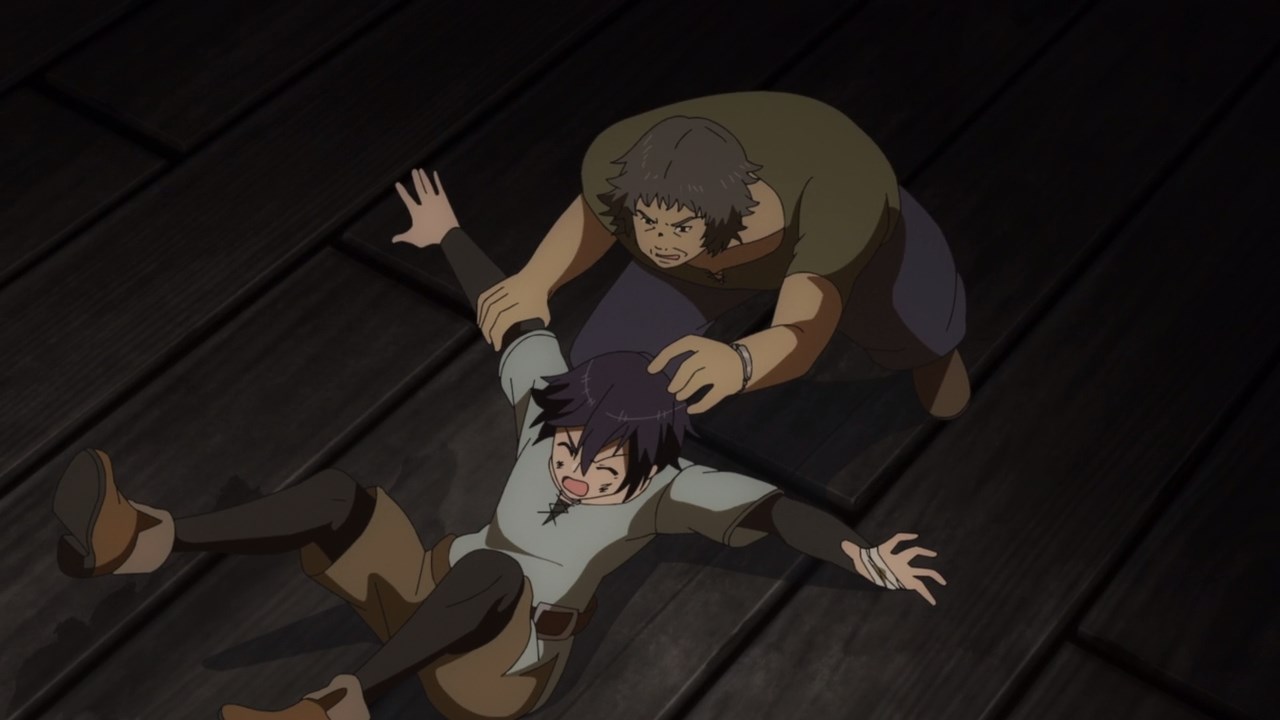 Okay, did Ginji decides to play hero and took down Hiro in order to act innocent in front of those highly-intelligent NPCs? What a fuckin’ scumbag he is! 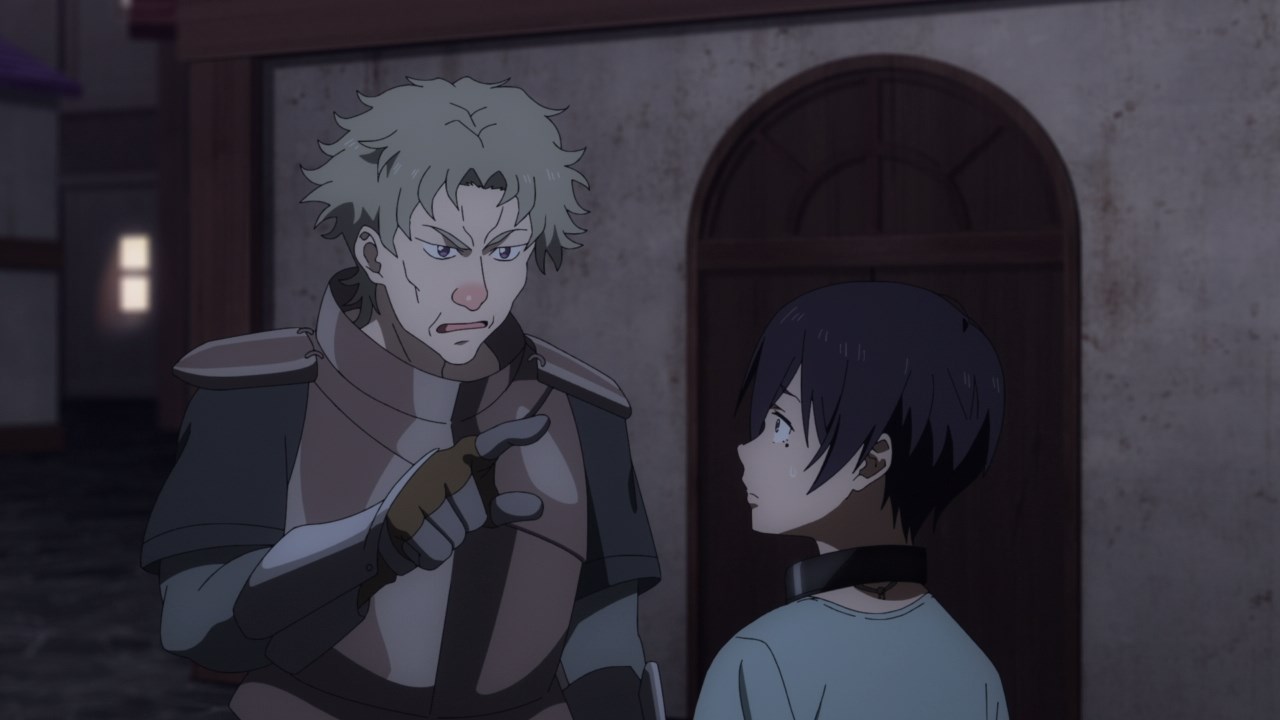 Anyways, the warden told Hiro not to make his escape or he’ll regret it. Oh yeah, and this guy doesn’t believe that Hiro is the chosen hero. 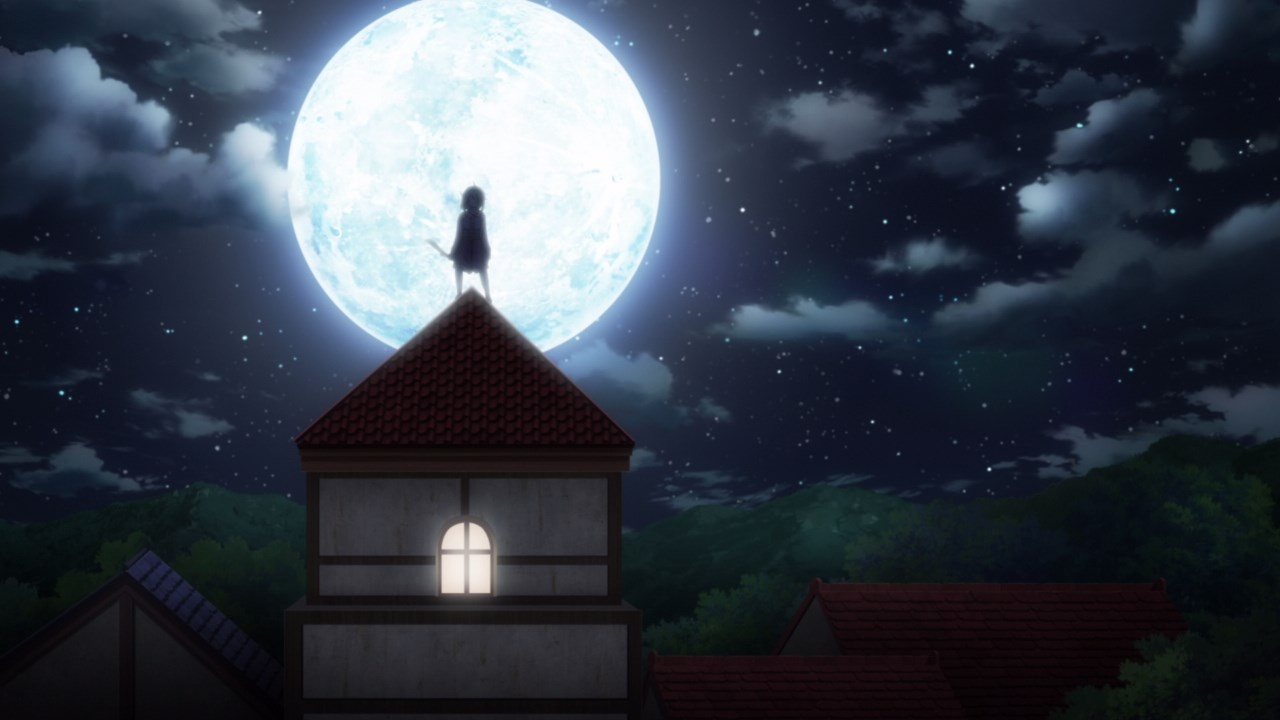 Of course, should Hiro tries to bail out of his cell, there’s one woman who’s currently watching him from afar. 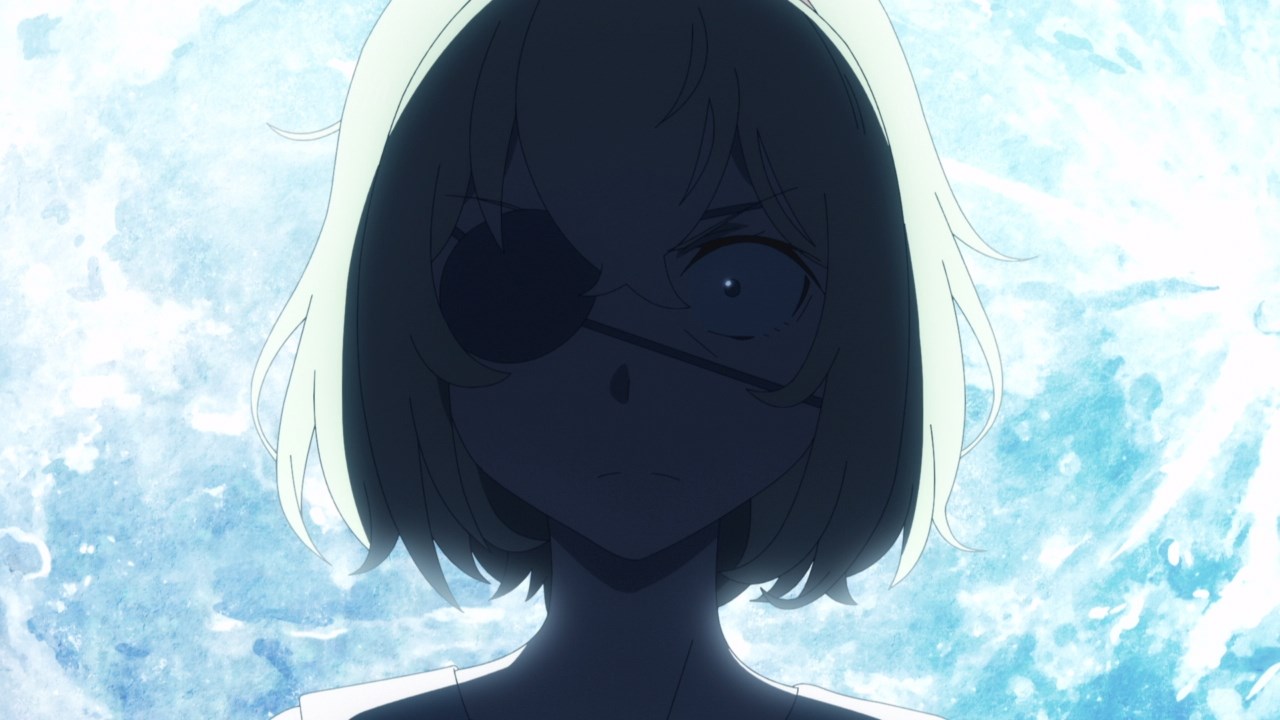 That’s right, it’s Alicia and my god, she’s becoming more like Goro Majima from Ryu ga Gotoku! (or Yakuza for the international audience). 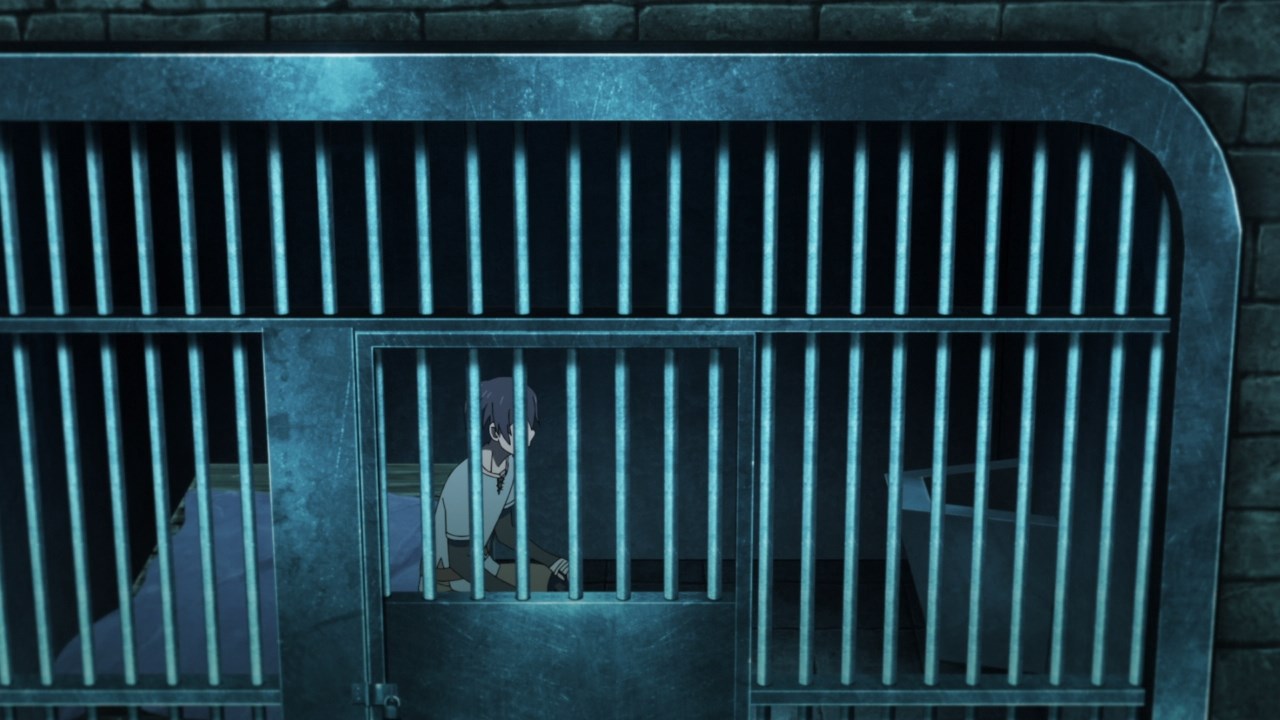 Anyways, Hiro is stuck inside the prison cell where he can’t log out. In fact, he needs to complete an event first. 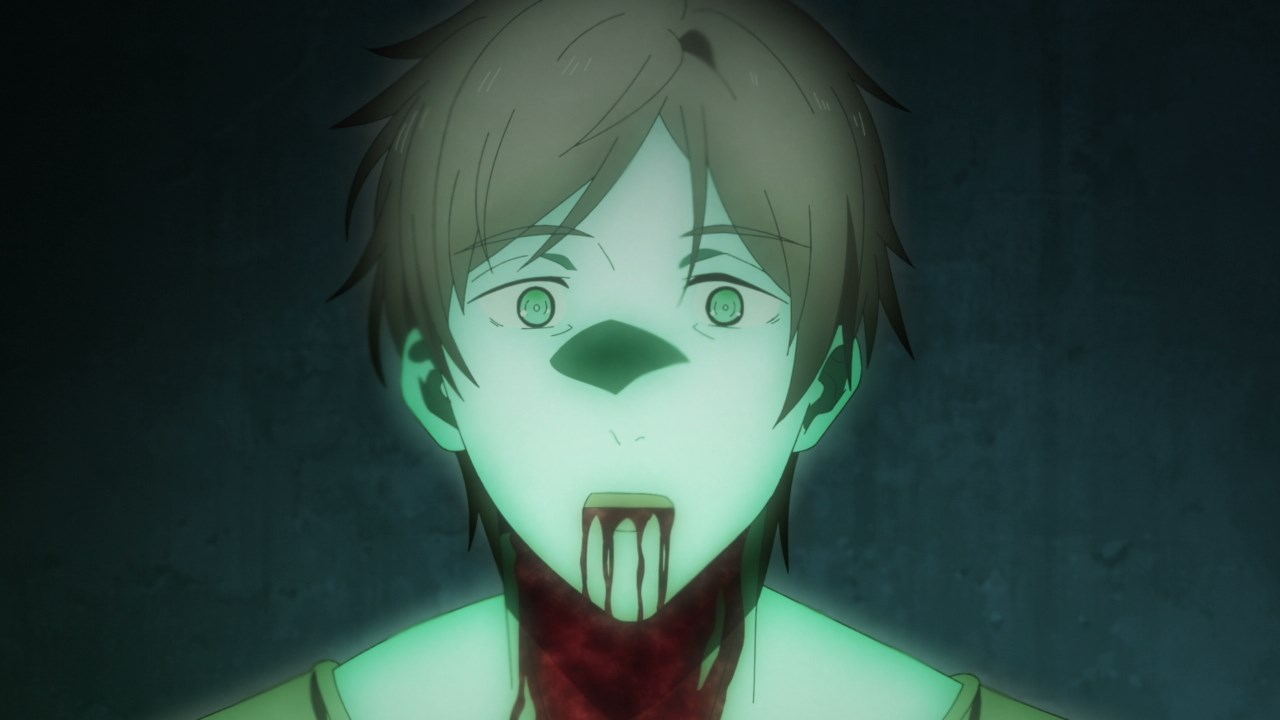 Still, the only thing that scares him is Martin where he appears as ghost and he’s really angry that Hiro accidentally killed him in the first episode. 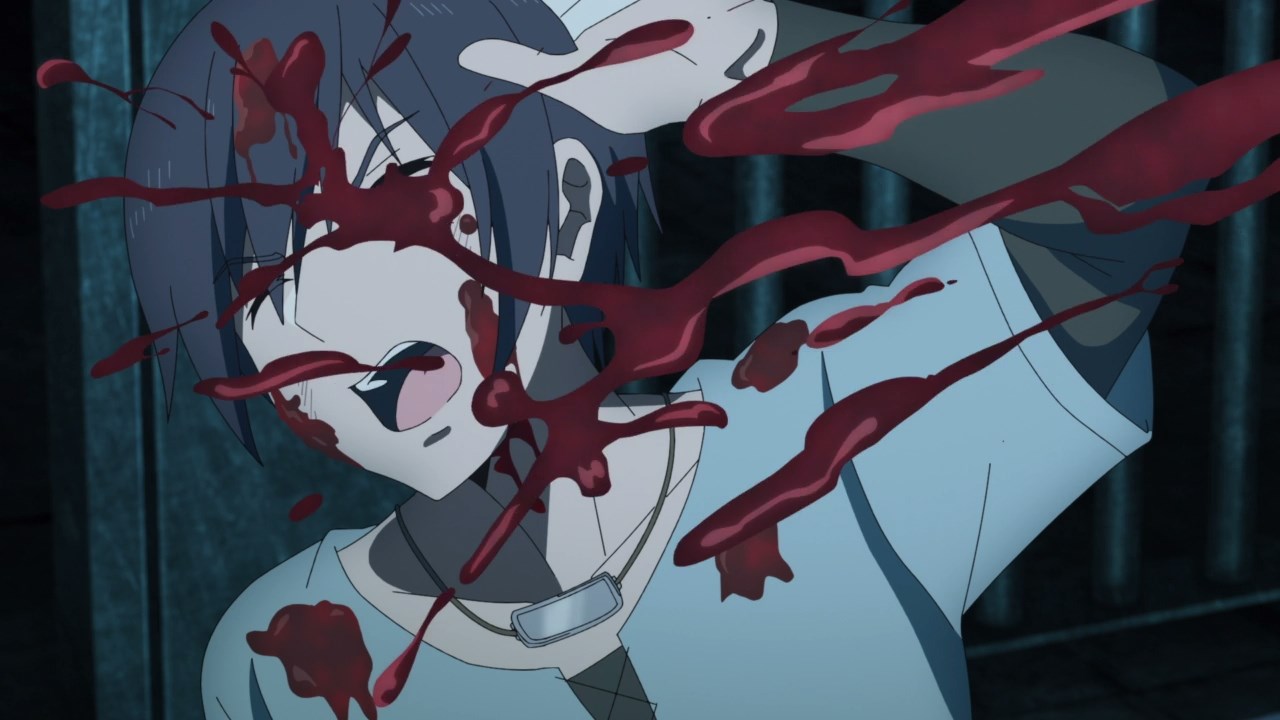 Hell, Martin even coughs blood in front of Hiro. Totally terrifying experience for him! 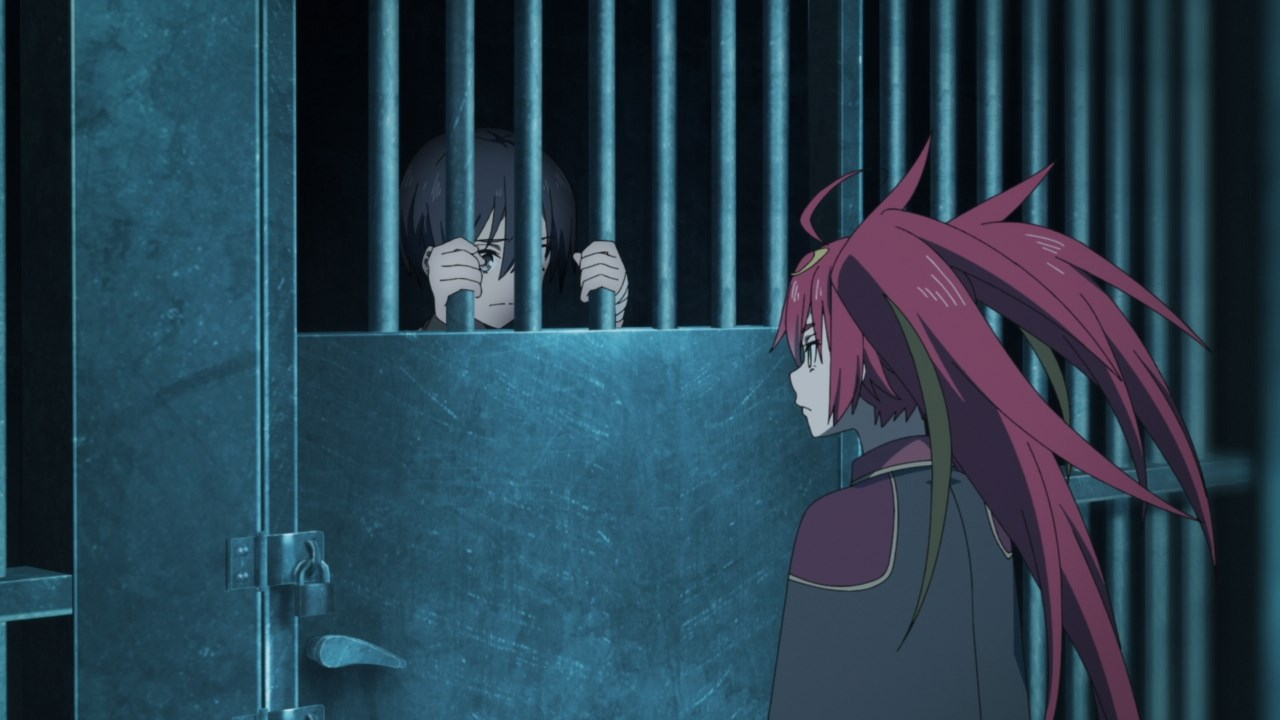 Well, except that it’s all in his head as Hiro was called by Mizarisa where she’s gonna set him free. Yay, now he can finally save the world! 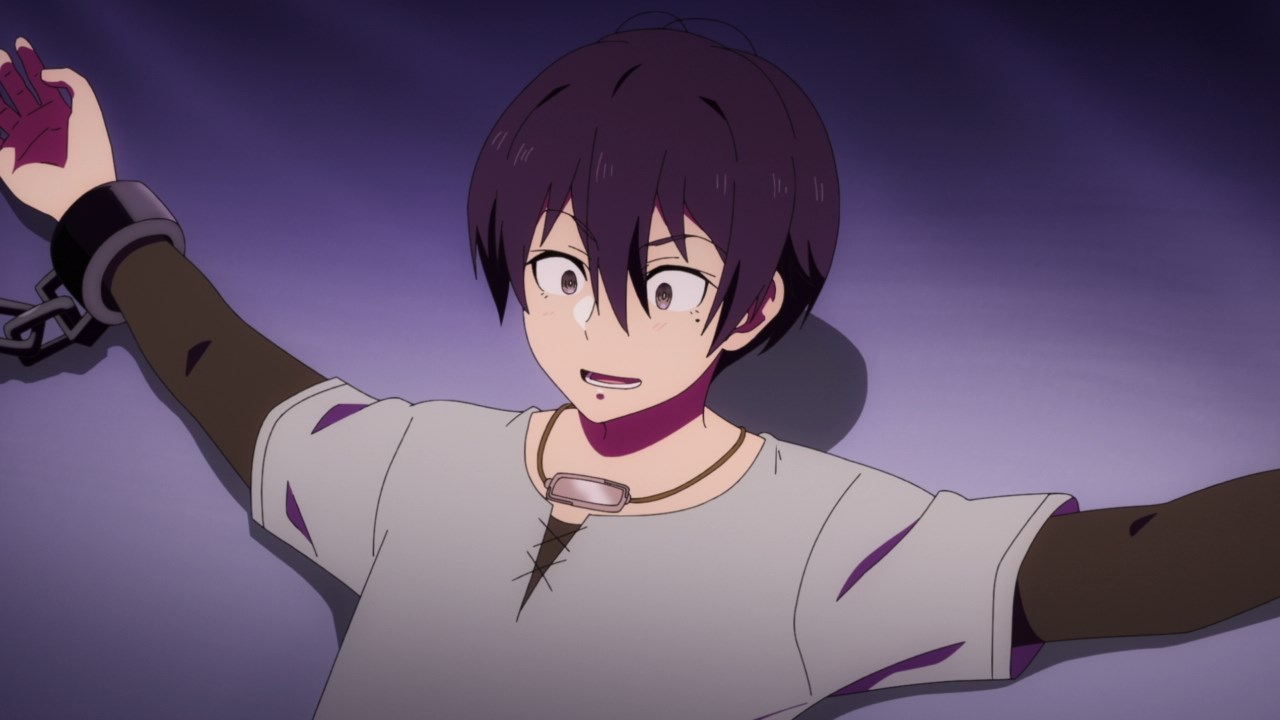 Well the truth is that Mizarisa is gonna torture Hiro by cutting his limbs off until the demon that was supposedly resides him will go away. This is not a kinky play anymore! 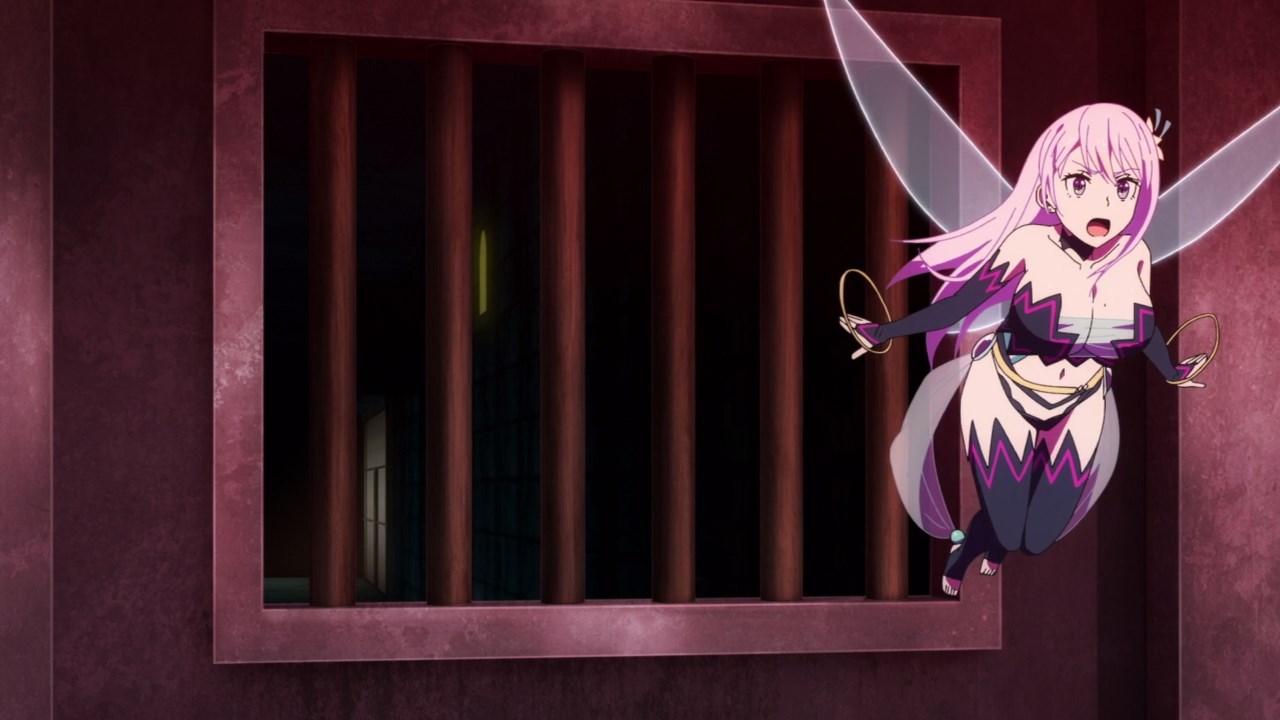 Luckily, Reona has finally arrived, albeit a bit late as she was watching a certain Studio Ghibli film on TV. Man, does she have a Blu-ray copy of Castle in the Sky?

However, Reona find out that Hiro scared the shit out of Mizarisa that he peed his pants. How embarrassing! 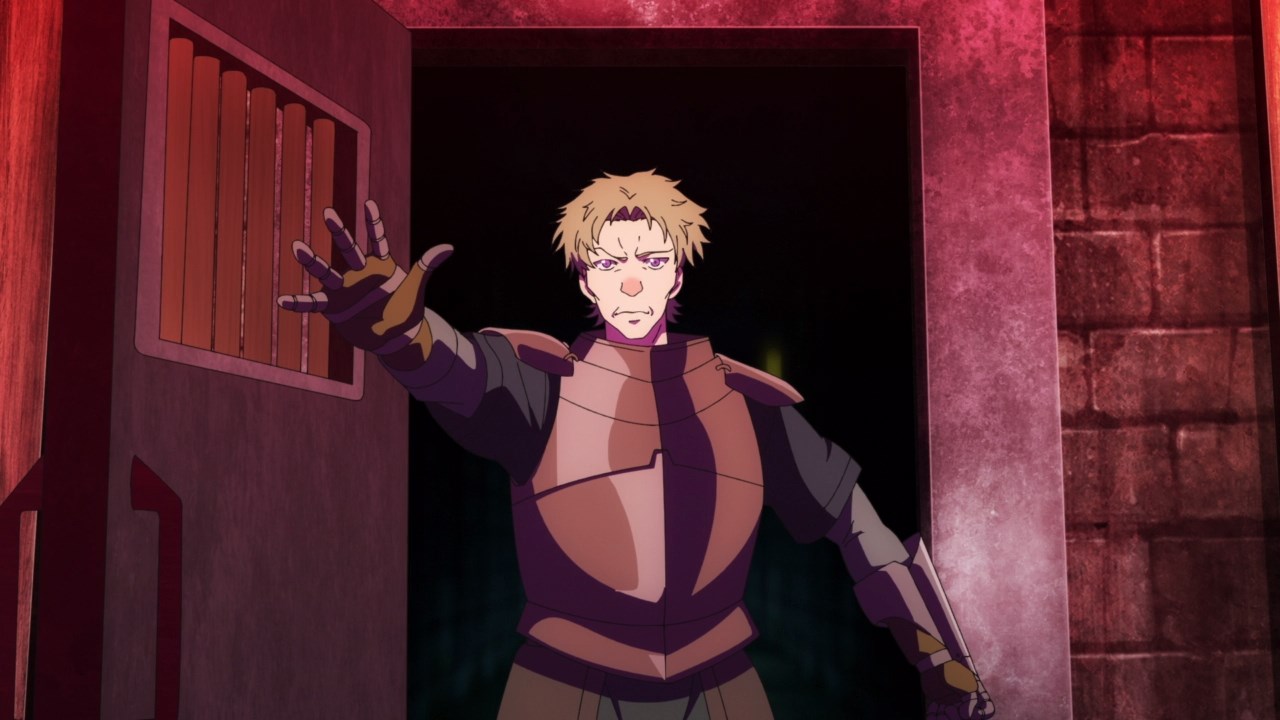 But wait, the warden decides to call off the torture, meaning that Hiro still kept his arms and legs although he’ll never escape the humiliation that is urinating himself. 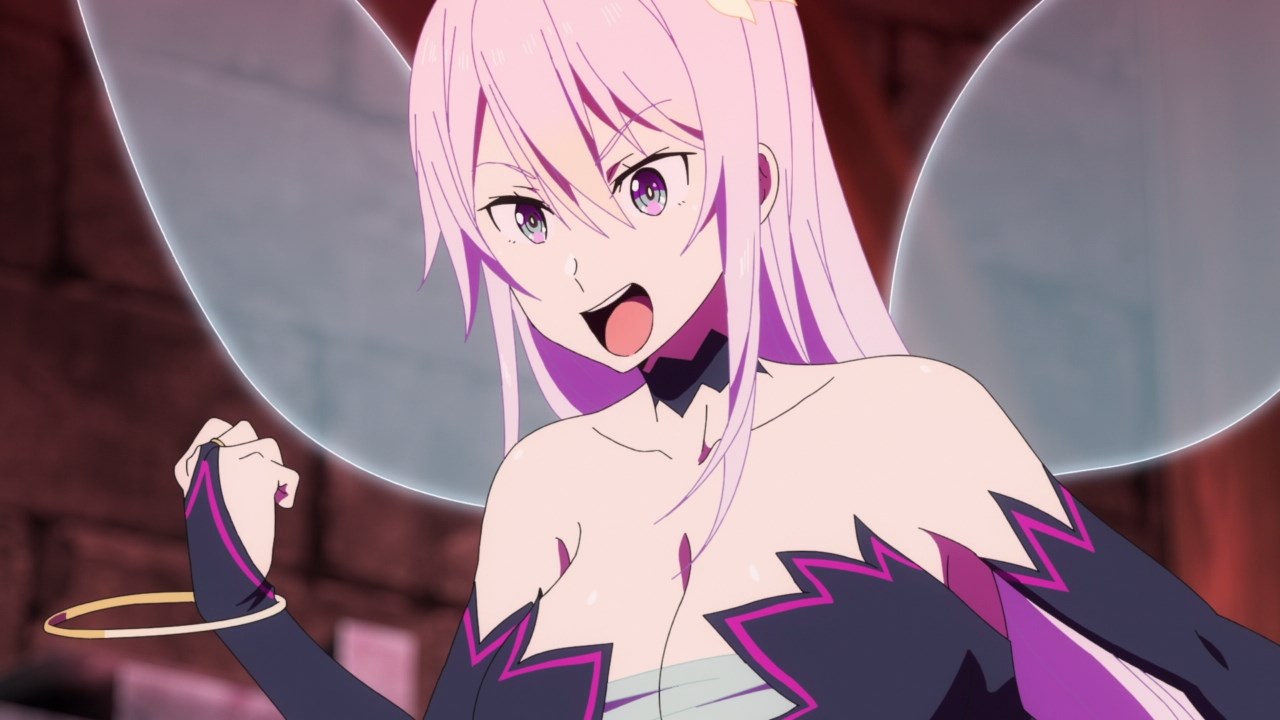 Anyways, Reona is thrilled that Hiro survived the torture. Not only that, but he gained a new title.

Of course, Reona told Hiro that the real fun starts now in Kiwame Quest as he might have a chance on getting out of this prison. 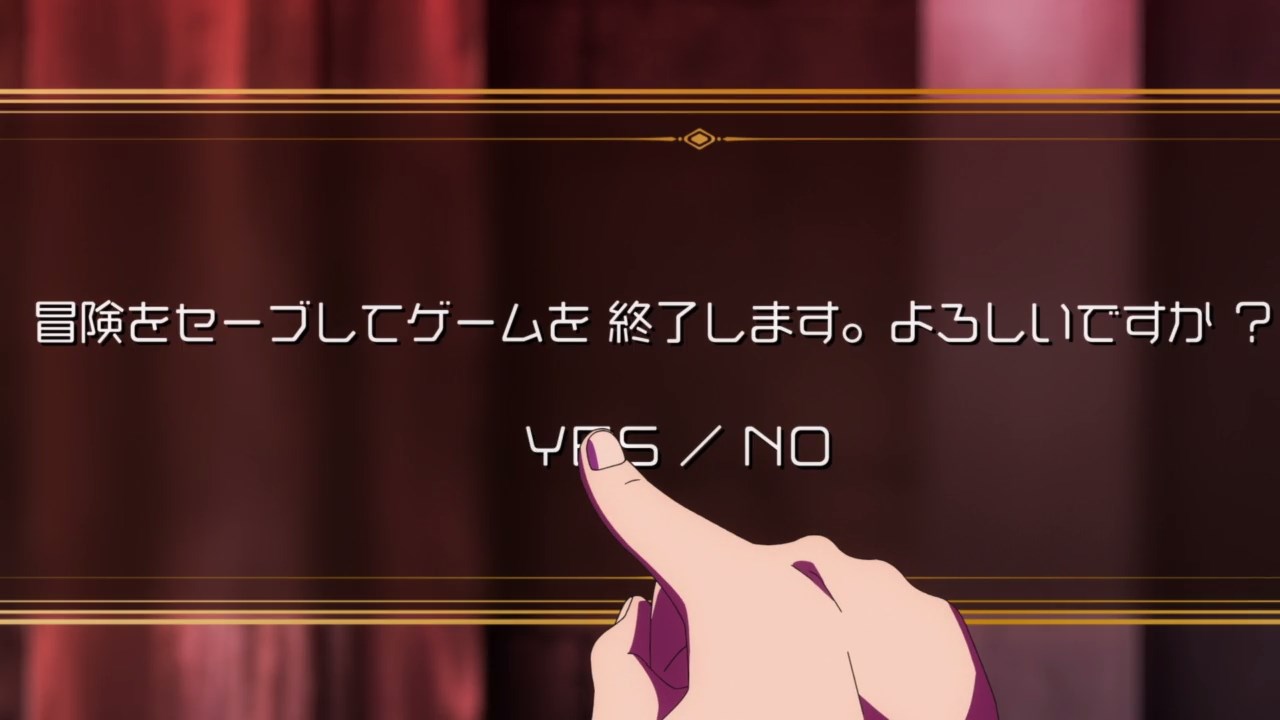 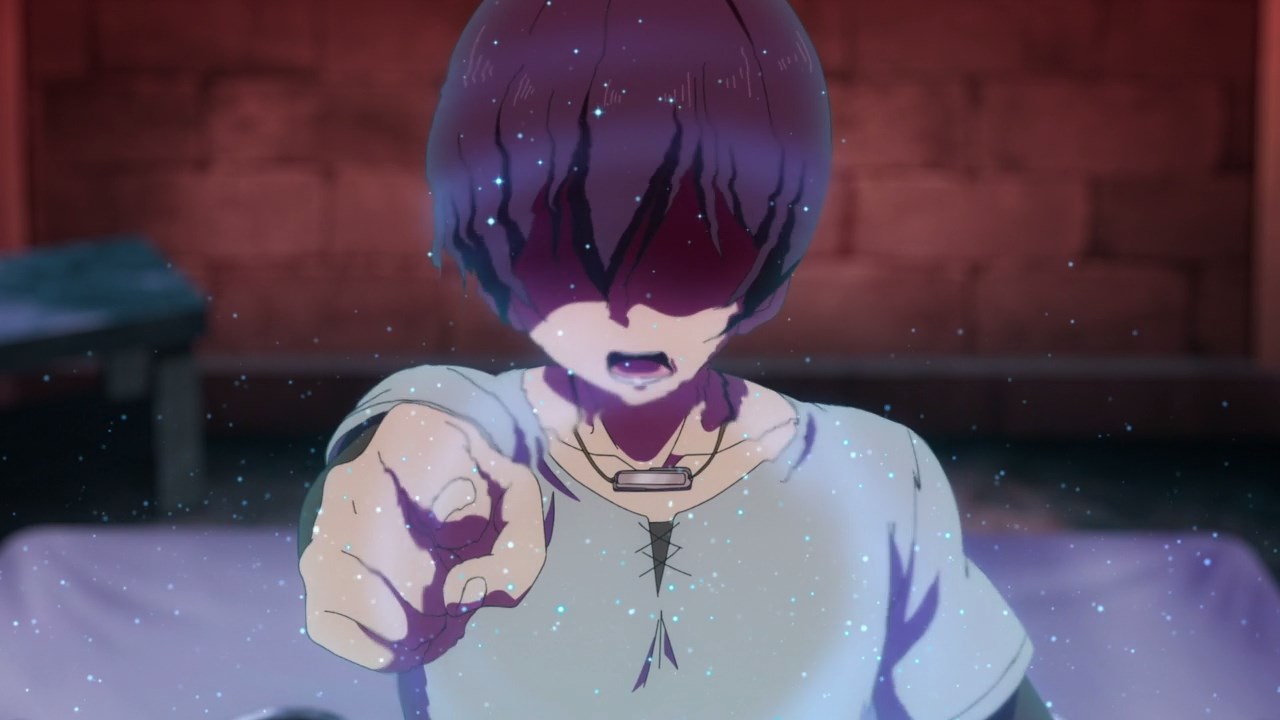 Sadly, Hiro decides to rage quit because for him, playing Kiwame Quest is shittier than real-life that he would rather play a fun game than experiencing pain. What a fuckin’ quitter! 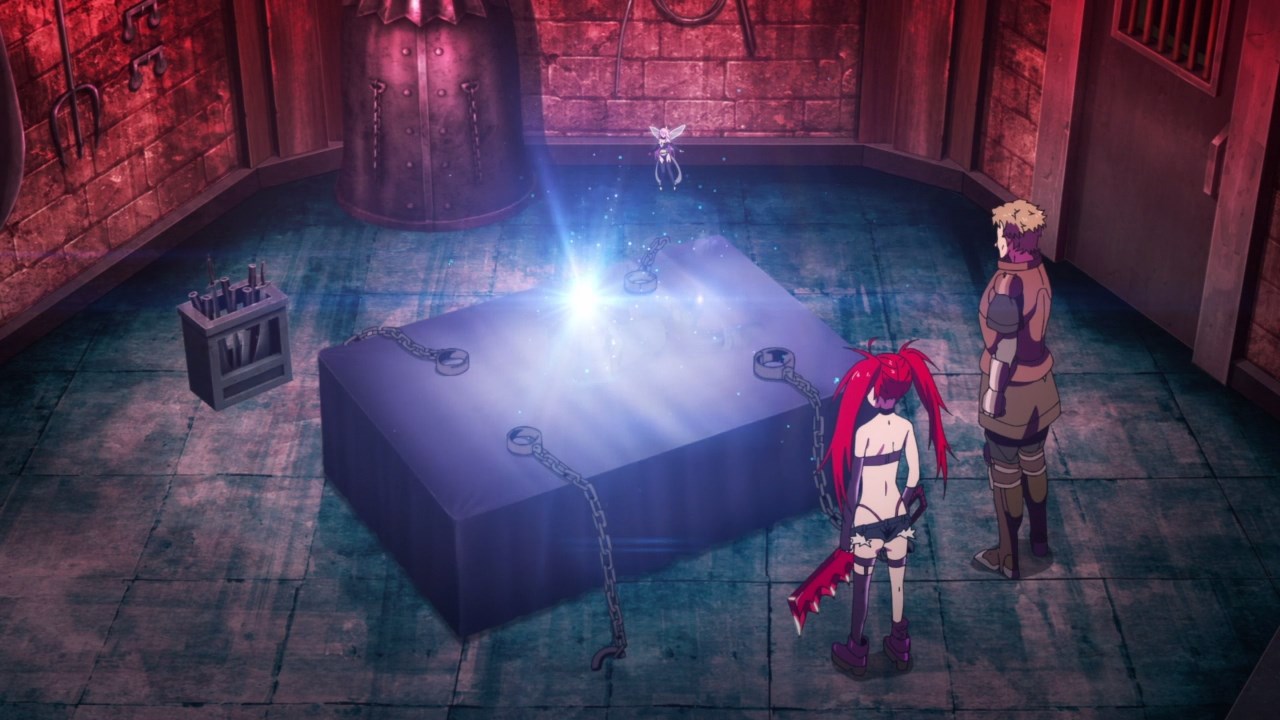 With that said, this is real bad as Hiro’s life is pretty much ruined thanks to Reona recommending a decade-old game.

Now, this would be the end of the anime but nope, we’ll have to see Hiroshi Yuuki suffer more next time!