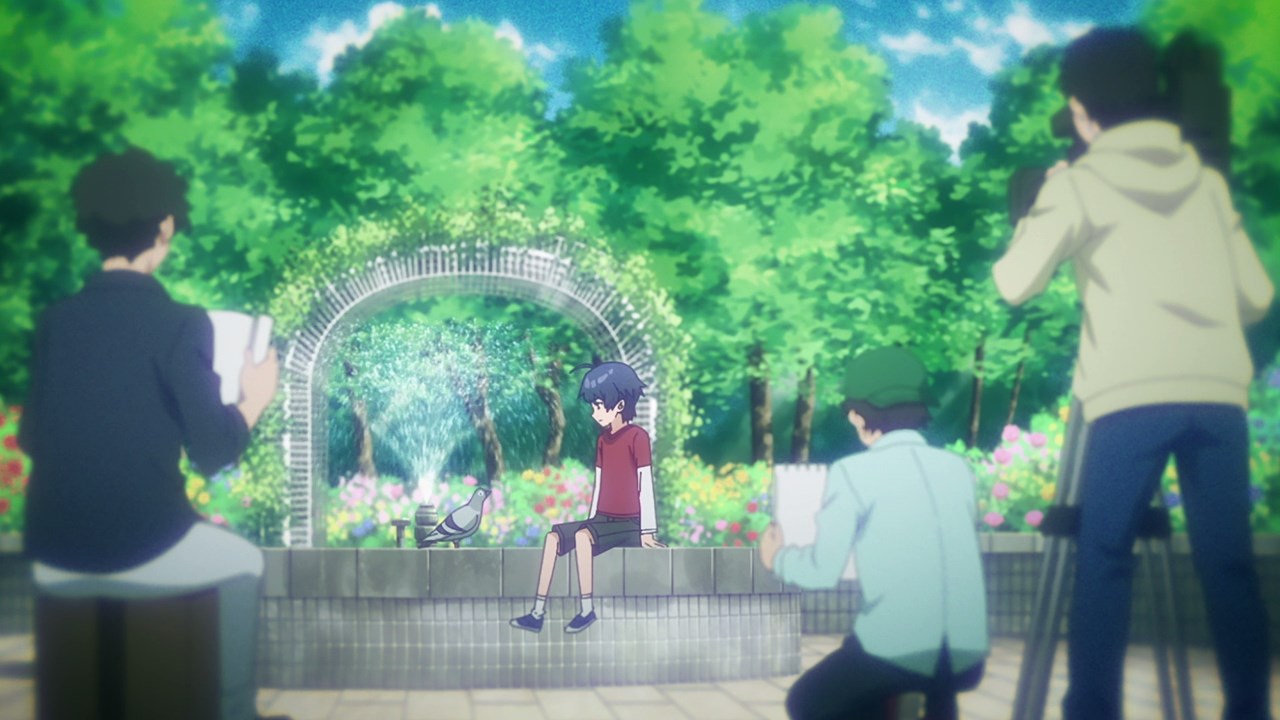 Well, this is interesting as Sueharu Maru was once a promising child star where he took the leading role of the hit TV drama series Child Star.

Of course, this episode will find out how Maru quit showbusiness since there’s no way that he would disappear in the limelight for 6 years. 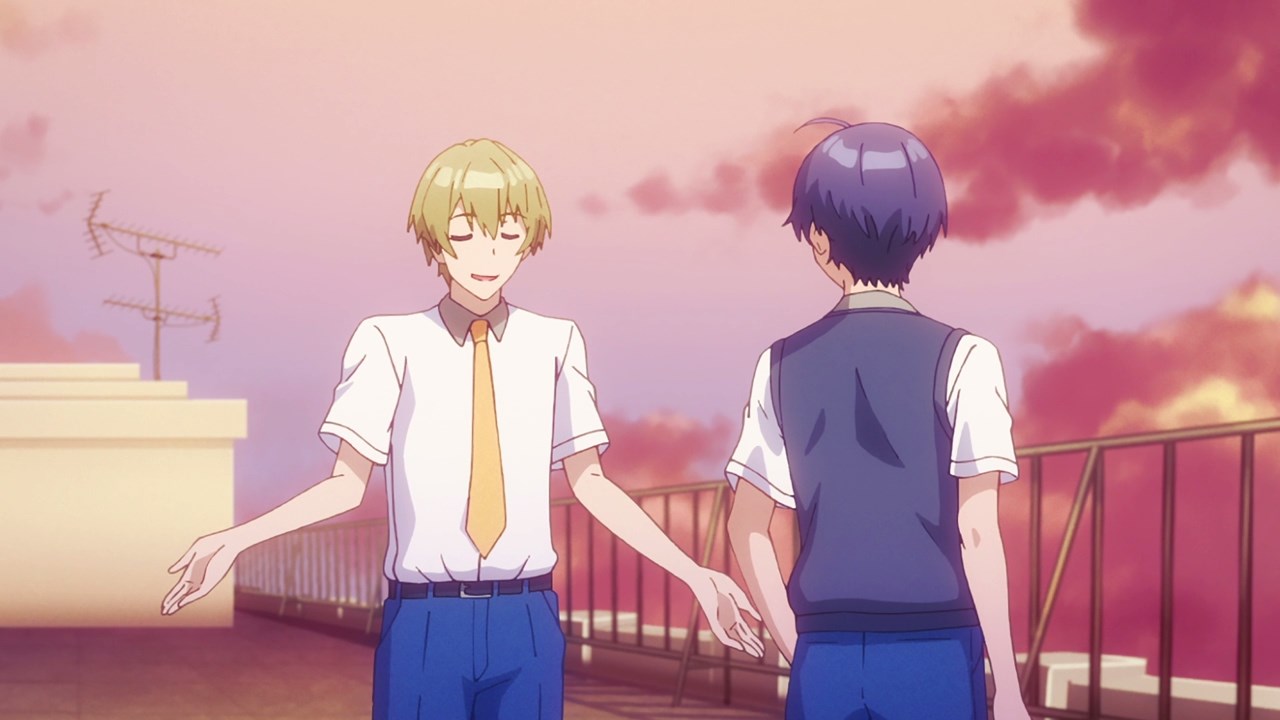 With that said, Mitsuru Abe is very disappointed that Sueharu Maru stop his acting career as Mitsuru was inspired by him, although Abe decides to rub salt on Maru’s wound by dating Shirokusa Kachi. 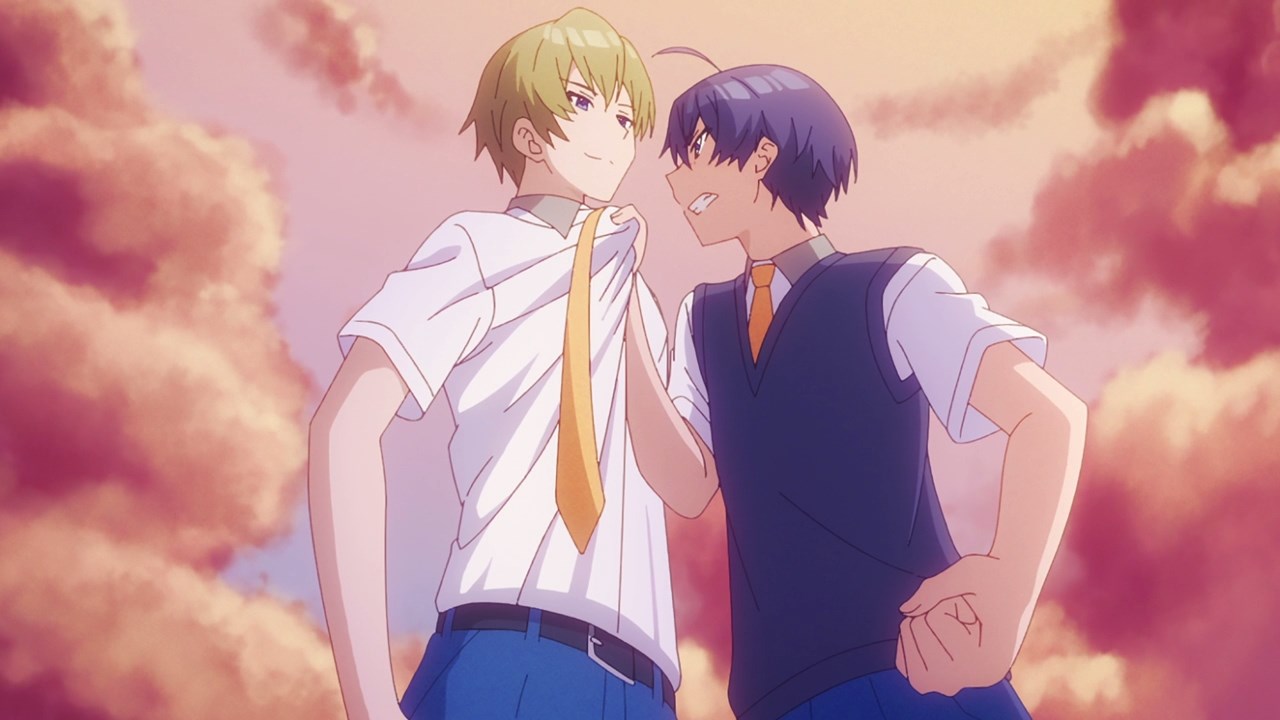 Of course, Maru doesn’t like it at all when Abe steals his crush away. Then again, I think Sueharu should put some restraint for the time being or he might get expelled. 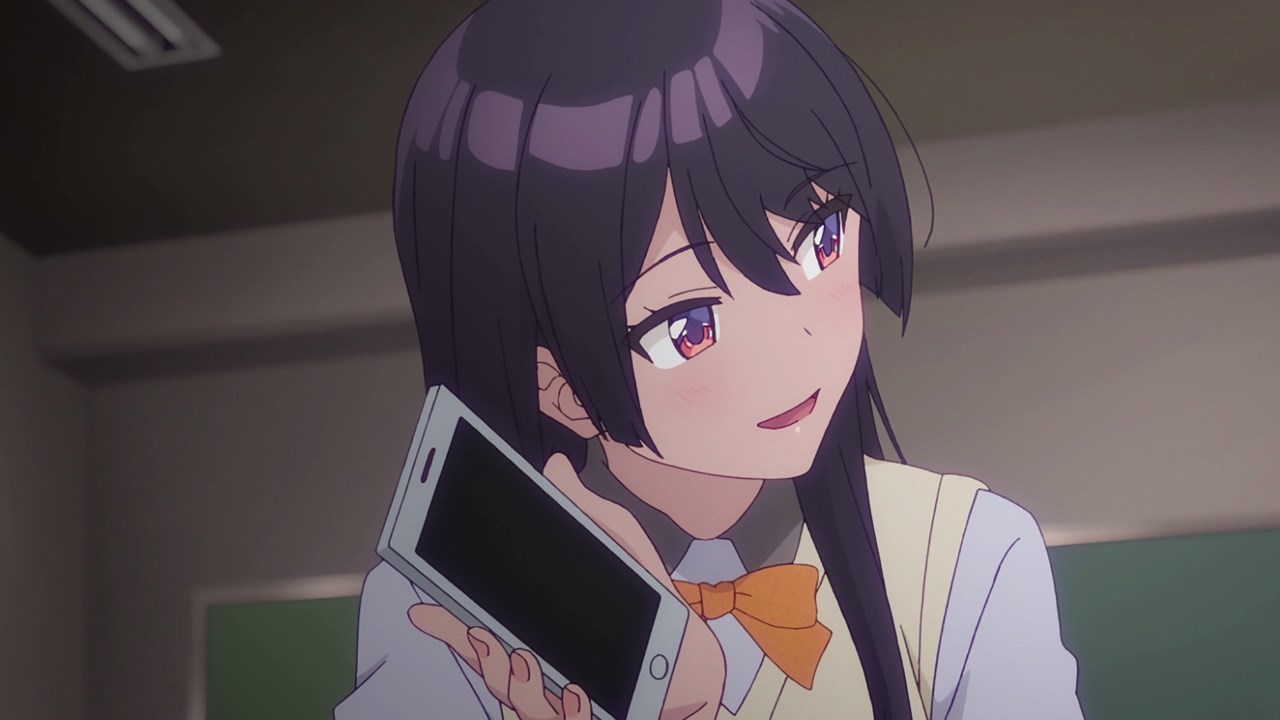 Meanwhile, here’s Shirokusa Kachi where she decides to share her NINE number to Sueharu Maru as she’s surprised that he’ll participate in a stage play as a leading role. 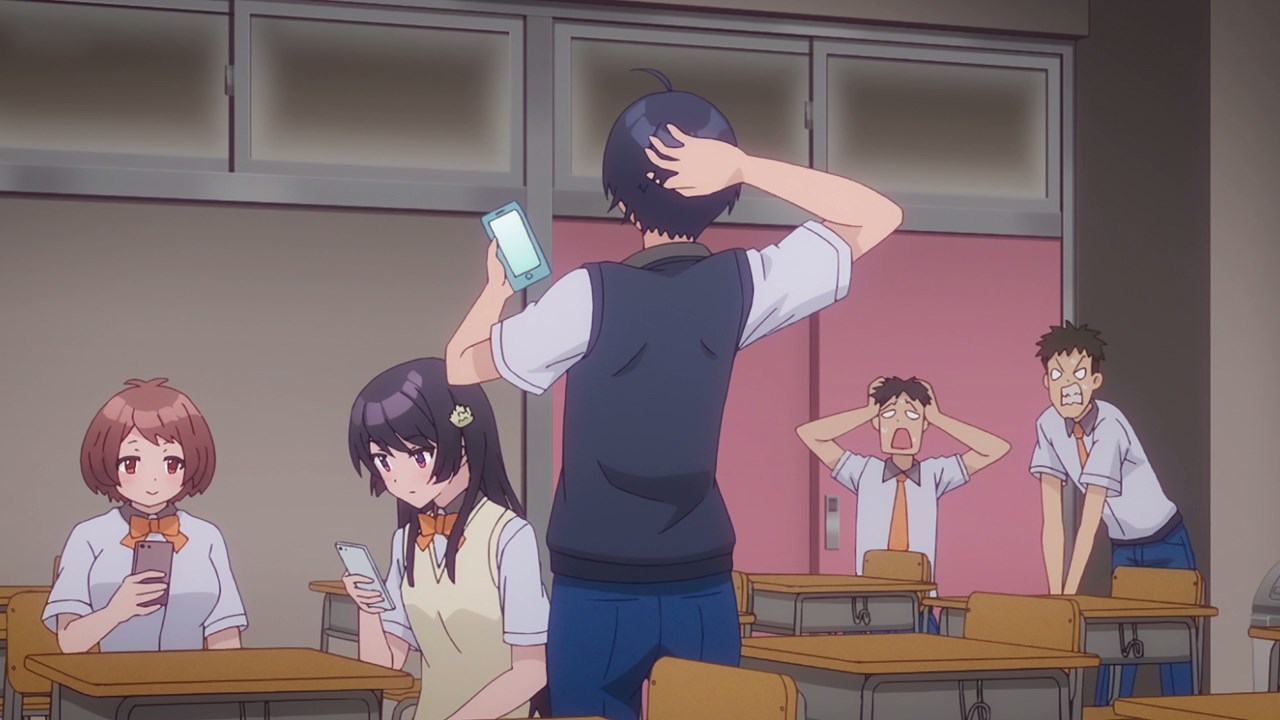 Speaking of Sueharu, looks like he’s really lucky that Shirokusa added him on her NINE friend list, although most of the boys are really jealous towards Maru. 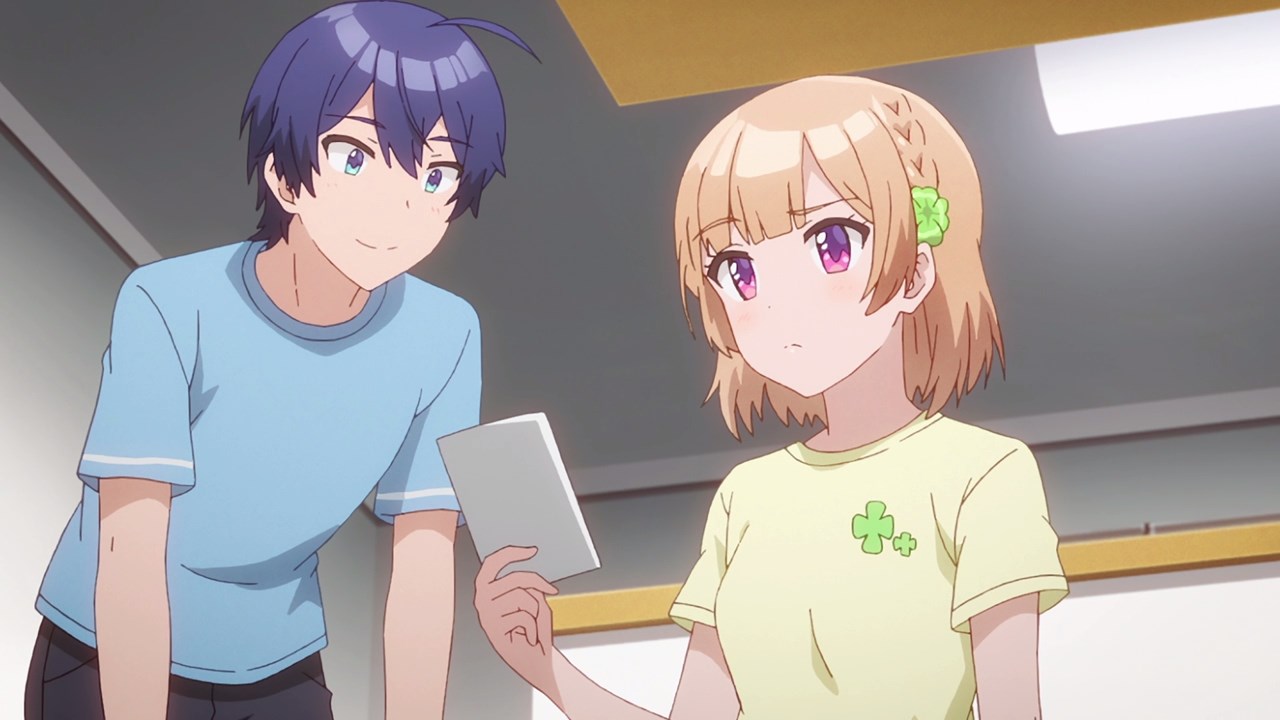 Now let’s move onto the next scene where Kuroha Shida saw a picture of a young Sueharu Maru and it seems that Sueharu remembered a certain friend he met back in the day. 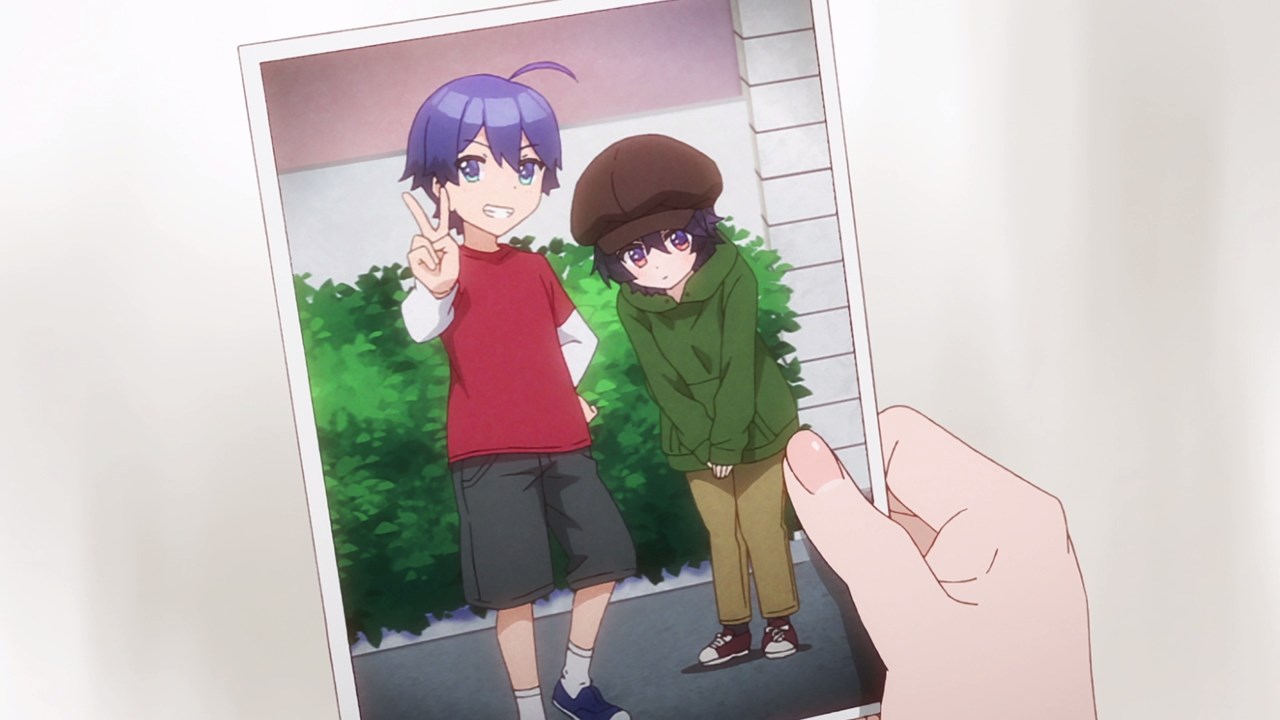 This friend’s name is Shiro where Sueharu met him back in the day, although he doesn’t know what happened to his friend afterwards.

Of course, we’ll get back to that person later ’cause there’s more to this story. 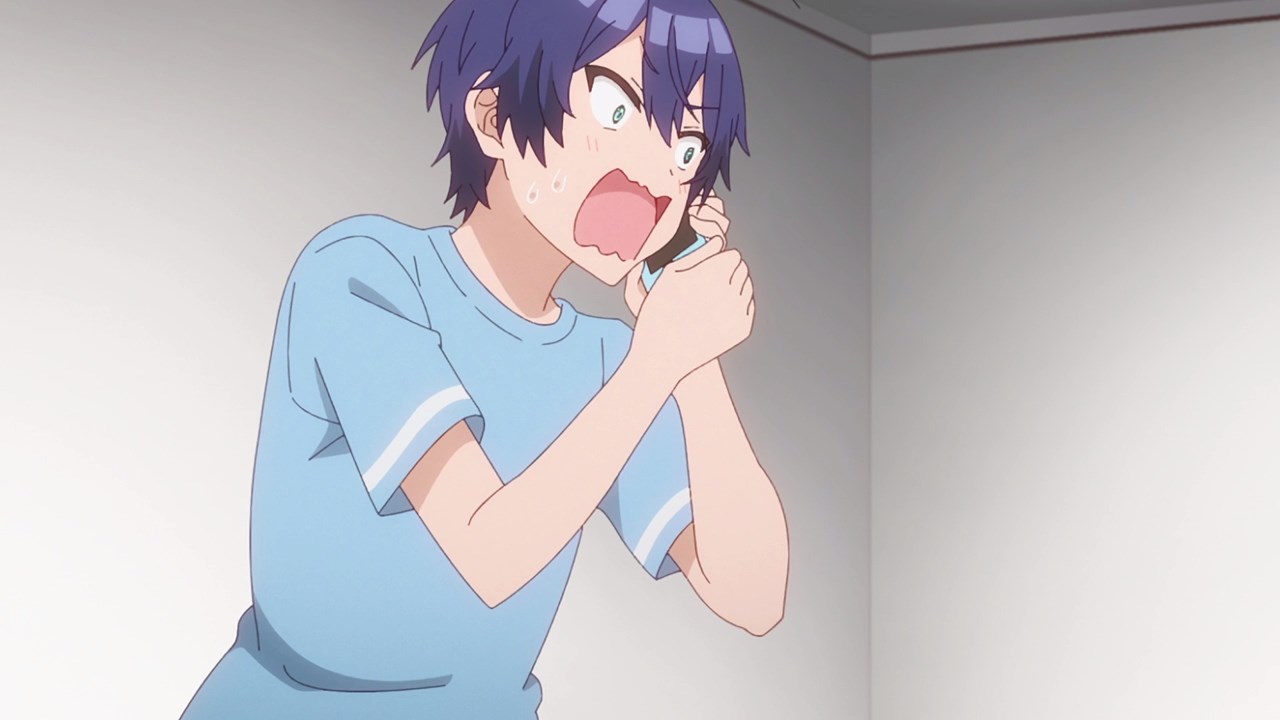 Right now, he’s being called by Shirokusa via NINE, although Sueharu is getting flustered because not only he’s really nervous on talking to a celebrity, but he feared that Kuroha might hear it. 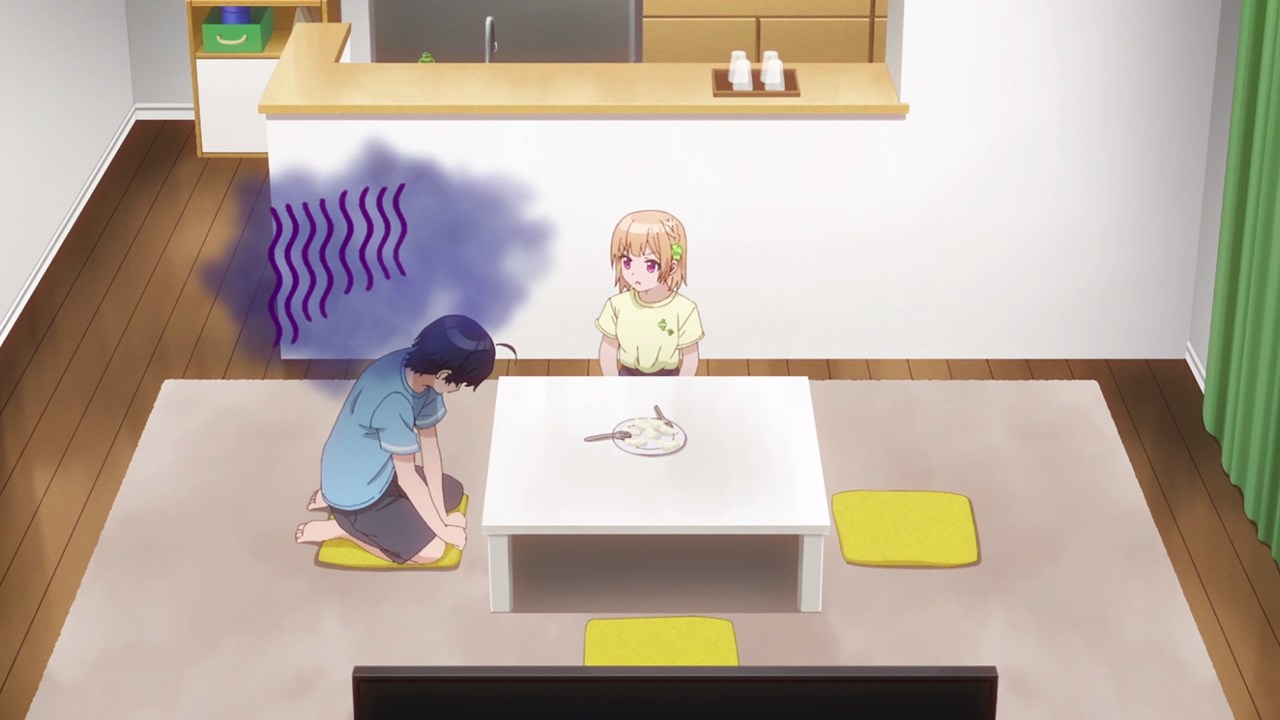 Sadly, the jig is up as Kuroha Shida knew that Maru is calling Kachi, therefore she warned him not to get closer to Shirokusa ’cause she might humiliate him on stage. 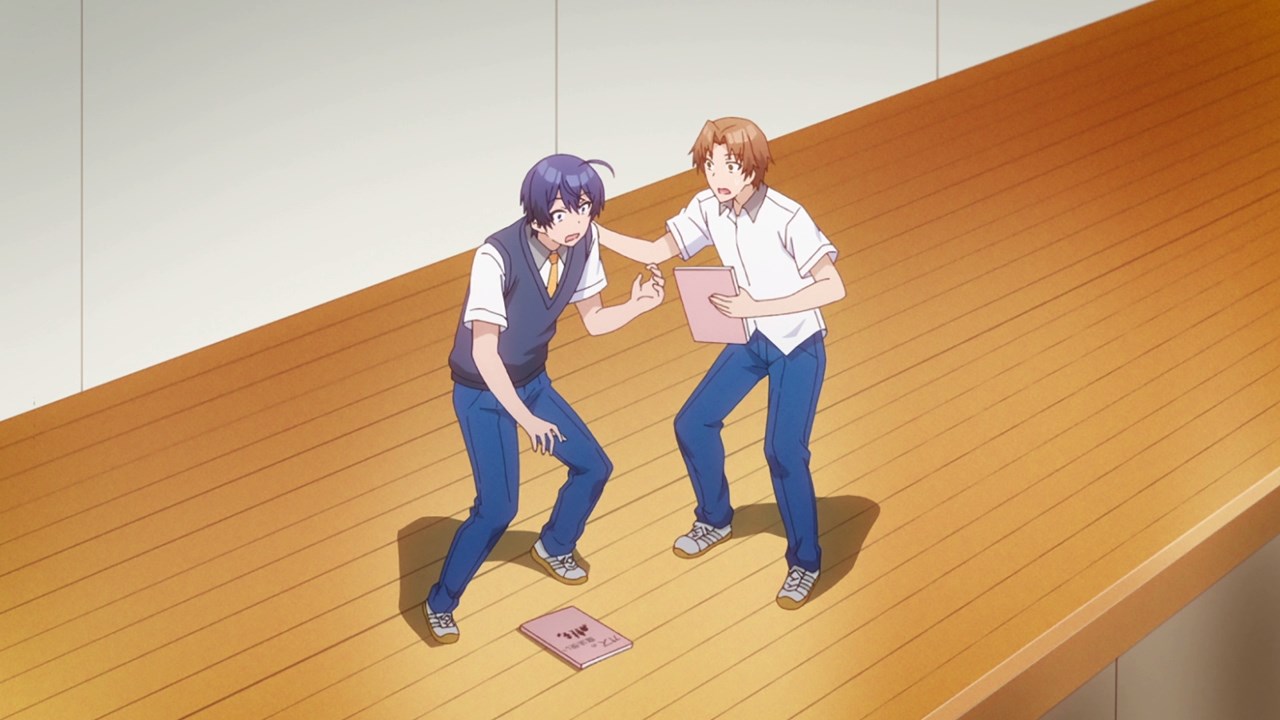 Now then, it’s time for Sueharu Maru to practice some lines together with Tetsuhiko Kai. Unfortunately, Sueharu is having a serious case of stage fright. 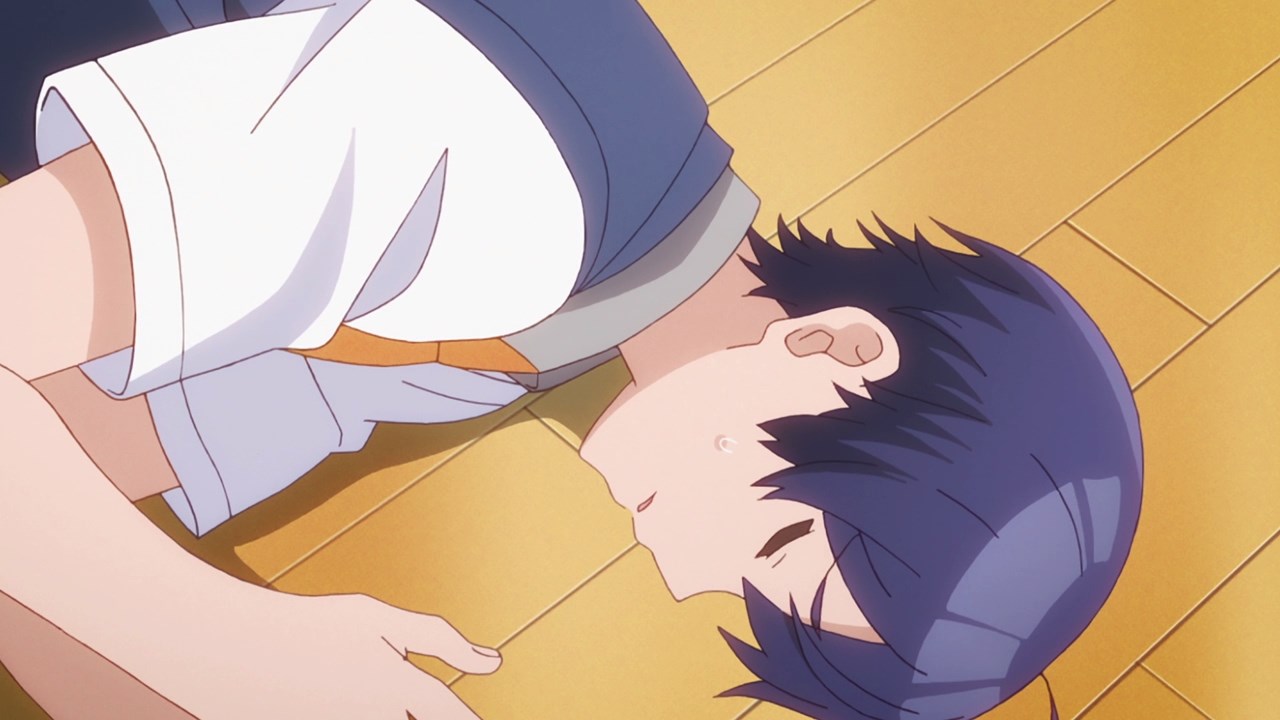 In fact, it’s very serious that Maru fainted. Is he getting rusty or Sueharu experienced a terrible trauma? 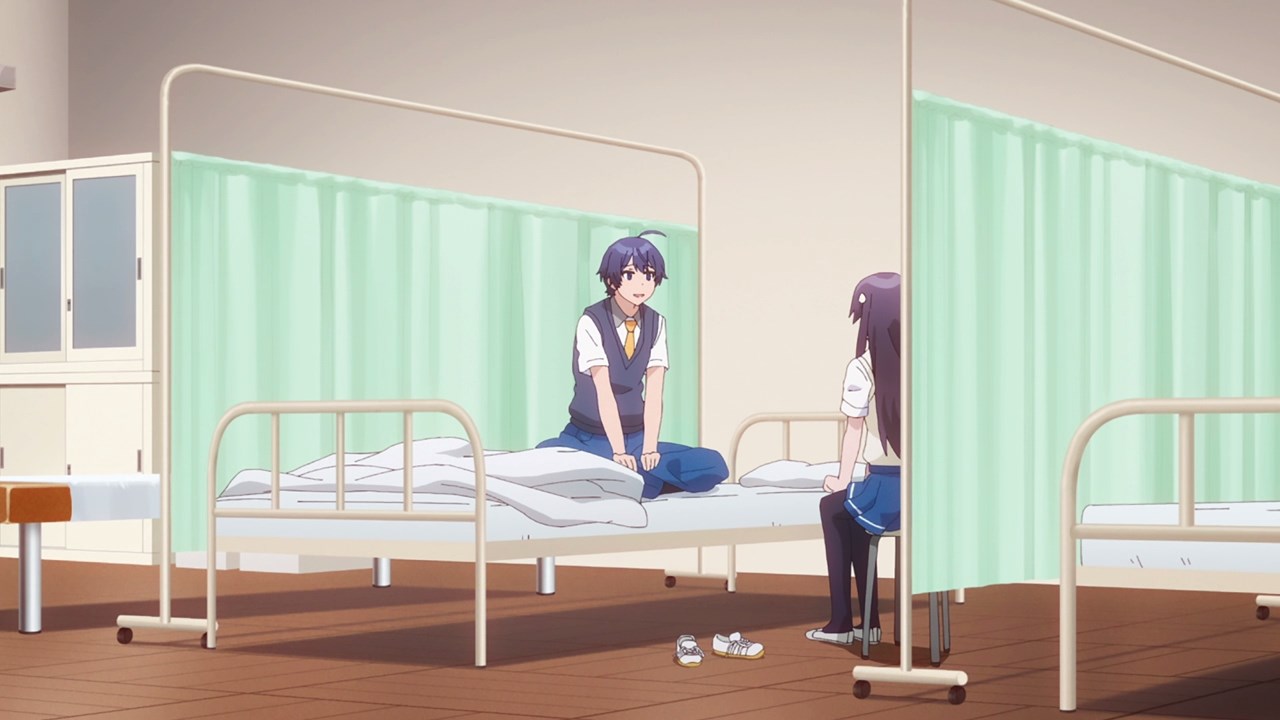 With that said, he was taken to the infirmary thanks to Shirokusa Kachi where she was suppose to give the script to Sueharu.

Oh yeah, the reason for Maru passing out? Well, it has something to do about his former child acting career. 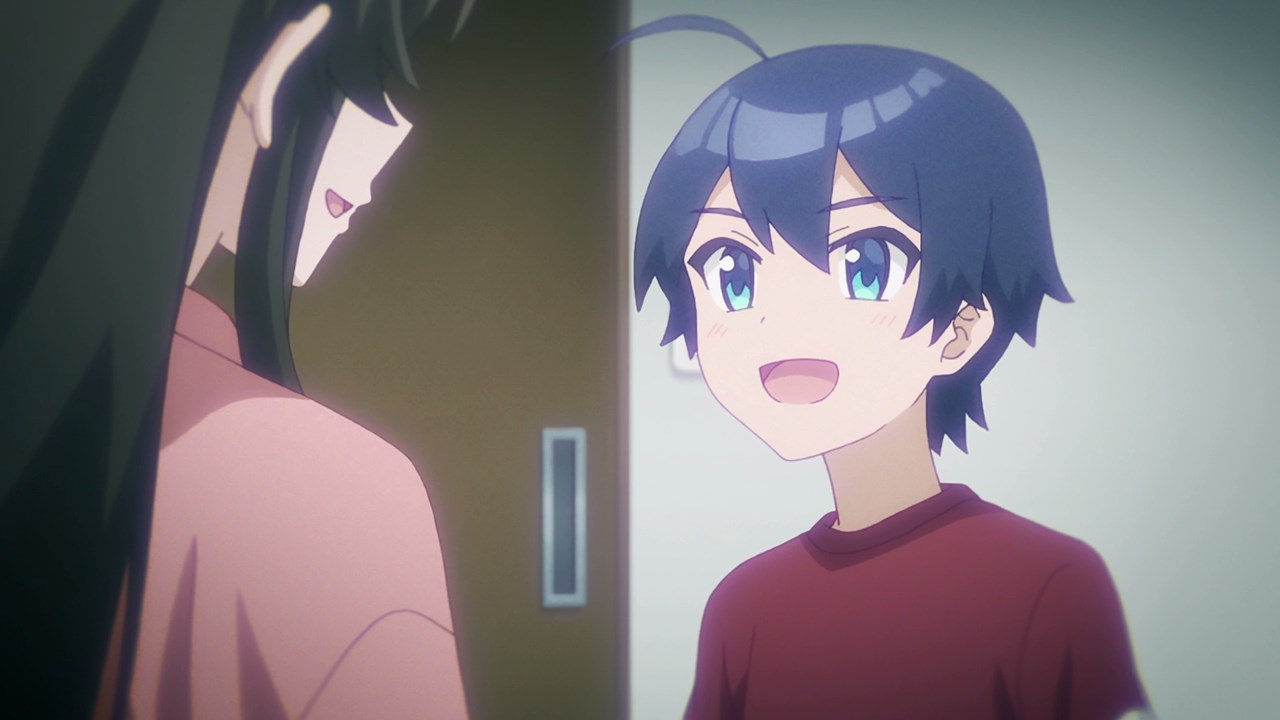 You see, it turns out that Child Star got another season in which not only he’ll reprise his leading role, but his mother will also take part in the 2nd season.

Regarding Sueharu’s mother, it seems that she’s really excited to have an acting role rather than supporting her son. Well, turns out that mother was a starlet where she wants to restart her career, riding on with her son’s success. 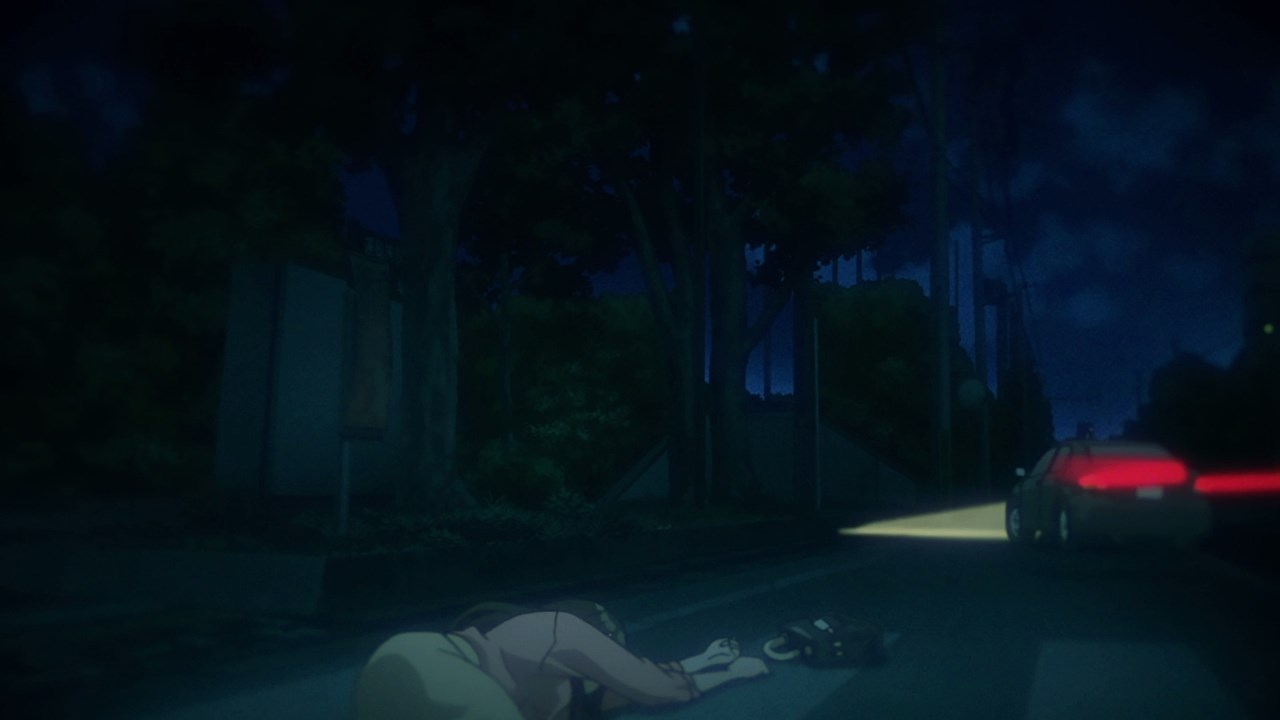 Sadly, her dreams were shattered when Sueharu’s mother died during a car accident scene in which it went horribly wrong.

For Sueharu, seeing his mother hitting her head on the pavement is a terrifying experience that he decided to quit showbusiness once the 2nd season of Child Star is over. 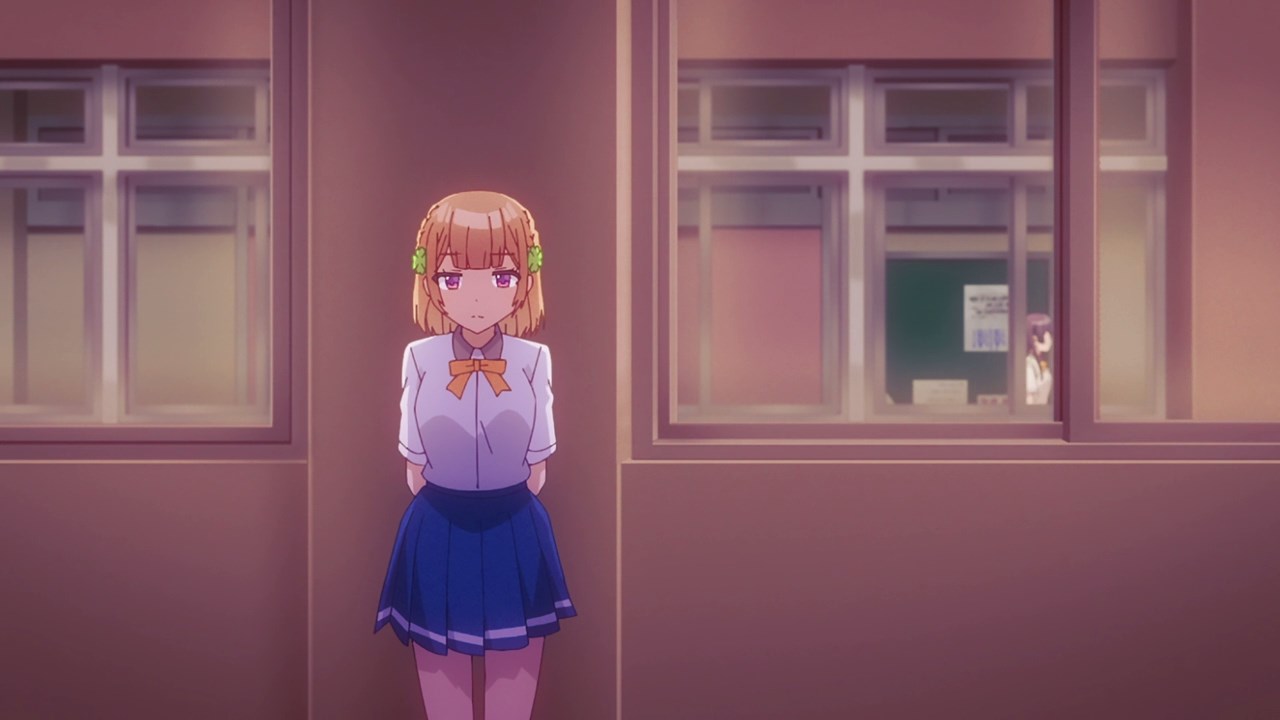 Anyways, Shirokusa left the infirmary after hearing Sueharu’s terrible past, although Kuroha is still very suspicious towards Kachi.

Oh by the way, remember Maru’s other childhood friend from 6 years ago? Well, it’s time to reveal who Shiro is? 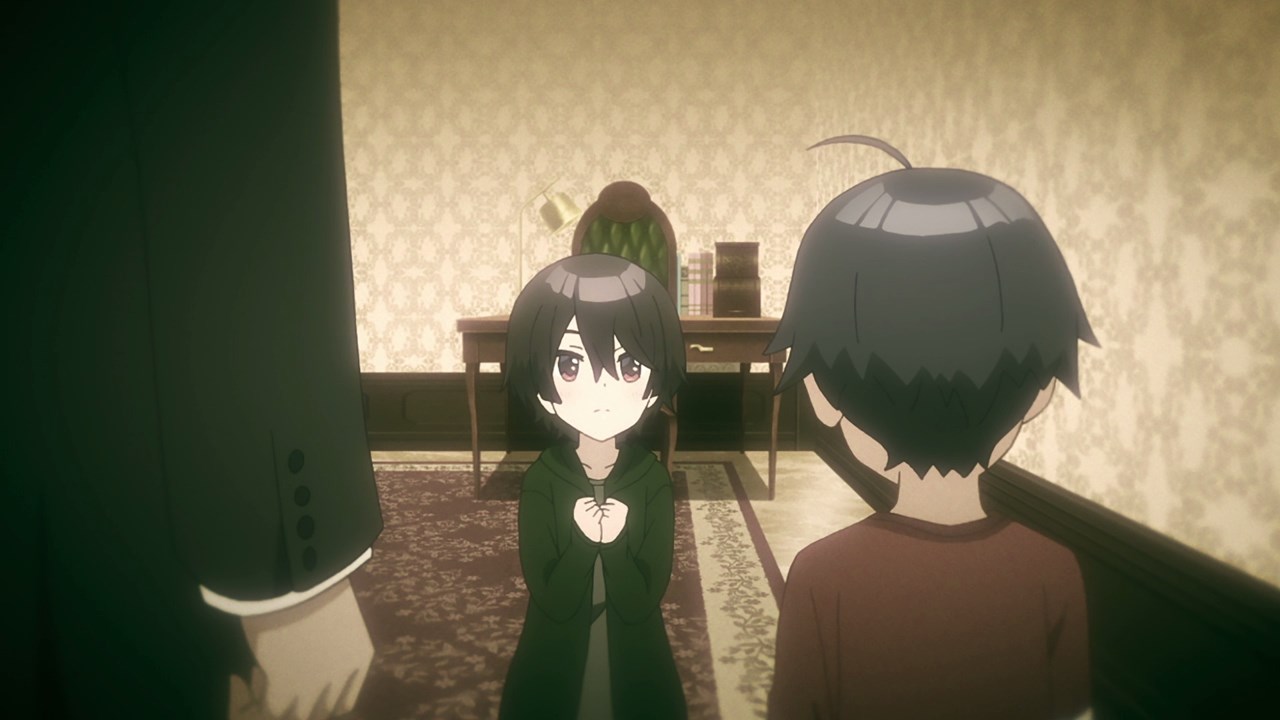 Well, turns out that Shiro is actually non other than Shirokusa Kachi where she was once a reclusive person until Shirokusa met Sueharu, while dressing up as a boy of course.

Oh yeah, the most interesting thing is that her meeting with Sueharu is the result of her father sponsoring the show. 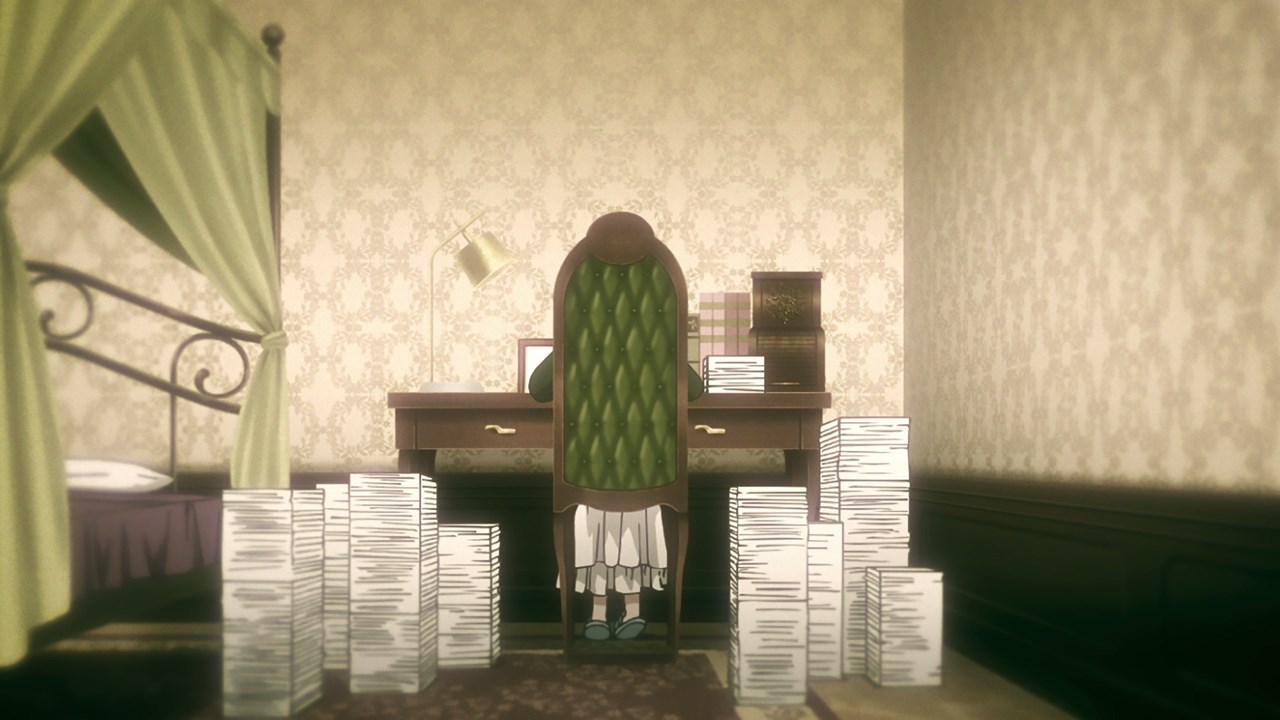 But once she found out that Sueharu won’t appear anymore, Shirokusa has decided to become a better novelist and join the world of showbusiness.

Of course, Sueharu Maru doesn’t realize that his old friend has become the hottest girl in Hozumino High School. I mean, his memory is still fuzzy after leaving his acting career behind. 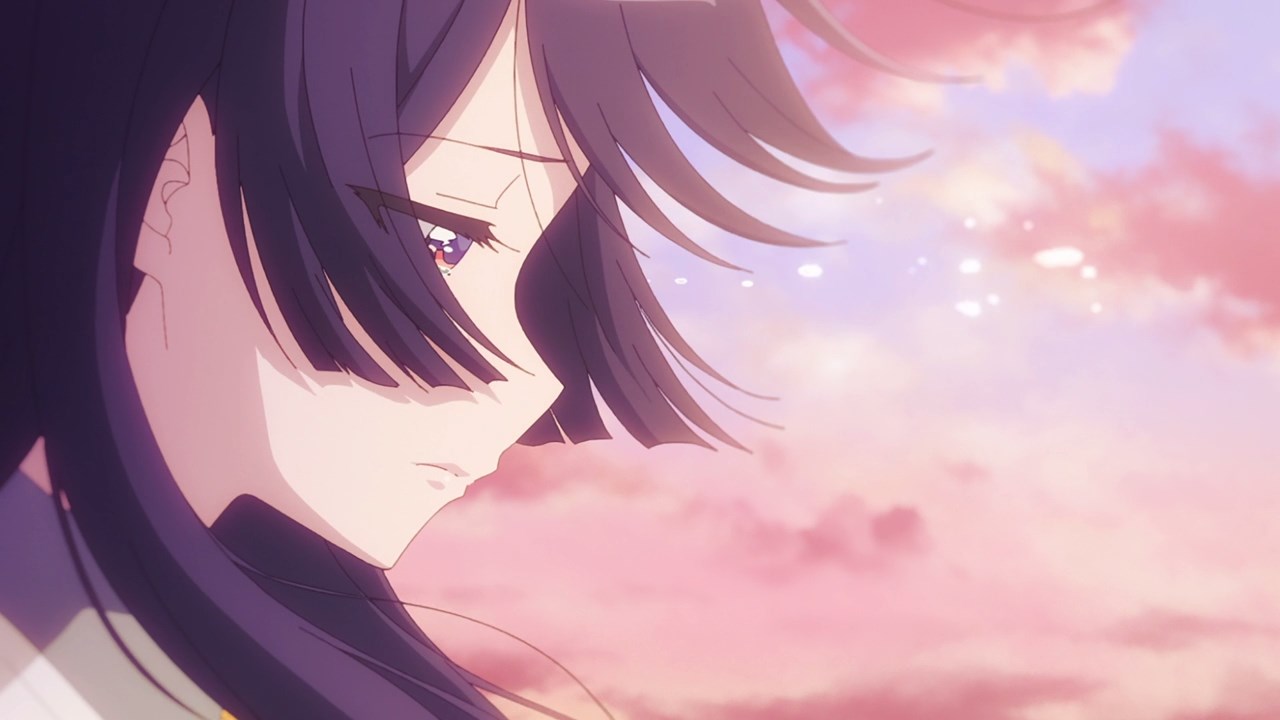 Still, I have some doubts about Shirokusa Kachi as even though she already knows about Sueharu Maru’s past, I’m very skeptical on whether she’ll humiliate Sueharu on stage or not.

Regardless, let’s hope that Sueharu Maru gets better on the next episode as he need to rekindle his passion for acting.