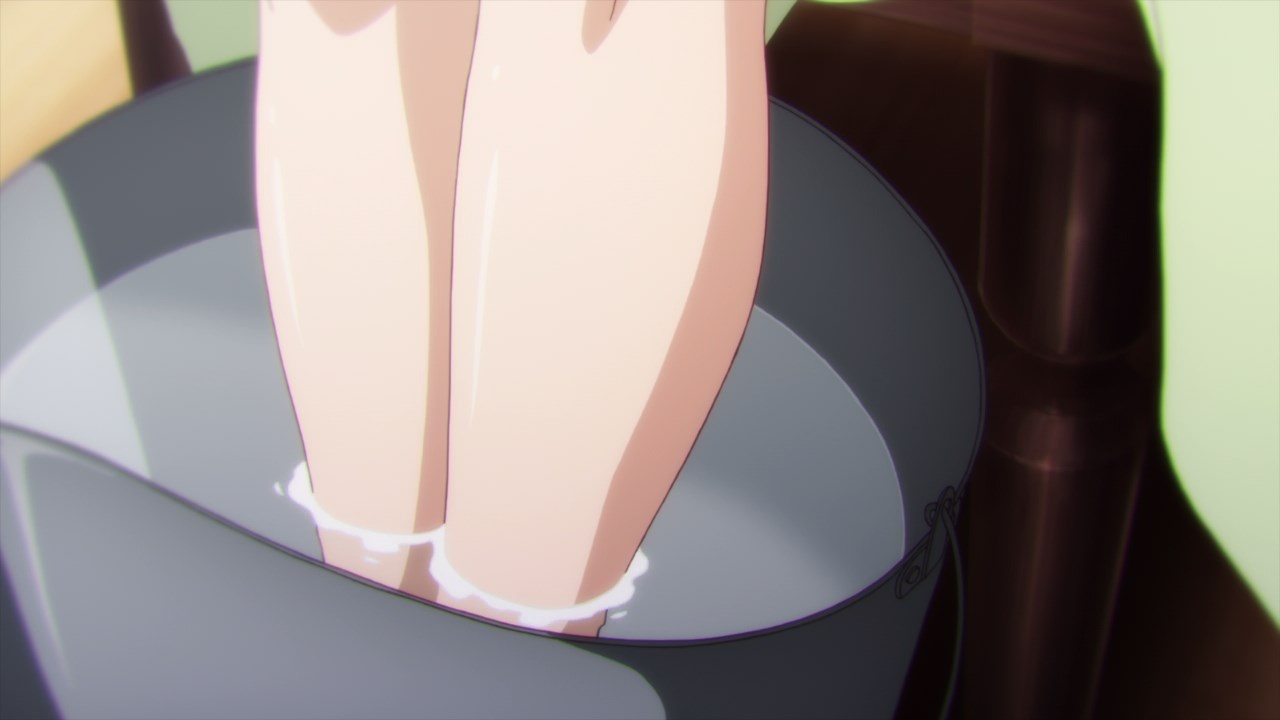 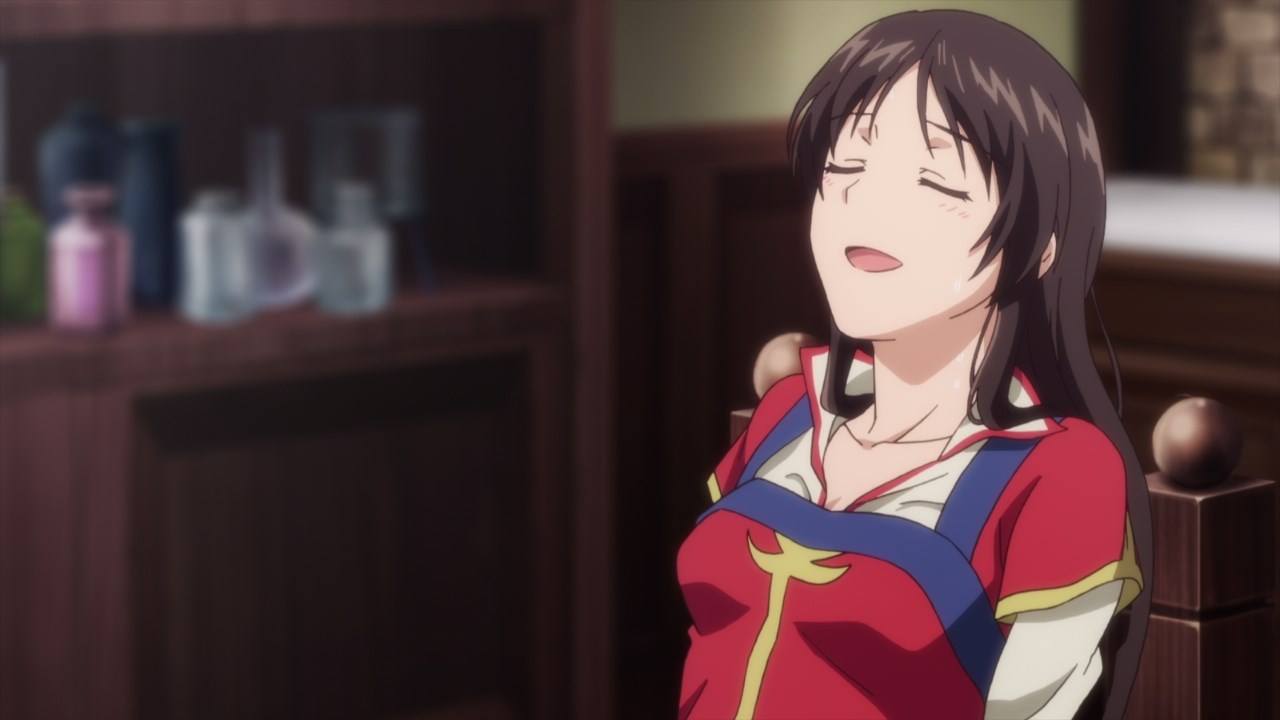 Let’s start this episode with Sei Takanashi cooling herself down with an ice-cold foot bath. Would it be nice if Sei created an air conditioner in the fantasy world? 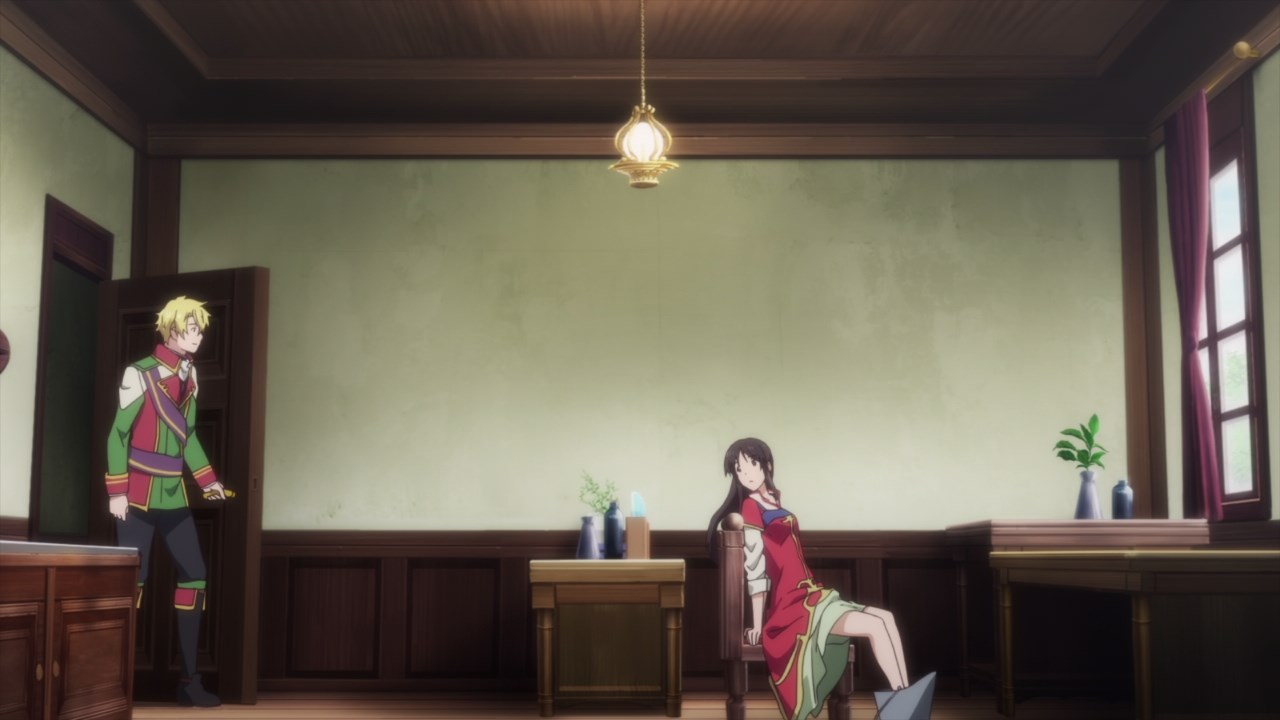 However, it appears that Albert Hawke saw Sei in her not-so-elegant appearance. Of course, he’s not here to just say hi. 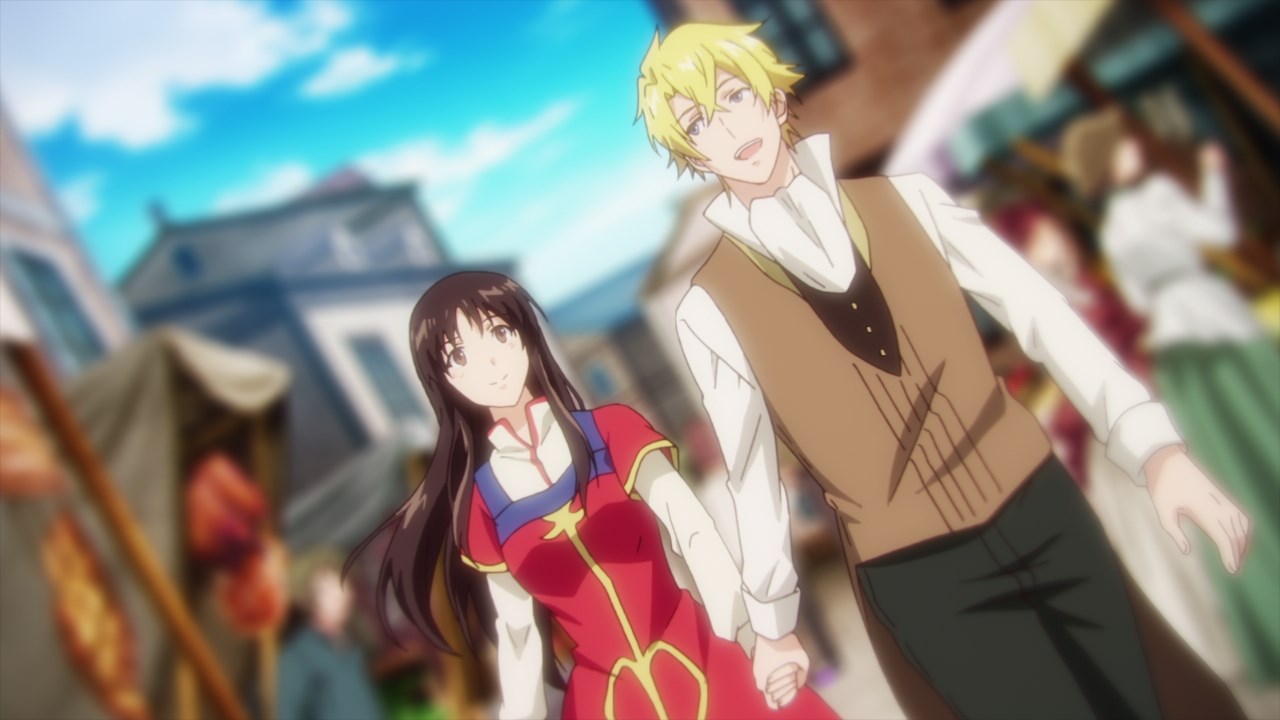 For you see, Sei is being invited by the knight commander to visit the city. Gotta say that they had a great time, although I’m not sure if Albert is actually in love with Sei? 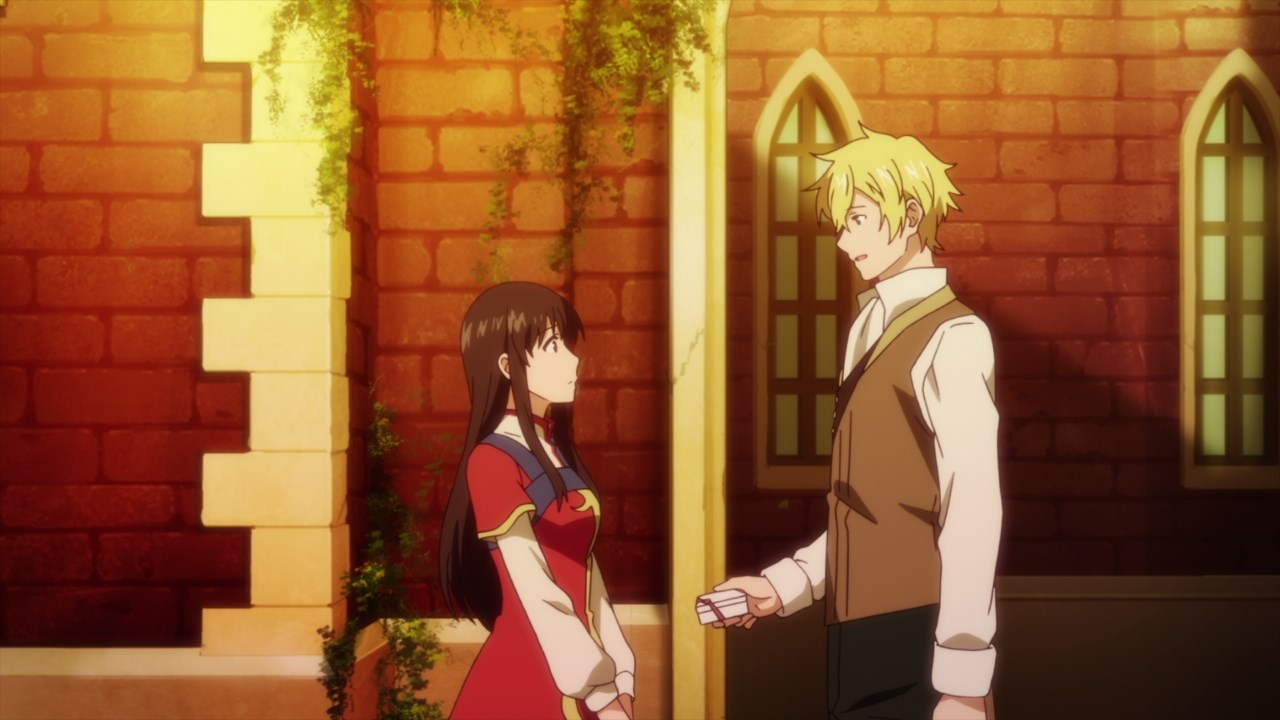 Speaking of Albert Hawke, it looks like he gave something valuable to Sei Takanashi as it’s customary for a man to give a gift to a woman once the trip is over. 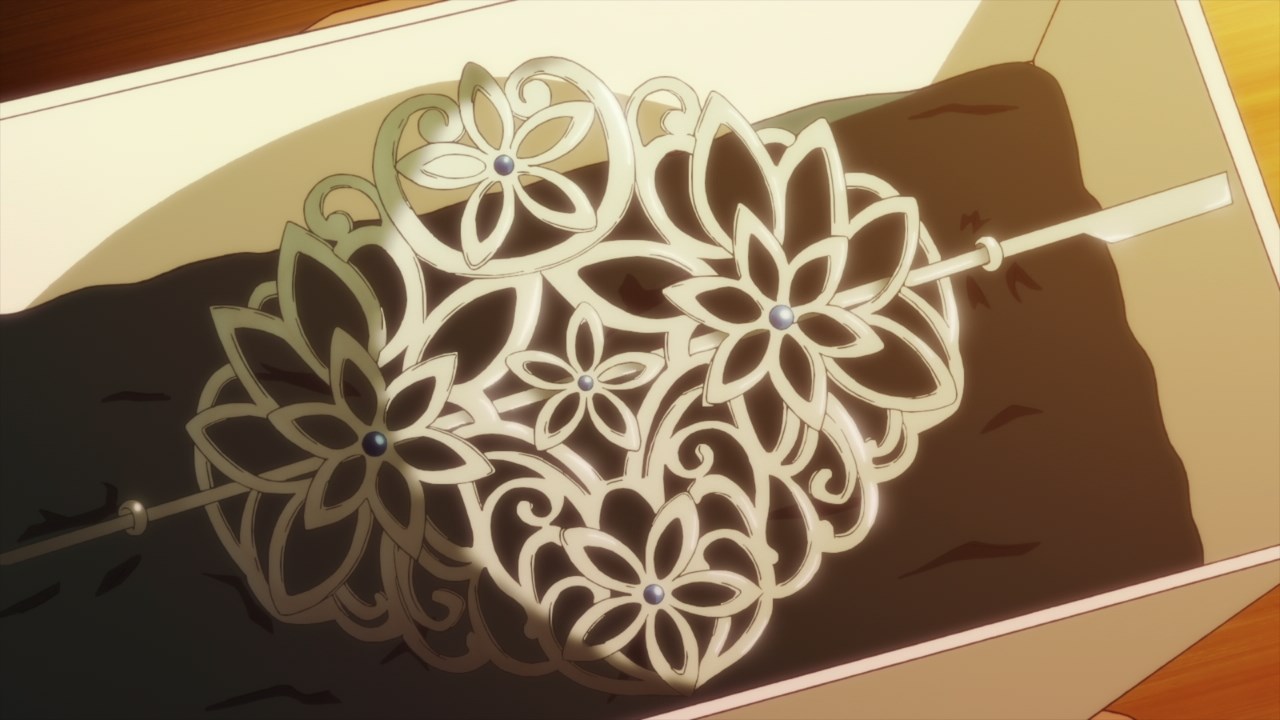 But as you can see, Albert gave an expensive hair ornament to Sei which she was very surprised to receive it from the commander. 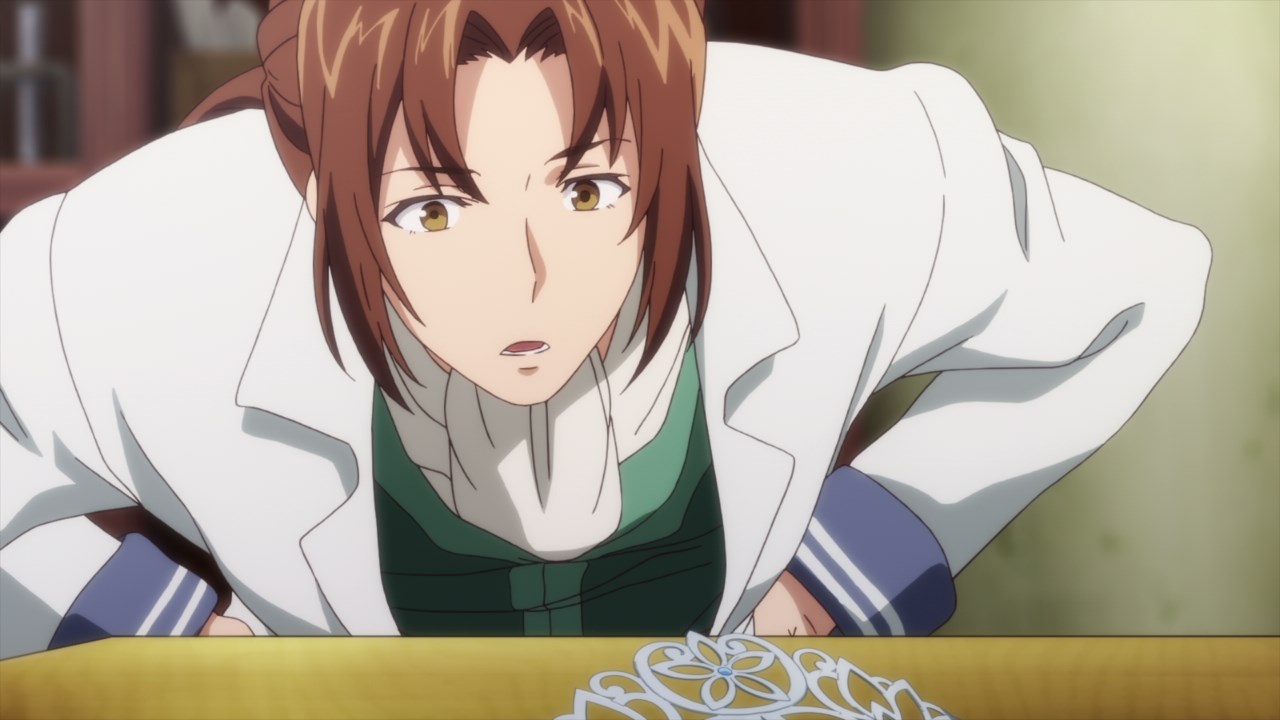 Not only that, but Johan Valdec told her that the hair ornament is enchanted in which Albert somewhat imbued it with his ice powers or a protection spell.

I’m really impressed that the knight commander would personally enchant a gift for Sei Takanashi. Speaking of enchantment, there’s one person who’s known for it. 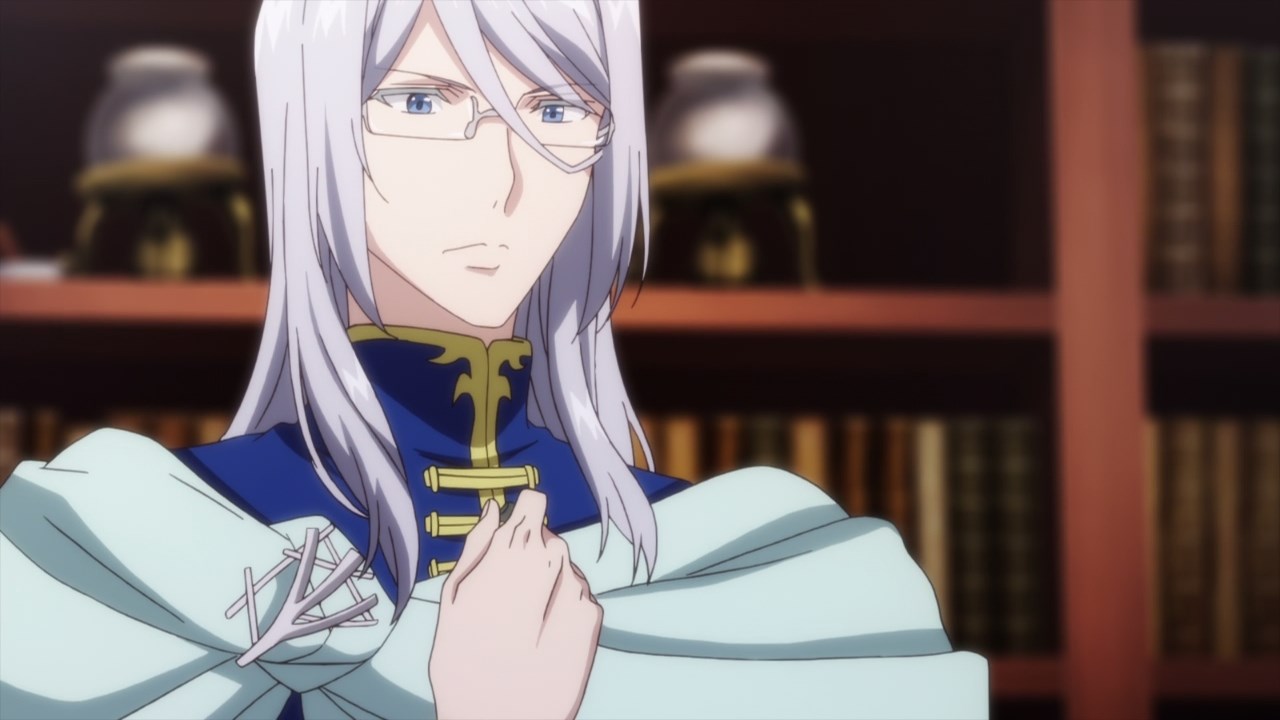 Anyways, this is the head of the Royal Magi Assembly named Erhart Hawke where he’s overseeing the item enchantment across the facility. Oh yeah, and he’s gonna teach Sei on how to enchant an item. 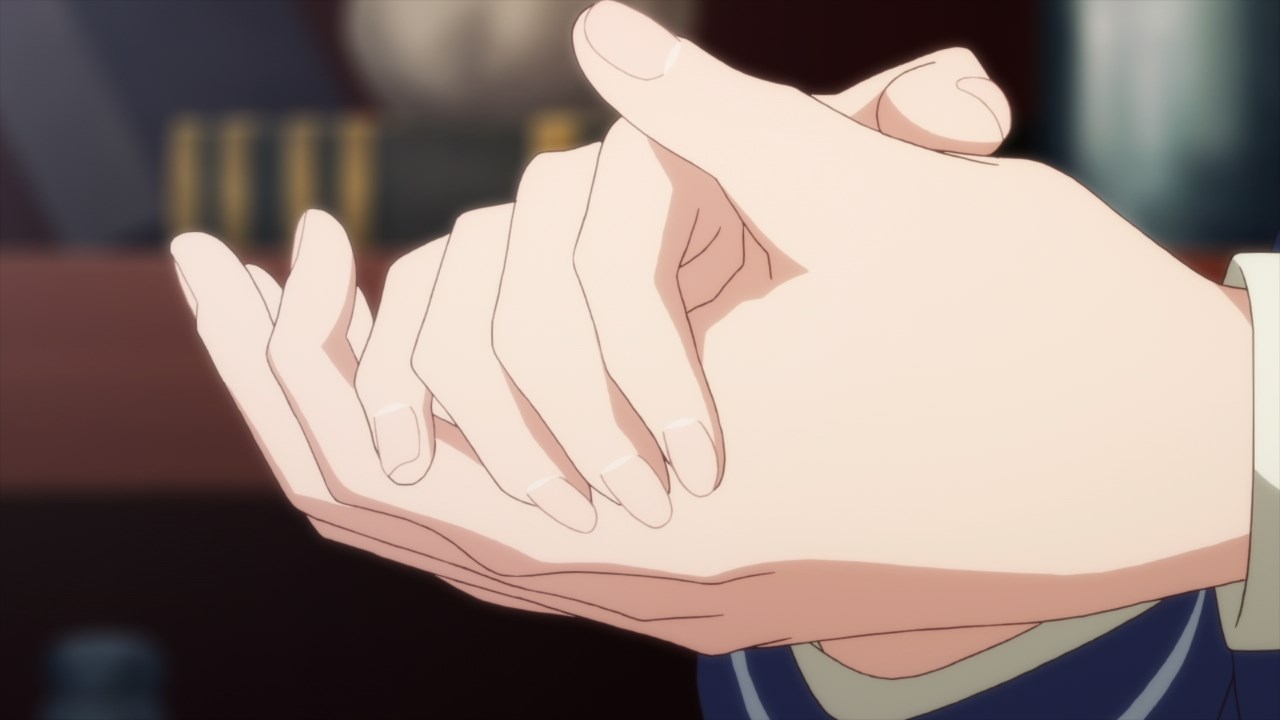 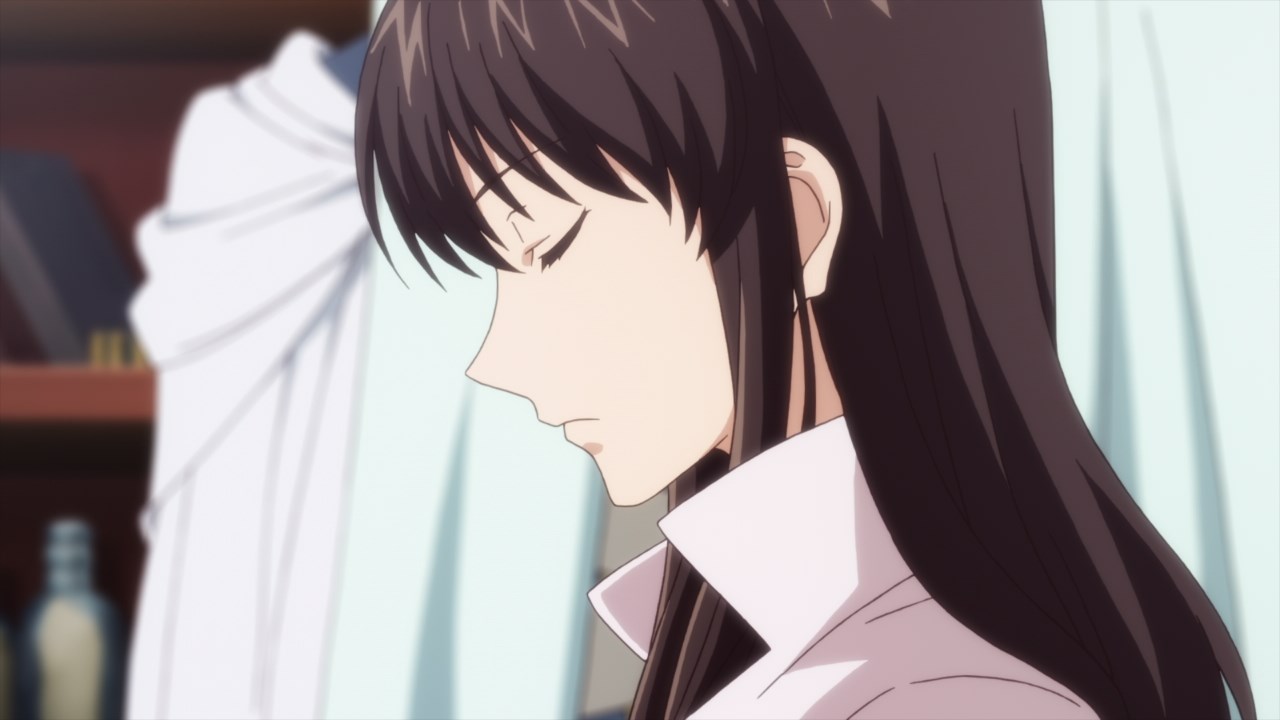 All she needs to do is to hold it tightly and pour magic into the item, although I wish Sei’s hands would glow brightly when enchanting an item. 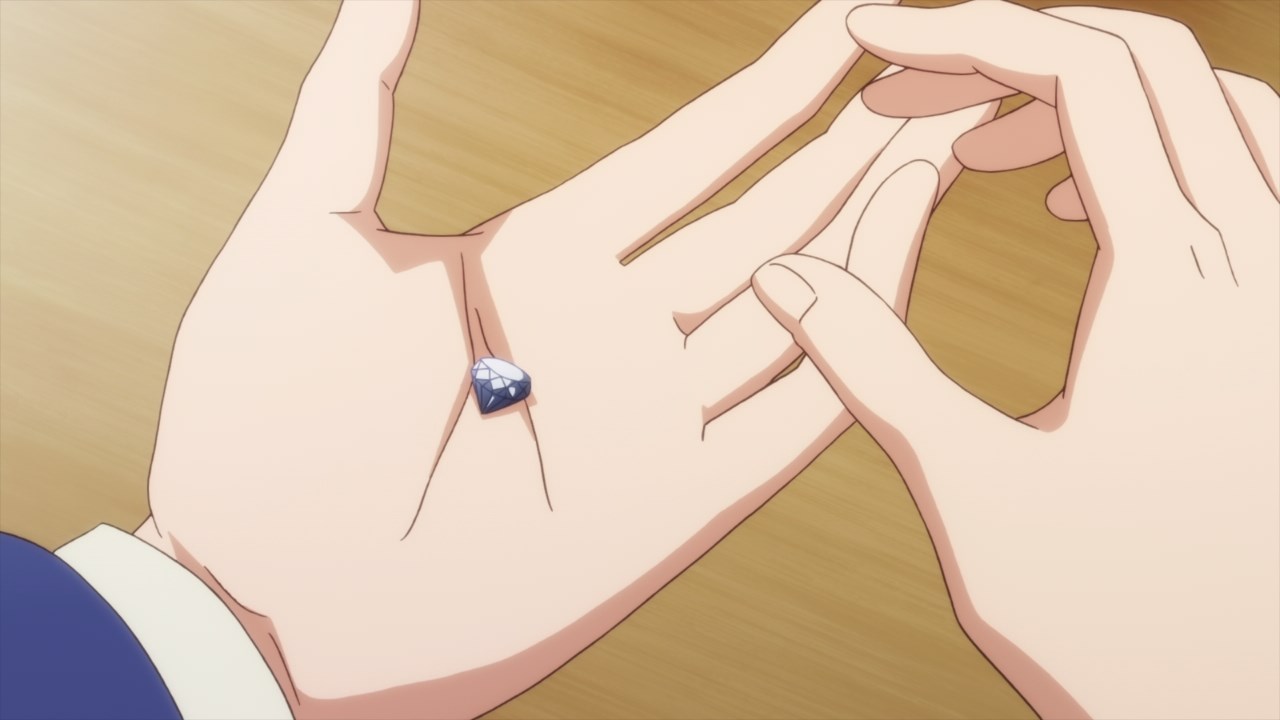 With that said, Sei Takanashi successfully enchanted this diamond with status ailments resistance and increased physical/magical defense. Gotta say that she made it overkill. 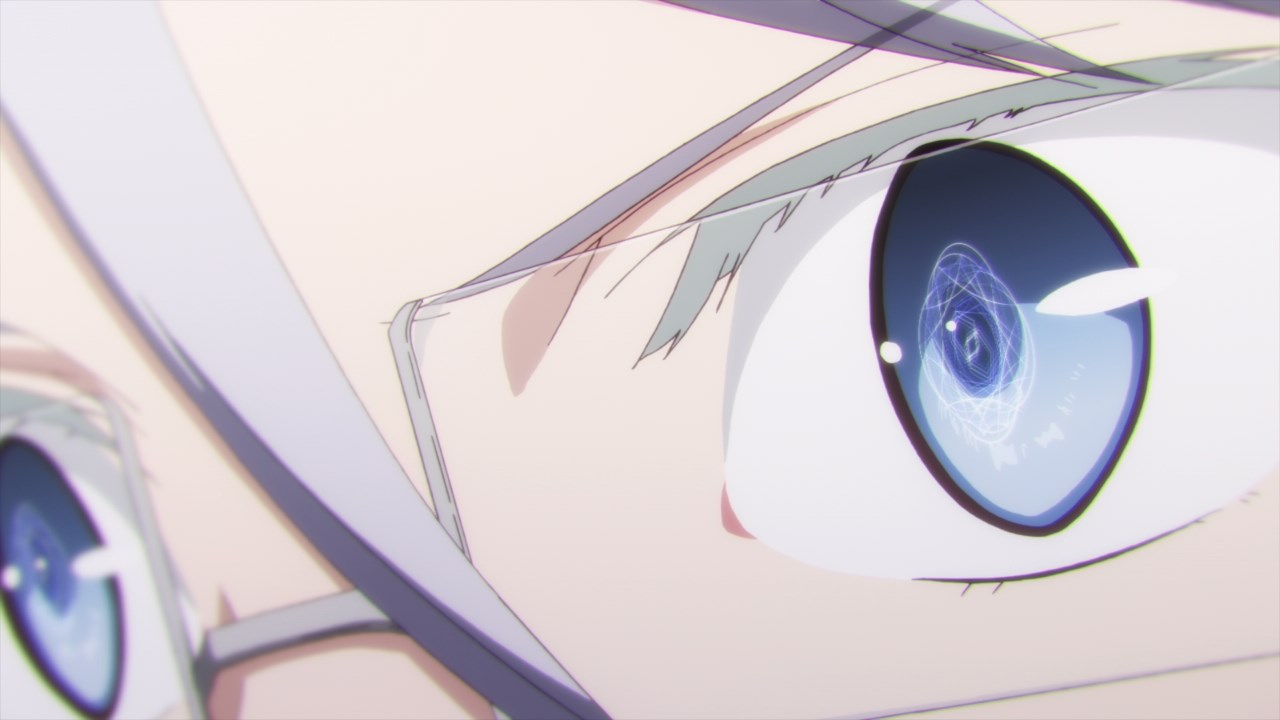 Of course, Erhart will have to appraise the diamond to see if Sei did a great job on enchanting the item. 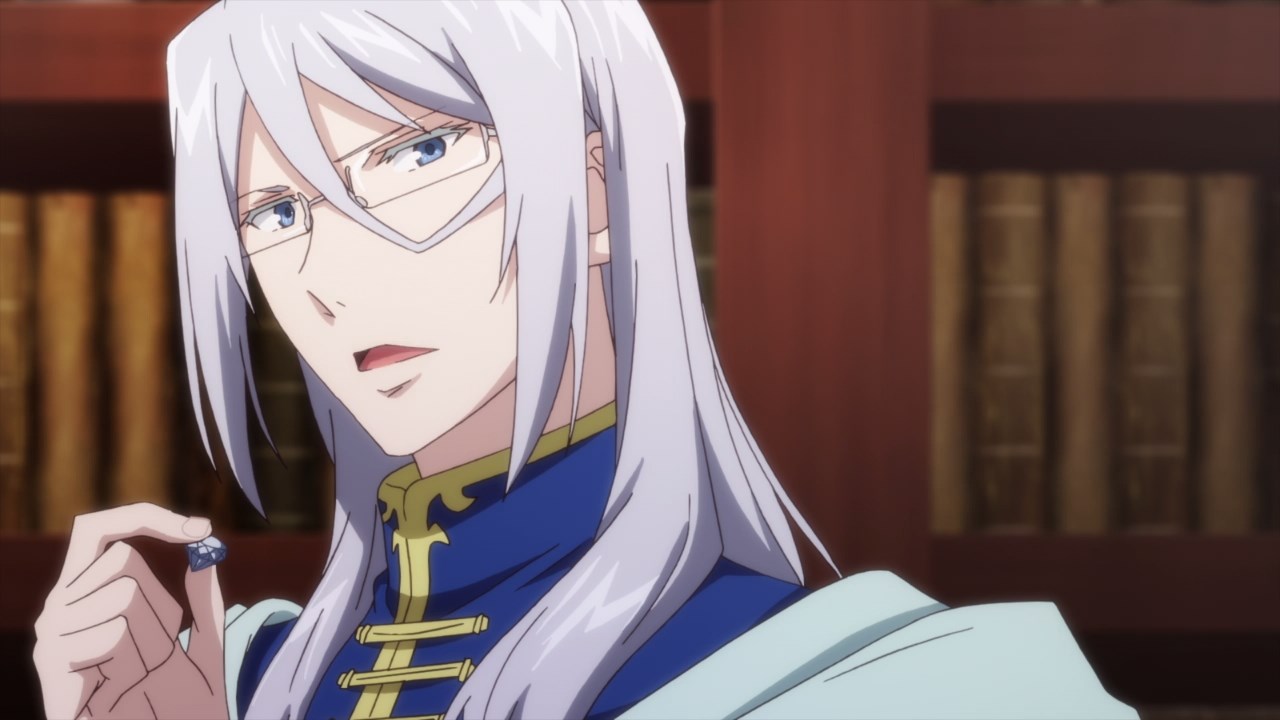 Fortunately, he found out that Sei’s enchanted diamond exceeds satisfactory results, meaning that she really did a great job on her first try. 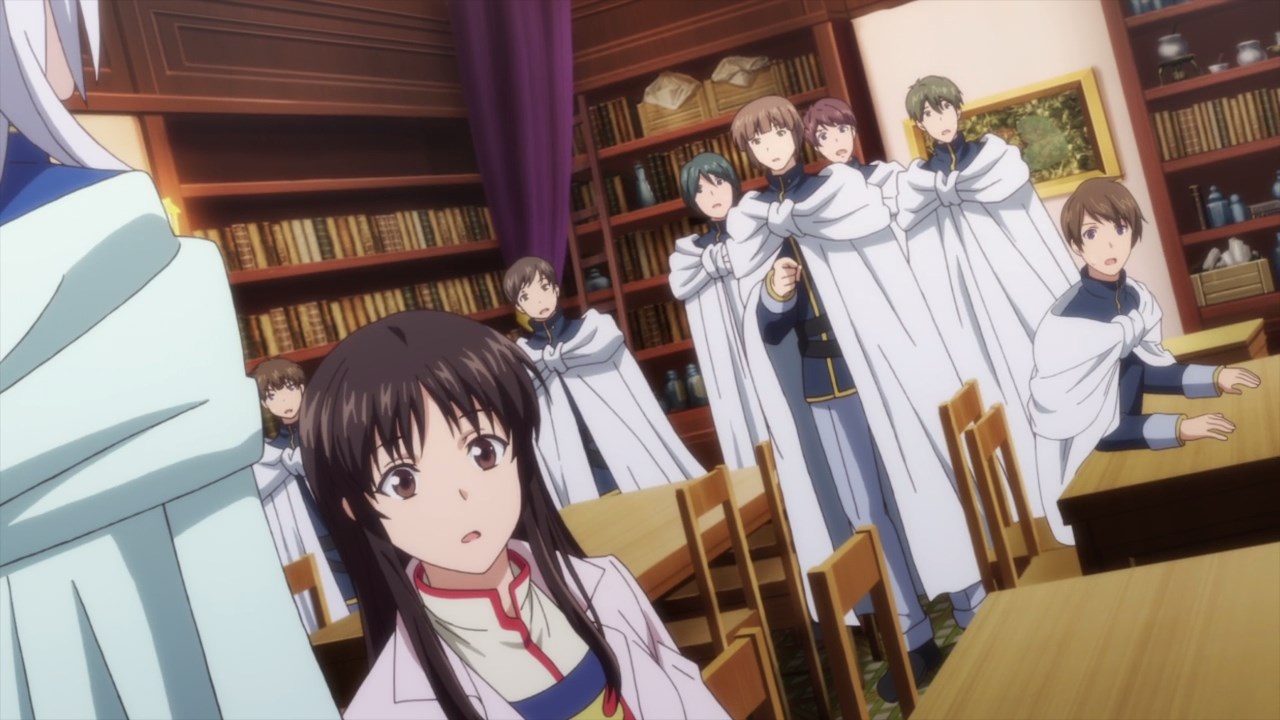 And everyone in the Royal Magi Assembly are stunned that Sei Takanashi managed to win Erhart’s trust with her enchantment skills.

With that said, Erhart asked Sei to enchant various stones for the First Knight Order as they really need it. But don’t worry though as the Assembly will pay her services. 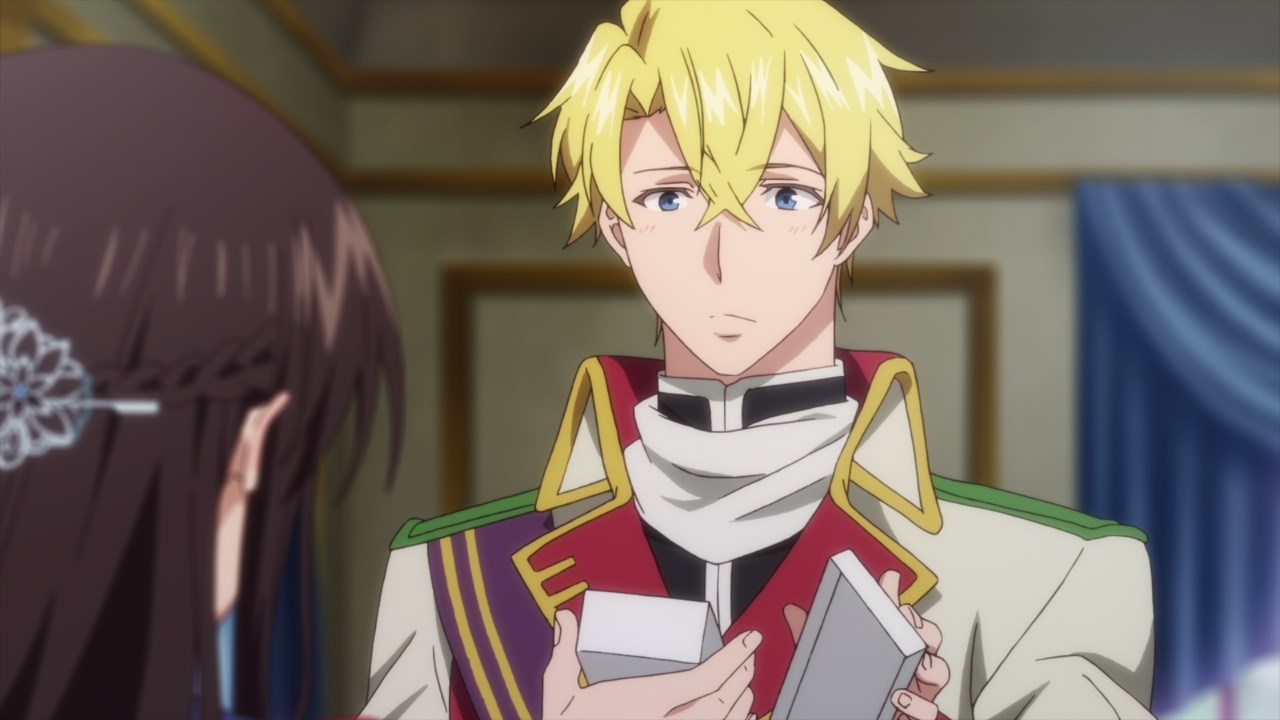 One more thing, looks like Sei have decided to give something for Albert Hawke in response to his gift from the day before. 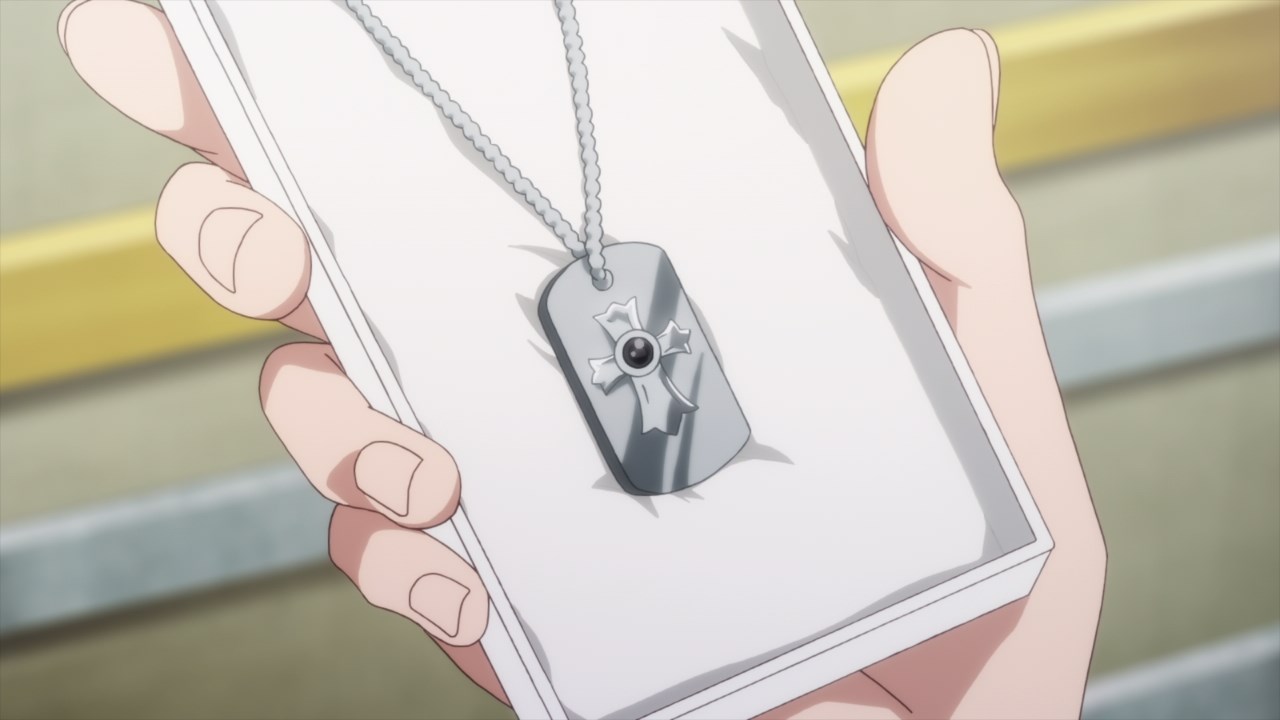 As you can see, Sei gave a pendant to the knight commander as she personally enchant it with increased magical defense and added resistance to various elements. 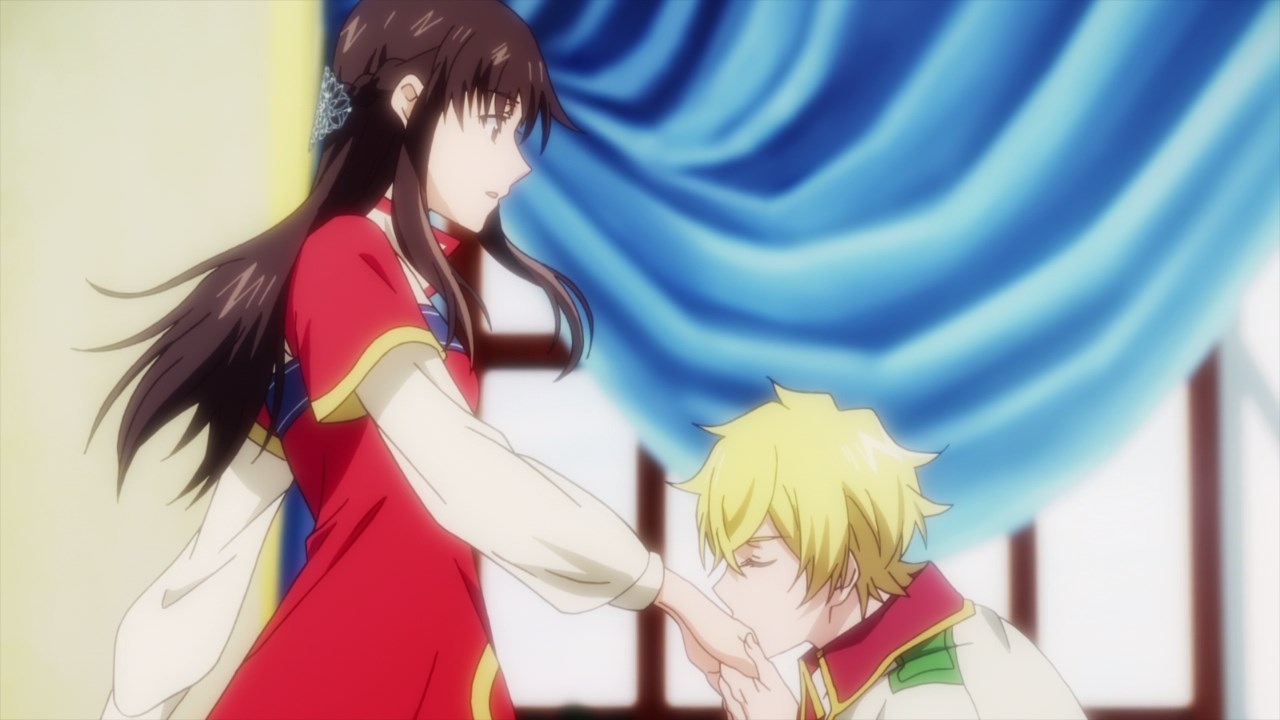 For Albert Hawke, he’s really happy to receive a gift from Sei Takanashi that he kissed her hand. What a lovely way to end this episode!

Anyways, I’ll see you next time and while Sei’s magic is making waves across the kingdom, I still don’t know what happened to the designated saint.