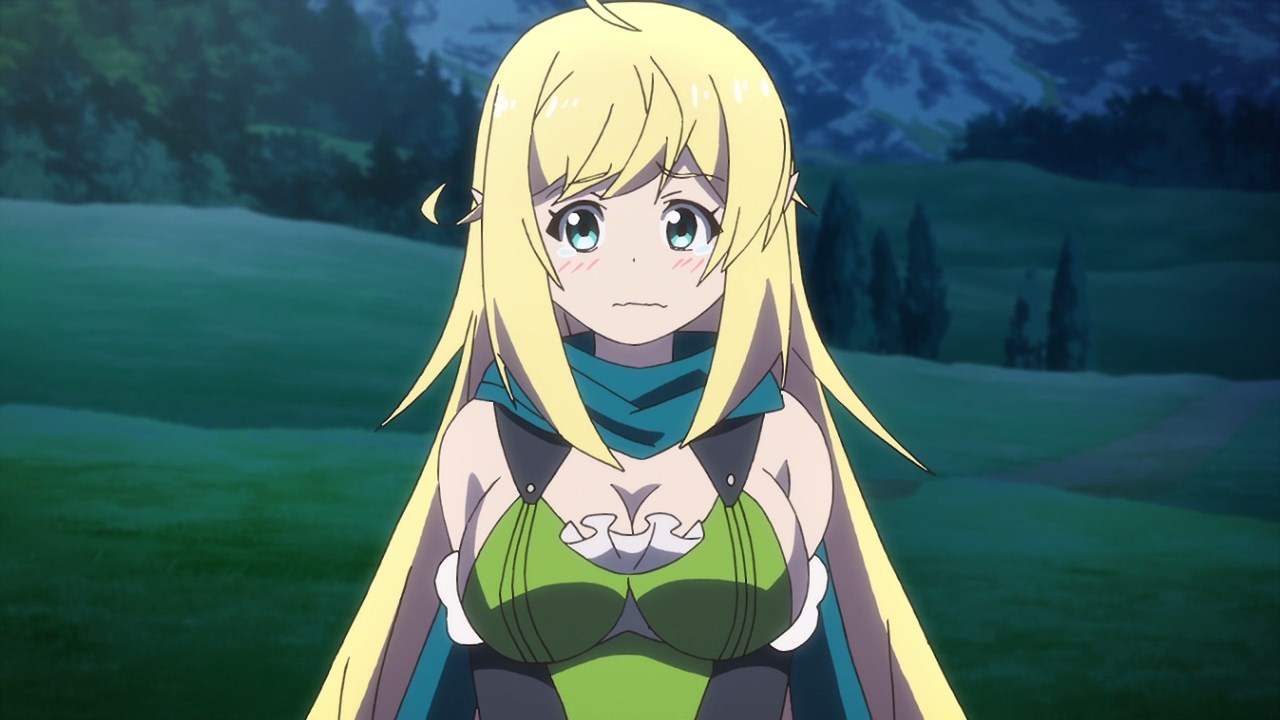 On this episode, it appears that Azusa Aizawa encountered an elf named Halkara as she’s asking for help. 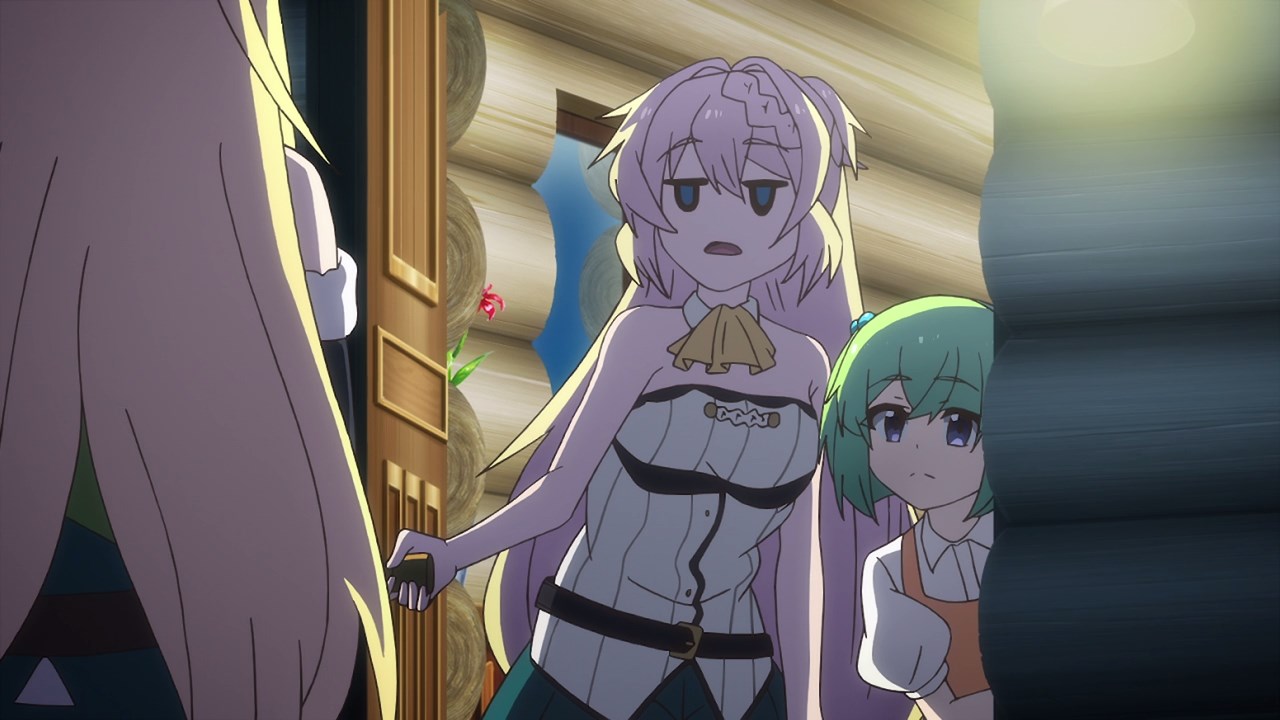 However, the Witch of the Highlands is bothered with her large breasts, therefore Azusa refused Halkara’s help. 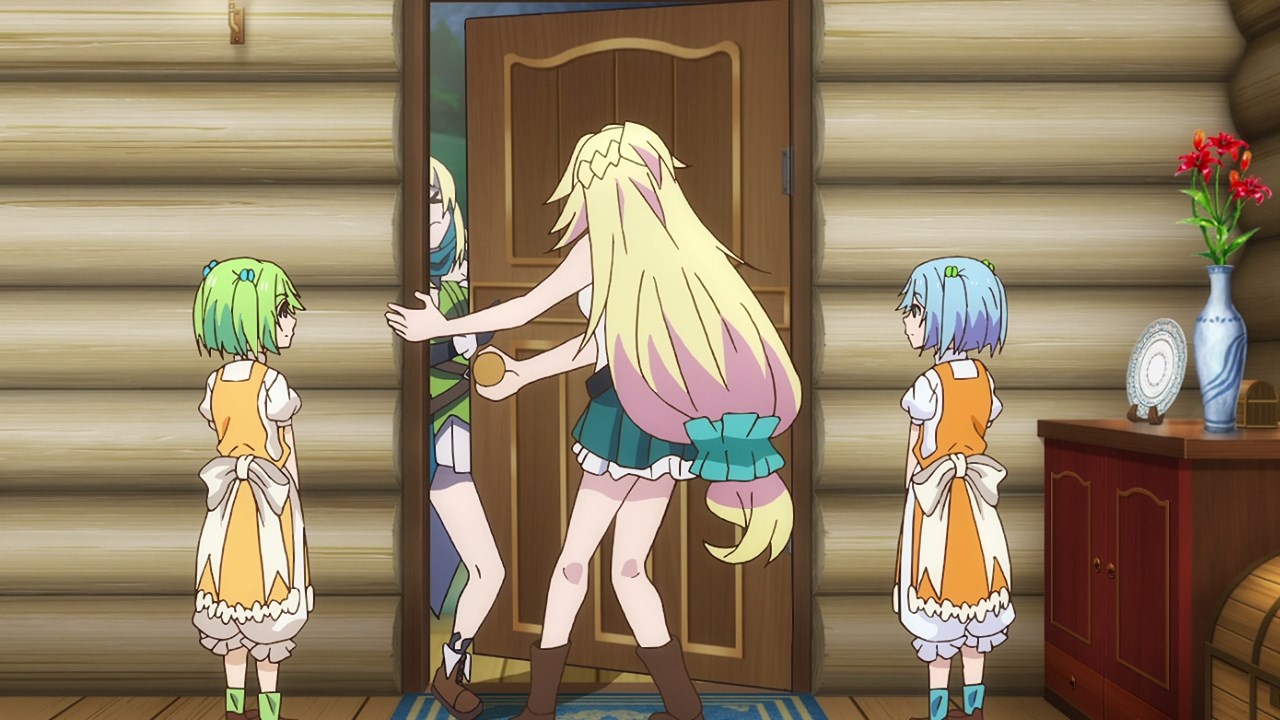 Except that the elf wanted the witch so badly because someone is trying to take her out. Okay, this is serious stuff but why is this elf being targeted? 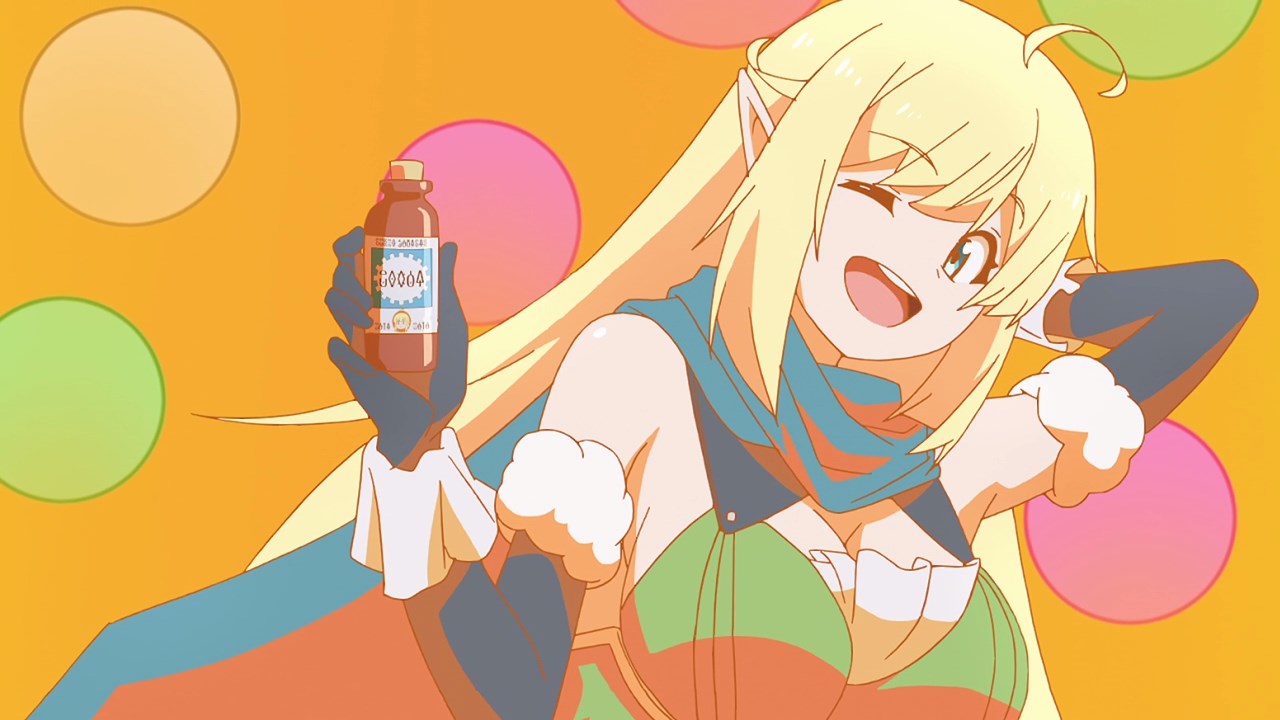 Well, it’s because Halkara made a drink called Nutri-Spirit, which is actually a fantasy version of the famous Lipovitan energy drink (or a clone of it). 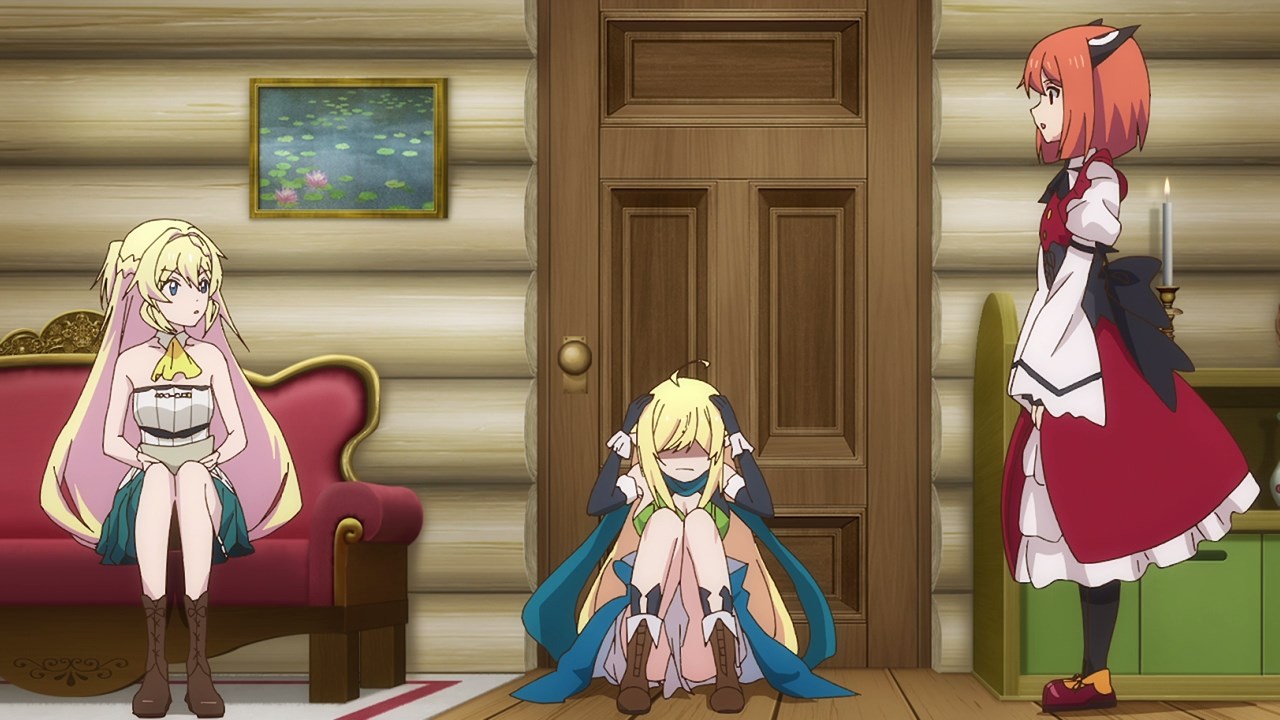 With that said, Halkara told Azusa that she’s being targeted by Beelzebub in which the Lord of the Flies got a fever because of drinking a bottle of Nutri-Spirit. I guess this elf needs to be protected at all costs.

But first, Azusa told Laika to take care of both Falfa and Shalsha as she doesn’t want those slime spirits getting hurt. 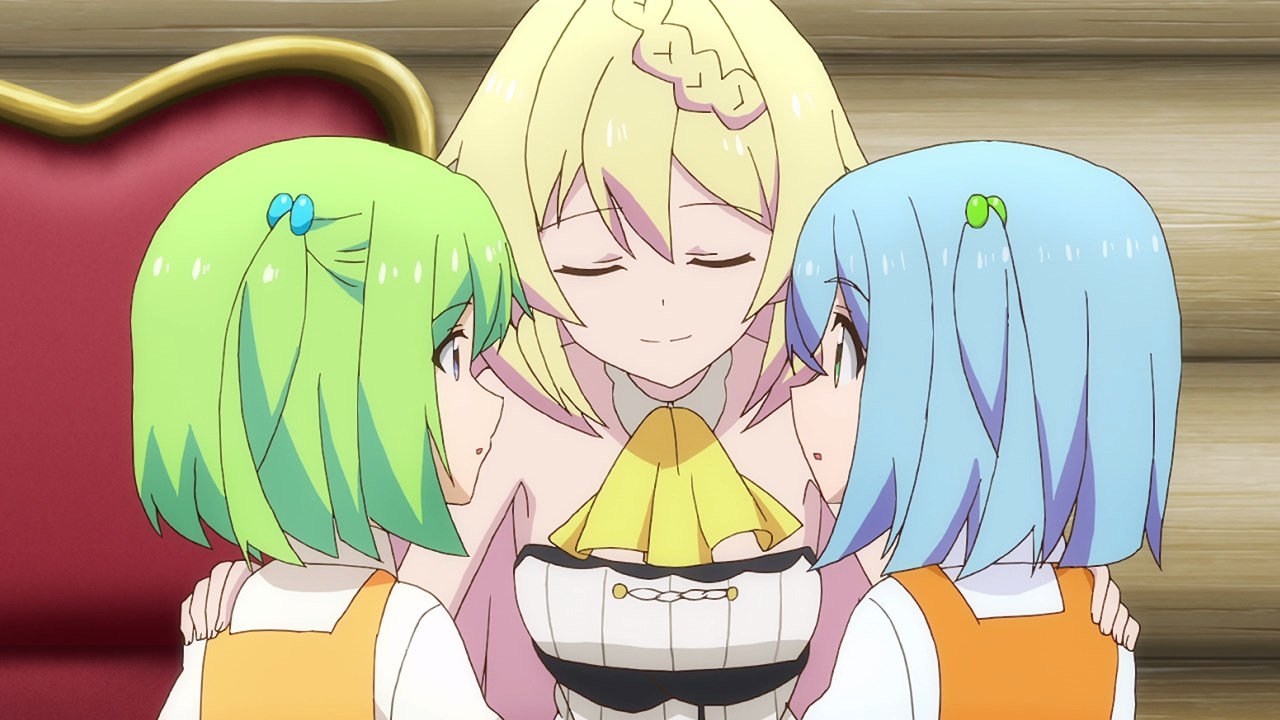 And while the slime sisters are ready to fight alongside their mother, Azusa told them to take care of themselves while being carried by Laika. 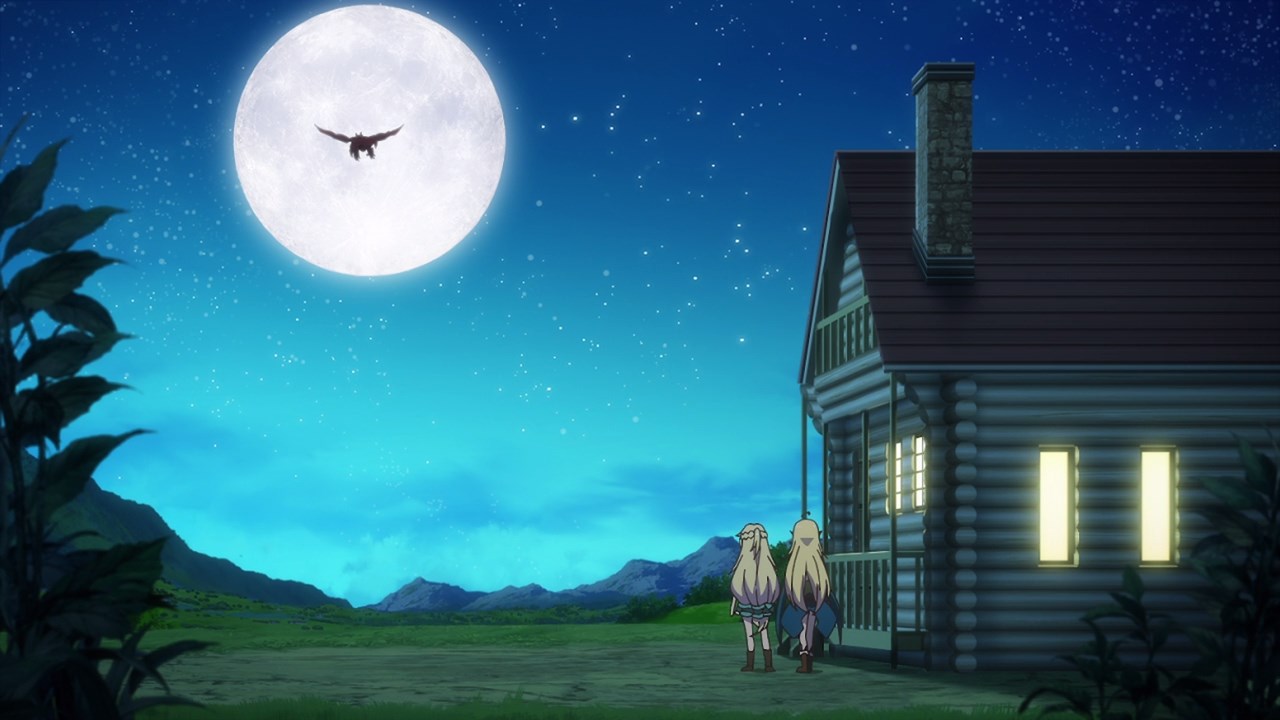 And so, Laika took both Falfa and Shalsha to safety as Azusa will defend Halkara from Beelzebub. But where’s the Lord of the Flies himself? 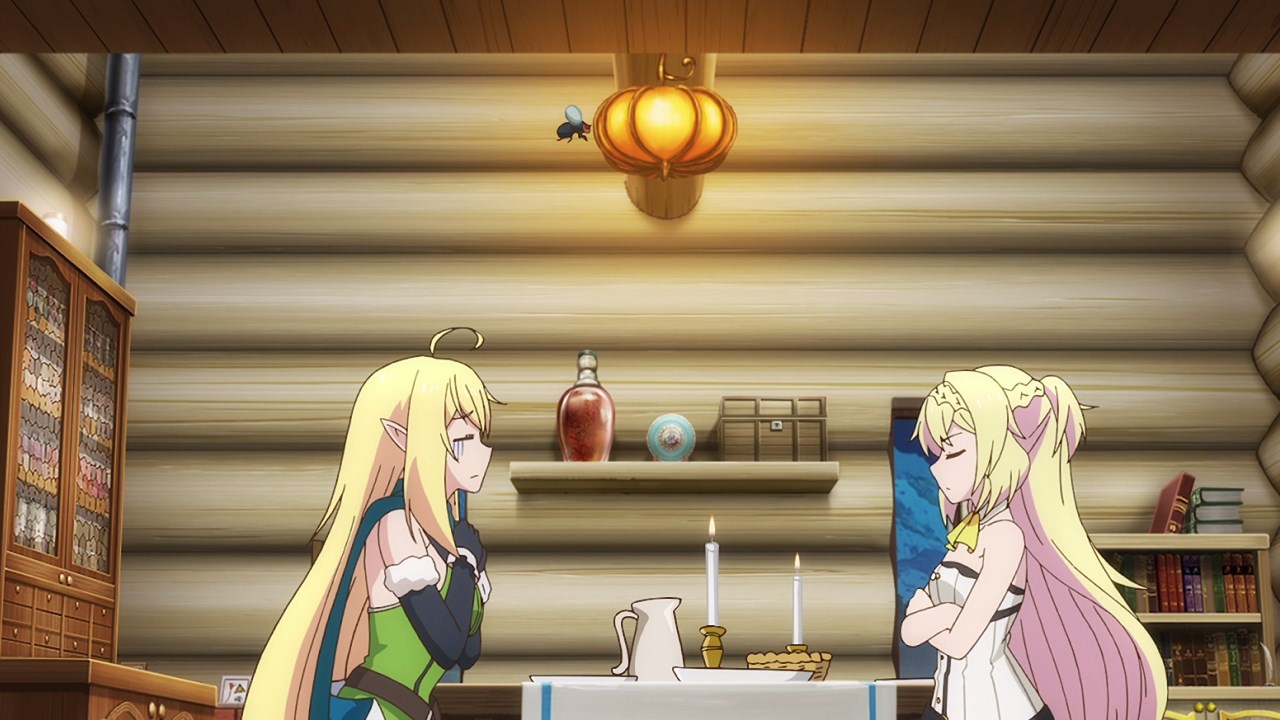 Then again, it appears that Beelzebub is already here, it’s just that the demon remained as a house fly most of the time. 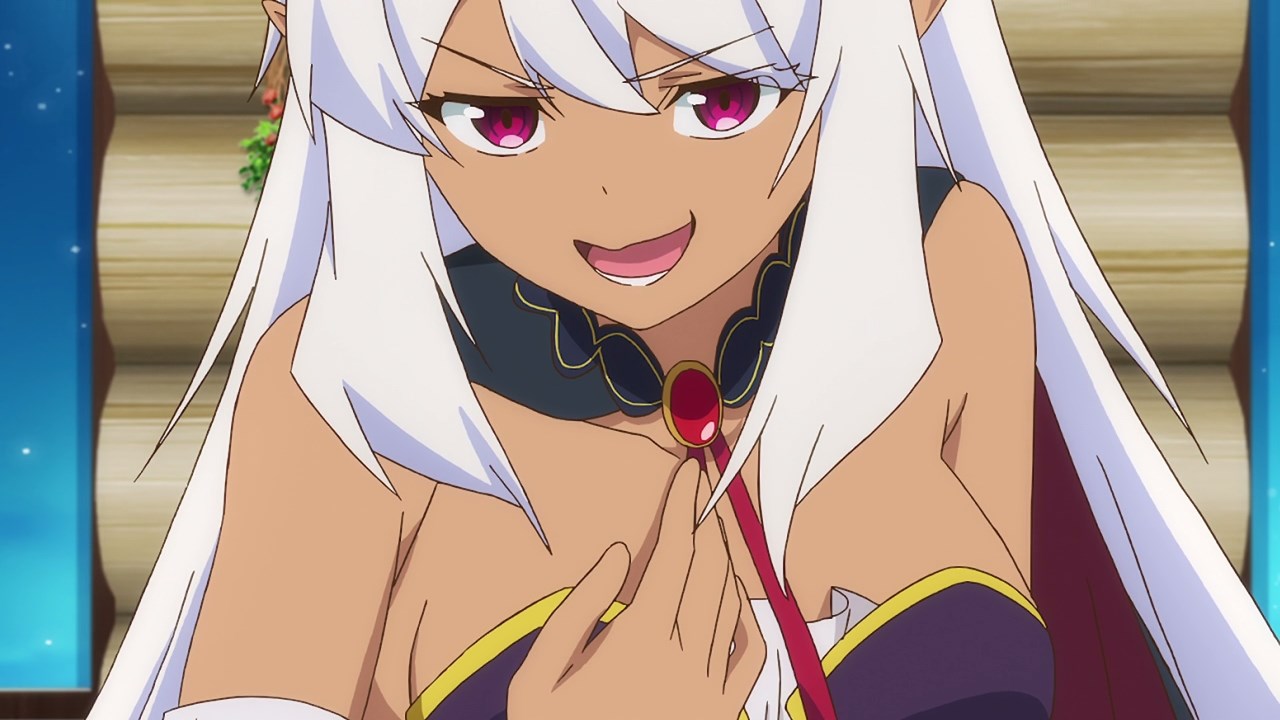 That’s until the Lord of the Flies showed its true form where Beelzebub is actually a demon lady. Not only that but she’s damn hot too!

Anyways, Beelzebub asked Halkara to surrender as she wants the elf to make lots of Nutri-Spirit drinks… for all eternity. 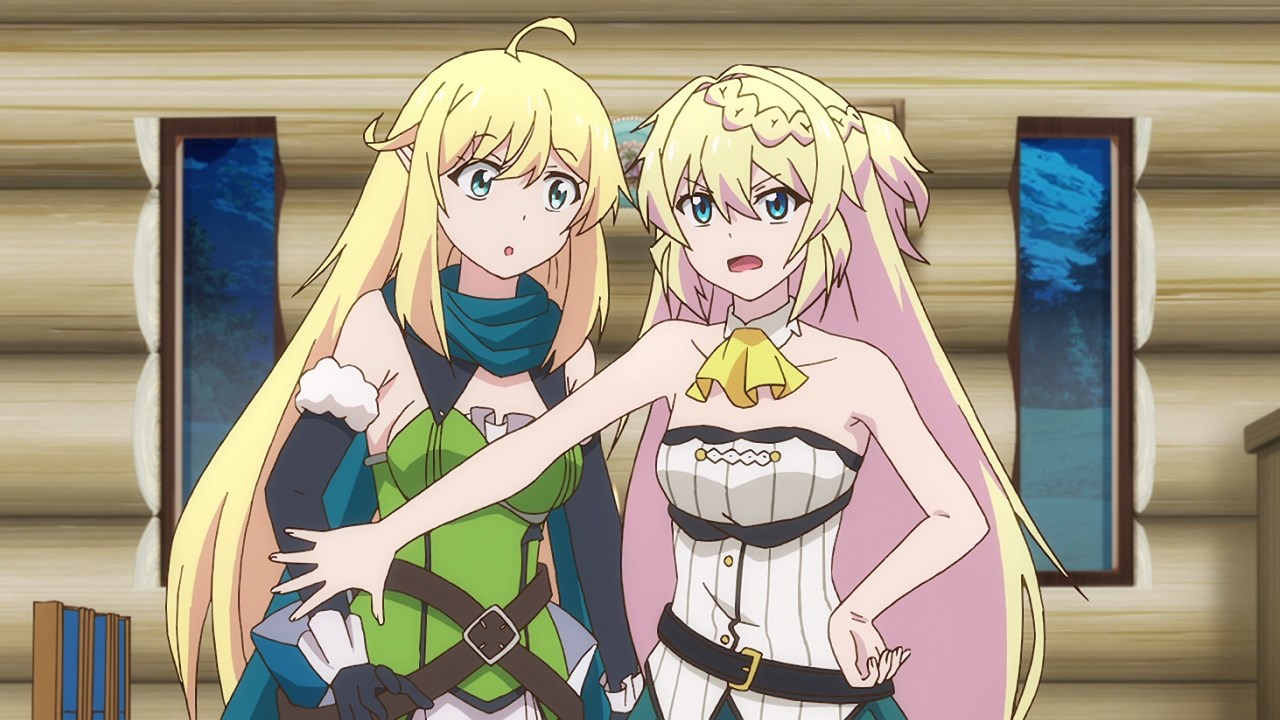 Of course, Azusa won’t allow that to happen as she’ll take on Beelzebub by herself. Then again, I feel that the demon lady will lose against the witch. 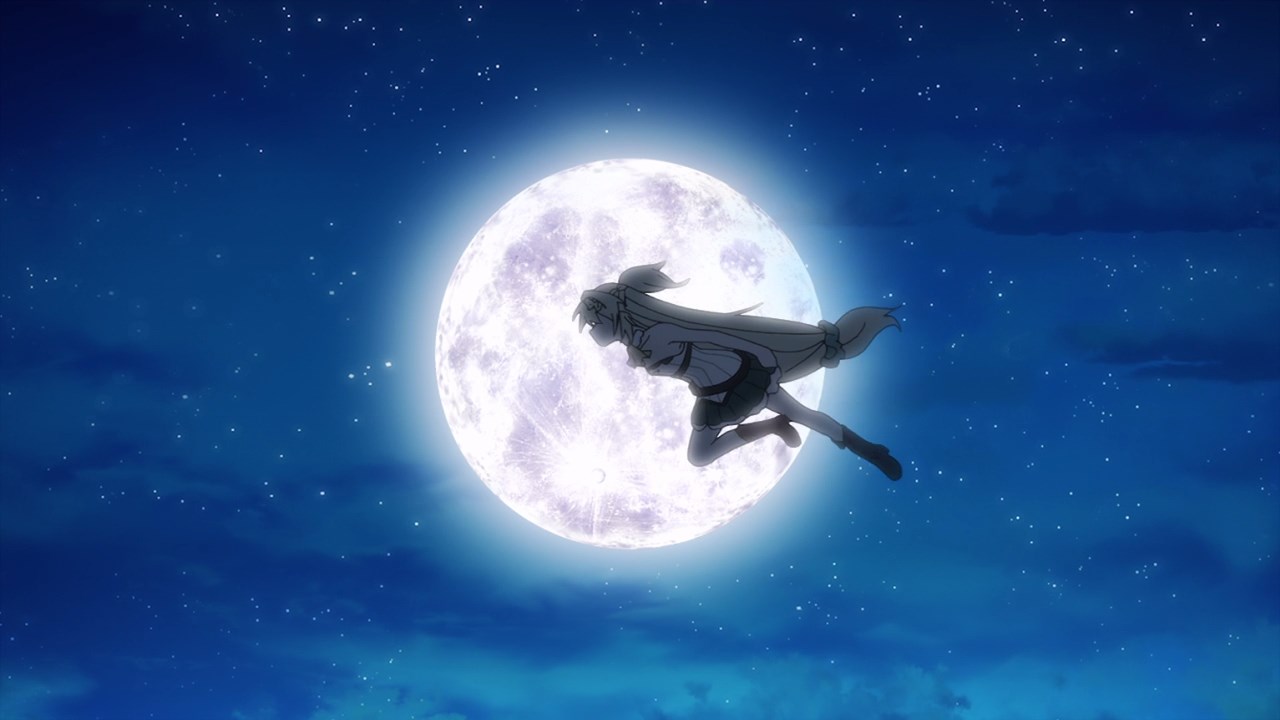 And so, the Witch of the Highlands is ready to stop Beelzebub from turning Halkara into a corporate slave. I mean, Azusa is ready to take on the demon lady. 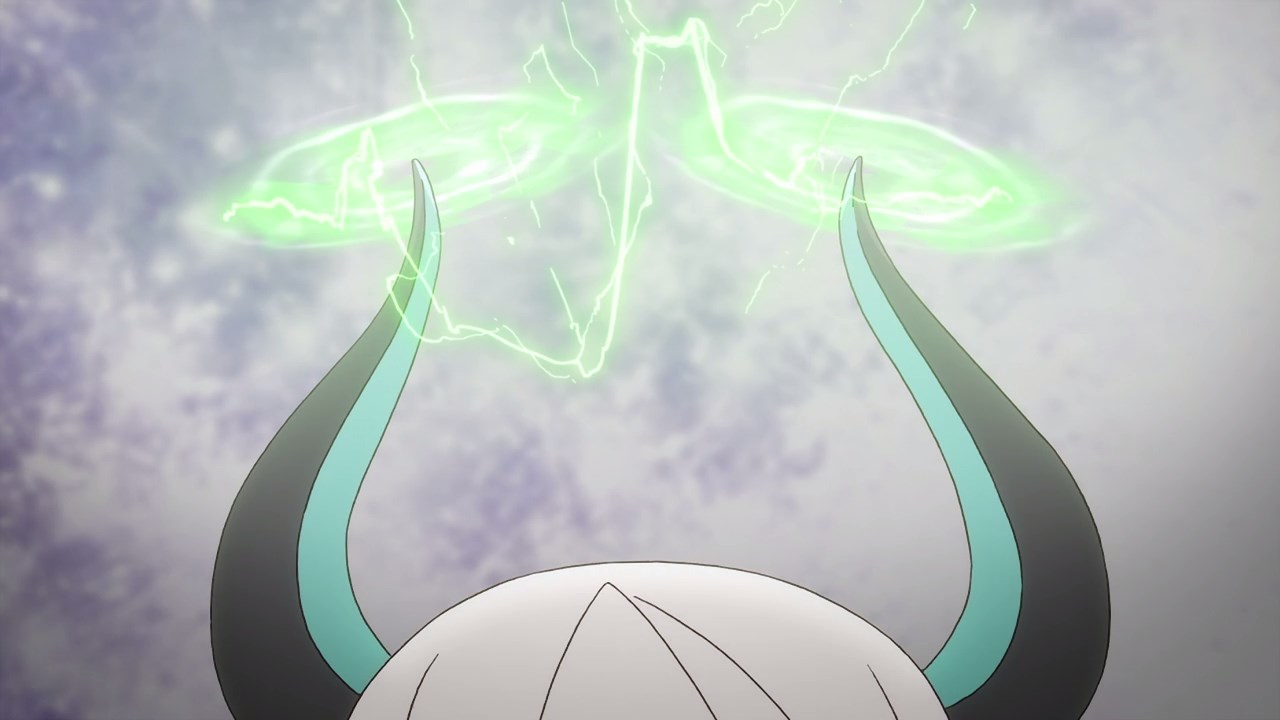 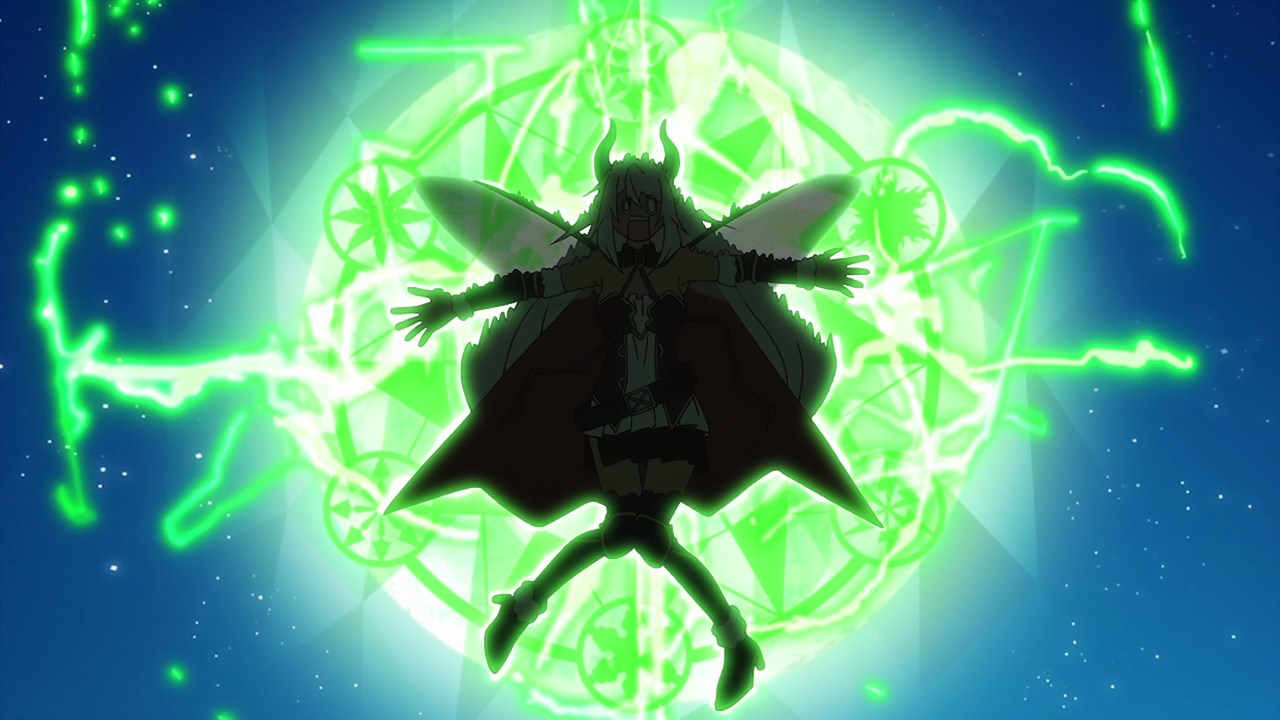 Well, except that Beelzebub got knocked out thanks to Azusa’s barrier in which she created it in case the demon lady tries to destroy her home.

Then again, I think Beelzebub already went inside Azusa’s house before the barrier was created, although the demon lady is not very lucky this time. 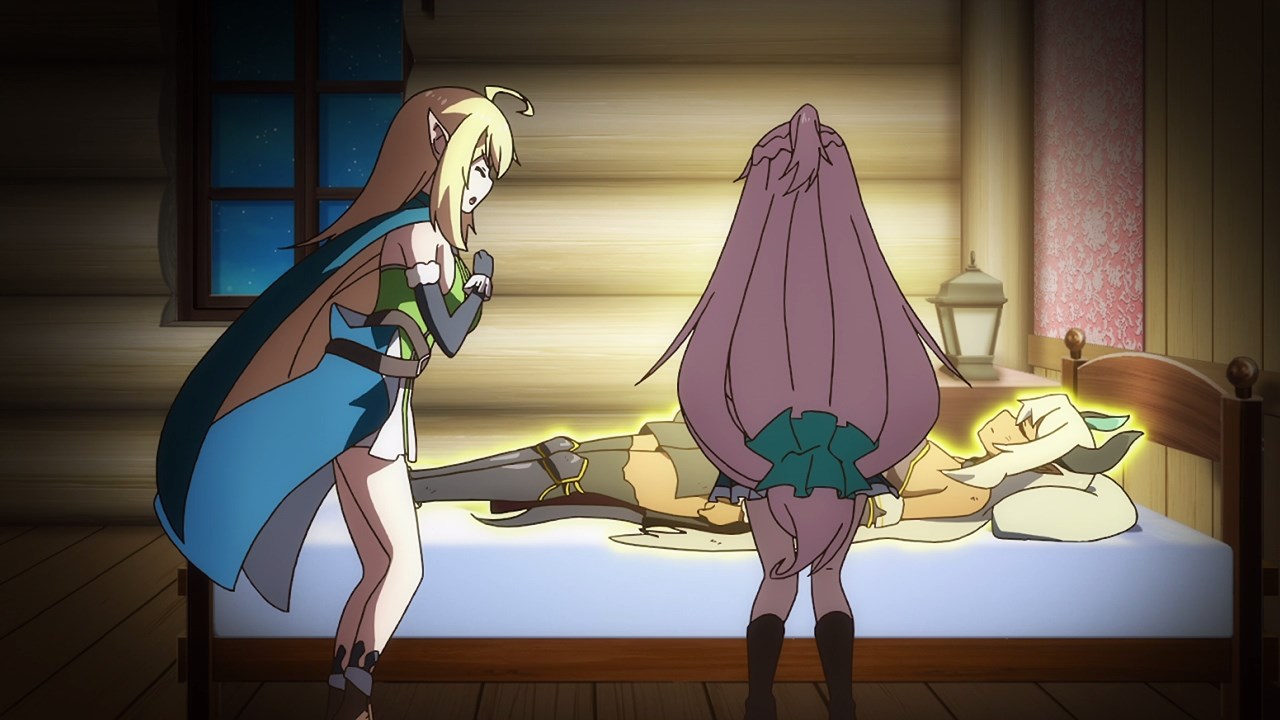 Still, Azusa can’t let this demon lady die as the Witch of the Highlands casts healing magic, although I fear that she might kill Beelzebub since it’s light-based? Oh well, let’s pray that Beelzebub will survive. 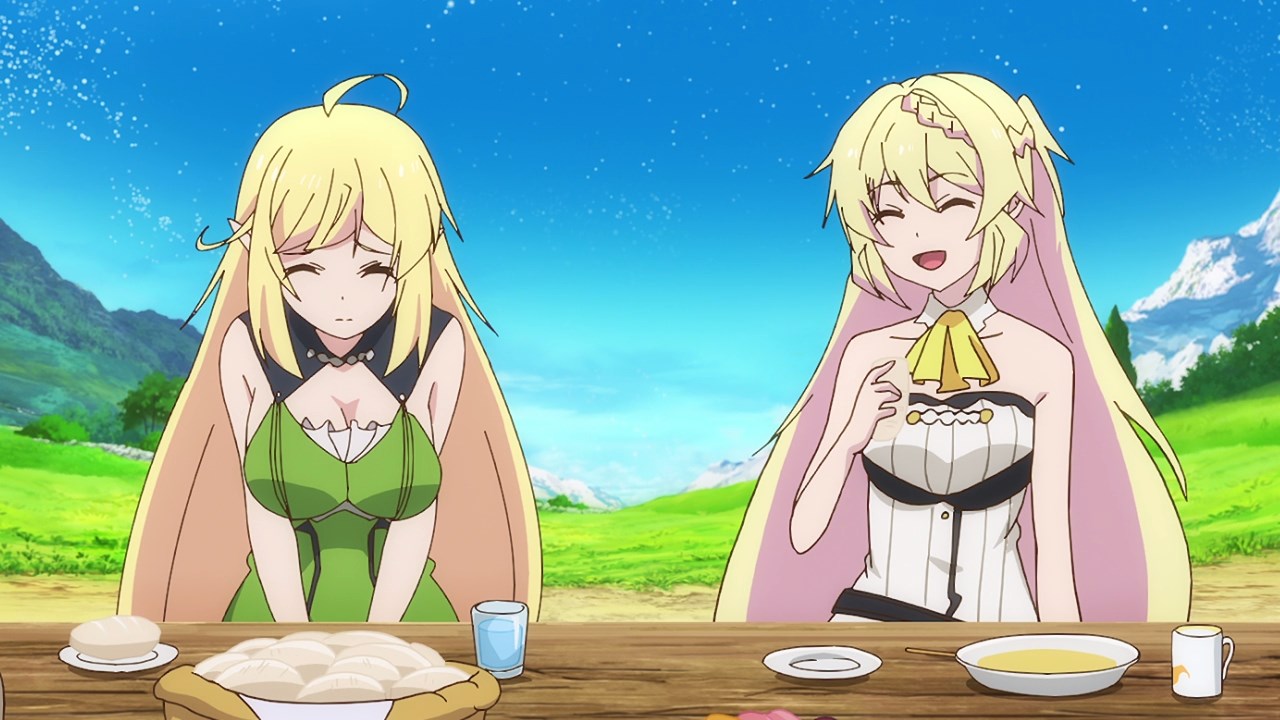 Now then, it appears that Halkara decides to stay at Azusa’s house as she plans to create a new factory for her Nutri-Spirit energy drink since she was ousted by her fellow elves.

Um Halkara, I know that you want to sell your product to everyone, but please make sure that you put a warning label where you must advise them to drink moderately. Can’t have those people, including demons, getting high on energy that they can’t sleep. 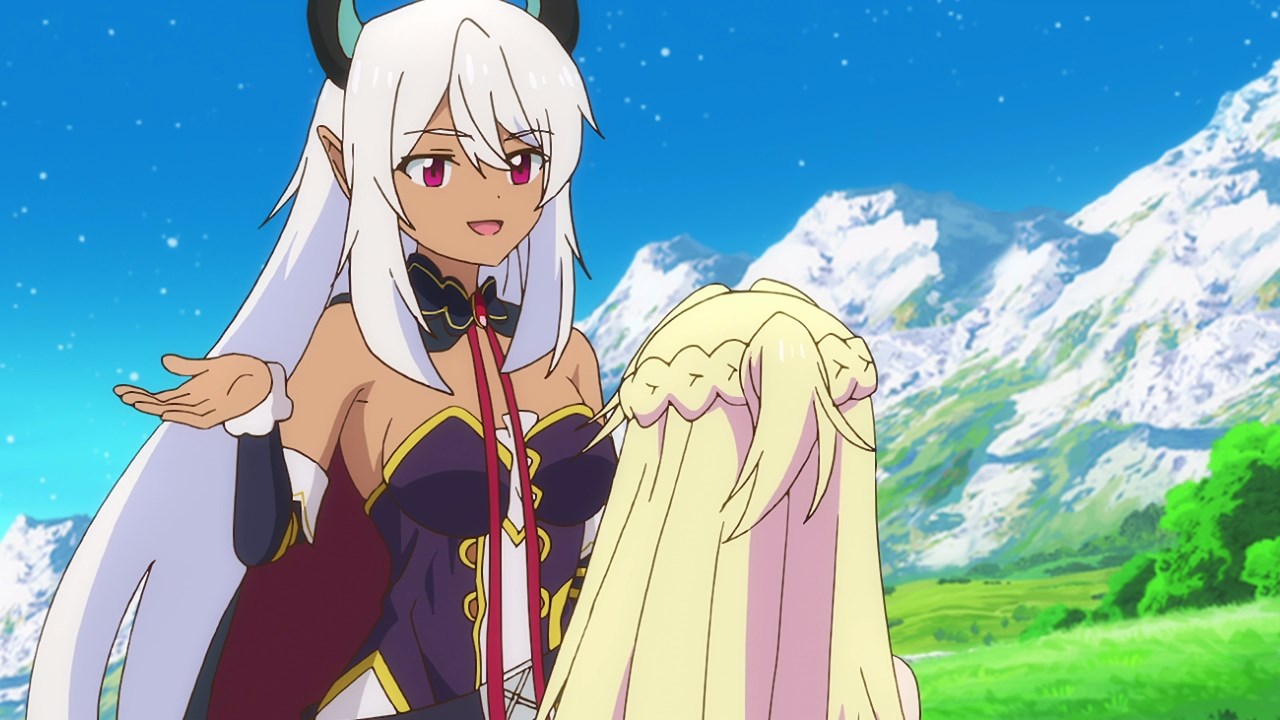 As for Beelzebub, she’s finally recovered as Beelzebub decides to stay at Azusa’s house because she really wants to settle the score against the Witch of the Highlands, although I bet that Azusa would wipe the floor out of this demon lady.

Well then, it looks like Azusa’s family has gotten bigger now that she has an elf and a demon… except that Laika decides to return to her hometown for some important matters to attend with.

Oh boy, looks like the family is falling apart next week and I can’t bear to watch it!