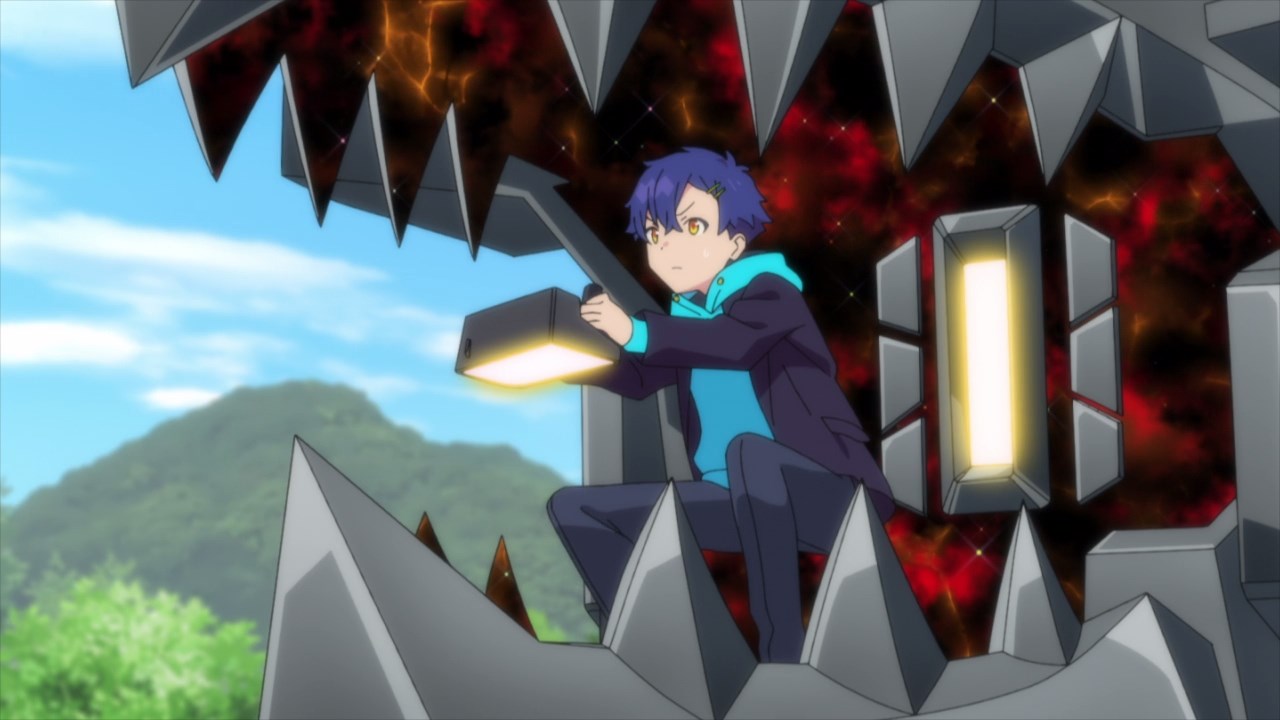 Here’s Yomogi Asanaka again as he’s still practicing with his piloting skills, although the problem is that Yomogi is pre-occupied with various things. 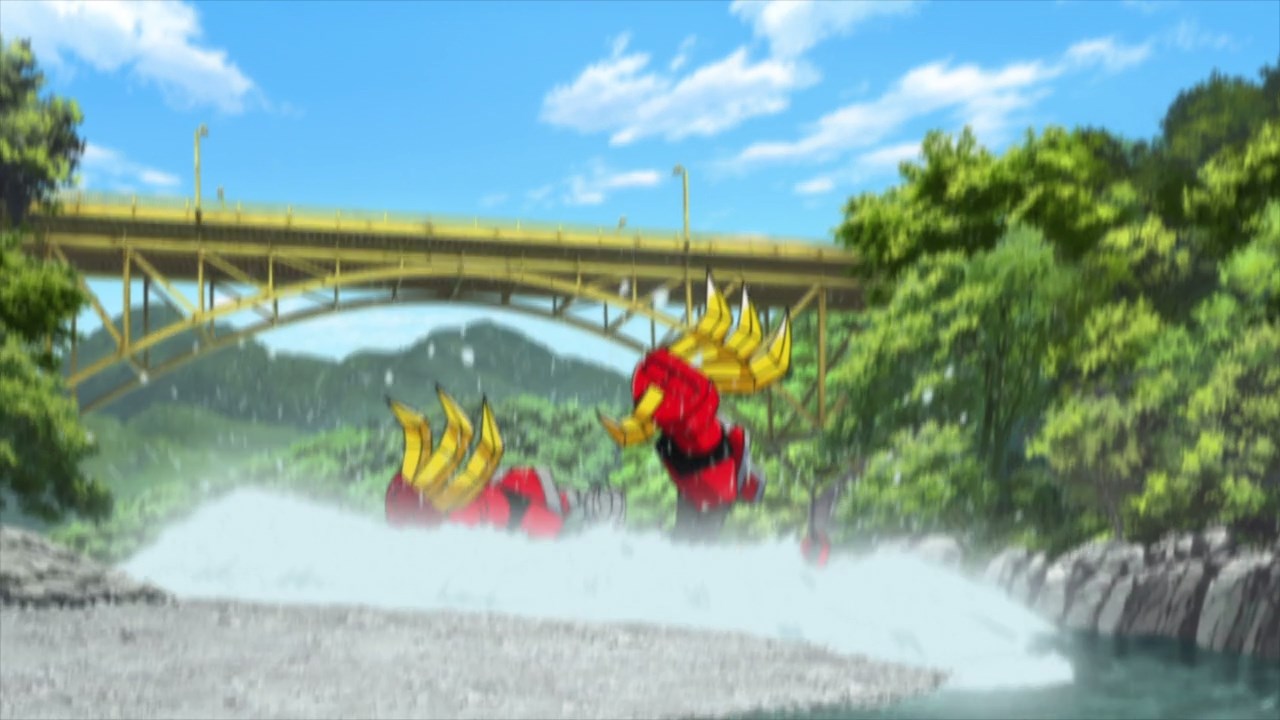 In any case, Yomogi needs more practice if he needs to protect the city from kaiju threats. By the way, where’s Yume Minami? 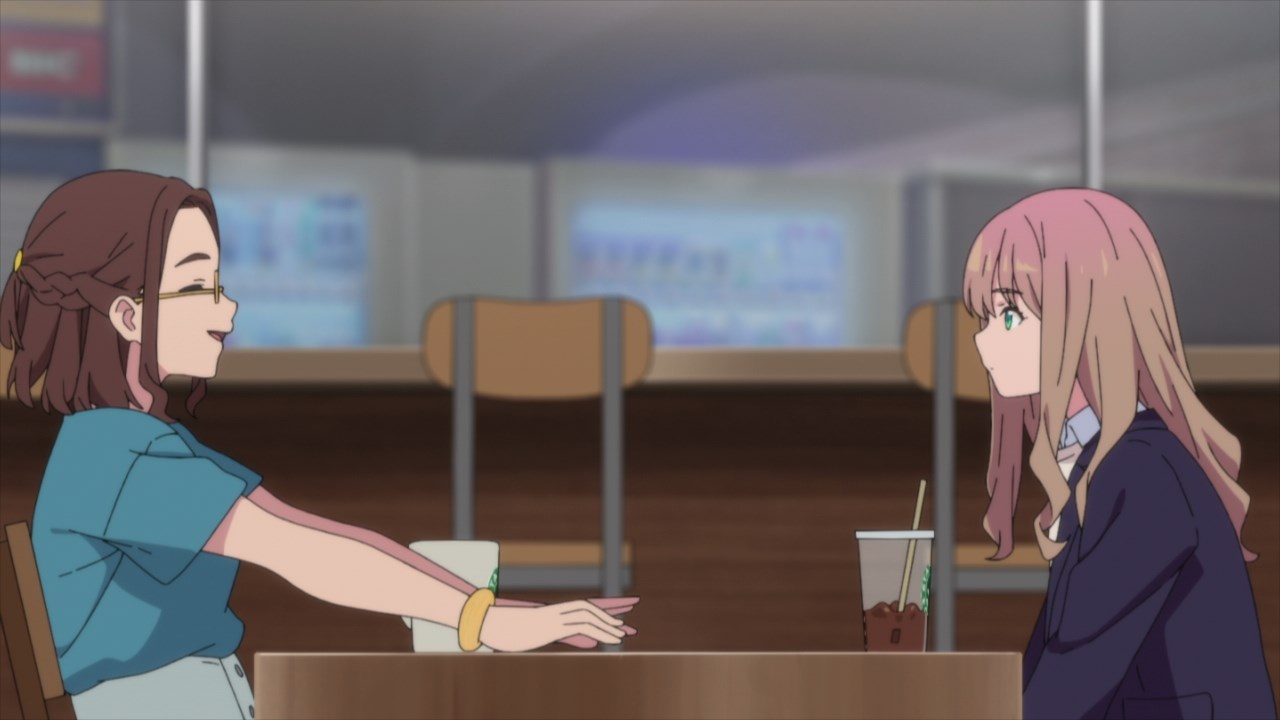 Oh, she went to meet someone who knows about her sister Kano where she’s actually cheerful, but very committed to the chorus club that Kano is looking forward on the recital.

Sadly, Yume Minami couldn’t find an answer upon meeting one of her sister’s friends. I guess she’ll have to look deeper then. 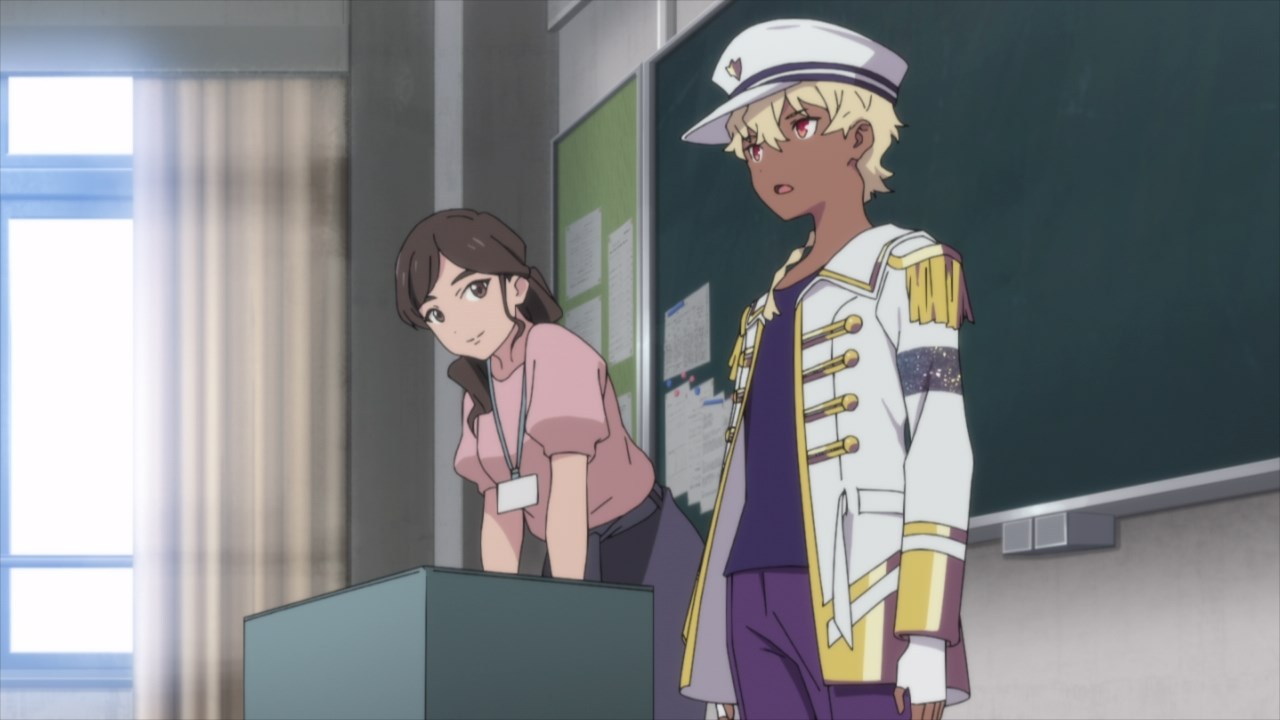 Meanwhile, there’s a new exchange student in Fujiyoki High School as Sizumu is here to make friends with various people, although Yomogi and Yume should be very cautious towards this guy. 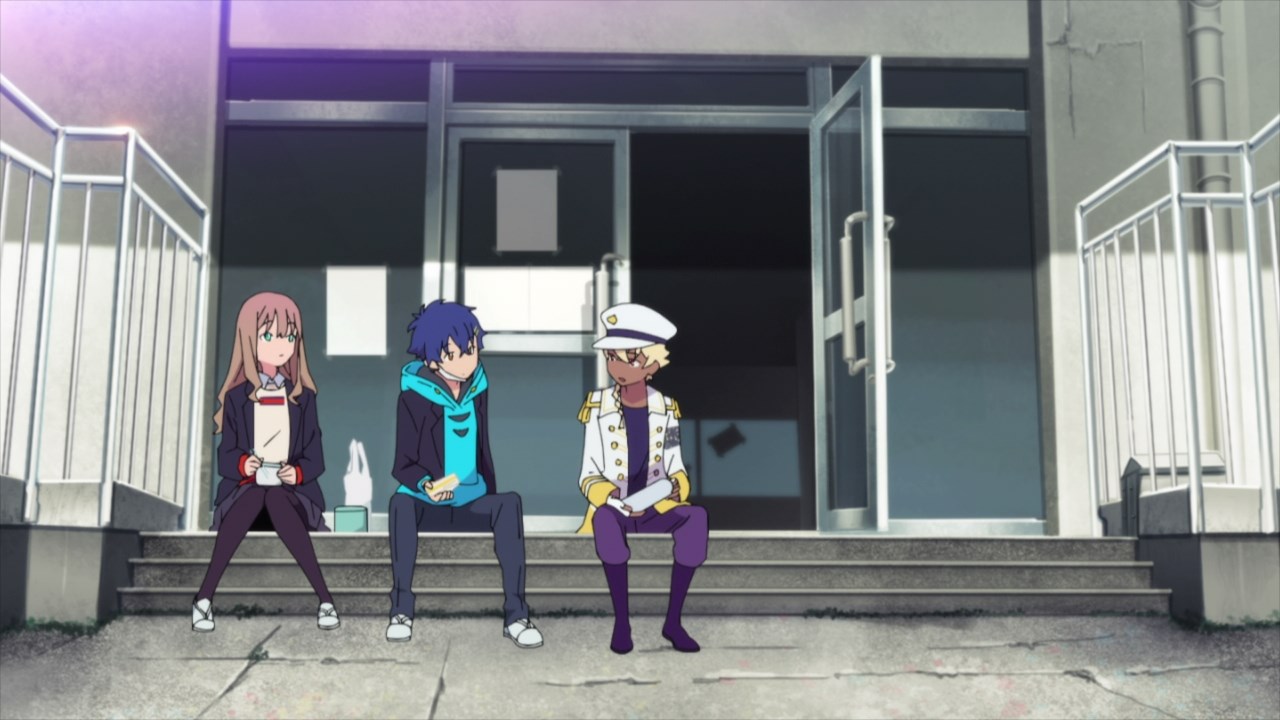 But speaking of Sizumu, it’s revealed that they don’t create kaiju as they just control them. In fact, kaijus are born from human’s psyche, either from trauma or even the will to destroy everything.

Furthermore, it’s also revealed that the Kaiju Eugenicists wants to create a world where kaijus are needed, although Sizumu expects Yomogi and Yume to fight them ’cause he believes that they really want to destroy some kaijus out of frustration. 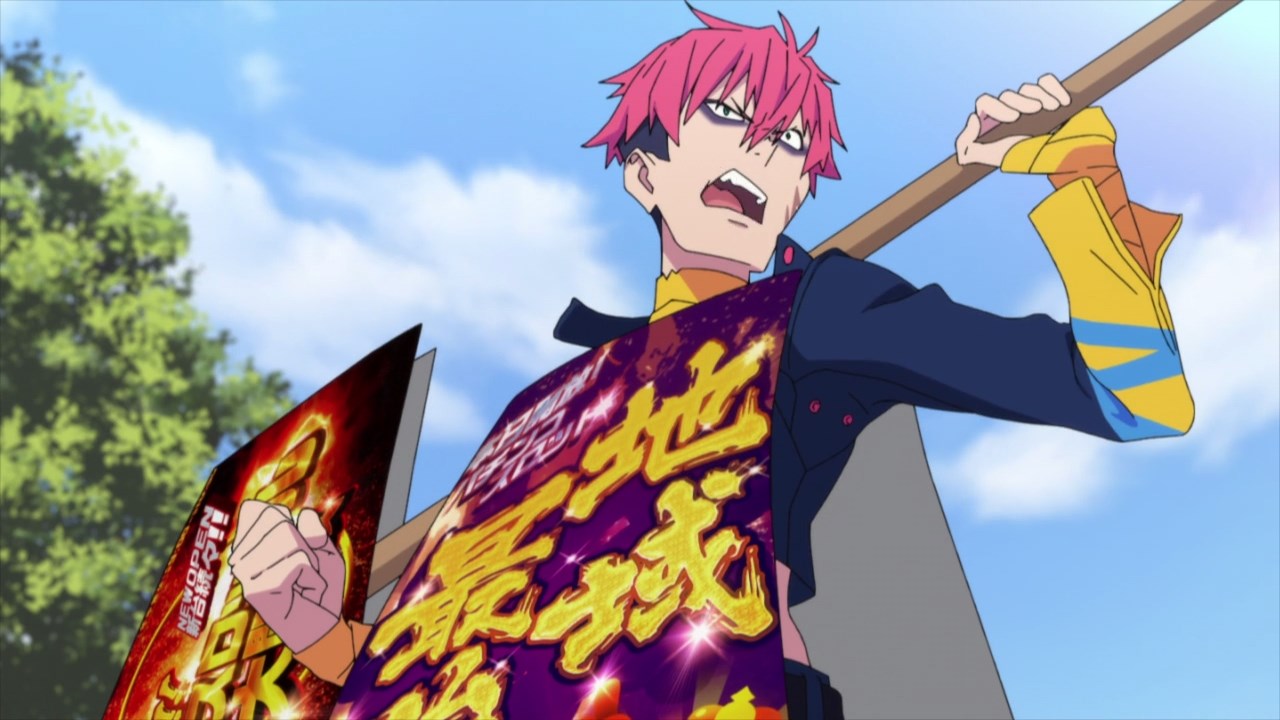 Meanwhile, it appears that Gauma’s eugenicist radar is tingling as he heard that Sizumu is inside Fujiyoki High School.

By the way, I think he should have finish his part-time job first before finding his nemesis. 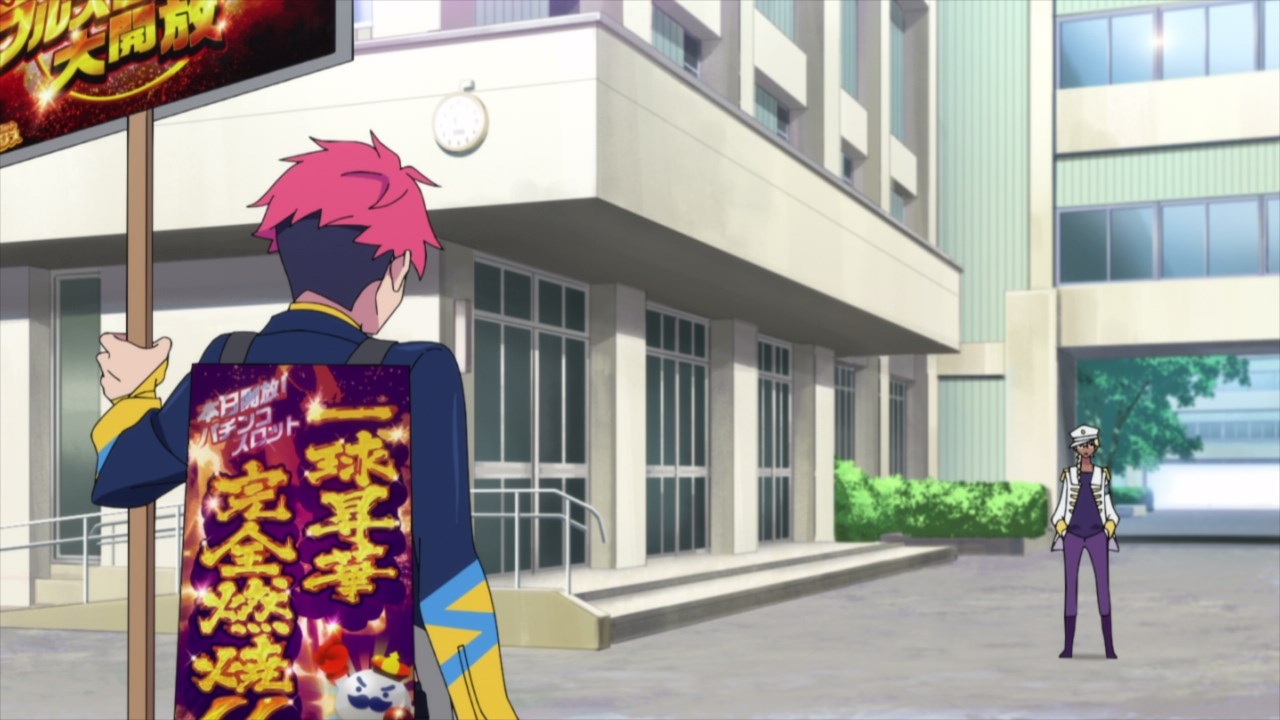 Of course, Sizumu decided to take on Gauma, although he won’t punch his former ally because Sizumu needs to behave inside the school campus. 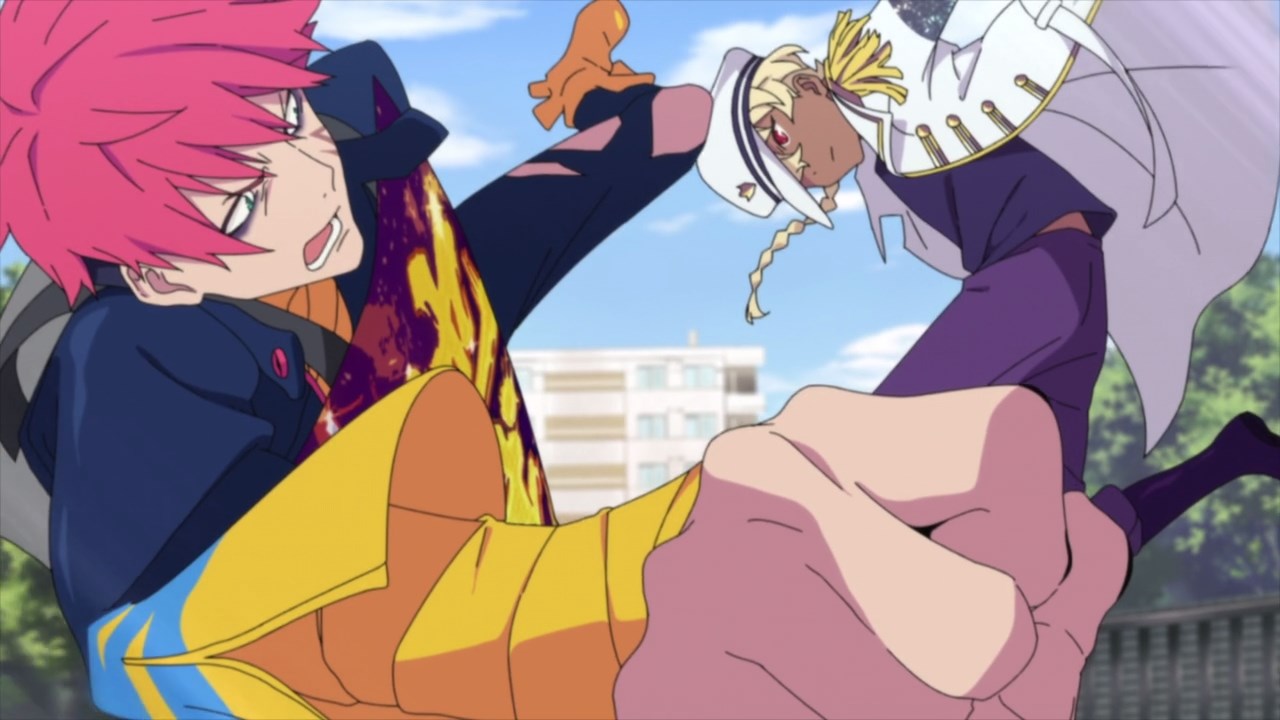 Regardless, Gauma decides to punch Sizumu where he just dodges Gauma’s attacks. Seriously though, using violence to solve everything is an idiotic move for Gauma. 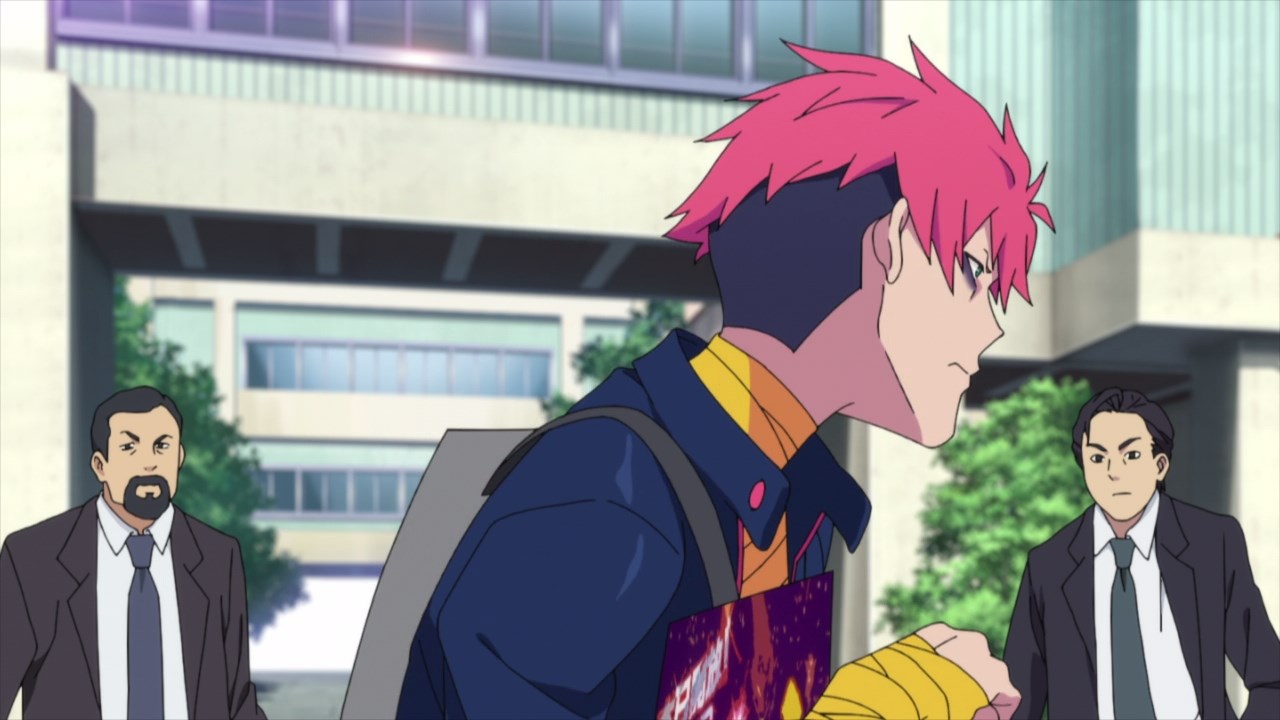 And really, it appears that security will detain Gauma for trespassing. On top of that, he got fired for his stunt. 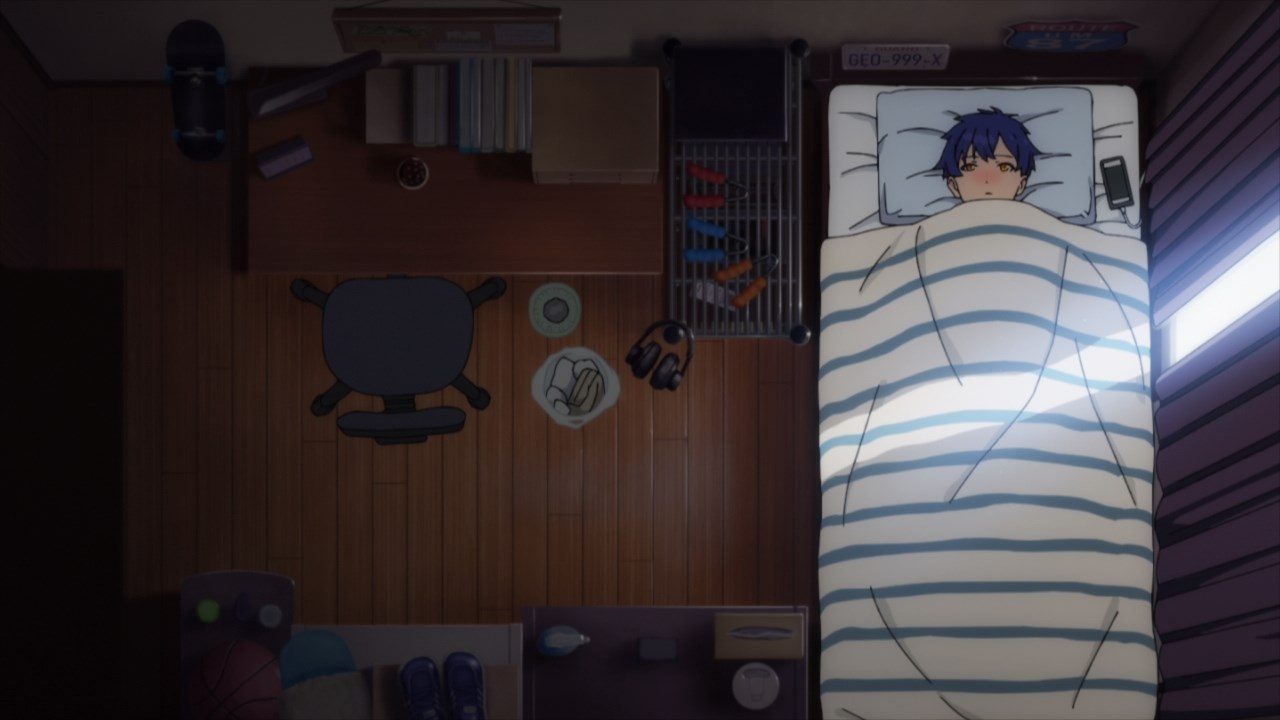 Now then, here’s Yomogi Asanaka where he stayed home due to having the common cold.

I guess Yomogi got soaked real bad during his pilot training which he falls down most of the time. 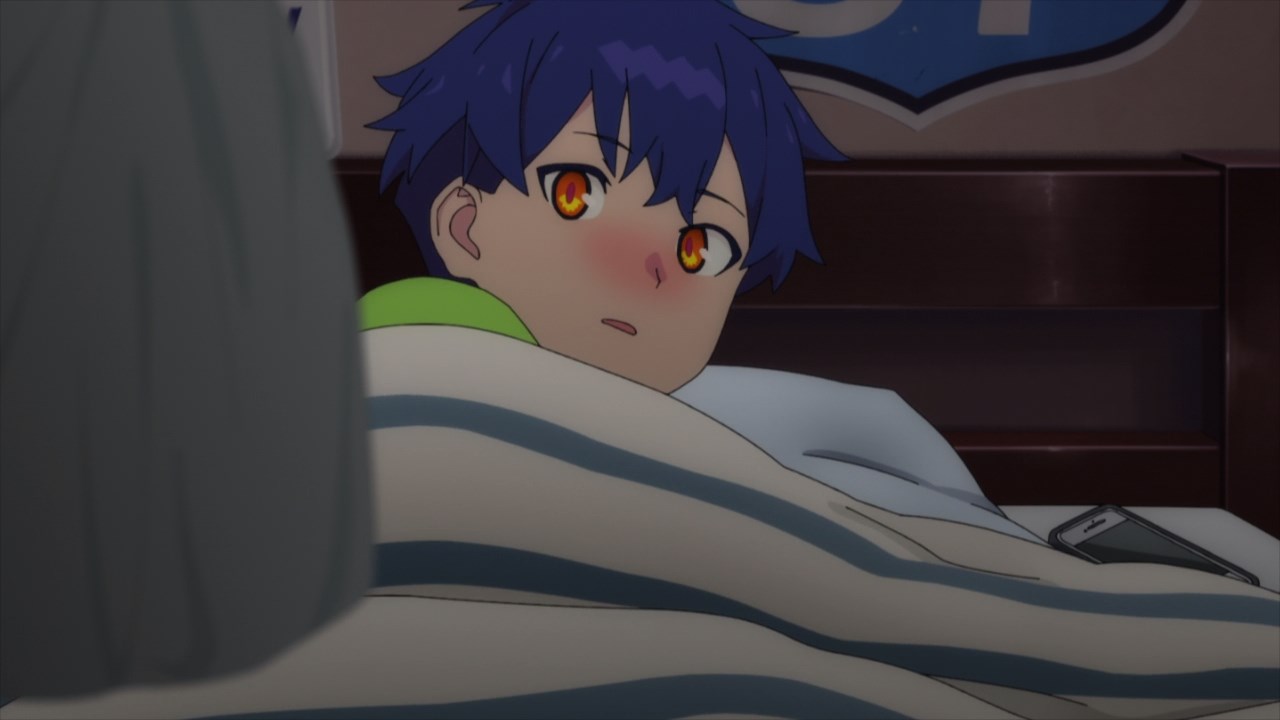 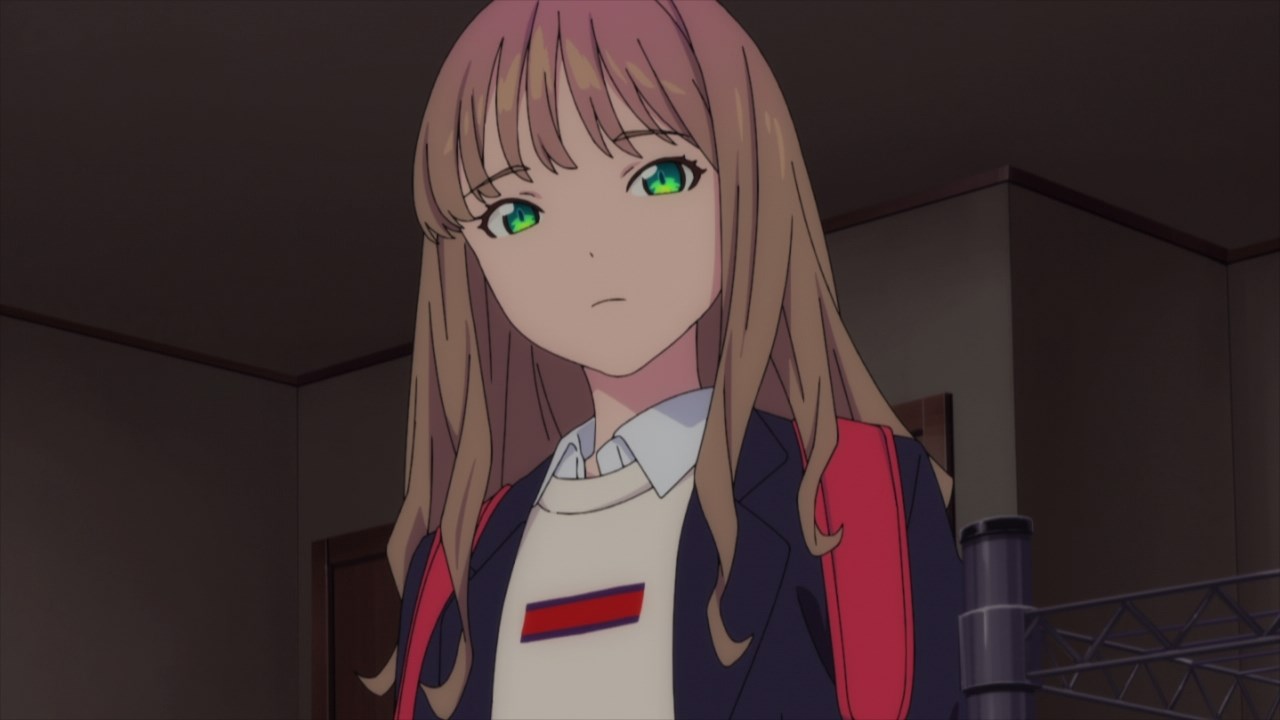 But hey, at least Yomogi got a visitor as Yume Minami is here to give Asanaka some notes and snacks to eat. Really lucky to have someone take care of Yomogi. 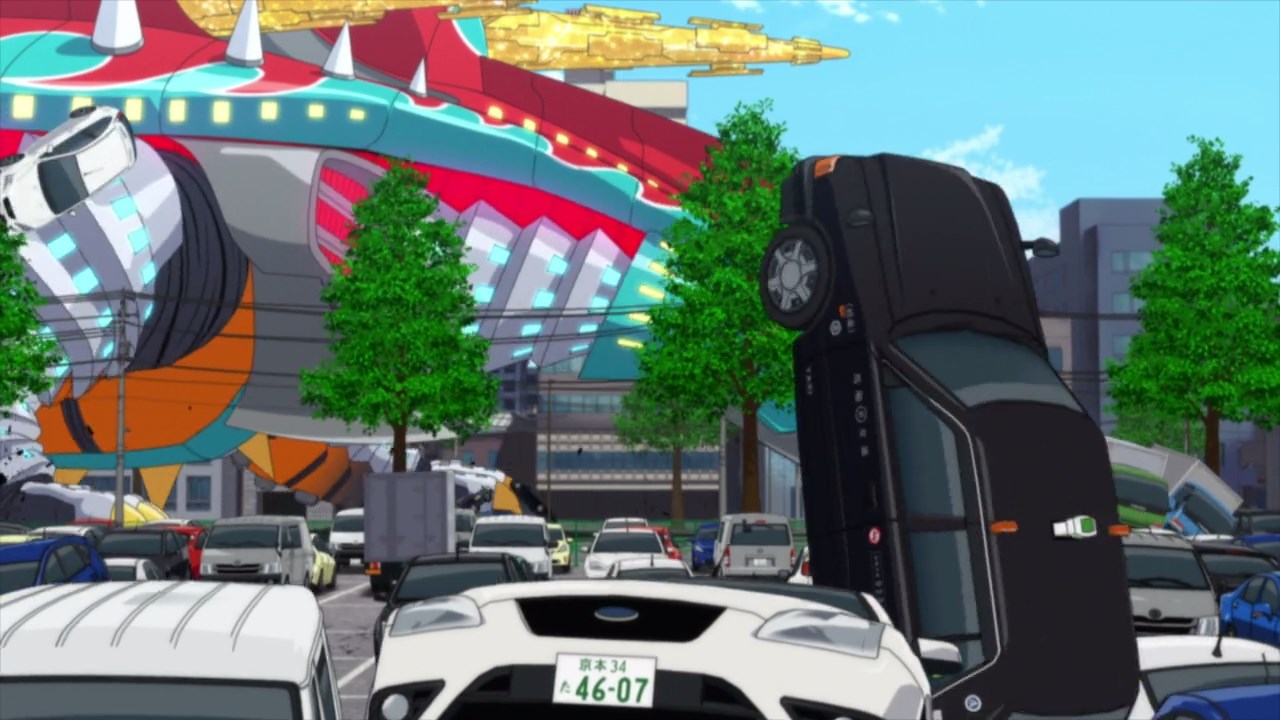 However, it looks like another kaiju named Didoras has appeared to wreck havoc across the city. As much as the Kaiju Eugenicists tries to control kaiju, I think they need to take some day-off rather than making them big most of the time. 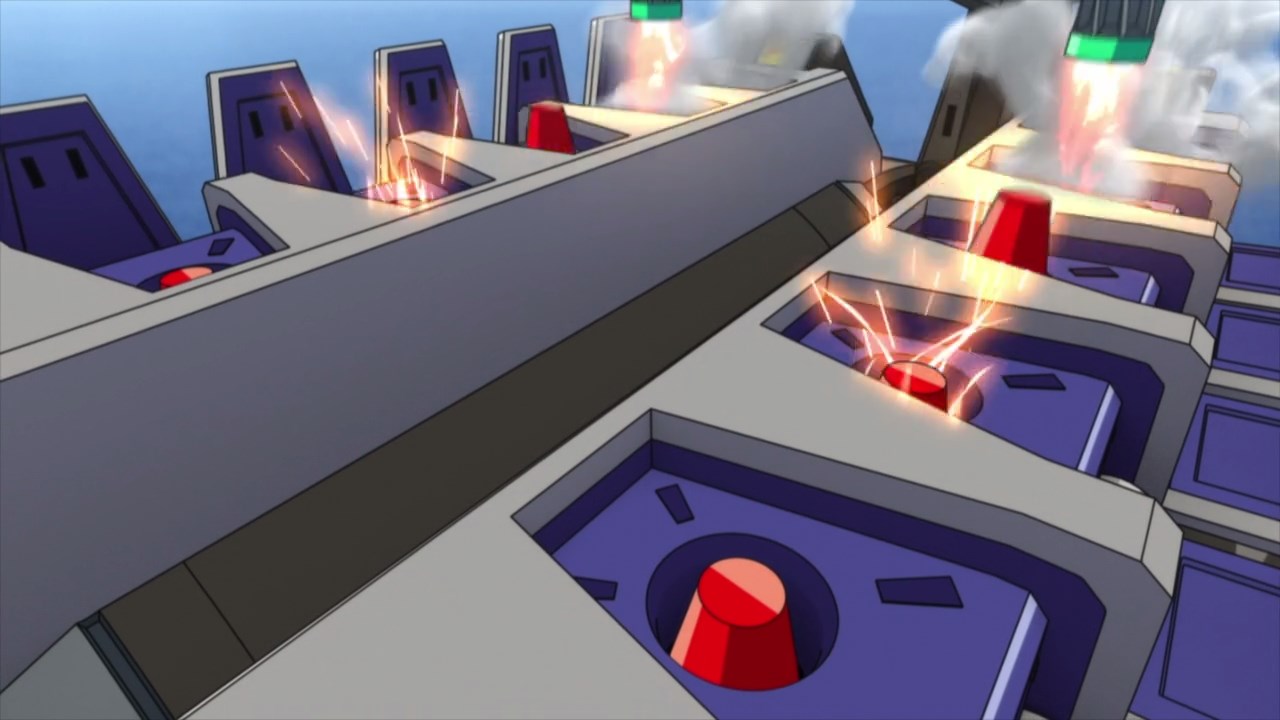 Well then, time for Gauma and his crew to finish the kaiju off as Gauma launches missiles from his Dyna Diver. 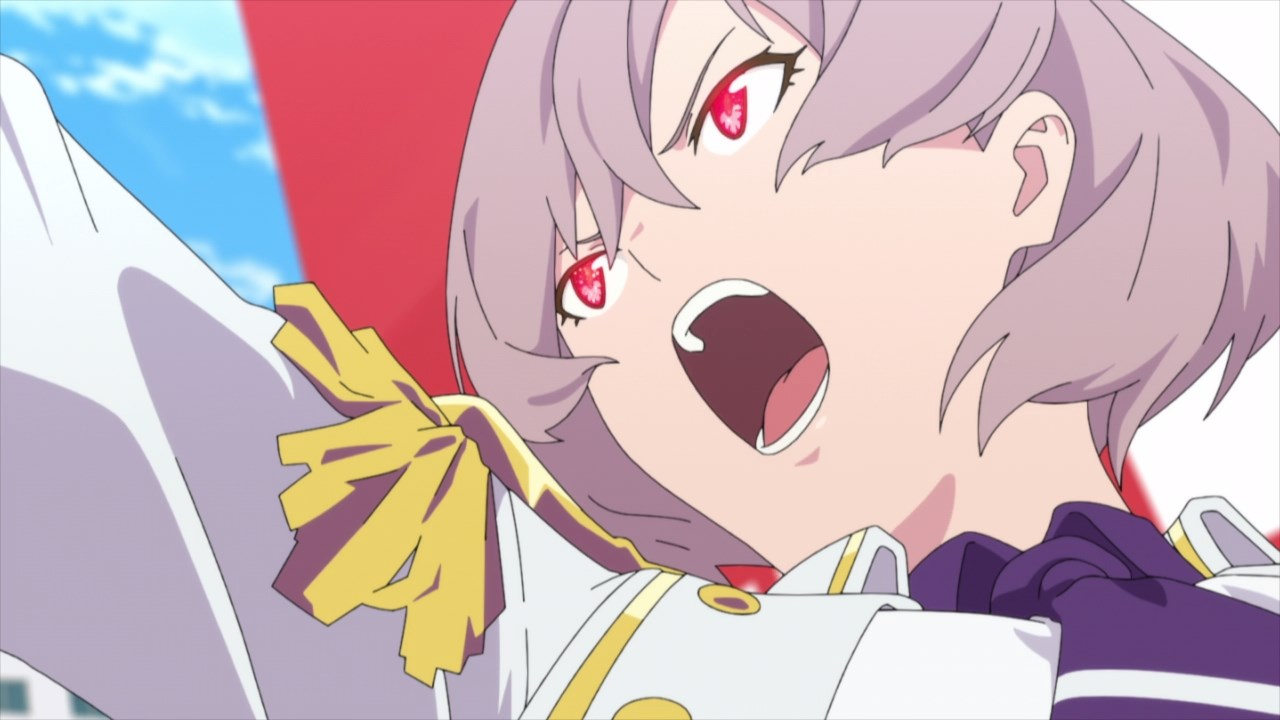 Unfortunately for Gauma, Mujina has another surprise for her kaiju where she’ll use its secret ability. 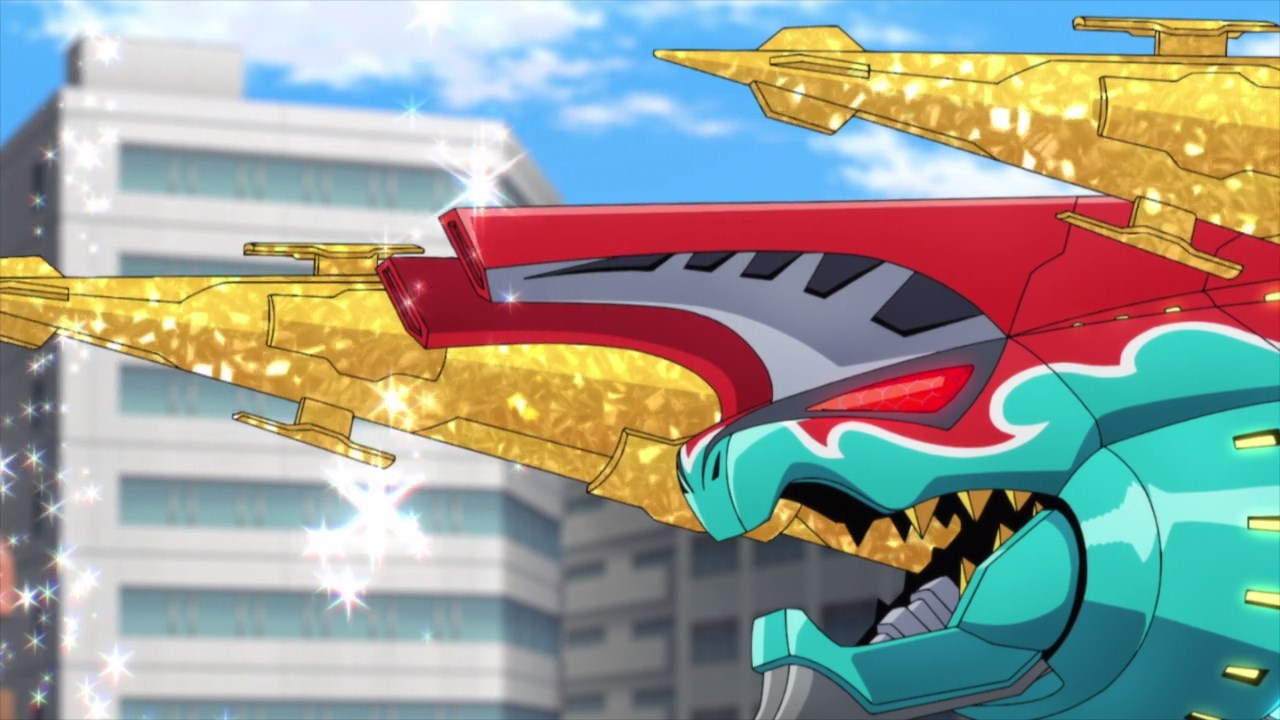 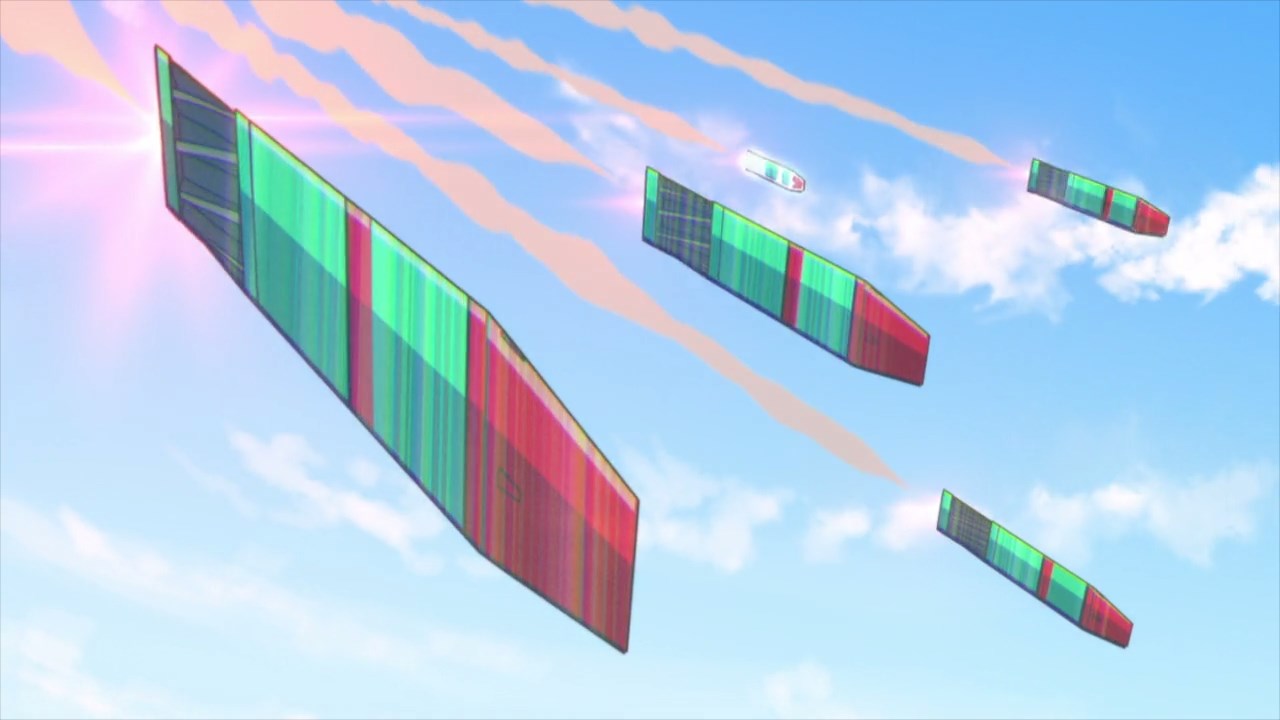 For you see, Didoras can warp dimensions, turning 3D objects into 2D. Looks like Gauma and his friends can’t fire missiles nor lasers at this kaiju. 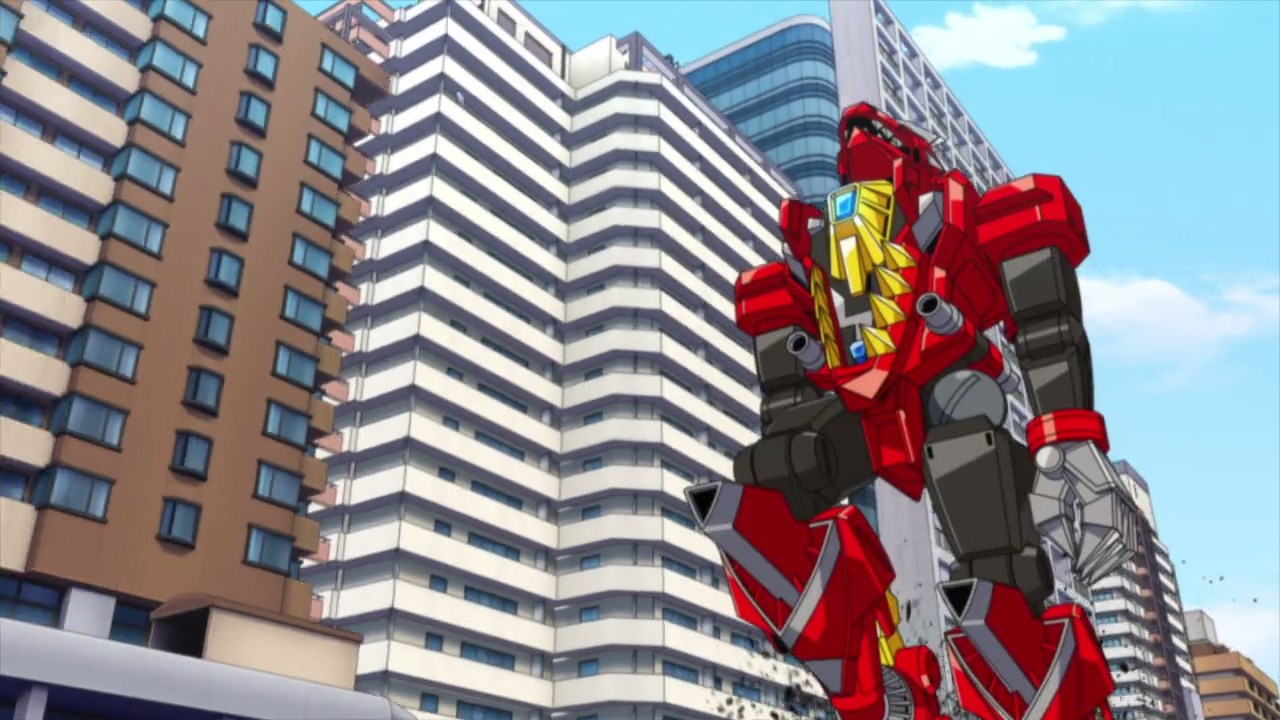 Meanwhile, here’s the Dyna Soldier where it’s ready to fight against the kaiju with its claws. 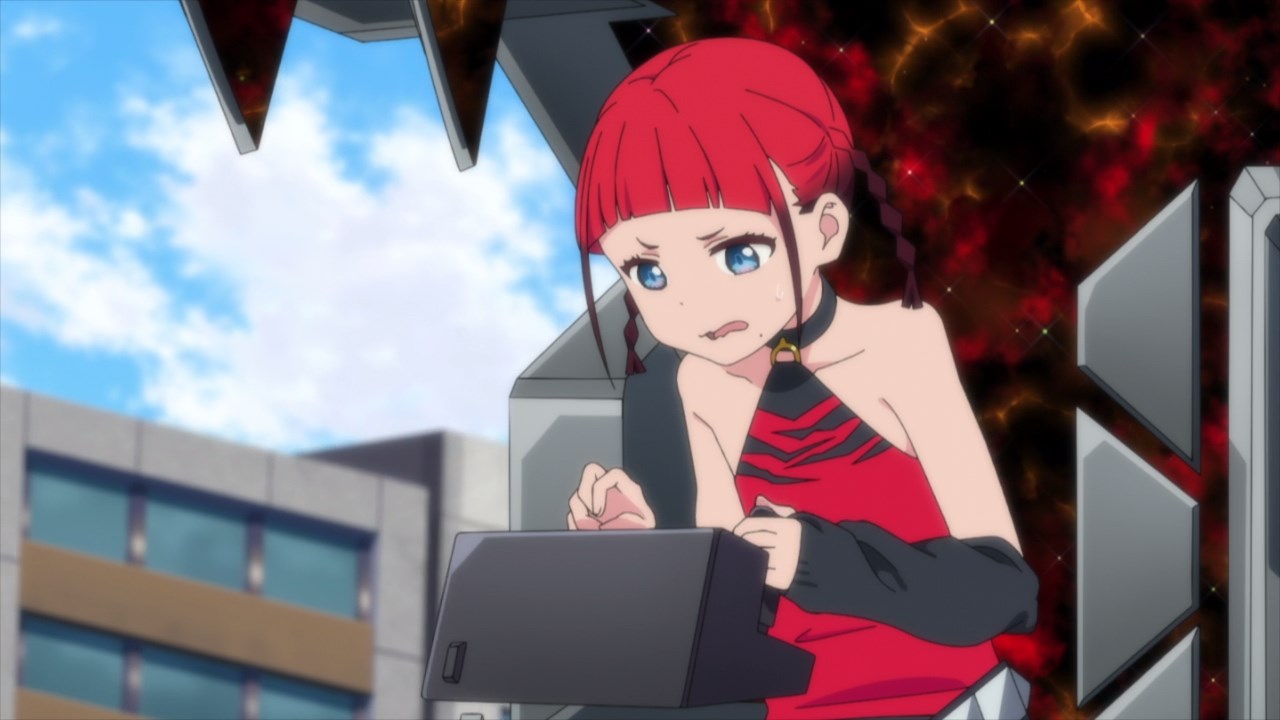 Except that it’s being piloted by Chise Asukagawa rather than Yomogi Asanaka where she’s struggling to control the Dyna Soldier.

While I appreciate her help, I think Gauma should train Chise when Yomogi is not around. 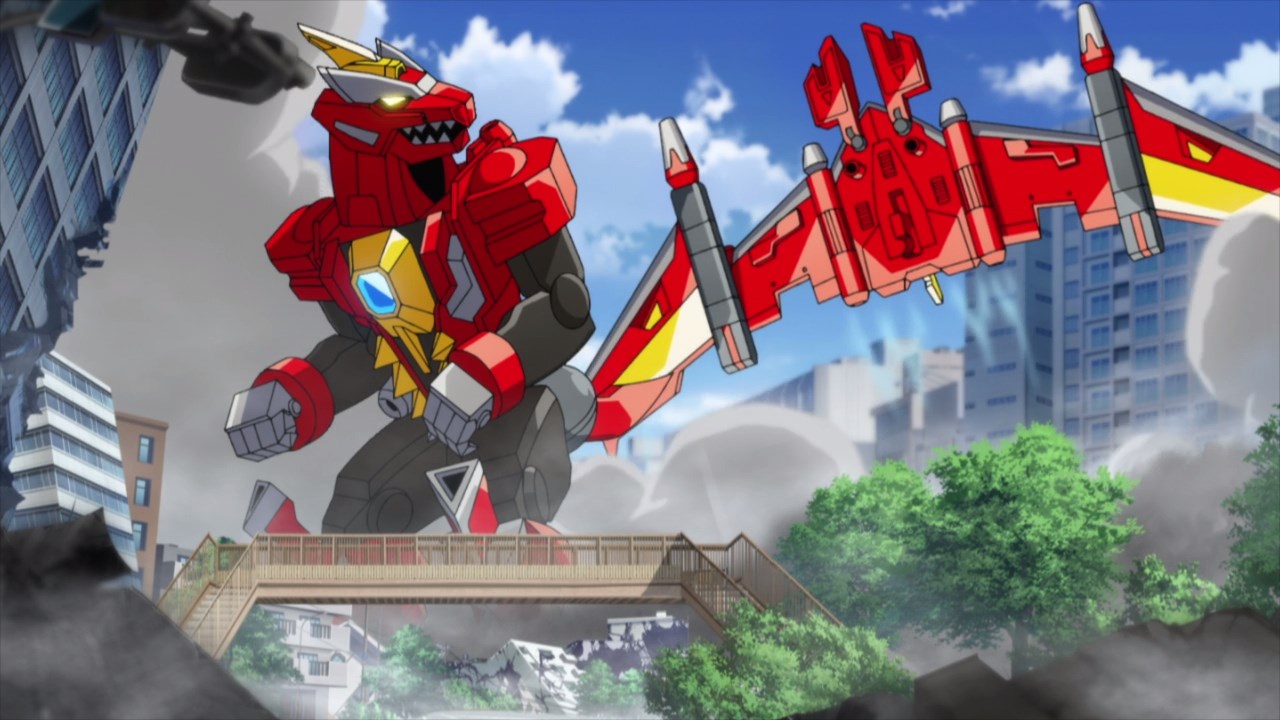 Luckily, Yume brought Yomogi into the scene thanks to her Dyna Wing. C’mon, he has more experience on piloting the Dyna Soldier than Chise. 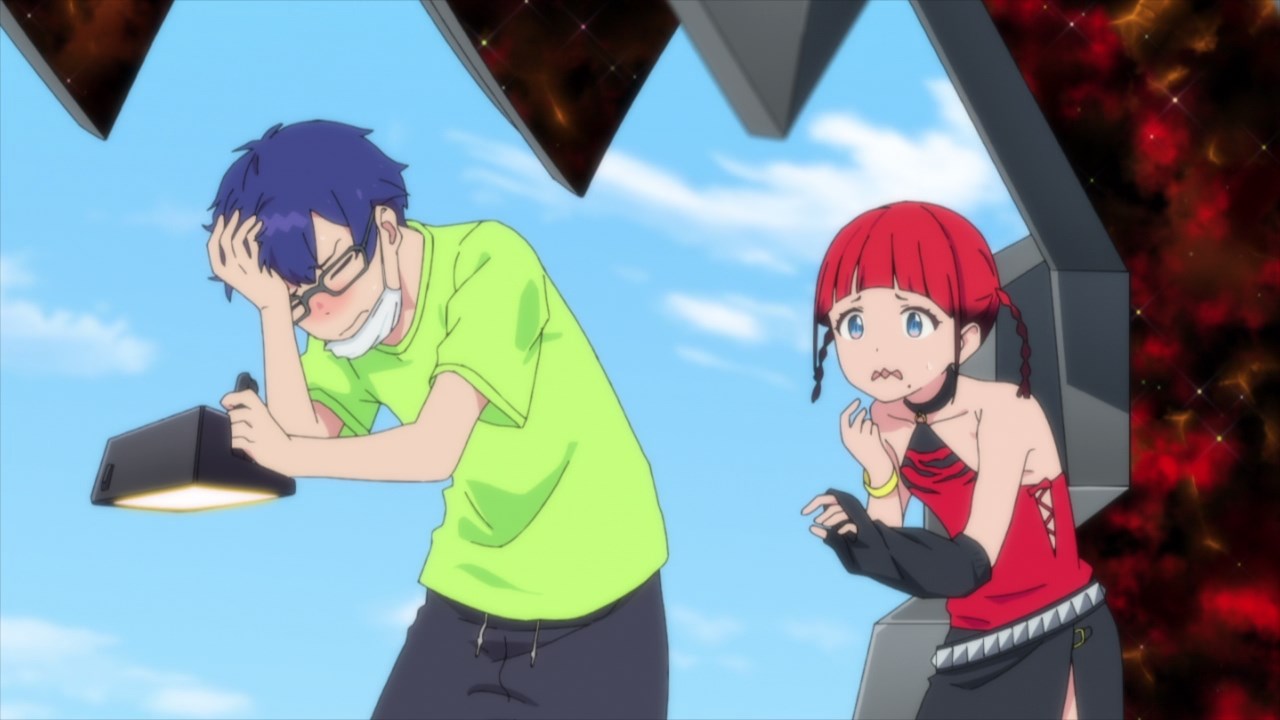 Then again, Yomogi is a bit groggy to pilot the Dyna Soldier that he needs some assistance. Looks like Gauma and the rest will have to carry this battle when they combine into Dynazenon. 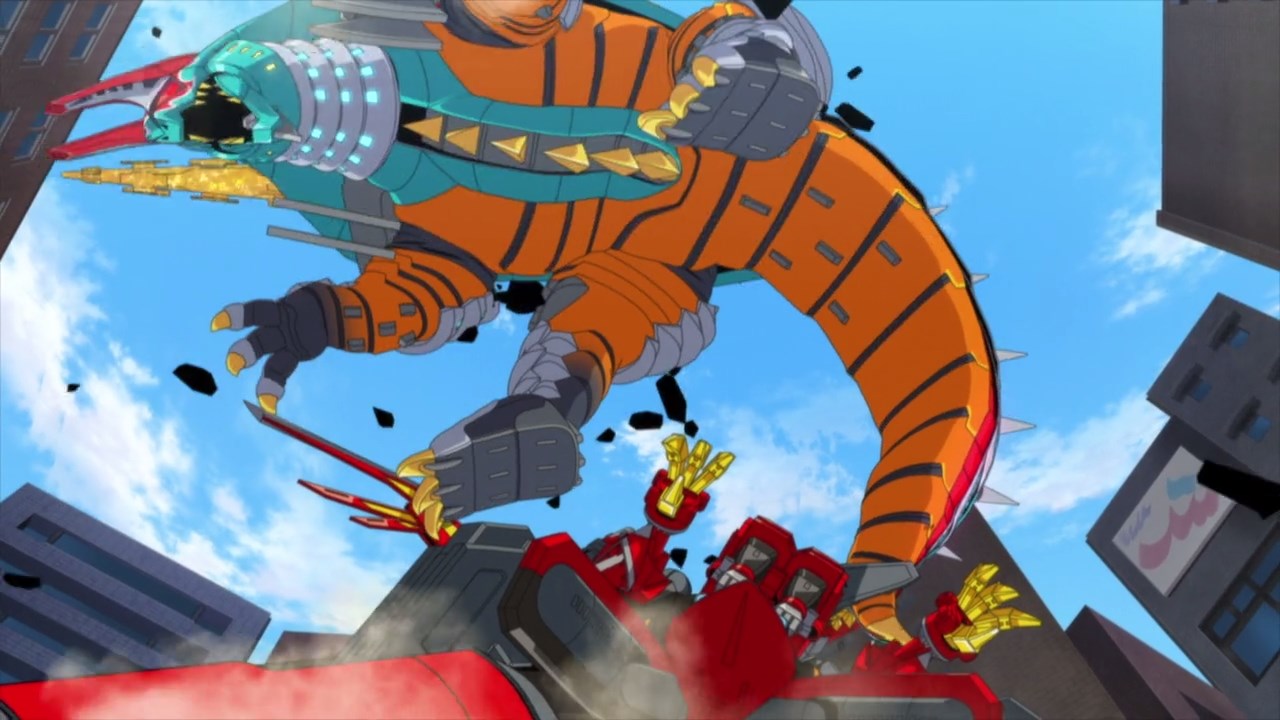 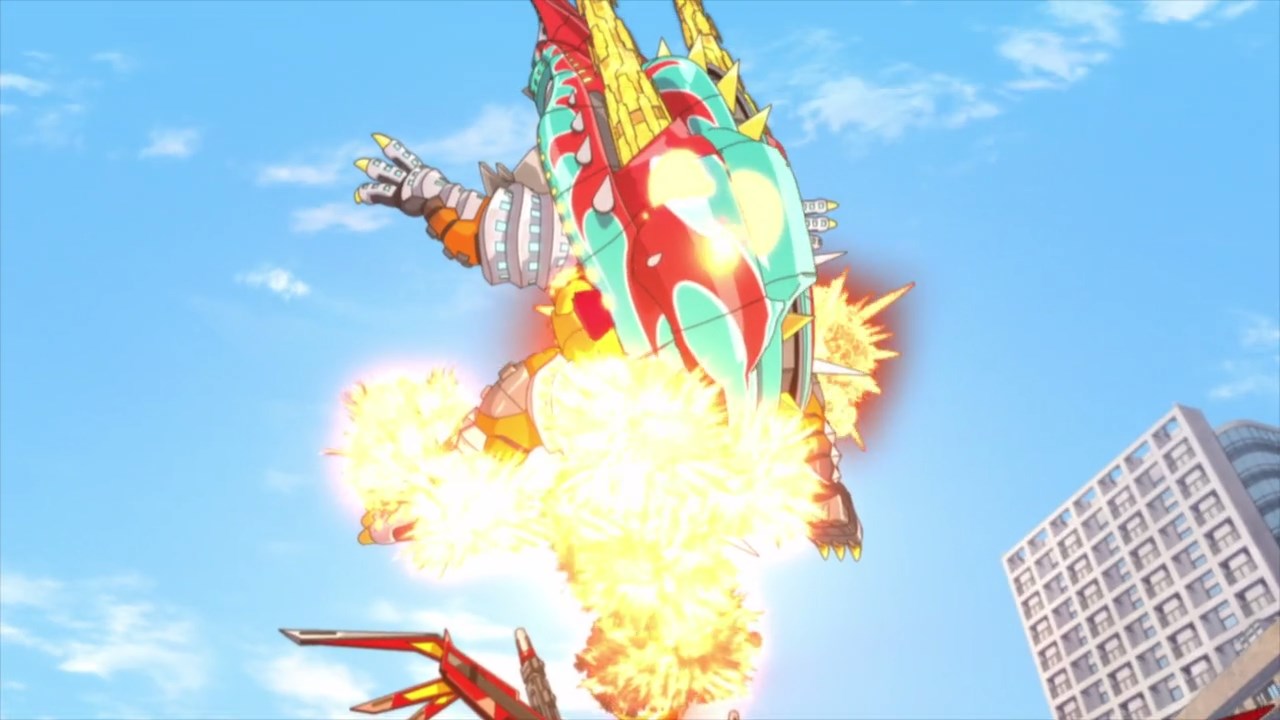 With that said, Didoras is finally defeated, although I think Chise Asukagawa should learn how to pilot the Dyna Soldier effectively should Yomogi is out of commission. 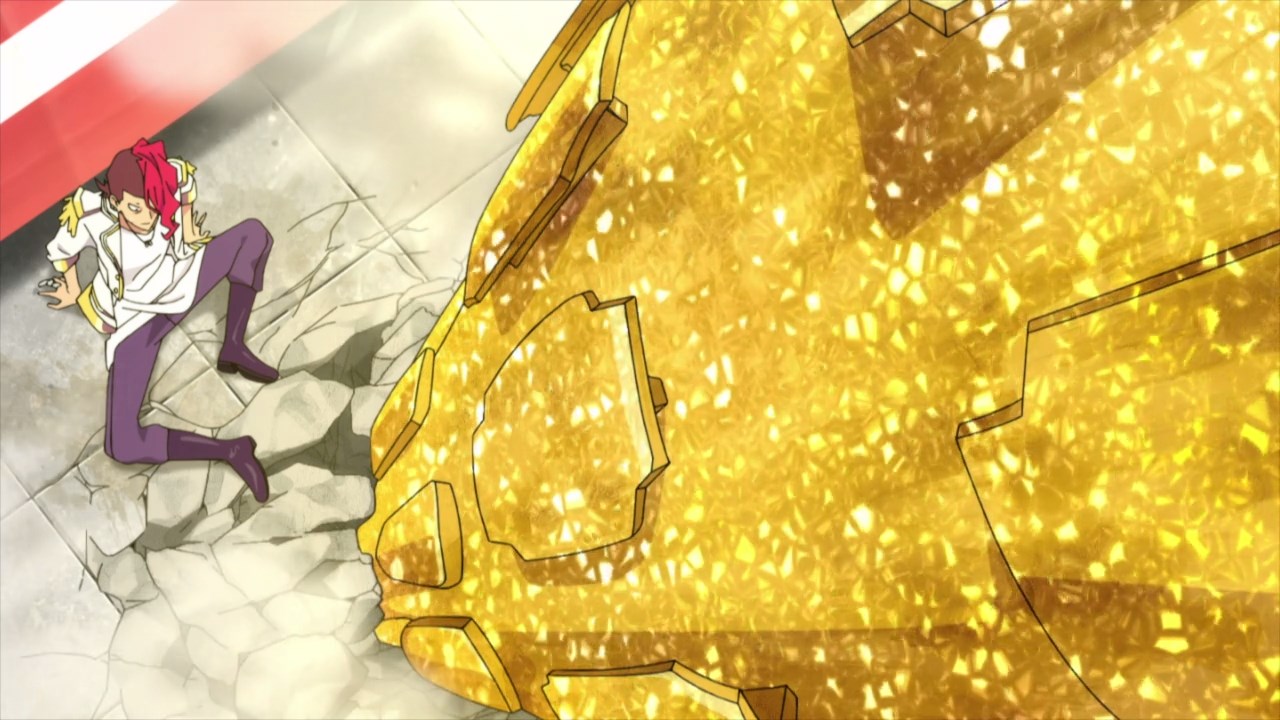 On the other hand, looks like Onija almost died as a broken horn landed closer to him. What a close call for this eugenicist! 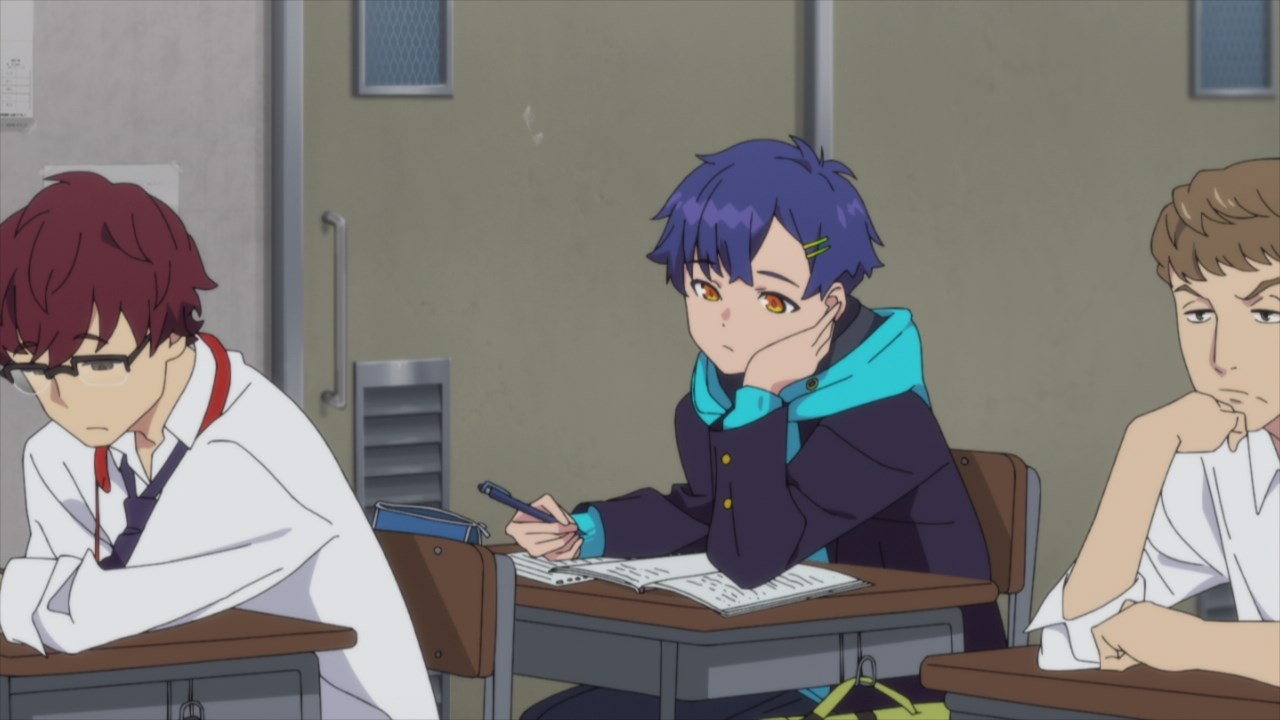 Now then, here’s Yomogi Asanaka where he finally recovered from the common cold. Seriously, he needs to take care his body from time to time. 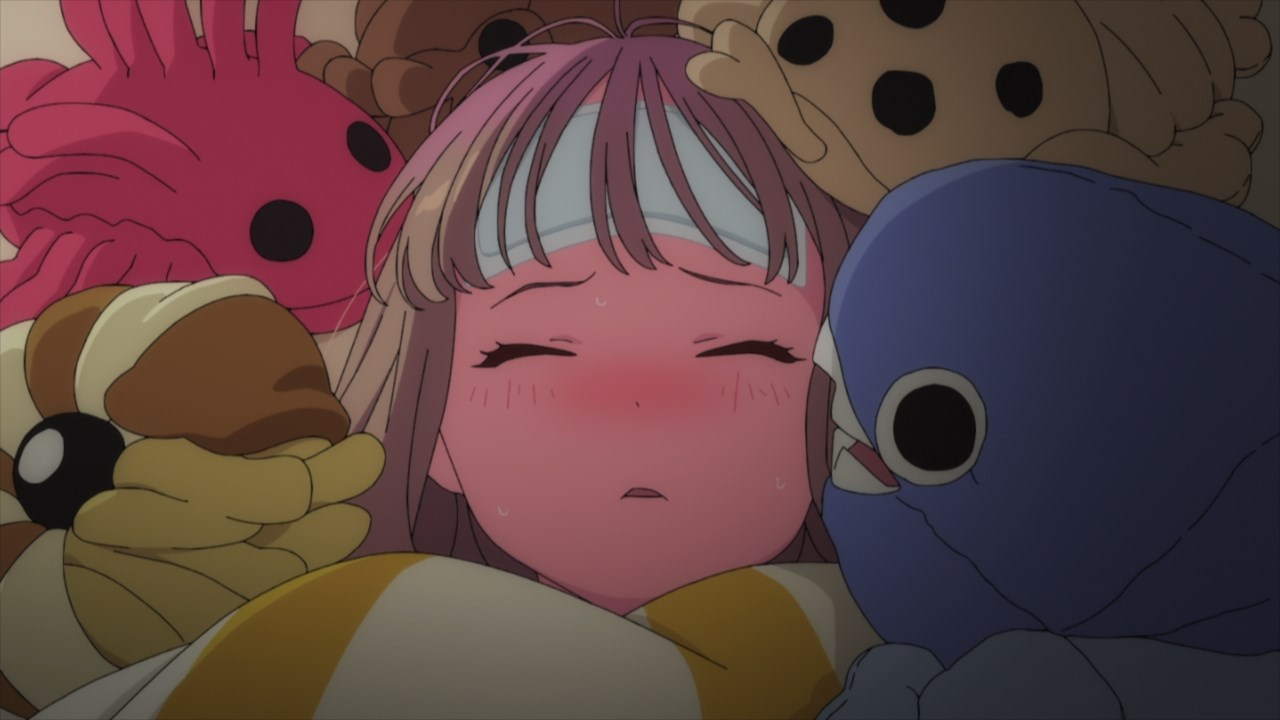 But for Yume Minami however, it looks like she caught Yomogi’s cold that Yume took a rest for the time being. I think she should have wore a mask so that Yume won’t get caught by it.

Anyways, I’ll see you next time and I have to say that it’s still a mystery on why kaijus exist in this world.