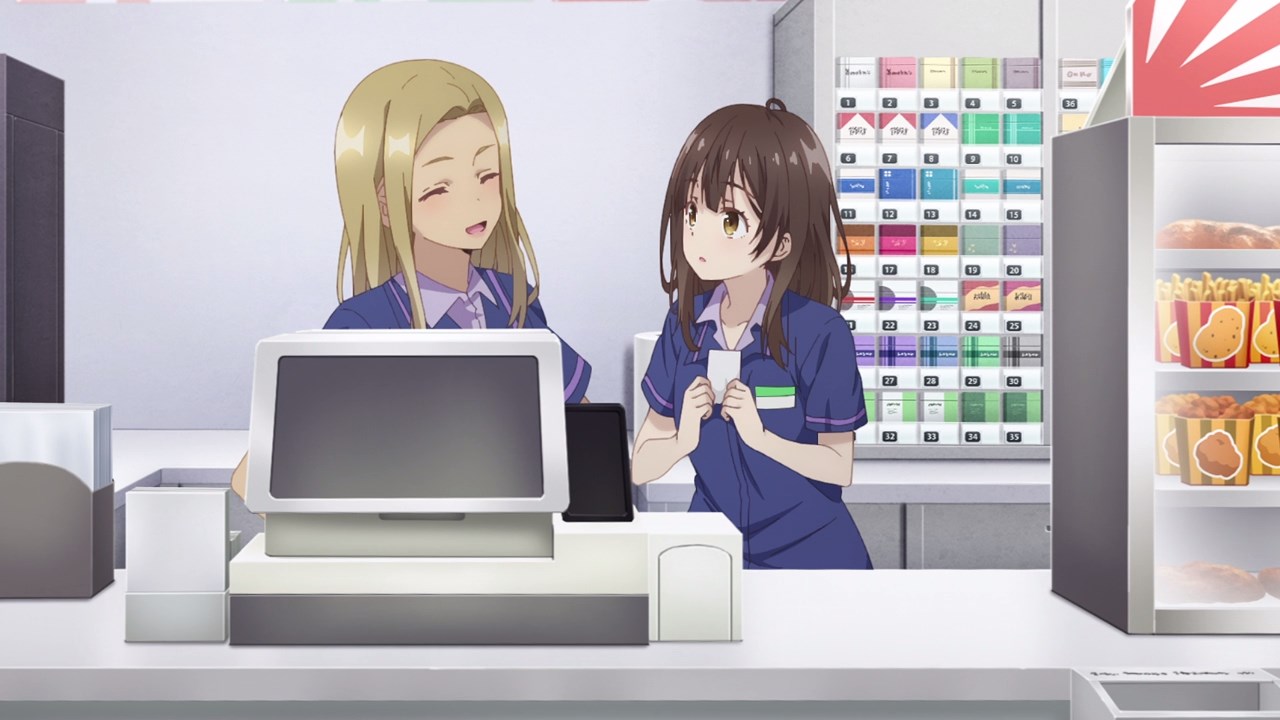 On this episode, Sayu Ogiwara is working part-time at the convenience store and I’m really surprised that she got accepted easily.

Also, the blonde girl standing next to Sayu is her senior named Asami Yuuki where she’ll help Ogiwara on her job. Still, I’m glad that she has something to do rather than doing nothing at Yoshida’s apartment. 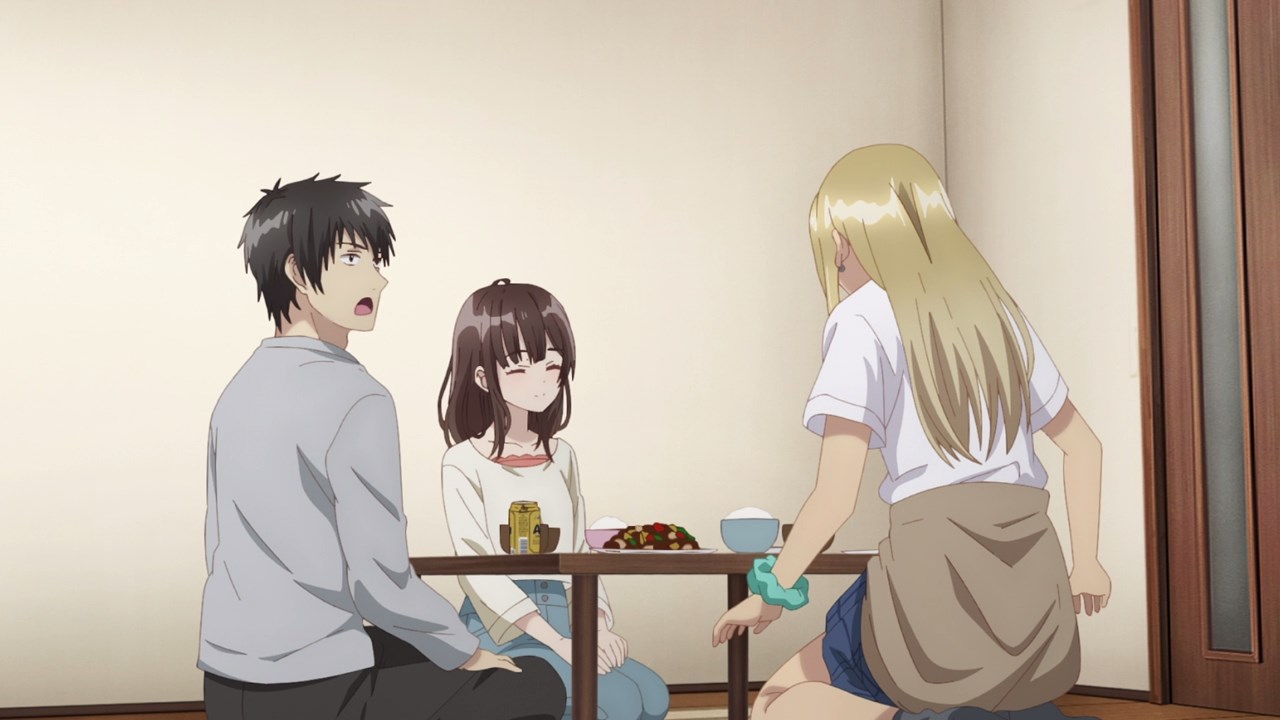 By the way, looks like Asami Yuuki went to Yoshida’s apartment where she’s surprised that Sayu Ogiwara is living with an older guy, although Yoshida will have to pretend that he’s acting like a big brother to Ogiwara. 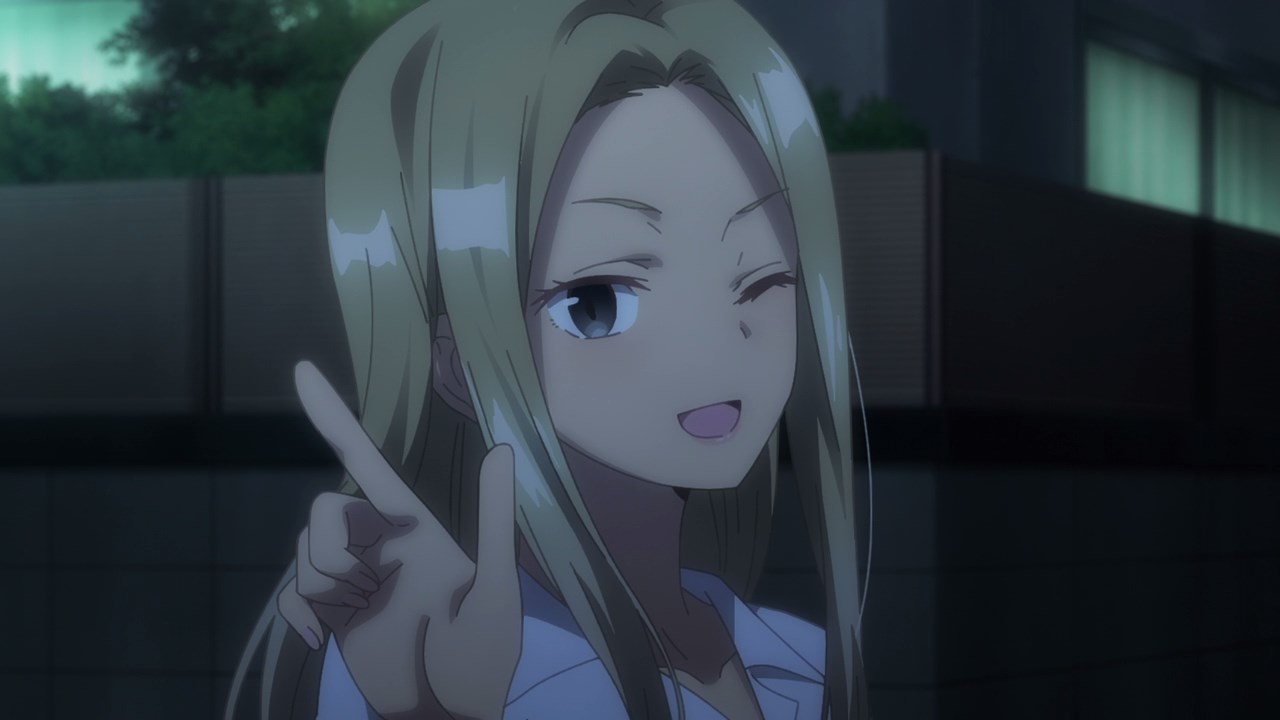 Of course, Asami knows that he’s really lying as there’s no way that Yoshida-san is related to Sayu Ogiwara.

However, Yoshida won’t tell Asami Yuuki about Sayu’s real circumstances as he doesn’t want Asami to report him to the police. C’mon, he’s taking care of a runaway girl. 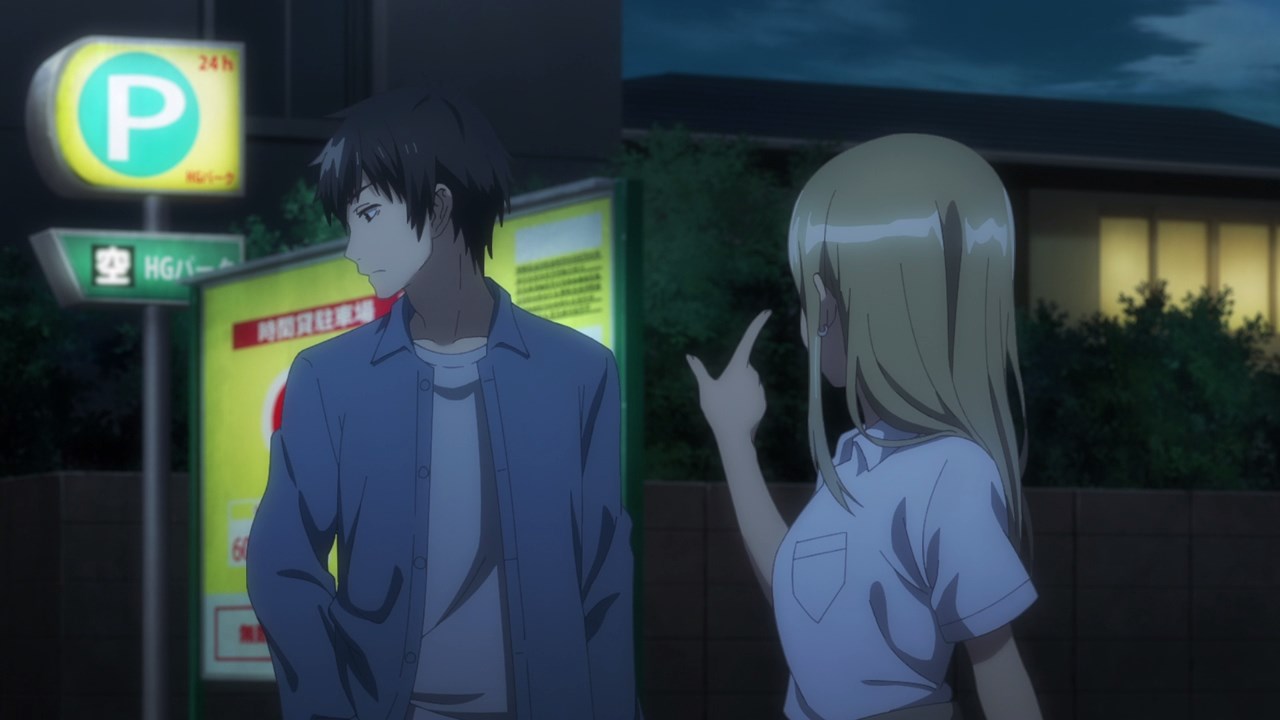 With that said, looks like Asami Yuuki will take her leave as she told Yoshida-san to be careful in regards to Sayu’s emotions. 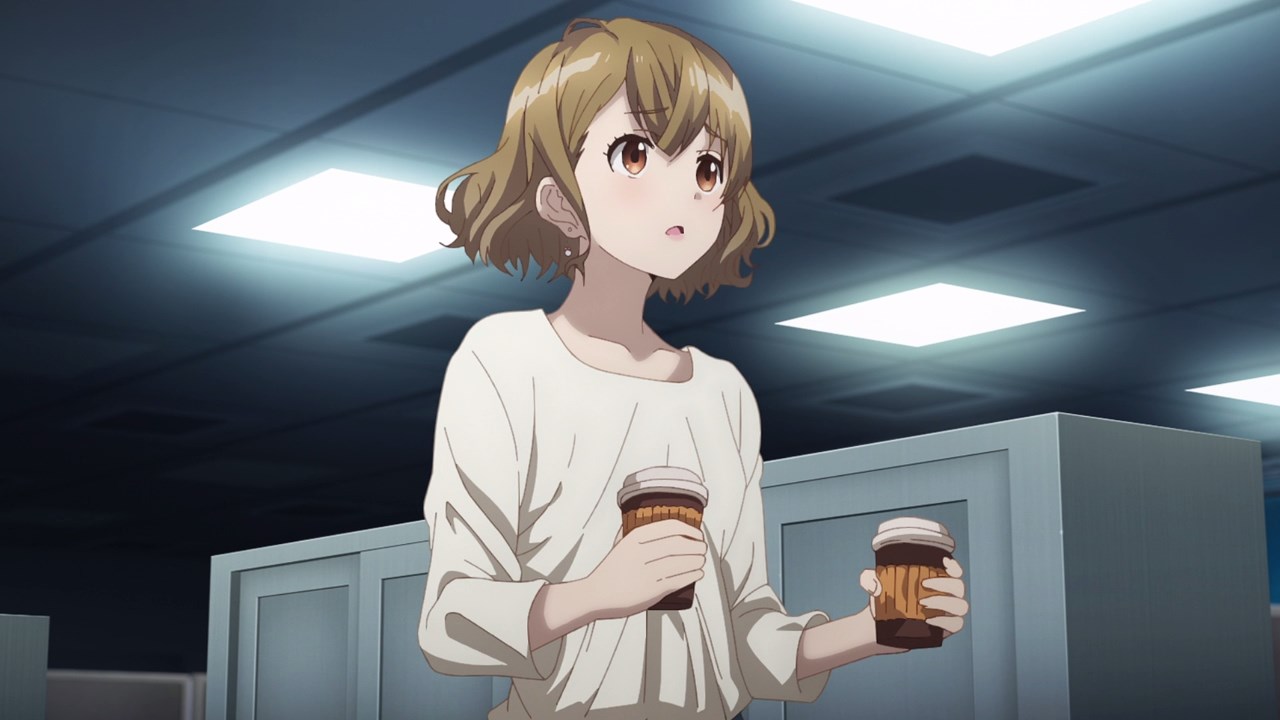 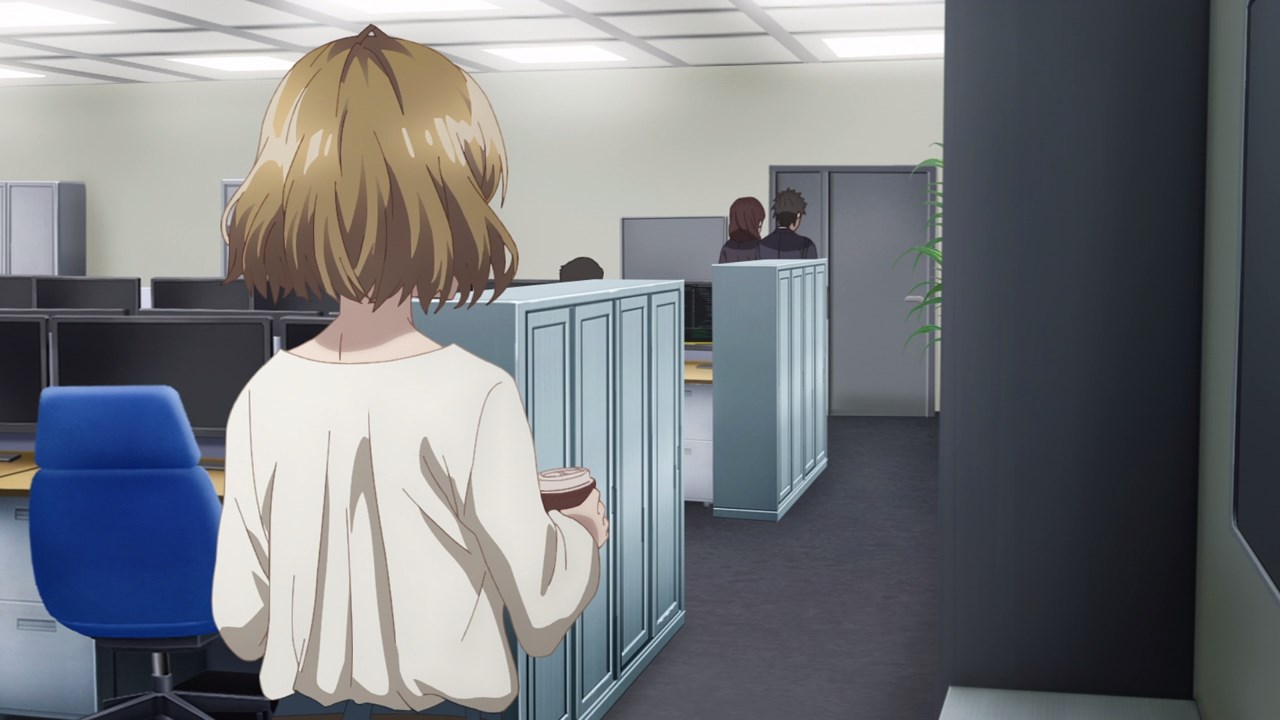 Meanwhile, here’s Yuzuha Mishima where she saw Yoshida-san and Airi Gotou together. Hmm, I bet that Gotou-san invited Yoshida-san to an izakaya bar again. 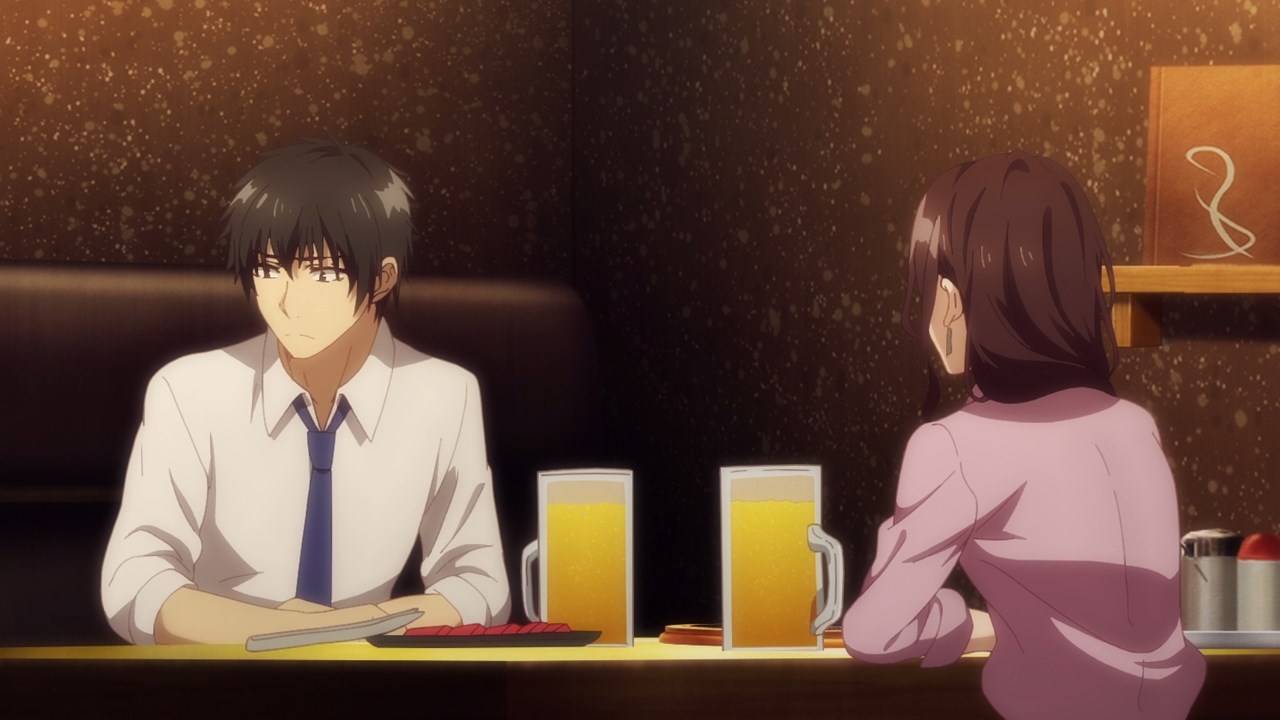 Still, it’s an awkward experience for Yoshida as he’s eating/drinking with his boss for the second time.

Of course, I want to know Gotou-san is still asking Yoshida-san if he’s dating Mishima? Then again, I fear that Airi Gotou might find out that her subordinate got a roommate. 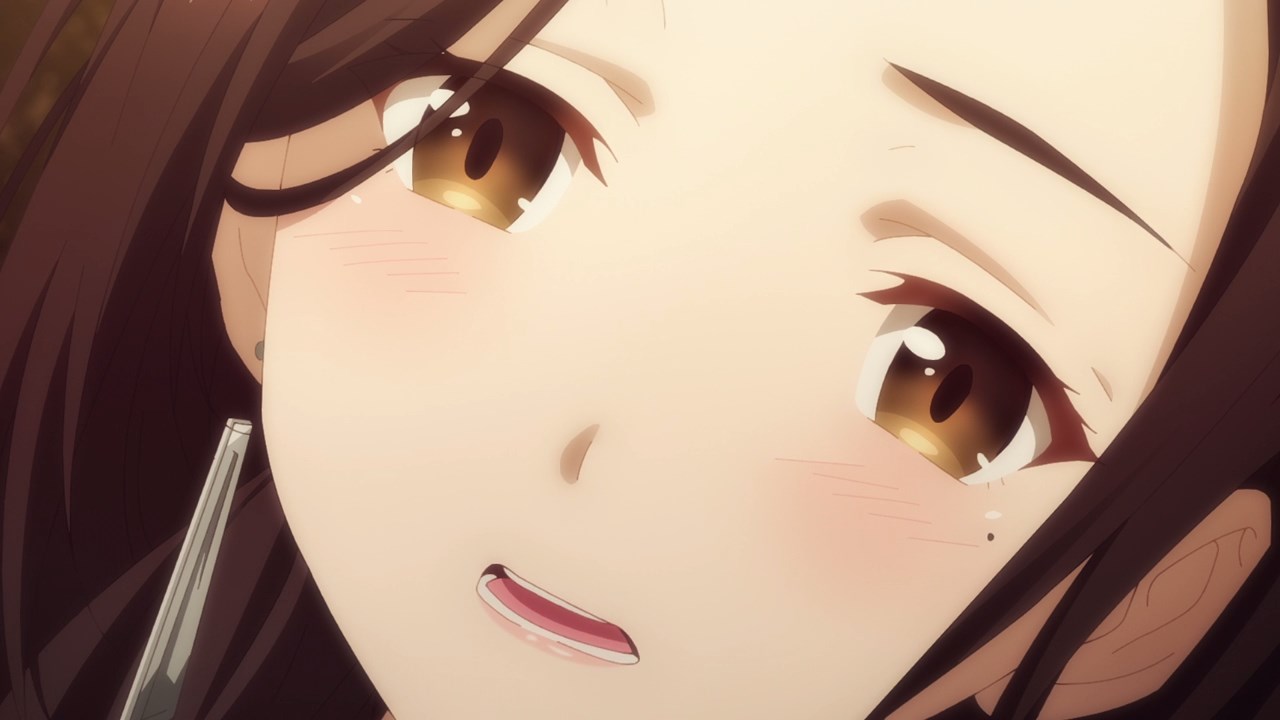 Turns out that Airi Gotou is really in love with Yoshida-san. Wait a minute, I thought she’s dating someone?

Actually, what Gotou-san said to Yoshida-san on the first episode was actually a lie as she’s not yet ready to have a relationship with a man. Also, Airi admits that she’s still a virgin which is very surprising. 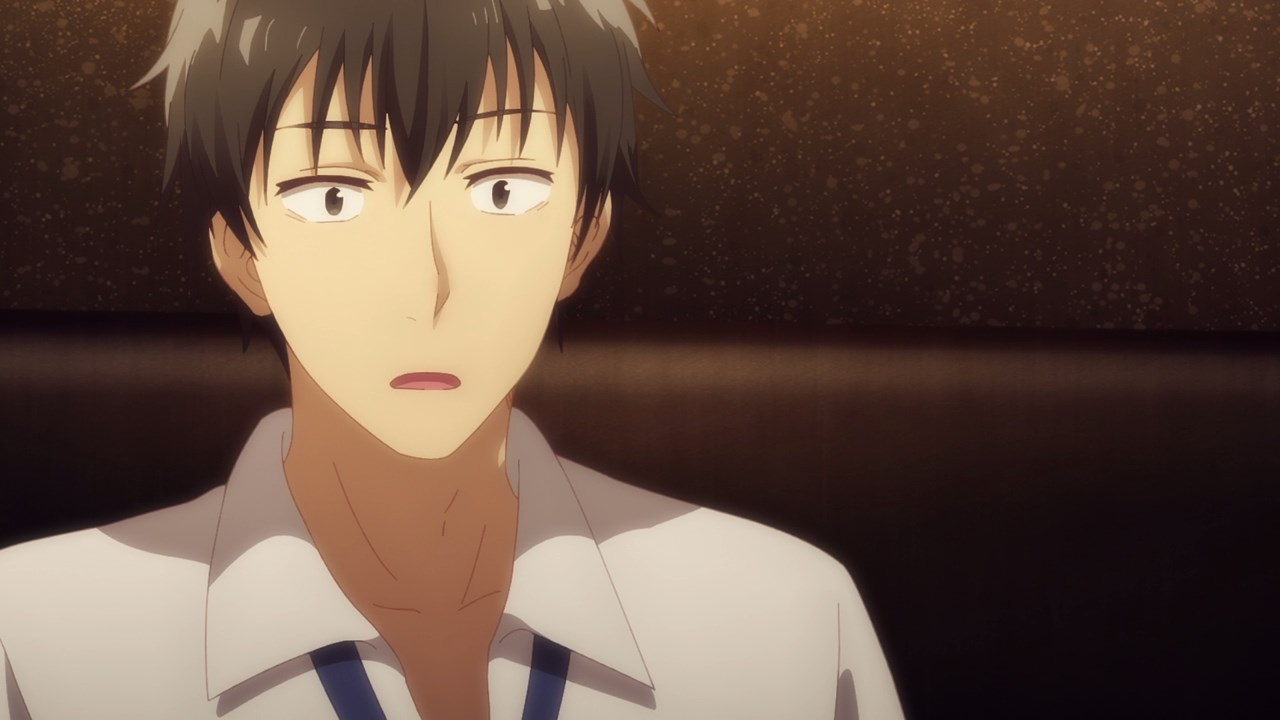 For Yoshida-san, hearing Airi Gotou’s revelation is a shocker to him ’cause she played his heart real bad.

You know what, I think Yoshida-san should take the opportunity to date his boss but he feared that Gotou-san might find out about Sayu Ogiwara. 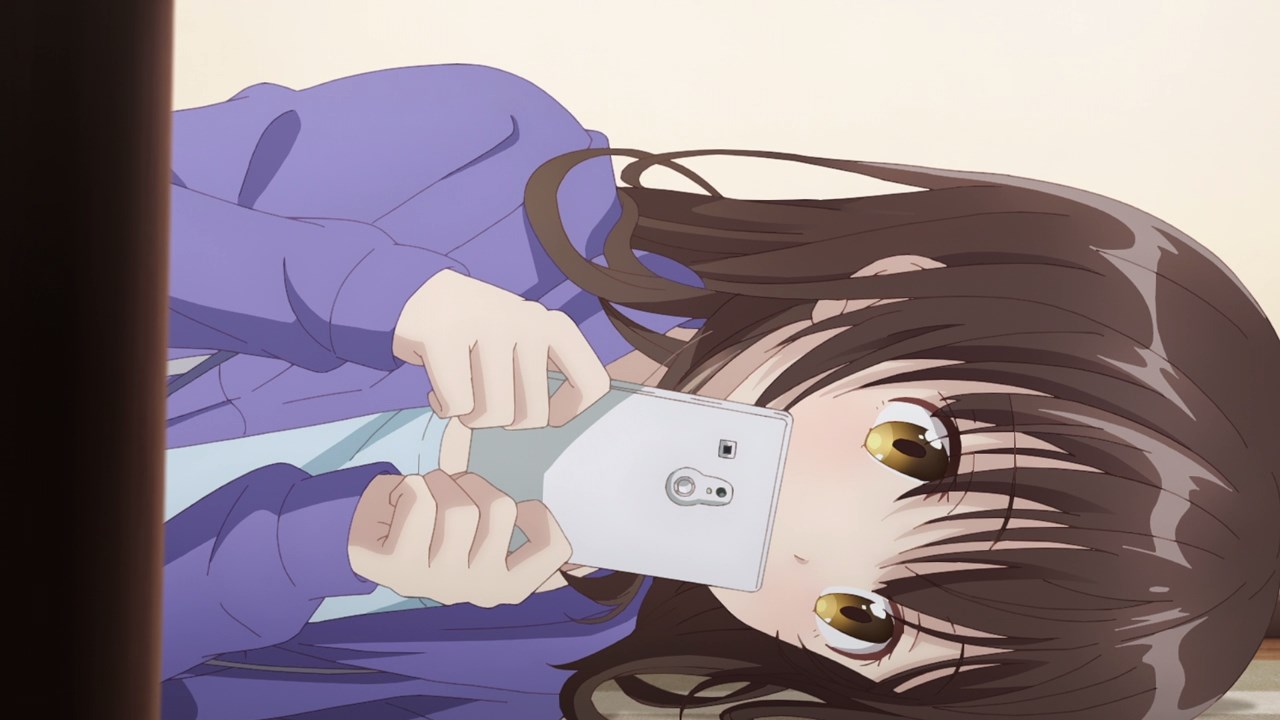 One last thing, here’s Sayu Ogiwara where she’s feeling very lonely without Yoshida-san around. In fact, Sayu is having nightmares about the time she was kicked out by various men once they’re done with her.

Still, I’m hoping that Sayu won’t run away again on the next episode ’cause I think Yoshida-san needs to know about Ogiwara’s traumatic past.