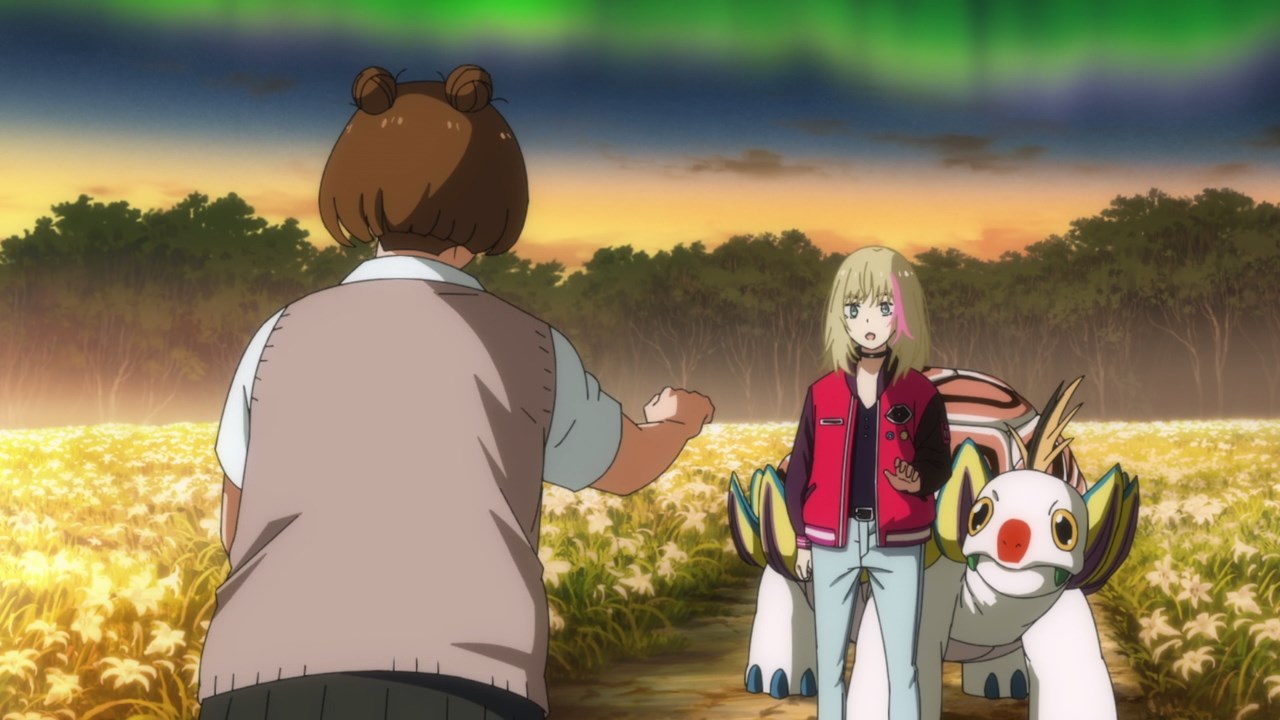 Let’s start this episode where Rika Kawai is finally reunited with Chiemi after saving girls from See No Evil. 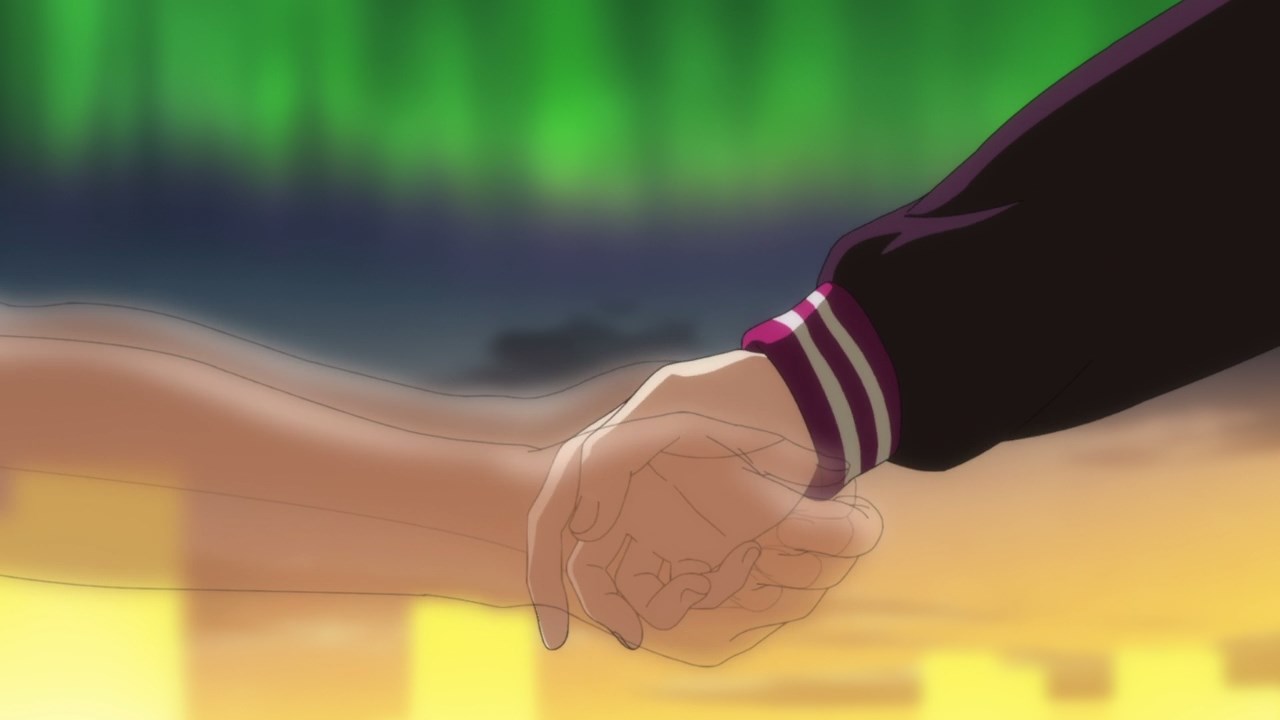 But much like Momoe Sawaki, Rika can’t touch Chiemi in the dream world. Then again, I wonder if her biggest fan is alive in the real world? 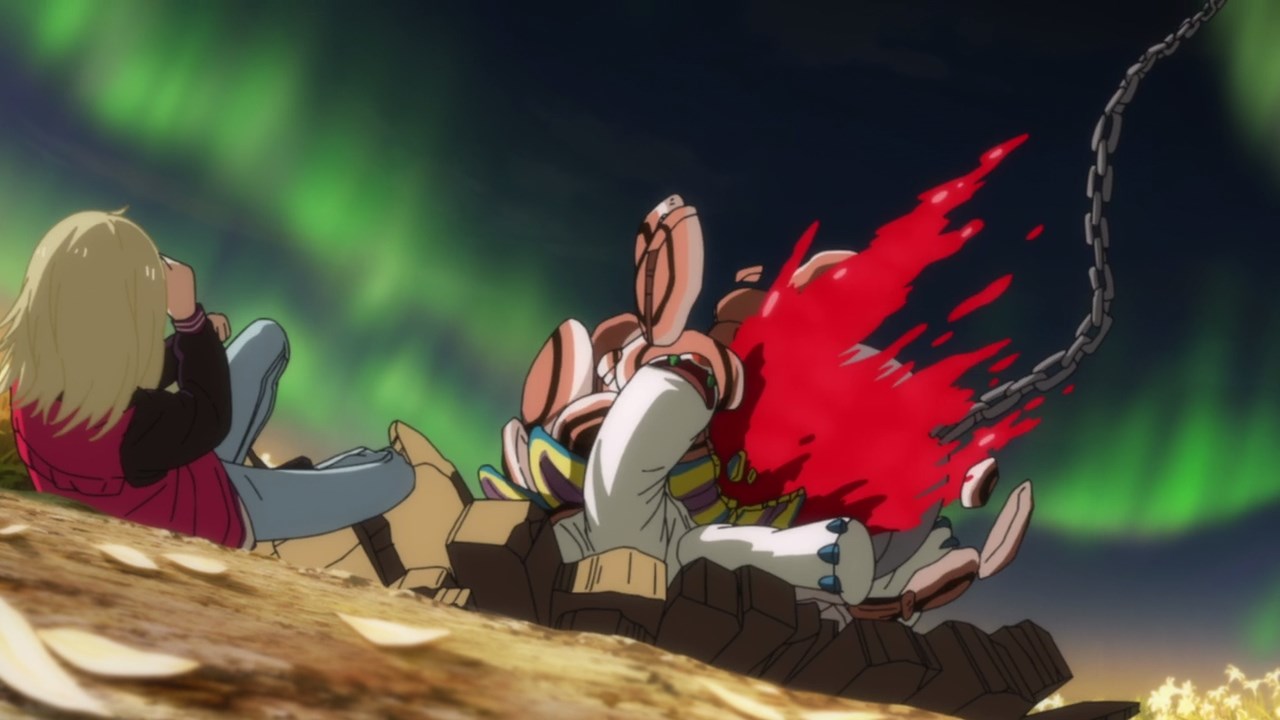 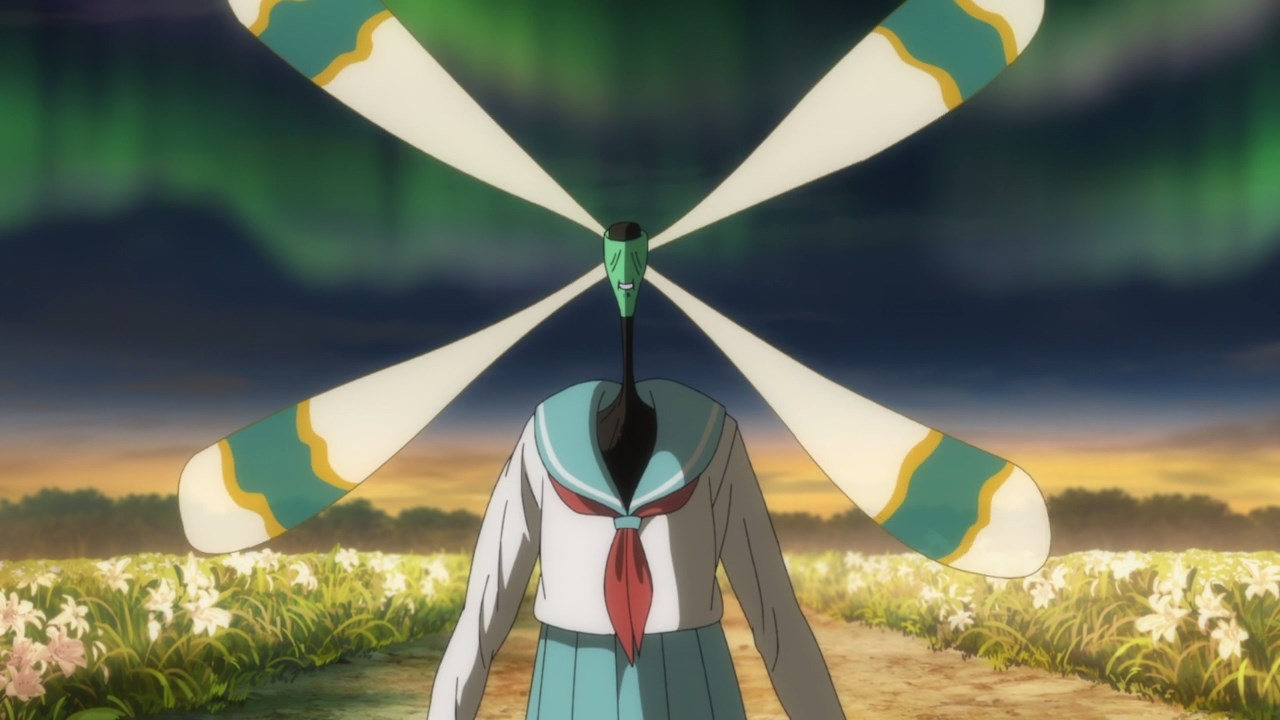 Sadly for Kawai, Mannen got killed by Dot in which she wants to show Rika the fear of dying. Still, it’s cruel that Rika’s Wonder Animal got clobbered by this monstrosity that it reminds me of Hyphen murdering Momoe’s pet. 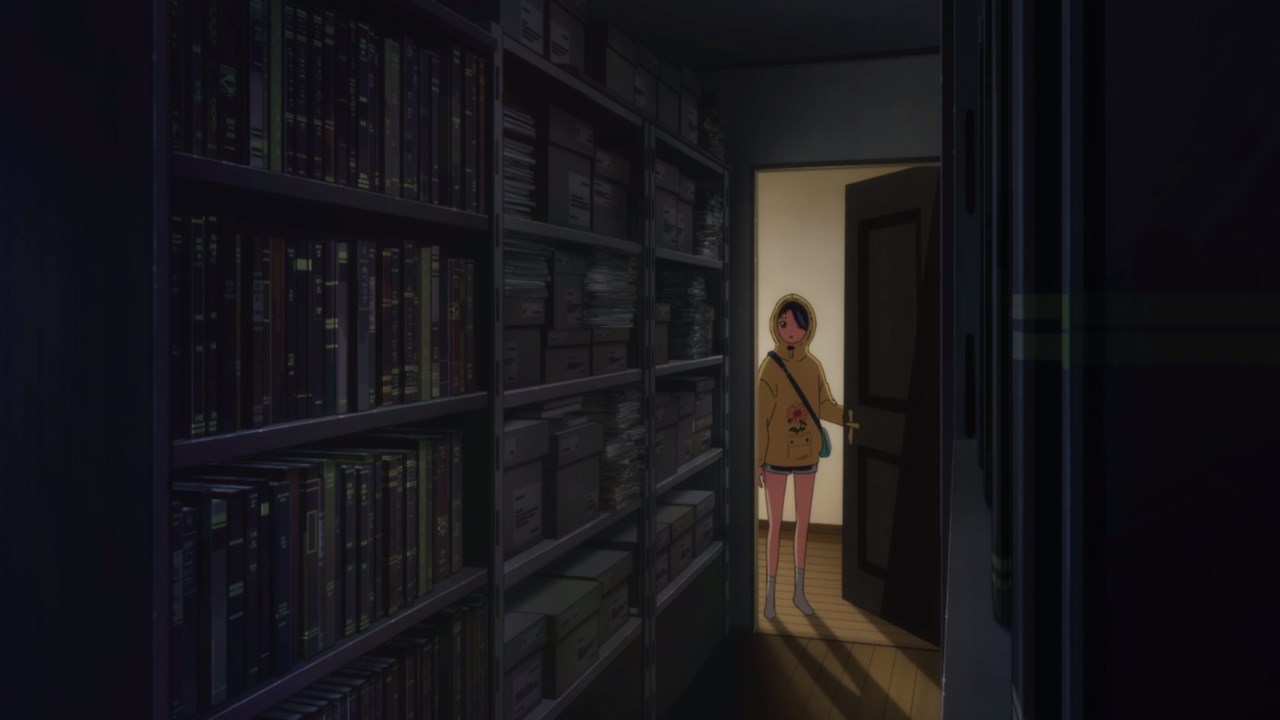 Back in the real world, it appears that Ai Ohto stumbled upon a room which contains research about girls who committed suicide. 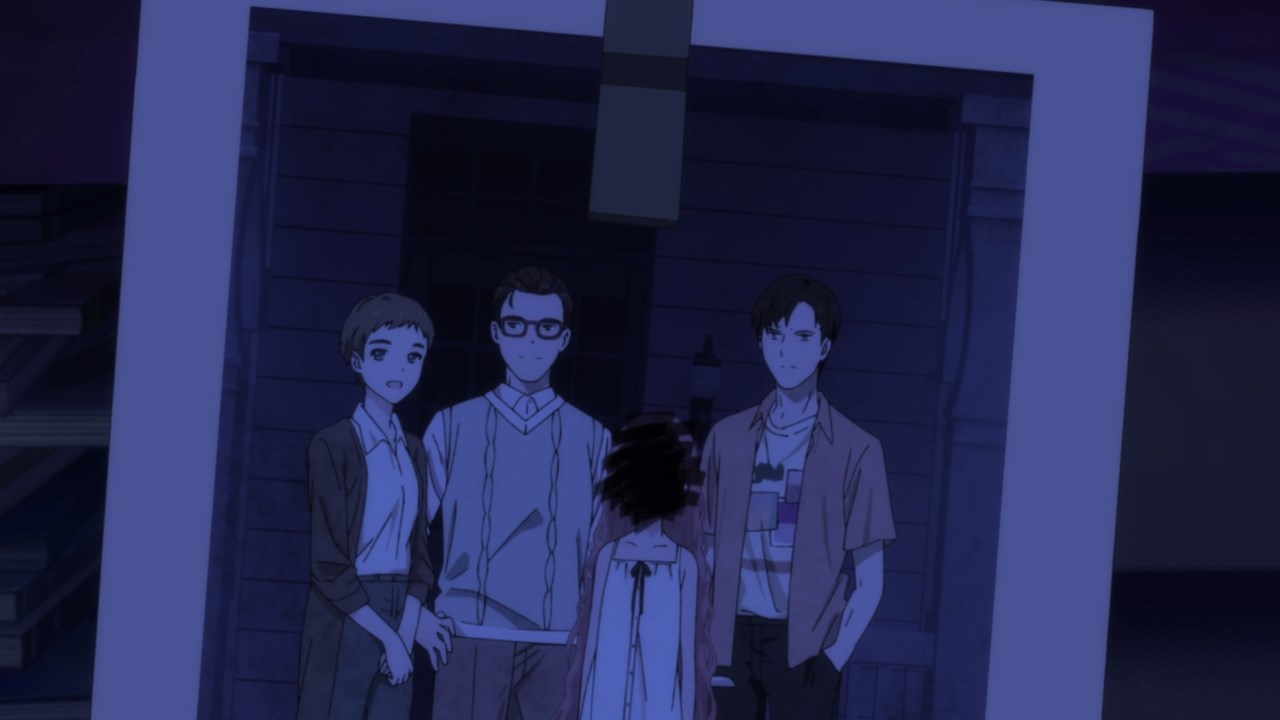 More importantly, Ai-chan found a picture of Acca and Ura-Acca’s previous form, as well as a woman and a little girl whose face was obscured by a marker.

Something tells me that the Plati founders have bad memories in regards to the little girl. 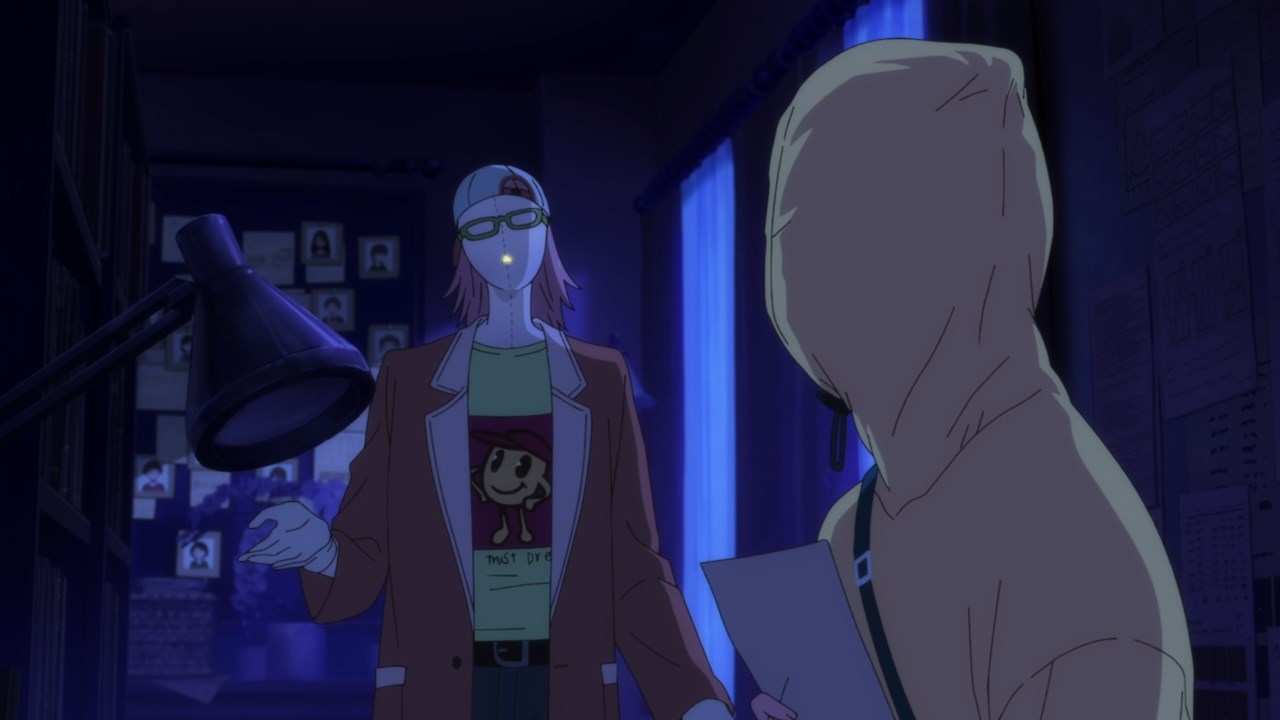 Oh yeah, here’s Ura-Acca where he’s surprised that Ohto found this room full of their research about the temptation of death.

But since Ai-chan found this room, I think it’s time for Ura-Acca to talk about a certain girl who gave them nightmares.

Anyways, let’s start Ura-Acca’s story where he and Acca created an artificial human named Frill which is the most significant creation they ever made, although their creation process is strictly confidential as they fear that Frill might not be accepted by everyone. 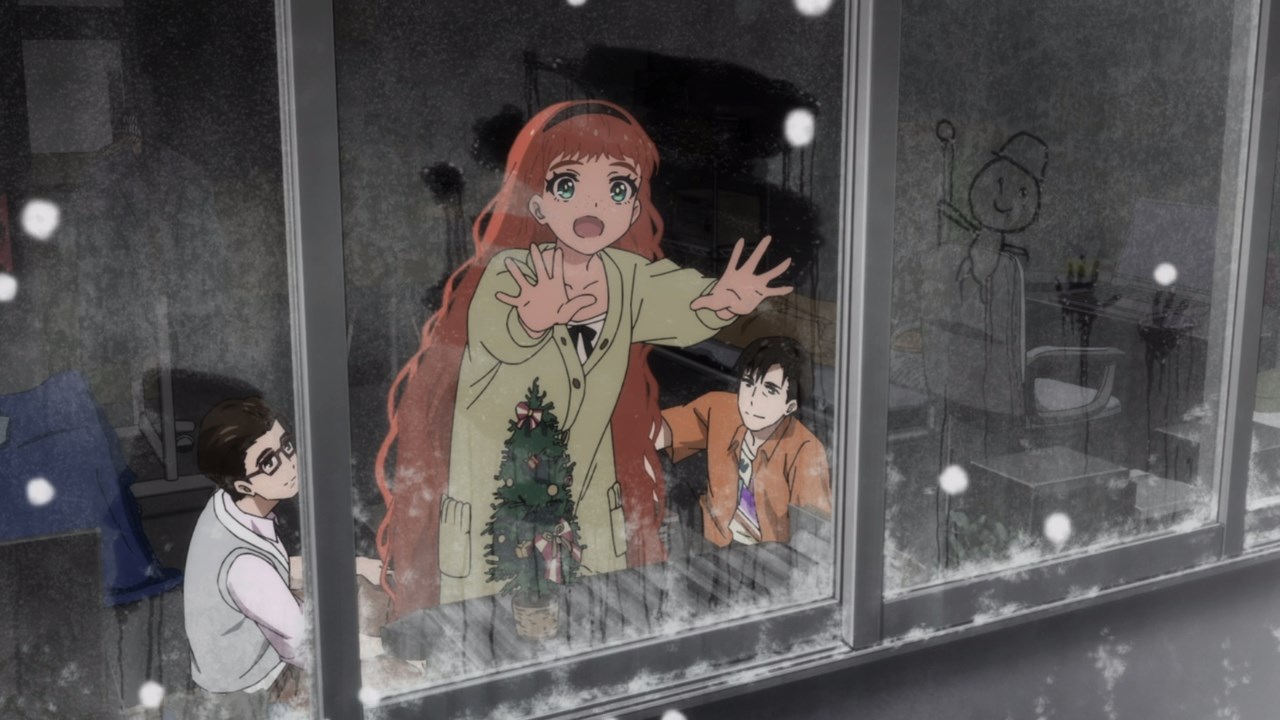 Regardless, Frill grew up into a cheerful girl despite being made from synthetic materials. In fact, both Acca and Ura-Acca treat Frill as their daughter in which they live peacefully. 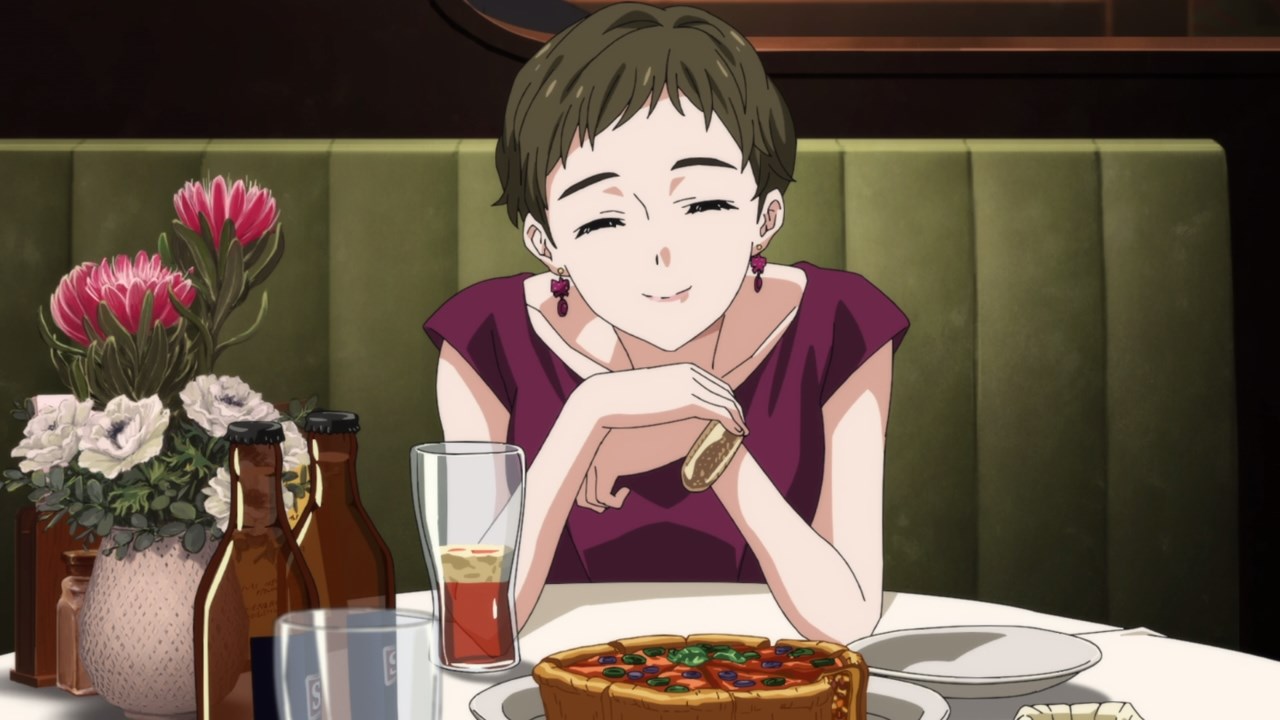 Well, until Acca met Azusa Hoshina in which he married her and started his own family. Even worse is that Ura-Acca spends his time running Plati, meaning that both men don’t have spare time to take care of Frill.

Because of their negligence, Frill vent her frustration on anyone who has a connection to either Acca or Ura-Acca, starting with Azusa Hoshina in which she’s already pregnant with Acca’s child. 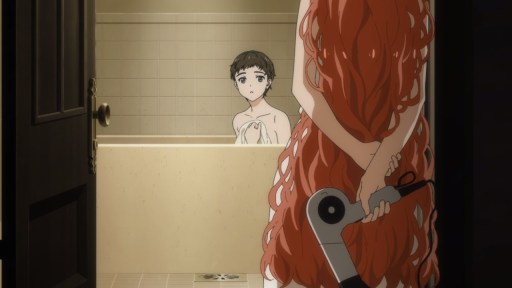 Unfortunately, Frill’s jealousy is so deep that she decides to kill both Azusa and her baby by throwing a hair dryer onto the bathtub. Man, why would she do that to Azusa-san? 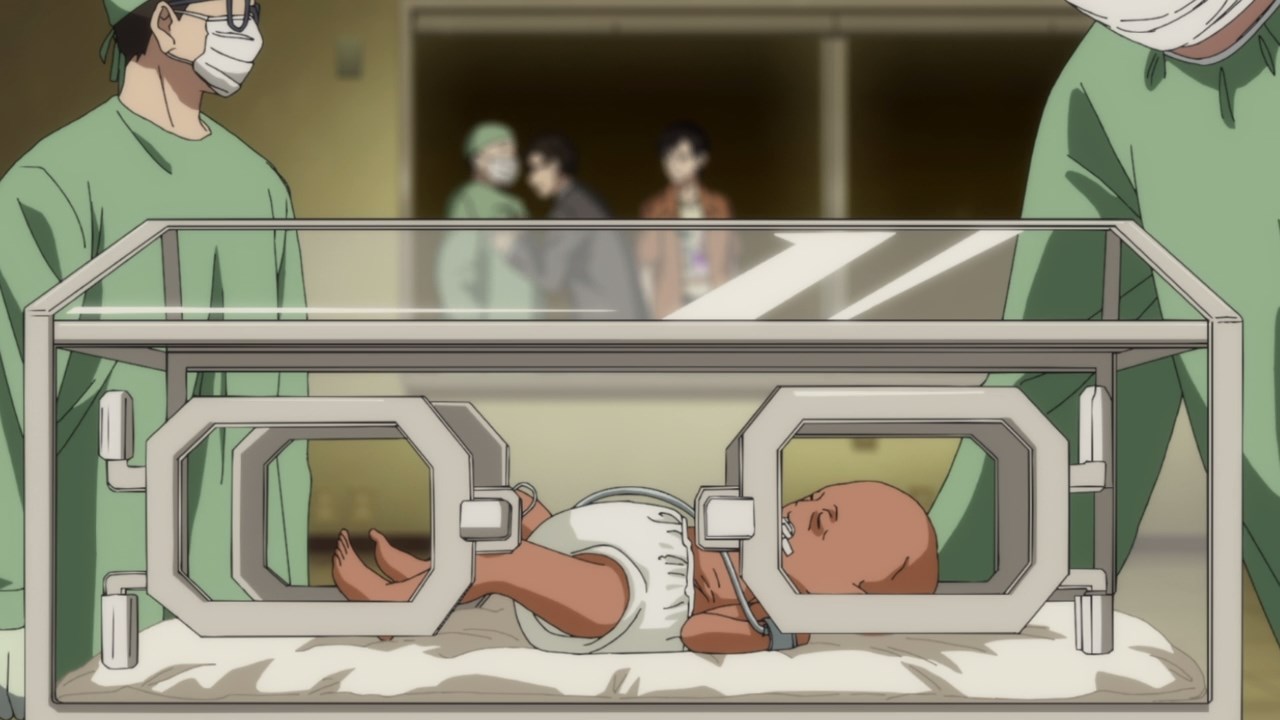 With that said, Azusa Hoshina died but it appears that the baby girl survived, although she’s currently being treated in an incubator due to premature birth. 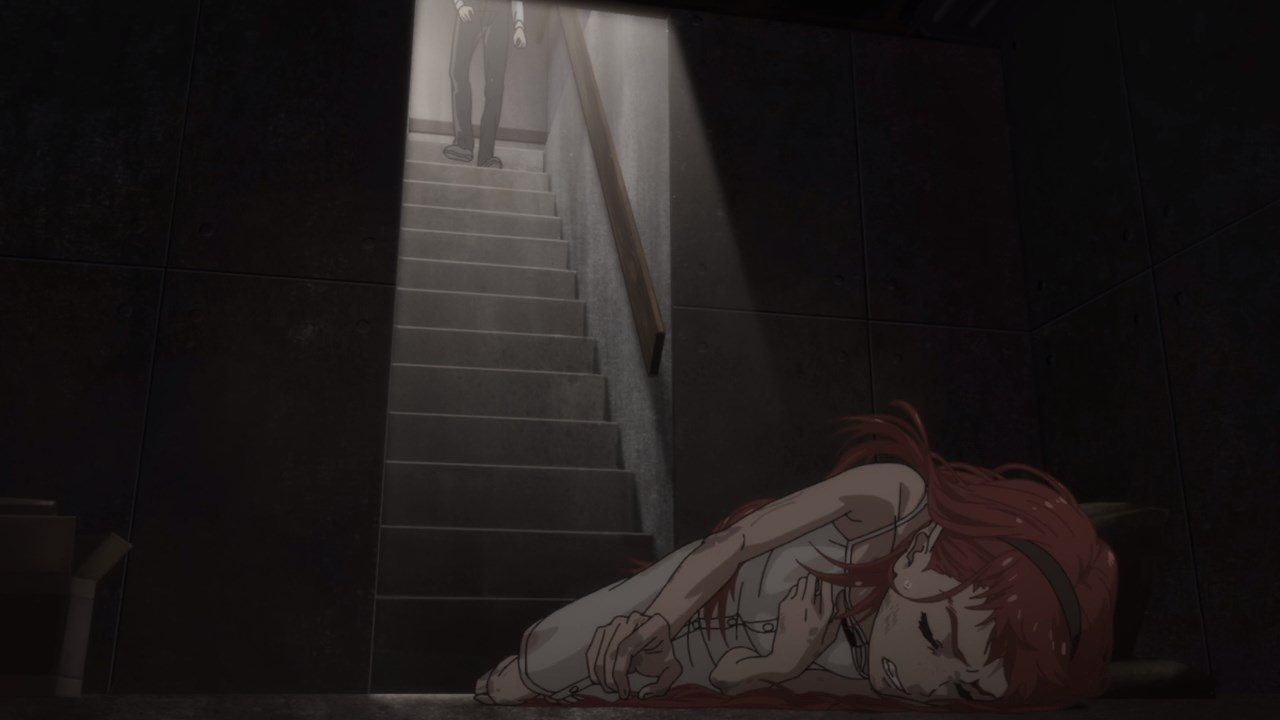 As for Frill, she was thrown inside a basement by Acca. Honestly, he’s was very angry at Frill for killing his wife that he might have killed his own creation. 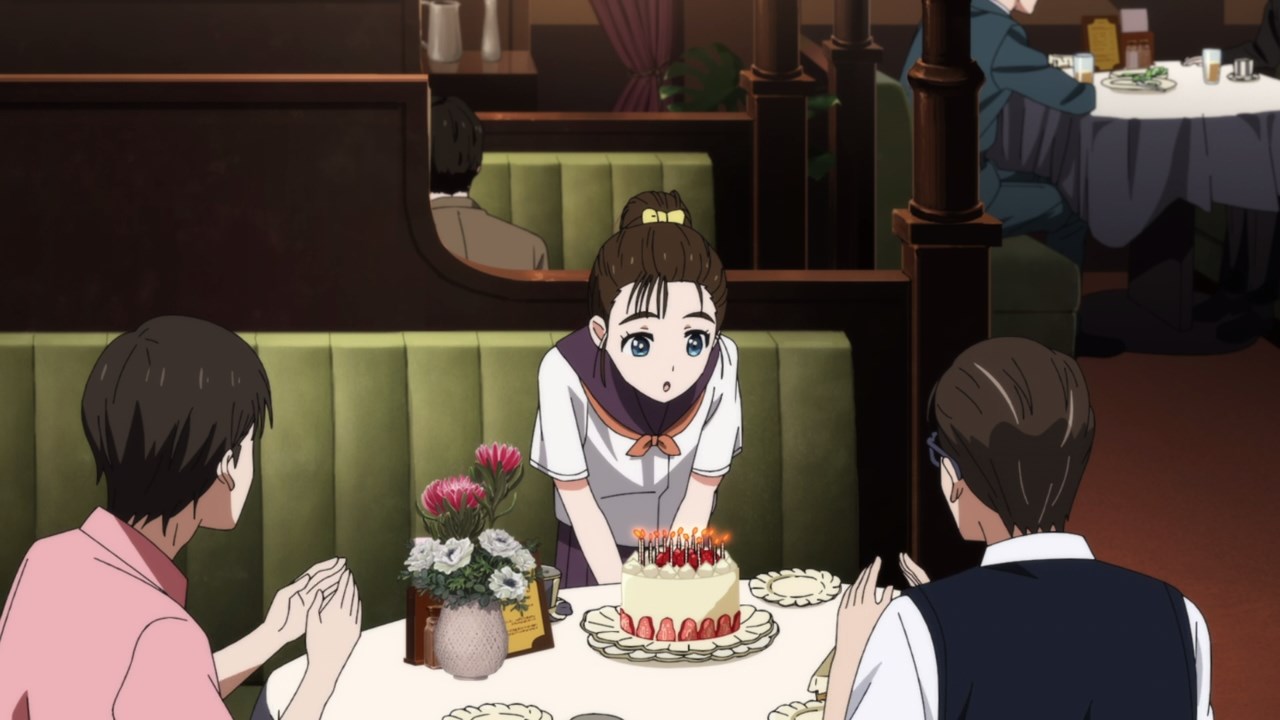 Still, the only thing that he and Ura-Acca will need to focus is to raise Azusa’s child, now named as Himari as she grow up to be a cheerful teenage girl. However, those happy moments came to an end.

Turns out that Himari committed suicide by mysterious circumstances. While there are no reports of bullying, it appears that someone urged Himari to end her life. 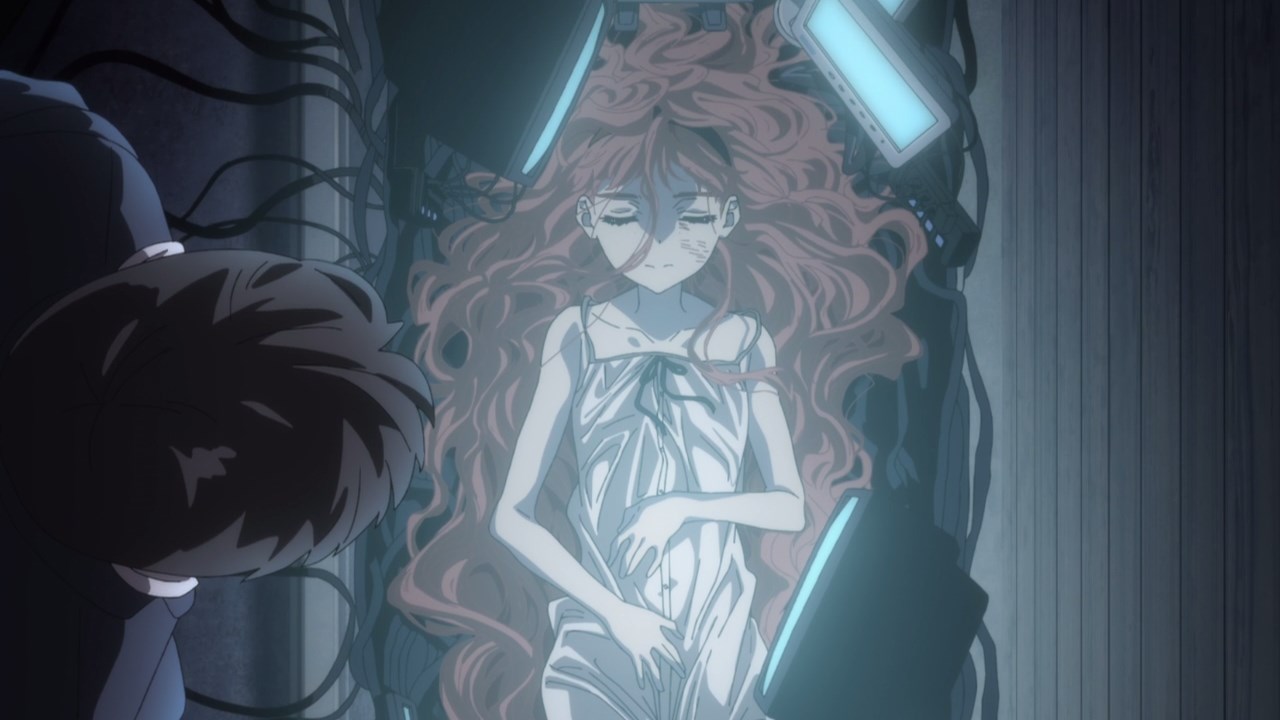 And this is where Ura-Acca suspected that it was Frill who urge Himari to commit suicide by sending both Dot and Hyphen to mess up her psyche.

Honestly, what Frill did to Acca’s daughter was indescribable. Heck, seeing Frill being hooked up by various computers to hack everything is unsettling. 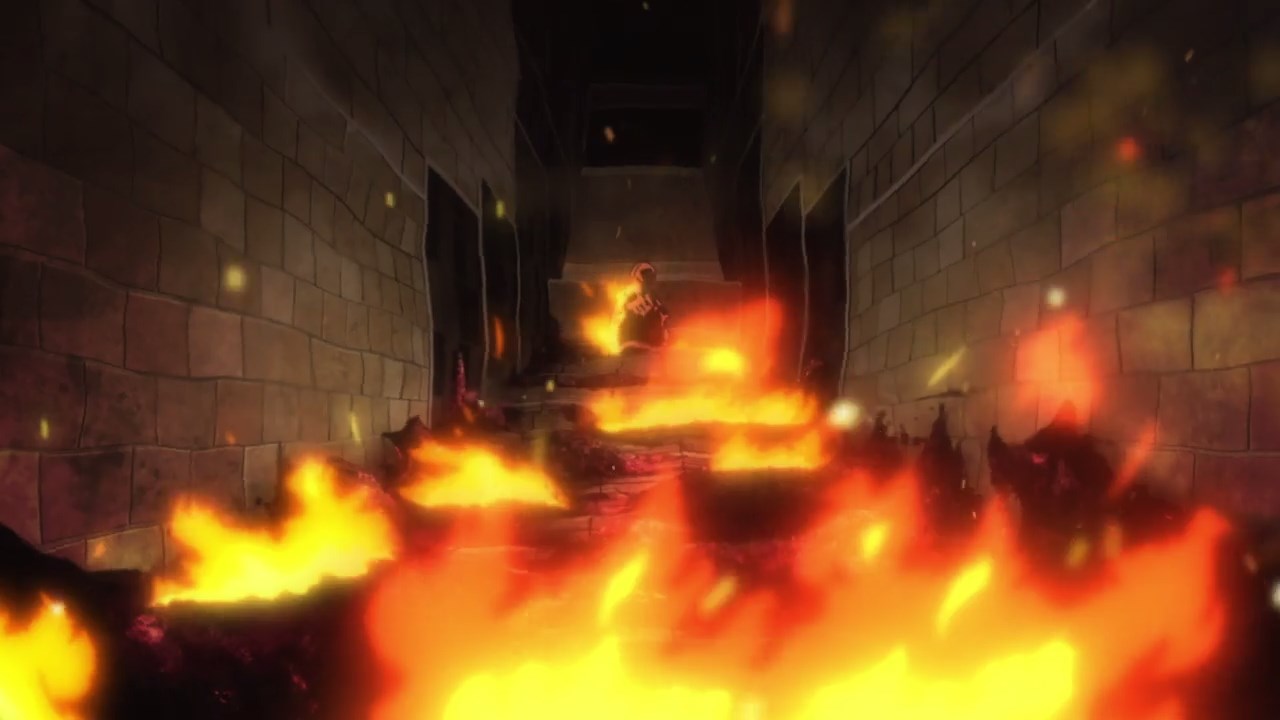 With that said, Ura-Acca killed Frill but even then, her influence has spread far and wide that she was the main cause of those young girls ending their own lives.

In any case, that’s the end of Ura-Acca’s backstory, although his fight to save those girls continues along with Acca. In fact, they transferred their souls onto mannequins in order to continue their research but even then, Frill is one step ahead of them. 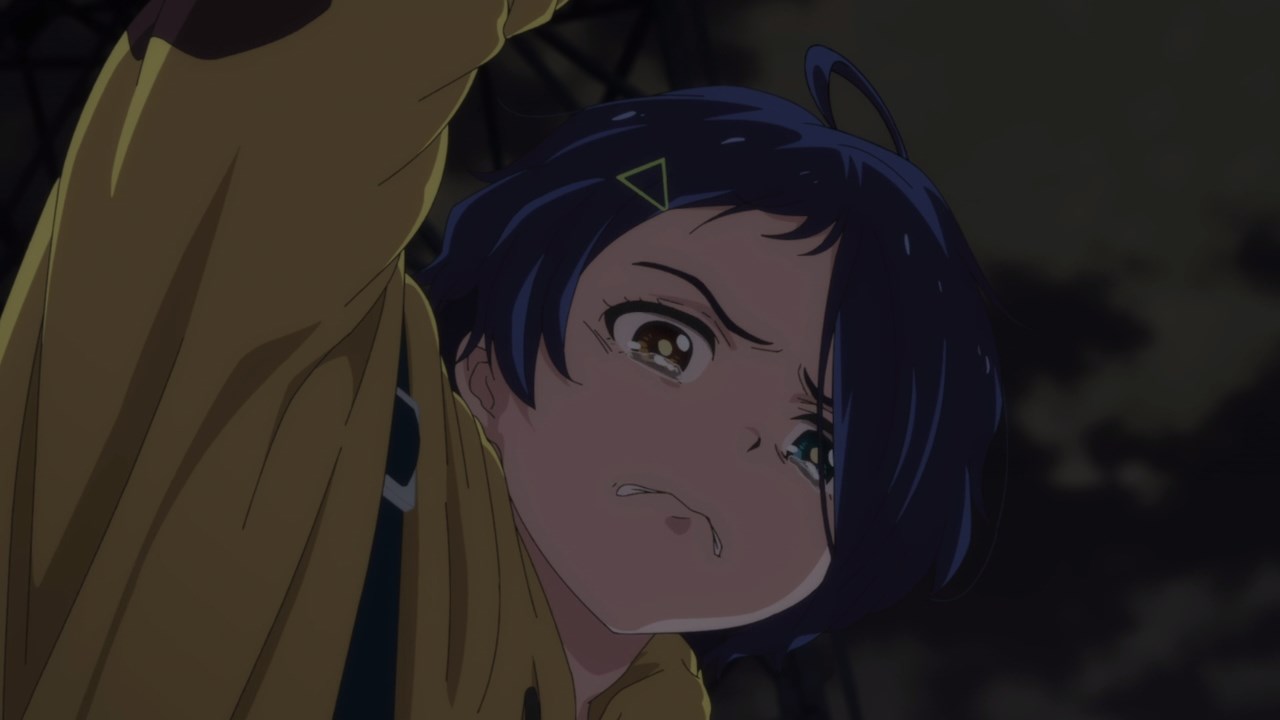 But for Ai Ohto, she was very shocked that one artificial human’s jealousy has blossomed into a phenomenon where girls are traumatized to the point that they signed their own deaths thanks to Frill.

Still, I fear that Ai-chan might not fight again as she’s scared of dying at the hands of either Dot or Hyphen. With that said, tune in next time!