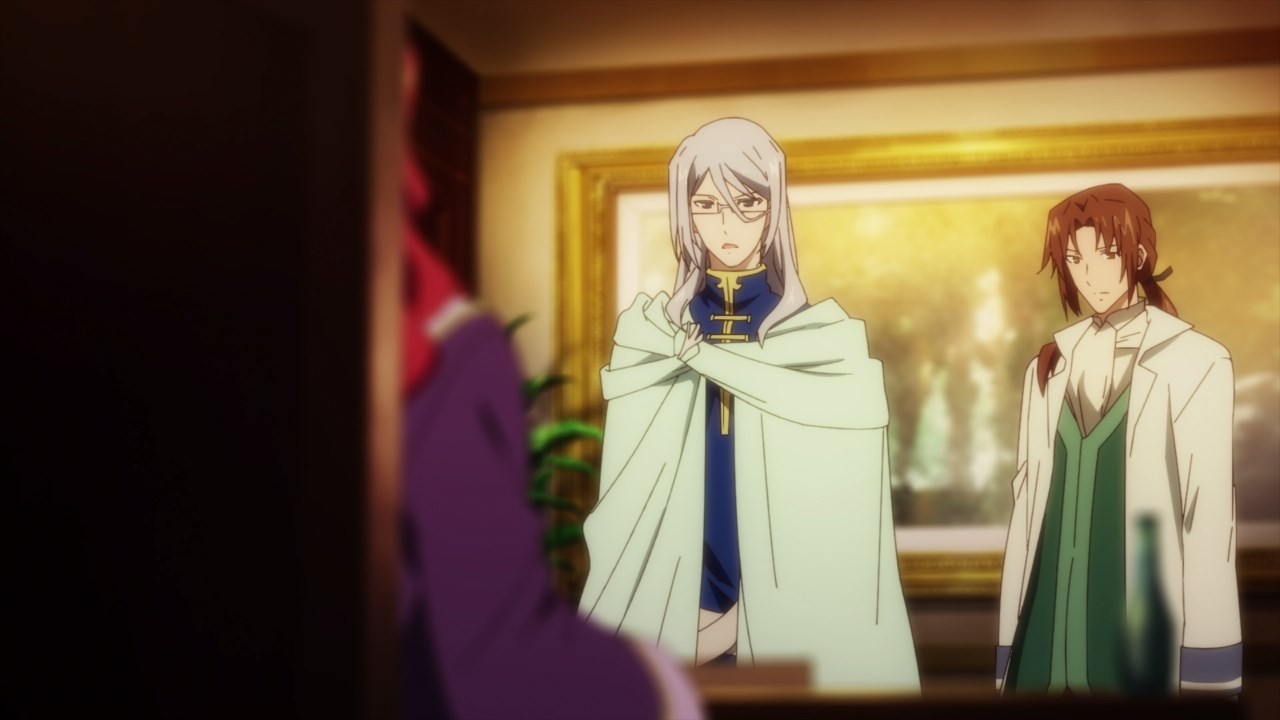 Well everyone, here’s both Erhart Hawke and Johan Valdec where they’re having a serious discussion with the king of Salutania regarding Sei Takanashi.

With so many accomplishments under her belt, it appears that they need to re-appraise Sei if she really is the saint. 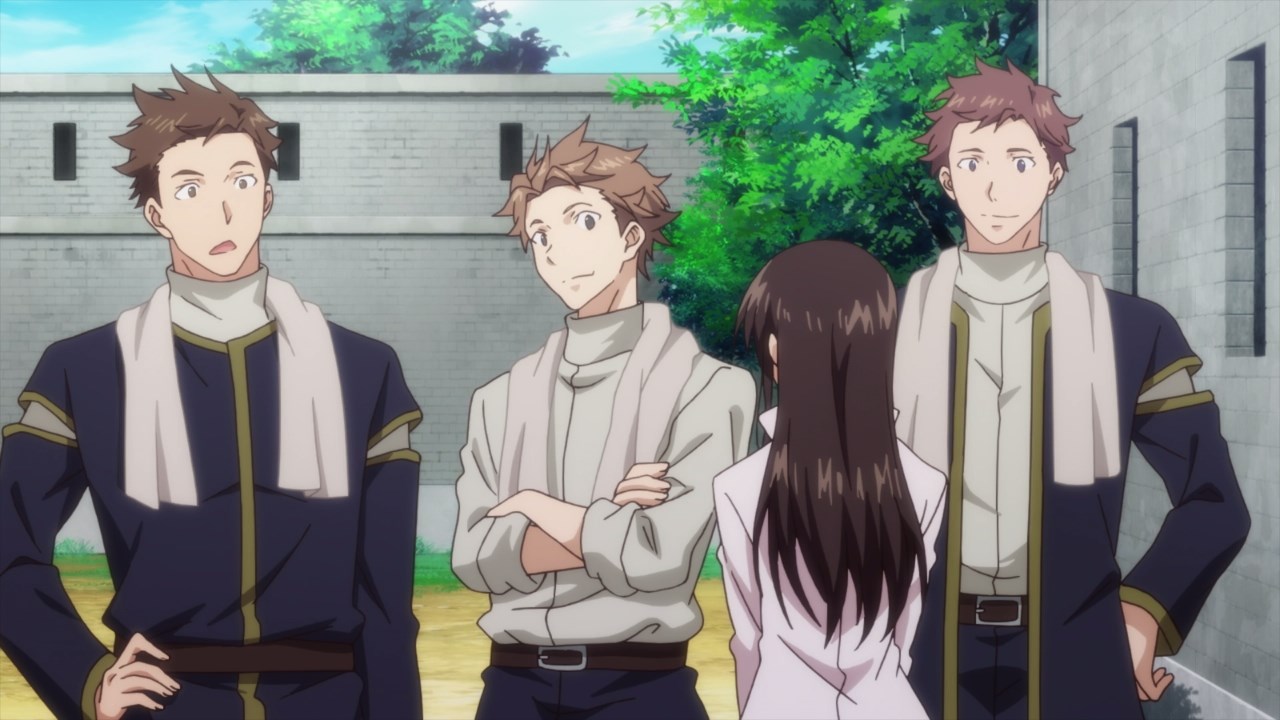 But let’s return to Sei where she’s having a conversation with the knights in regards to their next expedition, which they’ll explore the Ghoshe Forest one month from now.

While the 2nd and 3rd Knight Order will participate in the expedition, the 1st Order won’t join them as they’re taking care of the crown prince and his entourage of Royal Academy students at Eastern Woods. 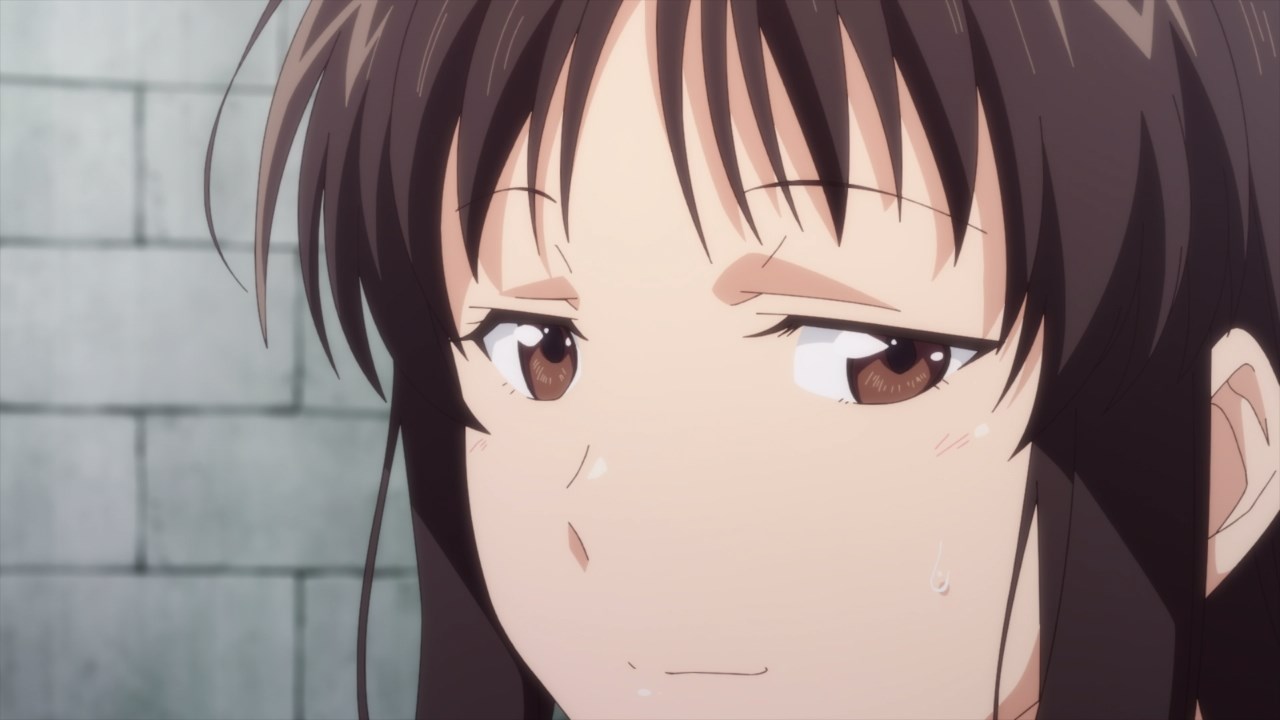 Oh yeah, in regards to Prince Kyle Salutania, Sei is no longer bothered by his rude behavior on the first episode, although the only thing she’s worried about is the designated saint named Aira Misono.

But you know what, she’s okay working at Research Institute because Sei won’t have to experience Prince Kyle’s whimsical escapades. 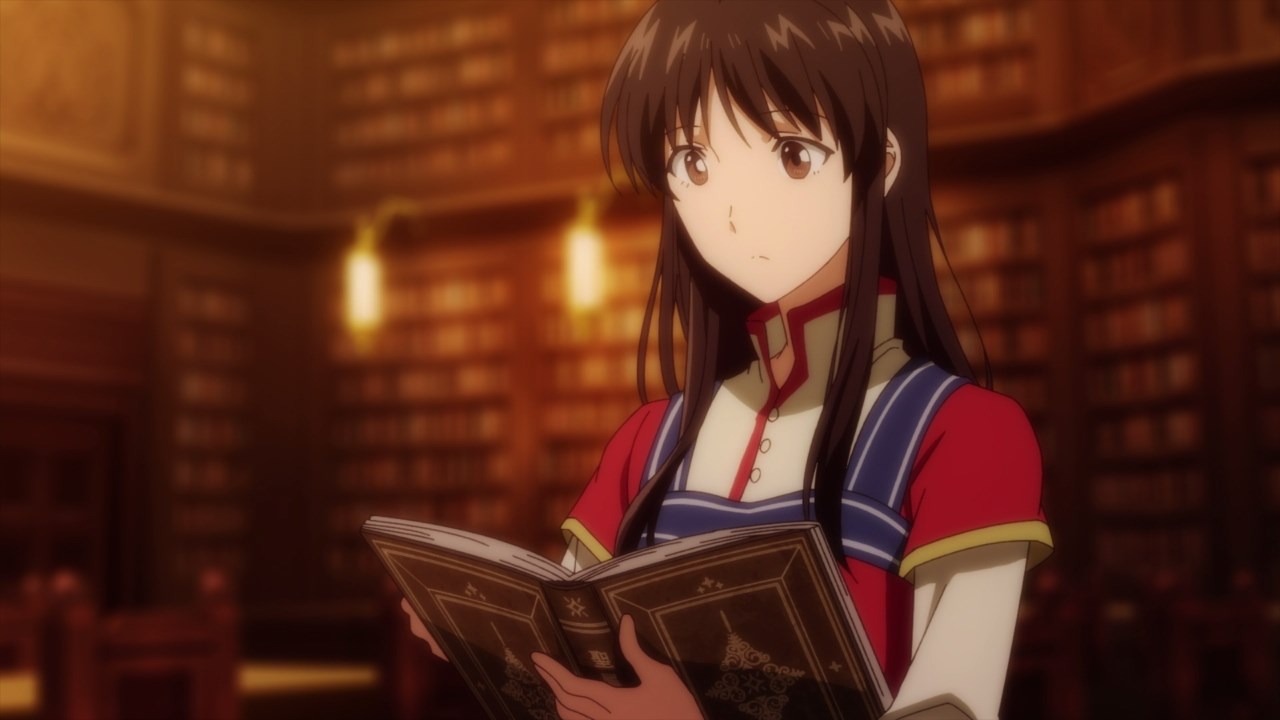 Now then, it’s time for Sei Takanashi to head to the library and read magic books at her leisure. Of course, I’m sure that Sei would learn a crucial magic spell, but the book she’s reading has advanced magic spells. 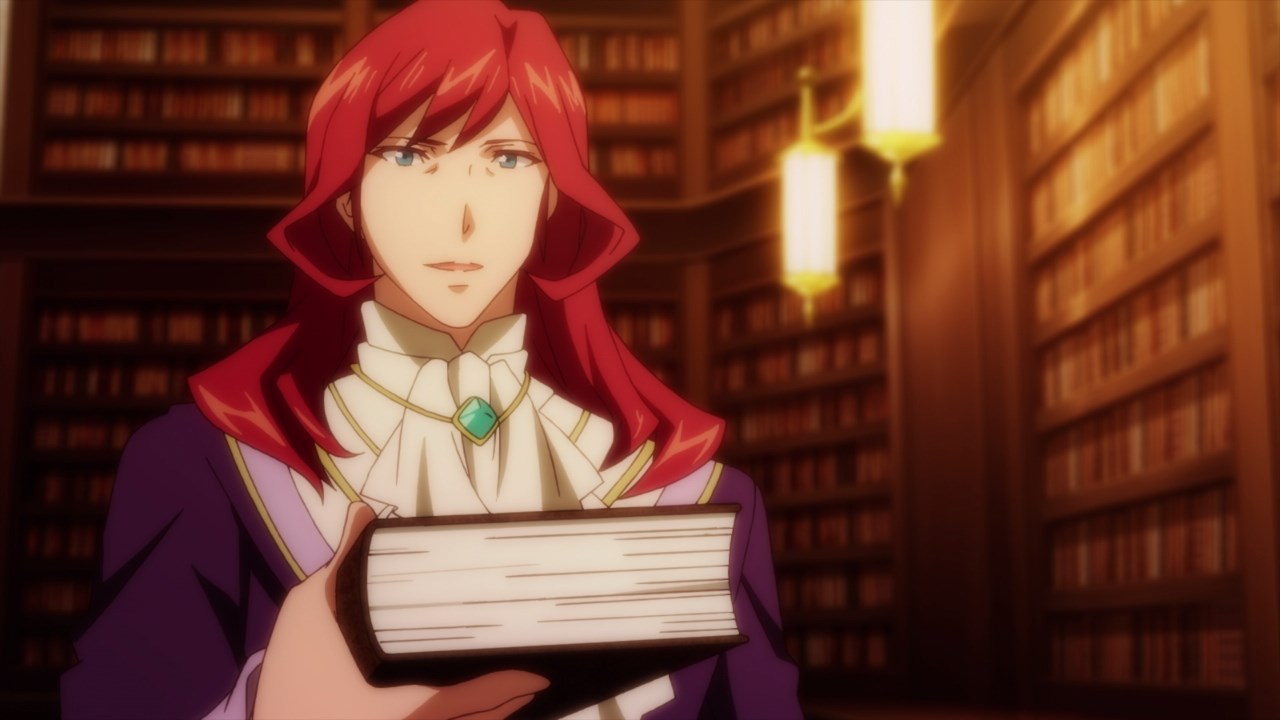 However, a certain red-haired man gave Sei another magic book where it has the basics on casting magic. Very useful for anyone who wants to start casting magic right away.

Oh by the way, this guy is actually King Siegfried Salutania where he personally apologized to Sei Takanashi for his son’s rude behavior. 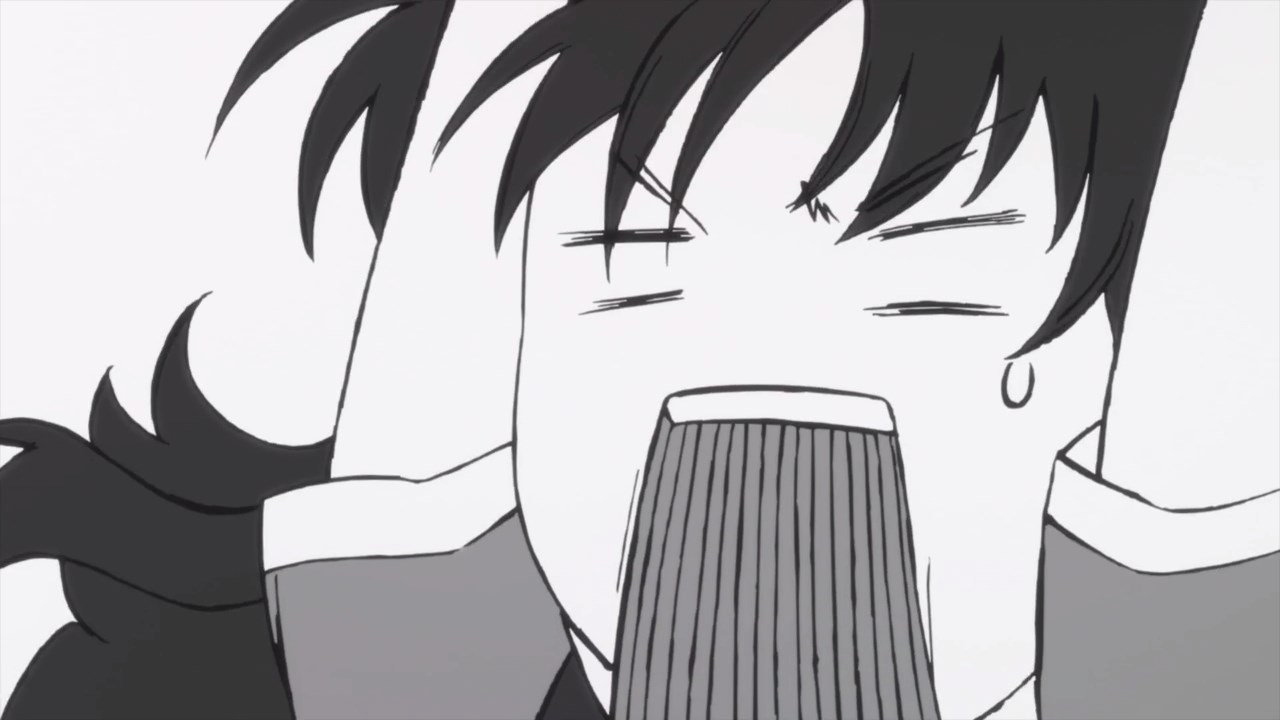 But speaking of Sei, she’s really shocked that a king apologized to her on his son’s behalf. Of course, Sei already moved on but man, meeting King Siegfried in person is honorable, yet awkward at the same time.

One more thing, she doesn’t need any nobility title nor a piece of land as Sei Takanashi is content on working at the institute. 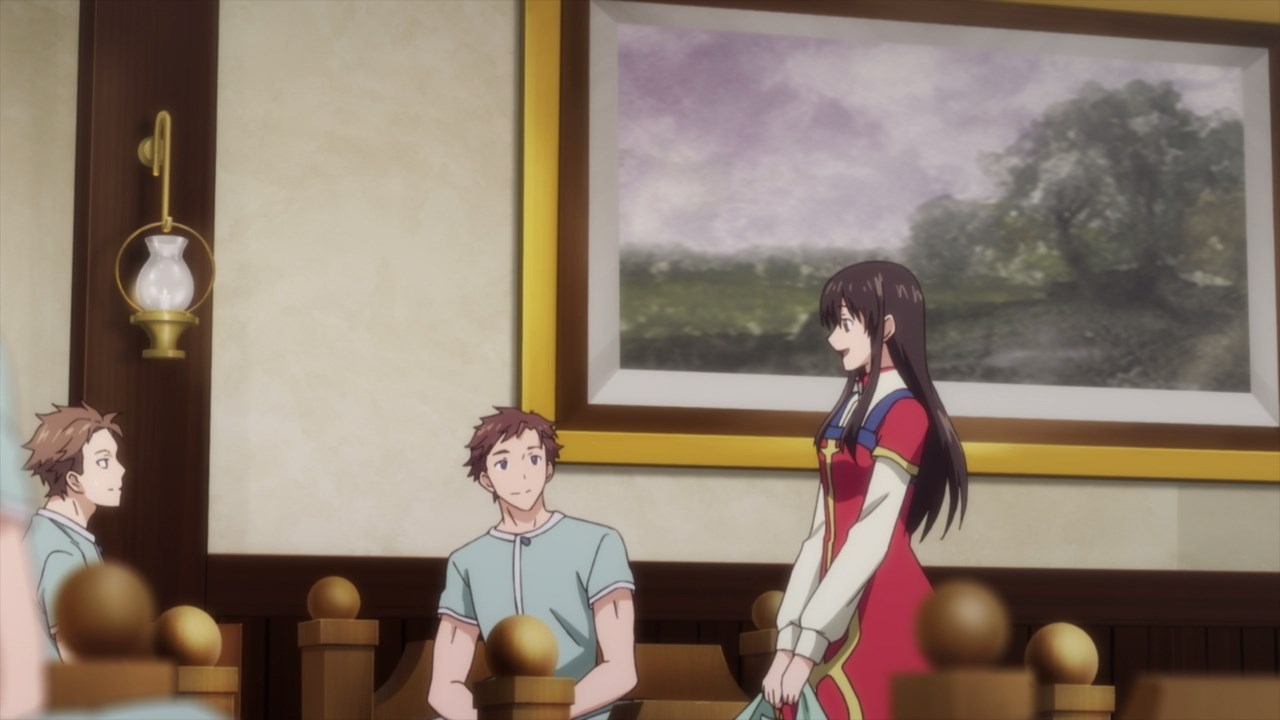 Now then, it’s time for Sei Takanashi to visit the hospital where she’s here to bring food to the injured knights. C’mon, it’s not like she’ll bring potions to them since Johan barred her from doing so. 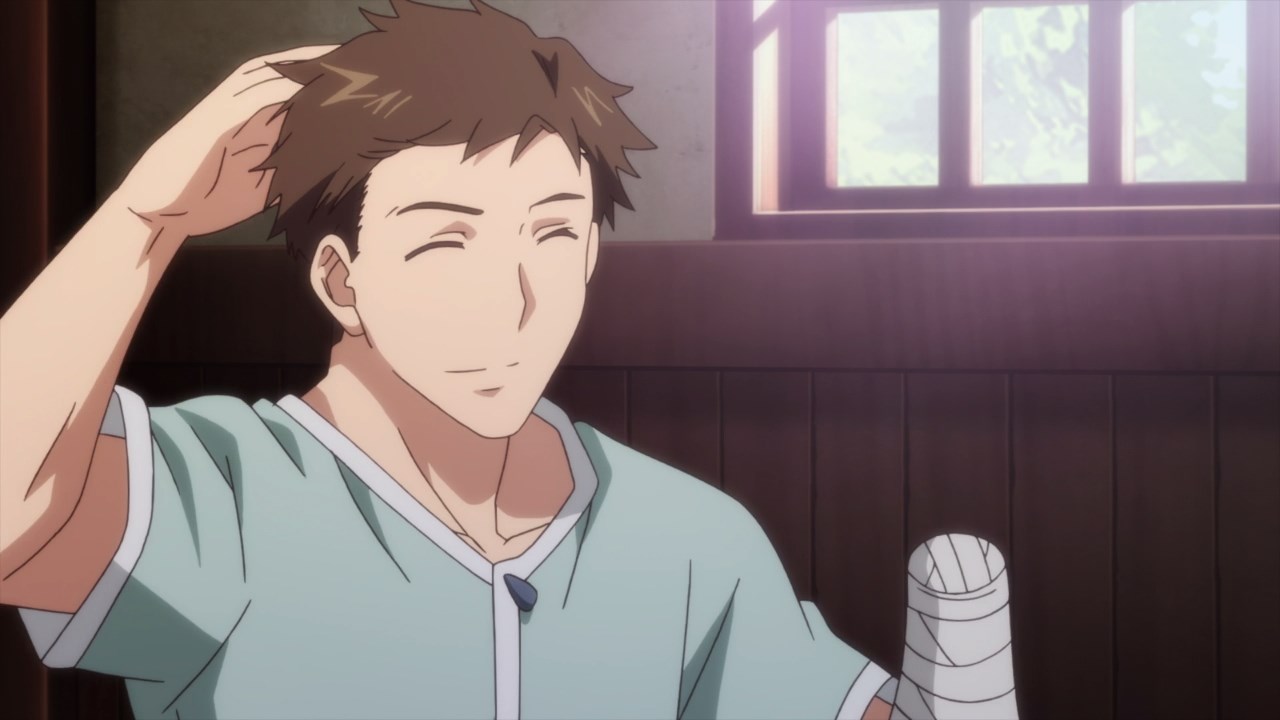 Oh yeah, here’s Wolff where he’s recovering from his injuries, although he lost his left hand during the expedition.

Sadly, Wolff will be dismissed and return to the countryside, which is a shame as he persevere into joining the knight order despite being a commoner. 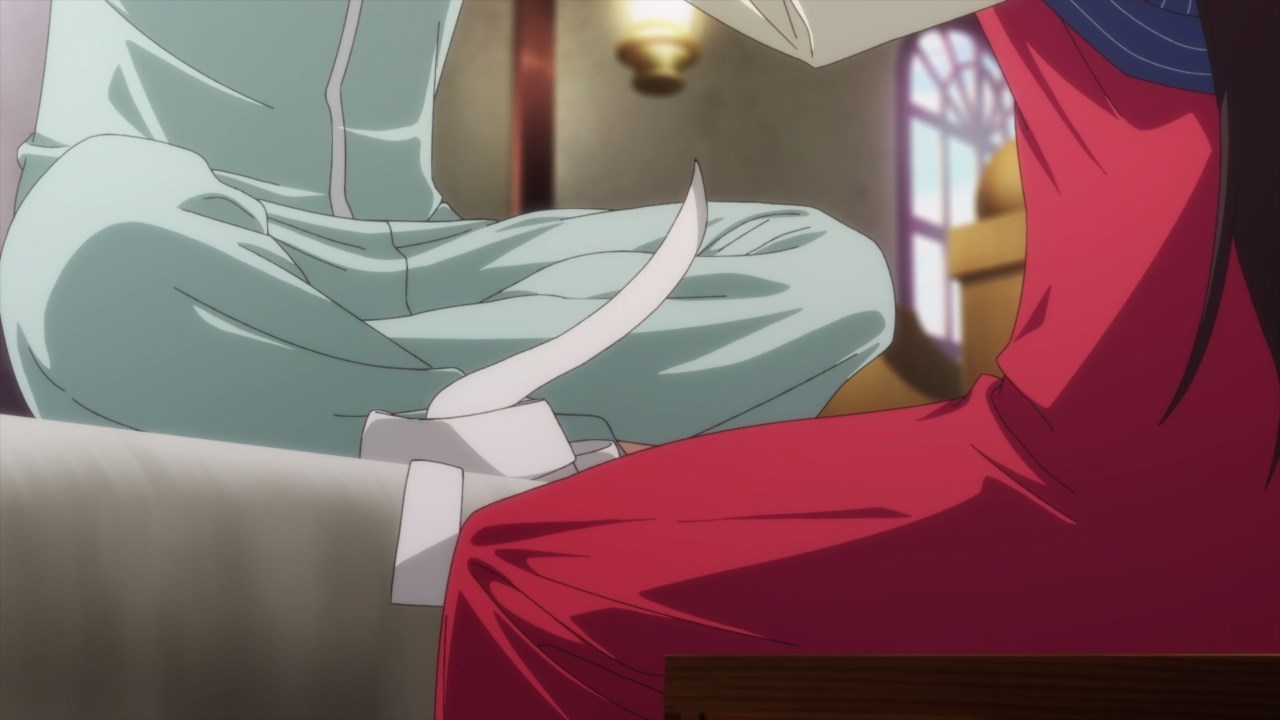 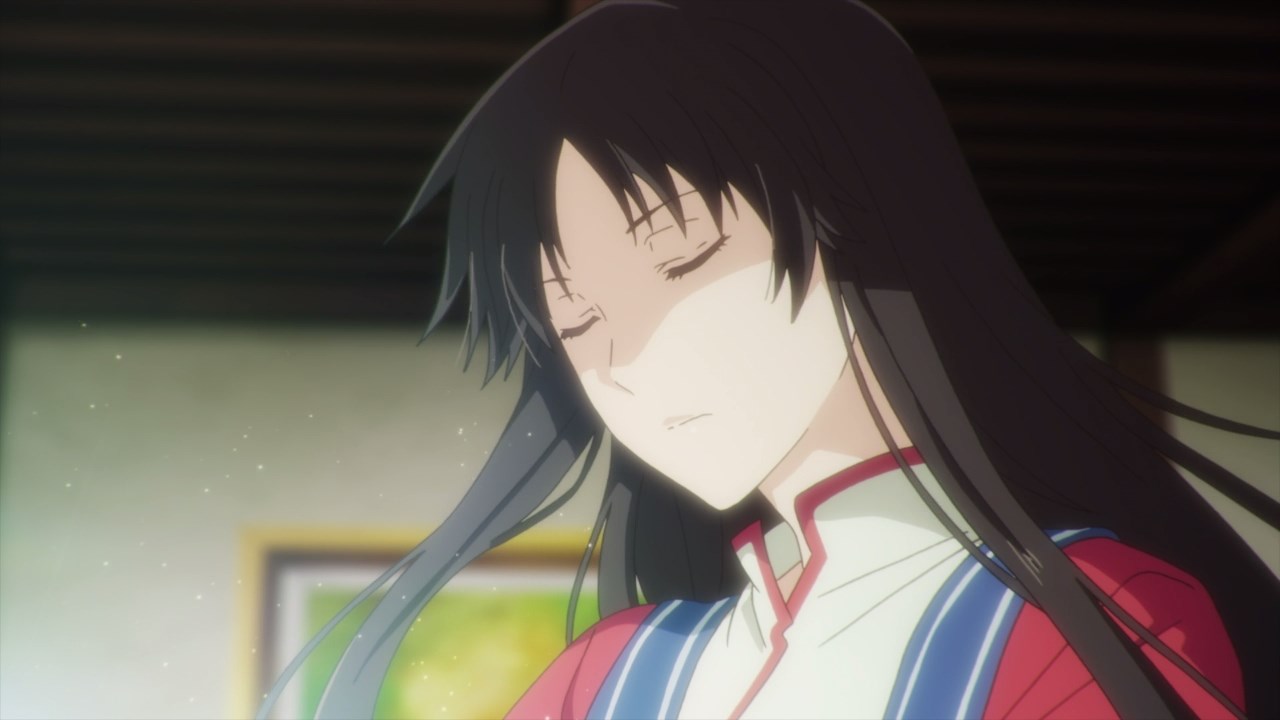 But you know what, I think Sei doesn’t want to end Wolff’s career like that as she’ll attempt to restore his left hand using holy magic.

Keep in mind that she just started learning holy magic upon reading books, so the chances of Sei restoring Wolff’s left hand is 50/50. 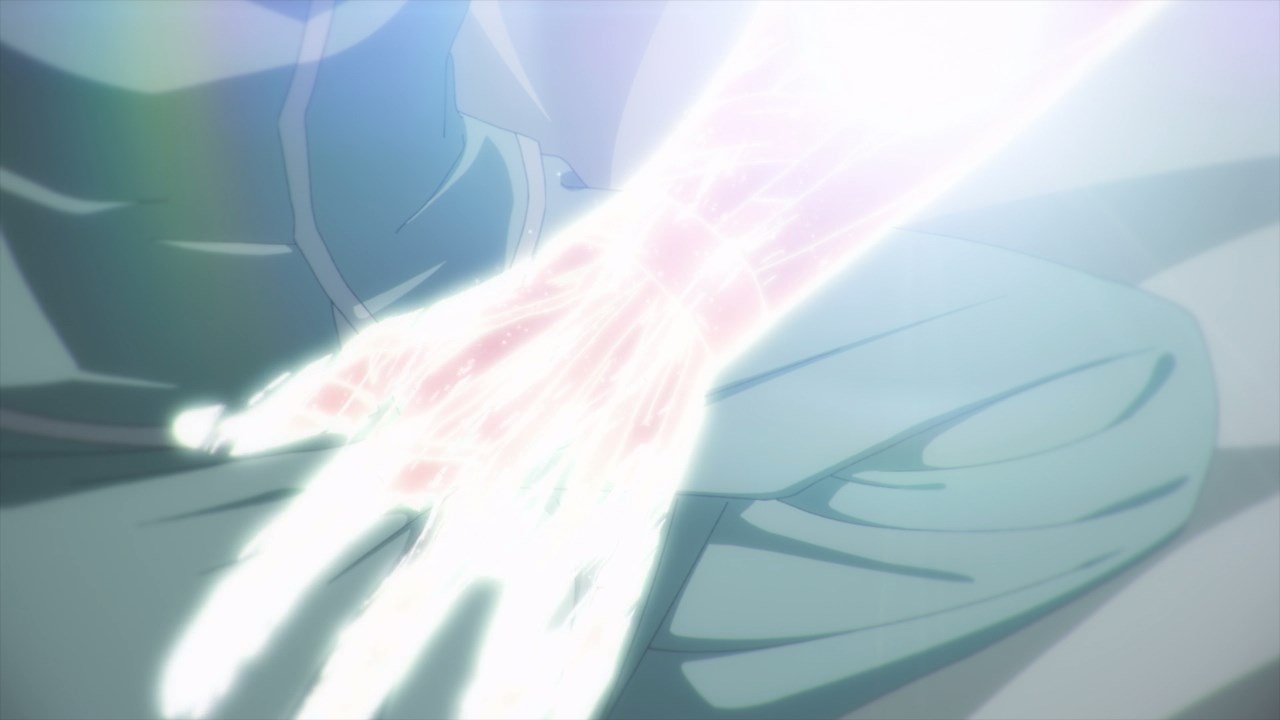 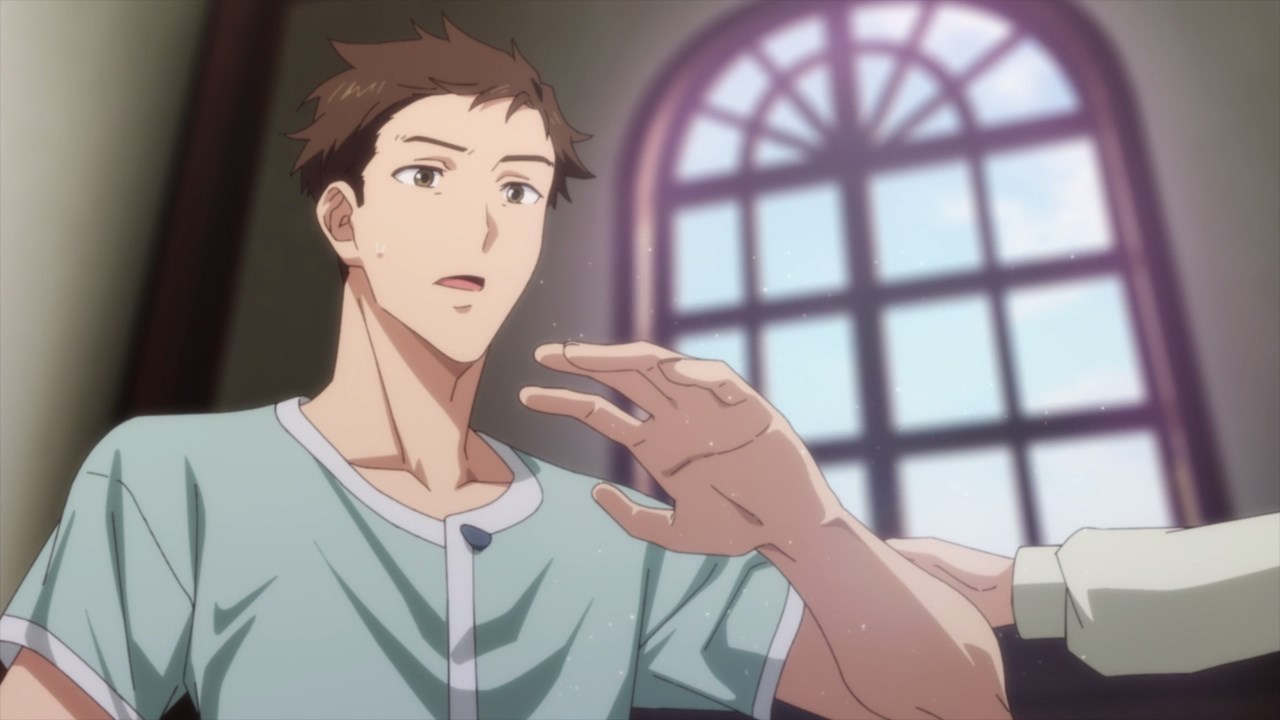 However, Sei managed to pull off a miracle as she successfully restores Wolff’s left hand. Heck, this knight is surprised that she pull it off. 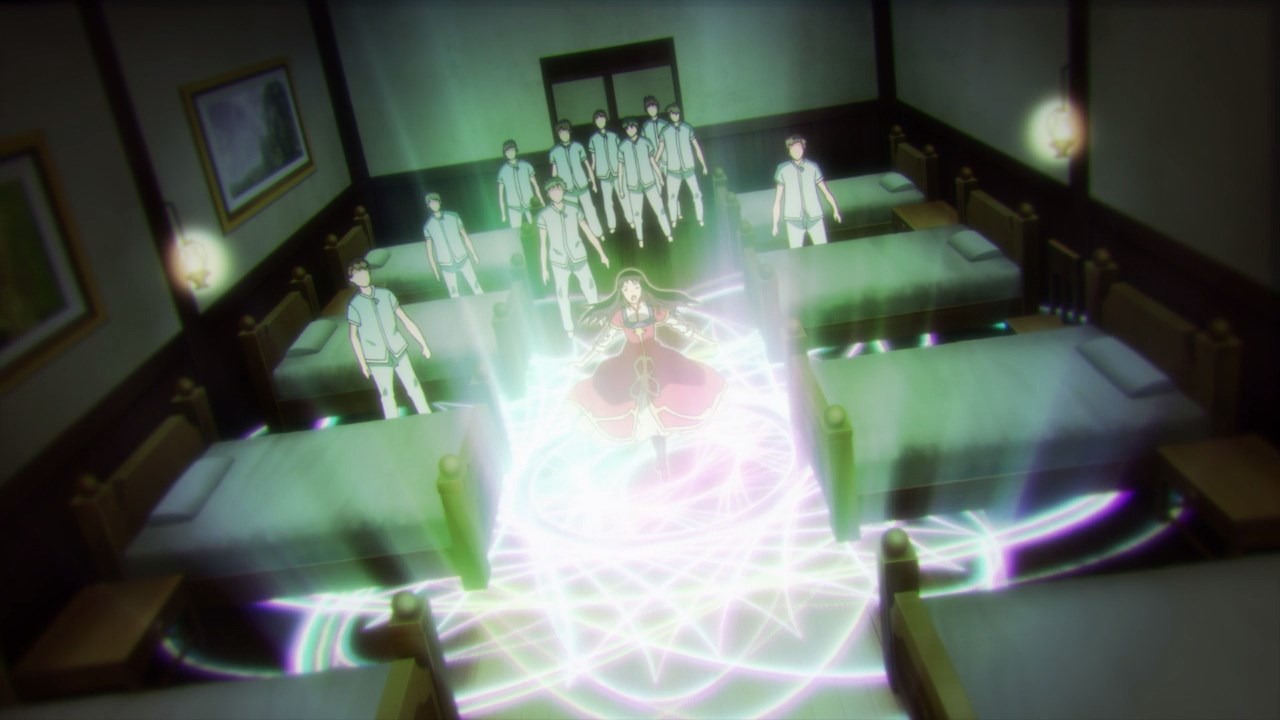 Of course, healing Wolff isn’t enough as Sei decides to heal all the injured knights as well using her holy magic. 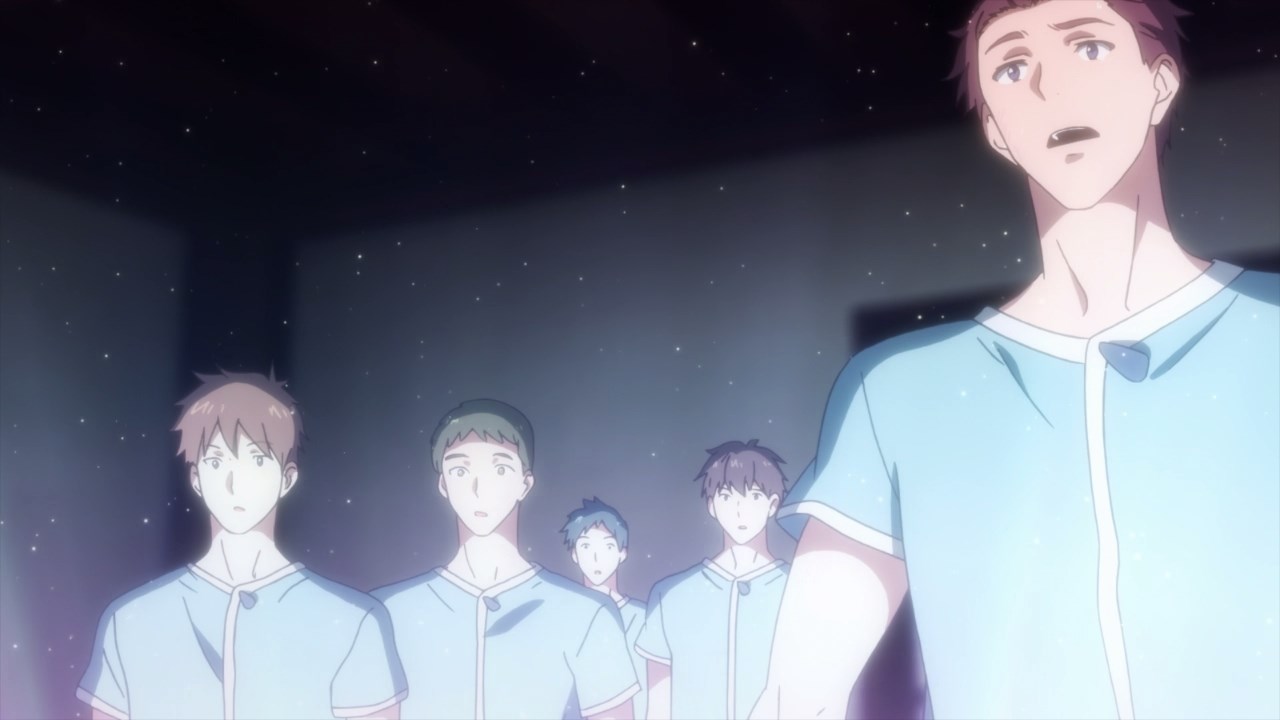 And sure enough, all of the knights are fully-healed. Well then, it looks like Sei made a miracle on this episode! 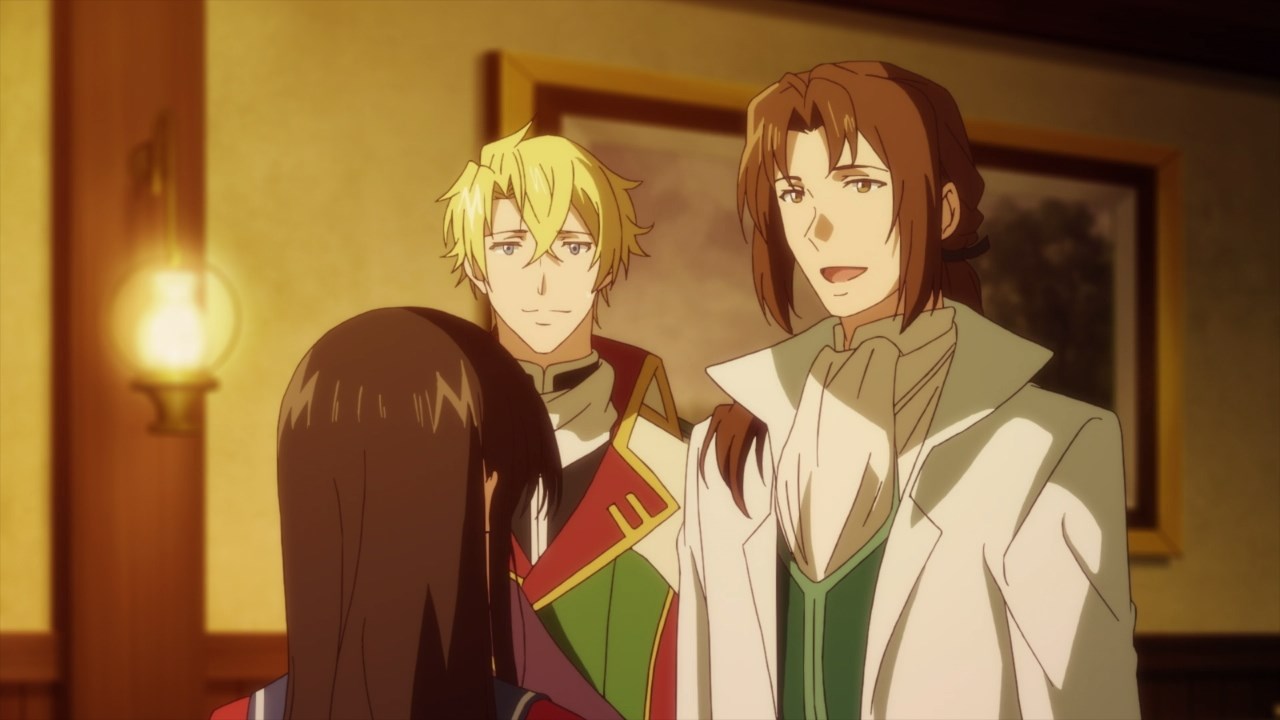 Oh yeah, here’s both Albert Hawke and Johan Valdec where she expects the latter to reprimand her for doing something crazy, but Johan decides to praise Sei for saving the lives of those knights. 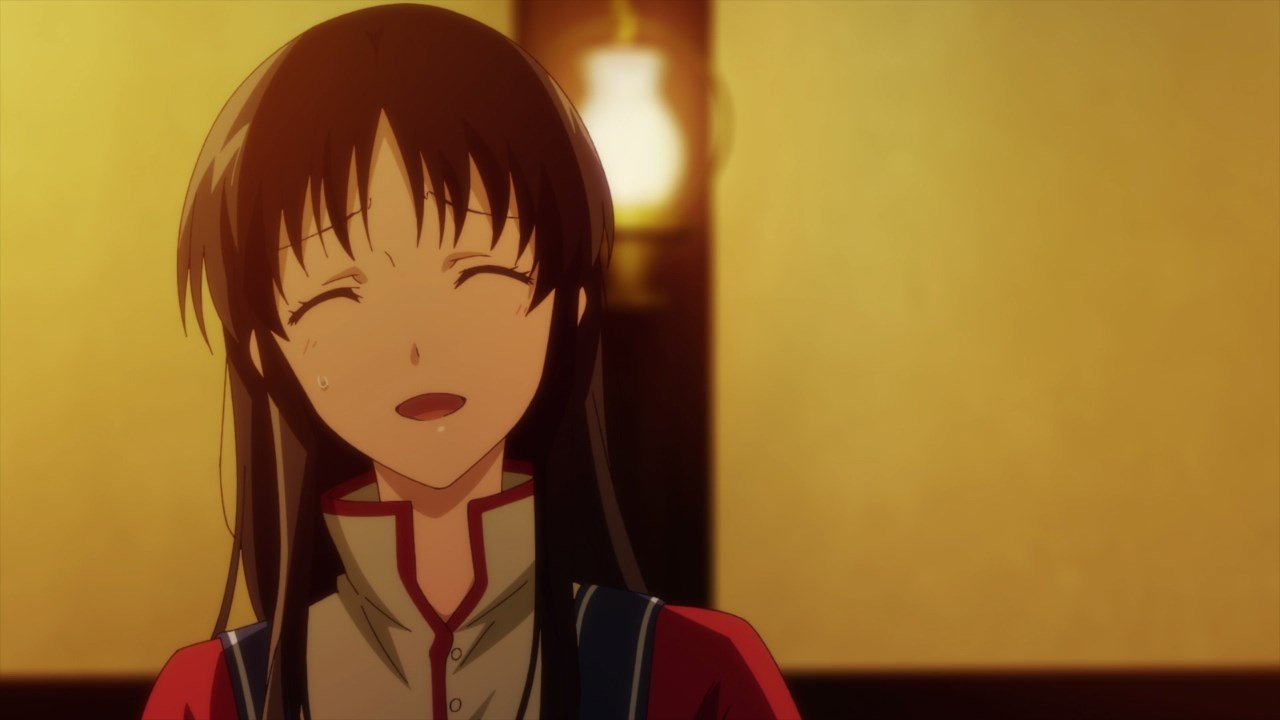 But with regards to Sei Takanashi, seems that she’s more likely to become a saint after displaying a miraculous feat.

Now, the question remains if her lifestyle will change once she’s confirmed that she’s the saint, and what’s gonna happen to Aira Misono afterwards? Anyways, I’ll see you next time to find out those answers!