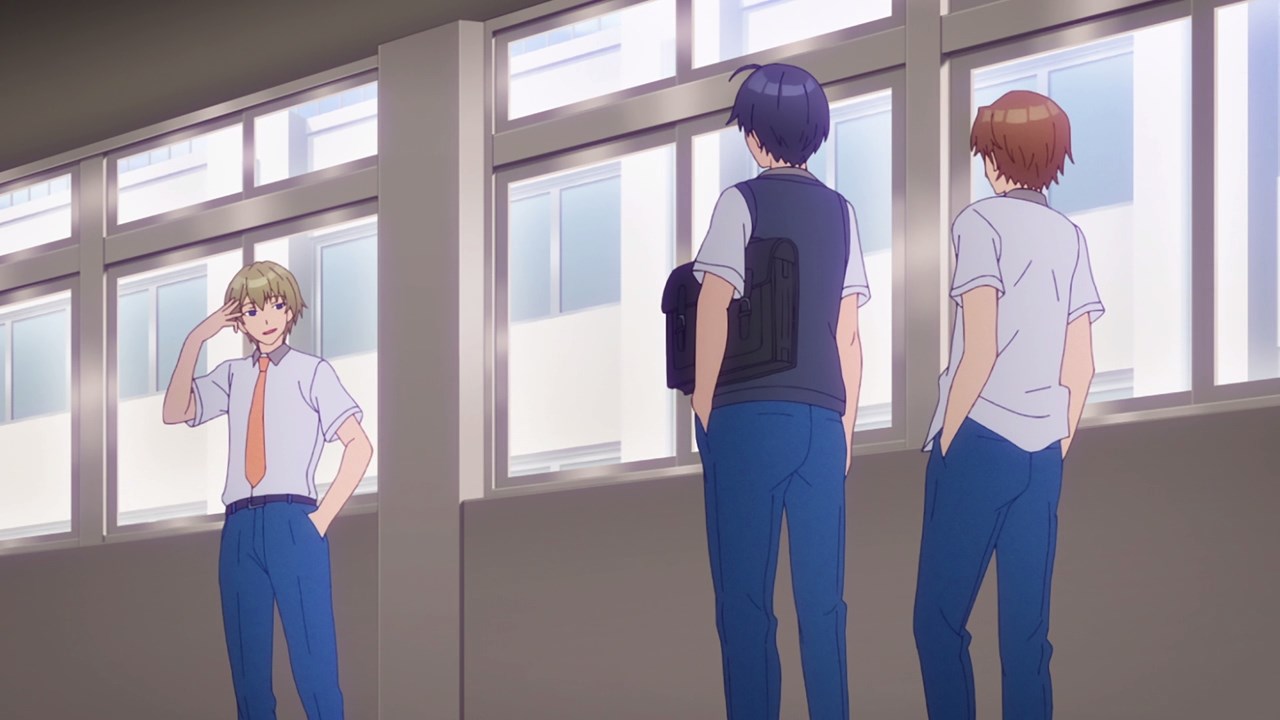 Well everyone, the school festival has arrived and Mitsuru Abe will prevail over Sueharu Maru as he believes that Sueharu is already washed-up, although I’m not sure if Mitsuru’s victory is already in the bag. 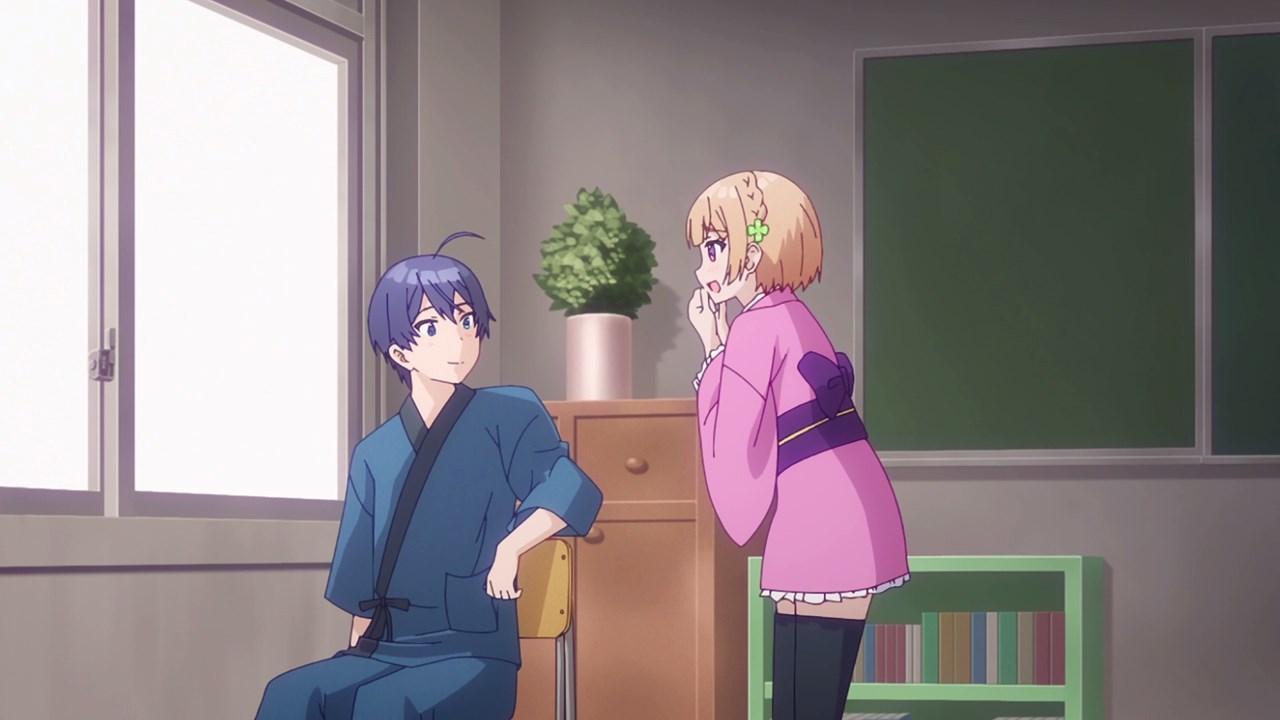 For the time being, Sueharu will have to calm his nerves by helping Kuroha Shida at the maid café. Of course, Maru will have some unexpected guess on this episode… 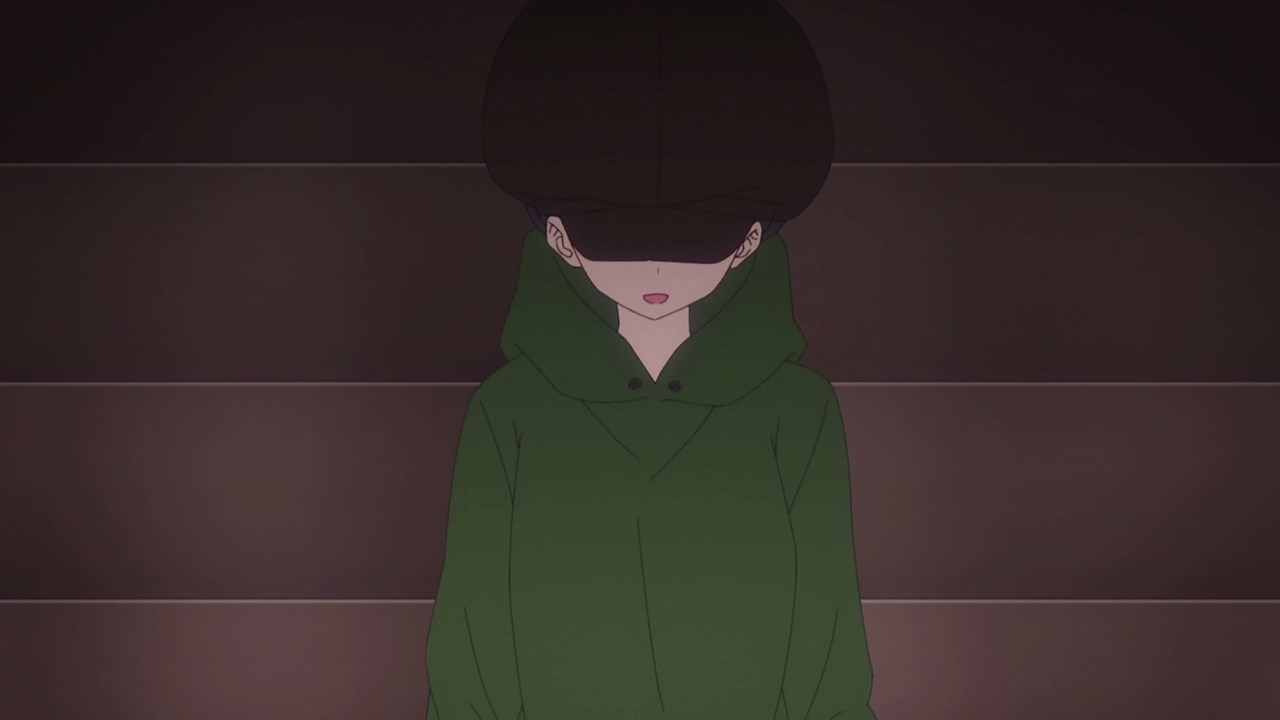 …like Shiro for example where *ahem* he’s really happy to see Sueharu again after a long time. 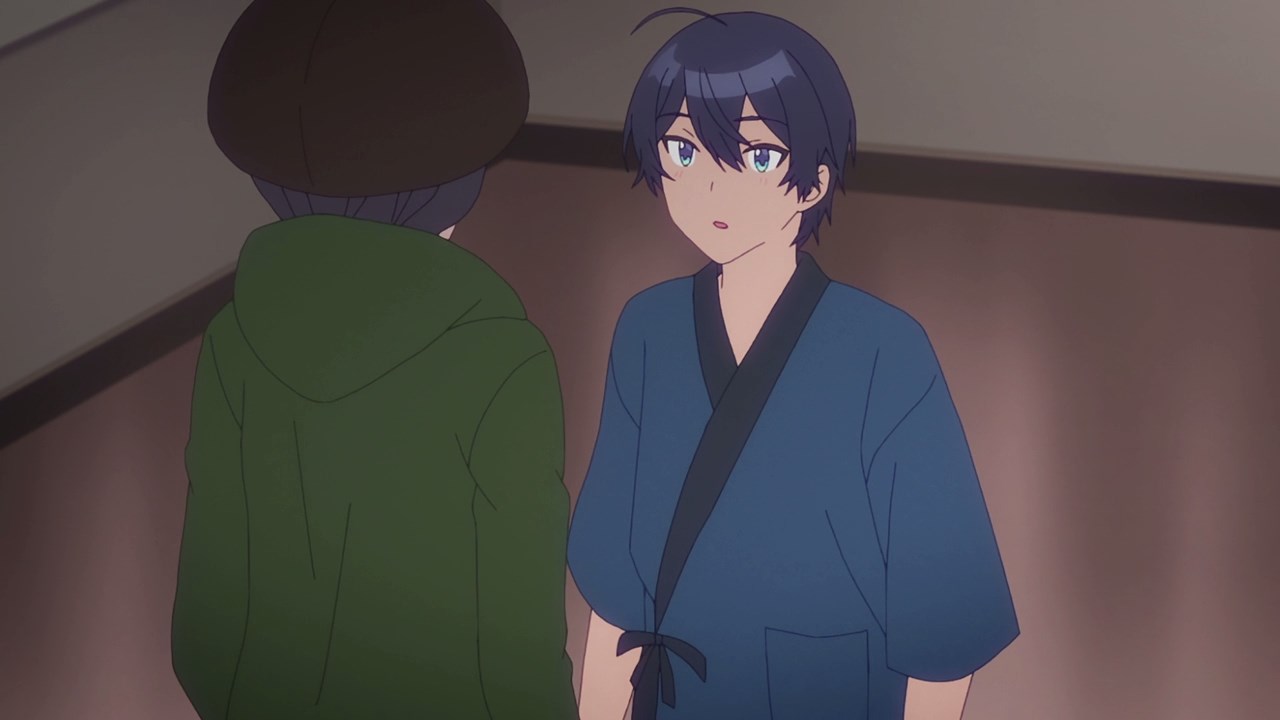 Even Maru is stunned to see his long-lost childhood friend. Of course, don’t be fooled by Shiro’s looks ’cause Sueharu’s friend is about to reveal his true identity. 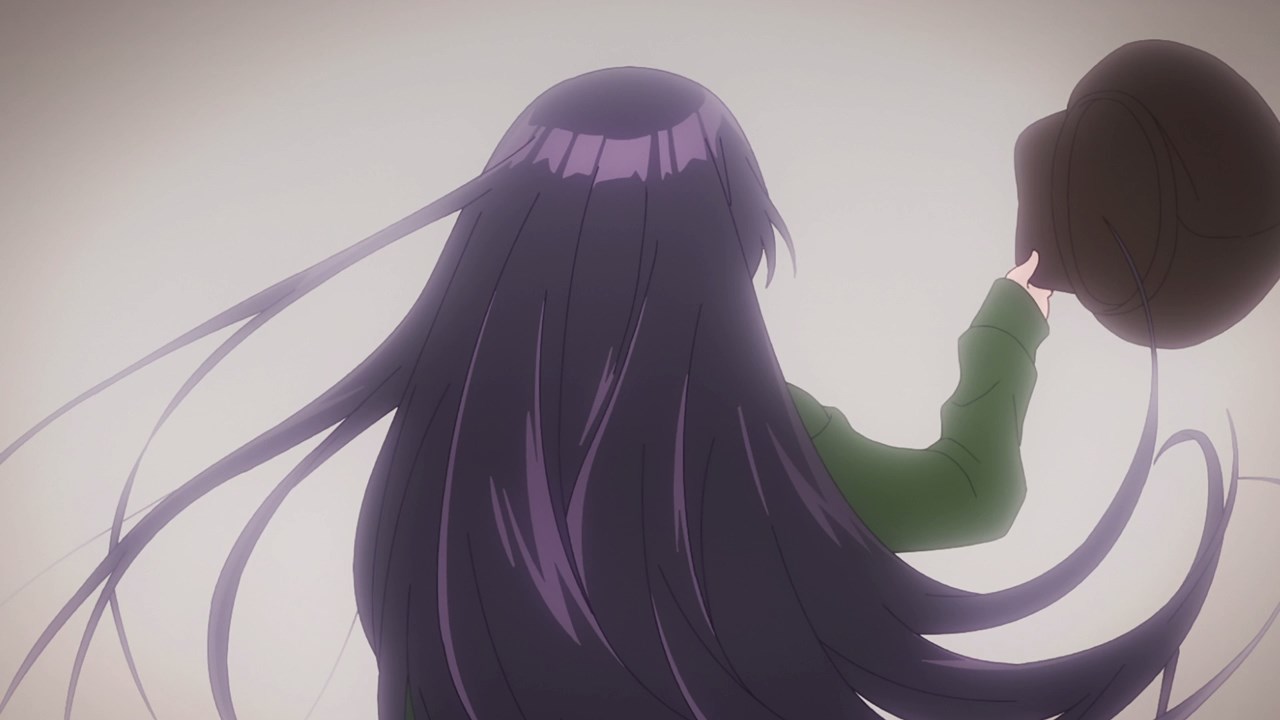 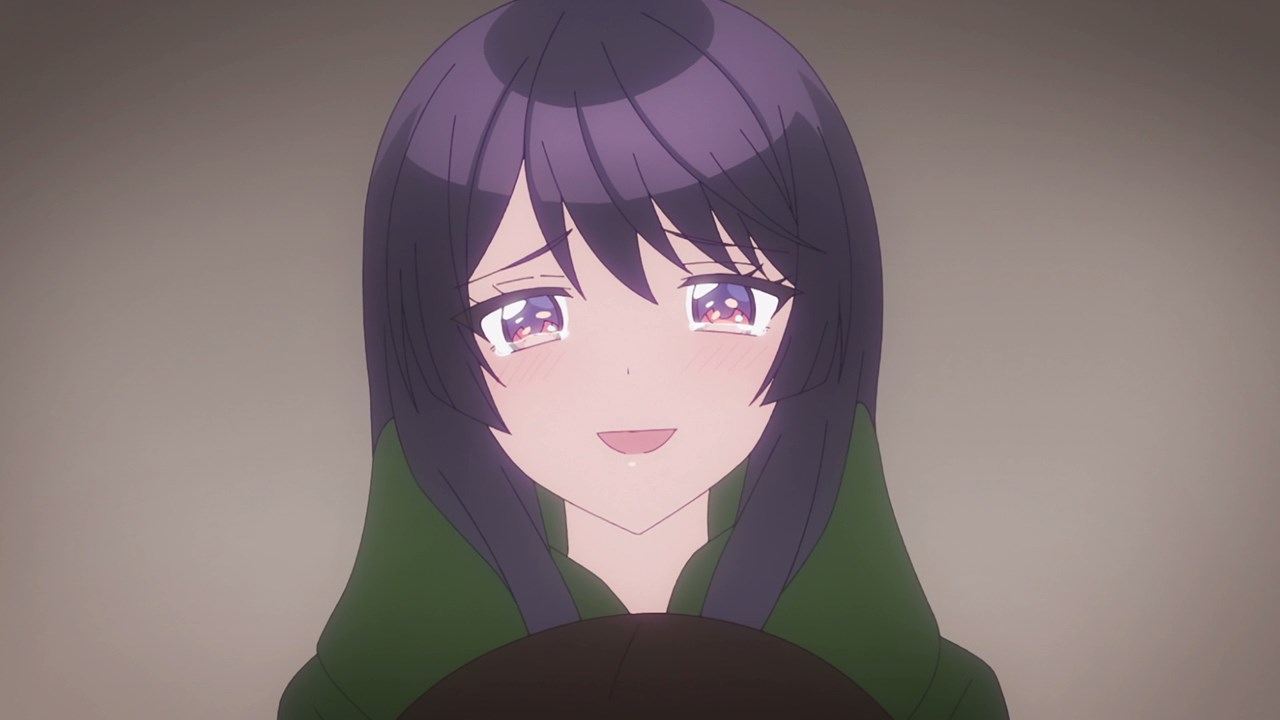 That’s right, Shiro is actually Shirokusa Kachi where Sueharu Maru got really surprised that his long-lost friend is actually the hottest girl in Hozumino High School.

Well then, I have to say that Sueharu and Shirokusa are meant to be together. 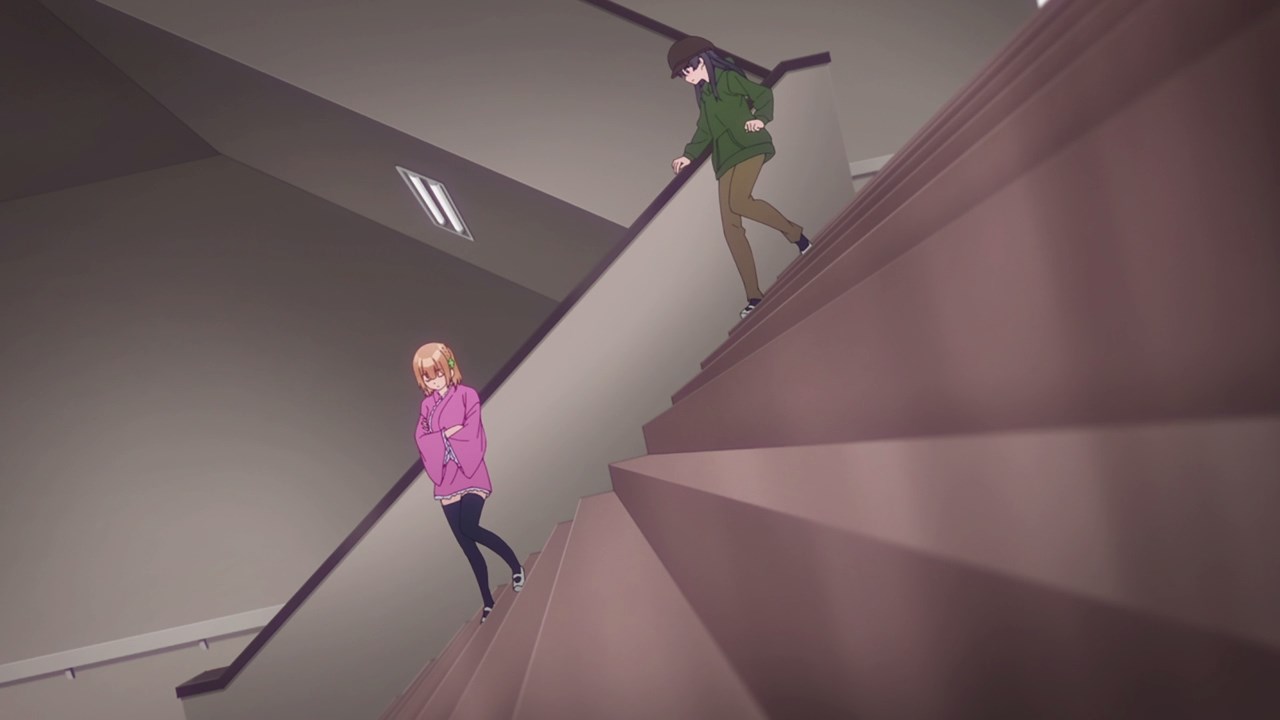 Except that you have Kuroha Shida where she’s the designated girlfriend of Sueharu Maru. Man, I’m sure that she’s gonna roast Shirokusa for attempting to steal her boyfriend. 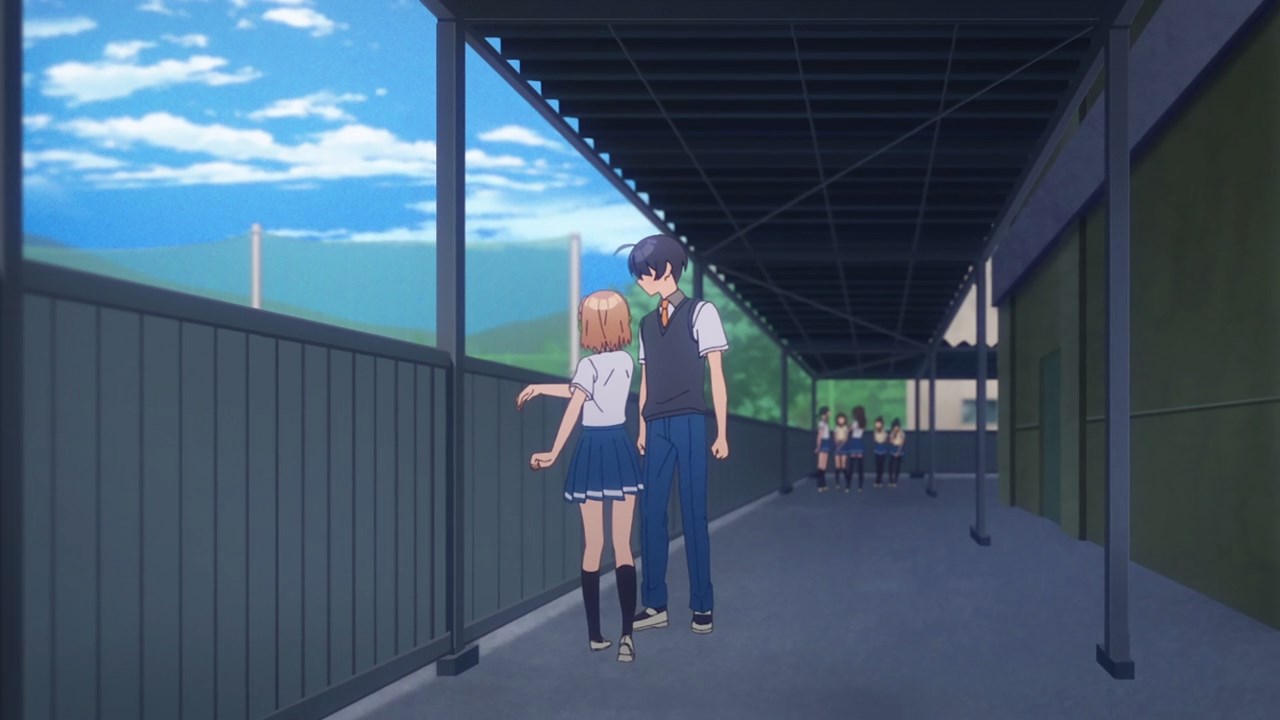 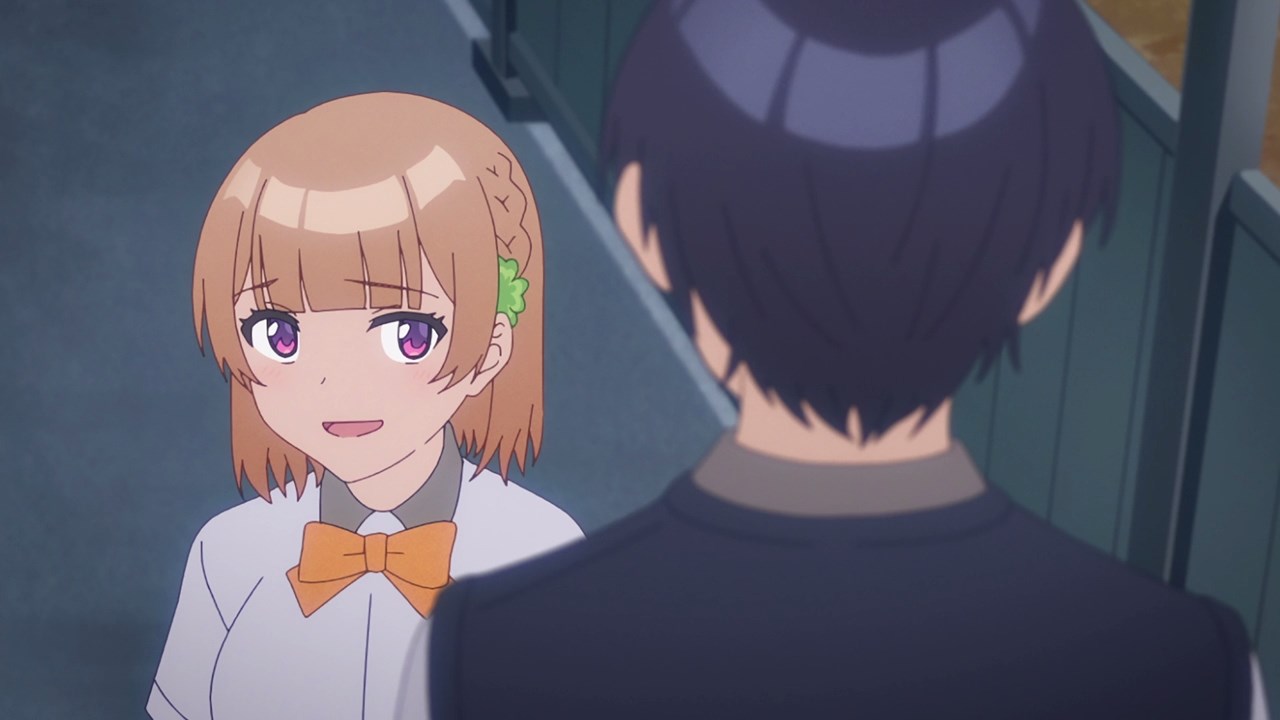 However, Kuroha decides to slap Sueharu’s face and told him that they’re no longer lovers. Yup, they’re back to being friends again and man, why the hell did she pull that stunt?

You know what, I think Maru will need to focus on beating Abe-sempai at his own game since he’s the most popular actor in Japan right now. 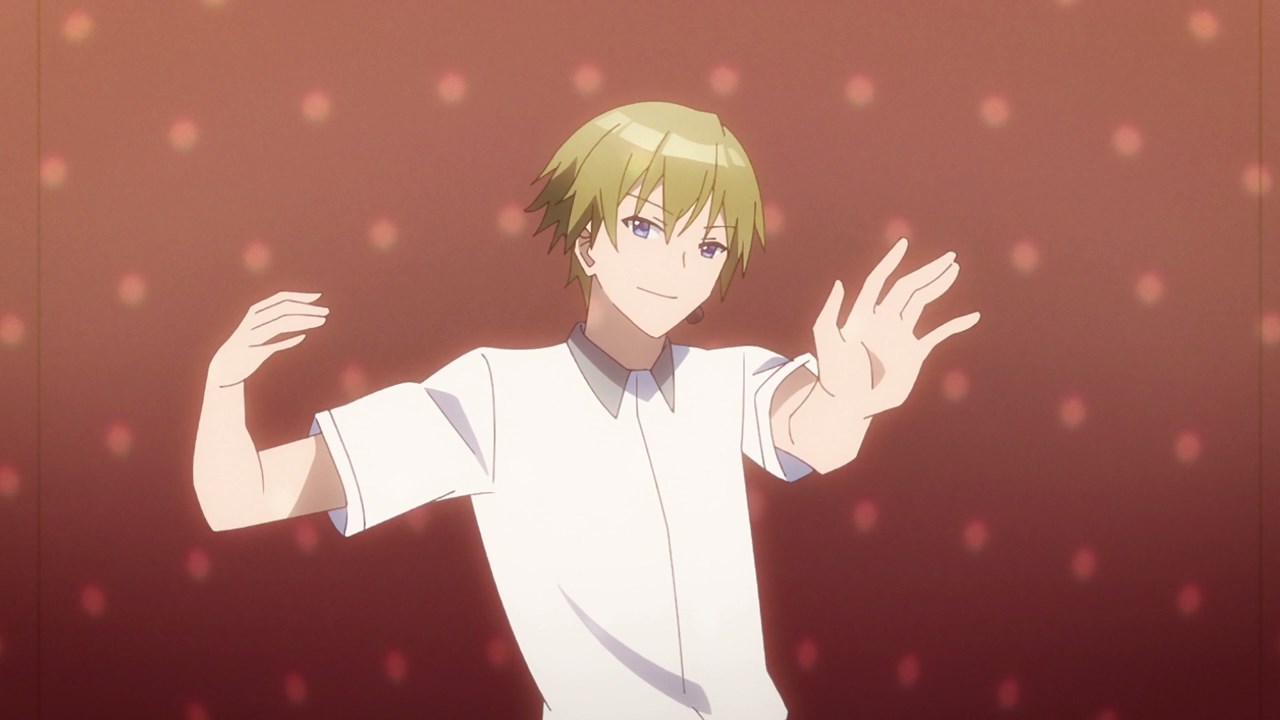 Then again, Mitsuru Abe is not only the coolest guy ever, but he can pull some slick dance moves.

By the way, is it me or Dogakobo’s dance sequence is a bit stiff? I think they should have hired dancers so that animators can rotoscope his/her moves. 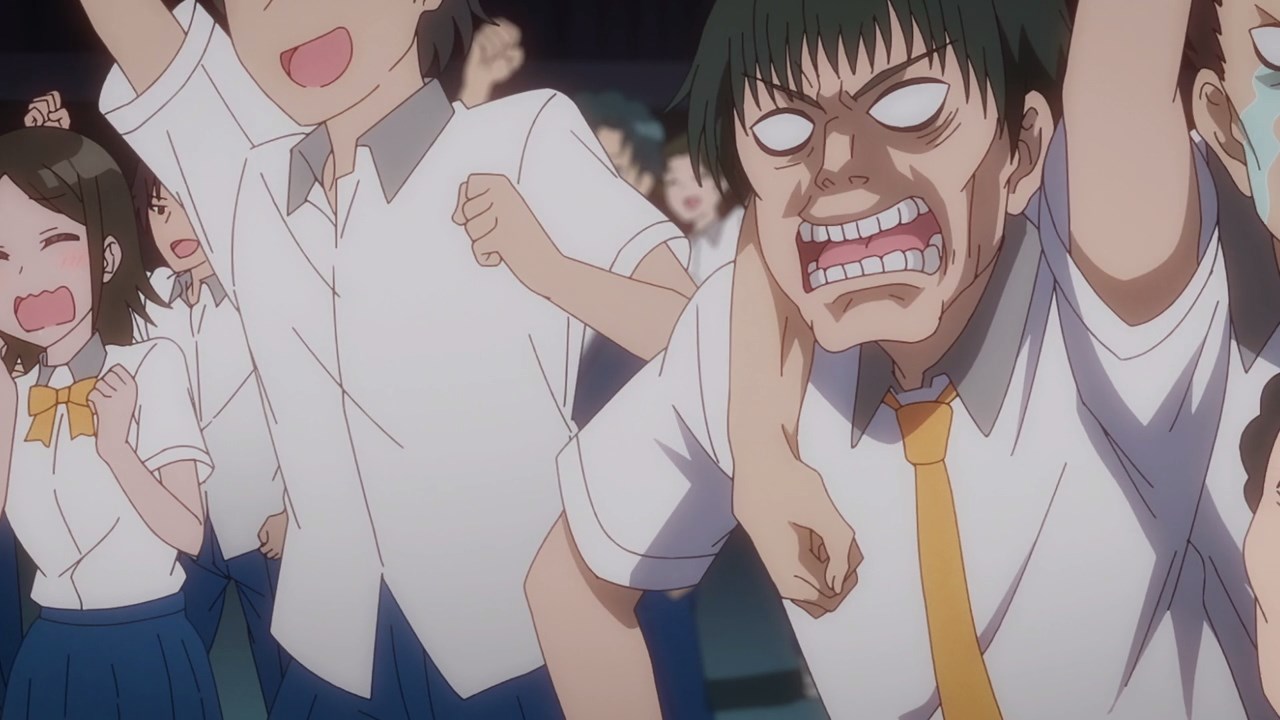 Still, the crowd loved Mitsuru’s stunning dance performance, although there are haters out there who really loathed at Abe-sempai for being the coolest guy in high school. 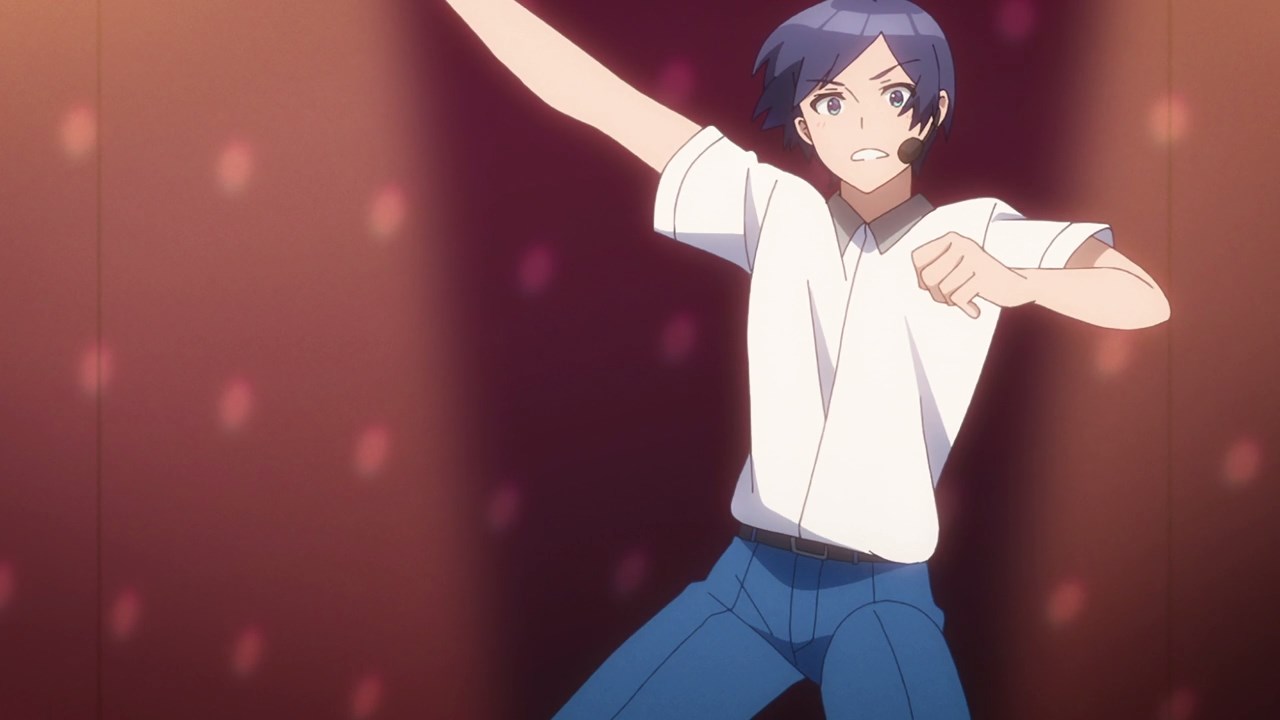 Now then, here’s Sueharu Maru where he doesn’t want to lose against Abe-sempai as he pulled some dazzling moves. 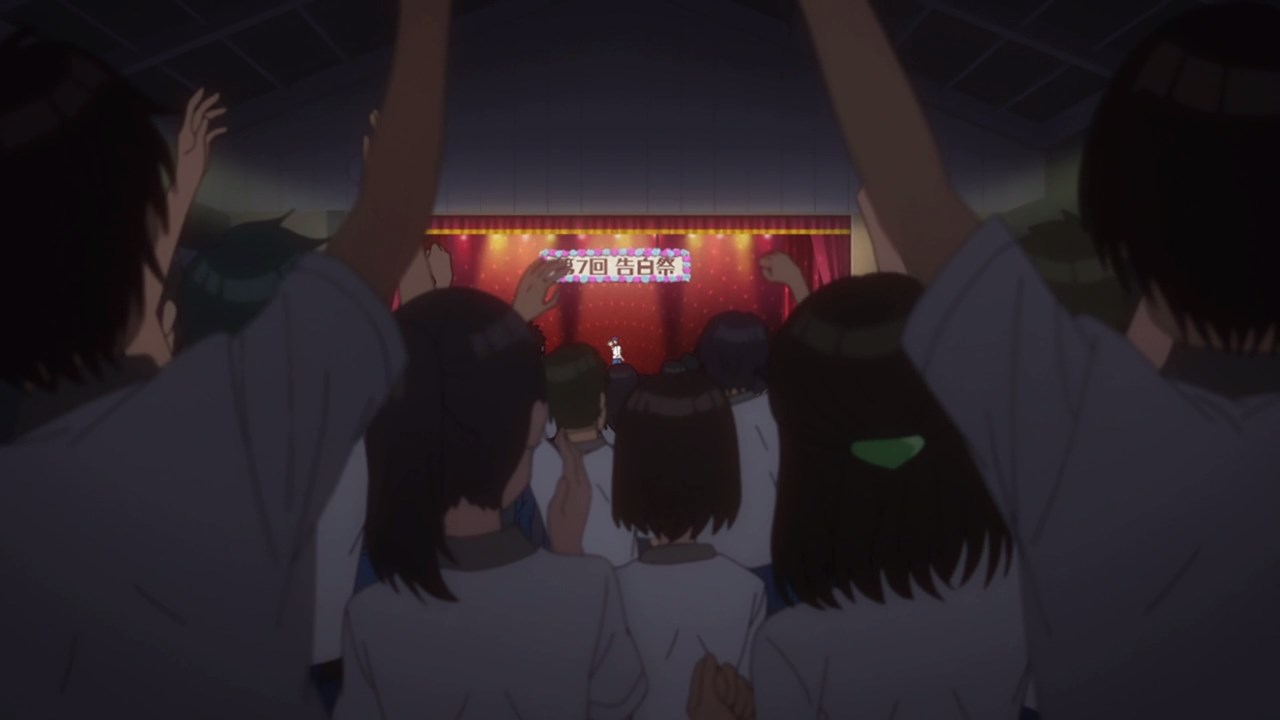 And the crowd goes wild as Sueharu stole the show. Looks like he’s no longer a washed-up actor anymore as Maru still has that swag! 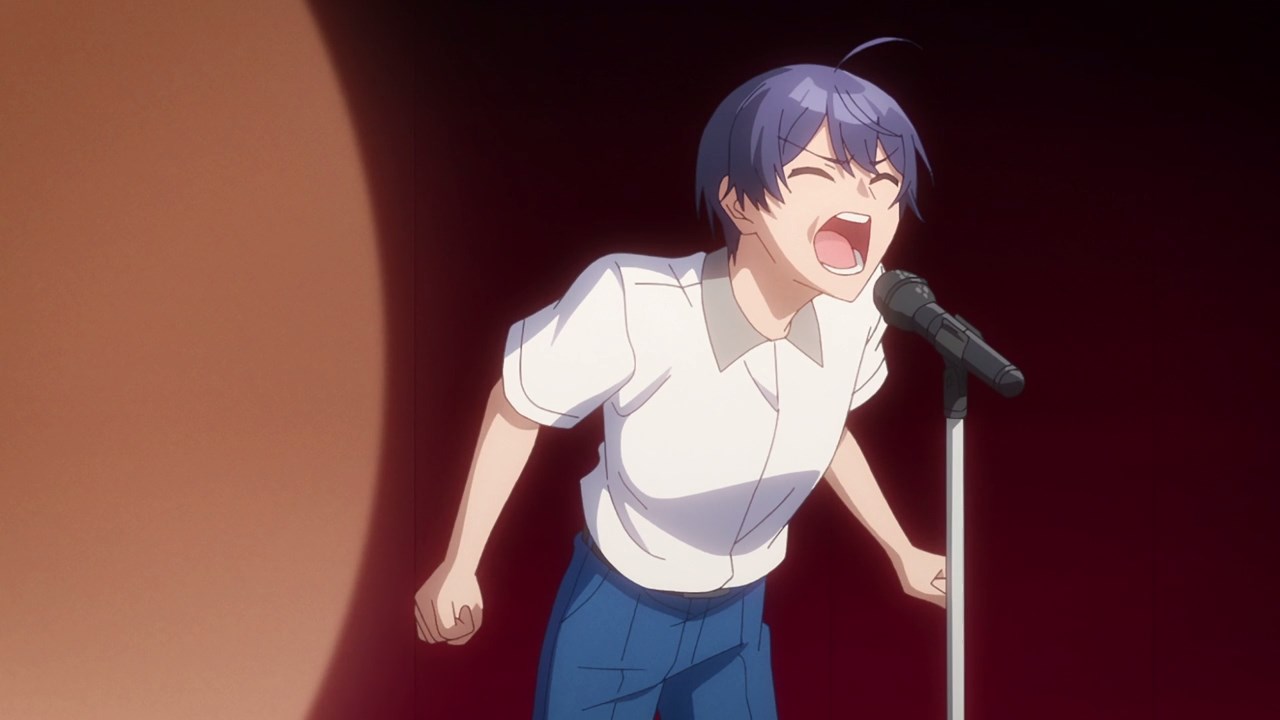 And now, it’s time for Sueharu Maru to confess his feelings, but which girl he’ll confess with? Isn’t gonna be Shirokusa Kachi? 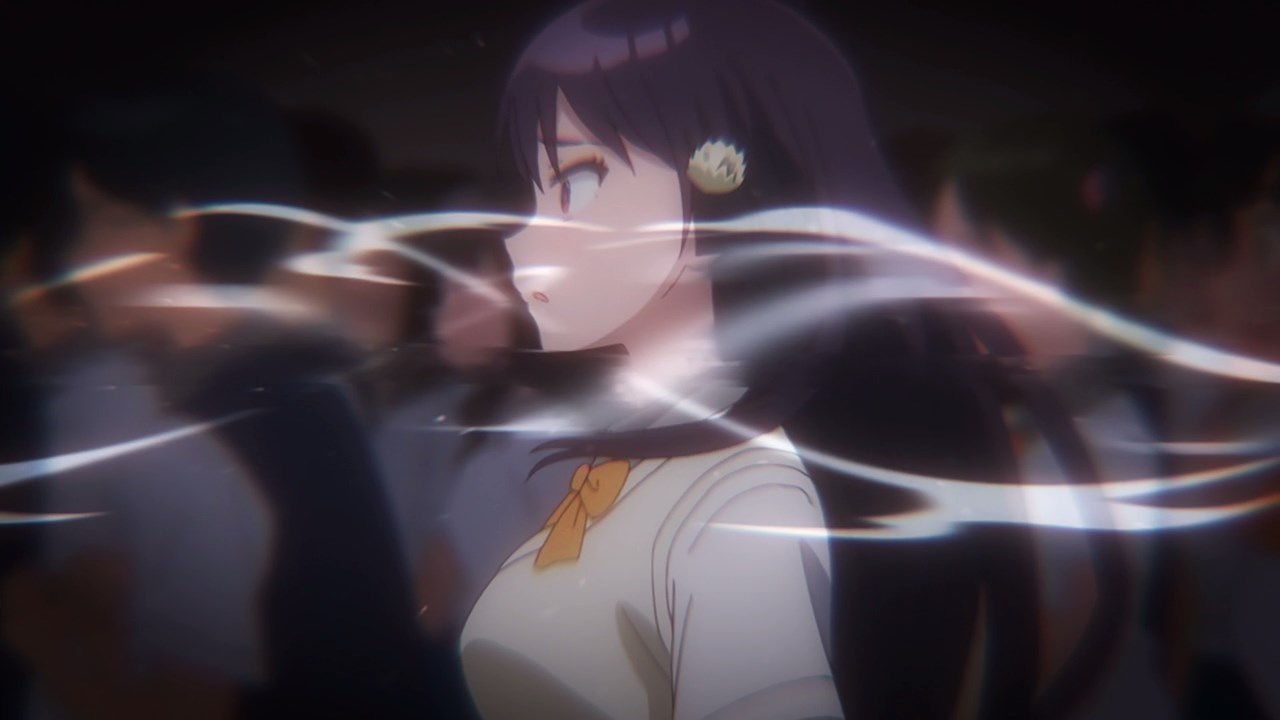 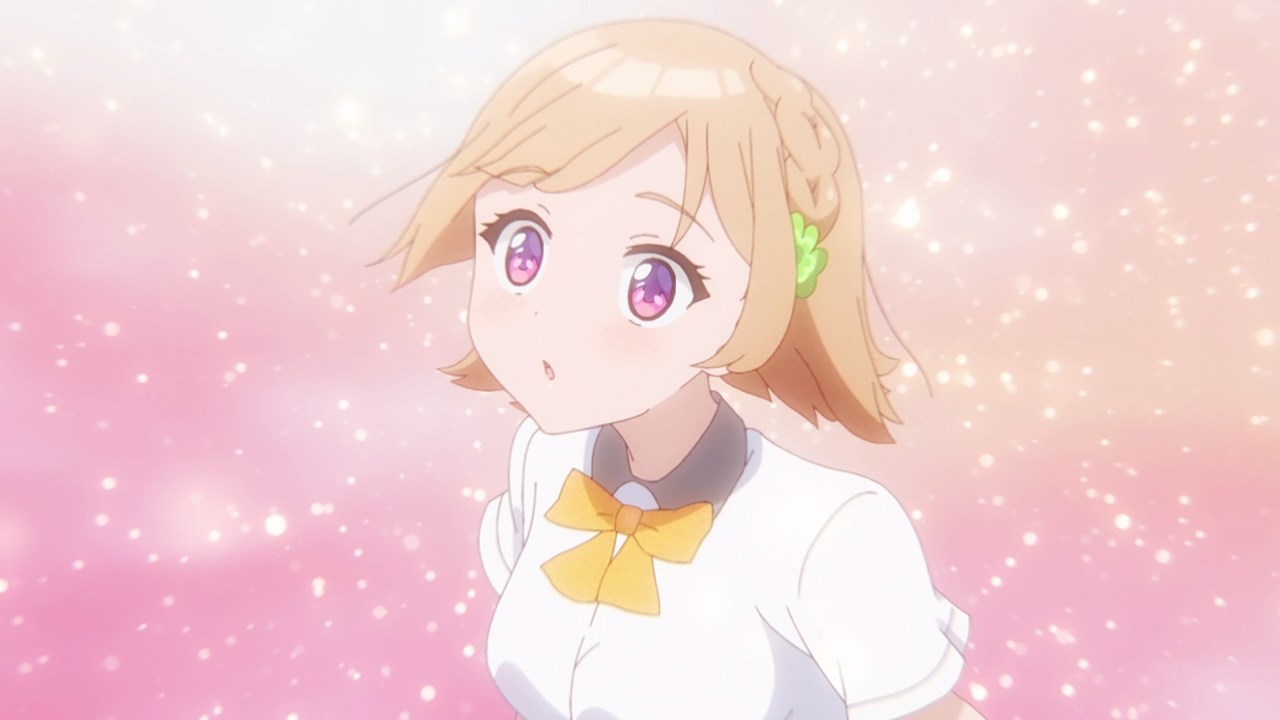 Well, turns out that Sueharu’s heart didn’t reach to Shirokusa, but rather Kuroha Shida as he finally realized that she’s the one who really cares about him. 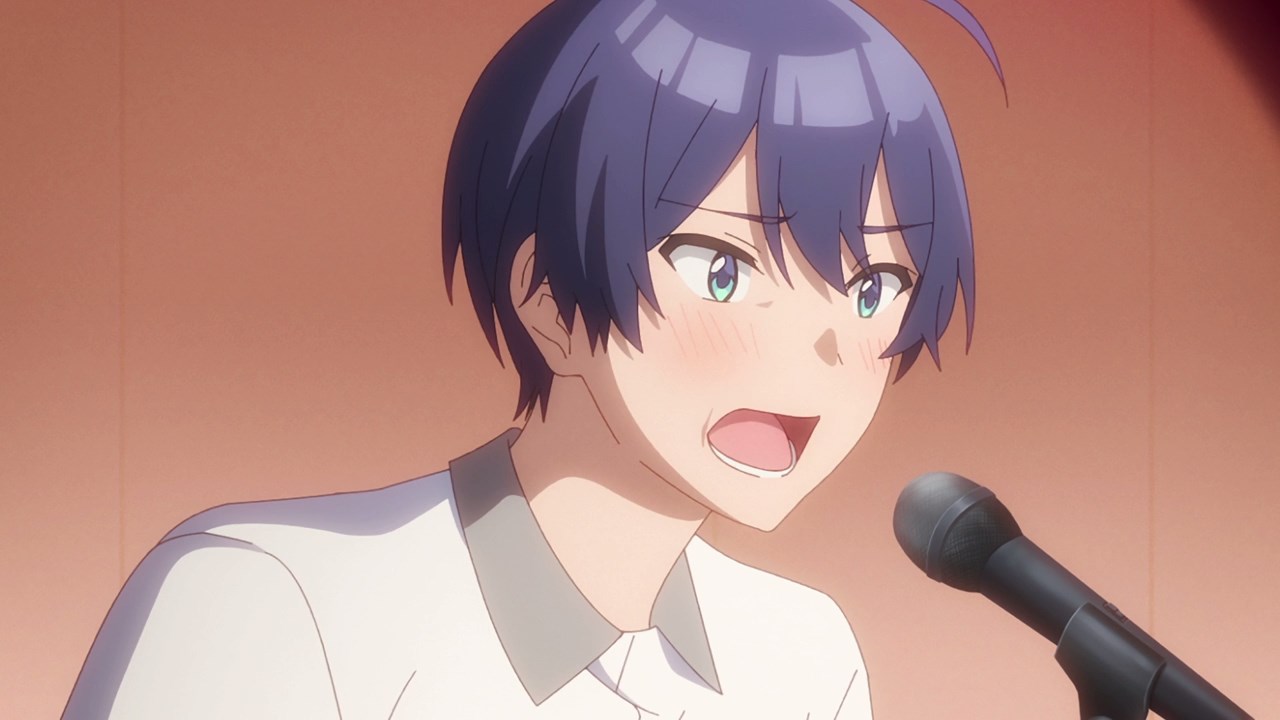 And so, Sueharu Maru chose Kuroha Shida to be his girlfriend as he asks Kuroha to go out with him. 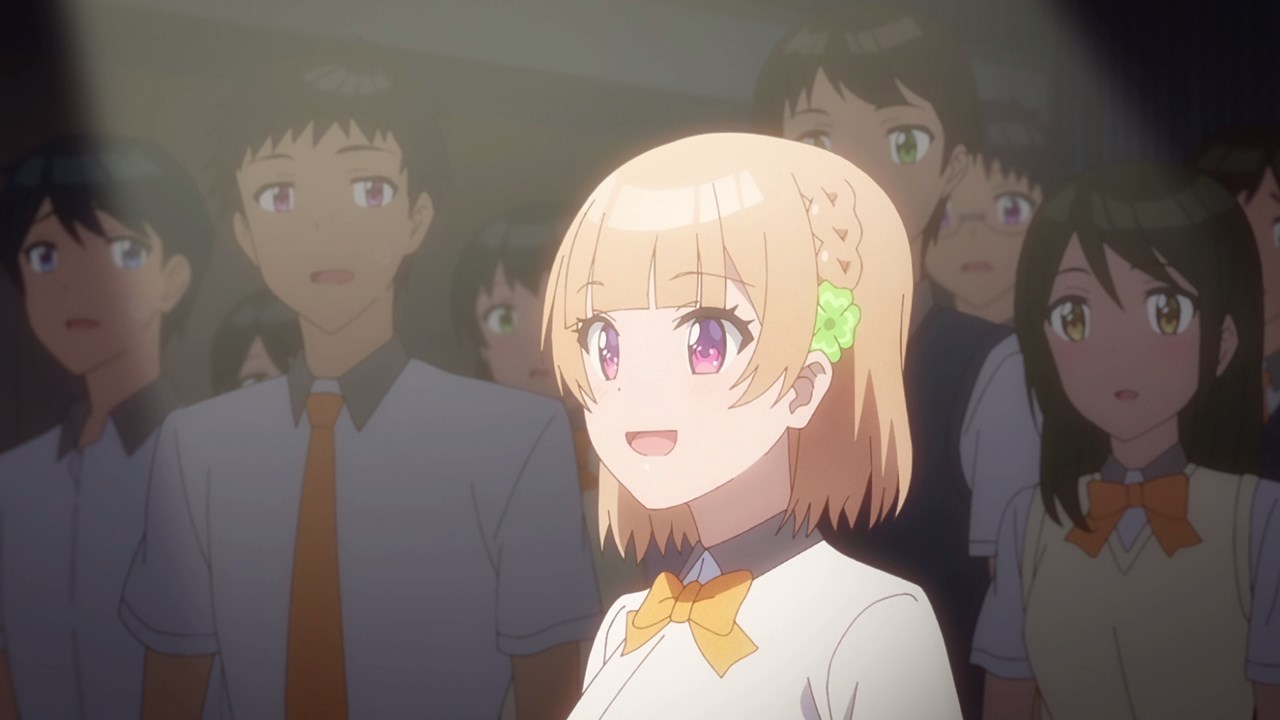 Unfortunately, Kuroha flat-out rejected Sueharu’s confession. Really Shida, what the fuck did you say to Maru in front of the audience? 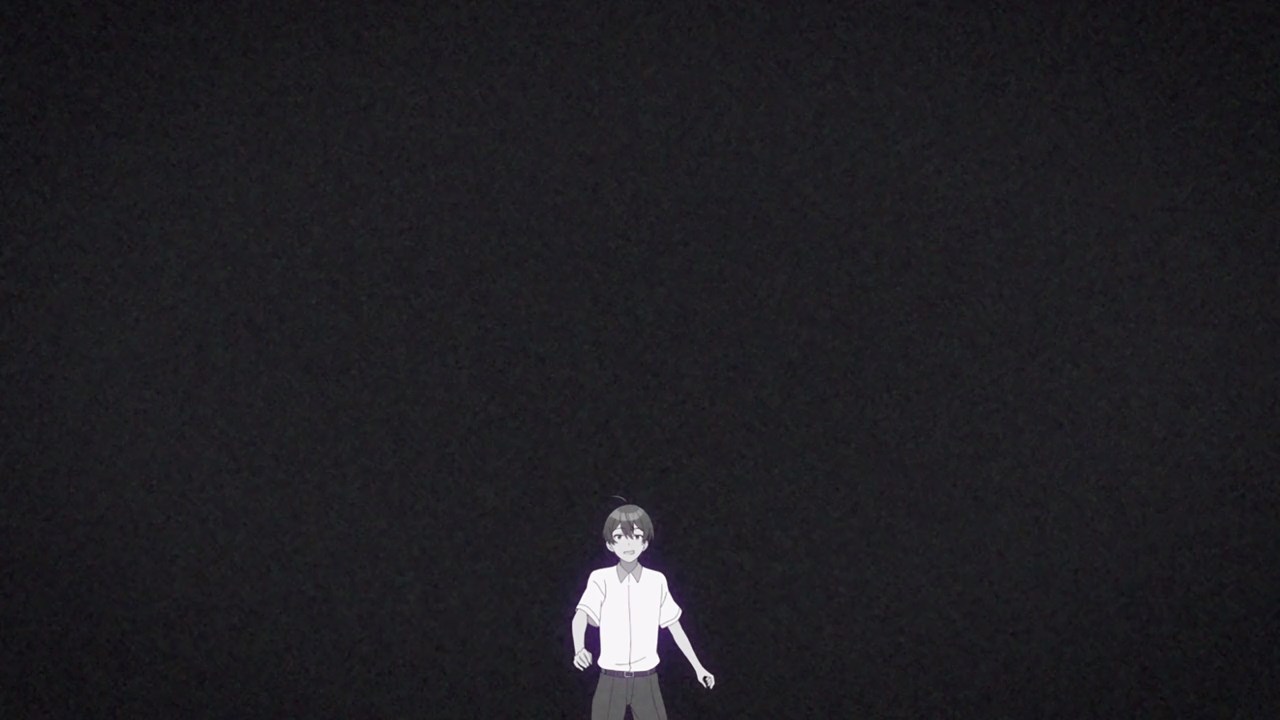 Still, this is the most humiliating thing that Sueharu Maru experienced in his life. I have a feeling that everyone will laugh at him for being rejected by his childhood friend. 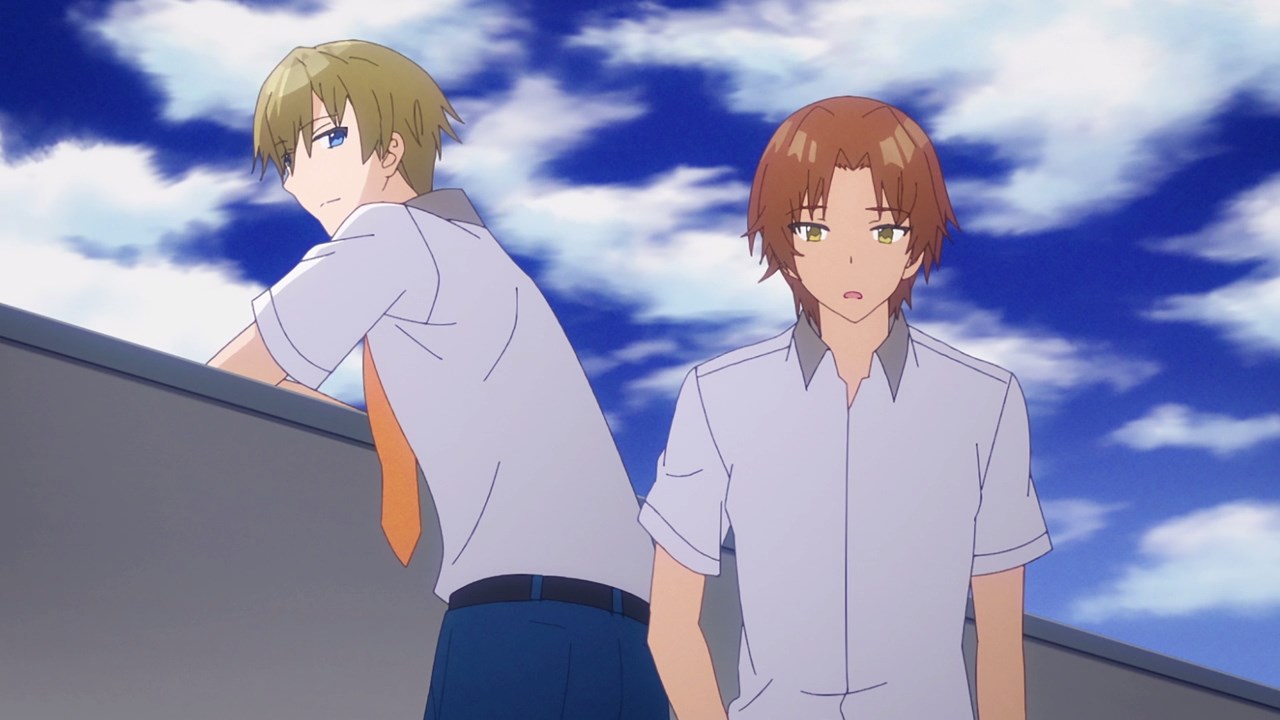 One more thing, it seems that Tetsuhiko Kai learned that Mitsuru Abe is just pretending to be Shirokusa Kachi’s girlfriend just to spite on Sueharu Maru. And the reason why he did that is because Abe wants Maru to get back to acting.

But you know what, I think Mitsuru is the clear winner as he not only humiliate Sueharu, but he also made Kuroha and Shirokusa cry. 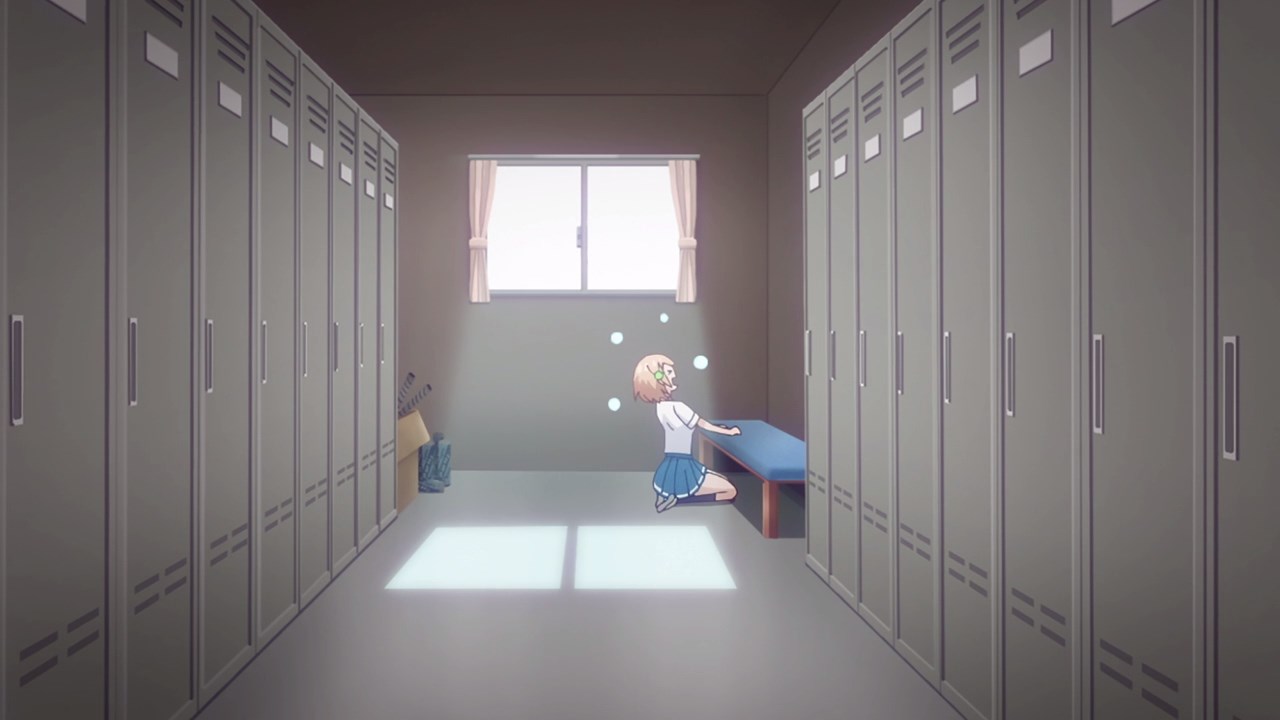 As for Kuroha Shida, she was a fool for rejecting Maru’s confession outright, especially when everyone’s watching. Seriously Kuroha, why don’t you follow your feelings and accept Sueharu wholeheartedly! 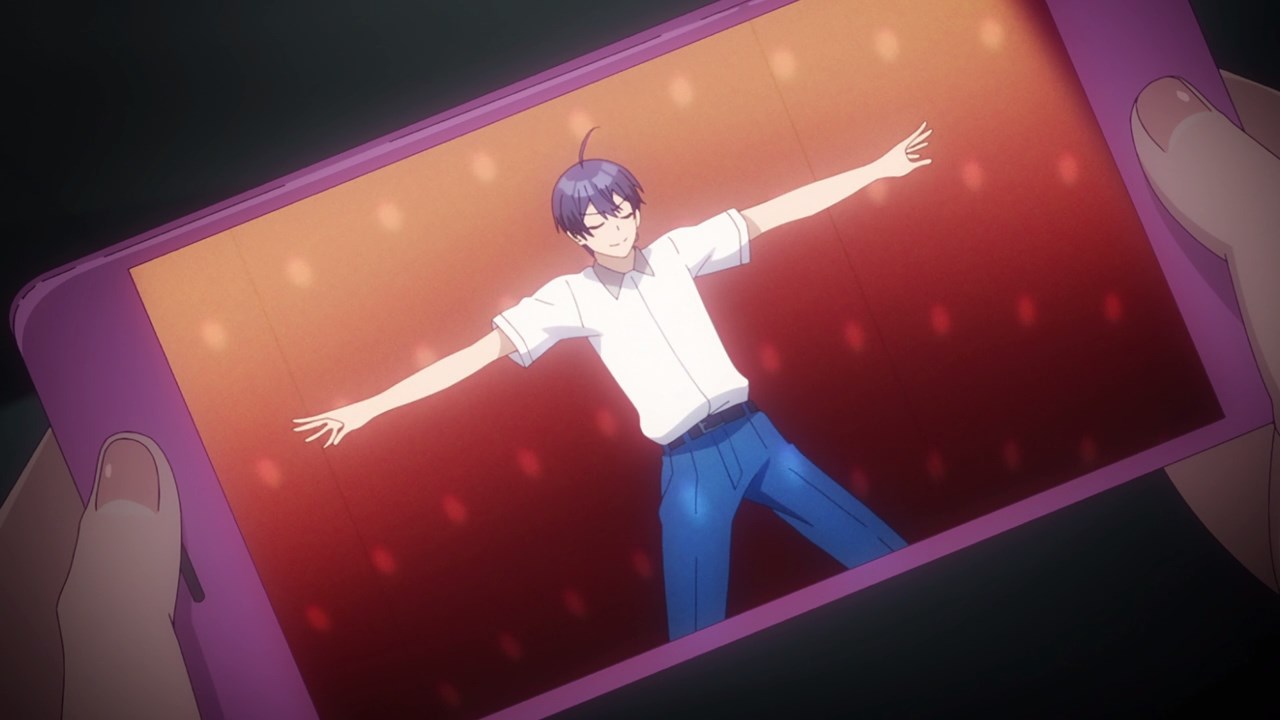 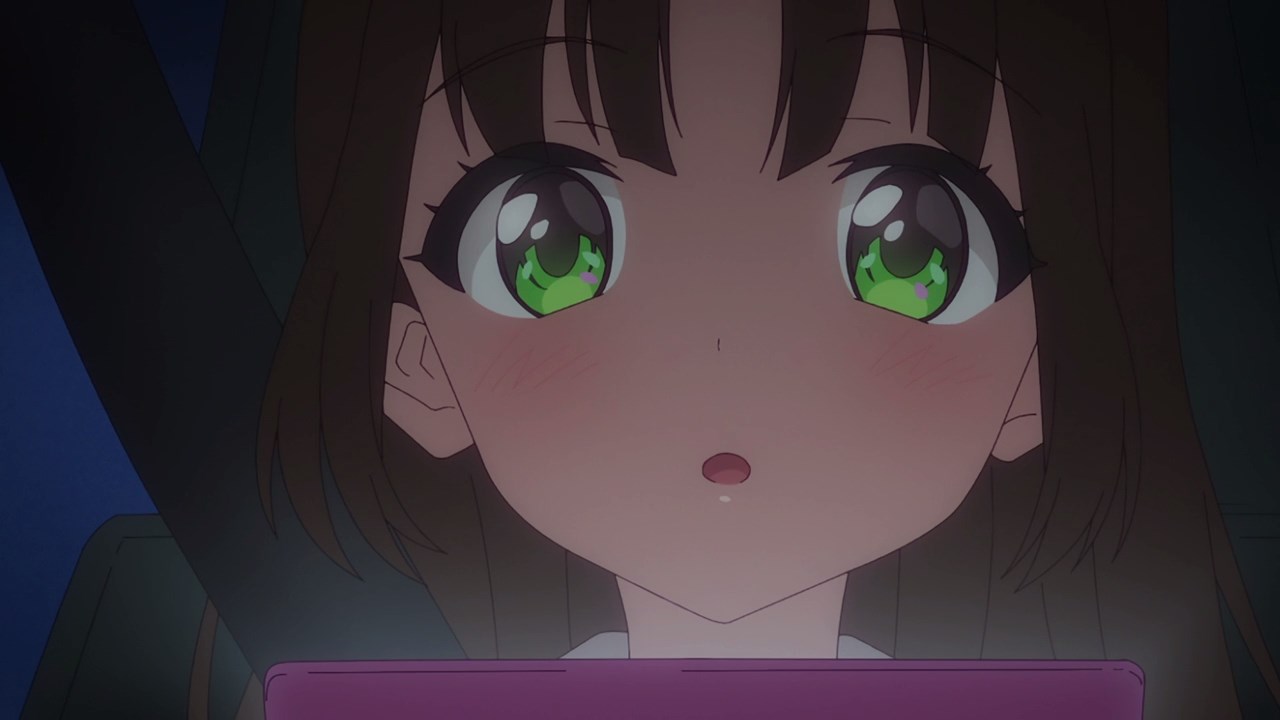 One last thing, it appears that someone will join this crazy ride as she recognize Sueharu Maru, especially his impressive dance moves.

But that’s the end of this episode and man, this is the most dumbest love story ever made. Of course, will the childhood friend prevail over any other girl? We’ll find out next time!