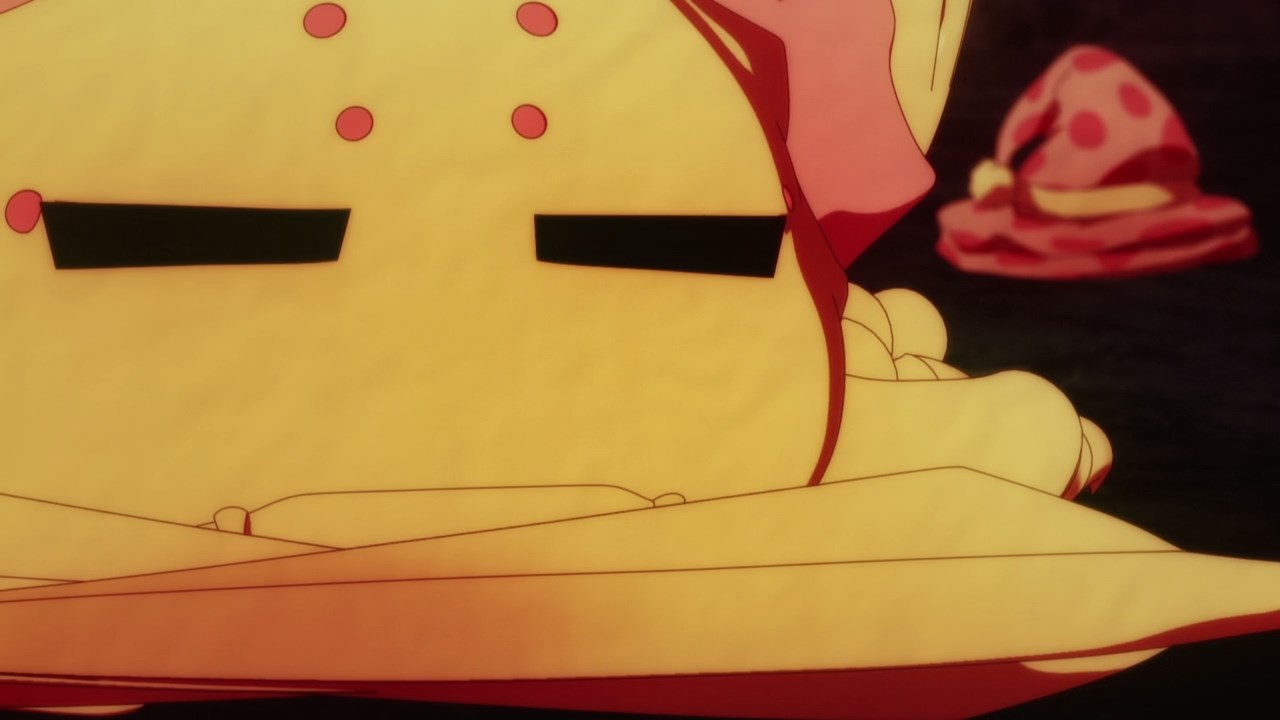 Well everyone, Ms. Spider has finally evolved into Zana Horowa where she not only gained Immortality which is very important given that she’s a reincarnated spider, but also gained another useful skill called Champion in which she can inflict fear on everyone.

While she gained some useful skills to let herself go all-out against any monster, I think Ms. Spider will have to think of another strategy on beating her mother. 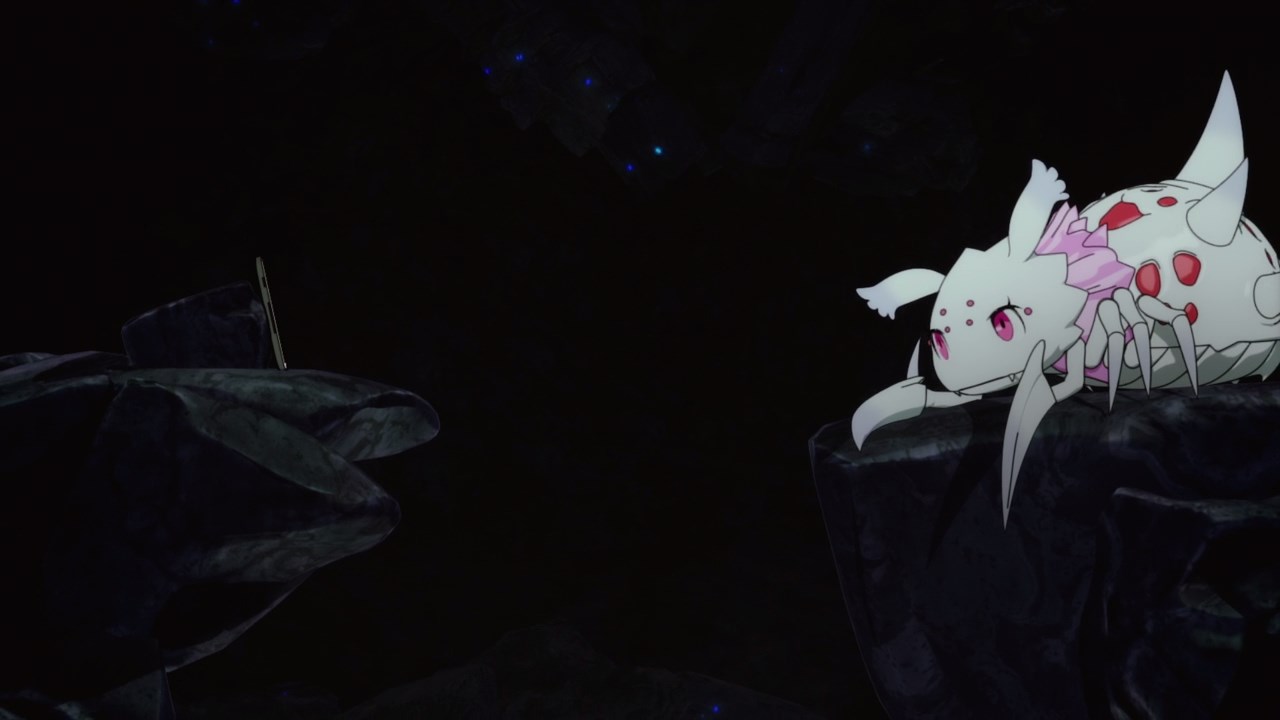 Meanwhile, it appears that Administrator D is back where she called Ms. Spider via her cellphone.

Oh by the way, if Ms. Spider choose to ignore her call, the Administrator will push a button that would detonate her body. Yeah, D is really serious! 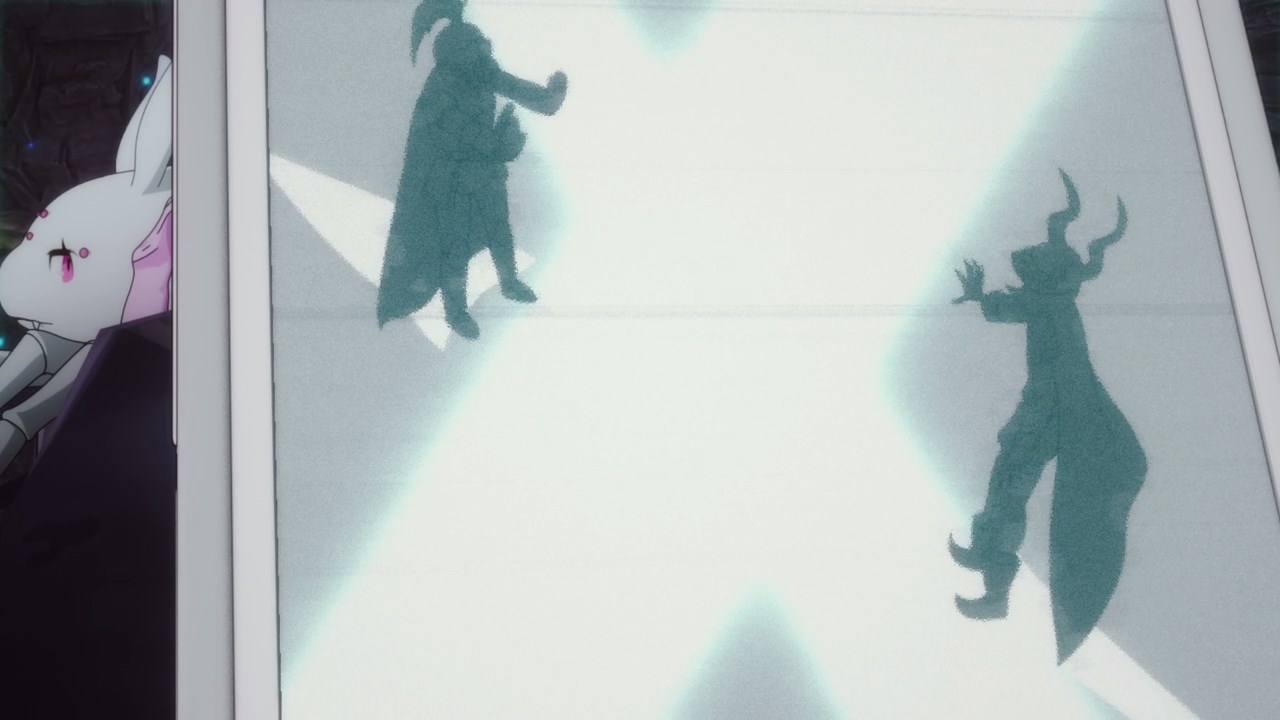 Anyways, the Administrator told Ms. Spider that she’s the first one who got reincarnated as the rest of her classmates will be reborn at a later time. This means that this time frame is set to the past, way before Schlain and his friends came to this fantasy world.

Furthermore, it’s revealed that the reason why Ms. Spider and her classmates died by a mysterious explosion is because both the previous hero and demon lord got a bit crazy when it comes to casting dimensional magic that it managed to slip their powers into the modern world.

One last thing, it appears that D is also a reincarnated being, although her identity remained a secret. But you know what, I think it’s time for Ms. Spider to focus on gaining more levels in order to beat the Queen Taratect. 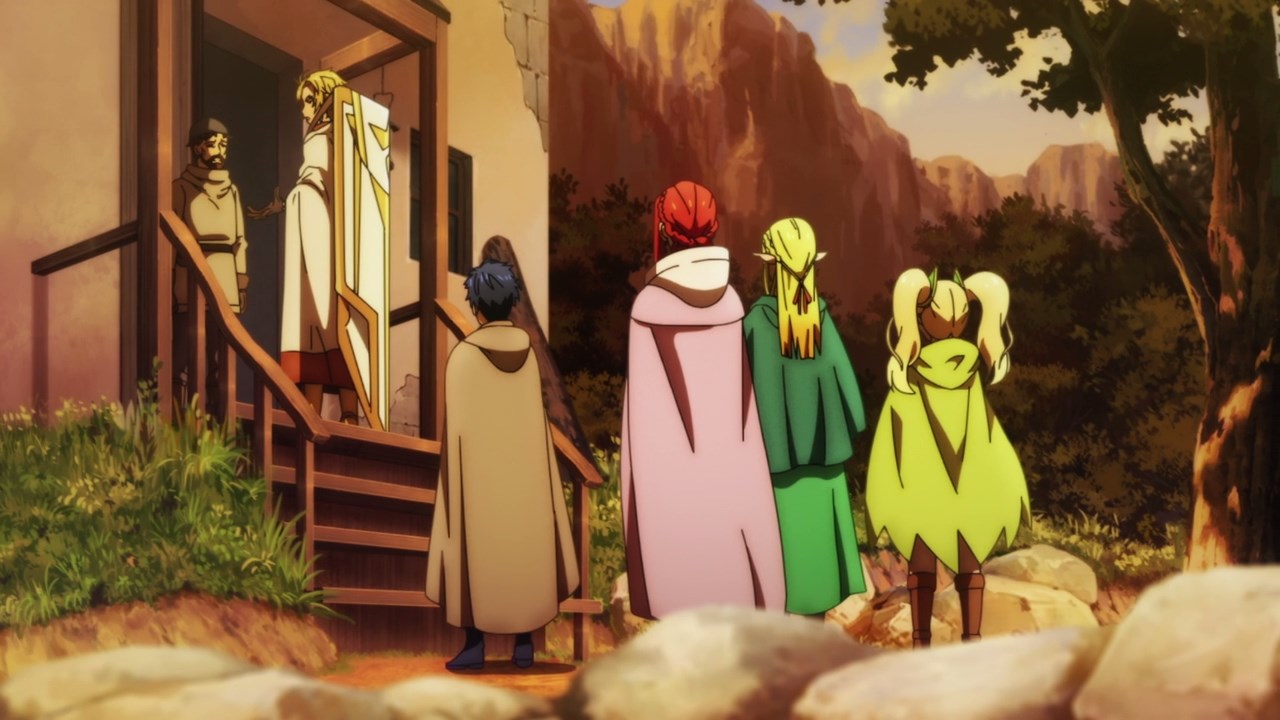 But first, let’s move onto the present where Schlain Zagan Analeit and his friends are here to meet Goyef, a guide who knows the ins-and-outs of the labyrinth.

Unfortunately, Goyef can’t help them as Hugo Baint Renxandt and his allies might endanger his family. 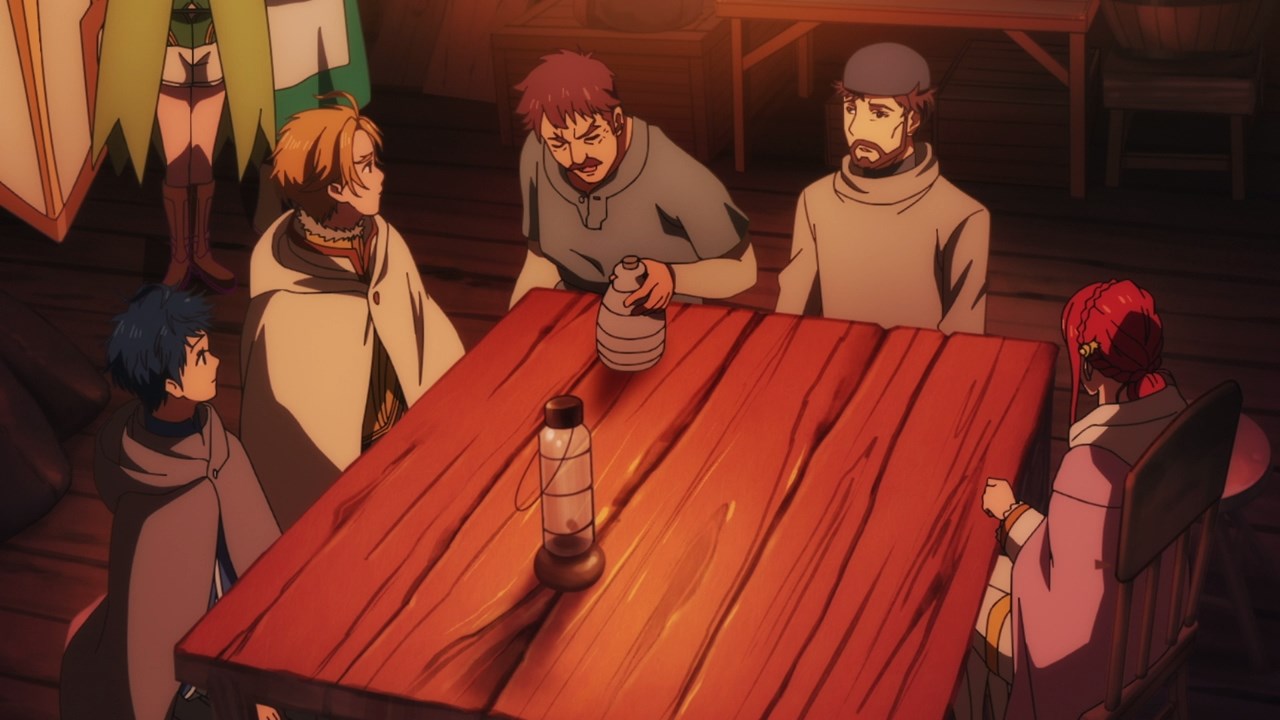 However, Goyef’s father Basgath will guide them as he found another way to enter the Great Elroe Labyrinth, although it’ll be dangerous ’cause there’s a water dragon lurking at the entrance. 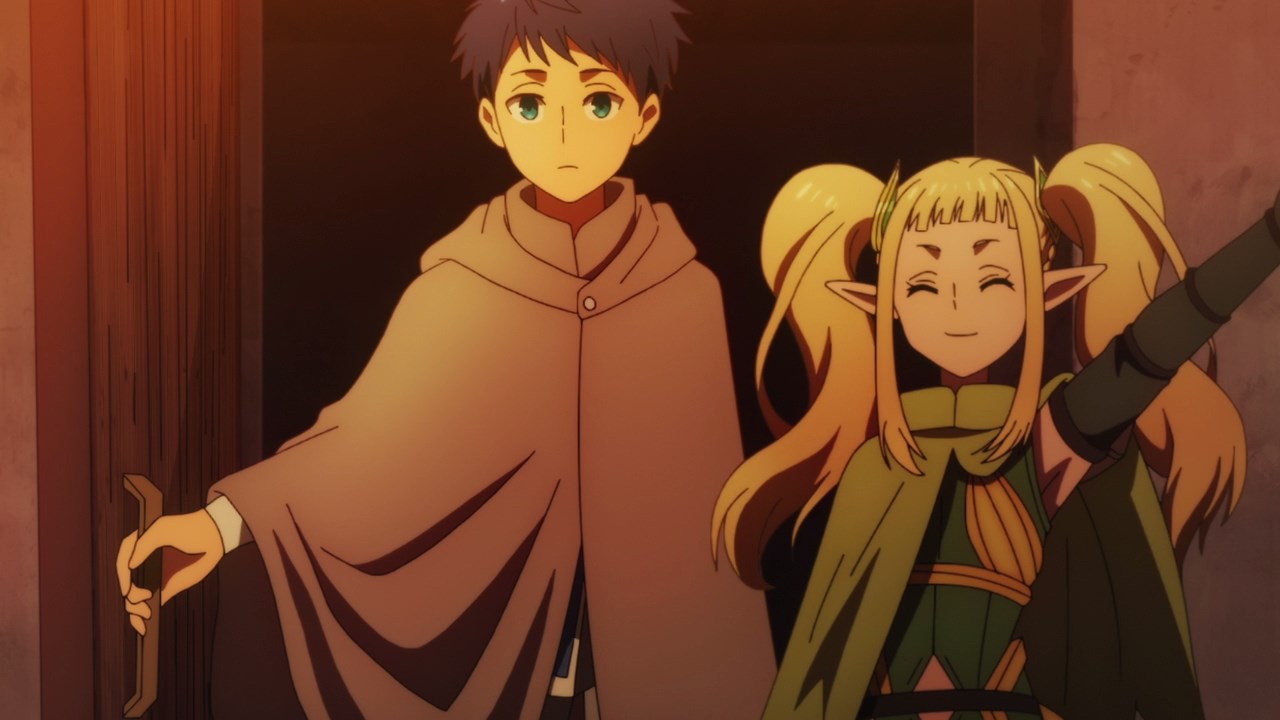 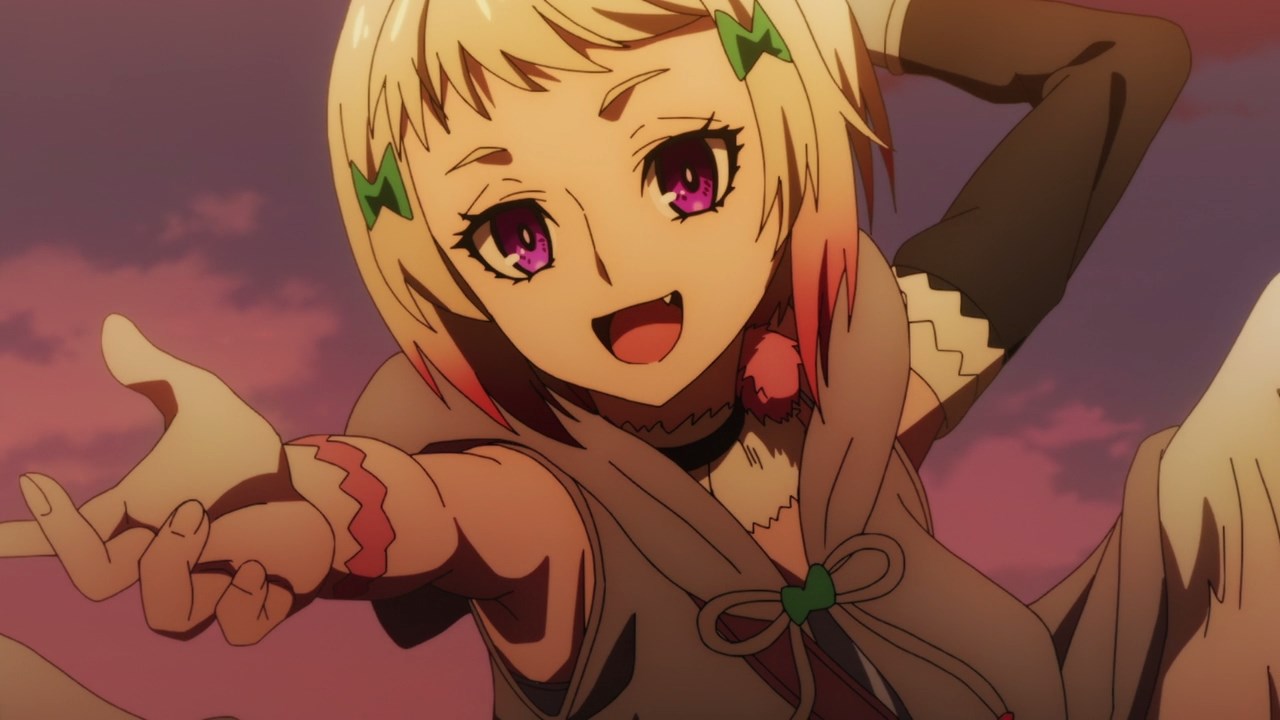 Speaking of dragons, Schlain’s pet dragon Feirune has gained another form in which she becomes a human. Man, I feel that a certain spider is jealous because a former bully got a human form. 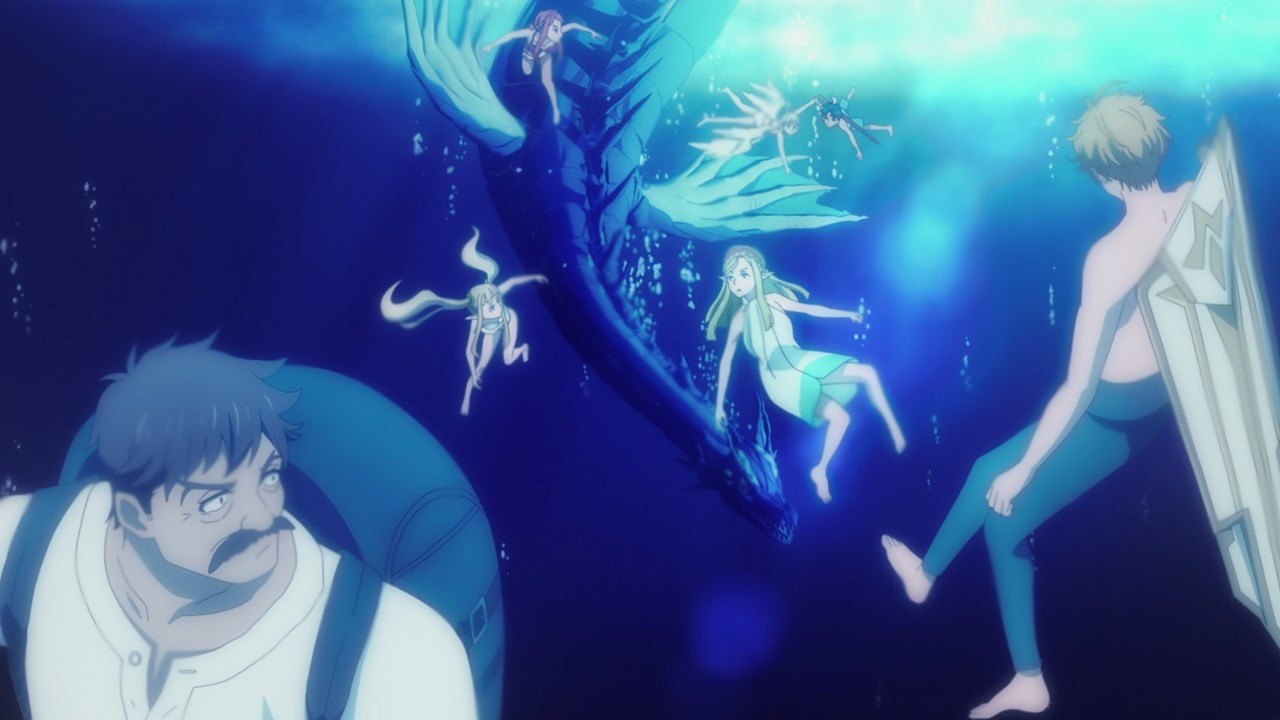 Anyways, it’s time to find the entrance as Schlain and his friends dive into the ocean, only to find out that the water dragon has finally arrived to decimate everyone. 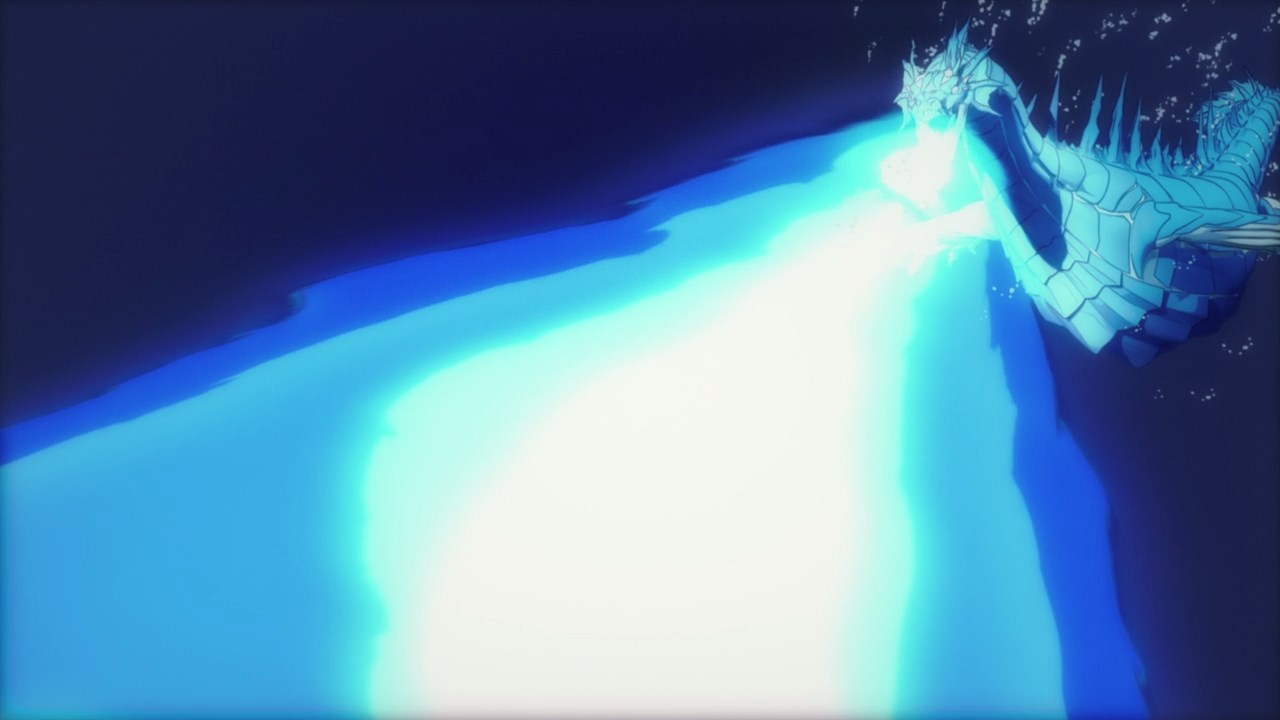 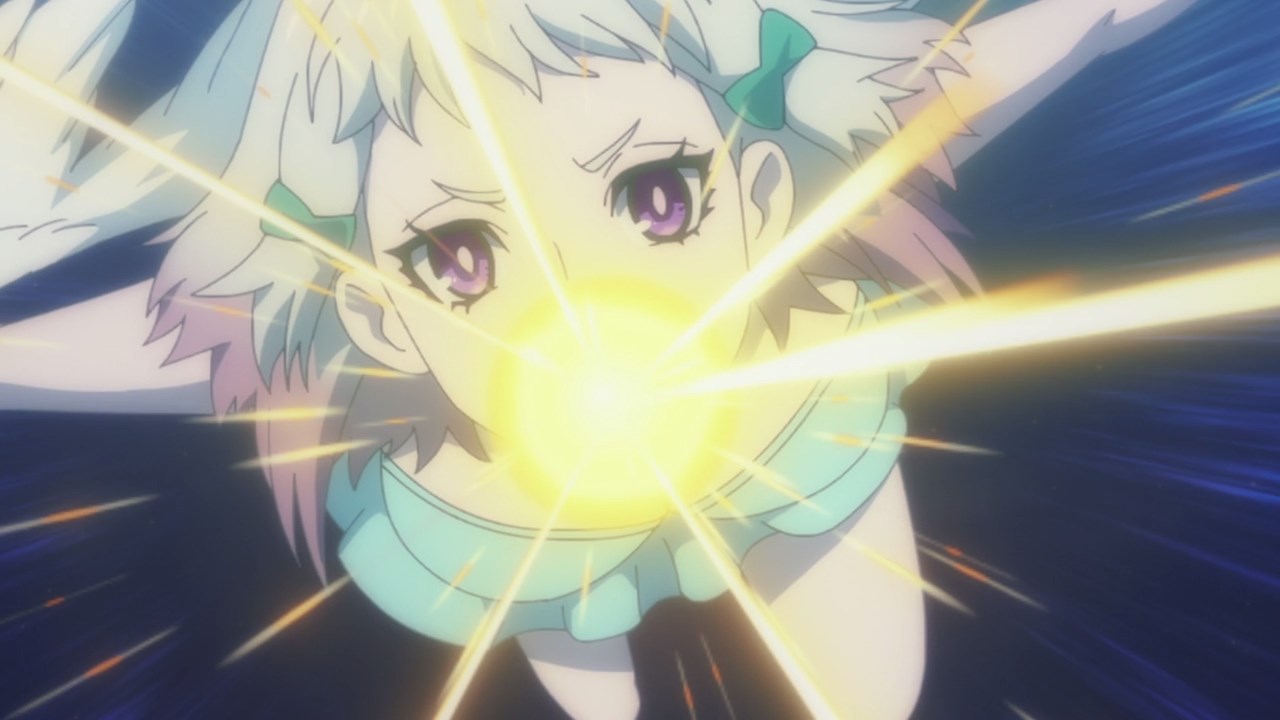 Fortunately, despite being a humanoid, Feirune can fire her light beam breath towards the water dragon. 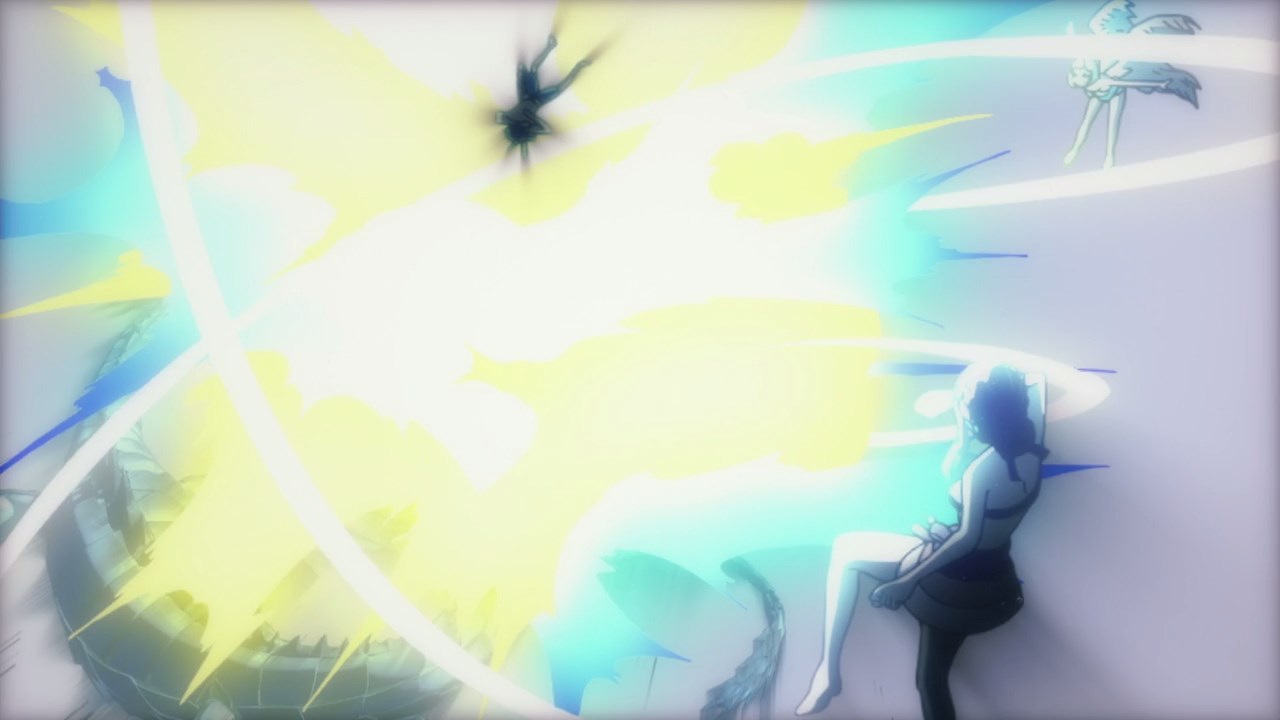 With that said, Feirune managed to save Schlain Zagan Analeit from being annihilated by a water dragon. Of course, that’s just the beginning of their ordeal. 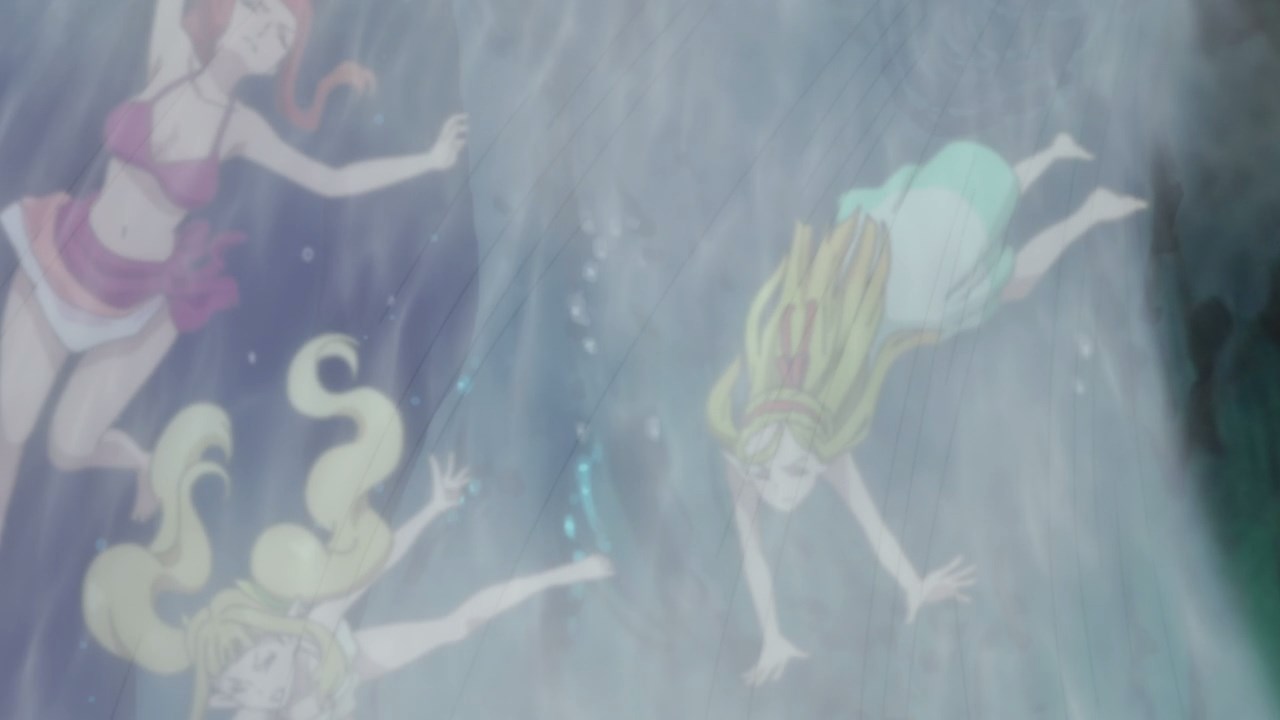 Anyways, they found the passage that leads to the Great Elroe Labyrinth, although Schlain and the rest are being swept by a current which leads them to a hard and painful landing. 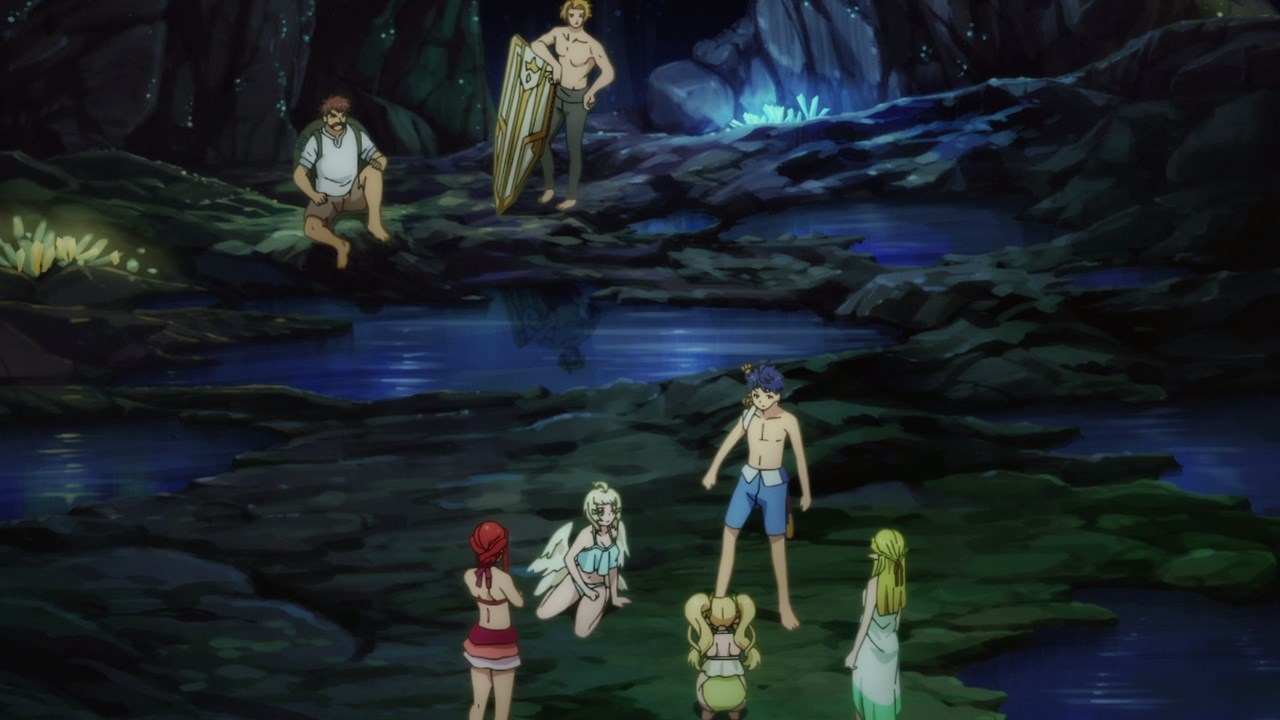 Now that they’re inside the labyrinth, it’s time for the hero and his party to hunt monsters and find the exit. However, that would be saved for another episode. 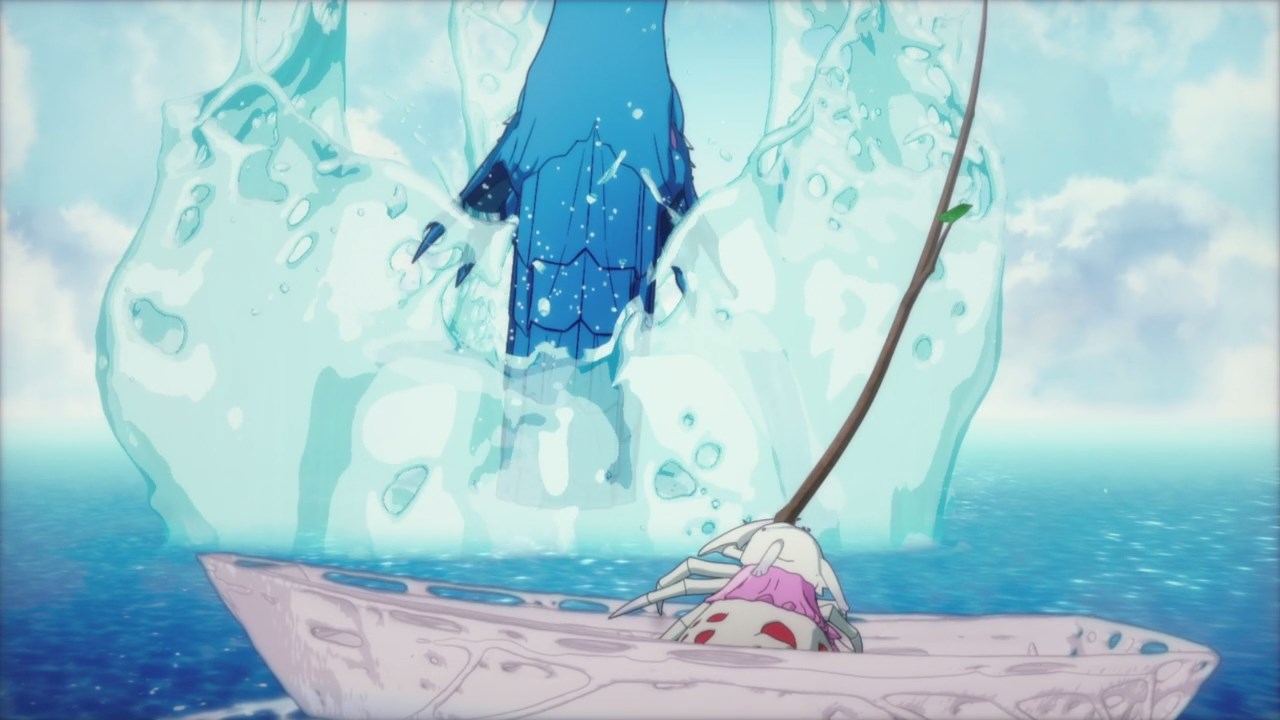 For now, let’s return to the past where Ms. Spider is hunting down monsters in order to gain experience.

But let’s start with the water dragon as Ms. Spider managed to reel in this dragon. 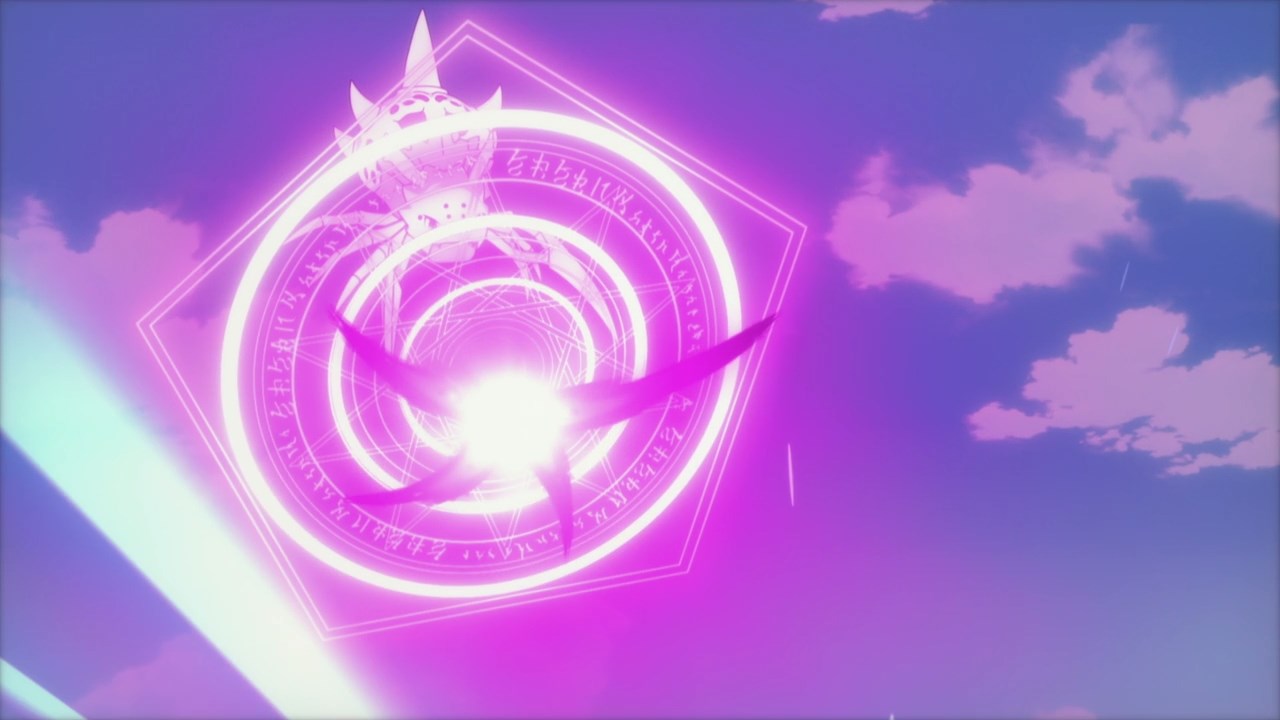 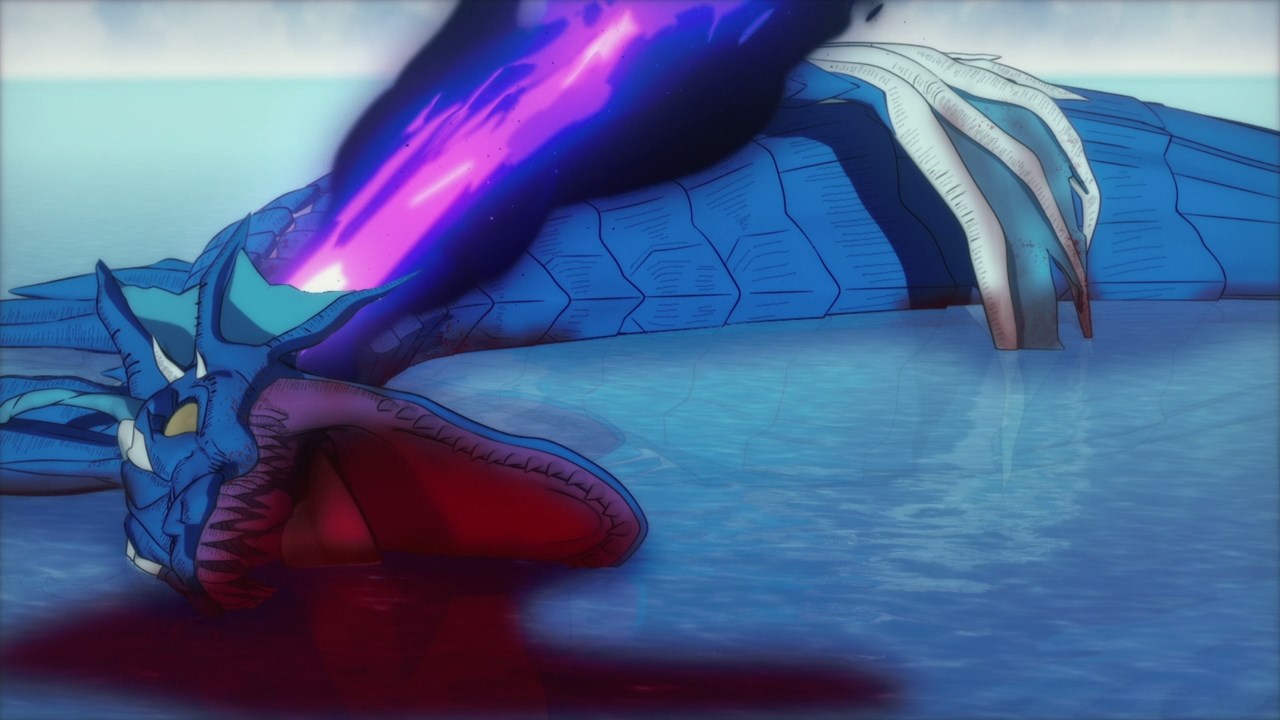 Of course, unlike both Araba and Rend, Ms. Spider took out the water dragon easily with just her dark magic. Still, she gained some experience upon beating the dragon. 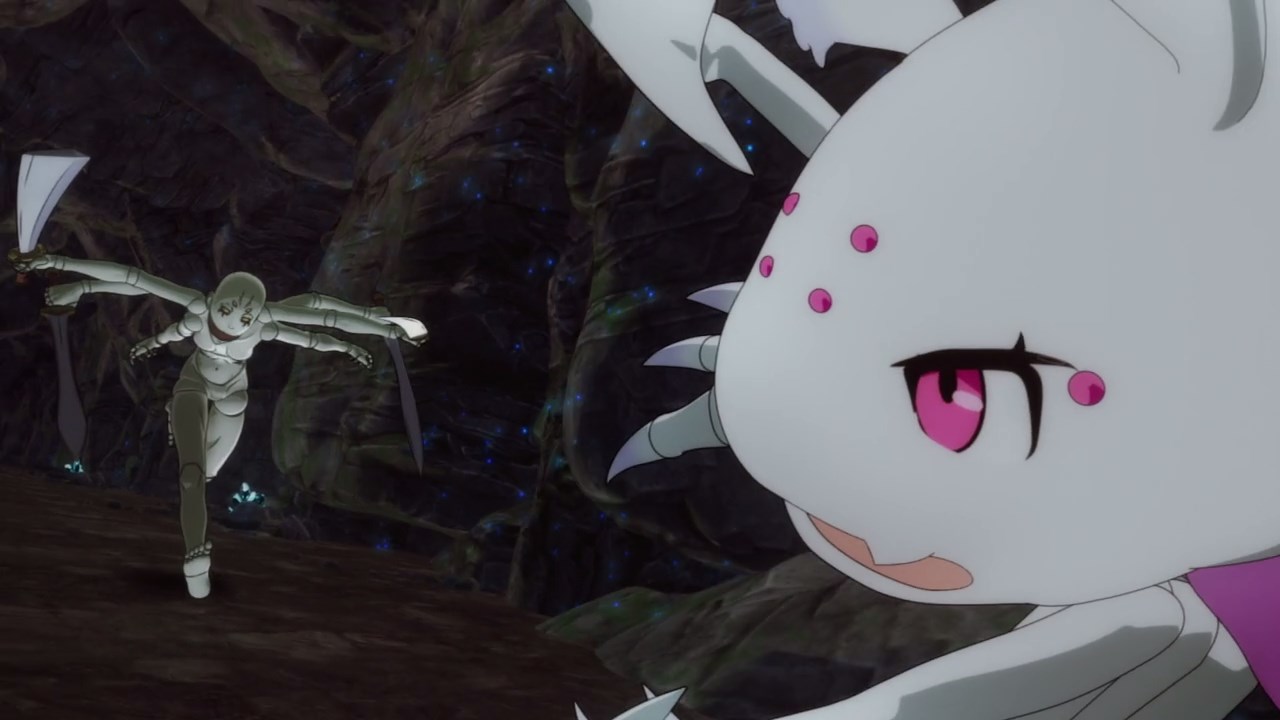 Now then, it’s time to take out the mannequin spider where Ms. Spider is feeling the pain when dealing with this creepy monster, especially when the Puppet Taratect is equipped with so many swords. 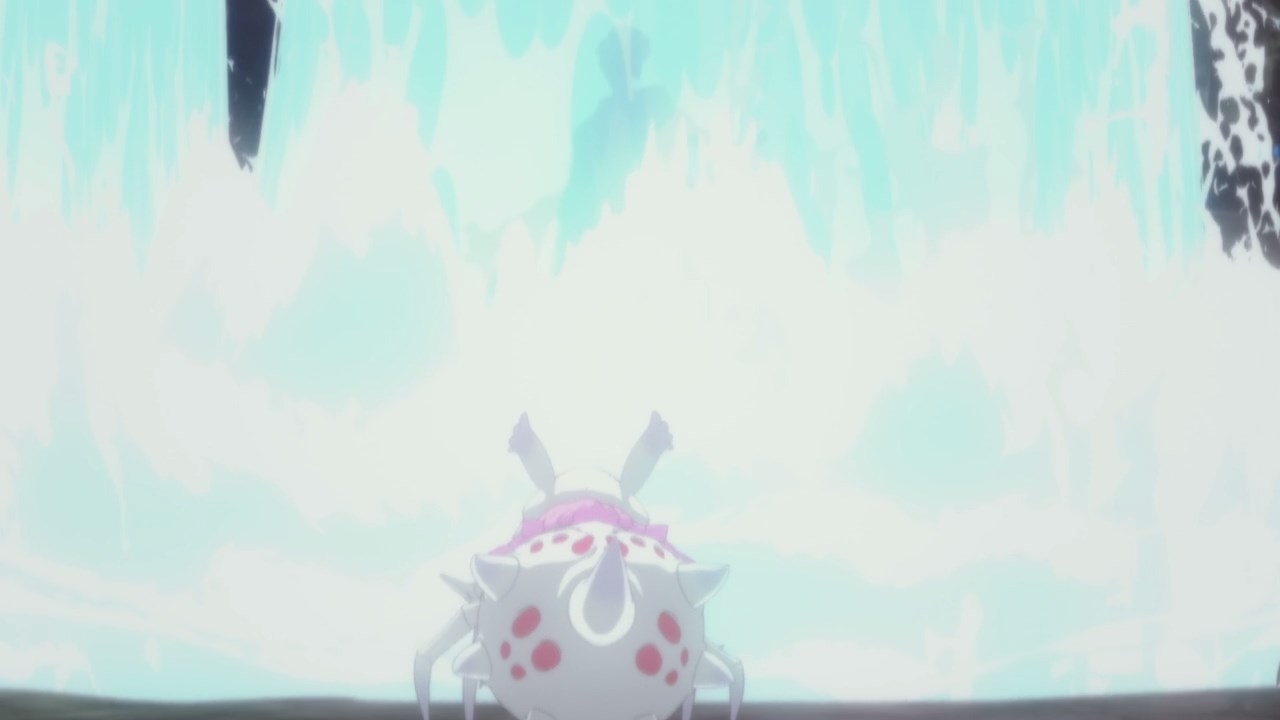 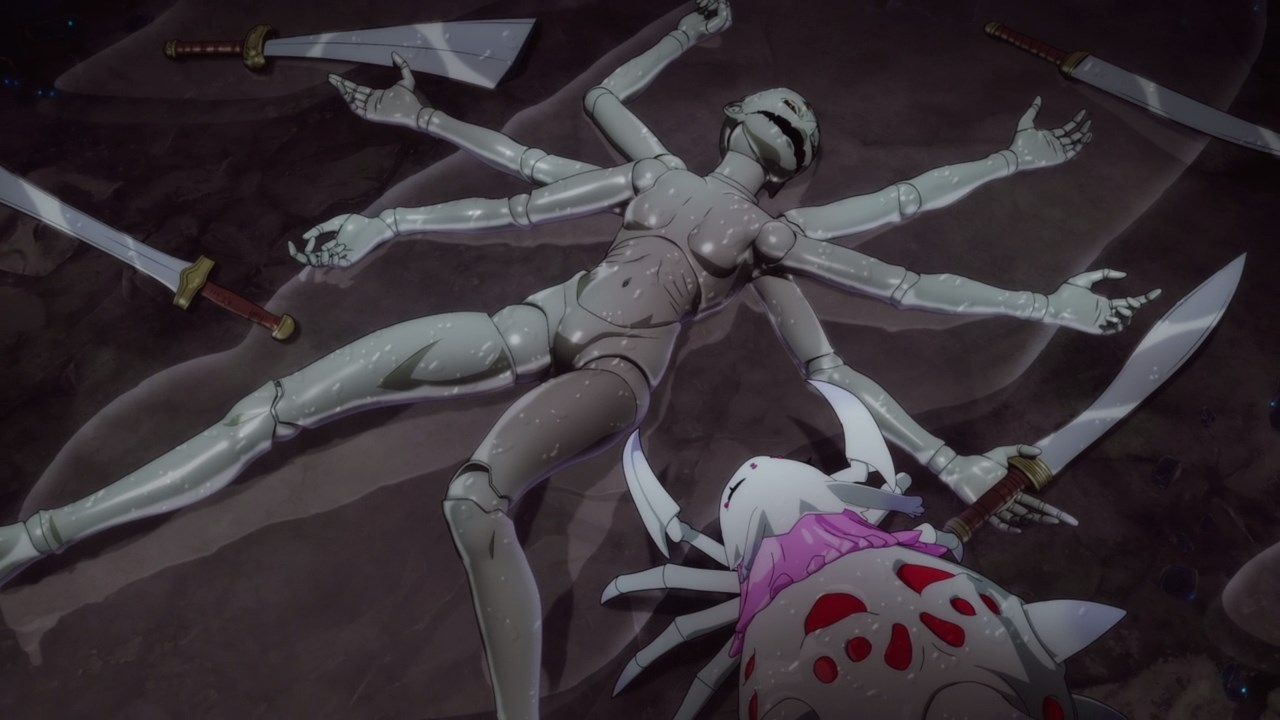 That’s until Ms. Spider used teleport magic where she bring salt water to wash this Puppet Taratect away. And man, it did work as this creepy mannequin is defeated.

Looks like Ms. Spider is ready to take on the Queen Taratect now that she gained lots of experience. 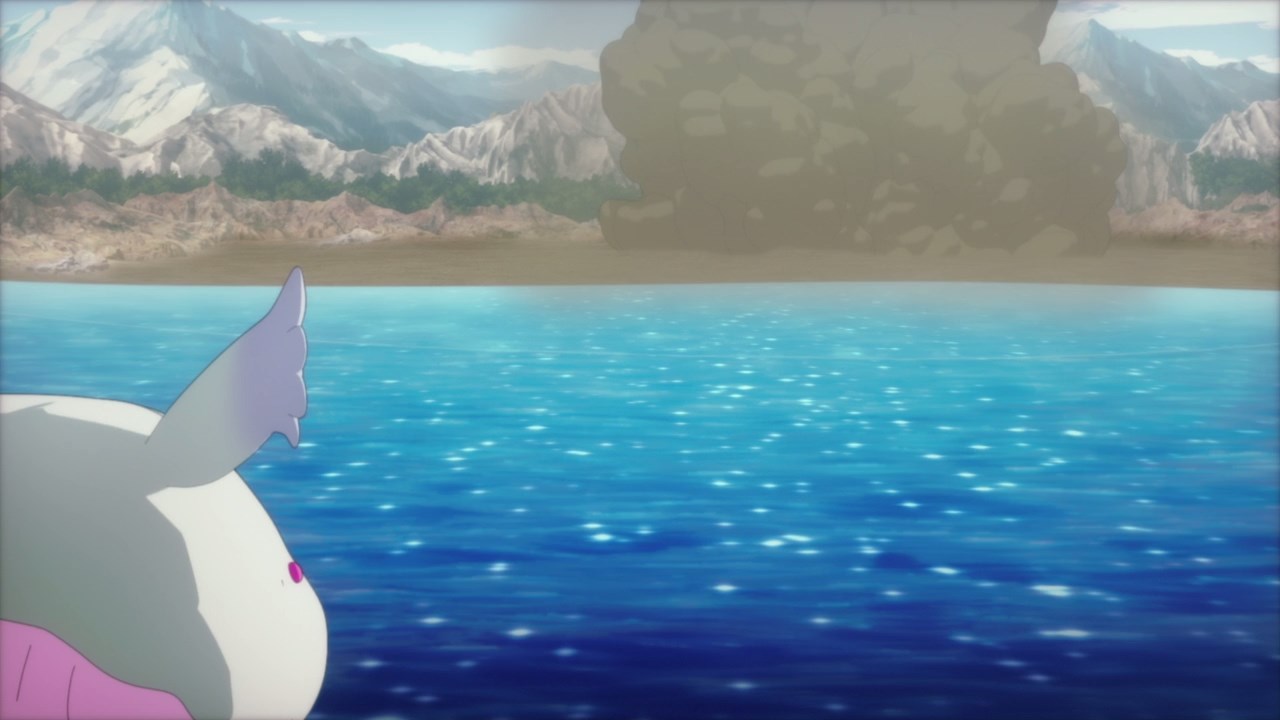 Unfortunately, Ms. Spider will encounter something that’s ominously dangerous. No, it’s not the Queen Taratect by the way… 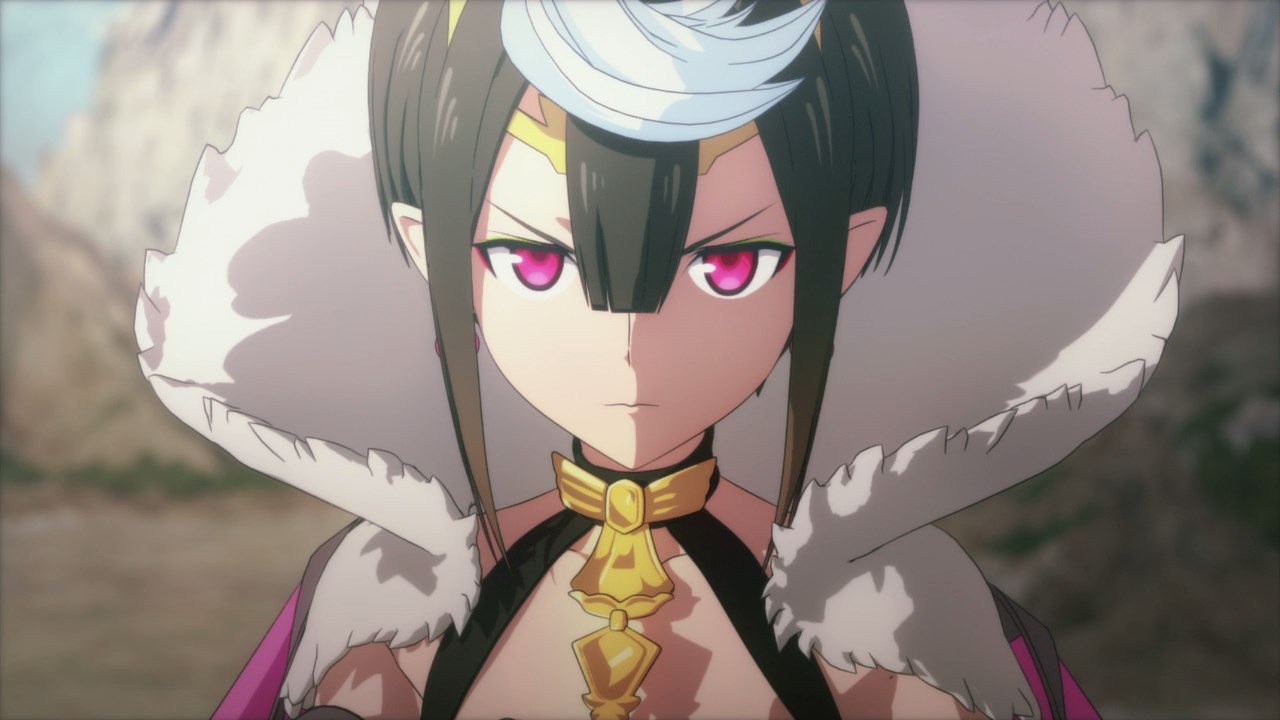 Rather, it’s the demon lord named Ariel where she sees Ms. Spider as a threat to her reign.

Oh, and Ariel pushed the spider-destruct button on Ms. Spider which spilled lots of Zana Horowa. Had Ms. Spider didn’t gained immortality, she’ll be dead both permanently and instantly.

Well then, looks like Ms. Spider will have to gain more experience in order to beat the demon lord on the next episode. But first, she needs to find a new body.