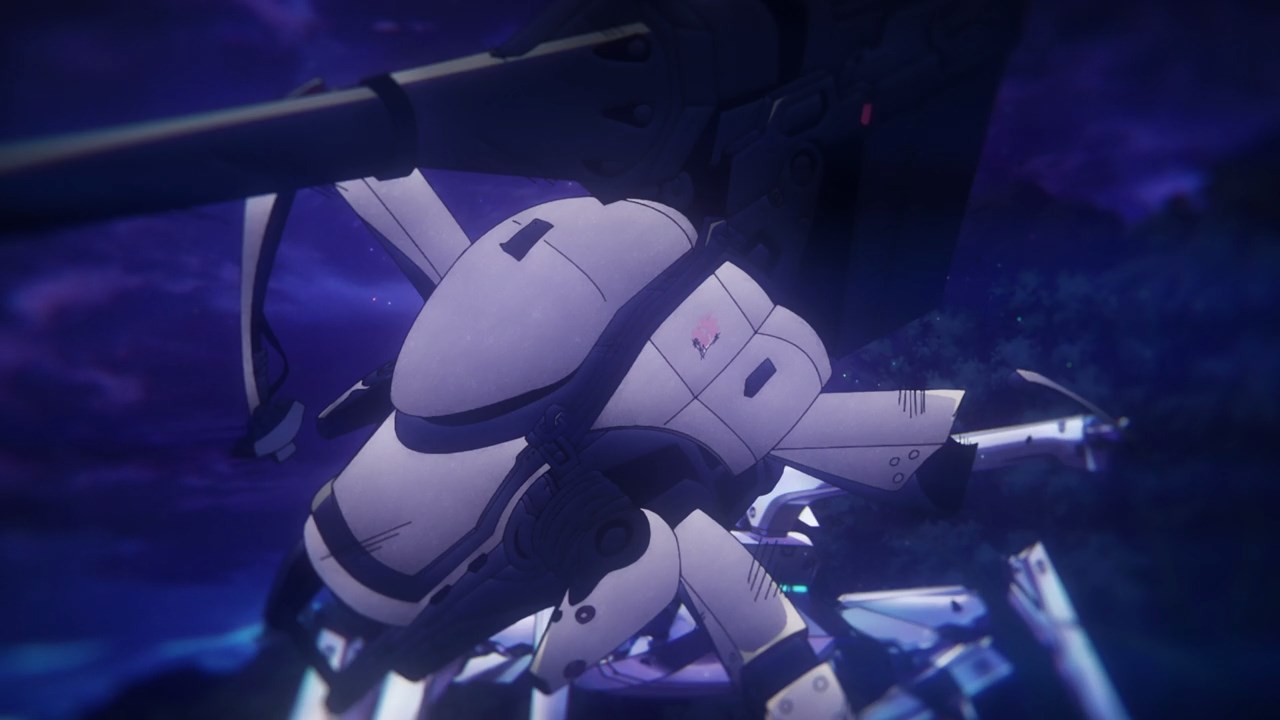 This is how it happened to Kaie “Kirschblute” Taniya’s Juggernaut as she was tipped over by a Löwe-type Legion which led to her death. 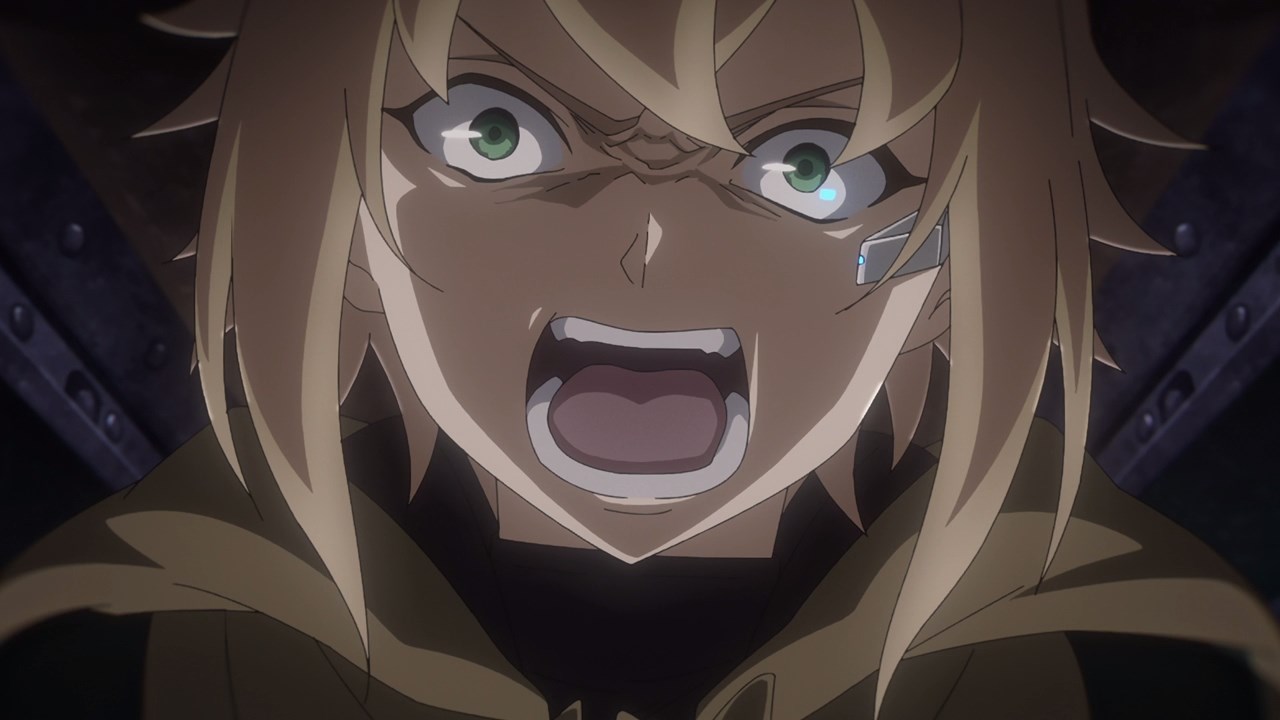 Of course, there’s Theoto “Laughing Fox” Rikka where he lashed out at Handler One for acting all saintly, despite the fact that Major Vladilena Milizé and the rest of her fellow handlers treats all Processors as expendables in order to defend a failing republic. 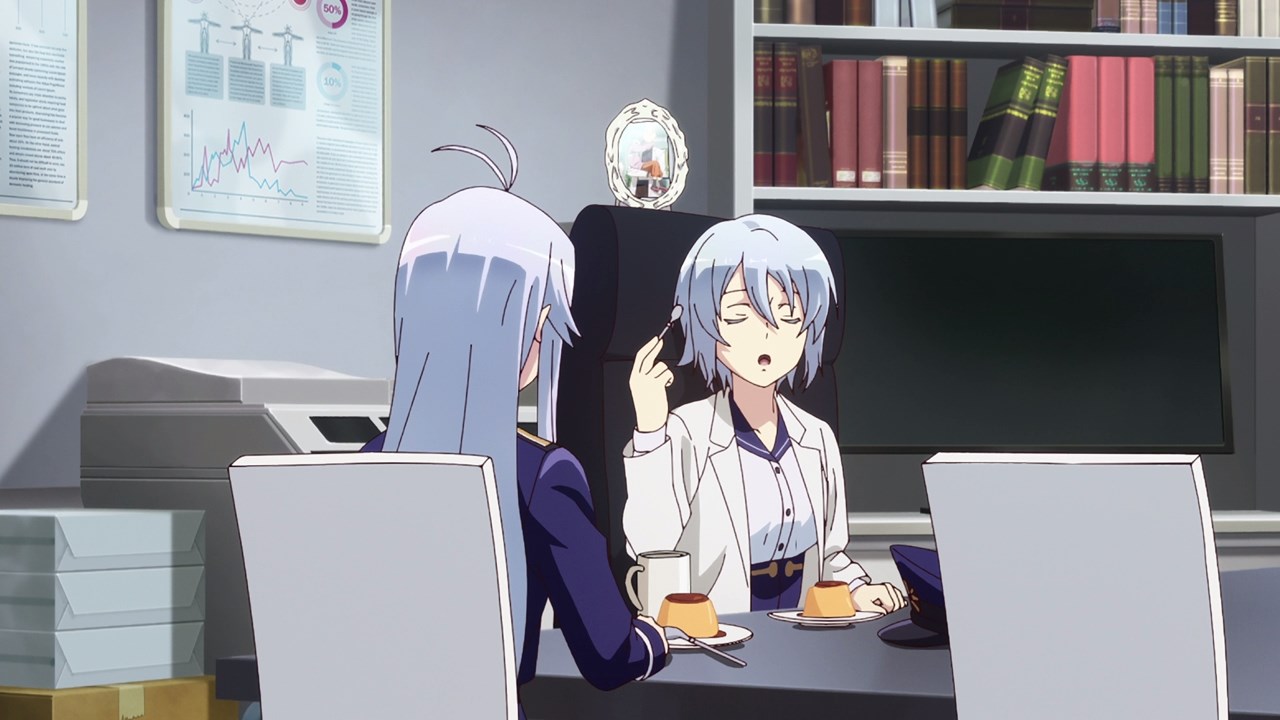 Now then, here’s Henrietta Penrose telling Vladilena Milizé to quit her job as a Handler and join her laboratory as an assistant. Considering her nature, Ms. Penrose felt that Lena Milizé was too soft to be a Handler.

Unfortunately, Major Milizé will continue her job because she really cares about the Spearhead Squadron. Seriously though, why would she go to greater lengths on recognizing those Legion pilots as humans? 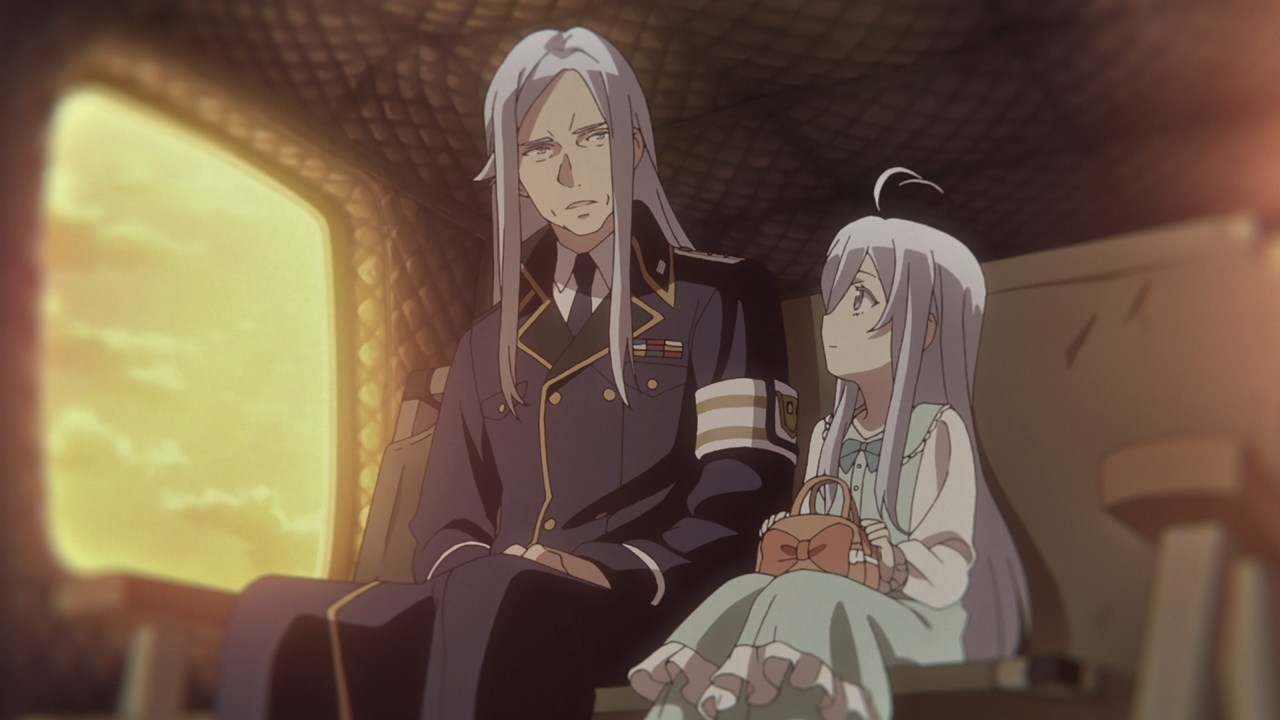 That’s because Major Milizé learned the awful truth about the infamous 86th district when Lena’s father Vaclav took her to the battlefield. 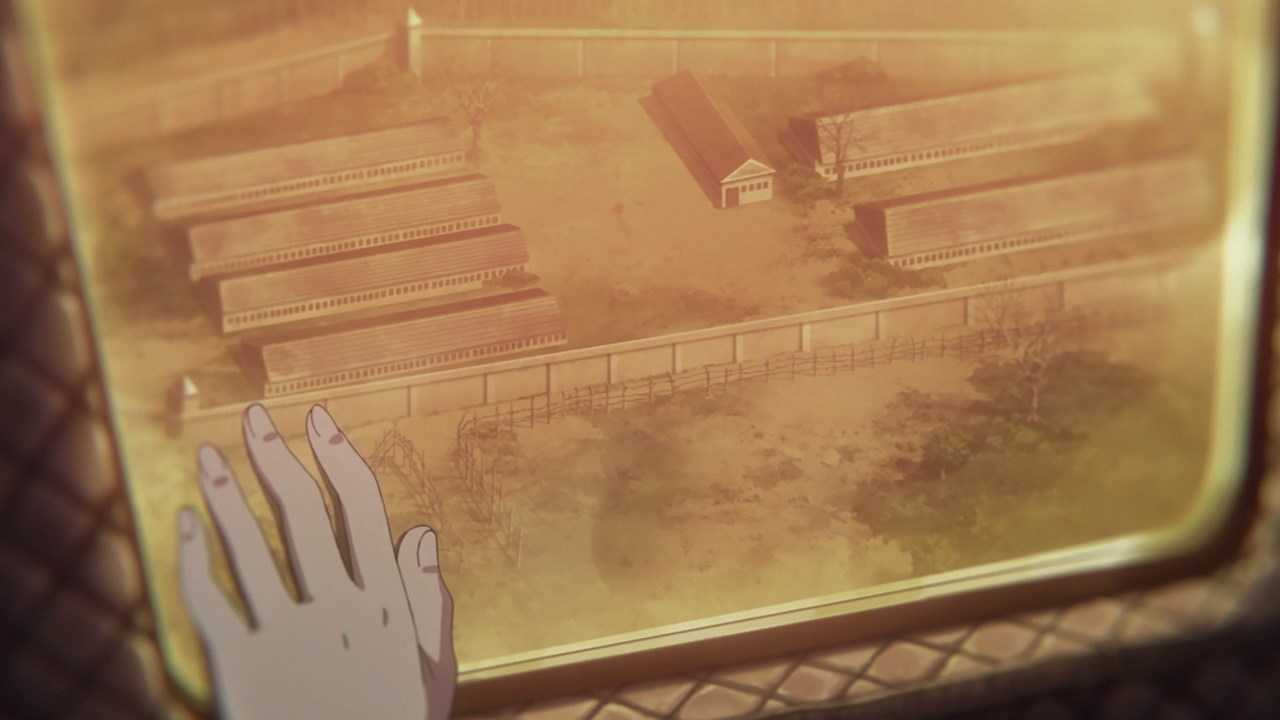 But as you can see, Lena saw the barracks where non-Albans reside there, although it looks like a prison to the surviving Processors who are forced to fight the Giad Empire everyday. 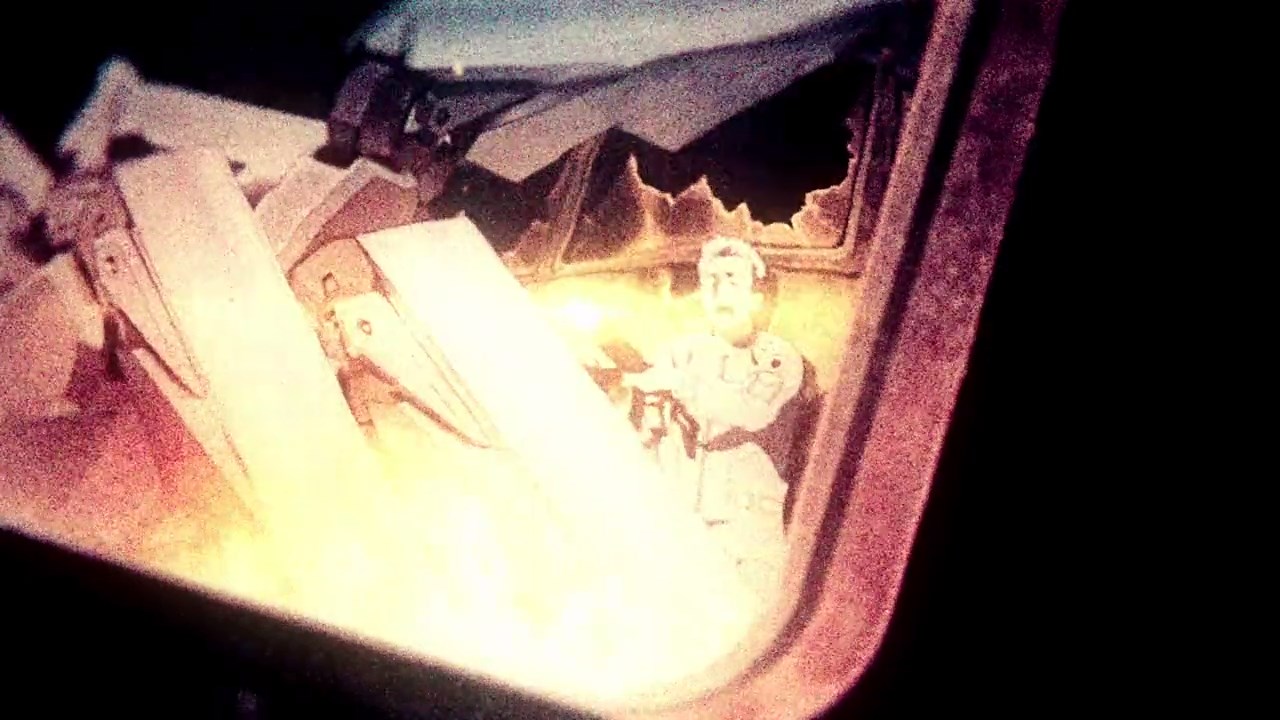 Speaking of Lena Milizé, she almost died when a Giad Legion attacked the helicopter which killed her father and the rest of the crew. 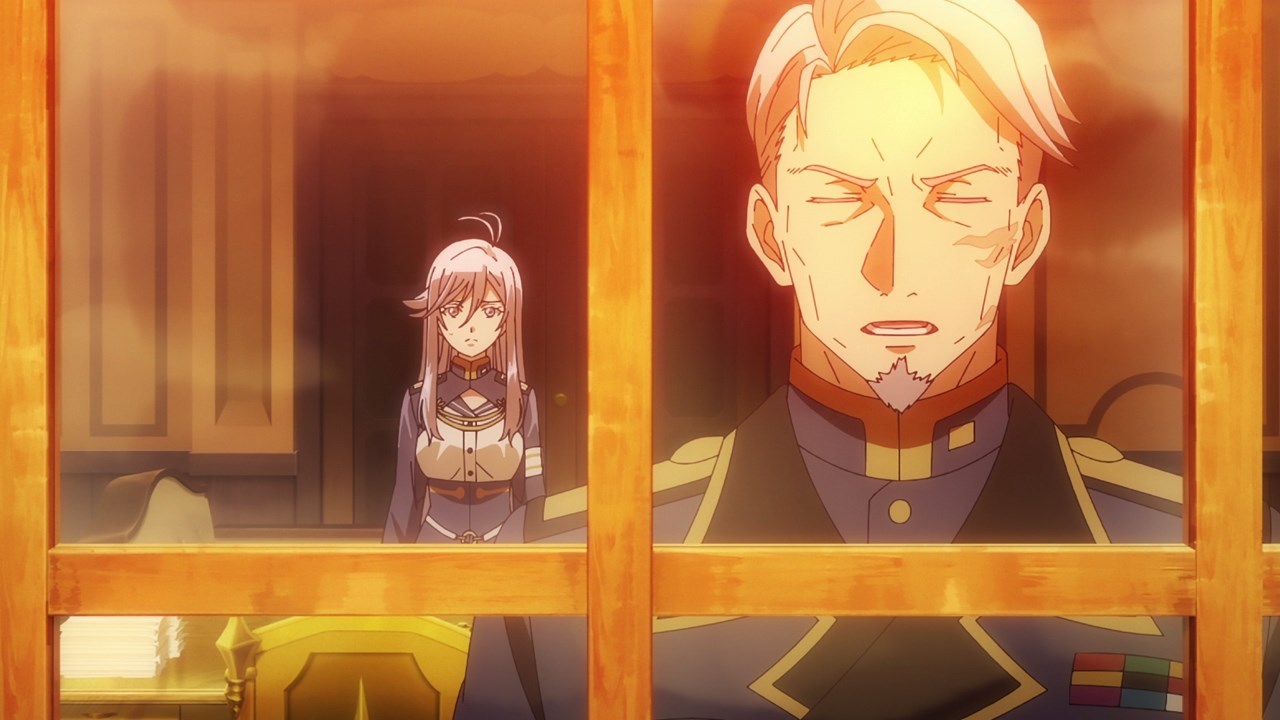 Now then, here’s Jerome Karlstahl where he told Lena Milizé about his father. Despite having ideals of human rights among Eighty-Sixes, Commodore Karlstahl felt that Vaclav was a naïve soldier where his ideals will be largely ignored.

And much like Henrietta Penrose, Jerome Karlstahl told Vladilena Milizé to quit the military before it’s too late. Unfortunately for the commodore, Major Milizé still persists on continuing her father’s legacy. 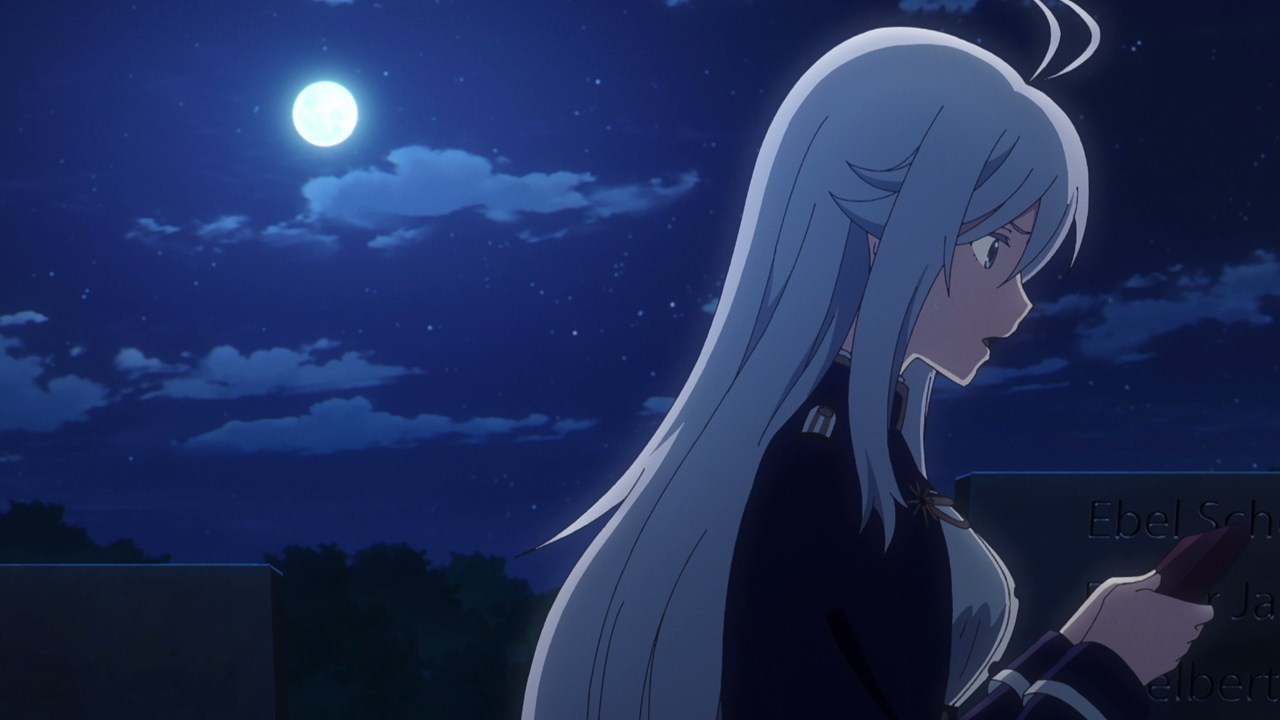 Anyways, Major Lena Milizé contacted the Spearhead Squadron where she wants to know more about them, although Shinei Nouzen and the rest still don’t trust her simply because she’s a Handler who send the Processors to their deaths.

By the way, the major wants to know how many casualties from the 86th District as well as their real names. Then again, Shin telling about the former is a bit touchy since they recently lose Kirschblute. 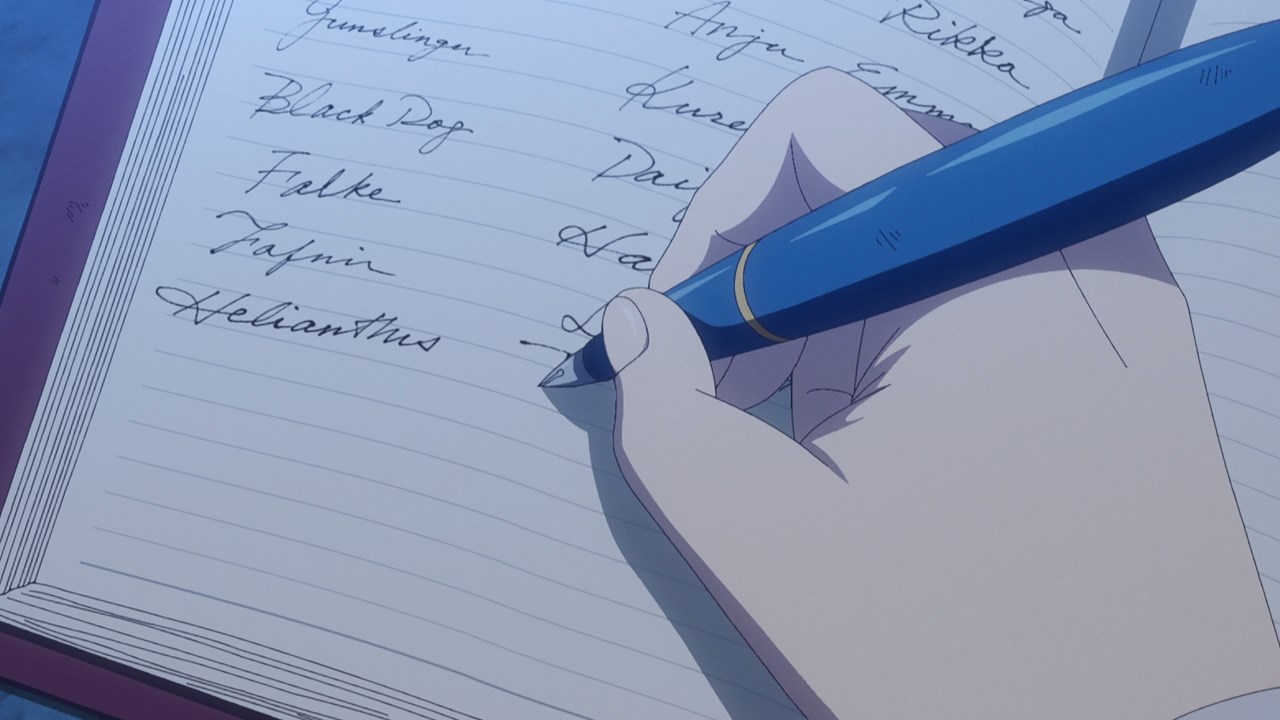 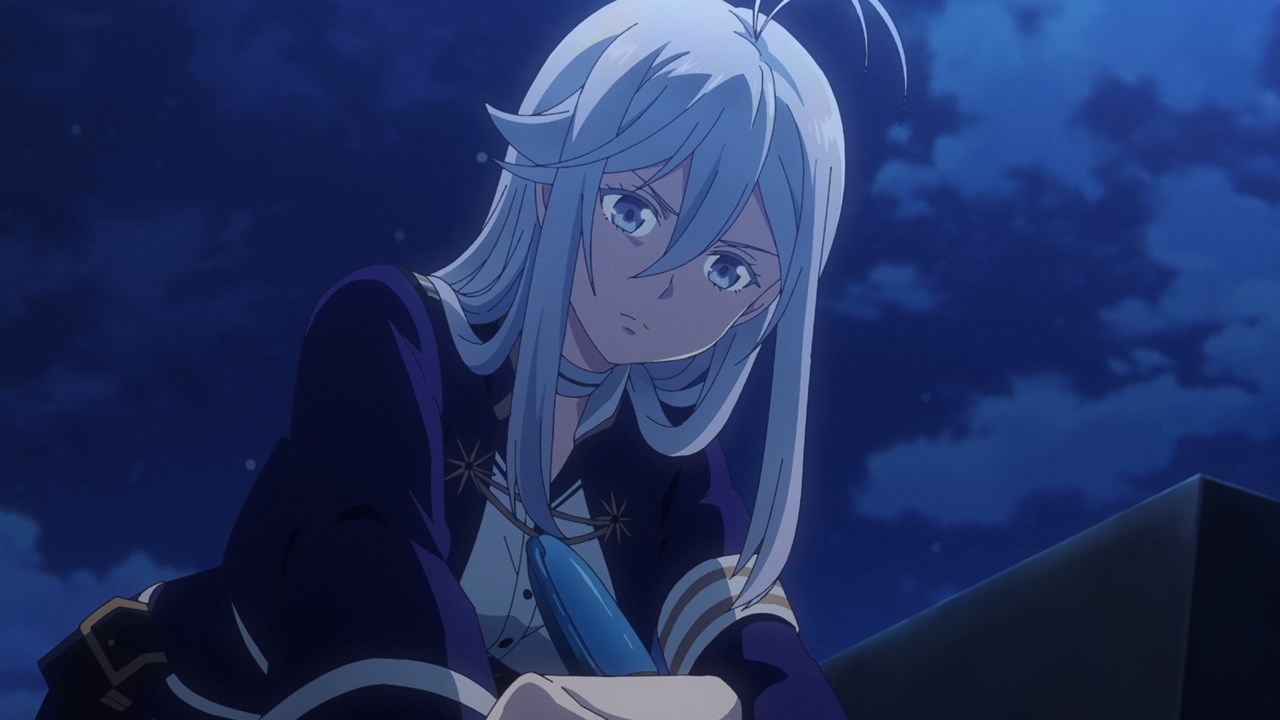 With that said, the Undertaker told the real names of his squadron as Major Milizé wrote it down on her notebook. At this point, there’s no turning back now as she gets closer and closer to the Spearhead Squadron.

Oh yeah, as for the number of casualties, 561 Processors have died in the war and it’s still counting. 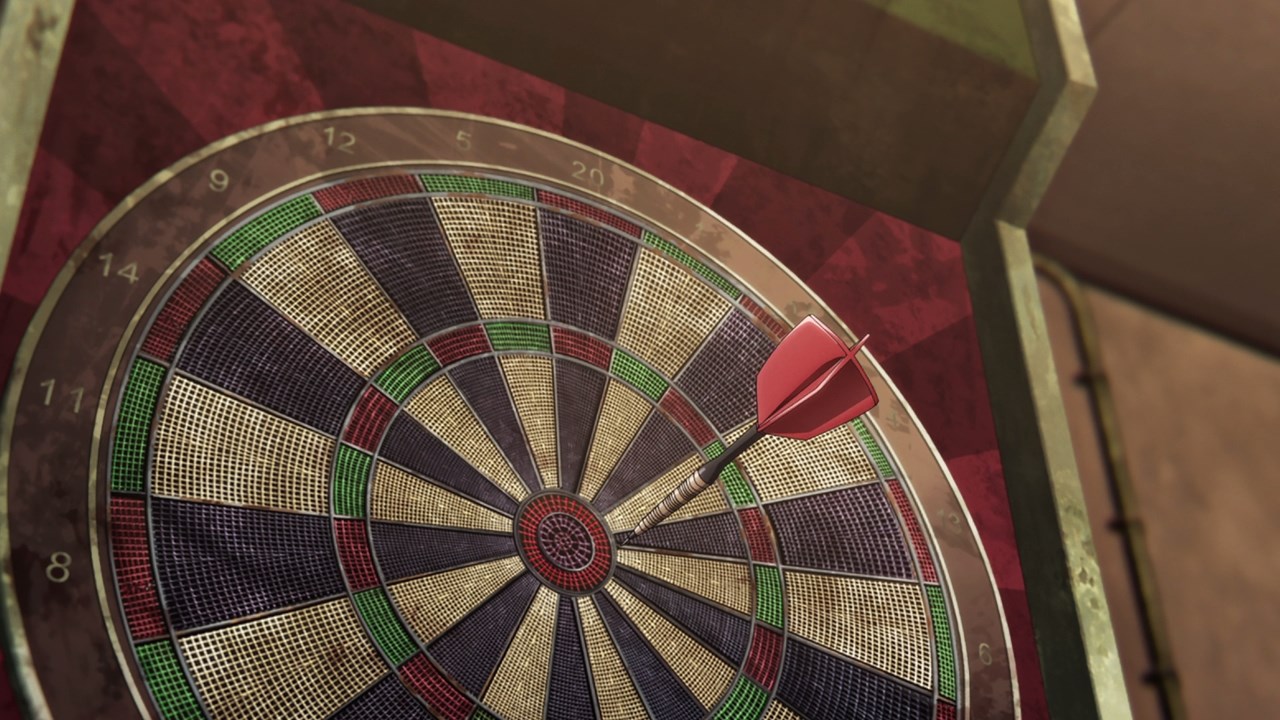 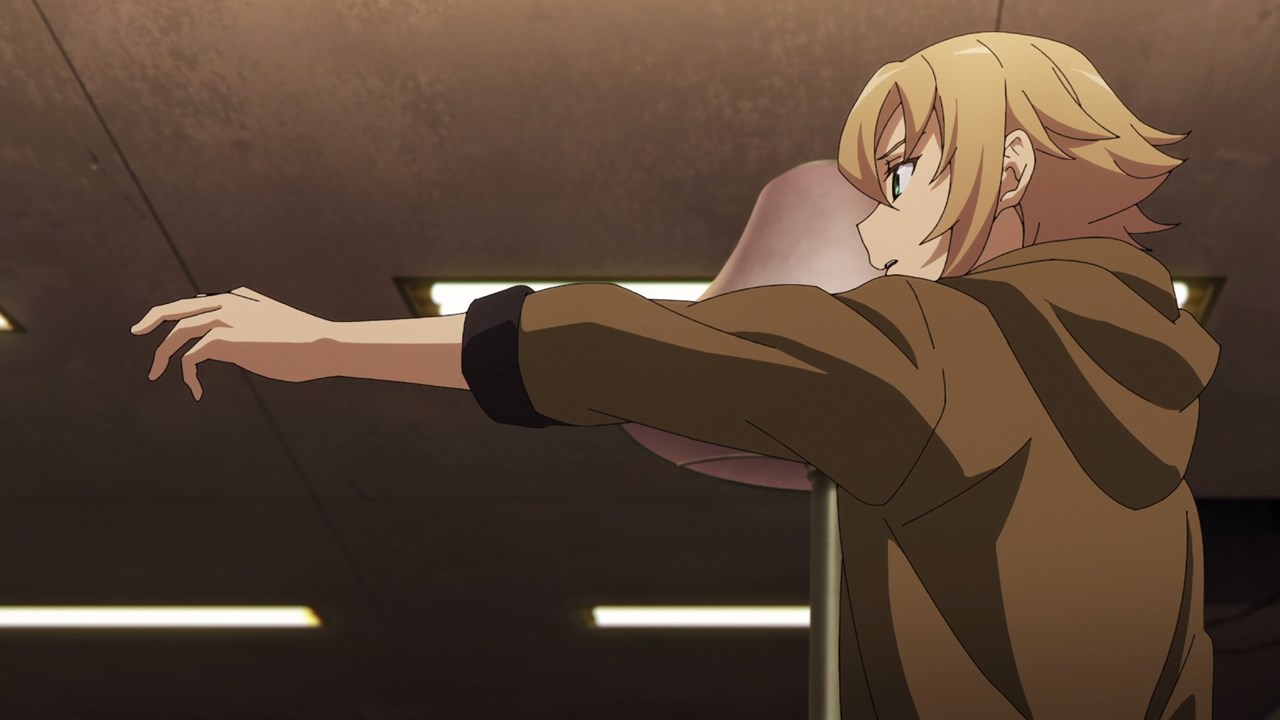 By the way, here’s an interesting story regarding Theoto Rikka as the reason why he got the callsign Laughing Fox is because there’s an Alban commander named Fox who decides to fight alongside Eighty-Sixes in the battlefield rather than commanding them at the comfort of his cubicle.

All I could say is that I wish the Alban majority will emulate the Fox commander, but it’s too late to change their mind. 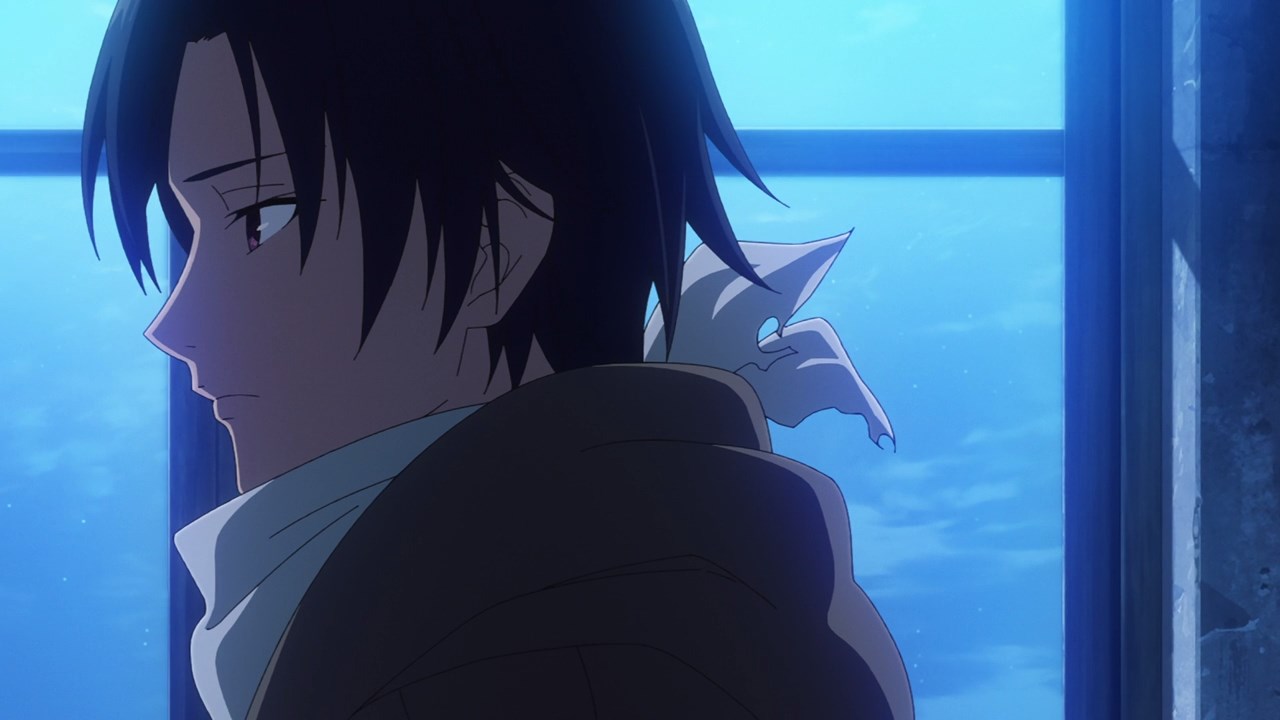 One last thing, I would like to point out that Shin has a brother named Shourei Nouzen as Lena Milizé mentioned it upon hearing the Nouzen family name. 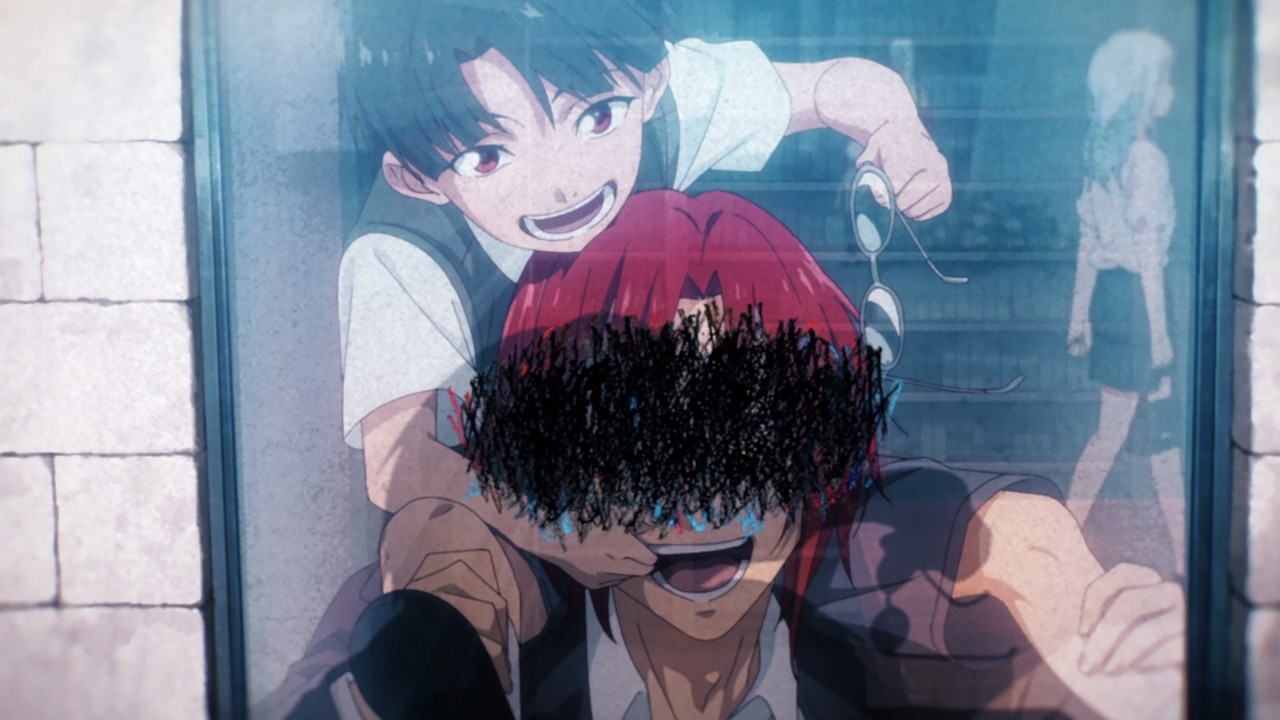 Honestly, I’m surprised that Shinei has a family, although the current status of them are unknown due to the fact that San Magnolia kept those records hidden to the public. 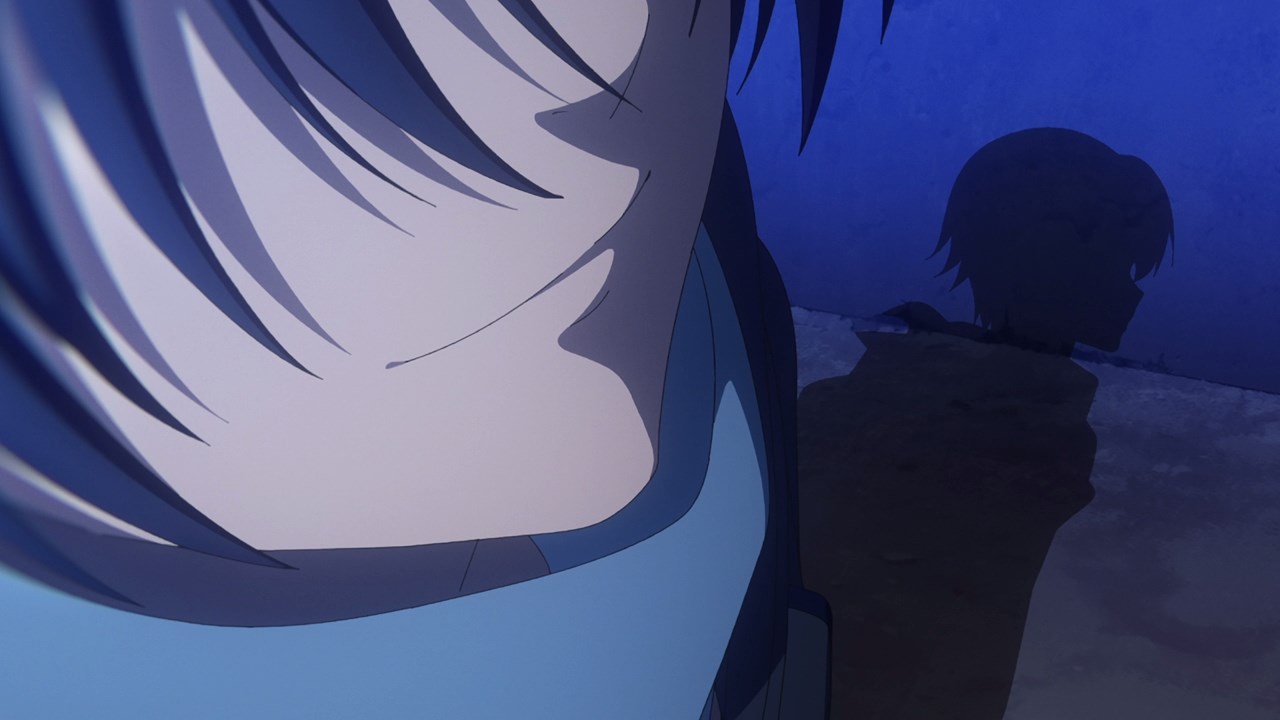 However, upon seeing Shin’s smile, I have to say that he did something terrible to his own brother. God, I’m really scared towards the Undertaker now!

Anyways, I wonder when will this war end between Giad and San Magnolia? But even if the war has ended, there will be another trouble ahead. With that said, tune in next time where I hope that the Spearhead Squadron won’t suffer more casualties.