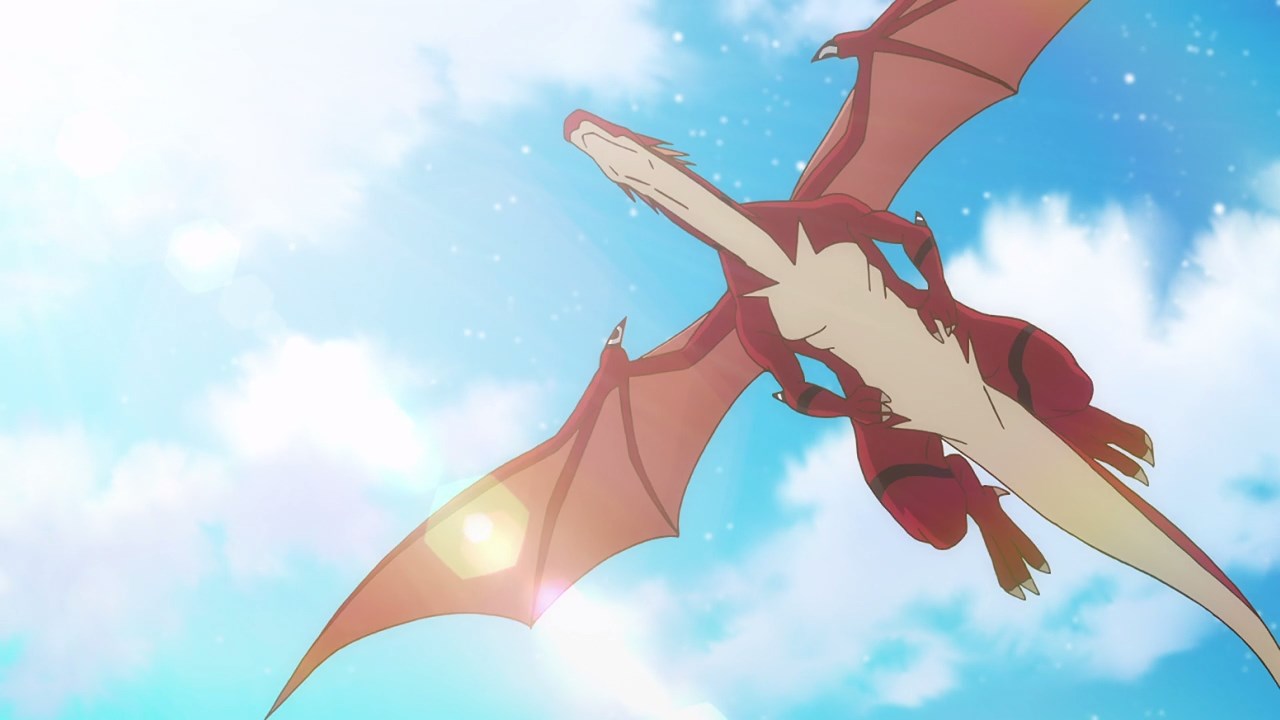 On this episode, Laika goes back to her hometown, leaving Azusa Aizawa and her family behind. Man, this is terrible! 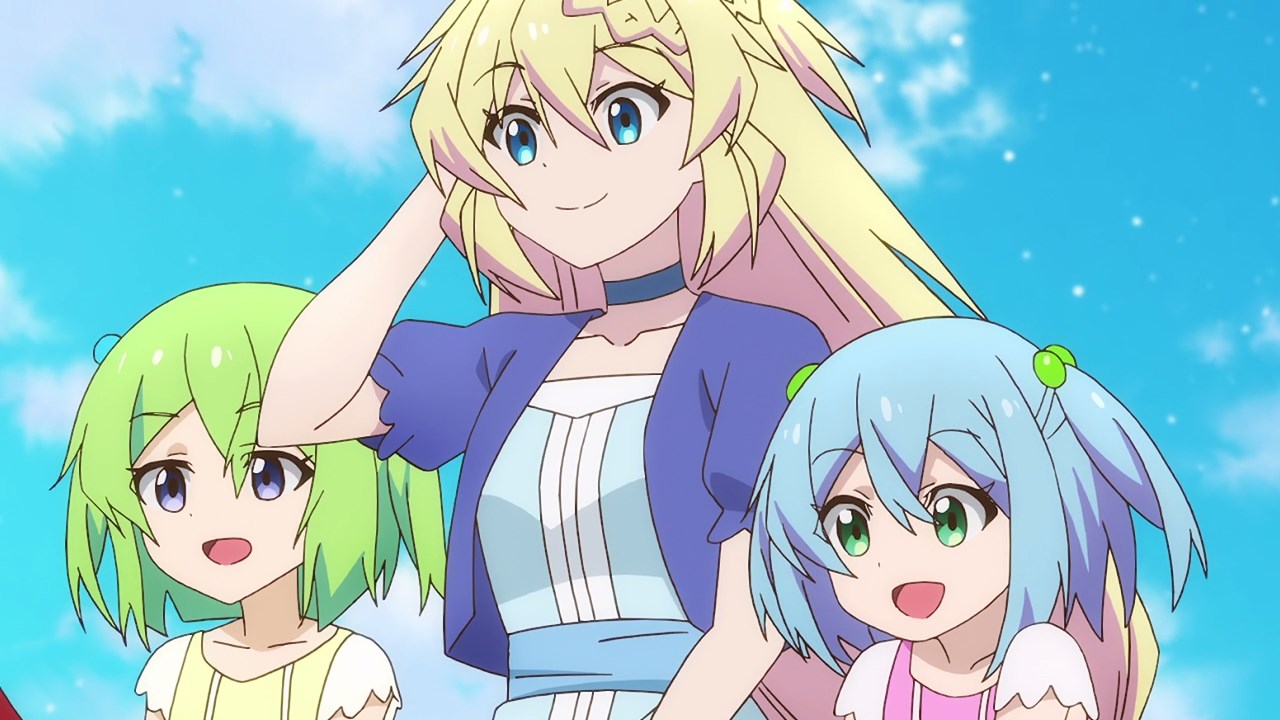 Actually, Laika decides to bring Azusa and her family to her hometown of Mt. Rokko where Laika’s sister Leila is getting married. By the way, where’s Halkara? 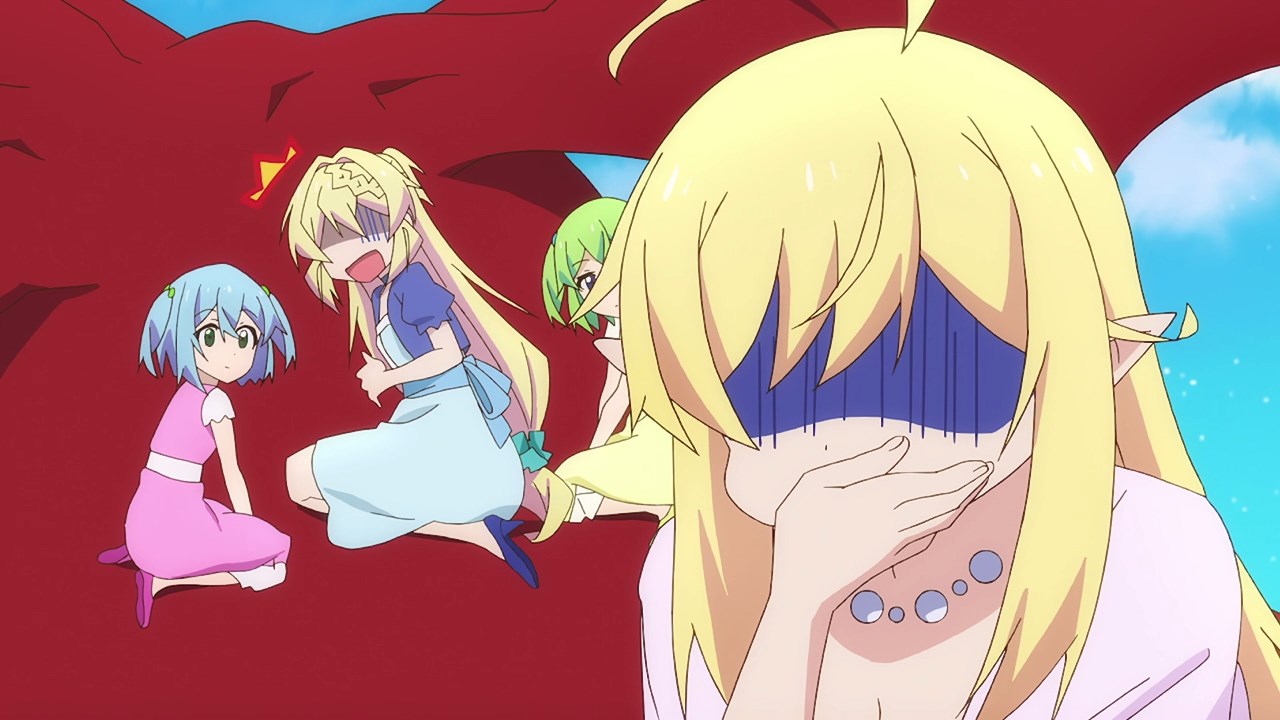 Oh, it appears that the elf is having motion sickness. Then again, it could be that Halkara drank too many liquors on her way to Mt. Rokko. 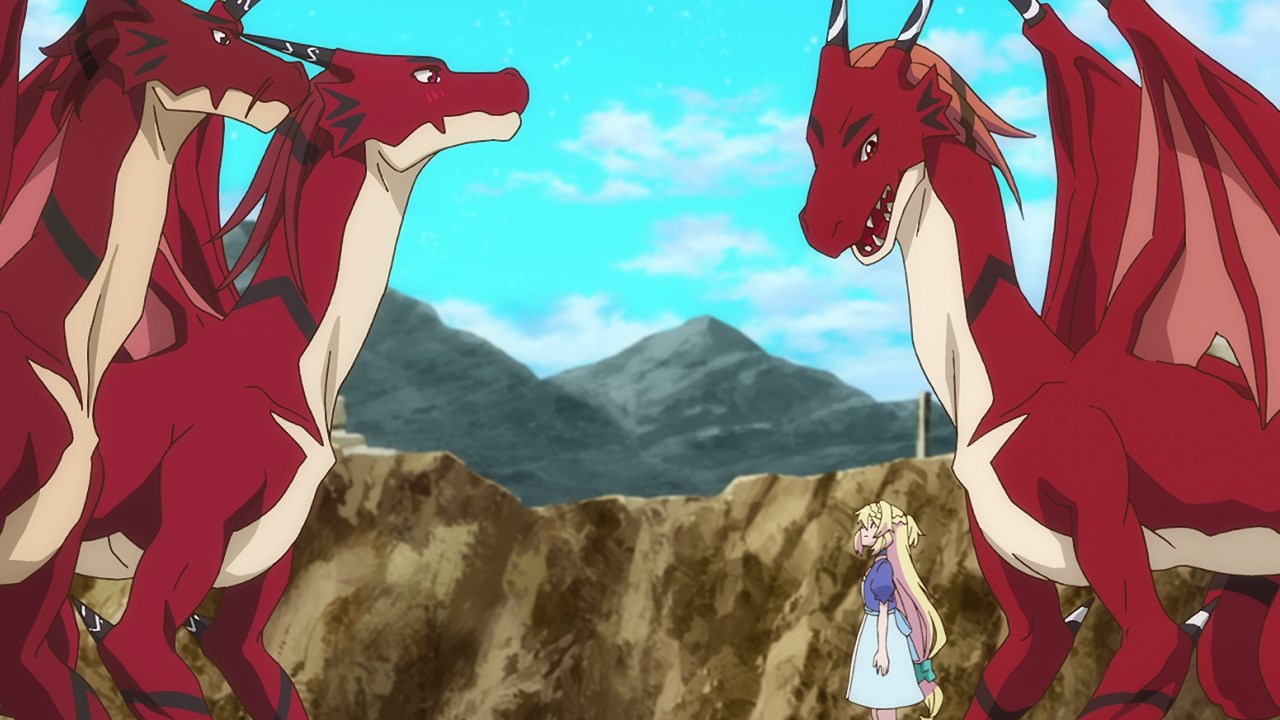 Anyways, they arrived at Mt. Rokko where Azusa and her family met Laika’s sister Leila as she’ll be married to her childhood friend.

While it’s nice that Leila and her groom will become a couple soon, I’m hoping that this wedding party won’t get crashed. 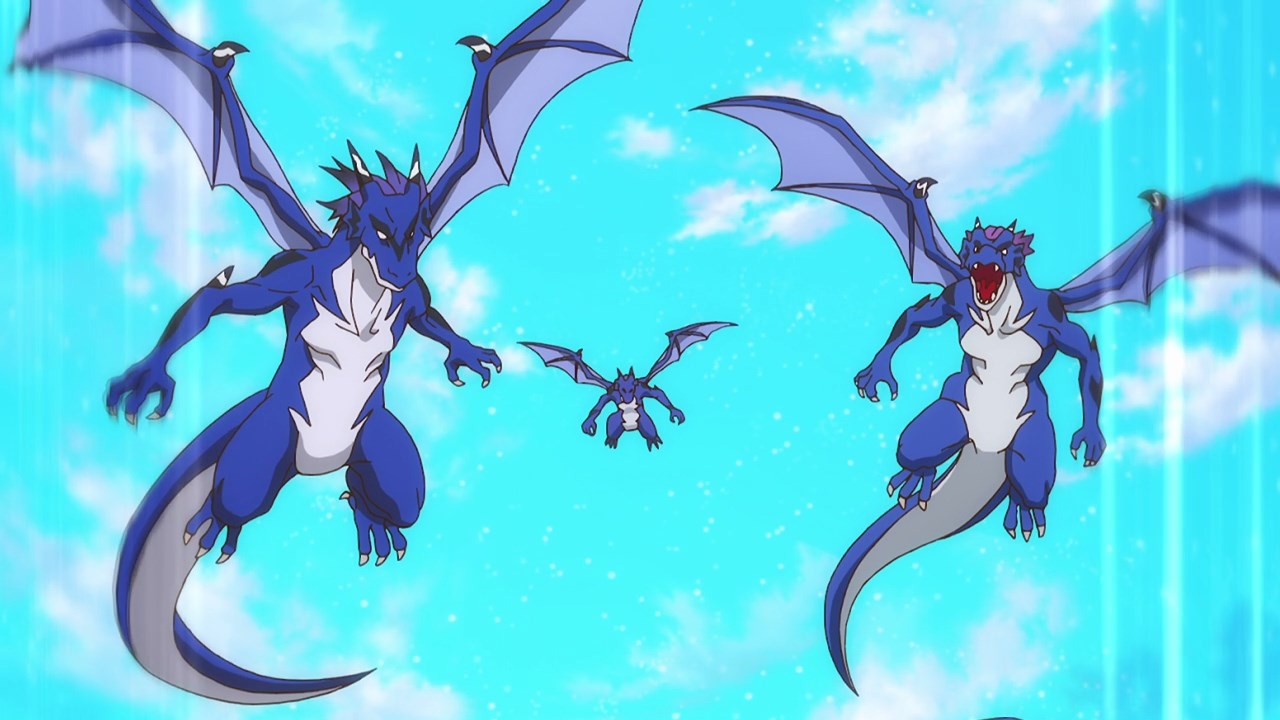 Oh I spoke too soon as the blue dragons have arrived to crash the party. And here’s the thing though as both the red and blue dragon clans are at odds with each other for centuries. 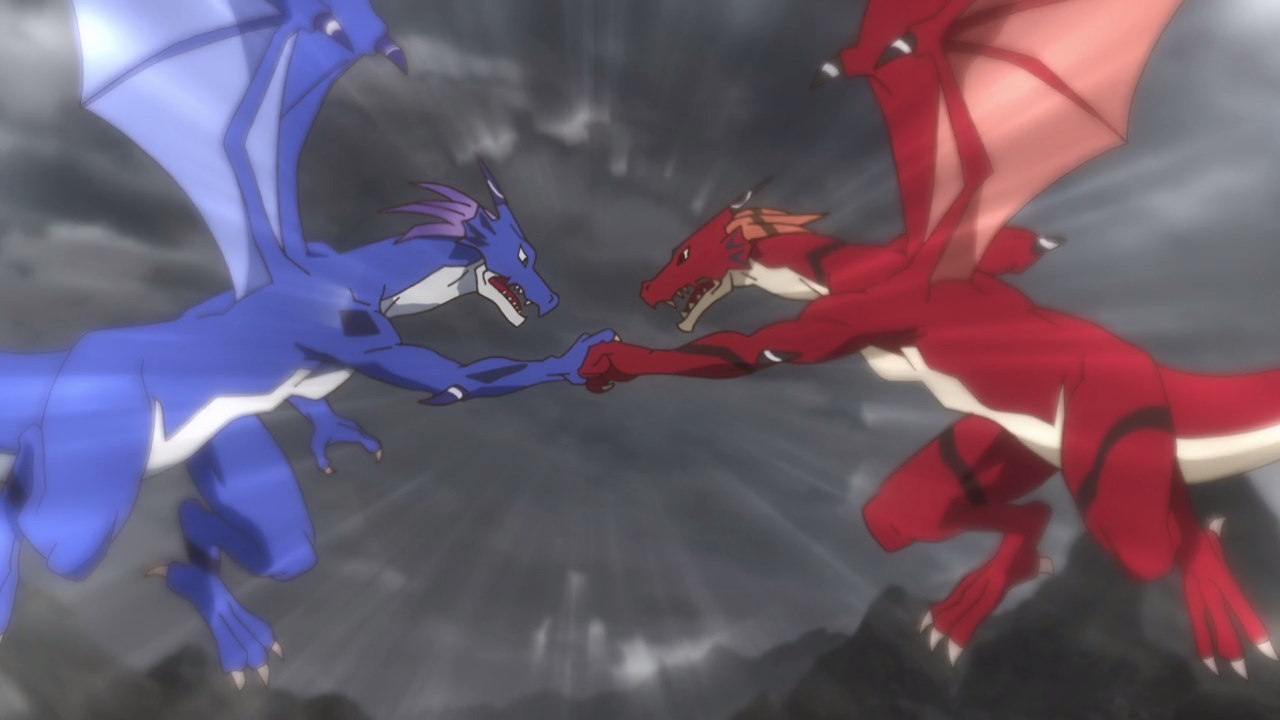 Well then, it’s time for the red dragon clan to fight back and defend this wedding party from being ruined.

Of course, the Witch of the Highlands and her family don’t want to get involved in this feud. 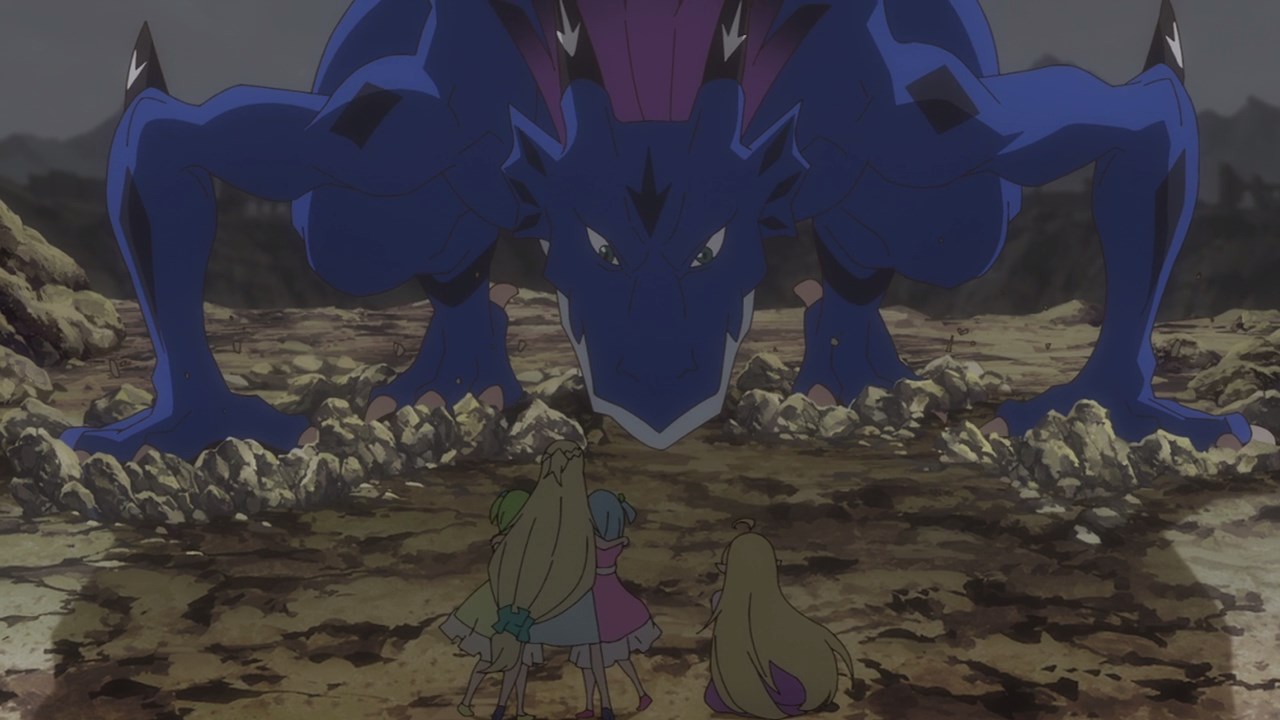 Except that one blue dragon sets its sights on Azusa and her family. Um, this is a bad idea from this blue dragon. 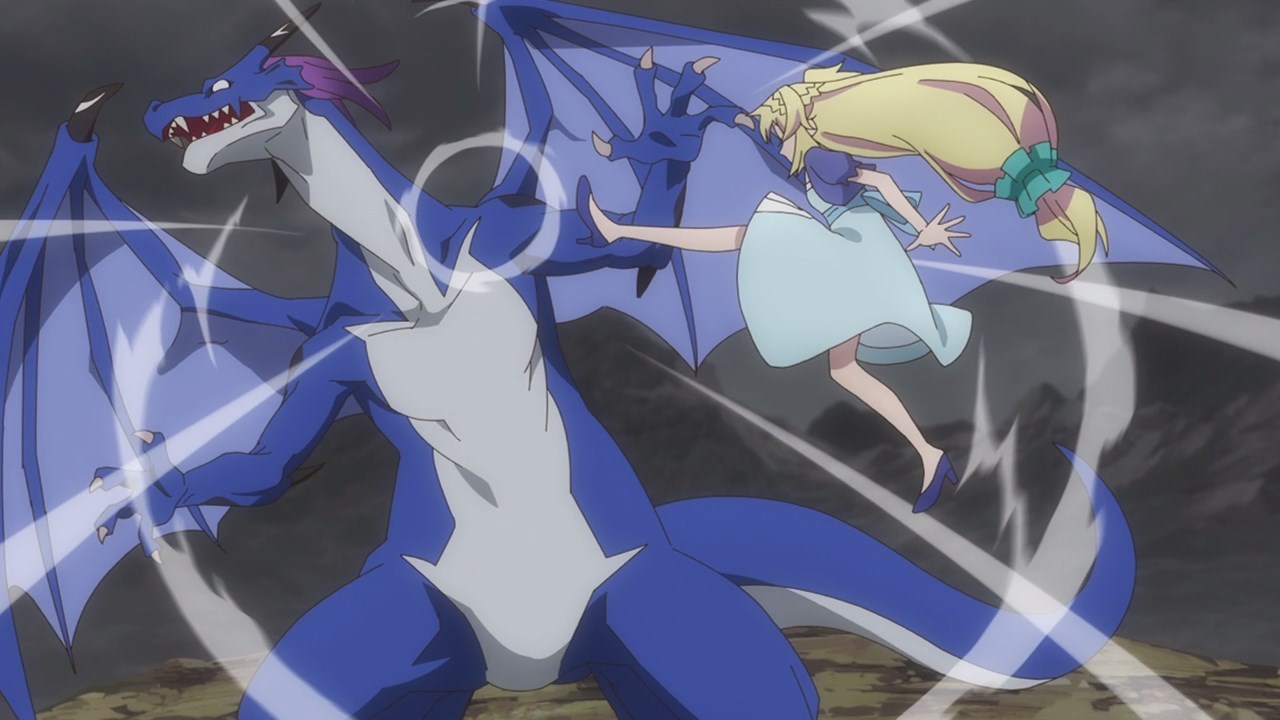 And really, it’s like Episode 1 all over again as Azusa wrecked this blue dragon. Looks like they shouldn’t mess with the Witch of the Highlands given that she beat the snot out of Laika before. 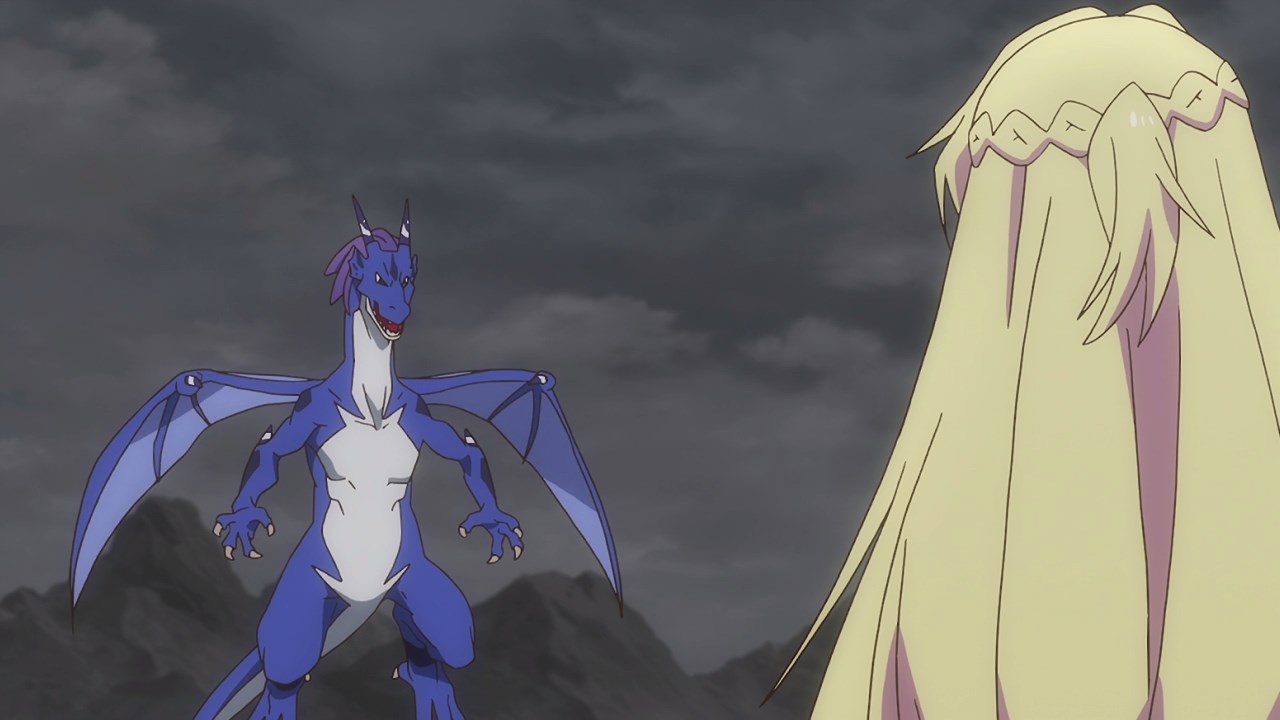 Meanwhile, here’s Flatorte where the reason why she and her fellow blue dragons decided to crash the wedding party is because she’s really jealous that Leila is getting married while she doesn’t have a lover.

Really Flatorte, you want to crash the party because you got friendzoned throughout your life? What a shallow reason there! 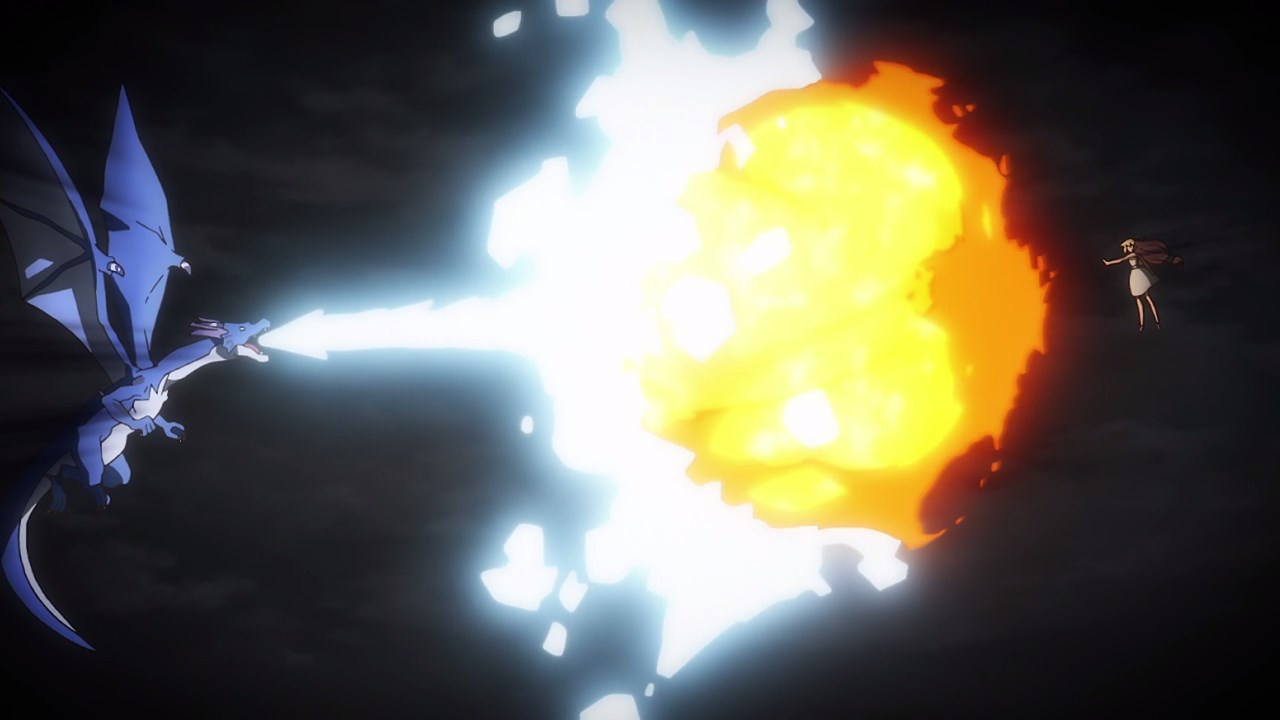 Anyways, Flatorte will witness the power of Azusa Aizawa as the witch blocks Flatorte’s ice breath with a fireball. At this point, Azusa will win this battle. 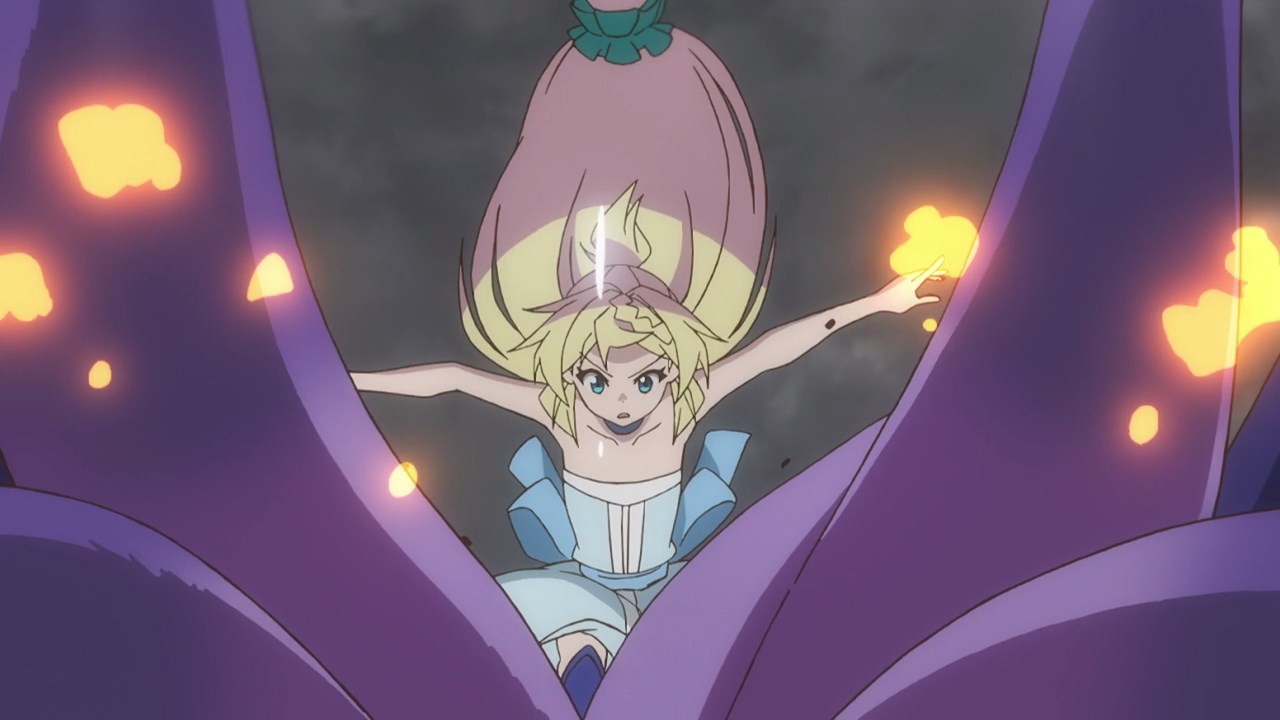 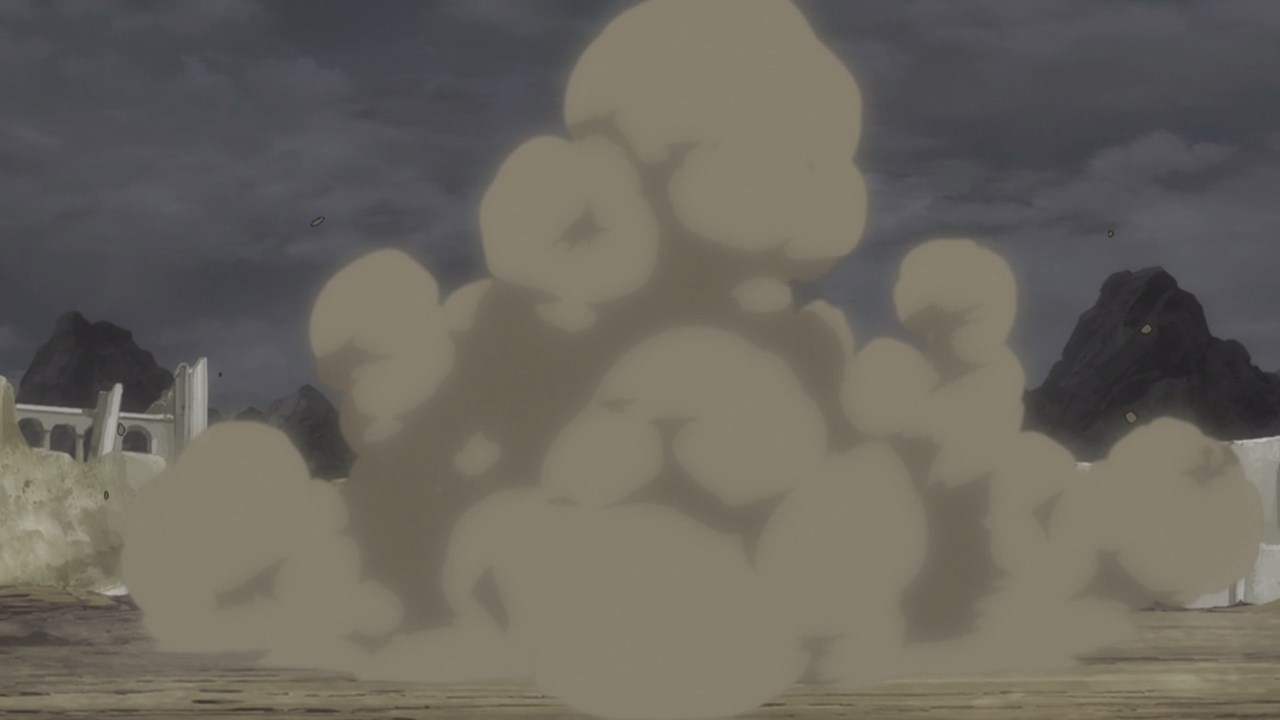 But with that said, looks like Flatorte got a taste of the witch’s power as Azusa smacks her head until the blue dragon goes down. 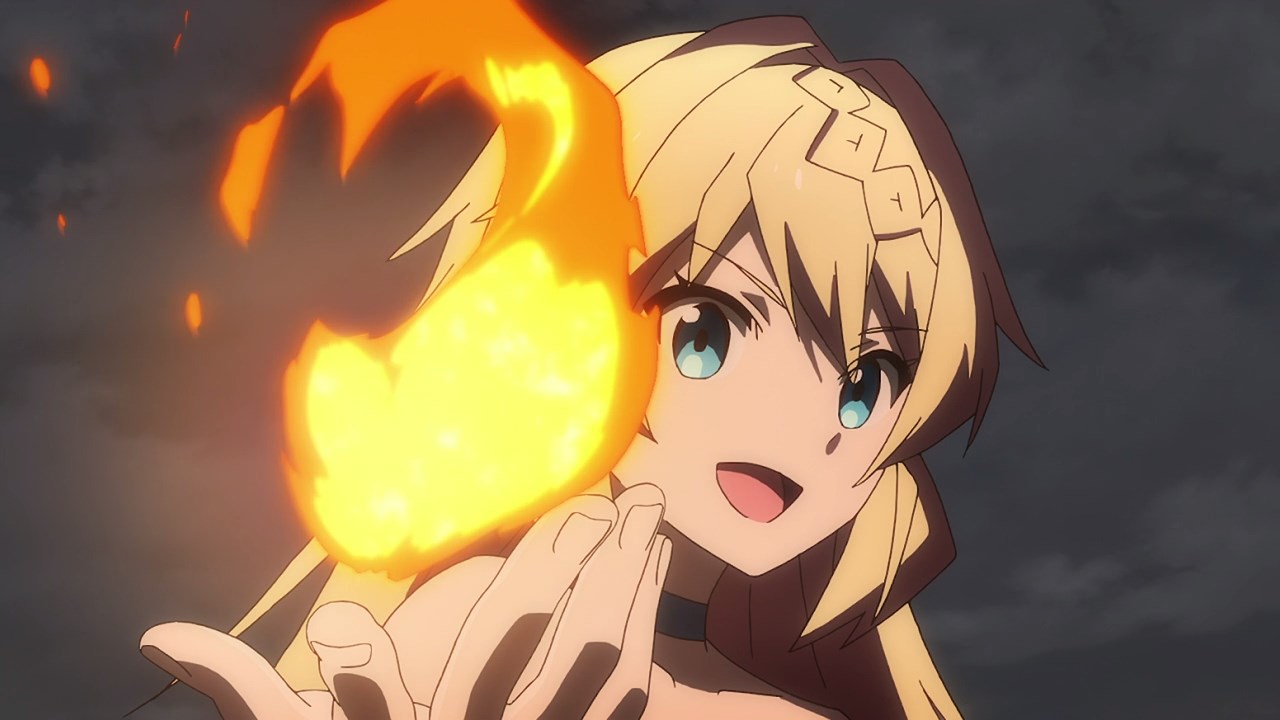 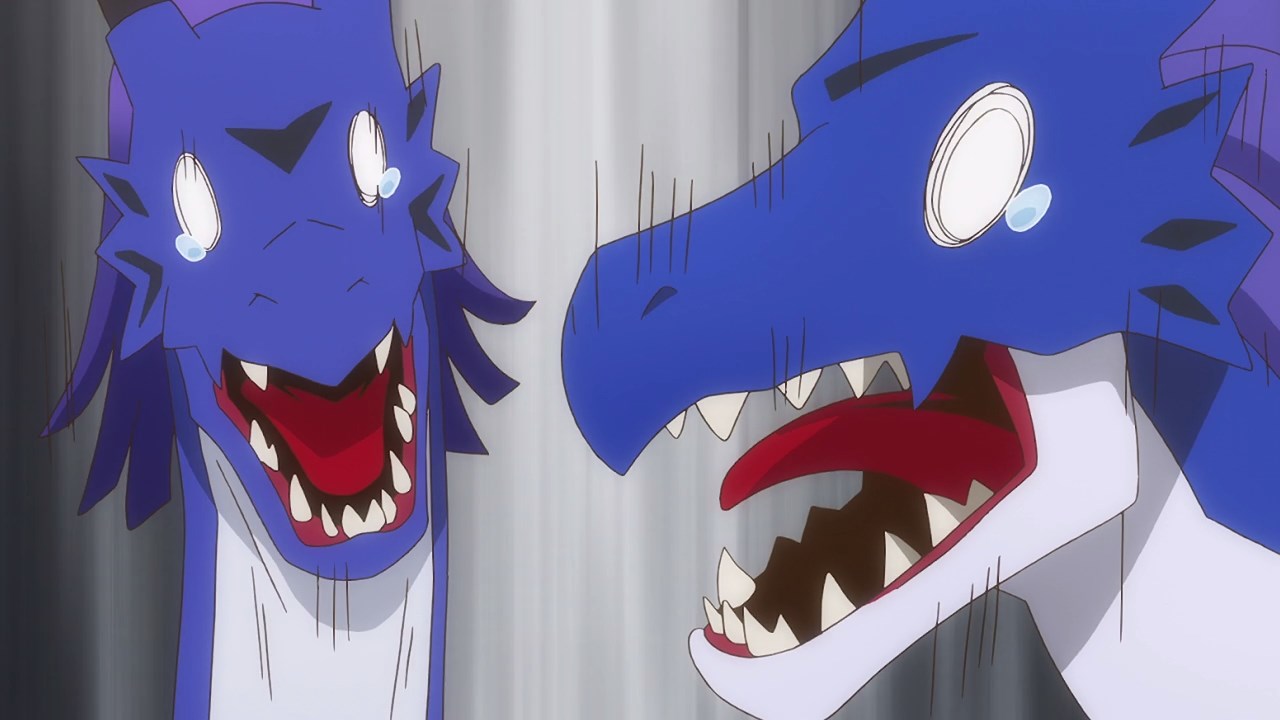 Of course, the Witch of the Highlands is gonna beat the entire blue dragon clan in which they decided not to mess with Azusa anymore. 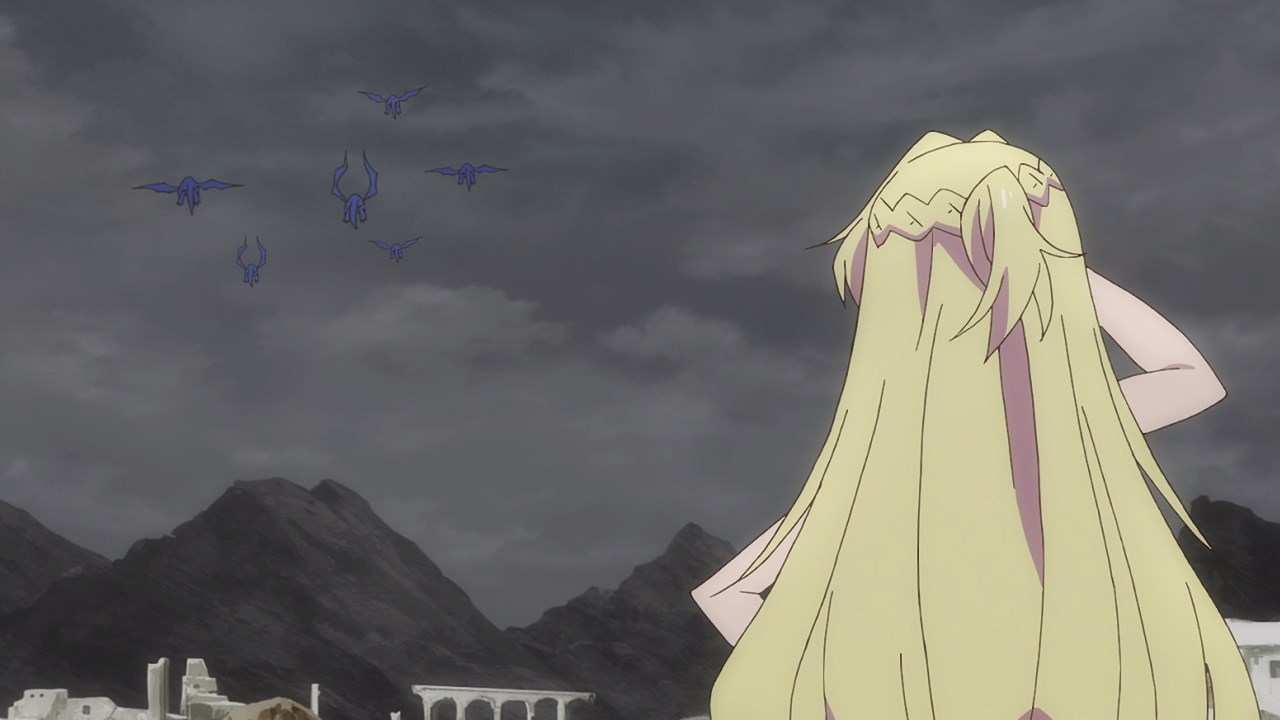 Well then, looks like the wedding party is saved thanks to Azusa Aizawa. Of course, it’s not over yet ’cause some blue dragons decided to create a volcanic eruption atop Mt. Rokko. 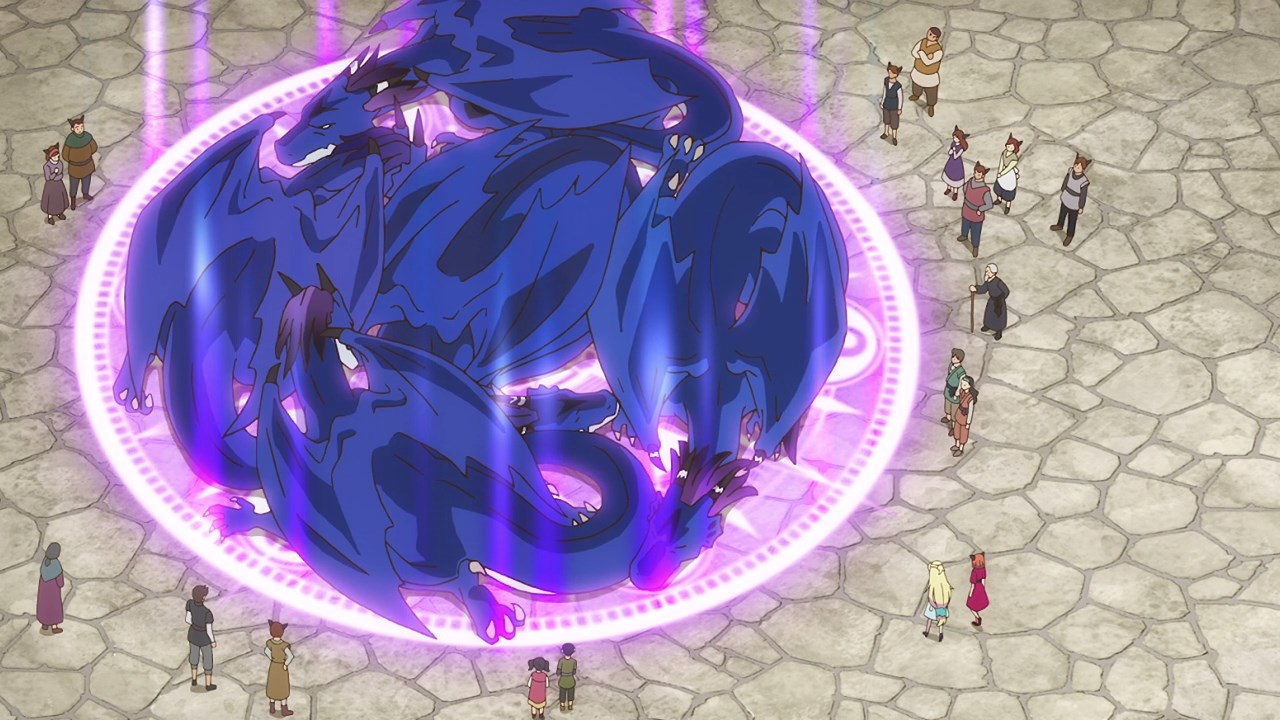 Fortunately, someone managed to stop those rogue dragons by pinning them in a magic circle. Okay, who’s responsible for stopping the remaining blue dragons? 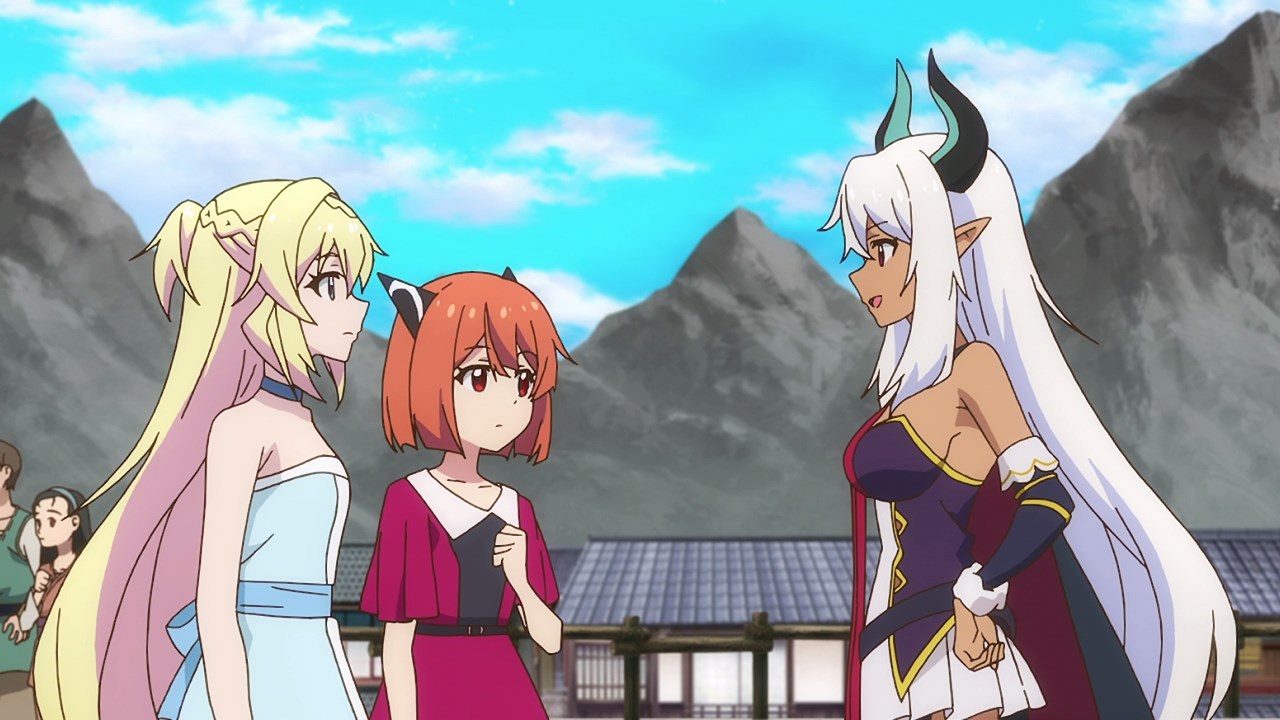 Oh, it’s Beelzebub where the demon lady is currently taking a vacation at Mt. Rokko before she managed to restrain those dragons for attempting to make the volcano erupt. Still, glad that Beelzebub saved Mt. Rokko just in time. 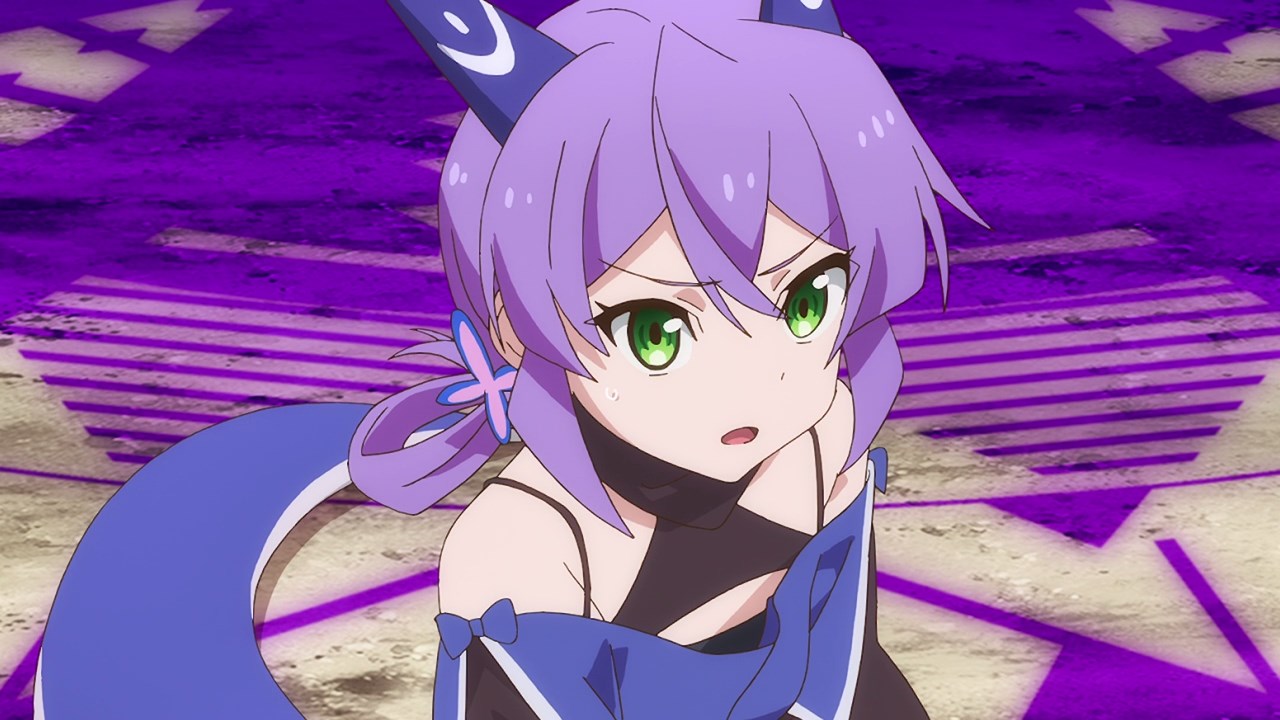 Now then, let’s focus on Flatorte where she changed into her human form as Azusa requested to do so. Honestly, Flatorte’s human form looks cute. 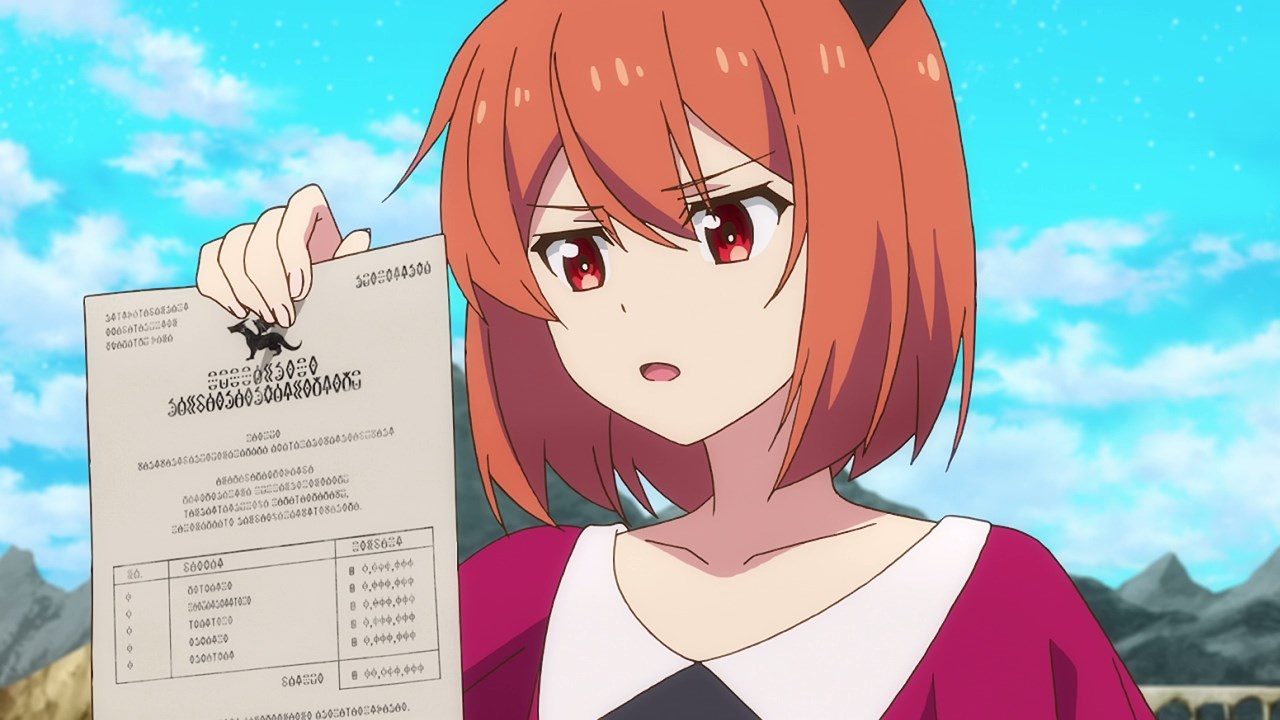 Of course, you have Laika where she demanded to pay damages as she showed the receipt to Flatorte.

Oh yeah, and the cost is astronomical that she and her fellow blue dragons will have to work lots of hours in order to pay up. 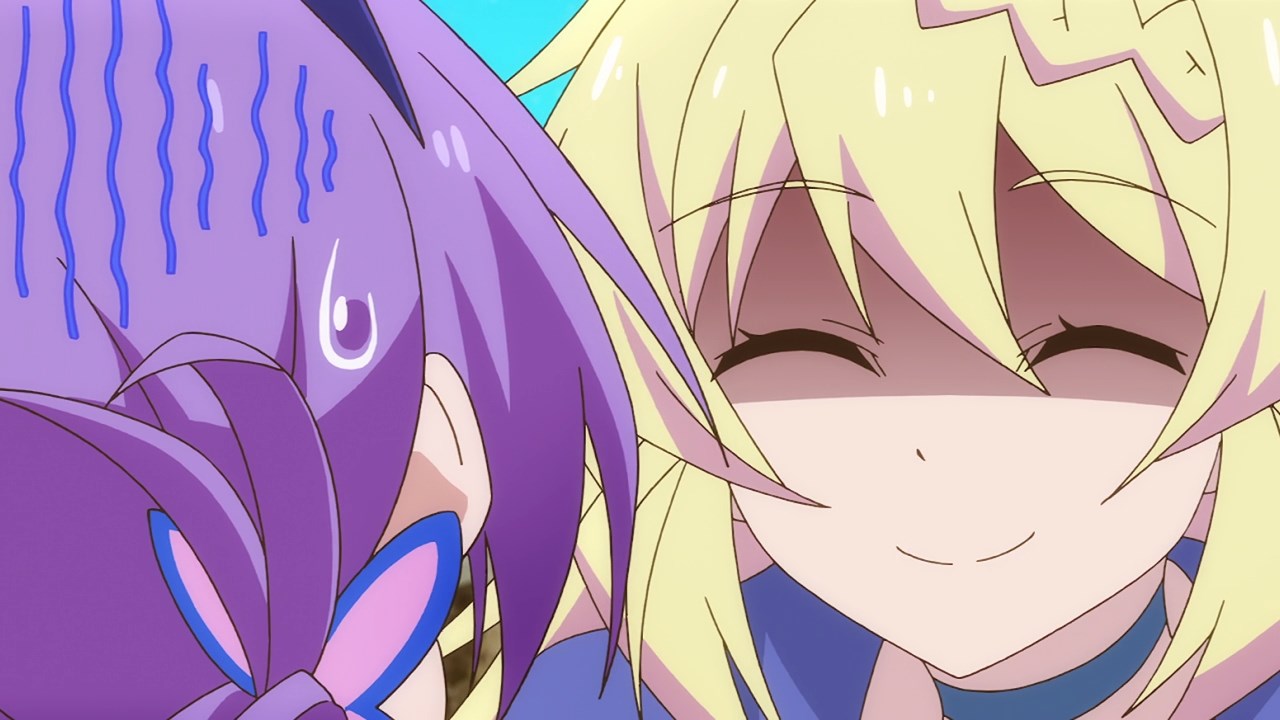 By the way, here’s Azusa Aizawa where she proposed a treaty between both dragon clans. Of course, if either clan broke the treaty, they’ll suffer Azusa’s wrath where she’ll force the dragons to work 12 hours a day.

Well, I have to say that Flatorte and her fellow blue dragons won’t have to wreck havoc anymore as they don’t want to get wrecked by Azusa. Anyways, all’s well that ends well on this episode! 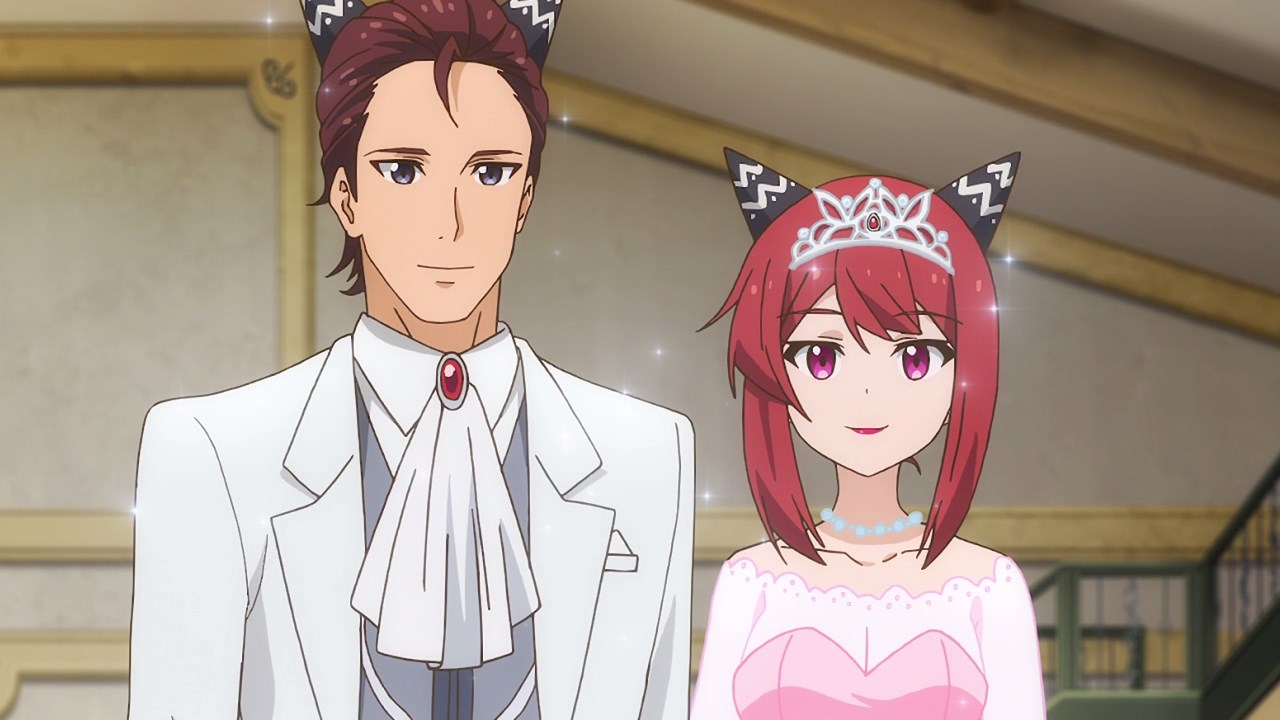 And now it’s time for the after-party where Leila and her groom have changed into their human forms. Man, they looked stunning! 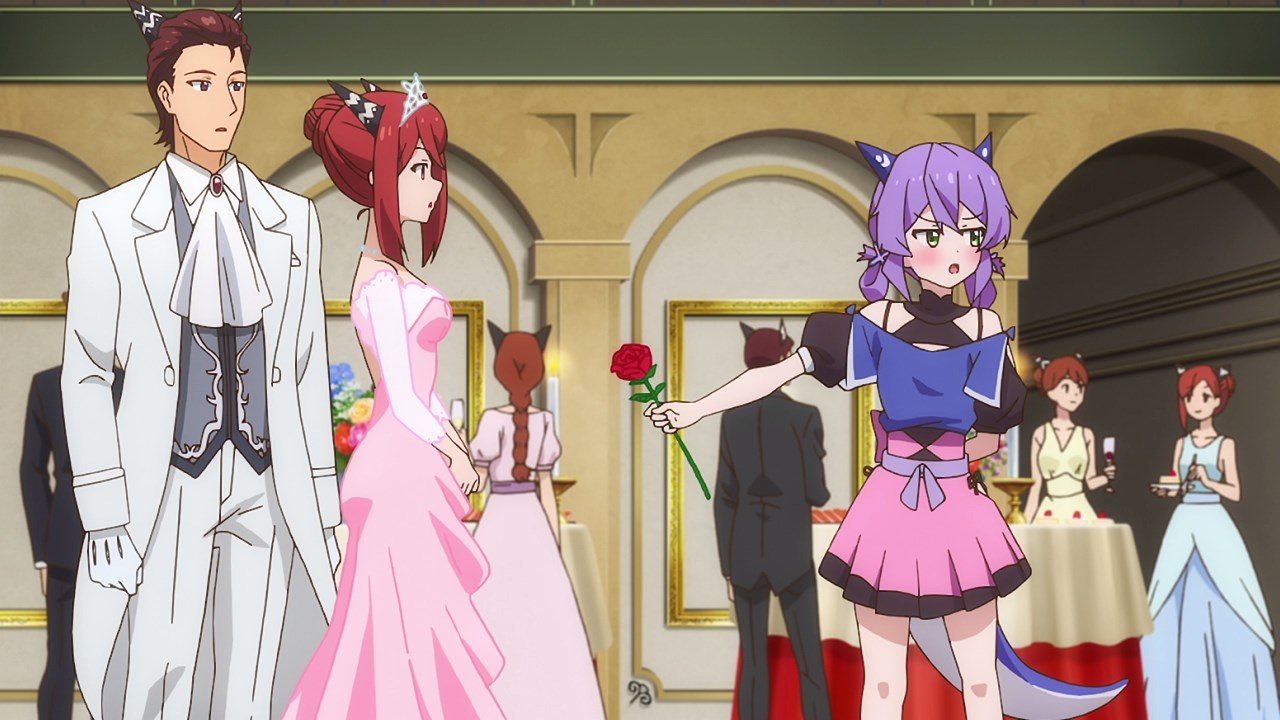 Oh yeah, here’s Flatorte where despite offering a rose to the newlywed couple, she still bitter that Flatorte will remain single forever.

You know what, Flatorte will get a lover someday… or join Azusa’s family instead. 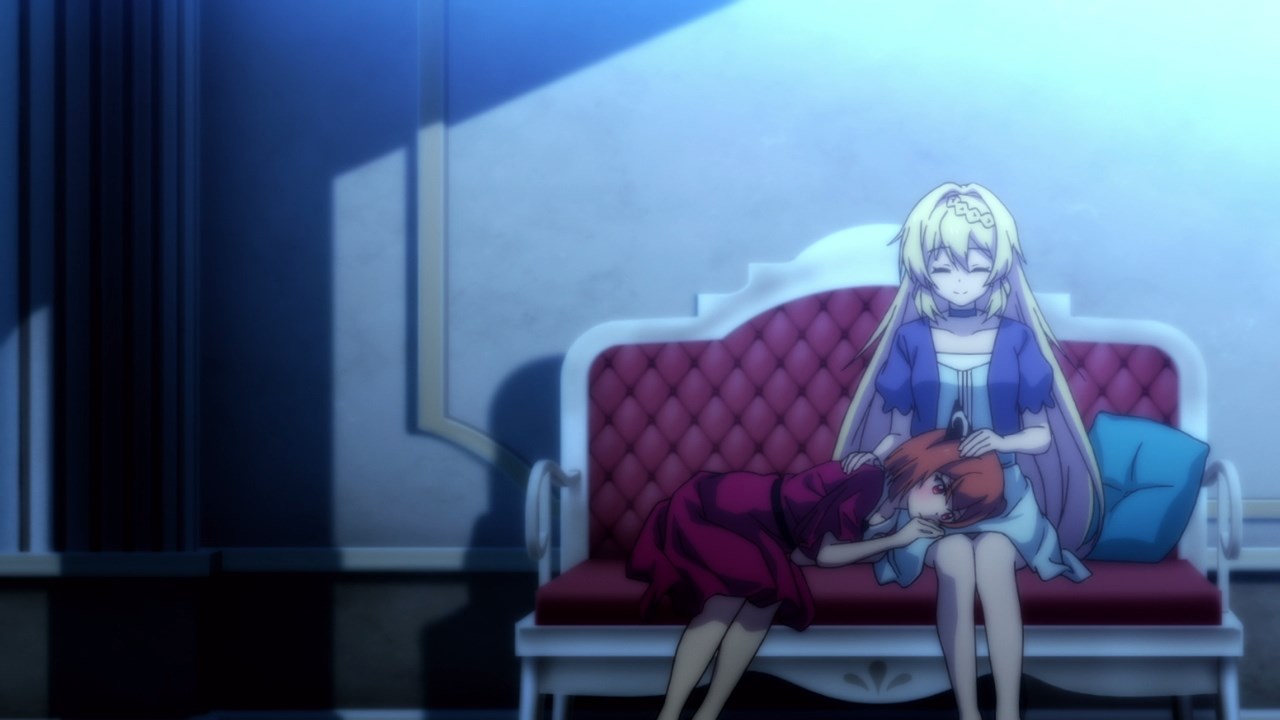 One last thing, it appears that Laika will stay at Azusa’s side as she wants the Witch of the Highlands to dote on her much like Leila did to her little sister back in the day.

But that’s about it for this episode and I’m glad that the dragon will remain in Azusa’s family. Then again, the next episode will have another monster girl that will join Azusa Aizawa.