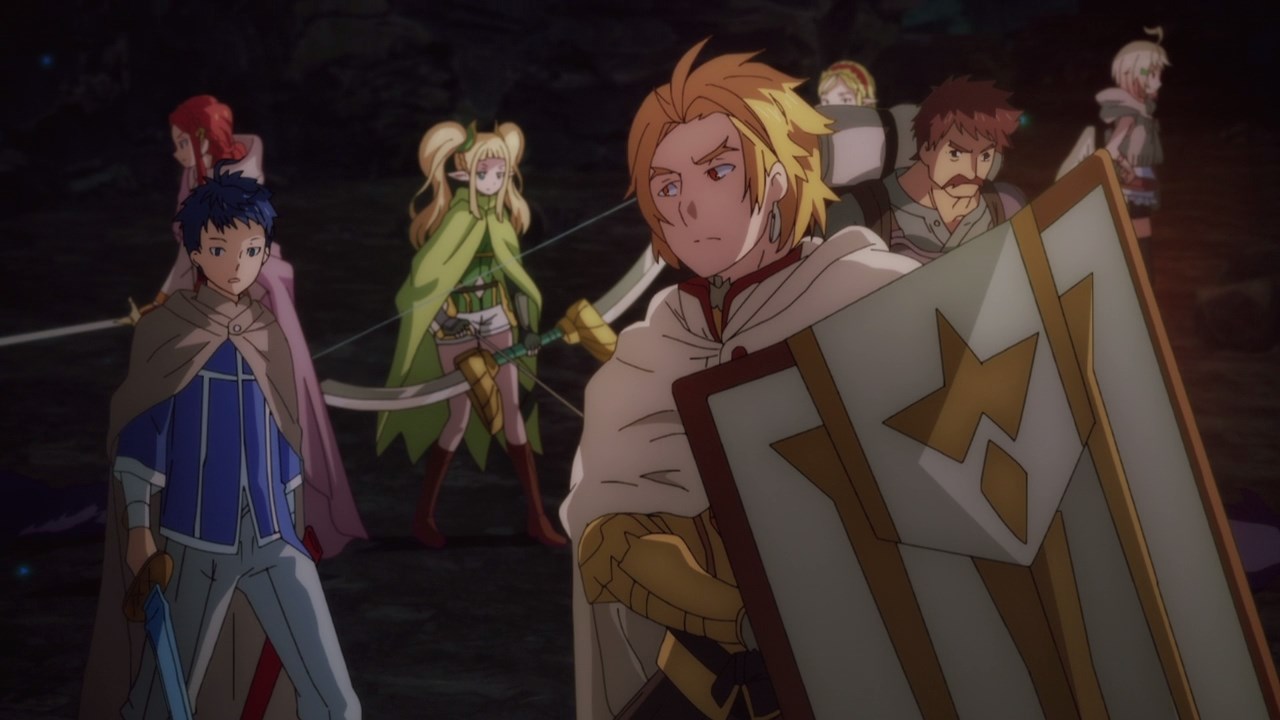 Here’s Schlain Zagan Analeit and his party as they’re inside the Great Elroe Labyrinth. While they’re itching to press forward, Basgath told them to slow down. 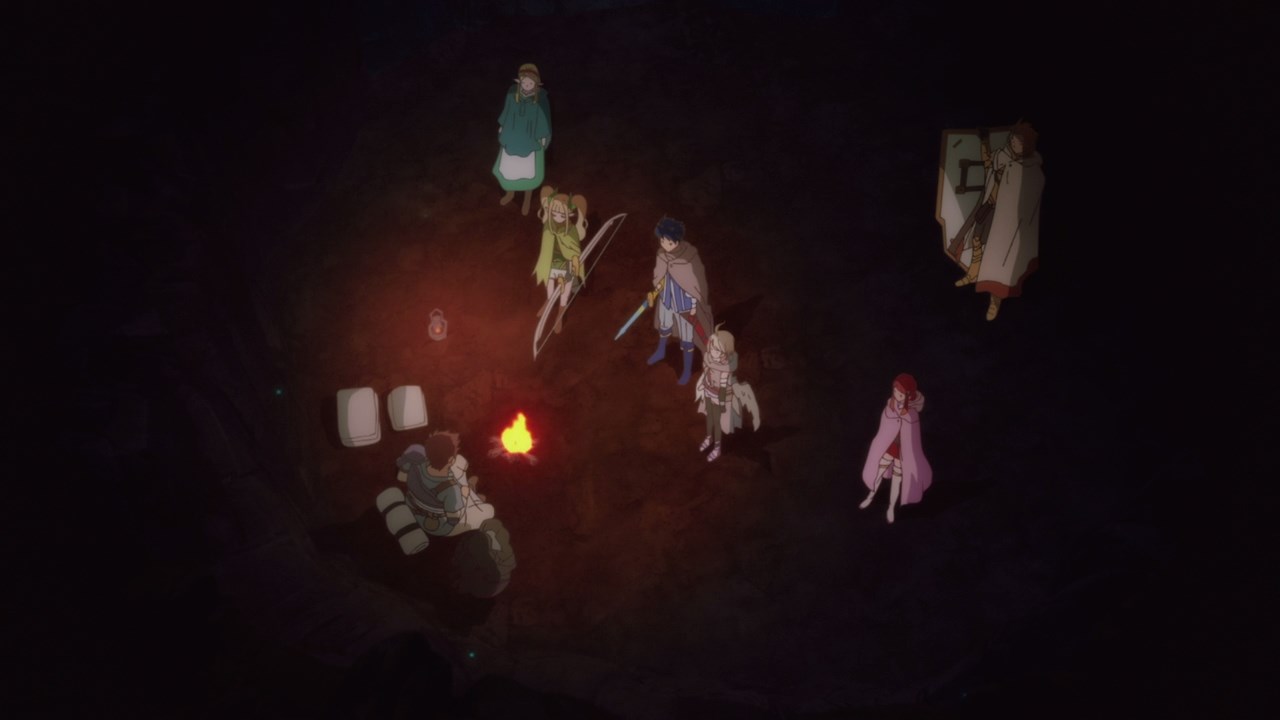 And here’s the thing though as anyone who’s inside the Great Elroe Labyrinth will have labyrinth sickness, which adventurers don’t know if it’s day or night outside given that there’s no sunlight.

Furthermore, Basgath warned them about the Nightmare of the Labyrinth in which a certain Taratect and its vestiges haunts every adventurer. Well, the Nightmare’s Vestiges are the only monsters lurking around the labyrinth as Ms. Spider already left. 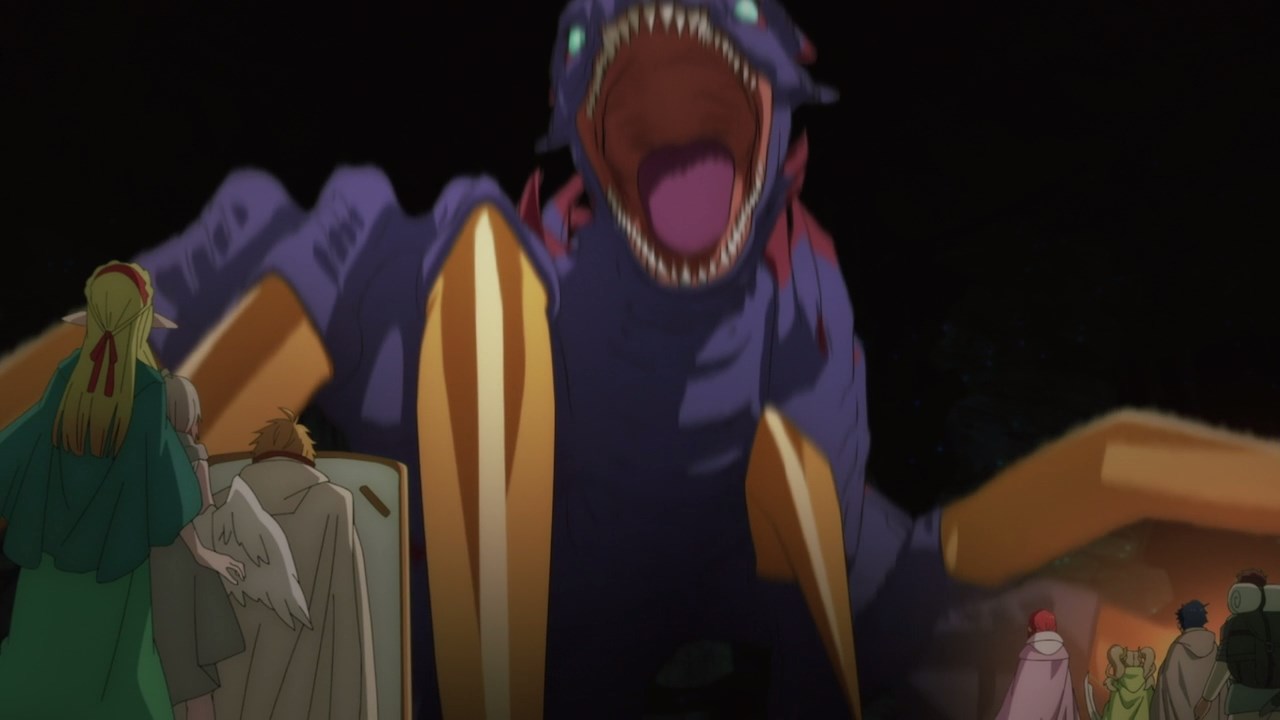 Anyways, Schlain and his party encountered an earth dragon in which most of the magic elements are ineffective.

Also, it’s tough as nails due to its Imperial Scales skill, meaning that the risk of breaking weapons are high. 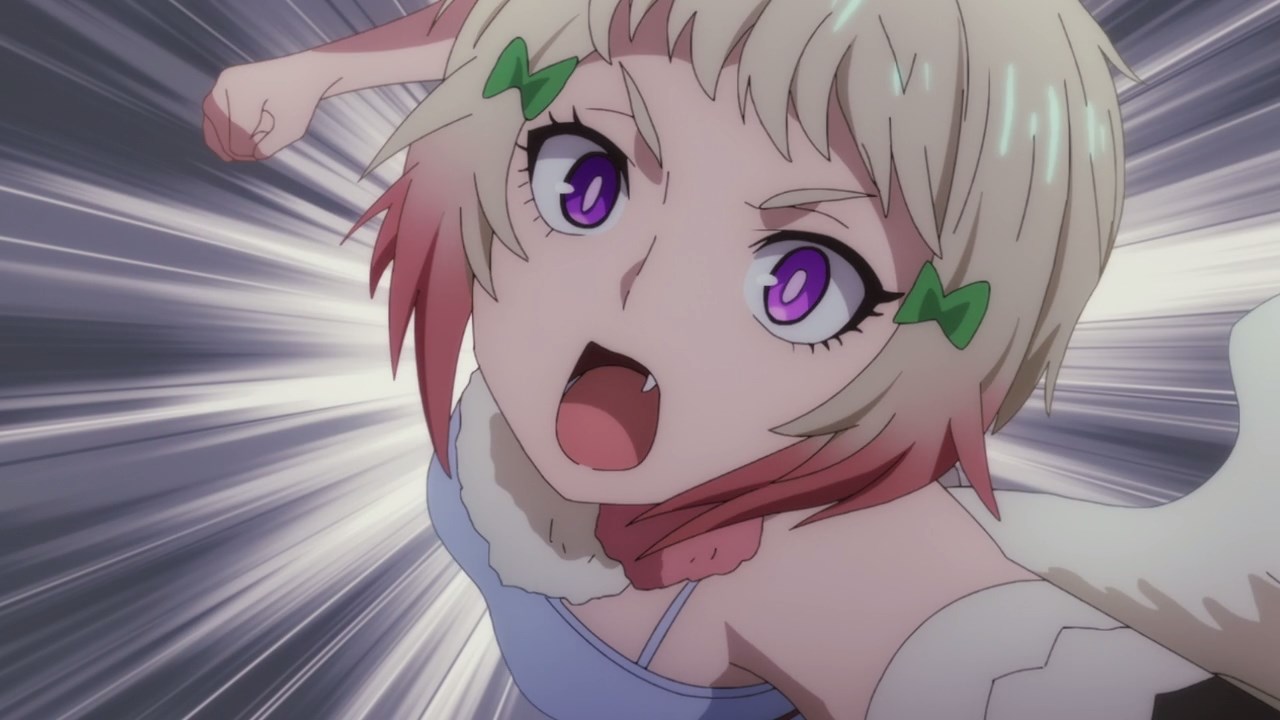 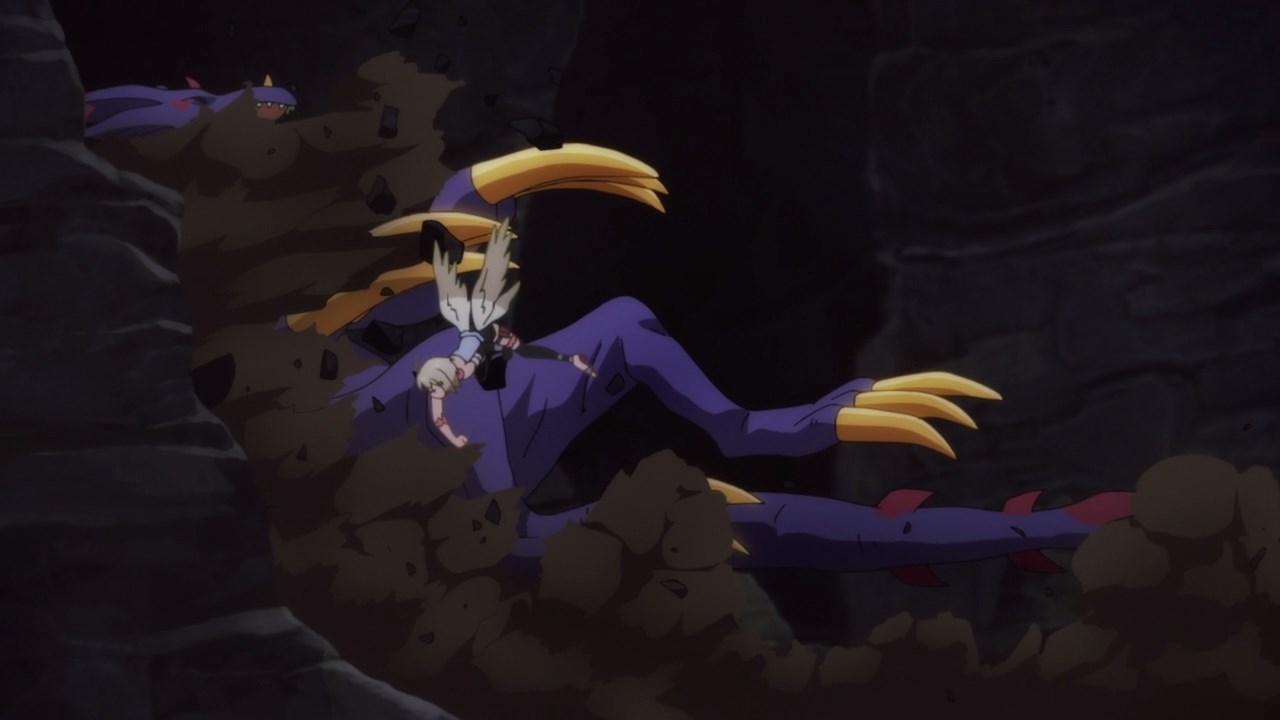 But you know what, Feirune will have to punch her way to victory as she got the Steel Body skill which is useful for both offense and defense. 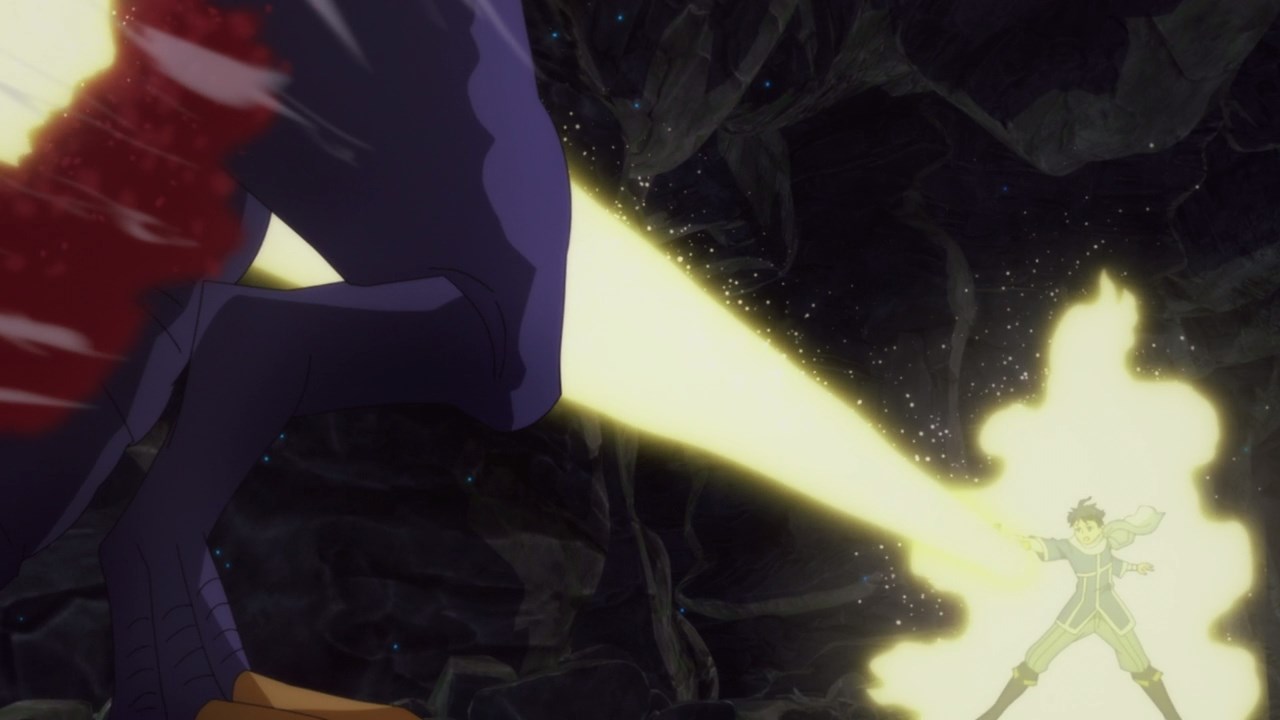 But thanks to Feirune, Schlain Zagan Analeit delivered the finishing blow as he used Holy Light Beam against the earth dragon, earning the title of Dragon Slayer. Looks like Schlain is starting to become a legitimate hero. 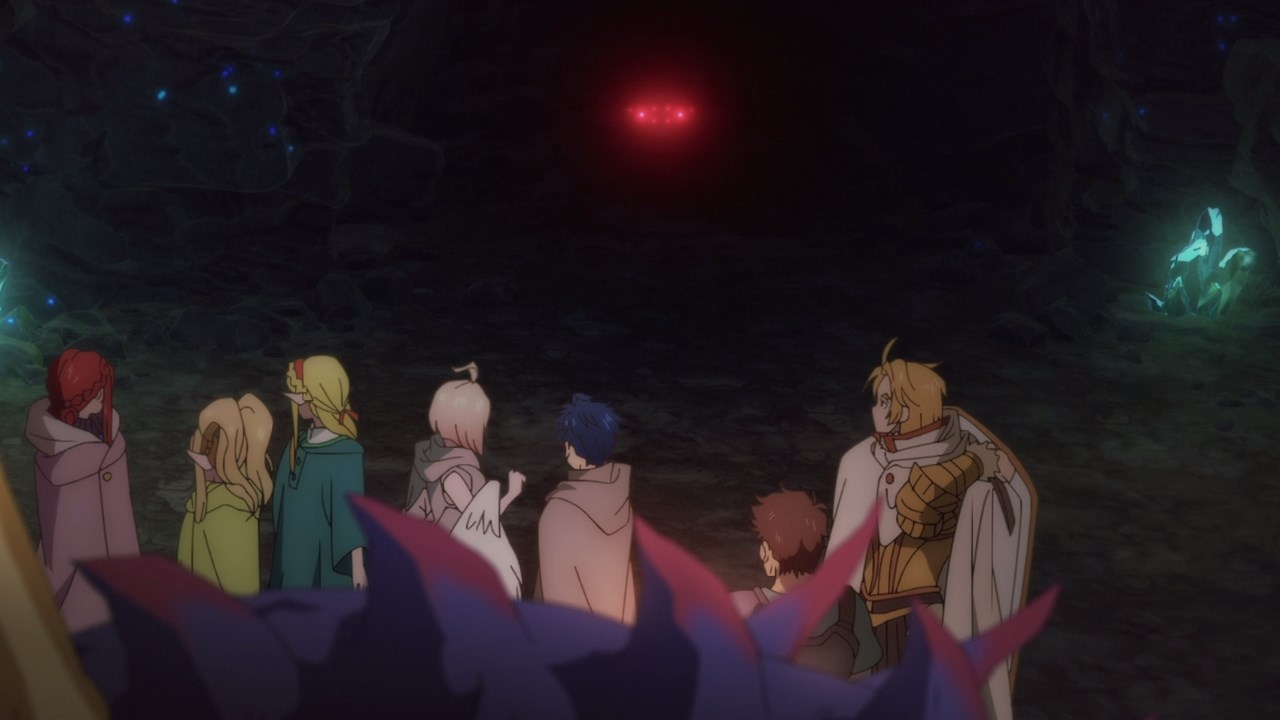 Unfortunately, they can’t celebrate just yet as Schlain’s party encountered the Nightmare’s Vestiges as Ms. Spider’s ghastly minions got curious towards the adventurers. 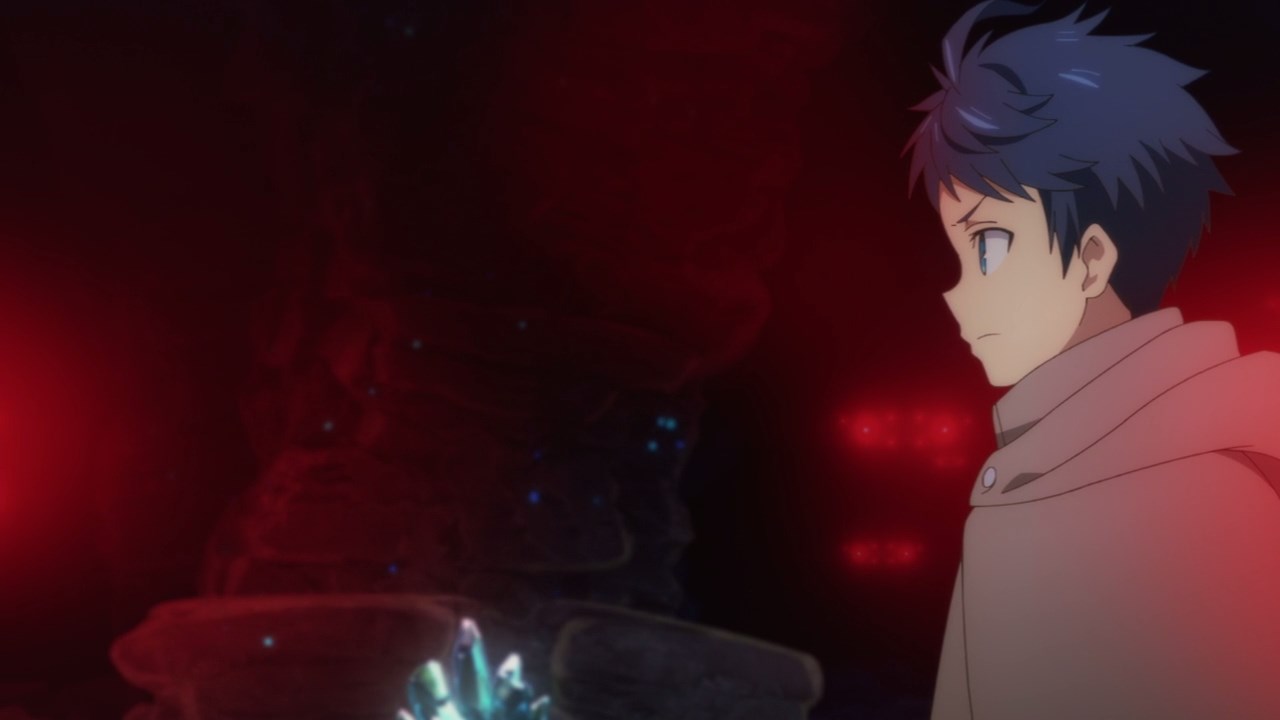 Oh yeah, the Nightmare’s Vestiges told the hero the end is nigh as everyone will die soon, although they told him in a vague way.

Come to think of it, are they really want Schlain to know the awful truth in the most painful way possible? Maybe… 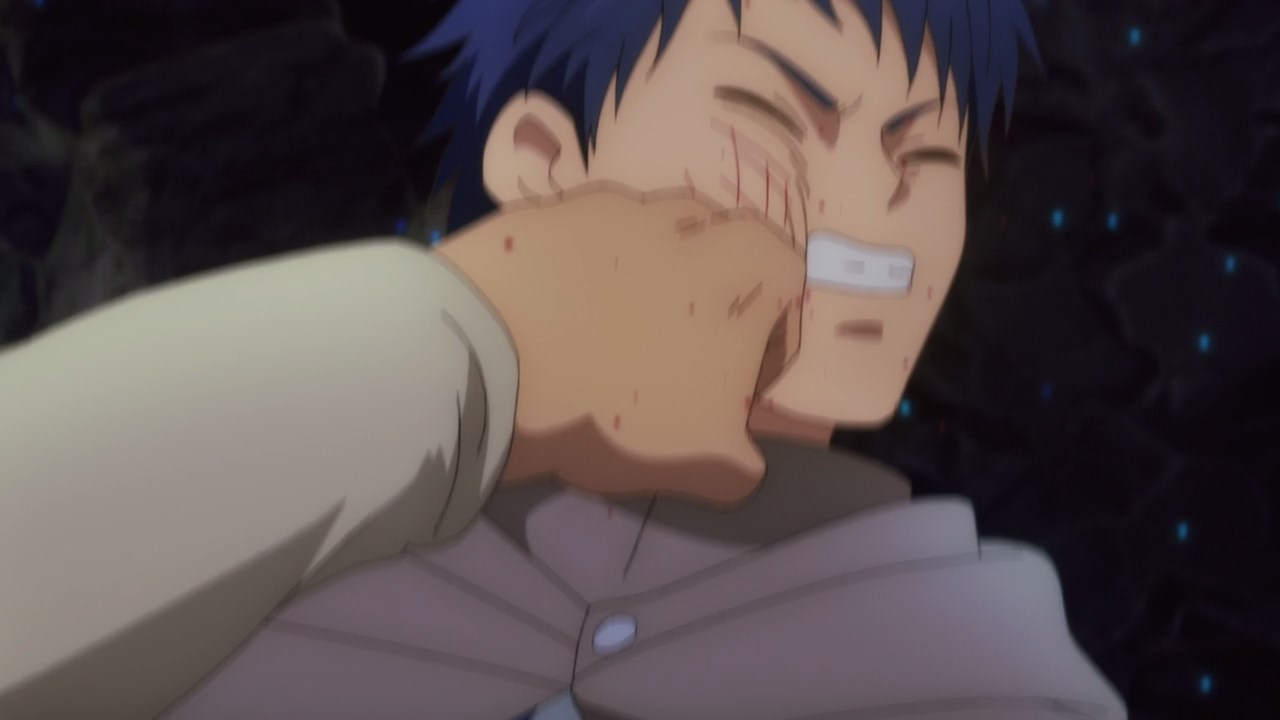 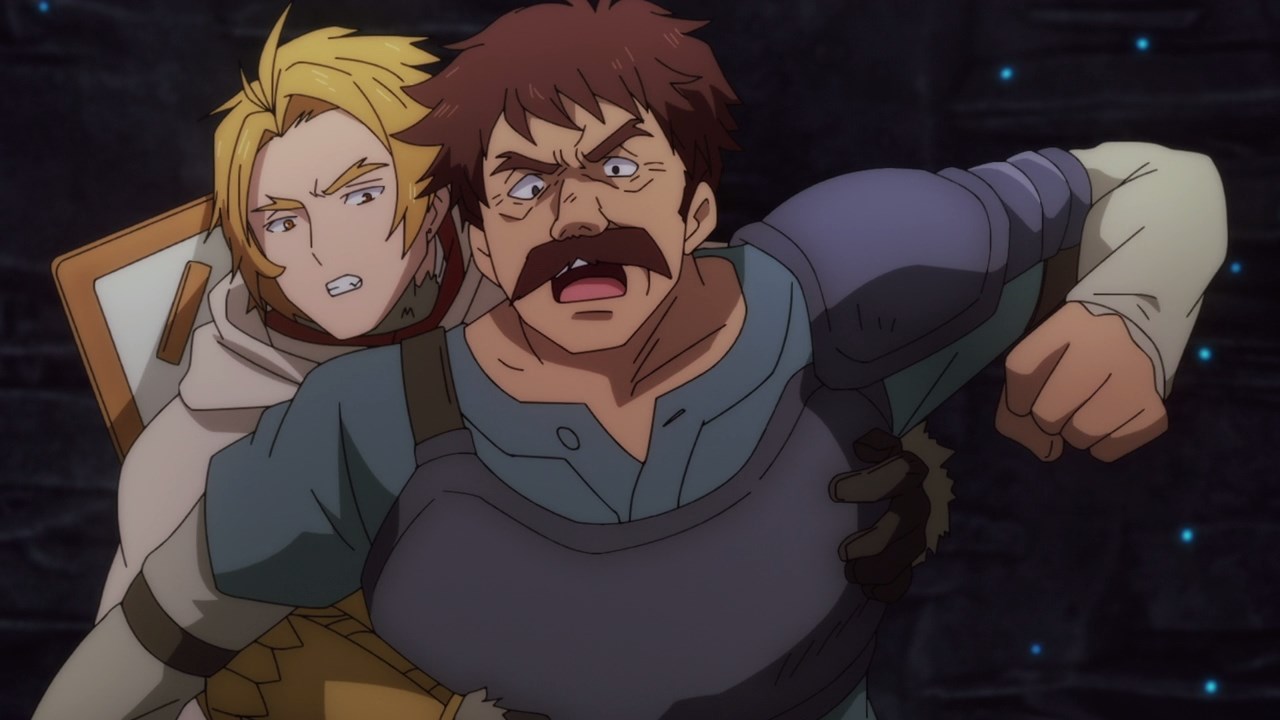 Unfortunately for Schlain Zagan Analeit, Basgath is not too pleased on getting his first encounter with the Nightmare’s Vestiges, therefore he punched Schlain to the face.

But don’t worry though as Schlain didn’t die as the vestiges let him live. It would be worse if those spiders killed him and the rest of the party. 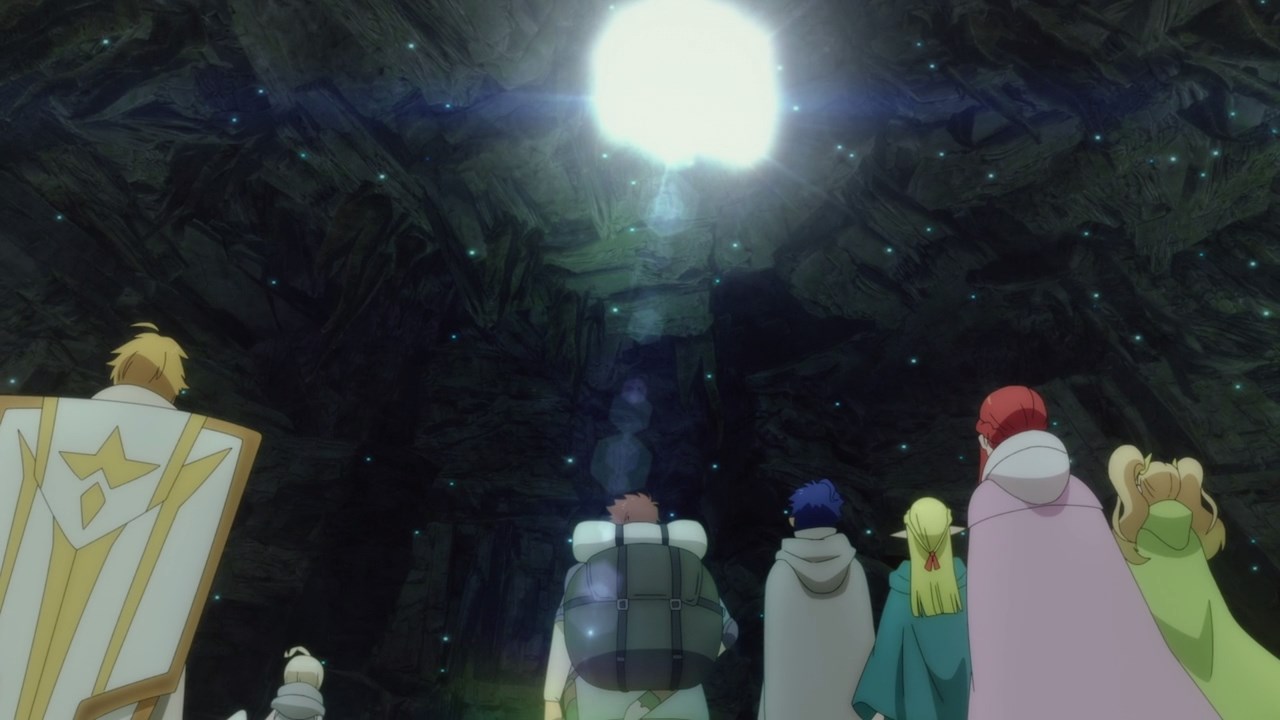 Now then, they finally found some sunlight as Schlain and his party found a hole that the Queen Taratect created years ago.

However, the hole is being blocked by a swarm of Finjicotes so they can’t get out easily. 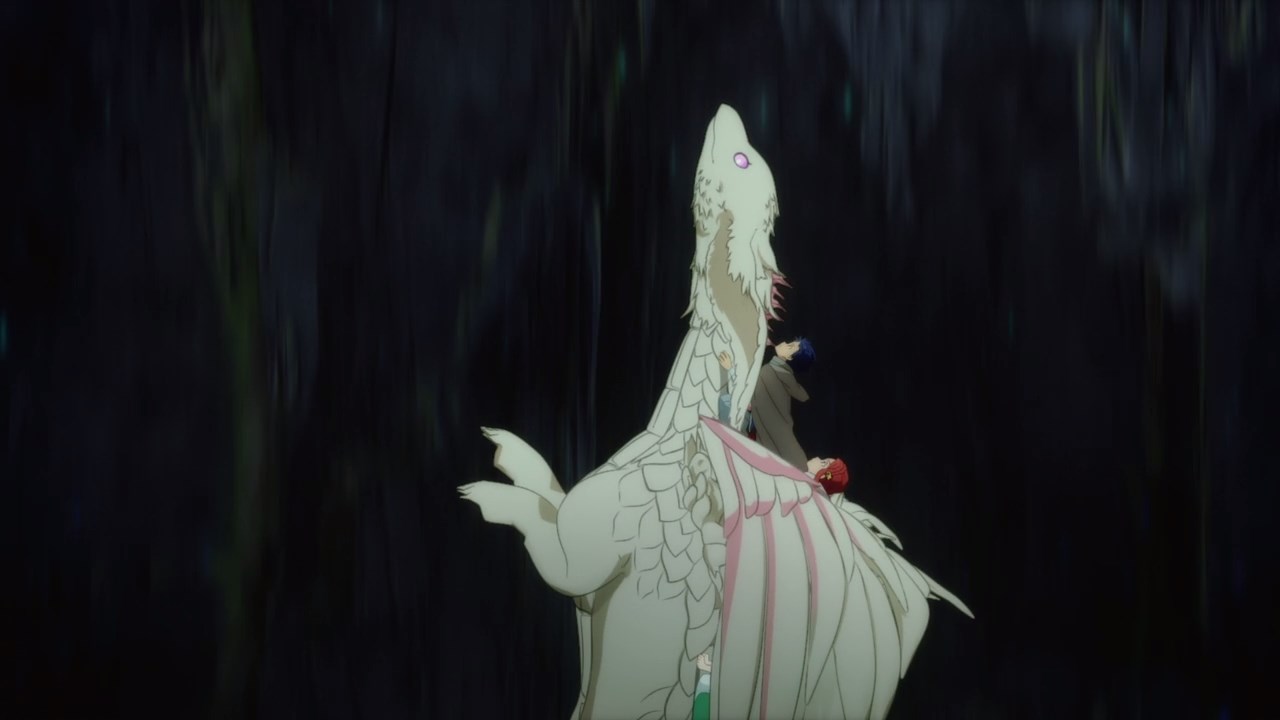 But you know what, leave it to Feirune as she can get past those Finjicotes and head towards the exit. 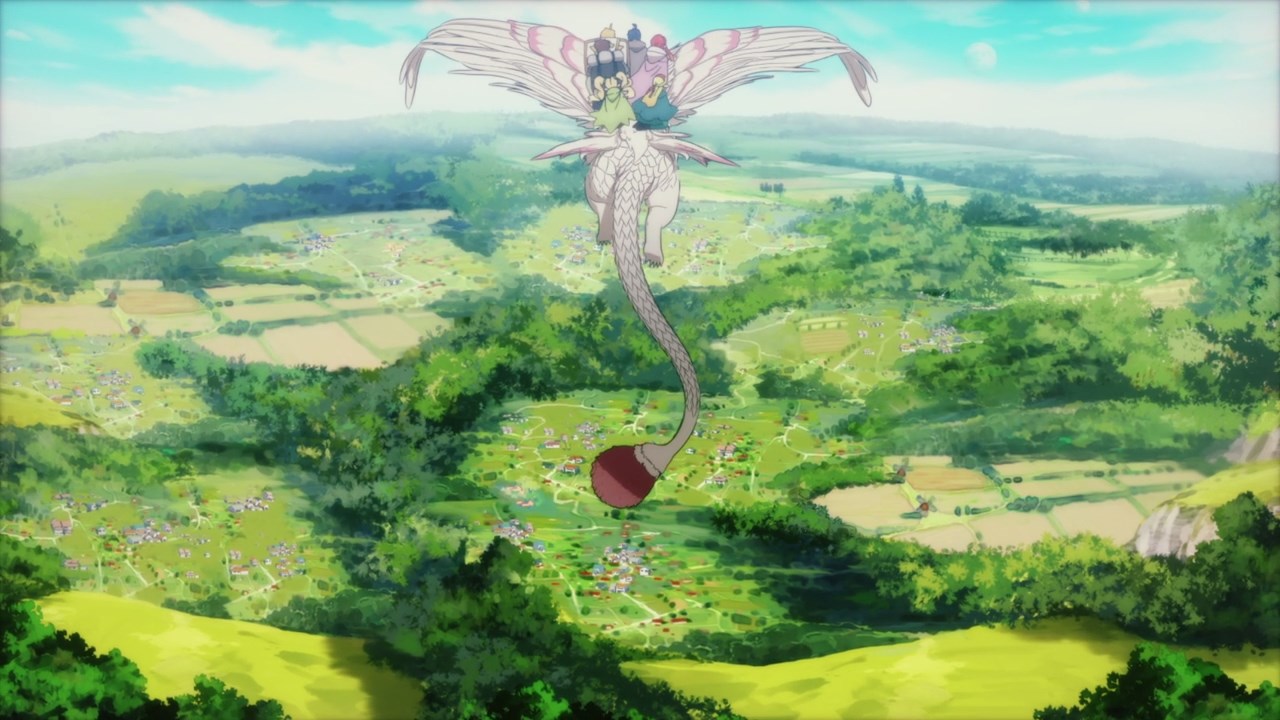 And so, Schlain and his party have finally got out of the Great Elroe Labyrinth as they arrive in Kasanagara.

Now, the only thing left to do is to save the elf village from both the demon army and Hugo’s forces. Of course, fending them off will be Schlain’s tall order.

Let’s go back to Ms. Spider where she’s actually alive, albeit she’s reduced to a mere head as Ms. Spider will have to focus on growing her body back.

Of course, despite having immortality due to her Zana Horowa evolution, Ms. Spider is worried about Ariel’s Abyss Magic where the demon lord can destroy her body and soul, therefore Ms. Spider will have to find ways to counter her magic. 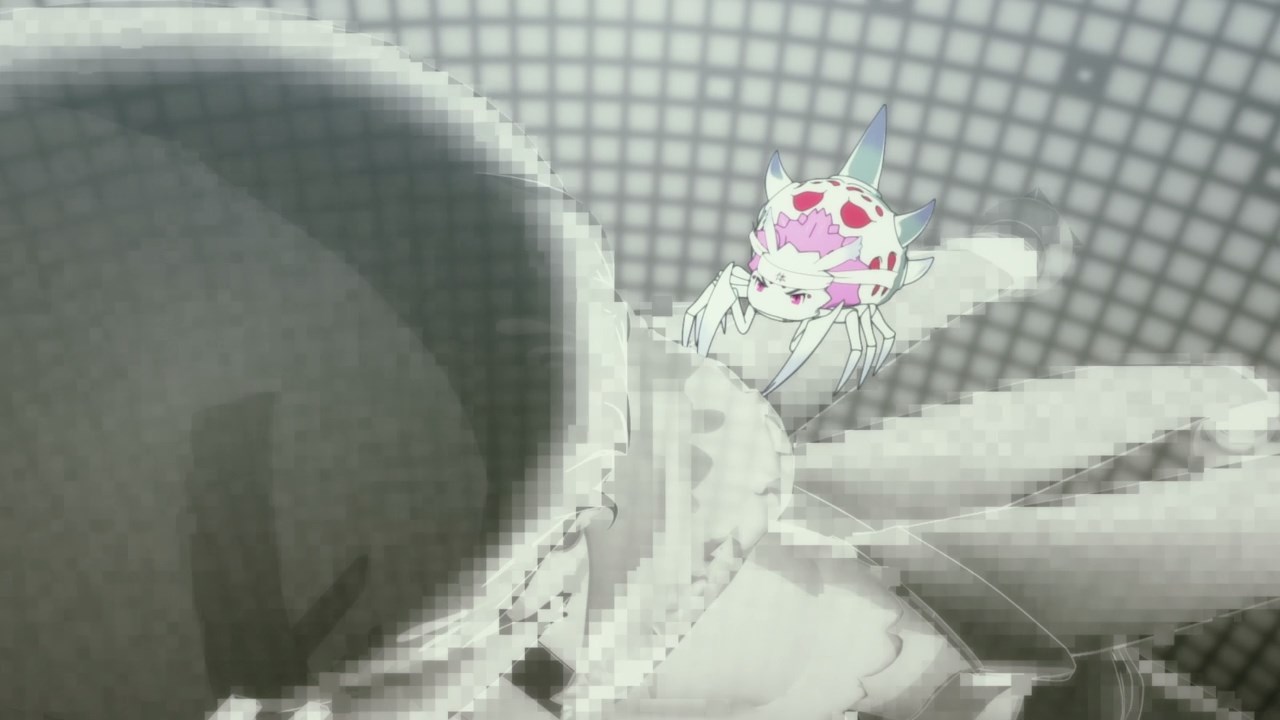 Fortunately, one of Ms. Spider’s Parallel Minds decided to attack the demon lord’s mind, although bringing Ariel down with this method will be tedious. 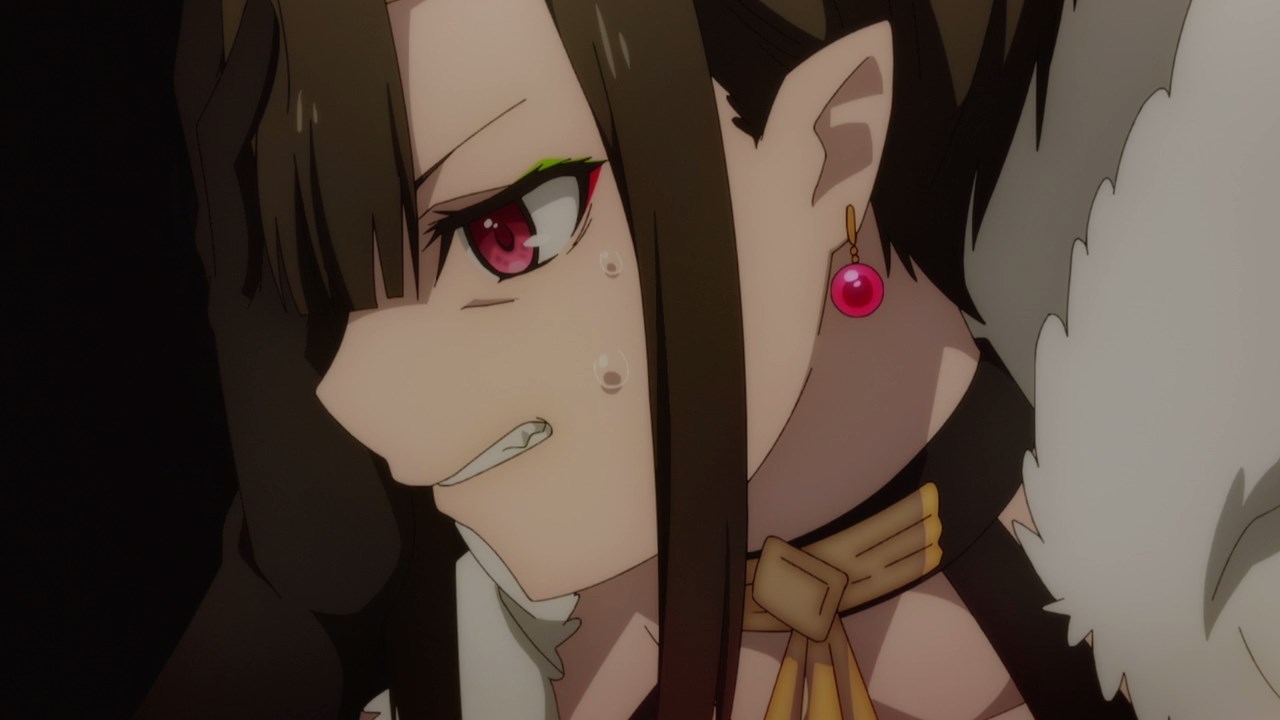 Speaking of Ariel, she’s really angry that Ms. Spider is alive. But you know what, I think Ms. Spider will find a way to beat the demon lord.

Anyways, tune in next time where Ms. Spider will be busy reconstructing her body, while Schlain will try to save the elf village from being destroyed.