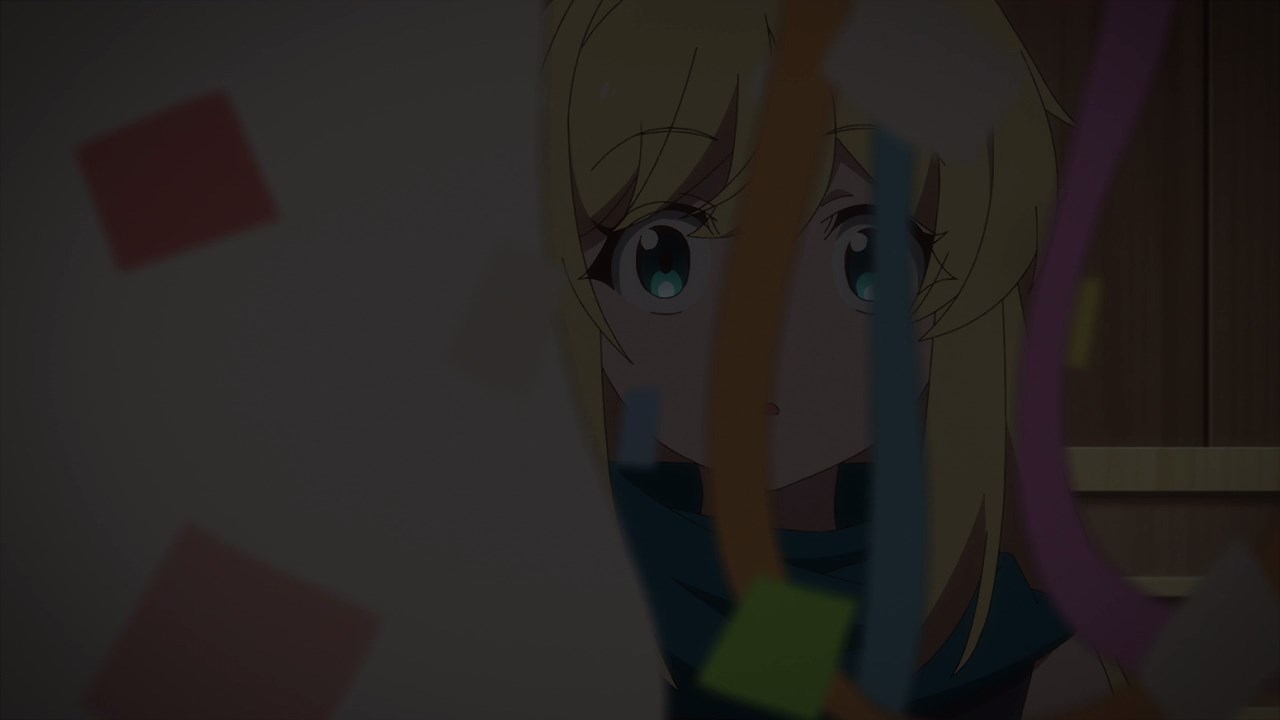 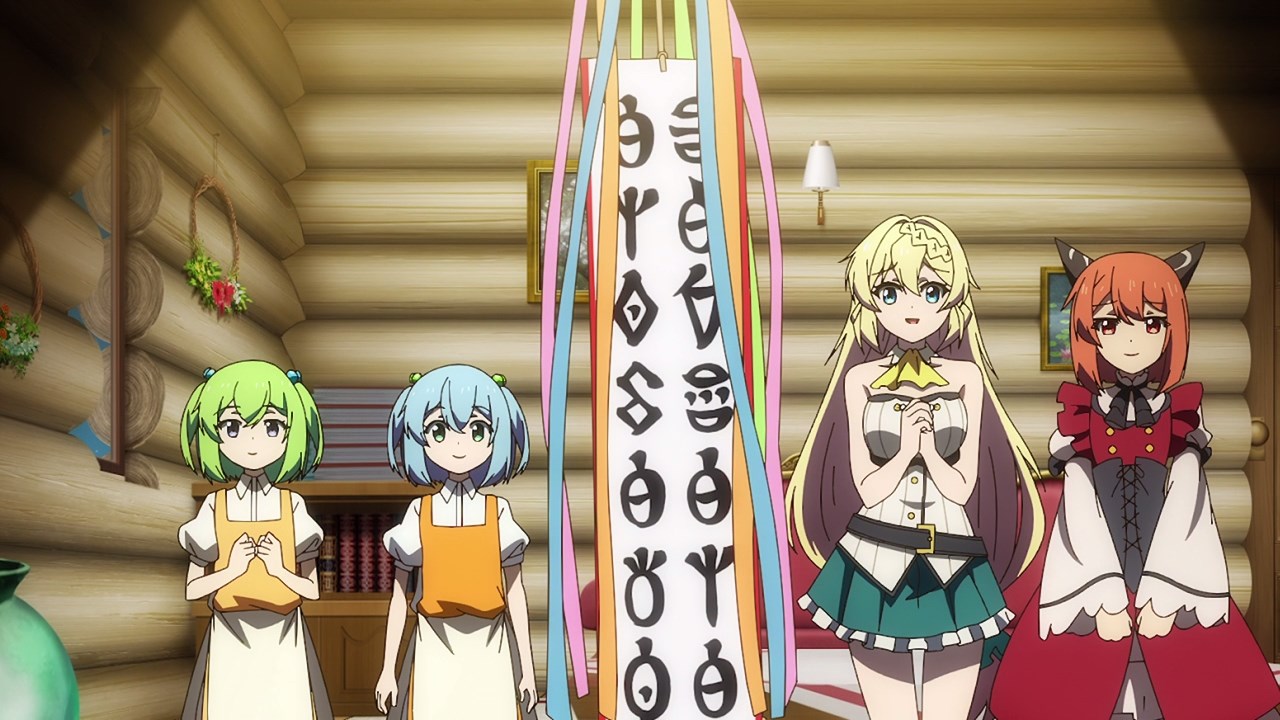 Well everyone, it looks like someone will leave Azusa’s place as the Witch of the Highlands and her family bid their farewell to Halkara. Man, why is everyone leaving at Azusa’s house recently? 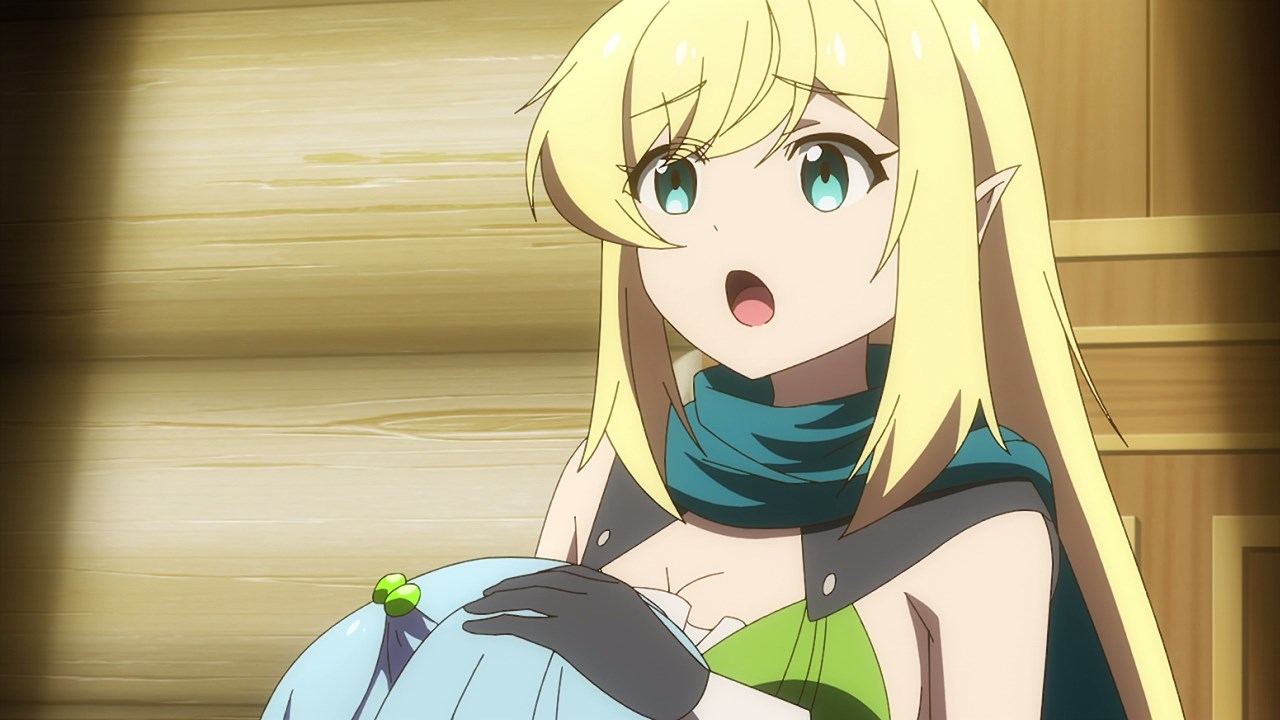 Actually, turns out that Halkara is opening a factory in Nascúte, therefore she’s not gonna leave the house anytime soon. Okay Halkara, I think you should tell them sooner that you’re not leaving Azusa’s place. 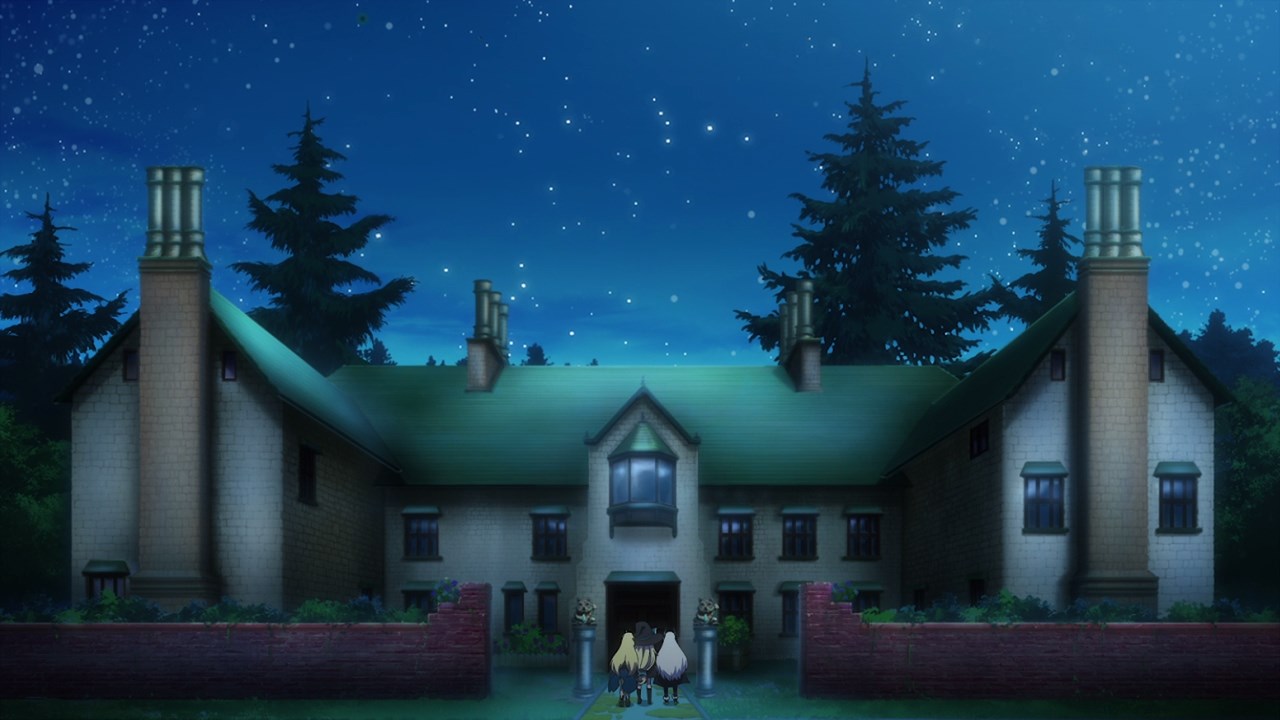 Unfortunately, the factory in Nascúte is being haunted by a ghost, therefore they can’t produce the famous Nutri-Spirit energy drink.

So, the only thing left to do is to exorcise the place as Azusa asked Beelzebub to help her out when it comes to dealing with ghosts. 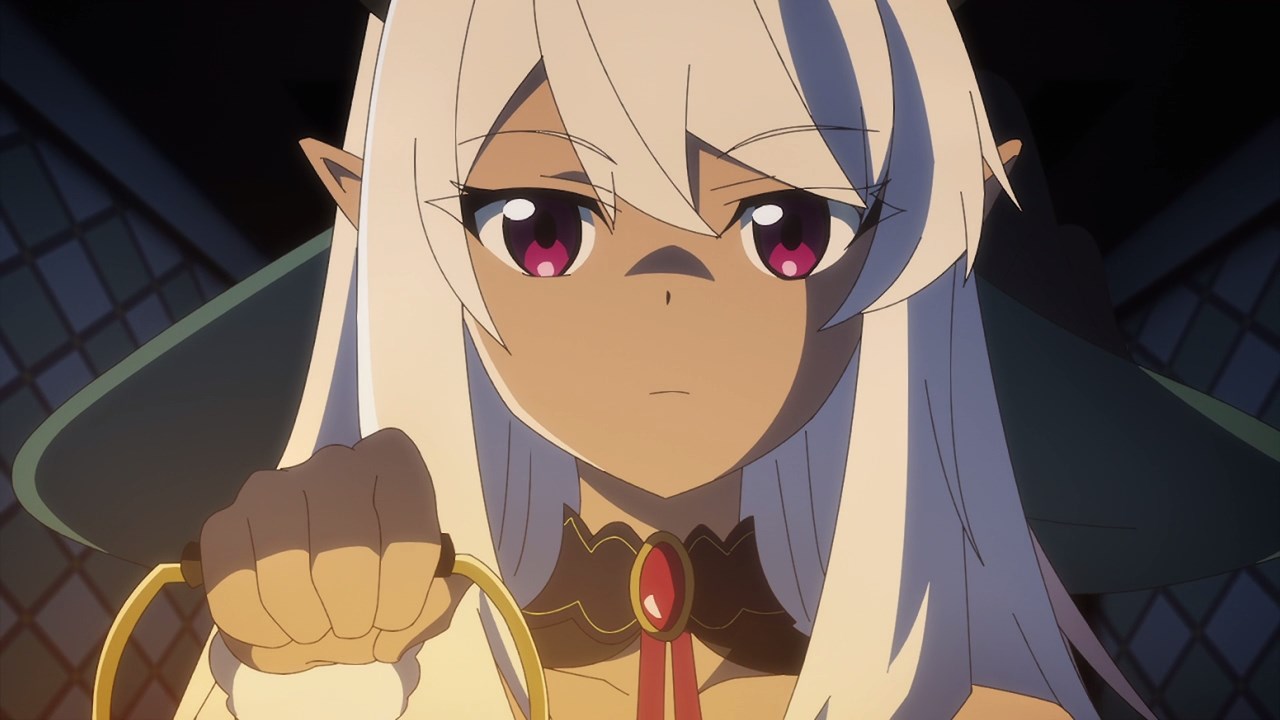 Speaking of Beelzebub, she’s not afraid of ghosts as the Lady of the Flies can kill a ghost with her dark magic. Violence is the solution, huh? 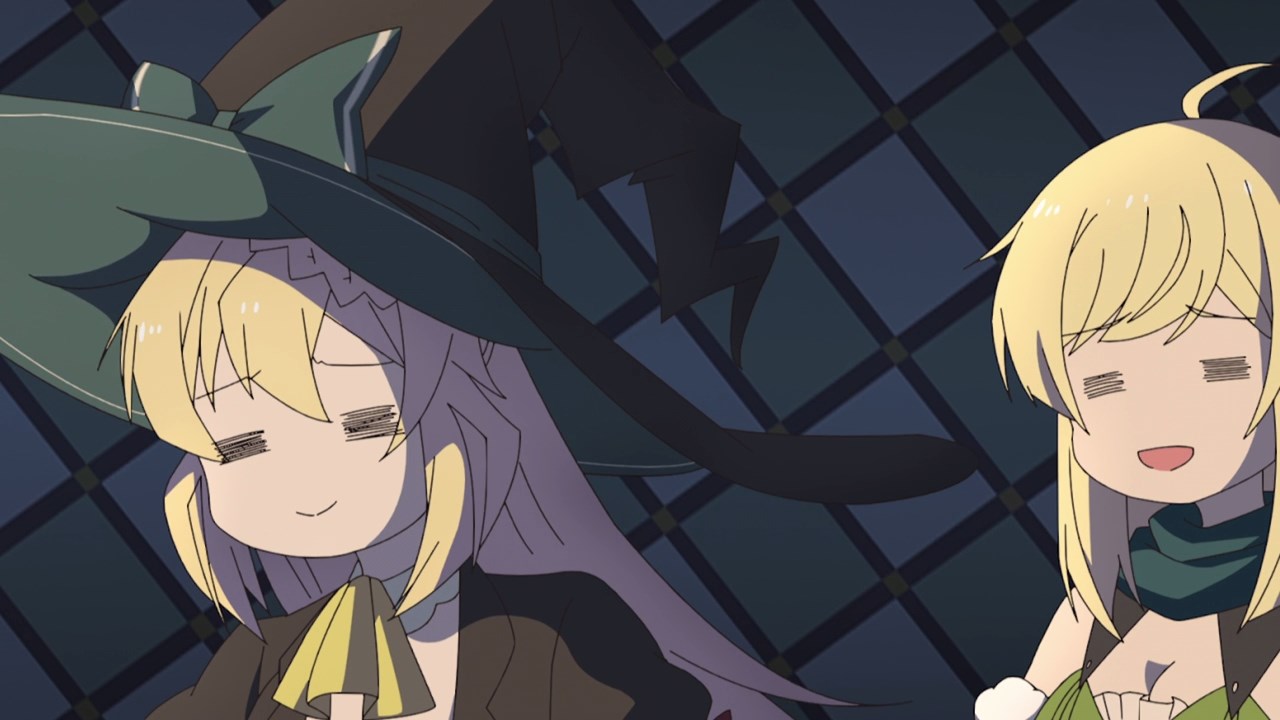 Meanwhile, here’s both Azusa and Halkara where they stay behind Beelzebub as they’re really scared of ghosts.

While the elf is understandable since Halkara is afraid at everything, I found it funny that the strongest witch is afraid of ghosts. 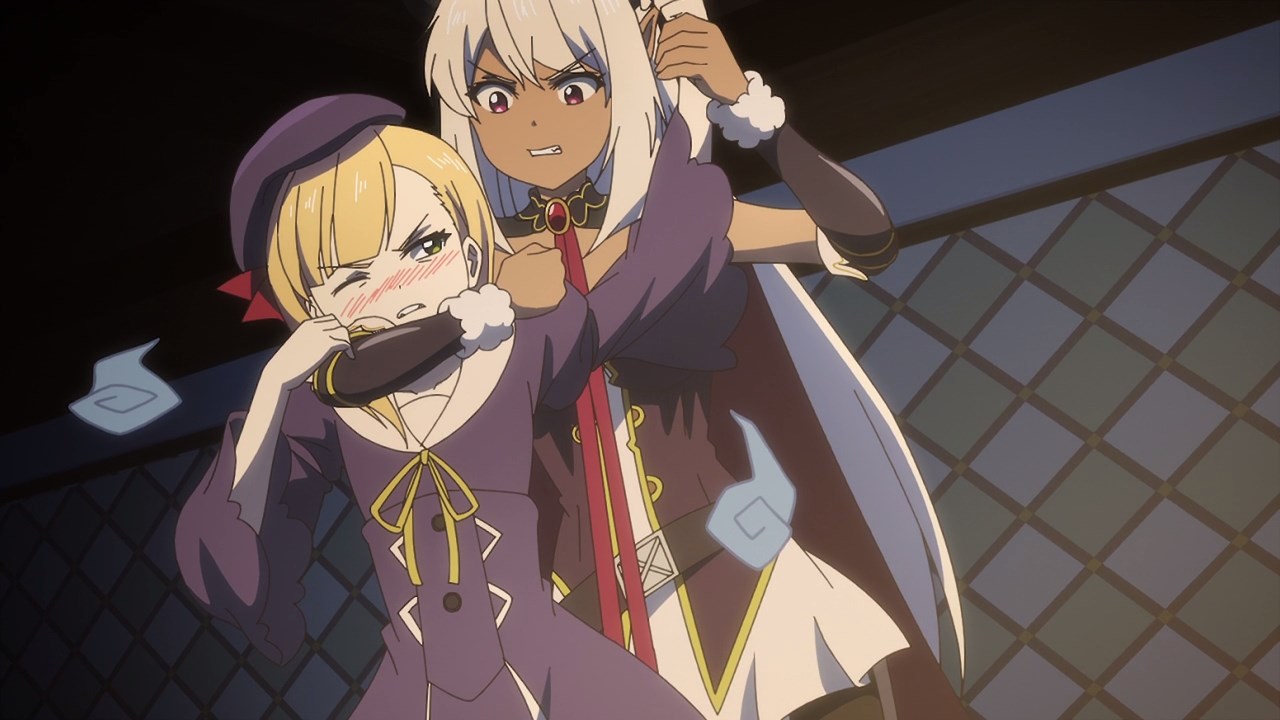 Anyways, looks like Beelzebub managed to grab the ghost with her bare hands. Really amazing from this demon lady! 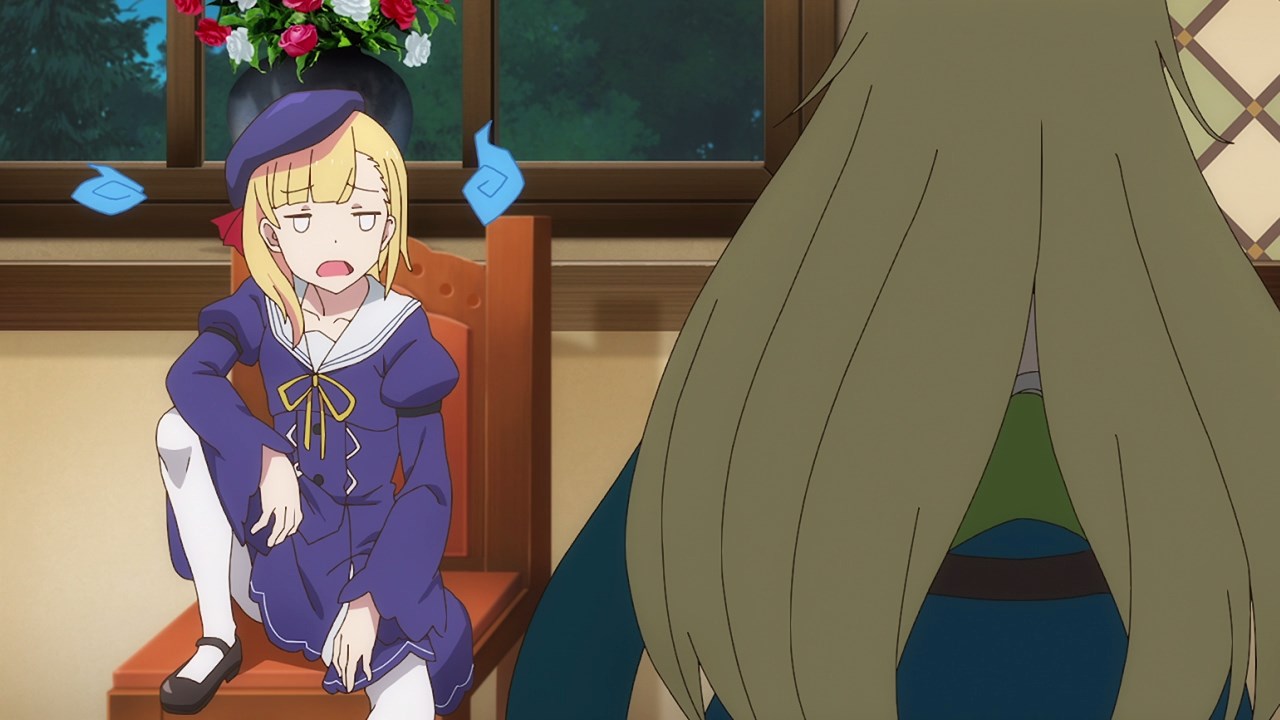 Now then, let’s learn about this ghost as she’s named Rosalie, who got stuck in the factory ever since she committed suicide because of her scumbag parents.

By the way, Rosalie was once a polite girl but once she found out that her parents sold her for chump change, Rosalie became a delinquent that she haunts everyone who dared to disturb her. 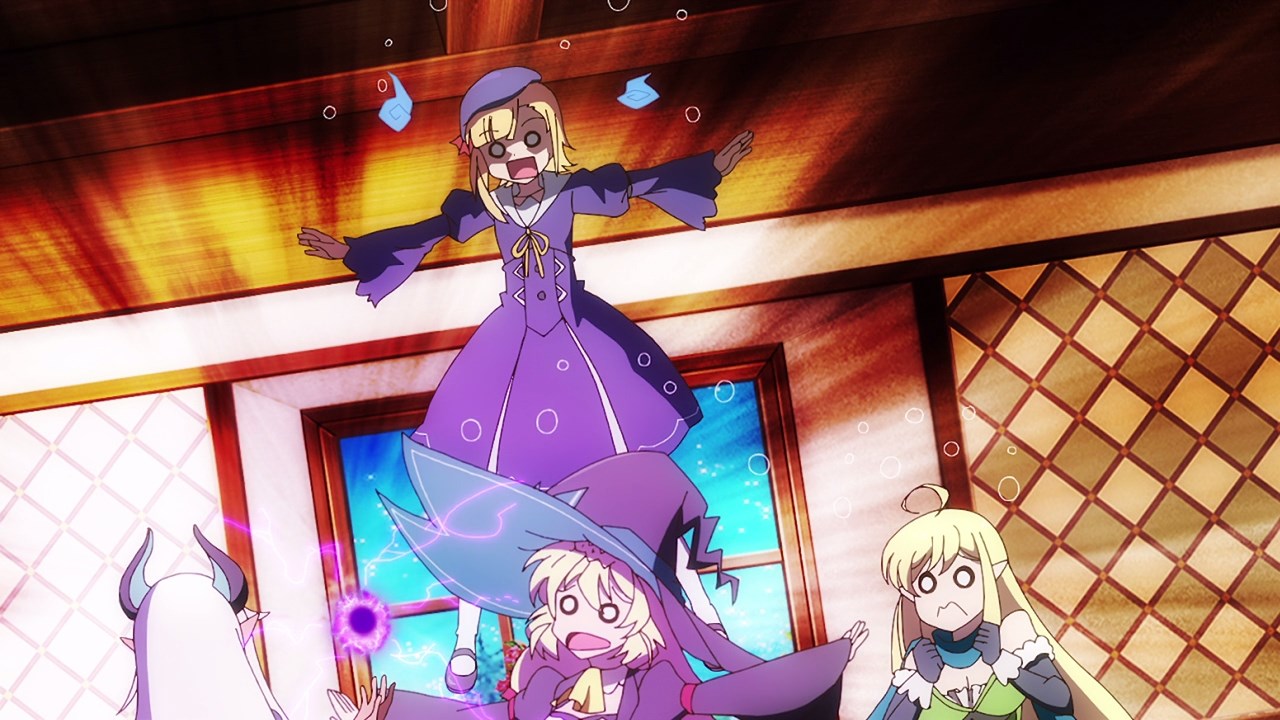 Well, since Rosalie is a bad ghost, looks like Beelzebub will have to exorcise her by destroy her soul.

Then again, Azusa wants another way to take Rosalie out of the factory as she wants to save the ghost rather than letting the demon lady kill it. 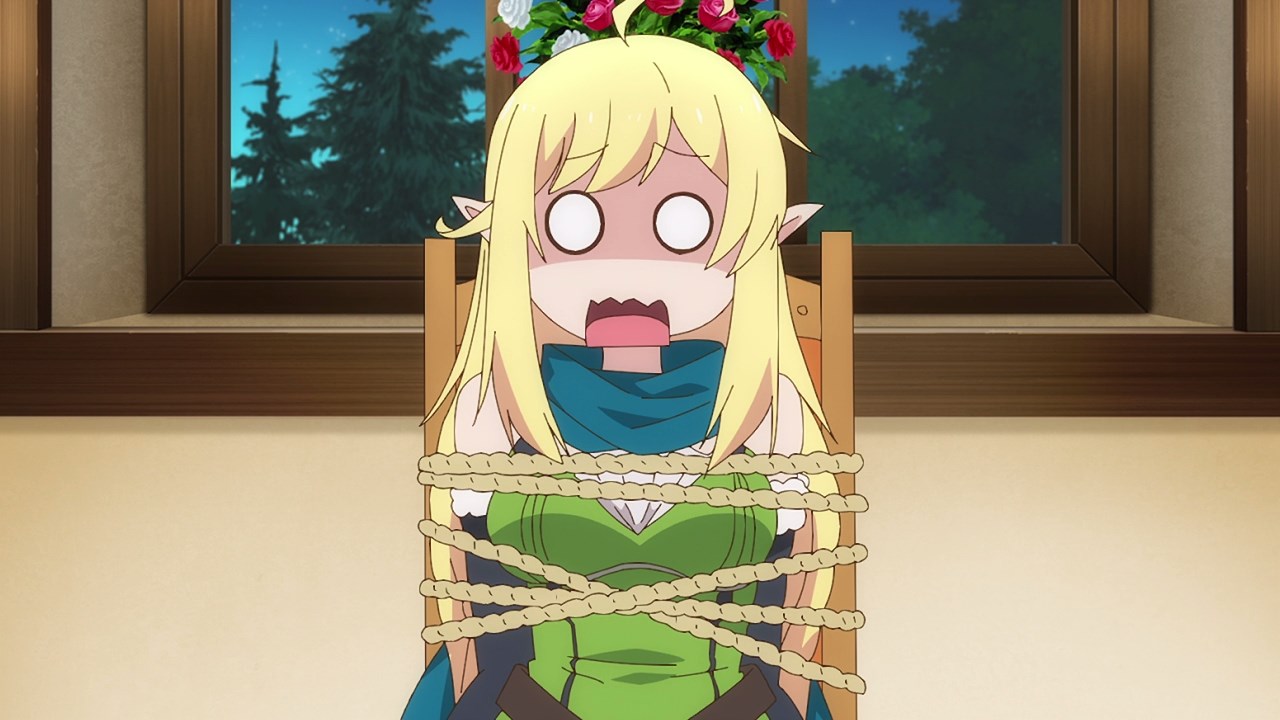 Well, how about letting the ghost possess Halkara’s body as she’s pretty much weak-willed. This is really perfect for Rosalie as she can possess Halkara easily. 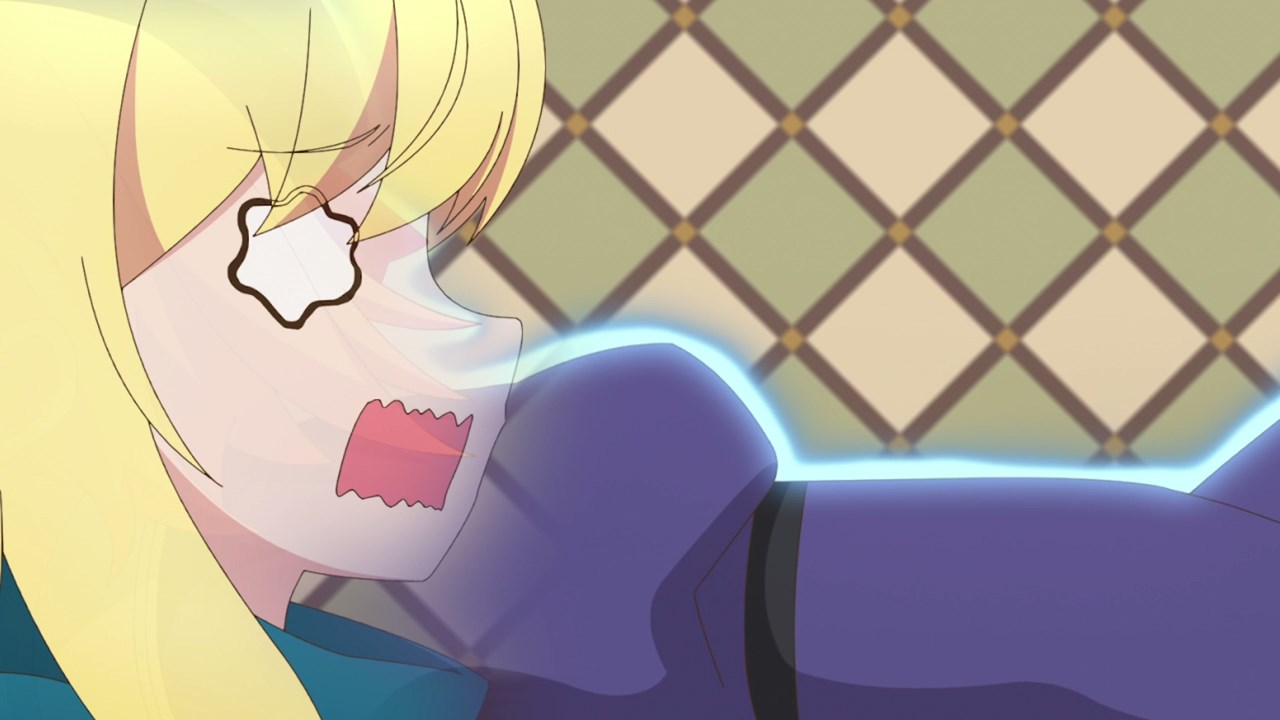 But yes, say goodbye to the busty and ditzy elf as we welcome the rudest ghost on this show. 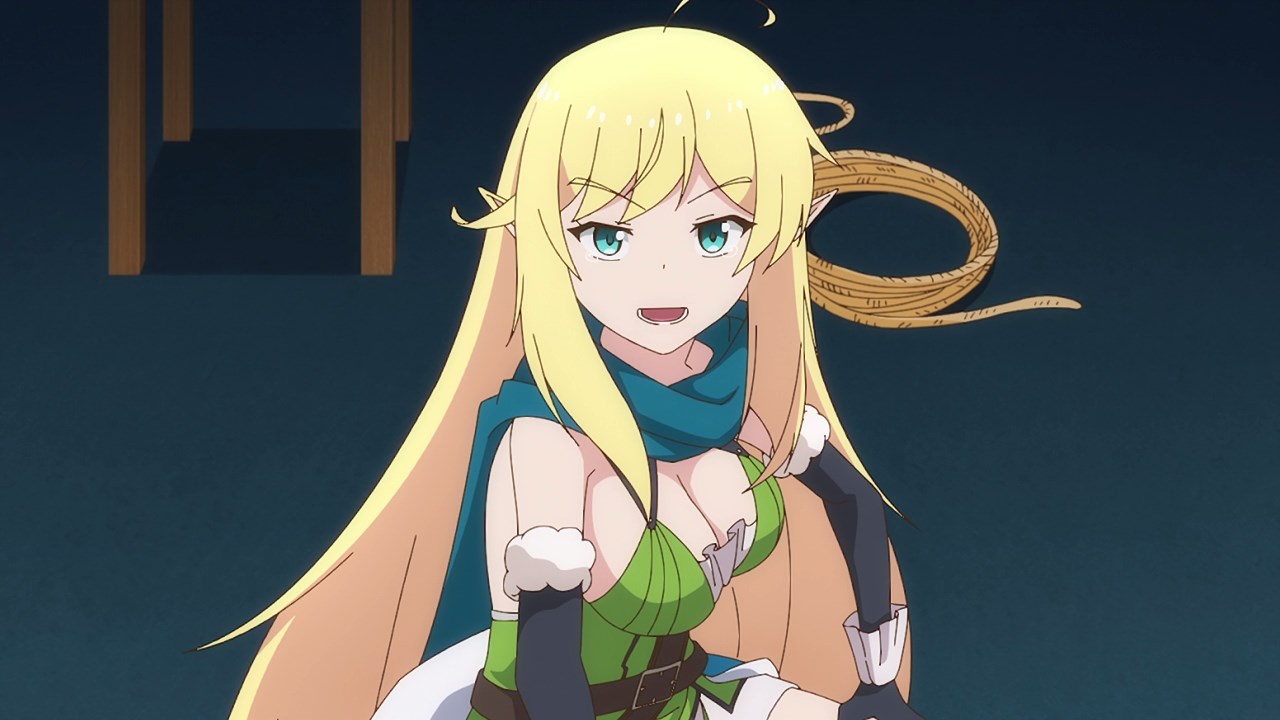 And so, Hal- I mean Rosalie is finally welcomed to Azusa’s family. Time for Rosalie to leave Nascúte as she found a new home. 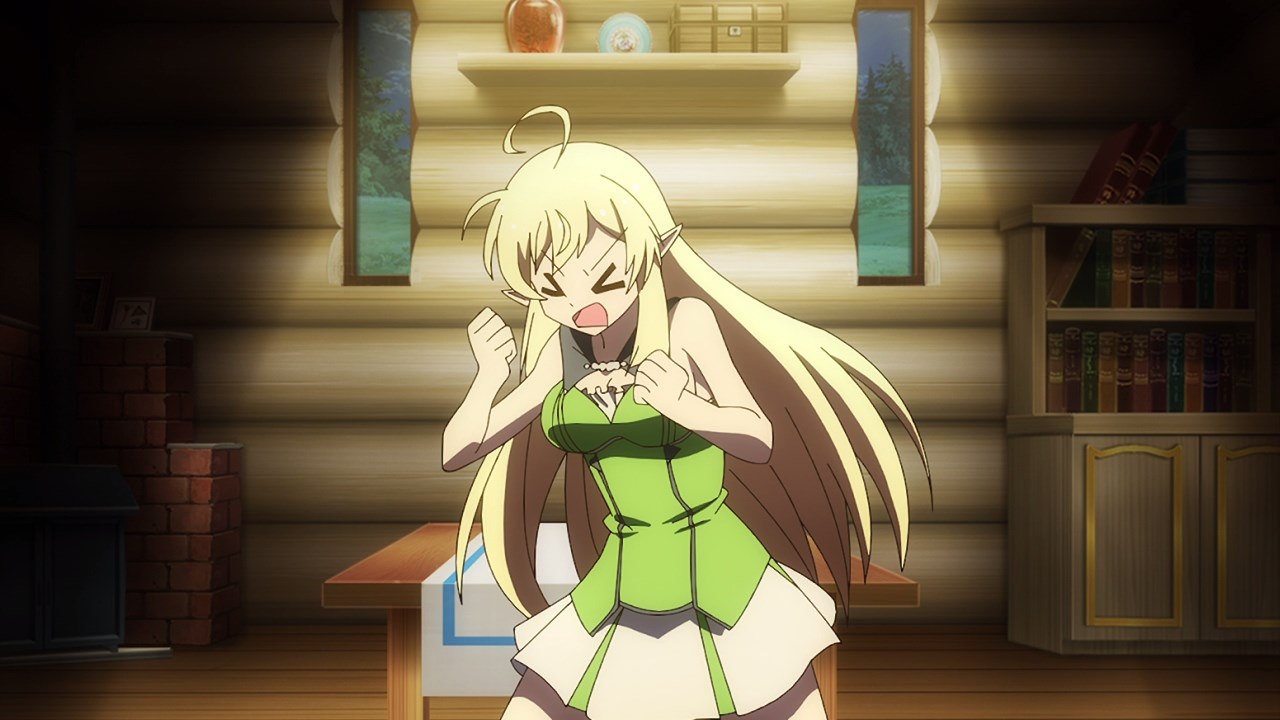 But when Rosalie tries to get out of Halkara’s body, it appears that the ghost is forever bound to the elf’s weak-willed body. Man, this is a problem! 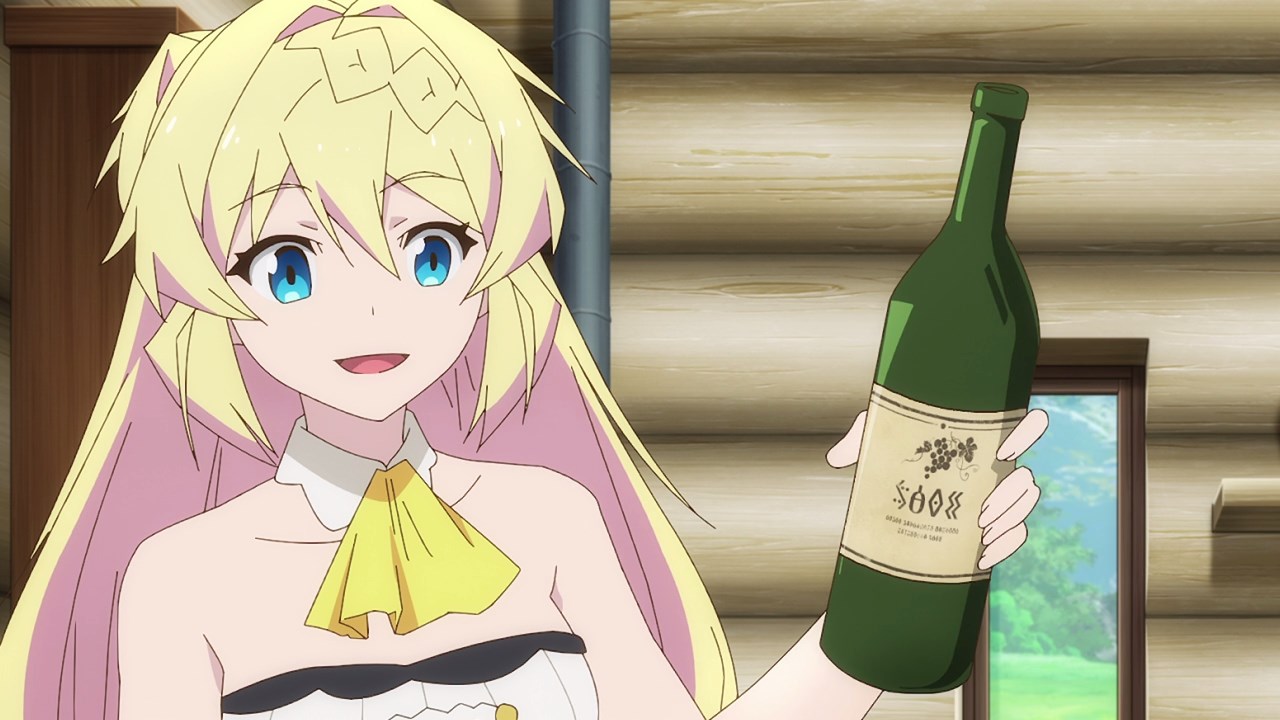 However, Azusa Aizawa has a solution in which the only way to bring Halkara’s soul back is to sober her up with booze. Would it be better if Rosalie drink Nutri-Spirit rather than wine? 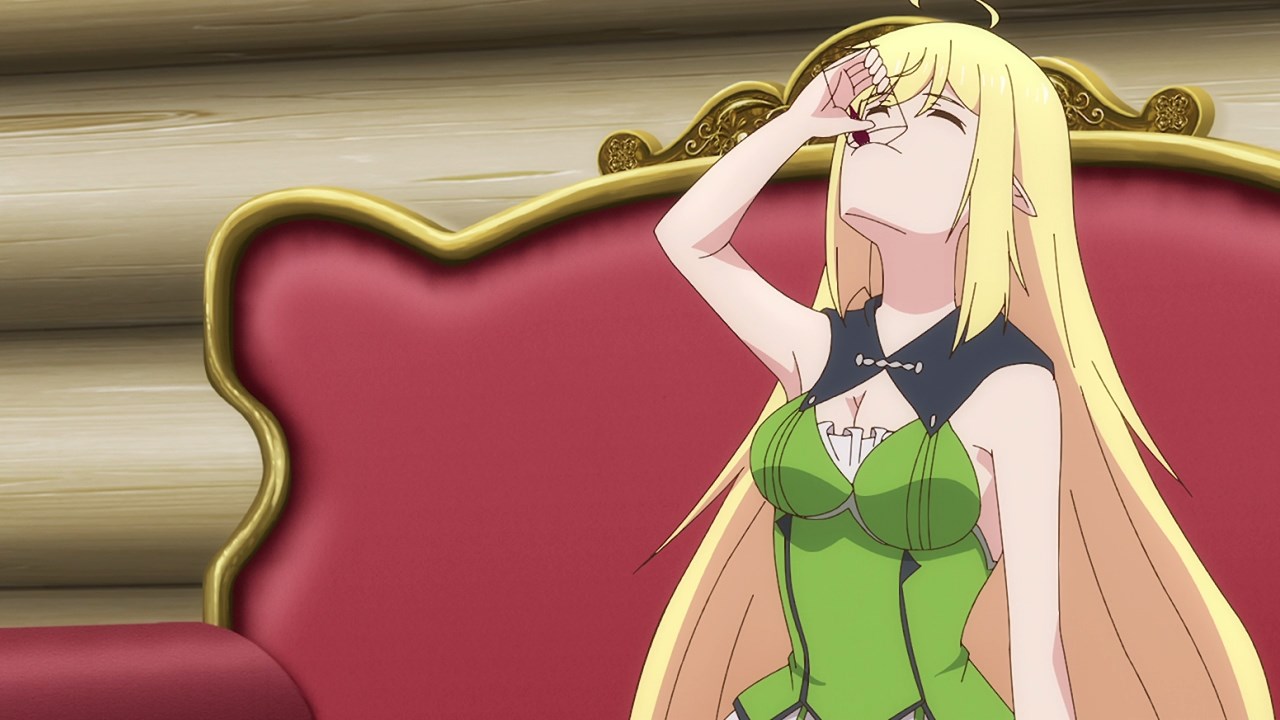 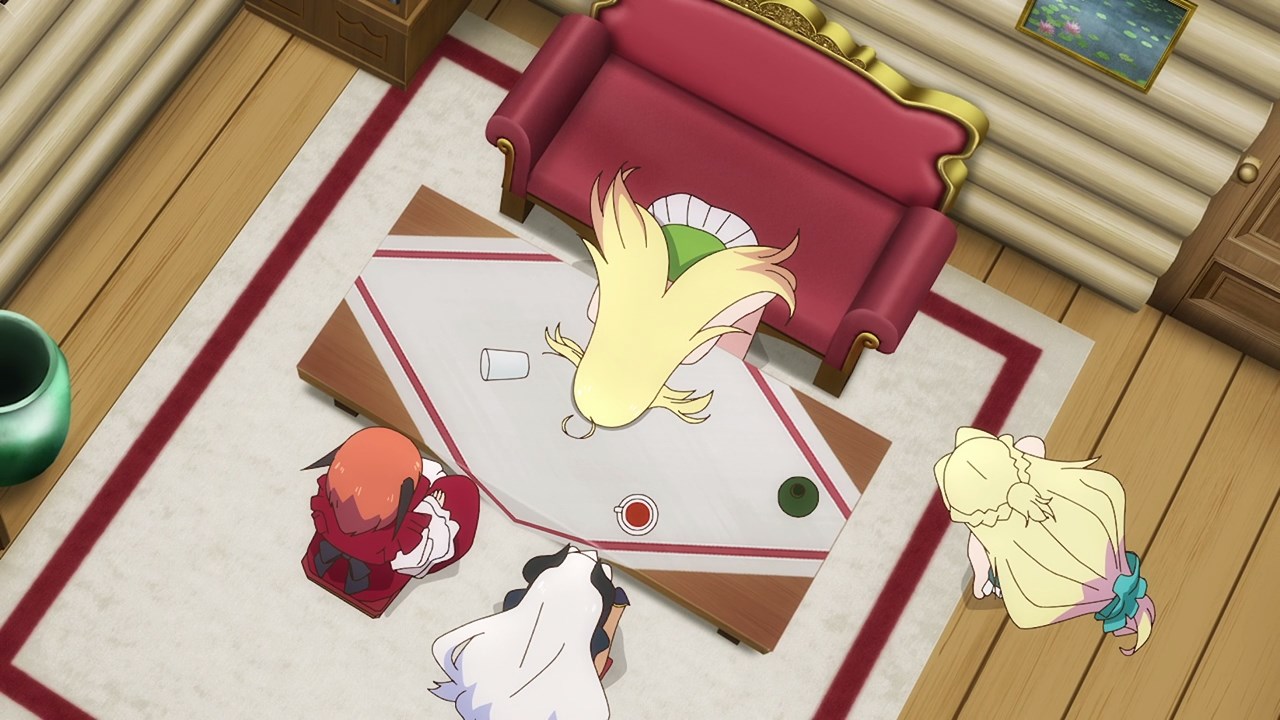 Still, turns out that letting her drink alcohol works as Halkara returned after being possessed by Rosalie’s spirit.

Unfortunately, the ghost is still inside the elf’s body so it’s not over yet. 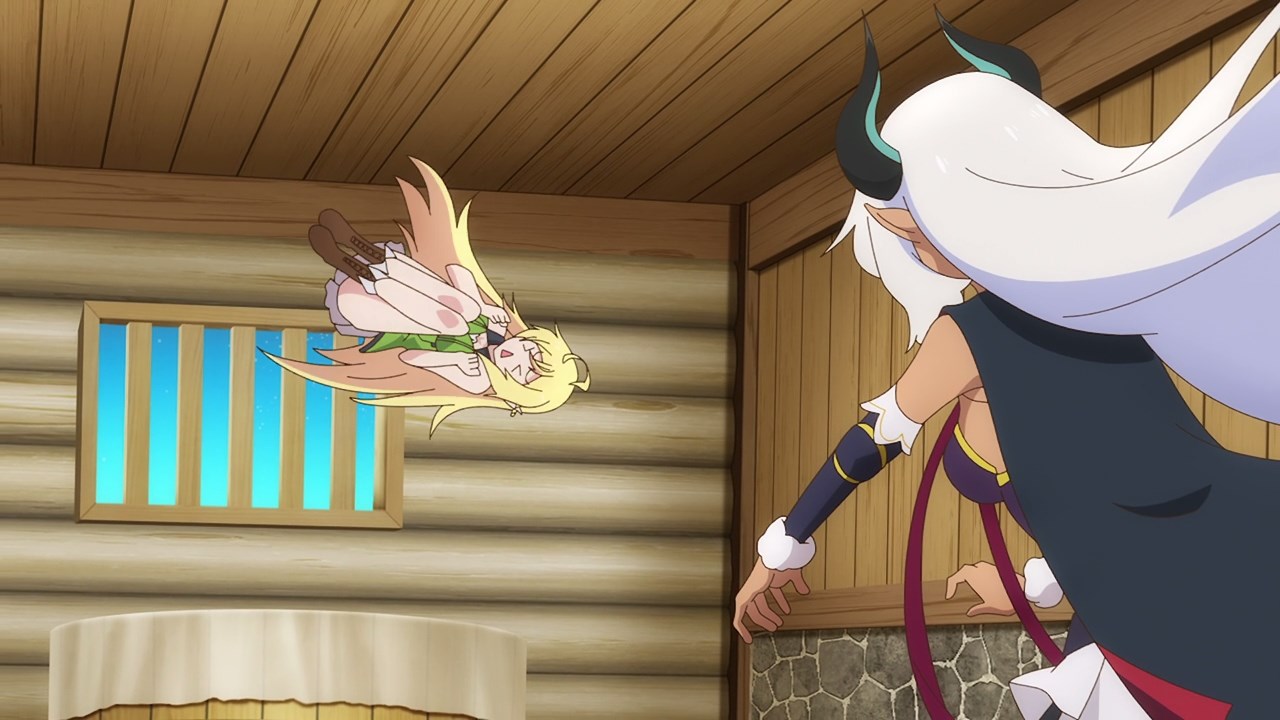 Therefore, the only way to let the ghost out is to dunk Halkara into a tub of frigid cold water, although I really doubt that it’ll work. 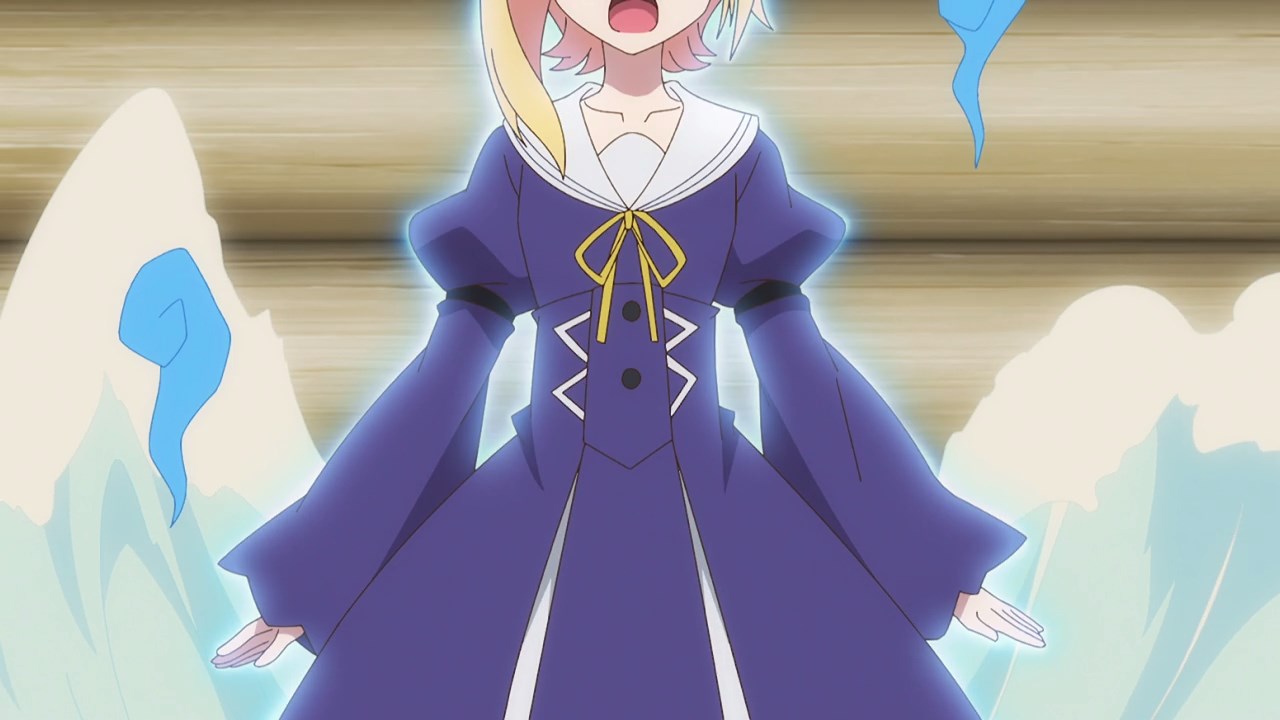 Surprisingly, the cold water method did work out as Rosalie finally got out of Halkara’s body.

Looks like Azusa and her friends are done dealing with a ghost, but it seems that some people are still scared that the factory in Nascúte remained haunted even though Rosalie got out. 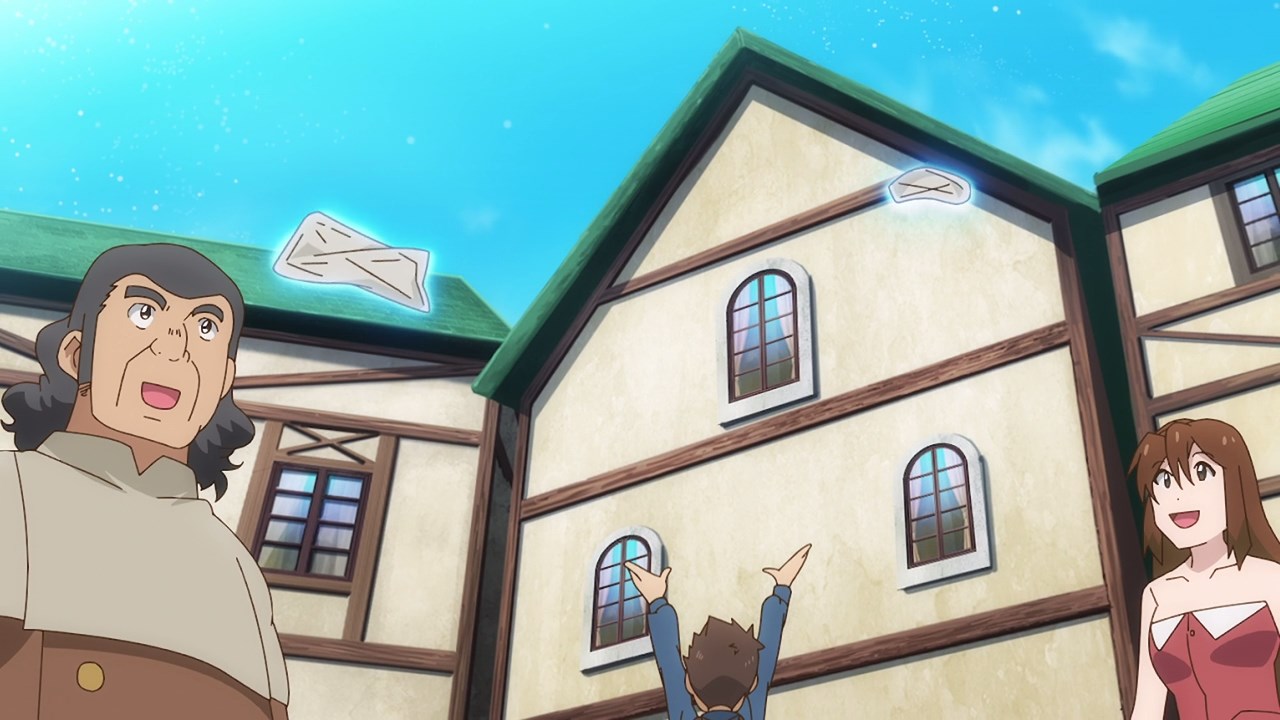 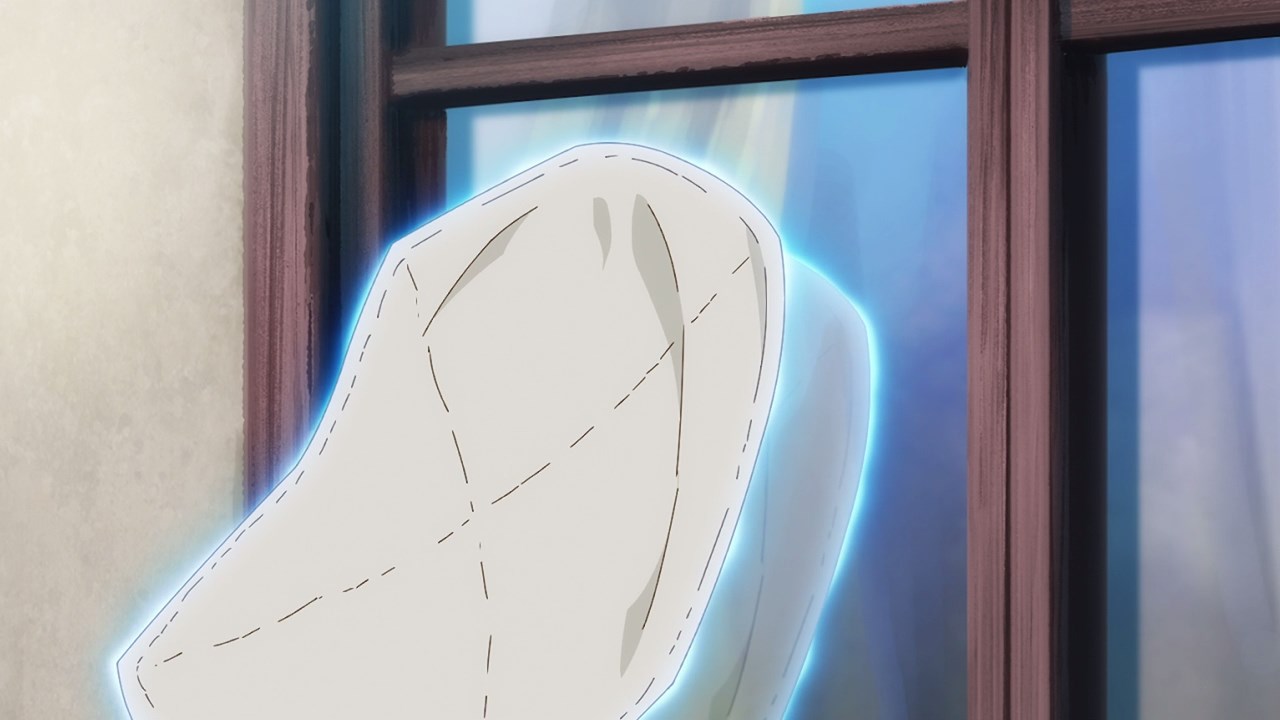 Well, that’s where the ghost decided to be friendly to the mortals as Rosalie cleaned the entire town. Then again, the fact that she wipes the windows without using her hands is quite frightening to some people. 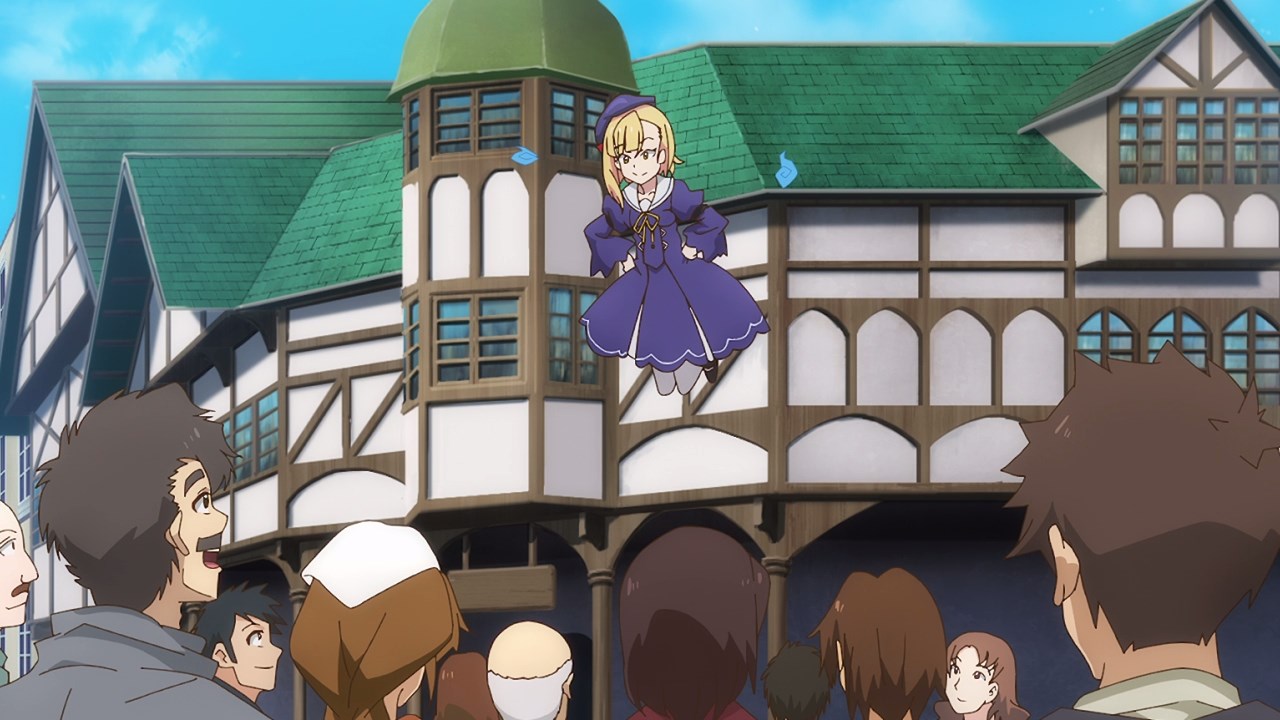 Still, the crowd loved it as Rosalie went from being rude into a friendly ghost much like Casper.

Of course, she’s not gonna stay at Nascúte as Rosalie already found Azusa’s place as her new home. I mean, there’s no point on staying at the factory. 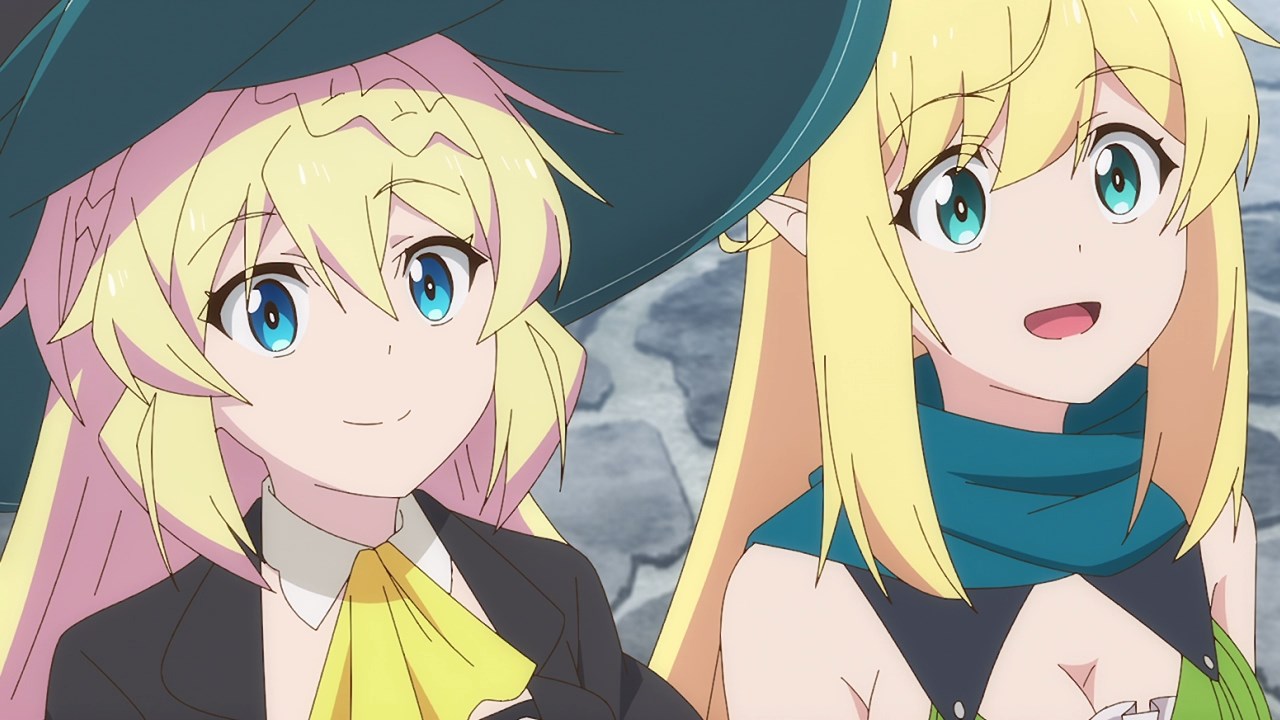 But that’s the end of this episode where not only Halkara has returned, but Azusa’s family got bigger with the addition of Rosalie the ghost.

With that said, tune in next time where Azusa Aizawa might find a new girl that will be added to her family.