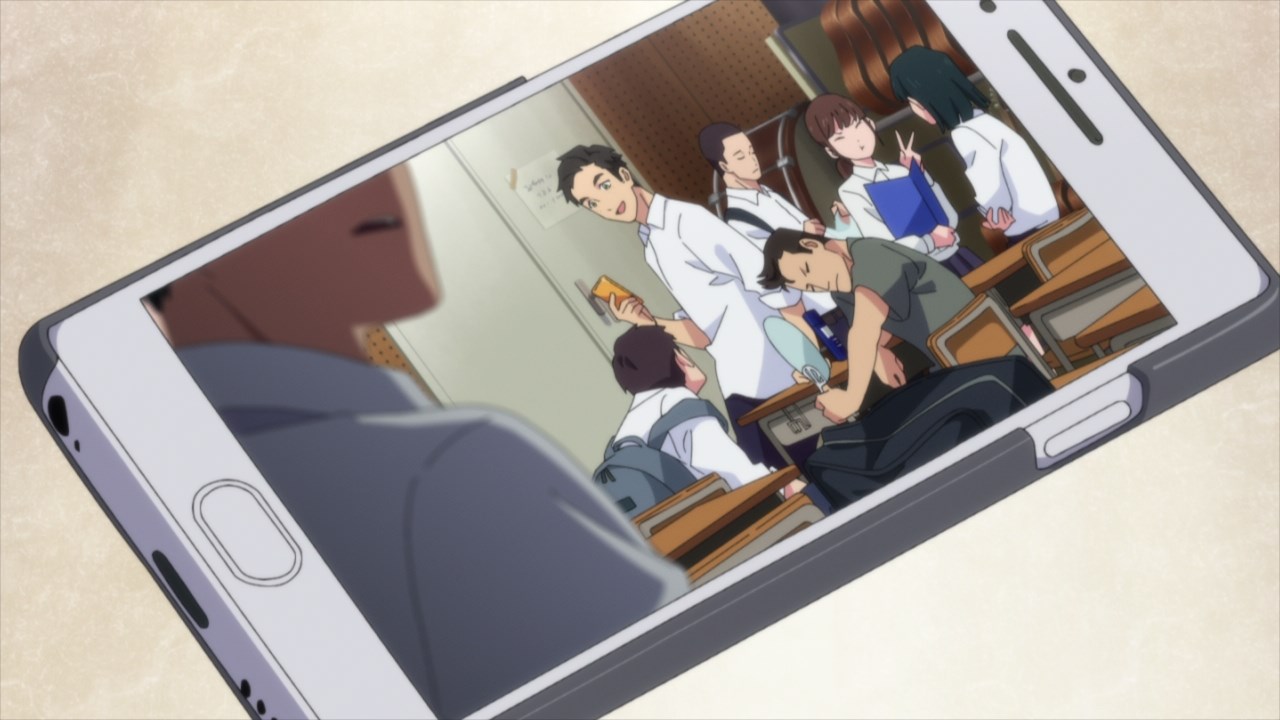 Well, this is interesting as the rumors about Kano’s suicide stems from one man named Futaba Senda in which he and Kano Minami are supposedly lovers during the rehearsal.

Then again, there’s no confirmation if bullying is involved even though there are a few people don’t like their relationship. Fortunately, Fuuma has one of the videos where he can share it to Yume. 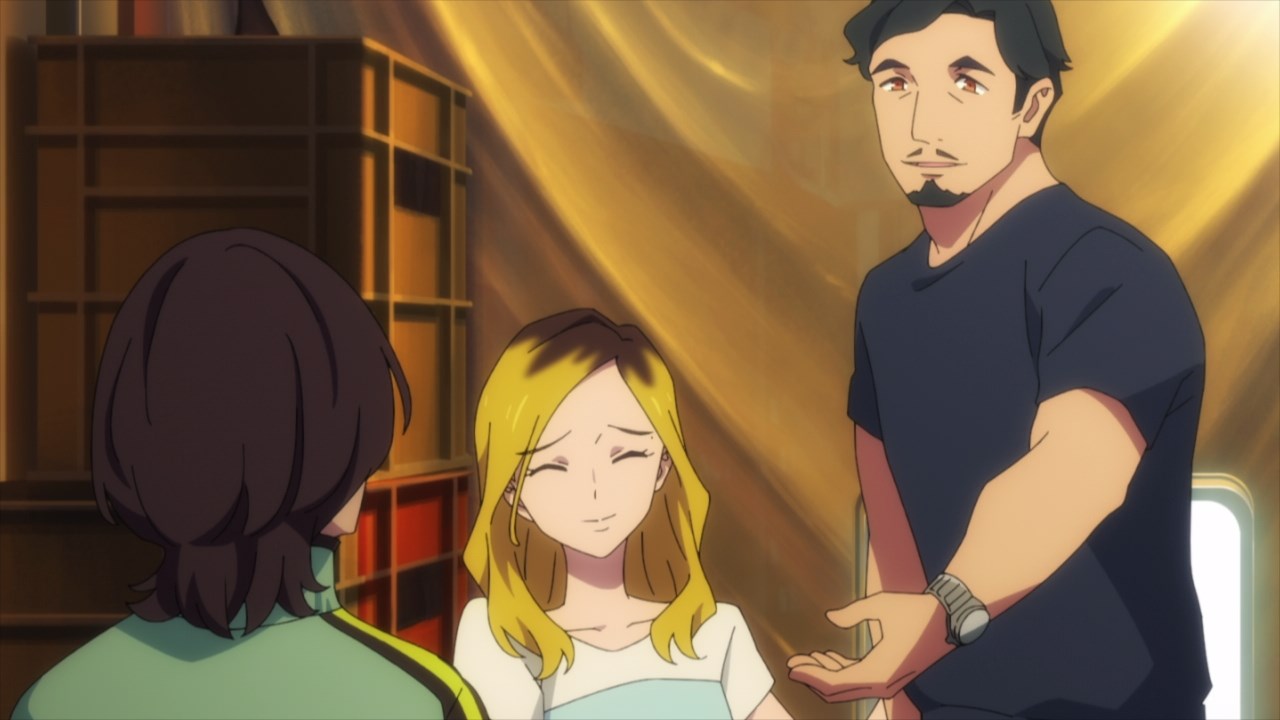 Now let’s focus on Koyomi Yamanaka where he met Inamoto’s husband named Arata Tachibana. Then again, it seems that Koyomi felt out of place as he got lost in the conversation towards his middle school friend. 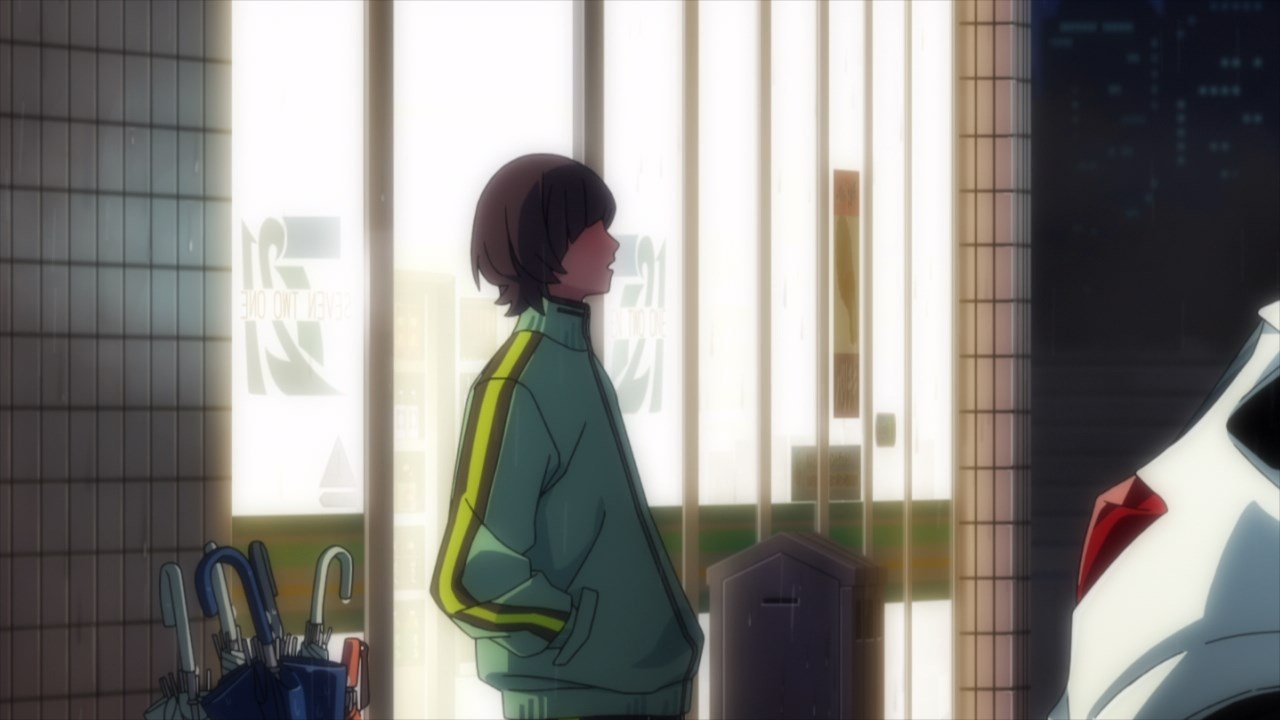 It didn’t take long before Yamanaka left the bar completely drunk. Not only that, but he left his umbrella, meaning that Koyomi will either run towards his house completely-drenched or stay at the convenience store.

Still, Yamanaka is completely heart-broken that his only regret is not dating Inamoto sooner. 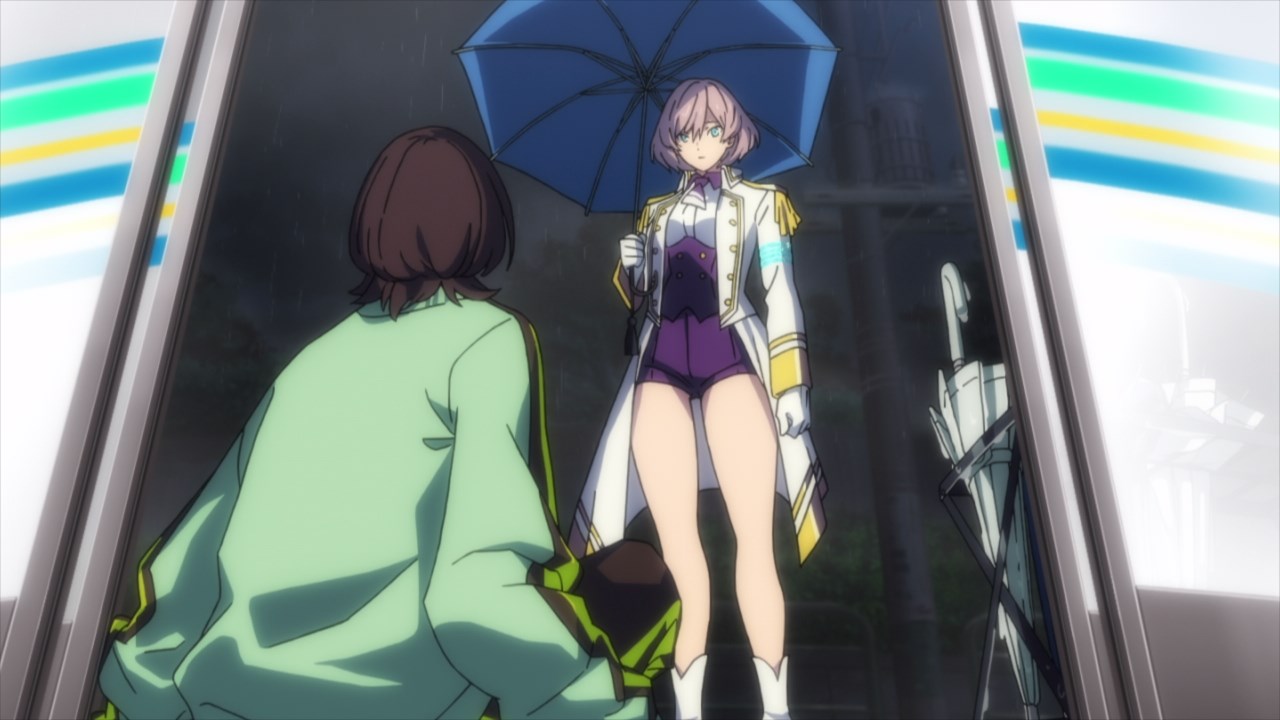 Unfortunately, Koyomi is in danger where he encountered Mujina. Oh boy, I have a feeling that she’ll seduce Yamanaka since he’s sobered-up until Mujina grabs his Dyna Striker. 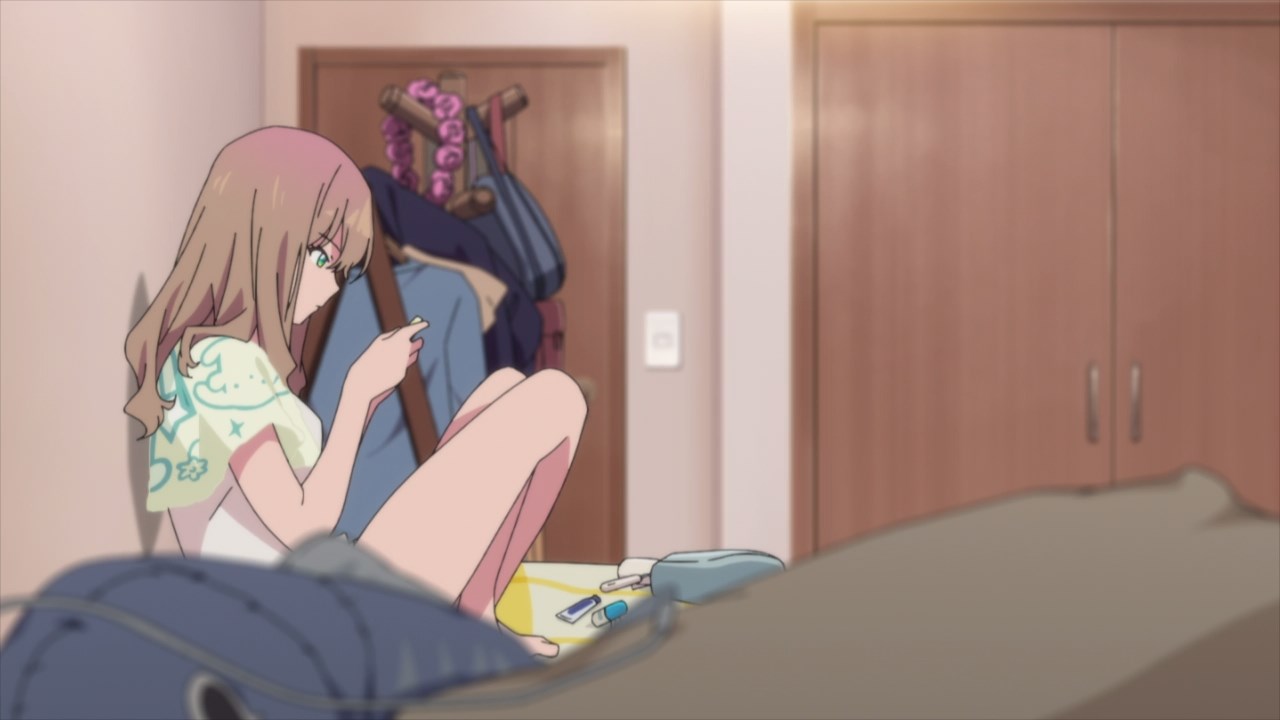 Meanwhile, let’s return to Yume Minami where she got one of the private videos from Fuuma. Let’s hope that Yume find some answers. 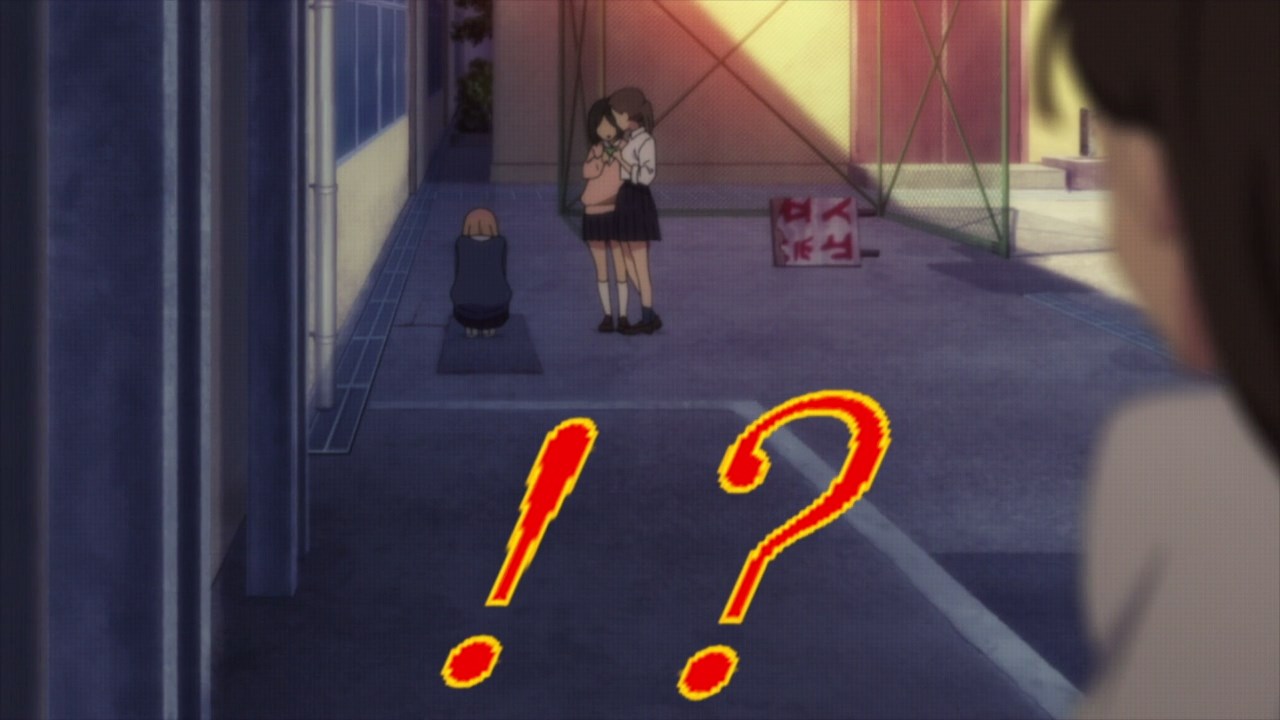 But, what she got was pretty vague as even though they made a prank towards Kano, there’s no indication on whether if it’s malicious or not. Guess Yume needs to search more. 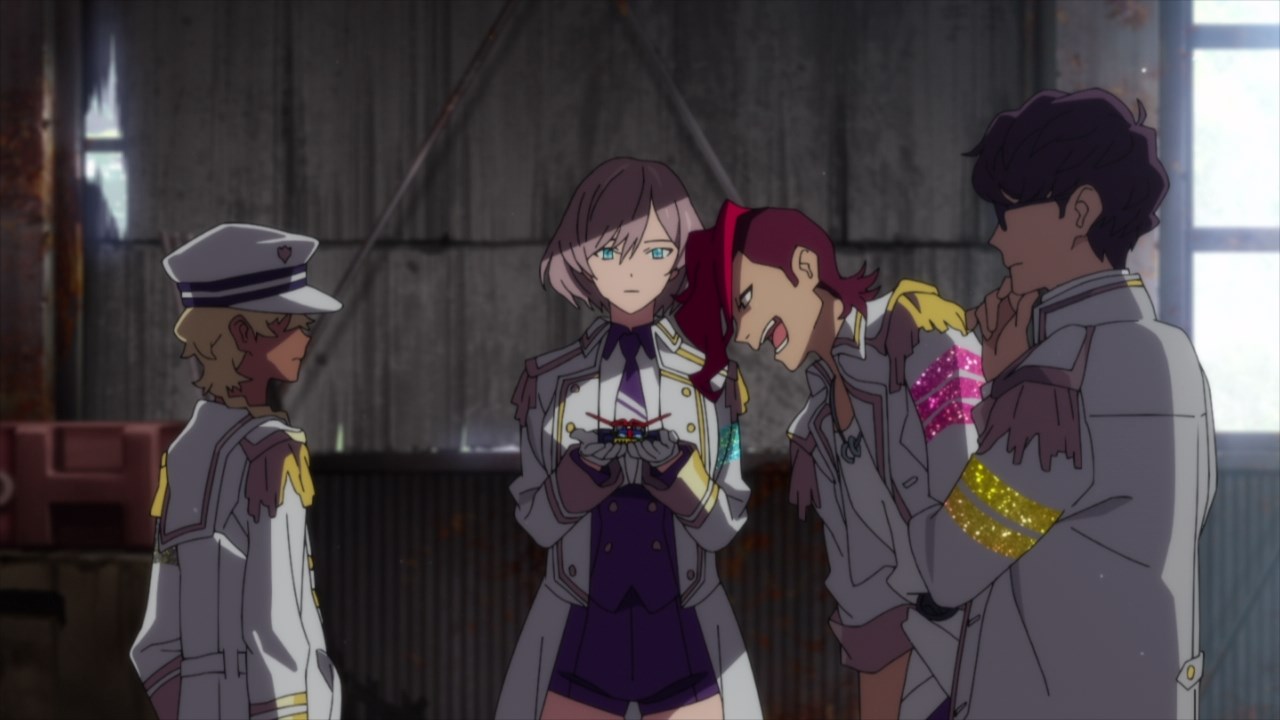 Now then, it looks like Mujina got a hold of Koyomi’s Dyna Striker, meaning that Onija can crush it or use as a bargaining chip in order for Gauma to return to the group. Then again, neither of those choices are unacceptable. 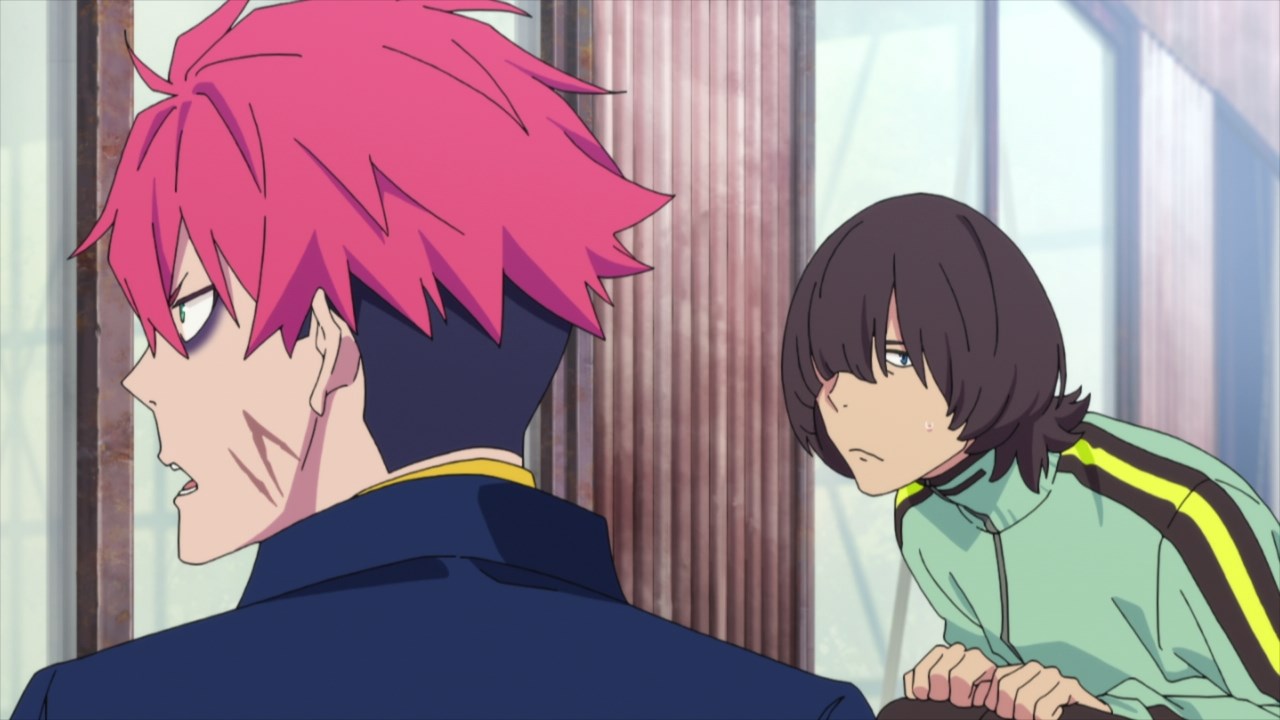 Speaking of Gauma, he told Koyomi Yamanaka to distract the enemy or tackle Mujina.

Then again, Yamanaka is not the guy who has full confidence on dealing with the eugenicists. Heck, they might kill Koyomi should he fail. 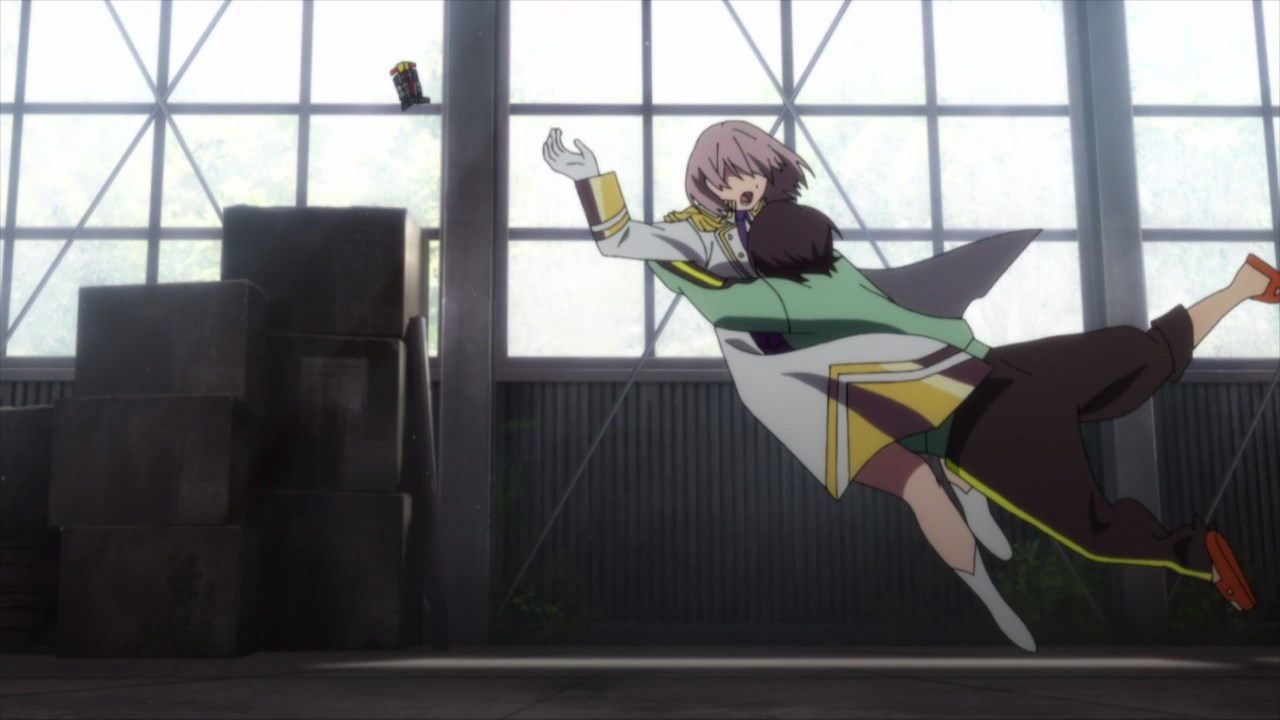 But you know what, Koyomi needs to be even more brave as he tackle Mujina. Oh yeah, looks like she drop the Dyna Striker, meaning that Gauma can take it. 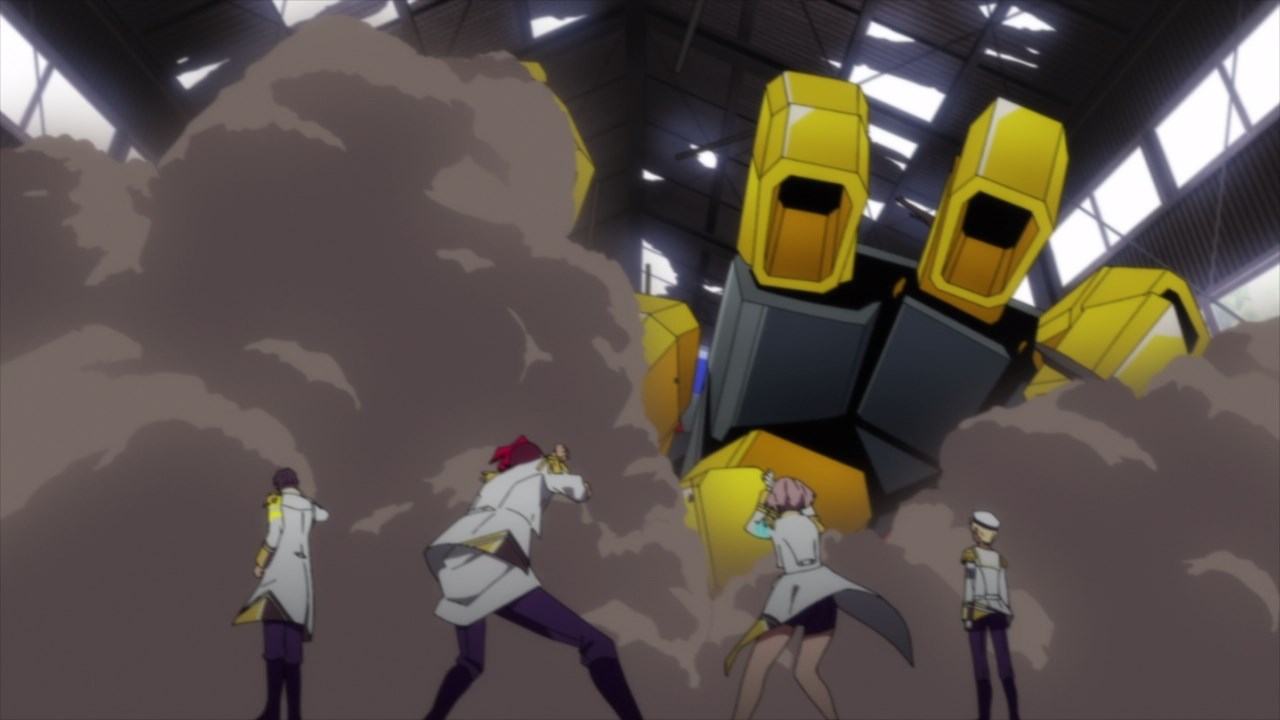 Thanks to Yamanaka, Gauma activated Dyna Striker and proceed to crush the eugenicists without hesitation. 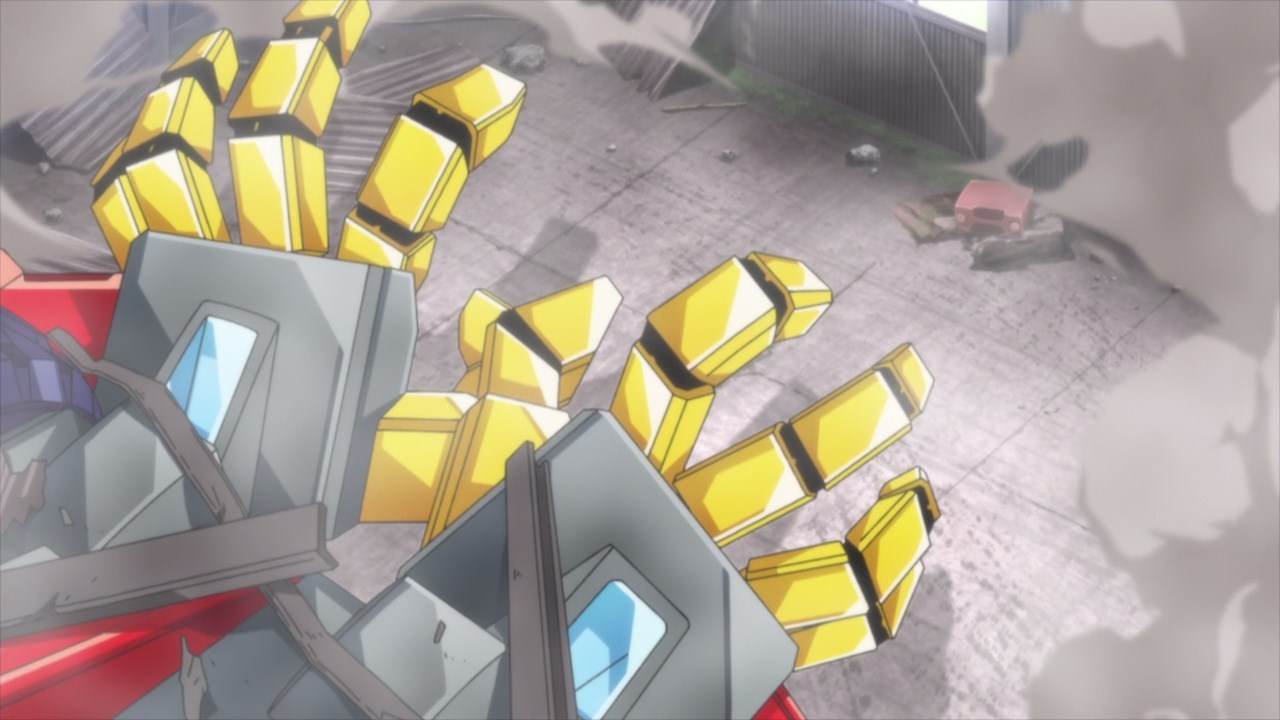 But, the Kaiju Eugenicists got away safely just as he’s about to crush them with Dyna Striker’s hands. Wasted opportunity there, Gauma. 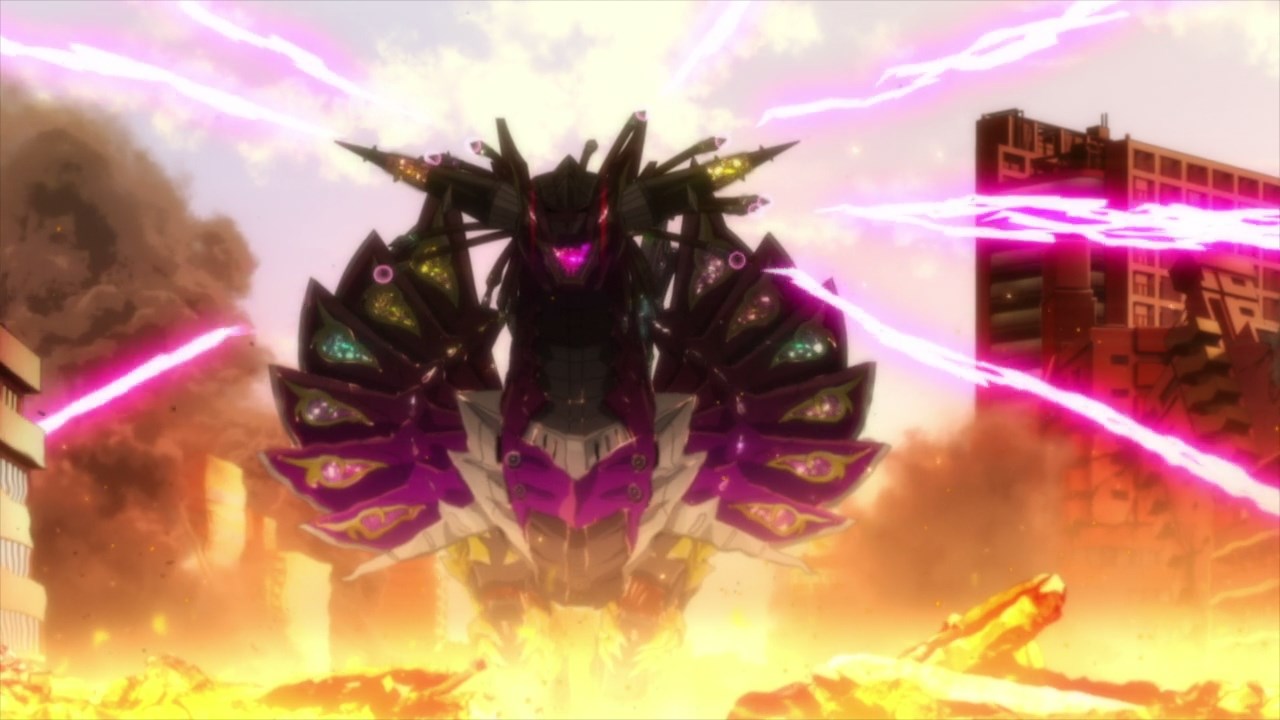 Well everyone, it’s time for another kaiju in which this monster named Bullbind is the most terrifying of all. And you want to know how it got stronger? 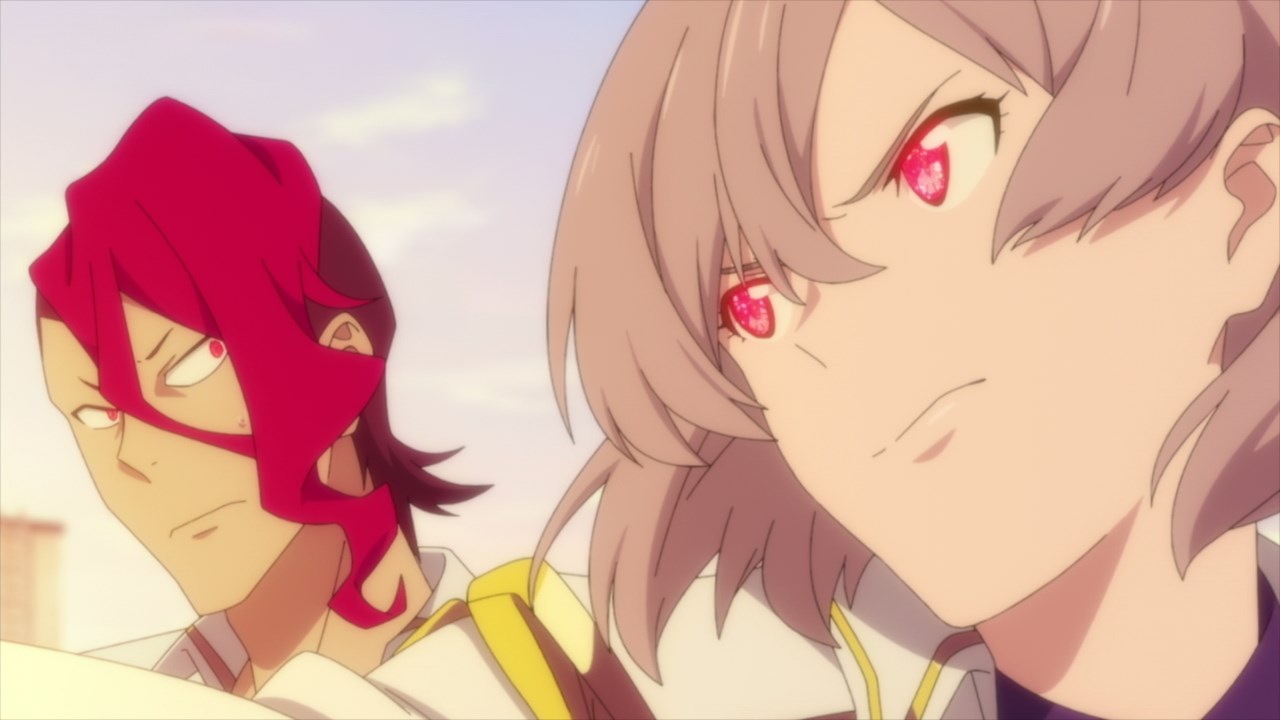 Turns out that it’s being controlled by both Onija and Mujina. Man, I’m worried that Dynazenon will lose. 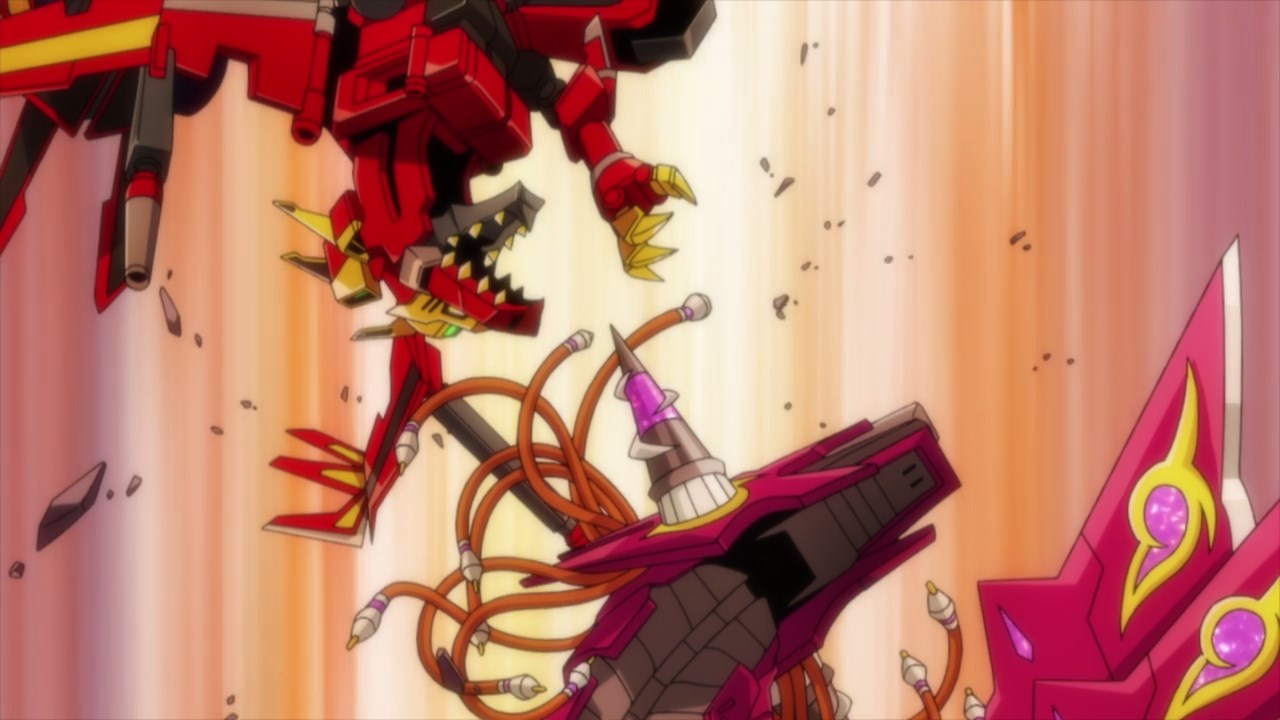 And sure enough, Gauma and his friends are being overwhelmed by Bullbind. At this point, Dynazenon will be destroyed. 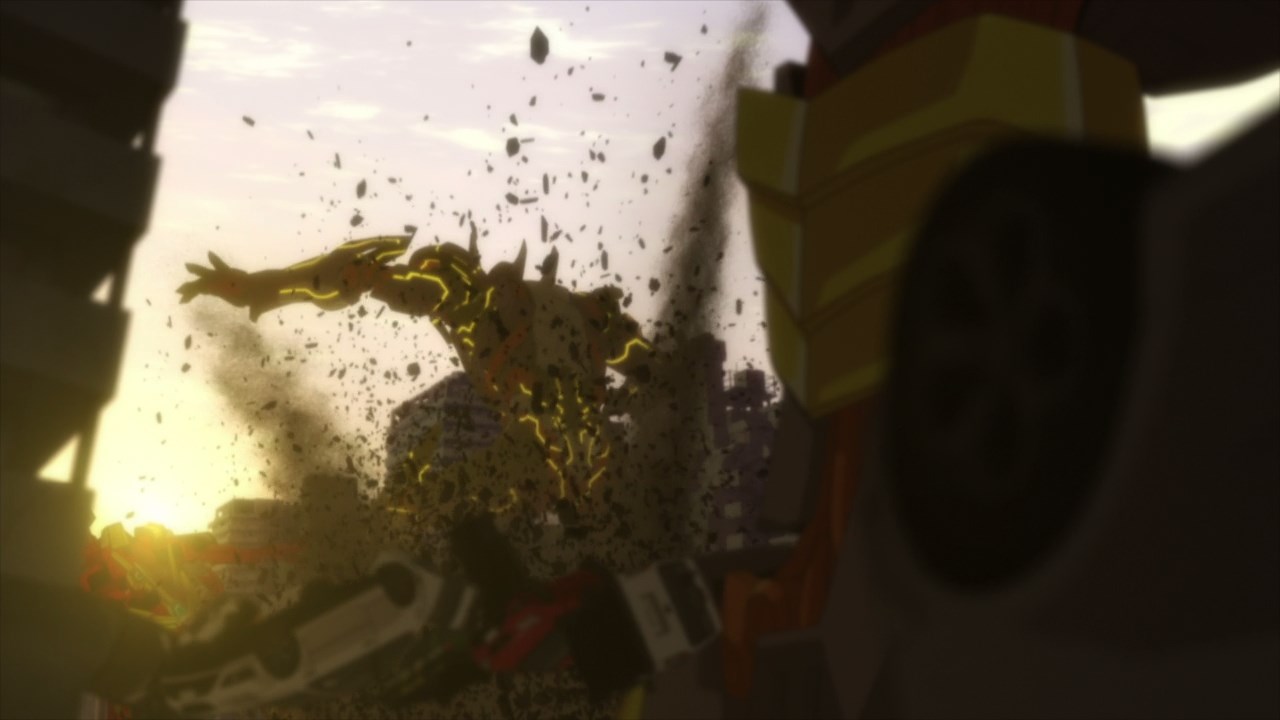 However, a certain hyper agent appeared to save Dynazenon from being defeated. Wait a minute, isn’t that Gridman? 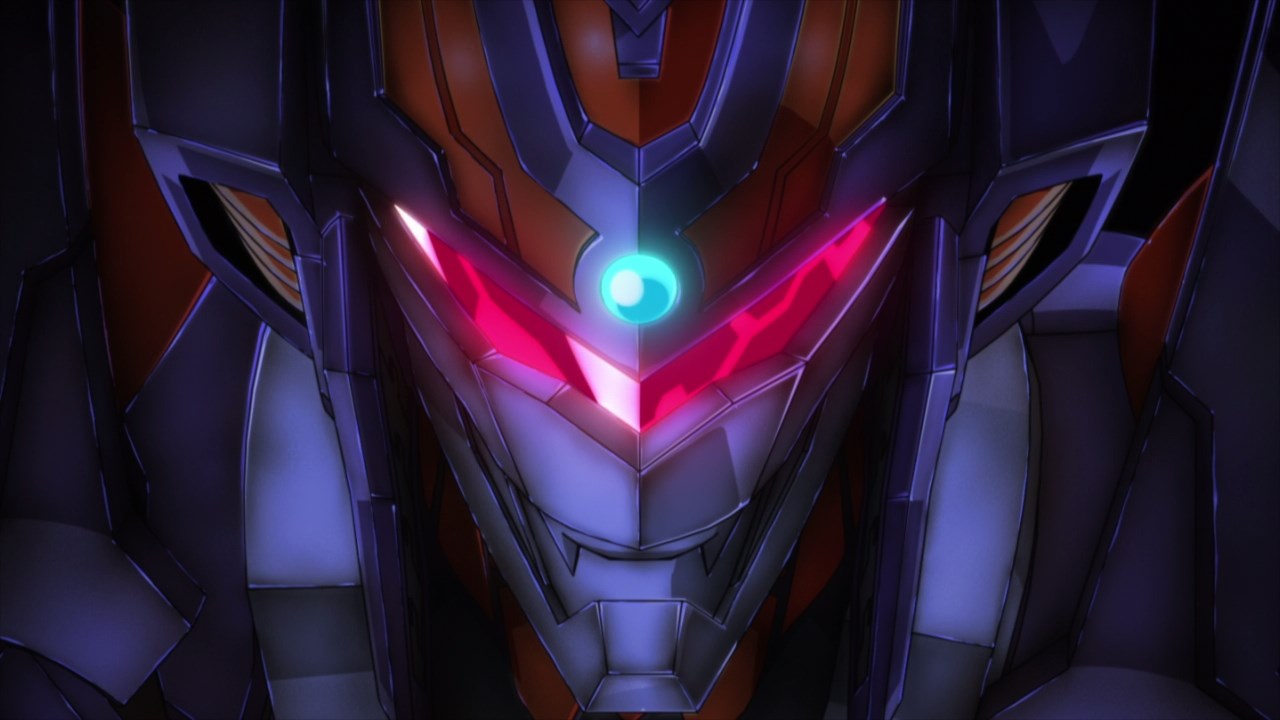 No, it’s actually Gridknight as I can’t believe that Anti has returned. Then again, I don’t think Anti is back for this spin-off so it could be a different hyper agent.

Still, this is a gamechanger in SSSS.DYNAZENON as Gauma and his team got a strong ally that would defeat the Kaiju Eugenicists. But let’s wait and see next time.