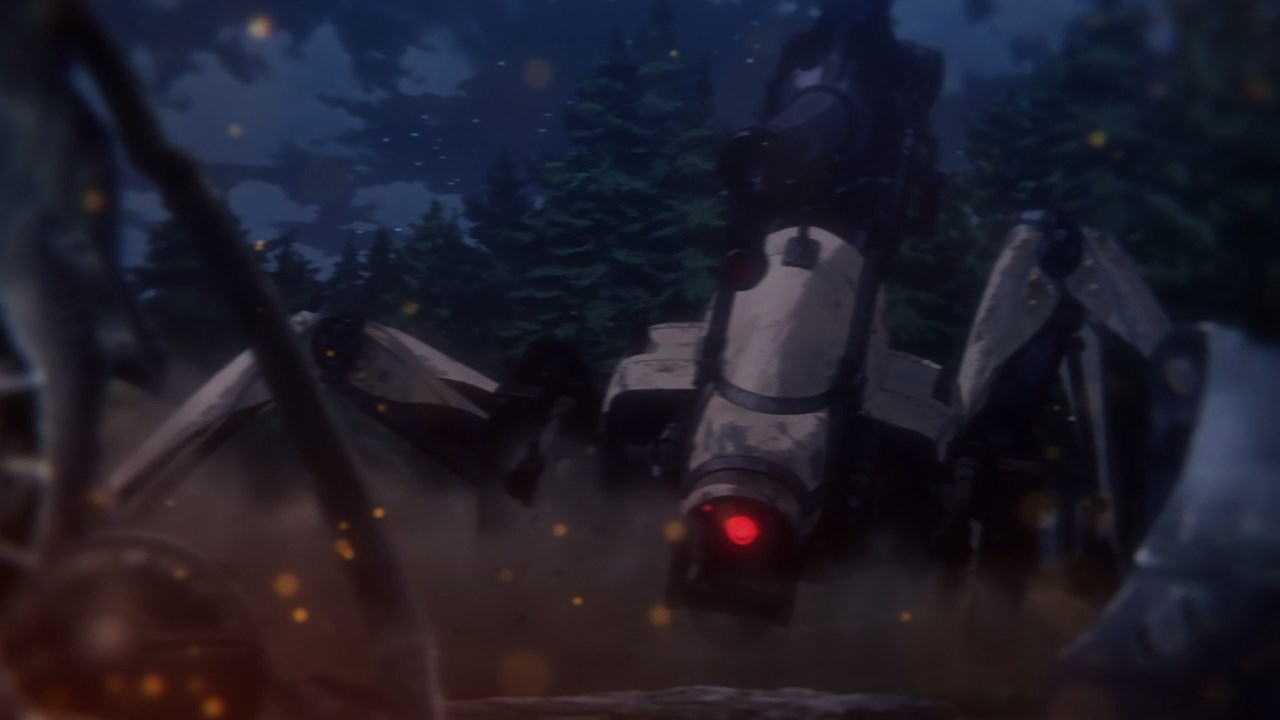 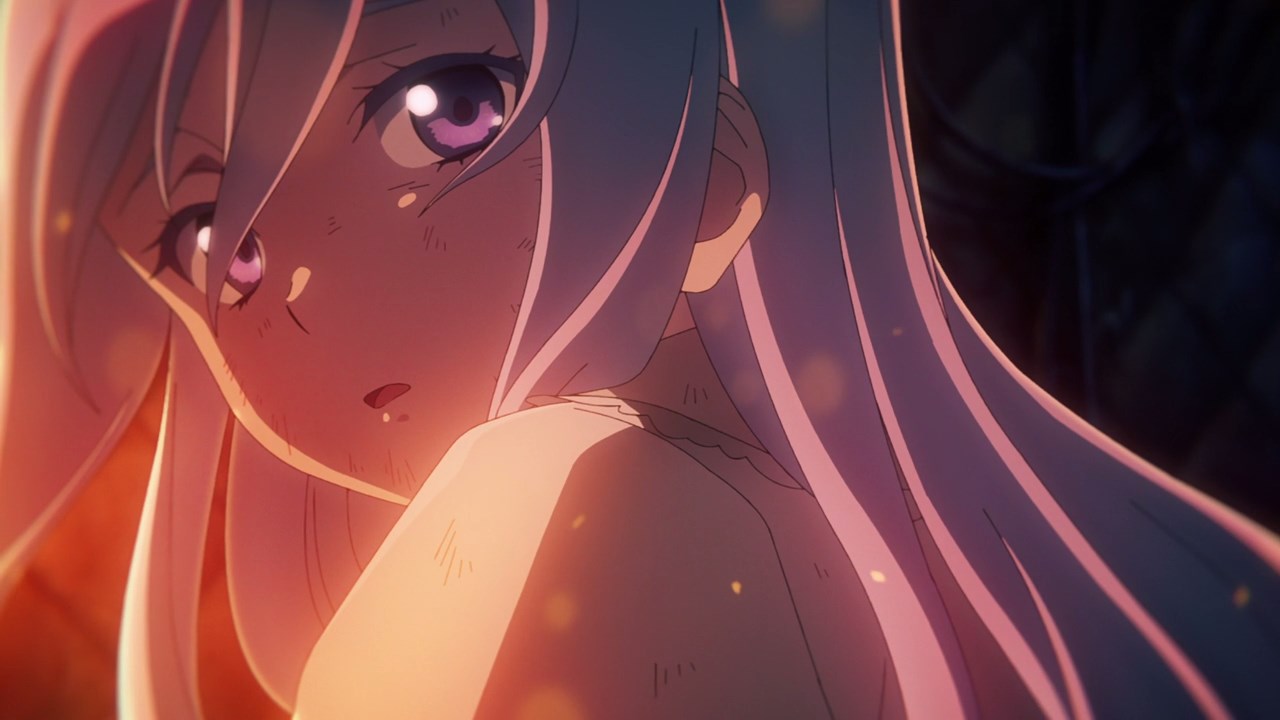 Let’s start this episode with a flashback where a young Vladilena Milizé encountered a Juggernaut, San Magnolia’s Legion in which this machine saved her life, although Vaclav and the rest of the crew are already perished. 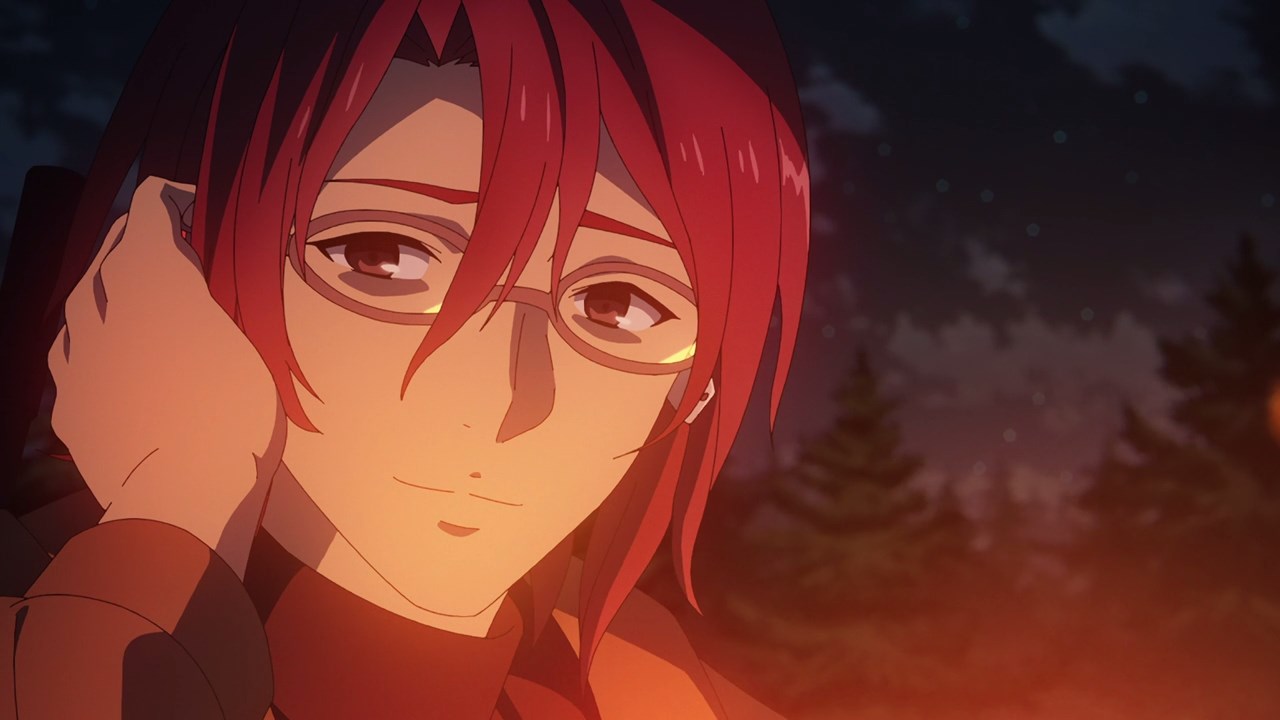 Anyways, this is Shourei Nouzen in which he’s the one who saved Lena Milizé from being killed by a Legion. Had Shourei didn’t save Lena back then, there won’t be a decent commander that will handle the 1st UTV Squadron and possibly lose the war earlier than expected.

Sadly, Shourei or Rei as he’s known back then was killed in the eastern front, although his death is somewhat suspicious because there’s no way Shourei would perish on the battlefield. 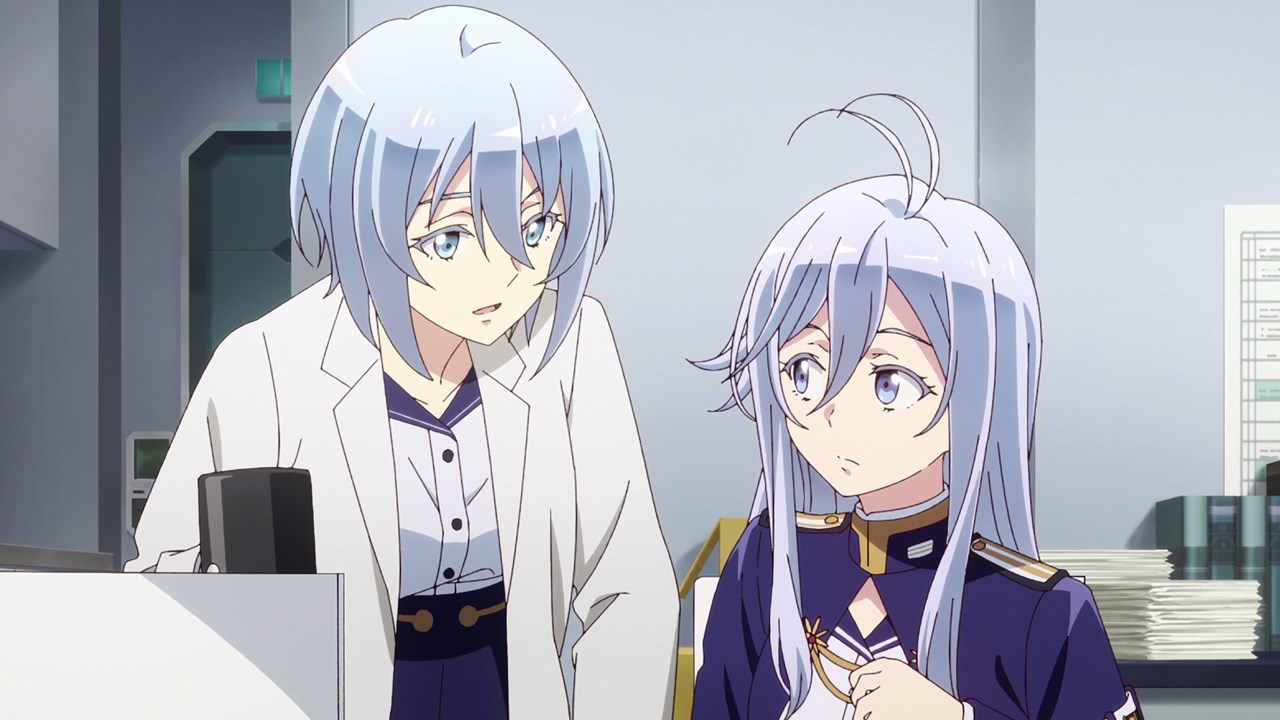 Now then, here’s Henrietta Penrose where she invited Vladilena Milizé to a party as the Revolution Festival is approaching next week.

Sure that San Magnolia is waging war against Giad, but I found it absurd that Albans got to party whereas the soldiers from the 86th District are fighting hard to survive. 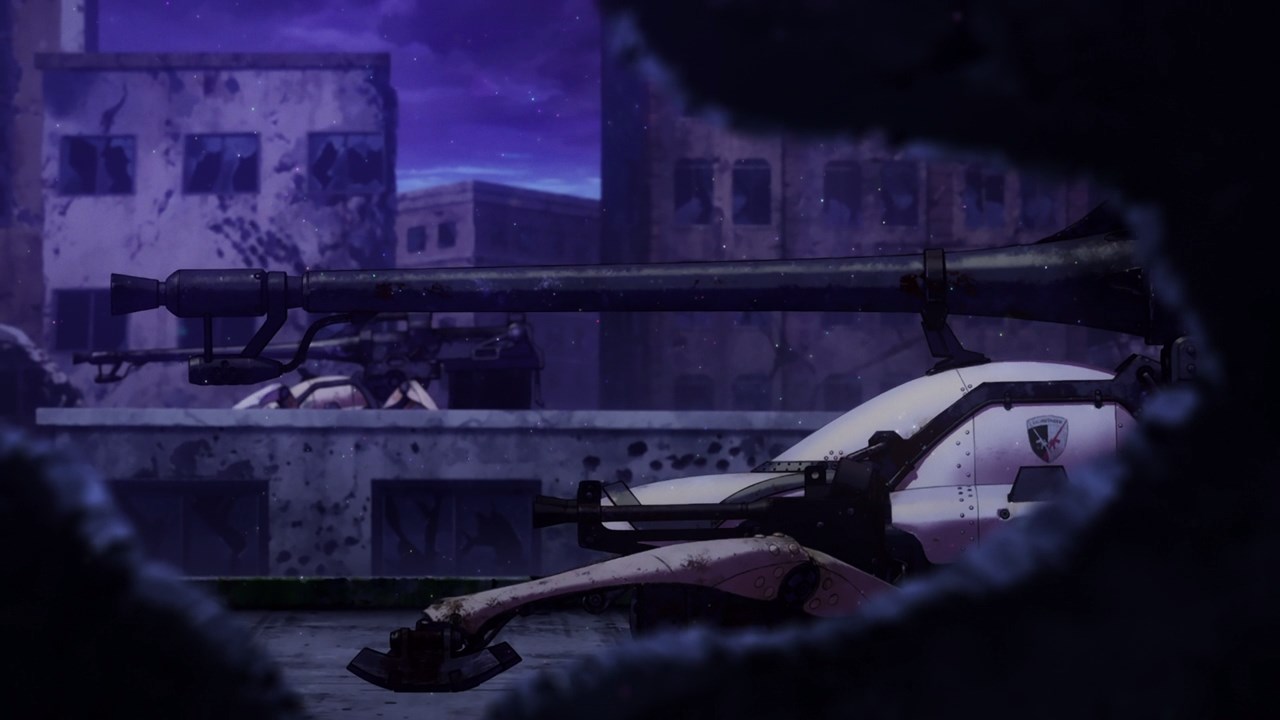 But let’s move onto the 86th District where the Spearhead Squadron are currently fighting Giad forces, but here’s the twist that would affect the Undertaker and his teammates. 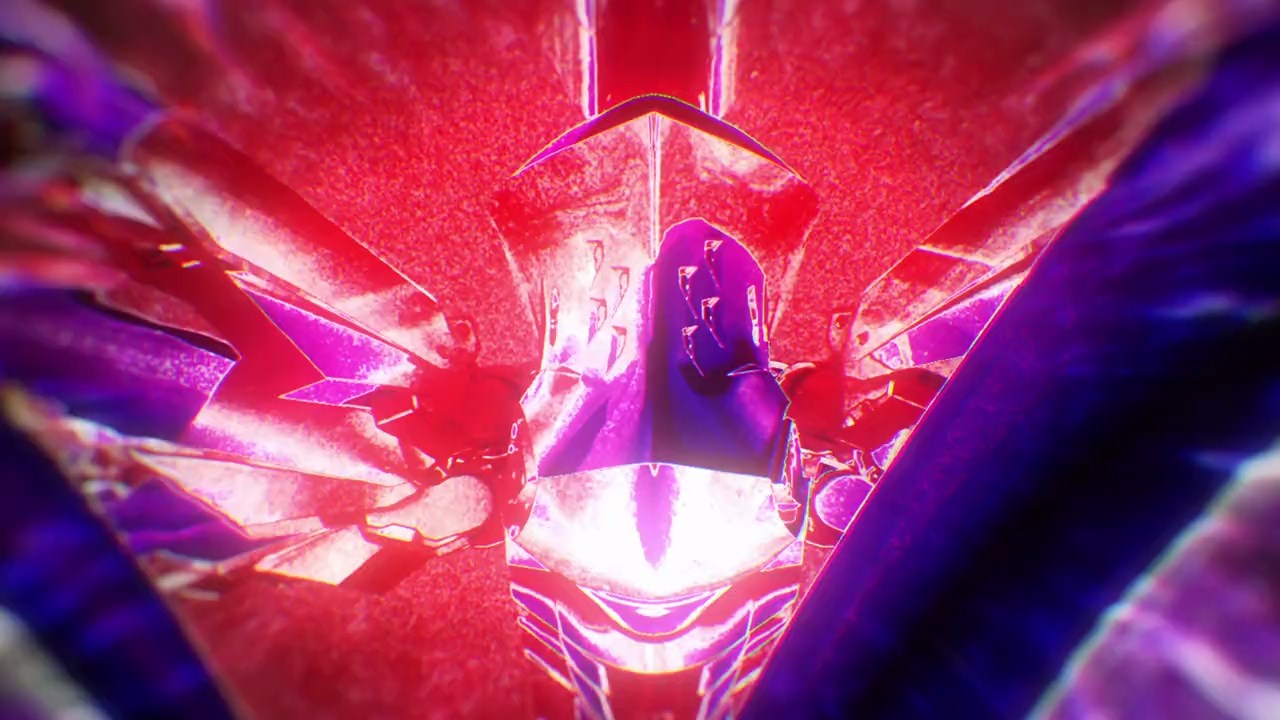 It appears that the empire deployed special Legions called Black Sheep in which they can hear voices of dead soldiers including Kaie Taniya.

So for added precaution, Shinei “Undertaker” Nouzen ordered the major to cut off communication from her Para-RAID. 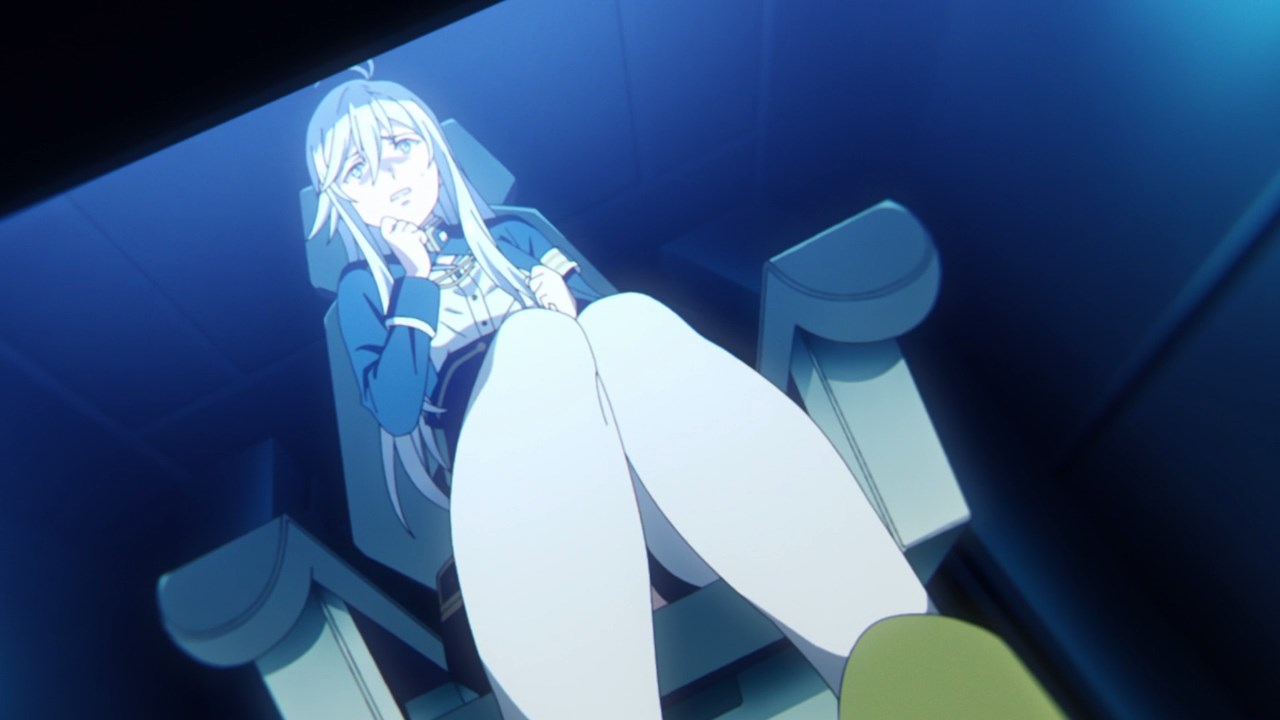 Sadly, she’s too late to cut the communications as Lena Milizé will experience insanity upon hearing dead people.

You know something, I bet that some Handlers prior to Major Milizé heard those voices before in which they kill themselves. Hence, the Undertaker has a reputation for letting Alban commanders lose their minds. 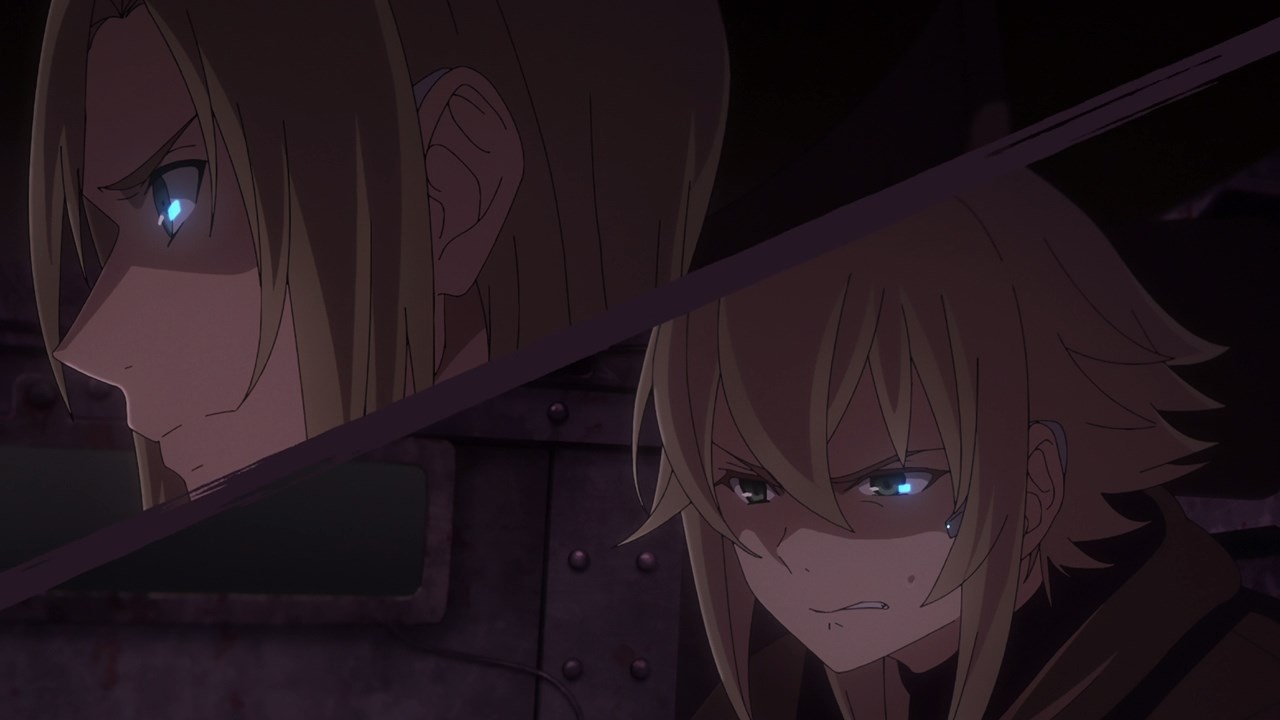 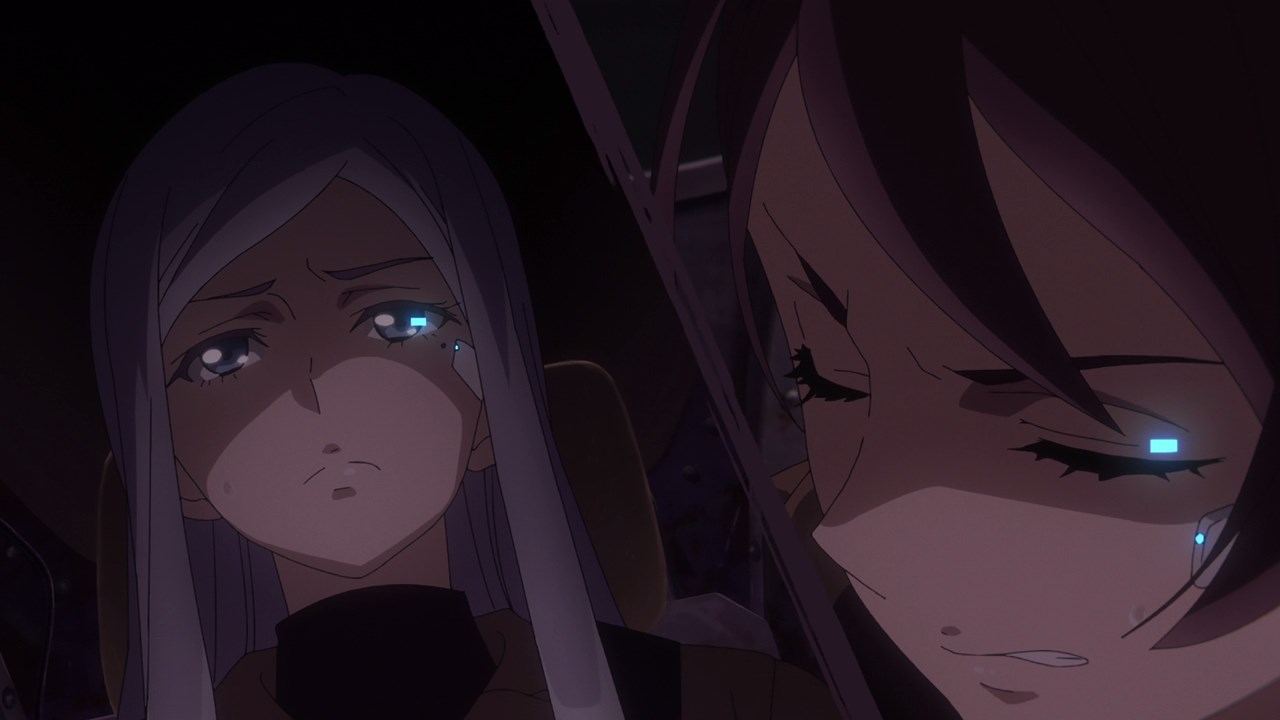 But let’s return to the battlefield as the Spearhead Squadron are about the kill one of the Black Sheep in order to decrease the enemy’s offensive capabilities.

Sure that the likes of Daiya Irma and Anju Emma are somewhat hesitant to kill their former comrades, but they have to do it since they can let Giad forces take one of San Magnolia’s territory. 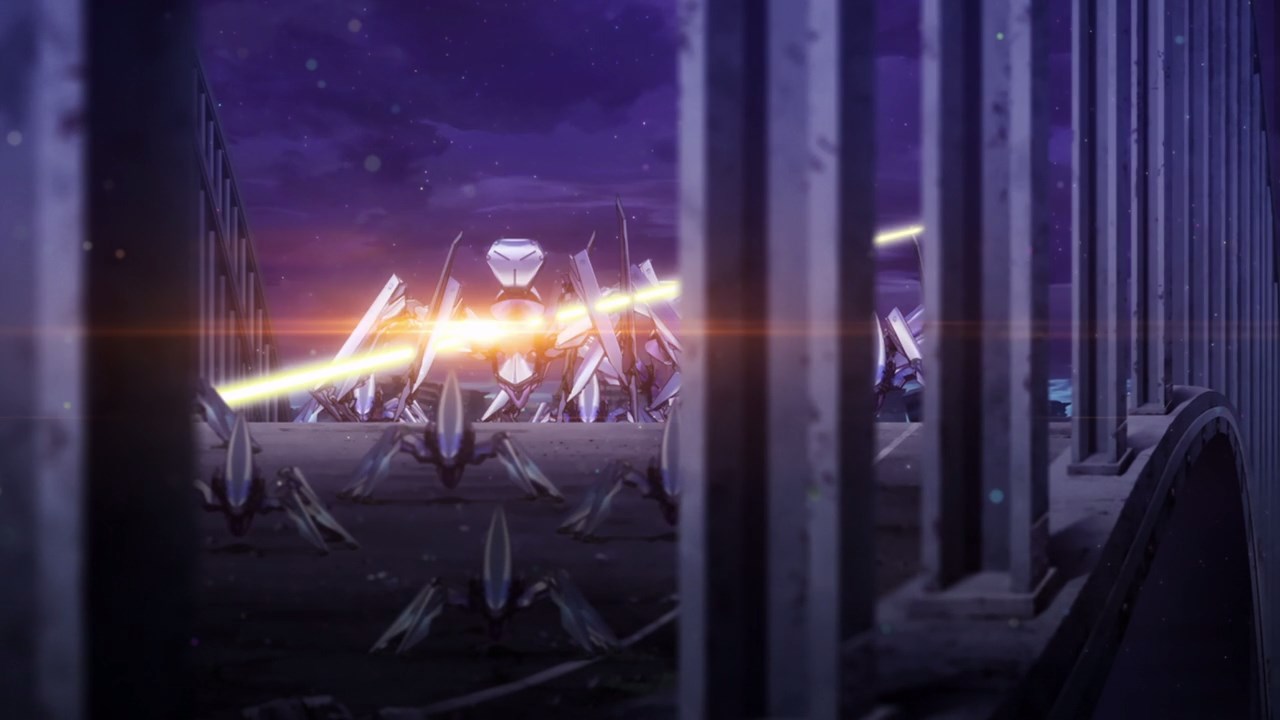 And so, the Spearhead Squadron survived another day by destroying Giad forces, including the Black Sheep in which the Undertaker and his teammates managed to kill them.

Then again, the fact that they encountered Kaie Taniya’s soul and crush it is heart-breaking to some, especially Major Milizé in which she still hears Kirschblute’s voice to this day. 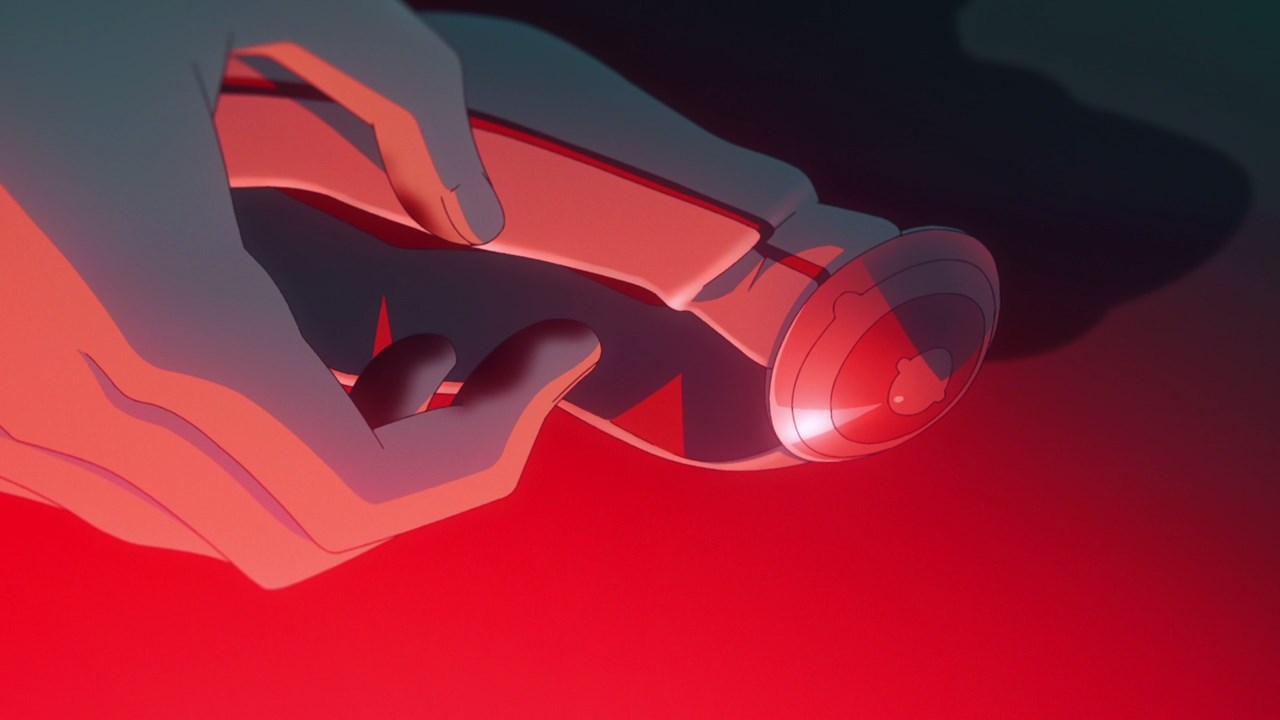 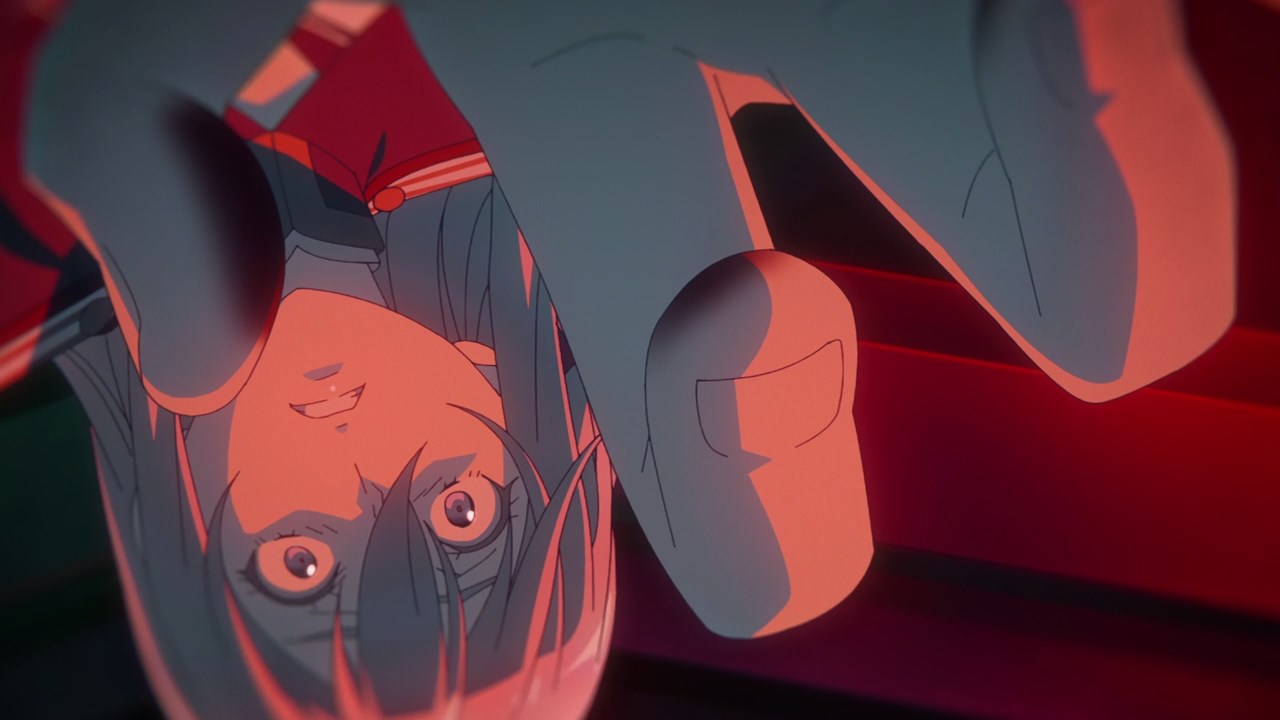 Speaking of Lena Milizé, the major is still hearing voices of the dead. I guess she’ll have to stop using her Para-RAID communication device for the time being. 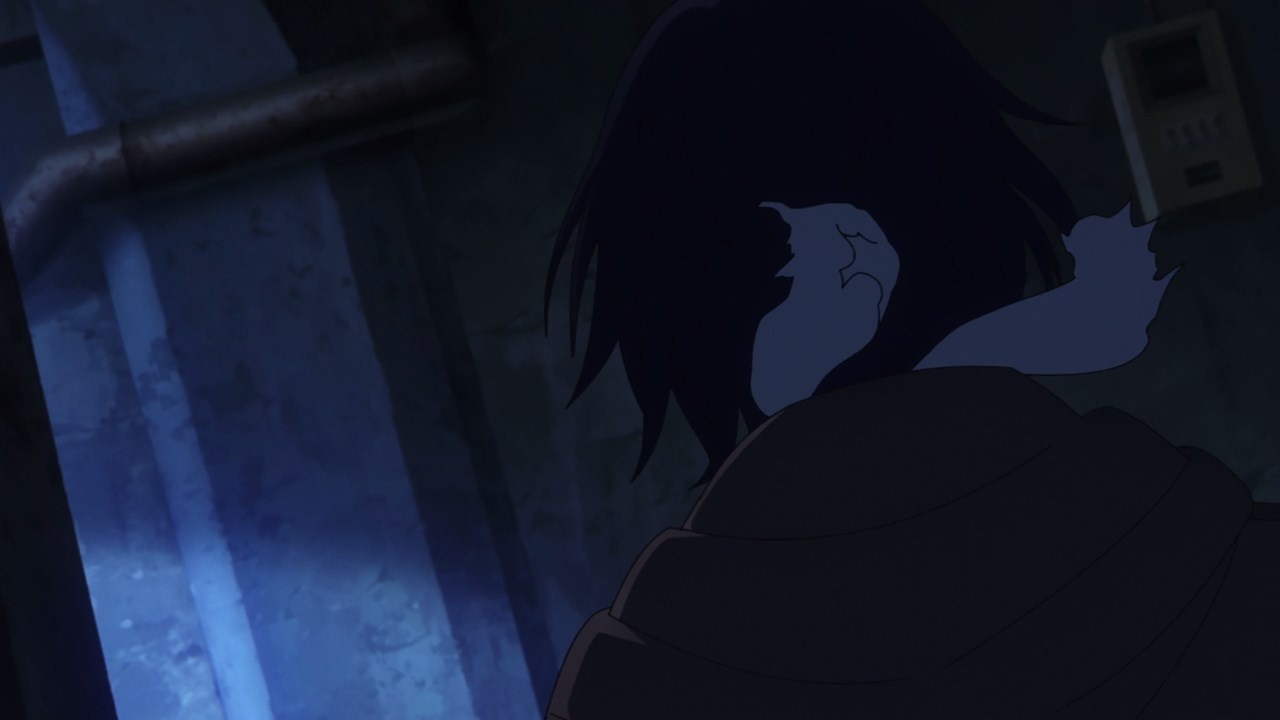 Fortunately, Lena Milizé recovered as she’s communicating to Shin Nouzen. However, Shin will tell the awful truth to Lena when he still has a chance, especially those Black Sheep that he mentioned before. 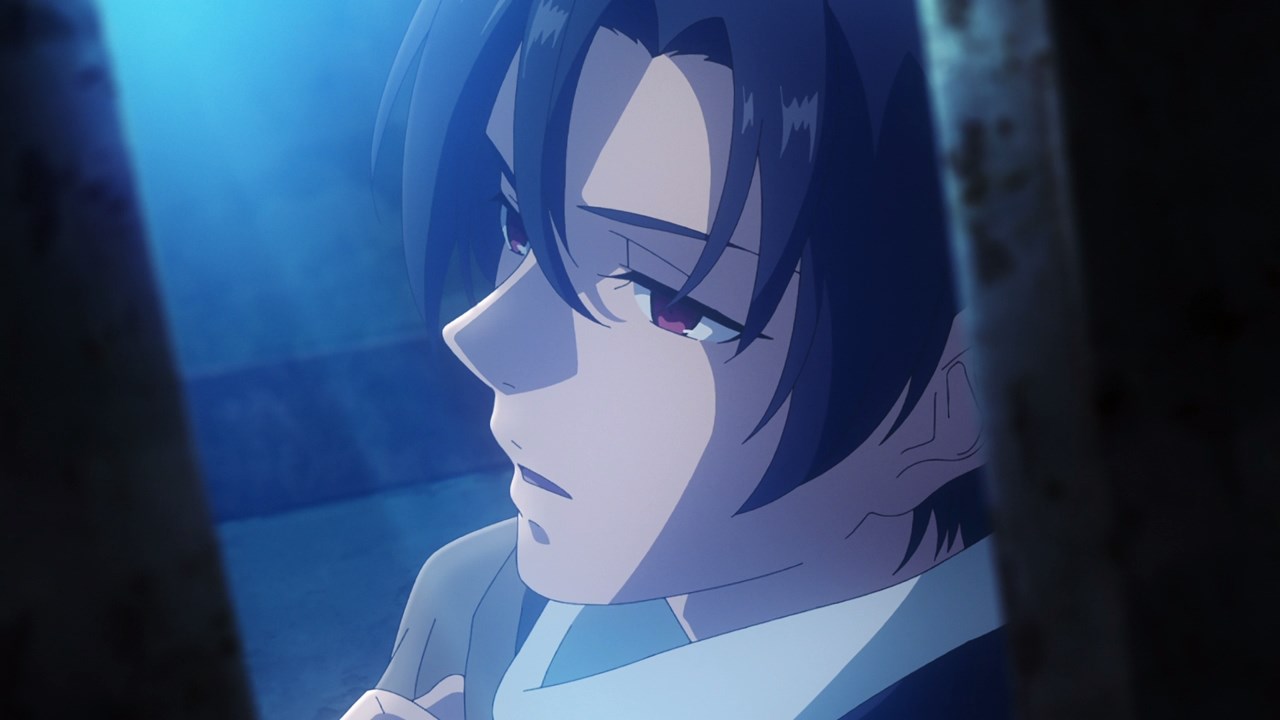 Turns out, the Black Sheep are a special kind of Legion in which the Empire of Giad used human brains that they harvested from destroyed Juggernauts. Hence, they hear voices of their fallen comrades like Kaie “Kirschblute” Taniya, which is why Shin pulls a mercy kill on his dying teammates so that Giad forces won’t collect those brains.

Speaking of Giad, it’s revealed that the empire no longer exists as Shin pointed out. Of course, Giad’s Legions still operates to this day in which they have lots of reserves, most of them can operate for more than 2 years given that they human brains inside those machines. With that said, I feel that the Republic of San Magnolia’s downfall is fast approaching, but the Albans don’t give a shit about winning the war since they want to party all day long.

Still, Vladilena Milizé and her Spearhead Squadron will continue to fight whatever they can, although I fear that the next episode will take a turn for the worst given that Shinei Nouzen already told everything he know about the war.