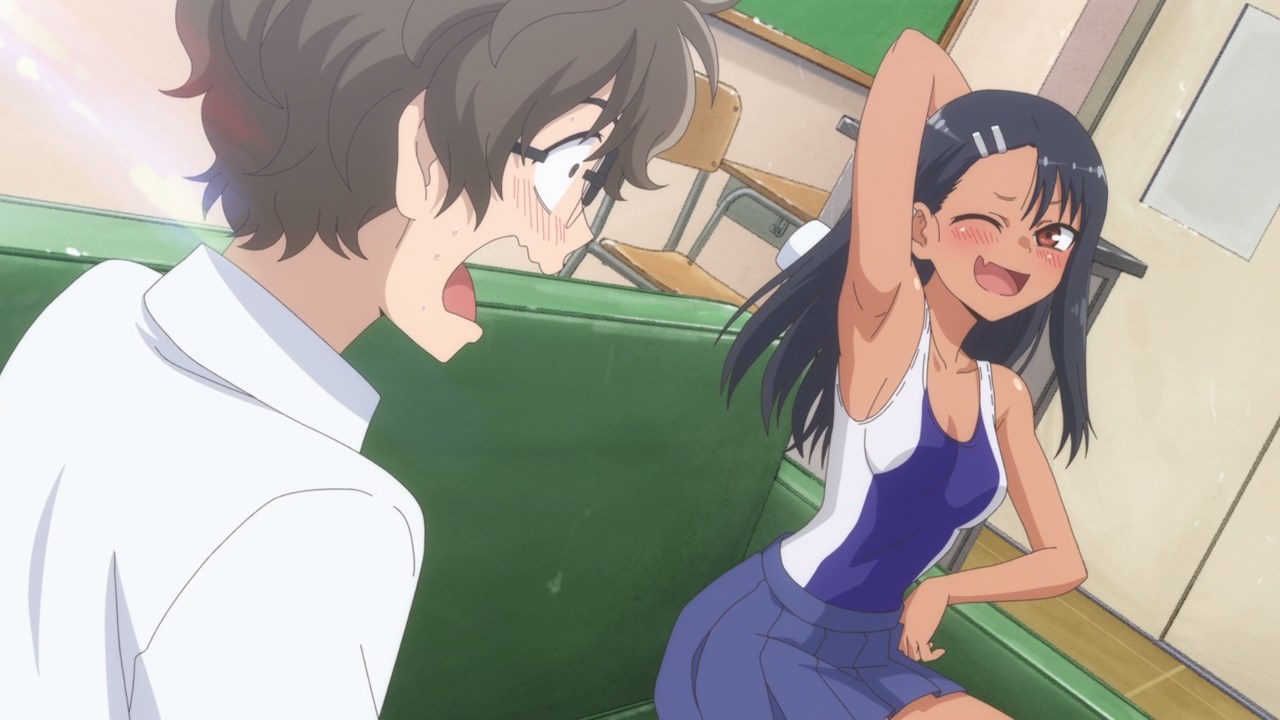 Let’s start with Hayase Nagatoro wearing a swimsuit underneath once again. But this time, she wants the unnamed protagonist to tickle her.

Really Nagatoro-san, I bet that you’re just baiting Mr. Sempai because you don’t want a loser touching you. 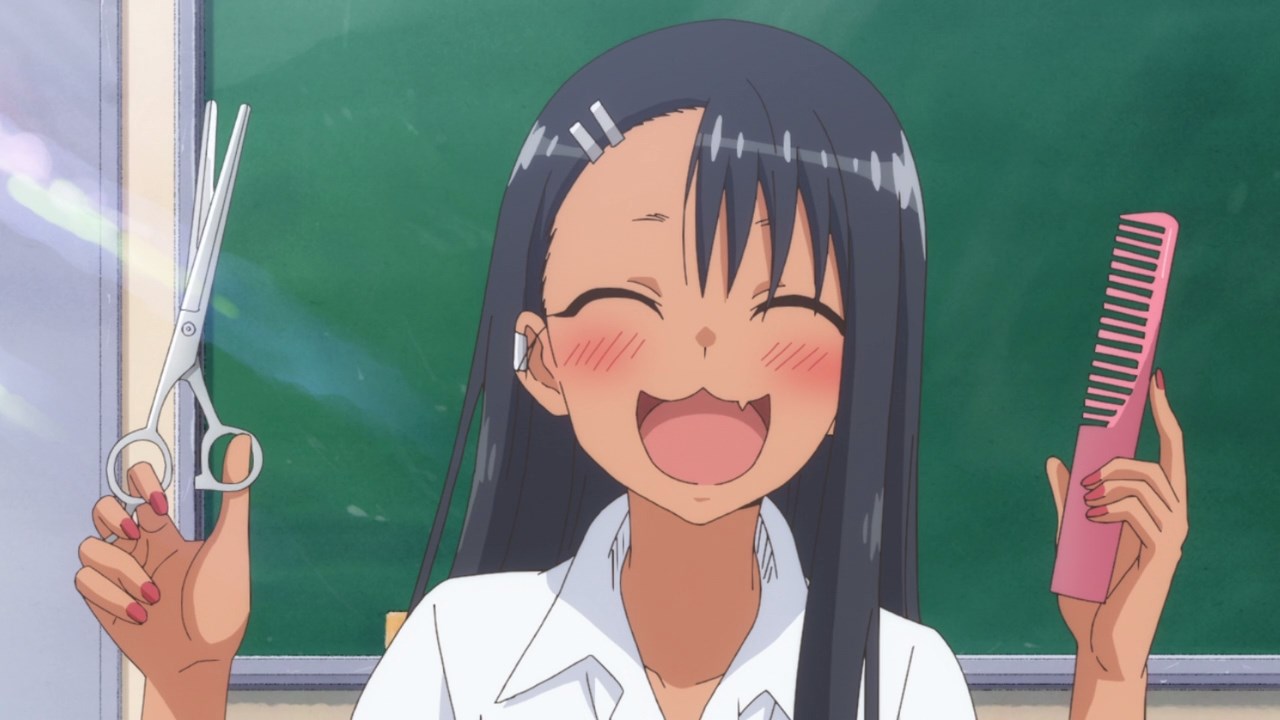 Now then, let’s move onto the next scene where Nagatoro-san is about to cut Mr. Sempai’s hair as his head looked like a sheep. Oh boy, she’s gonna make him bald. 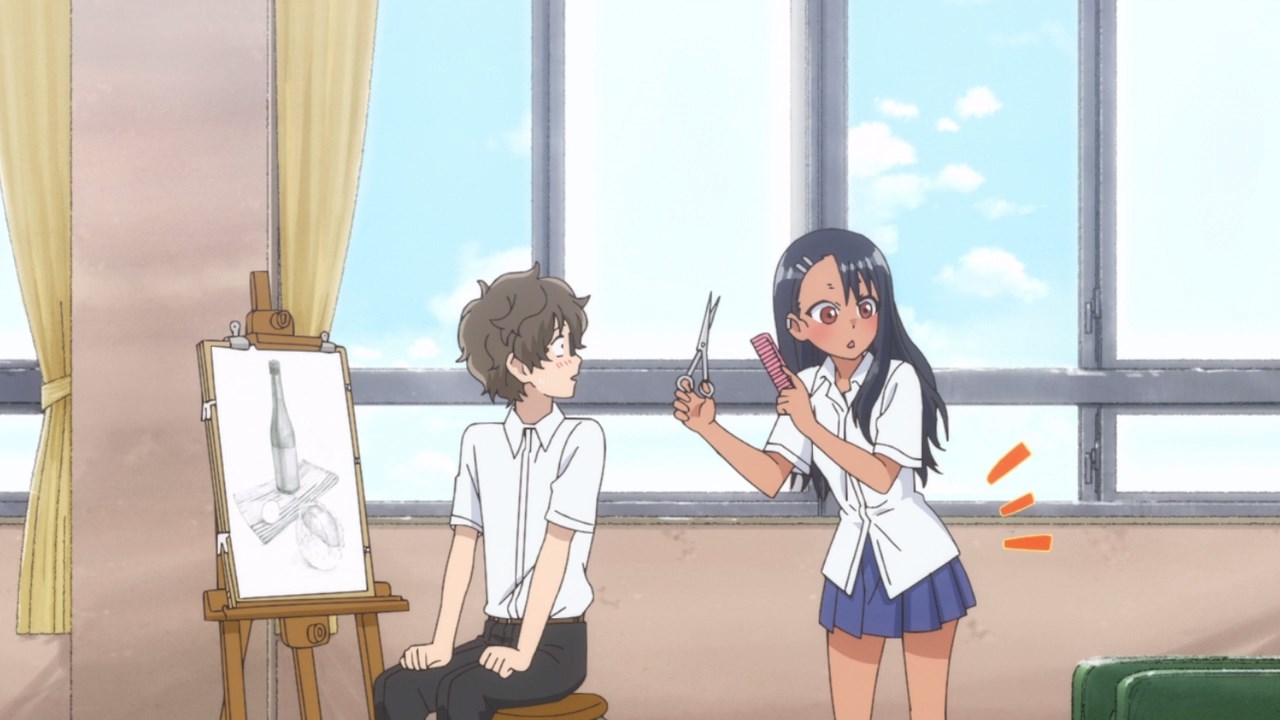 However, she was interrupted with a phone call from one of her friends and while the scaredy-cat protagonist is saved by the bell, it’s not yet over. 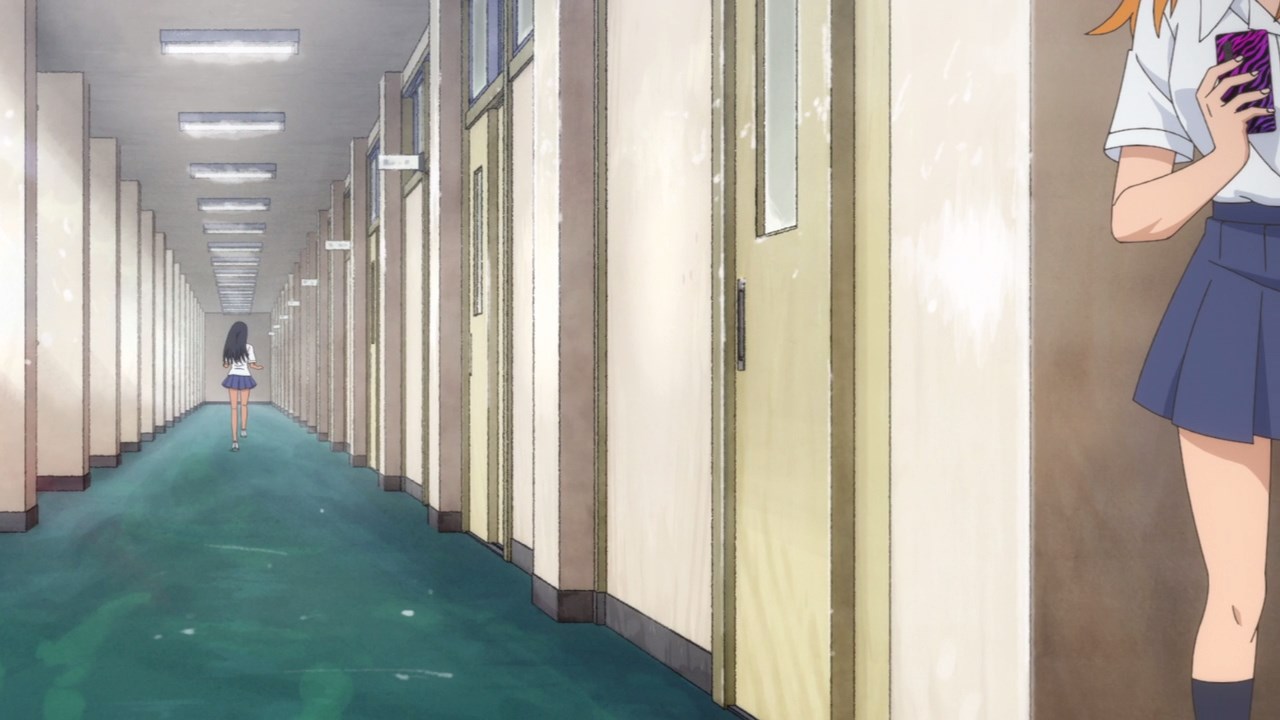 As Nagatoro-san went outside, two of her friends decided to take over. I mean look at one of her buddies, seems that she made a prank call to lure Nagatoro out. 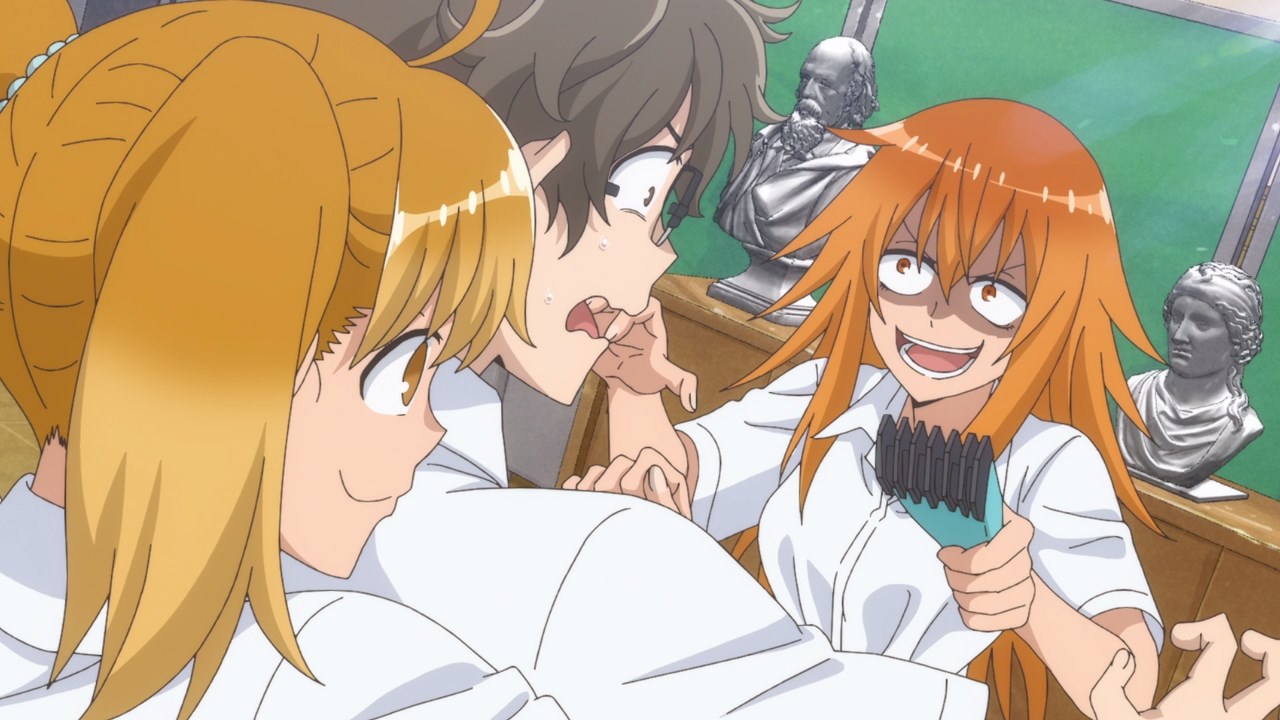 With that said, it’s time for Yosshi and Gamo-chan to bully Mr. Sempai as they’re gonna shave his head bald with an electric razor. They’re really worse than Nagatoro-san. 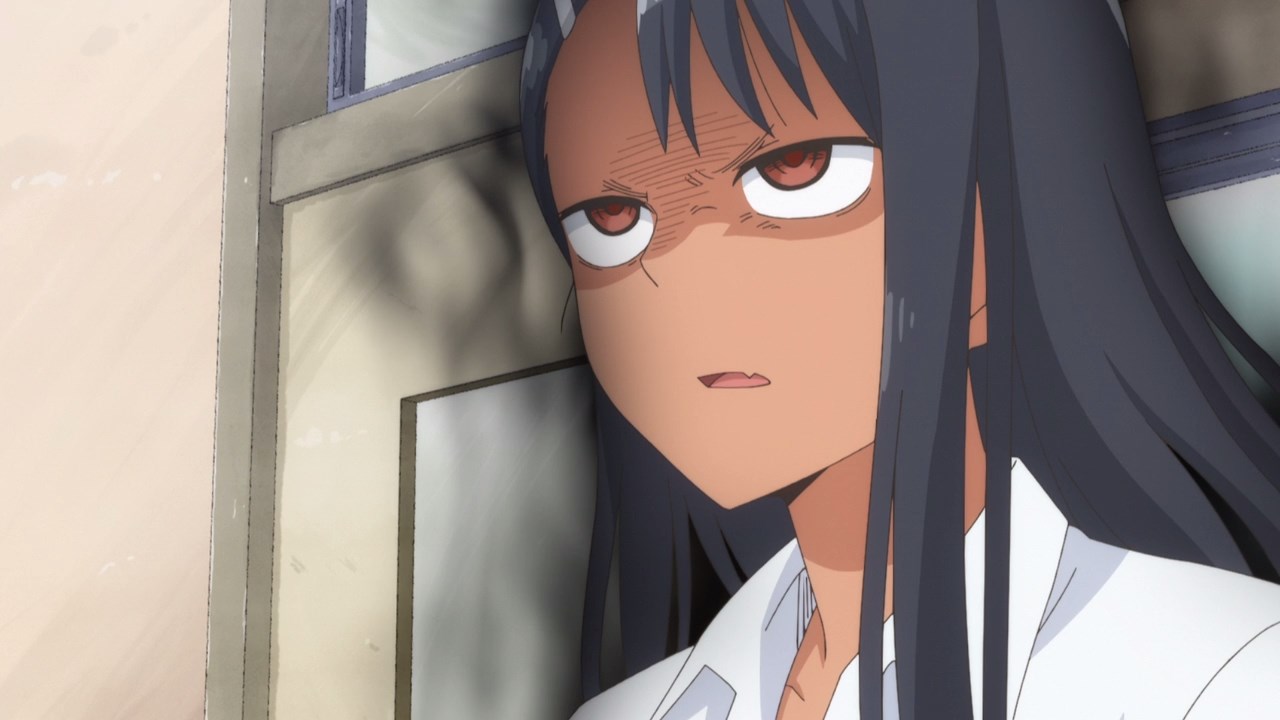 But speaking of the devil herself, Nagatoro-san has returned in which she’s really angry towards Yosshi and Gamo-chan. C’mon, the loser upperclassman is her prey and no one will touch him! 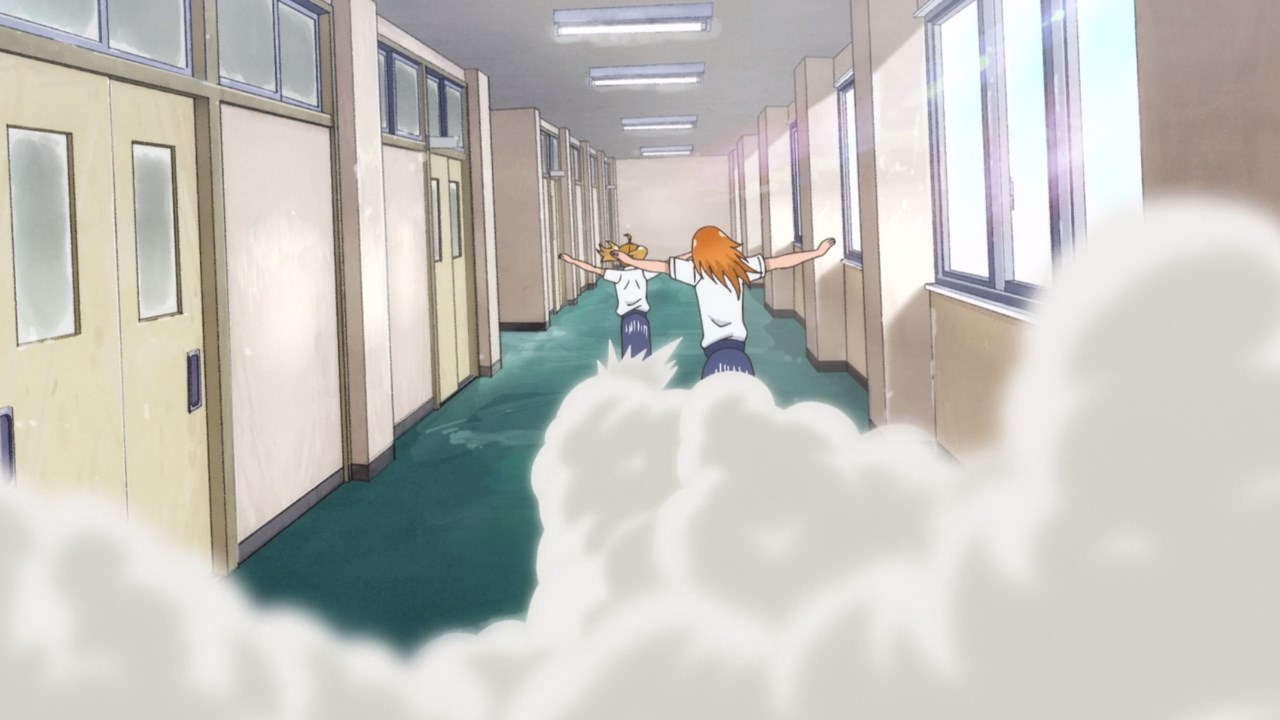 And so, both Yosshi and Gamo-chan are blasting off again as they’ll have their chance to bully the nameless guy someday.

Of course, I won’t let these girls mess Mr. Sempai no matter what they say. No buts nor ifs! 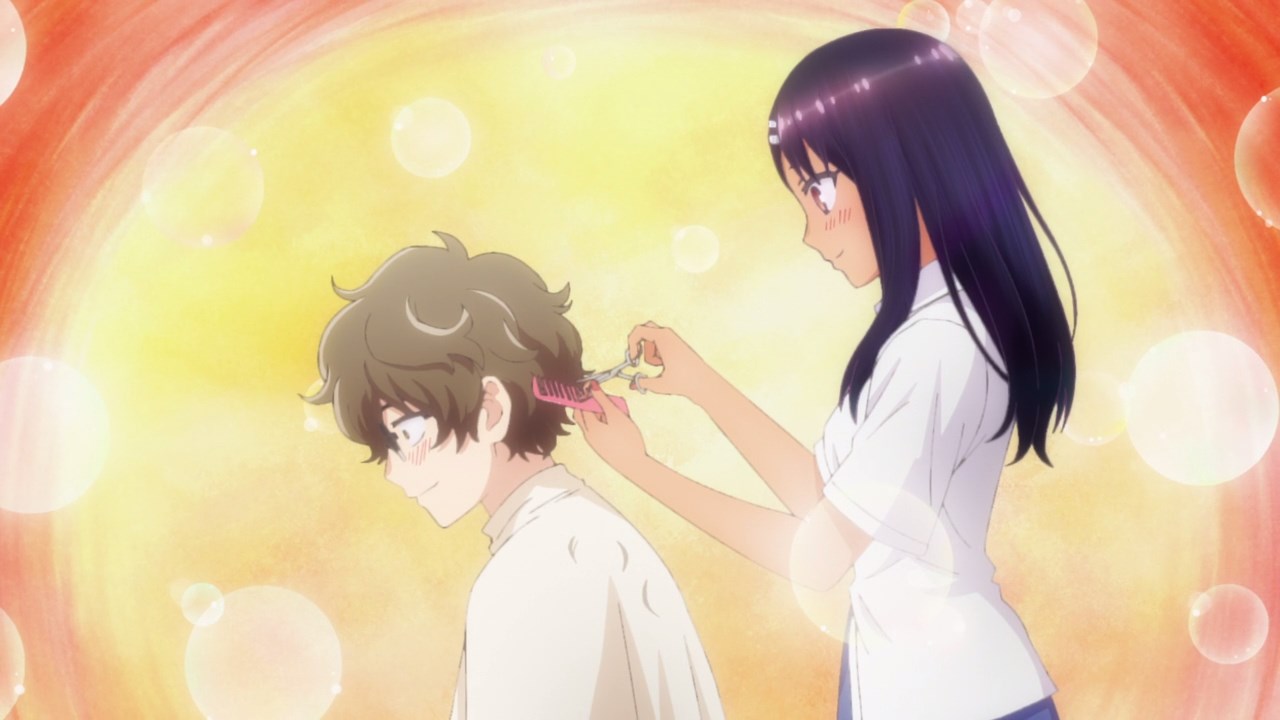 But let’s return to Nagatoro-san where she’s currently cutting Sempai’s hair. Of course, I bet that she’ll make it bald for shits and giggles. 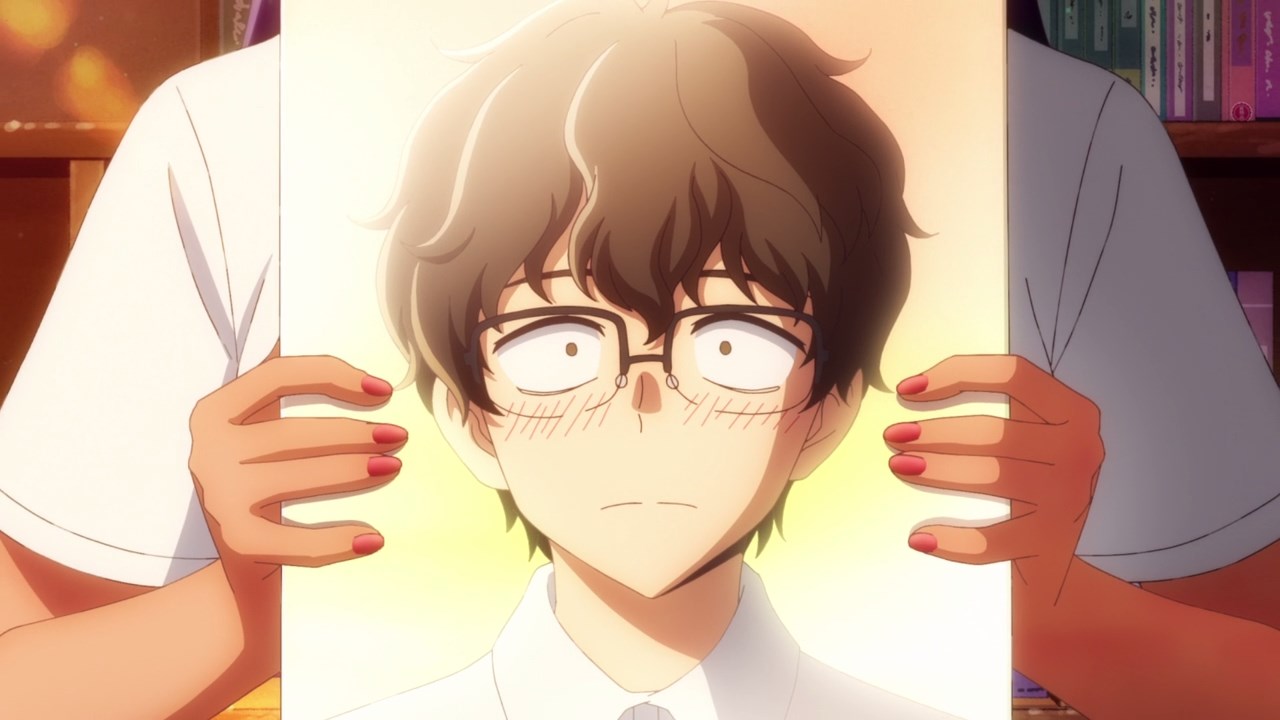 On the contrary, she made a nice haircut to the nameless upperclassman in which he looks a bit cool. Not too shabby on your cutting skills, Hayase Nagatoro. 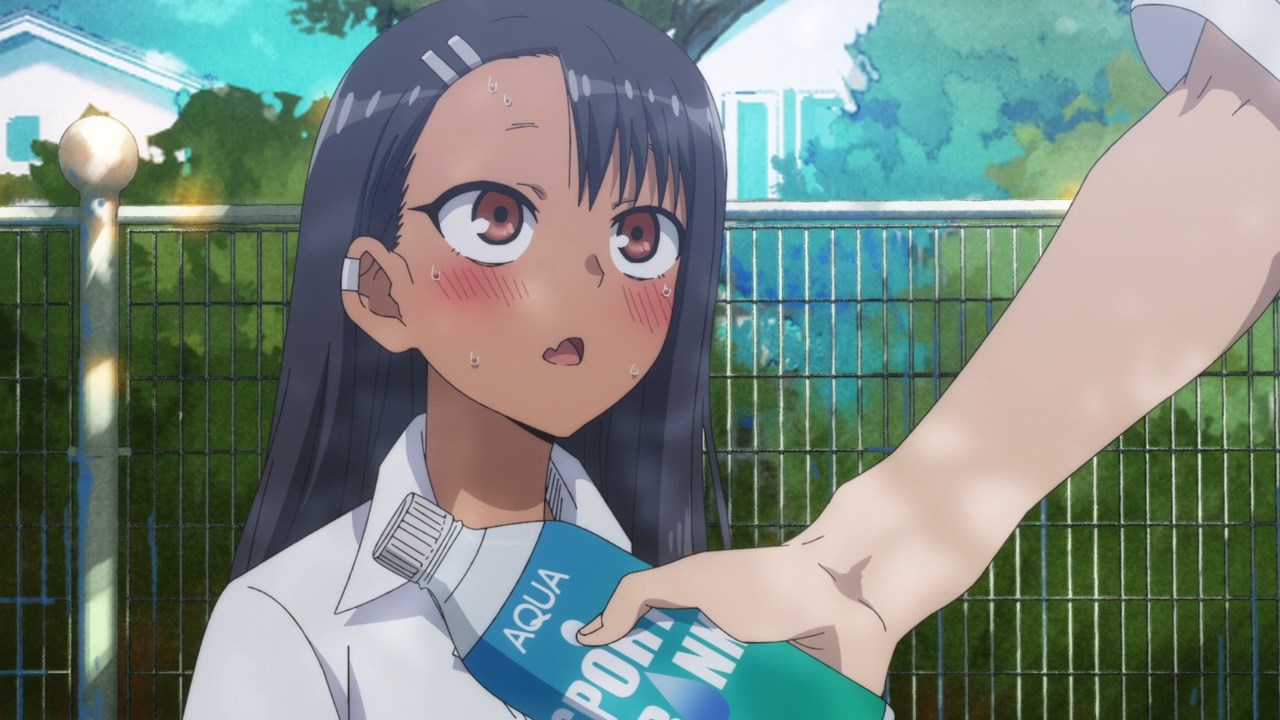 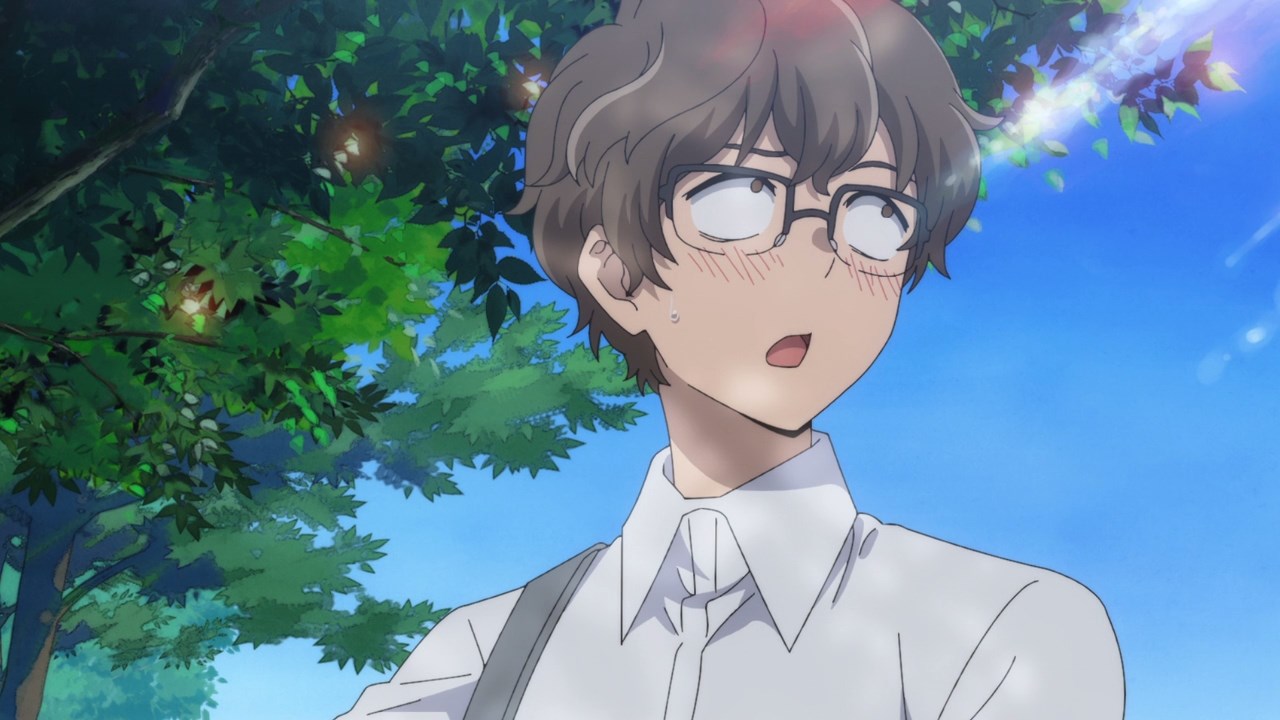 Now then, looks like Mr. Sempai has decided to become considerate as he gave bottled water to Nagatoro-san as she might have a heatstroke sooner or later. How very nice of him, but I don’t expect Hayase Nagatoro to return the favor. 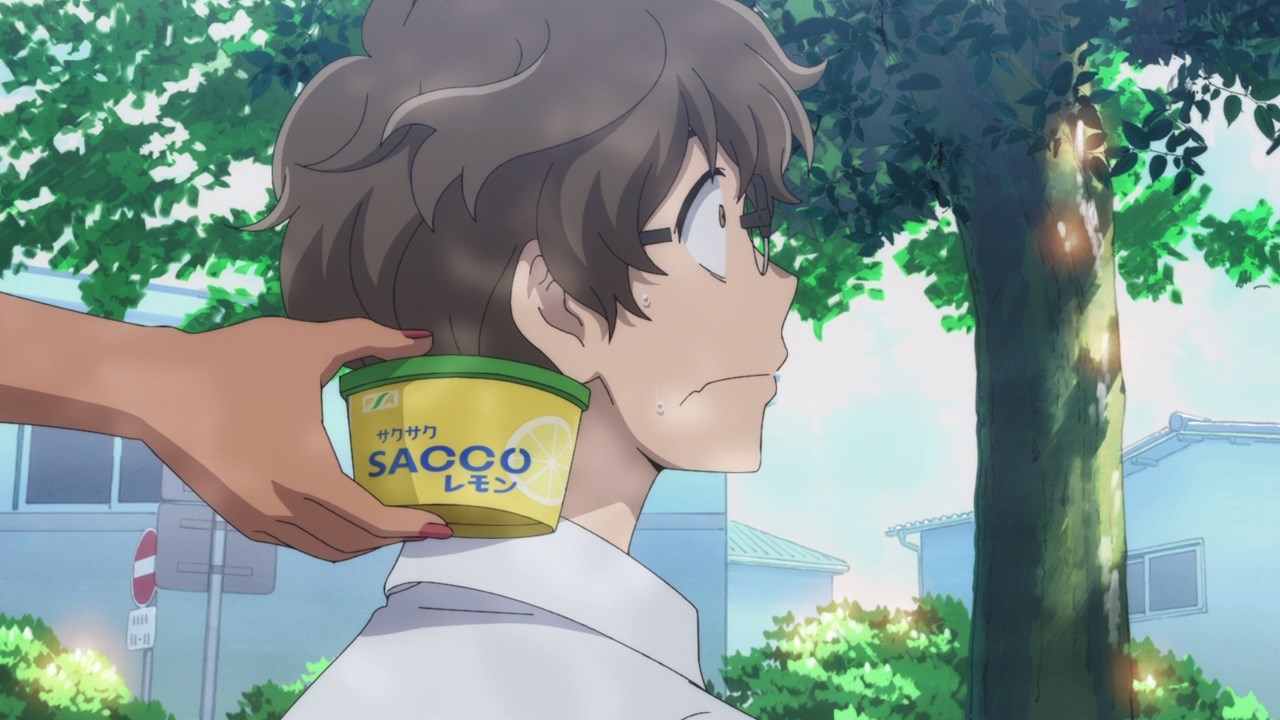 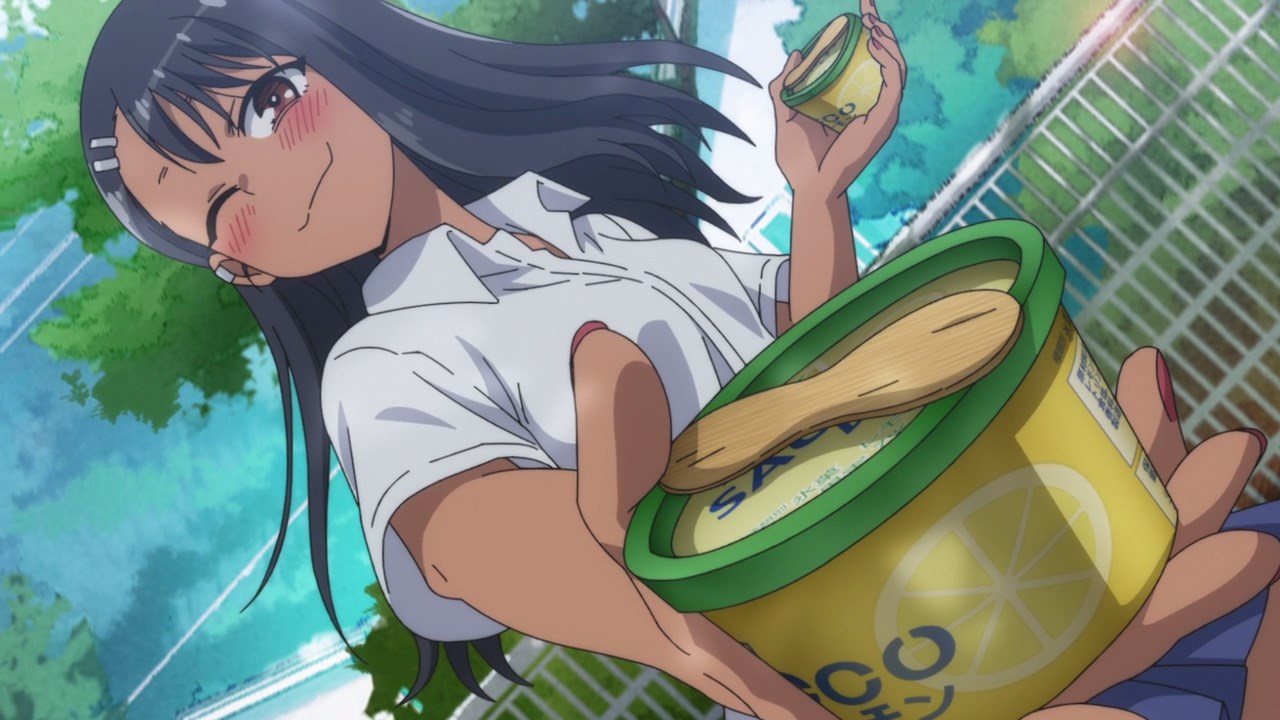 However in a surprising twist, Nagatoro-san gave some ice cream to Mr. Sempai. What is this, a wholesome conclusion to this episode!?

Of course, Nagatoro’s teasing tactics will return on the next episode ’cause that’s what she lived for!