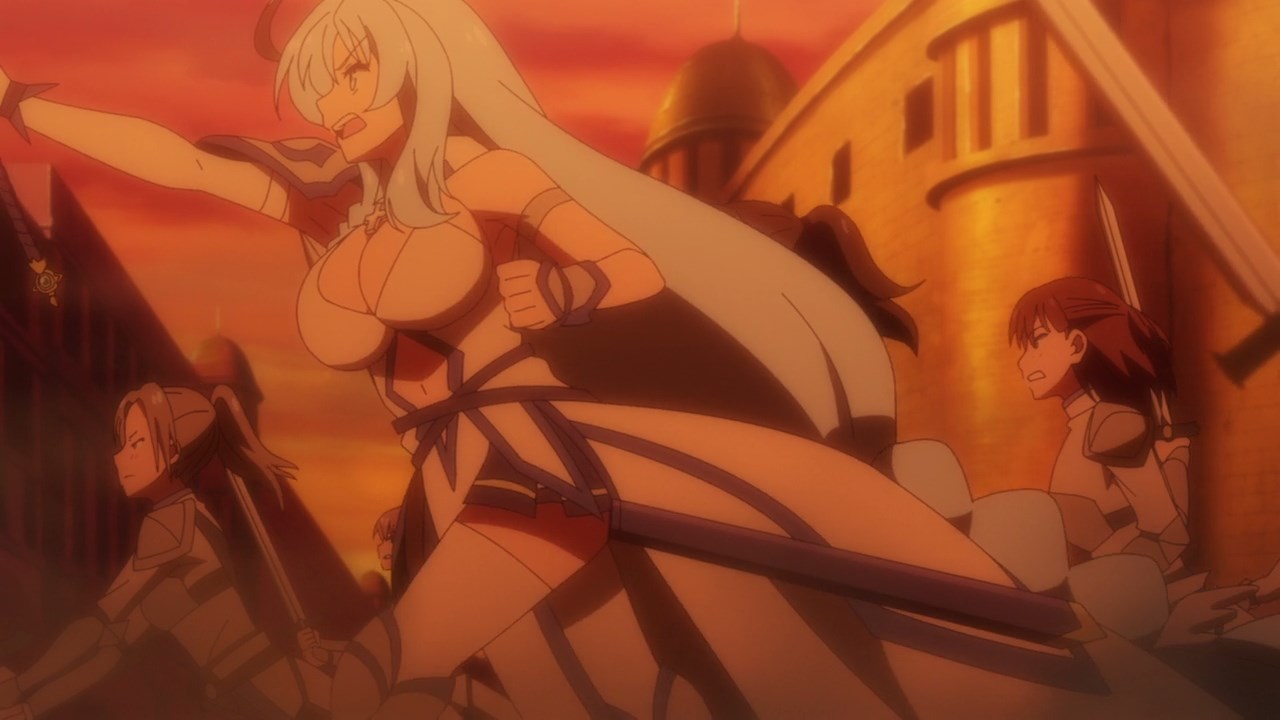 Well everyone, it’s now or never as the Kingdom of Grace are fighting against the demon army.

Then again, Snow and her soldiers are currently outmatched and outnumbered that I wish No. 6 and Alice will do something to turn the tide of battle. 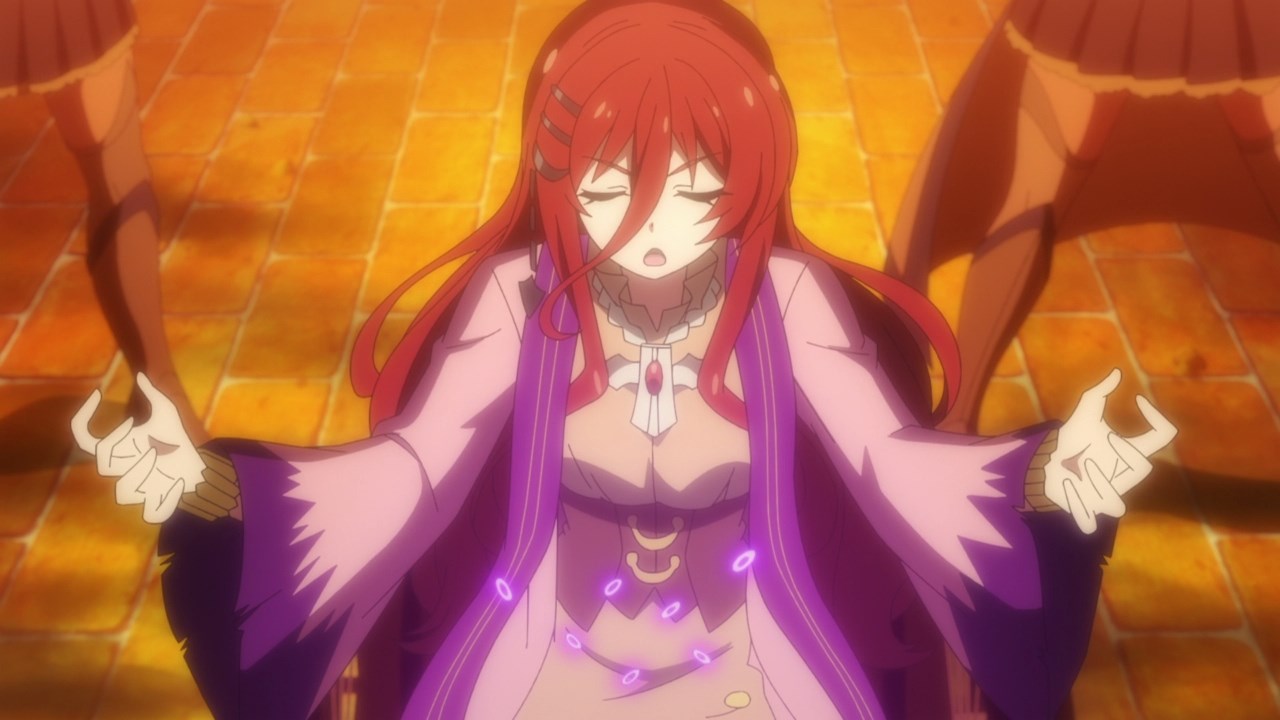 Now let’s start with Grimm where she prayed Zenarith for his assistance to stop a golem from advancing towards the castle.

By the way, Grimm used wedding rings that she stole from normie couples. C’mon, she really despises them! 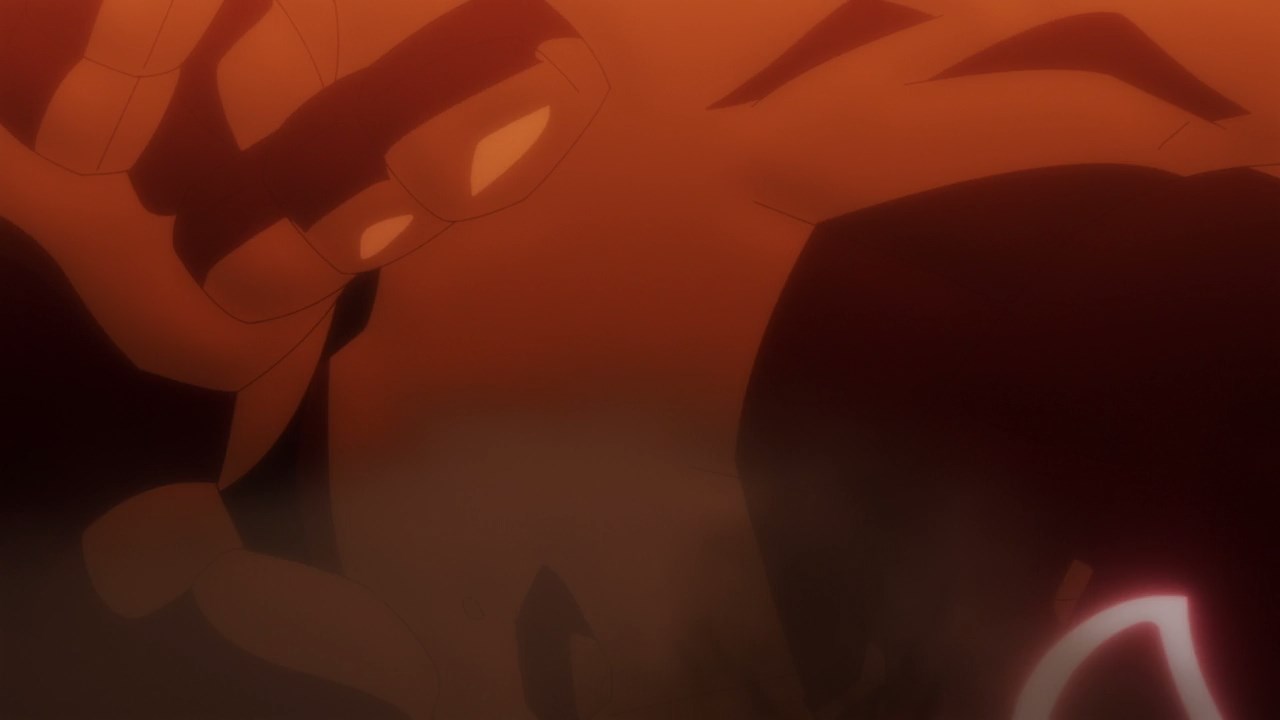 But, Zenarith’s curse did work on this golem as it falls down to the ground. Then again, there are a few more scattered around the kingdom. 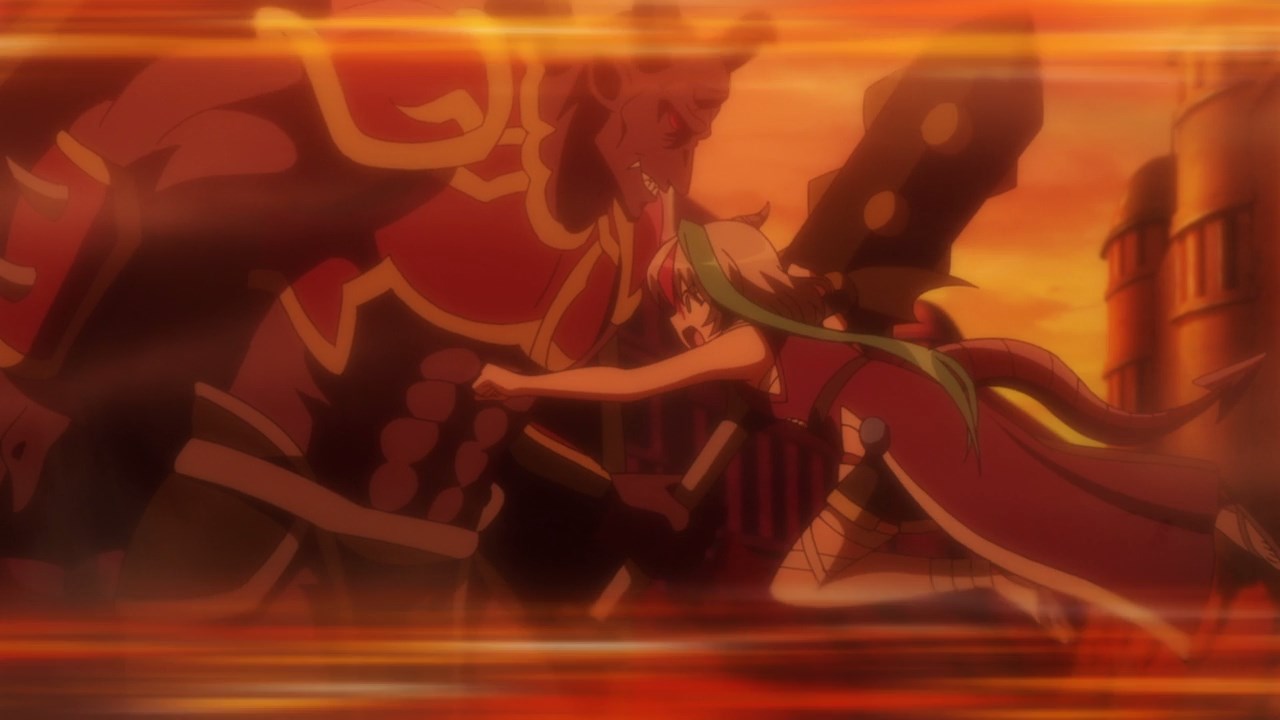 Meanwhile, looks like Rose is fighting against Gadalkand of the Earth, although this demon general decided to convince the chimera to join their side as Gadalkand can easily beat Rose in a one-on-one match.

Of course, Rose refused his offer as she’ll fight till the end, although I wish Combat Agent No. 6 and Alice Kisaragi are here to help Rose out. 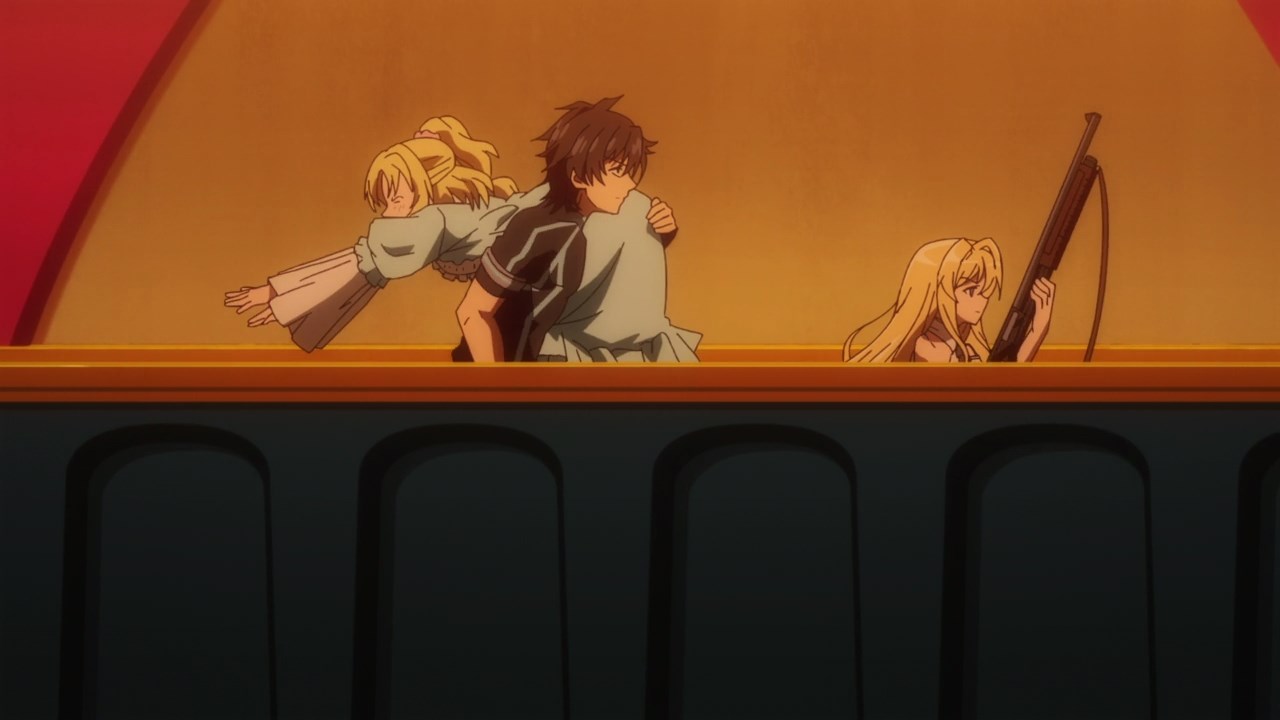 Well except that both No. 6 and Alice are attempting to escape the castle together with Princess Cristoseles Tillis Grace.

C’mon, they’ll do anything to preserve the kingdom, even as far as creating a heir if you know what I mean. 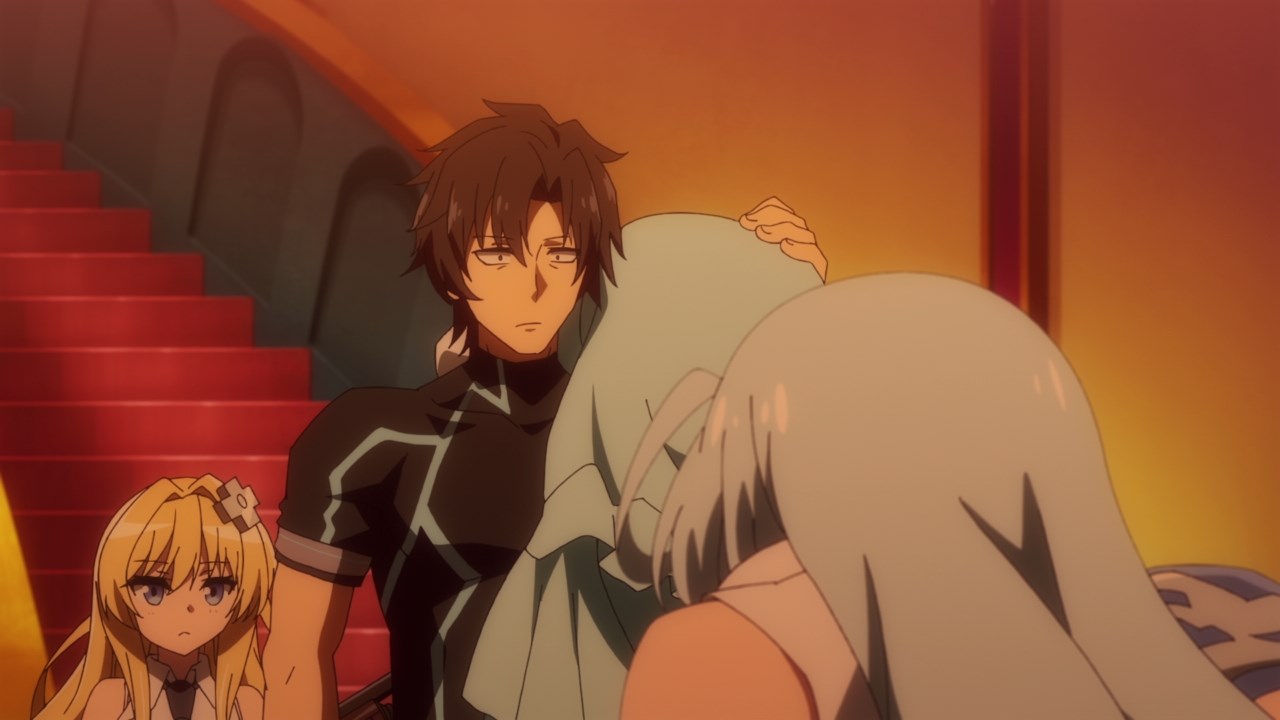 However, here’s Snow where she wants No. 6 and Alice to help her out, although they want her to scram as they’ll abandon the castle. 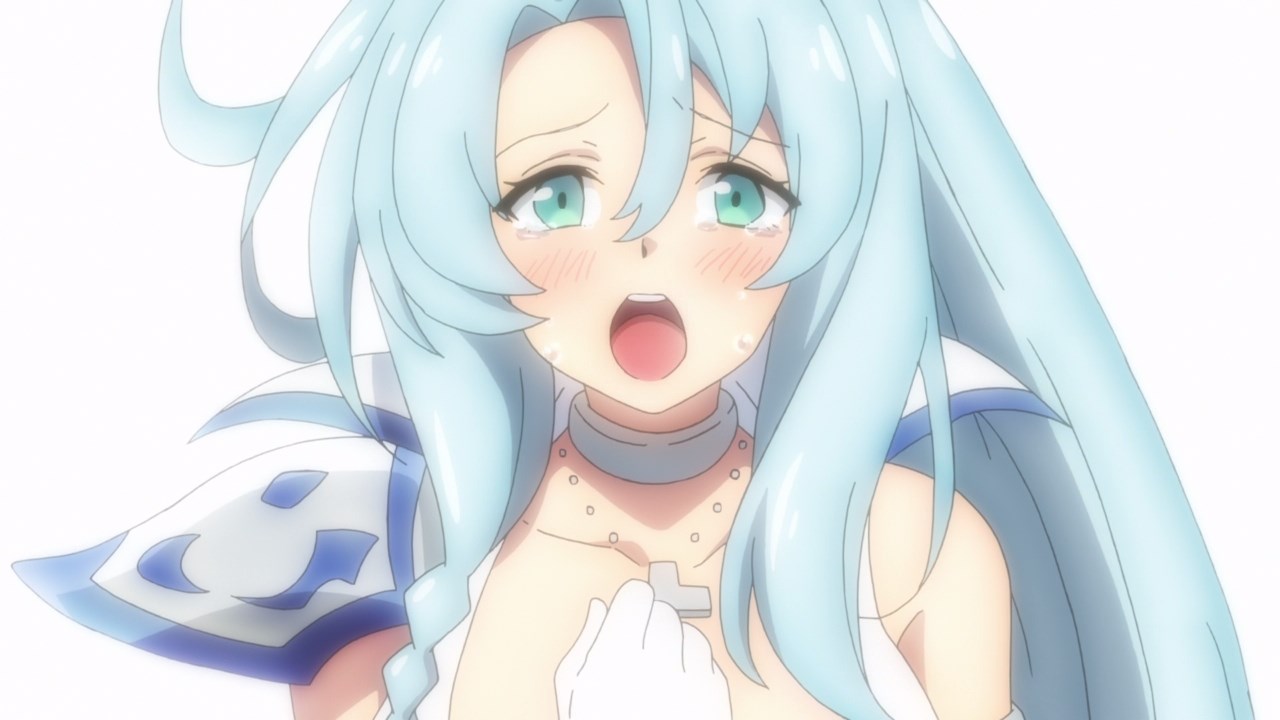 But really, Snow is really earnest on begging them for their assistance, complete with genuine tears. Oh yeah, she’ll do anything for as long as the kingdom is saved.

Well then, looks like the combat agent won’t refuse her call as No. 6 will save the Kingdom of Grace. 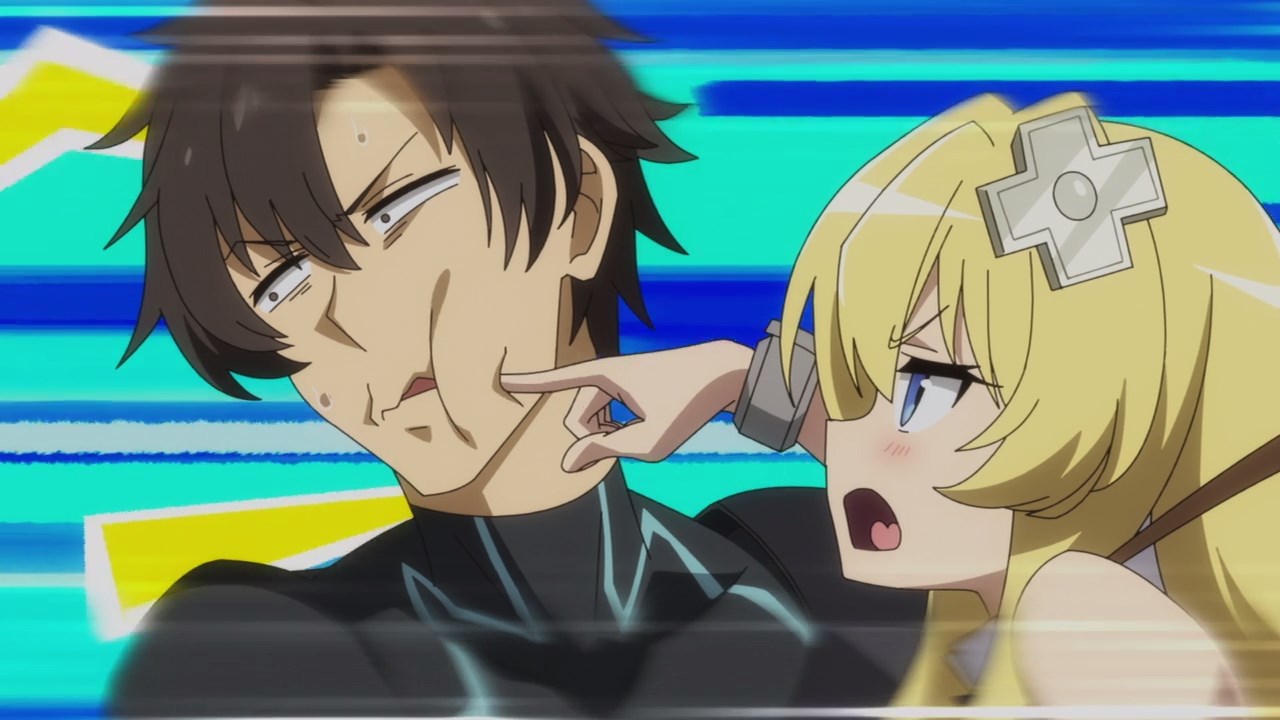 Unfortunately, Alice lash him out, saying that he’s out of evil points and therefore he can’t buy a powerful weapon to turn the tide of battle. 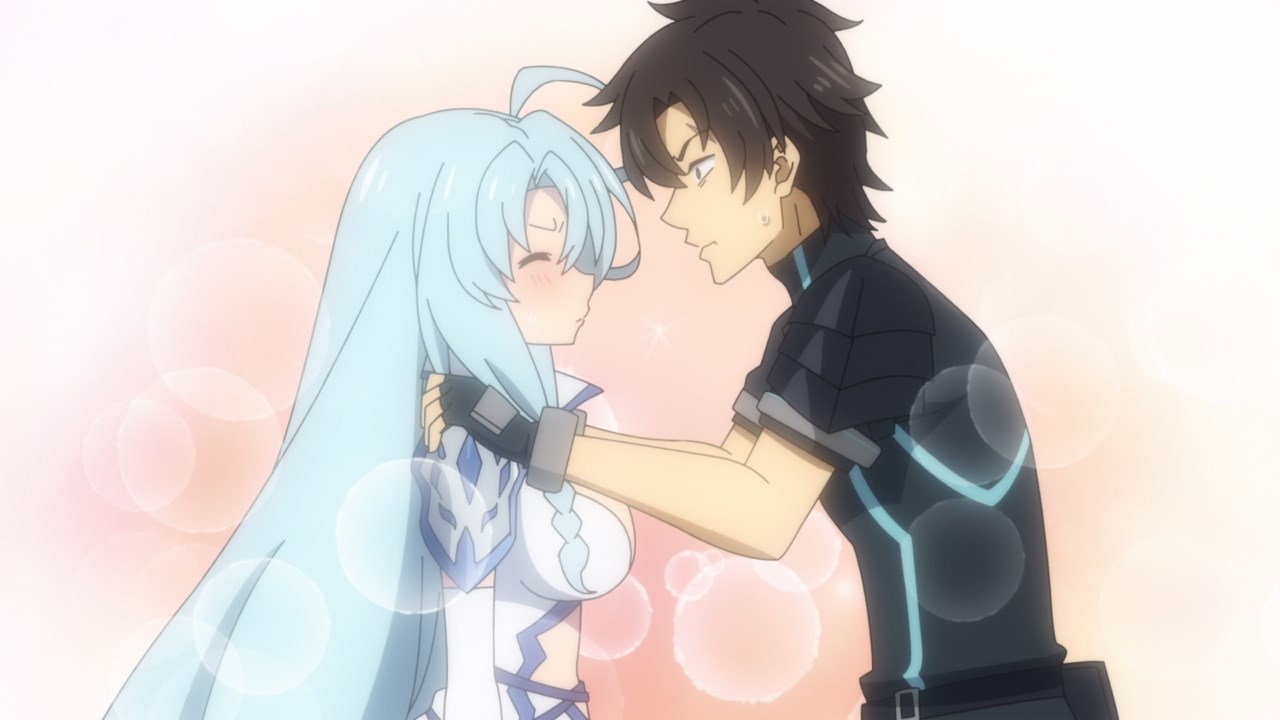 So, the only way to get some evil points is to forcefully kiss Snow and gloat about it, or just strip her completely naked. Then again, I bet that the combat agent will screw them up! 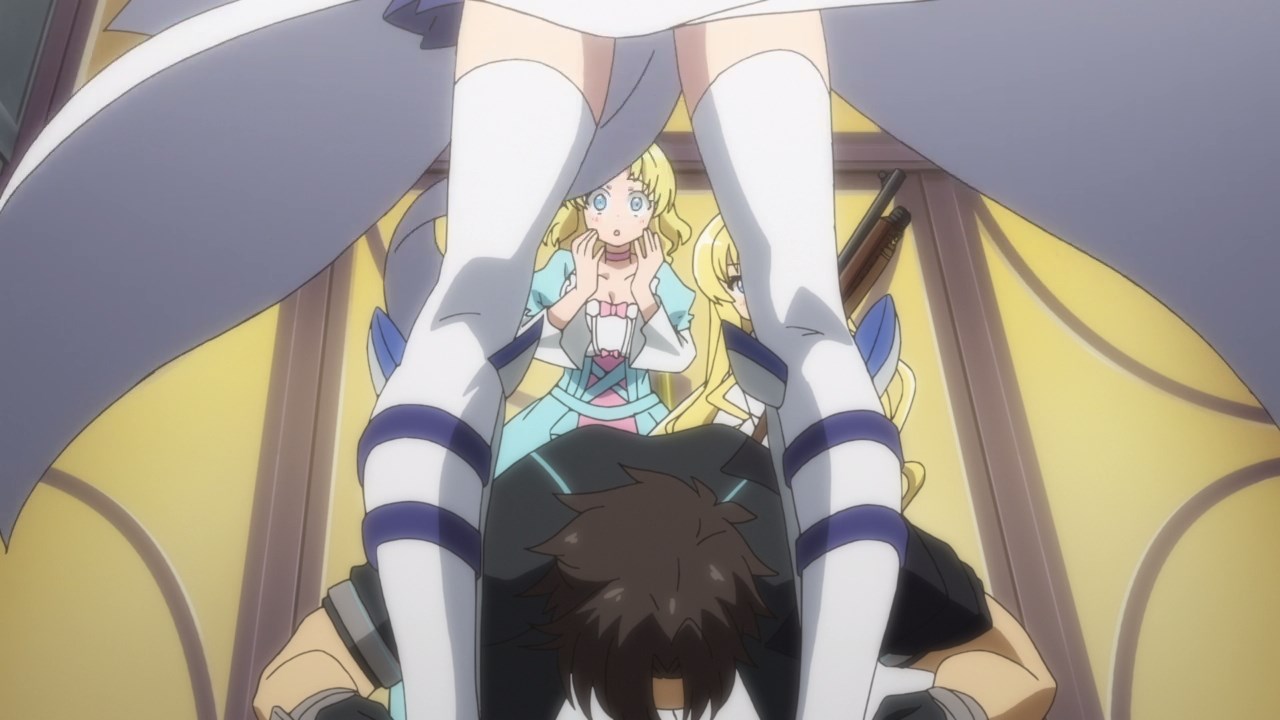 Well actually, No. 6 decides to take the 3rd option which is stripping Snow’s panties. Even Princess Tillis couldn’t believe that the combat agent would do the most humiliating thing to Snow. 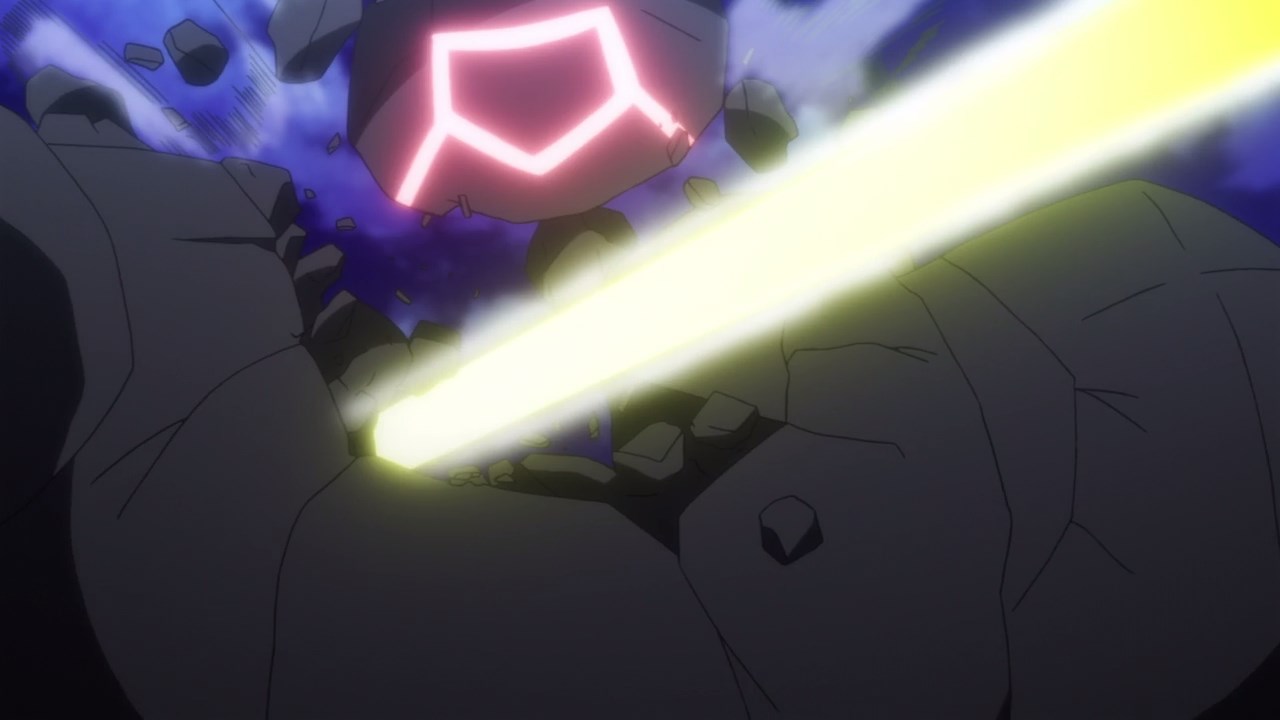 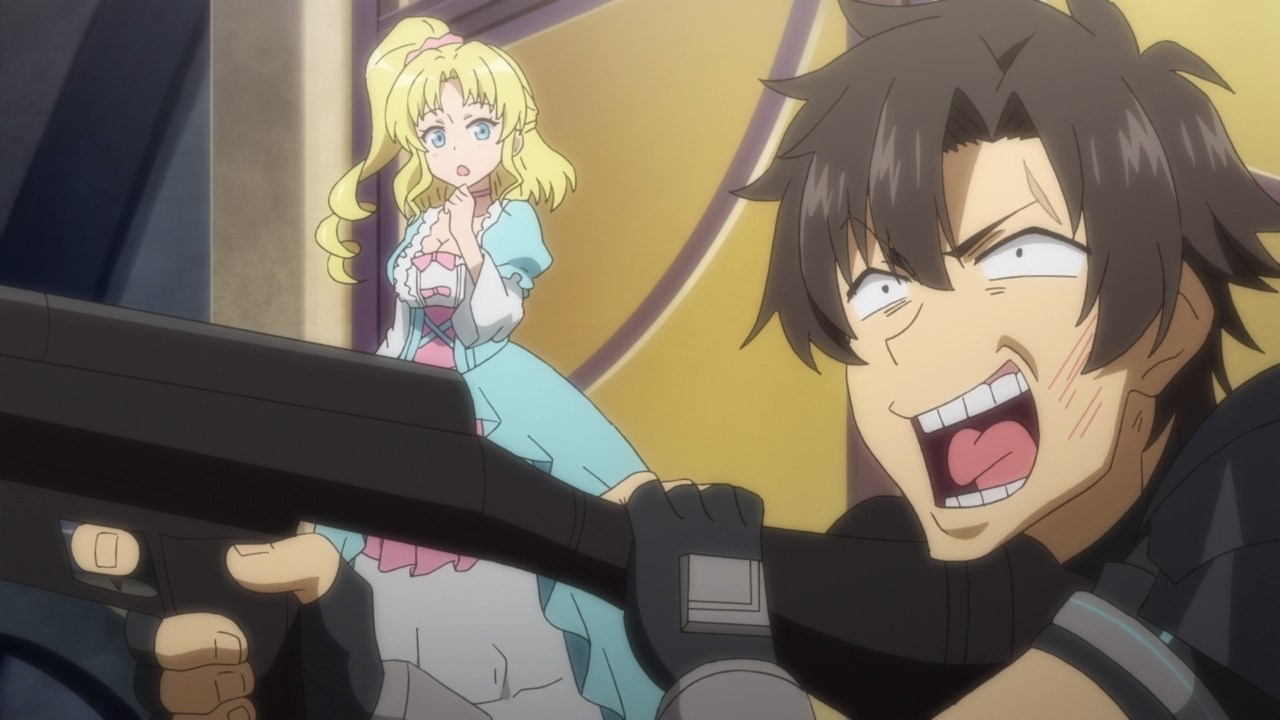 But thanks to his stunt, No. 6 got enough points to buy an anti-material rifle, which is perfect for destroying golems from afar. Look at his face, he’s gloating hard! 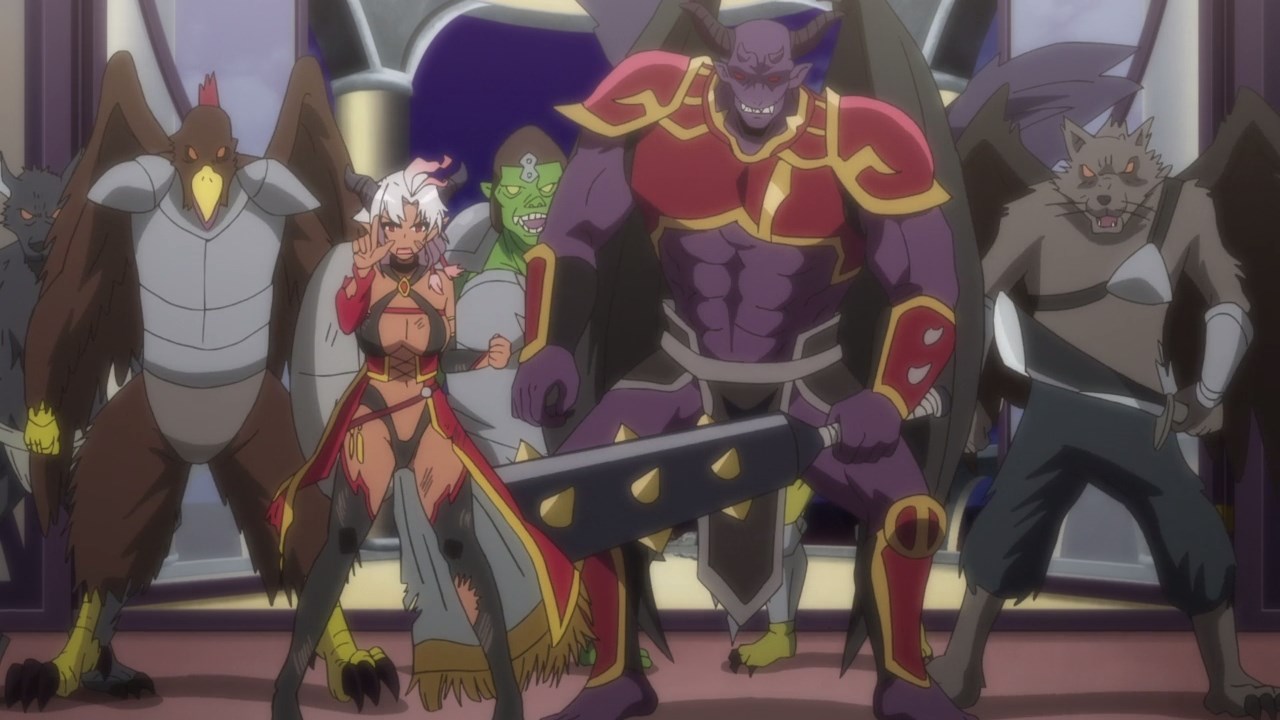 But, the anti-material rifle is ineffective when Heine and Gadalkand are close to the combat agent.

By the way, he can’t buy extra ammo since No. 6 bought the rifle in the first place unless… 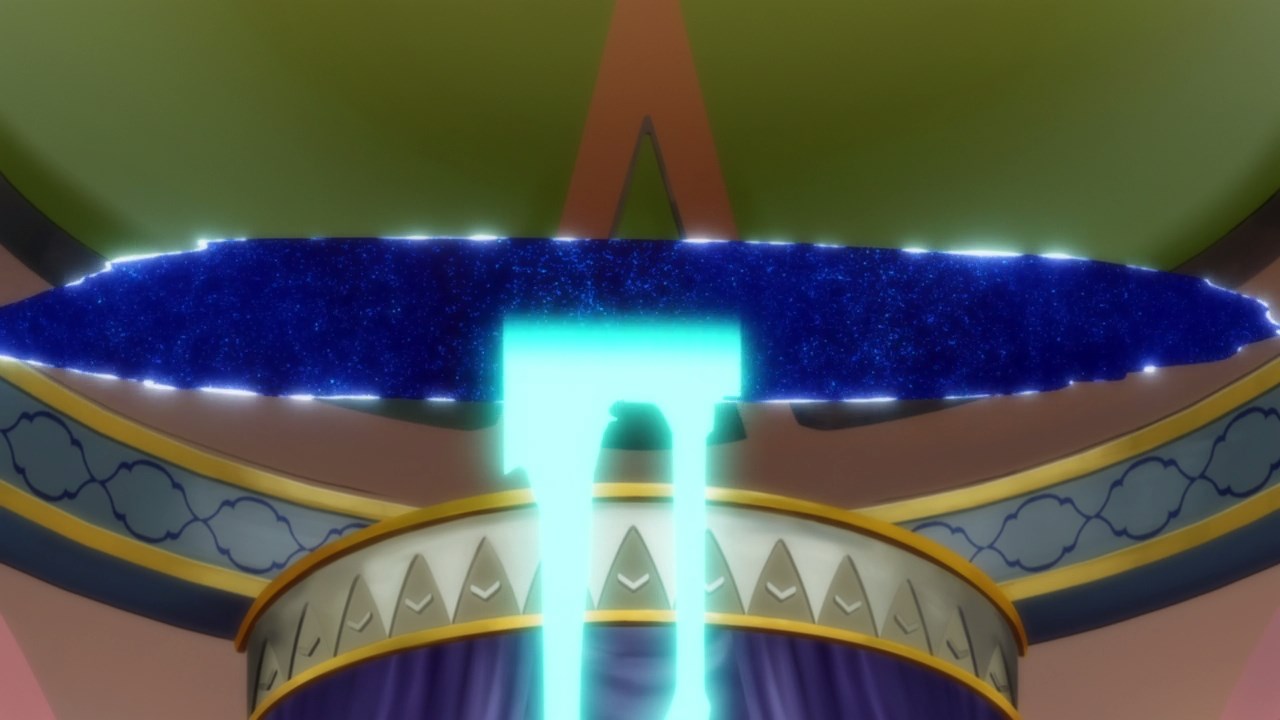 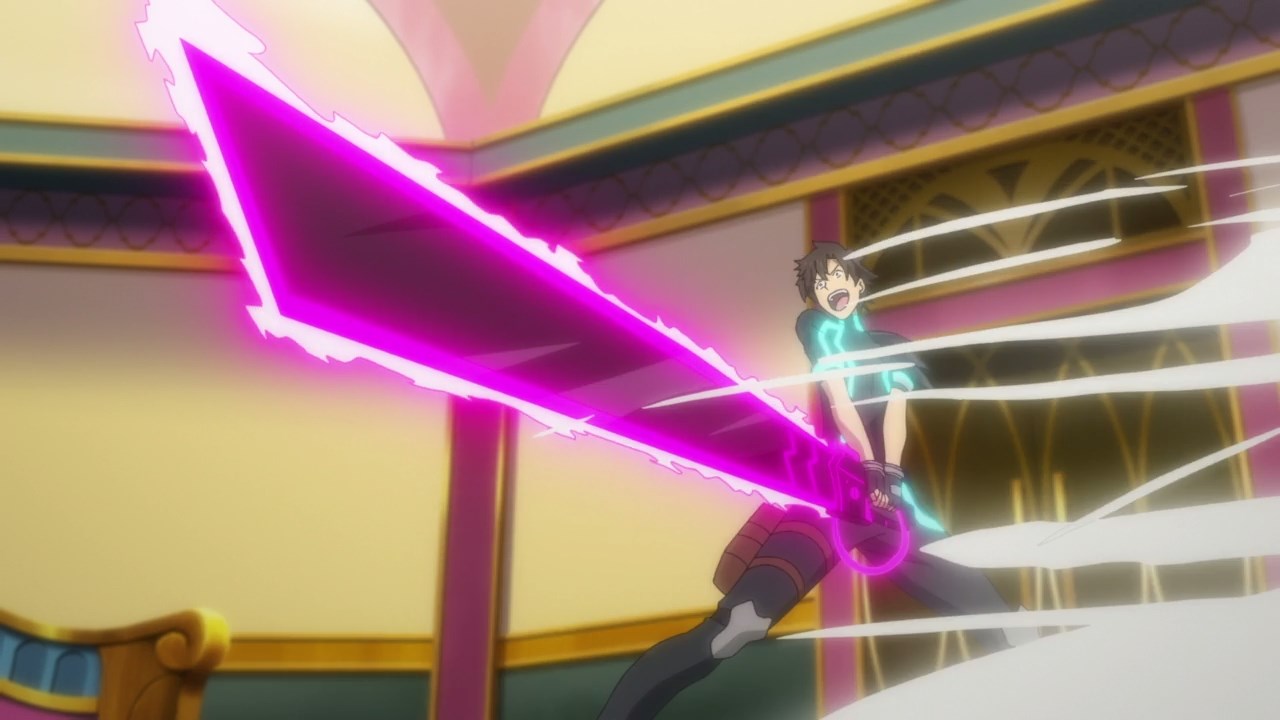 …he decides to summon a powerful melee weapon for emergency use. Not sure if this weapon costs lots of evil points to summon it.

This is the Anti-Armored Vehicle Vibrating Blade Bad Sword Type-R, or R-Buzzsaw for short in which he used this weapon to kill various heroes and other strong beings. It’s even more effective when he release the limiter on his combat suit. 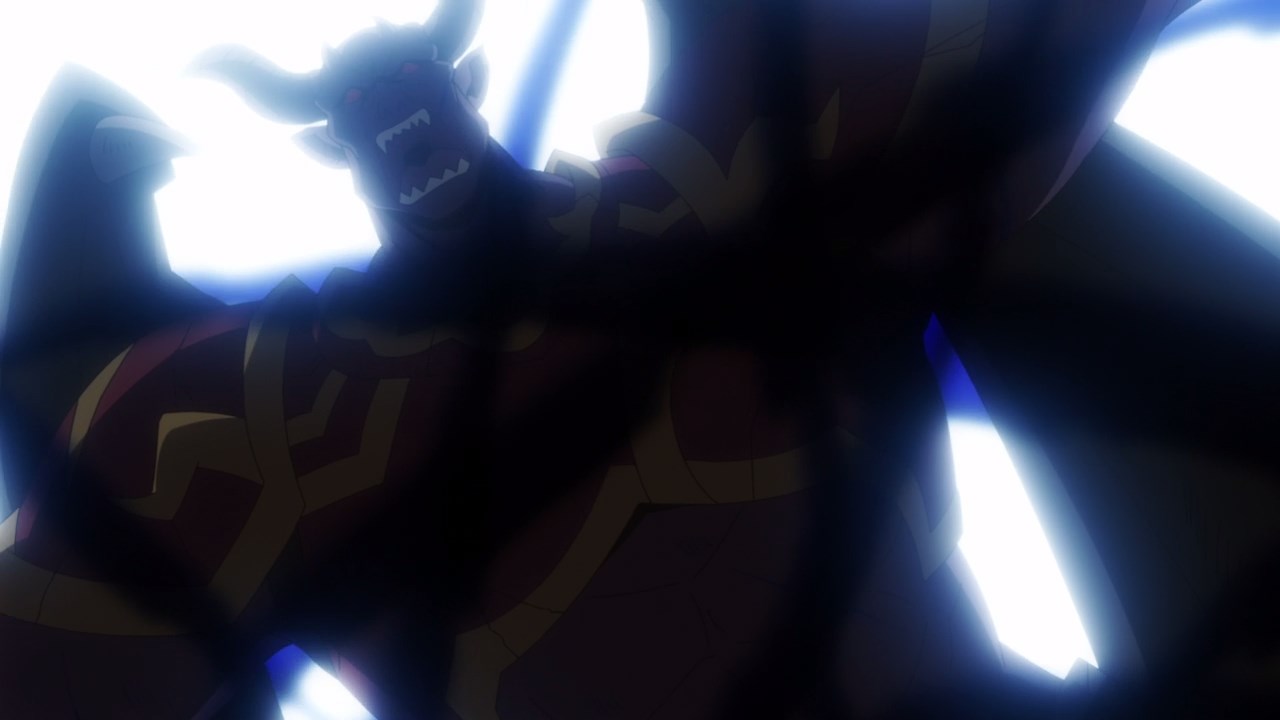 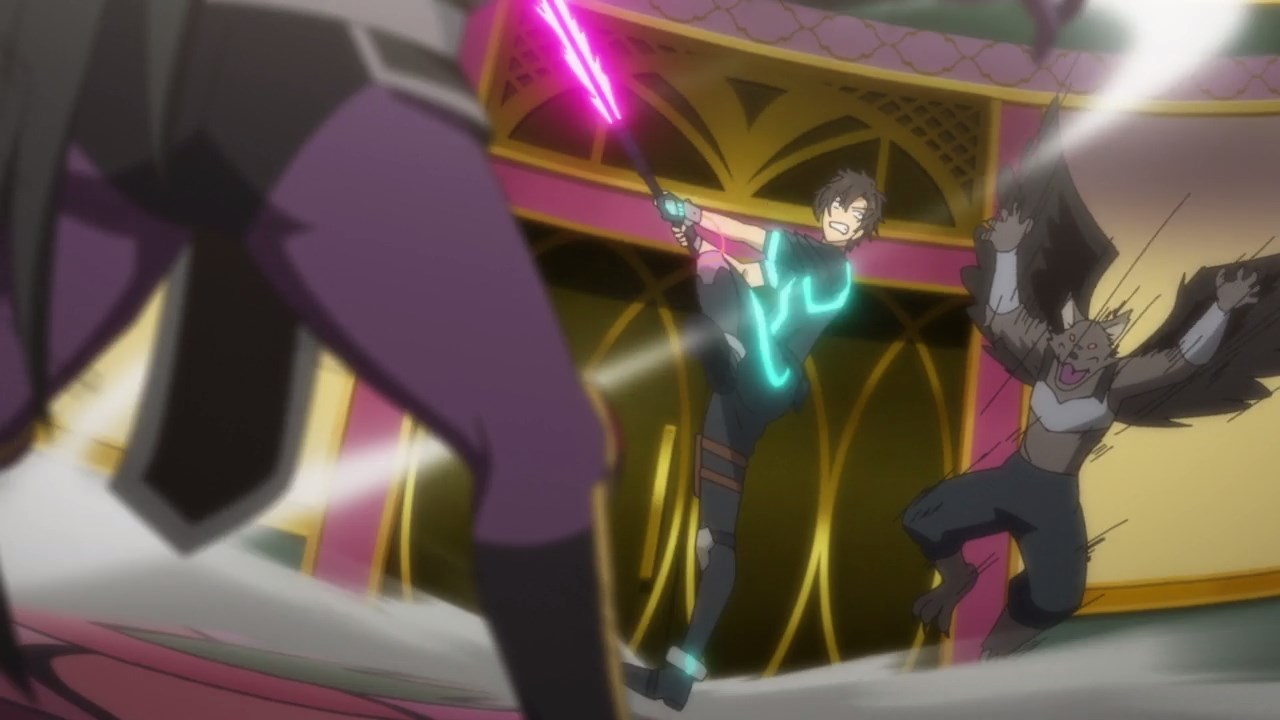 With that said, No. 6 goes all out against Gadalkand of the Earth and various demons as he shred everyone in a span of one minute.

Oh yeah, Heine of the Flame didn’t get caught by his rampage as she’s really scared of No. 6’s R-Buzzsaw. 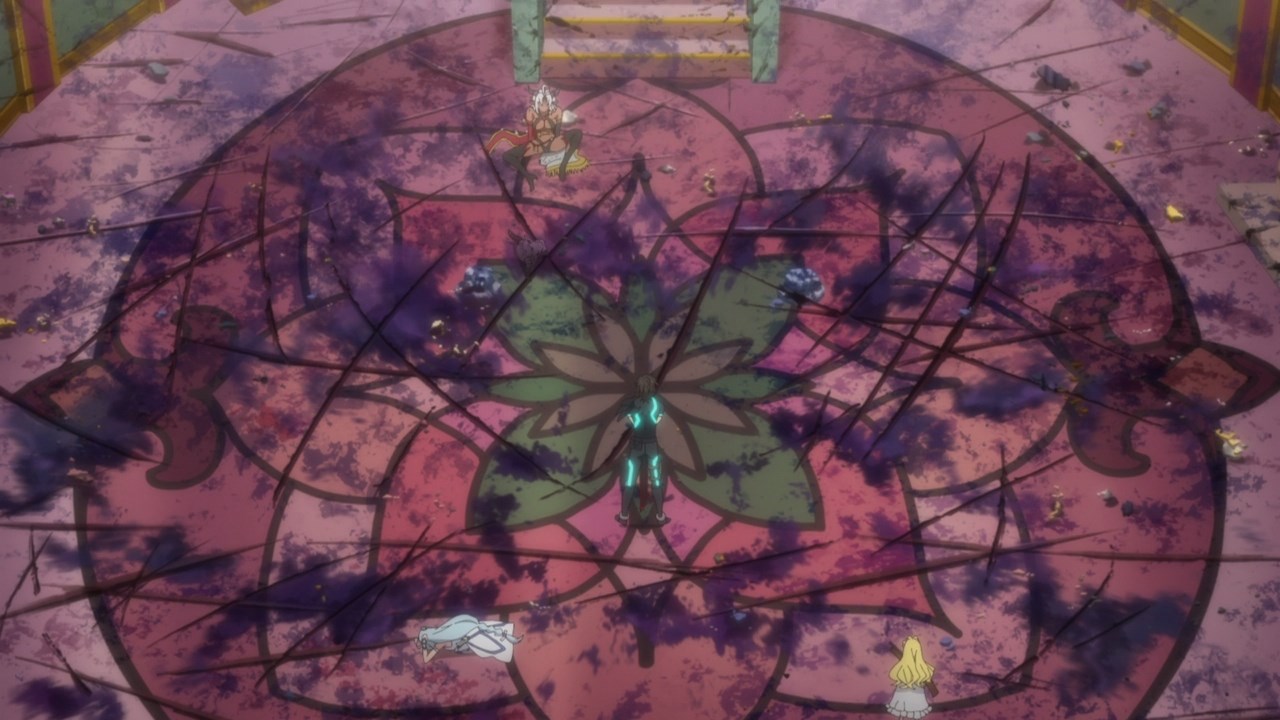 But as you can see, this room is pretty much thrashed as Gadalkand and a bunch of lesser demons got shredded easily, although No. 6 can’t move since his suit needs a cooldown. 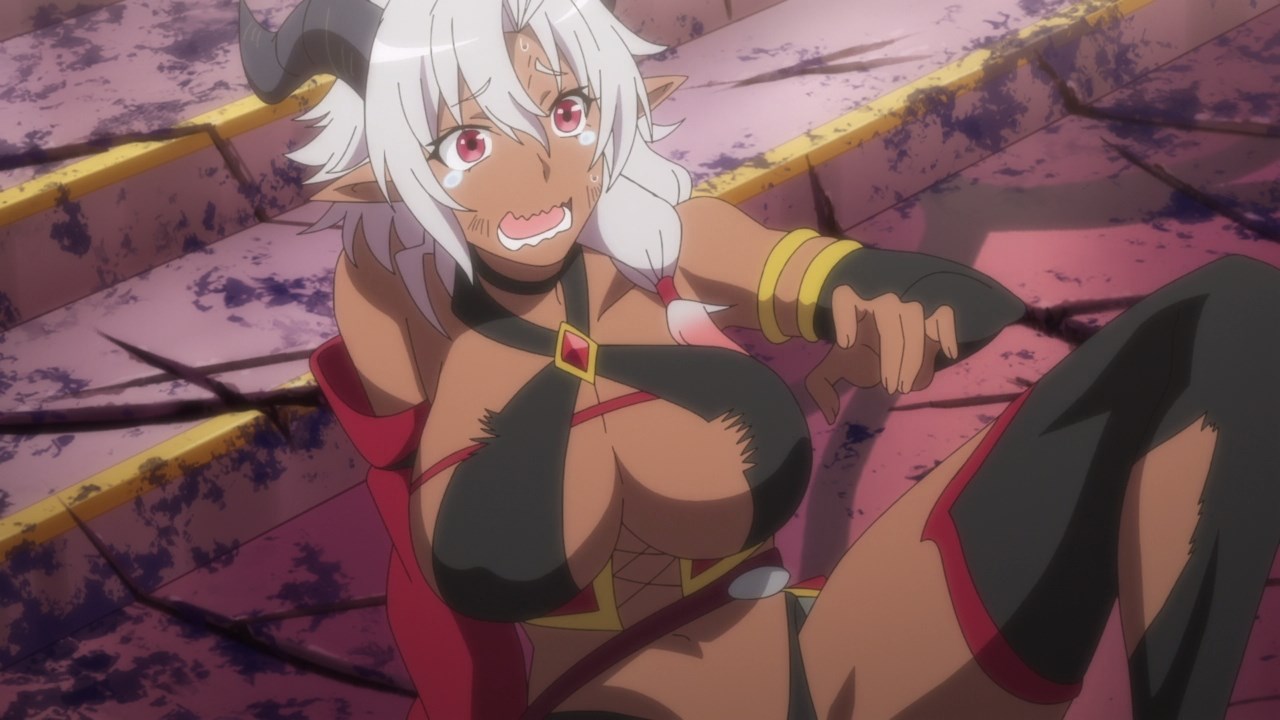 As for Heine, it appears that she decides to flee, but not before No. 6 asked her for a 1-month truce since he has plans for her in the future.

Could it be that he wants Heine to become a gravure model? We’ll never know for sure but hey, the Kingdom of Grace is saved yet again! 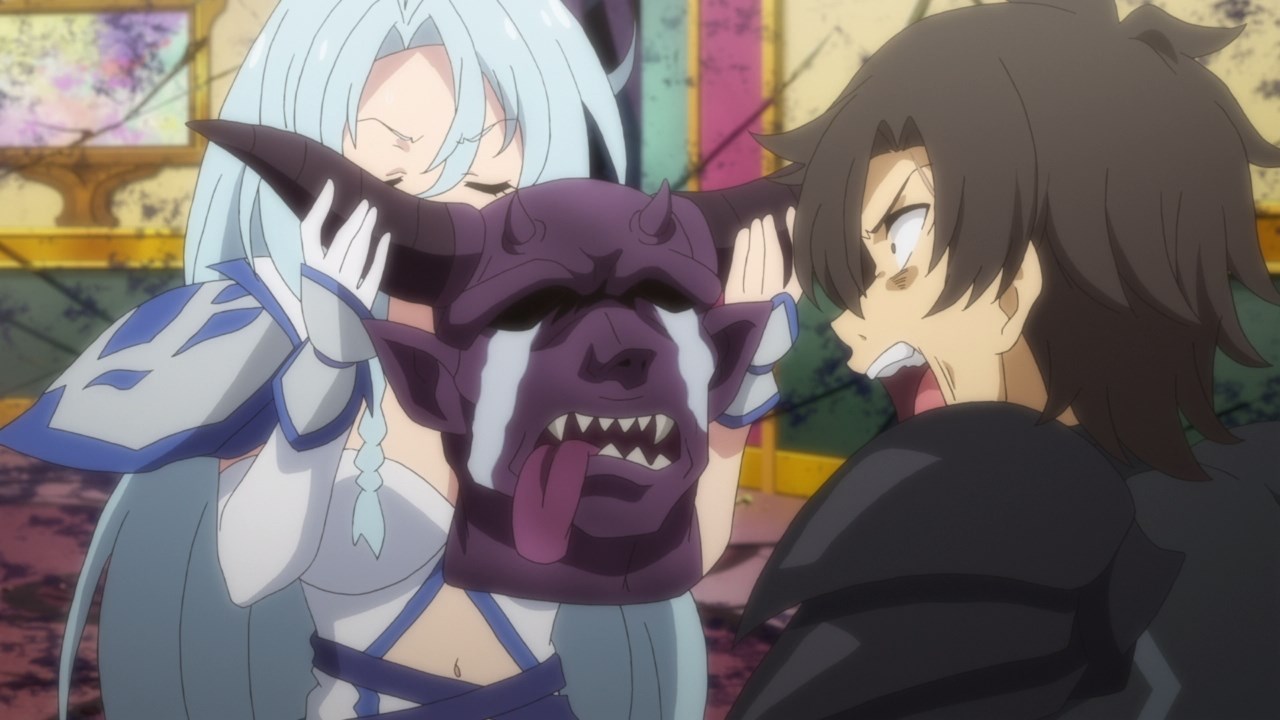 As for his reward, it looks like Snow wants No. 6 to kiss Gadalkand’s head. Um, that’s awfully gross! 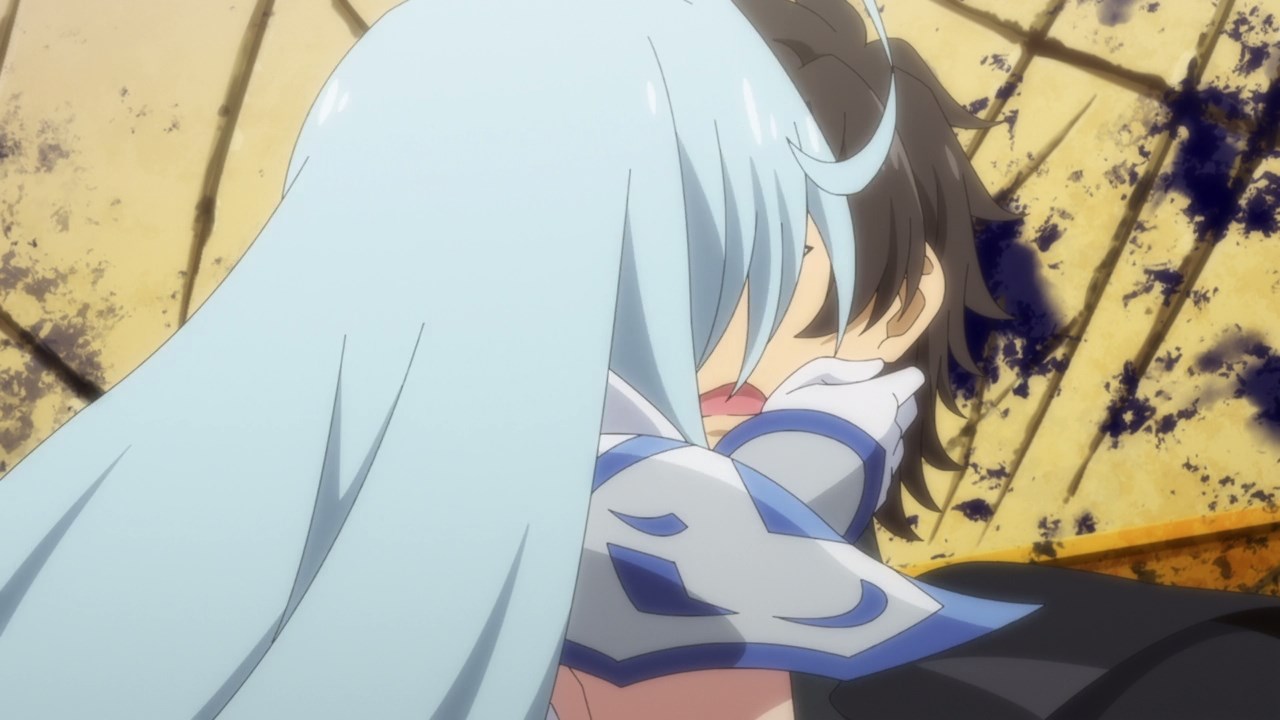 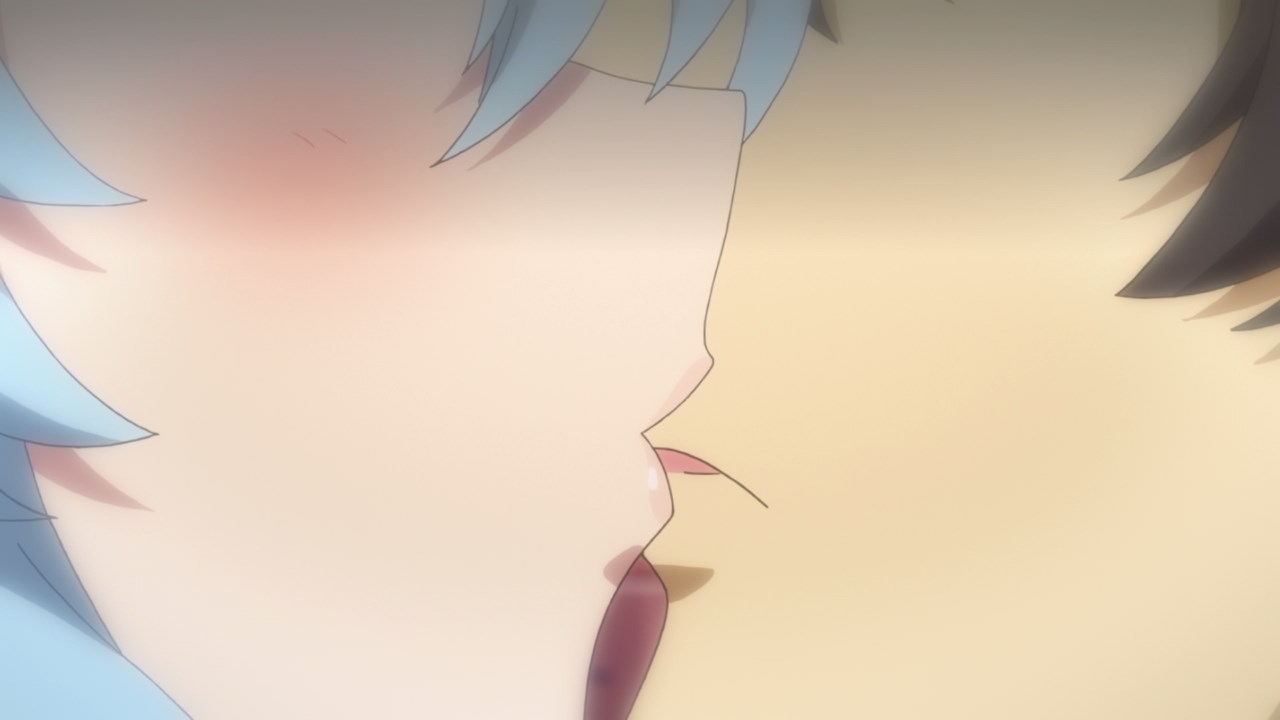 Just kidding, Snow decides to kiss the combat agent in the lips. Okay Snow, are you really in love with No. 6? 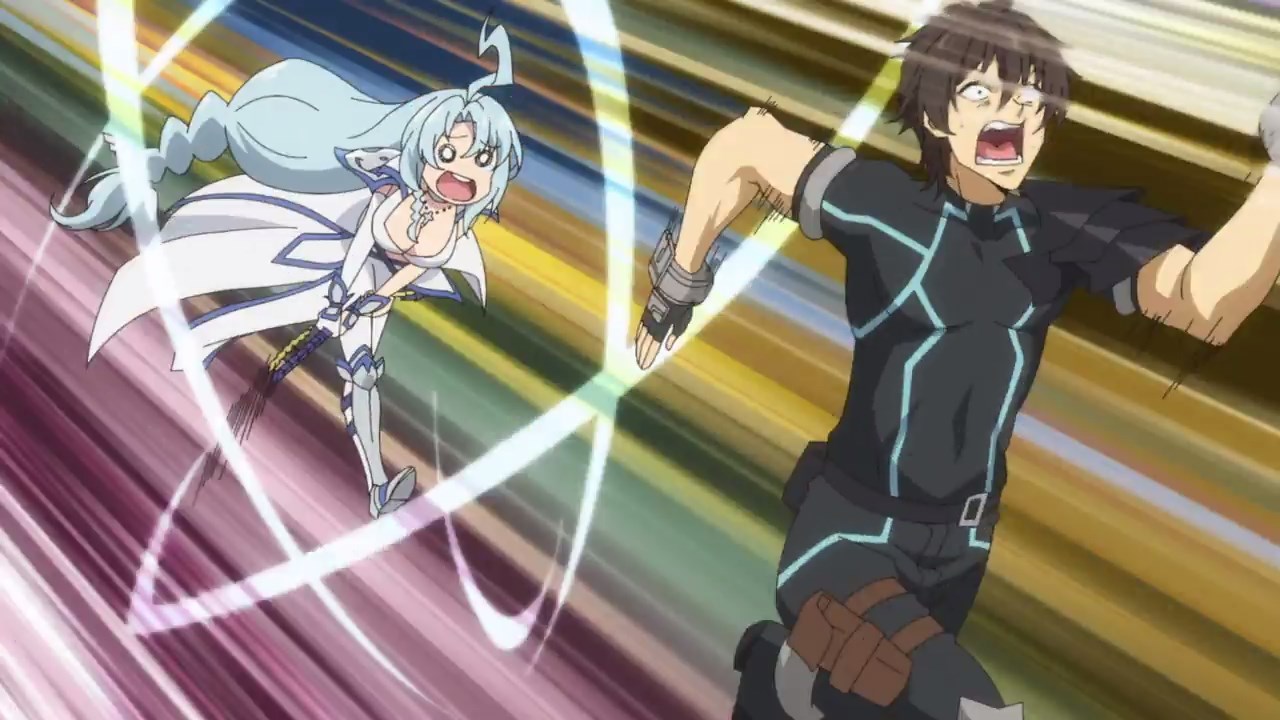 Nevermind, she really hates No. 6 that she’s gonna kill him with her glacial sword. Good thing the combat agent got away now that No. 6’s suit has finally cooled-down. 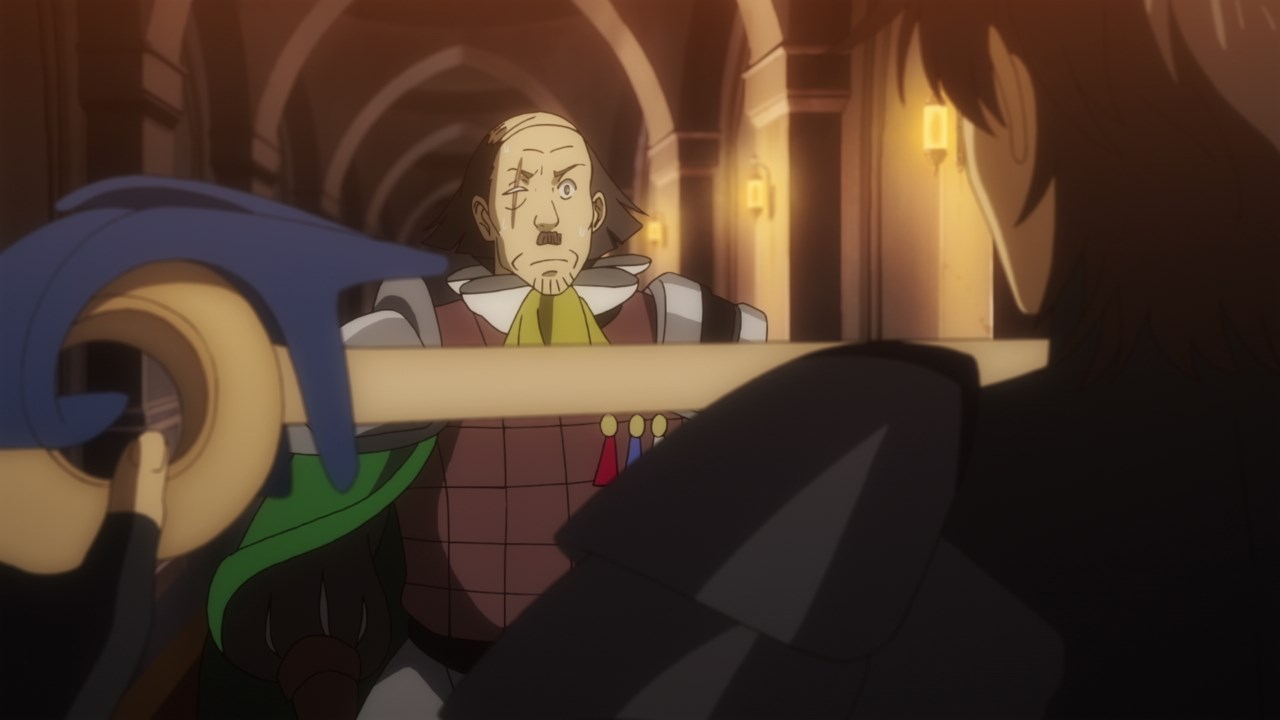 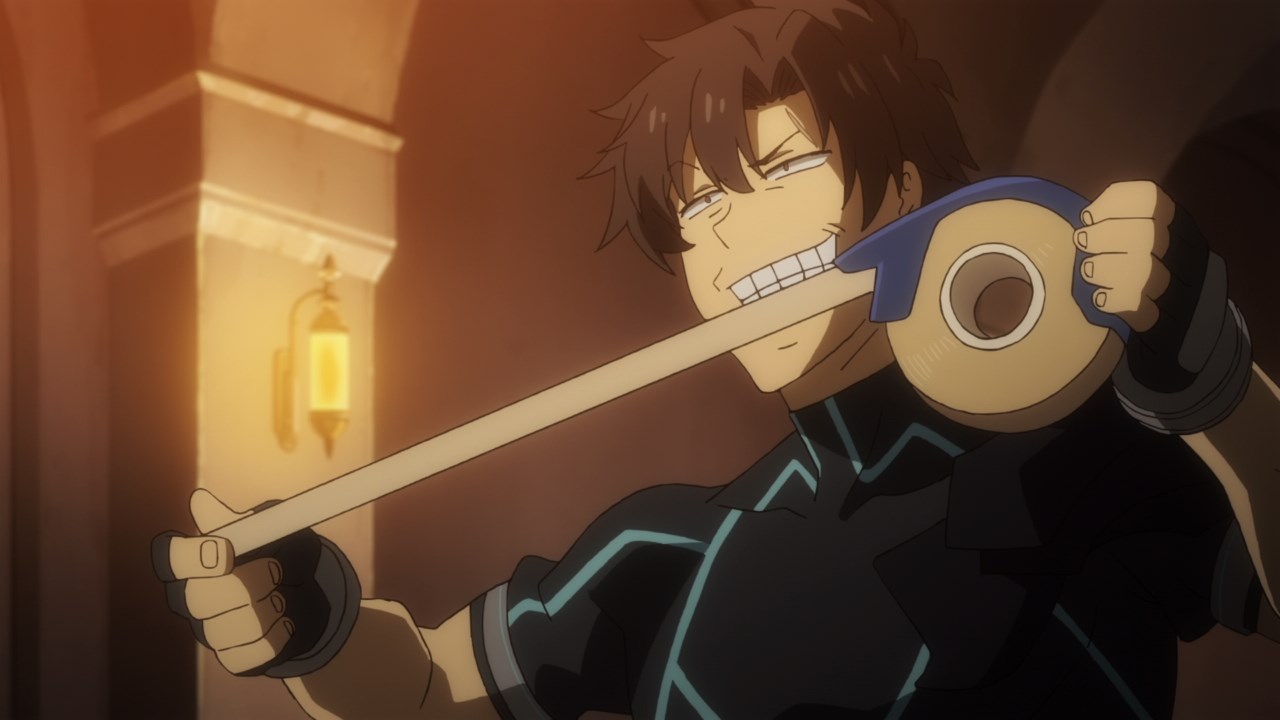 Oh yeah, let’s pay a visit to the strategist where No. 6 has a present for him. Say hello to duct tape where the combat agent will his hair off to make it even more bald. 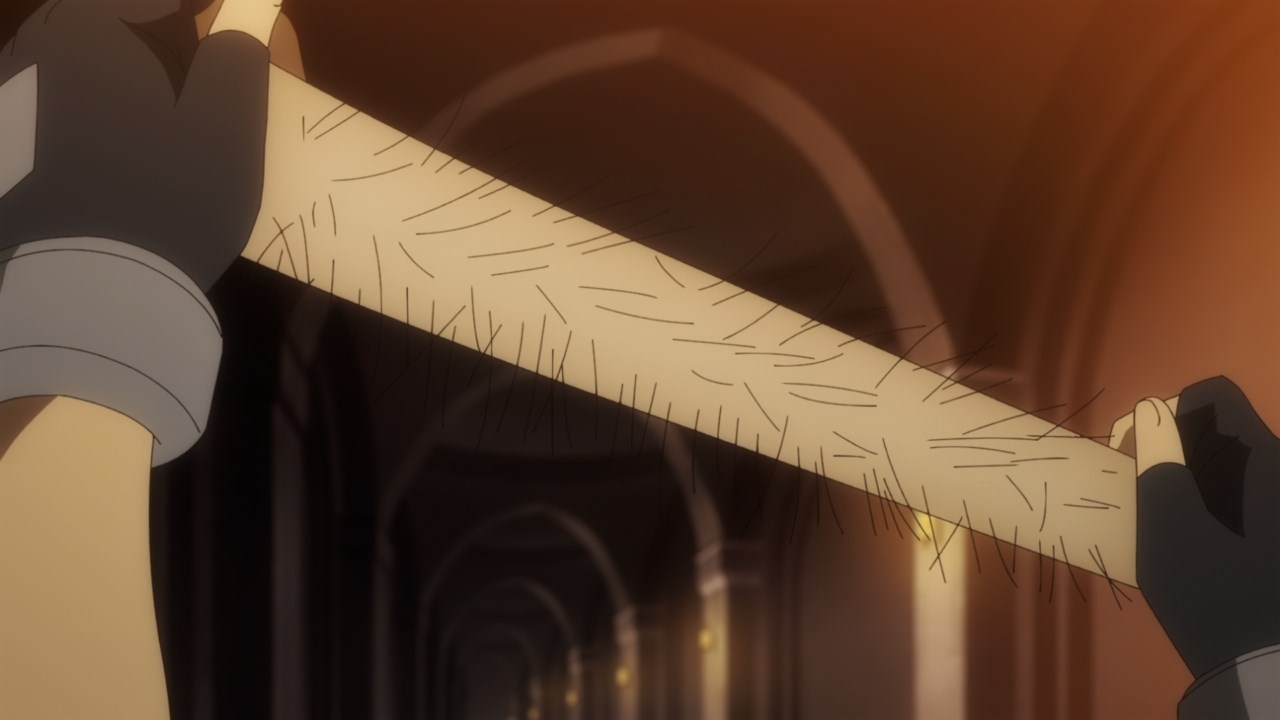 But seriously though, this strategist got what he deserve for attempting to frame No. 6 as a traitor, although I wish that scumbag got eaten by demons. 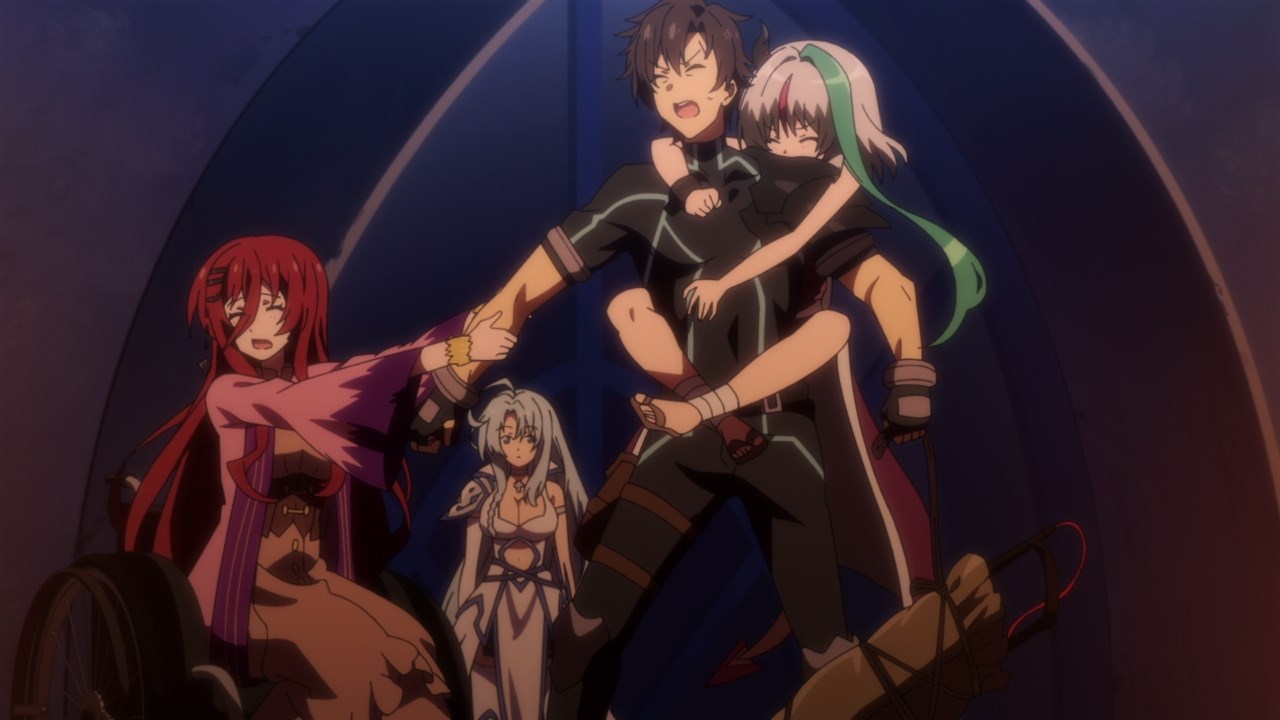 One more thing, looks like both Rose and Grimm are okay instead of being killed. Well, it’s all thanks to No. 6 for killing Gadalkand and most of the demons. 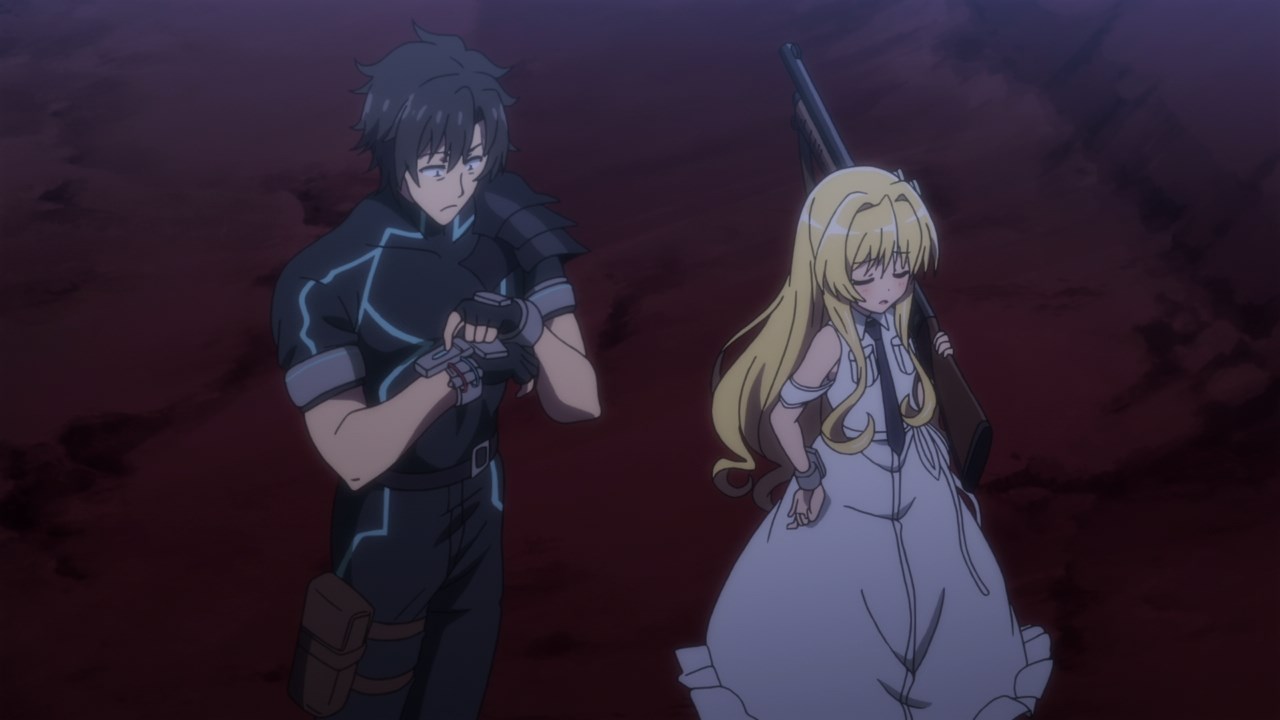 Anyways, time for the combat agent and his android companion to party all night but unfortunately, there’s a big bad news for No. 6 as Alice pointed out. 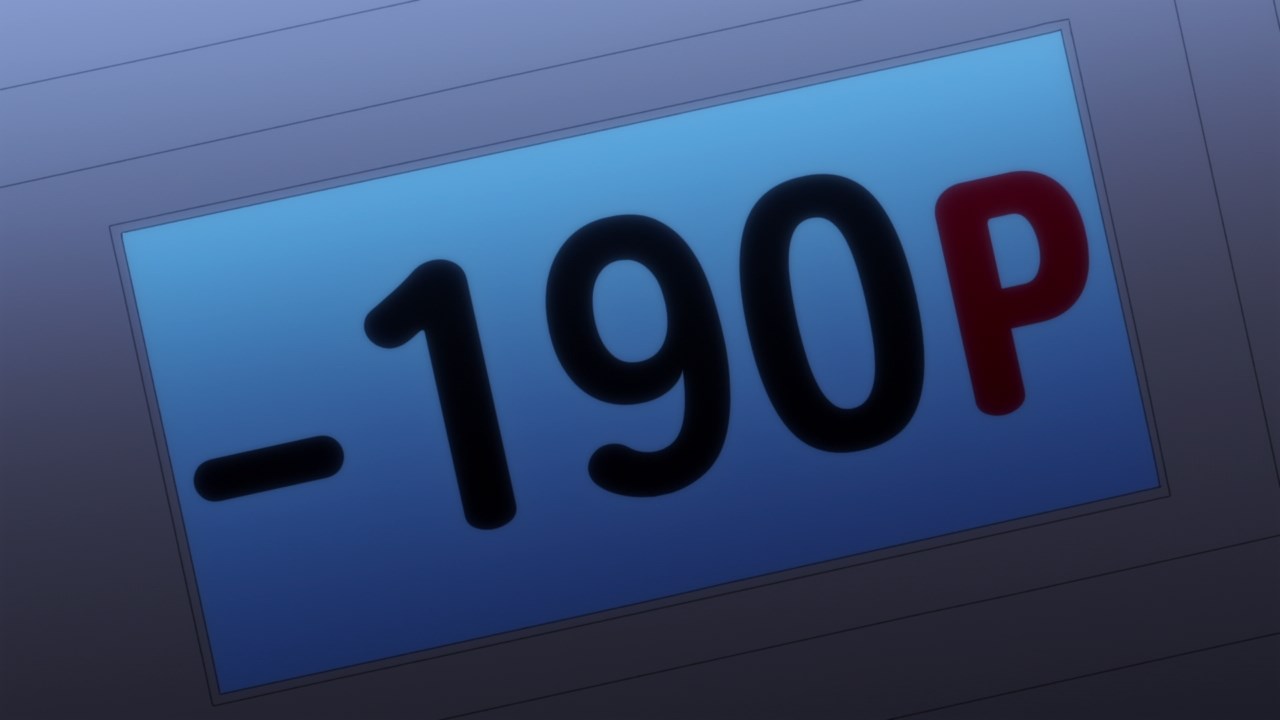 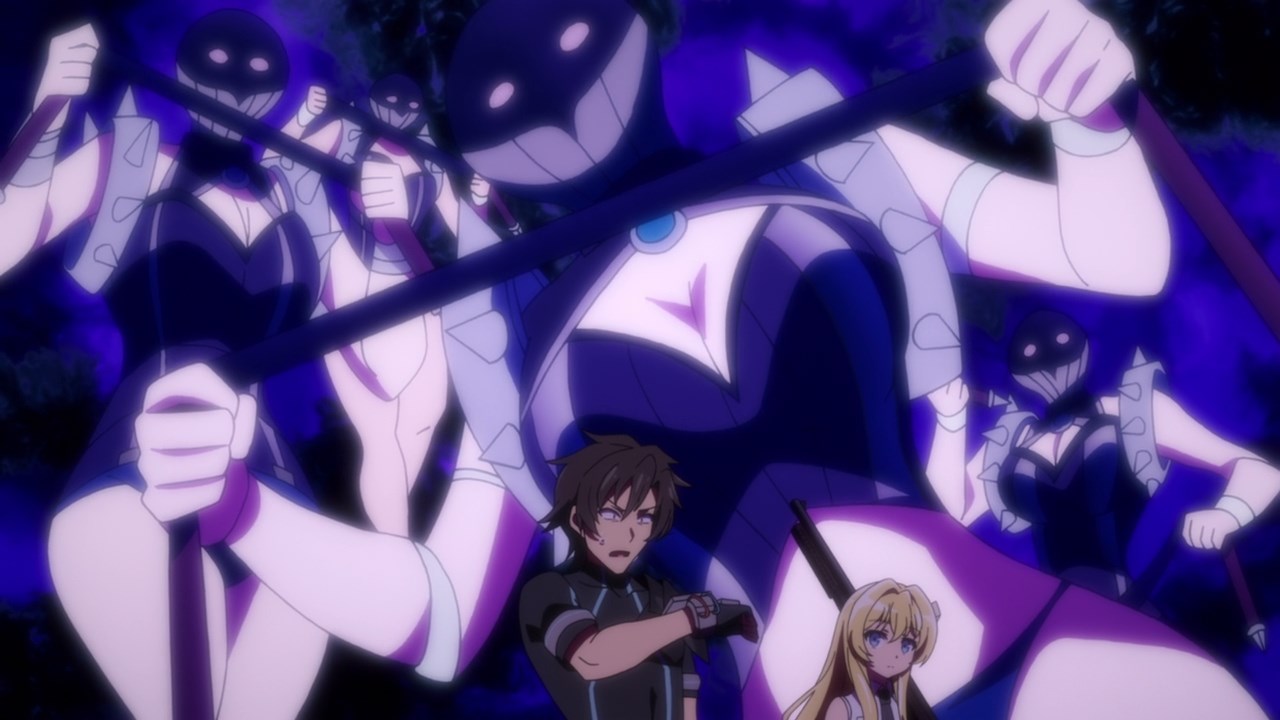 But that’s the end of this episode as the Kingdom of Grace is saved from demons for now. Still, what the hell happened to the Chosen Hero? I guess we’ll never know as I’ll see you next time!