Joran: The Princess of Snow and Blood Episode #07 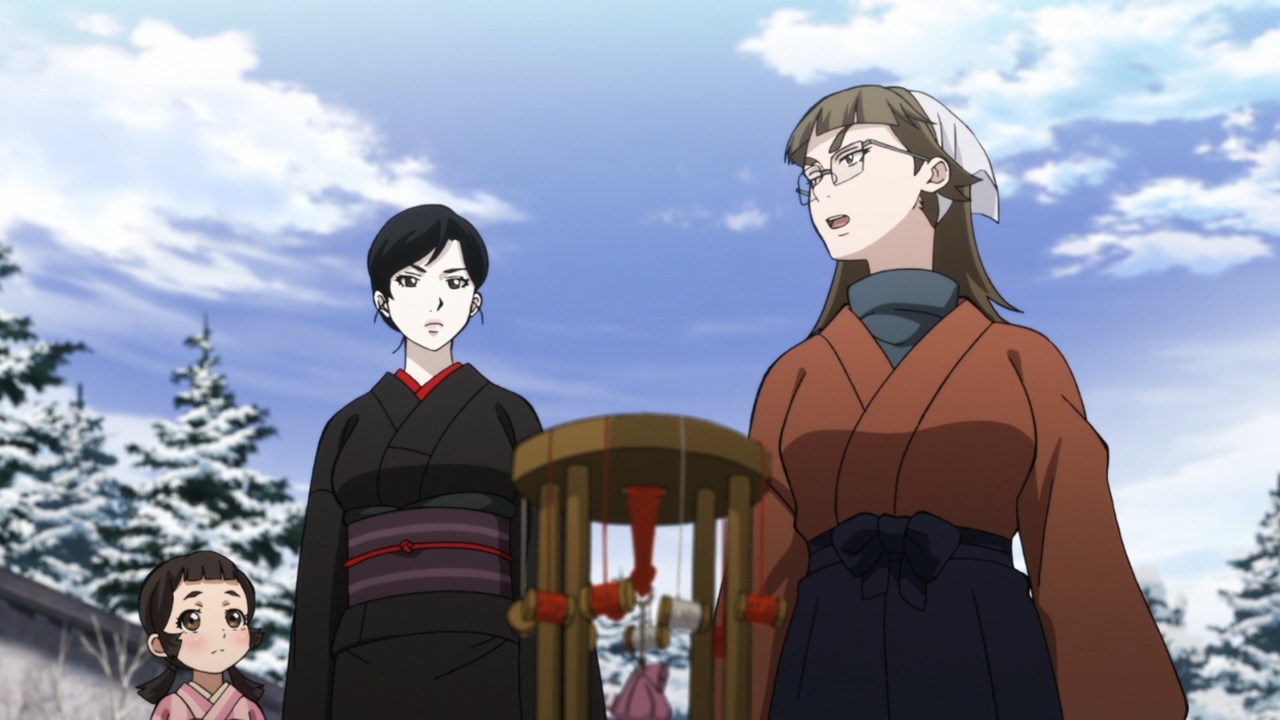 Well everyone, looks like Sawa Karasumori and Asahi Nakamura will spend their peaceful lives in a remote village as Rinko will provide a home for them. 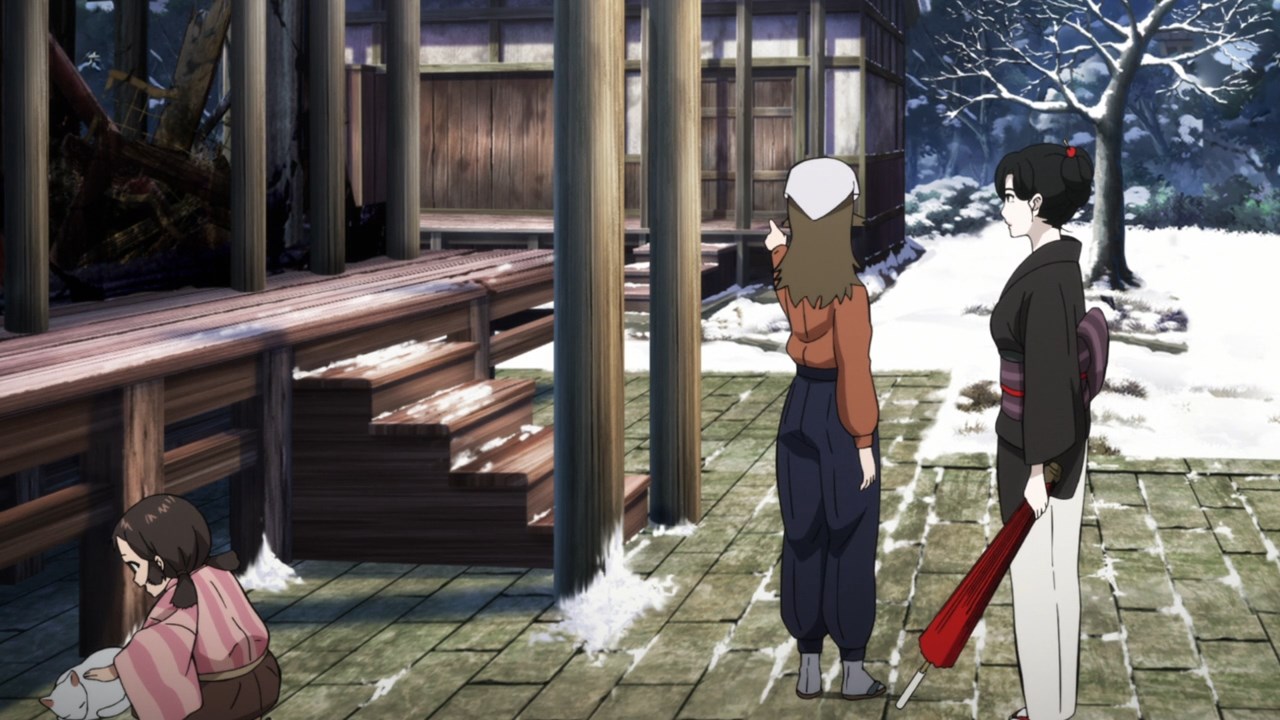 See that house over there? Rinko’s grandmother used to live on that house. Anyways, I’m glad that Sawa and Asahi found a place to stay. 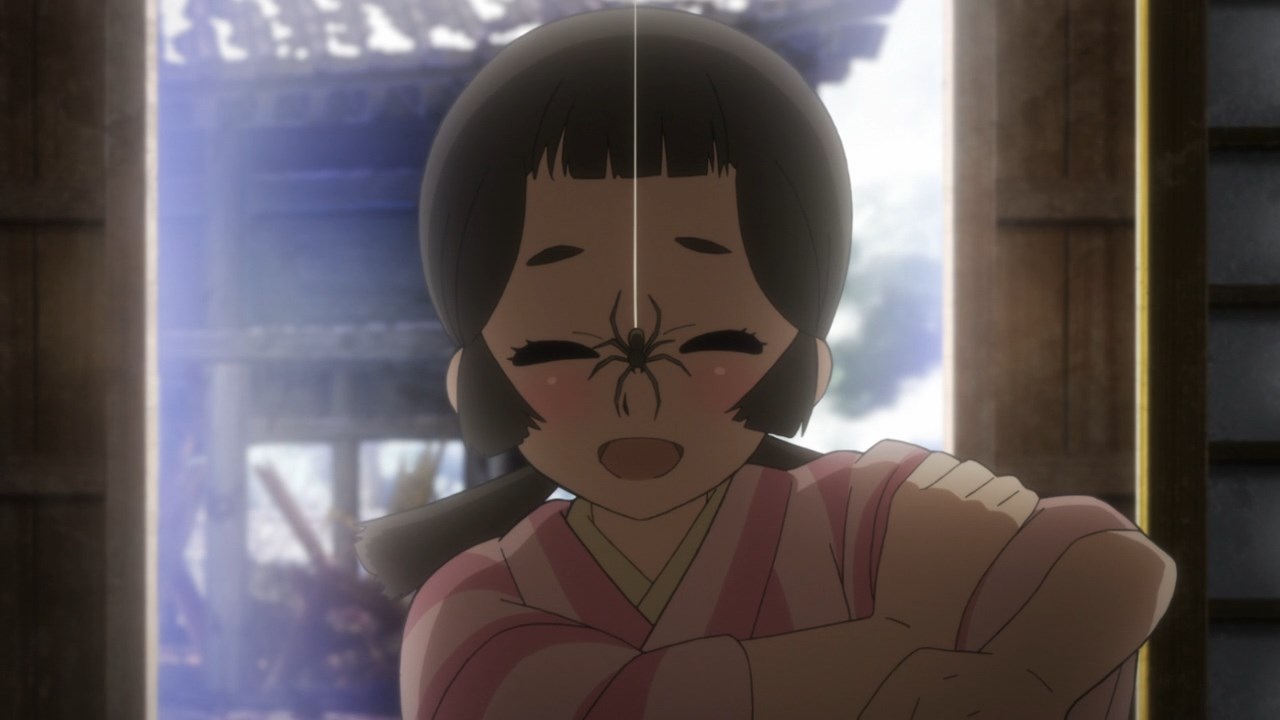 Then again, it appears that the house needs some cleaning as Asahi found a spider. Well, that would take a while to make it a comfy home. 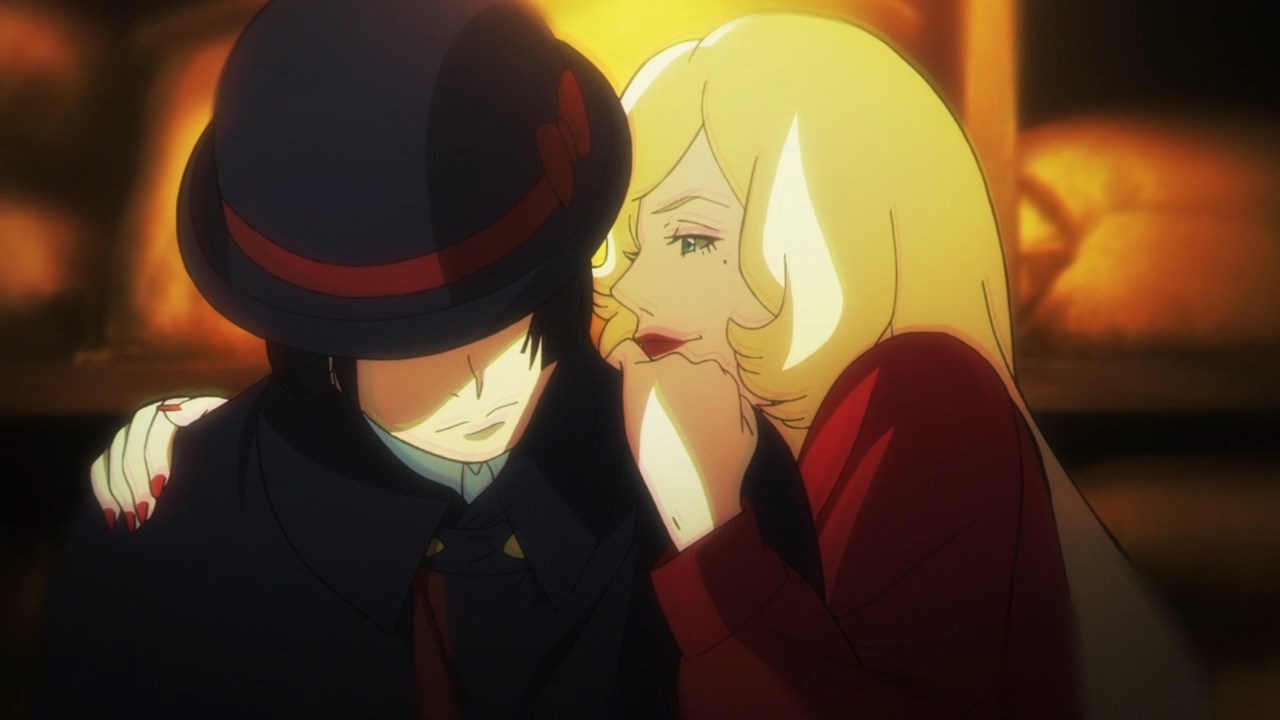 Meanwhile, here’s Makoto Tsukishiro where she’s losing her mind as the side-effects are kicking hard. Heck, Makoto can see the ghost of Elena Hanakaze in which she wants to drag Tsukishiro to hell. 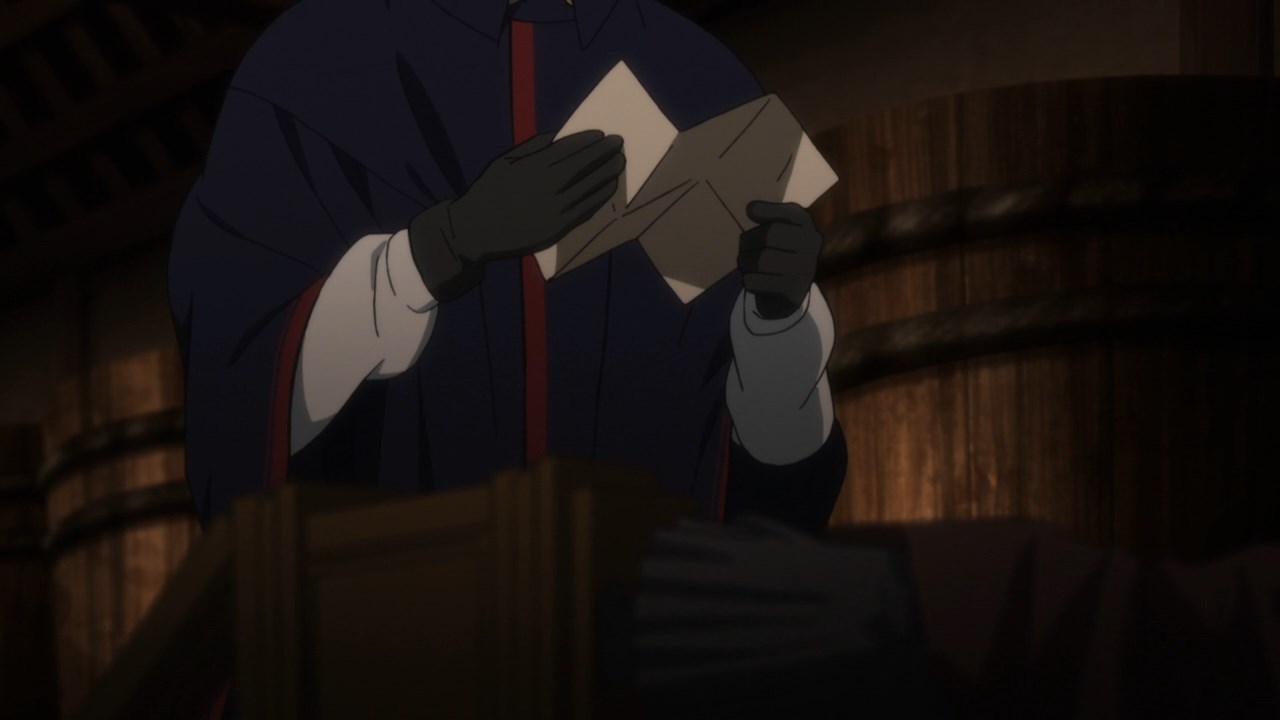 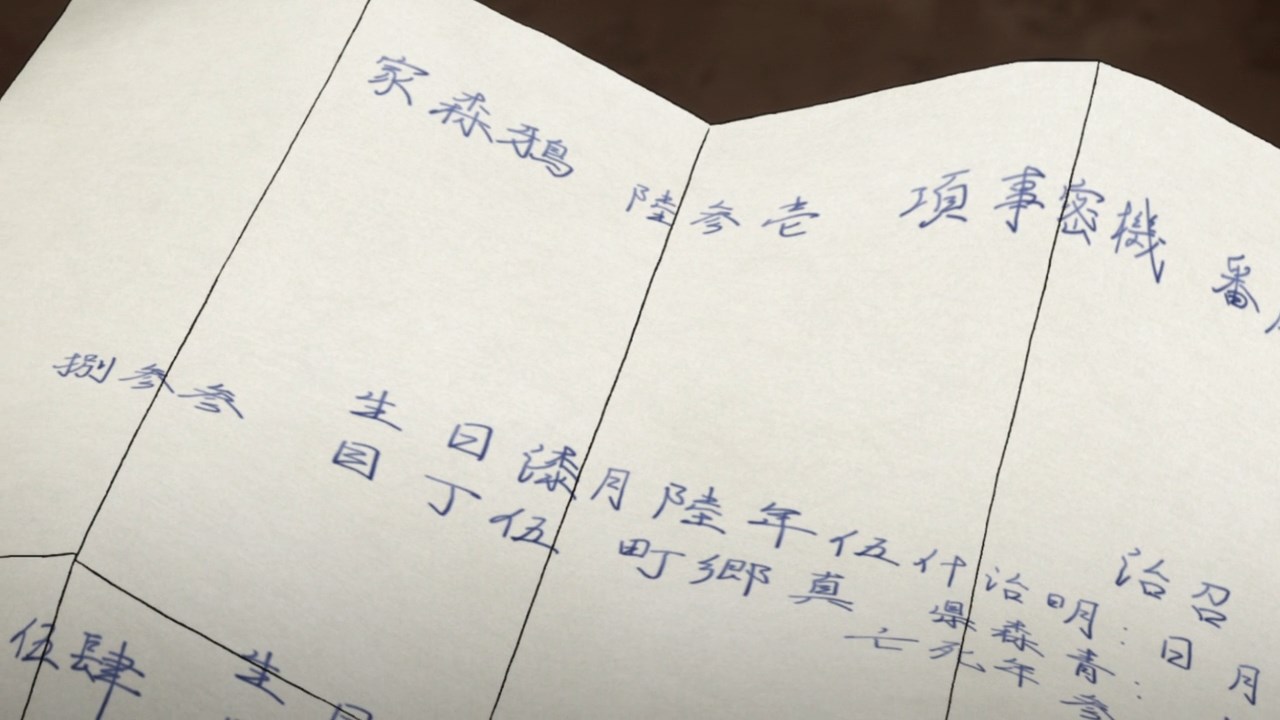 With that said, Makoto Tsukishiro found some notes that Kyouko Shimozono left behind, including the top-secret information about the Karasumori clan in which the Tokugawa Shogunate are interested in their special blood.

Well, it’s confirmed that Yoshinobu Tokugawa is the real antagonist but defeating him would be impossible. 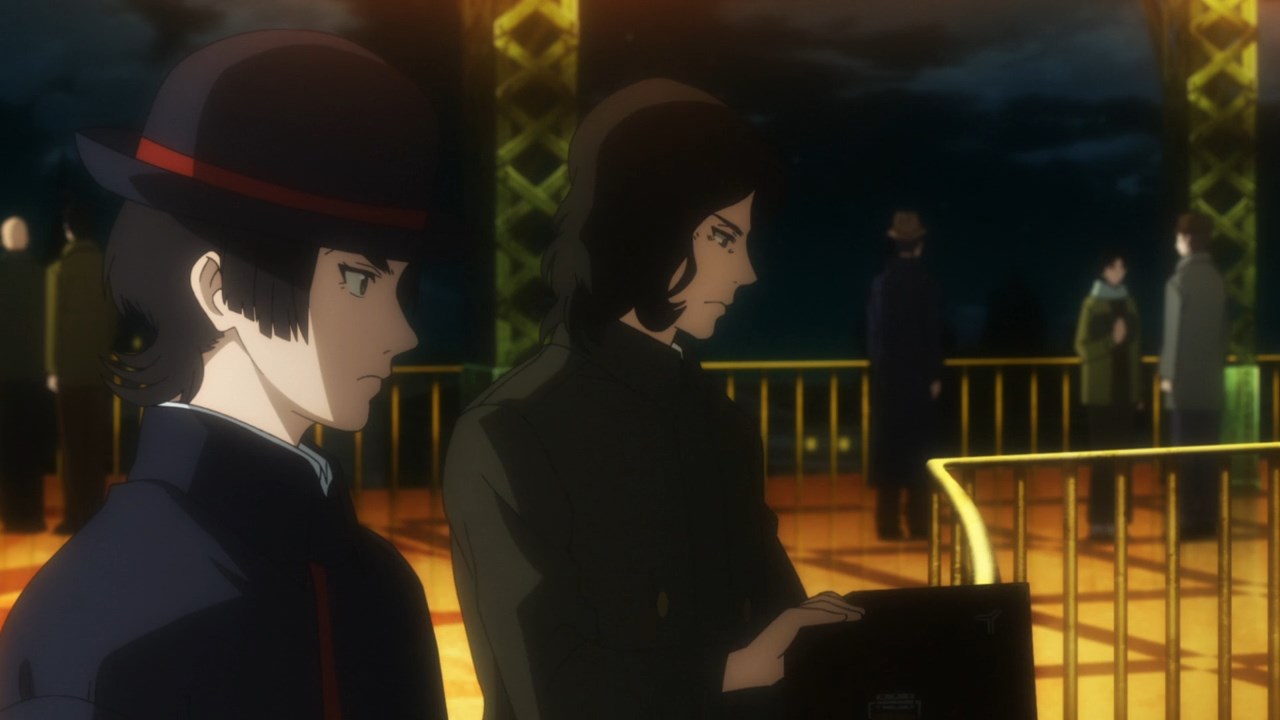 Unfortunately, Jin Kuzuhara demanded to hand over the documents or he’ll do something terrible to Makoto Tsukishiro, much like how he did to Dr. Ijichi for which Jin tortured Makoto’s doctor to death.

Honestly, why is Kuzuhara still working for the shogunate despite the fact that Yoshinobu-sama is a scumbag of a leader? 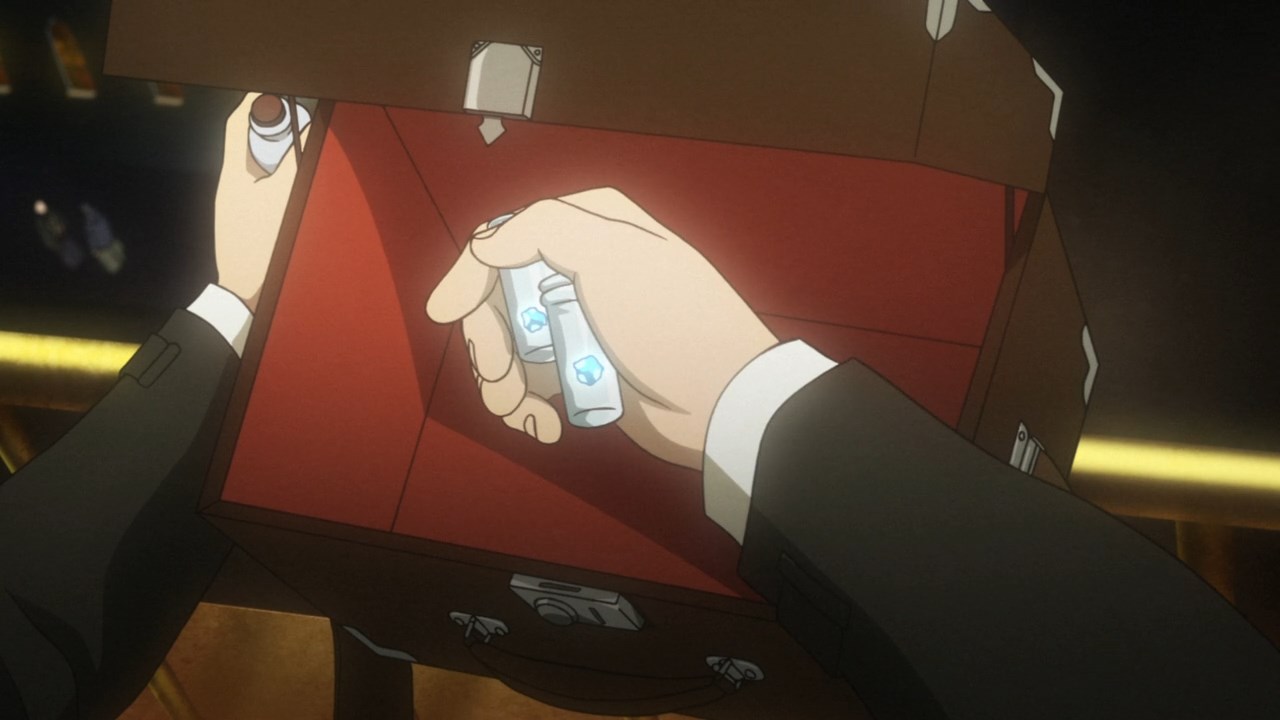 Regardless, Tsukishiro hand over the box which not only contained Kyouko Shimozono’s documents, but also Janome’s Changeling formula in which Yoshinobu Tokugawa wants to get his hands on it. 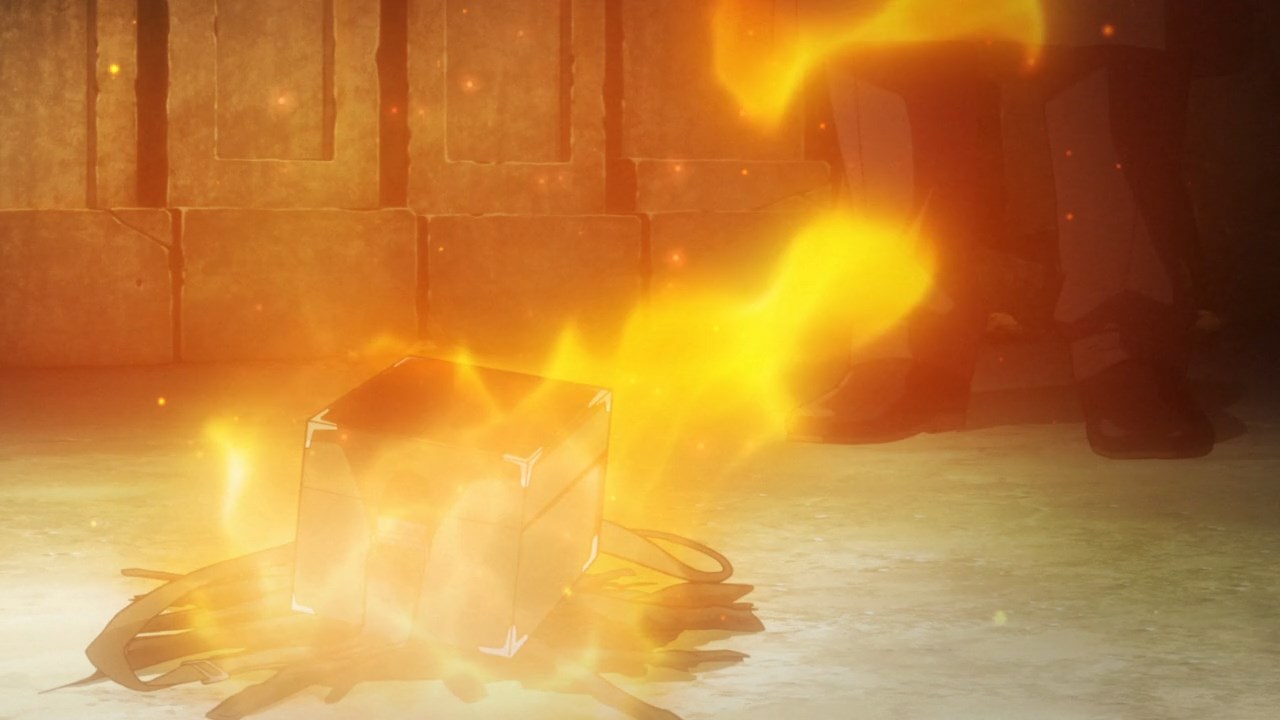 However, Jin Kuzuhara decides to burn the box which contains both Kyouko Shimozono’s secret documents as Janome’s formula.

Then again, I have a feeling that the box doesn’t contain the treasurer’s dirty laundry, meaning that Tsukishiro secretly took those documents while Kuzuhara destroys Janome’s Changeling formula. 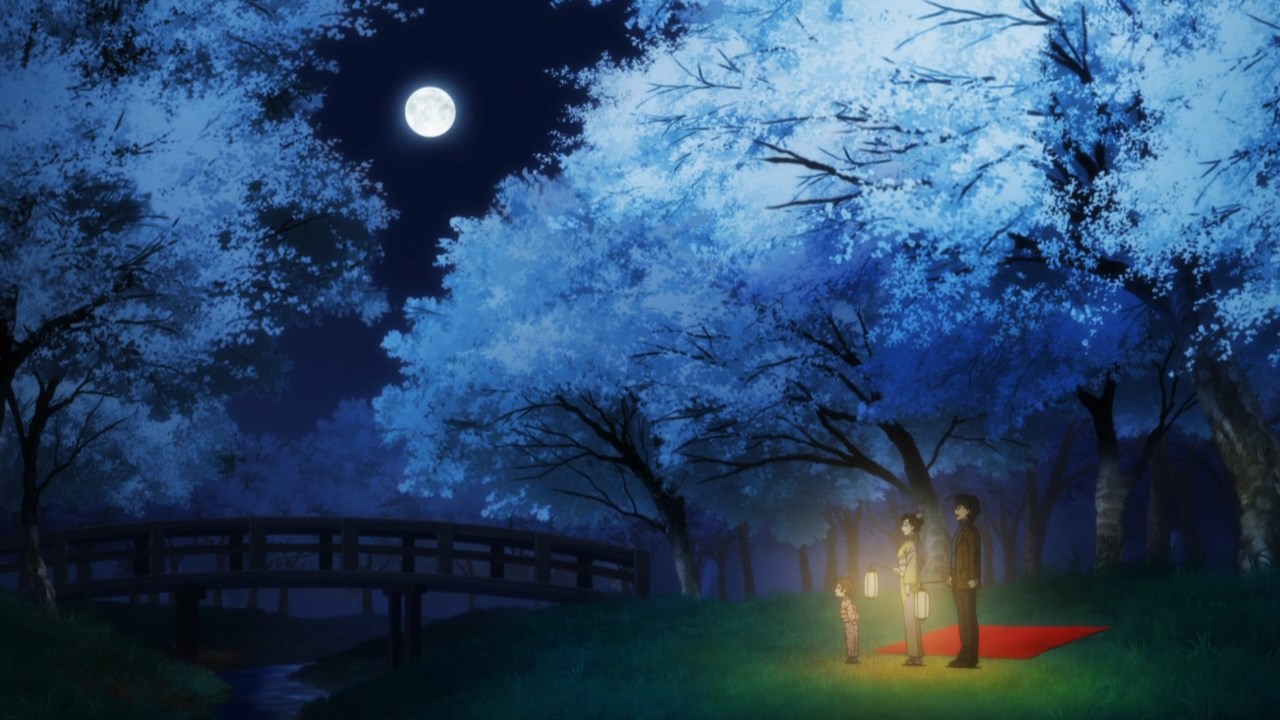 But let’s go back to both Sawa Karasumori and Asahi Nakamura where they went to a festival, only to be told by Oikawa-sensei that it’s cancelled as the Ryumakyu supply got dried up. But hey, at least the night sky is pretty! 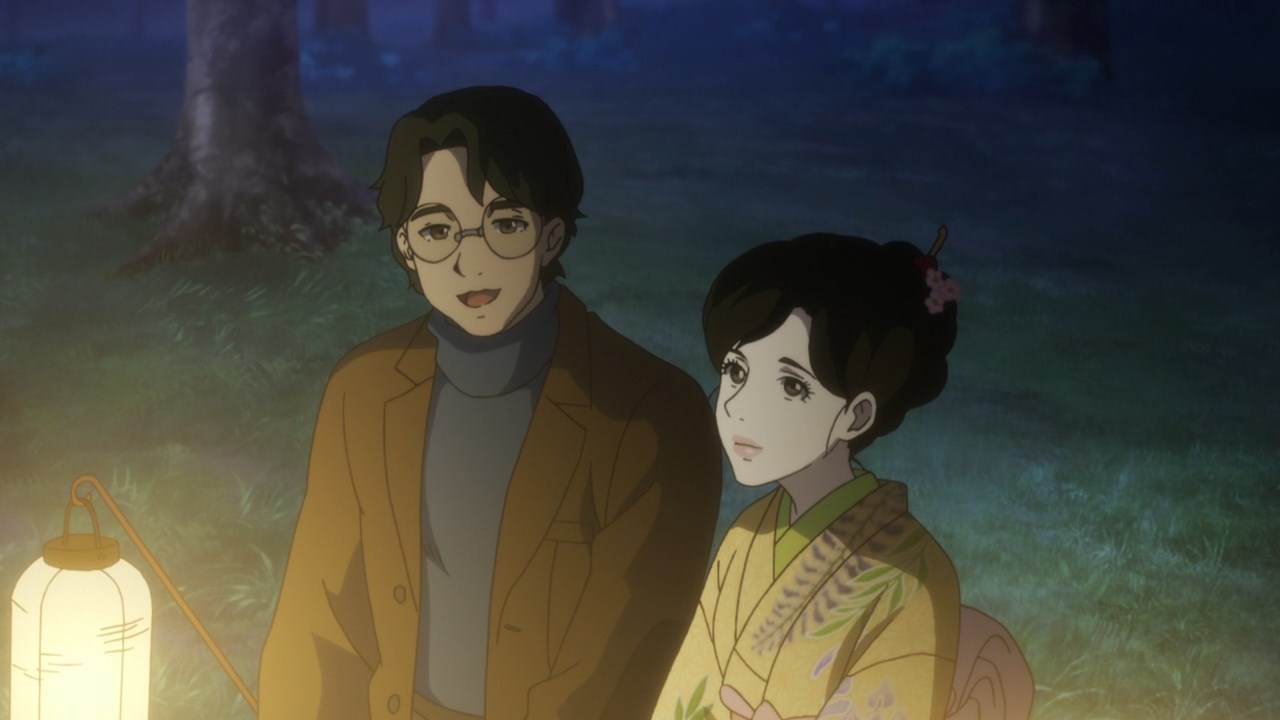 Speaking of Oikawa-sensei, I have to say that he’s a decent guy who not cared about Asahi’s well-being as he wants her to attend school, but Oikawa really cared about his country.

In fact, Oikawa felt frustrated that all of the Ryumakyu, despite being a revolutionary energy source that made Japan into an independent country, is being funneled out to the capital which leaves the rest of his countrymen becoming miserable. 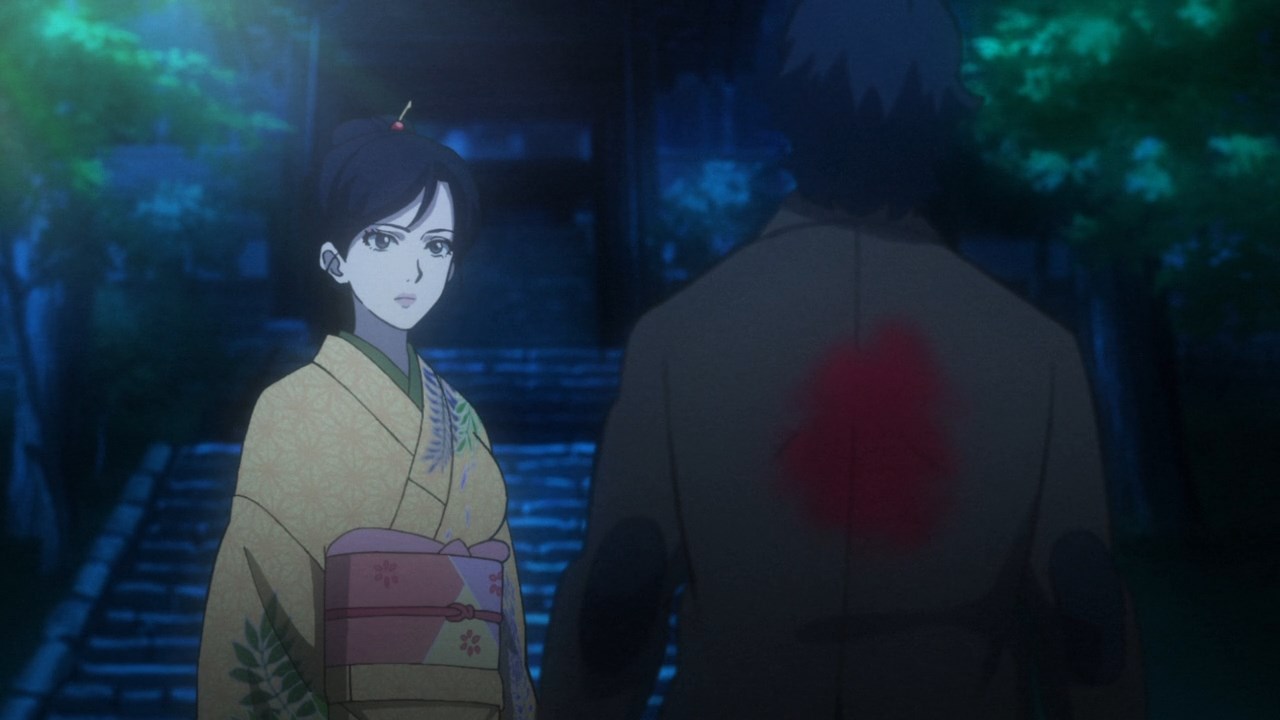 Unfortunately, someone throw a knife towards Oikawa’s back, killing the teacher instantly. Okay, who killed this innocent man? 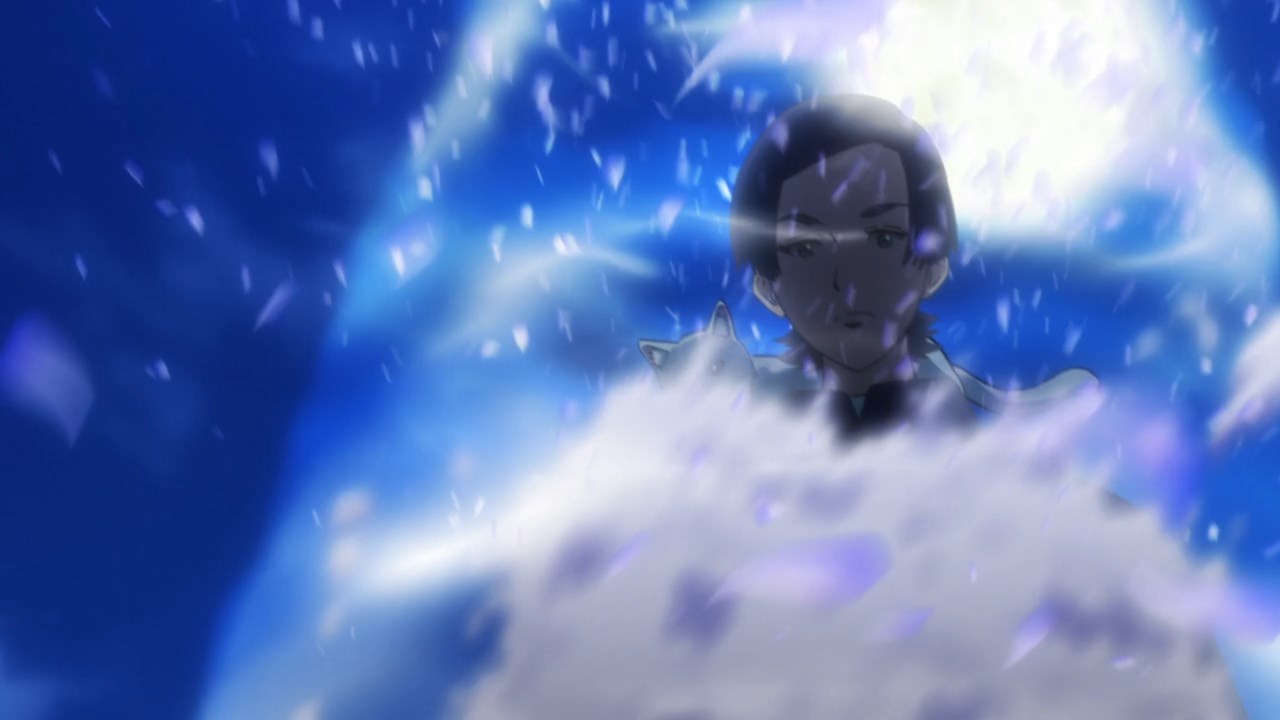 Turns out that it’s Makoto Tsukishiro who killed Oikawa-sensei but wait, there’s more as Makoto used Janome’s formula to transform into a Changeling. 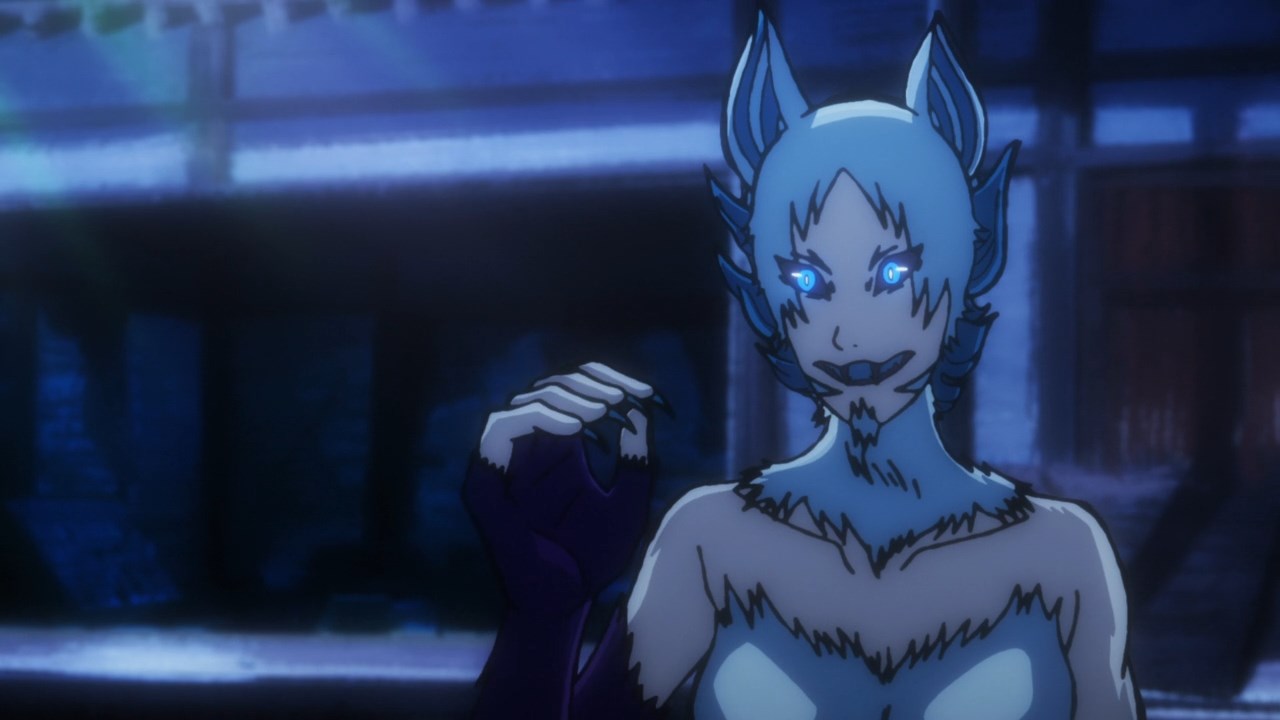 And here’s the thing though as Tsukishiro doesn’t suffer the side-effects anymore, nor having the lingering pain on her severed right arm as Makoto felt stronger than ever before.

Okay, looks like it’s time for Sawa Karasumori to save Asahi Nakamura from this psychopath. 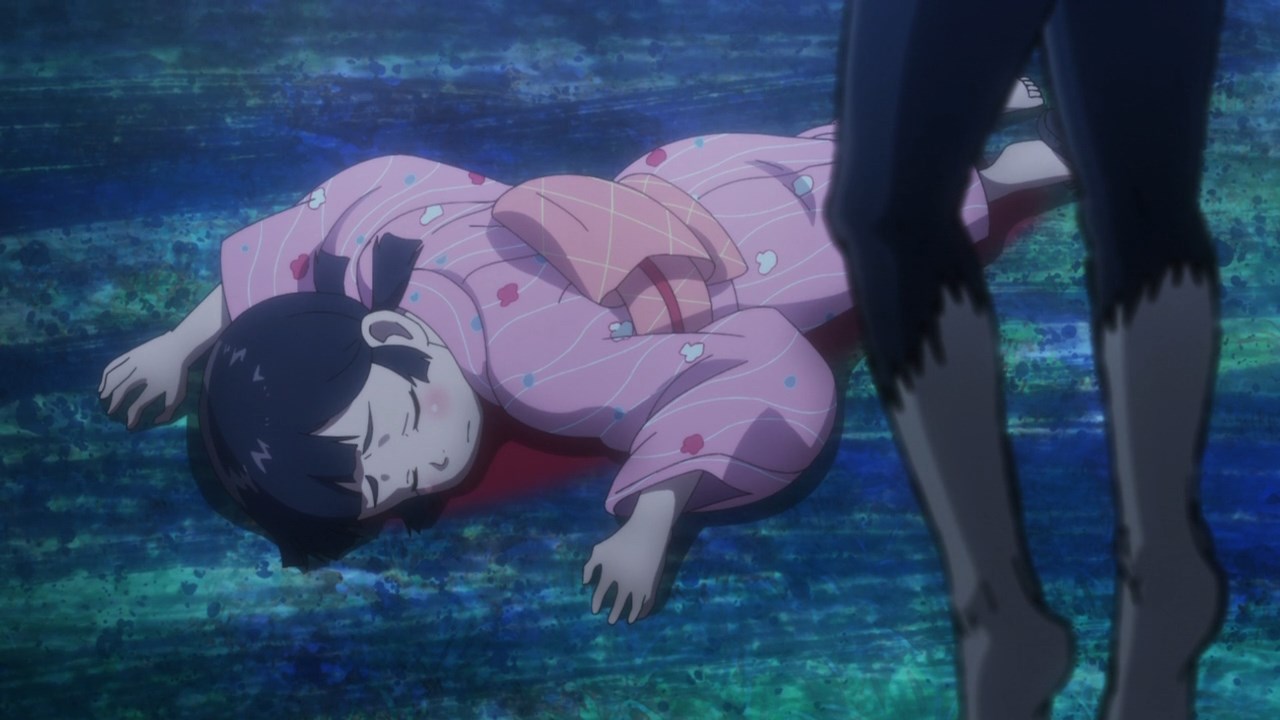 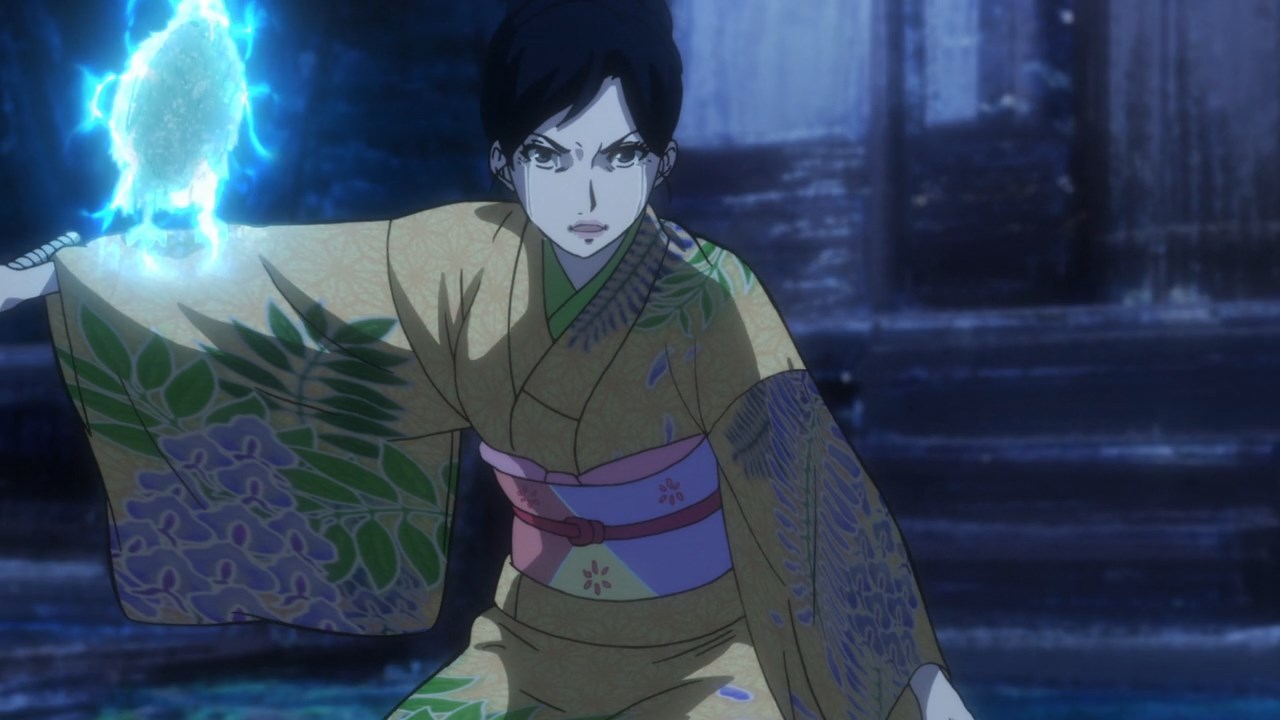 Of course, Sawa won’t forgive her former comrade for killing Asahi as the blood of the Karasumori clan boils hotter.

Well then, tune in next time where Sawa Yukimura has returned from the dead, now taking on Makoto Tsukishiro!