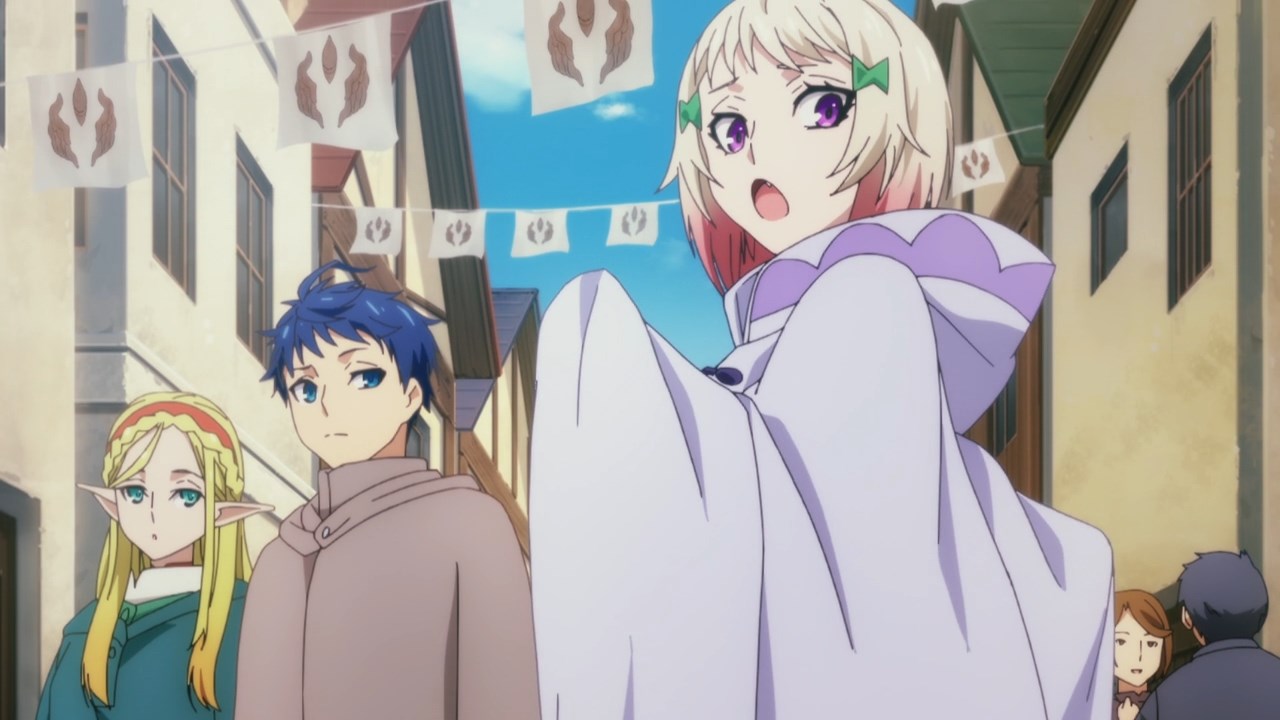 Let’s start this episode where Schlain Zagan Analeit and his party arrived in Sariella, although they need to keep themselves a low profile as Schlain and his friends are criminals. 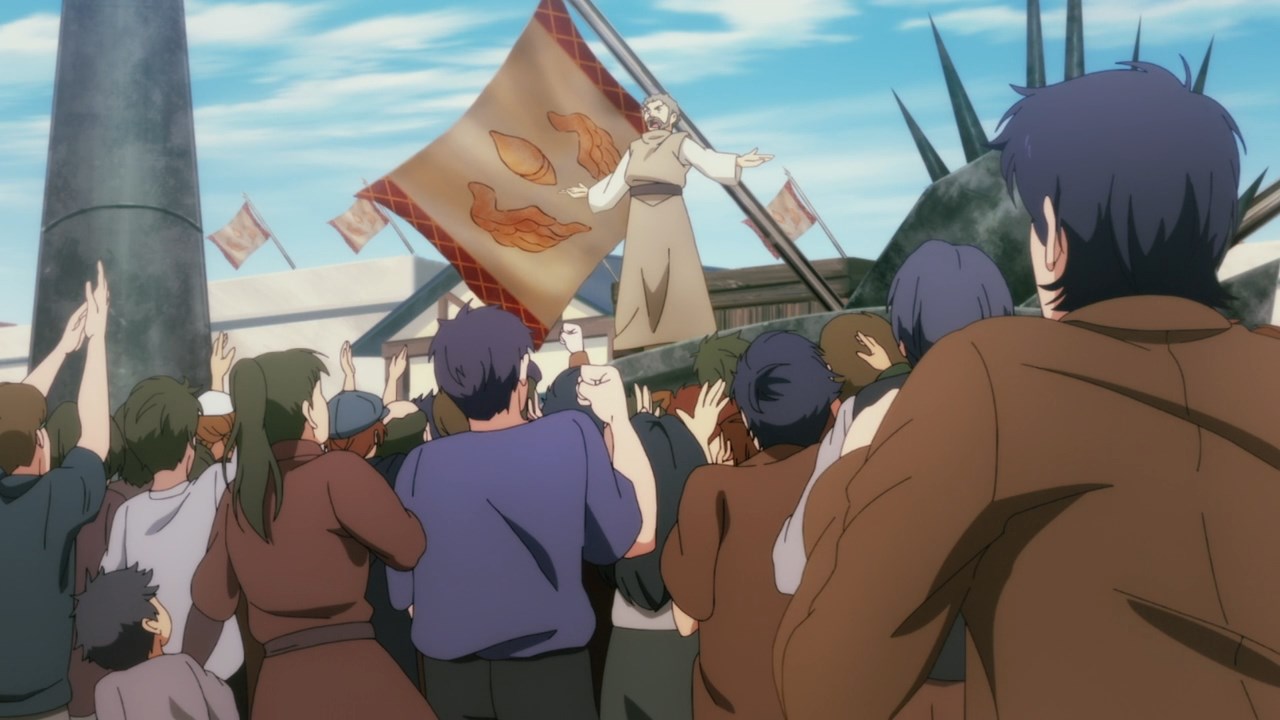 On the other hand, there’s the Faith of the Goddess in which followers gave up their skills to the goddess in order to be saved, which is a start contrast to the Followers of the Word of God in which they gain skills in order to connect with God.

Because of their differences, both faiths are sworn enemies where they’ll crush each other whatever they can, although the Followers of the Word of God are at an advantage thanks to Hugo Baint Renxandt. 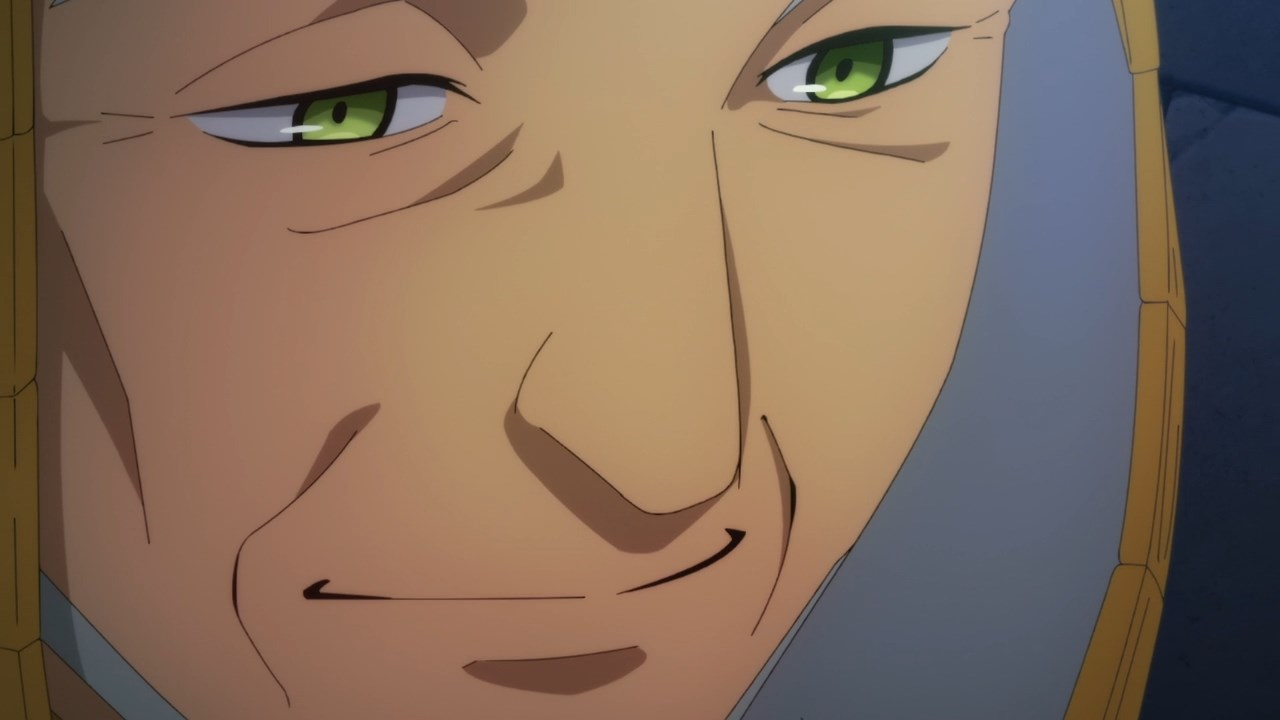 By the way, here’s the pontiff of the Followers of the Word of God. His name is Dustin and while some say that he was brainwashed by Hugo Baint Renxandt, it seems that he’s not completely under Hugo’s control as the pontiff has devious plans for the new hero.

For now, he’s focused on crushing the rival religion which is the Faith of the Goddess, as well as Ariel in which Dustin sees the demon lord as a threat to his domination. 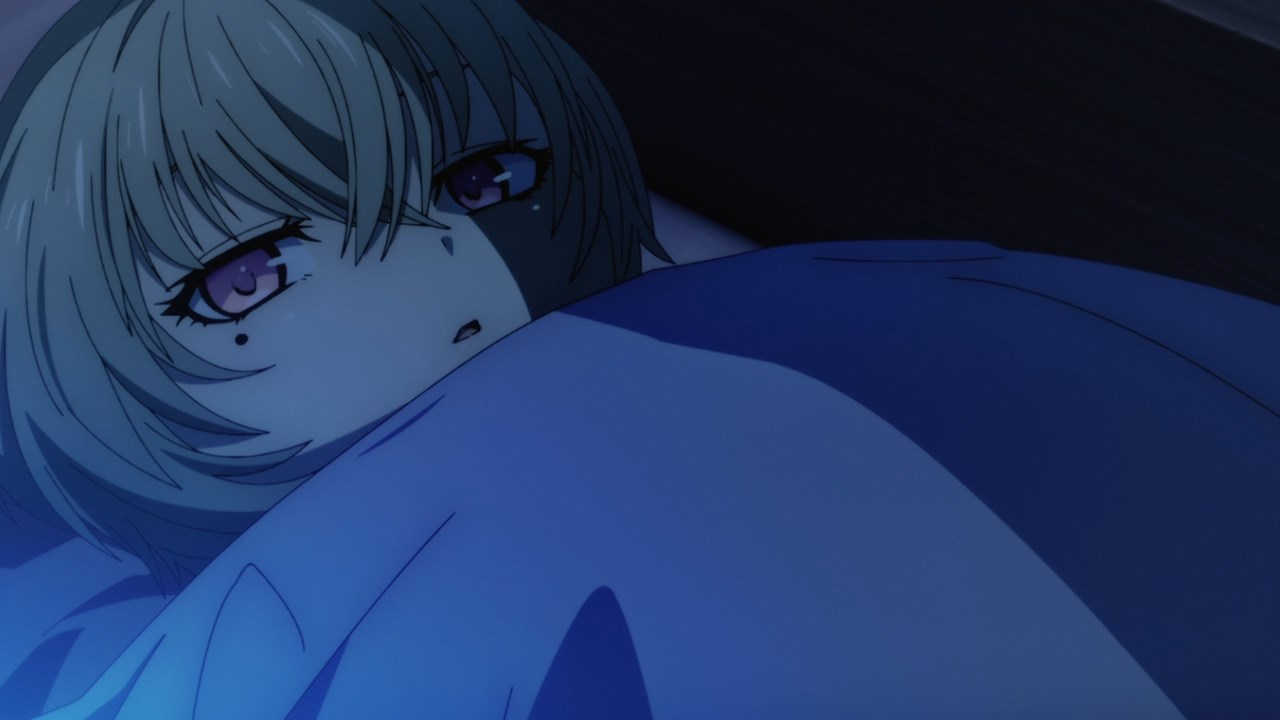 Now let’s move onto the past where I introduce you again to young Sophia Keren as the baby vampire is unaware that she’s being protected by someone. 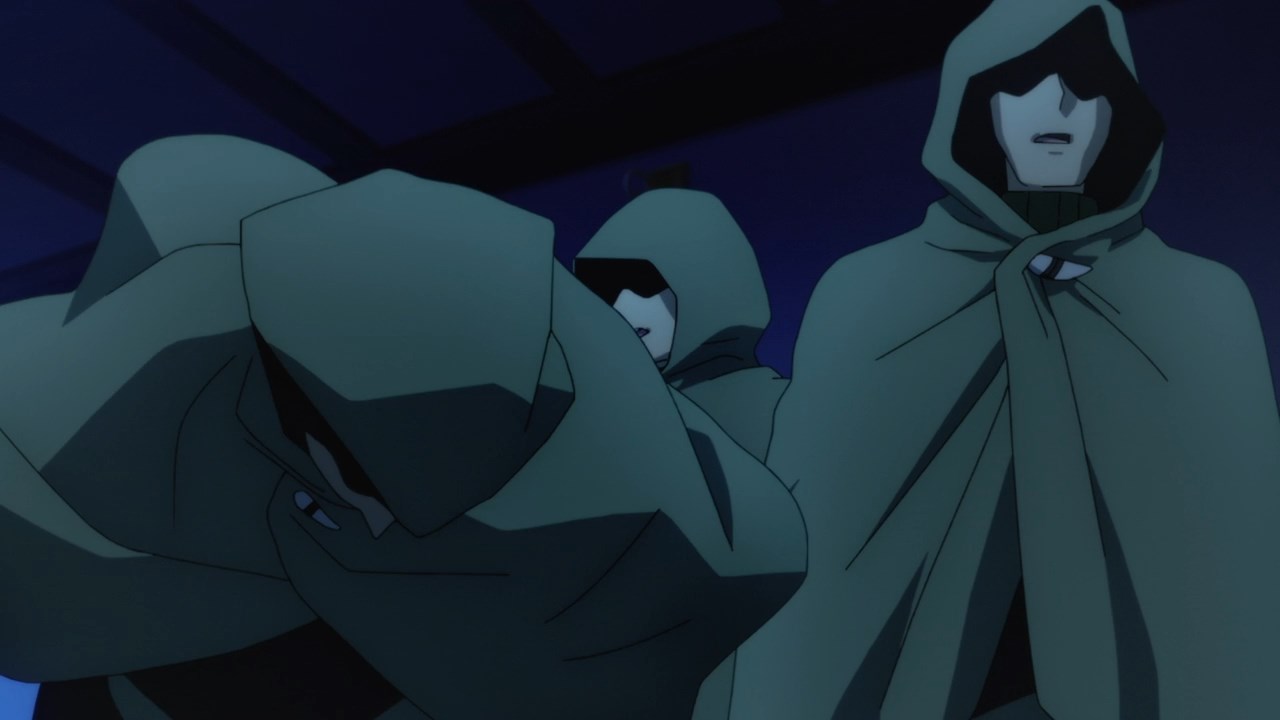 And as you can see, those bandits are pretty much killed by Ms. Spider where she used evil eye on them like a sniper. 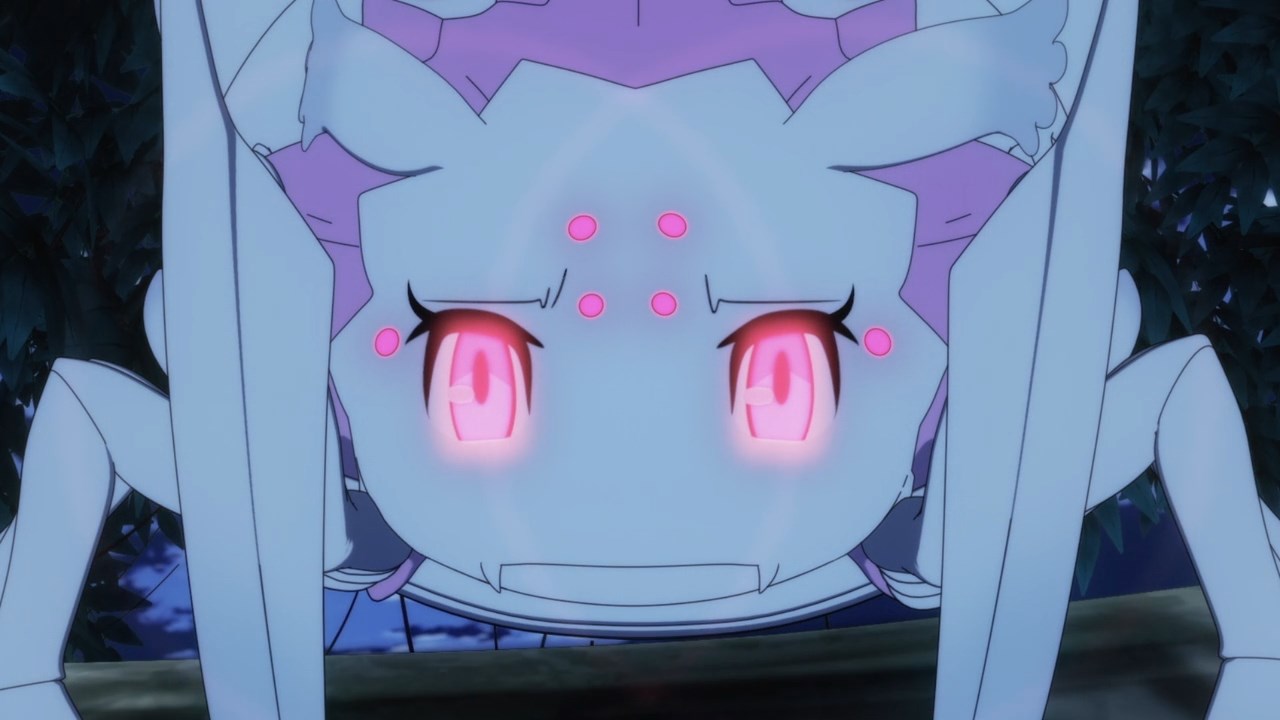 But let’s focus on Ms. Spider as she used her evil eye to spy on one of those surviving bandits. 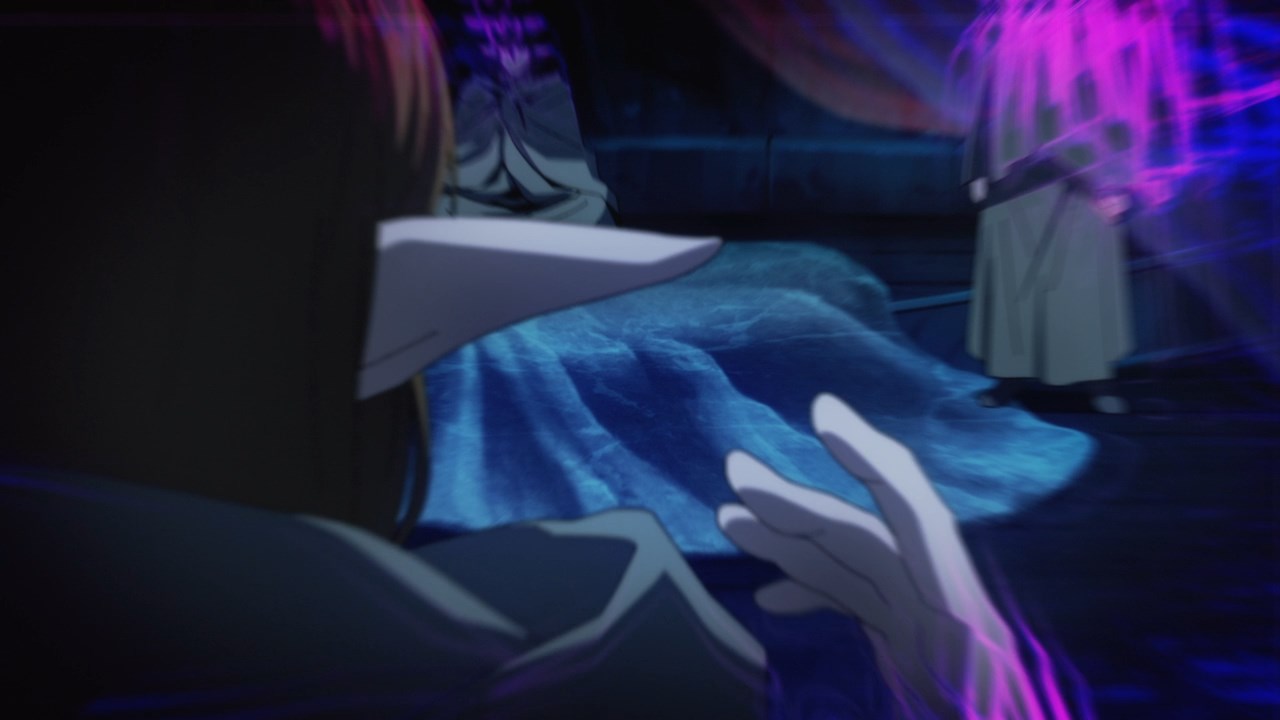 However, those bandits are actually elves where it turns out that they see Sophia Keren as a threat, although I’m curious on their boss as he/she is responsible for attacking Sophia and her family. 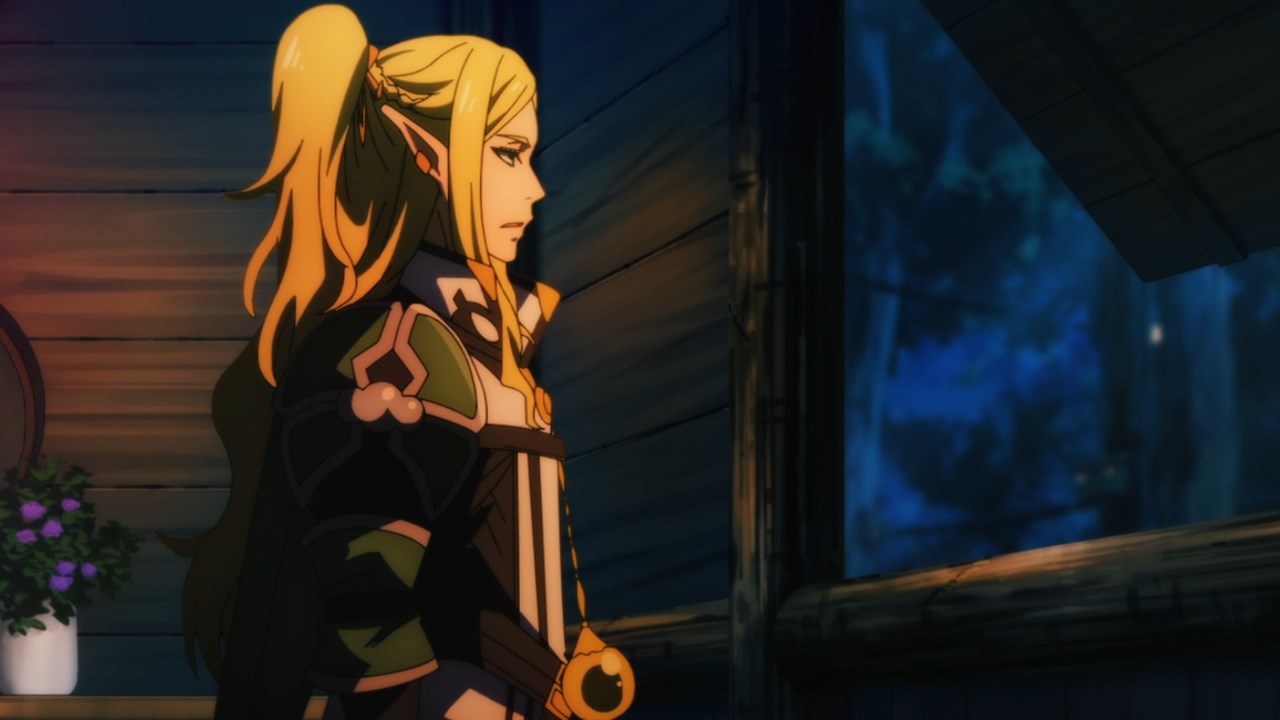 With that said, the boss is revealed to be as Potimas where he’s not a noble elf after all. In fact, he wants to crush both Ariel and Dustin while they’re waging a holy war.

Then again, I wonder why Potimas was killed by Sophia Keren years later? Could it be that he has some dirty laundry hiding at his closet? I’ll find out later… 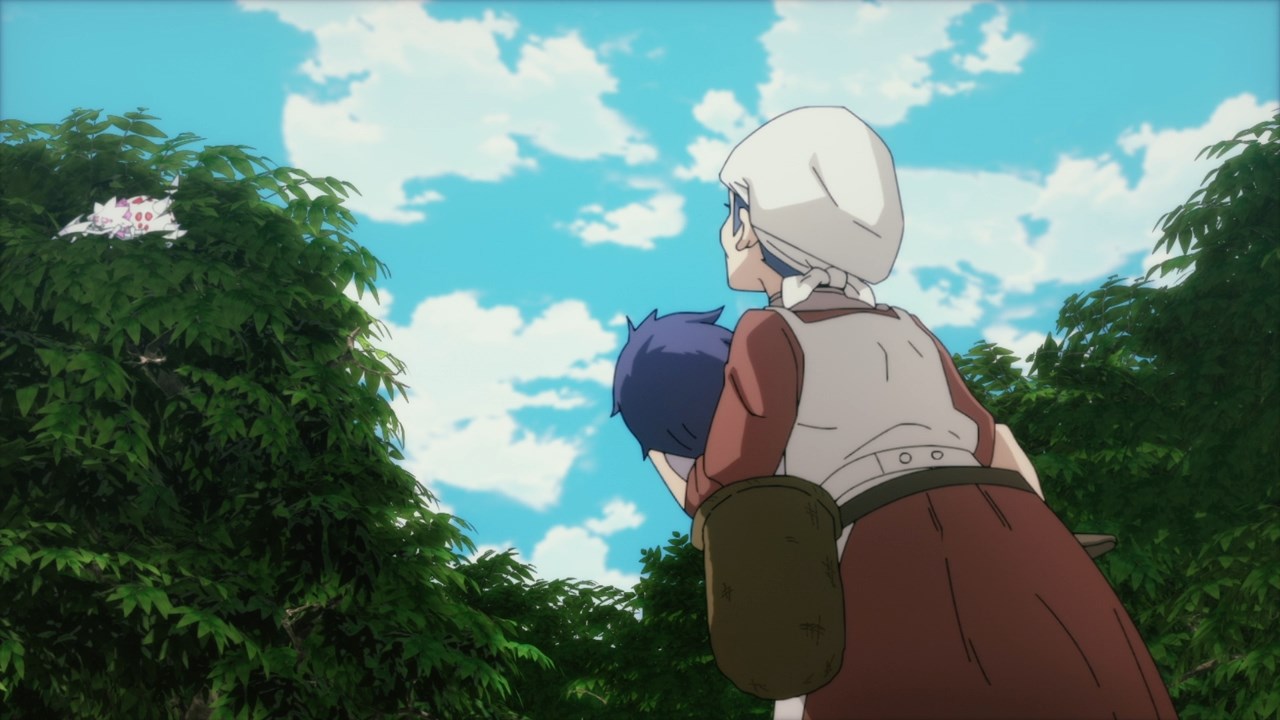 But now, let’s return to Ms. Spider where she encountered a mother and her child. Of course, Ms. Spider wants to keep herself low-profile since she’s protecting Sophia Keren. 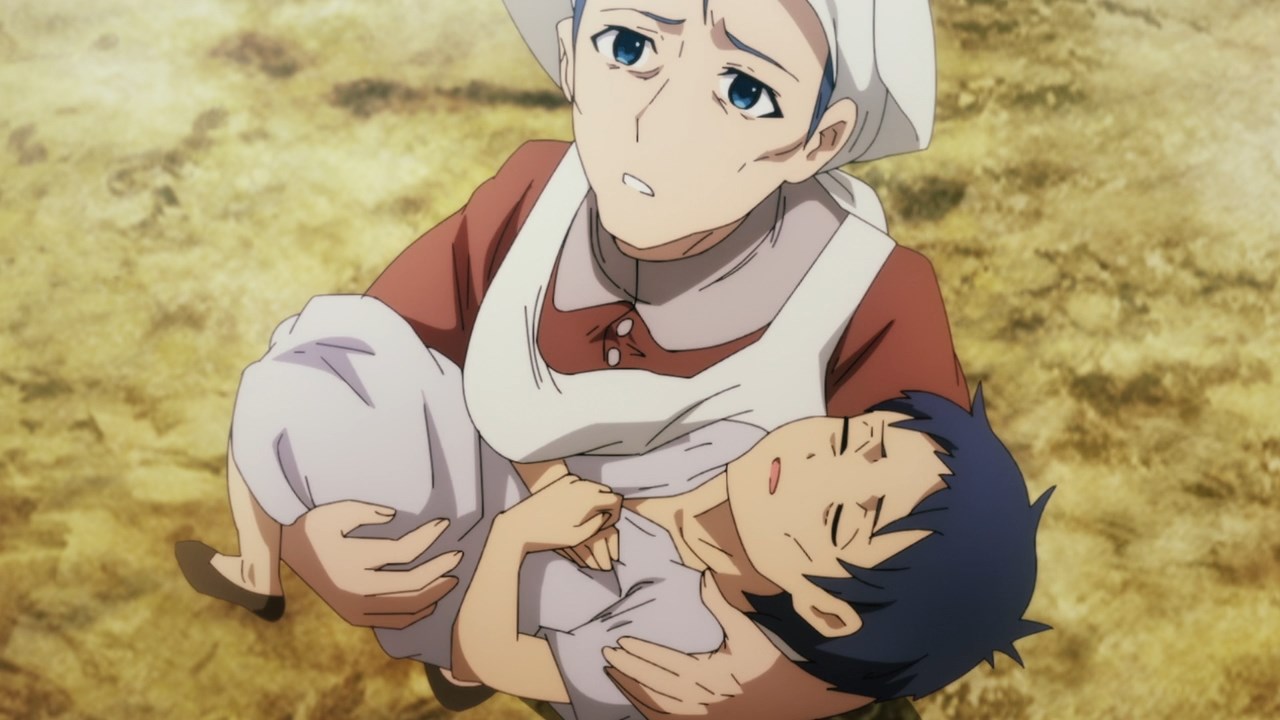 However, turns out the child is sick as the mother begged Ms. Spider to heal her child. Oh boy, looks like Ms. Spider can’t turn a blind on this mother and child. 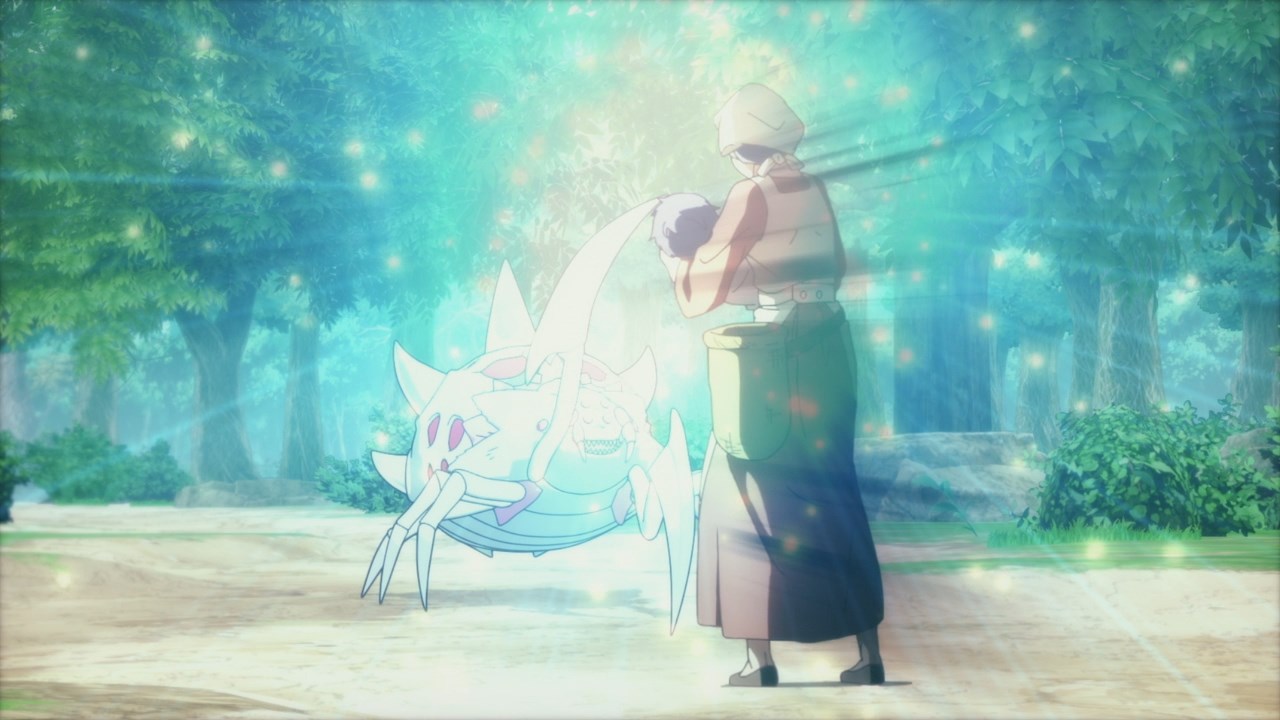 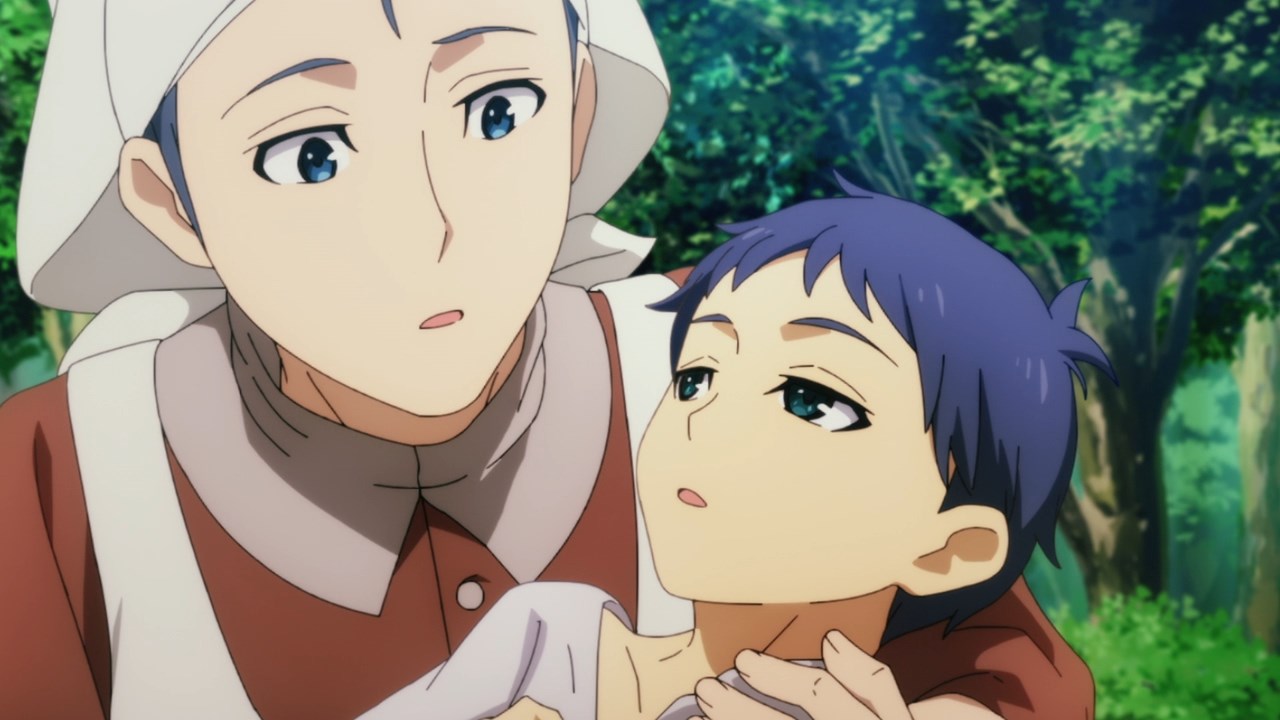 So, Ms. Spider heals both the mother and the child right away as their health has fully-recovered. Oh I hope that they won’t make it a big deal since Ms. Spider wants to be left alone. 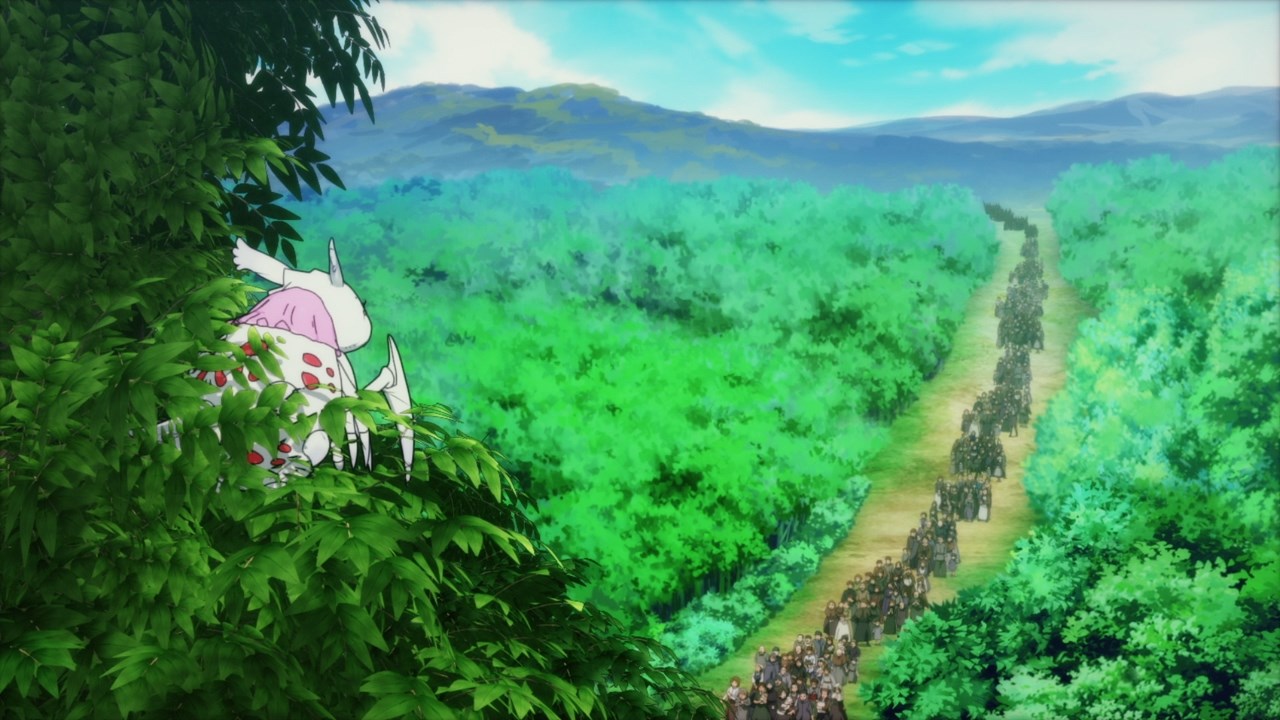 Except it doesn’t as word spread regarding Ms. Spider’s miraculous healing that people lined up, almost as if she’s the goddess. Really quite fitting considering that Aoi Yuuki voiced Madoka Kaname, especially the final episode of the TV series. 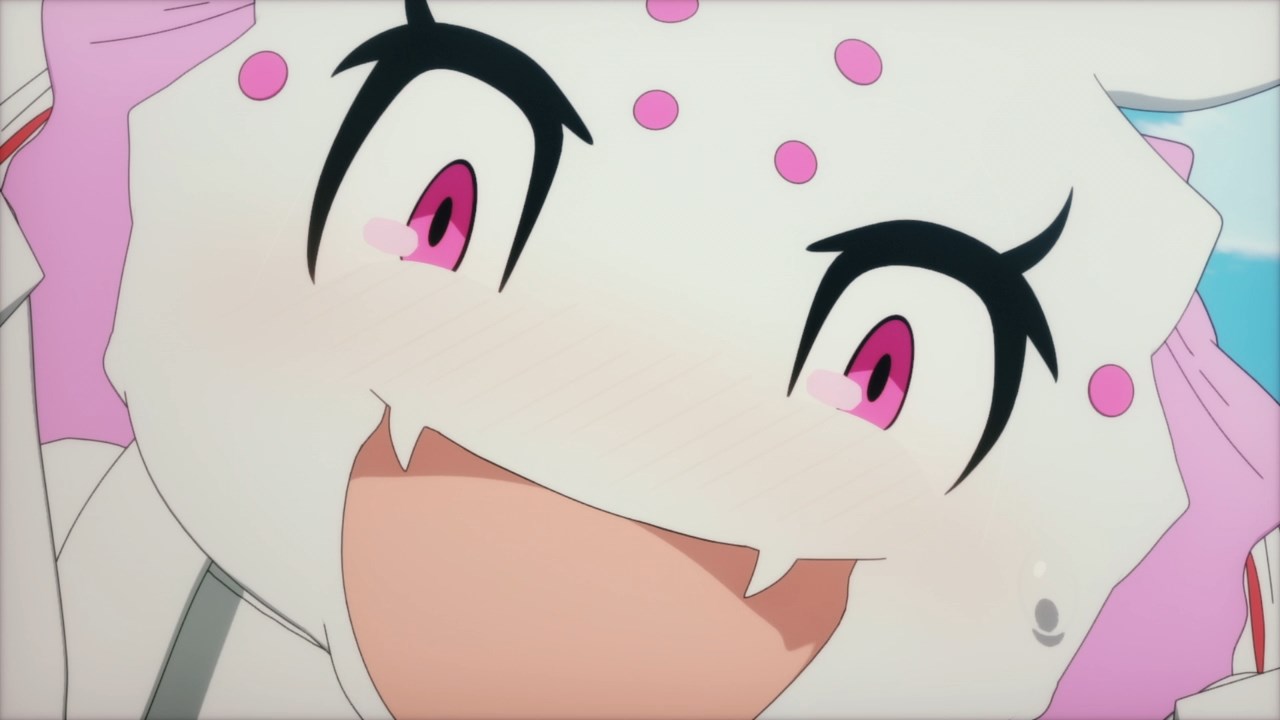 Anyways, looks like Ms. Spider is having one big problem in which her enemies would notice her miraculous actions. With that said, tune in next time where she’ll have to get out of town as soon as possible.