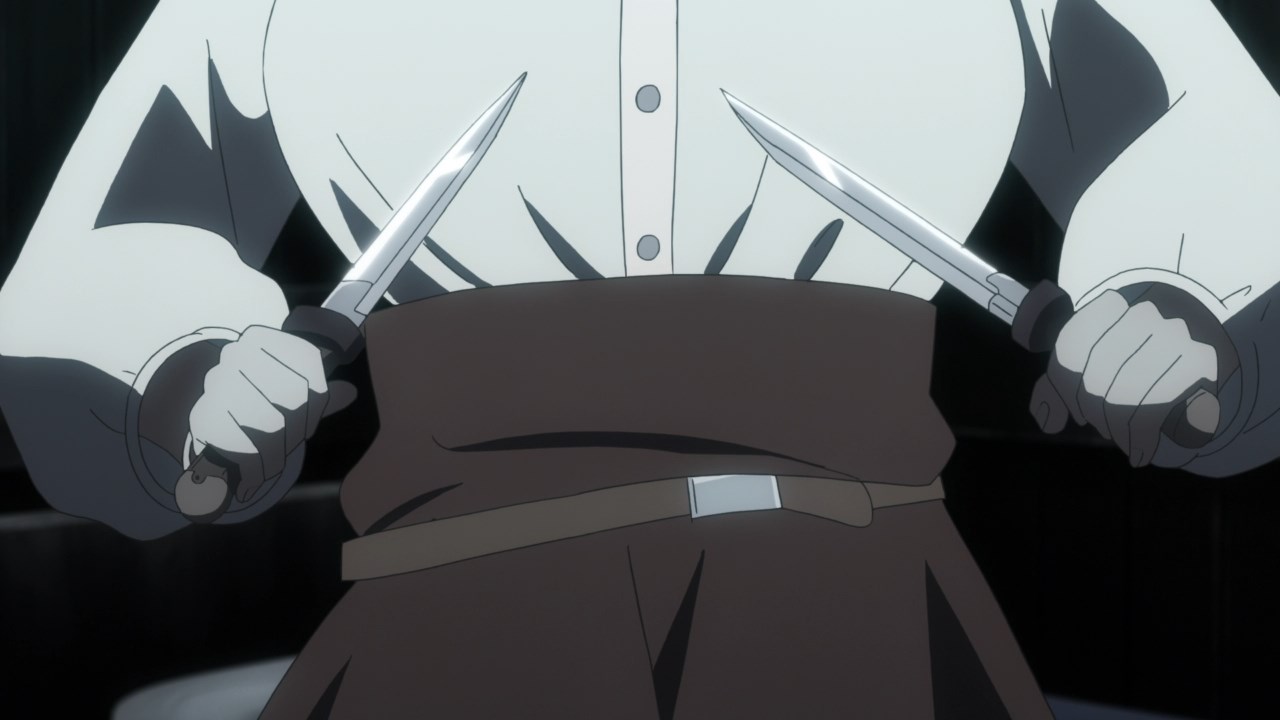 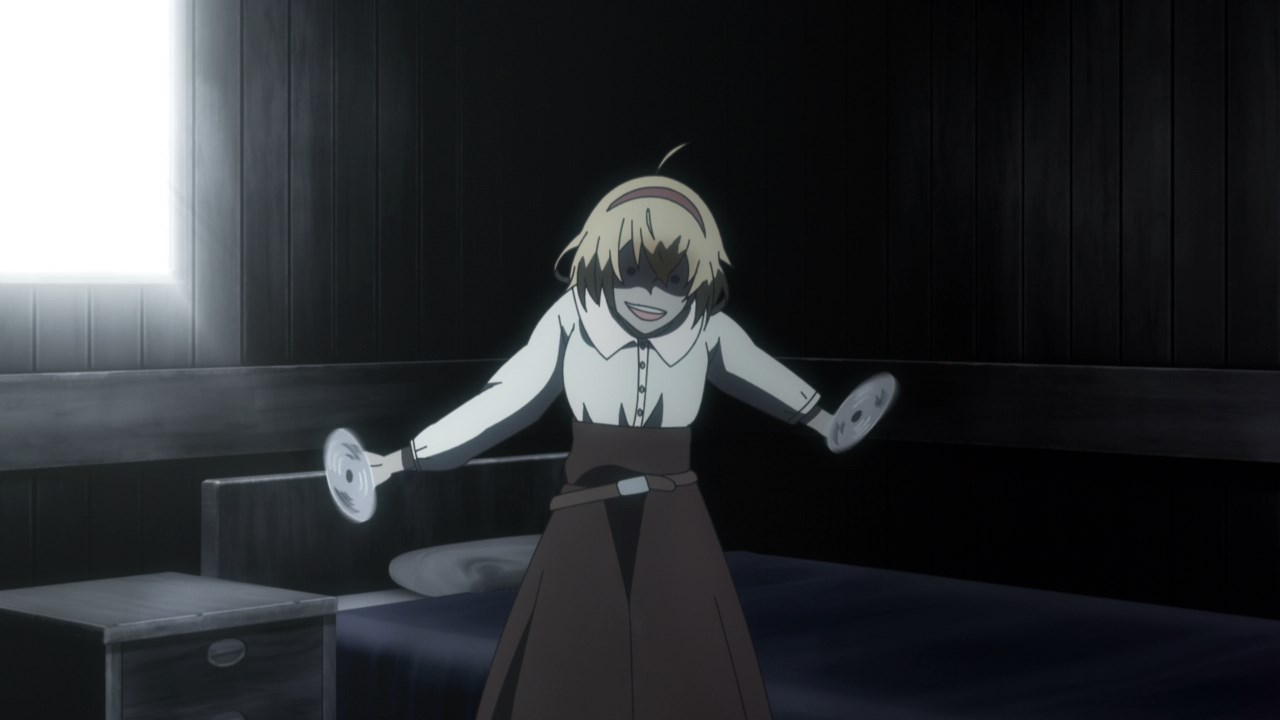 Oh boy, looks like Alicia has gone full nuts as she pulls a pair of knives to cut Mizarisa into pieces. But seriously though, how did the inquisitor managed to find Hiro? 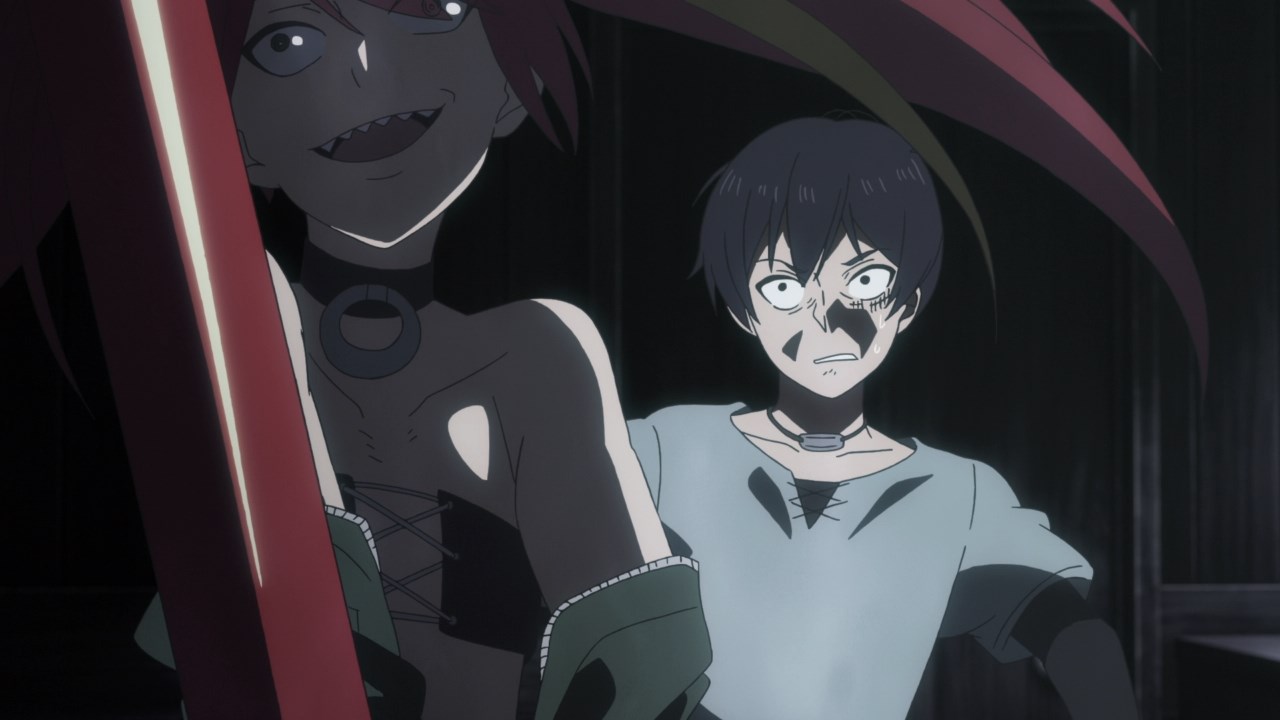 Turns out that Mizarisa smell Hiro’s pee from a mile away which is outright insane for this inquisitor. Then again, Mizarisa is just being aroused by his urine. 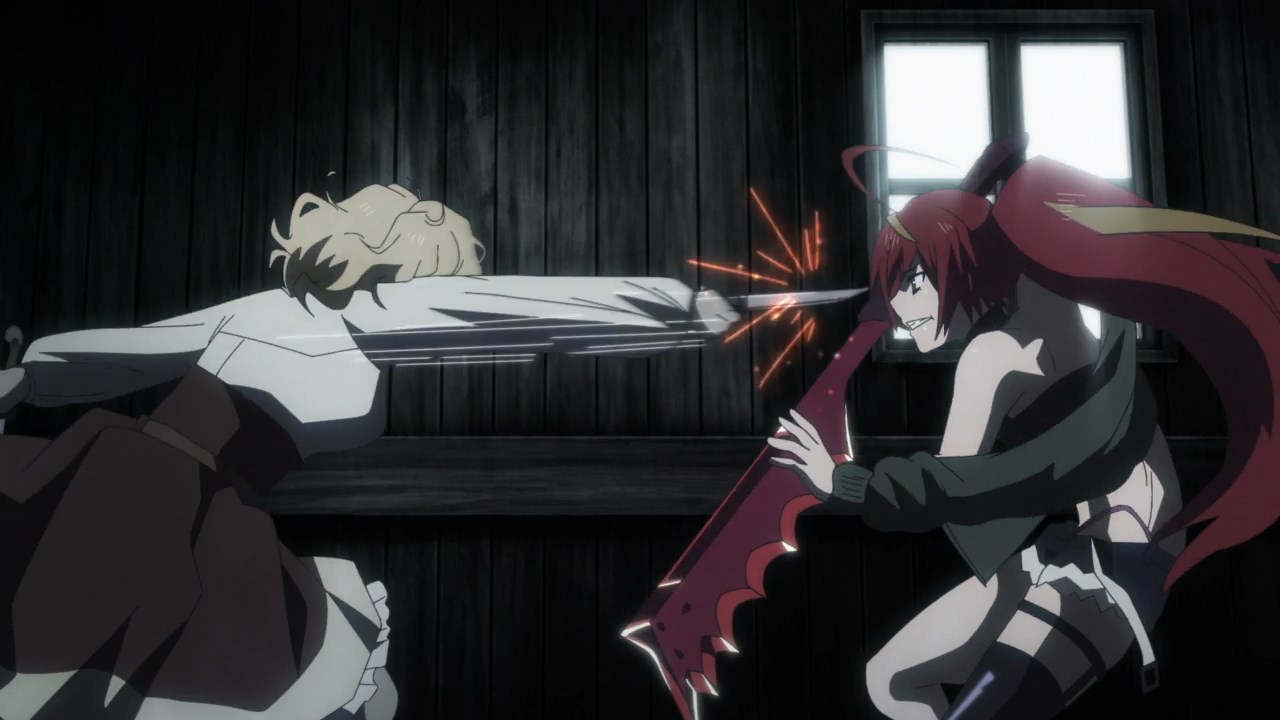 But anyways, looks like Hiro’s ass is saved by Mizarisa as the inquisitor shows that she’s an experienced fighter, parrying Alicia’s attacks with ease. 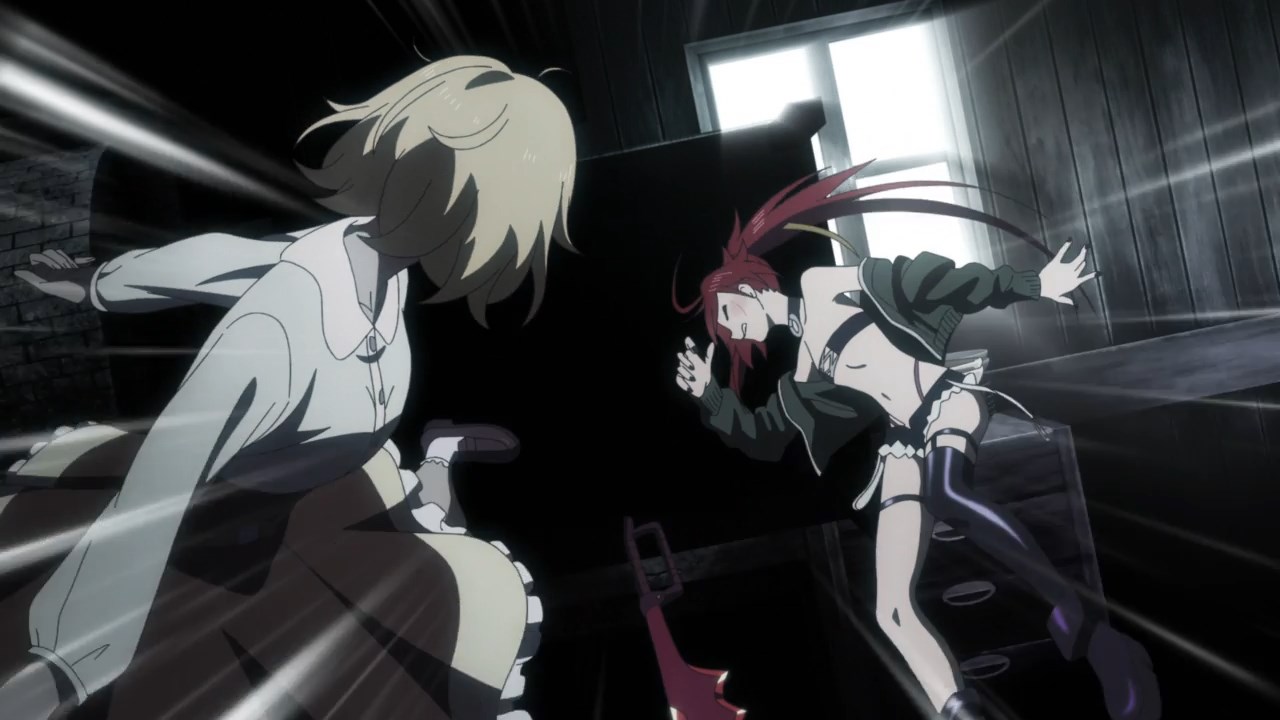 However, Mizarisa got kicked in the tummy by Alicia. Looks like the inquisitor is knocked down. 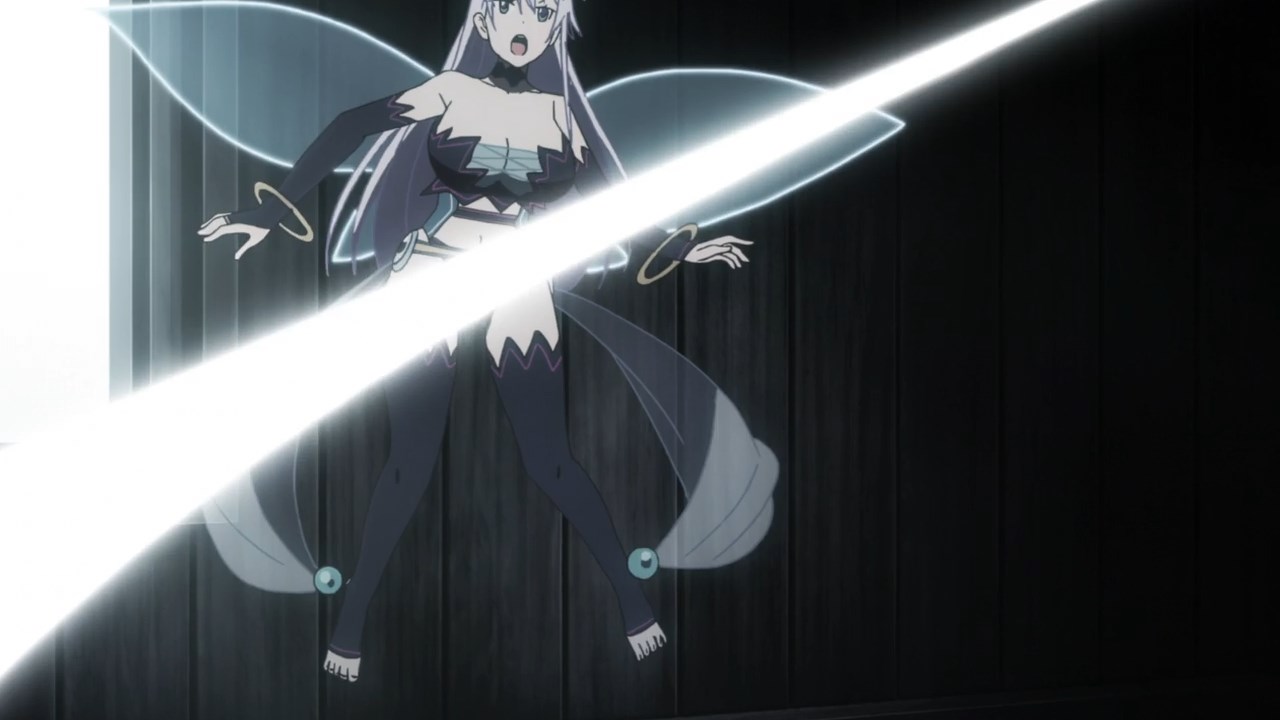 Meanwhile, looks like Reona is about to distract Alicia, but it appears that Hiro’s psychotic childhood friend noticed the fairy’s presence. 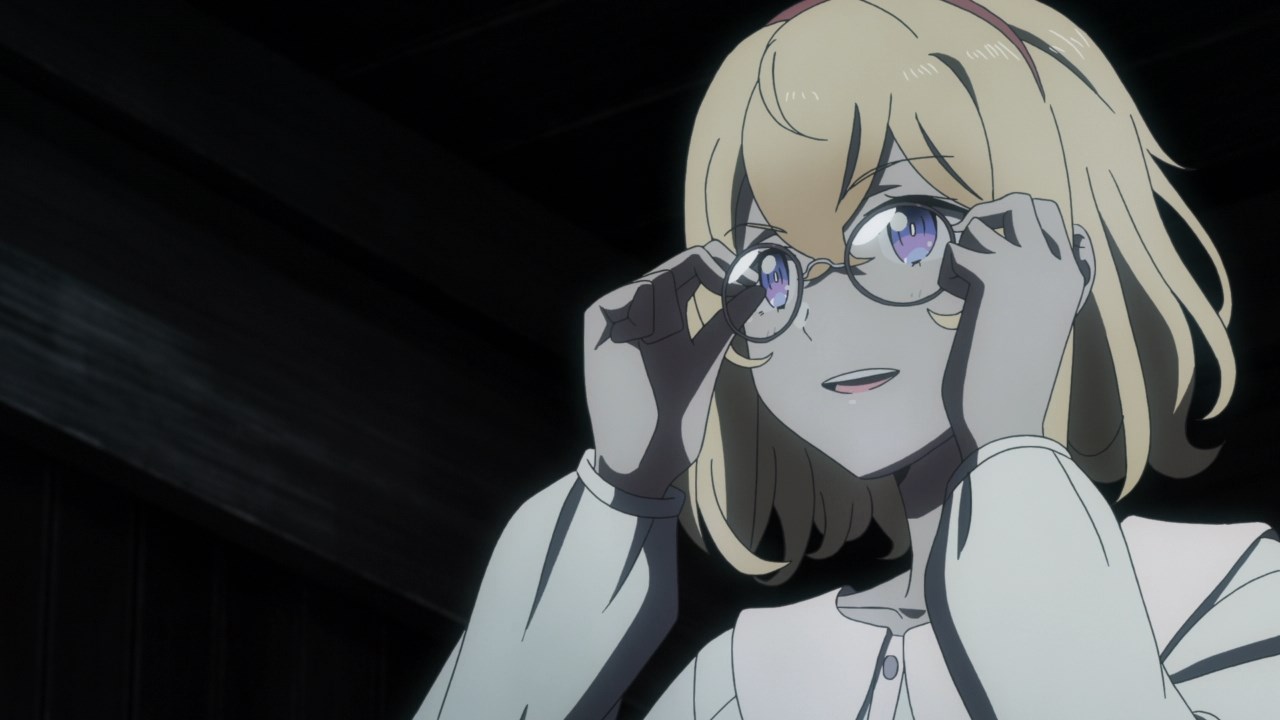 Not only that, but Alicia is now wearing glasses, meaning that she won’t get blinded anymore. Looks like Hiro is out of options. 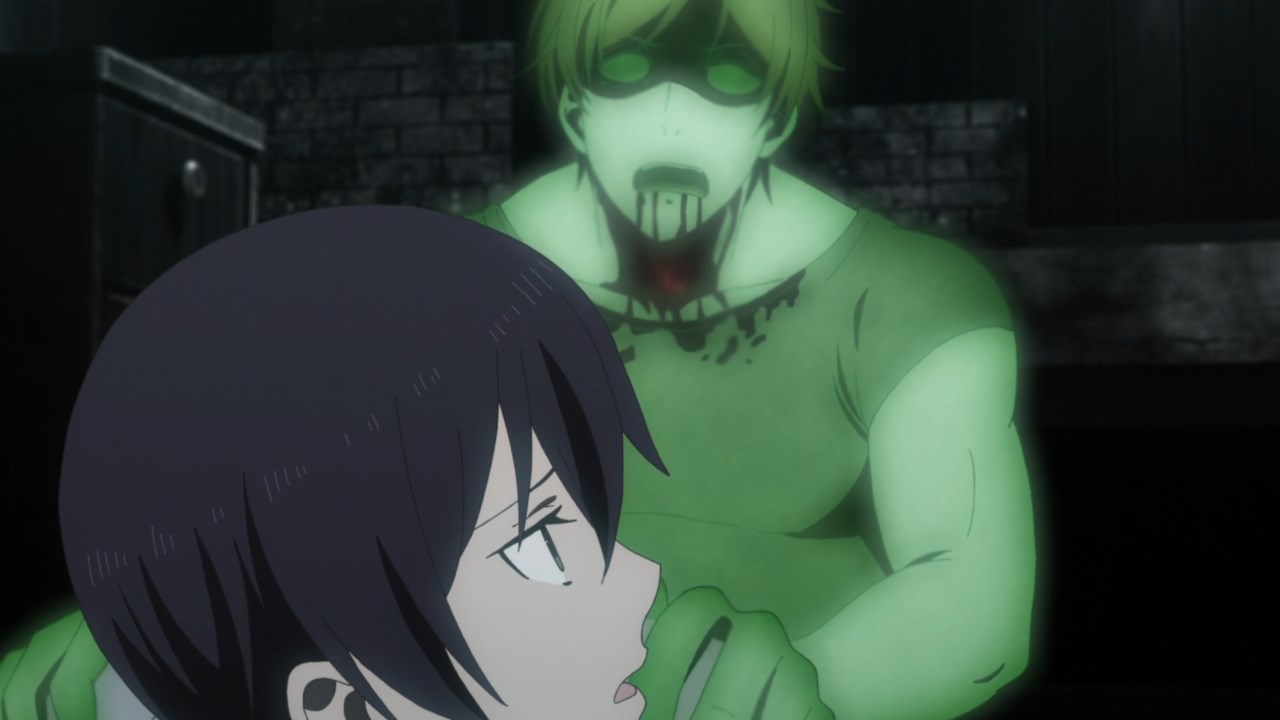 But it gets worse when Martin’s soul stopped Hiro from escaping. Anyways, he’s gonna get killed real soon. 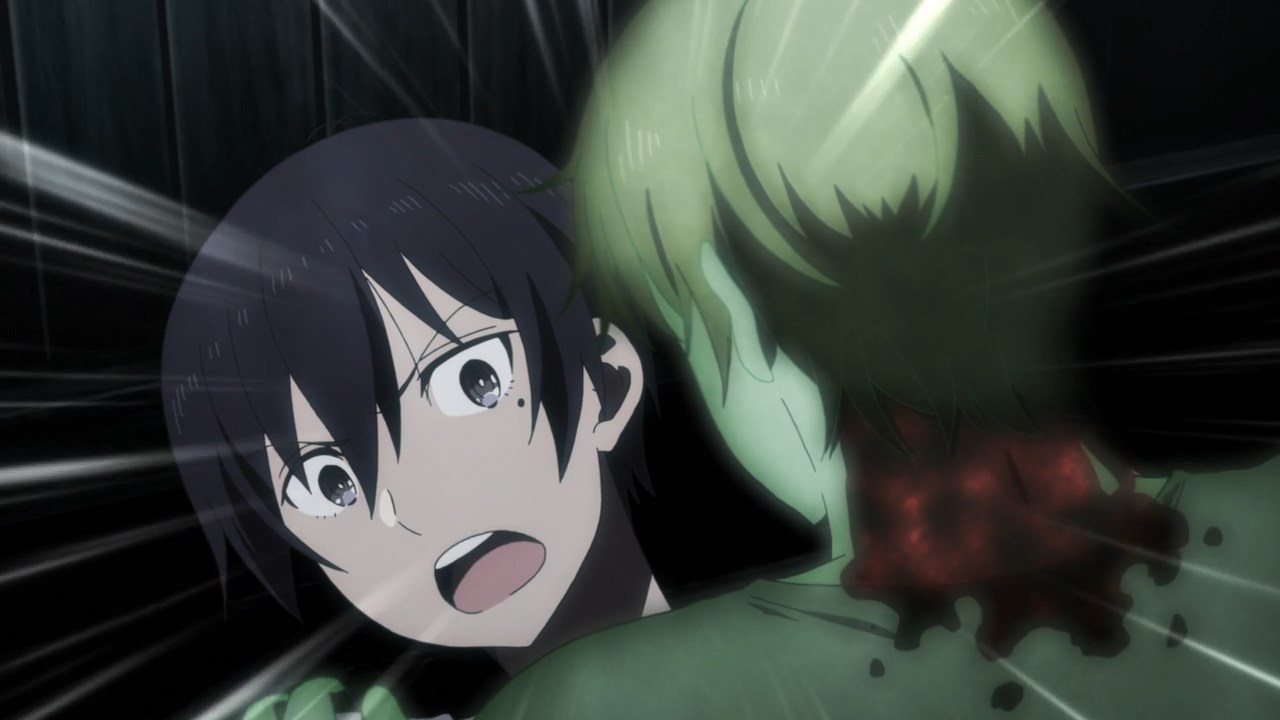 However, rather than screaming for his life, Hiro decides to confess his love to Alicia.

Okay Hiro, are you serious on saying that to a psychotic childhood friend? You know that it won’t work! 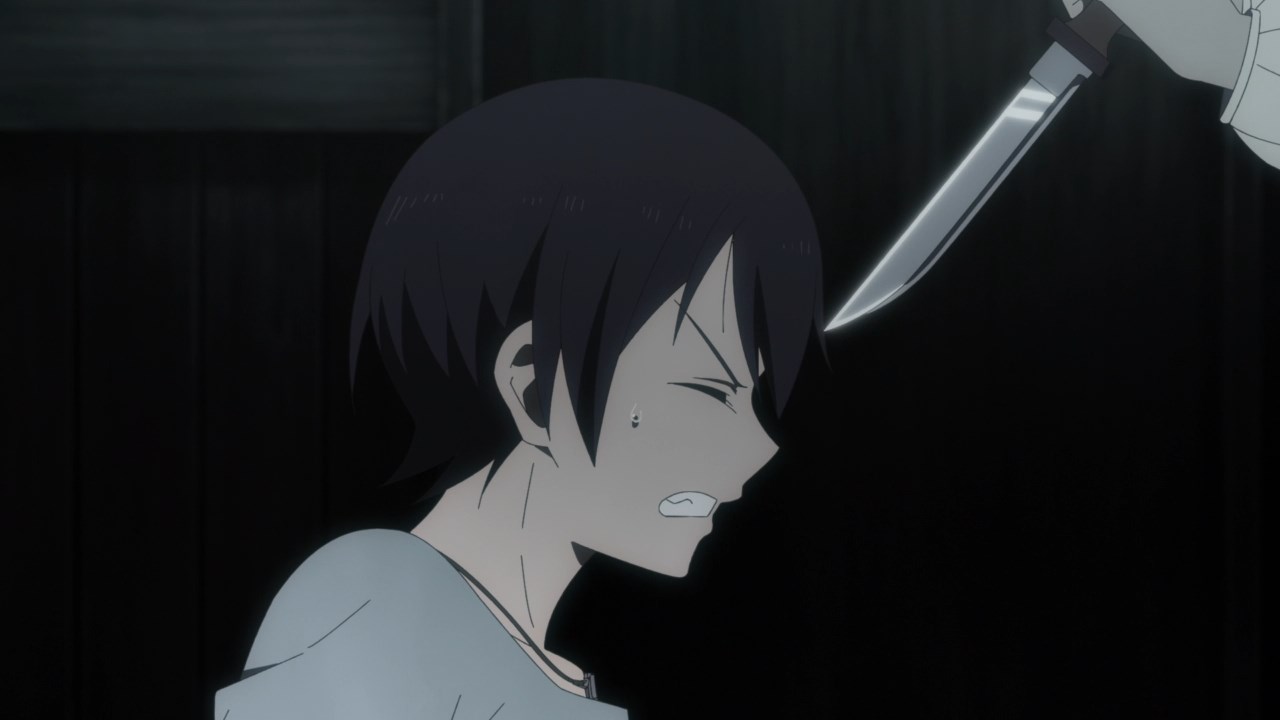 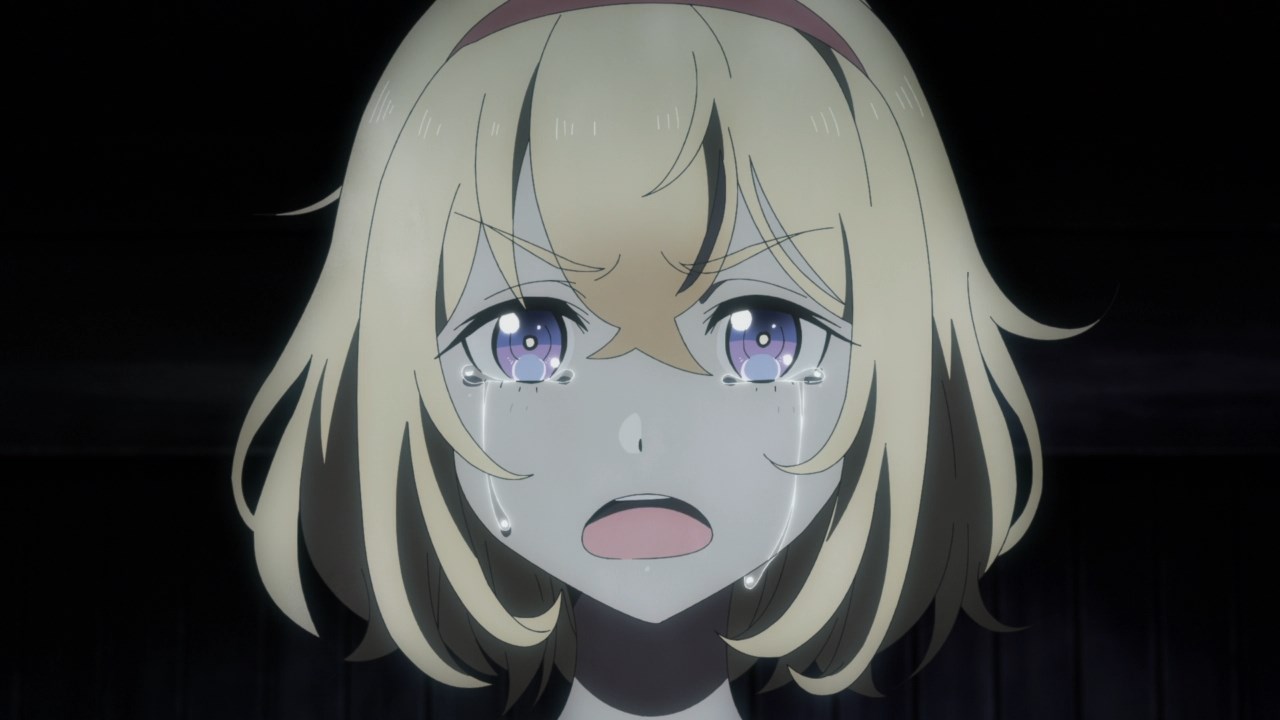 However, it looks like Hiro’s confession did work on Alicia as she stopped and cried.

Of course, she told Hiro that it’s too late for his confession, which I have a feeling that Alicia will continue to kill him. 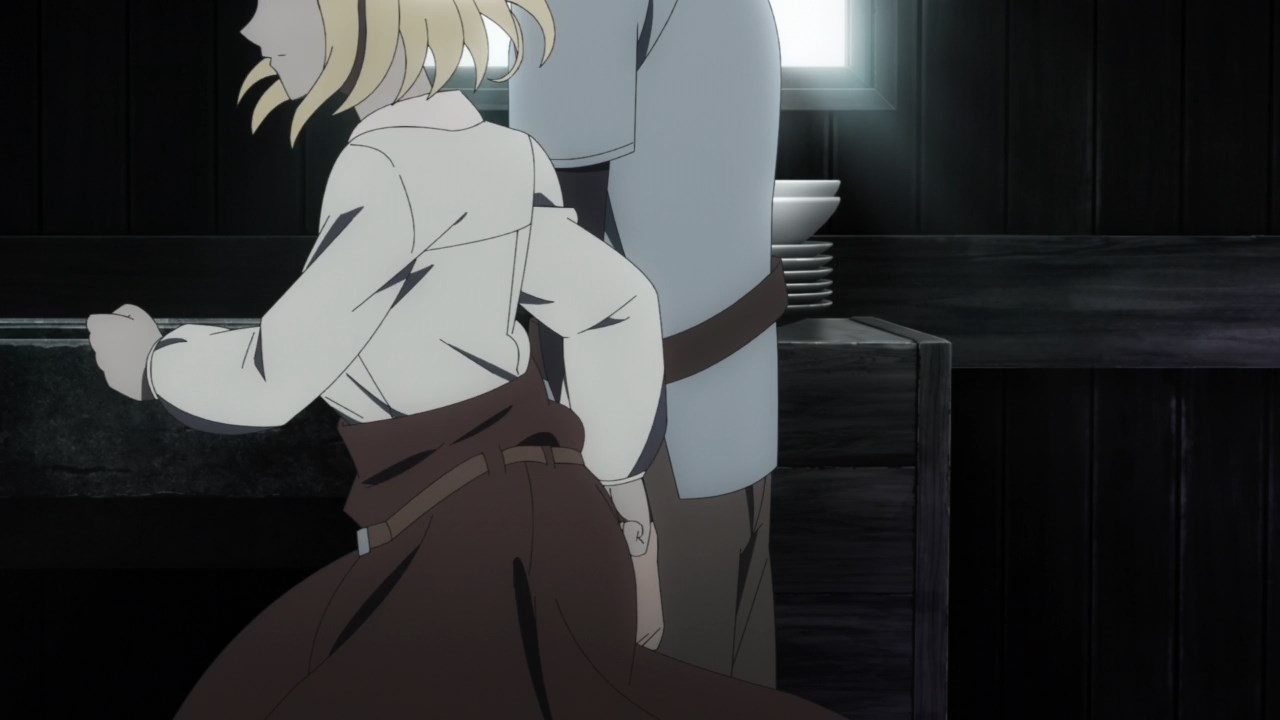 Ultimately, Alicia left in which Hiro is saved from being killed in Kiwame Quest. Seriously, looks like he got to live to tell the tale. 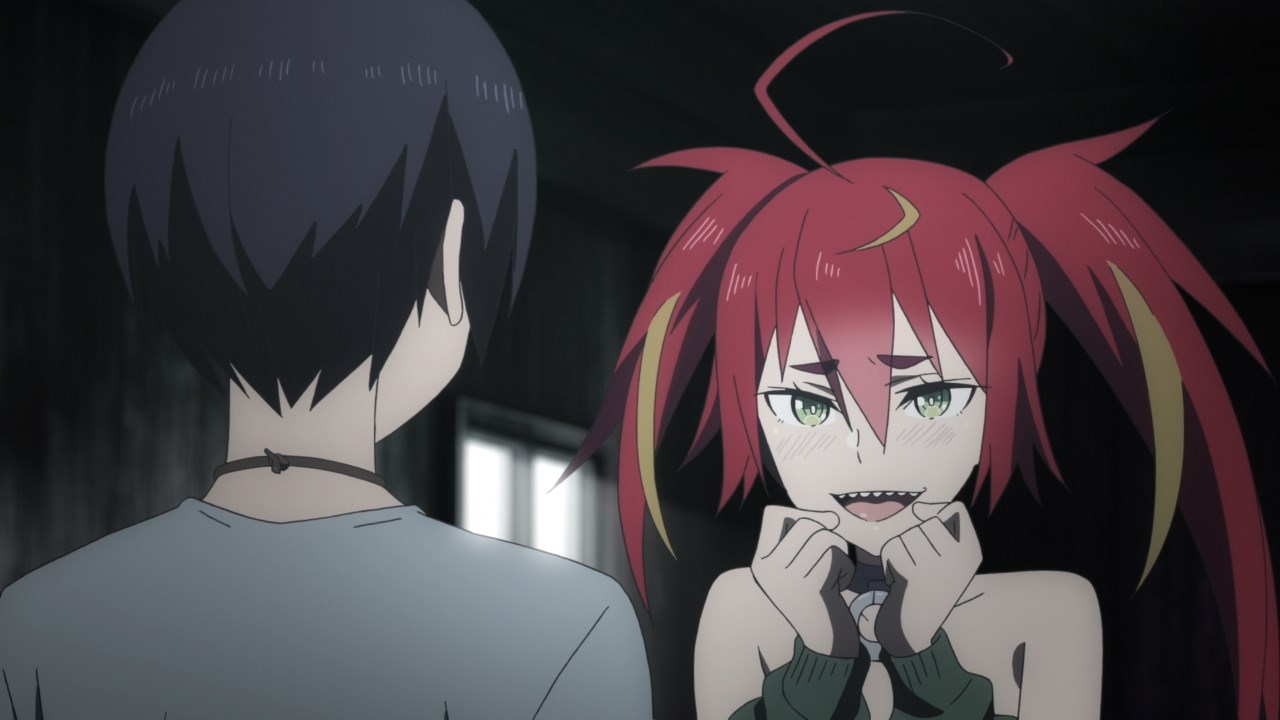 On the other hand, there’s Mizarisa in which she wants to cut Hiro’s fingers because torturing him turns her on.

Um Mizarisa, I don’t think Hiro won’t let you cut his fingers because he’s got a game to finish. 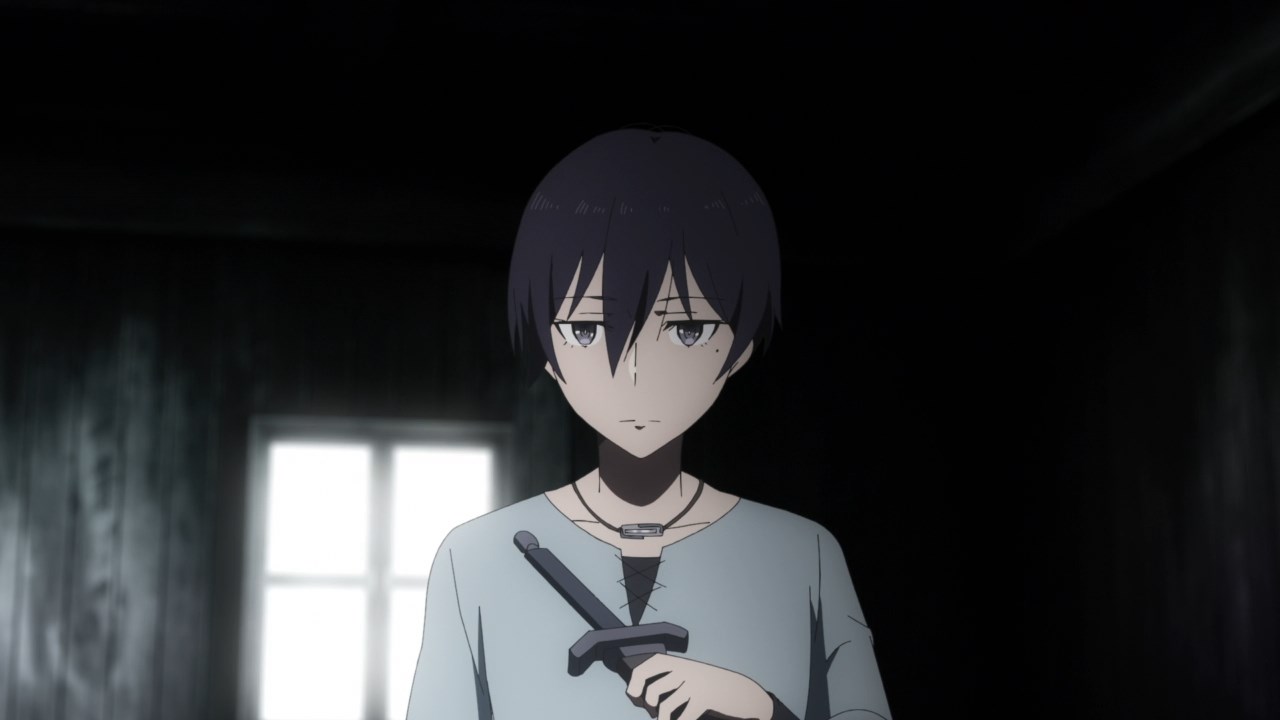 Now then, it’s time for Hiro to collect his sword which will be useful for taking out low-level monsters. 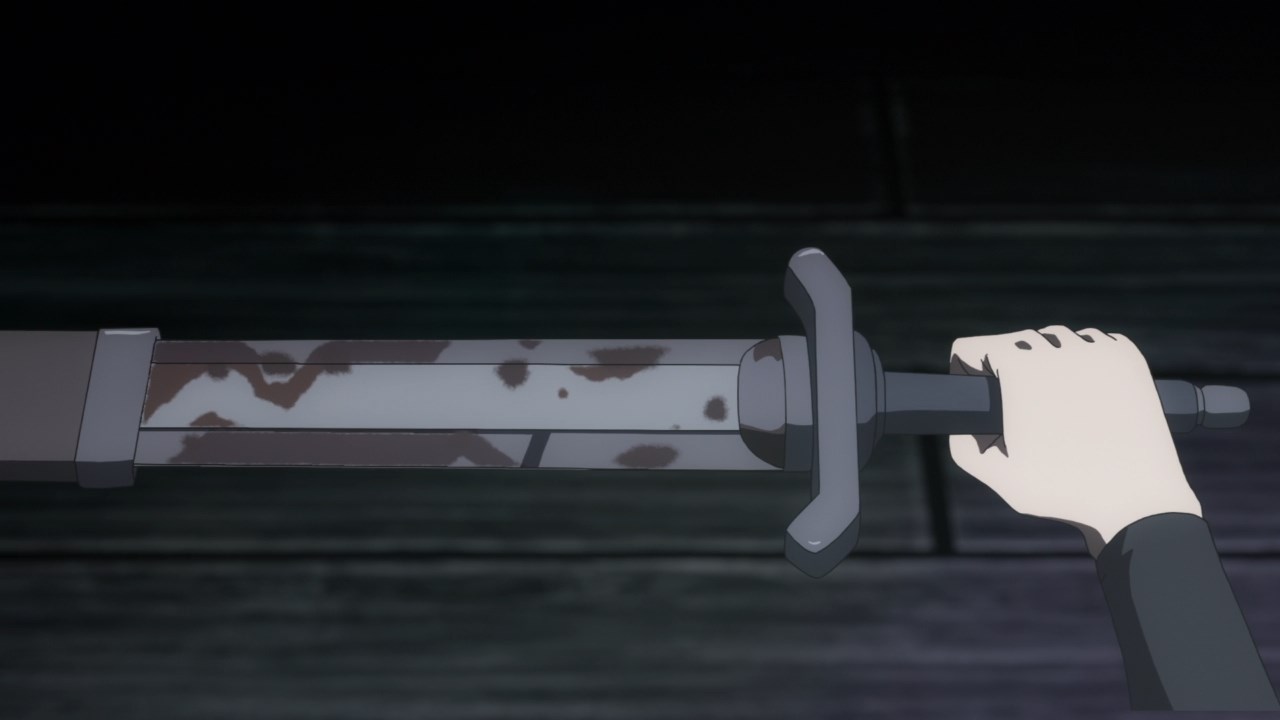 Except that the sword is rusted, meaning that Hiro will have to go to the weapons shop to re-forge it.

Then again, there’s a chance that the blacksmith might rip him off by re-forging his sword into a shitty one. C’mon, the people still believes that Hiro committed a crime even though Tesla forgave him. 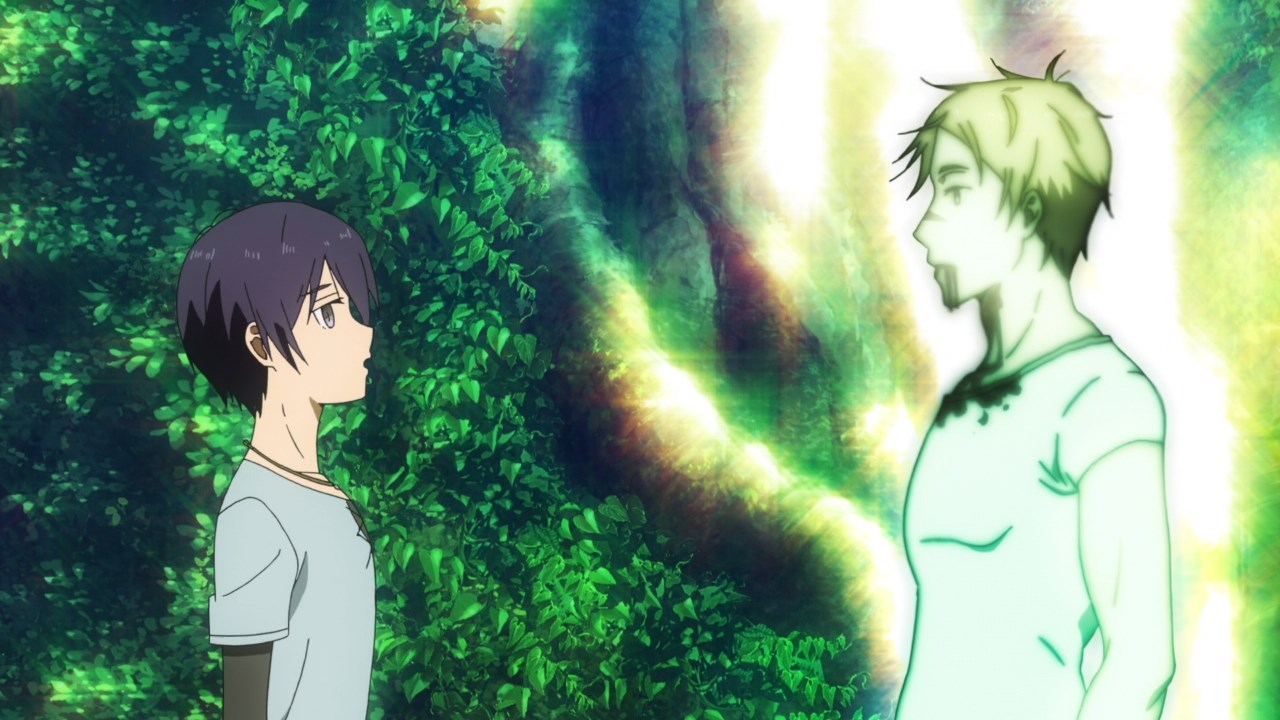 But before he goes to the city, Hiro pays a visit to the Kenura tree where he wants to see Martin’s ghost and apologize to him.

I mean, he didn’t kill him on purpose after all because Hiro considered Martin as his best friend, although Hiro doesn’t remember him much because he’s still a newbie in Kiwame Quest. 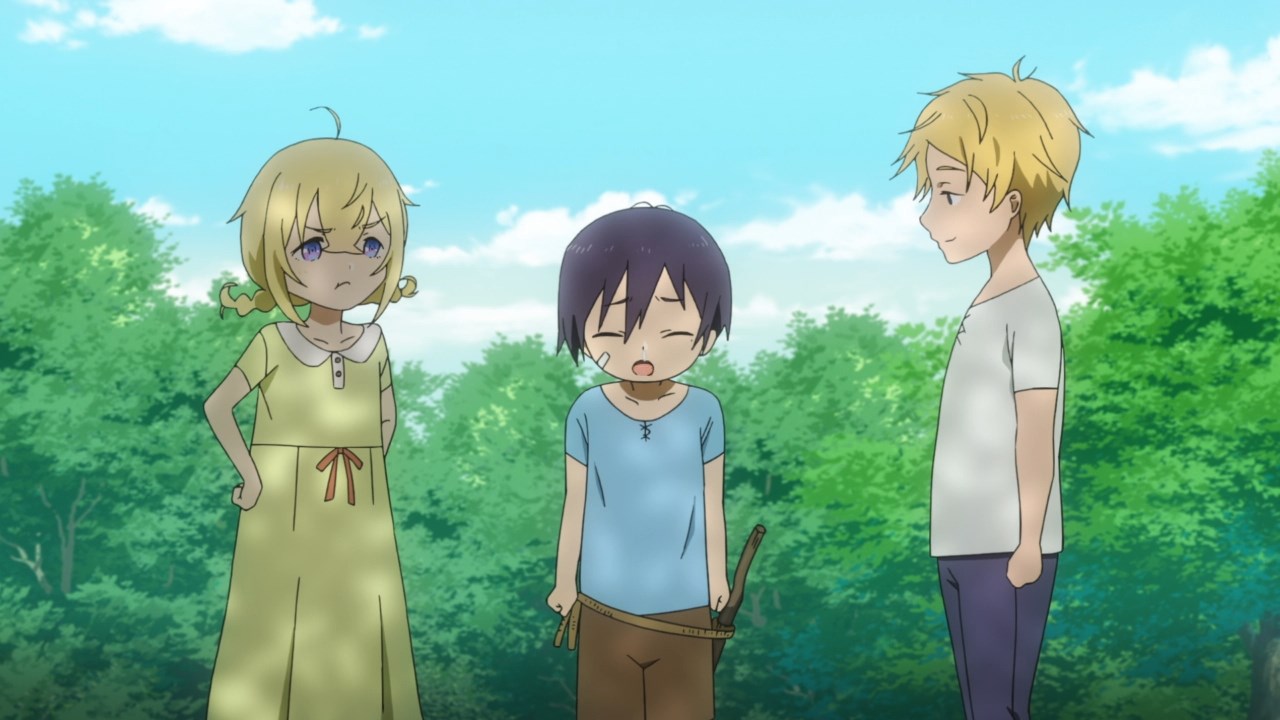 Of course, it appears that Martin showed Hiro some glimpses of his memories where they’re actually buddies when they’re still young kids.

Then again, it’s different from player to player in regards to their childhood friends, but let’s just say that Hiro’s memories with both Alicia and Martin are special. 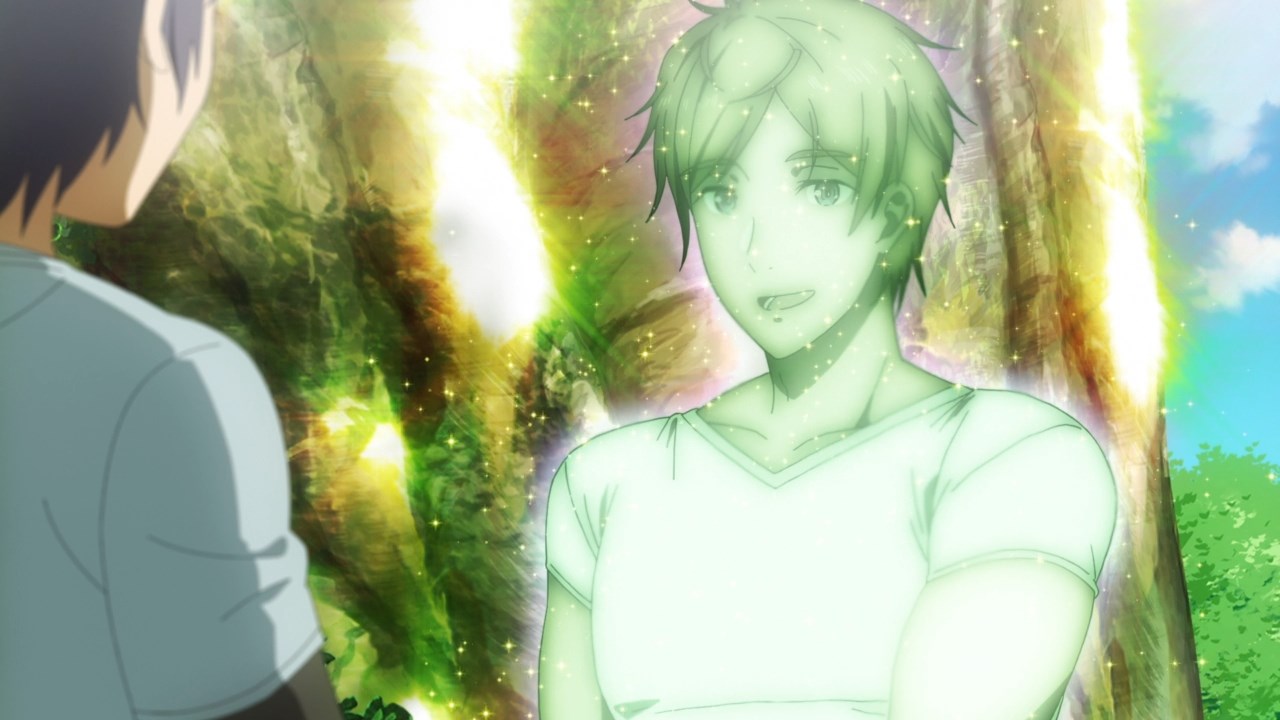 Unfortunately, Martin’s time on this earth is finally up as he’ll move up to heaven. Man, I wish he would follow Hiro around like some helper ghost. 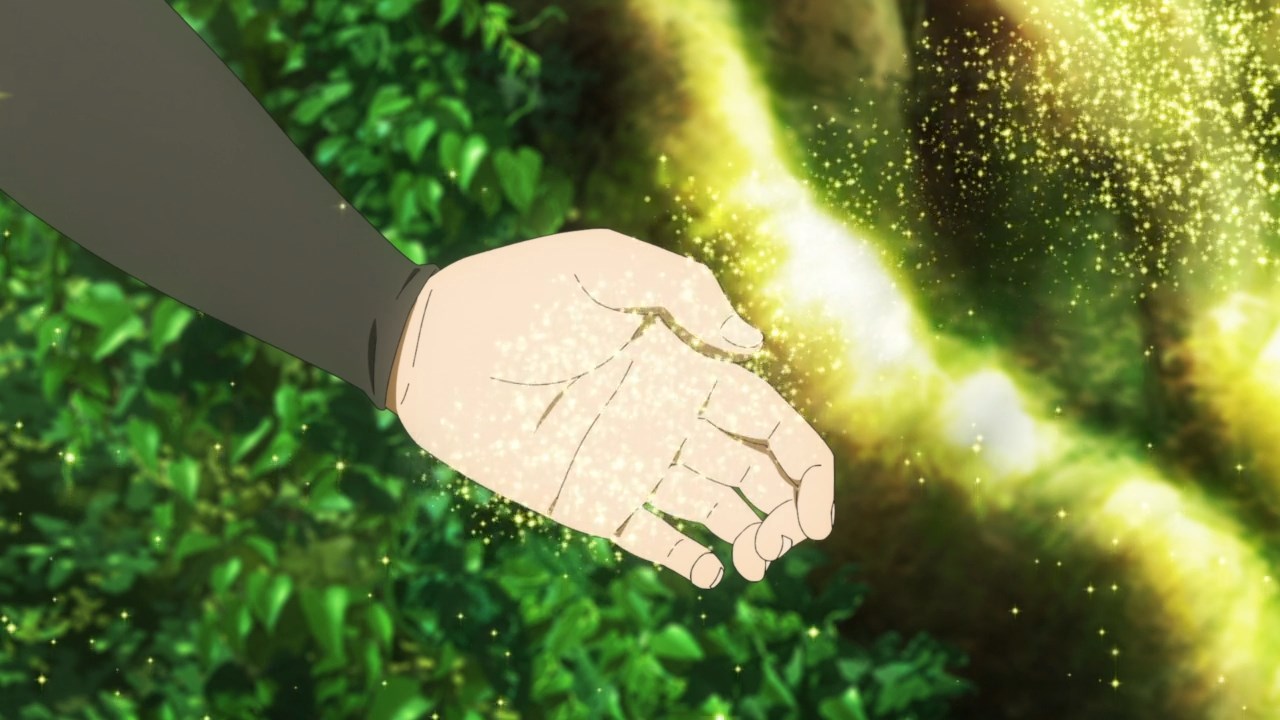 But yes, it’s sad that Martin’s soul has truly passed-on, although Alicia won’t forgive Hiro for accidentally killing her brother. 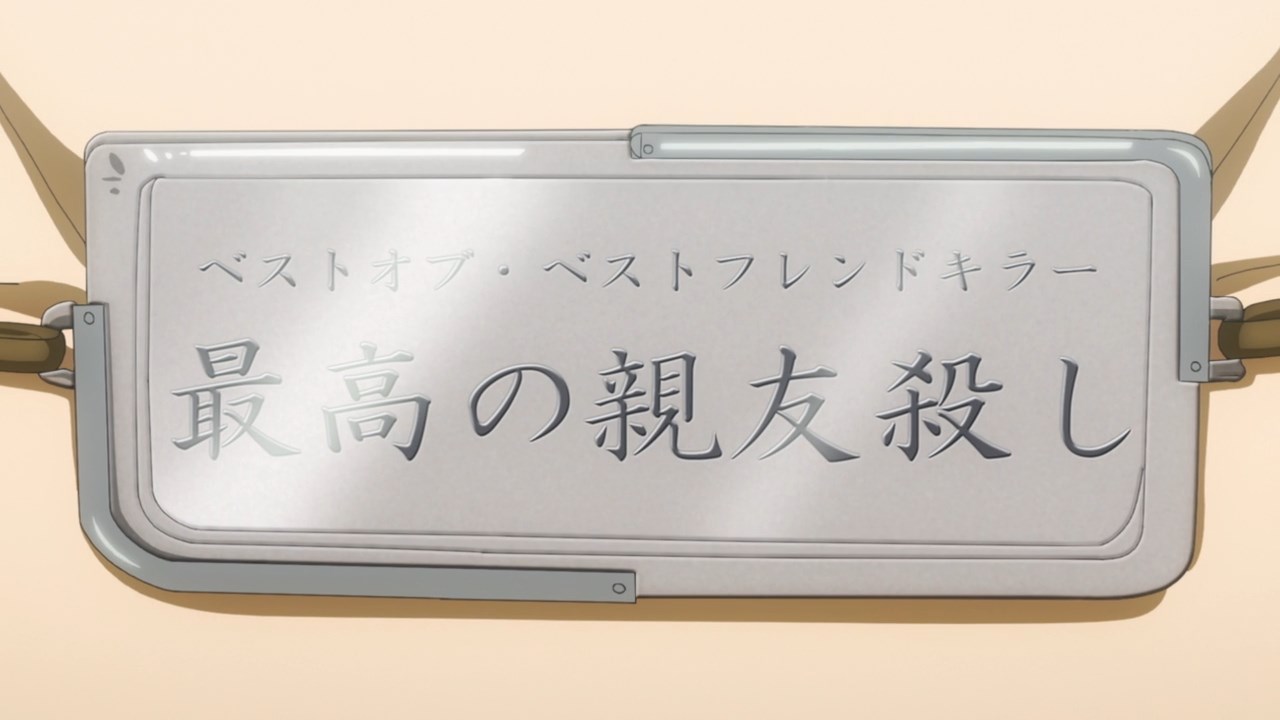 Oh yeah, it appears that Hiro got a new title which is “Best of Best Friend Killer: The Best Amicide”. What the fuck is this redundant title!?

Well then, looks like Hiro is done dealing with his childhood friends as it’s time to clear this game for real. 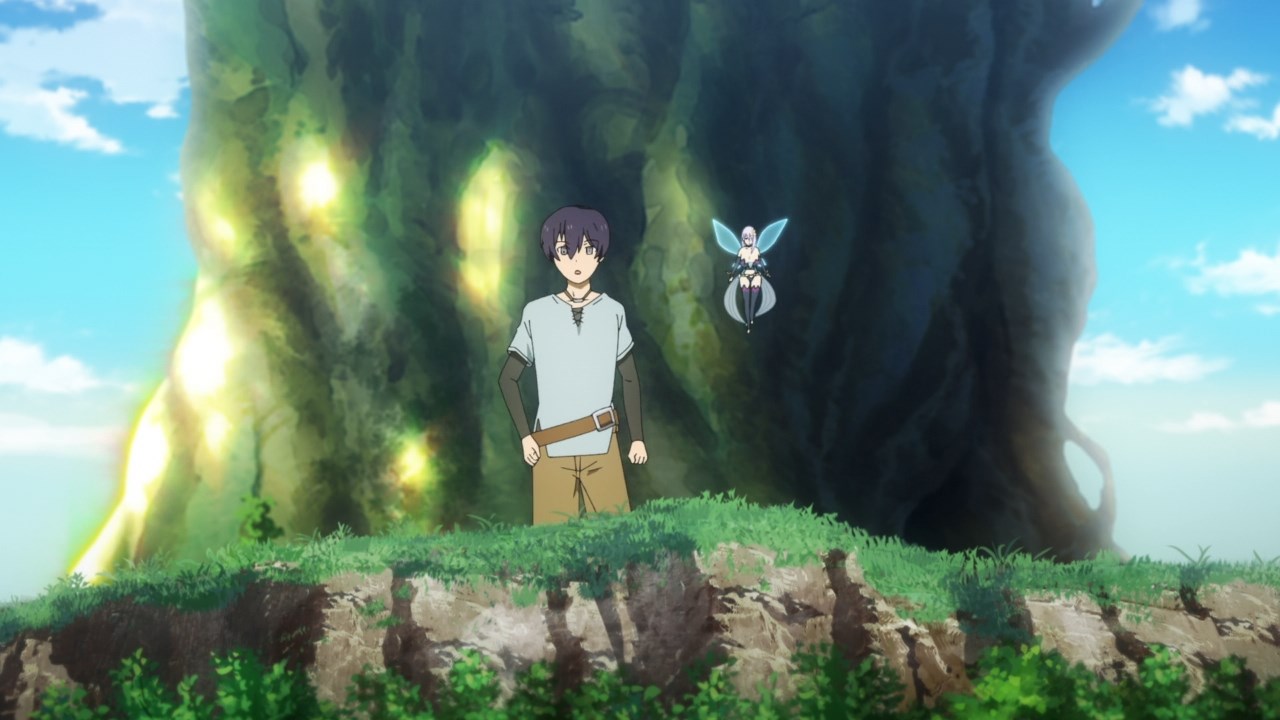 However, it appears that the city of Ted is having a crisis as Hiro and Reona look at it from the distance. 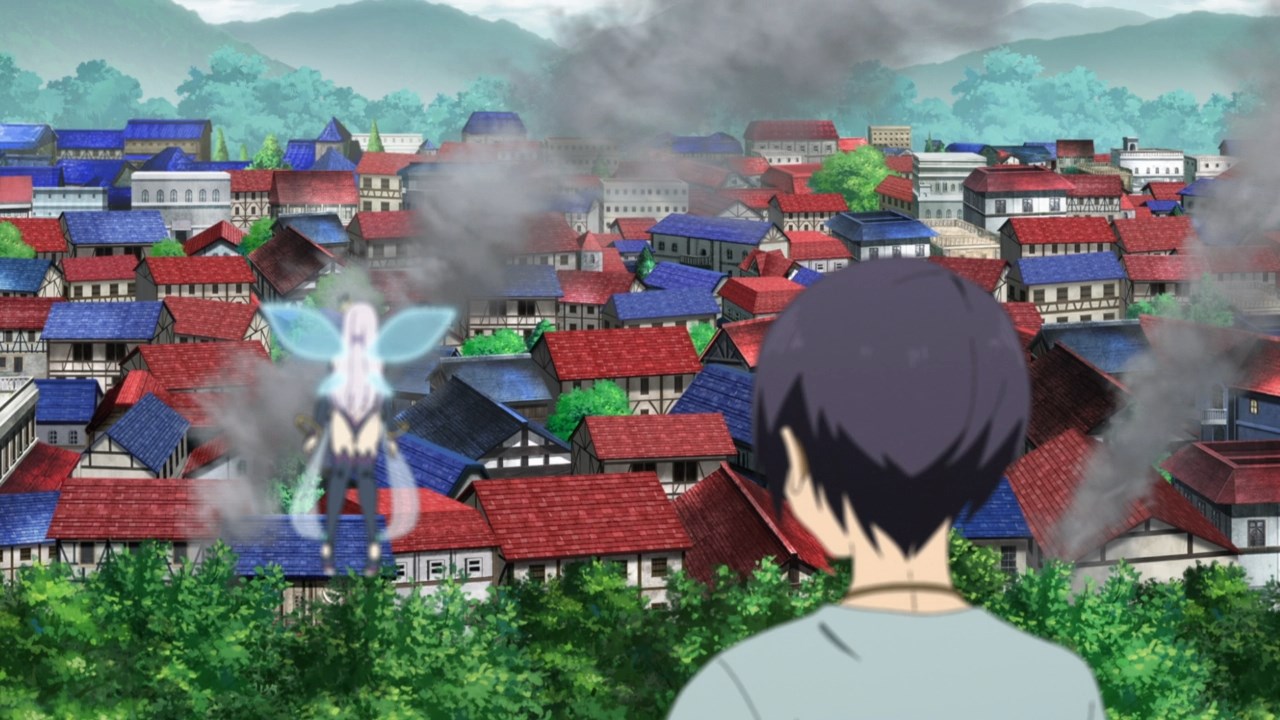 You see, someone attacked the city without warning. I have a bad feeling that it’s either Alicia who went batshit insane, or some monster who unexpectedly raze the town without anyone noticing.

With that said, looks like Hiro will have a real quest to take up with on the next episode. Then again, his rusty sword won’t be very useful on this crisis.