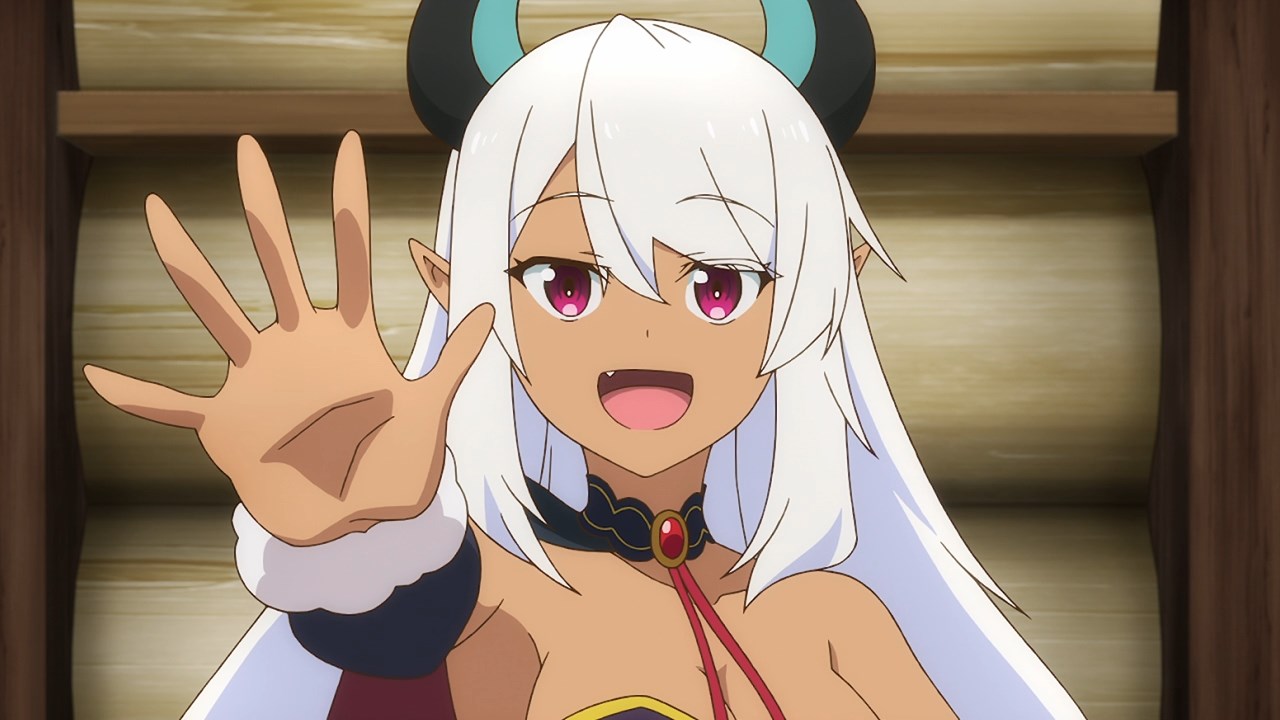 Let’s start this episode with Beelzebub where the demon lady announced that Azusa Aizawa is granted an award for creating a peace treaty for both dragon clans back in Episode 4.

This means that Azusa and her family will visit the demon realm to claim the award, although Laika is concerned that those demons might invade other realms. But don’t worry though as Beelzebub assured that the demons have become peaceful. 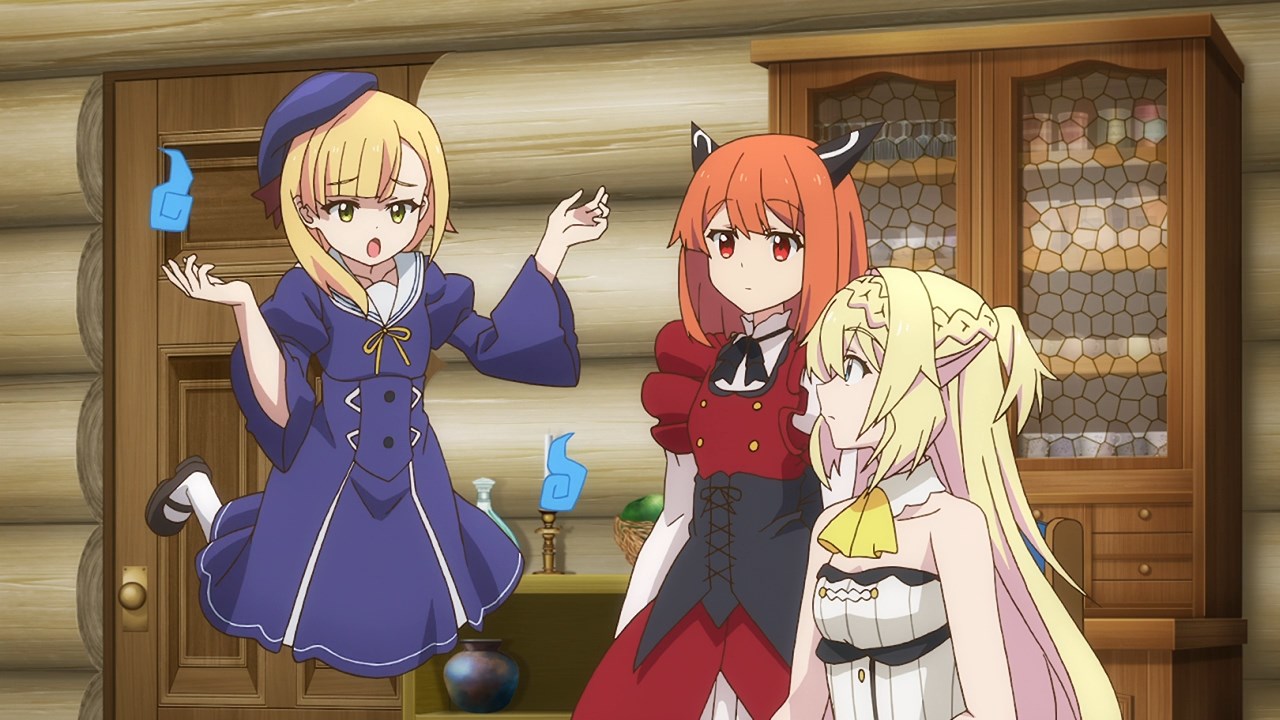 Now then, it’s time to find some formal wear but unfortunately for Rosalie, she’s stuck with her current clothes since she died while wearing it. Well, this is a problem alright. 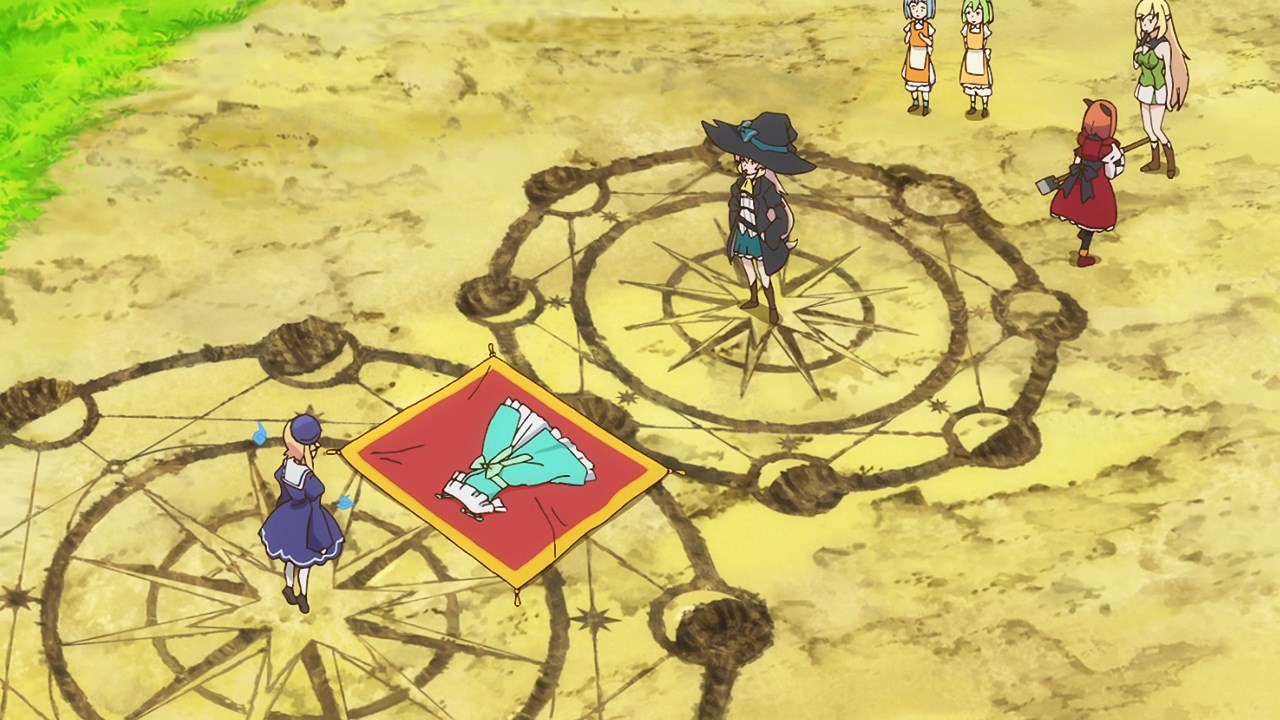 Not to worry though as Azusa will do something in regards to Rosalie’s clothes. All she needs is a magic circle and a formal gown in which the Witch of the Highlands will visualize it. 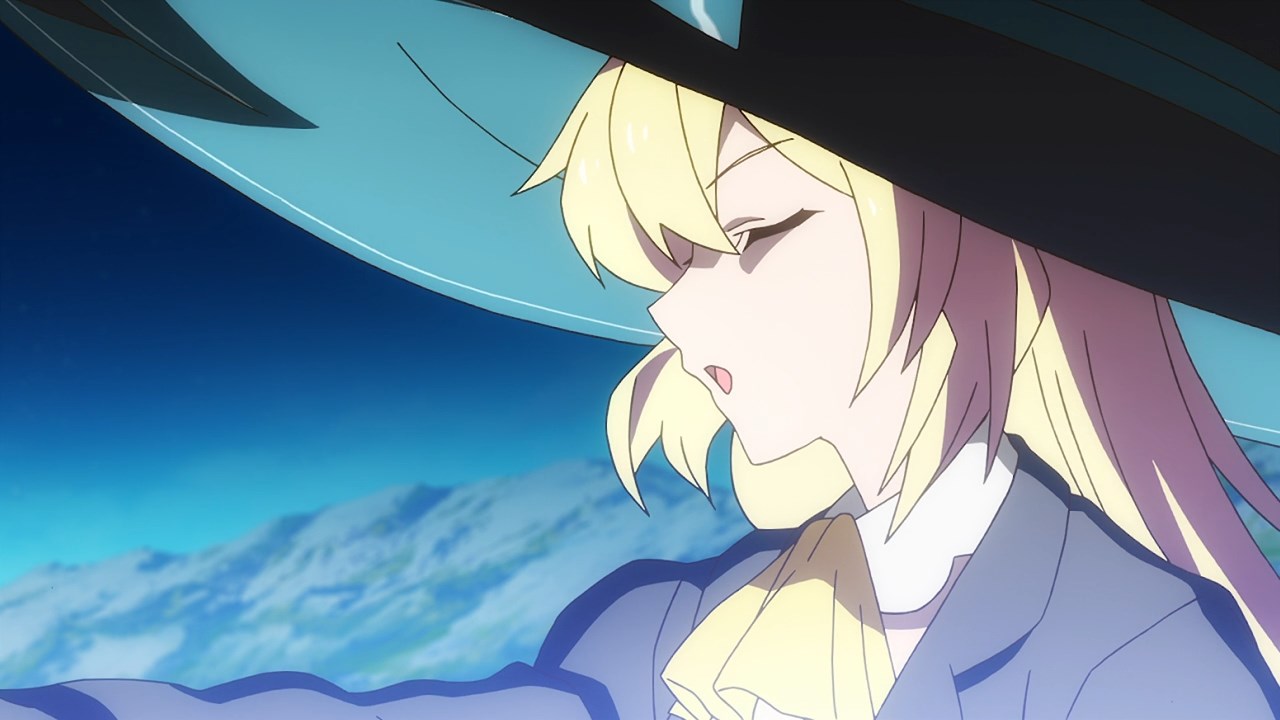 But you know what, I think Azusa should resurrect Rosalie so she can wear formal clothes physically. Then again, she’s no longer unique if that happens. 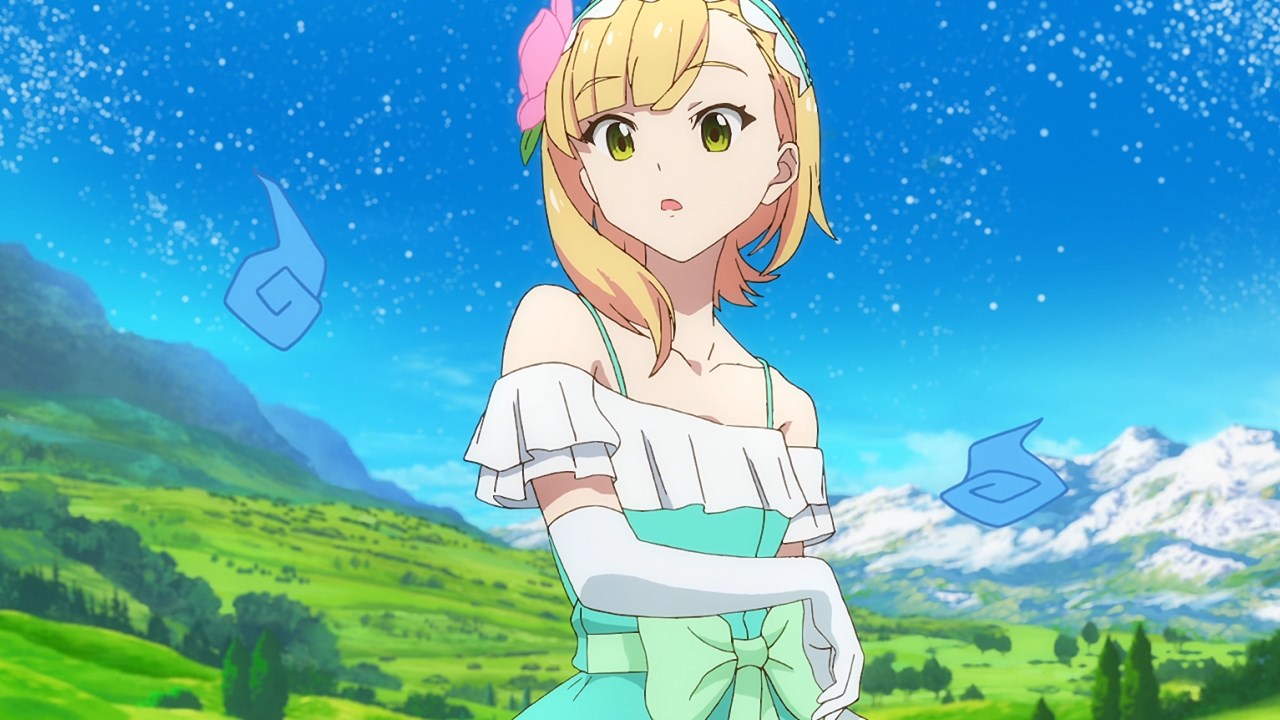 In any case, looks like Azusa’s spell is successful as Rosalie is now wearing a new set of clothes. Of course, she’s still a rowdy person underneath. 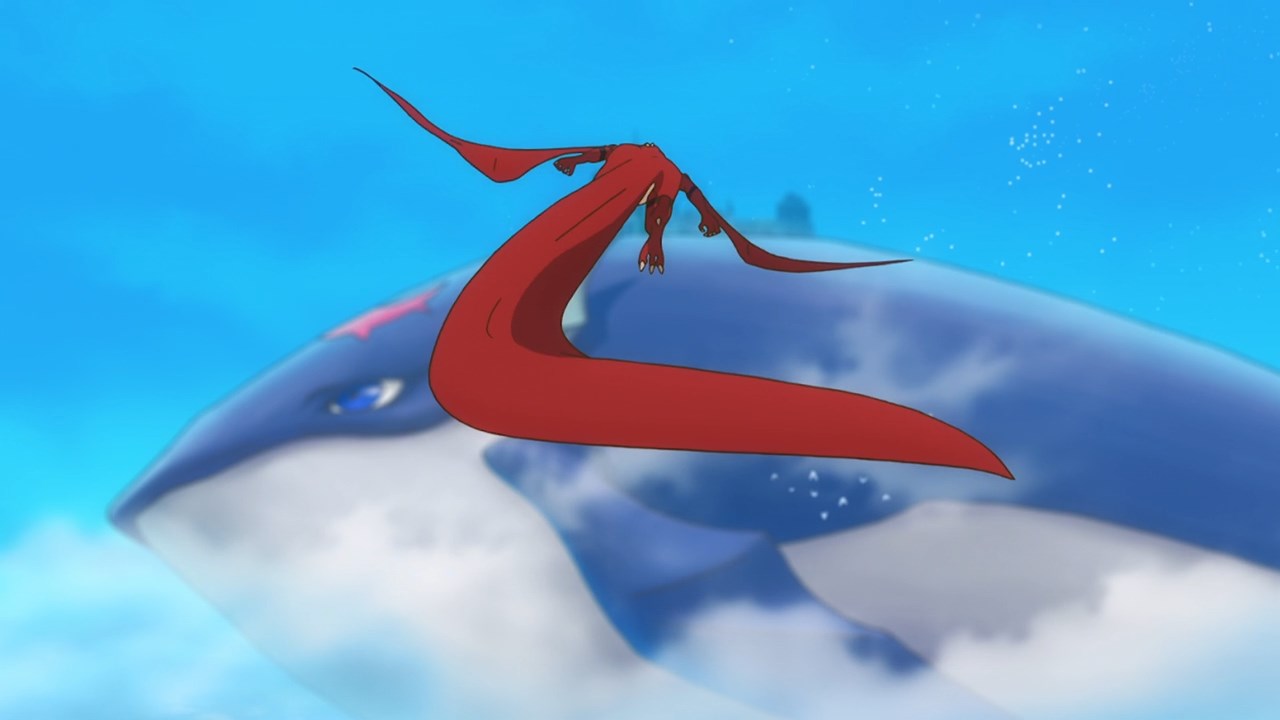 Now let’s move onto the next scene where Azusa and her family will ride on a leviathan, which is a whale that has a castle on its back. 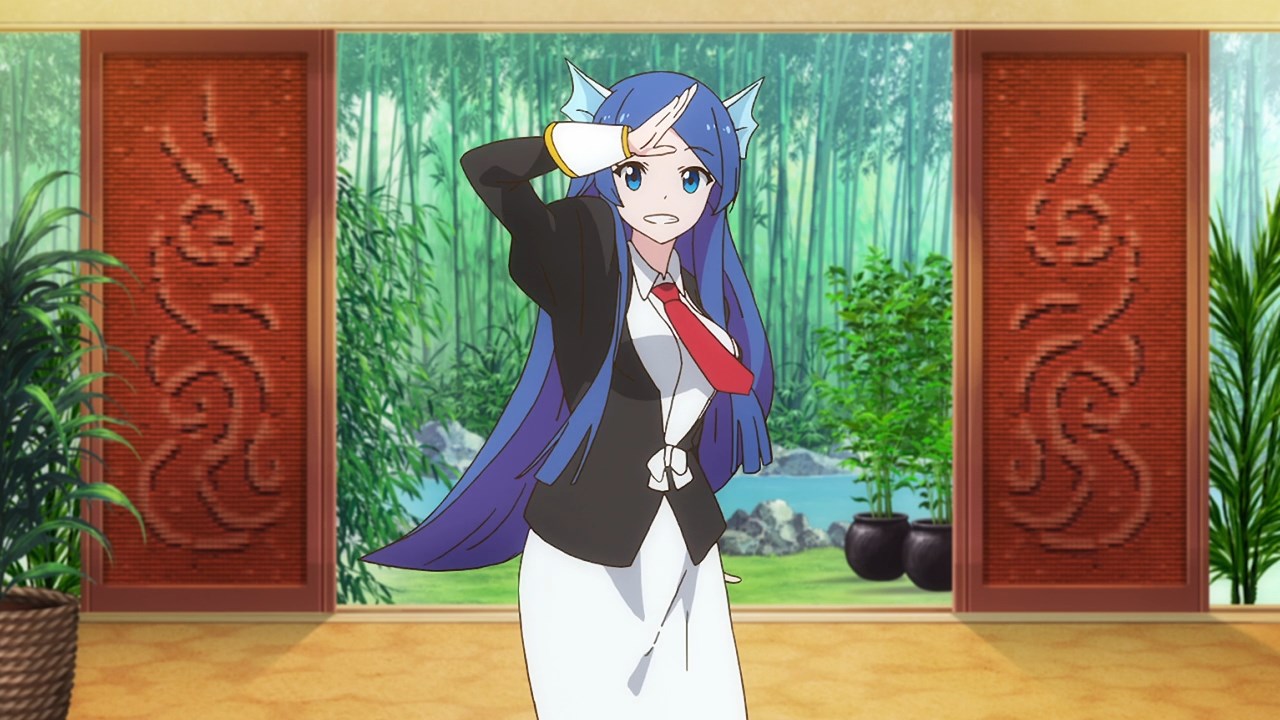 Anyways, this is Vania who will be today’s attendant for the Witch of the Highlands and her family.

Oh yeah, she’s actually a leviathan in which she and Fatla (who is currently carrying Azusa’s family by the way) are responsible for ferrying guests to the demon realm. 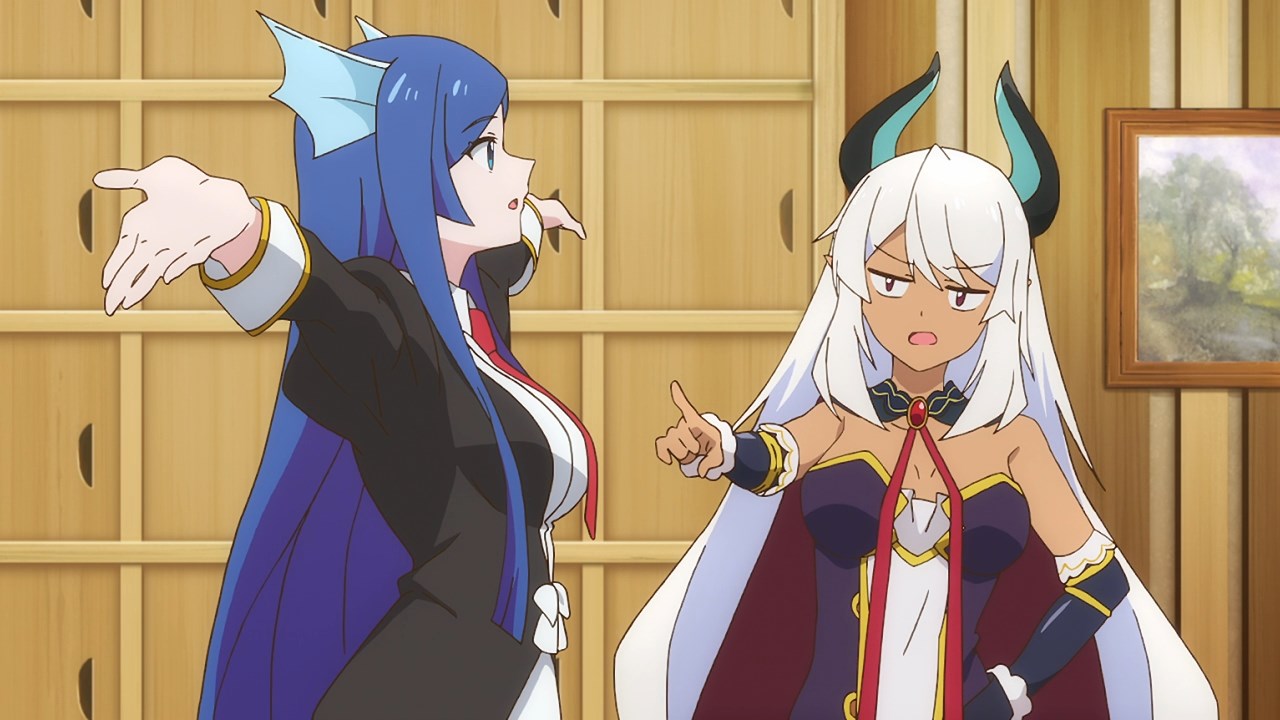 Of course, Beelzebub warned her to treat her guests well or she’ll write an apology letter. Still, I think Vania will take good care of Azusa Aizawa and her family.

One more thing, the leviathan ferry has a hot spring in which guests can relax, although Azusa and her family can’t stay at the hot springs for too long or their bodies would melt. 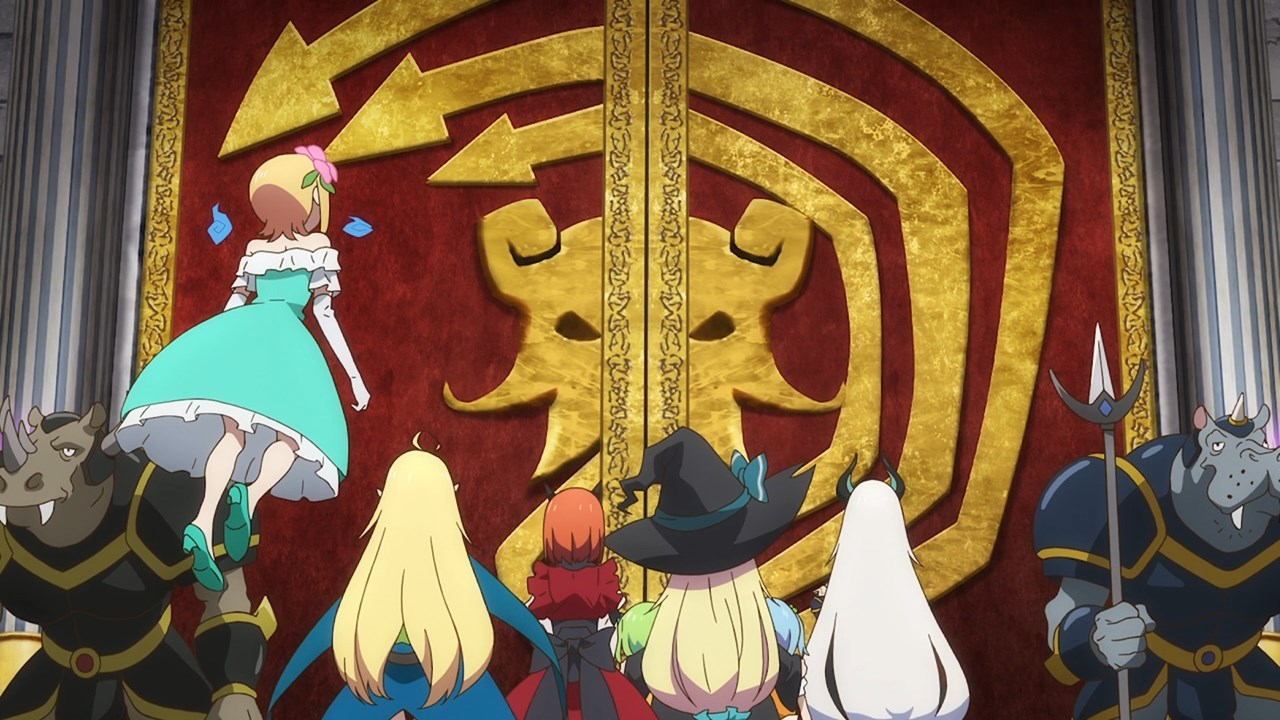 Now then, they’ve finally arrived at the demon realm where they’re gonna meet the ruler of all demons. Then again, they should behave when speaking with the demon lord. 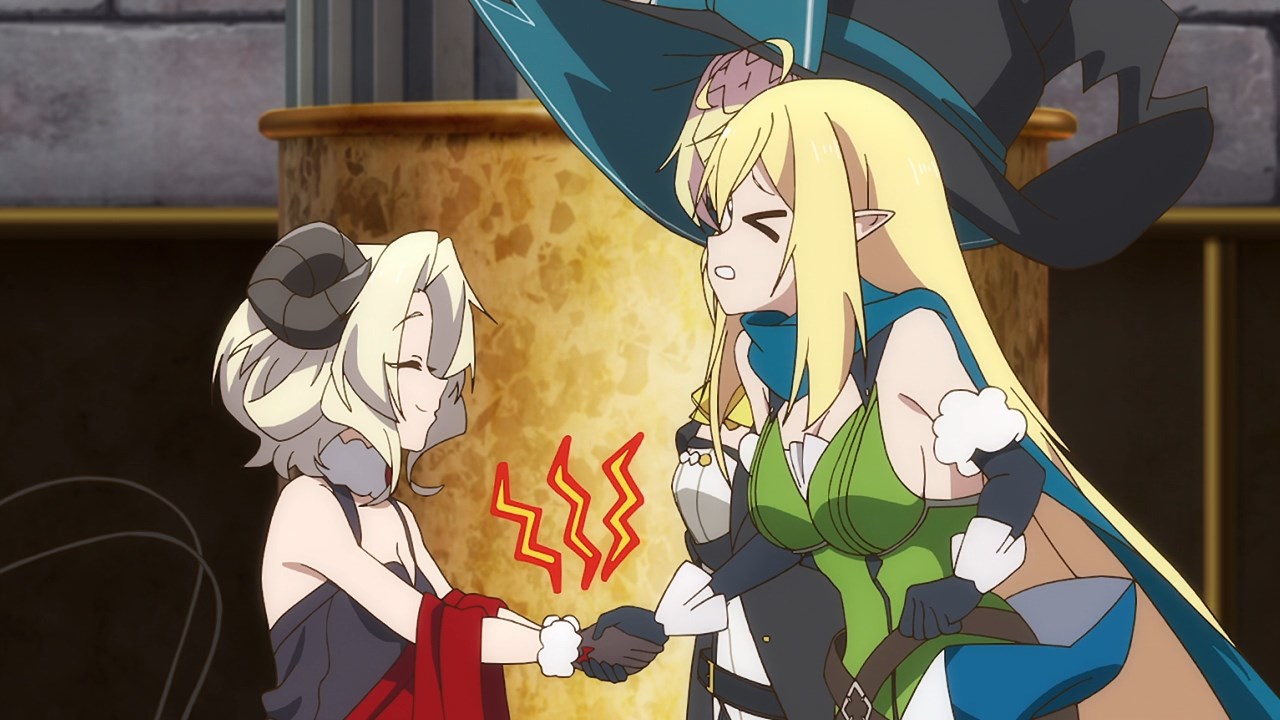 Unfortunately, the demon lord is not here as Azusa and the rest met this girl named Provat Pecora Allières in which she’s happy to meet the Witch of the Highlands, as well as Halkara in which Pecora proceed to shake the elf’s hand.

Man, Pecora is so cute, which is not surprising since Yukari Tamura voiced this character. 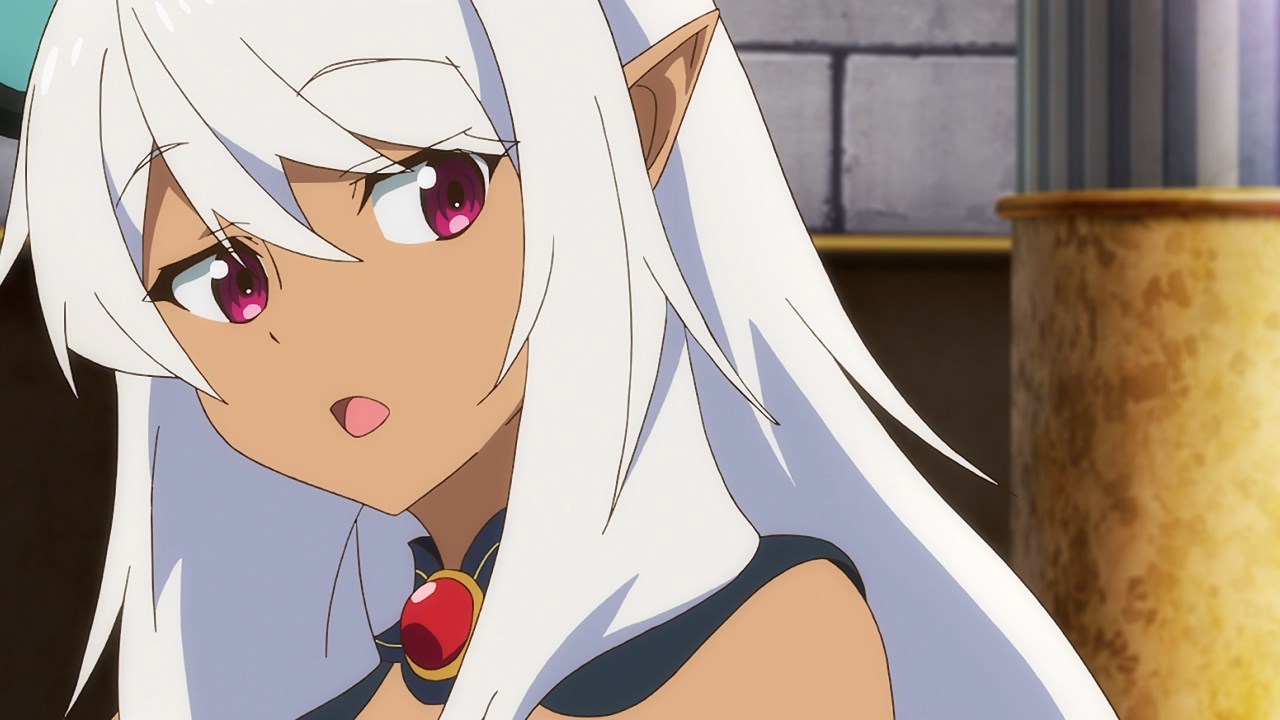 However, Beelzebub interrupted them as the demon lady told Azusa and her family that Provat Pecora Allières is actually the ruler of the demon realm. I guess I have to call her as Queen Pecora then. 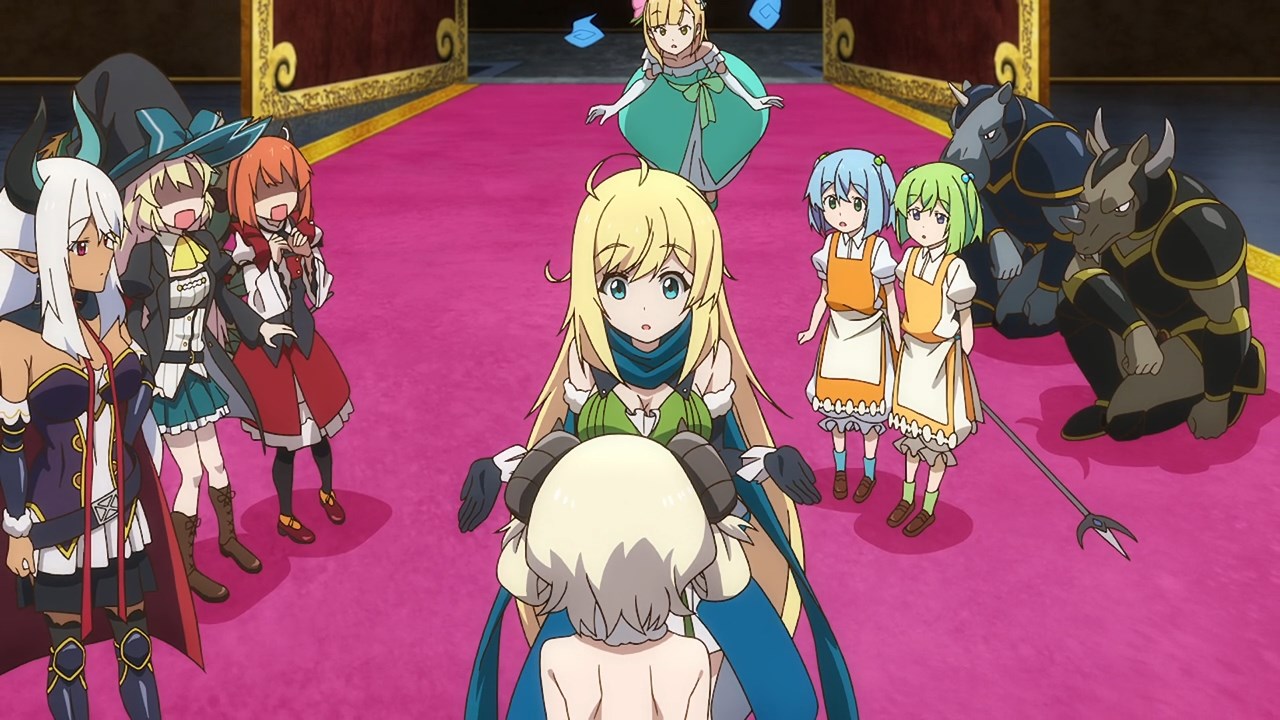 In any case, everyone is stunned that this little demon girl is actually the queen of all demons. I guess they have to be careful on what they speak or act. 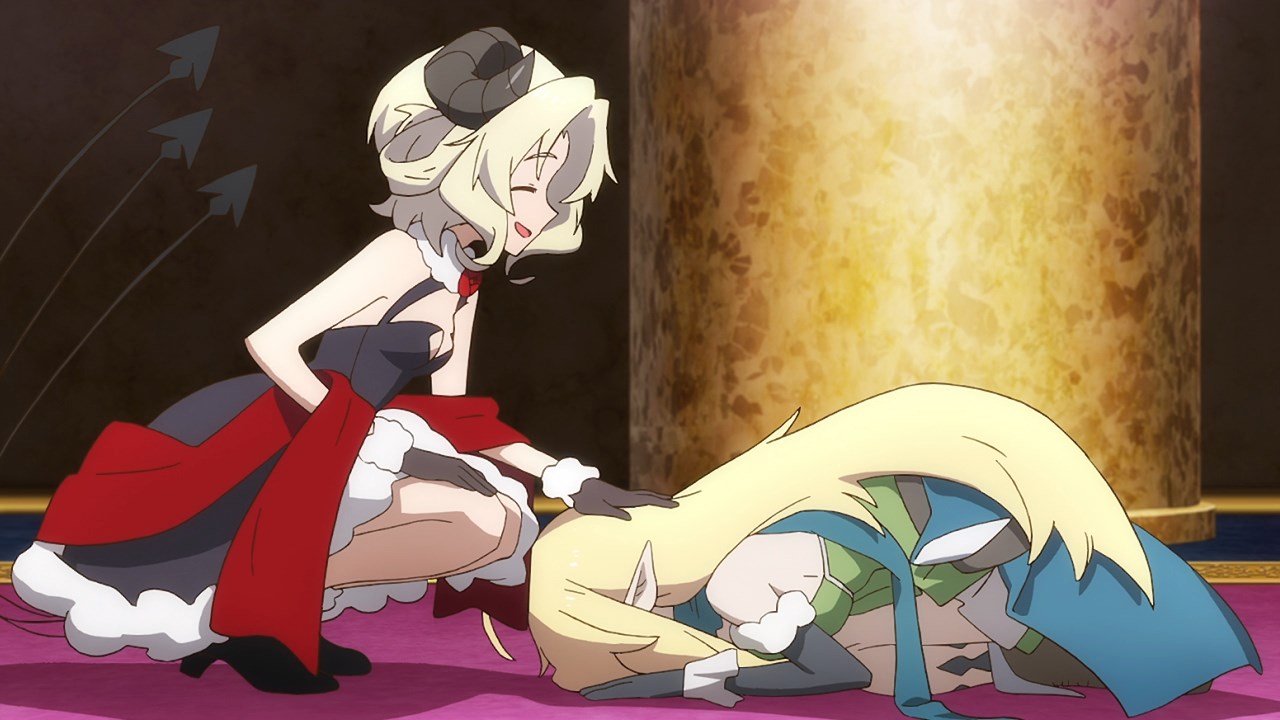 This includes Halkara in which she grovel in front of the demon queen. I mean, this elf is scared for her rudeness.

Of course, Queen Pecora told Halkara to raise her head as she’s not very strict when it comes to talking to commoners… Well, except for attempting to harm Pecora in which she’ll murder that person. 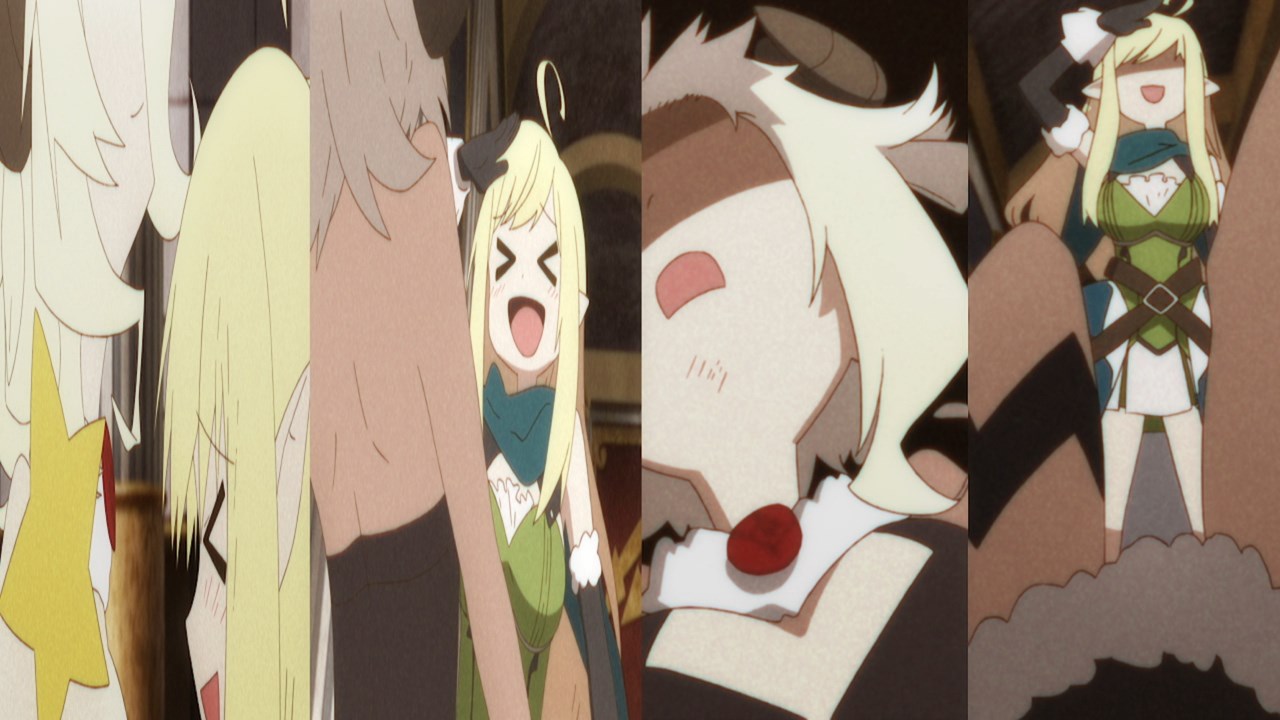 Unfortunately, Halkara accidentally headbutted Pecora in which the queen of all demons is knocked-out. Oh boy, I think she shouldn’t attended to the ceremony as Halkara is klutzy elf. 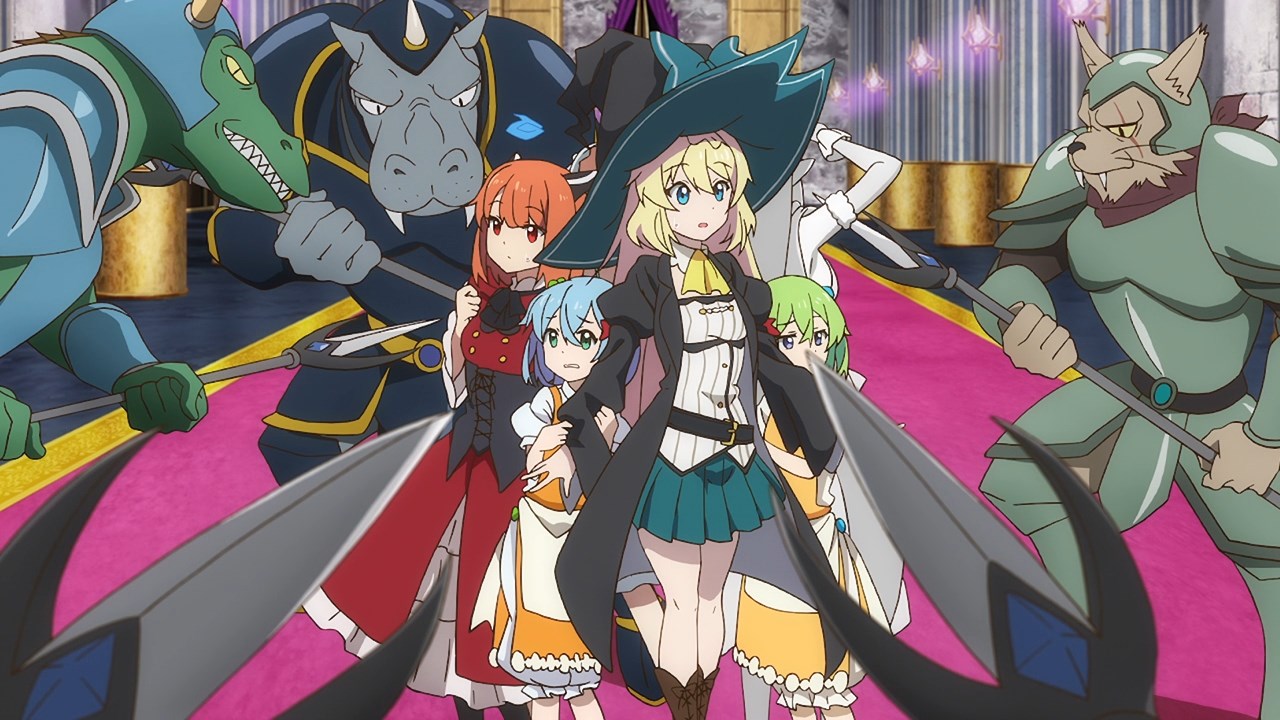 Well then, looks like Azusa Aizawa and her family are in deep trouble as the demon realm have become very hostile thanks to Halkara’s blunder. Now, the only thing I’m really concerned is will they survive on the next episode?

Seriously though, this trip to the demon realm went from being chill to a literal hell!