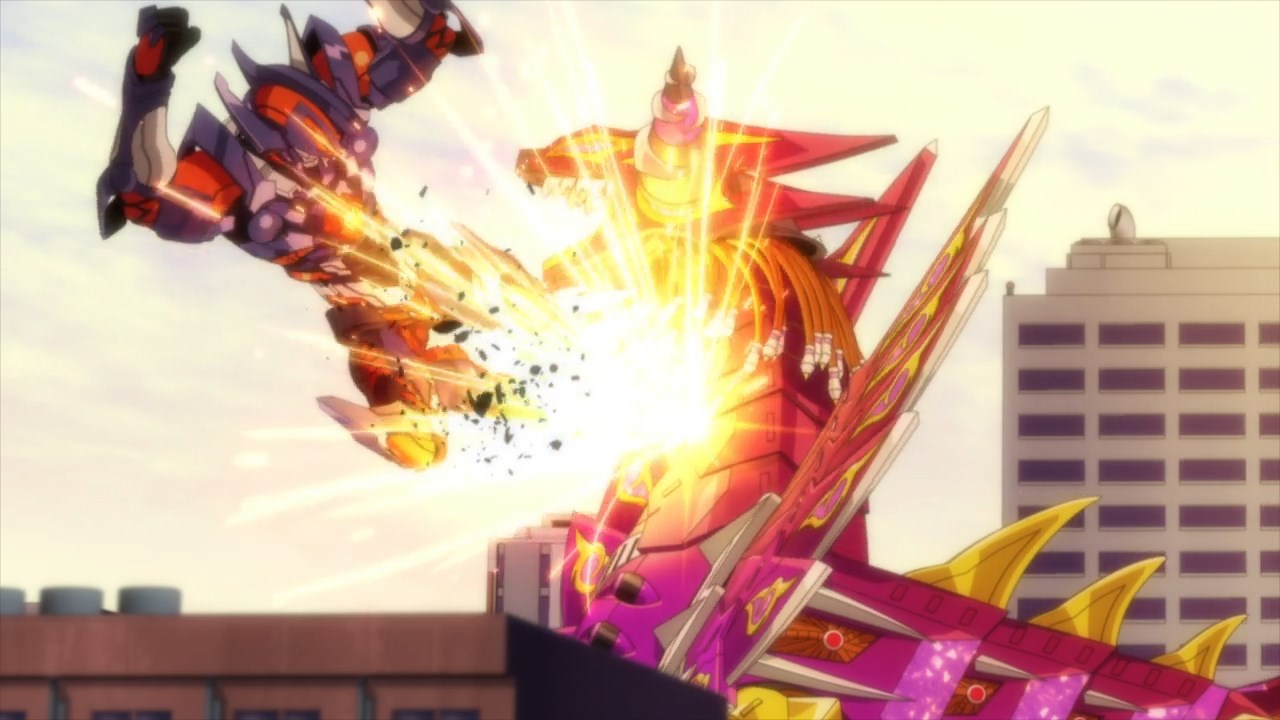 Well look what we have here, it appears that Bullbind is getting wrecked by Gridknight as both Onija and Mujina couldn’t believe that their kaiju is gonna lose. 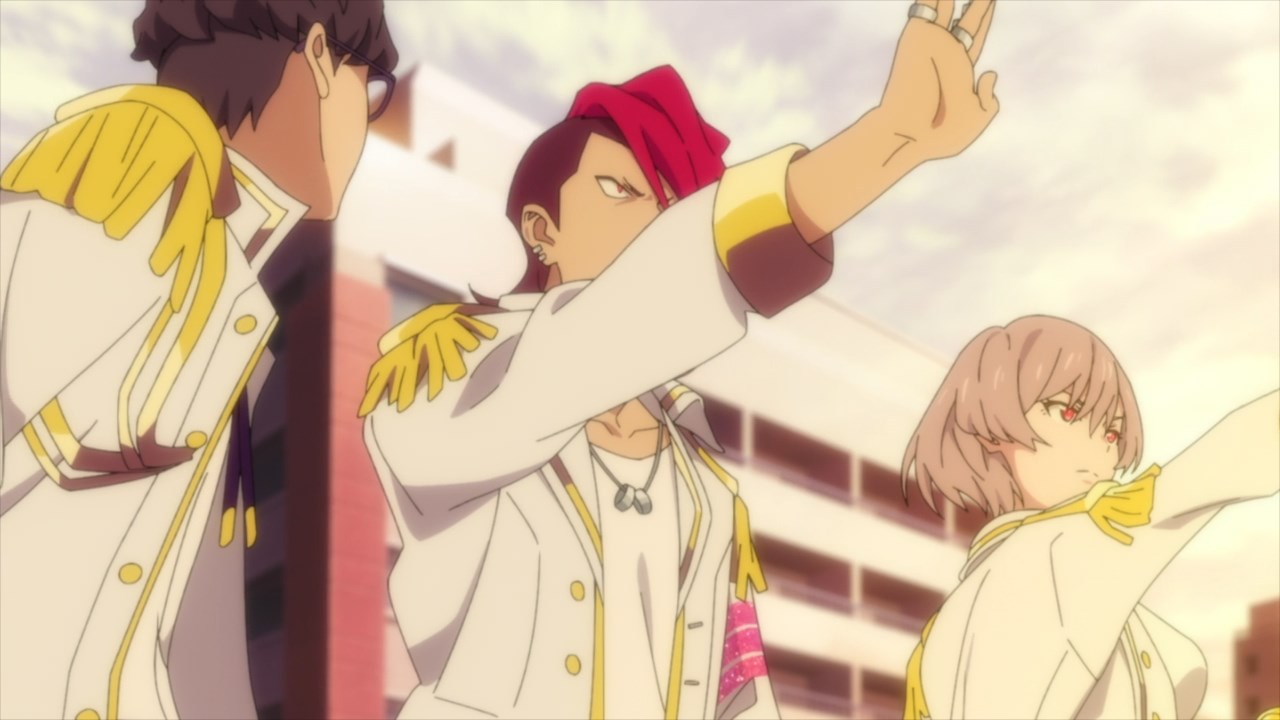 With that said, it’s time for Bullbind to get out of this area and lick its wounds. I mean, this kaiju might get killed by Gridknight if Bullbind didn’t flee. 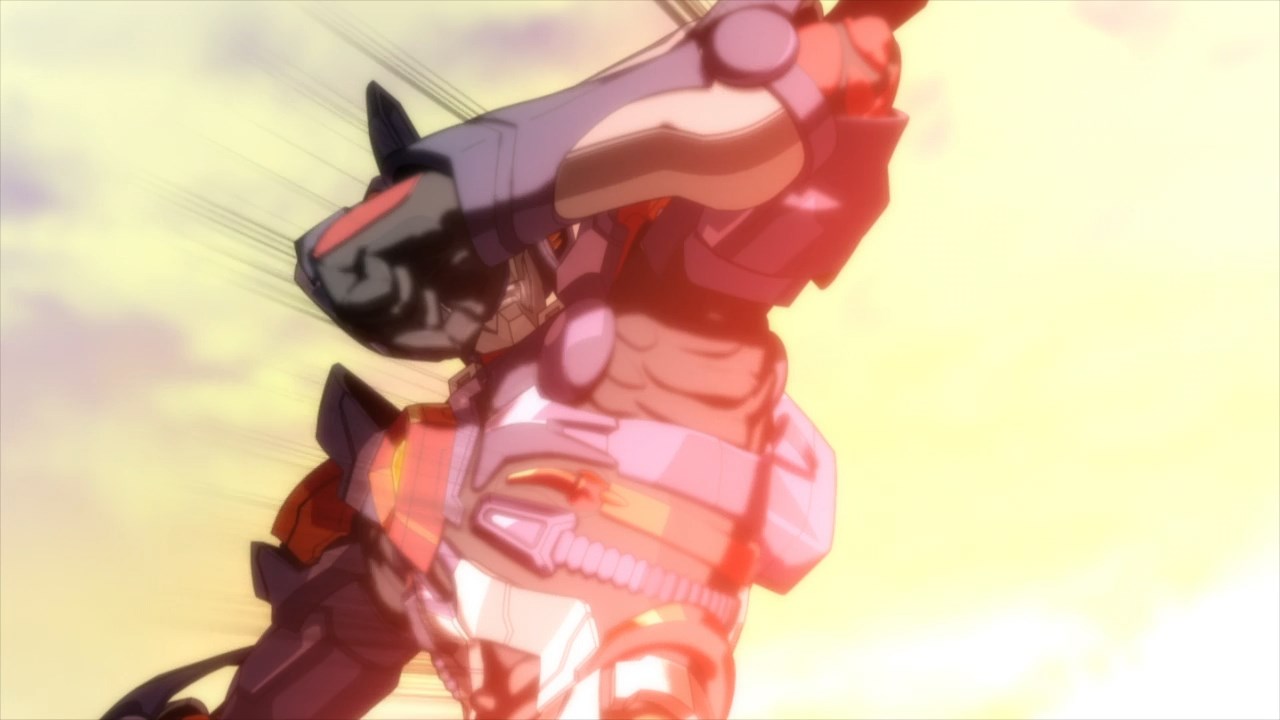 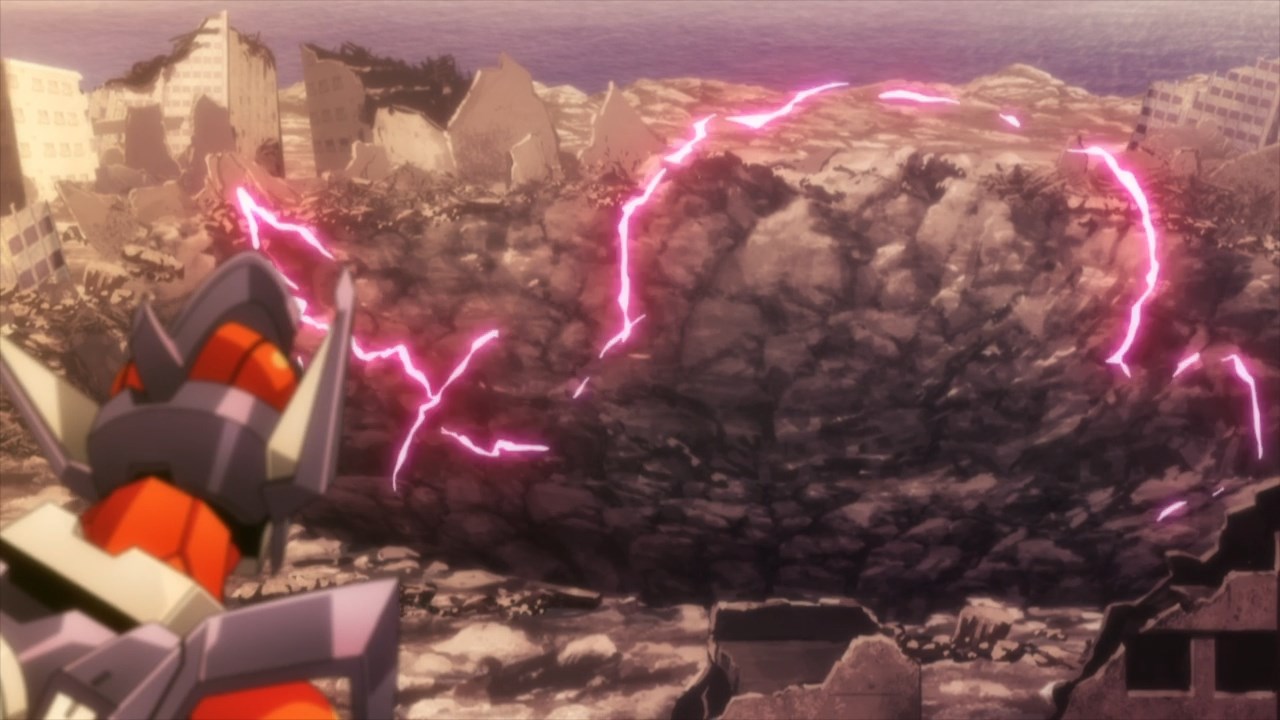 But anyways, the Kaiju Eugenicists will have to take their leave for now. Of course, they’re gonna crush both Dynazenon and Gridknight sooner or later. 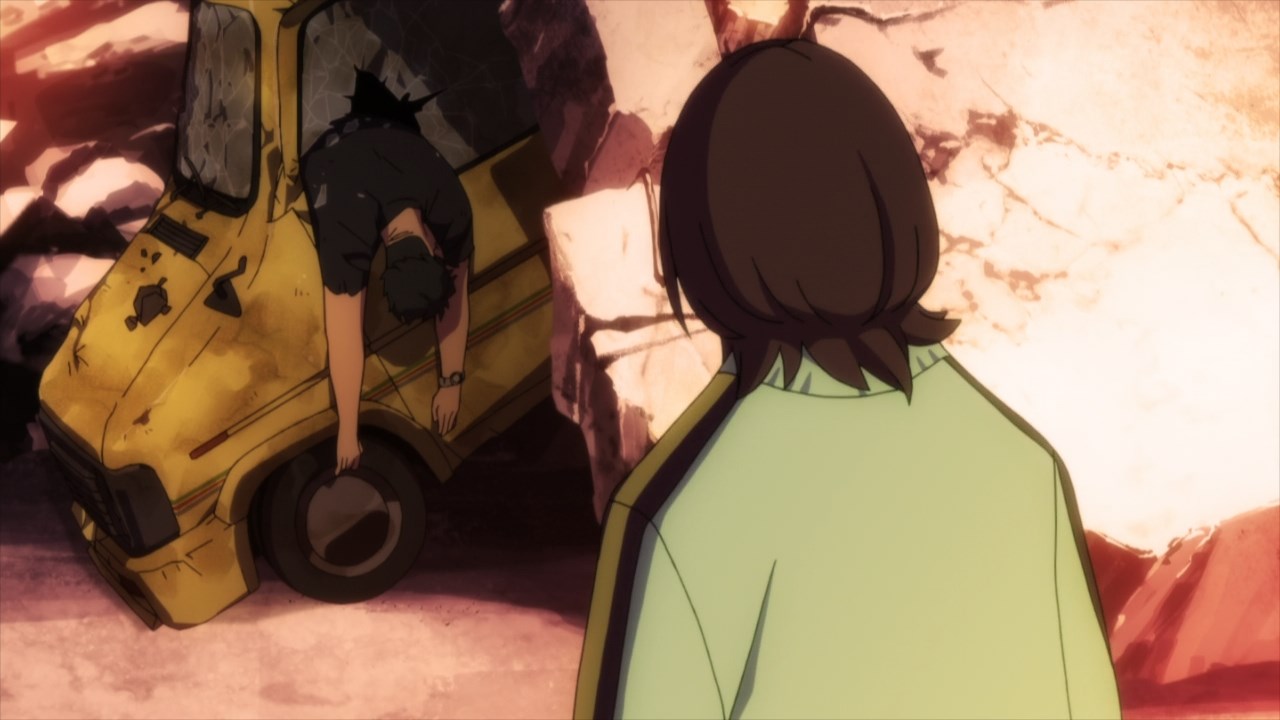 Meanwhile, looks like Koyomi Yamanaka found Arata Tachibana where he got crushed by falling debris. Sure that Yamanaka is jealous that Inamoto is married to her husband, but Koyomi don’t want Tachibana to die like this. 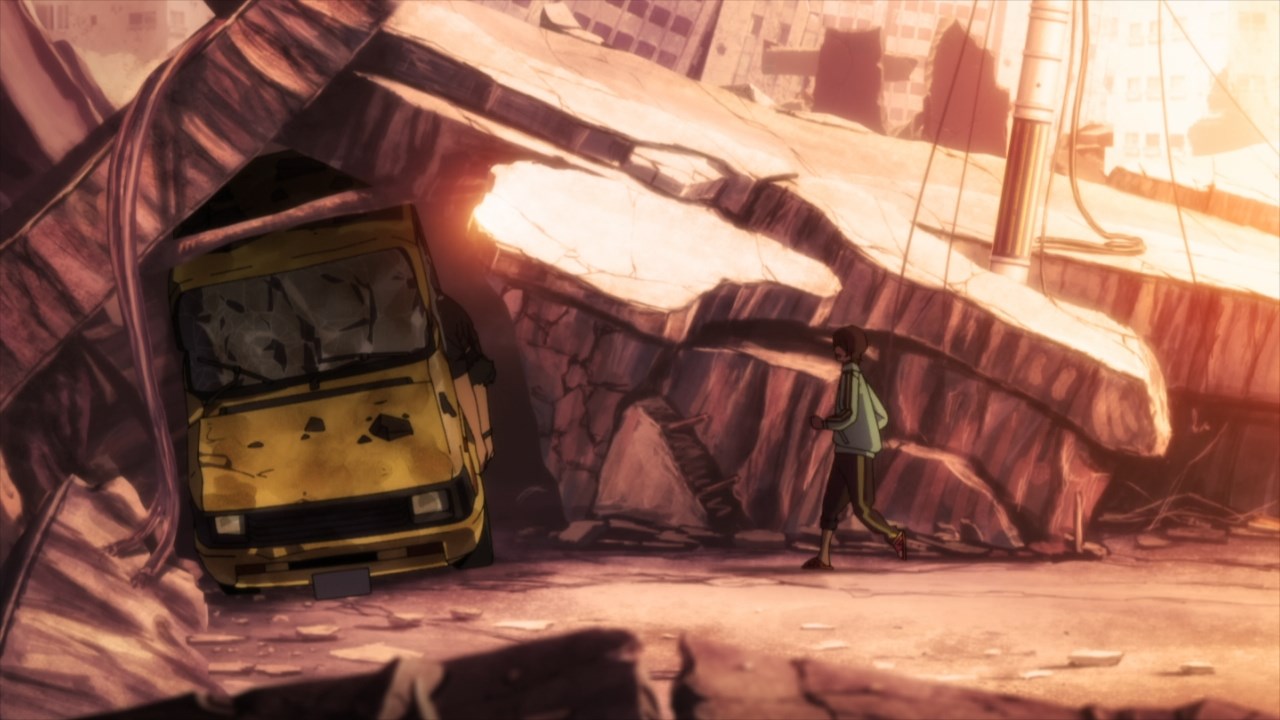 So, Koyomi did the right thing as he tried to pull Arata Tachibana out from his car. Of course, he needs some help since Yamanaka can’t do it by himself. 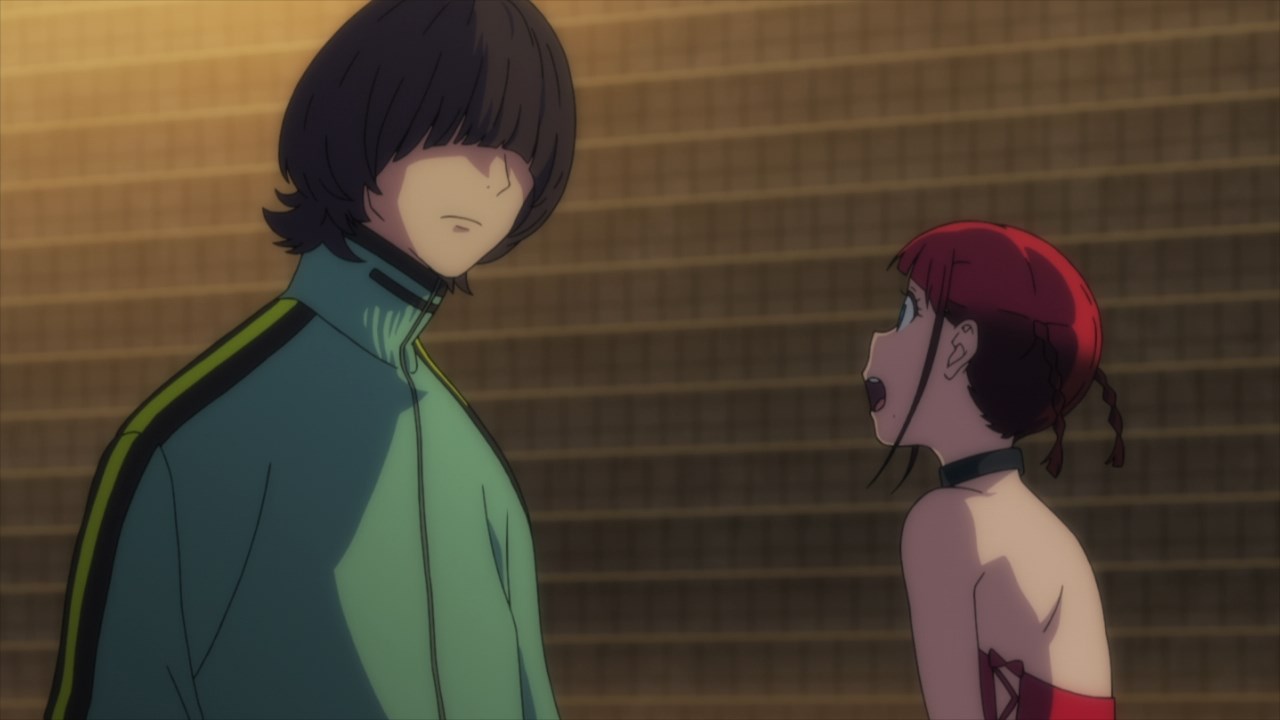 Still, Koyomi Yamanaka arrived to meet up the rest of his friends after saving Arata Tachibana, although Gauma is really pissed that Koyomi ditch his duty.

But to be fair though, Yamanaka wants to save someone rather than chasing the fleeing kaiju. 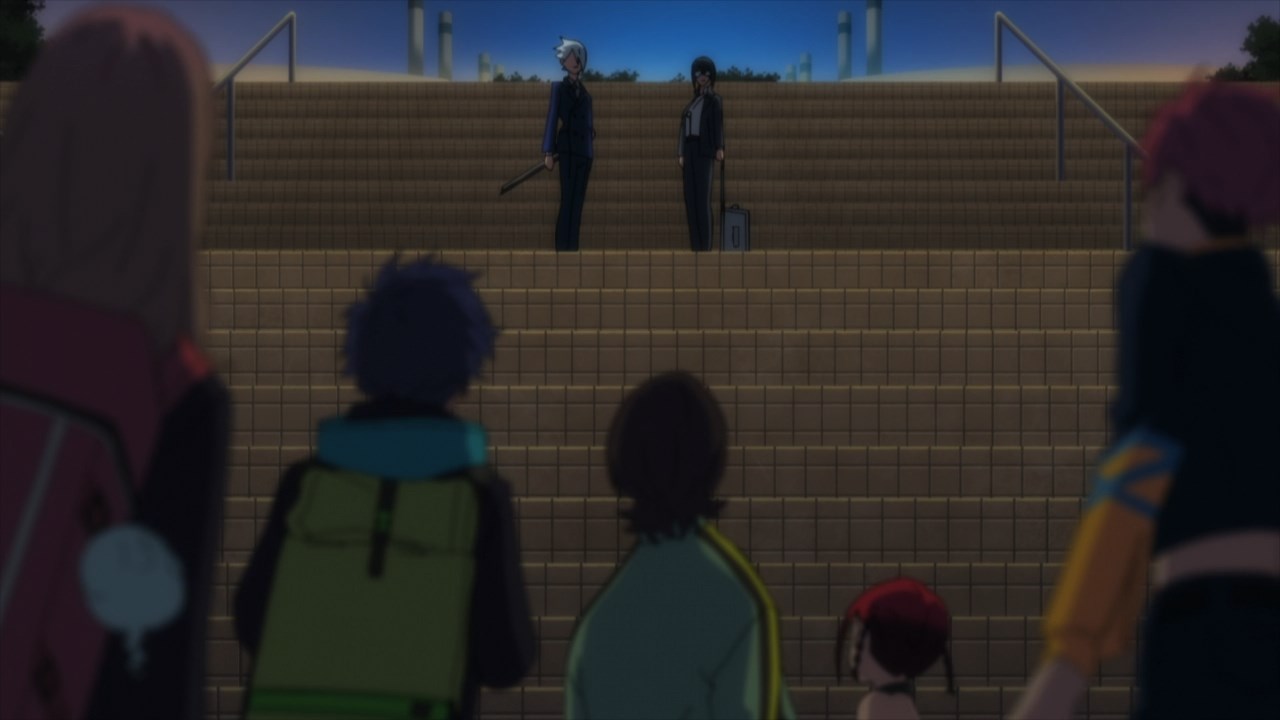 Now then, looks like two people showed up in front of Gauma and his friends. And really, it’s shocking to see two particular characters from SSSS.GRIDMAN has arrived in the spin-off. 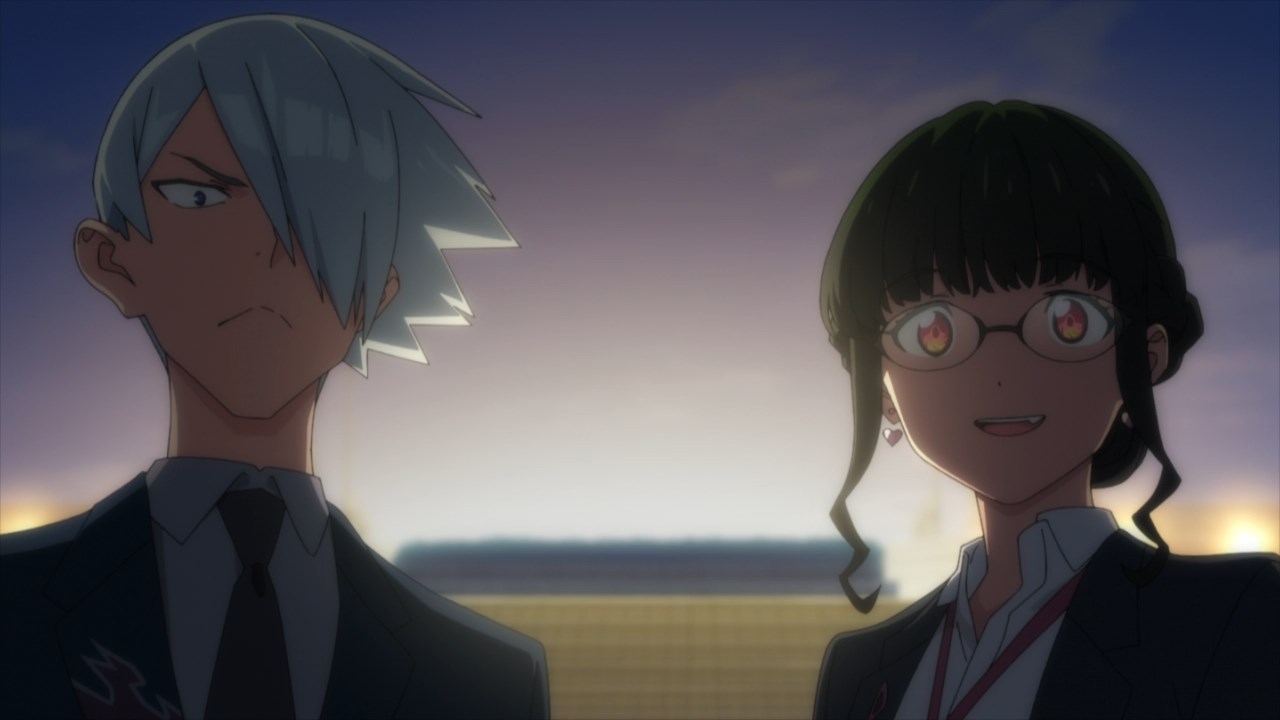 Anyways, this is both Anti and Anosillus… Oh wait, their respective names have changed to Knight and Second as they introduced themselves as the Gridknight Alliance. 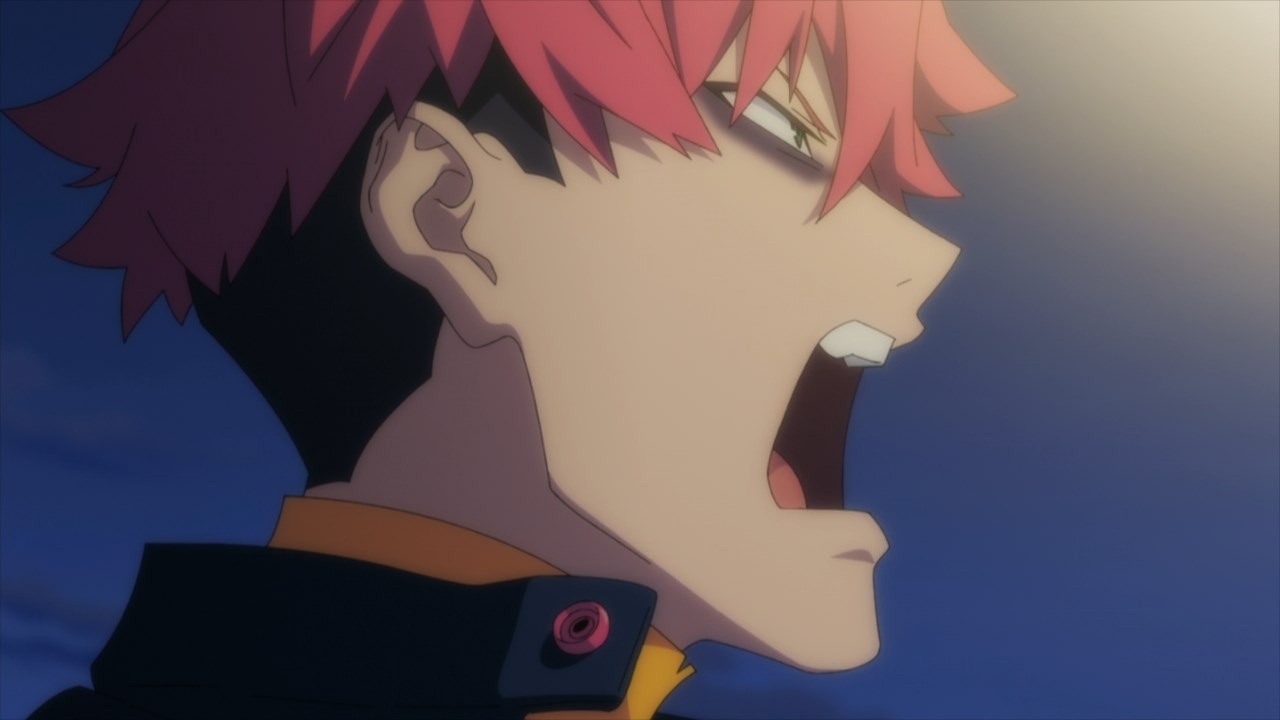 Of course, Gauma doesn’t trust them because for one, Gridknight stole his prey but to be fair, Dynazenon is not in a good condition to fight Bullbind. 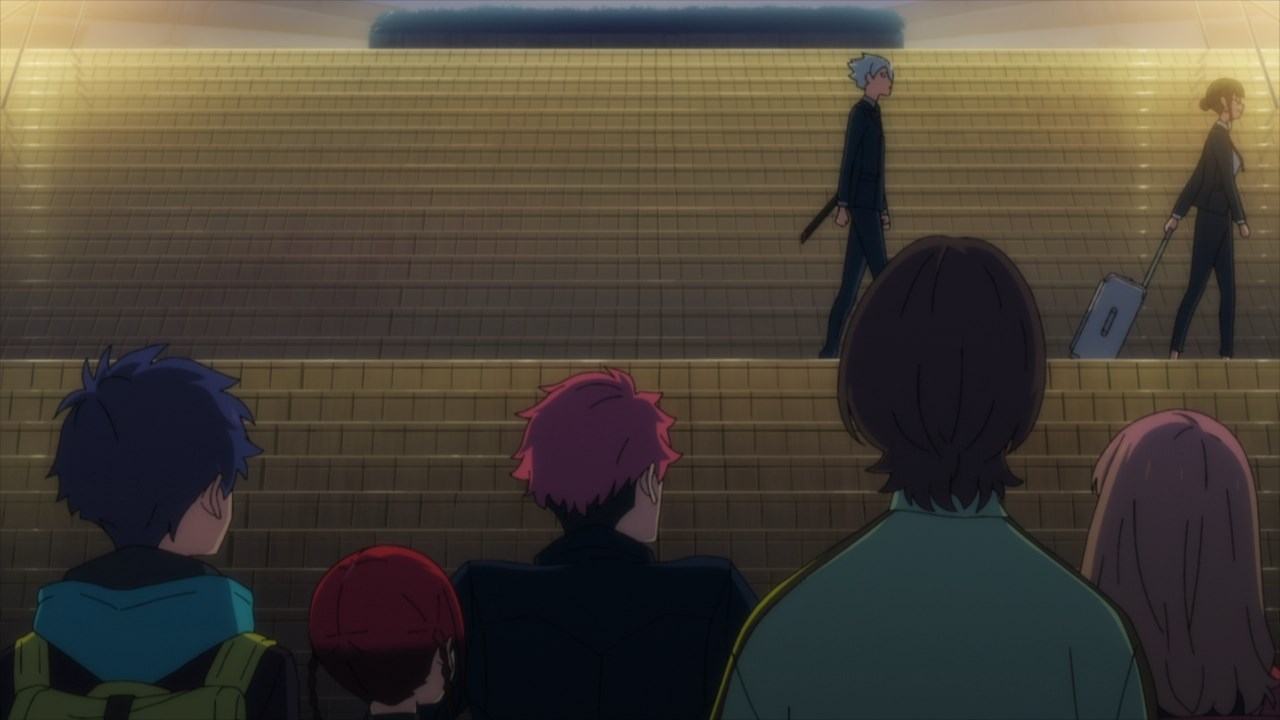 With that said, looks like Knight and Second take their leave. Oh yeah, Knight might not save their asses simply because of Gauma’s arrogance. 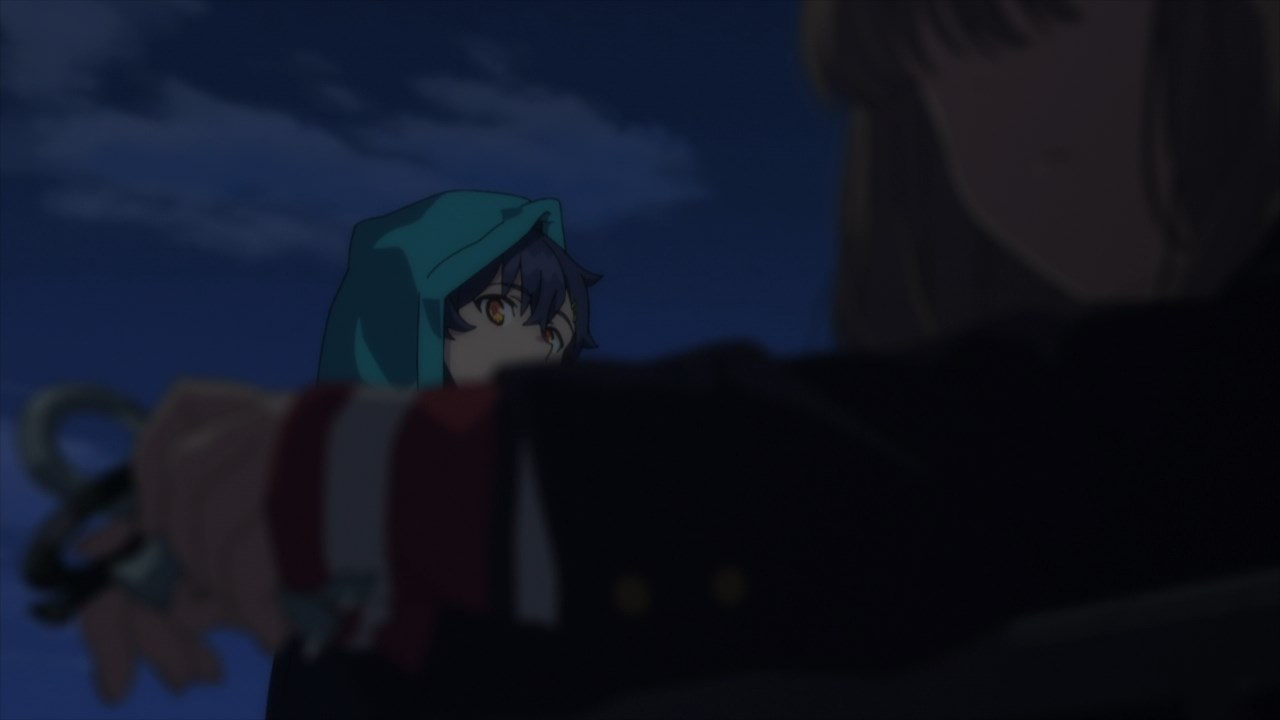 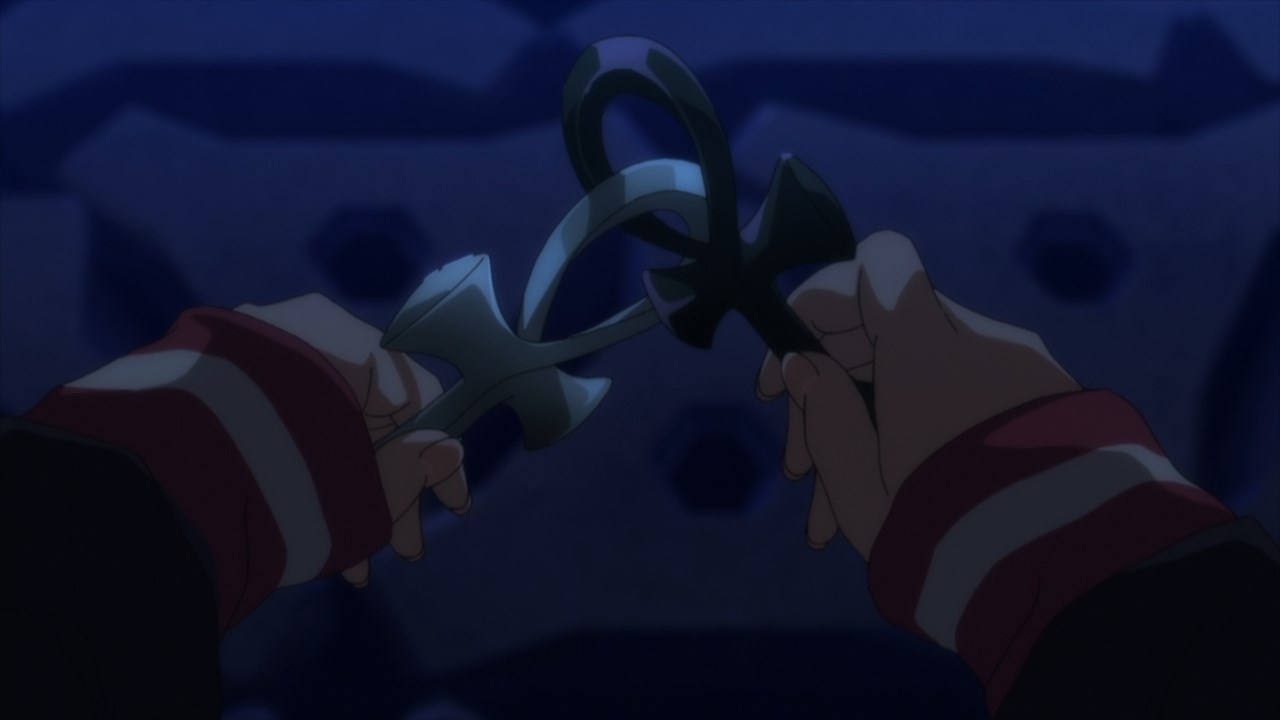 Meanwhile, let’s focus on Yume Minami where she’s playing with her ankh puzzle to the point that Yomogi Asanaka noticed it. But why it’s so special to Yume? 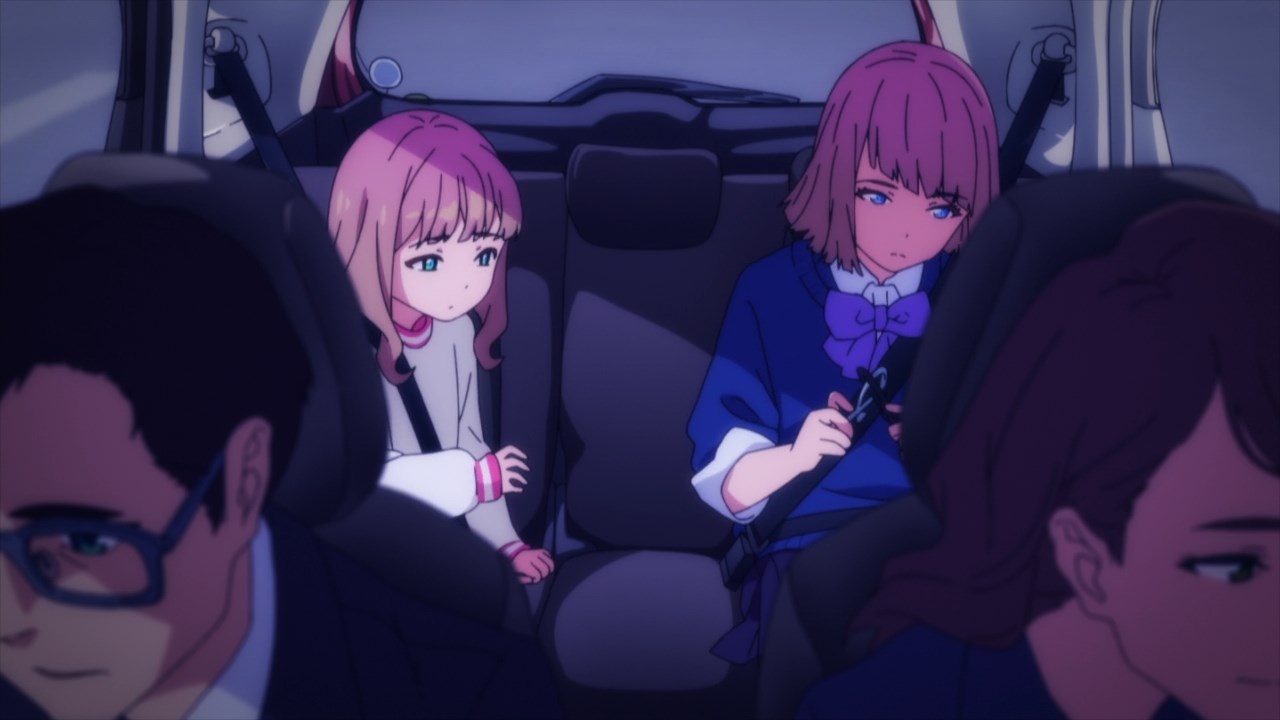 Well, turns out that it belonged to Kano where Yume tries to ask her sister to lend the puzzle to her, but Kano refused to do so.

Man, it’s sad that their bond as sisters is starting to fall apart and while Yume tries to patch things up with Kano, it was too late as she died. 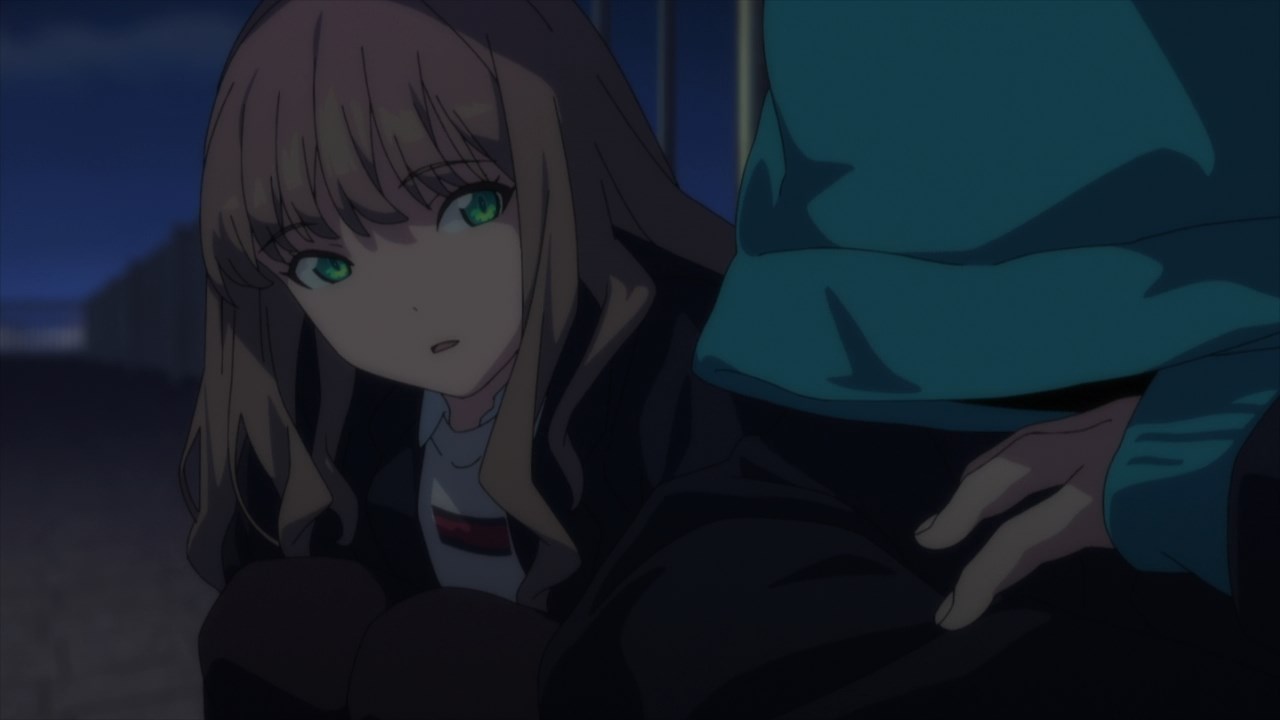 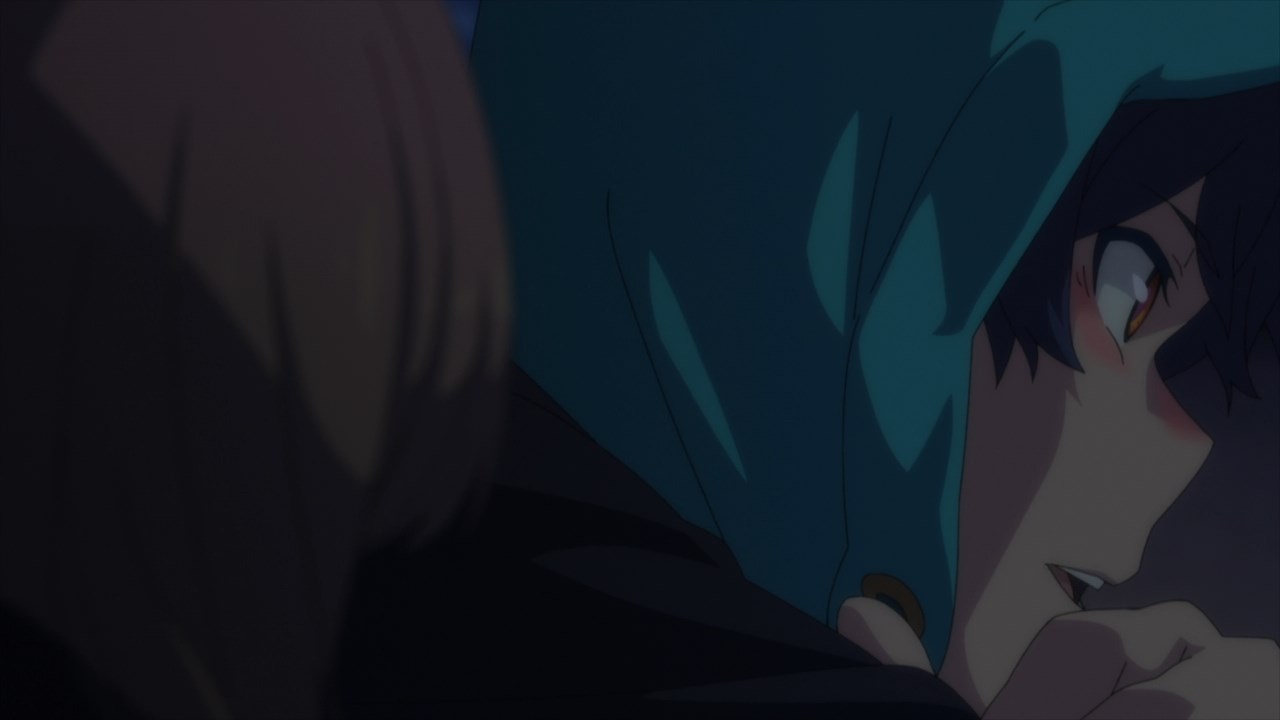 So when Koyomi heard Yume’s story on her sister, he cried so hard that he got puffy eyes. I have to say that he’s very emotional despite not being involved with Kano at all. 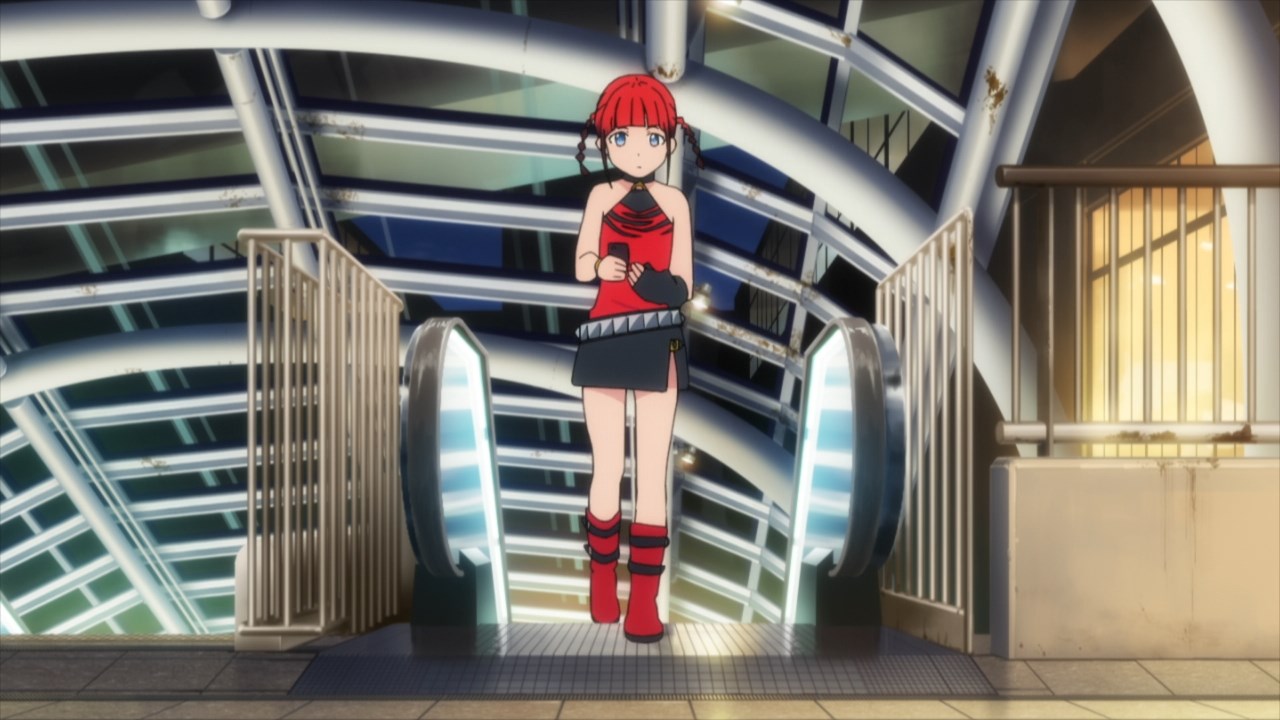 Now then, here’s Chise Asukagawa where she’s about to meet her friends since they’re gonna fight Bullbind soon. 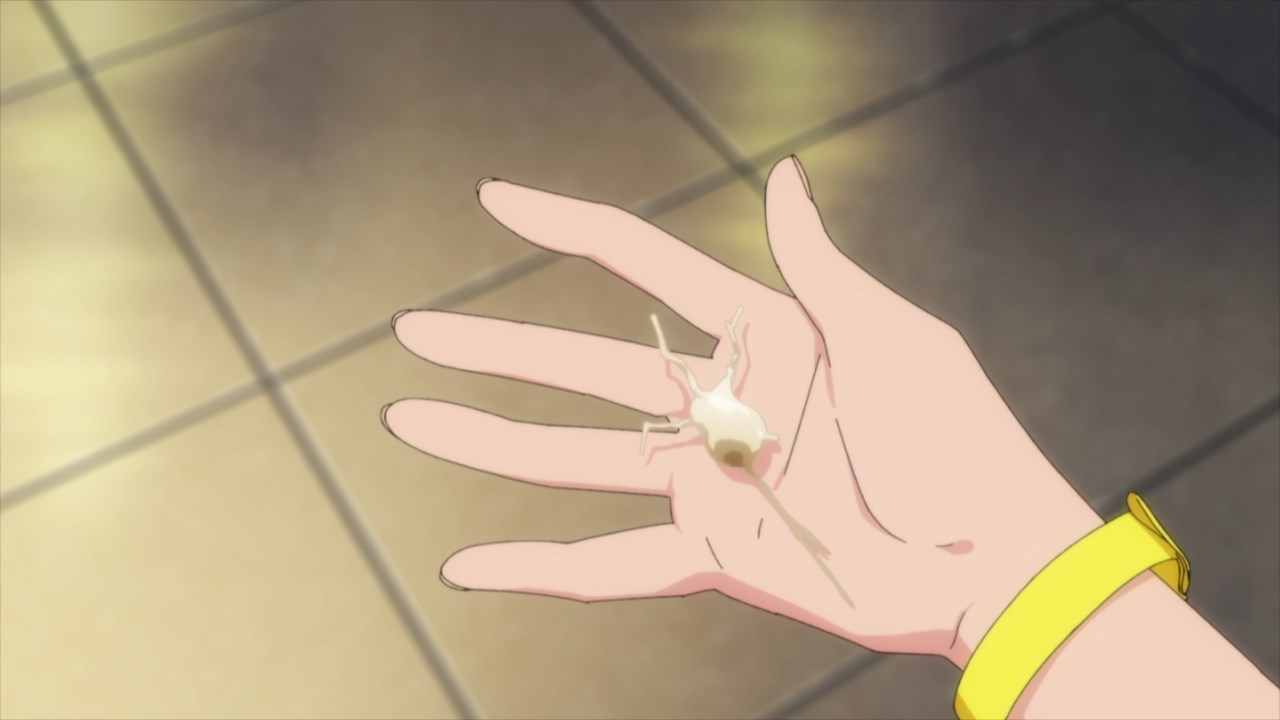 Oh yeah, Chise is holding a strange item which I was wondering if this is related to the kaiju or something else?

While we’ll never know what the item is, I’m hoping that it won’t cause any harm to Chise and her friends. 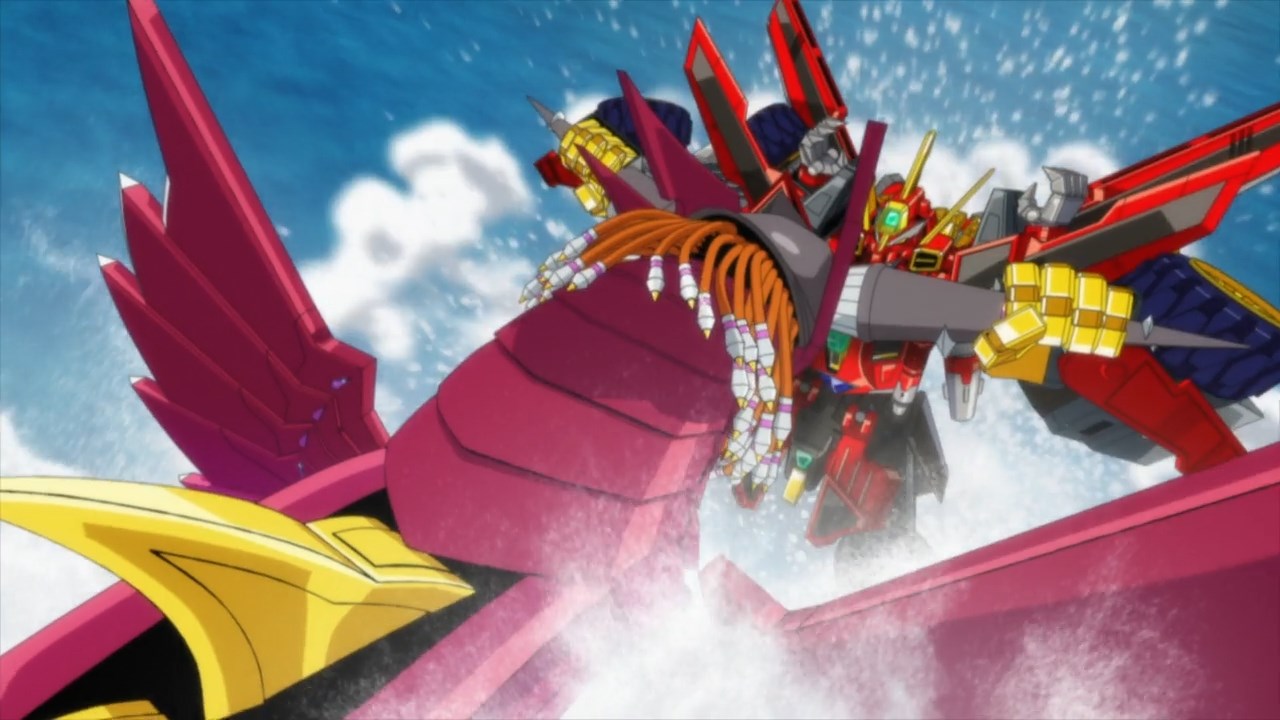 For now, it’s Round 2 between Bullbind and Dynazenon, although Gauma and his friends are at a disadvantage. 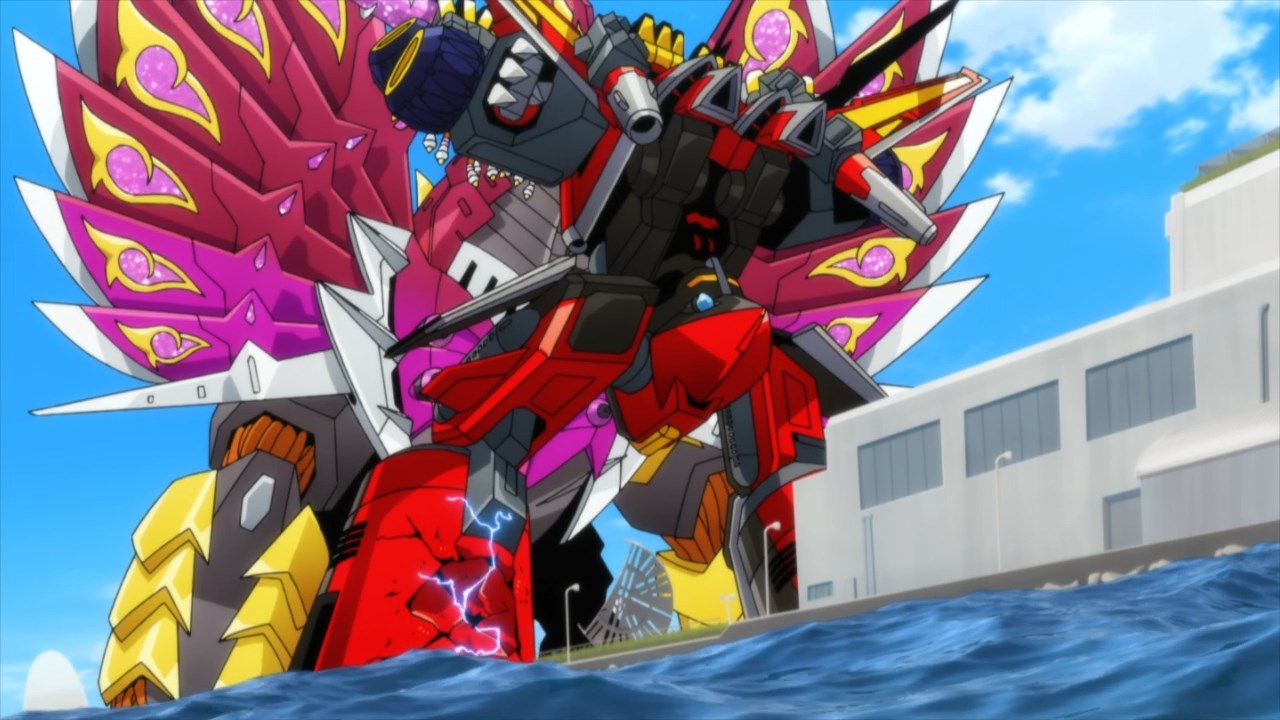 You see, Dynazenon’s left leg is damaged from the previous battle, meaning that the robot will be destroyed by the kaiju. 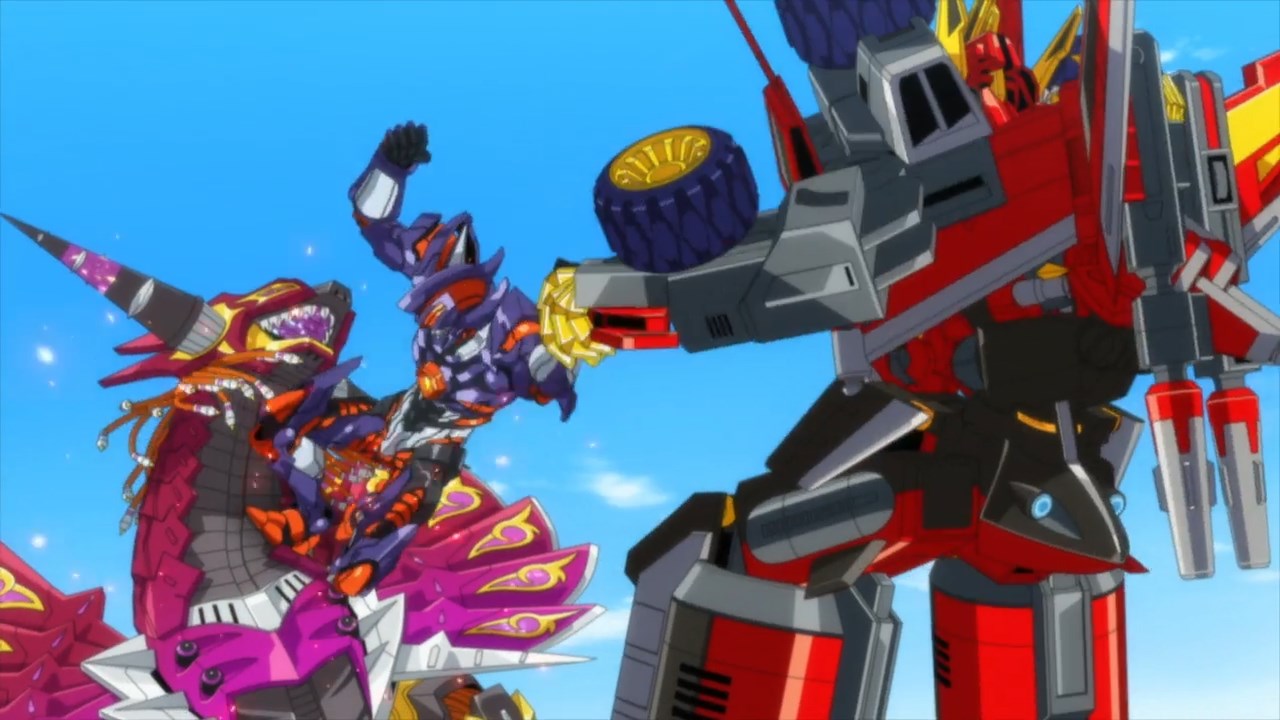 Fortunately, there’s Gridknight in which the hyper agent can’t let this ragtag team die at the hands of Bullbind. 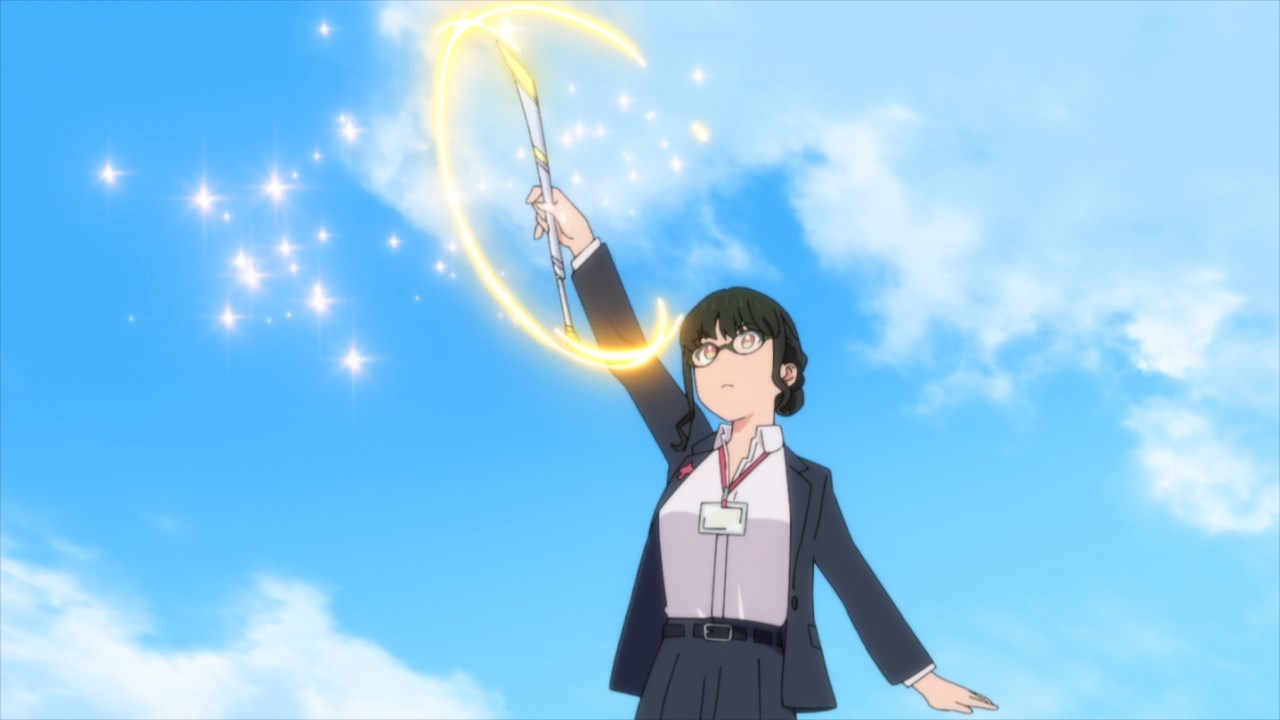 Also, here’s Second where she’s about to fix Dynazenon’s left leg with her wand. 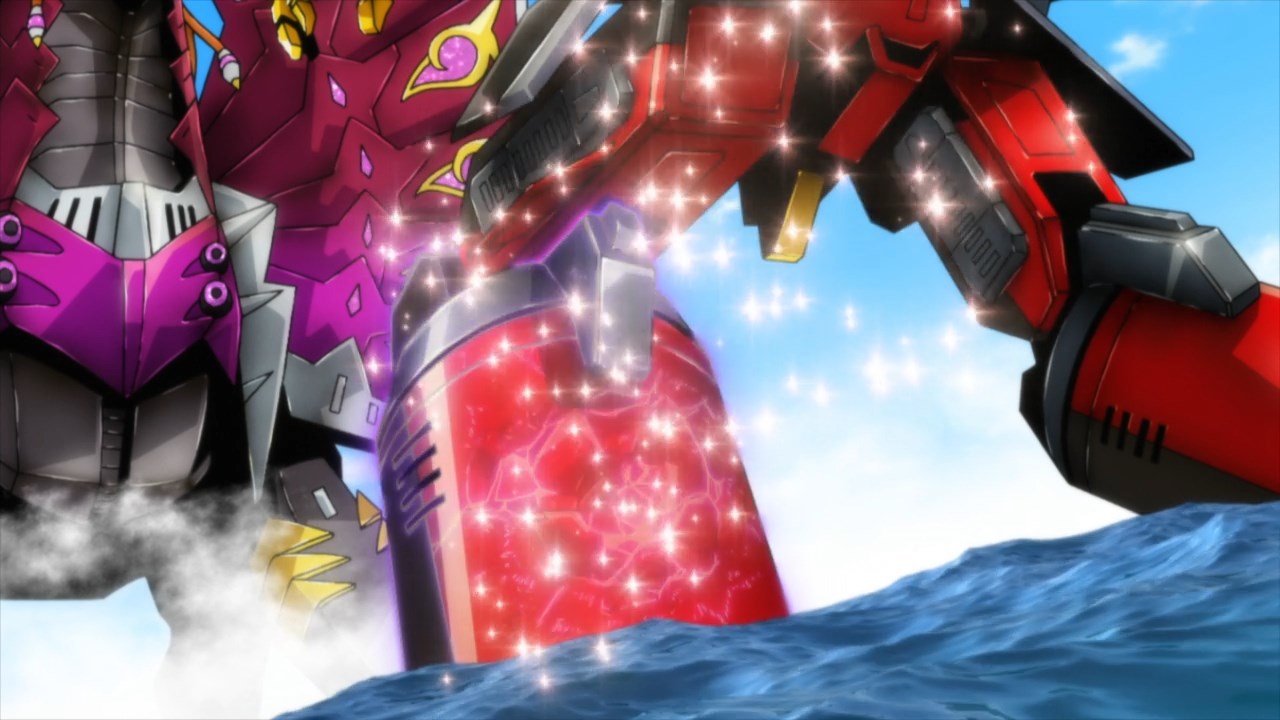 Well, what Anosillus did was she used Fixer Beam to fix Dynazenon’s leg. 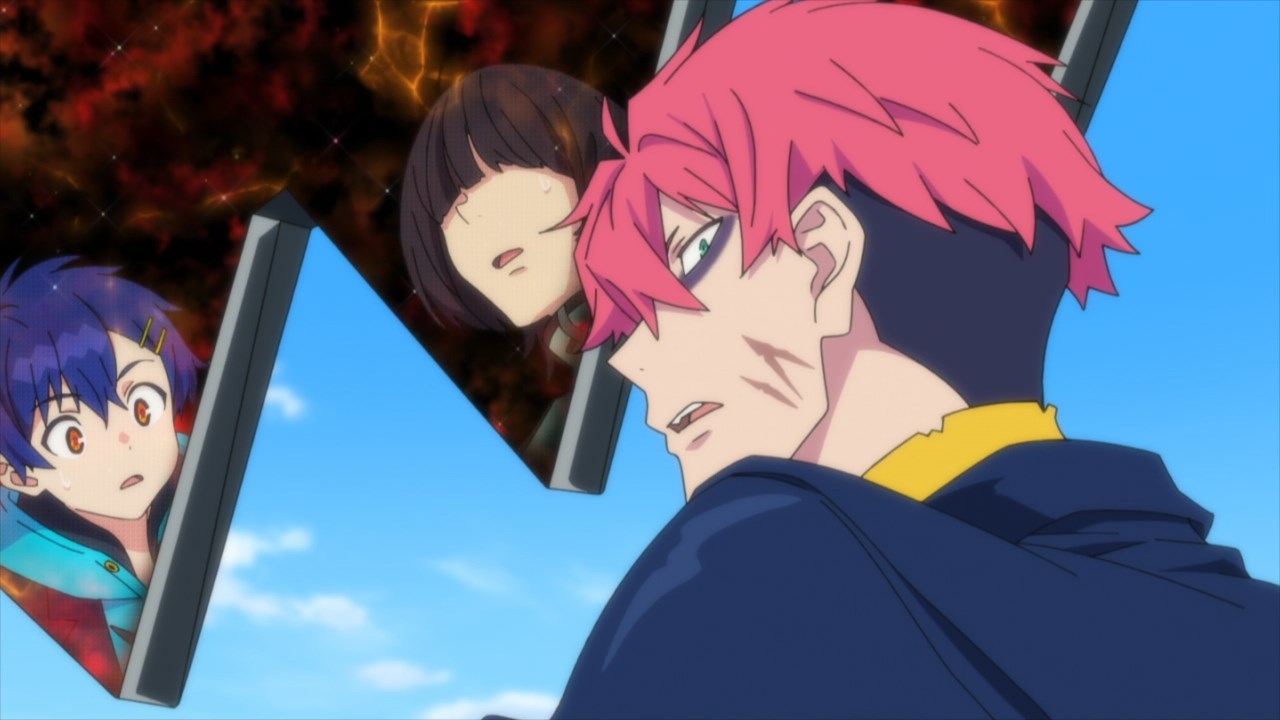 Heck, even Gauma and the rest are surprised that both Knight and Second are actually allies rather than rivals. 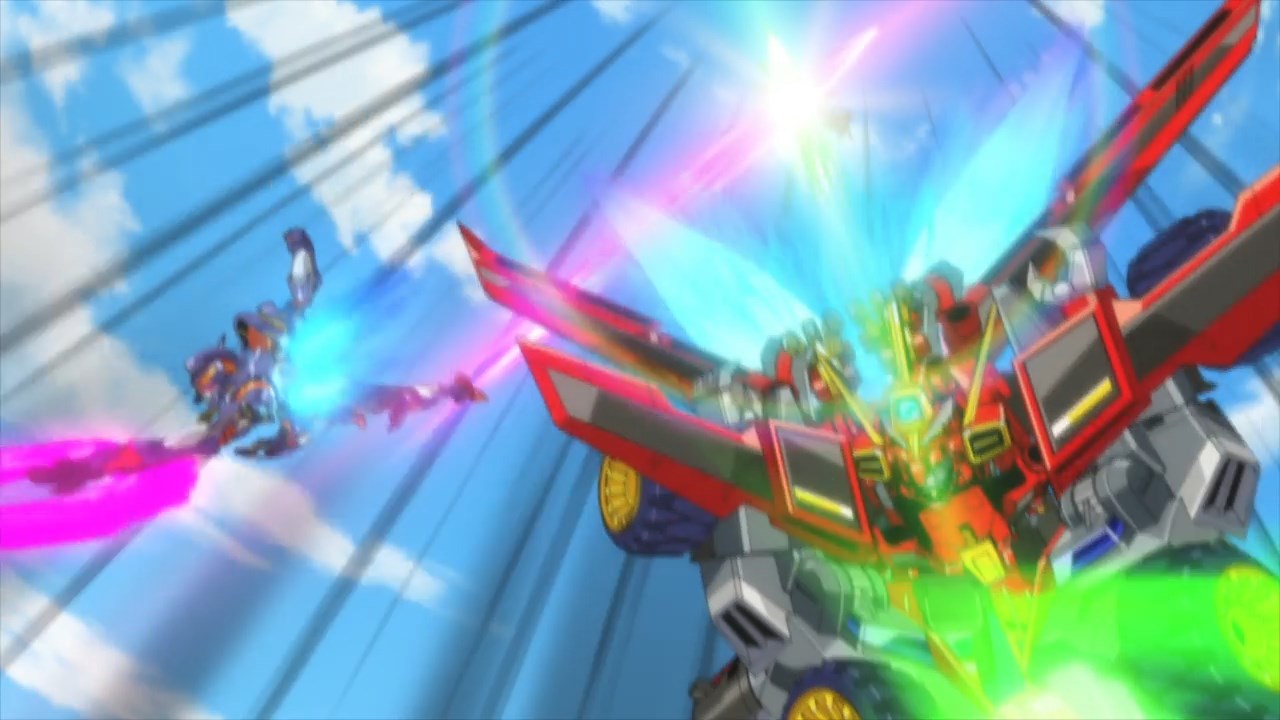 Of course, Gridknight is a seasoned veteran where he and Second saved worlds from kaiju threats. This means that Gauma and the rest will need to level up their game. 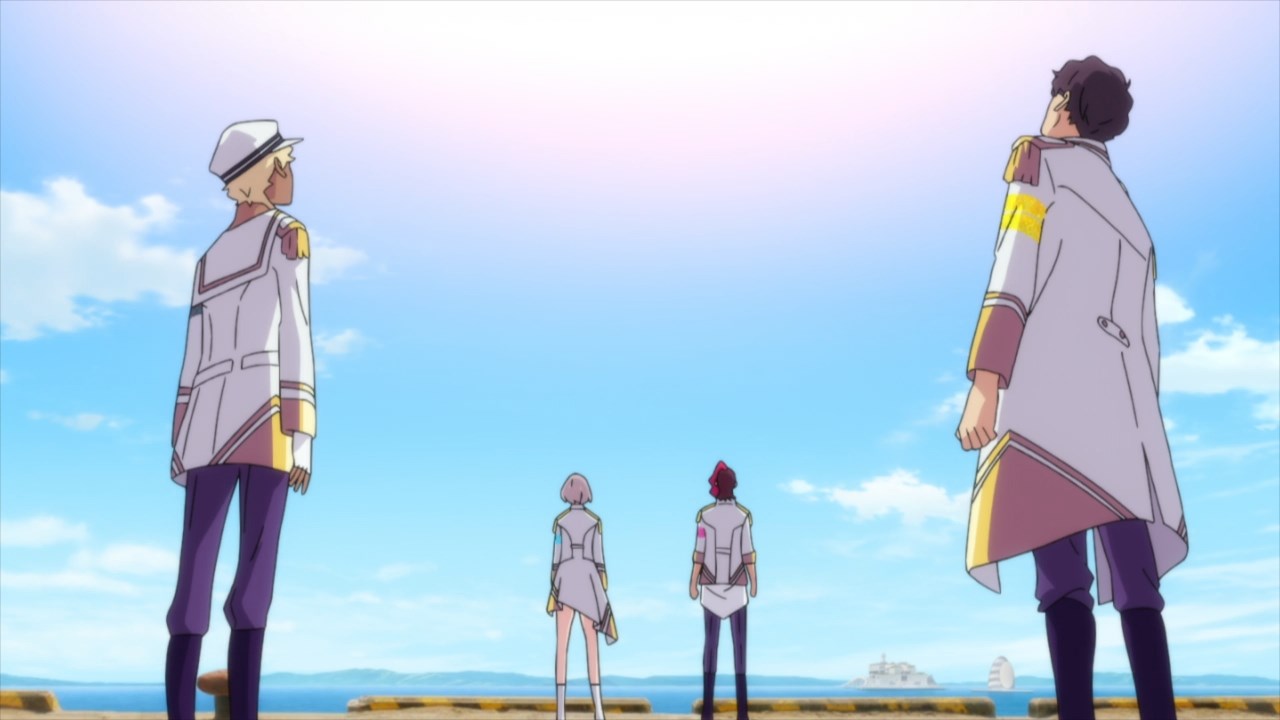 As for the Kaiju Eugenicists, looks like they’re gonna combine their powers to control powerful kaijus, which is a bad thing as they’re planning to crush humanity. 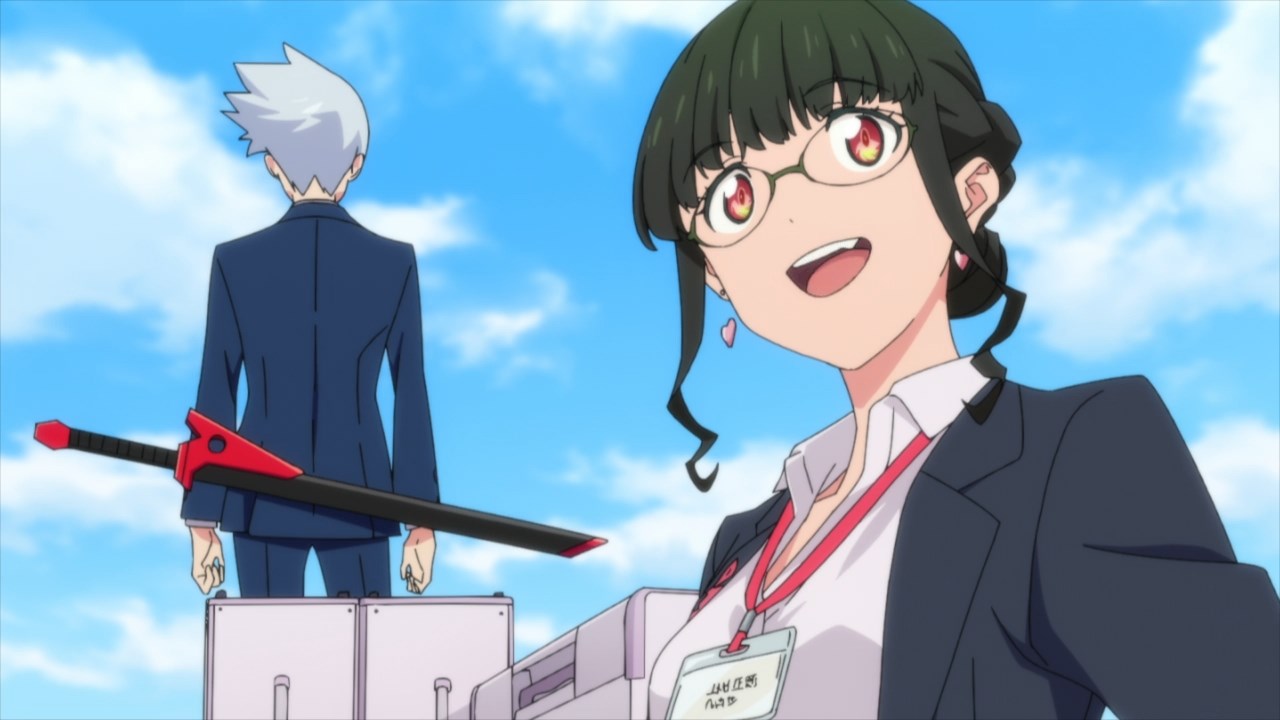 For now, it’s time for Knight and Second to take their leave. Of course, they’ll be back when things went sour for Gauma and his friends. 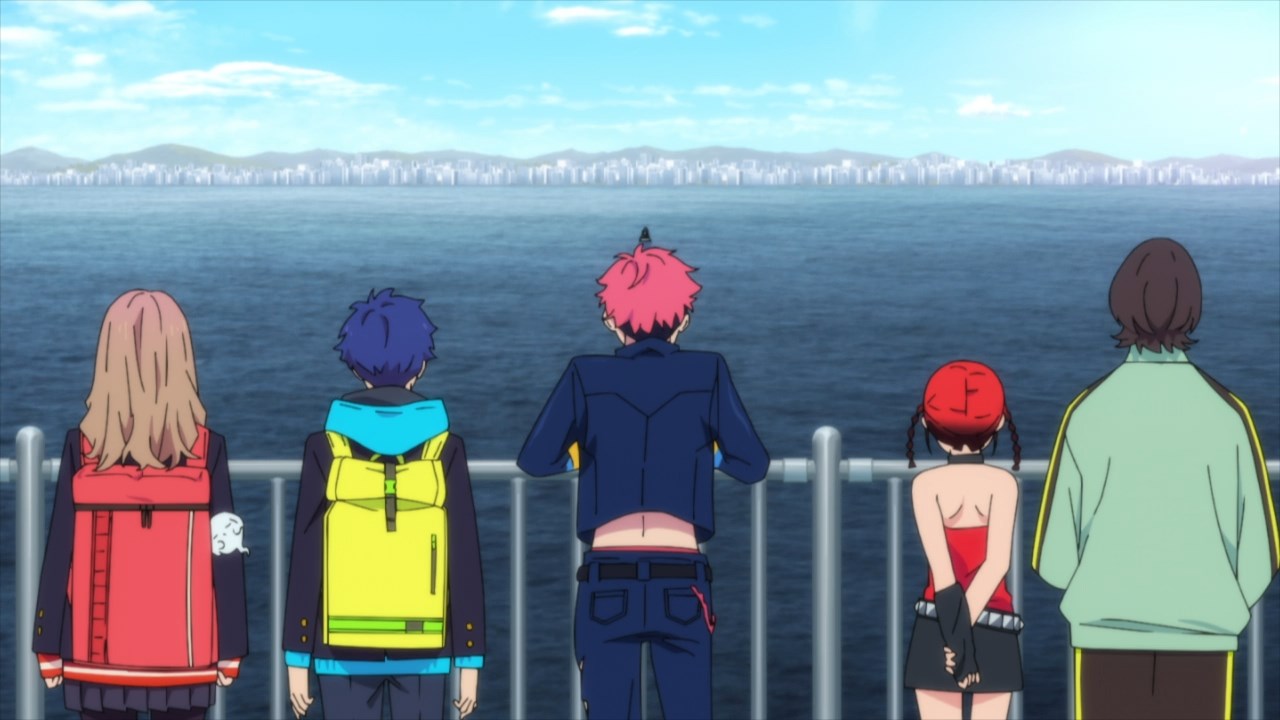 Seriously though, I’m glad that Anti or should I say Knight went from being a punk into a classy man with a mission. Well, it’s all thanks to Anosillus the Second for assisting him.

Now then, I feel that next week will continue searching for answers regarding Kano Minami’s death as Yume plans to find Futaba Senda and confirm on whether bullying is involved or not.