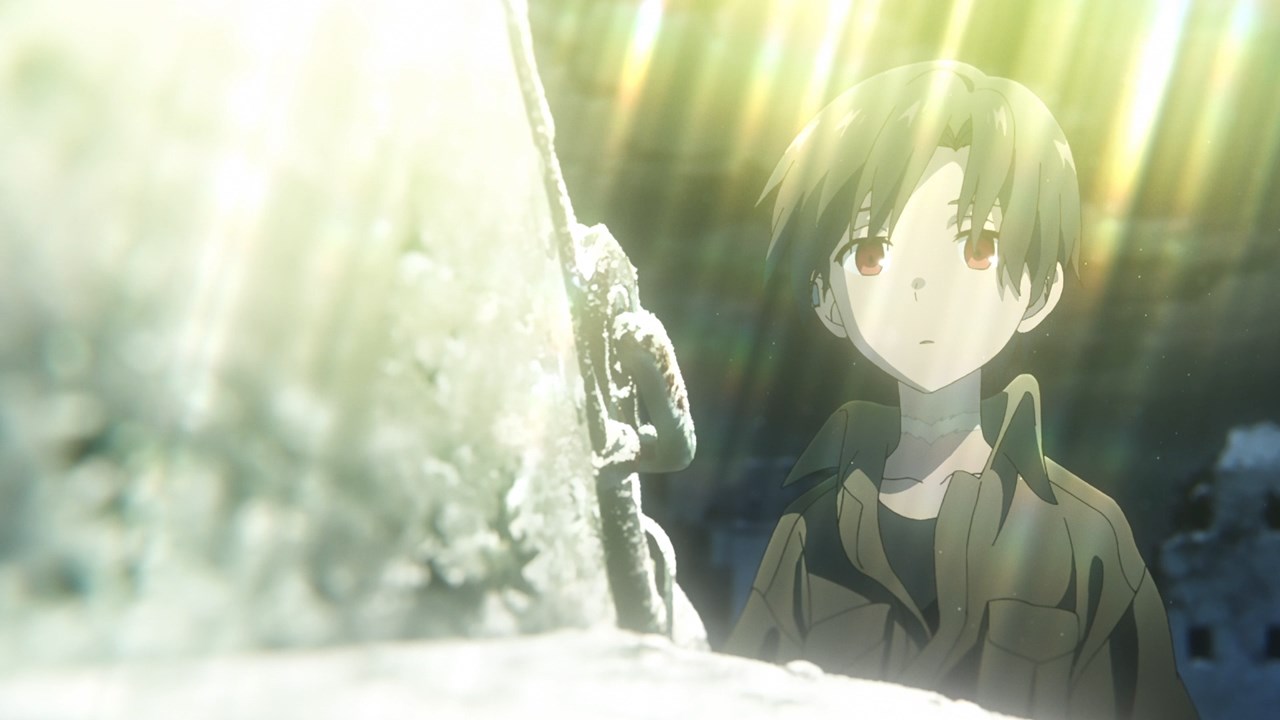 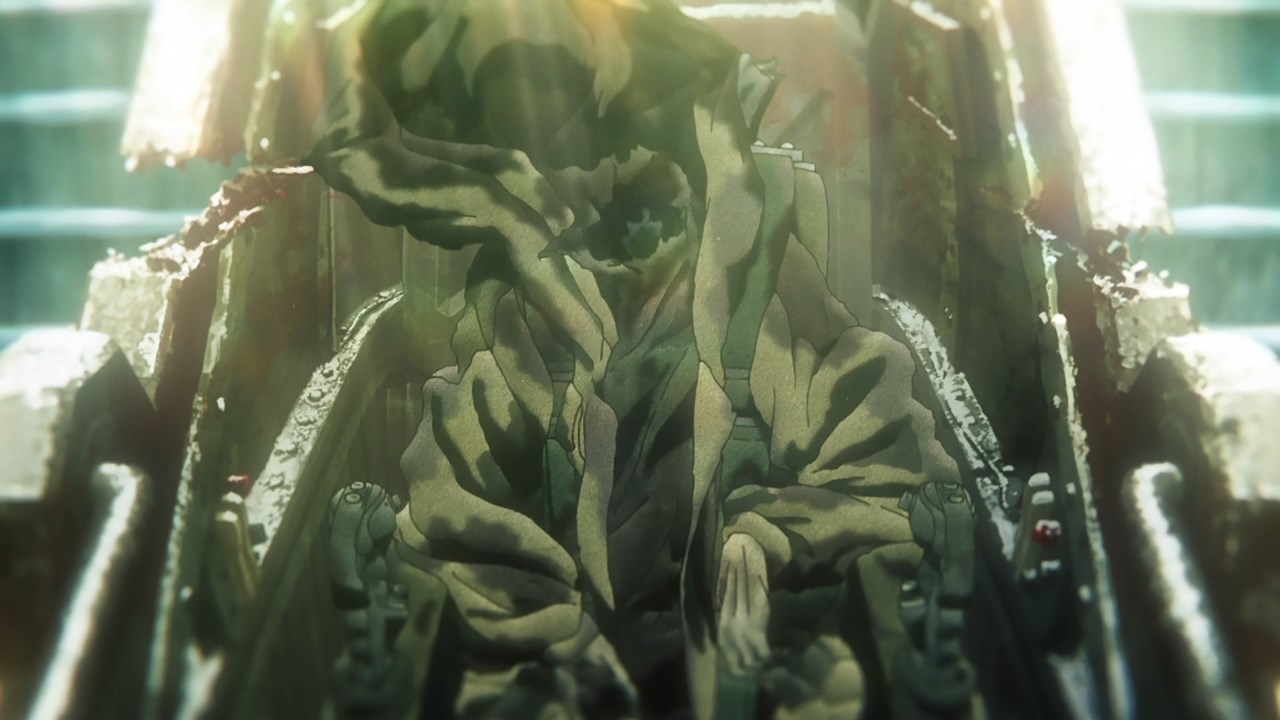 Not only that, but this Juggernaut contained a dead soldier whose head went missing. This is the most creepiest thing ever. 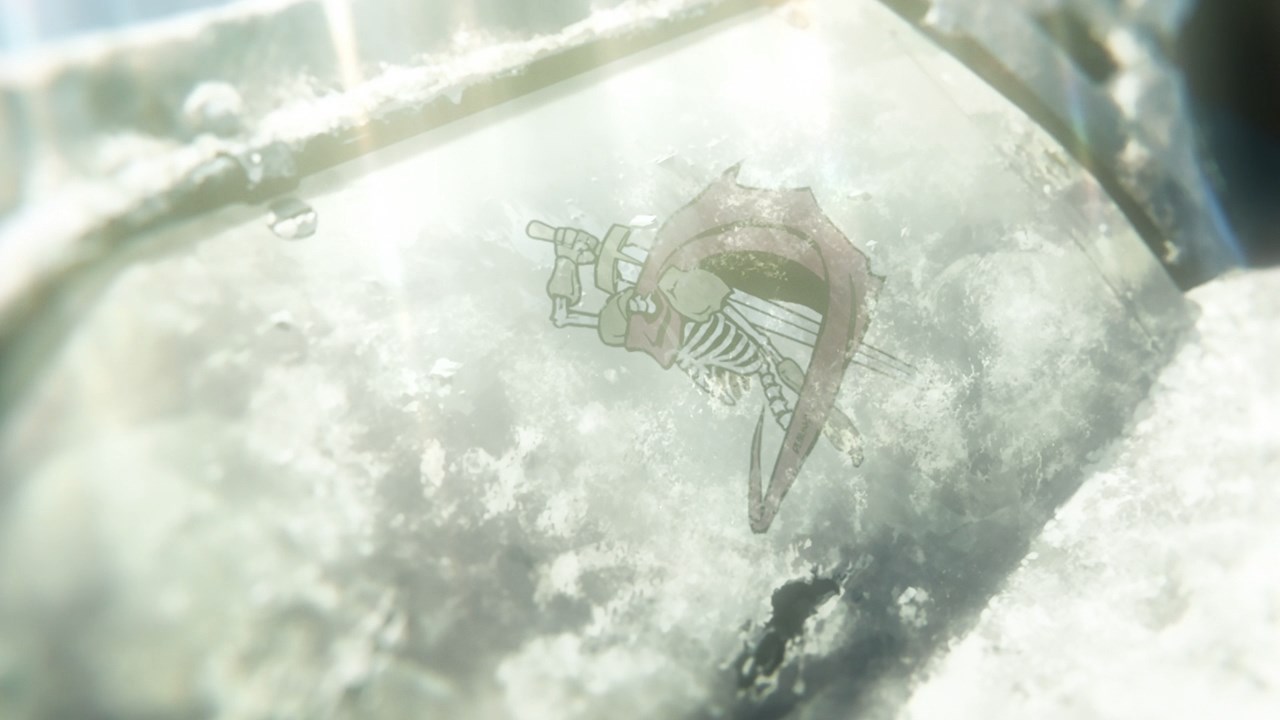 But the most ironic thing is that the emblem on the wrecked Juggernaut contains a headless skeleton knight. This is how Shinei Nouzen became the Undertaker in which he took the emblem as his own.

Of course, there’s more story regarding the emblem as it belonged to Shourei Nouzen, meaning that Shinei inherited his brother’s emblem. 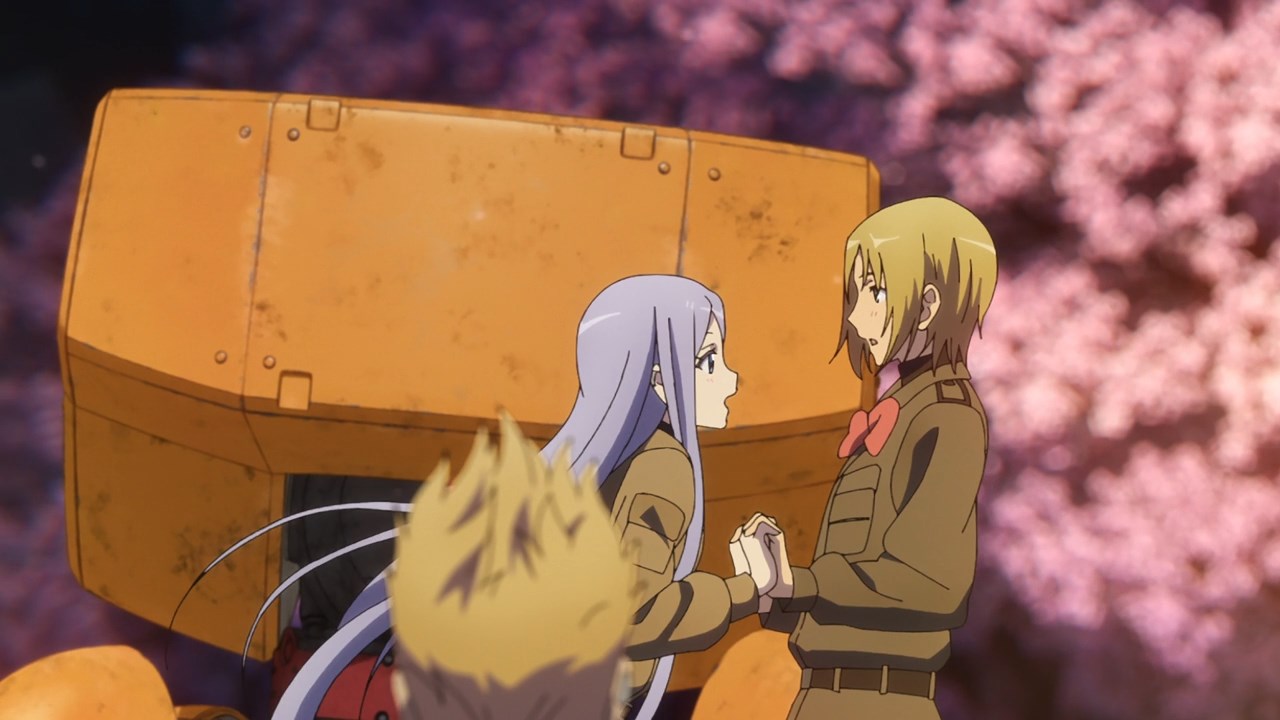 Now let’s move onto Stellar Year 2148 and we’re still watching a flashback where we have the Spearhead Squadron having a cherry blossom viewing party… in the middle of a battlefield.

Oh yeah, here’s both Daiya Irma and Anju Emma where they having a fun time. Man, I wish these peaceful times will last forever. 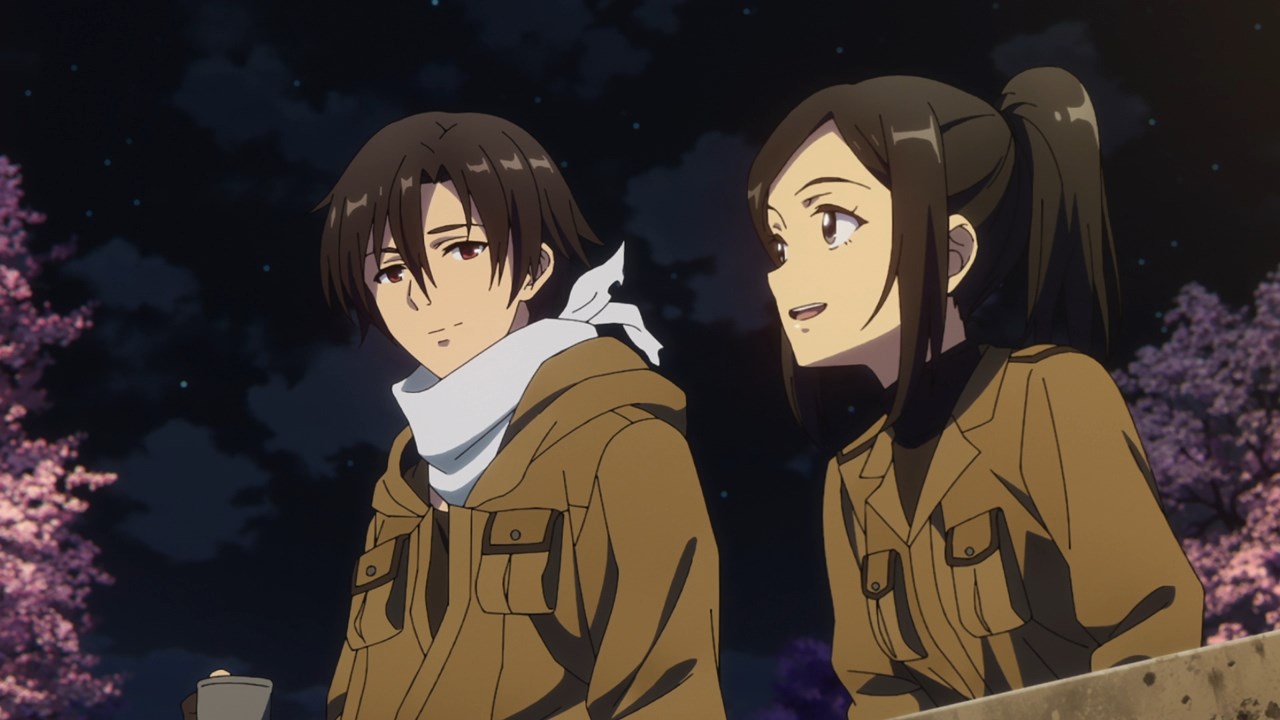 Even Kaie Taniya agreed as she wants to last this moment for a very long time. Unfortunately, reality bites harder a few months later when Niko Kujou and Kaie Taniya were killed in battle. 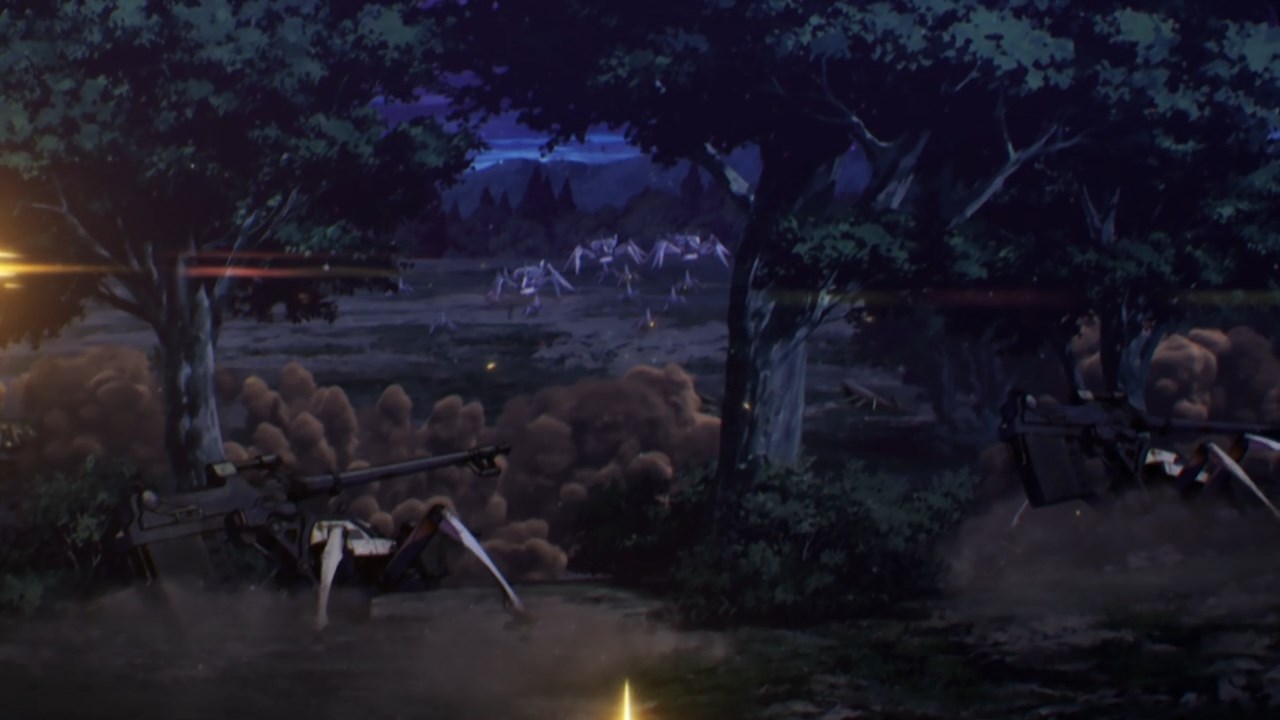 And it’s even worse when Giad forces are intensifying their offenses as they managed to counter the Spearhead Squadron’s tactics.

Basically, they can’t make an ambush when Skorpion-type Legions bombard the area, leaving those Juggernauts nowhere to hide. 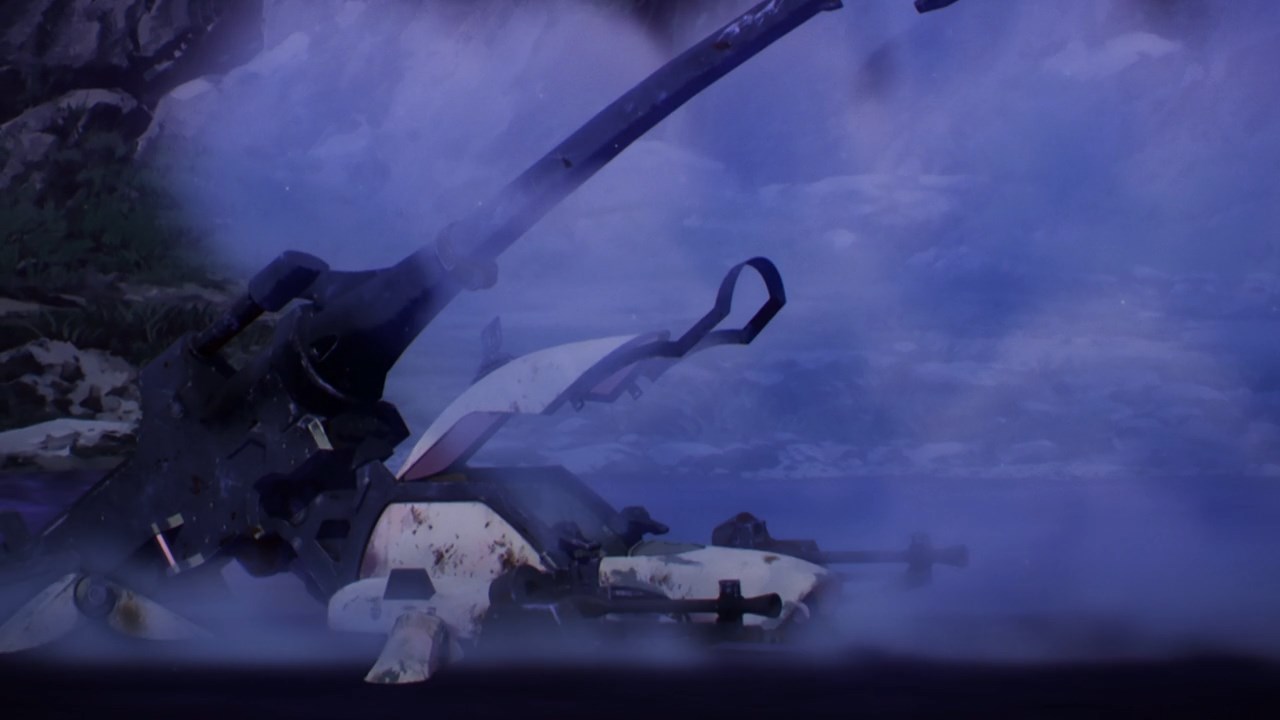 Unfortunately, one of their comrades named Lecca “Burnt Tail” Rin got struck by a shrapnel in which her Juggernaut went flying towards the shallow river. 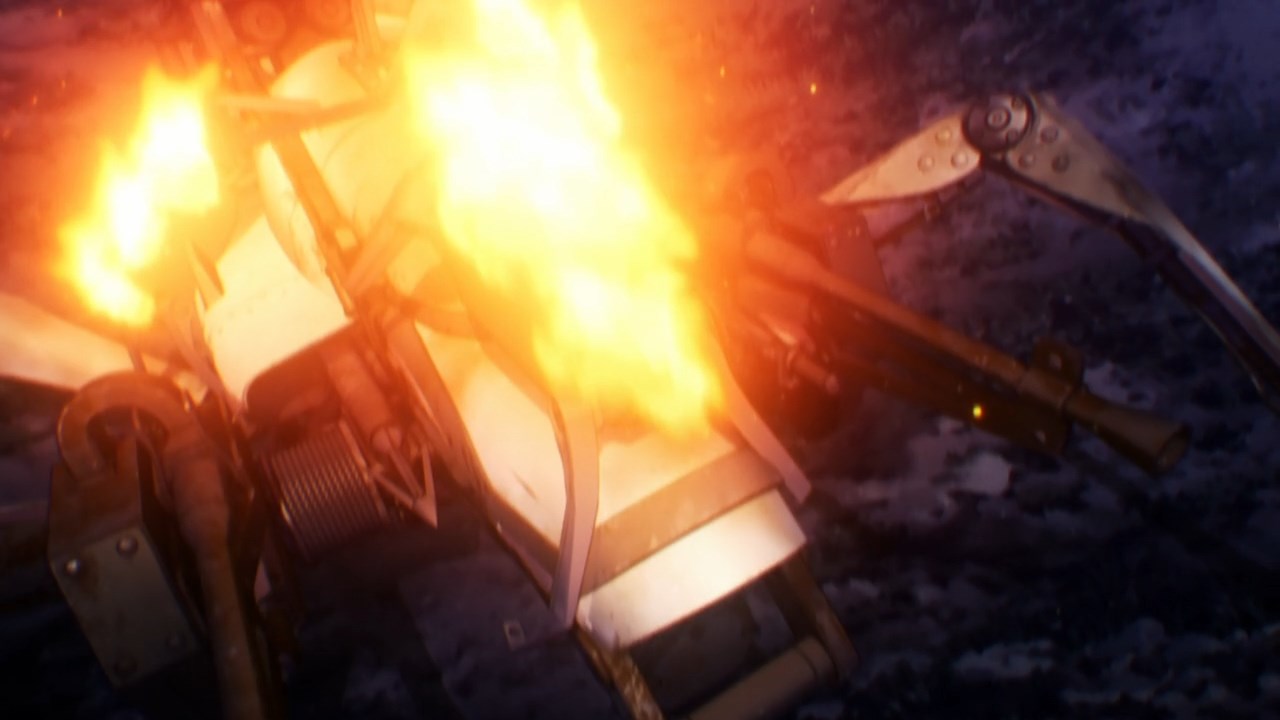 With that said, Daiya “Black Dog” Irma went to the river to save Burnt Tail’s life, but he was surrounded by Self-Propelled Mines which are humanoid-shaped bombs. 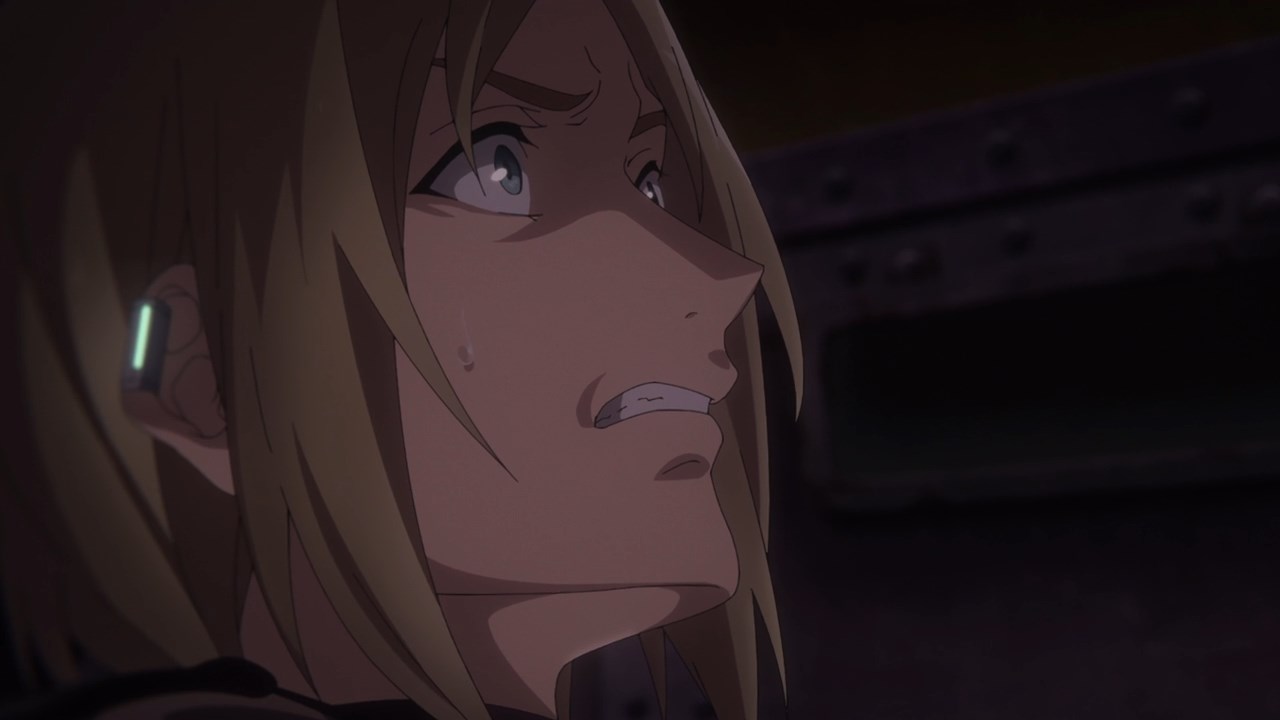 For Black Dog, he’s really much screwed as his Juggernaut has no protection against high explosives. 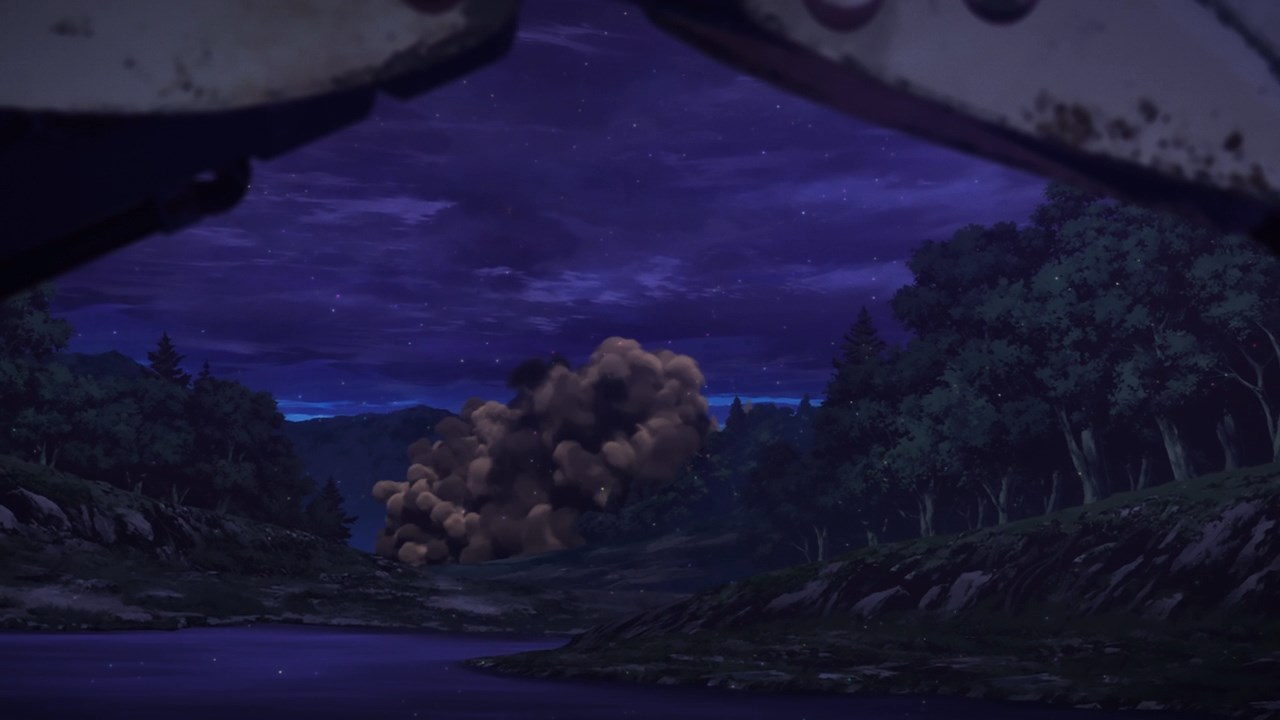 And so, Daiya Irma got mortally-wounded thanks to those Self-Propelled Mines. But what about Lecca “Burnt Tail” Rin? 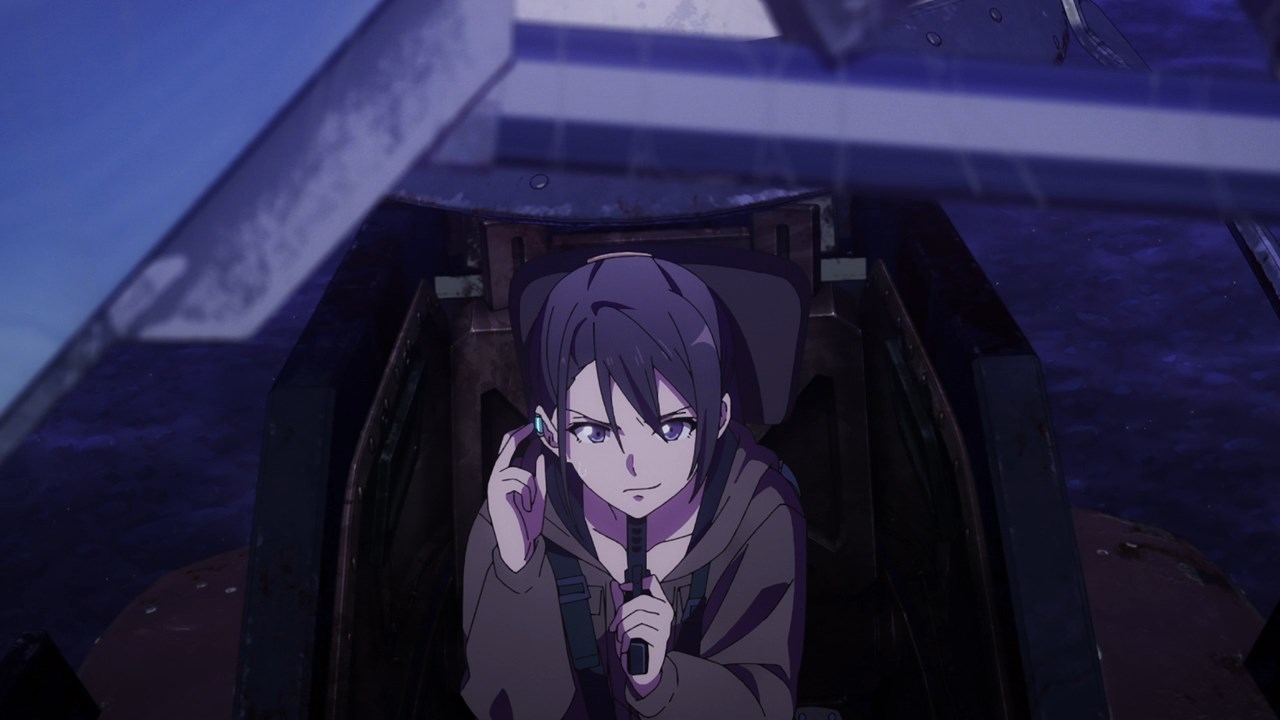 Well, she decides to put a bullet on her brain so that Giad’s Legions won’t harvest it. Better to die than having her brain being used by the enemy. 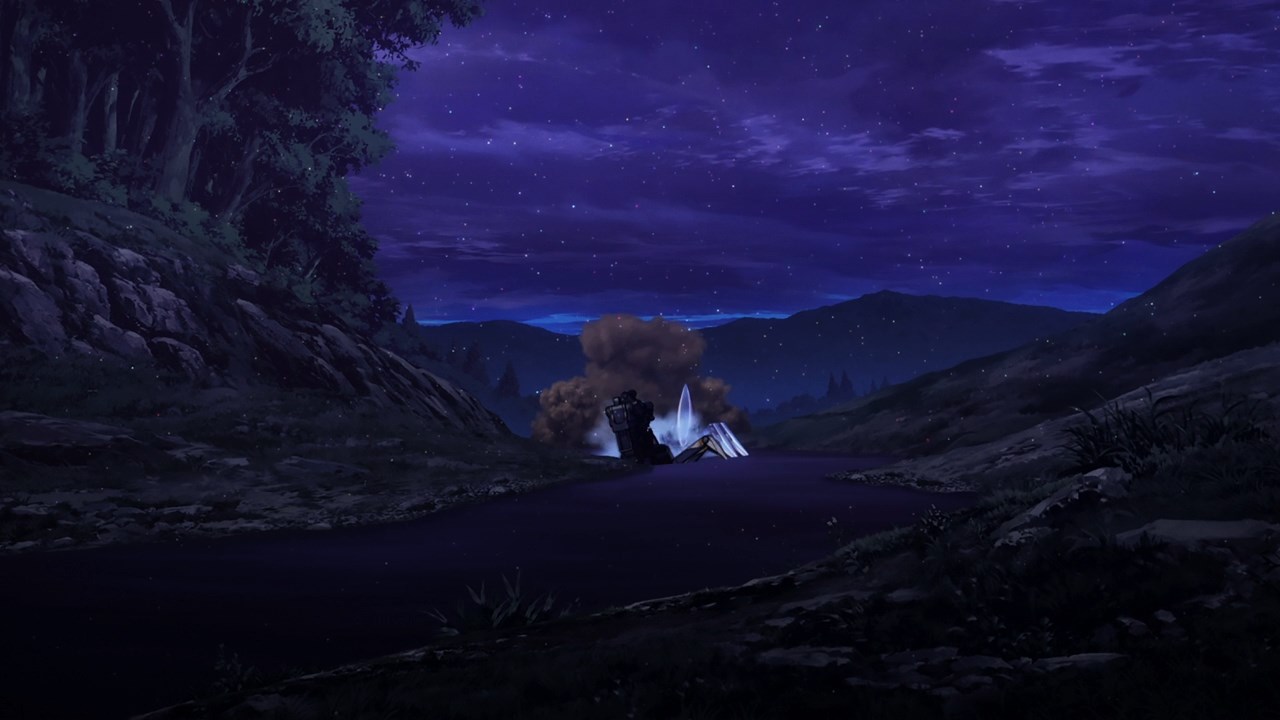 Anyways, Burnt Tail committed suicide, meaning that there’s 2 casualties in the Spearhead Squadron. Well, Daiya Irma is in critical condition thanks to the Self-Propelled Mines. 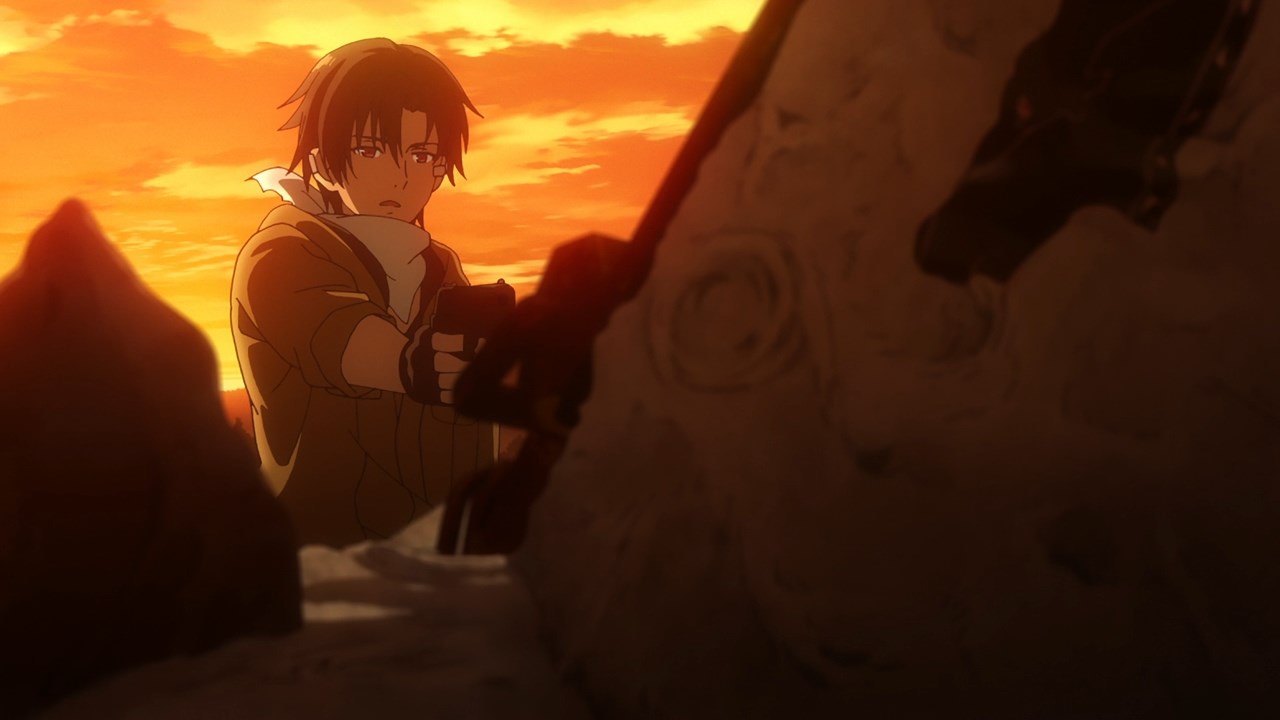 Of course, Daiya will meet the same fate as Niko as Shinei Nouzen will put a bullet onto Black Dog’s head. If only there’s a way to let these soldiers live rather than performing a mercy kill. 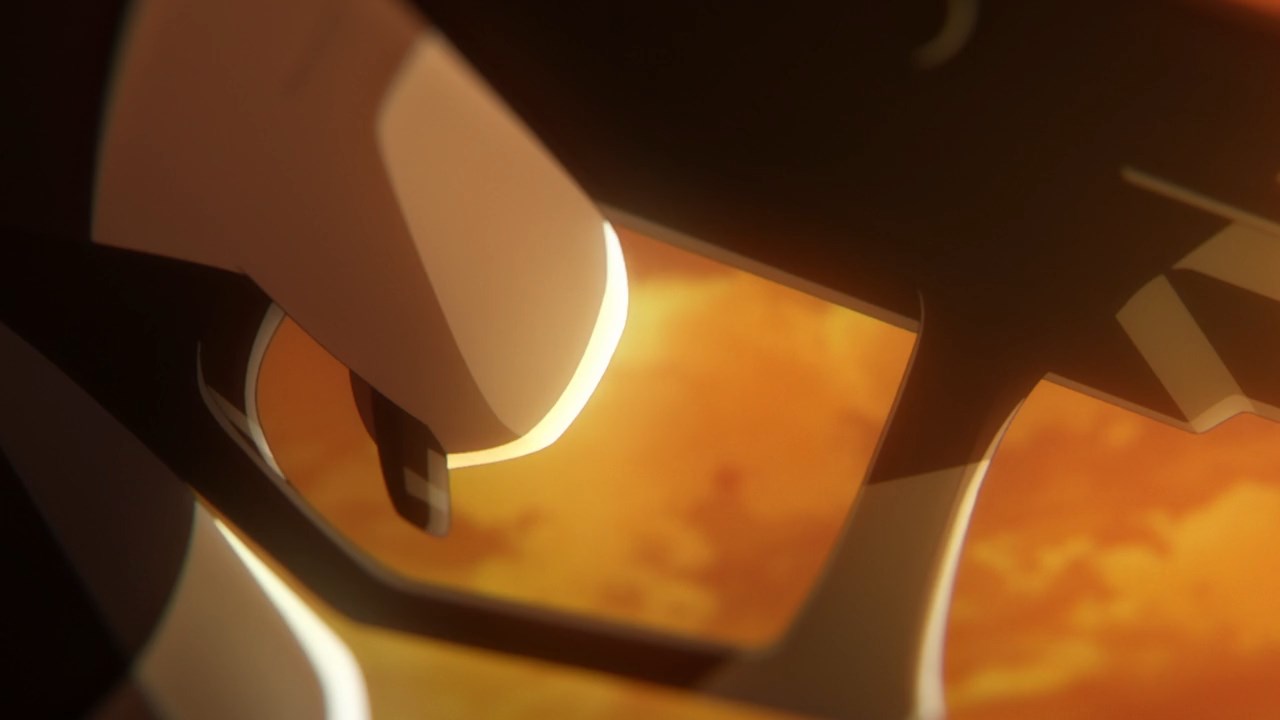 But yes, Daiya Irma is dead and now it’s up to Shinei Nouzen to carve out the skin from Black Dog’s Juggernaut as well as Burnt Tail. 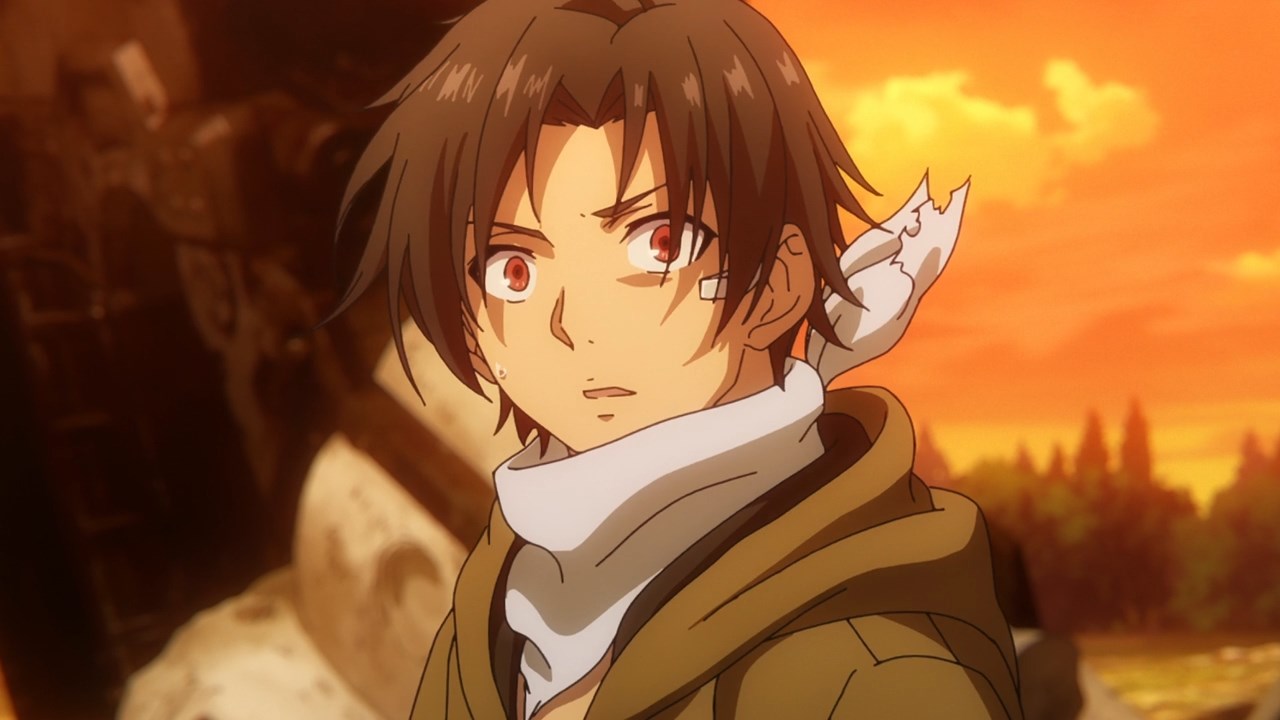 But just as he’s about to take Daiya’s emblem for keepsakes, Shin heard his brother’s voice and I have to say that Shourei is really angry. 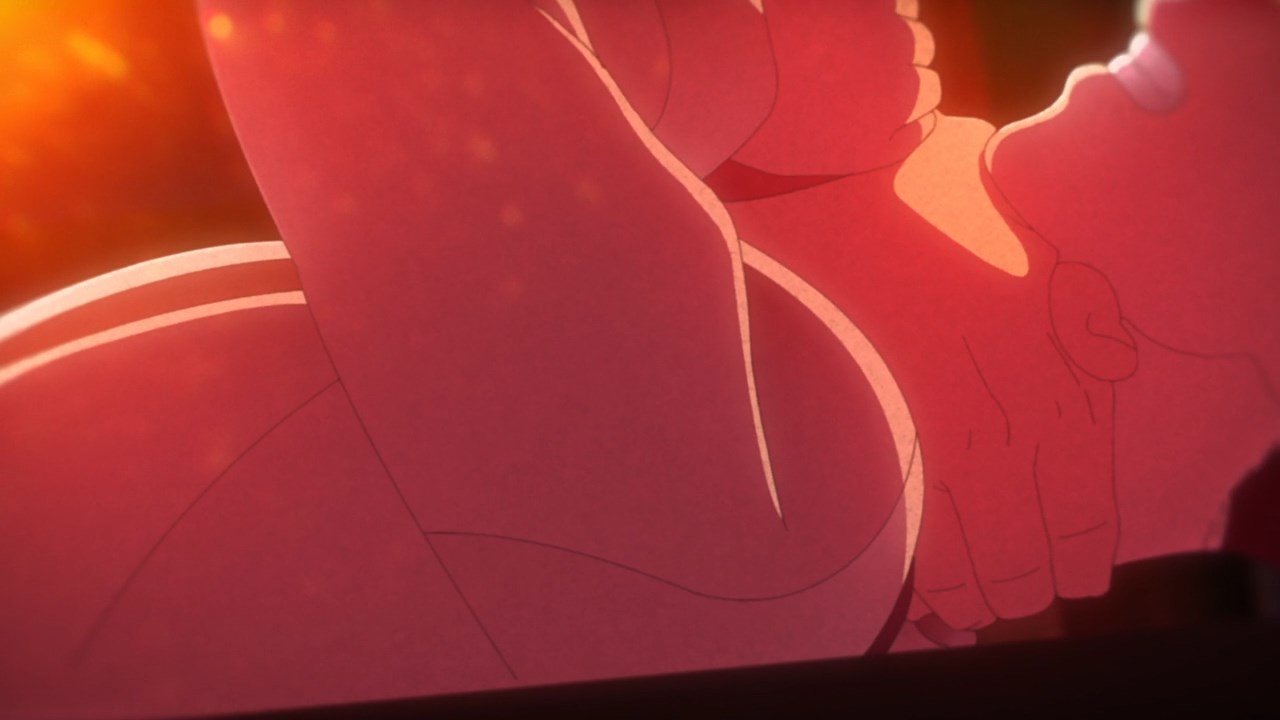 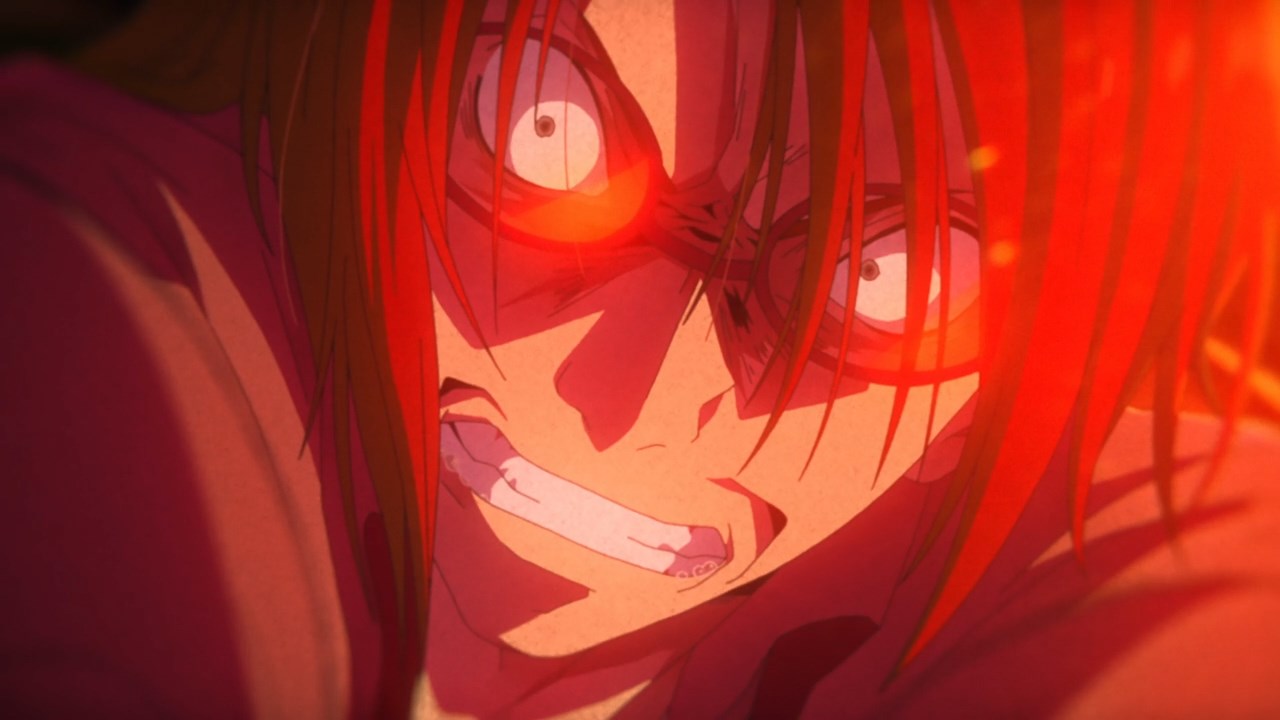 You see, Shourei Nouzen is really pissed that he blamed Shinei for leading their parents to their deaths. Yeah, it appears that their sibling bond has eroded now that they become soldiers in an unwinnable war.

Still, I wonder how did Shourei die? Did one of the Legions cut his head off? I guess I’ll never know the truth. 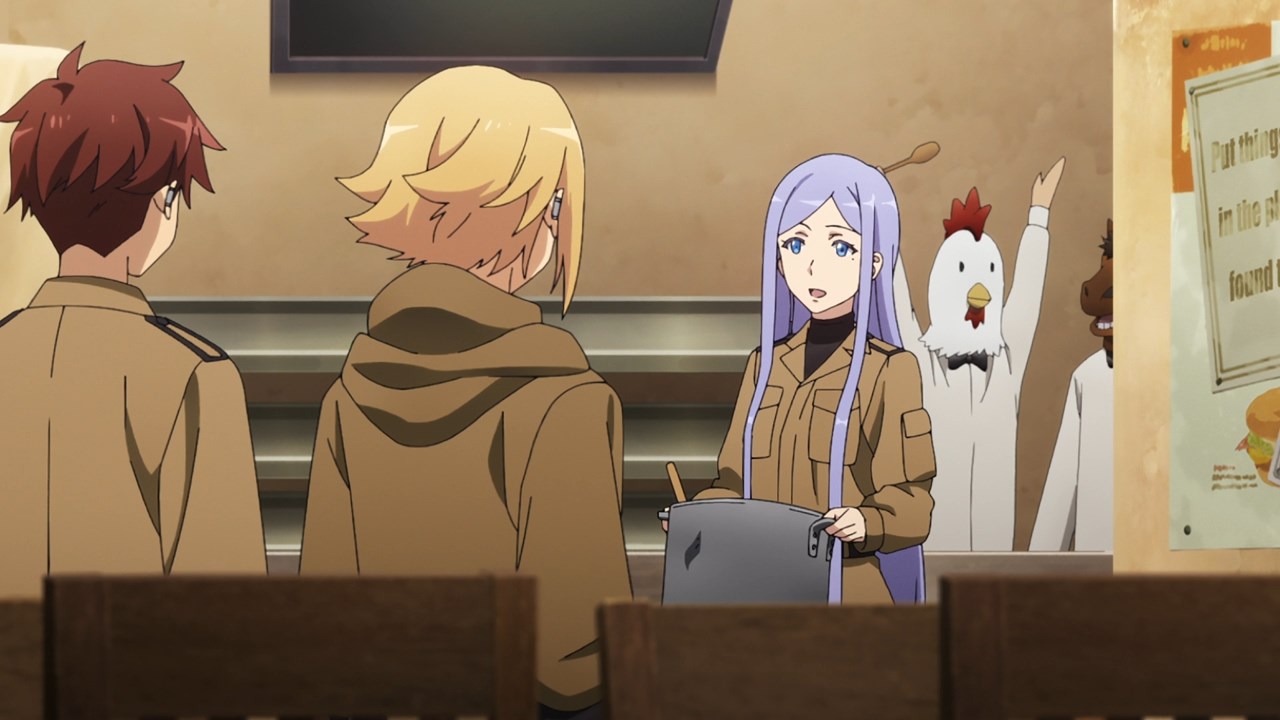 Moving onto Anju Emma where she’s about to clean the dishes to clear her mind from the last battle. 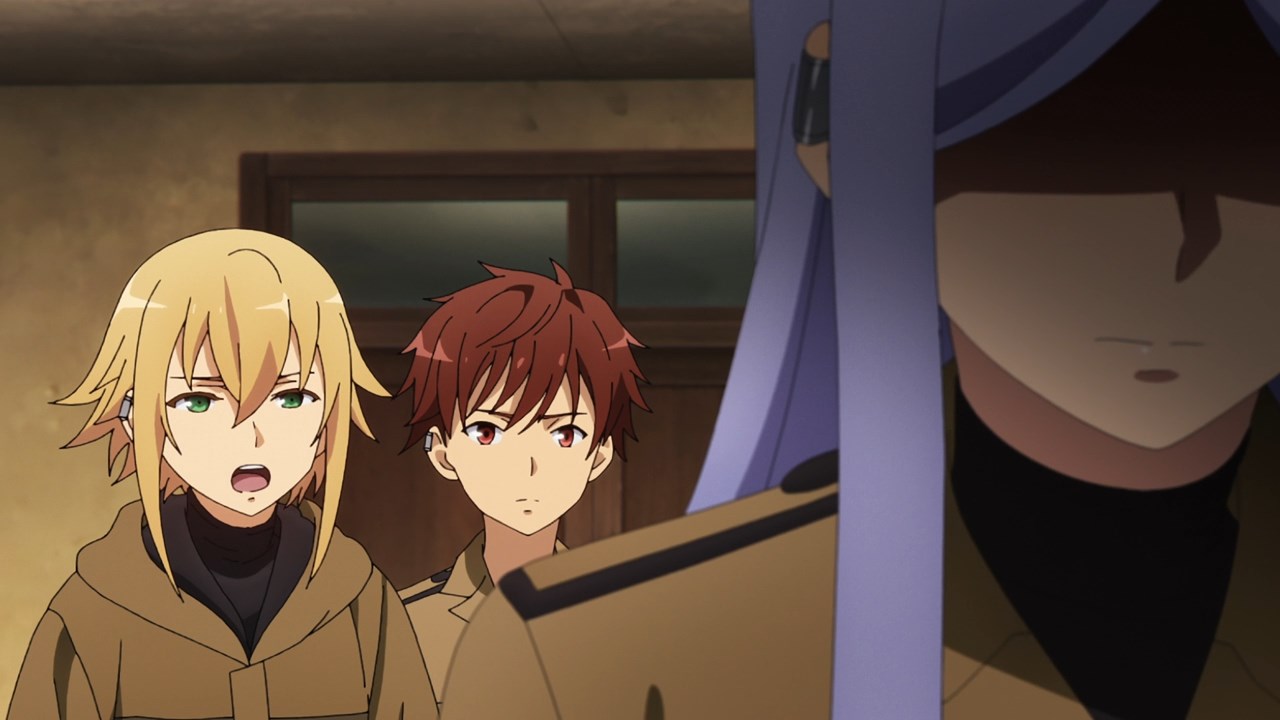 Of course, both Hart Keets and Theoto Rikka are worried that despite putting a smile on her face, Anju Emma is not okay.

In fact, she really love Daiya so much that it’s sucks that Anju didn’t bid a proper farewell to him. 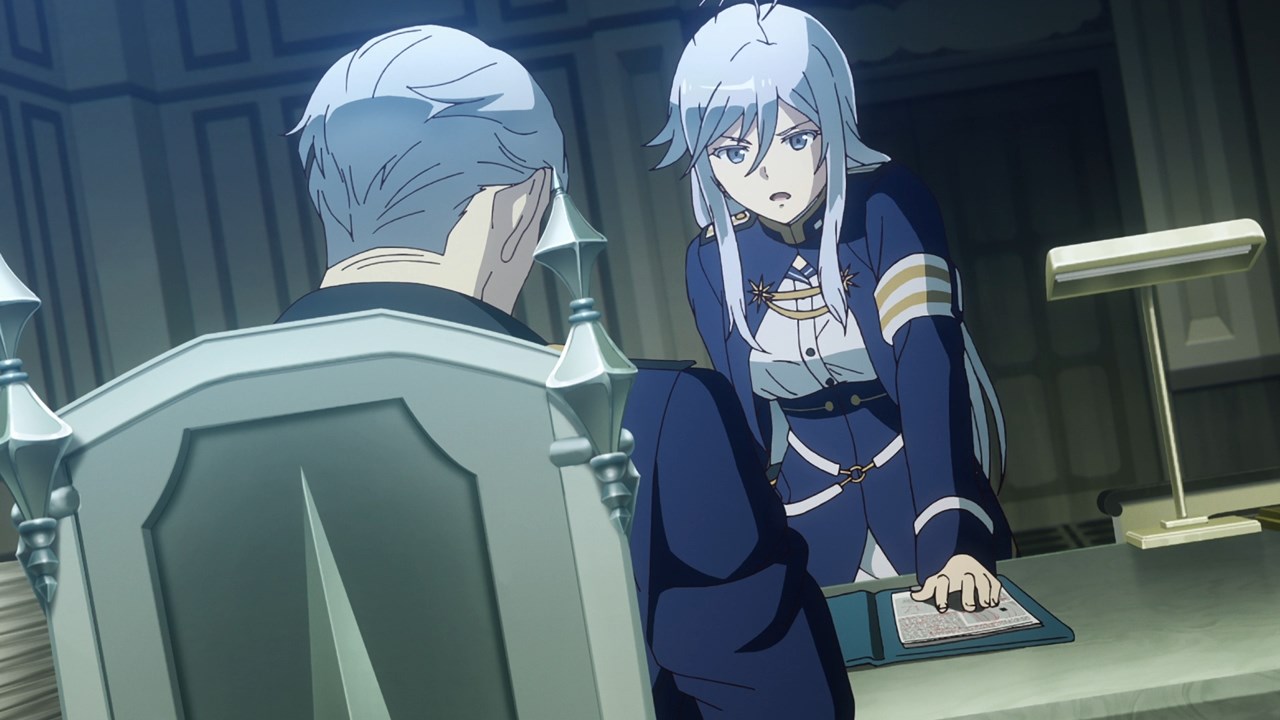 Now then, let’s move onto the next scene where Vladilena Milizé asked Jerome Karlstahl for assistance from the main San Magnolia military via their mortars.

Unfortunately, the commander told Major Milizé that it’s impossible as the mortars are too far from the frontlines. Furthermore, Jerome Karlstahl stated that San Magnolia won’t assist the Spearhead Squadron no matter what, which is why he told Lena Milizé not to defend the 86th District seriously, especially the Eighty-Sixes. 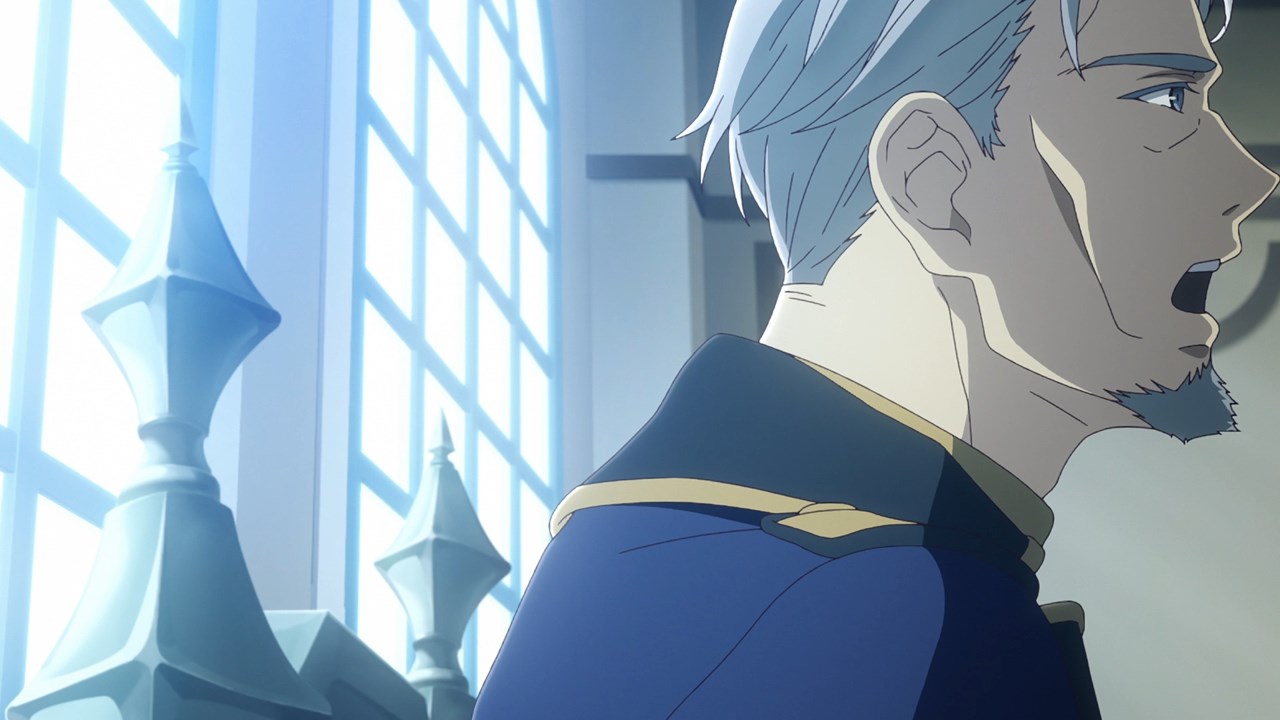 But to make matters worse, Jerome Karlstahl told the major that there’s a new mission for the Spearhead Squadron in which they’ll destroy a Legion base. Looks like the Undertaker and his comrades couldn’t catch a break despite losing two soldiers.

At this point, I fear that their next mission would be a disaster, but let’s not forget that San Magnolia don’t even care about losing Eighty-Six soldiers. Of course, the worst-case scenario will be the Albans being forced to fight and defend their homeland once Shinei and his allies are killed in action. 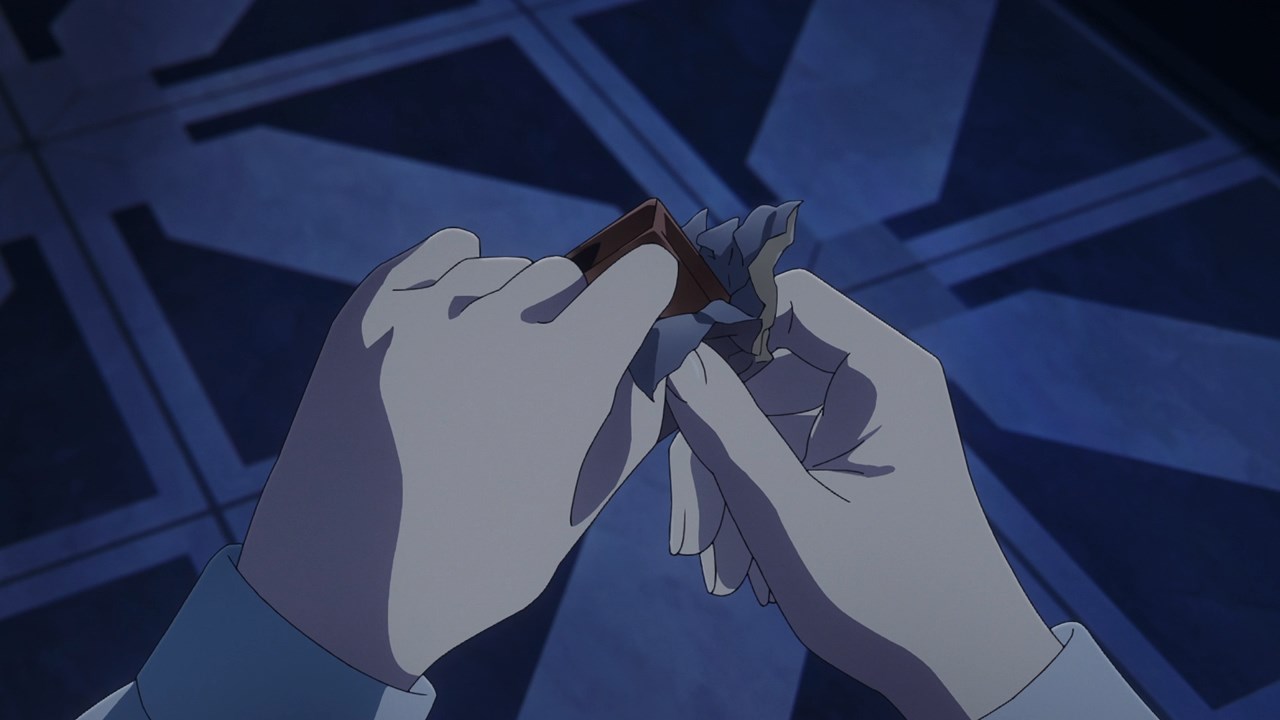 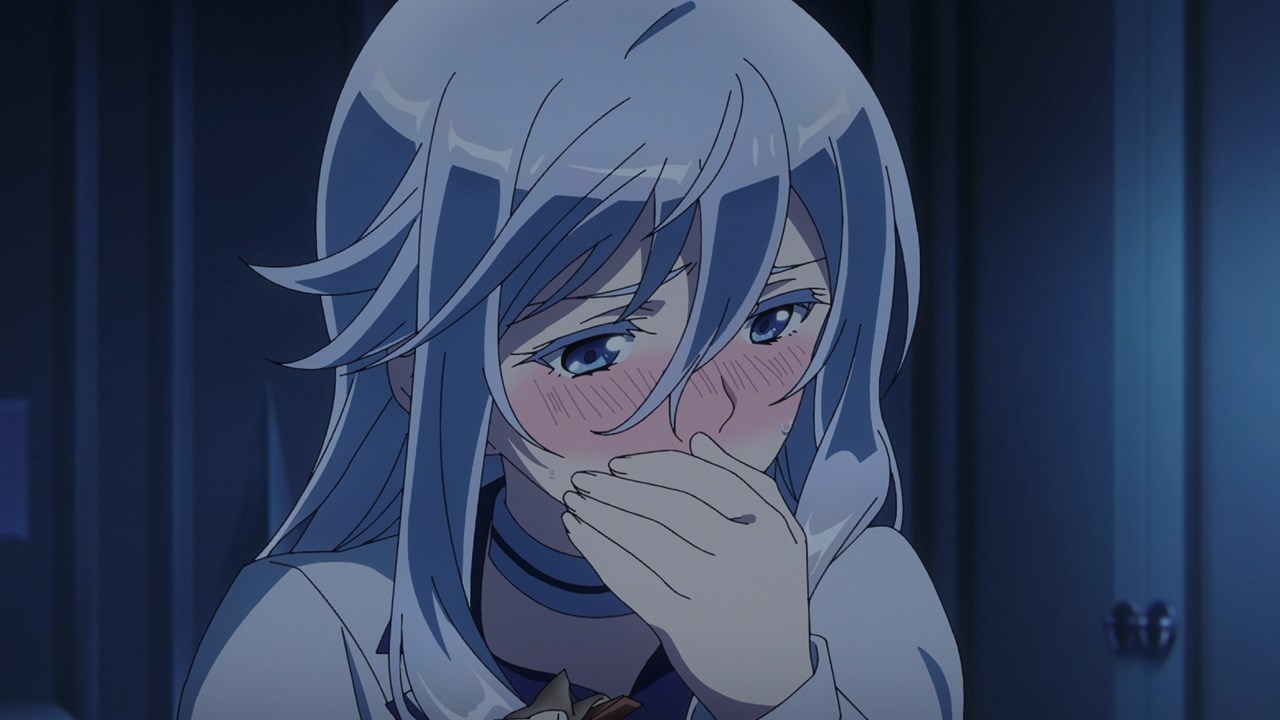 One last thing, it looks like Vladilena Milizé is blushing when eating chocolates. Turns out that Lena reminds her the time Shourei gave here a bar of chocolate during the rescue mission.

With that said, tune in next time and I have to say that things are looking grim at the front lines. Sooner or later, the Republic of San Magnolia will fall.