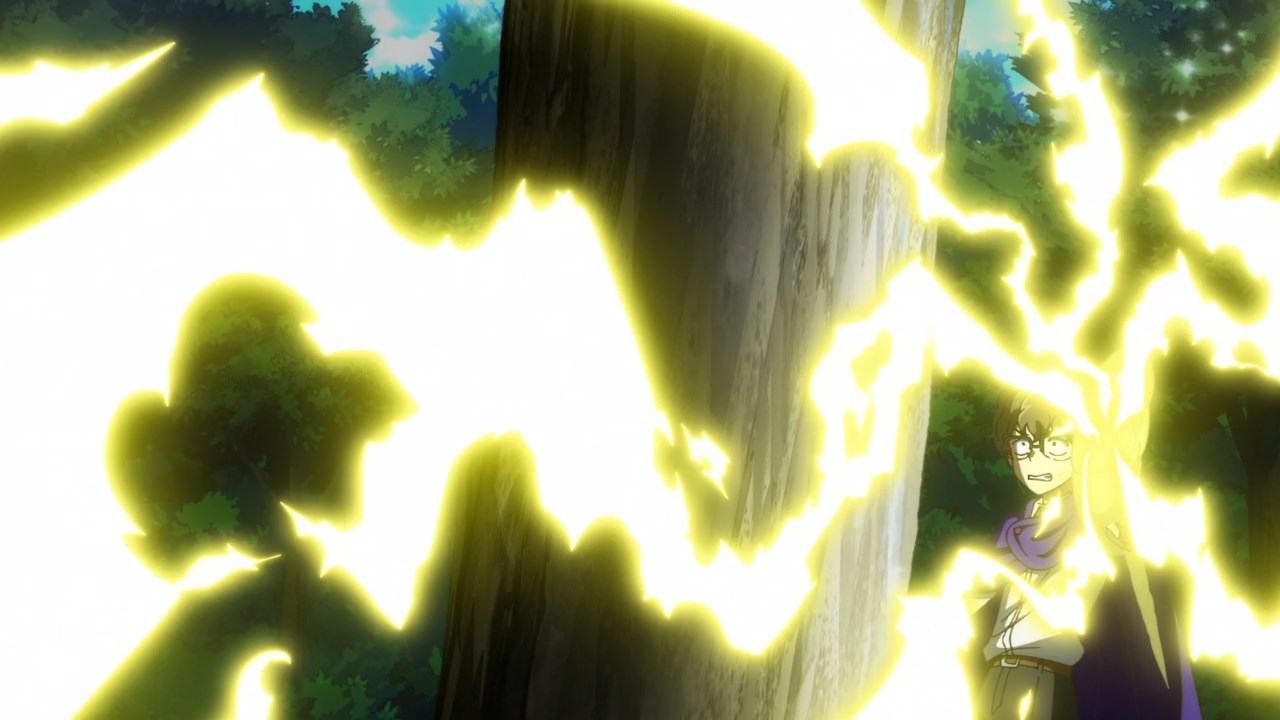 Let’s start with Mr. Sempai where he becomes the wizard hero. Well, the reason why he’s a wizard is because our nameless protagonist is a virgin.

Still, this nameless protagonist couldn’t do anything to defeat monsters, not even saving the world. 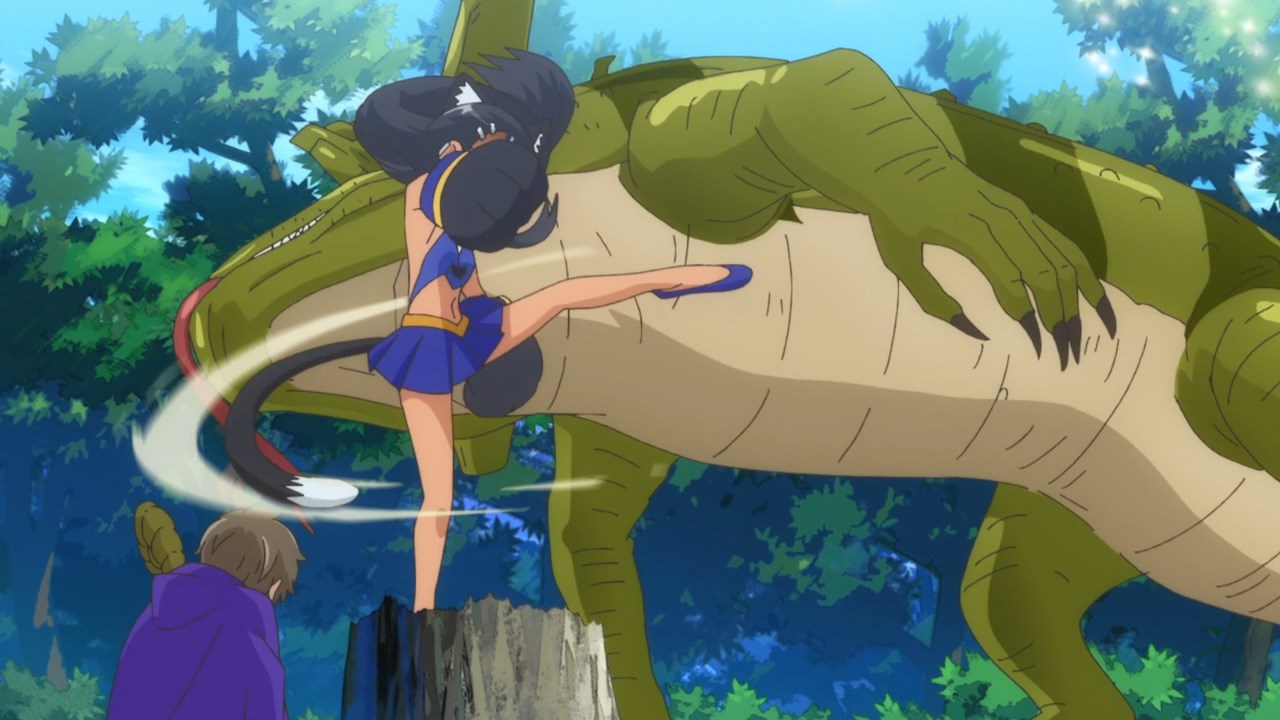 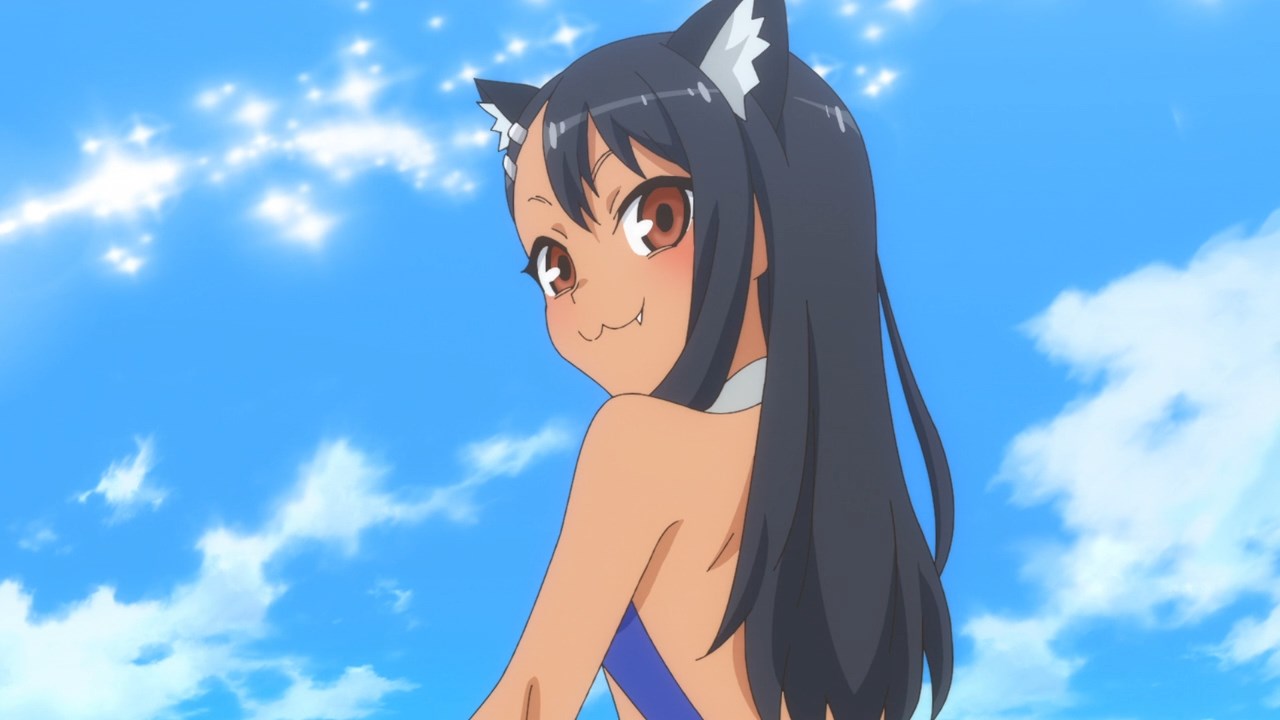 Well then, let’s leave that to Nekotoro as this cat brawler will do most of the fighting… until Nekotoro betrays the virgin wizard that is.

Of course, it’s all just a dream so let’s move onto the next scene, shall we? 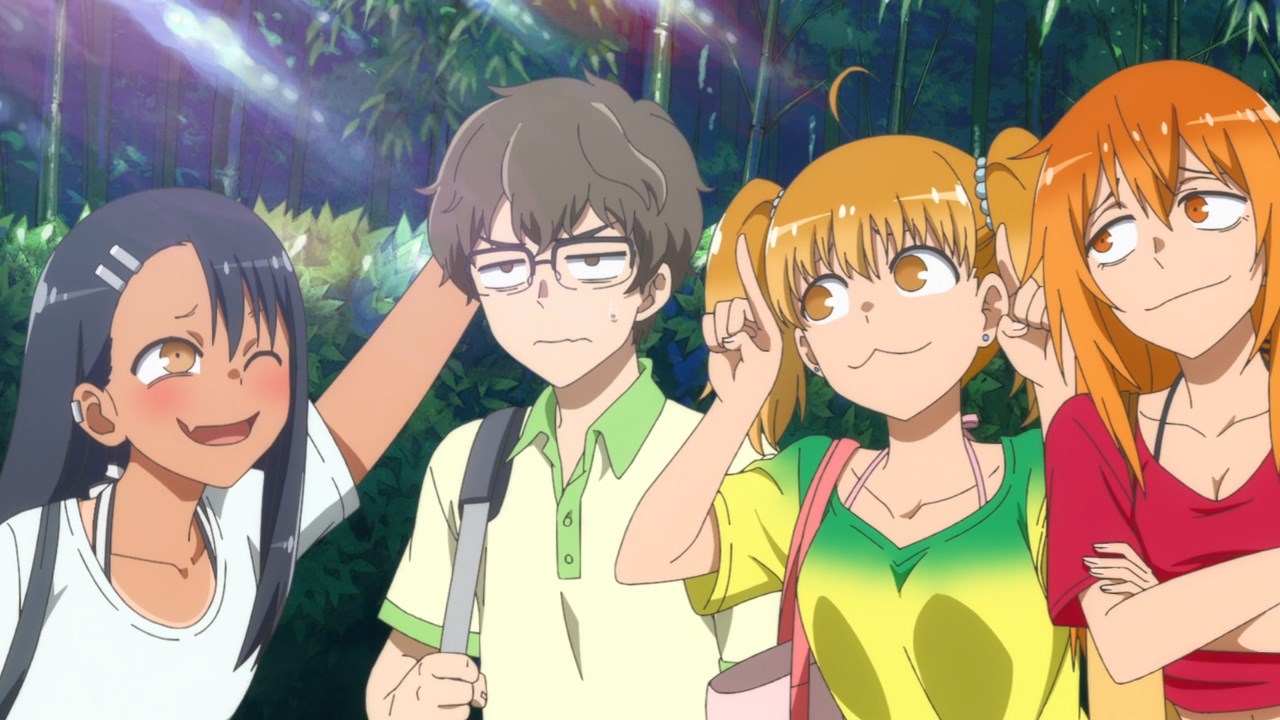 With that said, Sempai is being invited by Nagatoro and her friends to go to the beach, although the lousy loner doesn’t want to because it’s hot outside. 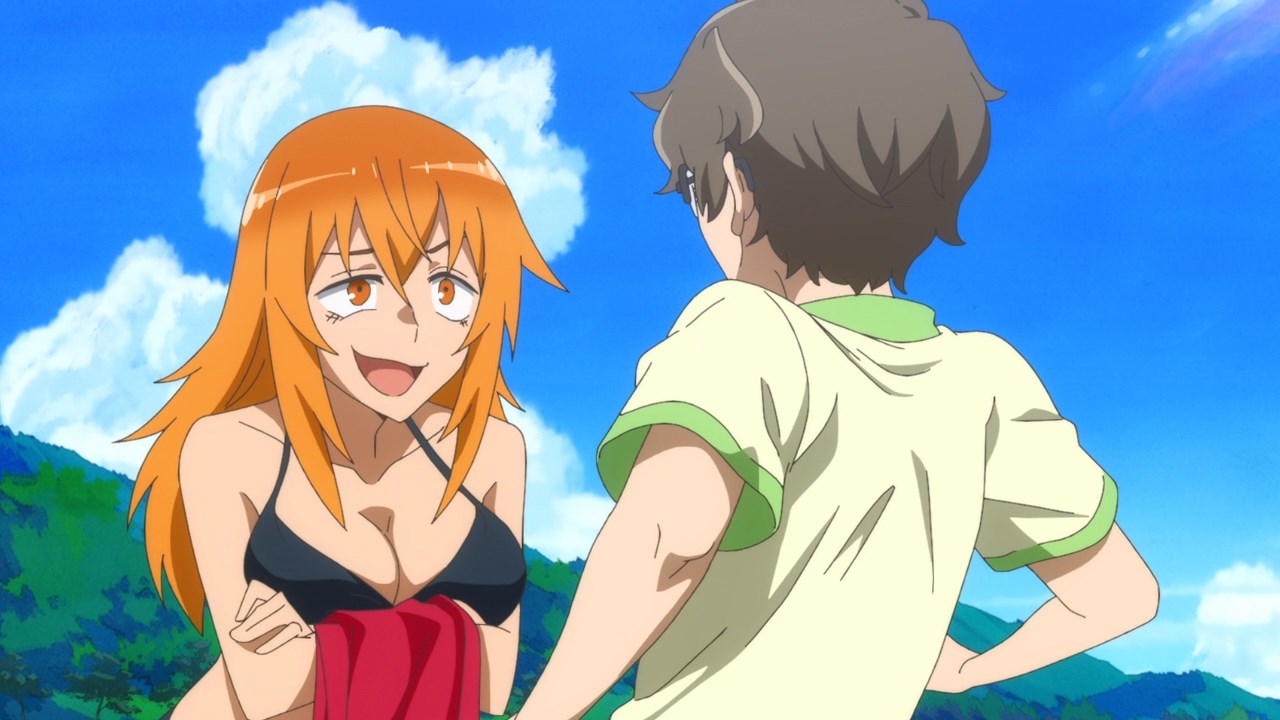 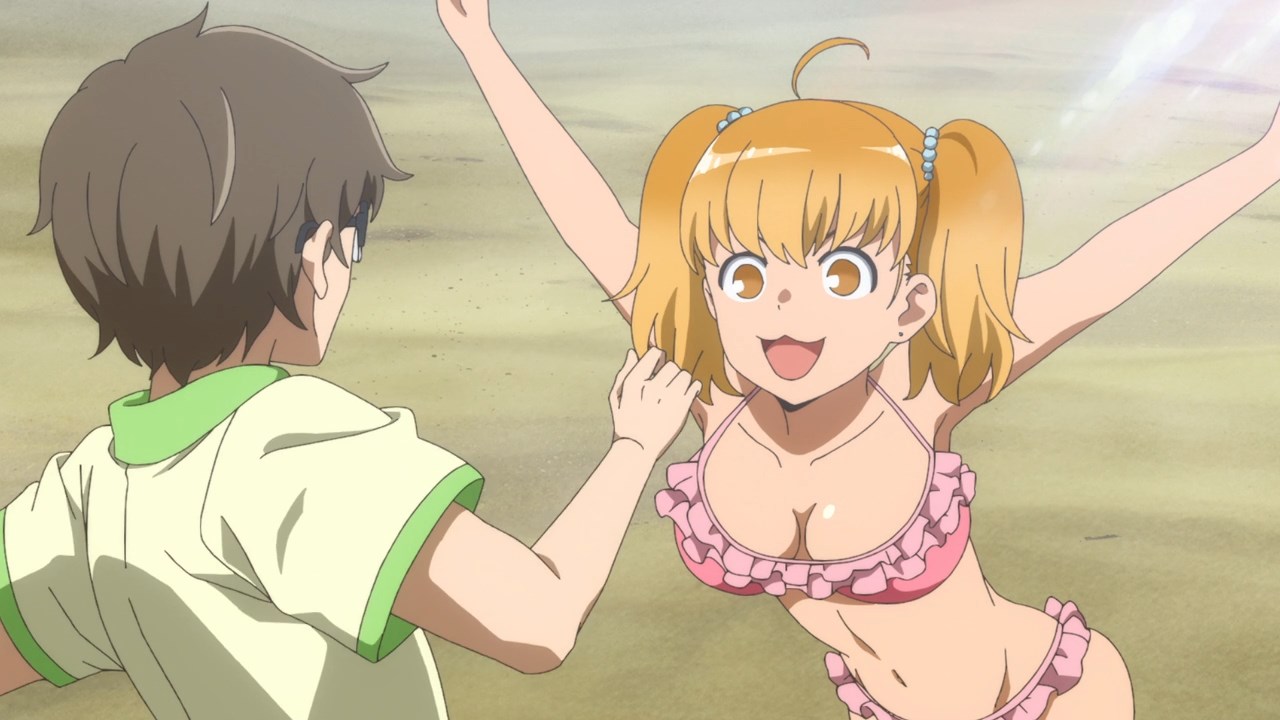 On the other hand, looks like Gamo-chan and Yosshi are flaunting their big boobies to the nameless upperclassman in which both gyaru juniors mock him for not touching them.

Sure that he can’t touch those tits because both girls might call him a creep but man, they shouldn’t toy him in front of Hayase Nagatoro.

Speaking of Hayase Nagatoro, looks like she has a nice tanned body. C’mon, you can see the tanlines from her one-piece swimsuit which is pure perfection right there! 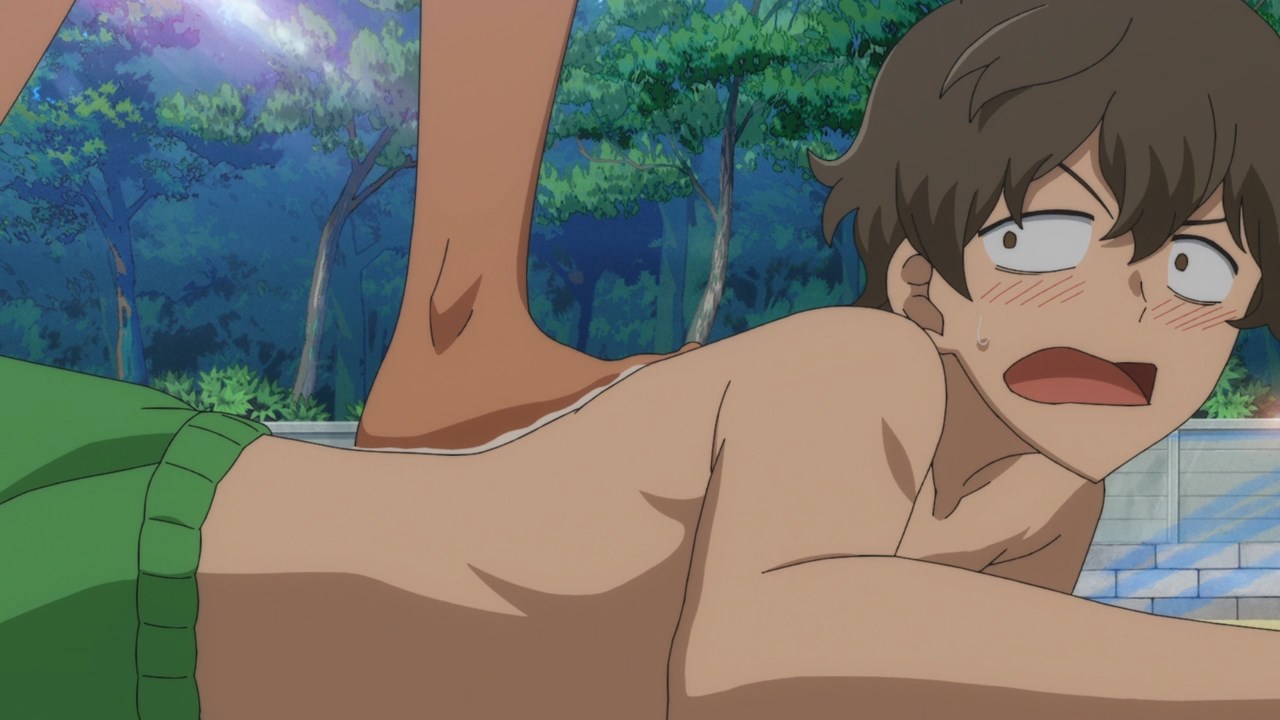 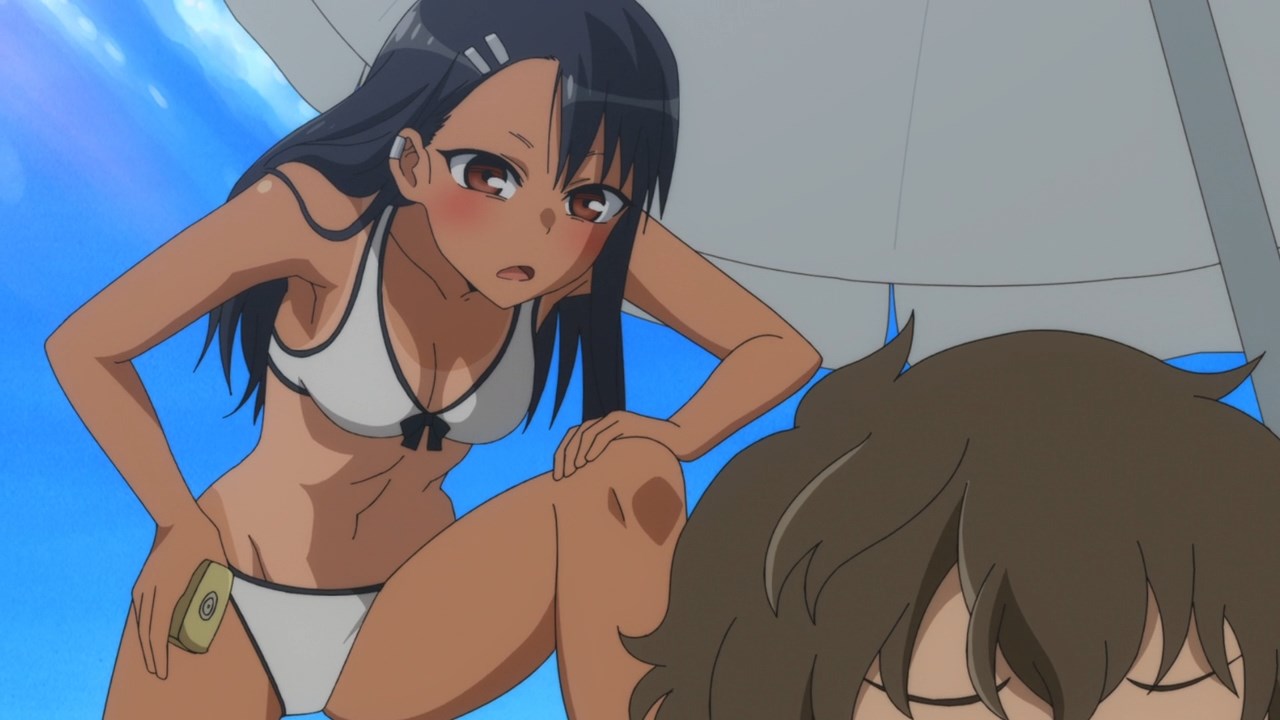 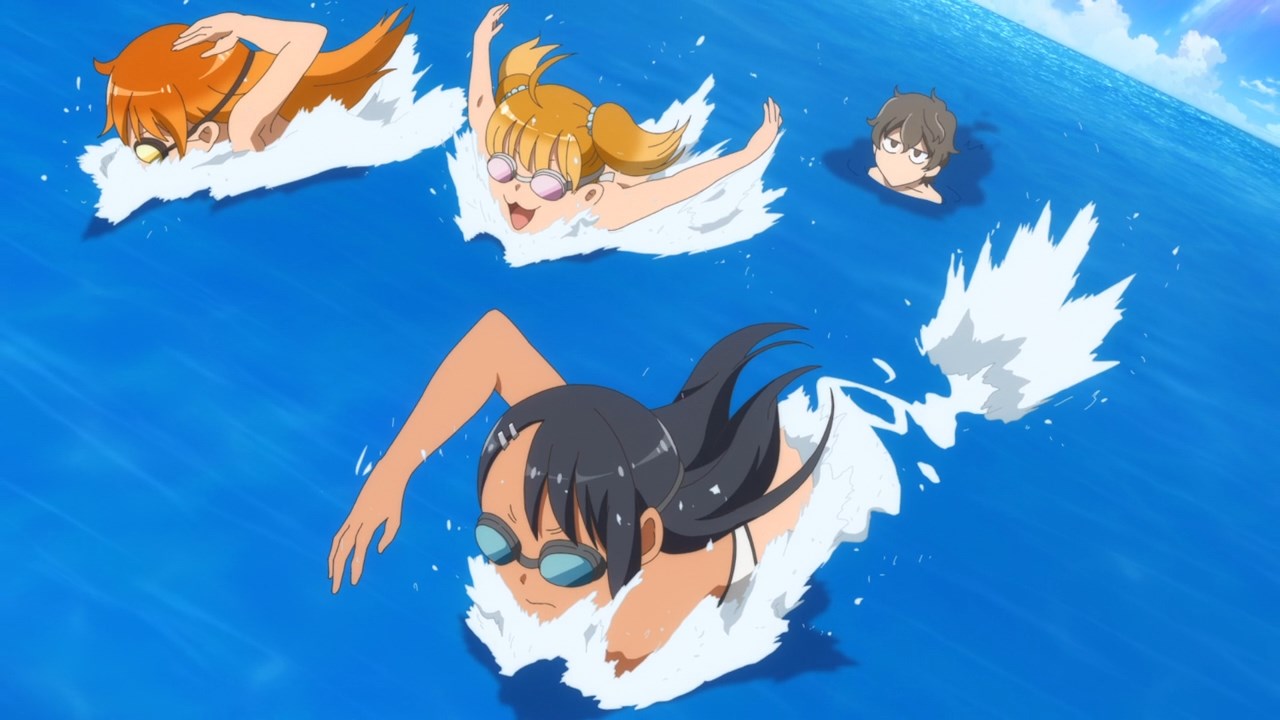 Of course, the rest of the episode has Nagatoro-san racing with her friends, although she won most of the time since Nagatoro is a member of the swimming club. As for Sempai, he just floats at the ocean. 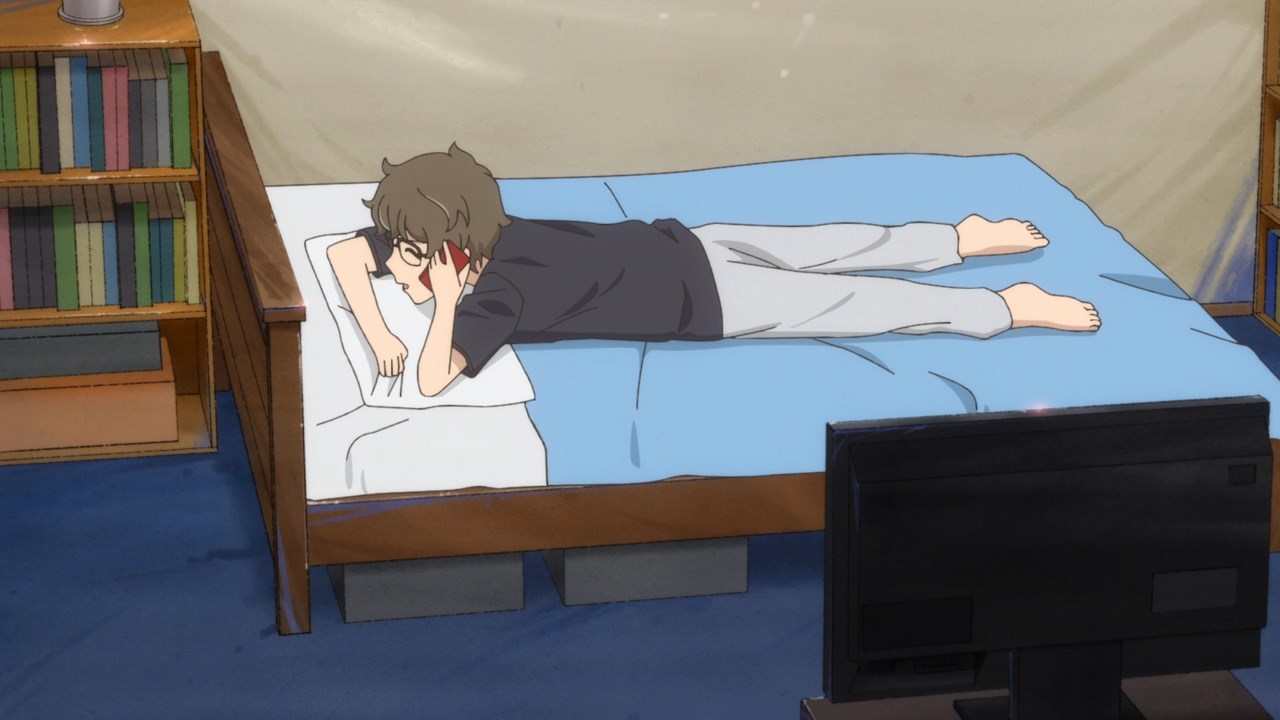 Still, the beach trip turned his body into a sore mess. I bet that Nagatoro and her gyaru friends teased him until sunset. 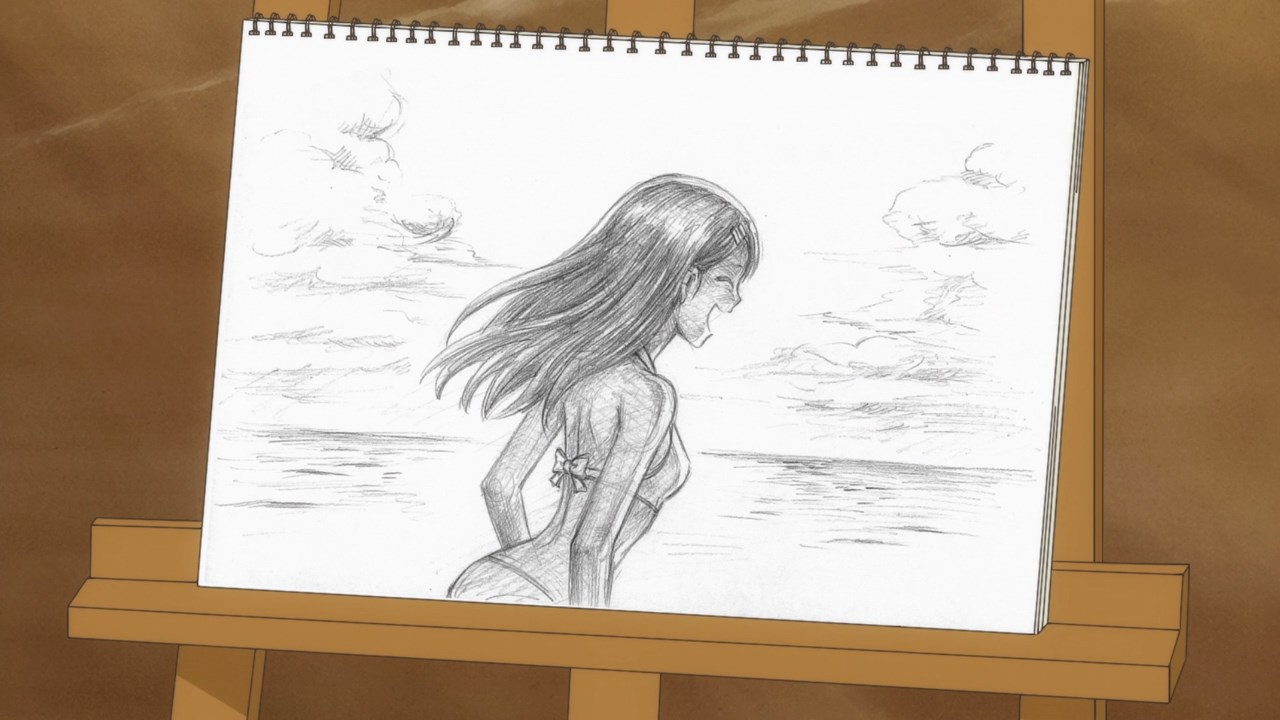 But hey, it turns out that he made a nice sketch of Hayase Nagatoro. It sucks that she won’t appreciate it because she doesn’t want to go all dere-dere towards the nameless upperclassman.

But that’s about it for this episode and man, we’re in the halfway point on this series! Of course, Nagatoro-san will continue to tease Mr. Sempai for shits and giggles.