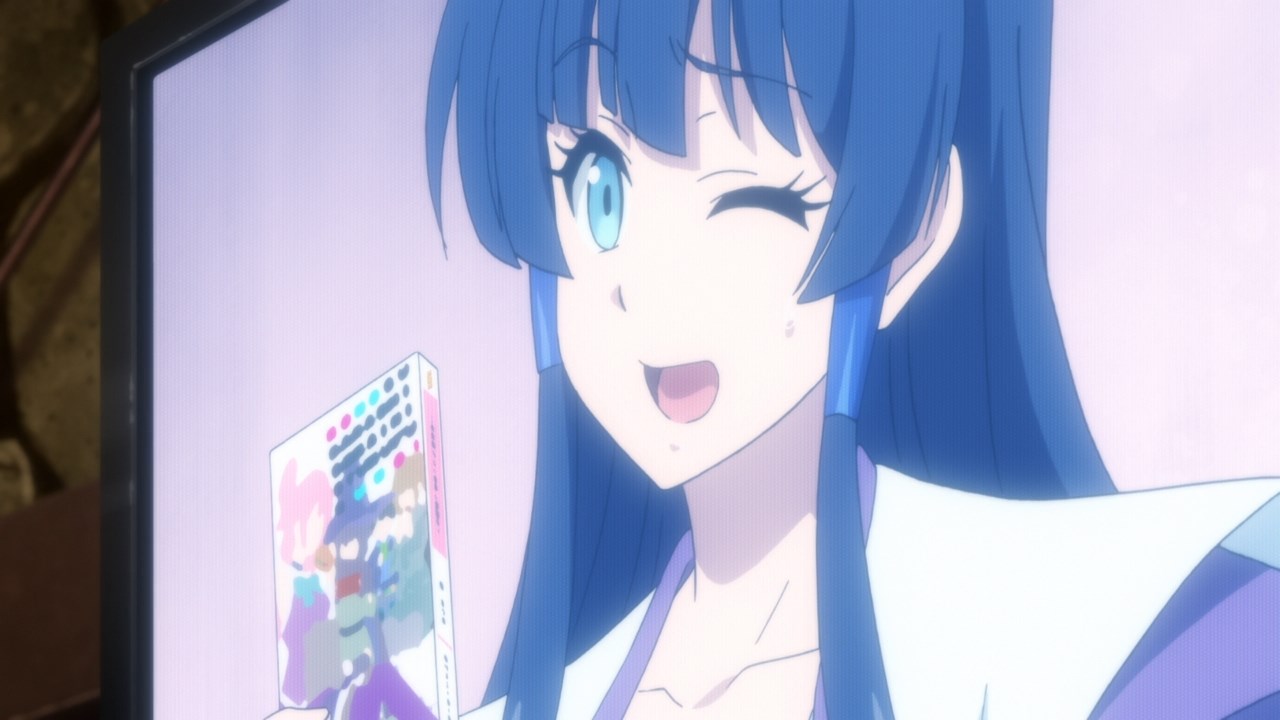 Oh look, it’s Freezing Astaroth where she told Combat Agent No. 6 that the teleporation device is not working. Well c’mon, Black Lilith’s inventions have a 50/50 percent chance of being functional after all.

This means that No. 6 won’t go home and get the latest volume of KonoSuba, but let’s not forget that the combat agent is currently in debt so he needs to earn more evil points. 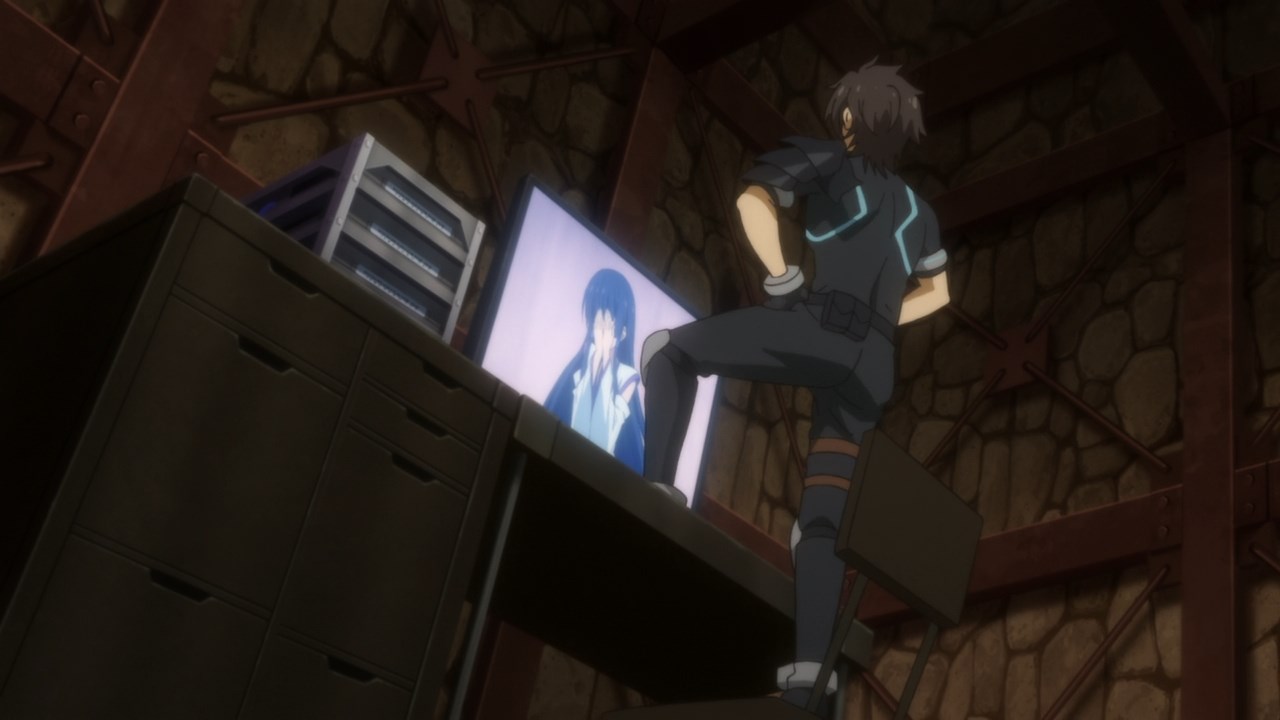 But don’t worry though, No. 6 can earn more evil points by flashing his penis in front of Freezing Astaroth. Then again, I think he’ll get reprimanded for that stunt. 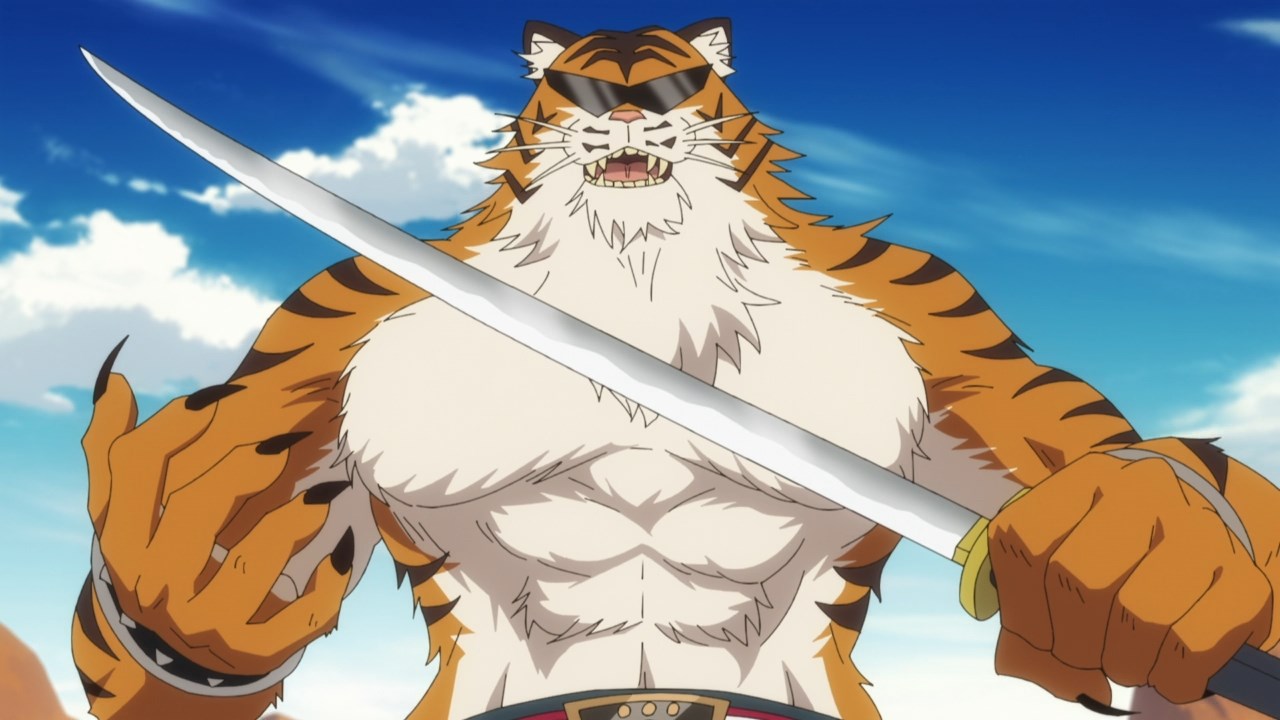 Now then, looks like No. 6 gained an ally named Tiger Man. Sure that he looks cool with that shades, but Tiger Man is actually a lolicon. 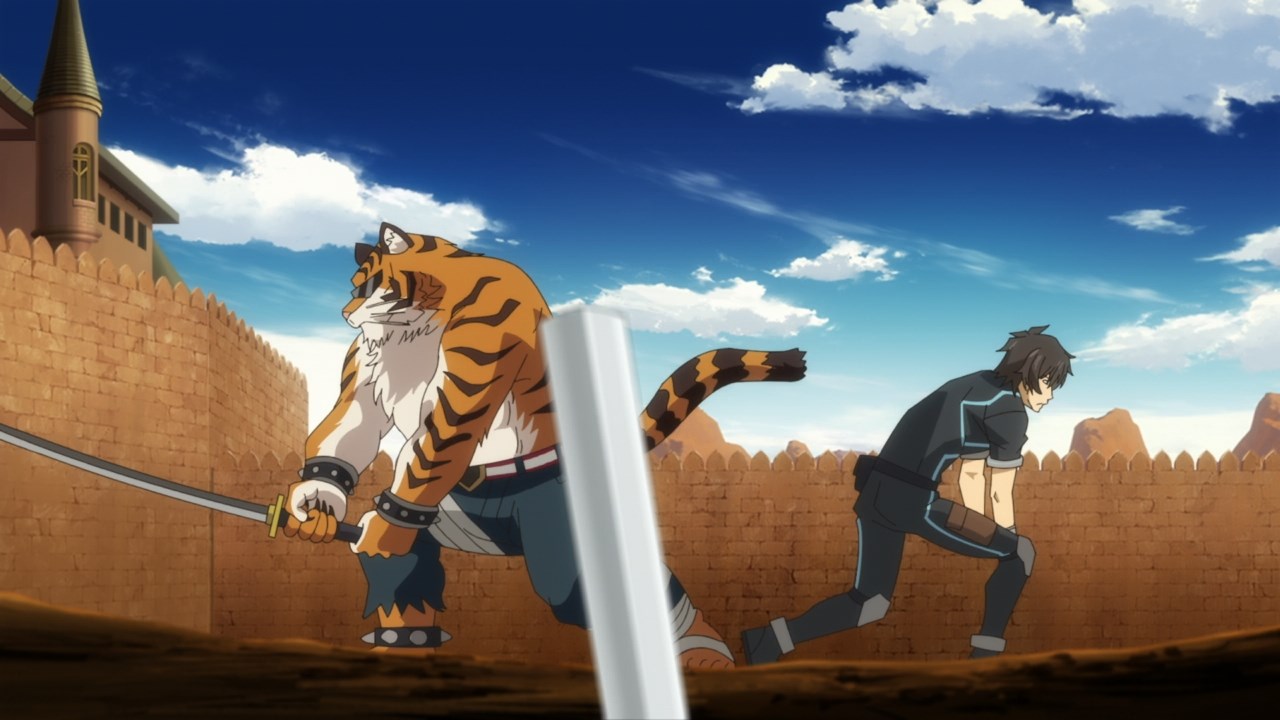 In any case, it’s time for the combat agent to spar with Tiger Man, although No. 6 broke Snow’s sword Flame Zapper when Tiger Man cut it to pieces. 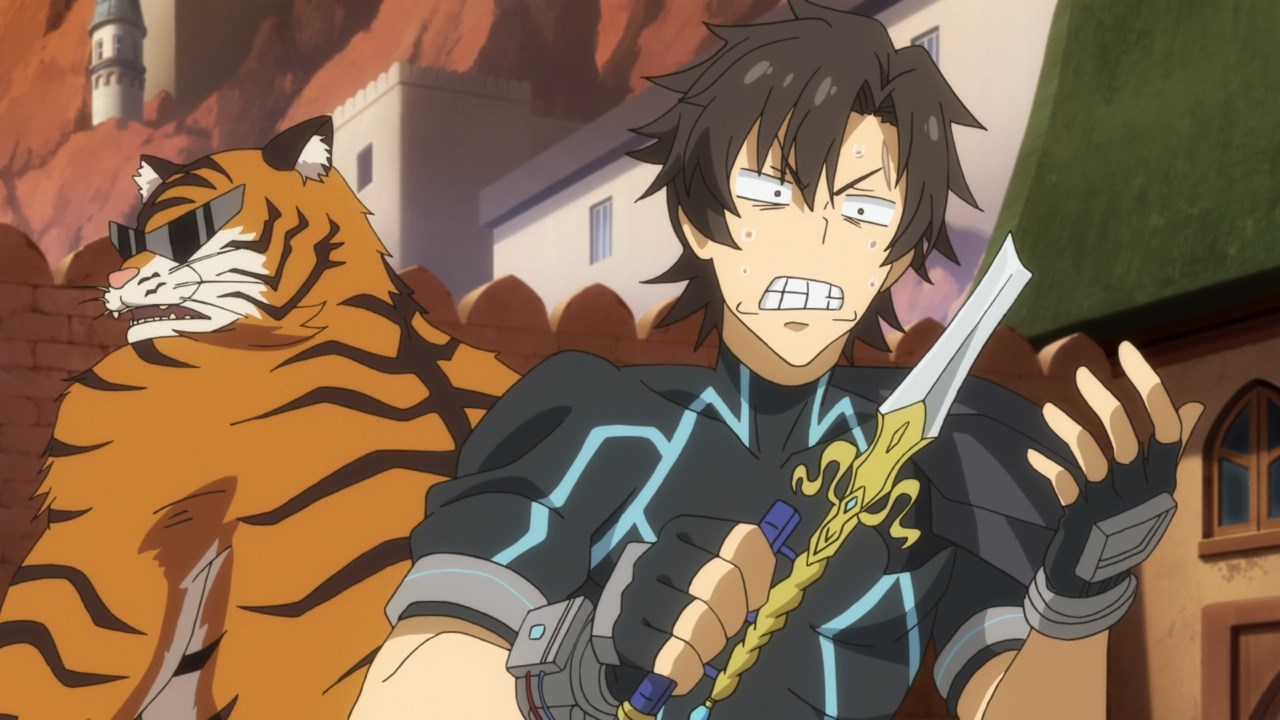 Well then, looks like No. 6 is in deep trouble as he destroyed Snow’s favorite sword.

Oh yeah, I forgot to mentioned that Snow haven’t paid this sword in full yet so she’s in real trouble. 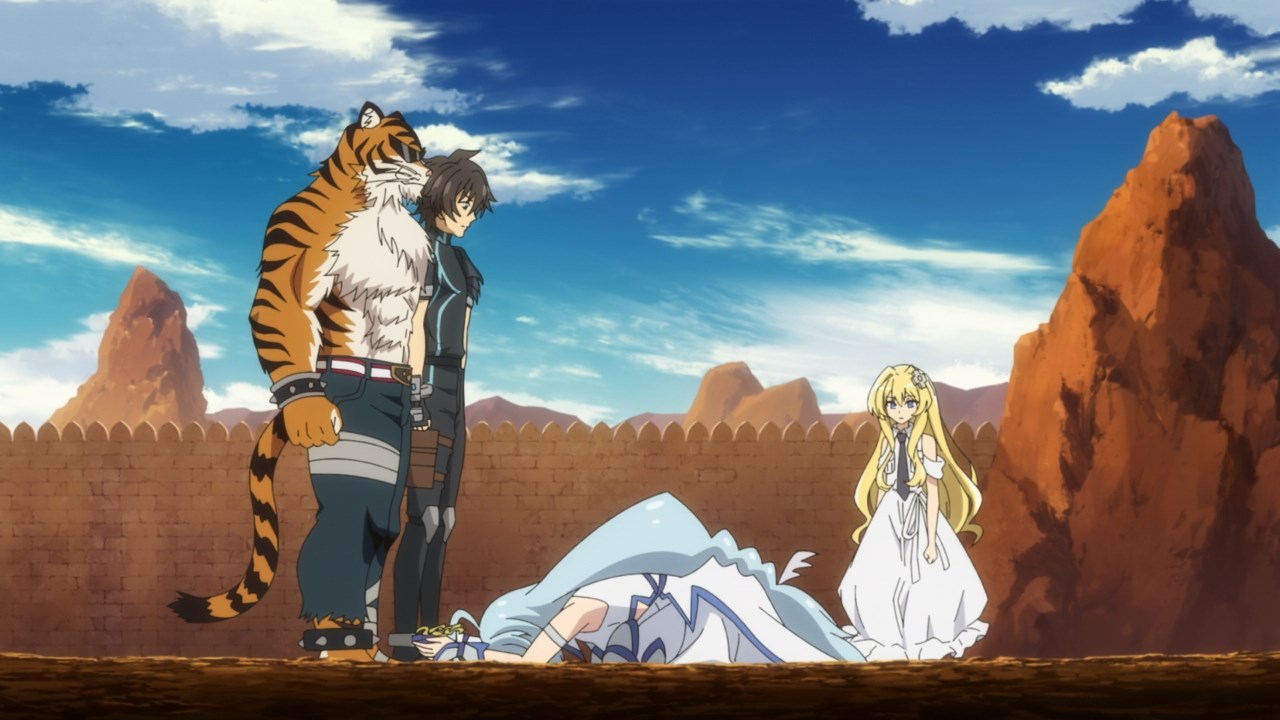 Speaking of Snow, she’s really devastated that Flame Zapper is wrecked into pieces with no way to repair it… unless Snow pay the blacksmith to reforge her sword.

But even then, Snow will be stuck in debt that she’ll have to use her body to pay the bills. 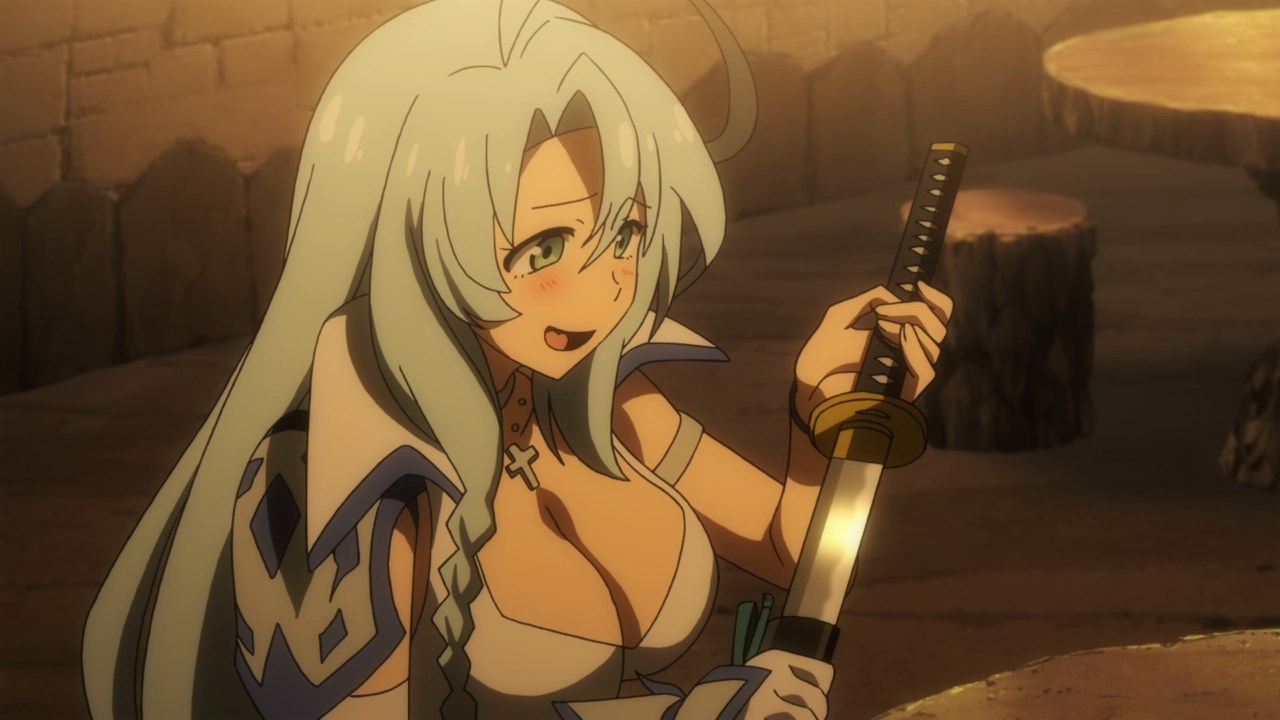 Fortunately, Tiger Man lend his katana to Snow in which she falls in love with her new sword. Just hoping that she won’t sell it though in cast the debt collectors come to her. 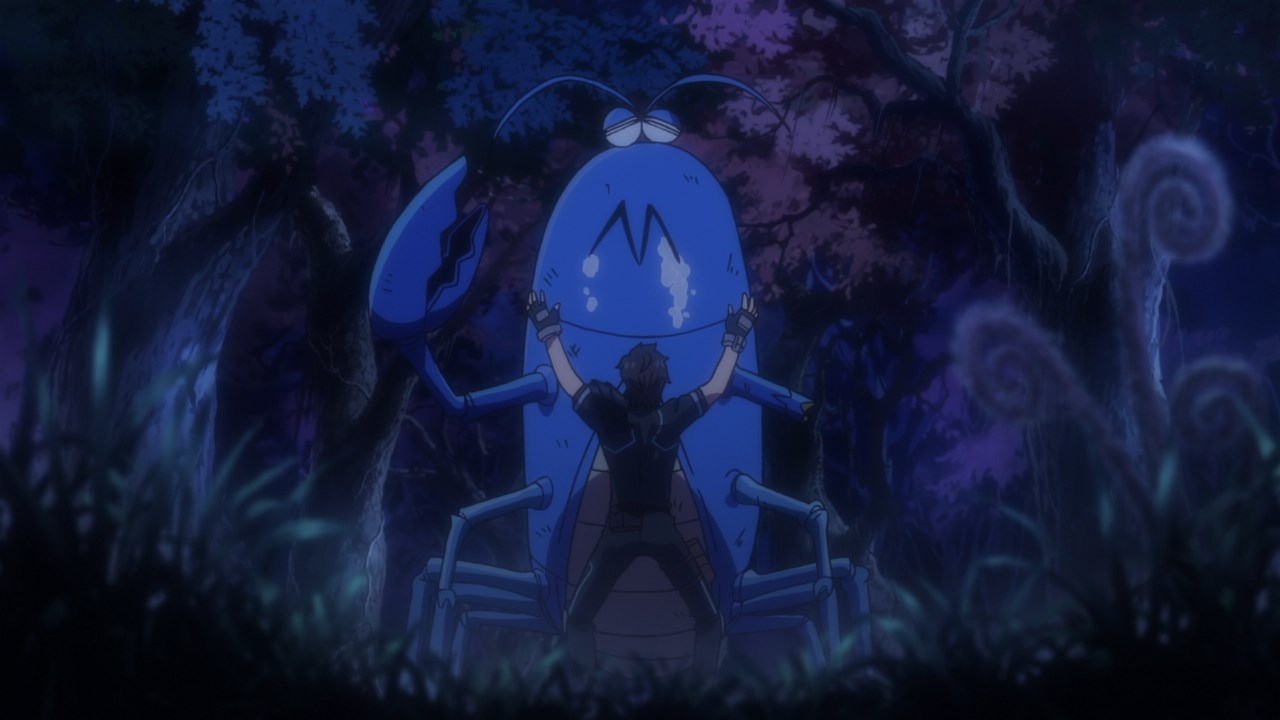 Now then, let’s move onto the next scene where No. 6 encountered a monster called Mokemoke.

Unfortunately, this Mokemoke is injured as seen with its severed left pincer, meaning that the monster is begging the combat agent to spare it. 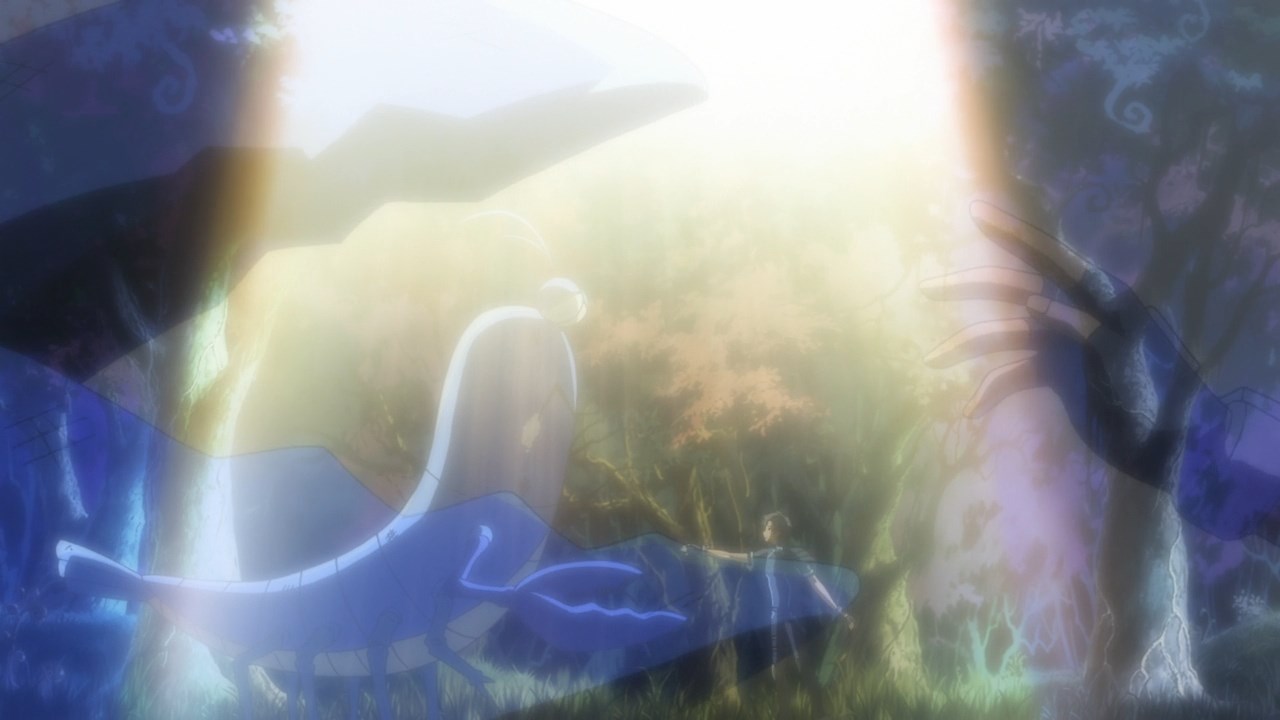 And speaking of No. 6, looks like he decided to befriend the Mokemoke as he’s about to grab its right pincer. Isn’t it heartwarming? 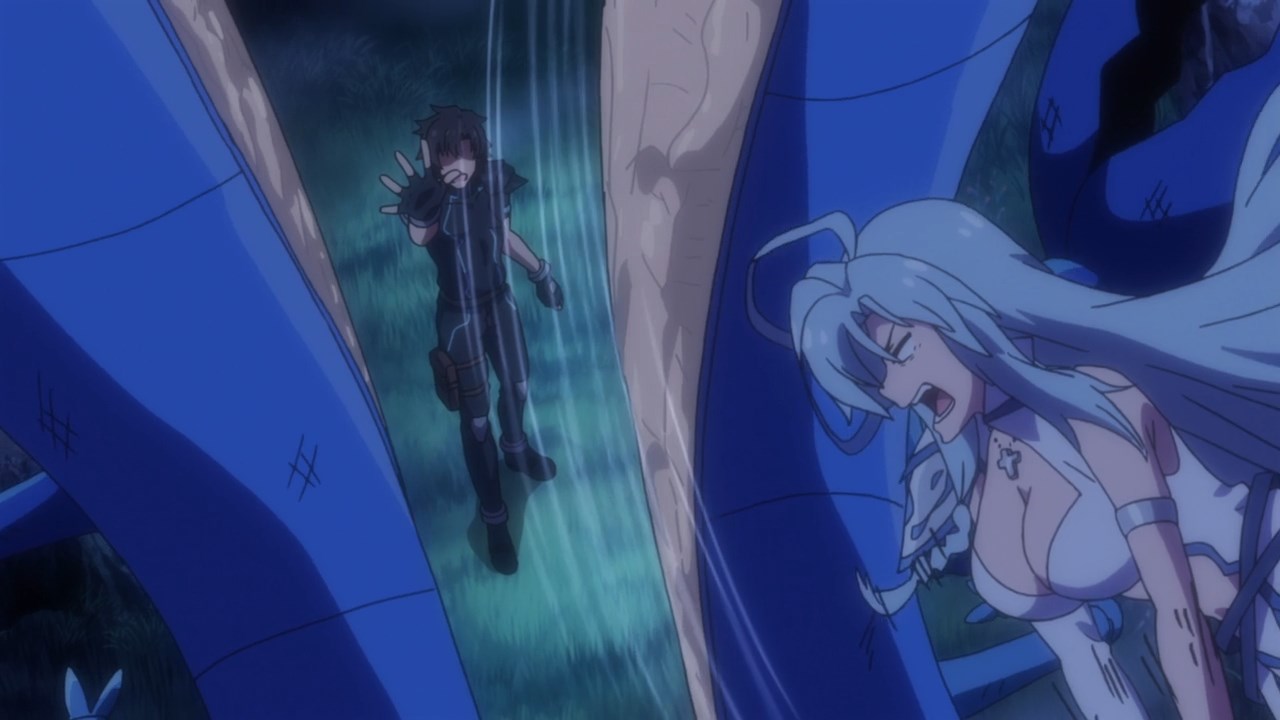 Sadly, Snow cut the Mokemoke in half. Very heartbreaking to see that the combat agent is close to befriend a monster. 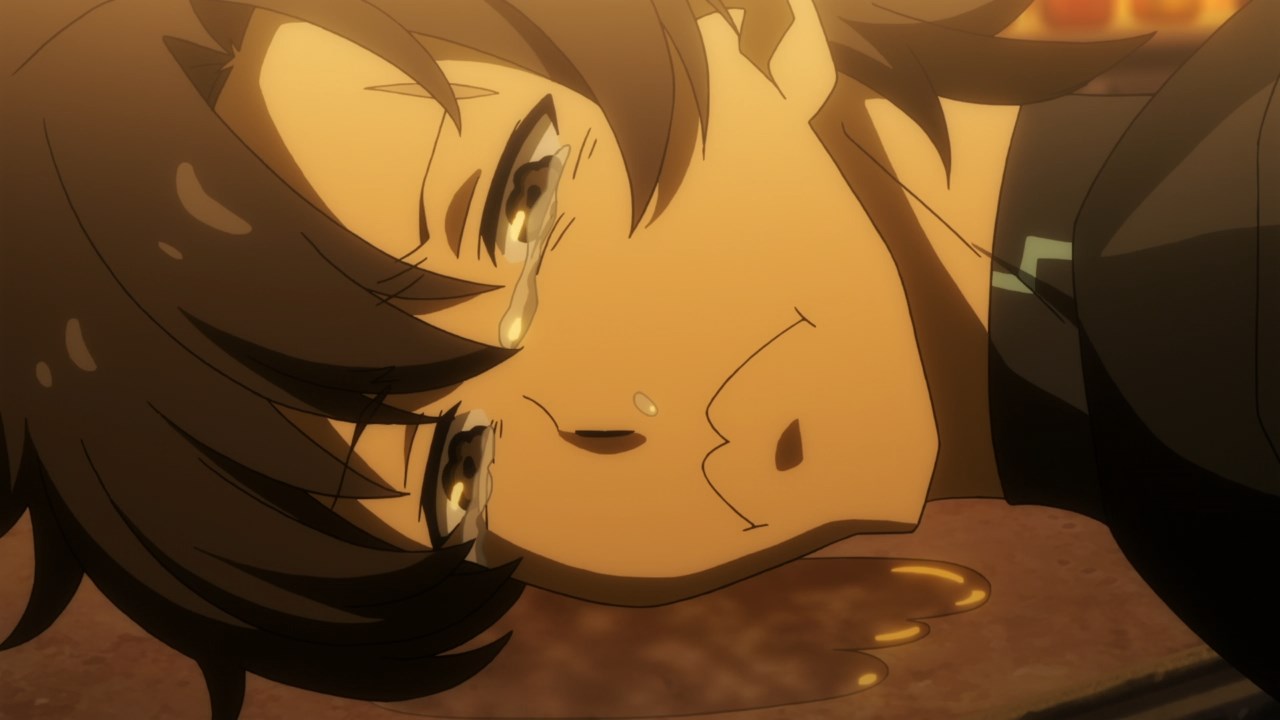 And here’s No. 6 where he’s sobbing hard. I’m surprised that despite being a pervert, the combat agent really cared about animals so much… except for Tiger Man. 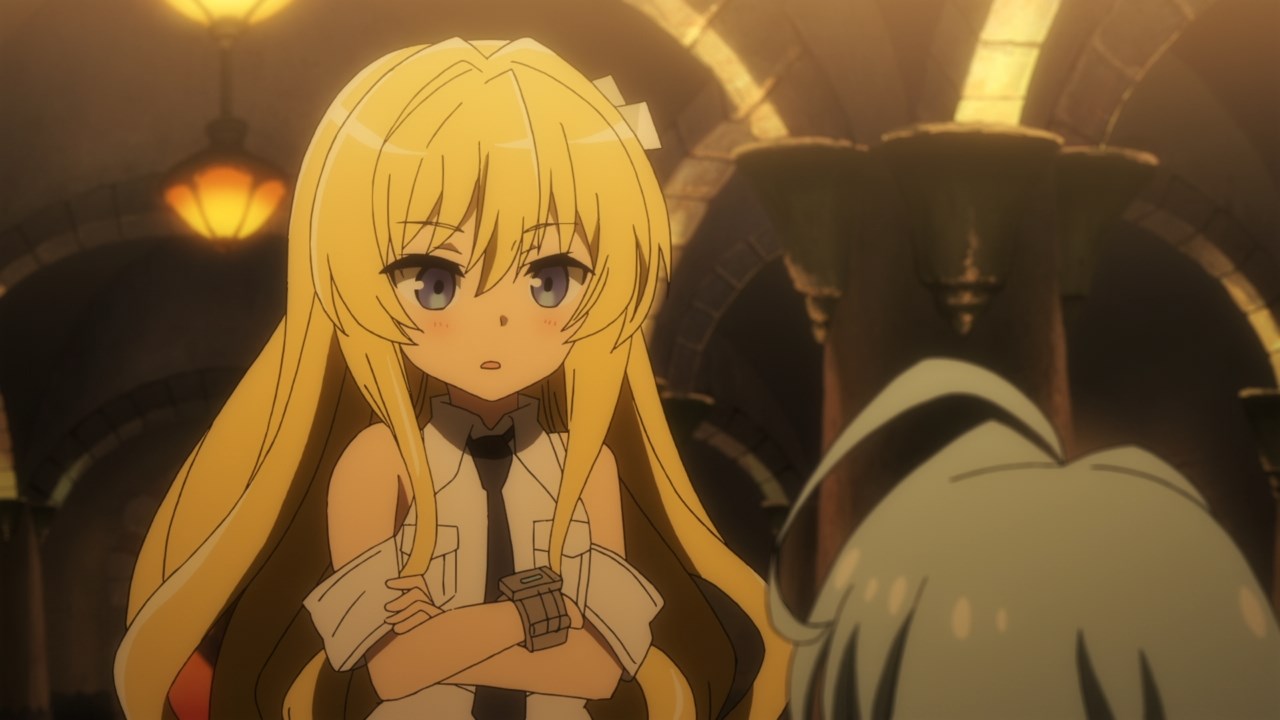 Meanwhile, here’s Alice Kisaragi where this android called Grimm out for her magic as there’s no way it exists. Well, in scientific terms that is. 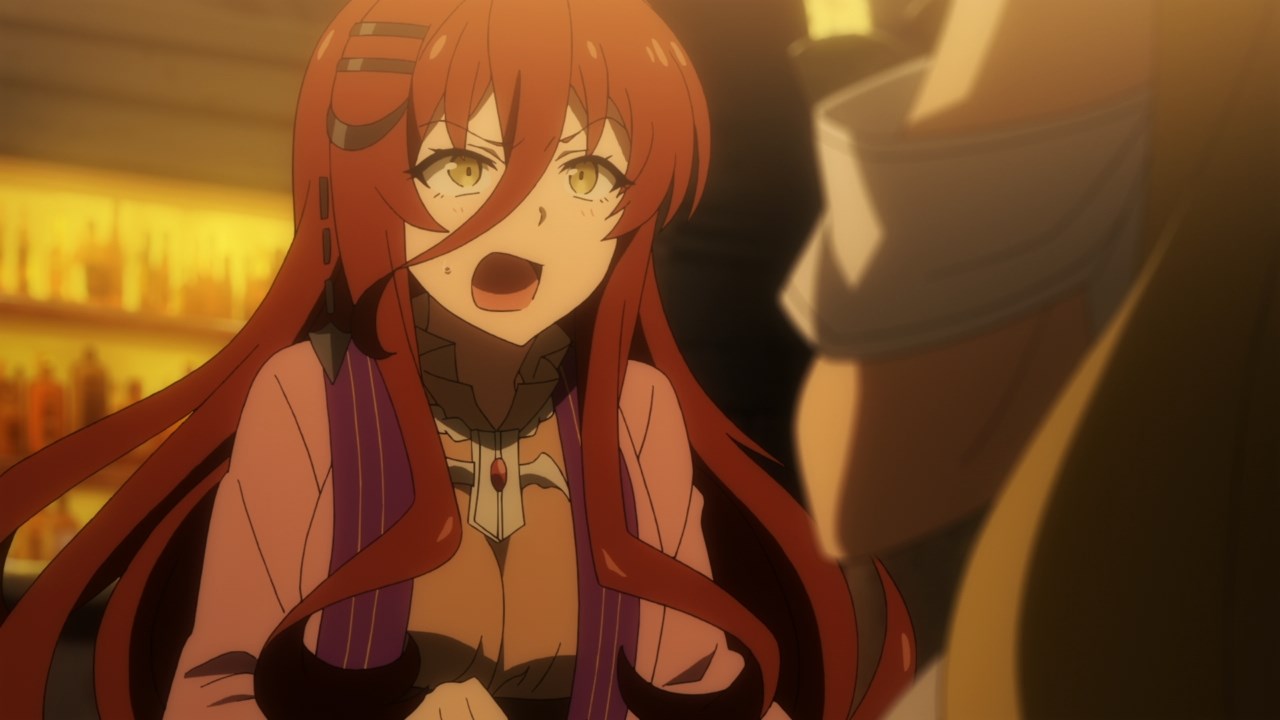 Of course, Grimm is really angry that Alice doesn’t believe in Zenarith’s magic, therefore this archbishop will show the android that Zenarith’s dark magic is real. 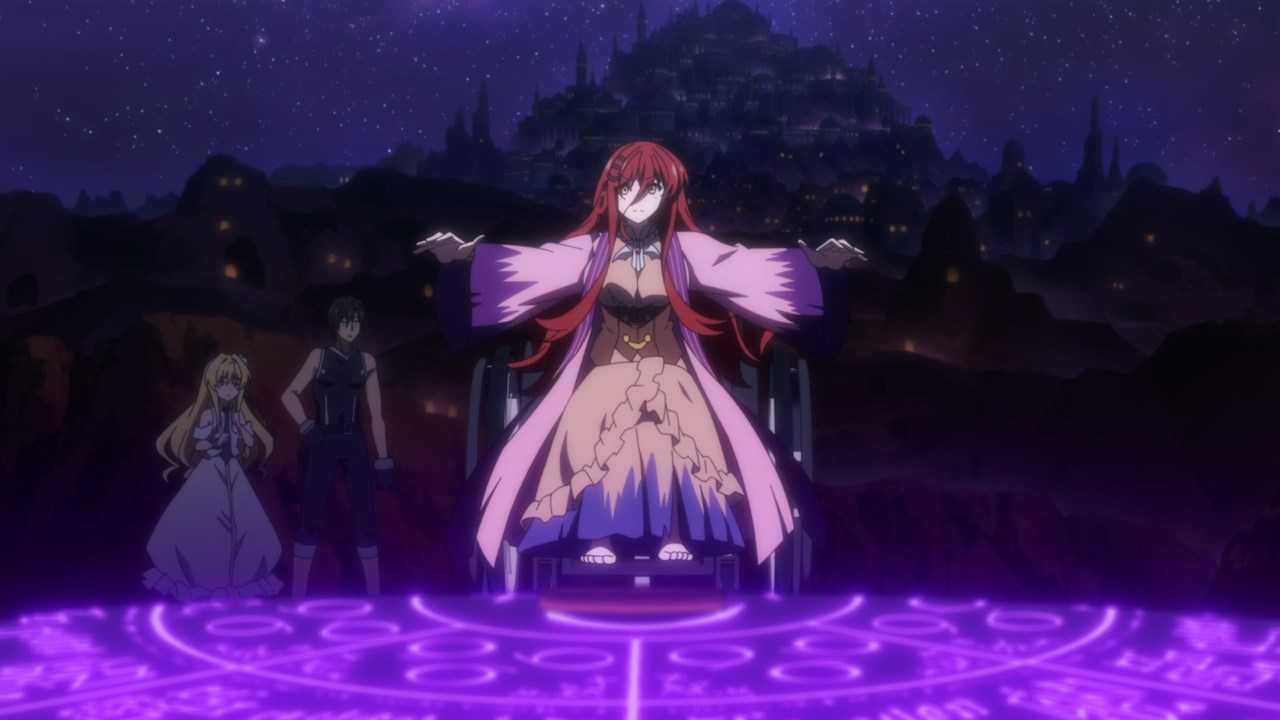 So, the only way to prove that her magic is real is to perform a summoning ritual. Originally, she’s gonna use a rabbit, but Grimm used a piece of meat instead. 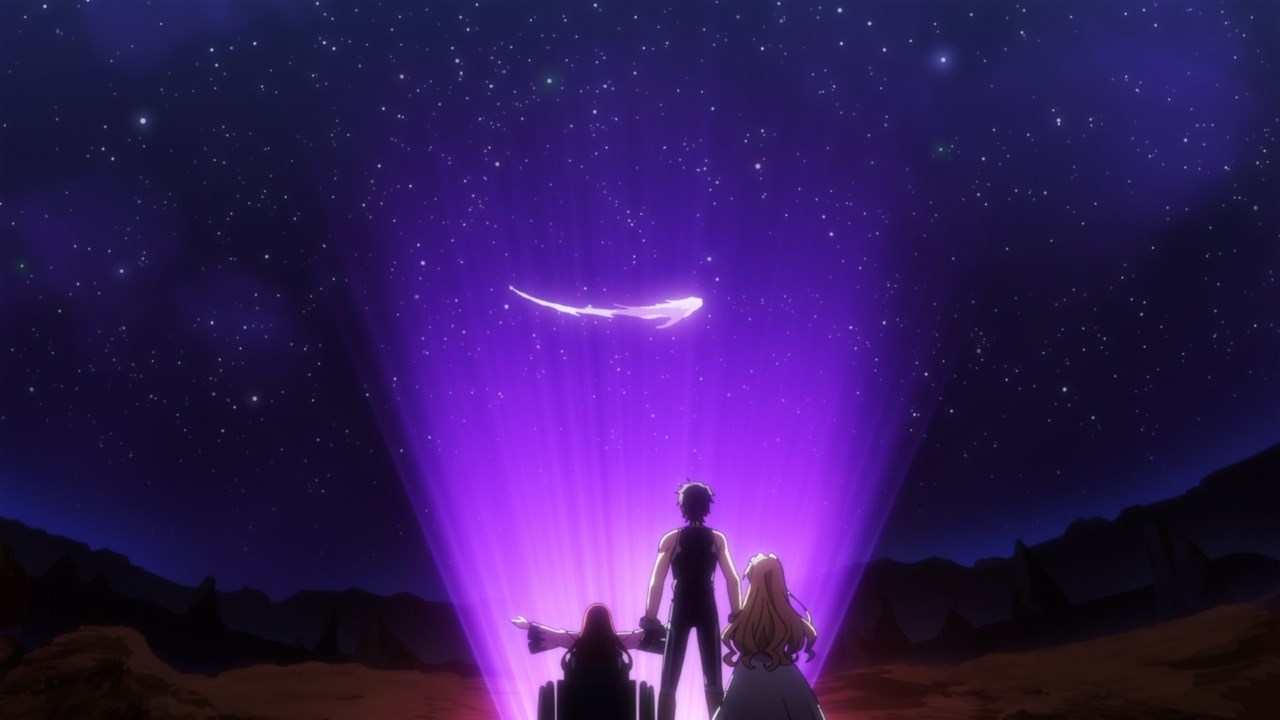 In any case, looks like the summoning ritual is a success as Grimm is about to summon a demon. Oh this is bad as this demon might kill the android and the combat agent. 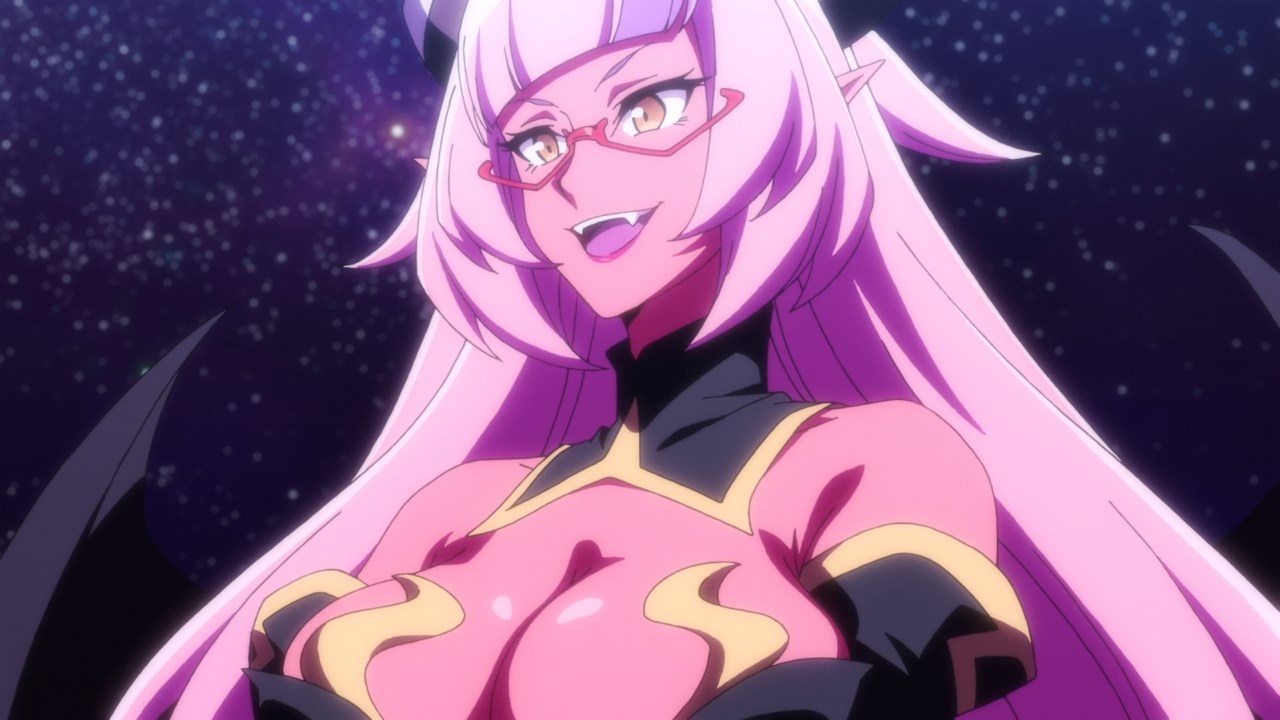 However, turns out that Grimm summoned a sexy demon lady where she’ll grant any wish in exchange for their soul.

Well, except for Alice Kisaragi where she doesn’t have one due to being an android, but No. 6 is willing to sold his soul in exchange for having a harem. 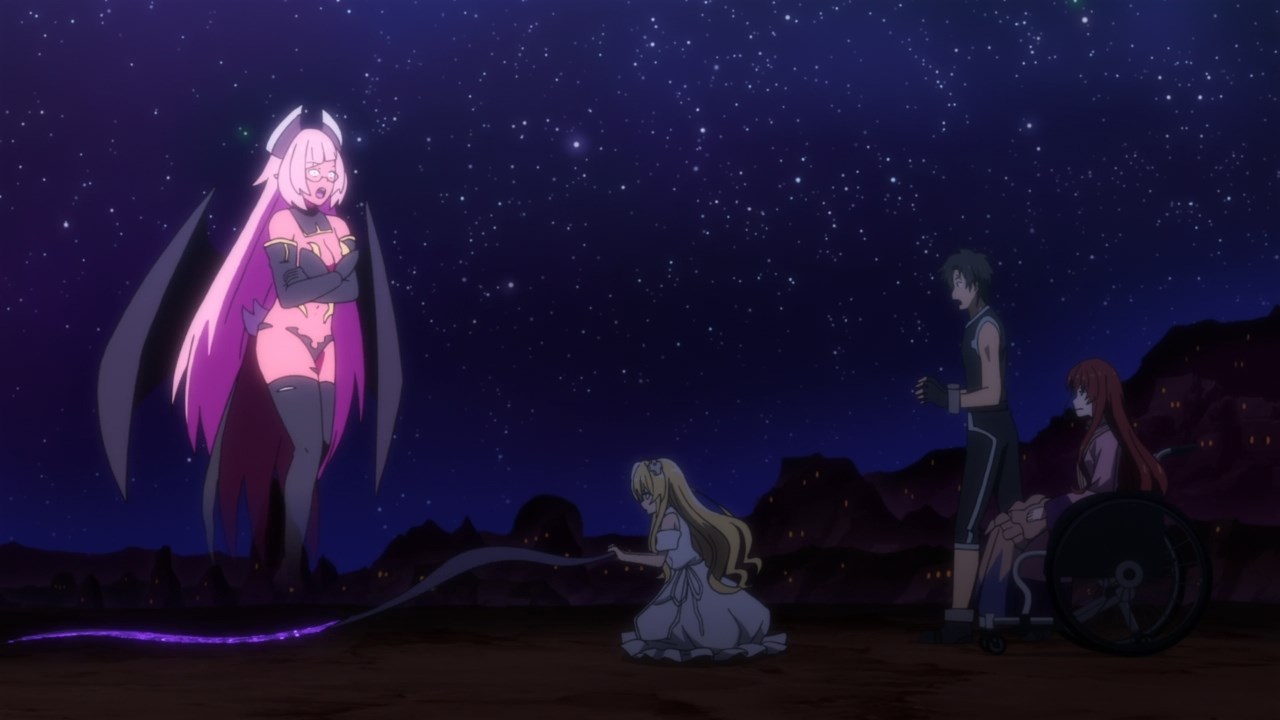 Unfortunately for this demon lady, Alice is truly unhinged when it comes to the supernatural as she flips the cloth to see if there’s lighting underneath. Oh silly little android!

Well then, looks like Grimm’s magic is real although Alice Kisaragi won’t even believe it despite showing some proof. Oh well, tune in next time!