Well everyone, here’s Diablo where he’s about to save Horn from being drowned.

Of course, the demon lord from another world will have to abandon his trusty Tenma’s Staff in order to save his guide.

With that said, Diablo managed to save Horn from being drowned, although he burned his Curtain of Dark Clouds cloak to keep him and Horn warm.

But speaking of Horn, turns out that his dungeon guide is actually a girl, which is the most surprising gender reveal on this episode.

Even Diablo is shocked to see that Horn has a vagina. But anyways, let’s hope that both of them can catch up with Rem Galleu and the rest.

Sadly, Diablo’s companions encountered Gewalt where he’s the most persistent rogue paladin ever as he’s about to summon one of his monsters.

Anyways, Gewalt summoned a swarm of fire bees, which is very deadly if one of them got stung by it. Why does it have to be bees? 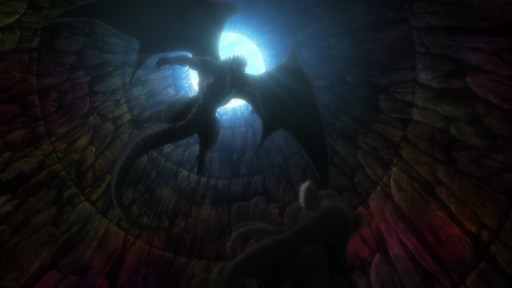 But it gets even worse when a black dragon shows up in which it blows Gewalt’s bees away. Oh yeah, this black dragon will just destroy everything in sight. 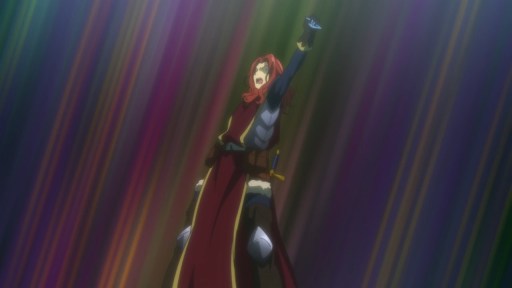 However, Gewalt doesn’t care as he’ll kill the black dragon with his powerful summon yet. Okay Mr. Paladin, are you confident that your summon will beat a dragon? 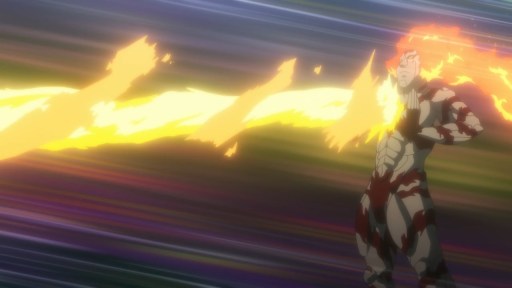 But anyways, say hello to Ifrit where the fire god is about to finish the black dragon off in a single attack.

However, the black dragon is very strong that it blocks Ifrit’s fire beam. Looks like Gewalt shouldn’t be confident that his summon will win the battle.

But sadly, the black dragon not only destroys Ifrit with its fire breath, but it whips Gewalt so hard that this paladin is about to die. Well, that’s what he got for attempting to kill the high priest.

However, Lumachina Weselia decides to heal Gewalt despite being an asshole to the high priest. I mean, the Church of Celestials preaches forgiveness regardless if that person is scummy or not.

And so, Lumachina heals Gewalt’s wounds to the point that he remained alive. Then again, we’ll never know what happened to this paladin.

Now then, here’s Diablo where the demon lord has returned together with Horn, although he’s using a war scythe to vanquish the black dragon. 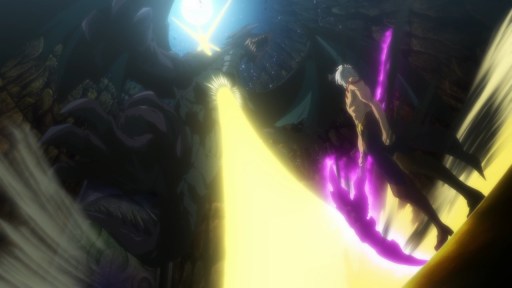 But as you can see, this black dragon doesn’t stand a chance against Diablo. However, it appears that the black dragon decides to flee and lick its wounds.

Unfortunately, the black dragon encountered something that’s ominous. Oh boy, who could that be?

In any case, this one is actually a maid robot where it turns out that she’s actually the dungeon boss. I mean, she has some giant hands coming out from her back. 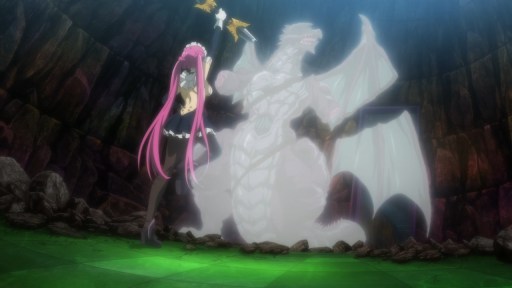 But as for the dragon, it didn’t stand a chance as the black dragon was slashed to pieces by the maid robot.

Now then, I have a feeling that the maid robot will murder everyone, including the demon lord from another world.

However, Diablo recognize the maid robot as it’s revealed that he created her back in the day. Anyways, the maid robot’s name is Rose and Diablo previously made her into a dungeon guardian.

But speaking of Rose, it appears that she’s happy to see her master again. Come to think of it, does Rose have memories from when Cross Reverie was a game?

Now then, they finally arrived at the treasure room where it’s full of powerful items and equipment.

Well, it makes sense as Diablo owns the dungeon in Zircon City, which Rem and the rest figured it out.

Oh yeah, here’s Lumachina Weselia where she touched a certain ox statue, almost as if it’s calling to her.

Okay Lumachina, I think you should be cautious when it comes to touching things from Diablo’s treasure room.

With that said, a beam of light engulfs the high priest in which her God as descended to help Lumachina out. 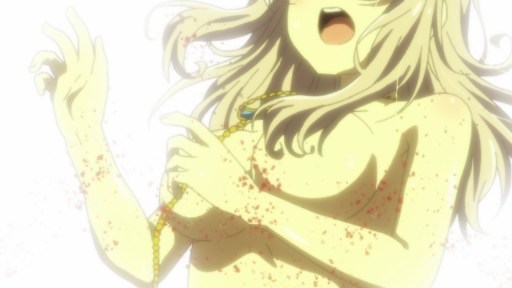 But hey, at least the ox status has removed the Death Knell Disease from Lumachina’s body. With that said, the high priest is finally cured! 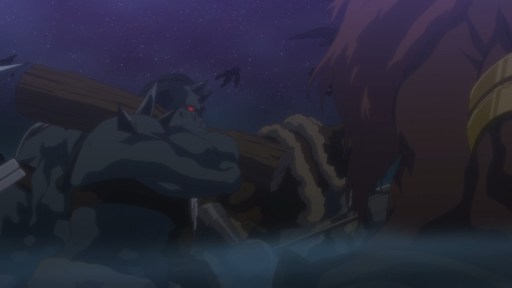 Unfortunately, the Fallen army is here to invade the city unless the feudal lord decides to surrender and become one of the demon general’s concubines.

And here’s Varakness along with his goddamn harem. What a bodacious way to show this Fallen general up in Zircon City!

Well then, looks like Diablo will have to return to the surface and defeat Varakness in order to prove Farnis Lamnites that he’s the good demon lord. Until next time…