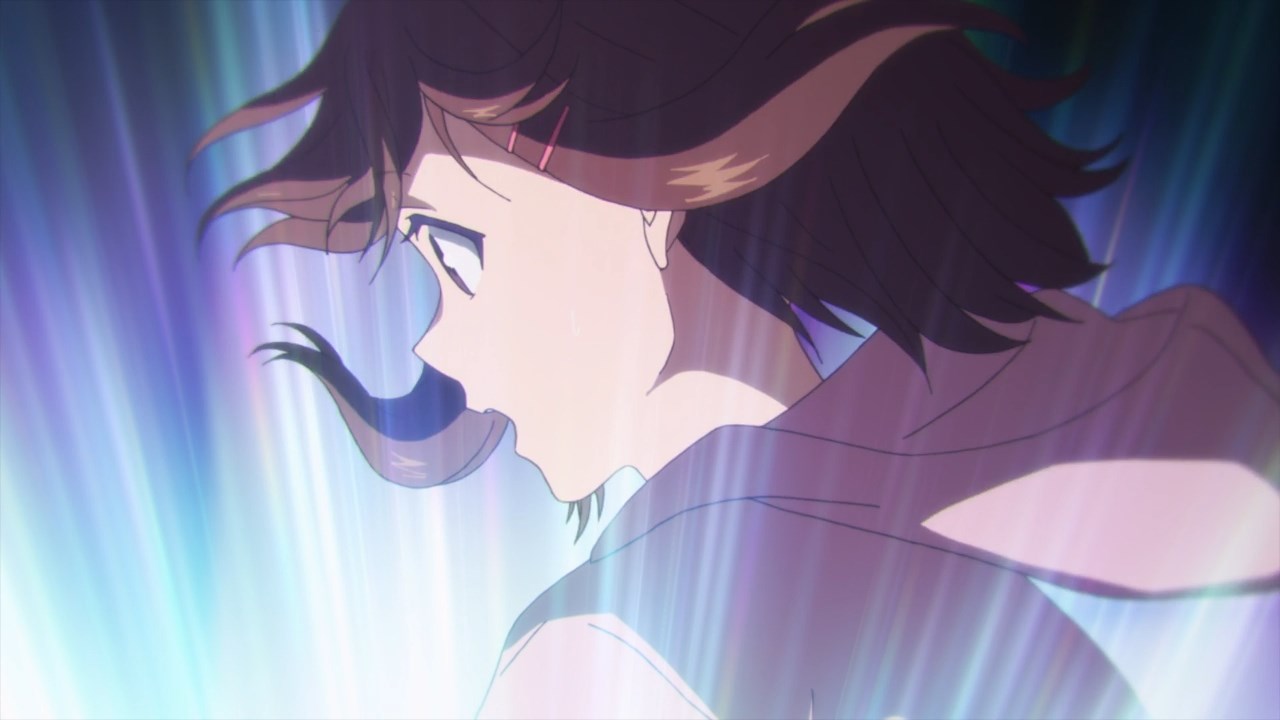 Well everyone, it’s time to meet Aira Misono where she’s also transported into another world along with Sei Takanashi.

Sure that Sei was not selected as the saint since Prince Kyle Salutania found her to be boring, but that puts pressure on Aira as she haven’t prove anything yet. 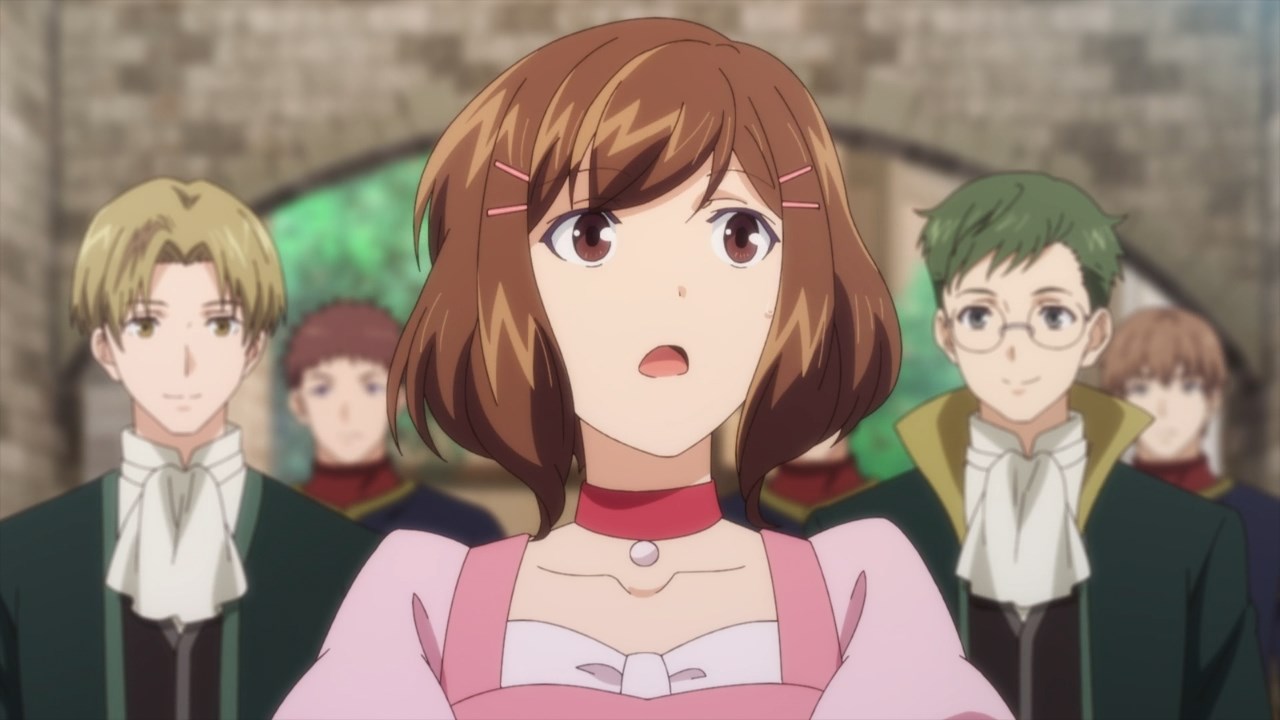 In any case, Aira Misono becomes the saint of the Salutania Kingdom as she’s being escorted by the crown prince, his closest companion Damian, and the students of the Royal Academy who are friends with Prince Kyle.

But seriously though, how come the crown prince, who’s betrothed to the daughter of the Ashley family, tries to make Aira into a saint despite the fact that she’s nothing special in terms of her magical prowess? 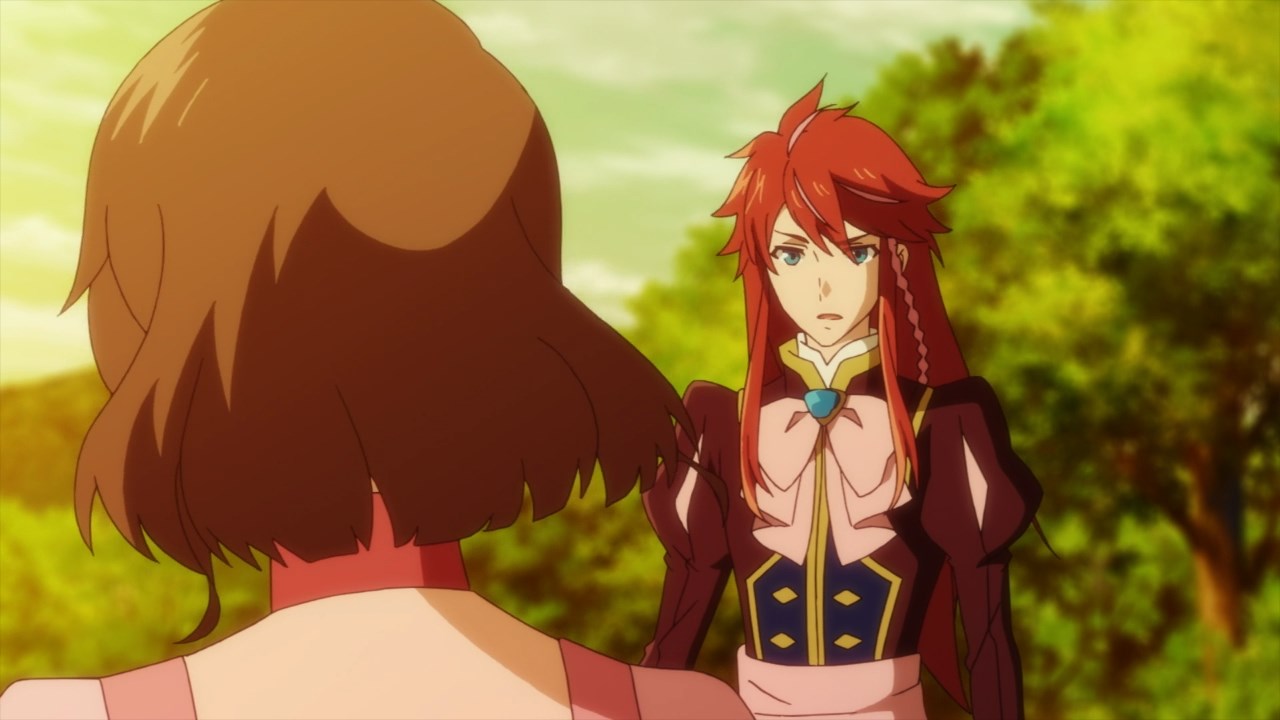 Well, he’s doing it for the entire kingdom that’s what. Wait, I thought he chose Aira over Sei is because she’s prettier than the other woman. 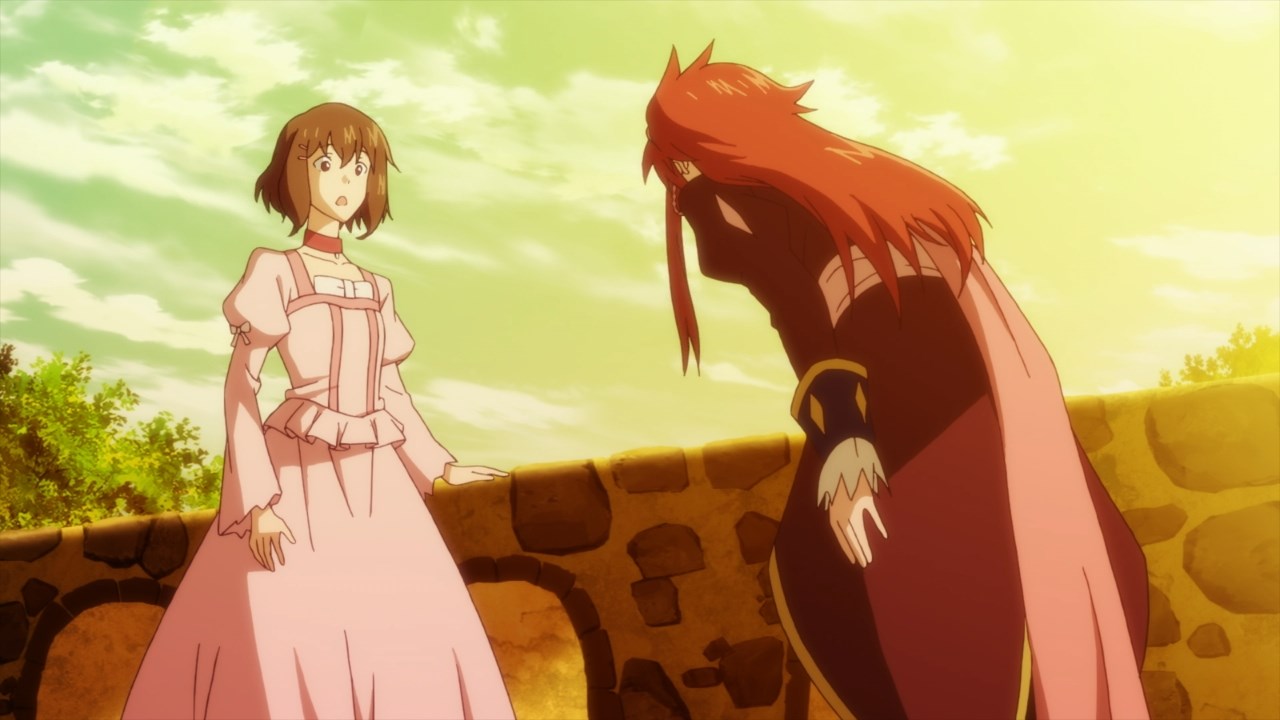 In any case, Prince Kyle has good intentions for his kingdom even though it won’t work otherwise. Still, he won’t give up on making Aira Misono as the saint to be, although the road for her would be very long. 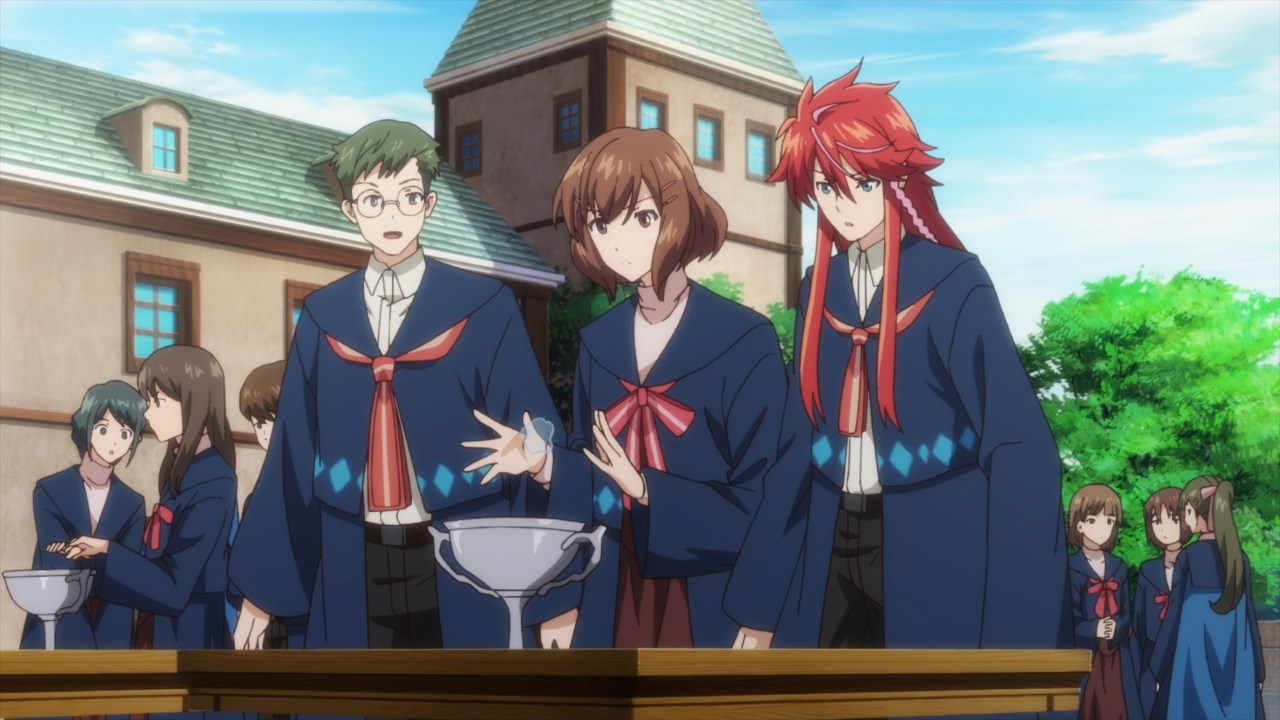 And so, Aira enrolled to the Royal Academy where she’s quite a quick learner as Aira can casts various magic spells. Of course, she can’t hold a candle against Sei’s powerful magic. 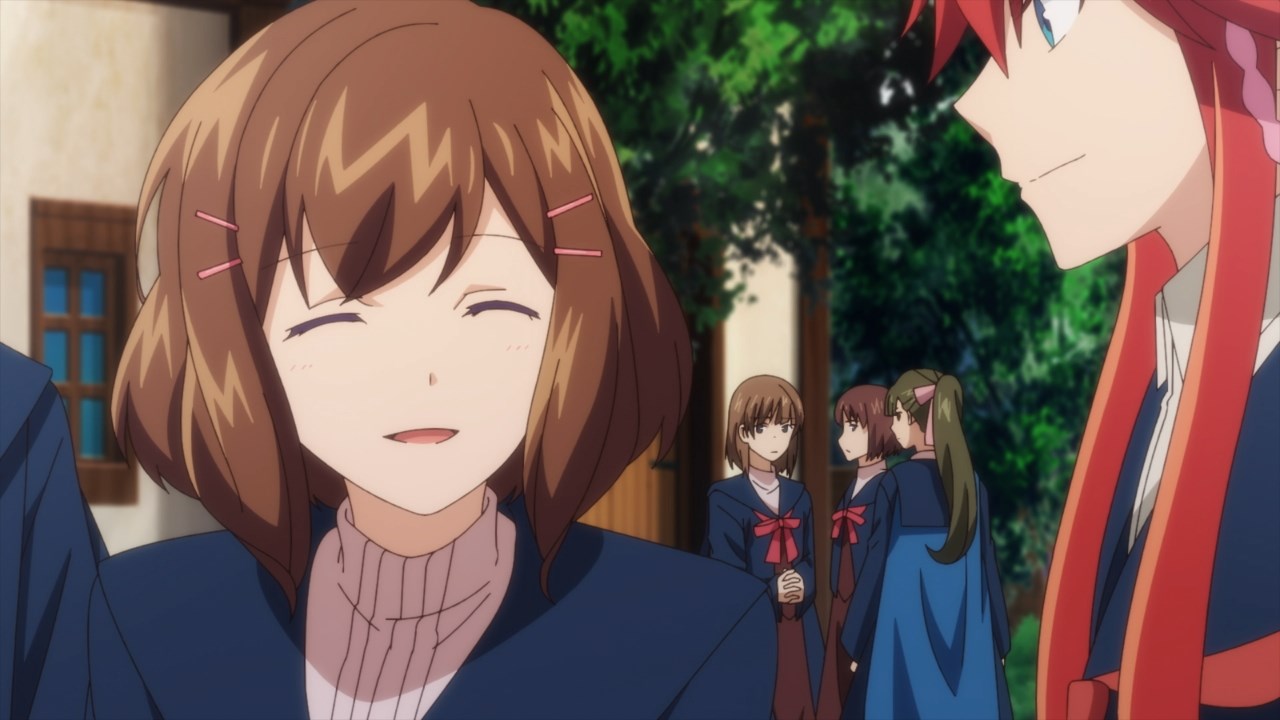 However, some girls are really jealous towards Aira Misono because Prince Kyle and some of the boys are attracted to Aira’s beauty. I mean, she came from the modern world after all. 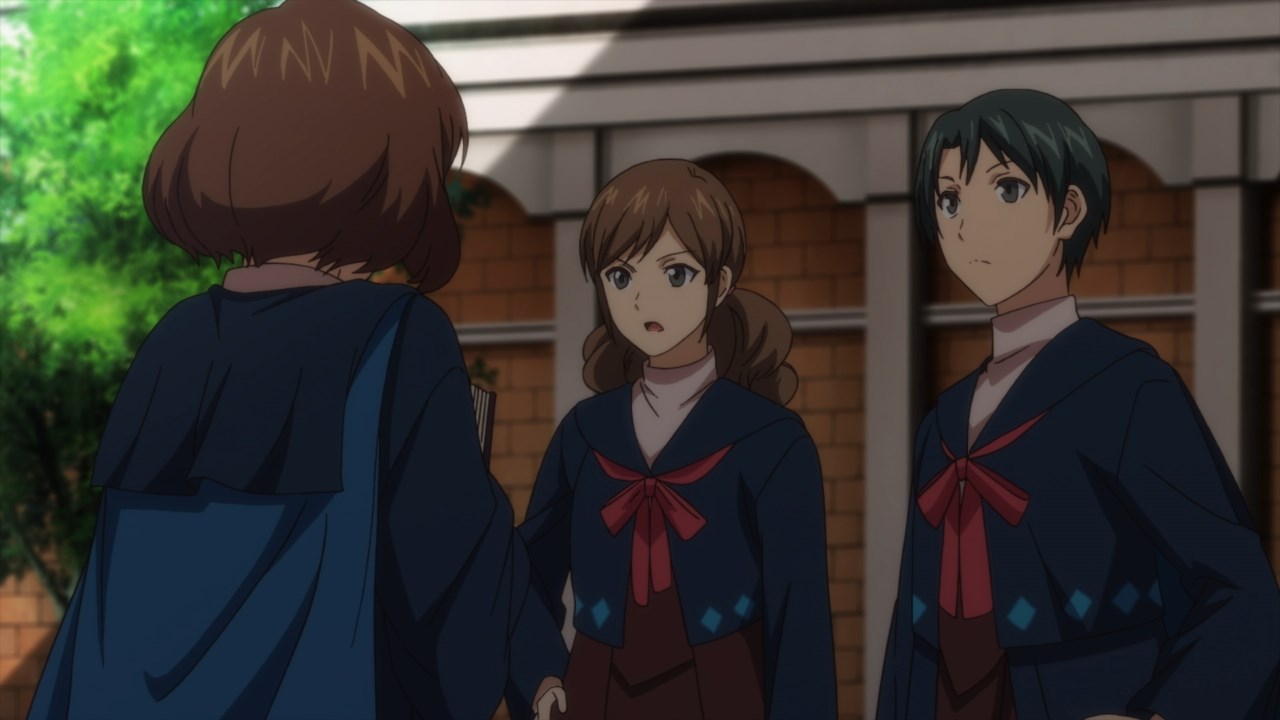 Anyways, the girls told Aira Misono to stay away from Prince Kyle Salutania as he has a fiancé. Oh and it’s not just the crown prince, but everyone who enrolled at the Royal Academy are betrothed to a noble.

I have to say that while Aira got some attention towards some male students, Sei is pretty much lucky as most of the men she encountered with are bachelors. 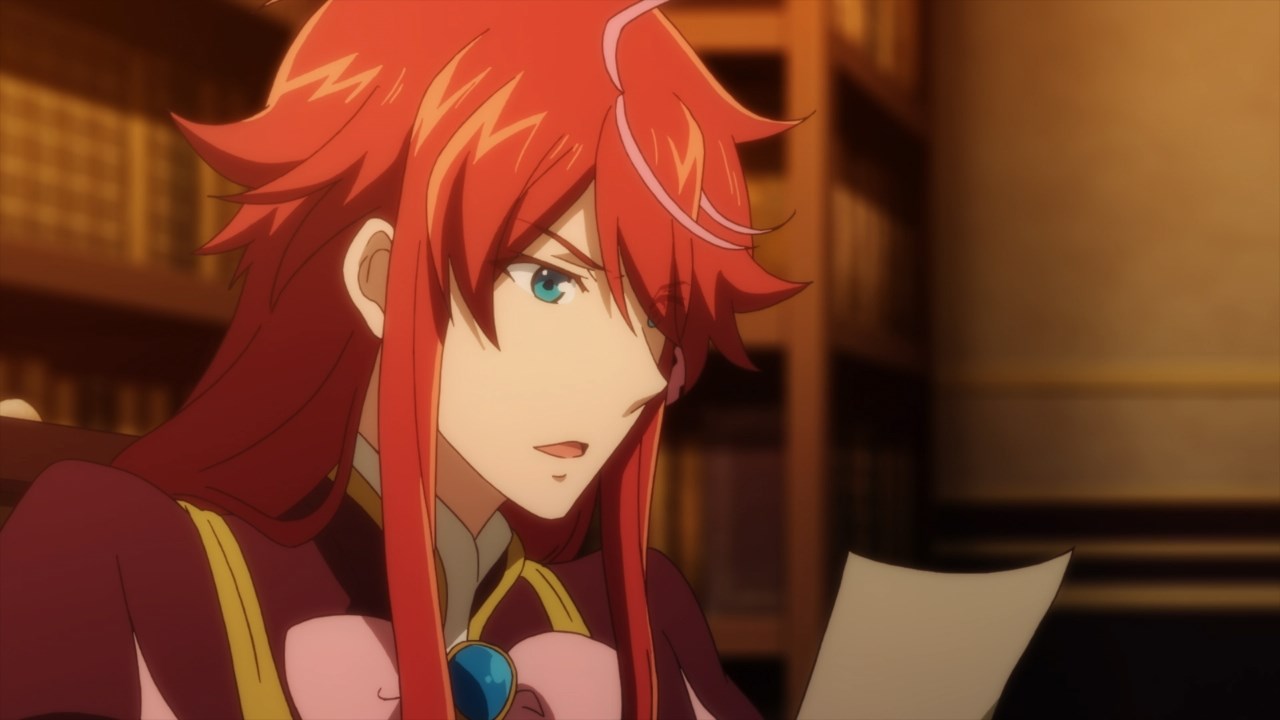 But let’s return to Prince Kyle where he look at the report in regards to Sei Takanashi. C’mon, she healed most of the soldiers at the hospital that the crown prince can’t believe it.

Well, that’s what he gets for dissing the other girl in the first place as Sei is doing better. 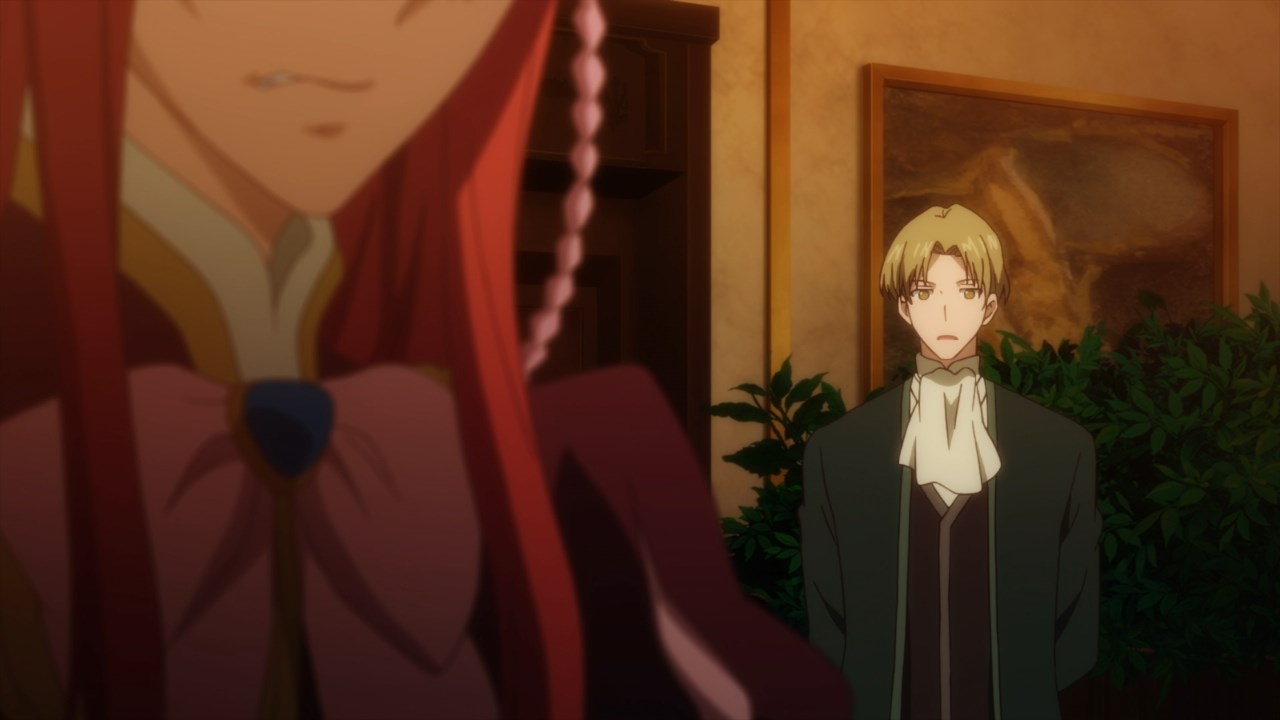 Also, here’s Damien where he warned the crown prince that he should have understand various cultures, especially when someone came from the modern world.

Furthermore, Damien told Prince Kyle that Aira is not suitable for royalty, but that doesn’t stop the crown prince from making her into a saint despite what the report says.

You know something, Damien knows facts that Sei Takanashi is better than Aira Misono even though he’ll become the next prime minister soon enough. 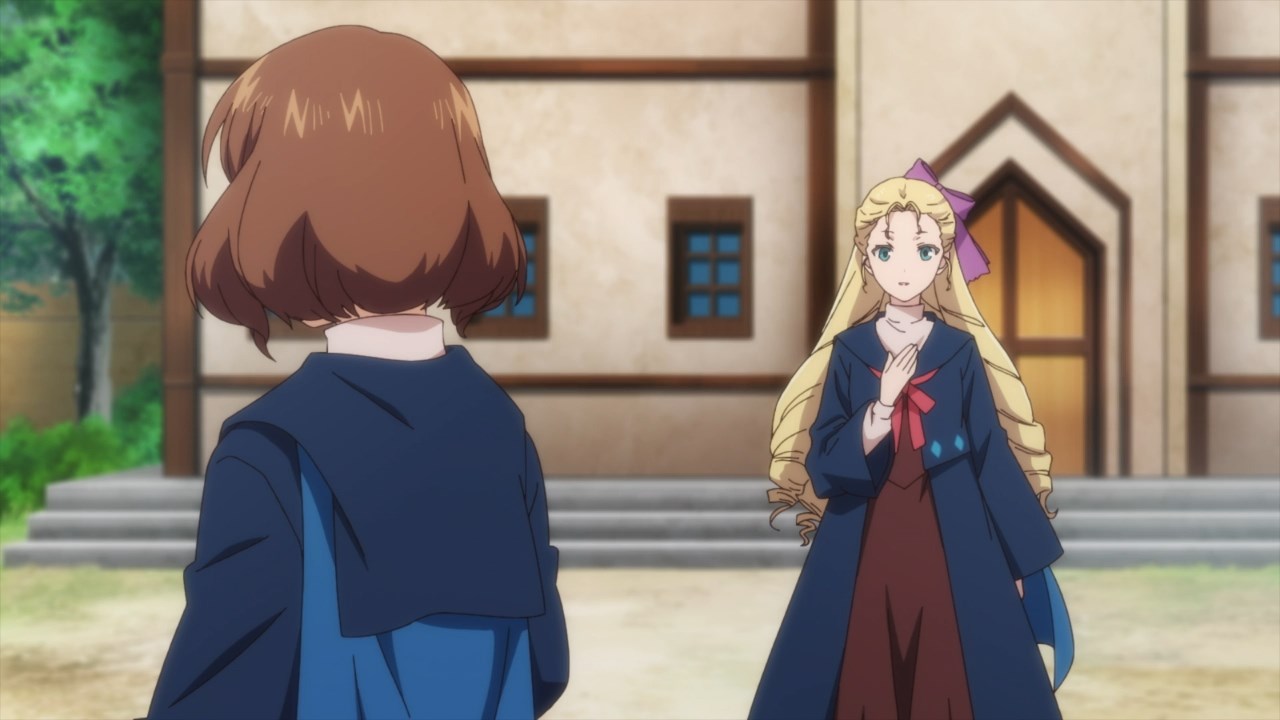 Meanwhile, looks like Aira Misono met Elizabeth Ashley where she wants to talk to the saint, even though Elizabeth knows that Aira’s magic prowess weren’t up to the saint’s standards.

But yes, Elizabeth wants to befriend Aira ’cause she’s worried that some of the students might bully her. 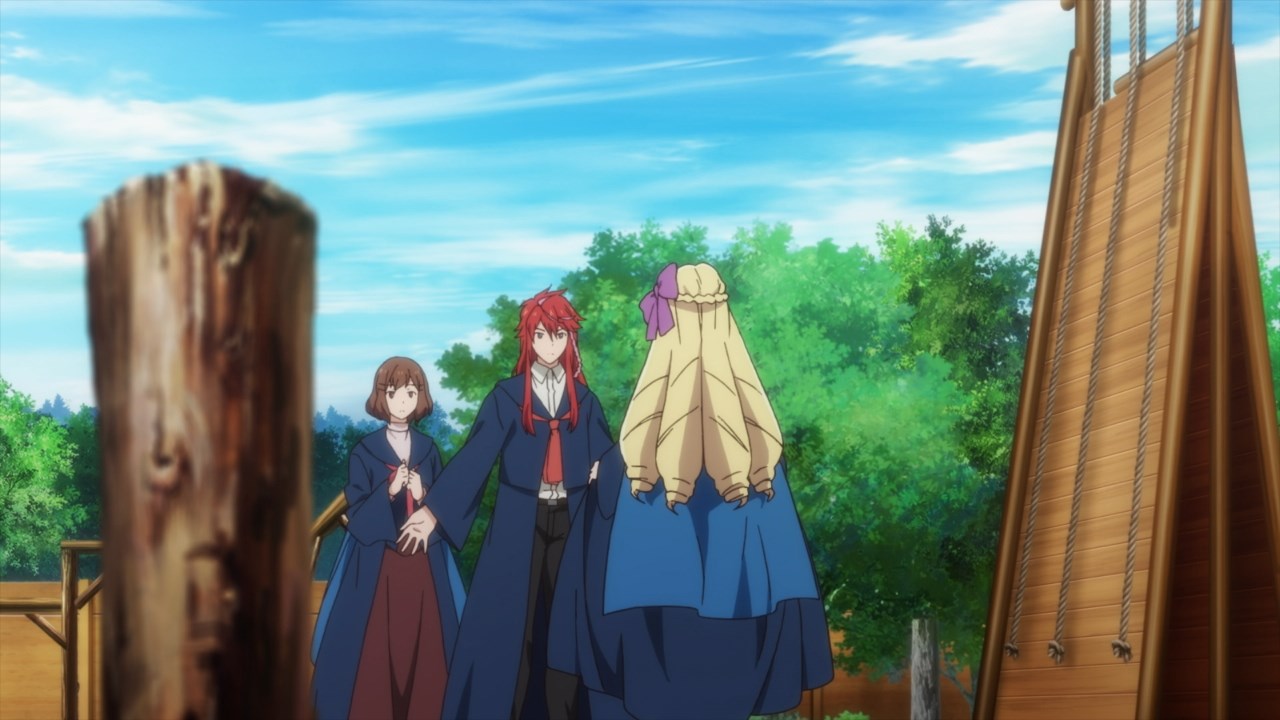 But nope, Prince Kyle Salutania denied it. Okay Mr. Crown Prince, that’s not how you speak to your fiancé as Elizabeth wants to talk to Aira like a friend. 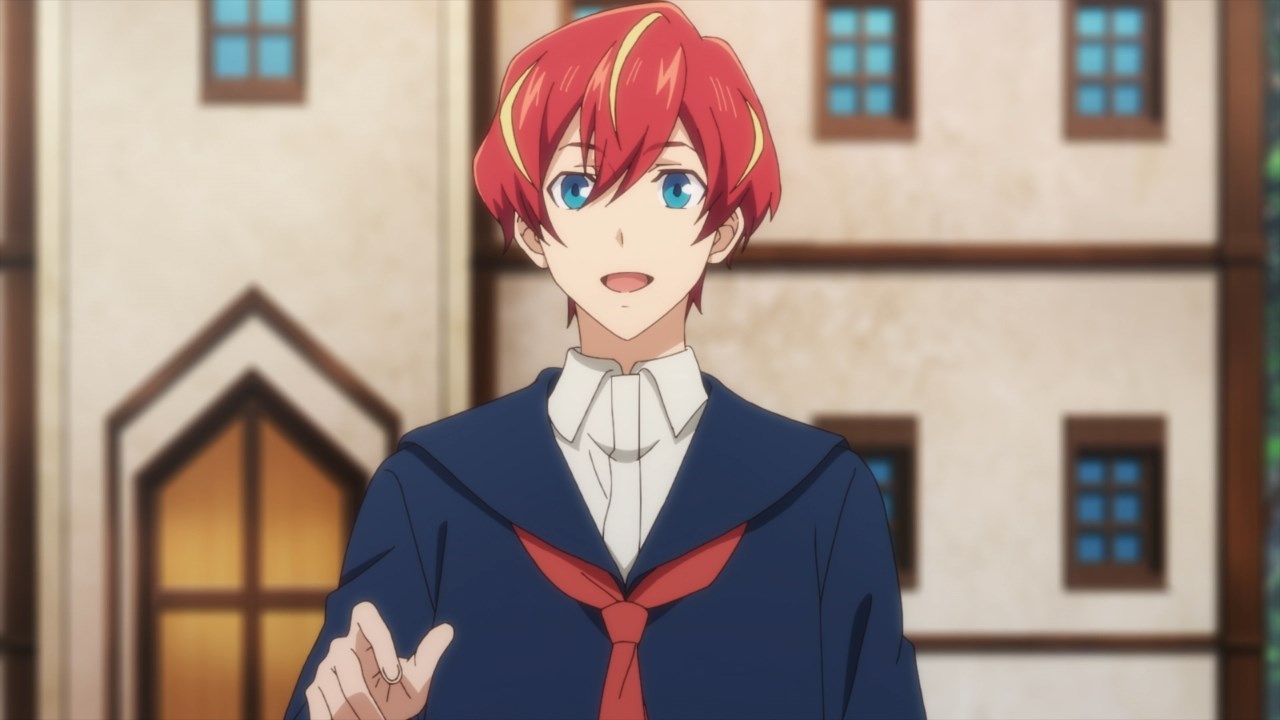 This is Prince Rayne Salutania where he wants to talk to Aira Misono as well, although Prince Kyle won’t let anyone speak of her. 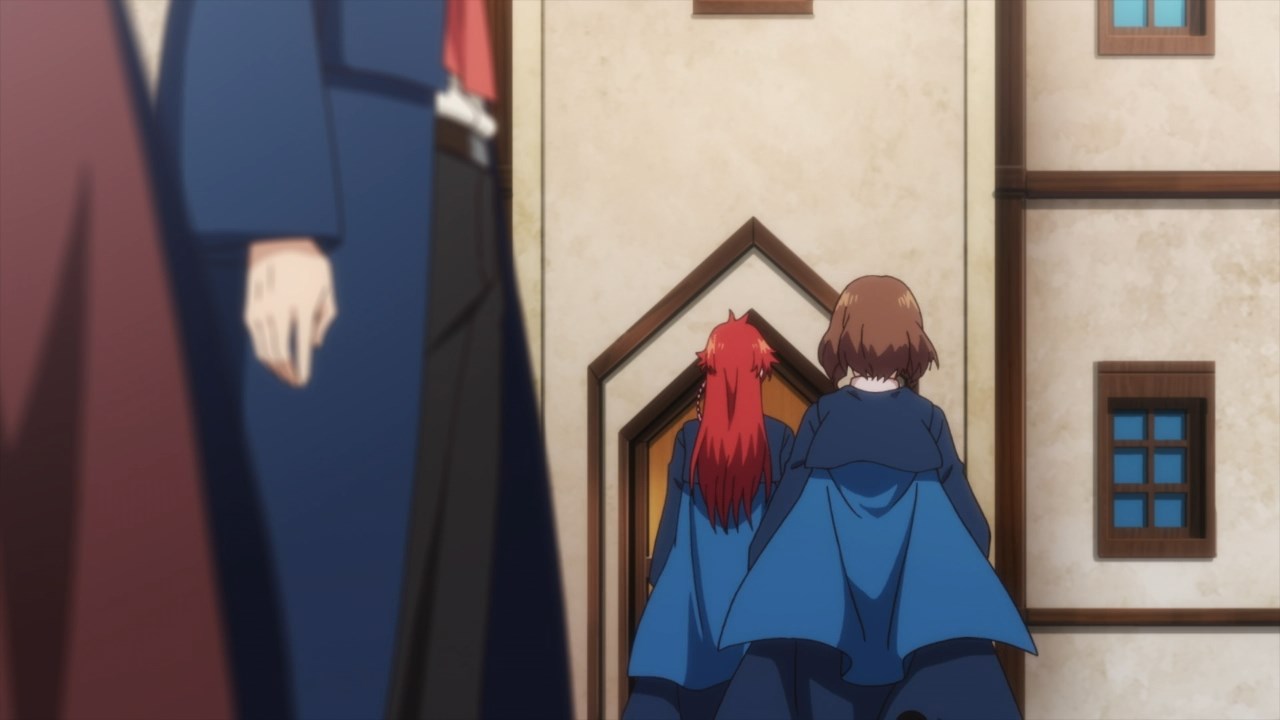 Well then, it’s time for the crown prince and his saint to take their leave but seriously, Prince Kyle Salutania is a goddamn selfish brat where he won’t share Aira Misono to his brother nor his fiancé. 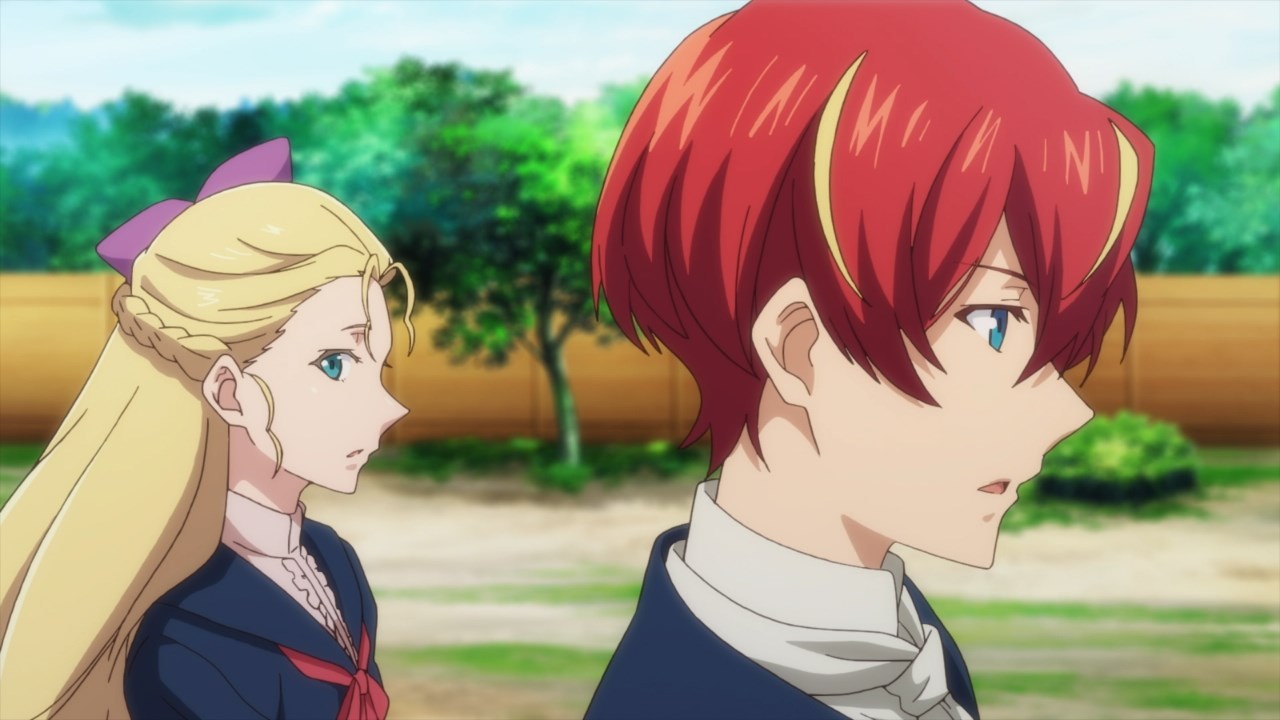 Speaking of Prince Rayne Salutania, he told Elizabeth Ashley that the rumors about Sei Takanashi being the saint is fast-spreading. Honestly, it’ll happen at any time soon on who’s the legitimate saint.

Well then, next episode will be the eventual showdown between Aira Misono and Sei Takanashi. Then again, I don’t think it’ll happen next week!