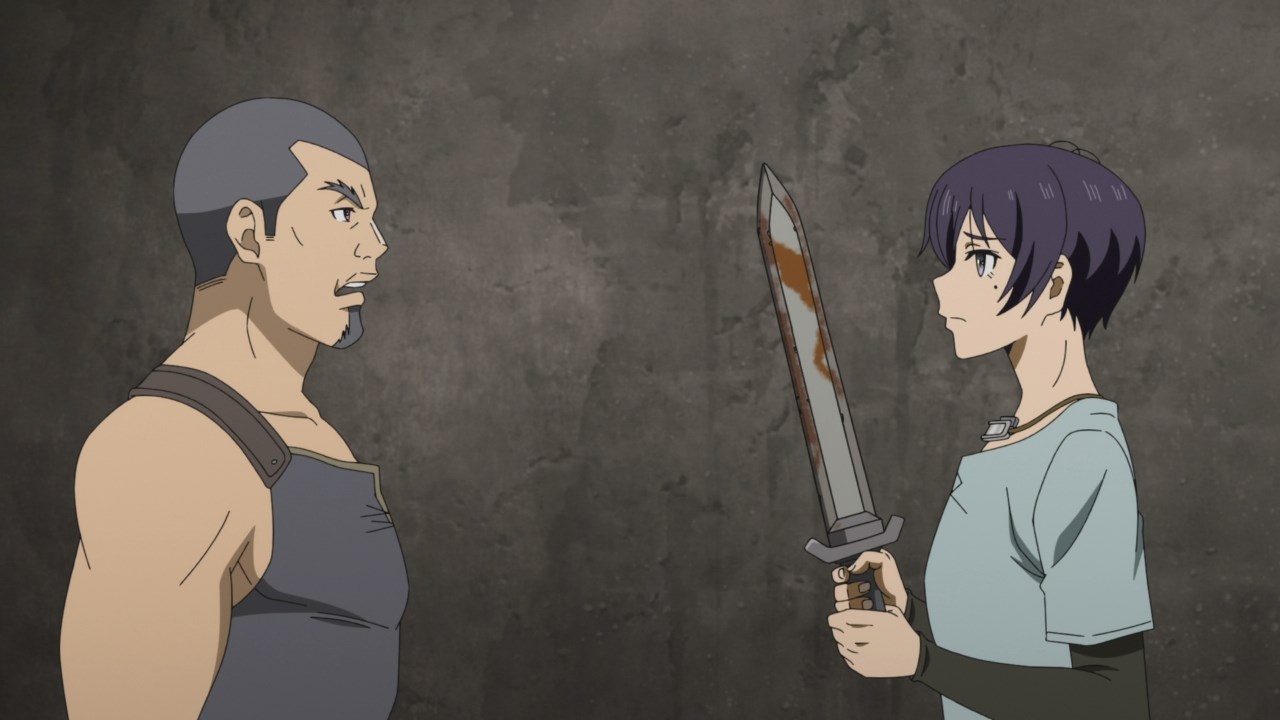 Let’s start with Hiro where he paid a visit to the blacksmith, only to tell him that there’s no time to fix his sword. Makes sense since Ted City is being attacked by monsters. 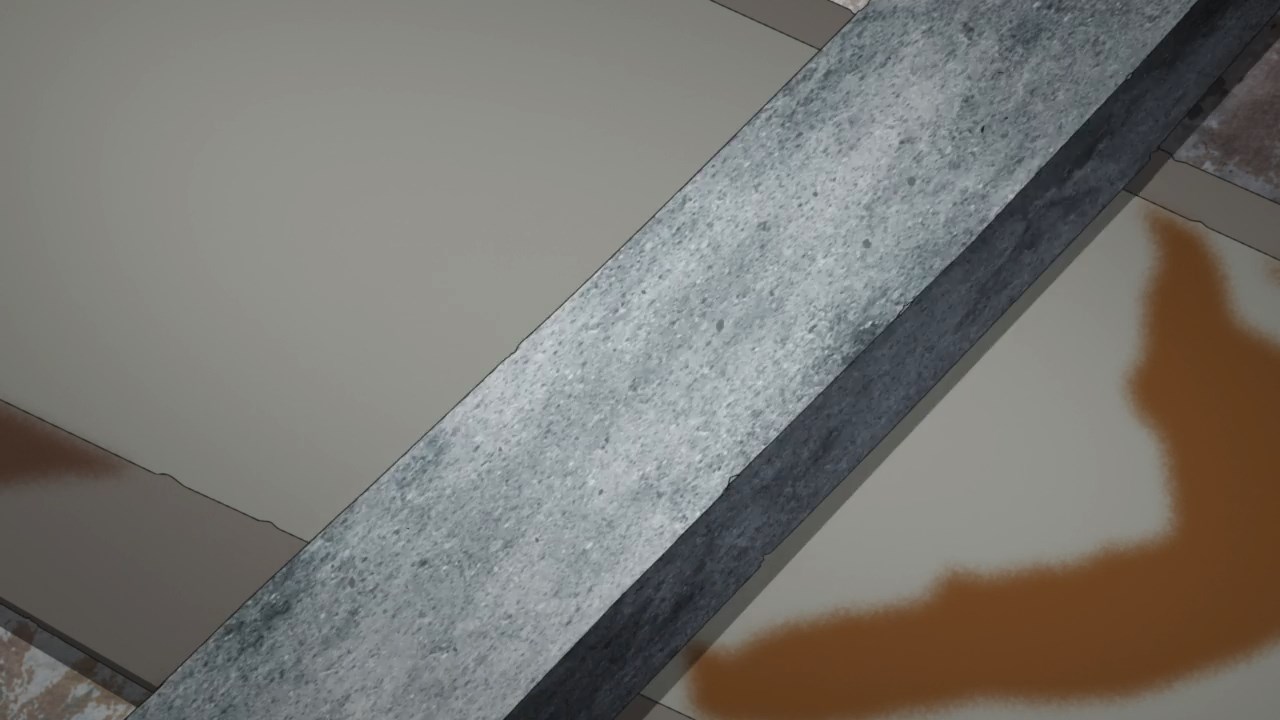 So, the blacksmith advised him to fix his sword by himself by filing the rust away. Yeah, it’s gonna be the most tedious work and would it be better if Hiro stole one of the swords inside the weapons shop? 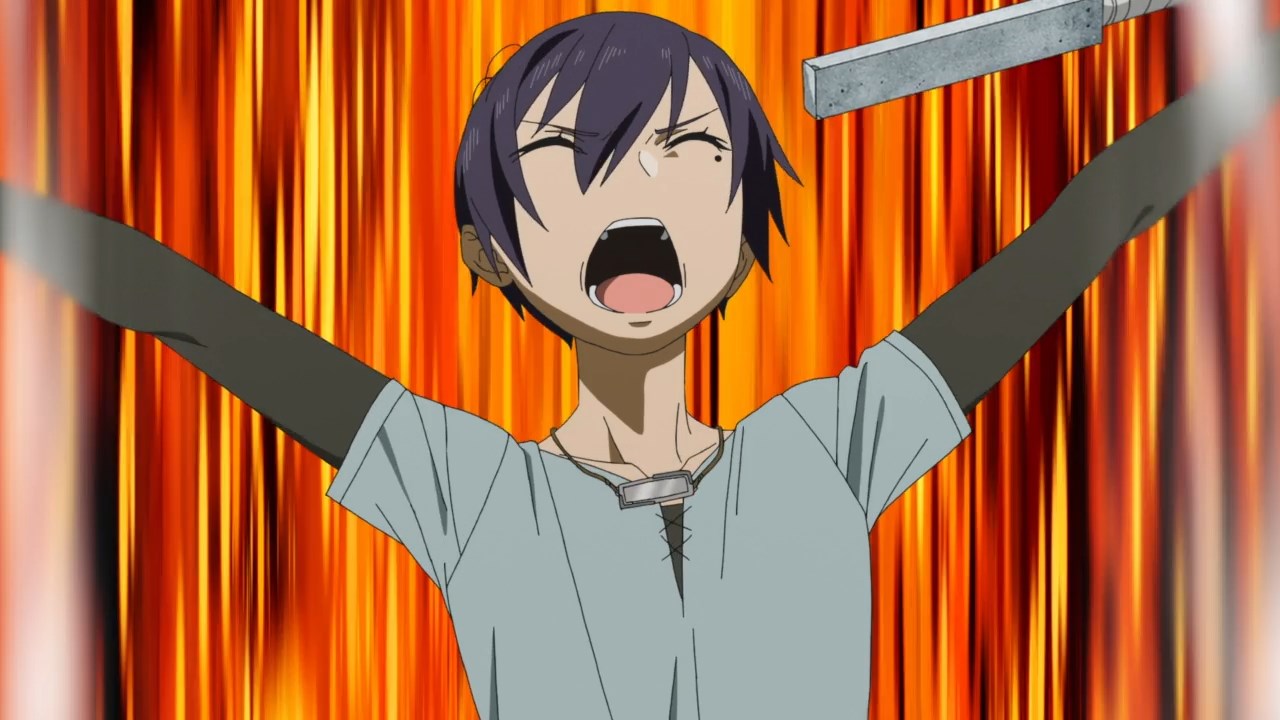 Hell, even Hiro find it ridiculous that he has to file out his sword by hand rather than automatically fix it. Should he continue fixing his sword, the city is already overrun by monsters. 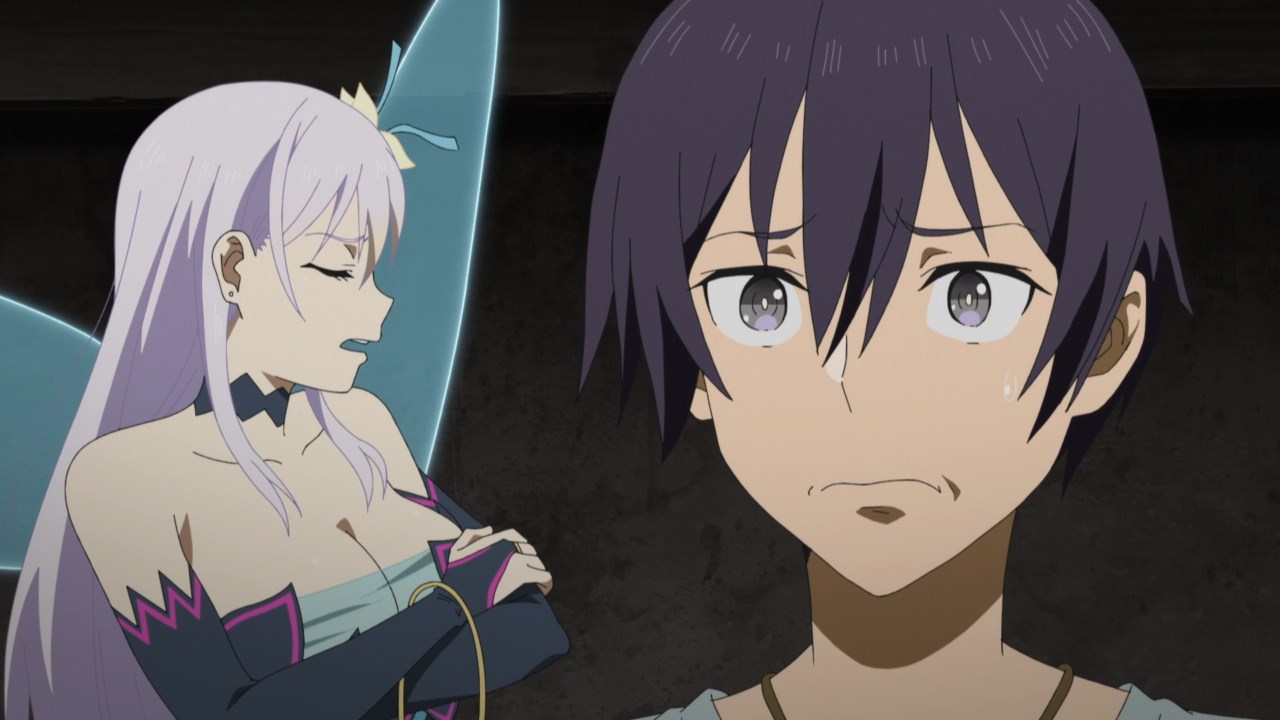 Oh by the way, here’s Reona where she told Hiro that should he die in Kiwame Quest, something bad will happen. Oh I bet that Hiro will die in real-life much like Sword Art Online.

However, Reona told Hiro that his VR console will get destroyed instead of frying his brain. Oh by the way, his VR console is very expensive that buying a replacement will be impossible given that he gives some of the money to those bullies.

Well, that’s the most cruelest way to destroy a console just being getting killed, therefore Reona admits that Kiwame Quest is nothing more than a shitty full-dive game. Really Reona, you realize that just now! 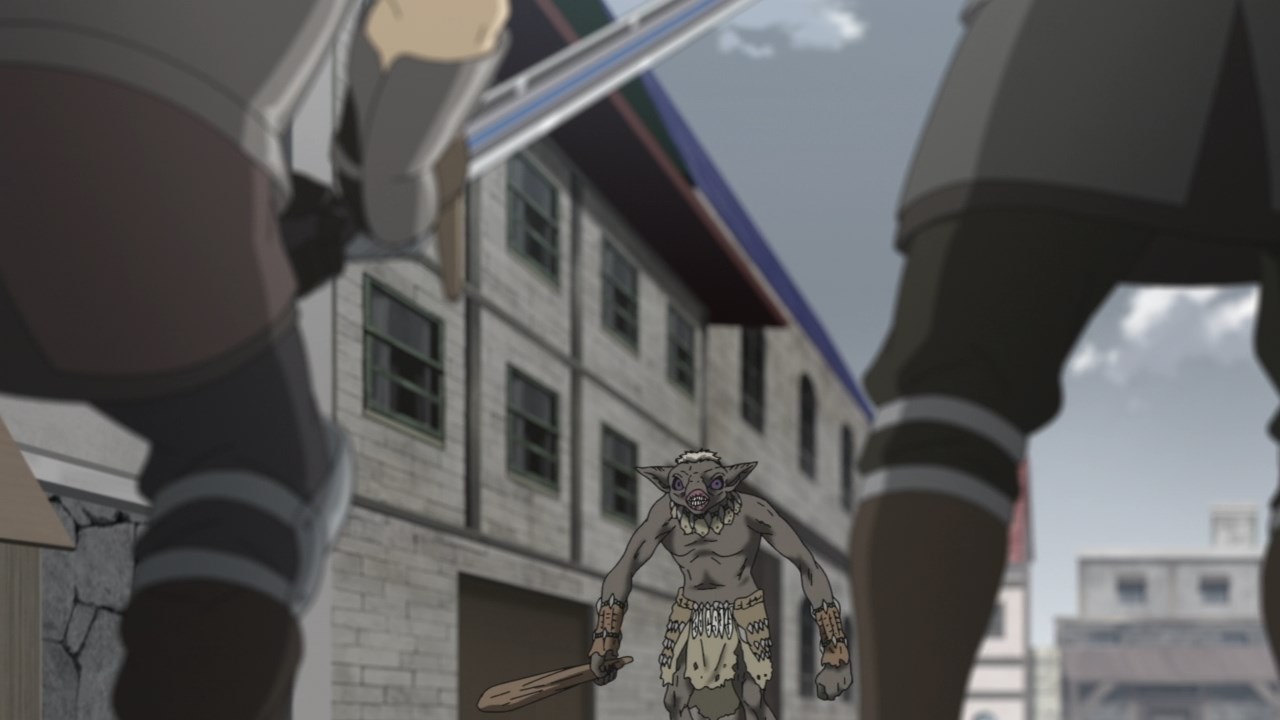 Now then, the city of Ted is being attacked by goblins rather than Alicia as I hope for. But here’s the thing though as these goblins are very dangerous. 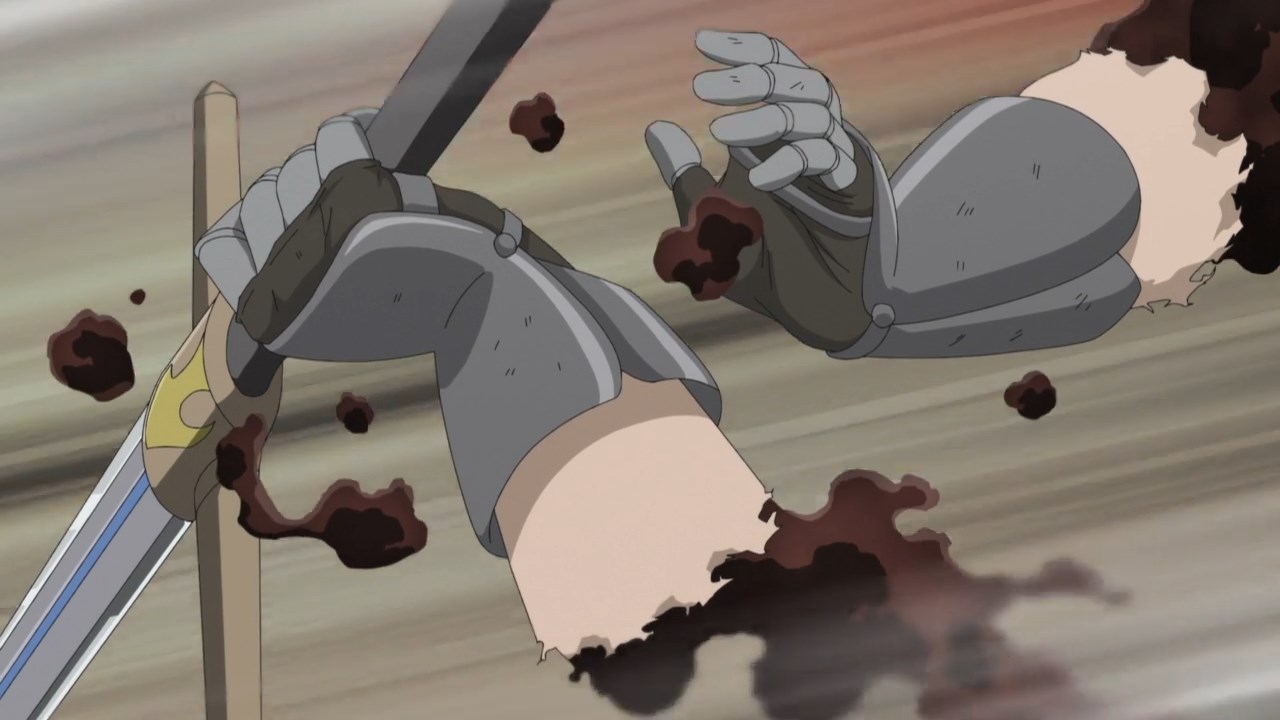 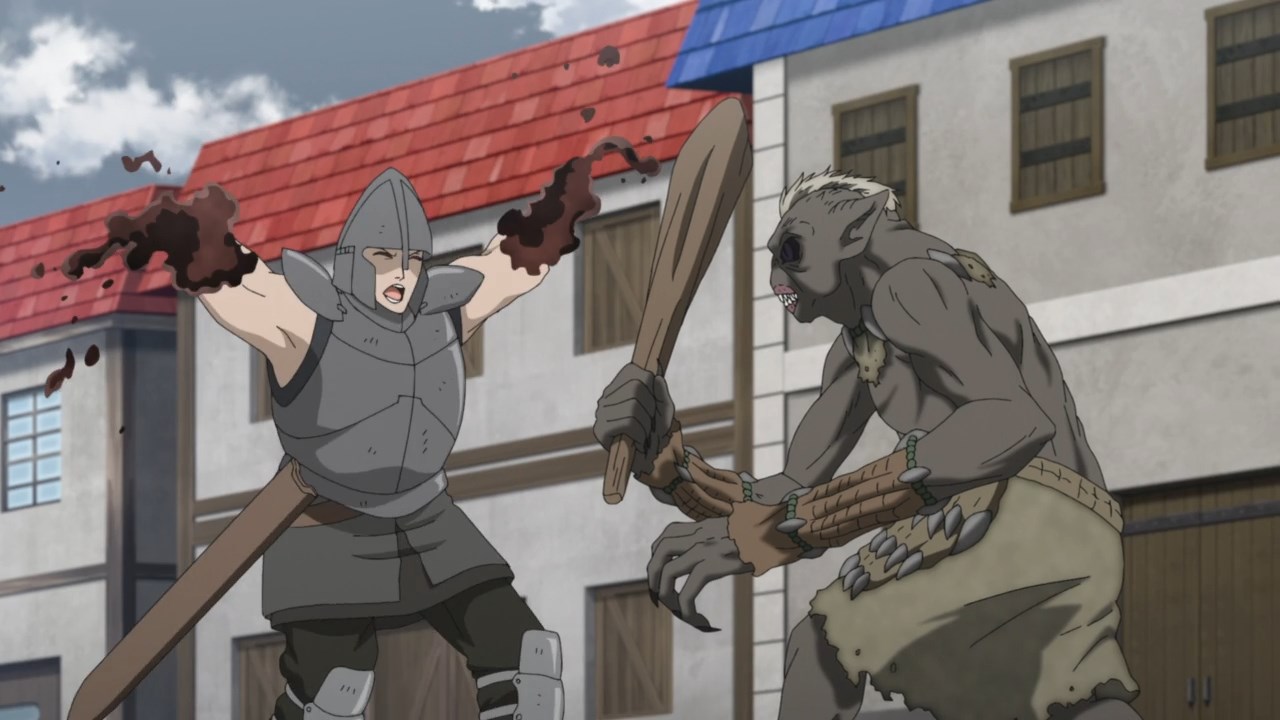 And as you can see, these City Guards didn’t stand a chance against them as they either lose their limbs, or get clobbered to death. But yeah, Ted City is doomed! 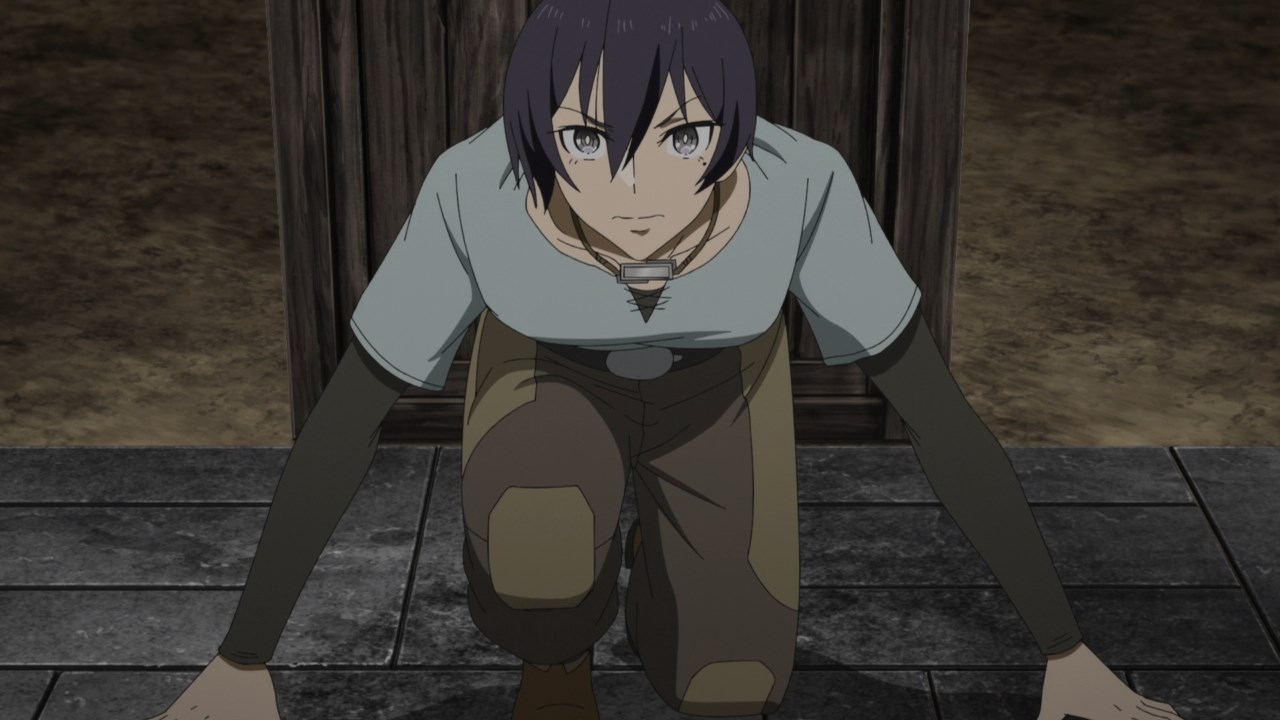 Of course, Hiro doesn’t want anyone to die at the hands of goblins as he’s about to save them.

By the way, he changed his pants as his old one reeks with his urine, which is bad ’cause those goblins might smell Hiro’s scent and attack him. 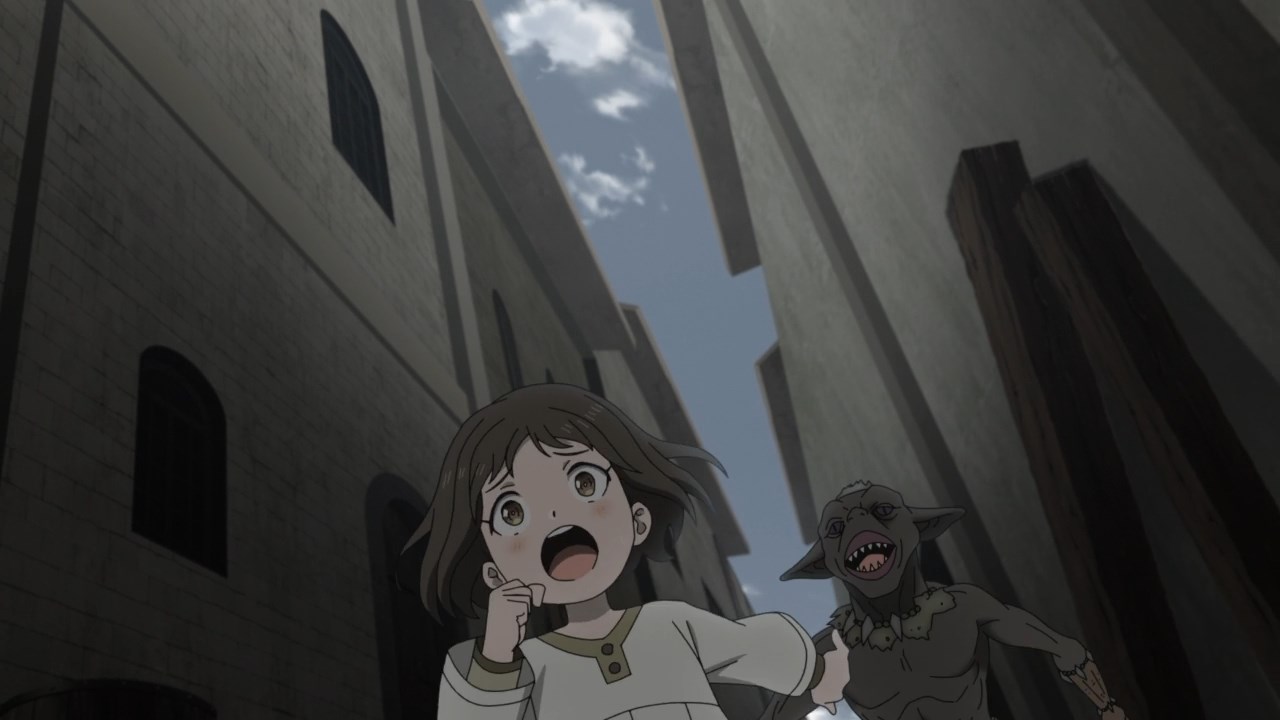 But let’s return to the action where the goblin is about to clobber this little girl. Oh please, not the children! 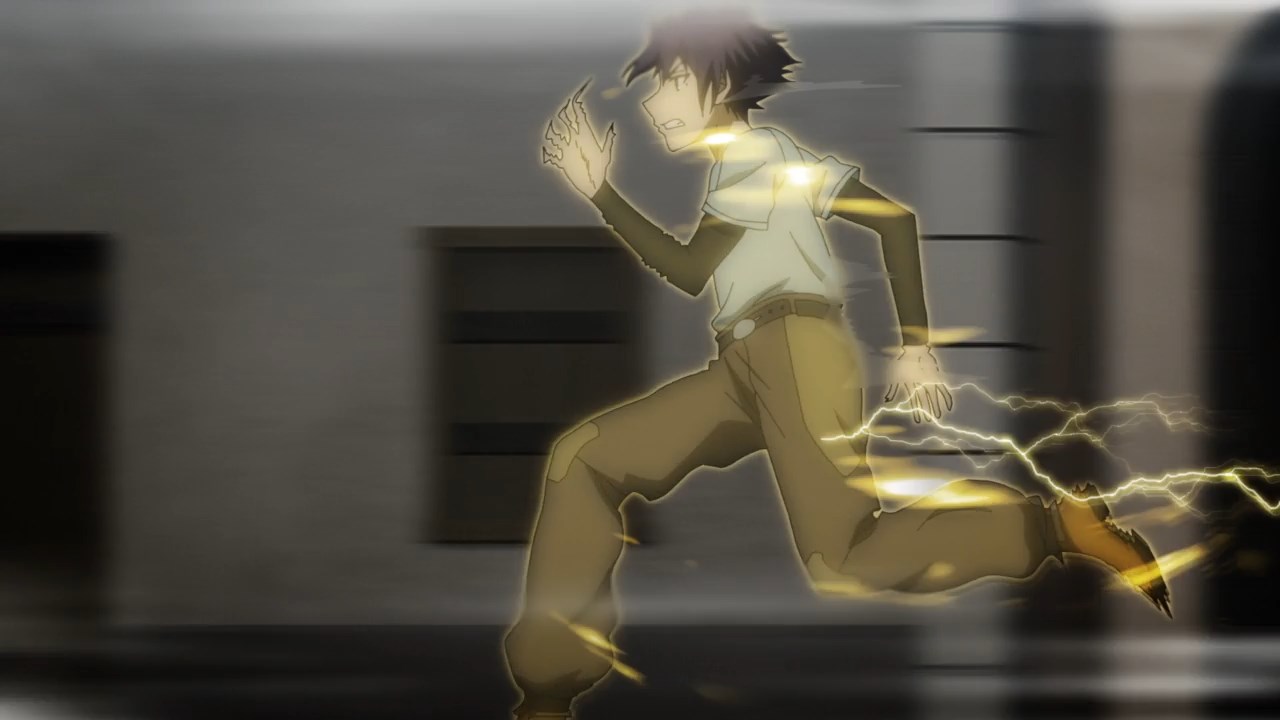 Fortunately, Hiro dashes towards the scene as he’s about to save the little from being killed by a goblin.

All I can say is that his athletic experience works well in Kiwame Quest, which reminds me as Hiro is emulating Sena Kobayakawa from Eyeshield 21! 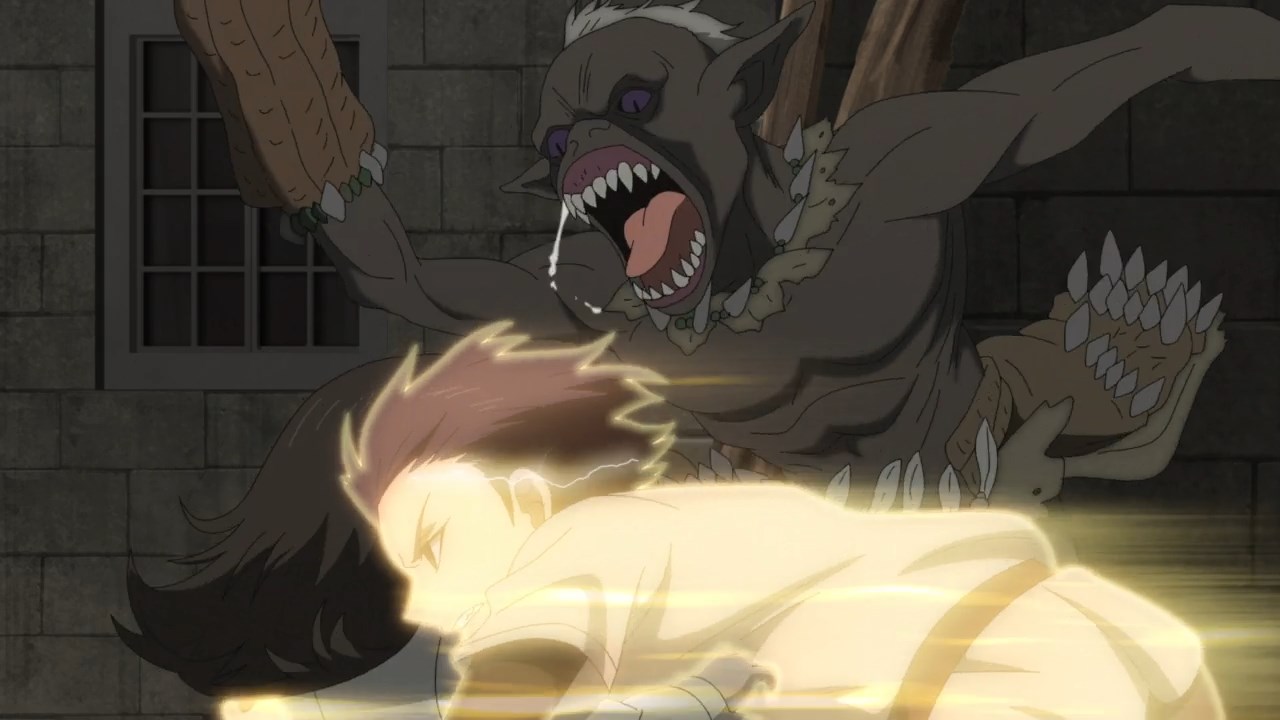 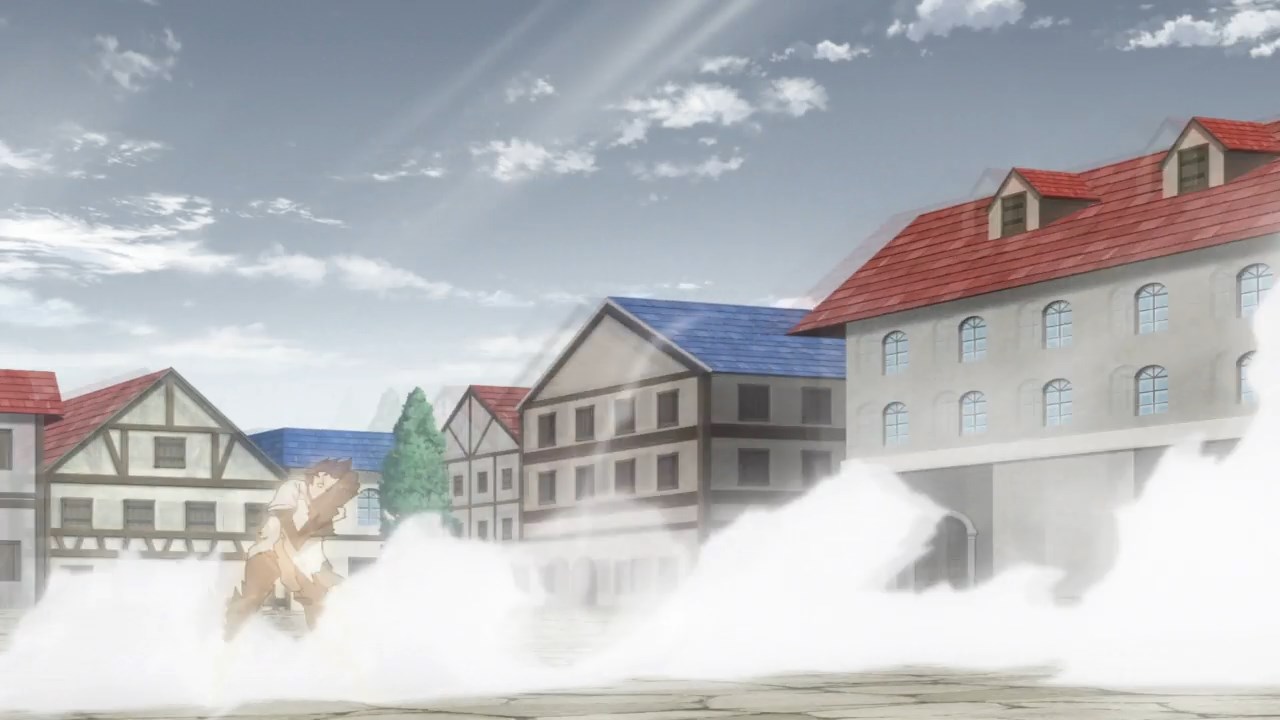 But anyways, Hiro managed to save the little girl instead of being clobbered by a goblin. On the other hand, he gained another useless title which is called “Lolita Complex Best Friend Killer: Amicide who likes little girls”.

Still, Hiro can’t defend himself since he doesn’t have a sword. Even if he did have a weapon, Hiro can’t use it effectively against goblins. 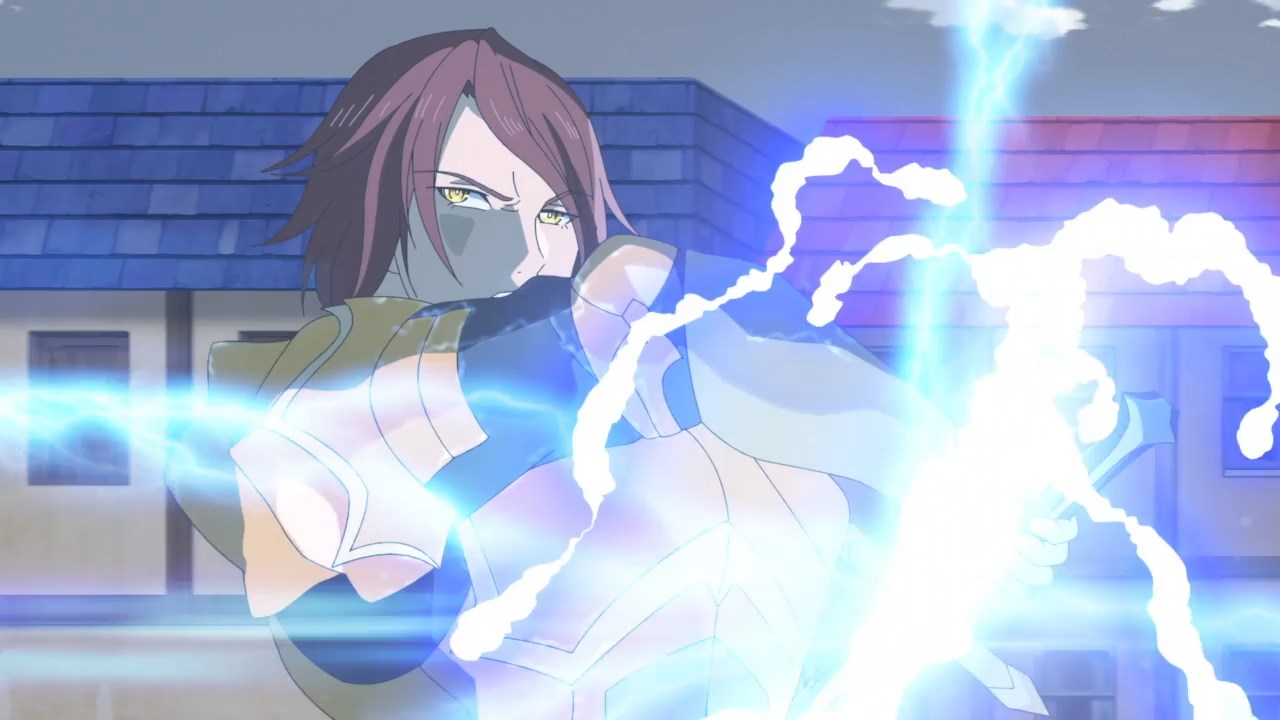 Fortunately, help has arrived in the form of Tesla where the captain of the City Guards is here to kill those goblins in a single blow. 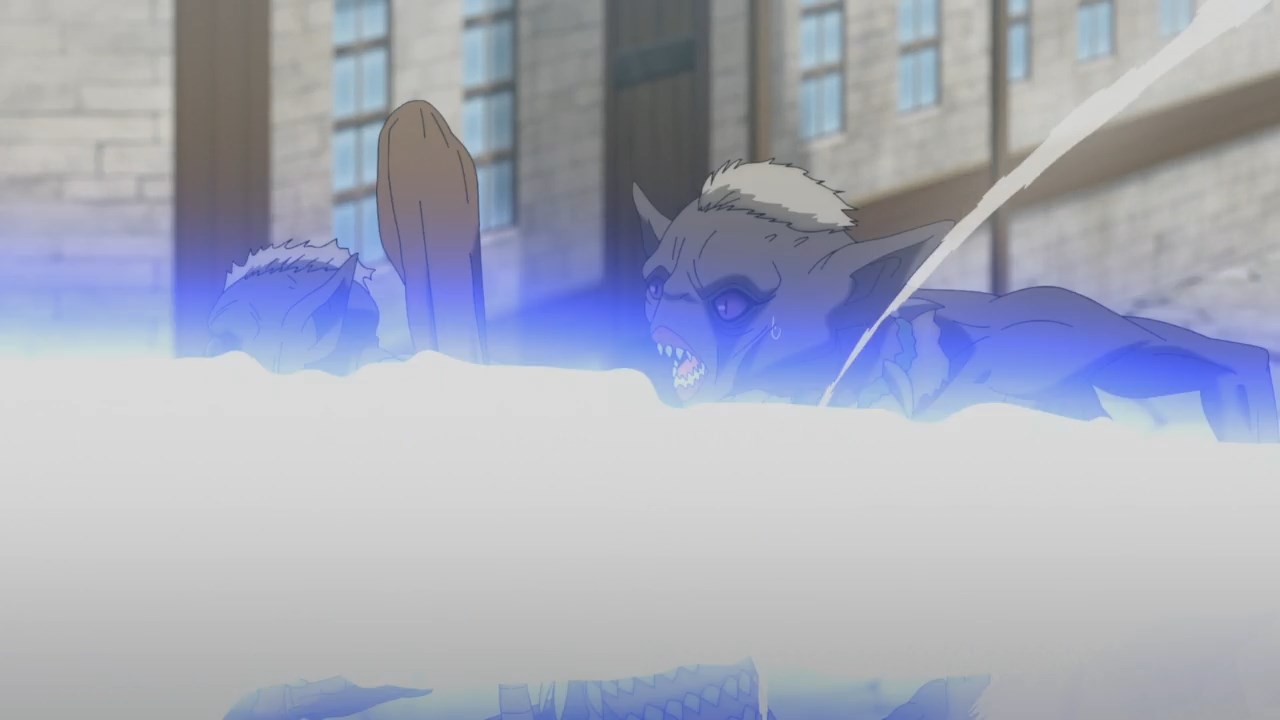 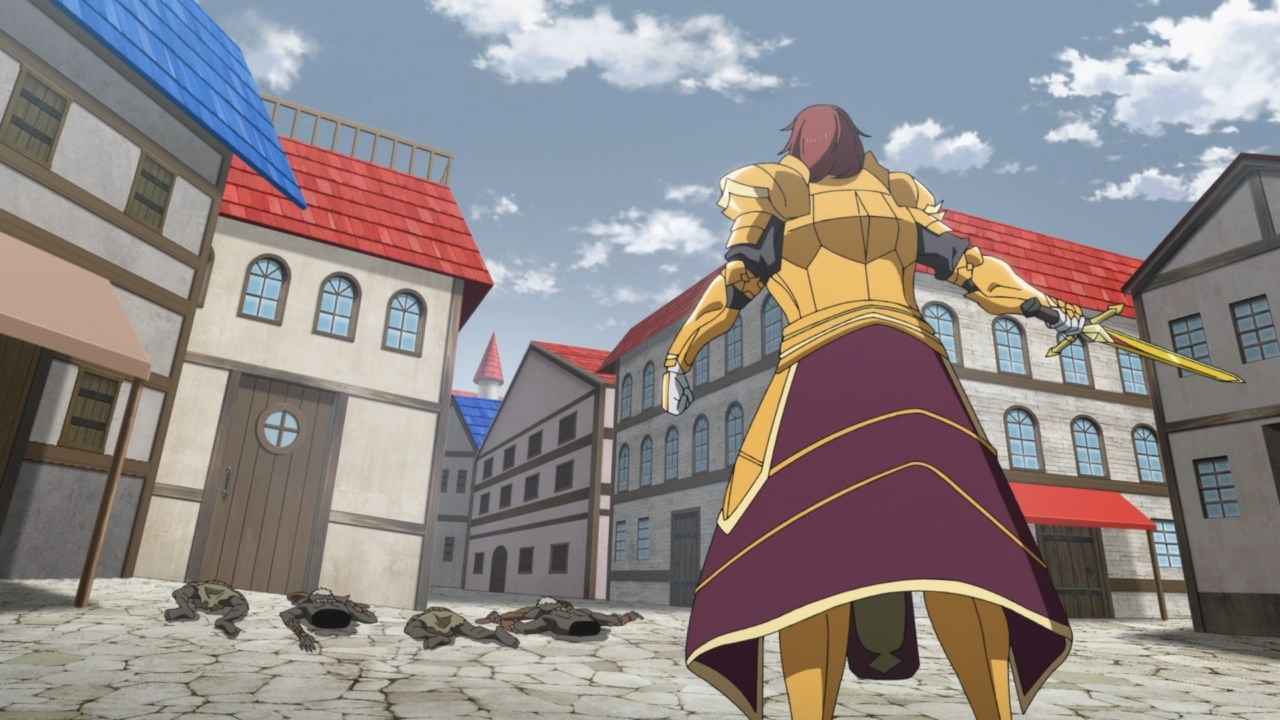 And as you can see, Tesla’s Lightning Extreme did a great job on defeating a horde of goblins. Looks like the city of Ted is finally safe! 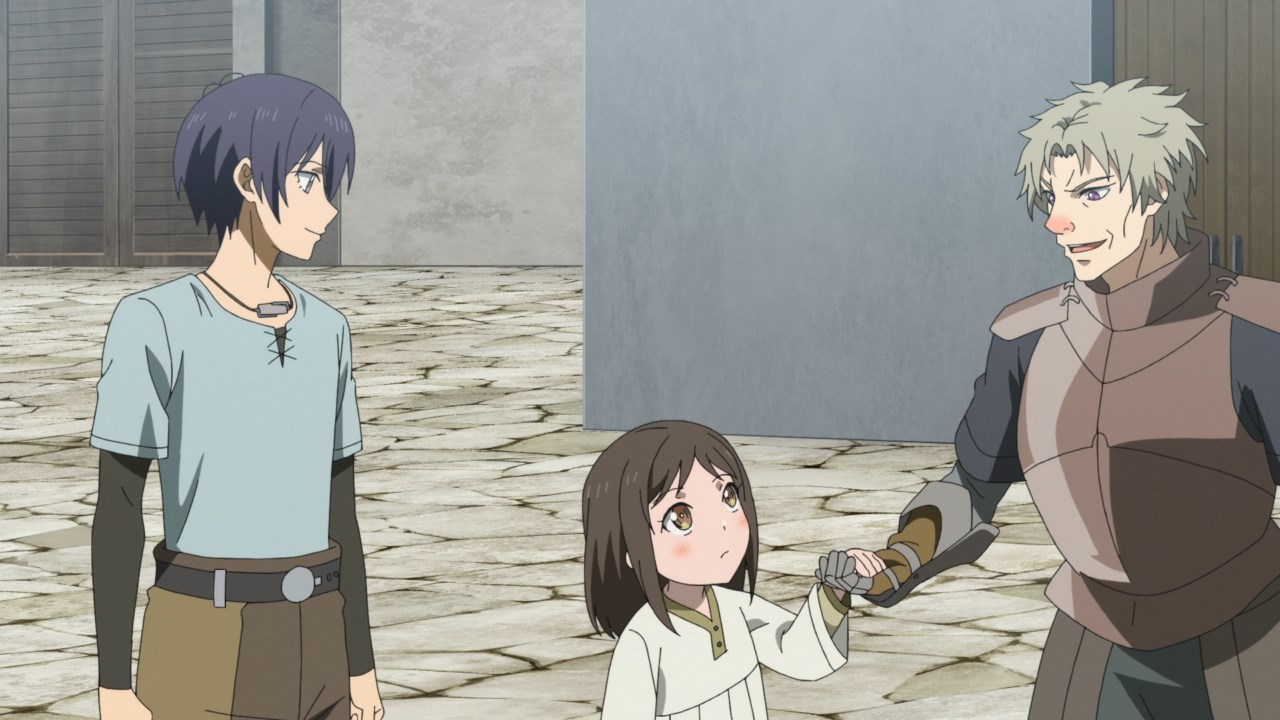 And now, it’s time for the City Guards to take over as they’ll take the little girl to her parents. 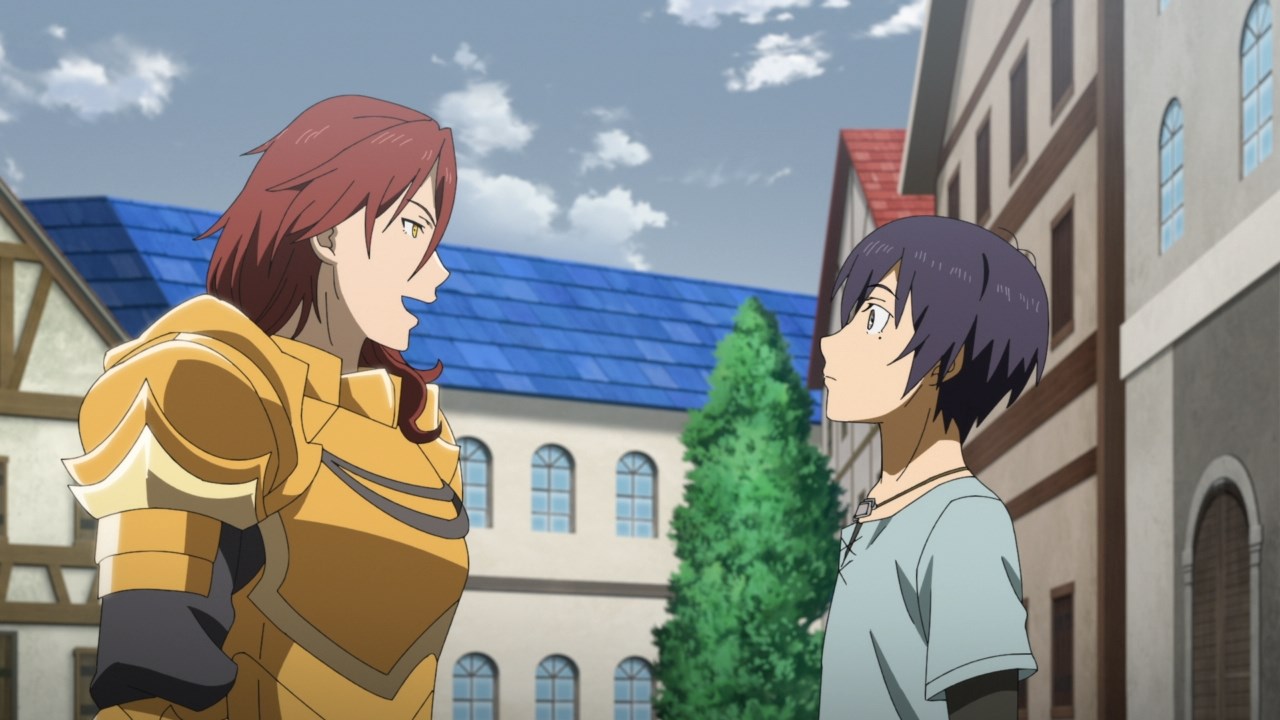 As for Hiro, looks like Tesla invites him to the City Guard in which they needed some manpower to protect the city.

Of course, Hiro accepted the offer since he wants to experience some real adventure but then again, he should think twice on joining the City Guard first. 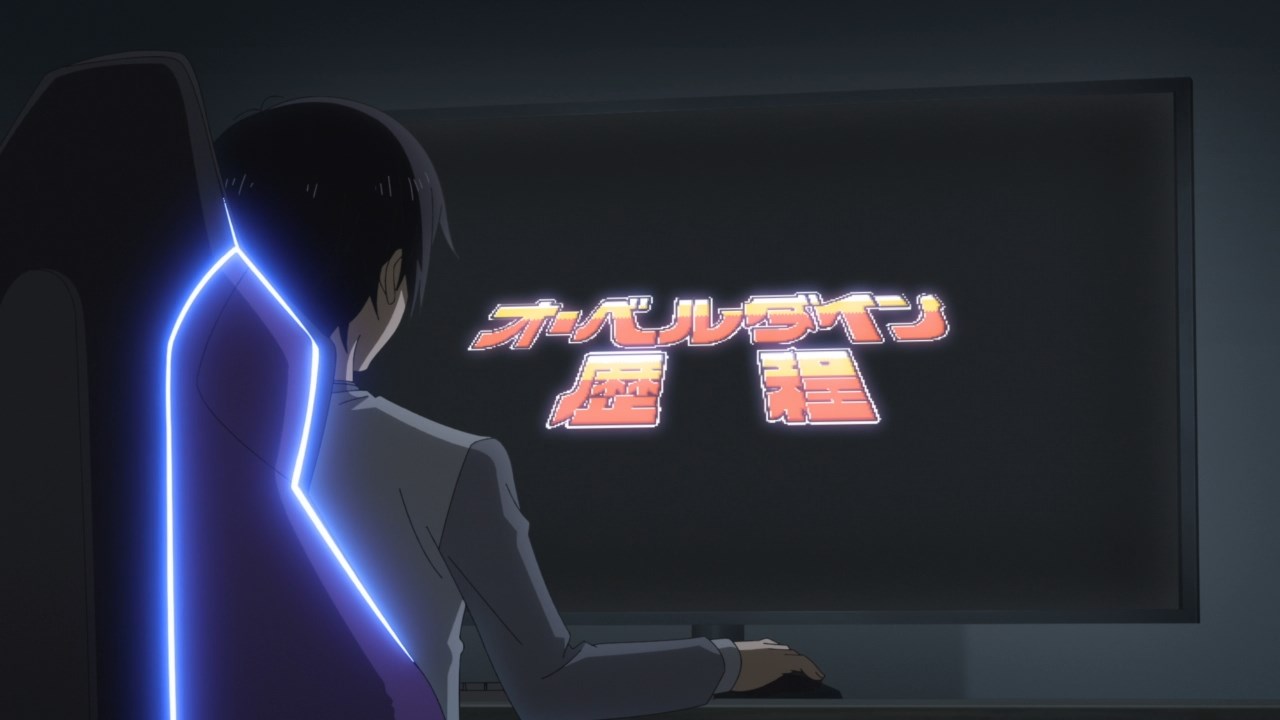 So, it’s time for Hiro to check Kamui’s Auberdine Walkthrough in which it’s the essential guide on clearing Kiwame Quest despite having a foul mouth.

Now then, let’s see what’s in store from Kamui, especially when dealing with goblins and the aftermath of it. 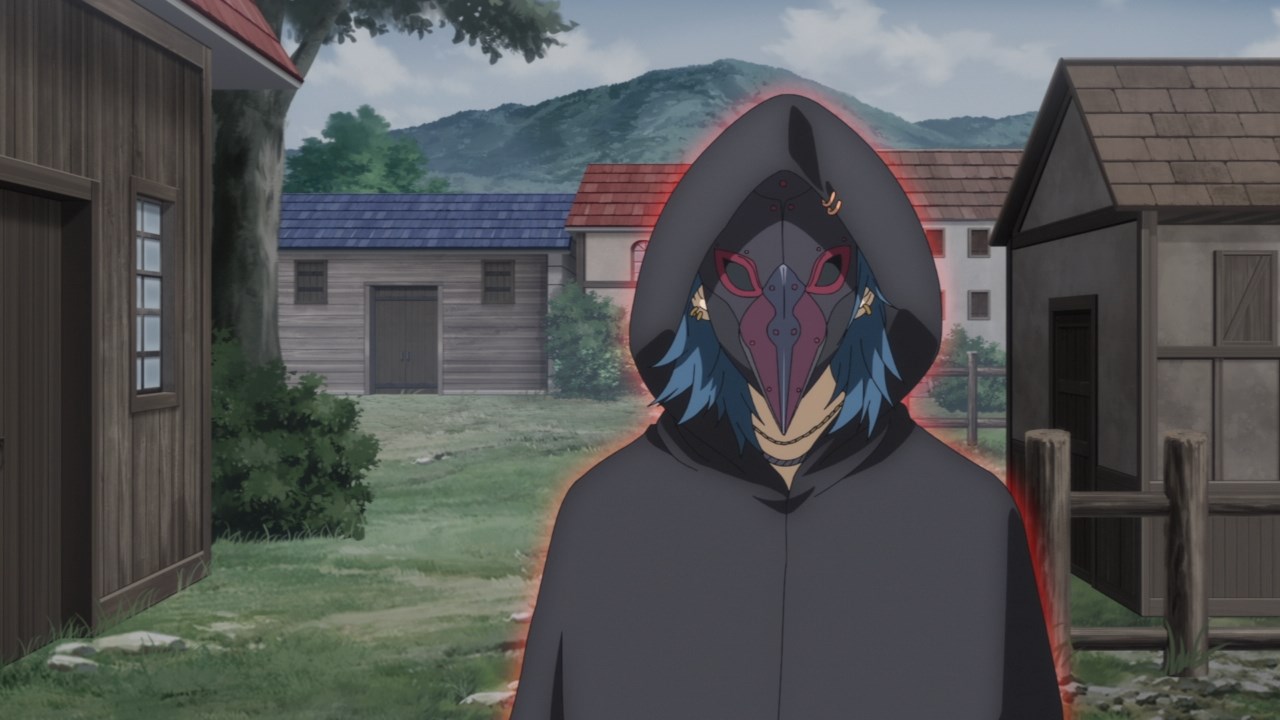 However, Kamui warned anyone not to join the City Guard because their chance of survival would be 0.1 percent. Basically, their VR console will become a broken paperweight in seconds if they go to that route.

Unfortunately, Hiro already signed up with the City Guard, meaning that his console will be blown to smithereens should he died while serving the City Guard. 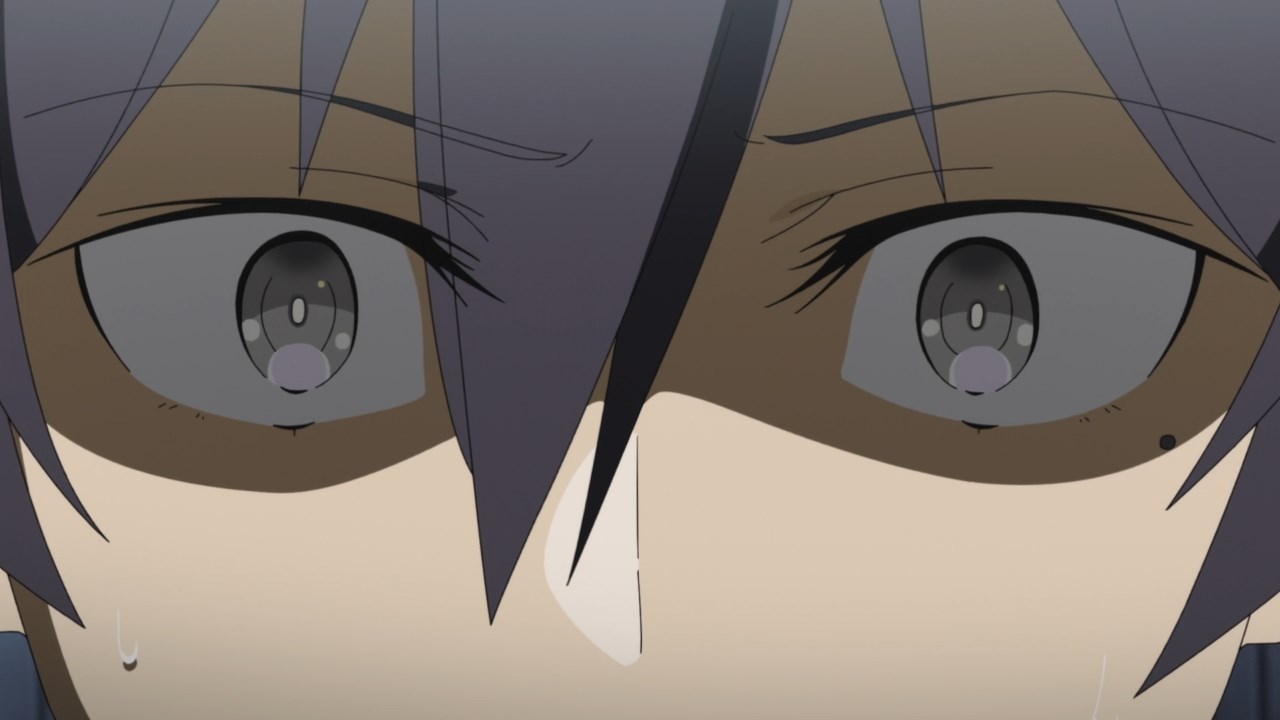 Well then, looks like Hiroshi Yuuki is officially fucked-up as there’s no way he’ll survive on this shitty game.

But you know what, I believe that Hiro will persevere on clearing Kiwame Quest as he needs to act like Seiya Ryuuguuin. Well then, I’ll see you next time!