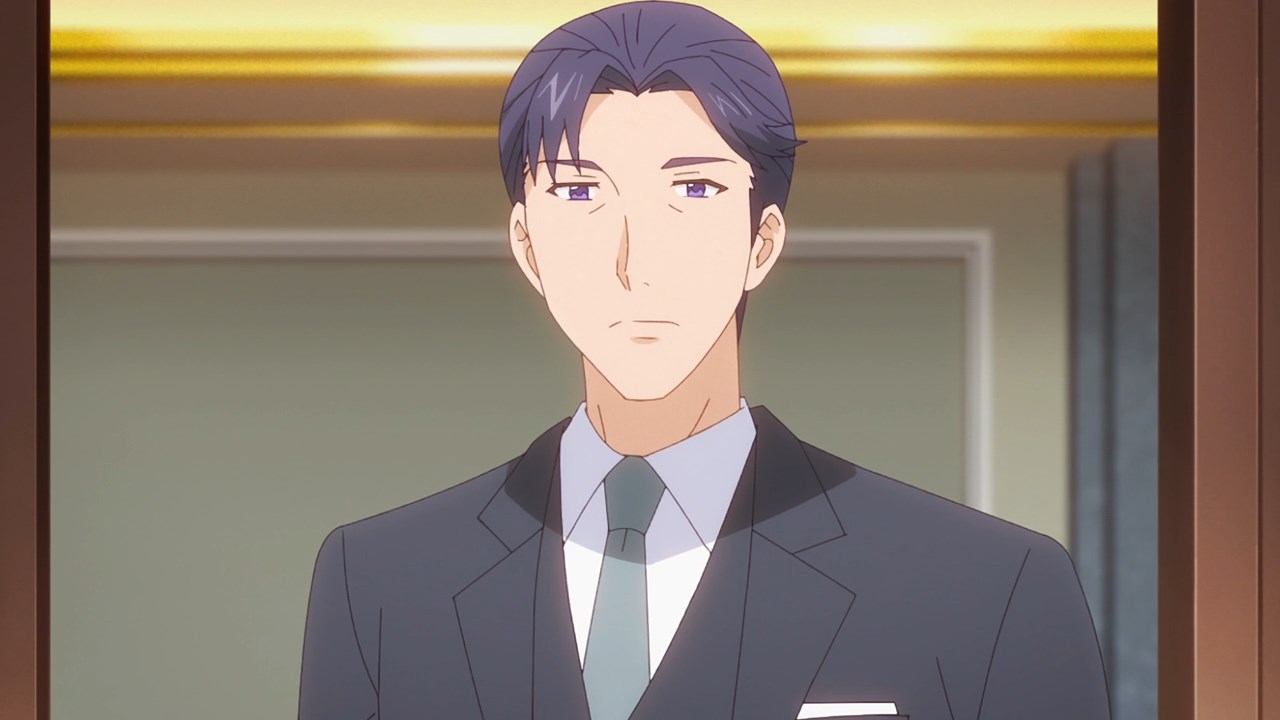 Oh look what we have here, it’s Shirokusa’s father Souichirou Kachi where he wants to know the current situation given that he finally met Sueharu Maru for a long time. 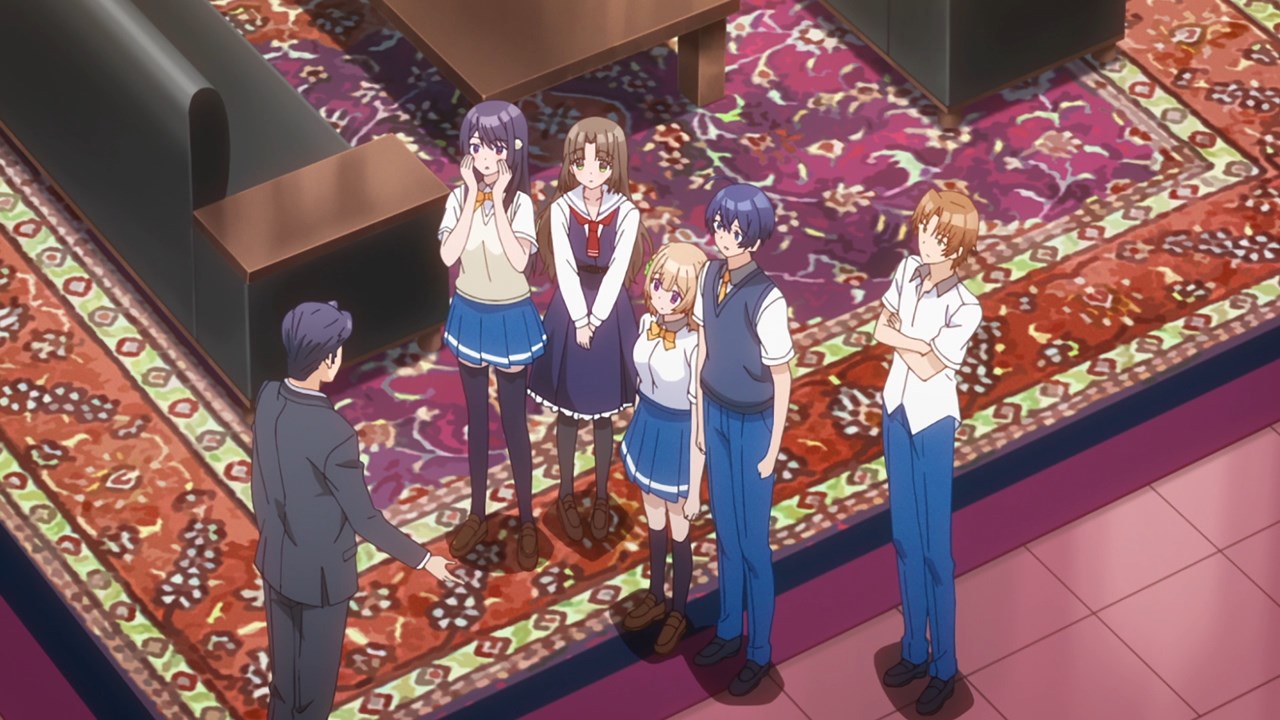 But yes, Sueharu and his friends explained that Shun Hardy mocked Kuroha Shida for being a trashy girl, hence Maru poured wine onto the producer’s head because he wants to protect his childhood friend. 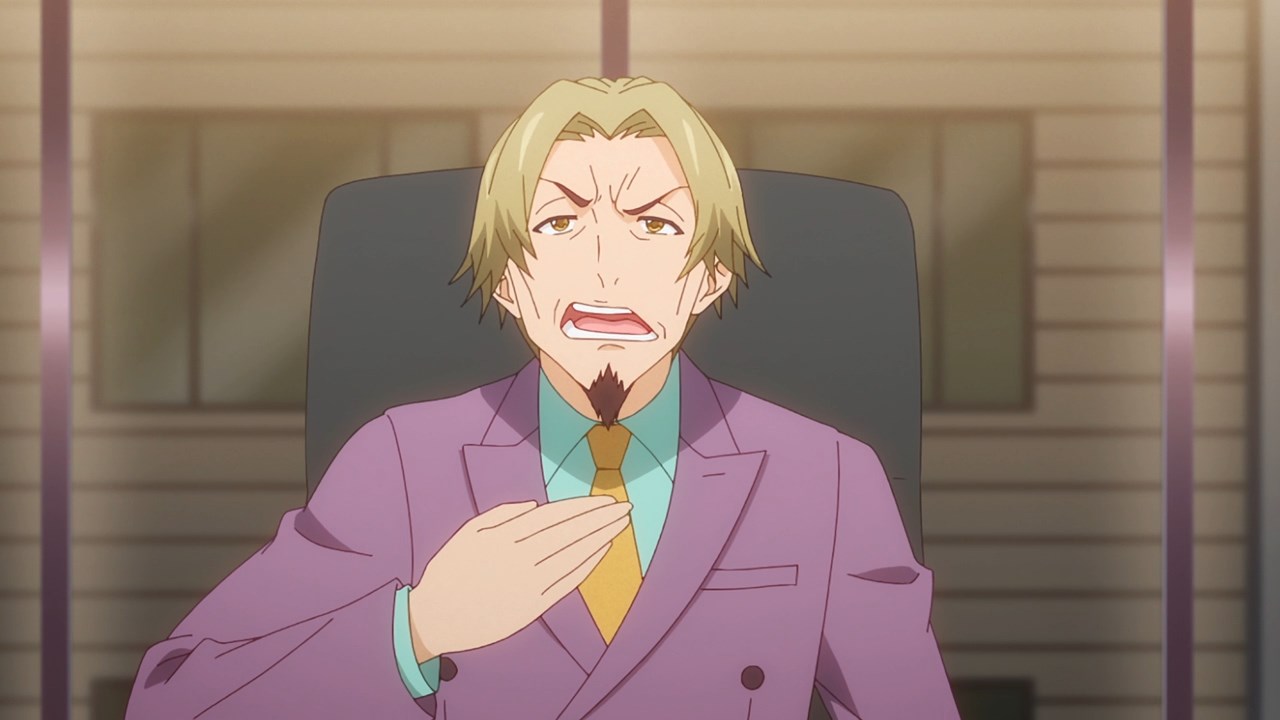 But speaking of Shun Hardy, he’s playing the victim here. Really Mr. Producer of Hardy Productions, what you did to Kuroha is freakin’ slander!

Of course, Shun Hardy has the legal power to call the police and arrest Sueharu Maru for attempted assault, which is a big problem for the protagonist. 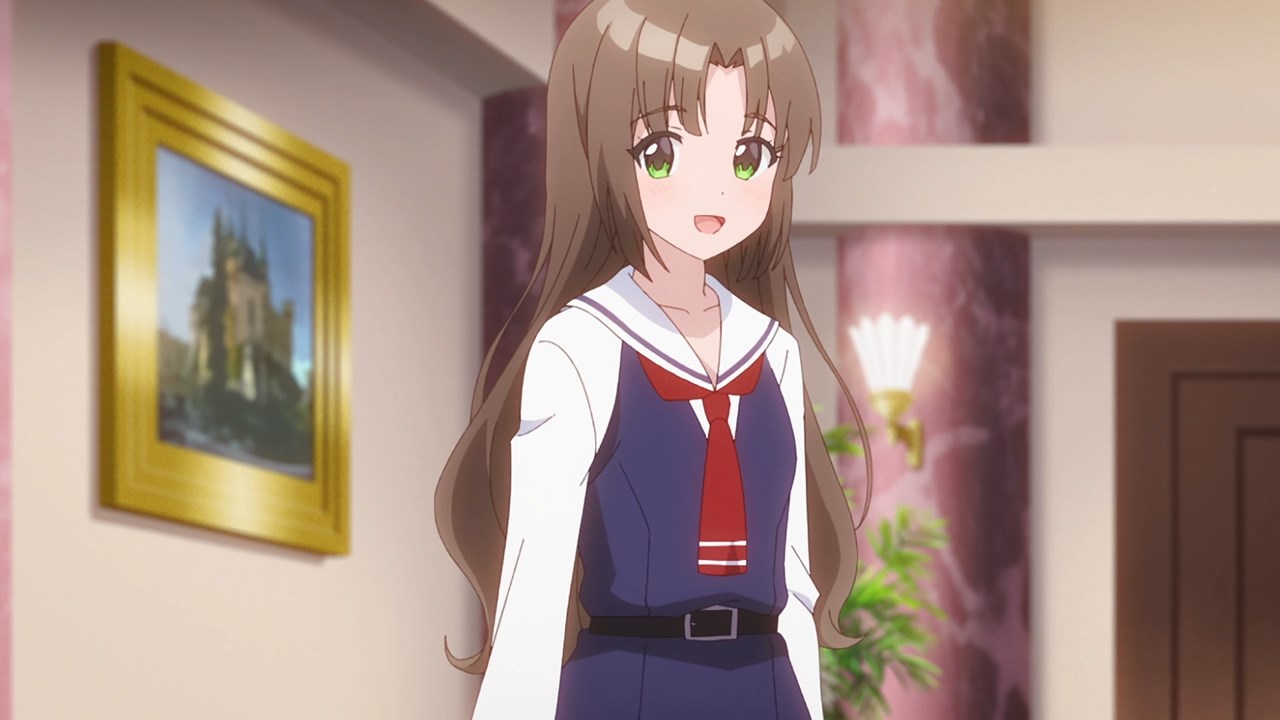 Fortunately, Maria Momosaka came up with a solution in which Hardy Productions and Hozumino High School’s Ultramarine Channel will compete to make a commercial for Kozuha Pharmaceuticals’ sports drink.

Now, the competition will last 3 days and the winner will have the right to determine Sueharu’s fate. While making a commercial in just 3 days would be slightly hard for Shun Hardy’s talent agency, I’m hoping that Ultramarine Channel won’t screw themselves up. 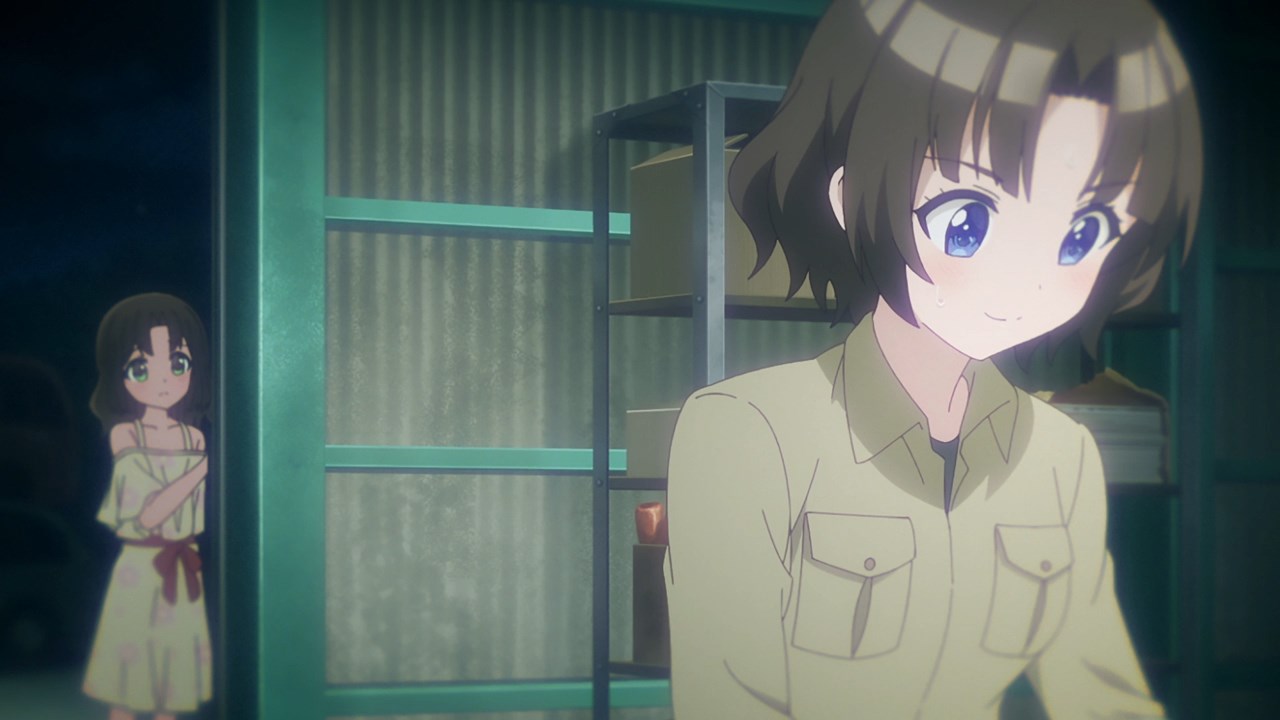 Before we move onto the contest, let’s talk about Maria Momosaka where she has a broken family to the point that she and her sister Eri ran away from home.

However, it gets worse back then where Eri decides to stop her studies in favor of supporting Maria. Of course, Maria wants her older sister to finish her education and thus she decides to become a child actress. 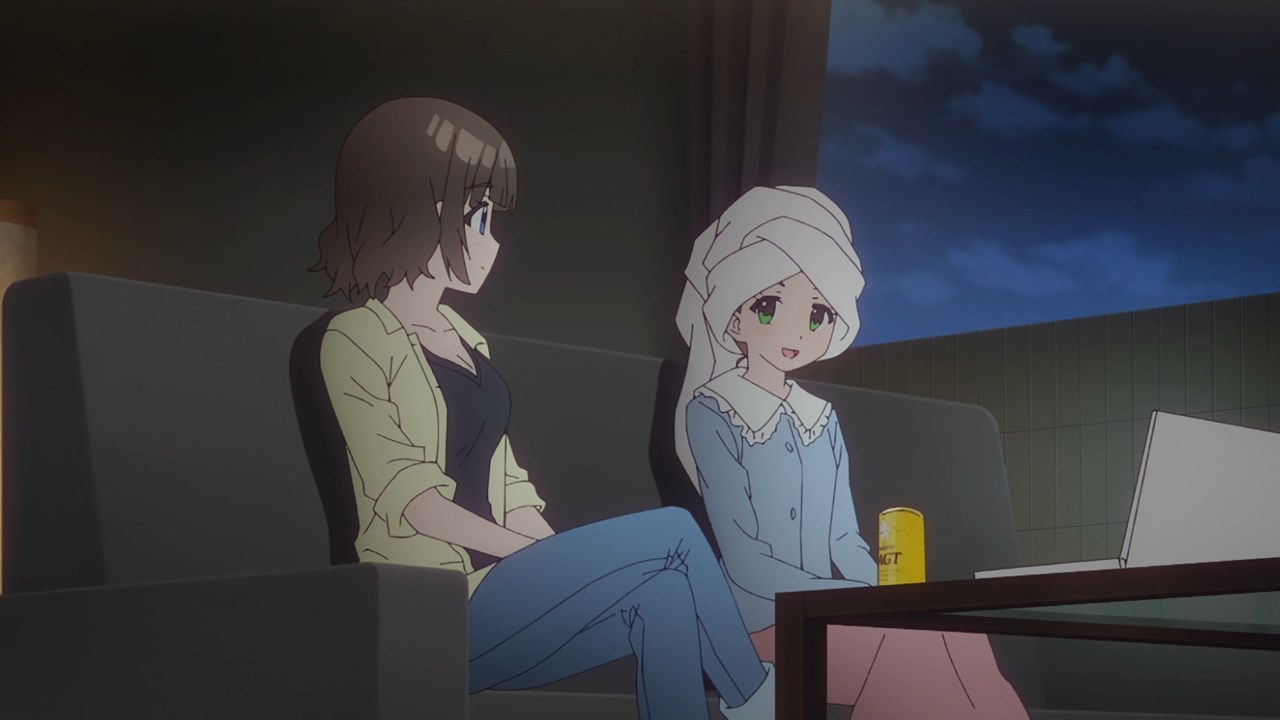 And now let’s move onto the present where Eri has become a college student thanks to Maria’s acting career.

Now then, it’s time for these sisters to watch Ultramarine Channel’s attempt on making a commercial based on a sports drink. 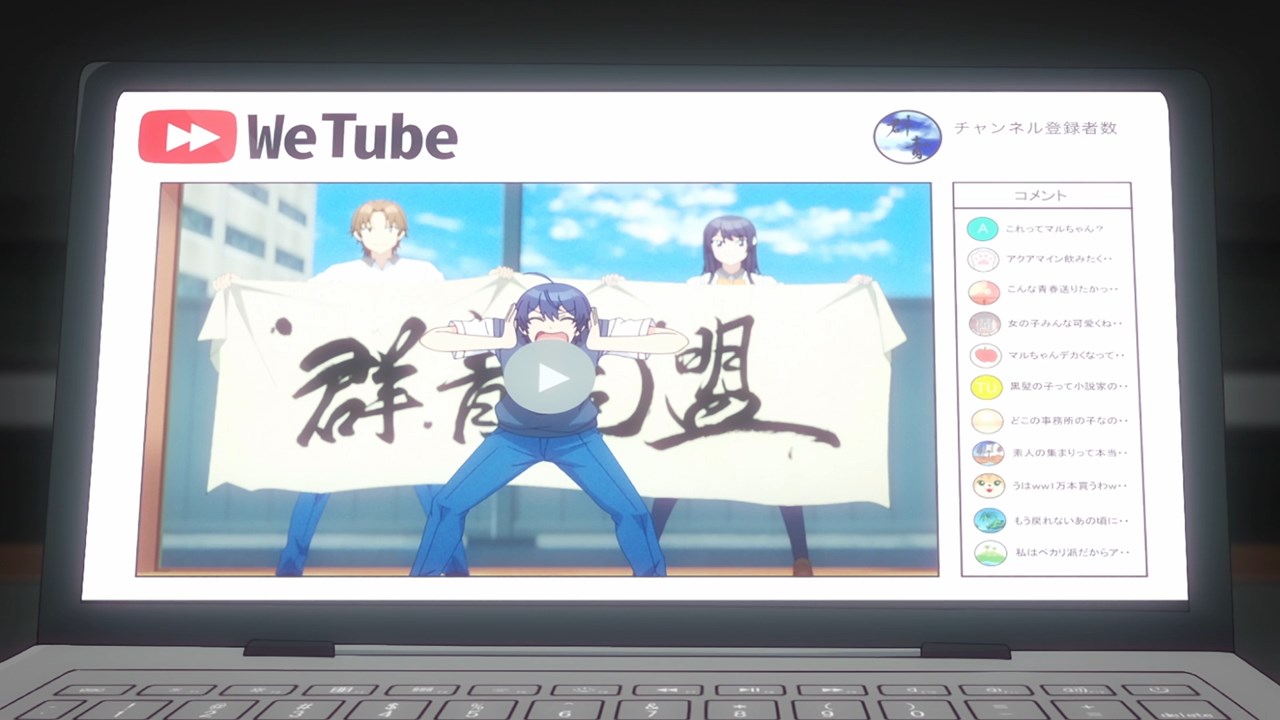 Unfortunately, what Maria saw is that Ultramarine Channel’s attempt on making a commercial is just as shameless plug to their WeTube channel rather than Kozuha Pharmaceuticals’ AquaMine sports drink.

Of course, Maria thinks that this is what Sueharu and his friends have ’cause there’s more to come from Ultramarine Channel. 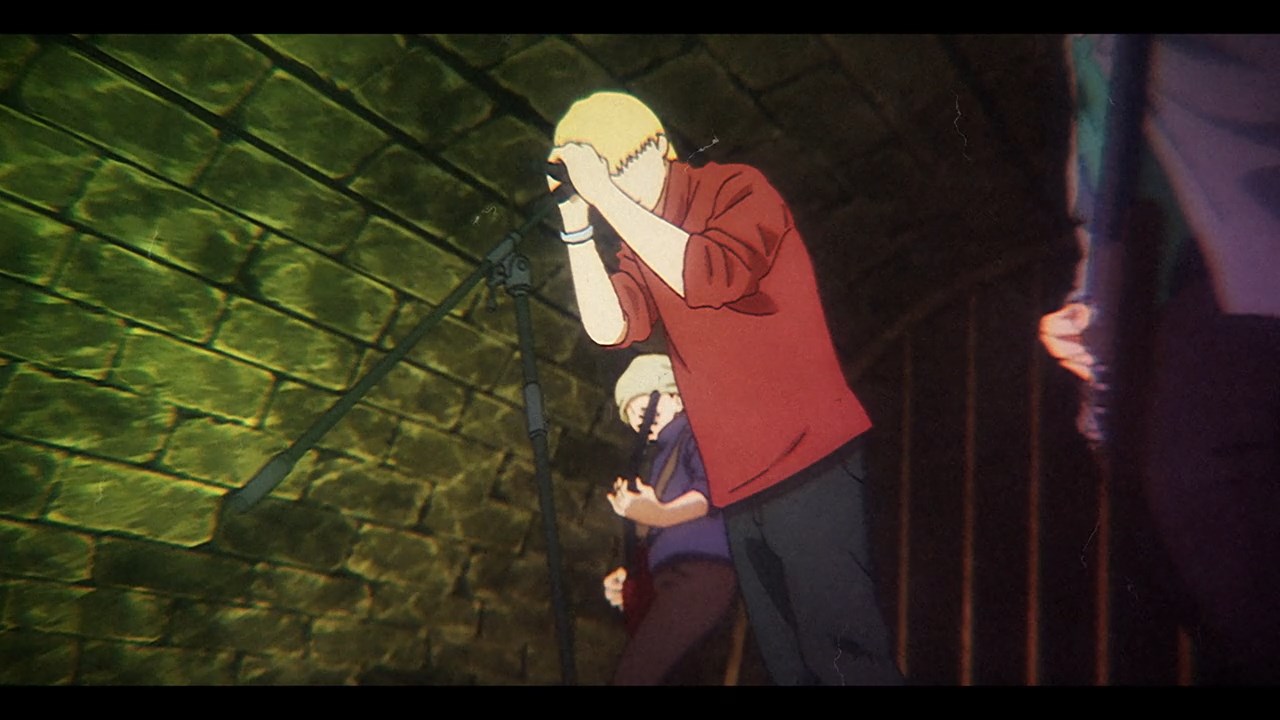 That’s because they made a continuation to their commercial where it has grungy rock music. You may thank the light music club (or Acid Snake) for their musical performance. 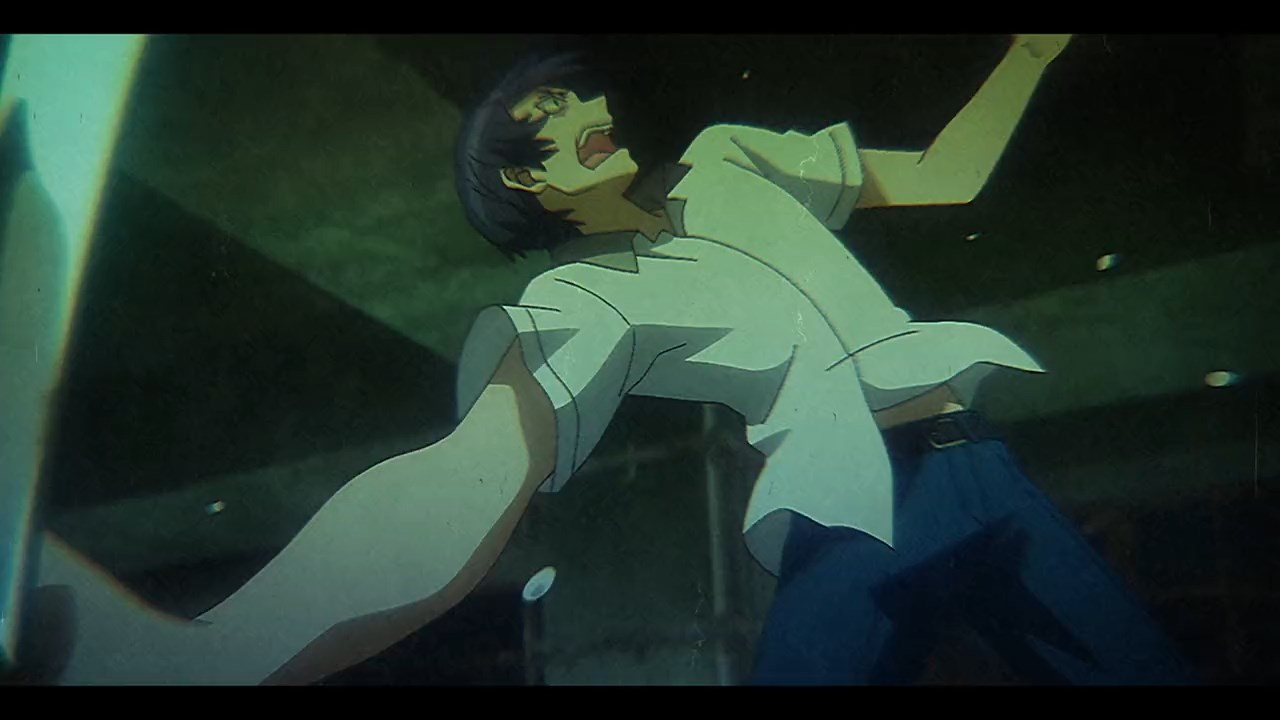 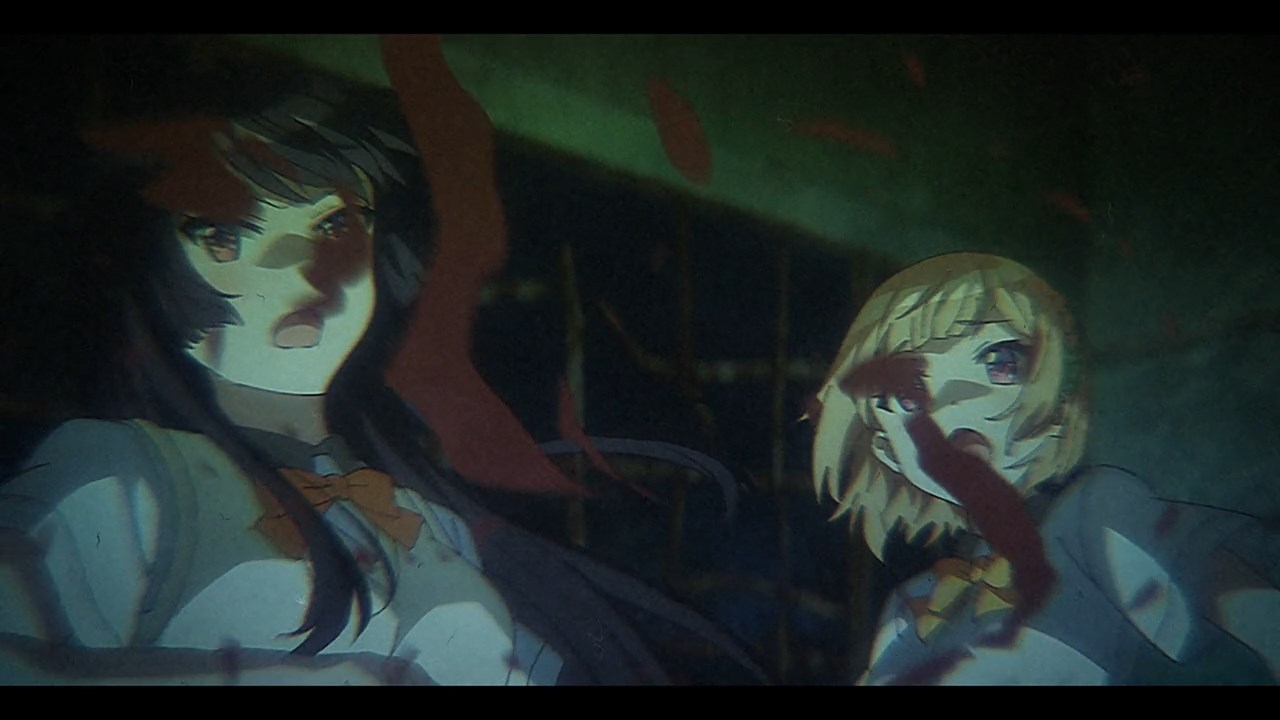 But anyways, here’s Sueharu Maru where he’s acting really insane, slashing his friends before stabbing himself.

Geez, how did the Ultramarine Channel made an amazing music video where it’s closer to professional-level? Something tells me that Hozumino High School’s broadcasting club have some high-quality equipment. 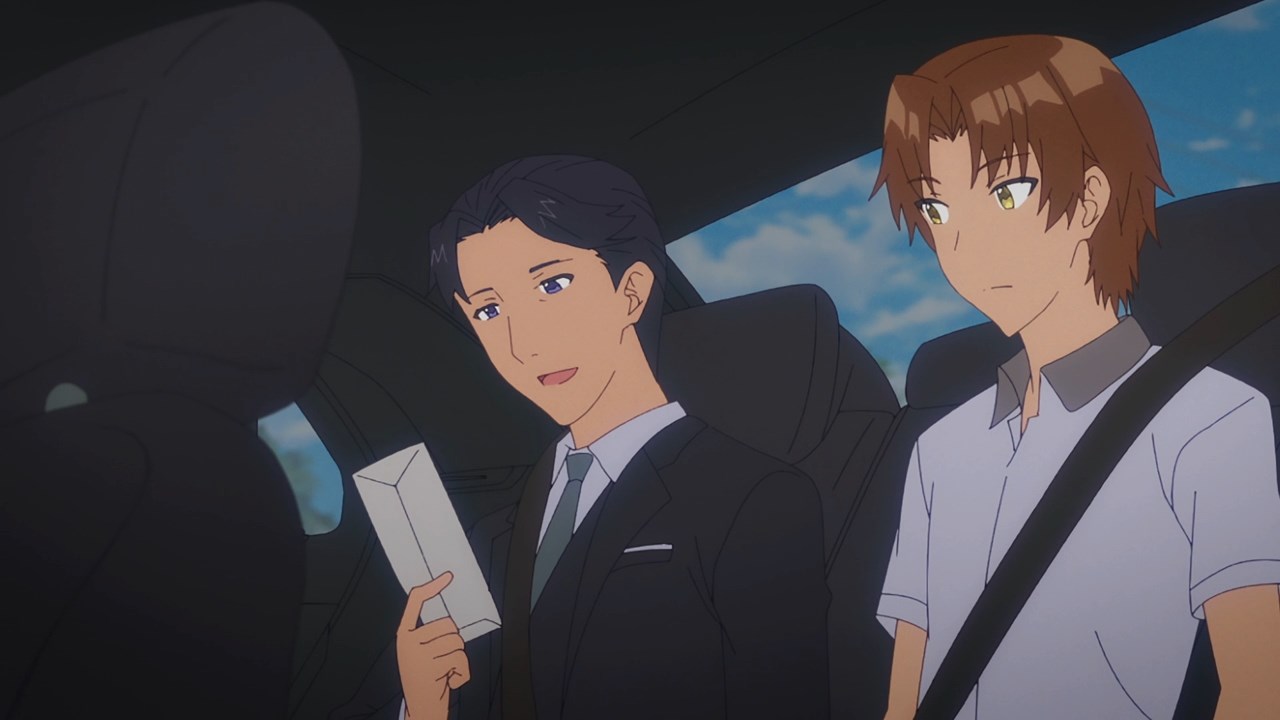 Now then, let’s move onto the next scene where Tetsuhiko Kai is striking a deal towards Souichirou Kachi in order to win the commercial contest. Okay, that was underhanded there.

But here’s the reason why Tetsuhiko did this is because he wants to crush Shun Hardy badly, which turns out that he’s actually his father. What the fuck, I thought that he’s just Sueharu’s buddy!? 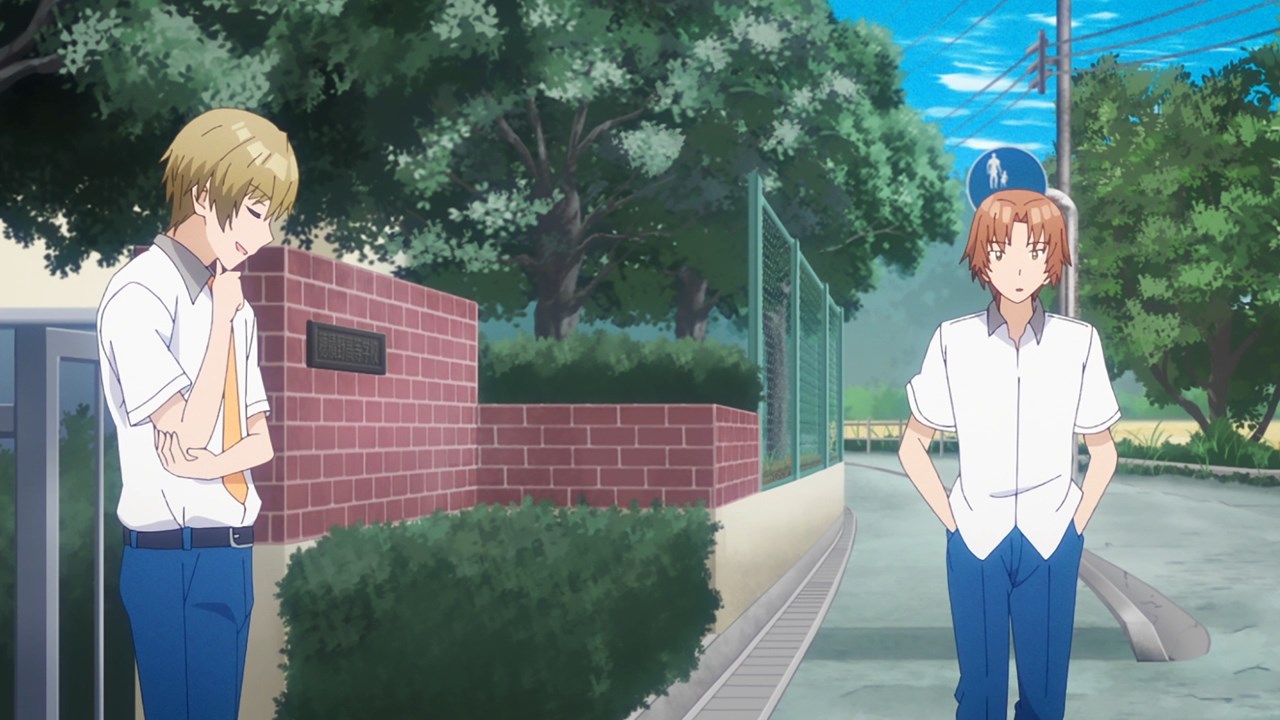 By the way, here’s Mitsuru Abe again where he’s observing the actions of Sueharu Maru and his friends.

All he can say is that Mitsuru is impressed that not only the Ultramarine Channel made a nice music video despite the fact that it didn’t feature the AquaMine sports drink, but he’s really surprised that Tetsuhiko Kai used connections like Souichirou Kachi to bring Shun Hardy down.

However, the thing is that Tetsuhiko is not here for revenge against his scumbag father, but he has a hidden agenda where he’s in cahoots Kuroha Shida. 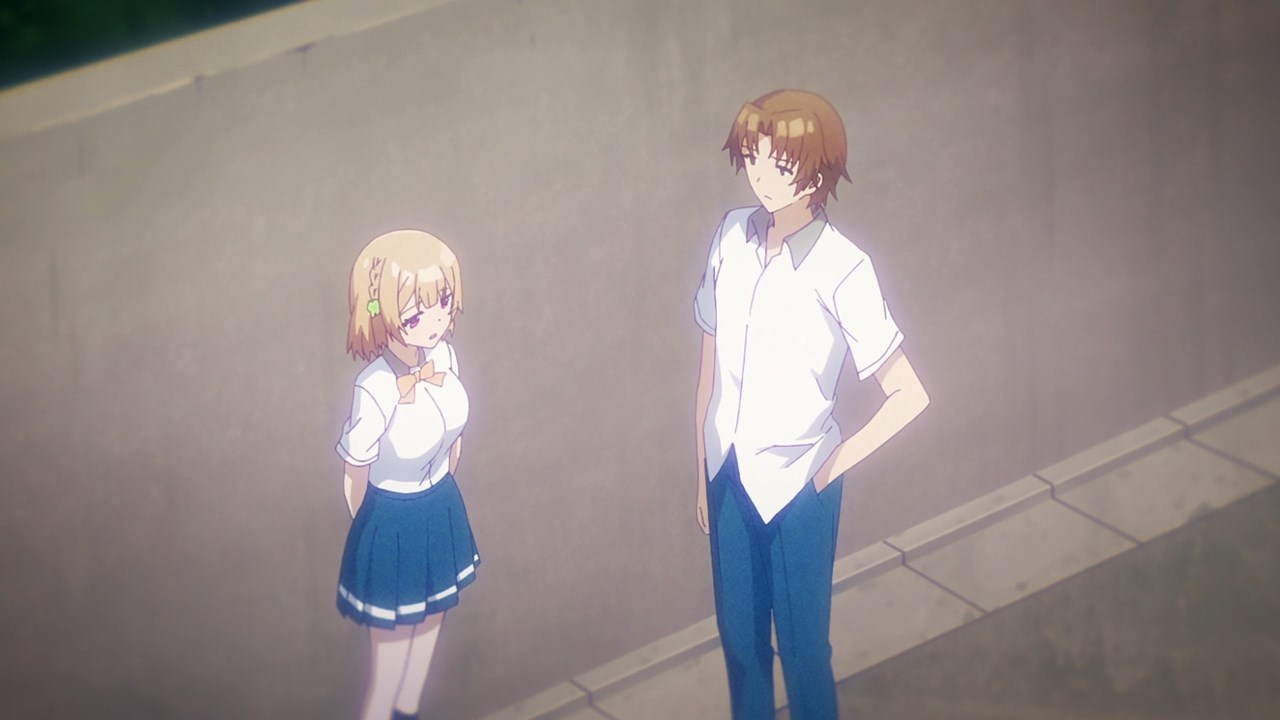 Speaking of Kuroha Shida, it’s revealed that she faked her amnesia in order to prevent herself and Sueharu Maru from joining Hardy Productions or any other talent agency.

Okay Kuroha, you sure made a scummy move by pretending that you lost your memories just to keep Sueharu by your side. Still, I wonder who won the contest? 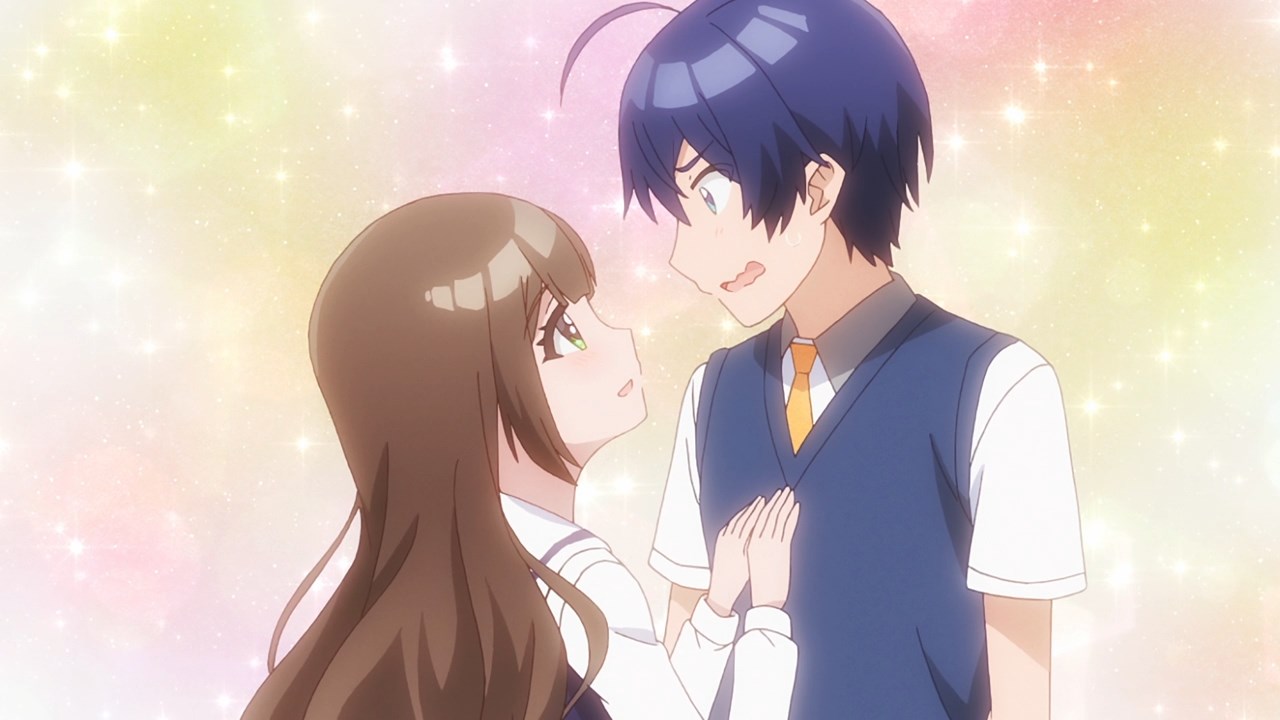 Well, turns out that Ultramarine Channel won the commercial contest unanimously, although technically it’s somewhat unrelated to the product.

But hey, they have a reward in the form of Maria Momosaka in which she decided to leave Hardy Productions and transfer to Hozumino High School in order to be with Sueharu-niichan. 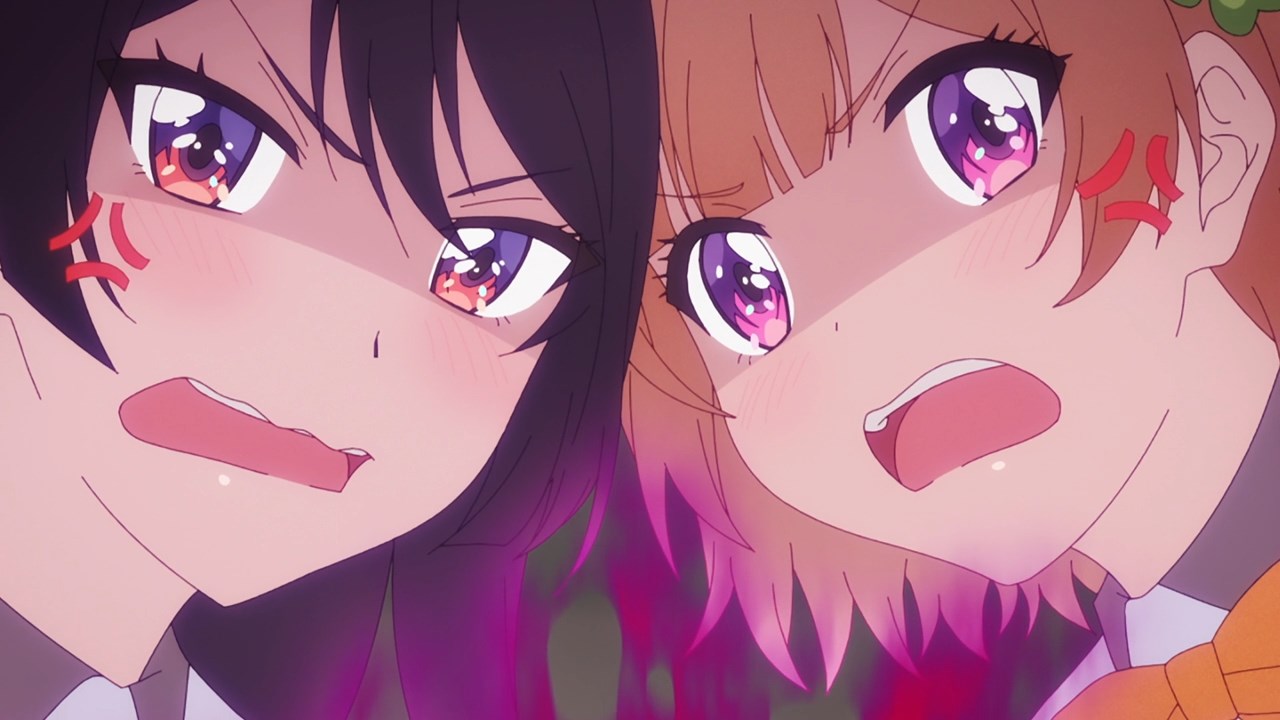 Of course, that doesn’t sit well with both Shirokusa Kachi and Kuroha Shida where they’re angry that a girl like Momosaka has becoming even more clingy towards Maru. Ugh, looks like this love story is getting more complicated.

Well then, I have to say that this episode pulled so many back-alley deals in order to save Sueharu Maru from being cancelled. Still, I’m impressed that Ultramarine Channel can make some impressive content, although I wonder what’s next for Sueharu and his buddies. Anyways, see ya next time!