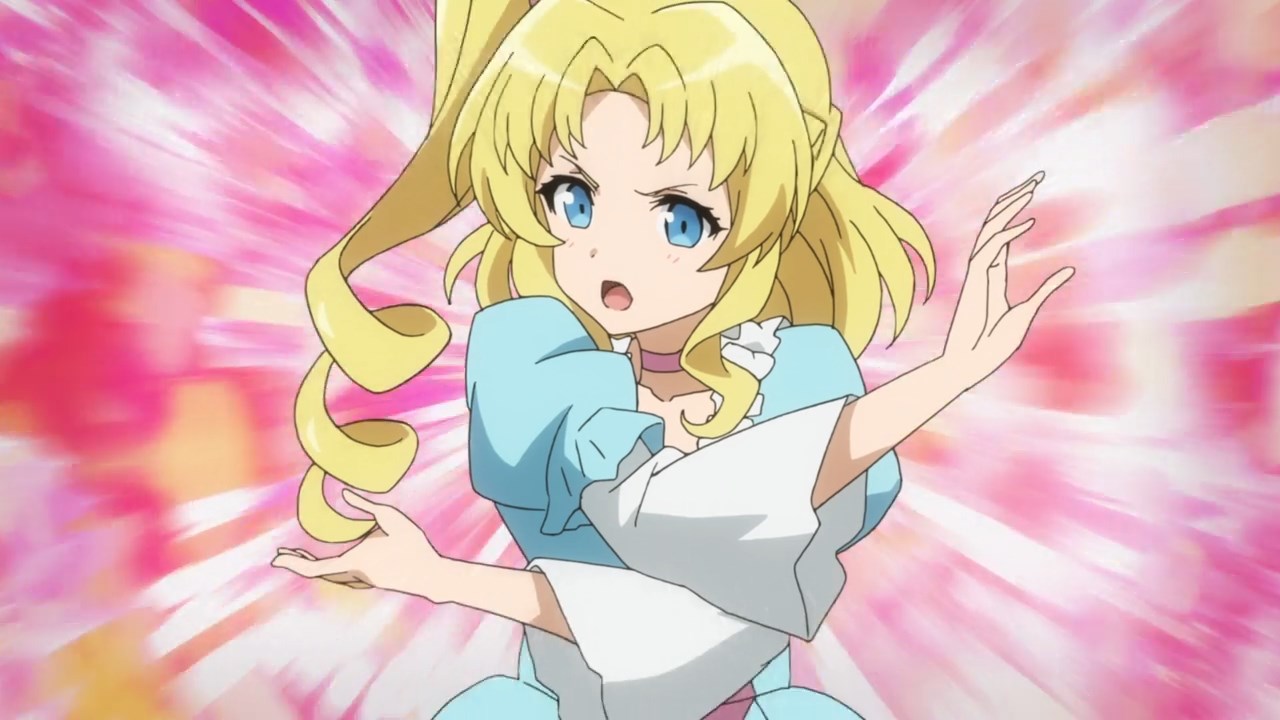 On this episode, we have Princess Cristoseles Tillis Grace where she’s says the magic word to activate the water-making artifact or the weather control machine… with no results. 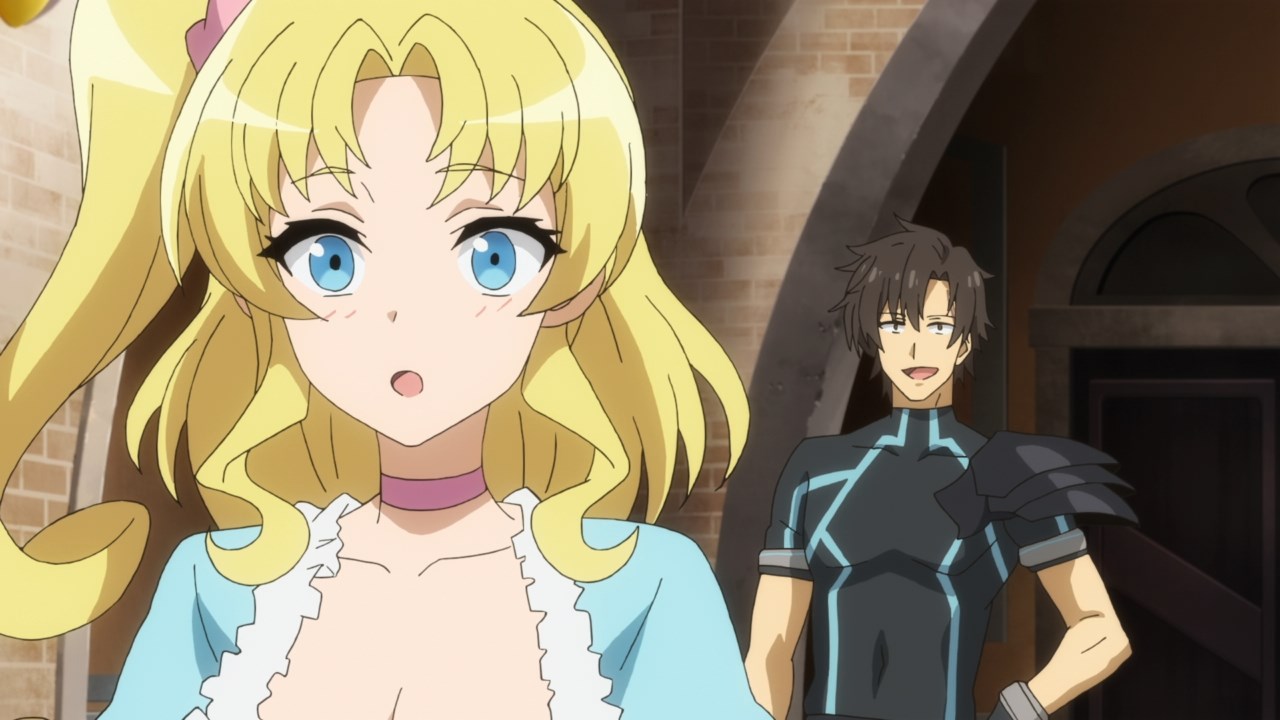 Oh, and here’s No. 6 where he’s surprised that Princess Tillis is shouting “Ochinchin Matsuri” out loud. Of course, she’s serious on activating the machine as her father is not around. 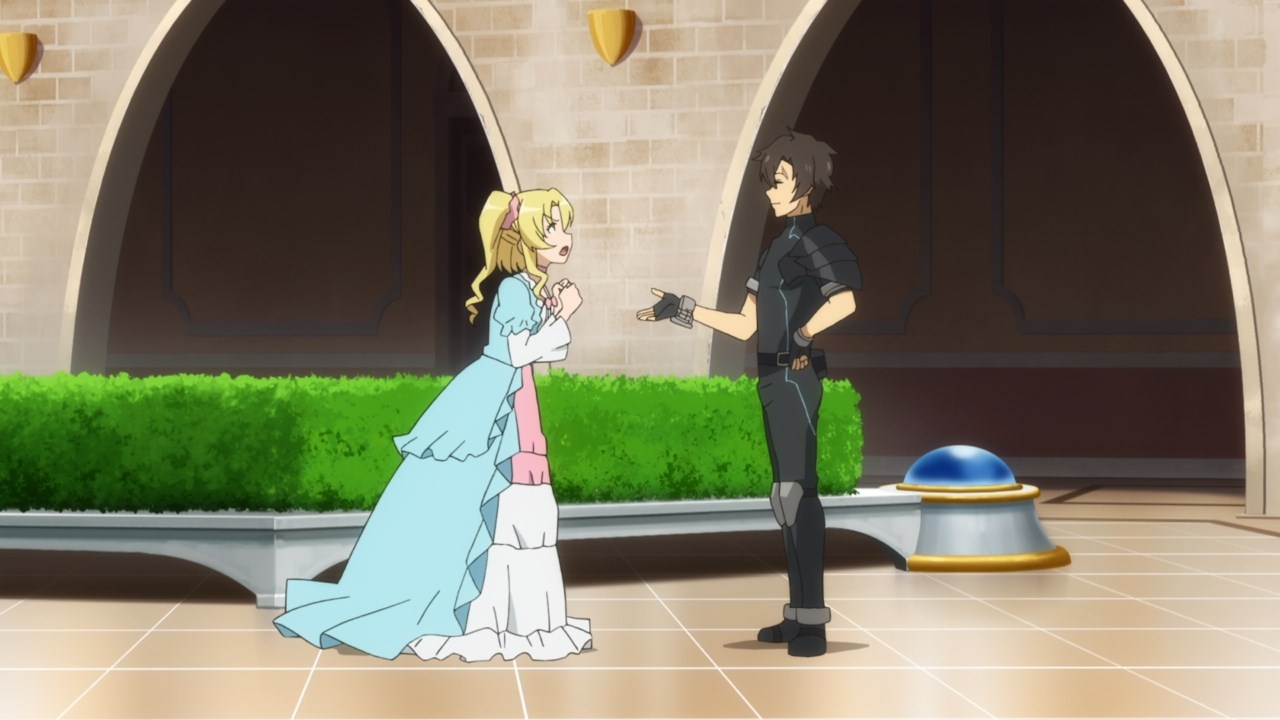 And since the weather control machine is not working, Princess Tillis told the combat agent that the kingdom’s water supply is drying up, meaning that they’ll resort to using water stones which are imported from the Kingdom of Toris.

Um Princess Tillis, would it be better if you let Alice Kisaragi fix the weather control machine rather than getting some stones from another kingdom? Of course, there’s no time for fixing stuff! 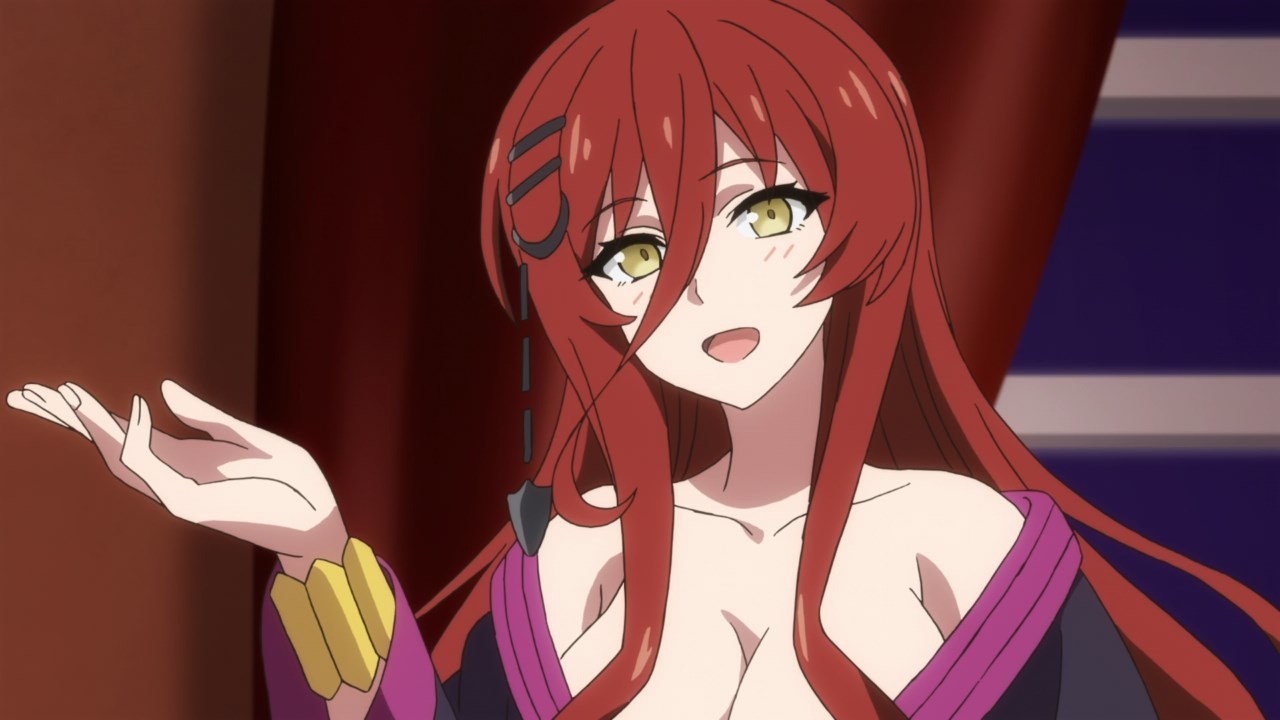 With that said, No. 6 and his ragtag team went to the Kingdom of Toris where they’re gonna join the party hosted by Prince Engel, who is said that he’s a lecherous noble.

Oh yeah, here’s Grimm where she shows her formal gown for the party. Of course, she’s not wearing shoes due to her beliefs. 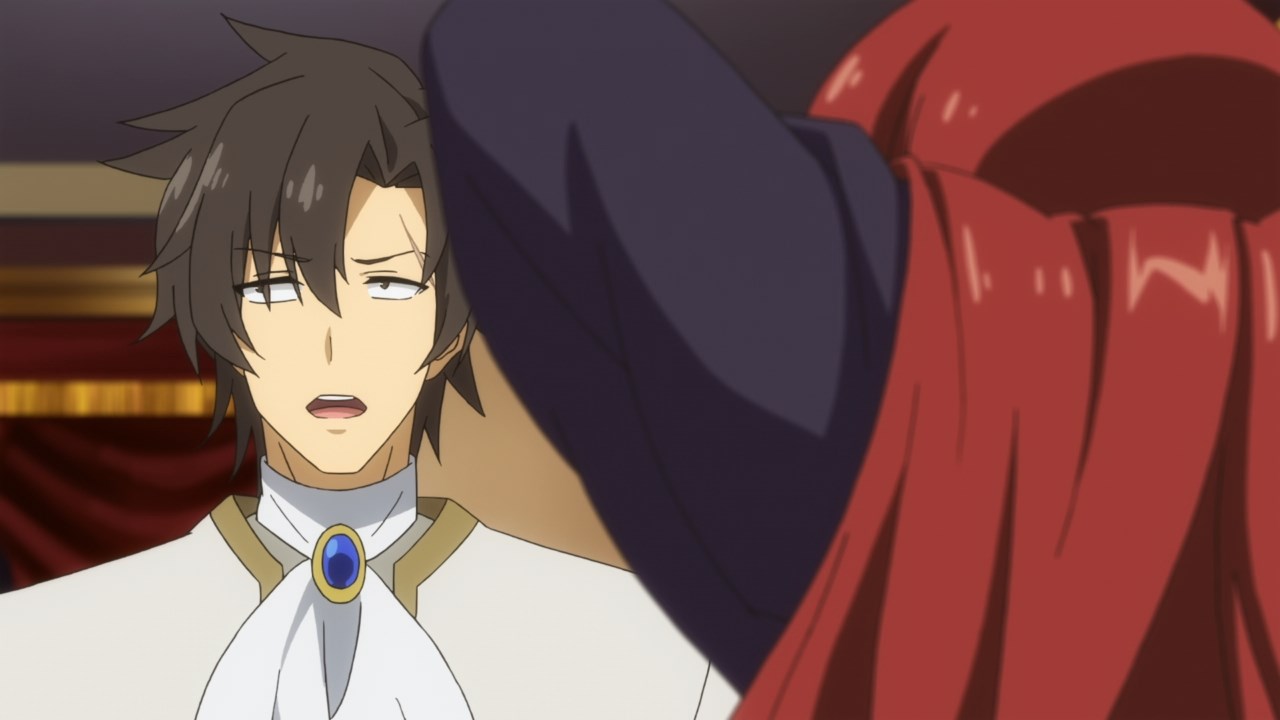 Unfortunately for Grimm, No. 6 mocked her getup because she looked like an old lady. Really No. 6, you sure have no tact towards women huh? 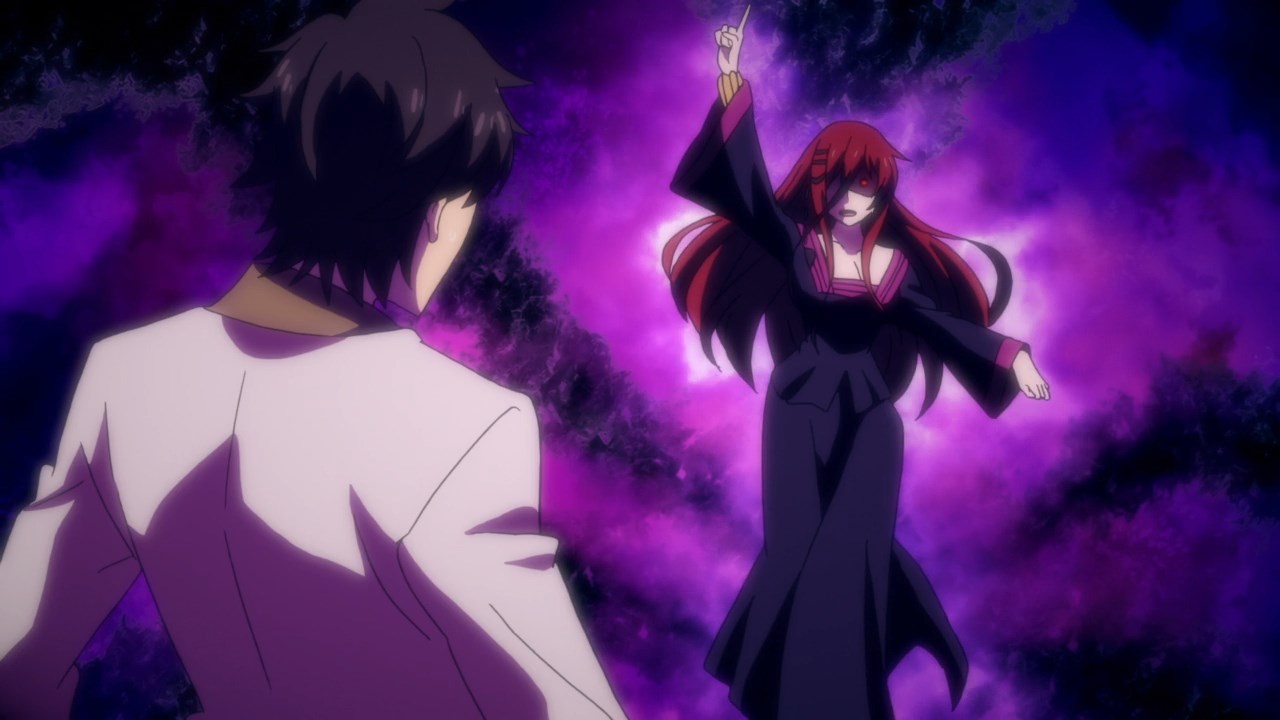 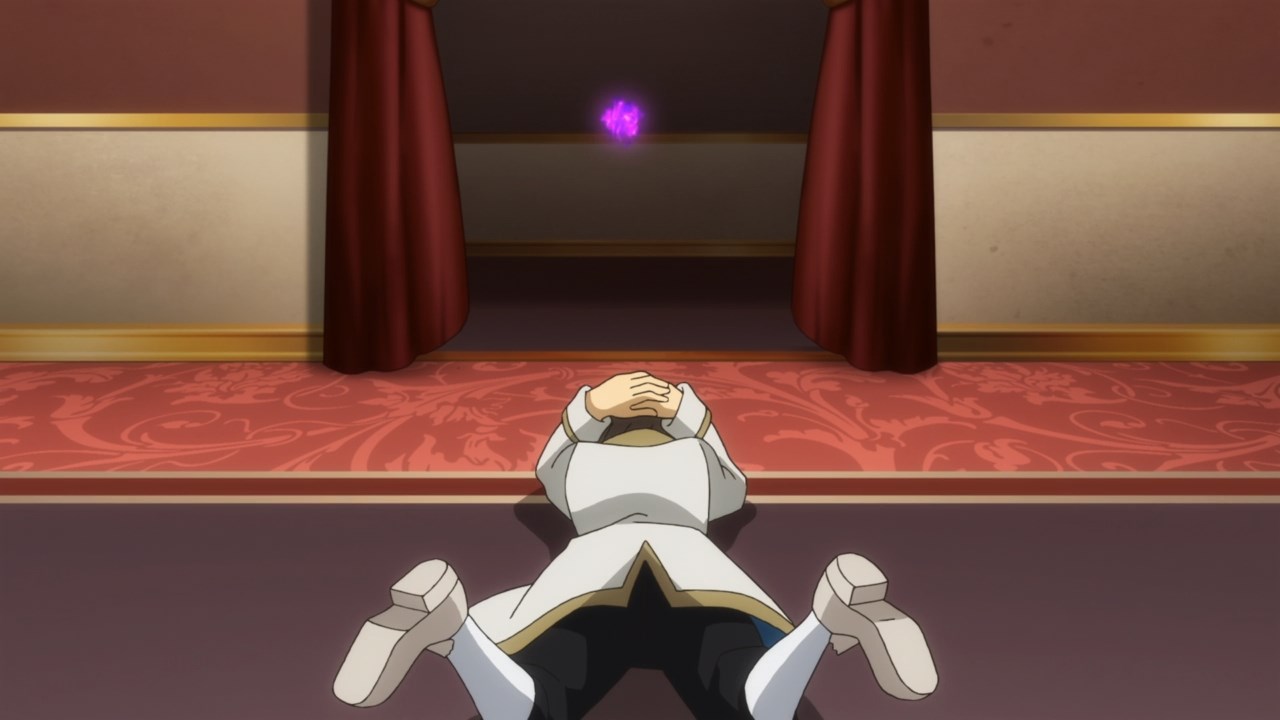 However, No. 6 dodged Grimm’s curse, although I’m worried that some unlucky guy would become impotent thanks to Grimm’s curse. 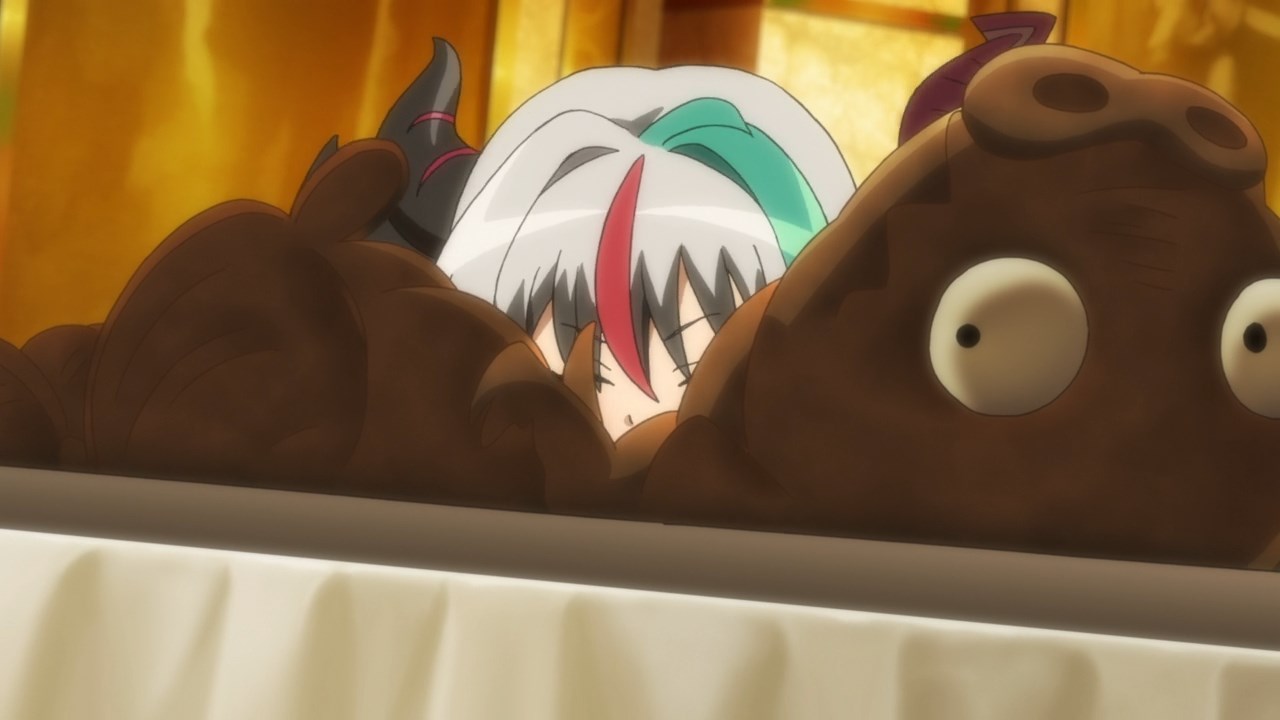 Now let’s move onto the party and I must say that things are not looking good for No. 6 and his party. You have Rose who’s chowing down meat like there’s no tomorrow. 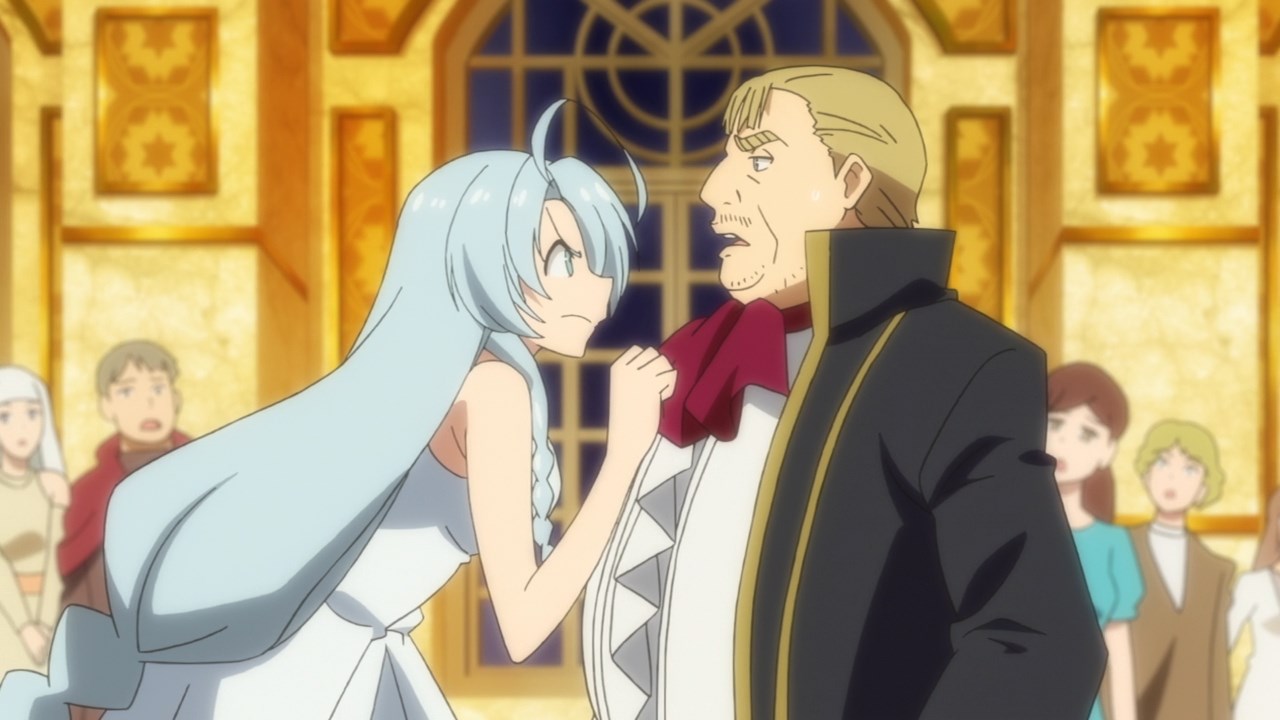 And there’s also Snow and Grimm who are trying to seduce the male guests, although the former sets her sights on Prince Engel who was supposed to be lecherous bastard prince turned out to be a meek gentleman.

Come to think of it, did Grimm’s impotence curse afflicted Prince Engel? If that’s the case, looks like Snow’s chastity is saved from this fat crown prince. 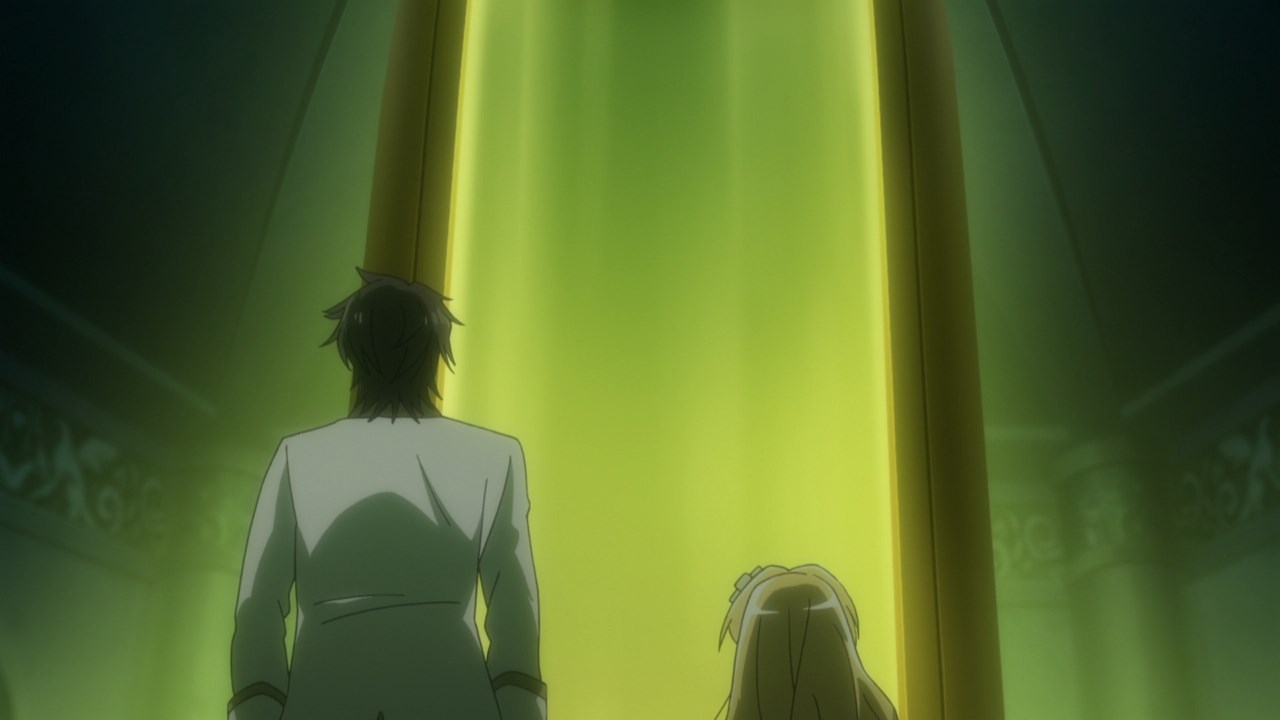 Meanwhile, let’s turn their attention to Alice Kisaragi and No. 6 where they stumbled upon a capsule which contained some kind of homunculus. Of course, they’ll investigate further later. 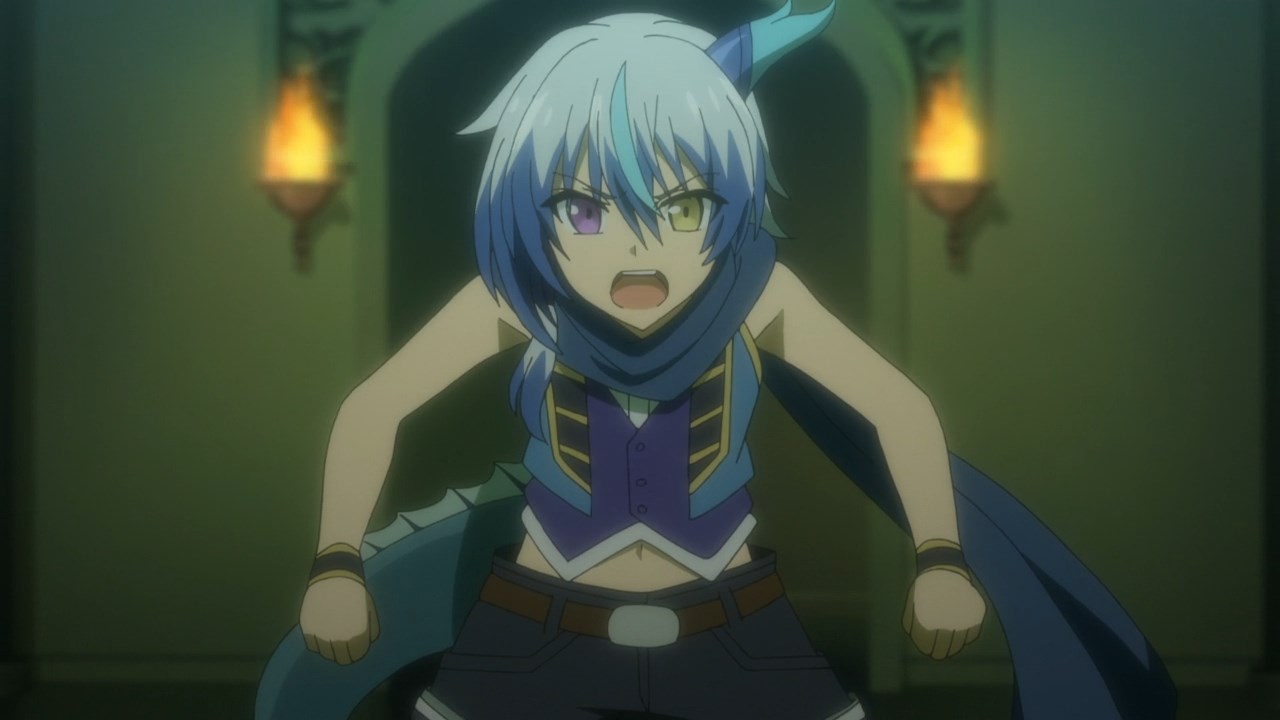 Right now, No. 6 and Alice will have to deal with Russel of the Water, one of the demon generals who threatened them with murder if they lay their hands on the capsule.

Personally, both No. 6 and Alice knows what’s inside the capsule because they came from an advance civilization. 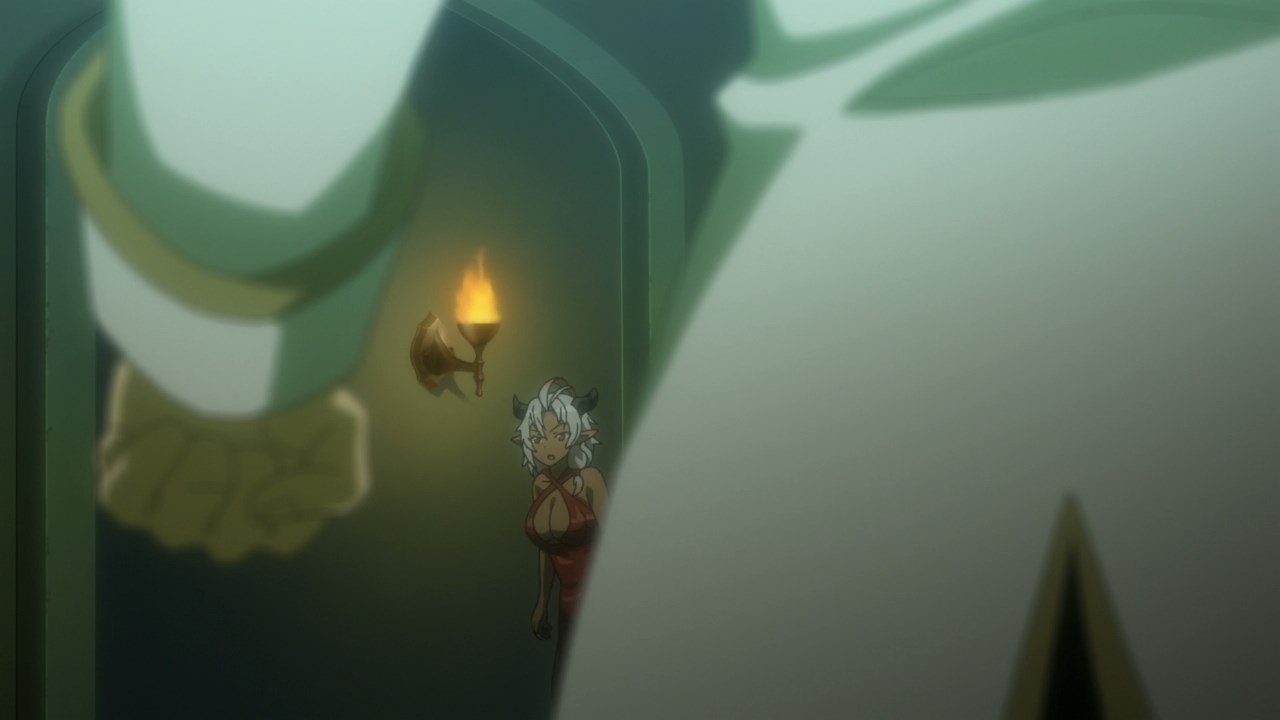 Also, a certain demon general has returned. Oh boy, isn’t that Heine of the Flame over there!? 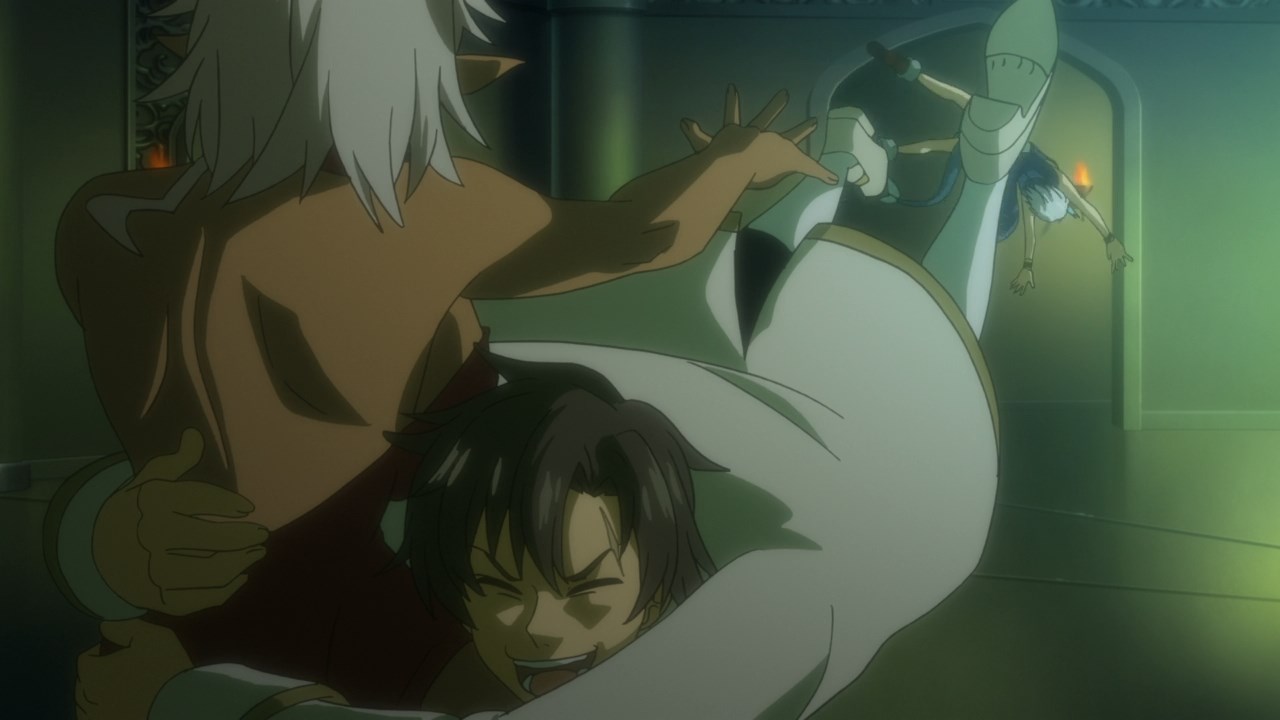 With that said, looks like the combat agent decides to pounce on Heine rather than taking on Russel.

And seriously, it looks like the combat agent has a liking towards Heine ever since they made a 6-month truce, even as far as groping her tits. 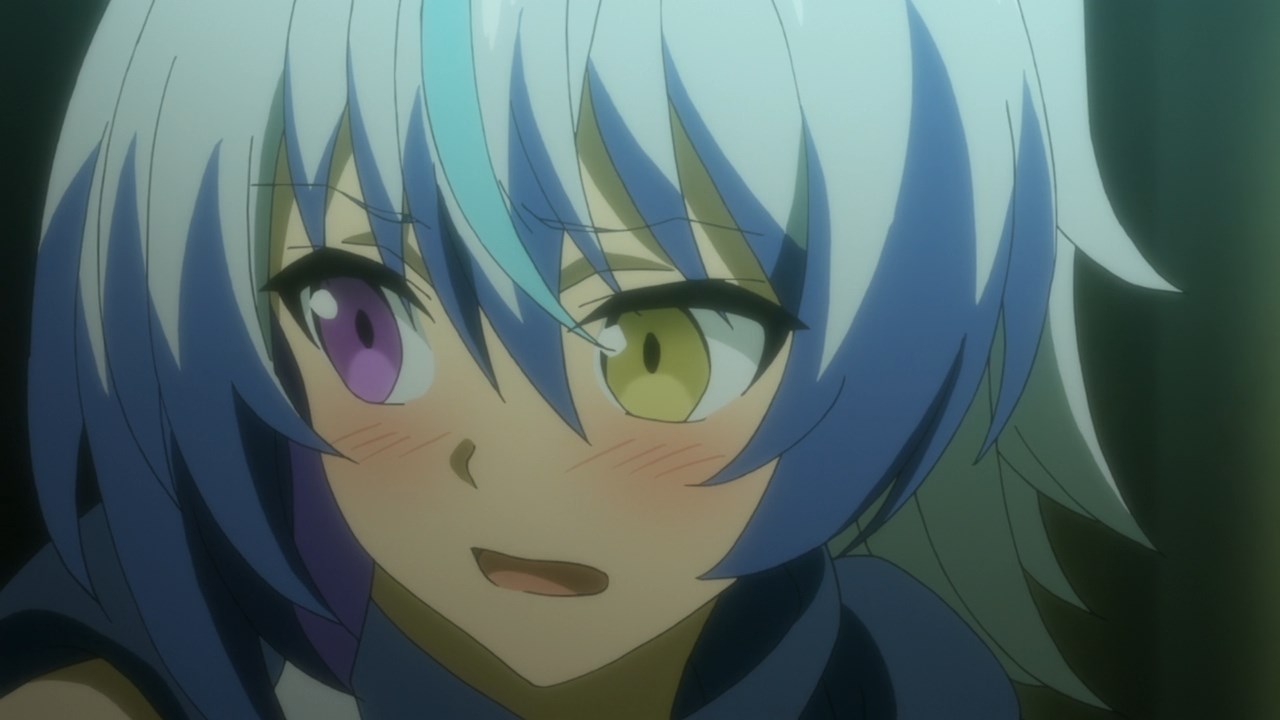 As for Russel, he didn’t do anything but watch. Man, what a spineless demon general!

You know something, since he’s the demon general of water, would it be better if No. 6 and Alice capture Russel and produce water for the Kingdom of Grace? More importantly, how did they get inside the Kingdom of Toris? 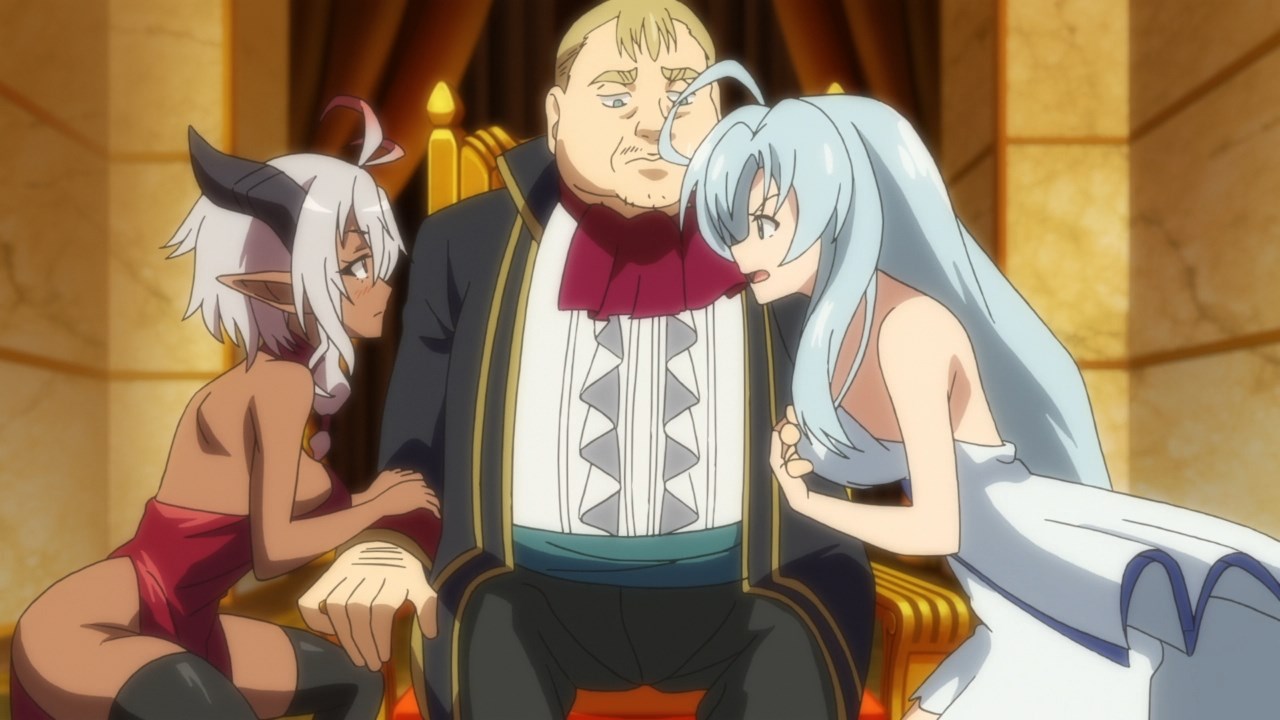 Well, it turns out that the Kingdom of Toris made a non-aggression pact with the demons as Prince Engel explained that it’s because the Sand King is threatening the kingdom.

Then again, Snow doesn’t like Prince Engel allying his kingdom to the likes of Heine as she wants to use her body to convince the crown prince. You know something, even though he doesn’t have any libido, Prince Engel is being surrounded by women. 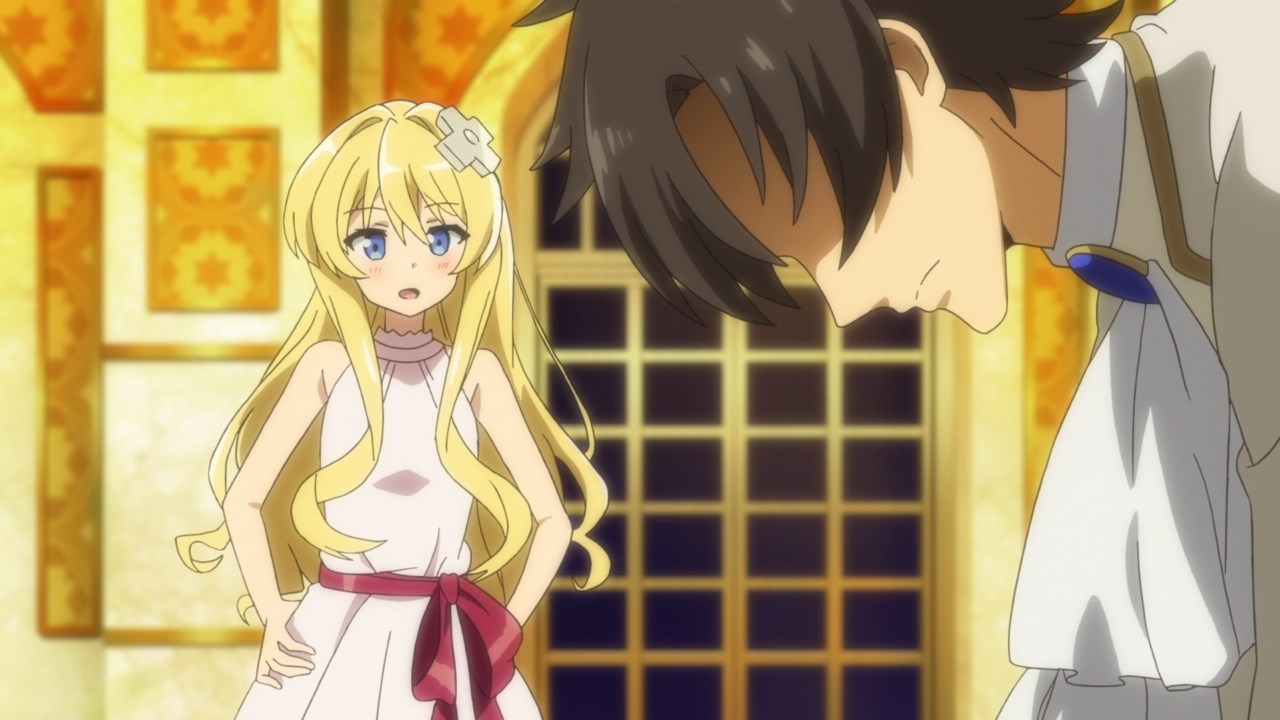 But this leaves Combat Agent No. 6 really jealous that an impotent prince is being surrounded by both Heine and Snow that he wants to do something dirty.

Of course, Alice Kisaragi is worried that No. 6 will do something stupid and dangerous. You know what, let’s do his thing since No. 6 wants to protect his pride!

And so, the combat agent made the unthinkable by showing his dick off and putting it on top of Prince Engel’s bald head.

Due to strict Japanese censorship laws, No. 6’s dick is covered with an image of Nobunaga Oda. I mean, it would be bad if J.C.Staff, Kadokawa, and Tokyo MX will get some complaints from prudes. 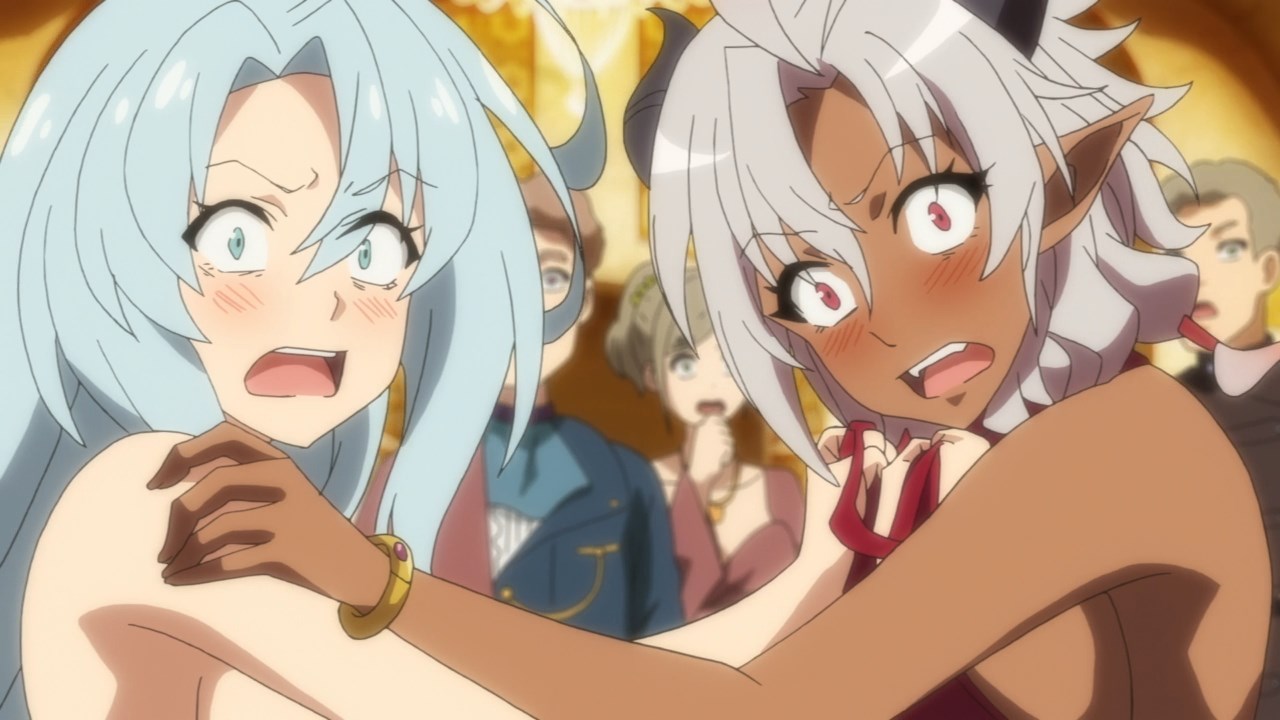 With that said, what No. 6 did was a serious international scandal in which everyone is stunned, including the demons who made a truce towards the Kingdom of Toris. 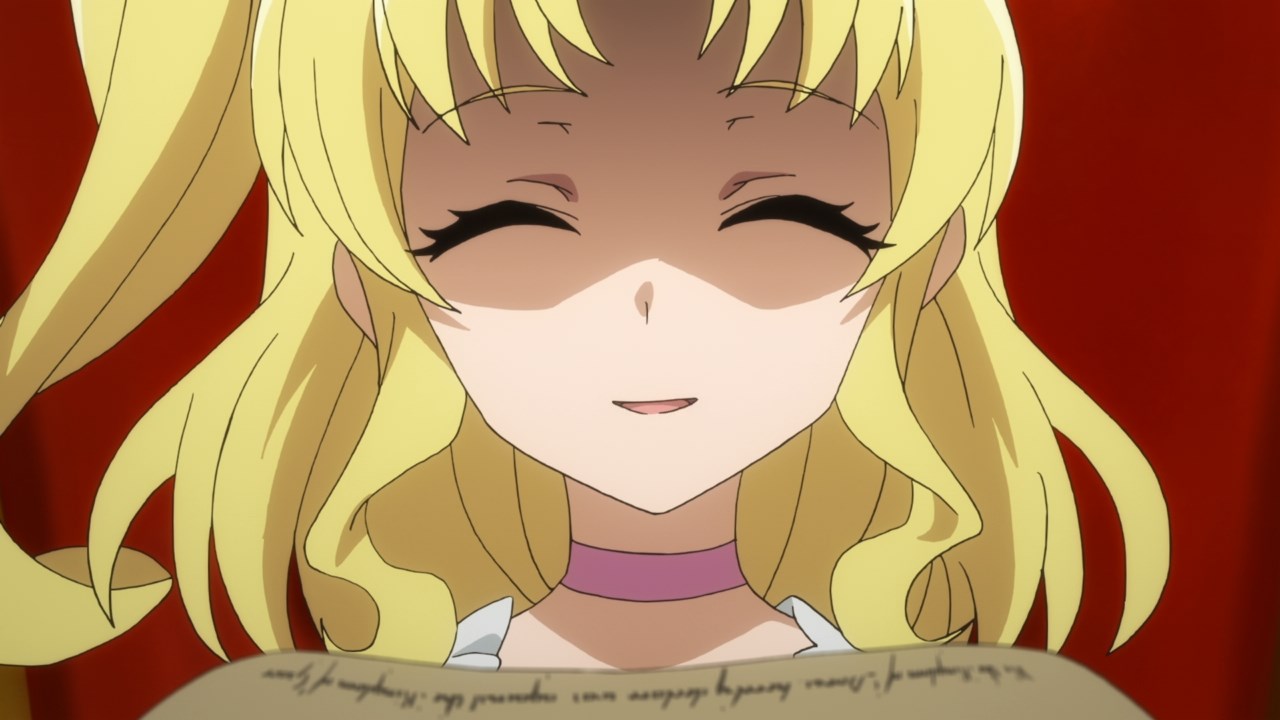 Geez, this is getting worse that the only way for the kingdom to have water supply is to get a water nut… from the Sand King’s hideout. 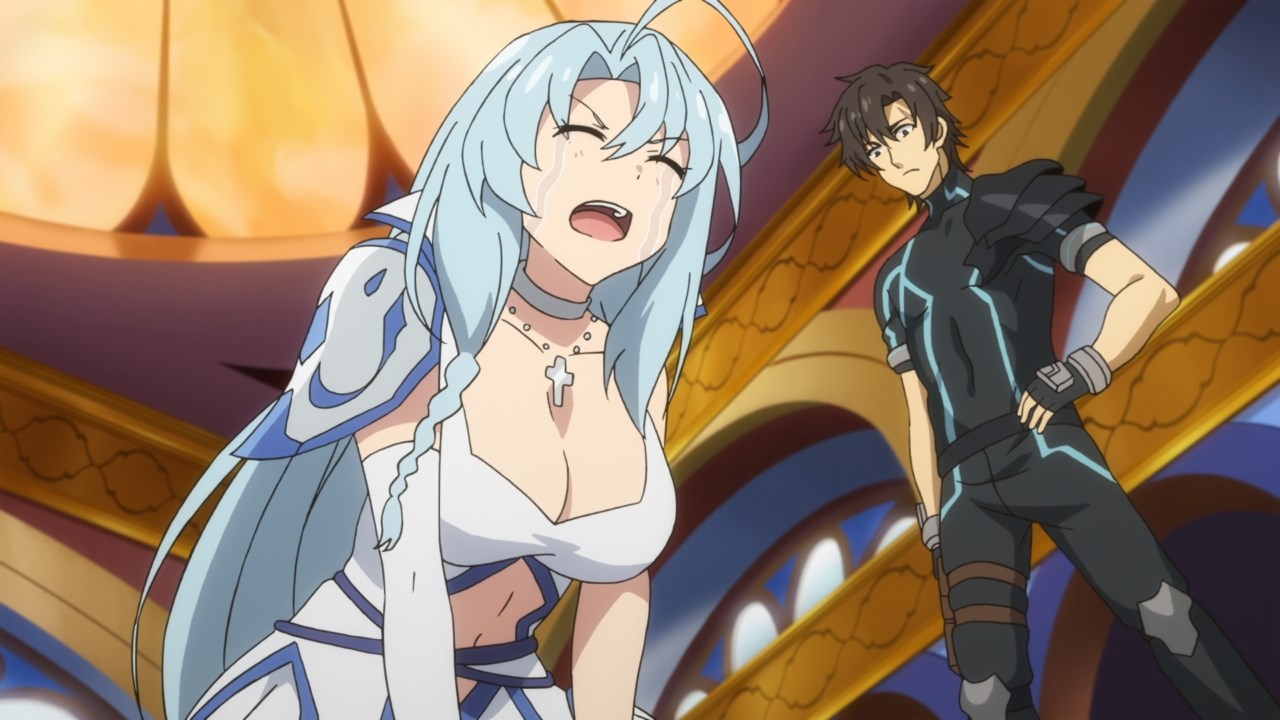 Oh and to rub some salt, Snow just got demoted. What a shittiest way to end this episode!

Anyways, tune in next time where No. 6 and his pals will have to solve the water supply while preventing a war against the Kingdom of Toris. Um, would it be better if they kill the Sand King?