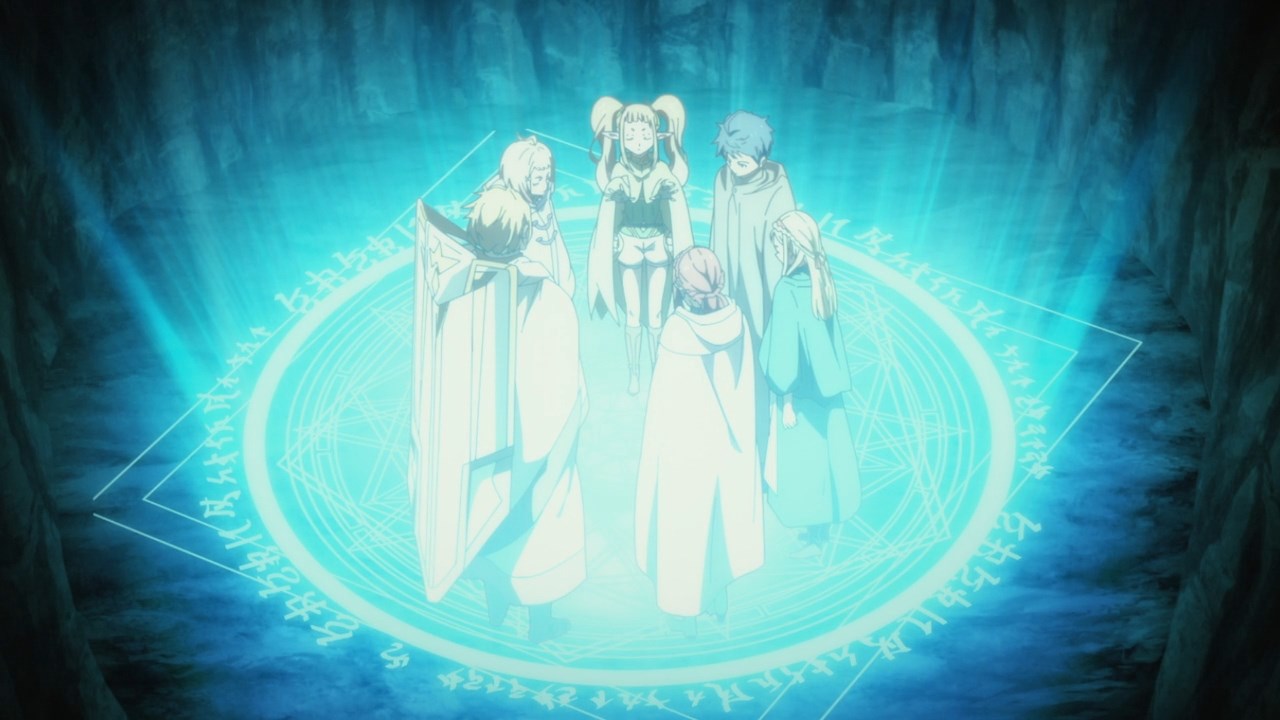 Let’s start this episode with Schlain Zagan Analeit and his party where they finally teleported to the elf village.

Then again, there’s a chance that the elves would turn them away despite Schlain being the real hero, on top of the fact that Hugo Baint Renxandt and his supporters are marching in towards the village. 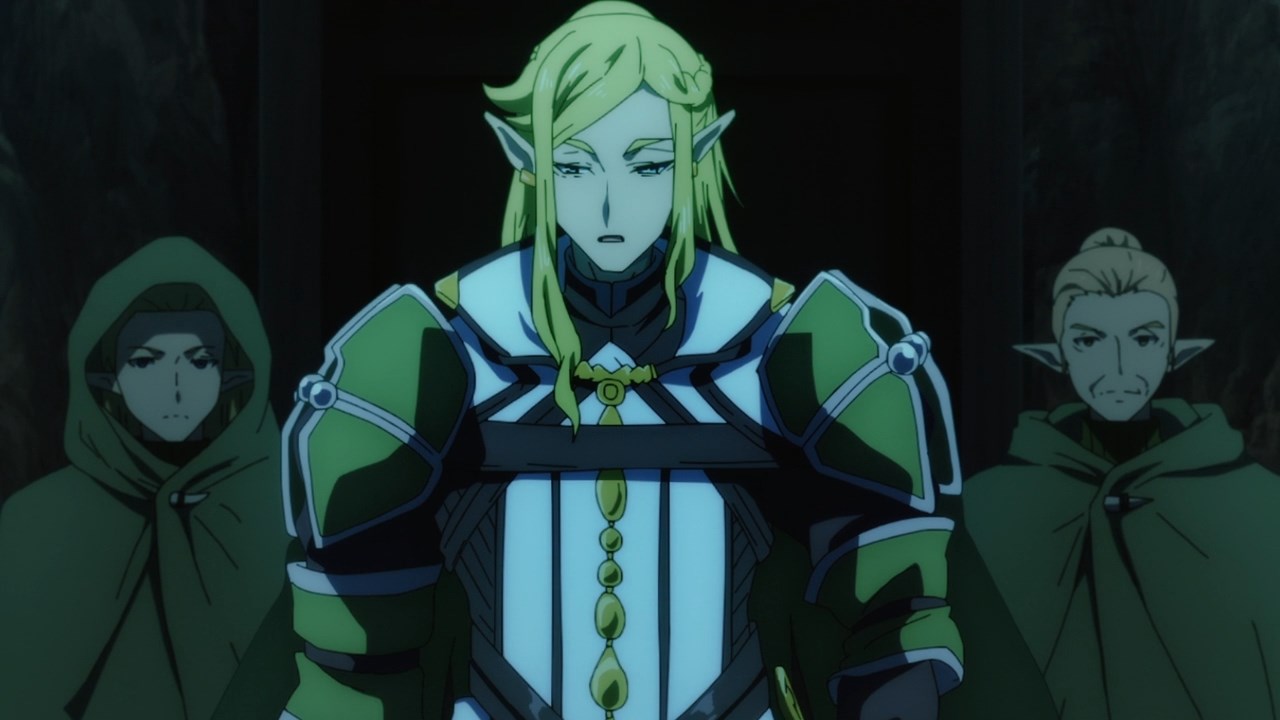 Now then, they finally arrived at the village where it’s revealed that Potimas is actually alive. Wait, how come the leader of the elves managed to cheat death as I remember Sophia Keren taking his severed head. 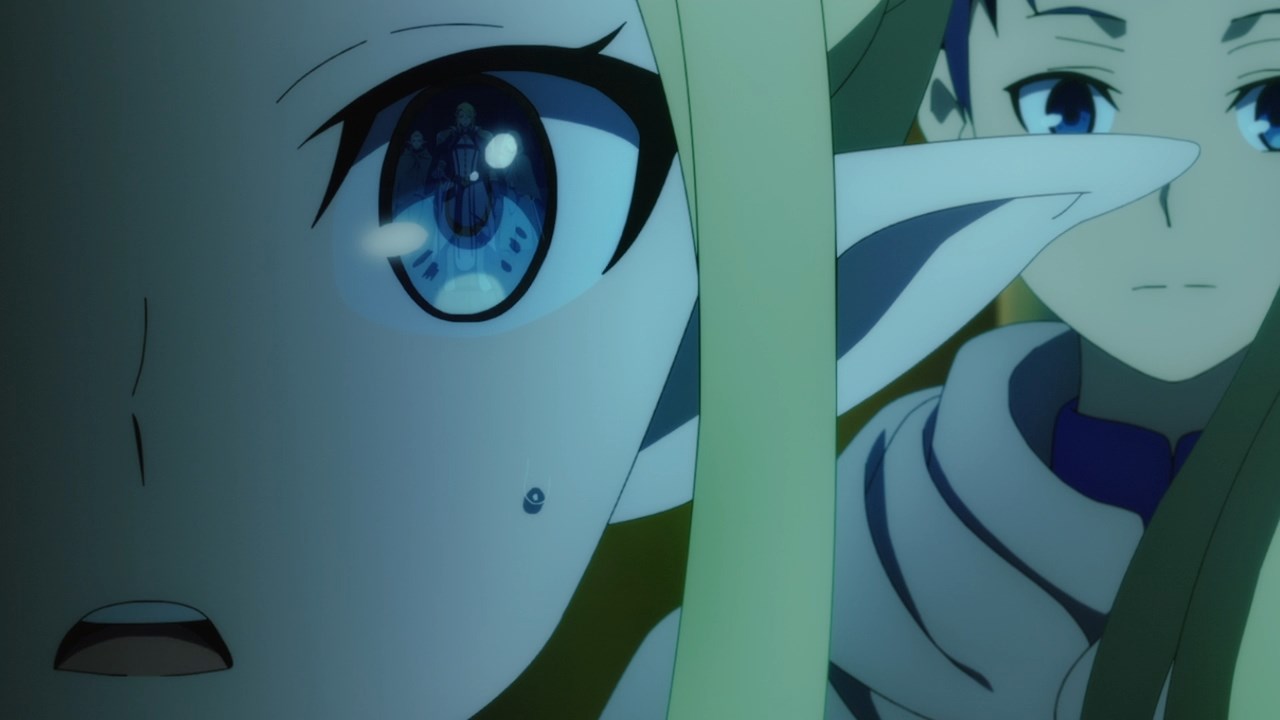 Heck, even Filimos is surprised that the village leader is resurrected, but how did Potimas manage to revive himself?

With that said, Potimas welcomes them to the elf village as he needed Schlain’s help to drive Hugo and his soldiers away. 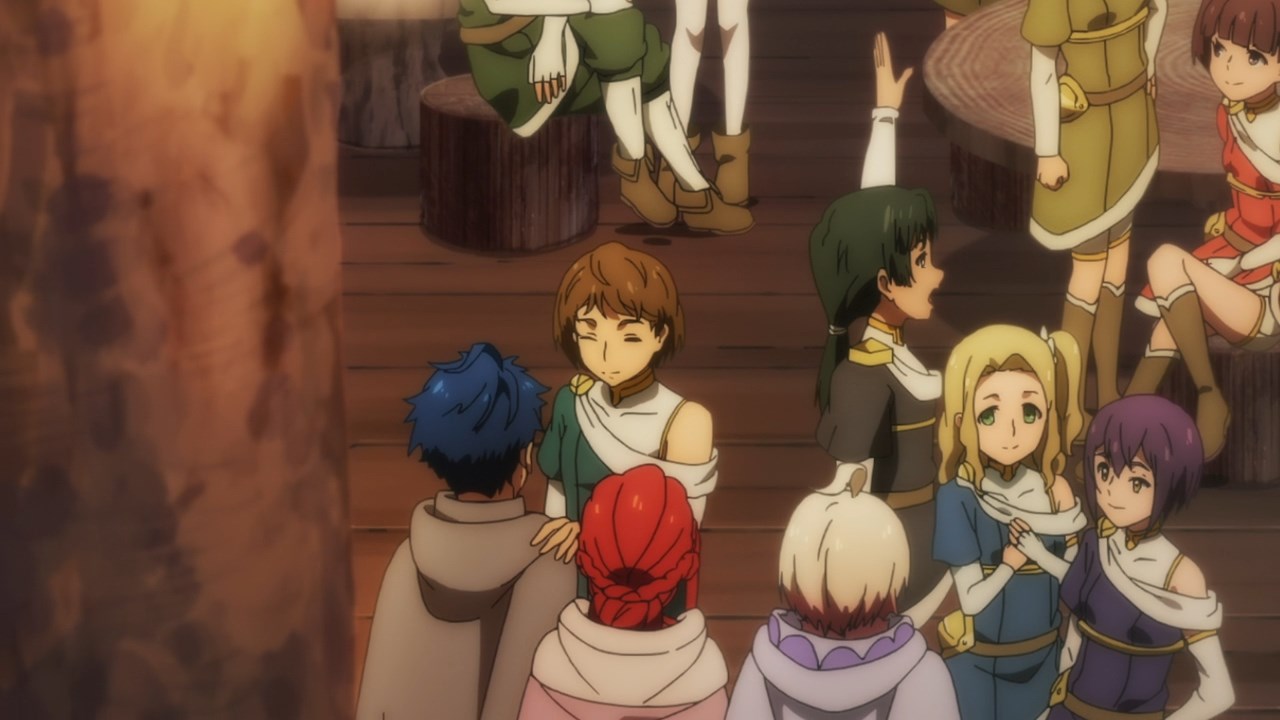 Of course, since the elves don’t want humans in their homes, Filimos decides to take Schlain and his party into a remote area where it houses most of the reincarnated people. 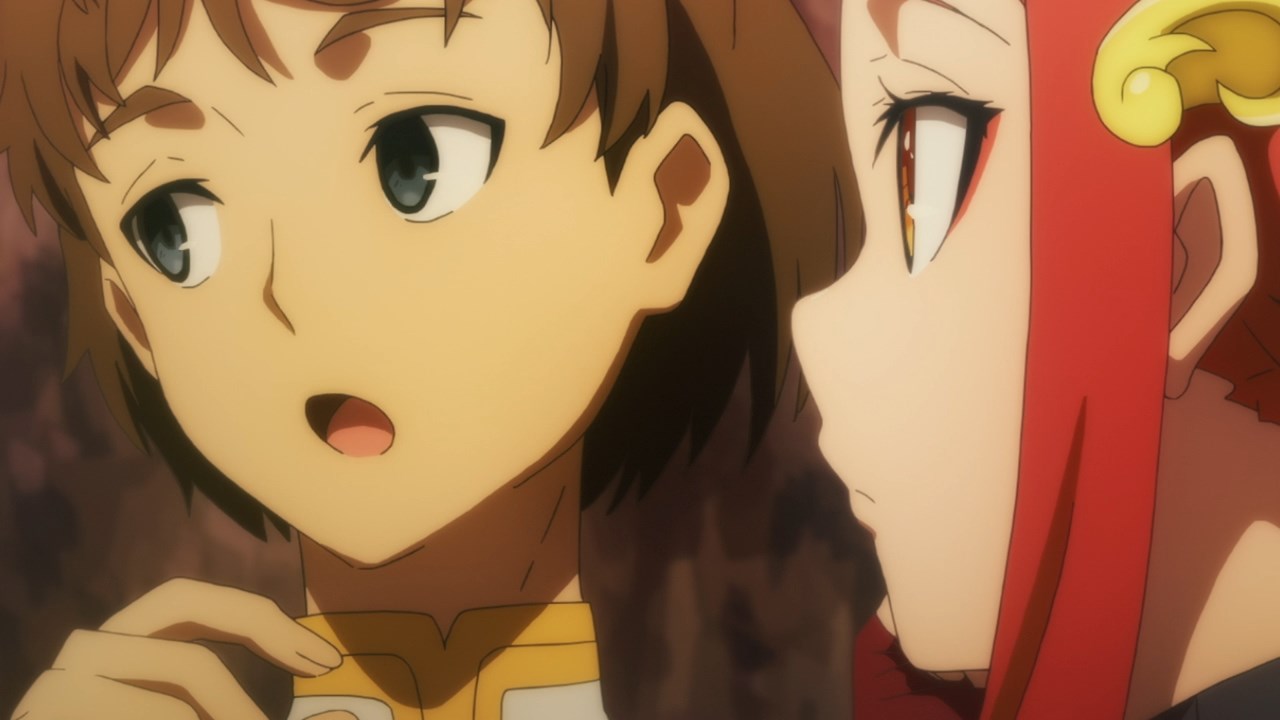 But here’s the thing though as most of them couldn’t get out of the area nor talk to the elves. Well, that’s sucks for them!

Of course, what about Filimos? Is she in cahoots with Potimas? I guess Schlain will have to find out the hard way. 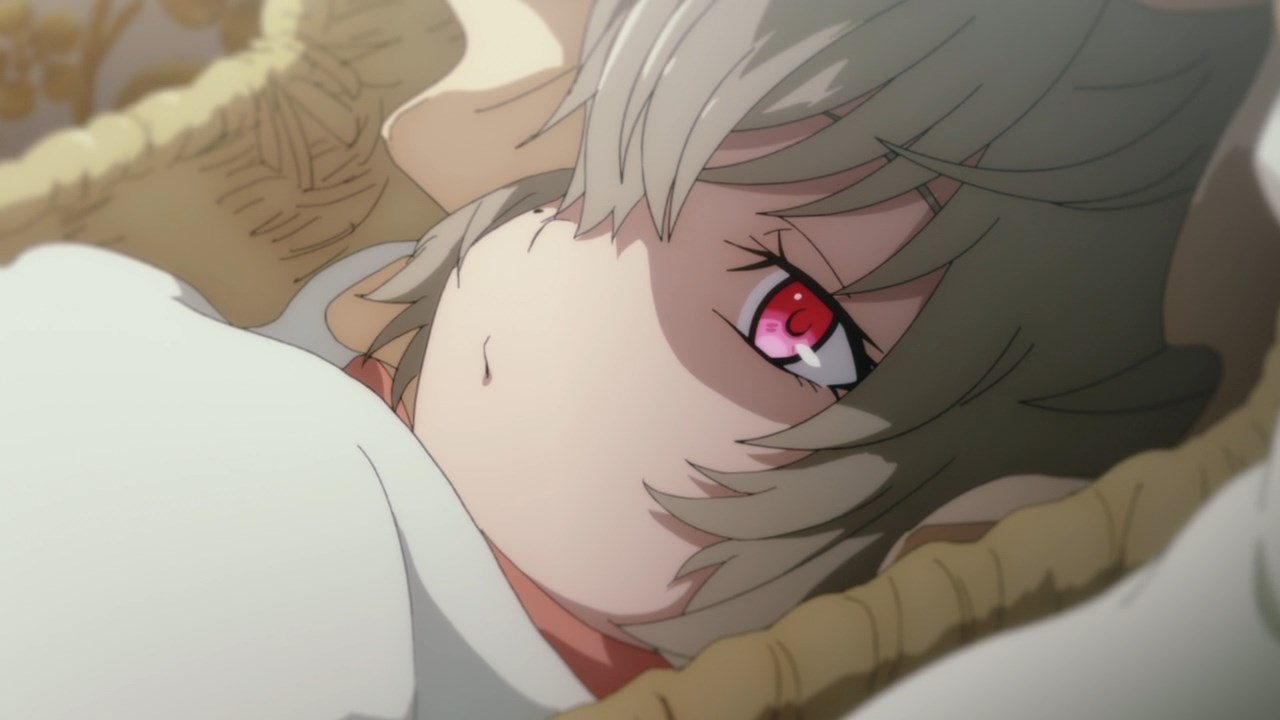 But let’s go back to the past where Sophia Keren is still stuck as a baby but more important, she saw an important man who made a visit to the Keren household. 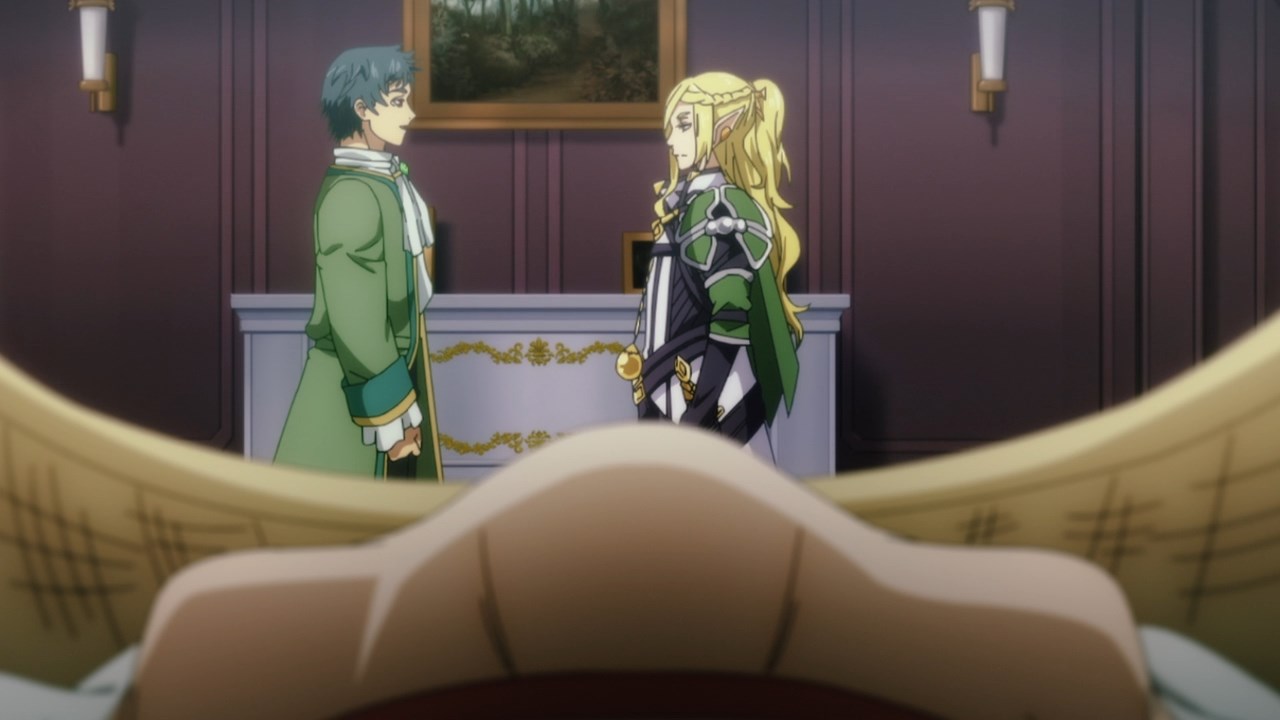 That’s right, it’s Potimas where he’s interested towards Sophia Keren since she’s a vampire after all. Not only that, but Potimas caught wind in regards to Ms. Spider being revered as a divine beast. 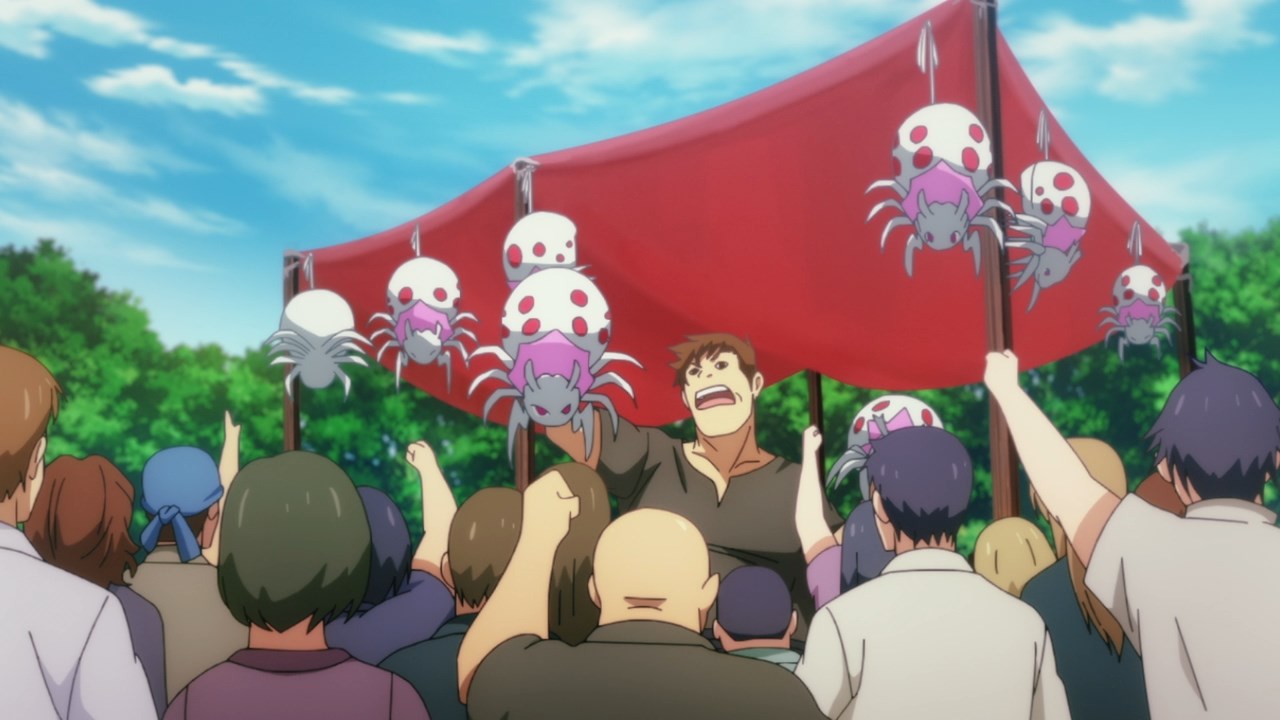 And speaking of Ms. Spider, check out the merchandise such as dolls in which everyone revered her as an idol.

Compared to her previous life where she didn’t stand out too much, Ms. Spider got some attention where even the followers of the Faith of the Goddess declared Ms. Spider as their savior. 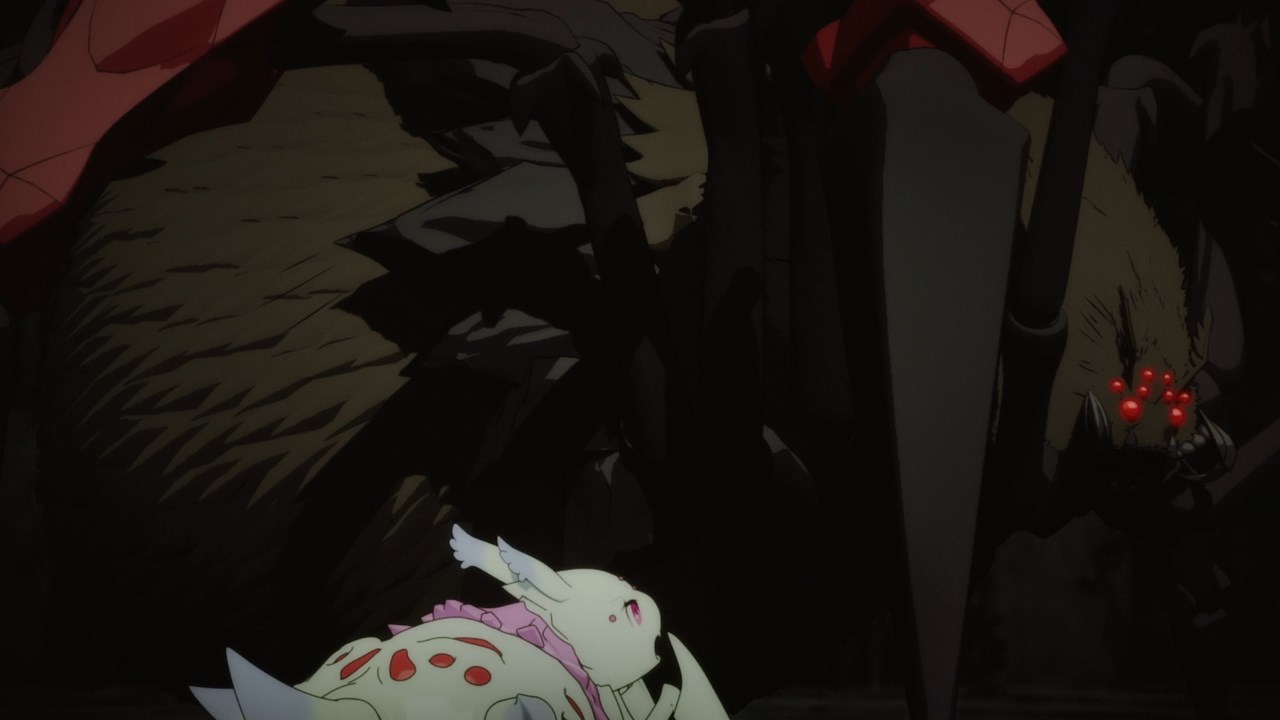 With that said, looks like Ms. Spider will continue her surveillance to Sophia Keren but first, she’ll have to deal with her cranky mother as Ms. Spider heard that the Queen Taratect is weakened. 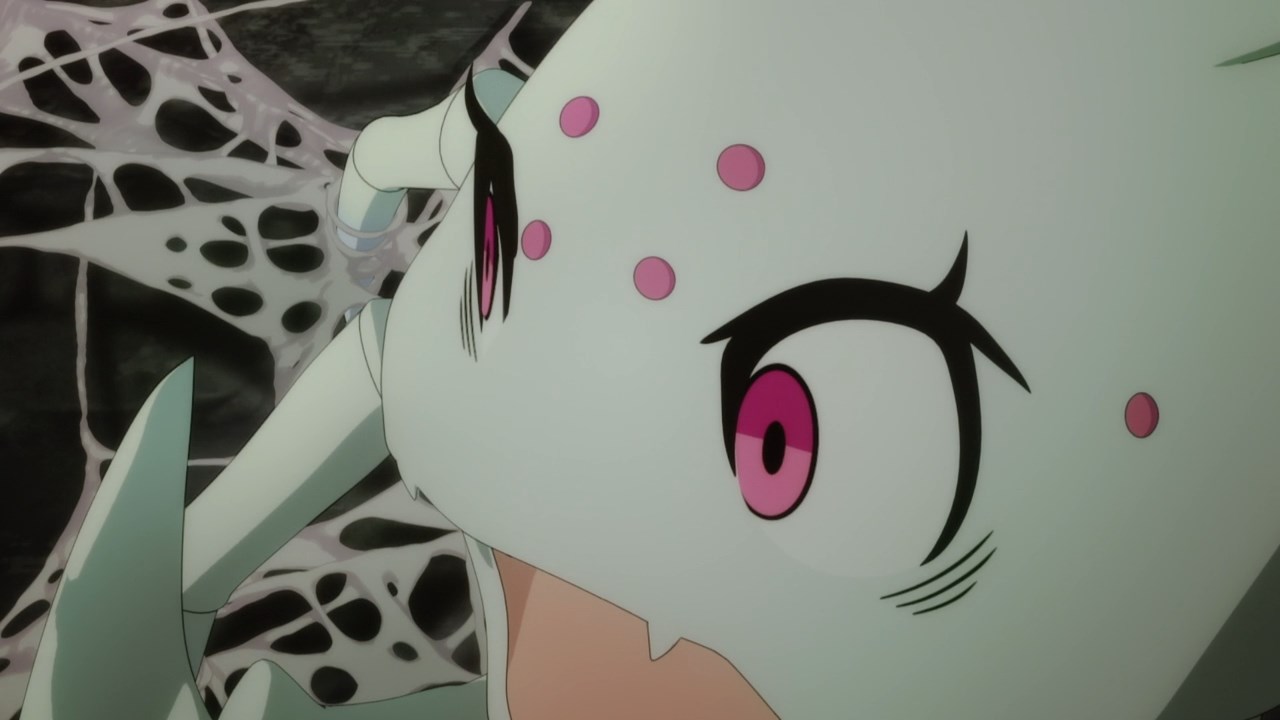 On second thought, seems that the Queen Taratect prepared a trap for Ms. Spider in case she returns to the Great Elroe Labyrinth. Sucks that Ms. Spider didn’t check the area beforehand! 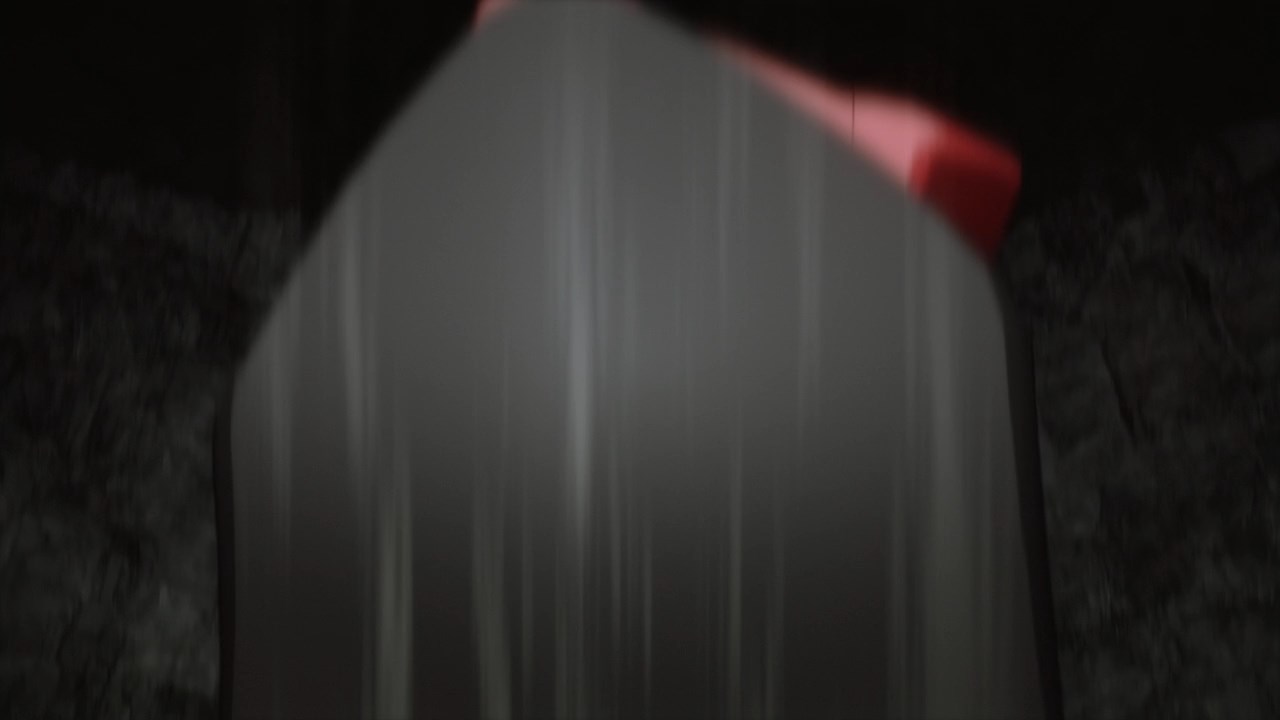 In any case, looks like Ms. Spider is being reduced to a mere head again thanks to the Queen Taratect. Now the only thing left for Zana Horowa is to embrace death… or maybe not. 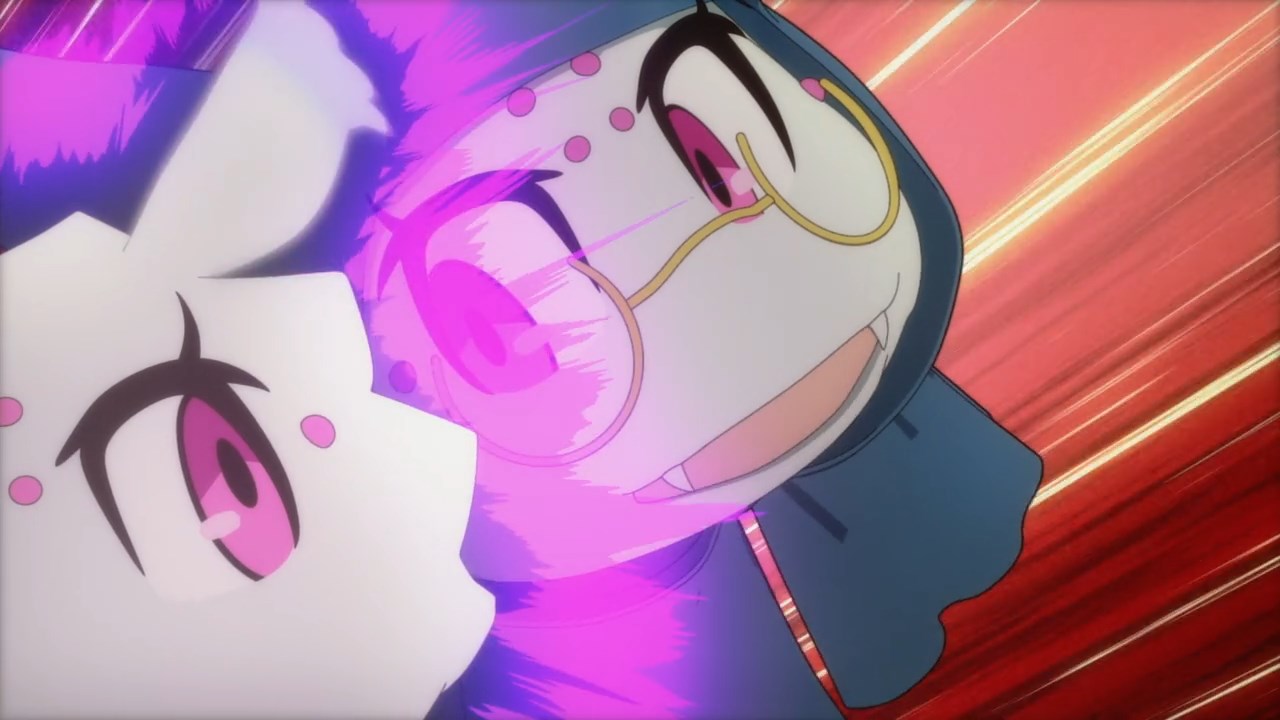 Turns out that her personas have returned to her. And this time, they’re gonna make Ms. Spider stronger as both magic personas managed to siphon the Queen Taratect’s soul into their main host. 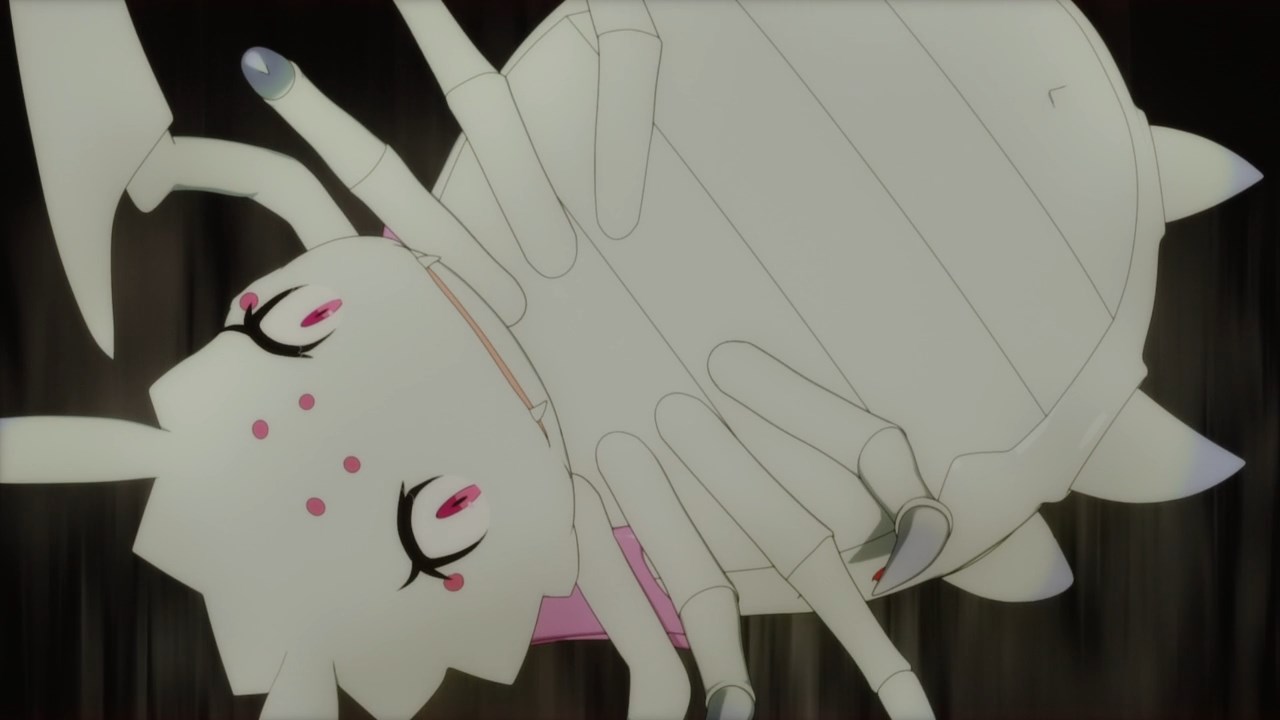 But first, Ms. Spider needs to regenerate her body since she doesn’t want to remain as a head anymore. Oh yeah, there’s no need to wait for hours as she can regrow it in seconds. 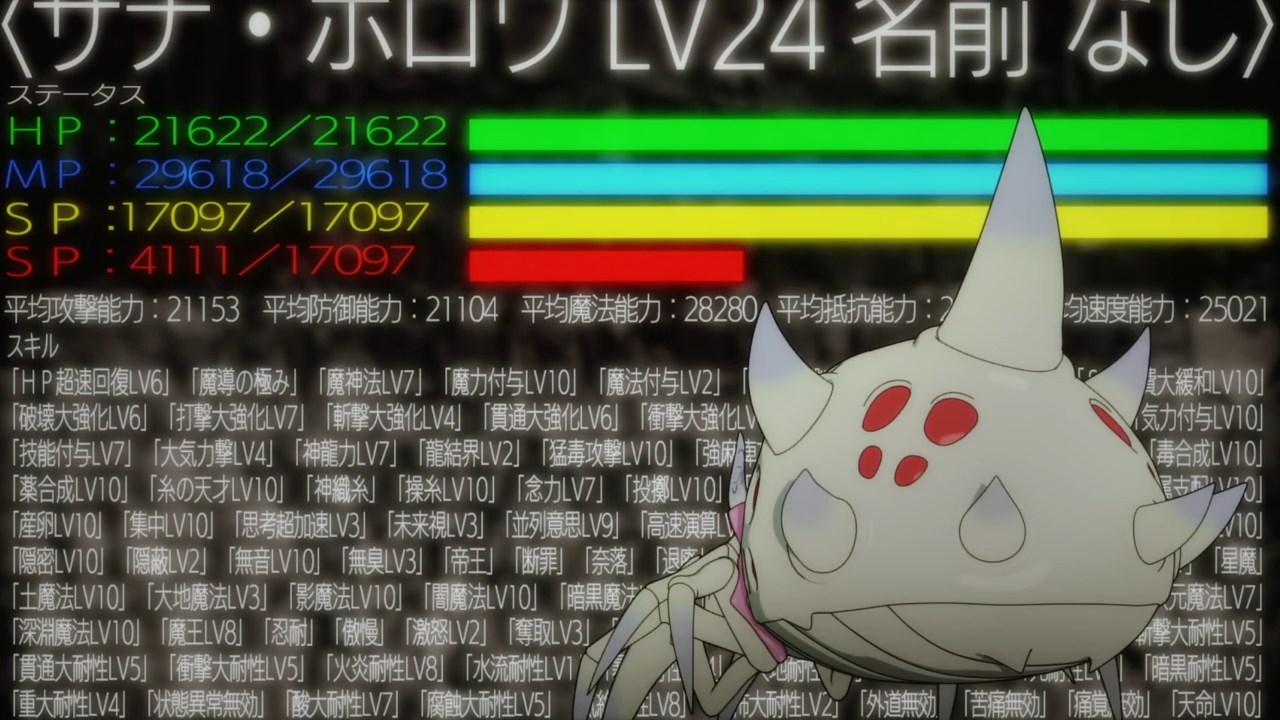 And so, Ms. Spider got stronger thanks to her Parallel Minds in which her stats are astronomical, not to mentioned that she gained more skills in which Ms. Spider can take on anything. 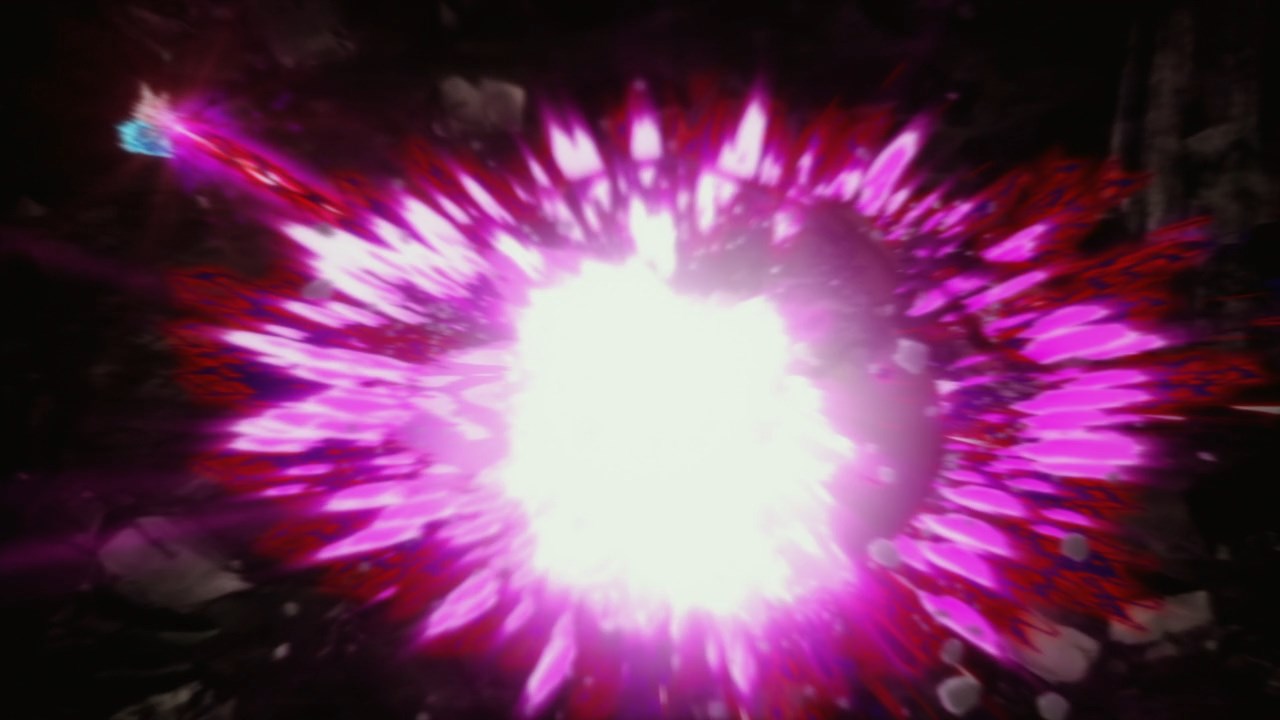 But yes, the Queen Taratect is basically weaker now as Ms. Spider killed her own mother with little effort.

Now I’m glad that both magic personas have returned, but what about the body persona? 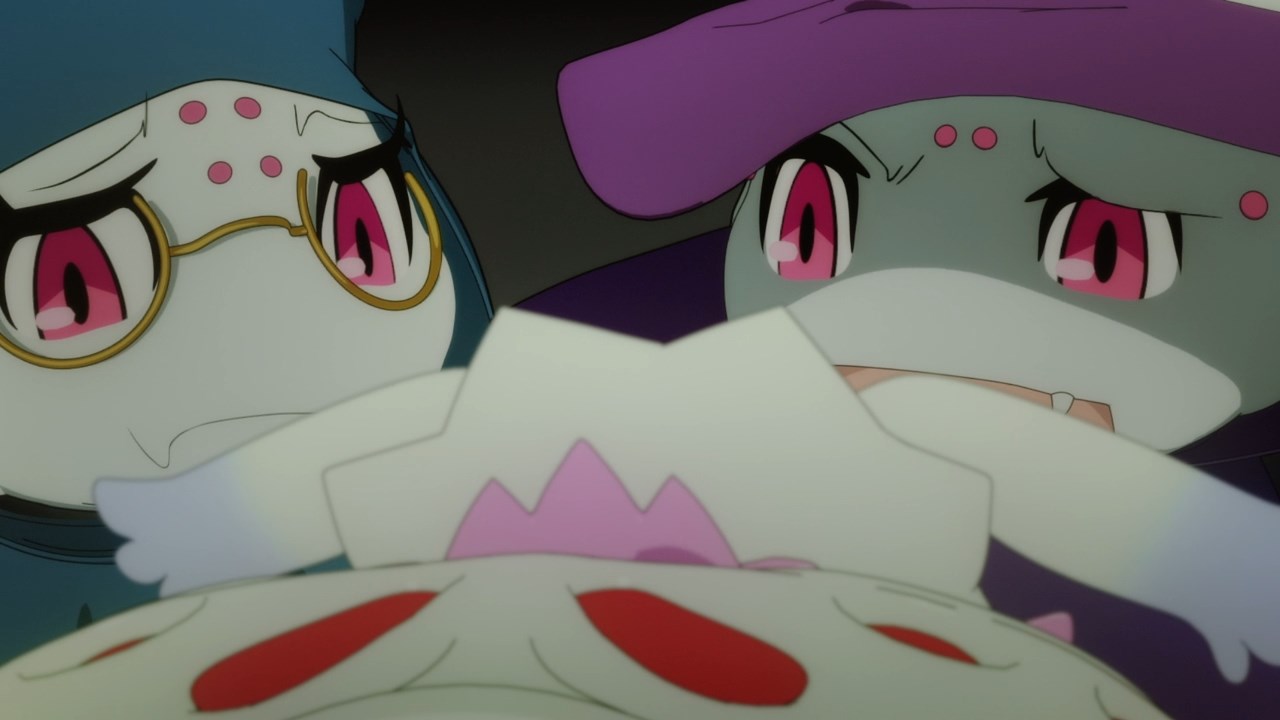 However, both magic personas told Ms. Spider that the body persona is missing in action while attempting to stop Ariel. Damn, that’s unfortunate! 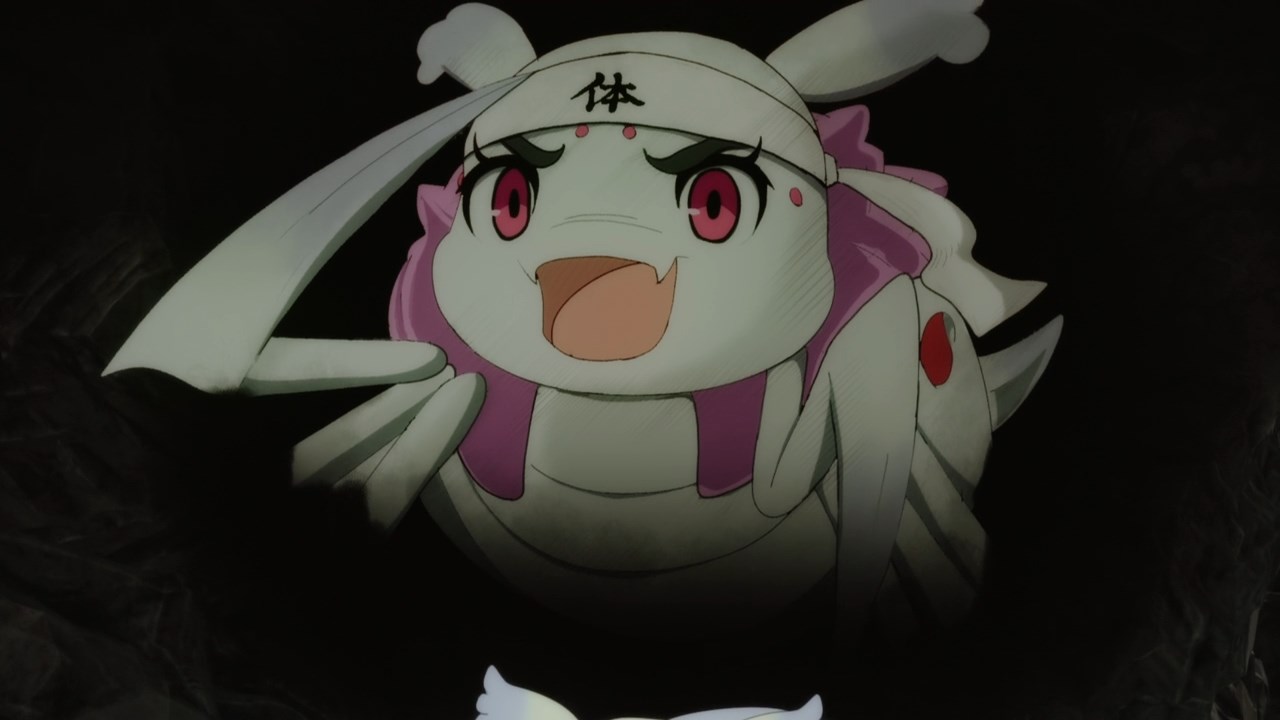 So yeah, it’s sucks that her body persona is basically gone thanks to Ariel, although Ms. Spider will have to get stronger if she has a chance to defeat the demon lord. 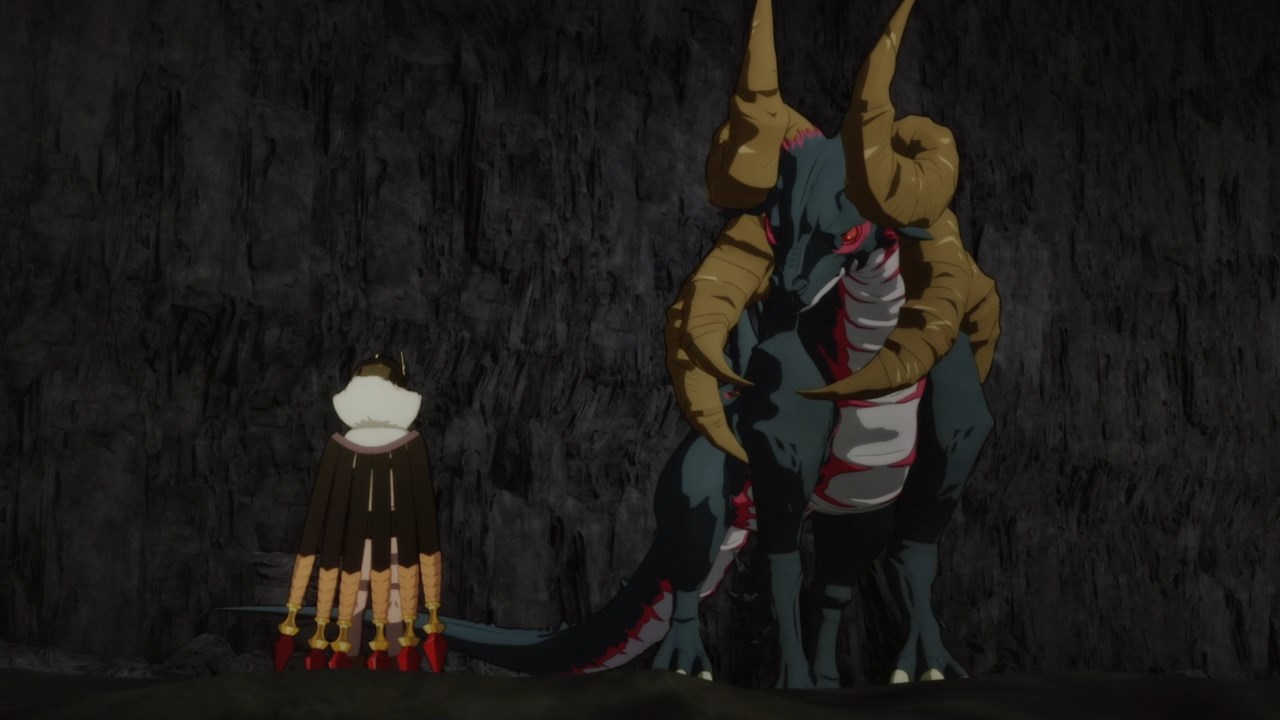 Speaking of the demon lord, Ariel has arrived at the Great Elroe Labyrinth, only to find out that the Queen Taratect is finally defeated.

Also, her dragon companion told Ariel that her reign will be over soon thanks to the arrival of Ms. Spider. C’mon, the balance of power has shifted due to her meddling. 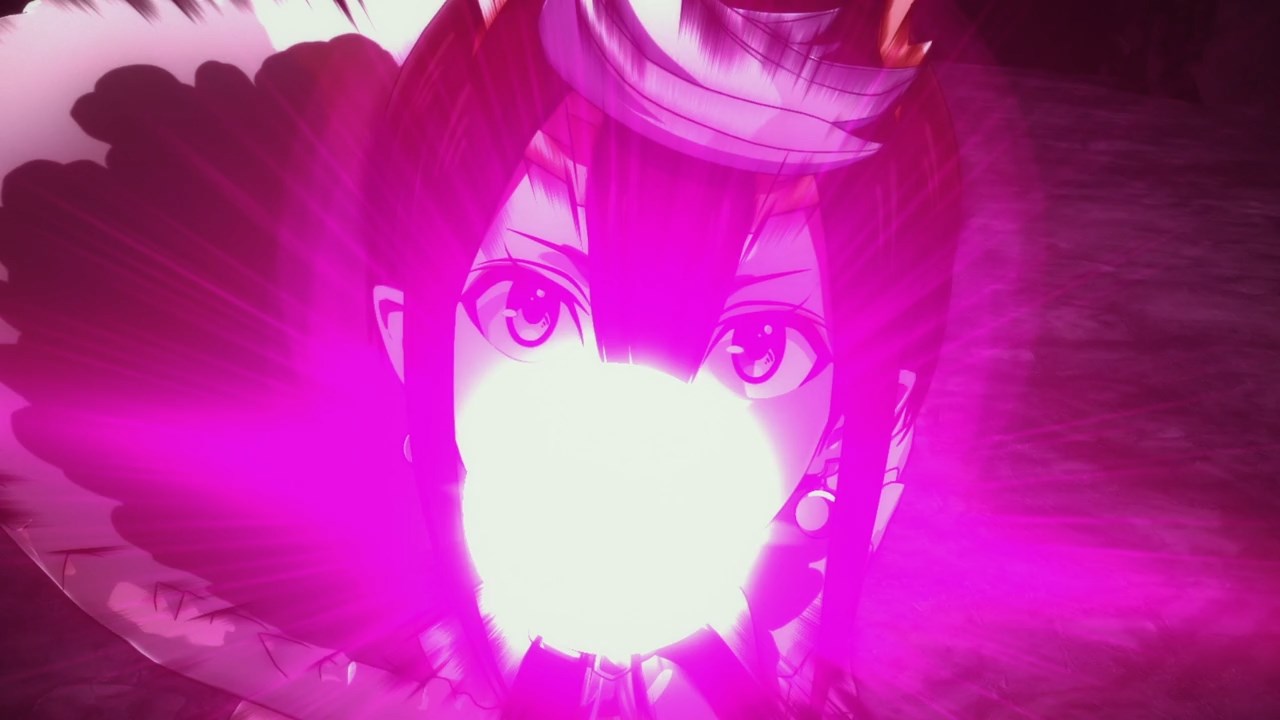 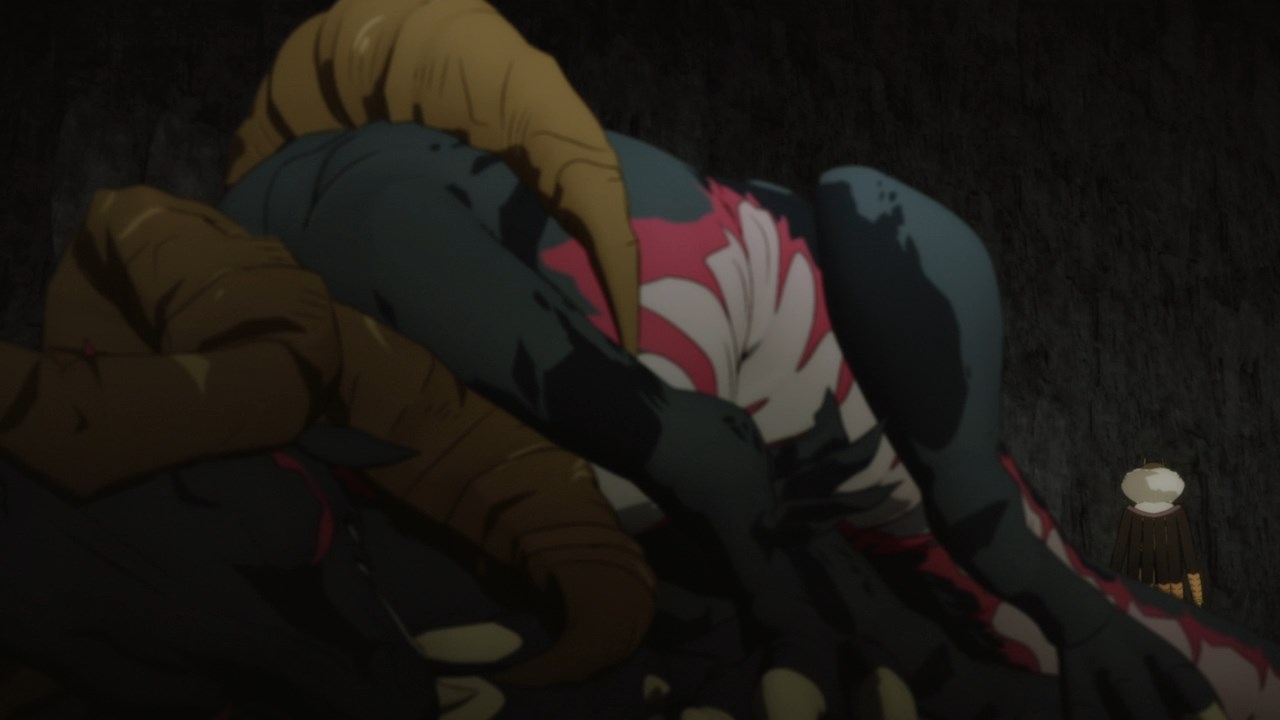 Of course, Ariel refused to believe that as the demon lord kills the dragon with her deadly breath. Honestly, I think the dragon spoke the truth as Ariel’s time in the mortal realm will be over once Ms. Spider surpasses her.

In any case, tune in next time where Schlain and his party will have to confront the truth regarding Potimas and Filimos ’cause they’re not good elves. Oh, and let’s not forget Ms. Spider where she’ll grind some experience in order to defeat Ariel.