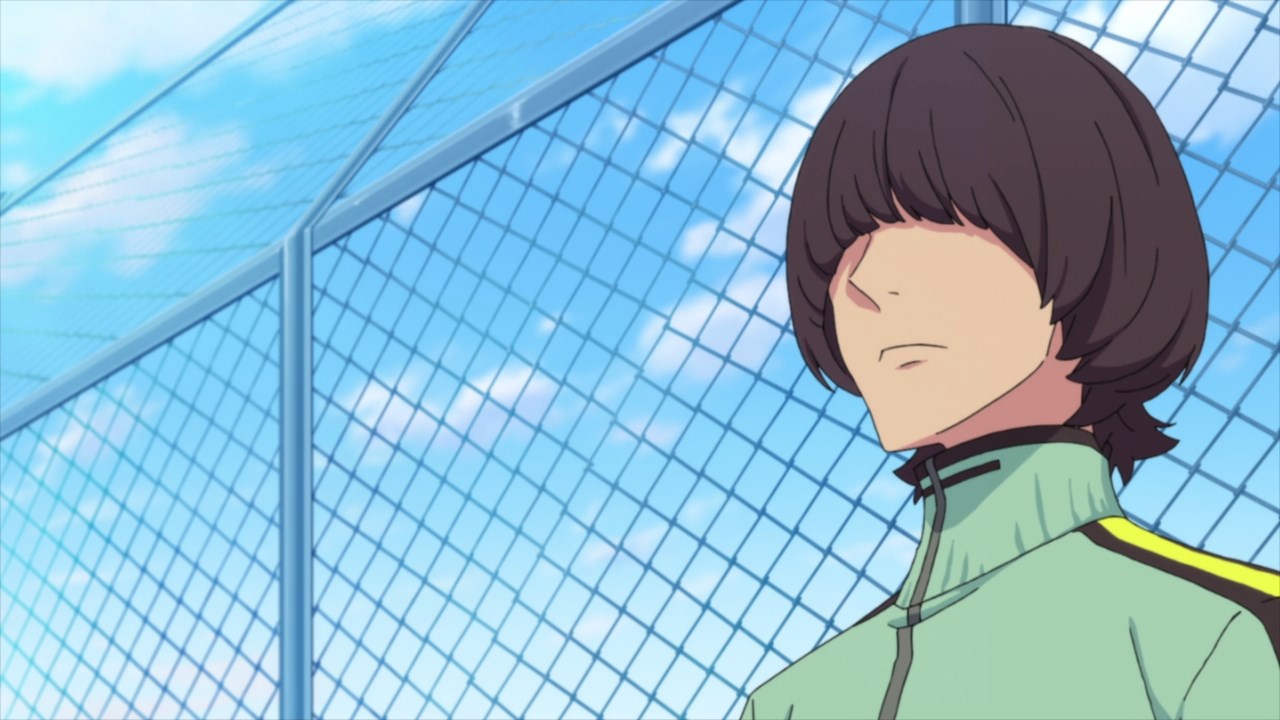 Let’s start this episode with Koyomi Yamanaka where he has another secret from Inamoto-san. 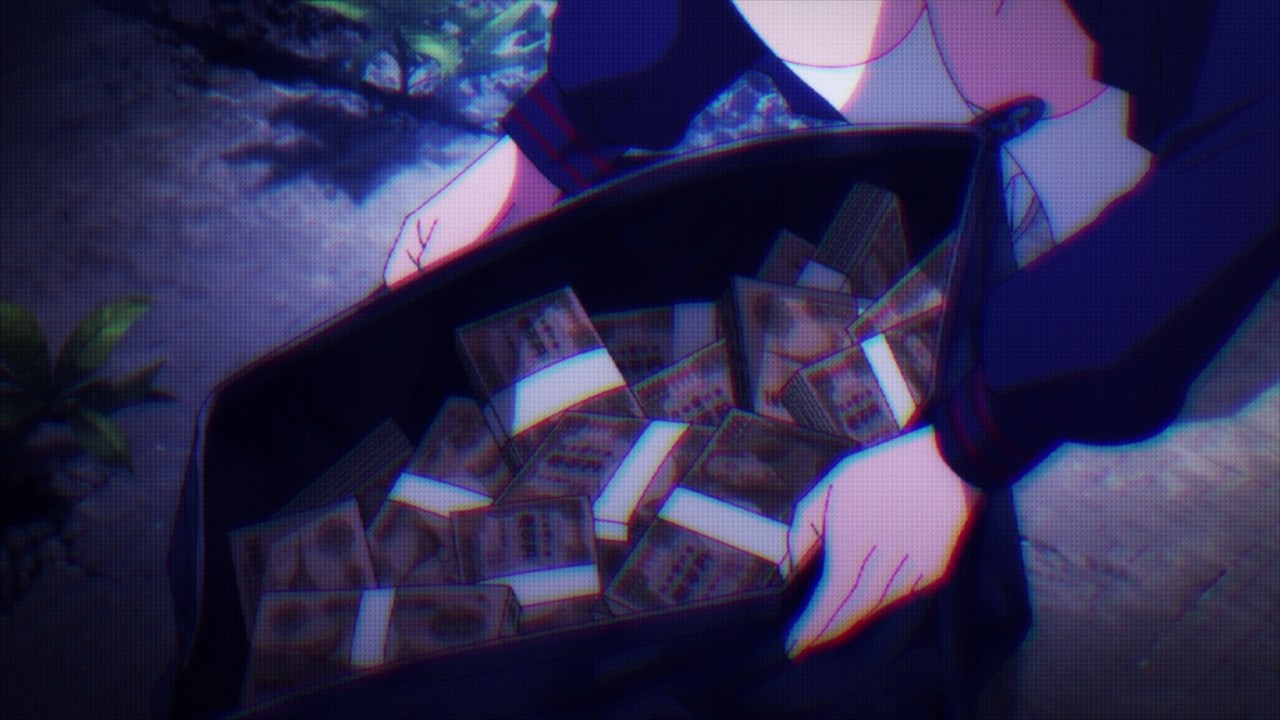 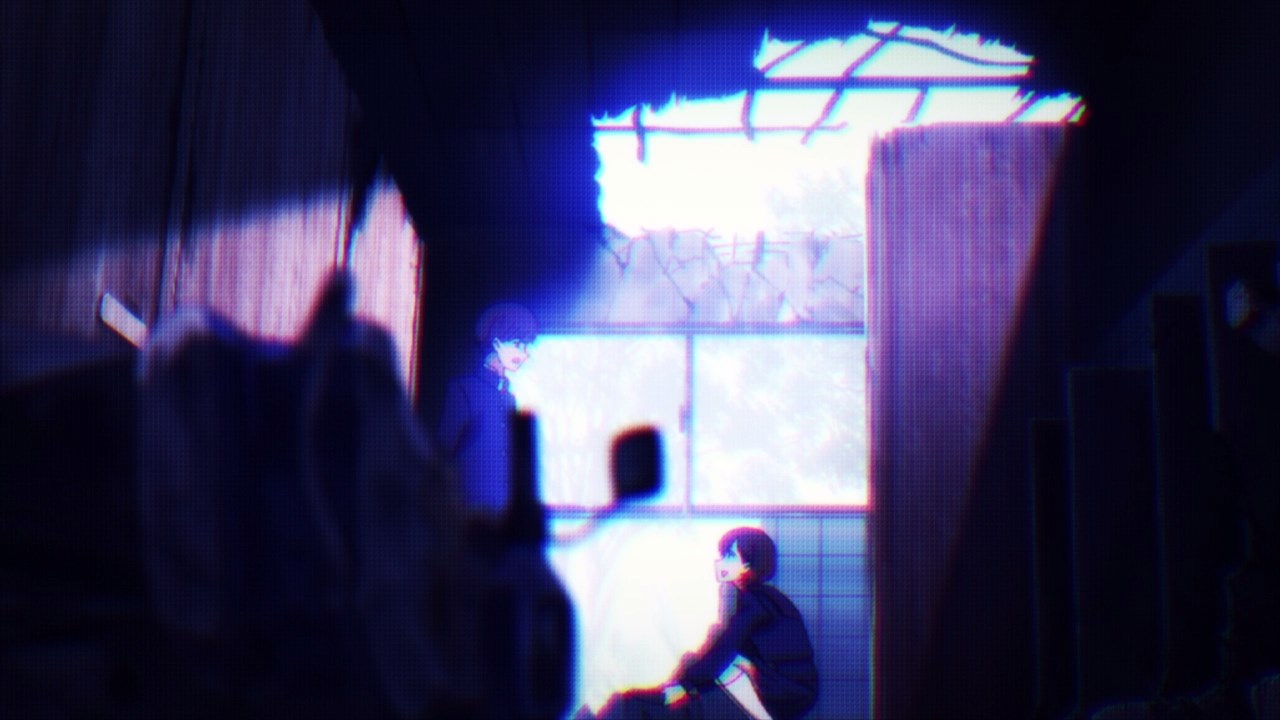 You see, there’s a rumor that Inamoto stole a bag full of cash, although we’ll never know if she used that money or she lost it in the end.

As for Yamanaka, he ran away from Inamoto back then as he doesn’t want to get in trouble, especially when Inamoto is holding lots of money. But now, he really regretted it. 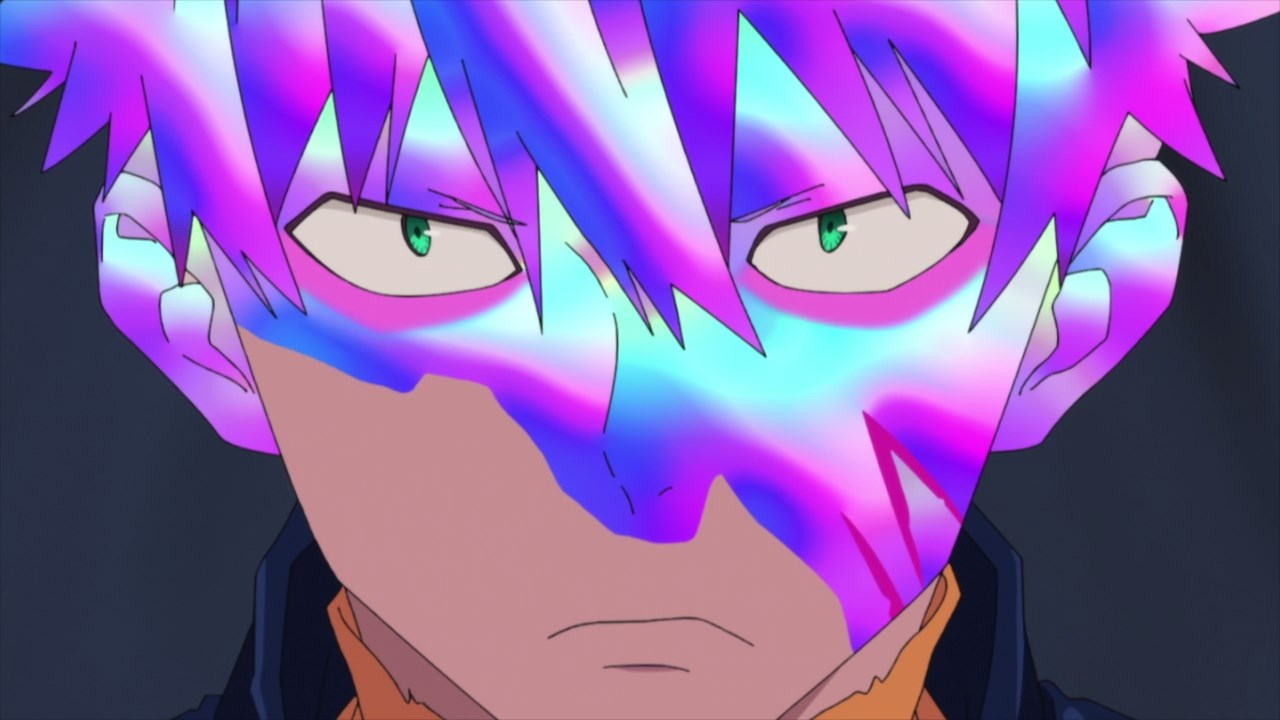 Now let’s move onto Gauma where his face has some weird paint on it. Unfortunately, Gauma couldn’t remove the paint as someone or something altered his face. 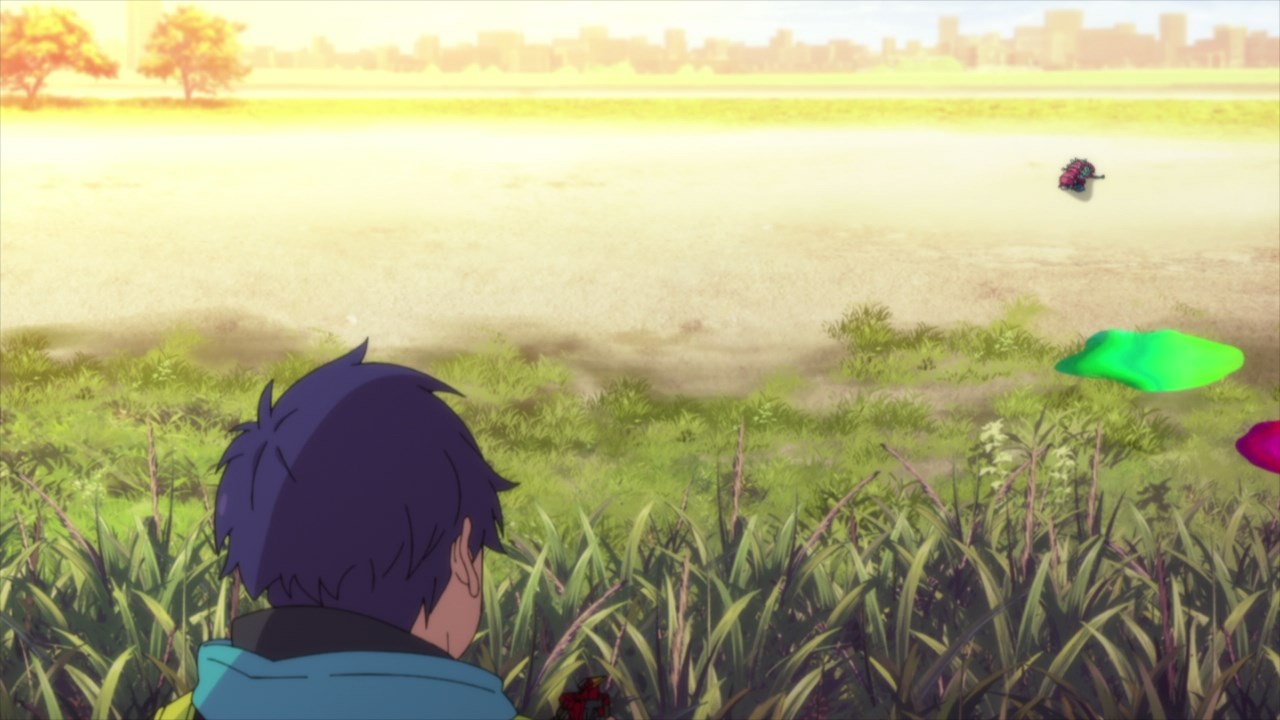 Turns out that it’s the result of a kaiju named Zaiohn in which Yomogi Asanaka and his friends found it. 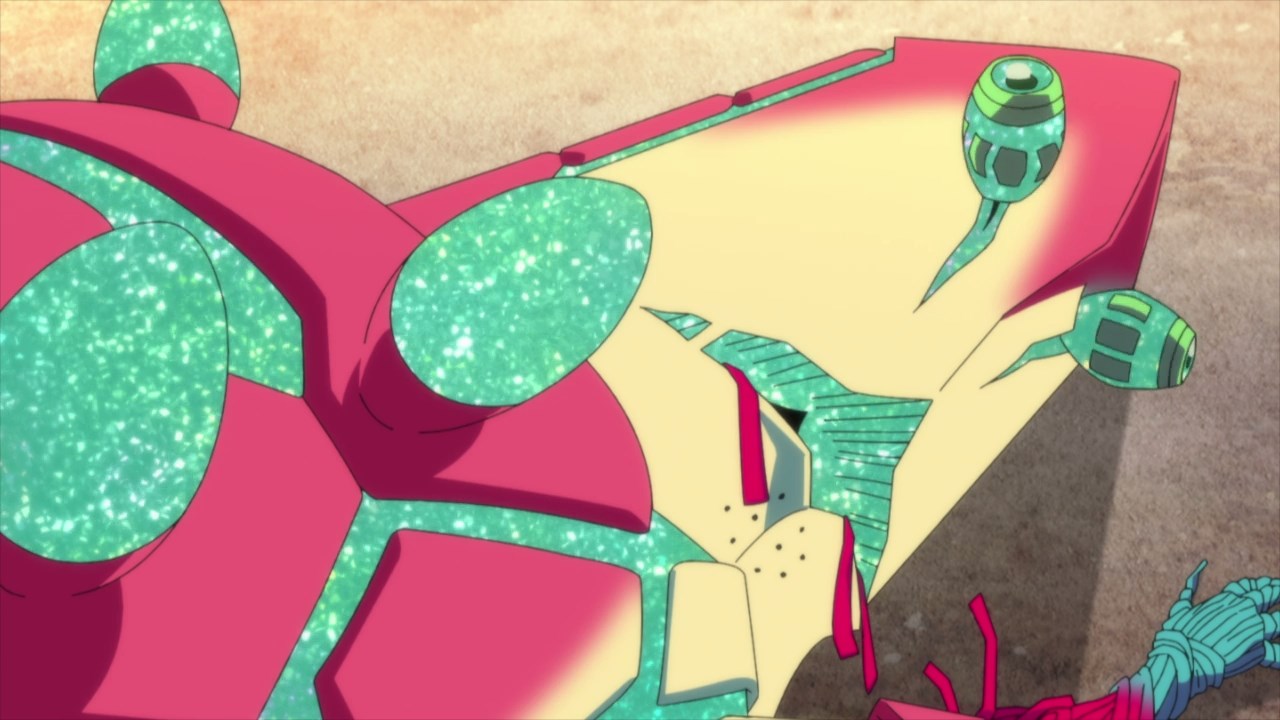 However, Zaiohn is currently weak in which this kaiju is basically harmless, although Gauma doesn’t like his face being messed-up by a kaiju. 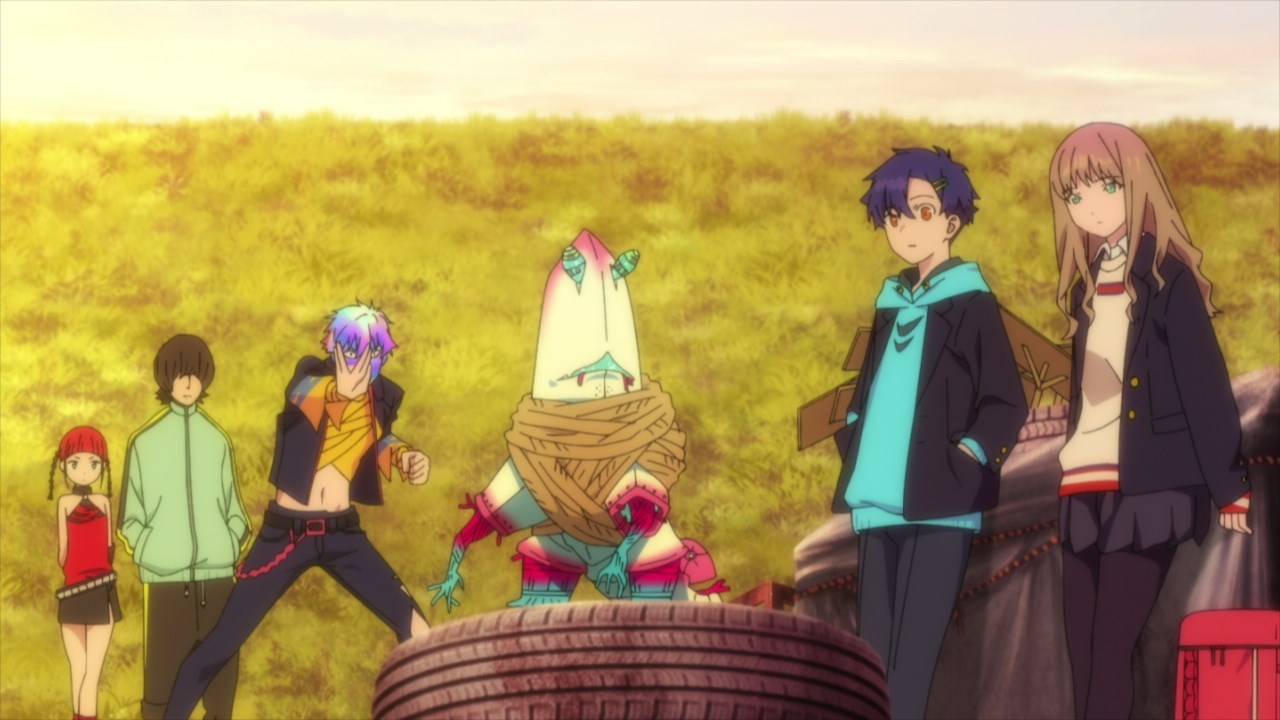 Come to think of it, I wonder what happened to the Kaiju Eugenicists since they should handle Zaiohn? 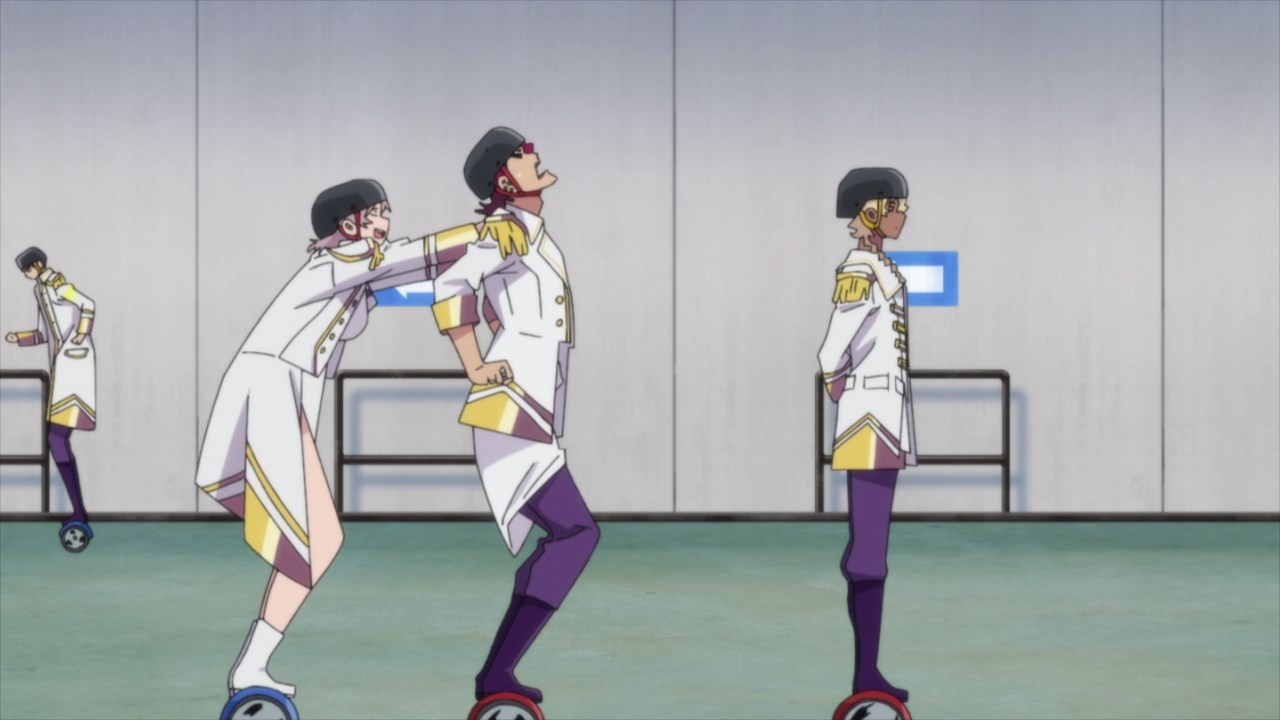 Oh, looks like Juuga and his buddies are having fun. I guess they won’t have to make this episode’s kaiju stronger this time around. 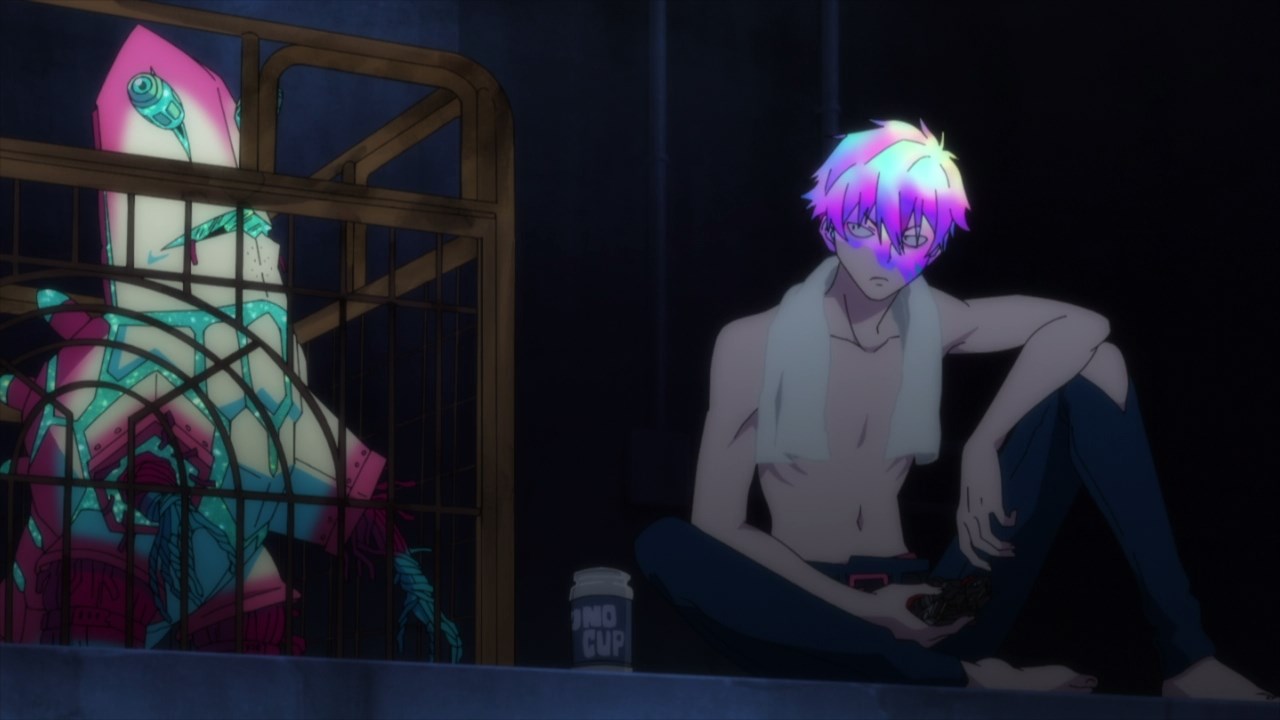 For now, Gauma will have to keep an eye on Zaiohn as he can’t let it loose. Then again, I have a feeling that Gauma’s flimsy cage won’t hold the kaiju back. 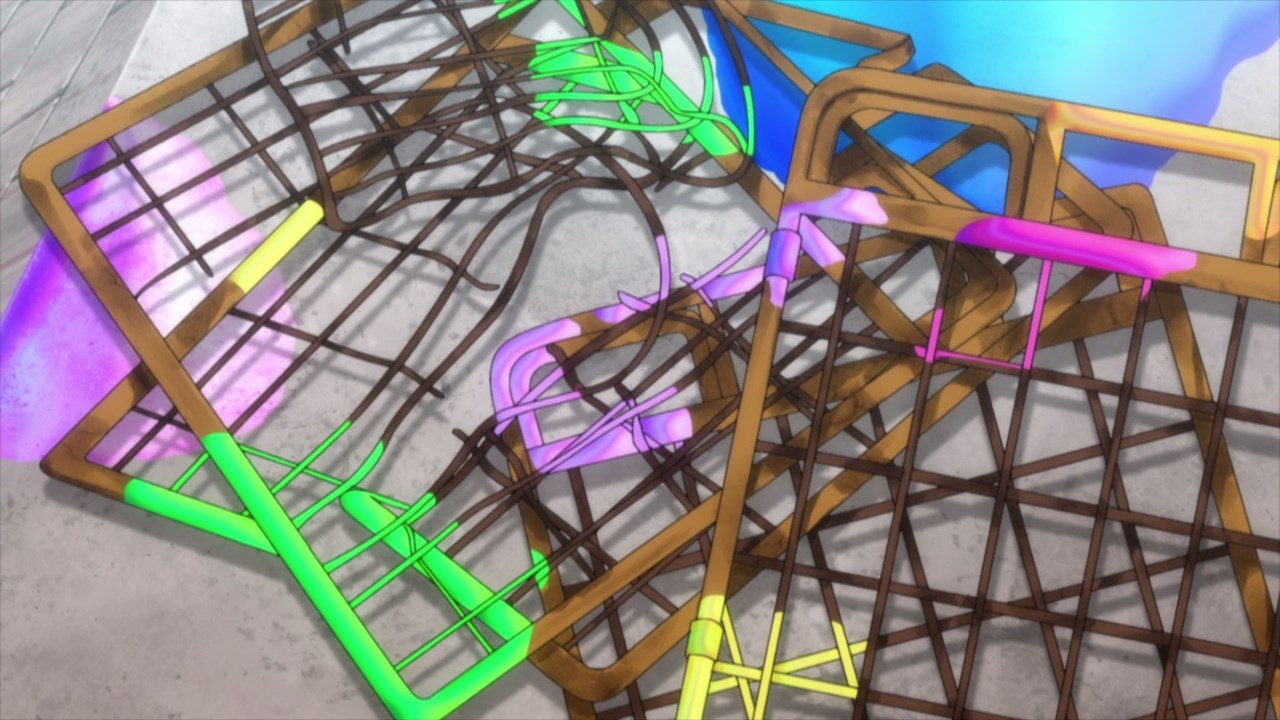 The next morning, Gauma feared the worst as Zaiohn got out of the cage. He should have made a stronger one instead. 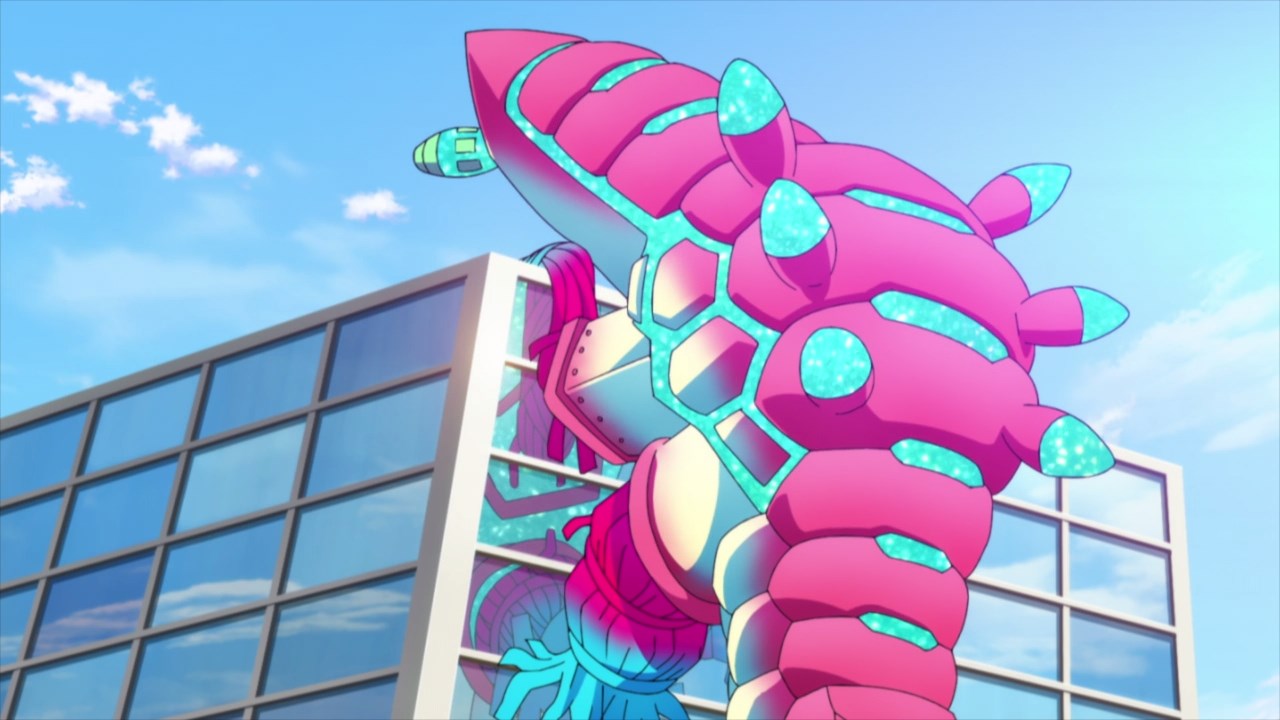 Speaking of the kaiju, Zaiohn went to the city but it’s currently climbing towards this department store building rather than destroying property. 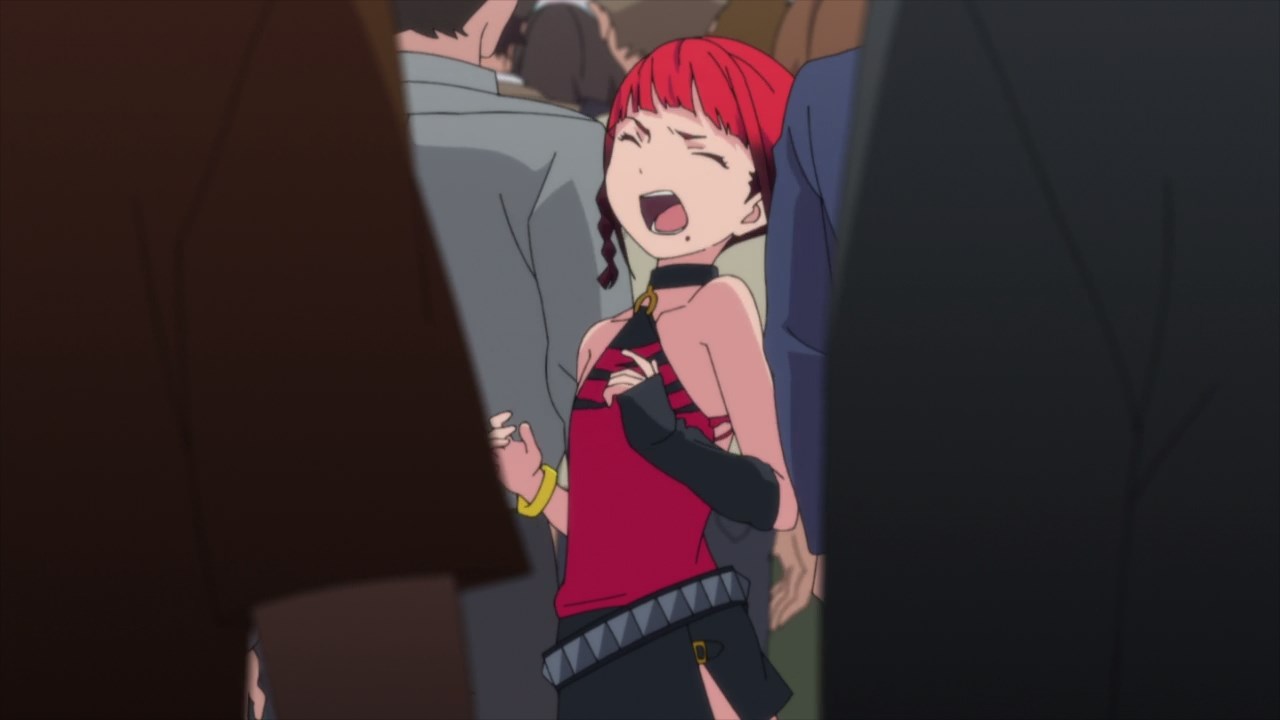 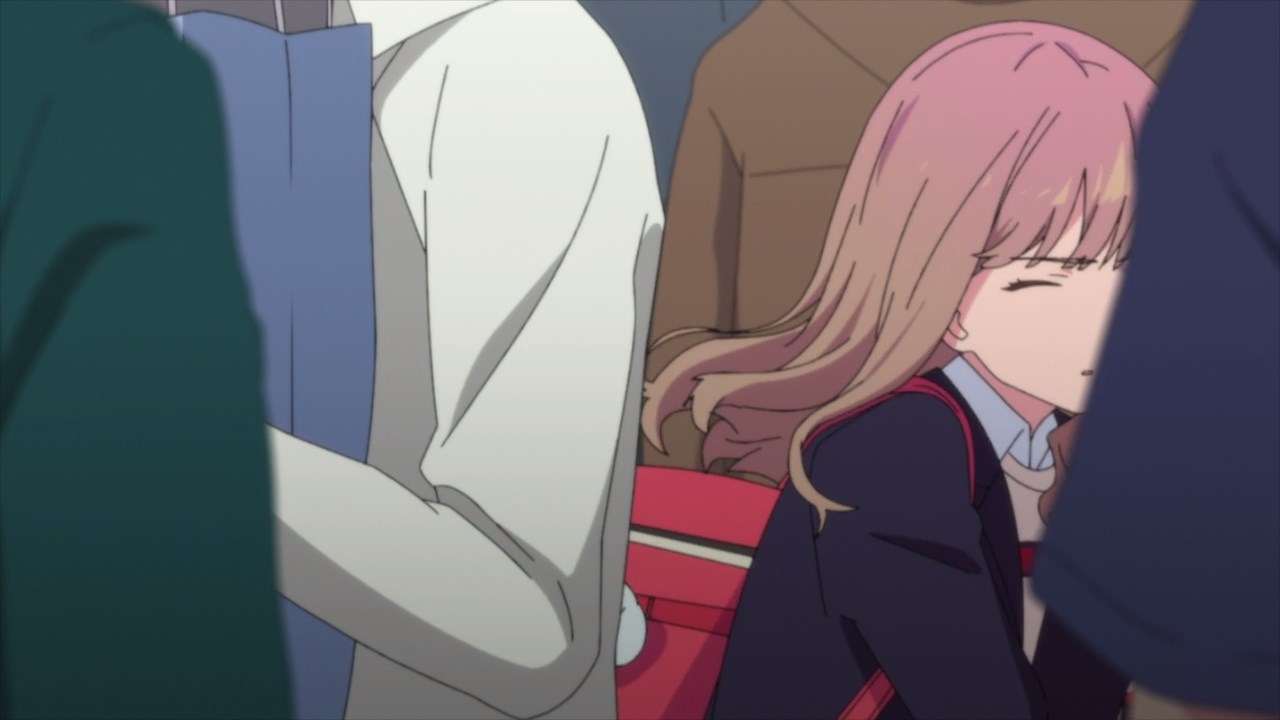 But it gets even more worse as Chise Asukagawa and Yume Minami are they’re trapped inside the building. Not only that, but Yume dropped the Dyna Wing, meaning that Dynazenon can’t be formed. 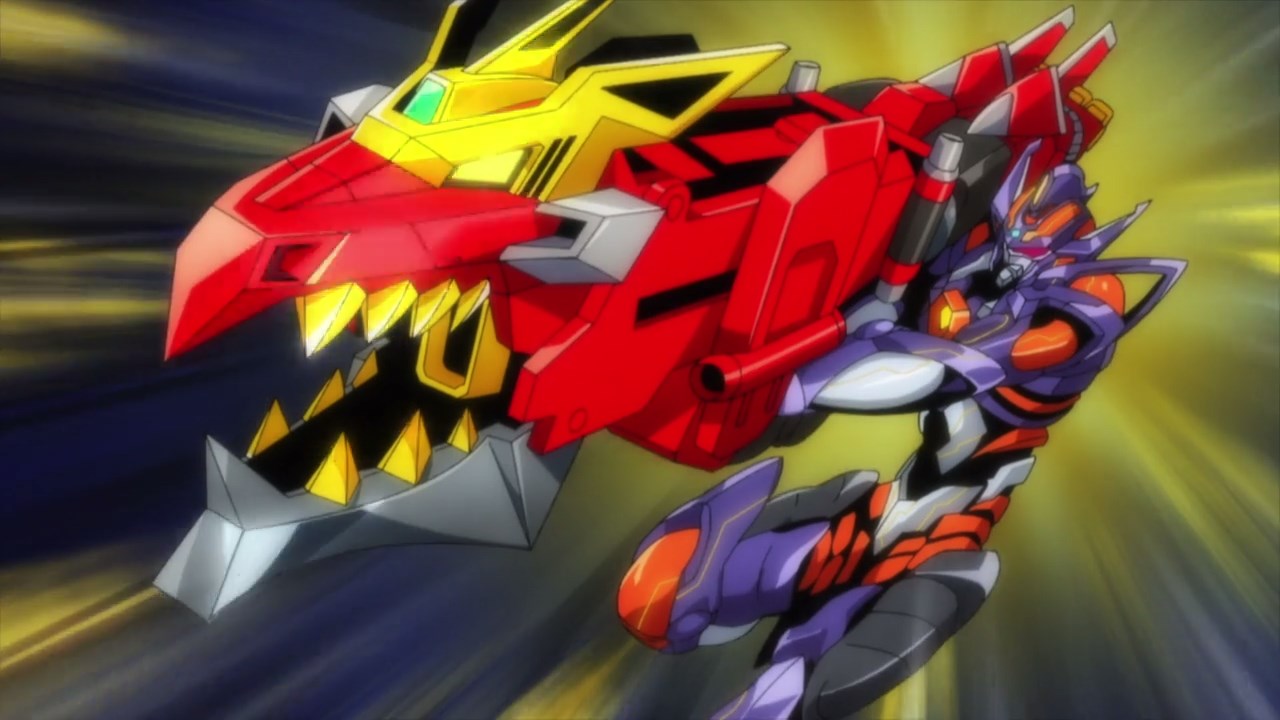 In any case, looks like Knight and Yomogi Asanaka will have to work together this time as Dyna Soldier is transformed into Dynamic Cannon, Gridknight’s long-range weapon.

However, using the Dynamic Cannon against a kaiju, especially when it’s crawling in top of a department store building, is very dangerous as Gridknight might kill the civilians. 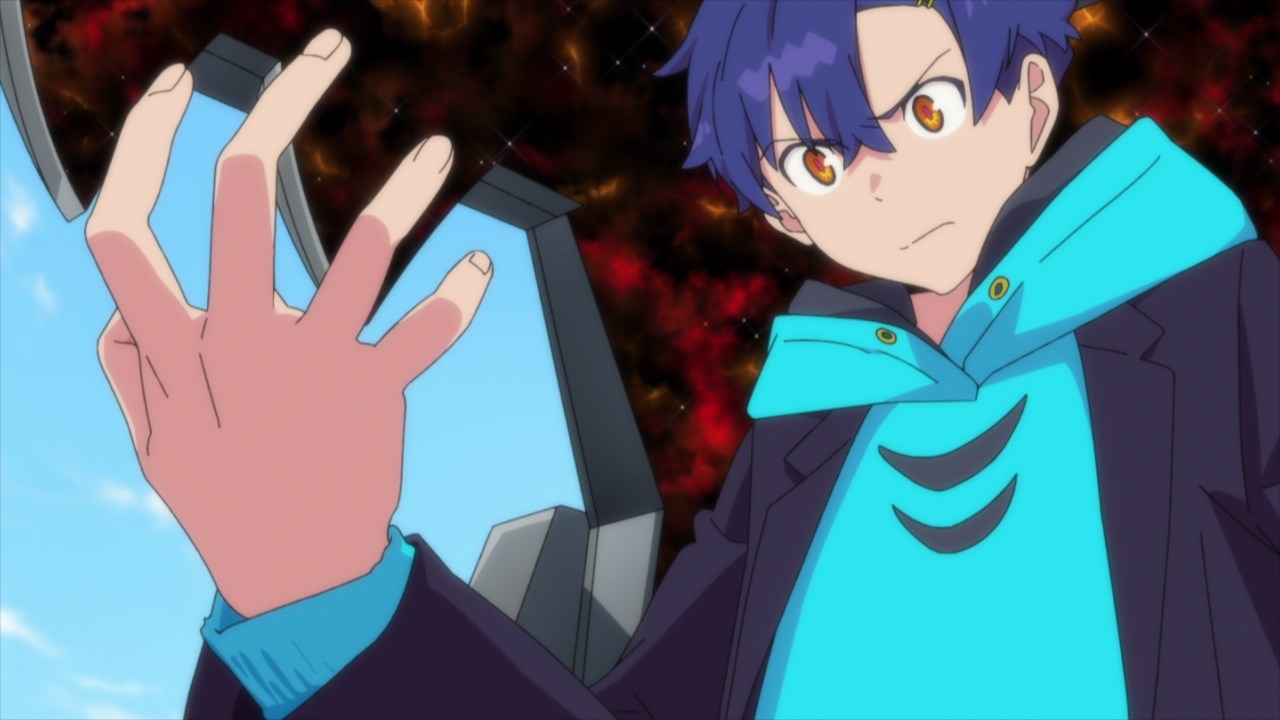 So, the only way to stop Zaiohn from crushing the building is to control it as Yomogi attempts to tame the kaiju, although it’s impossible to do it. 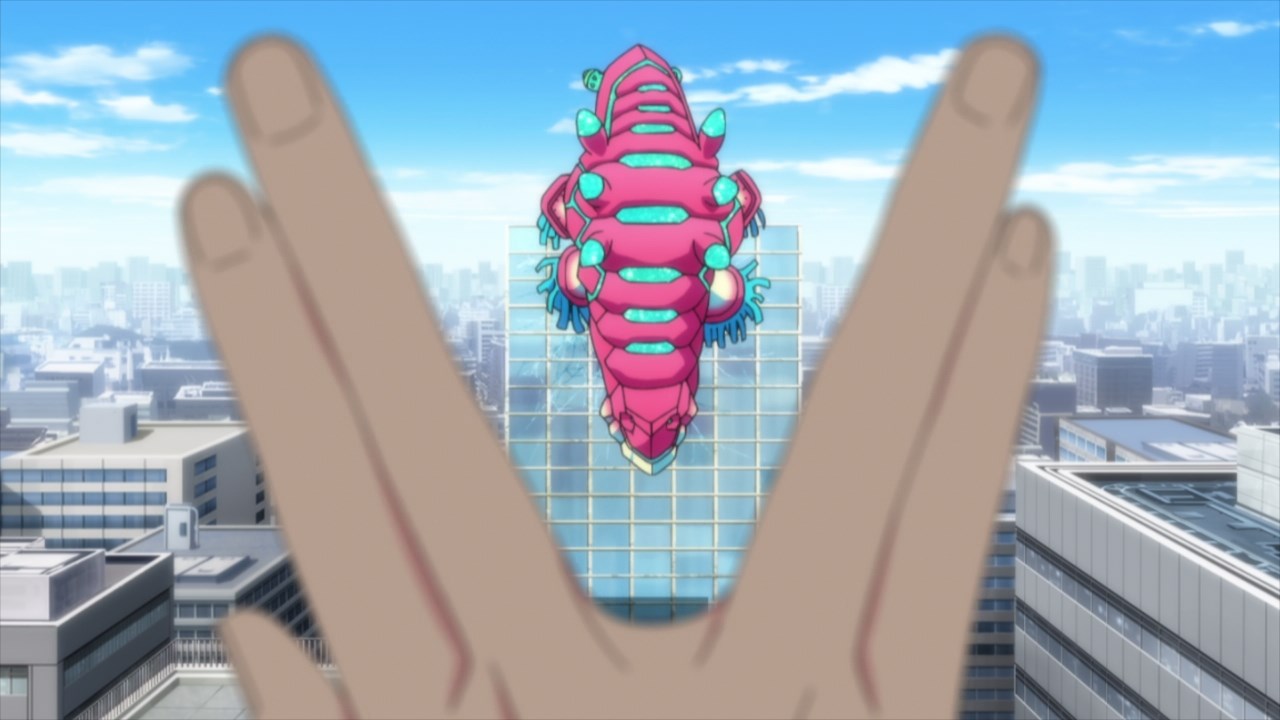 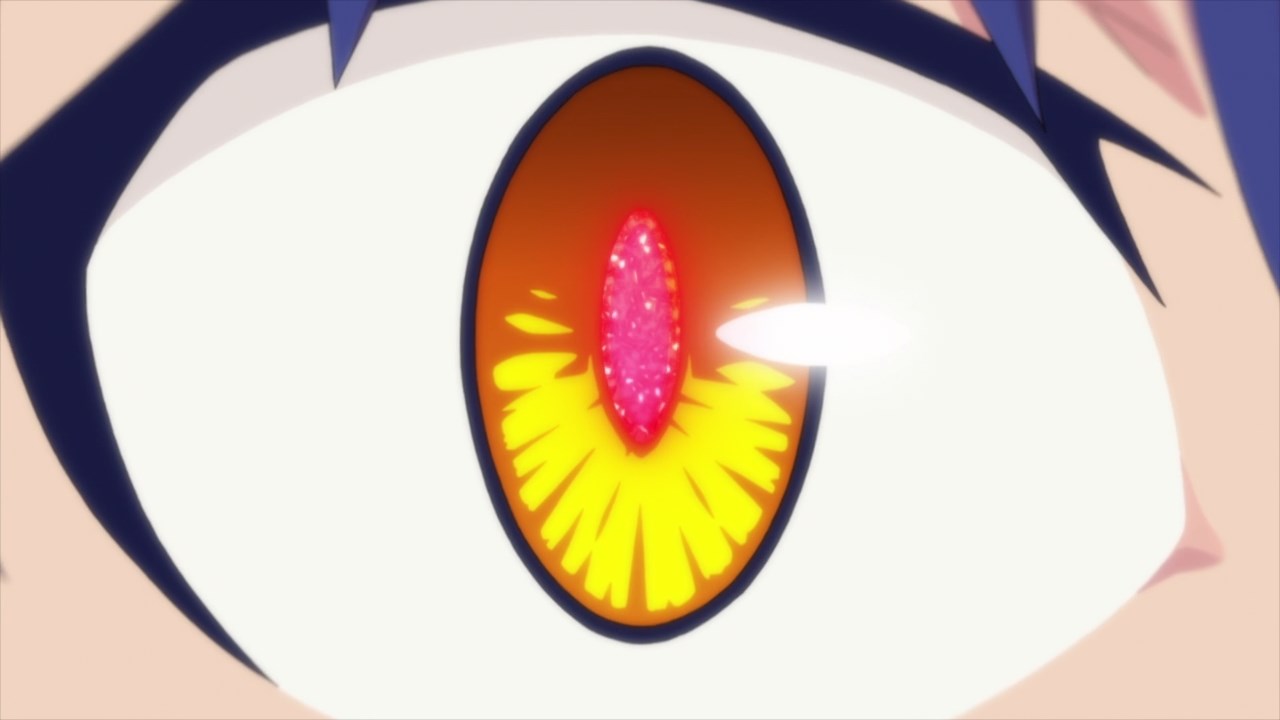 Then again, it appears that Asanaka managed to control Zaiohn for a brief moment. Come to think of it, is Yomogi a kaiju user as well? 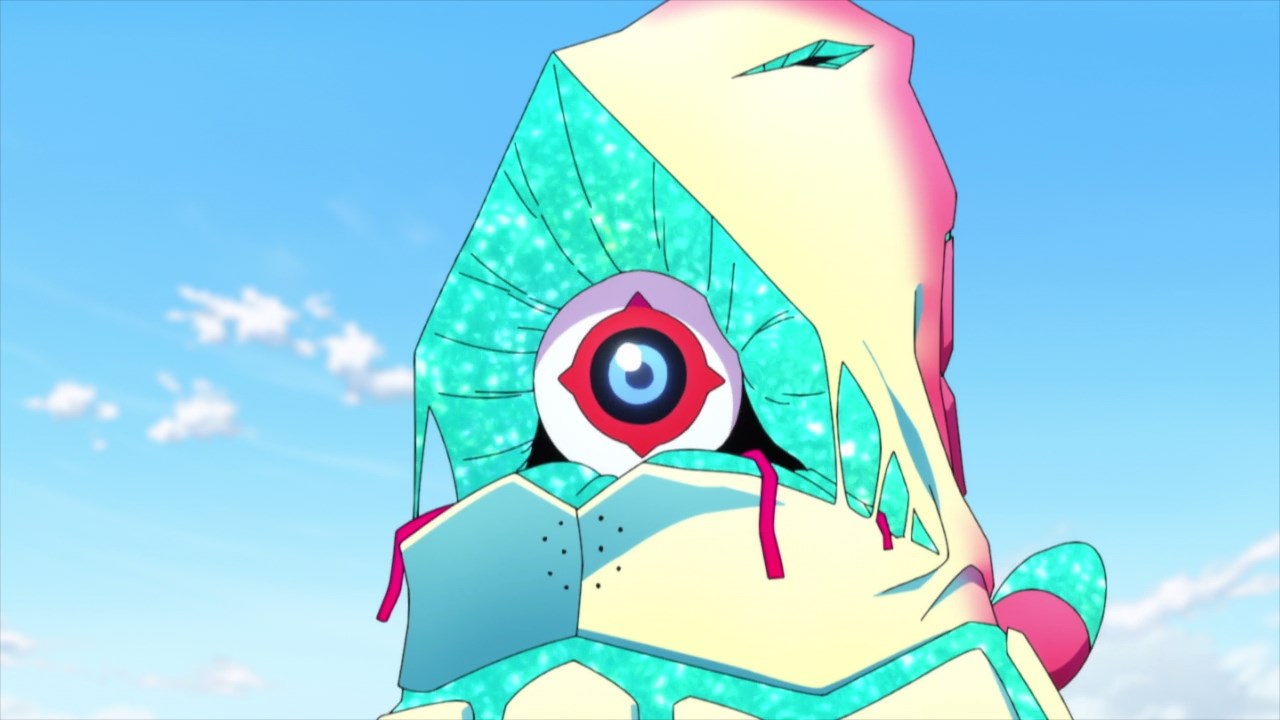 Unfortunately, Zaiohn looks at Yomogi where it seems that the kaiju wants to communicate to him.

Now I’m really curious if Asanaka is capable of using Instance Domination, or Zaiohn is linked to his psyche. 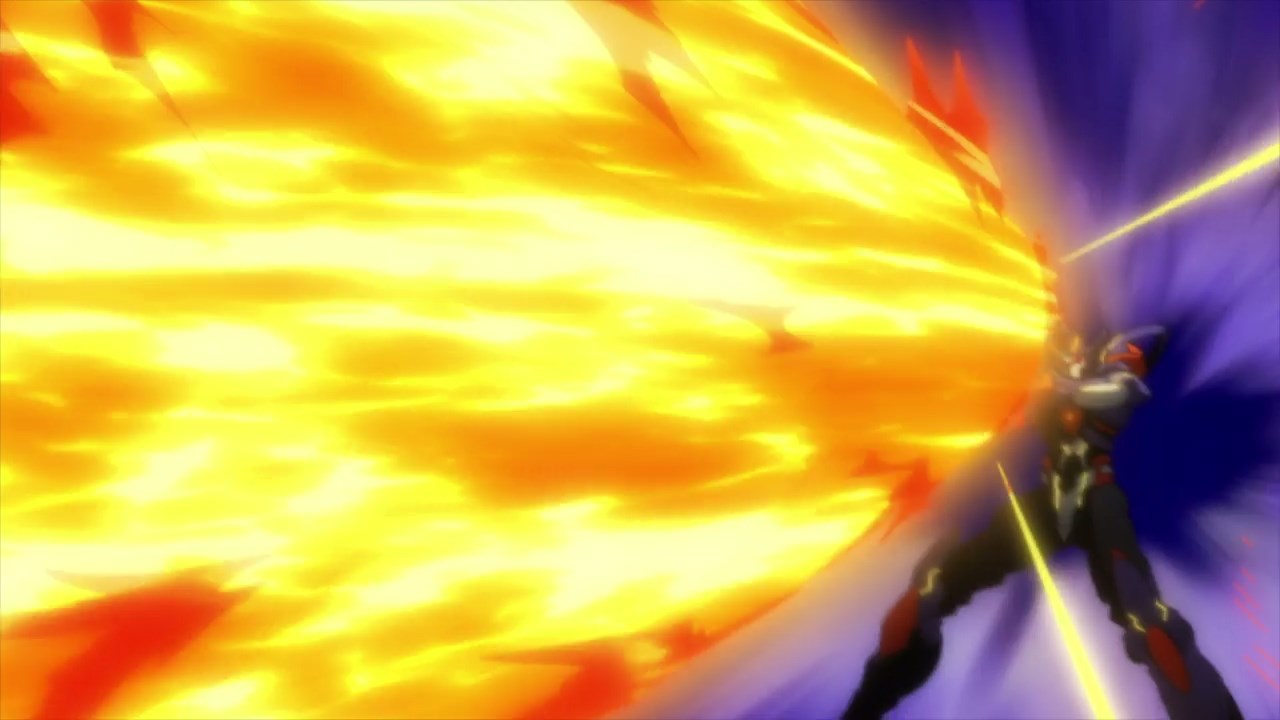 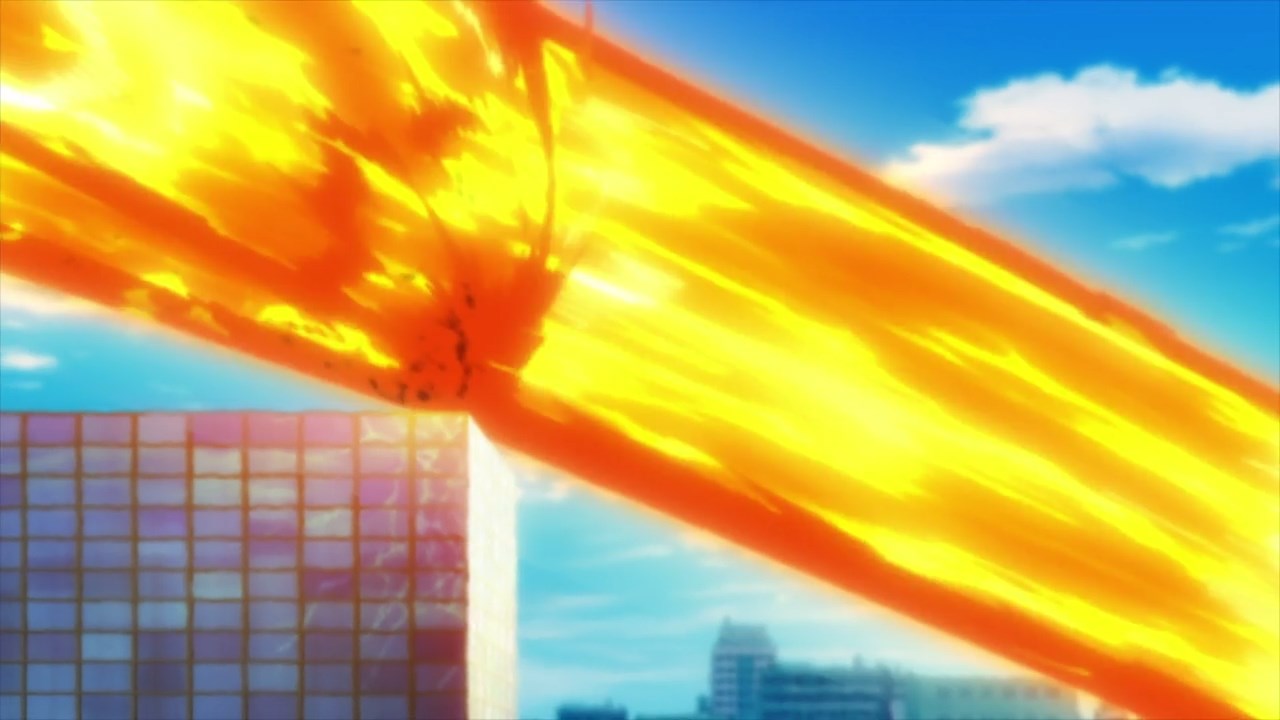 However, there’s no time to hesitate as Knight used the Dynamic Cannon to destroy Zaiohn. Not only that, but the civilians are safe since Knight managed to aim it a bit higher. 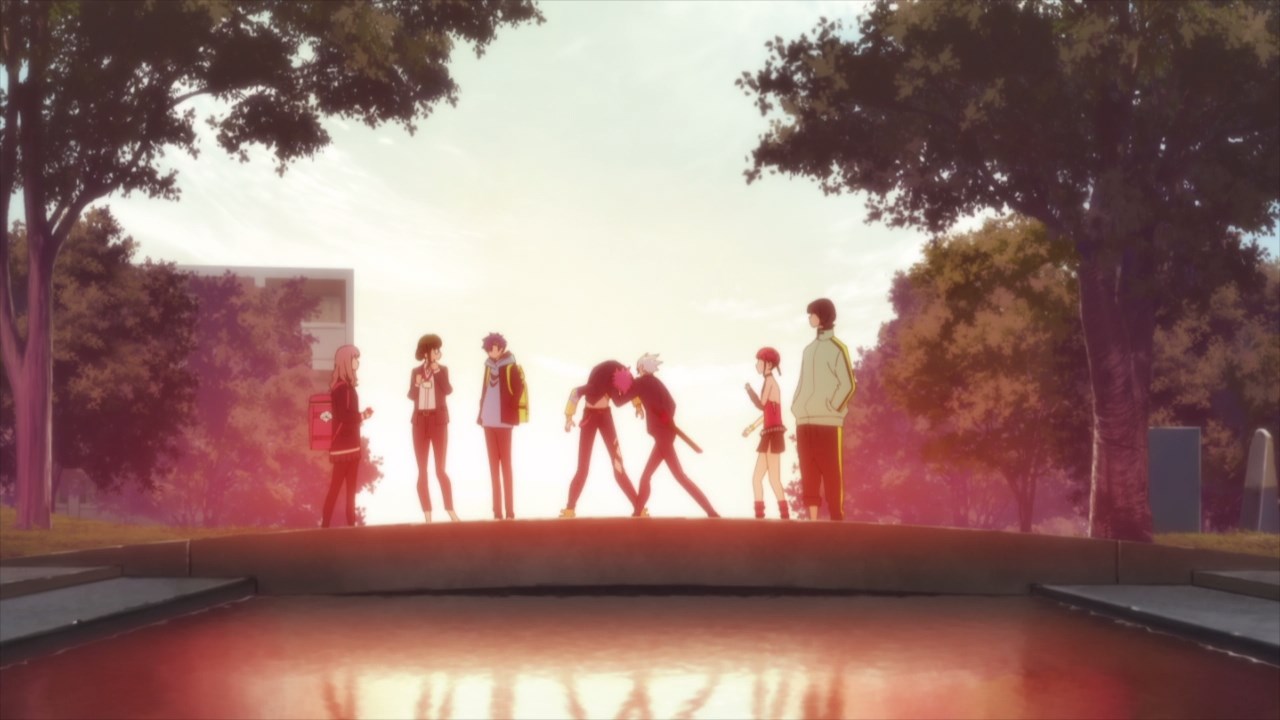 Of course, Knight wasn’t happy that Gauma let his guard down, therefore the kaiju ran loose. But hey, at least it’s already defeated thanks to Knight and Yomogi Asanaka. 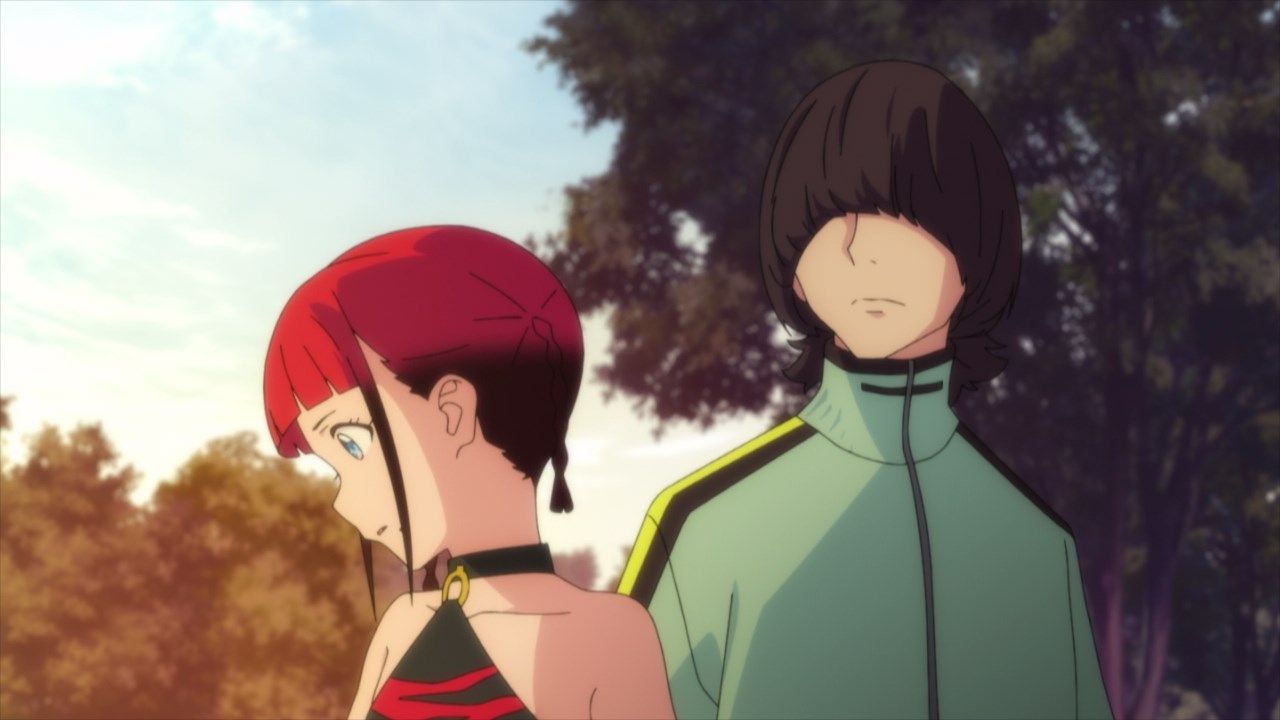 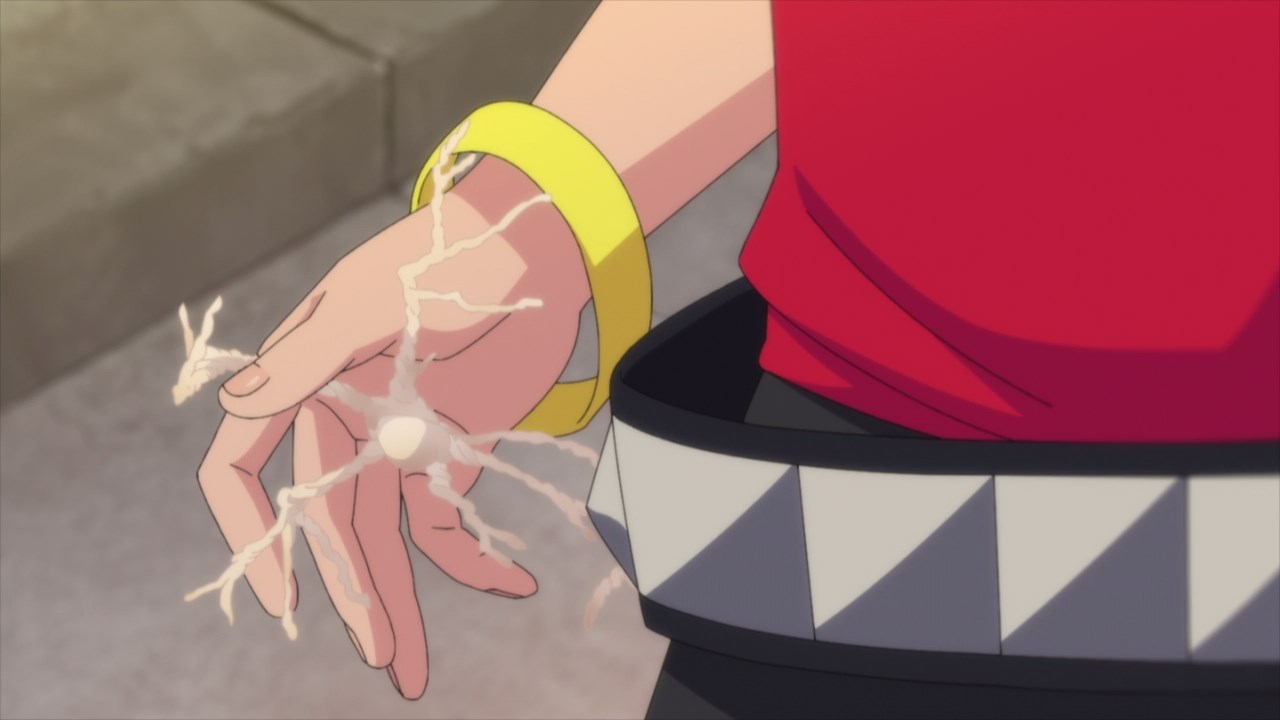 One last thing, looks like Chise found out that the mysterious object has changed a bit, now resembling into a skeleton of a western-styled dragon. Man, I have a feeling that Yomogi Asanaka is not only a kaiju user, but it’s linked to Dynazenon.

Anyways, next episode will have Yomogi and Yume continue their search for answers regarding Kano’s death, although finding Futaba Senda will be difficult since there’s no contact information from him.