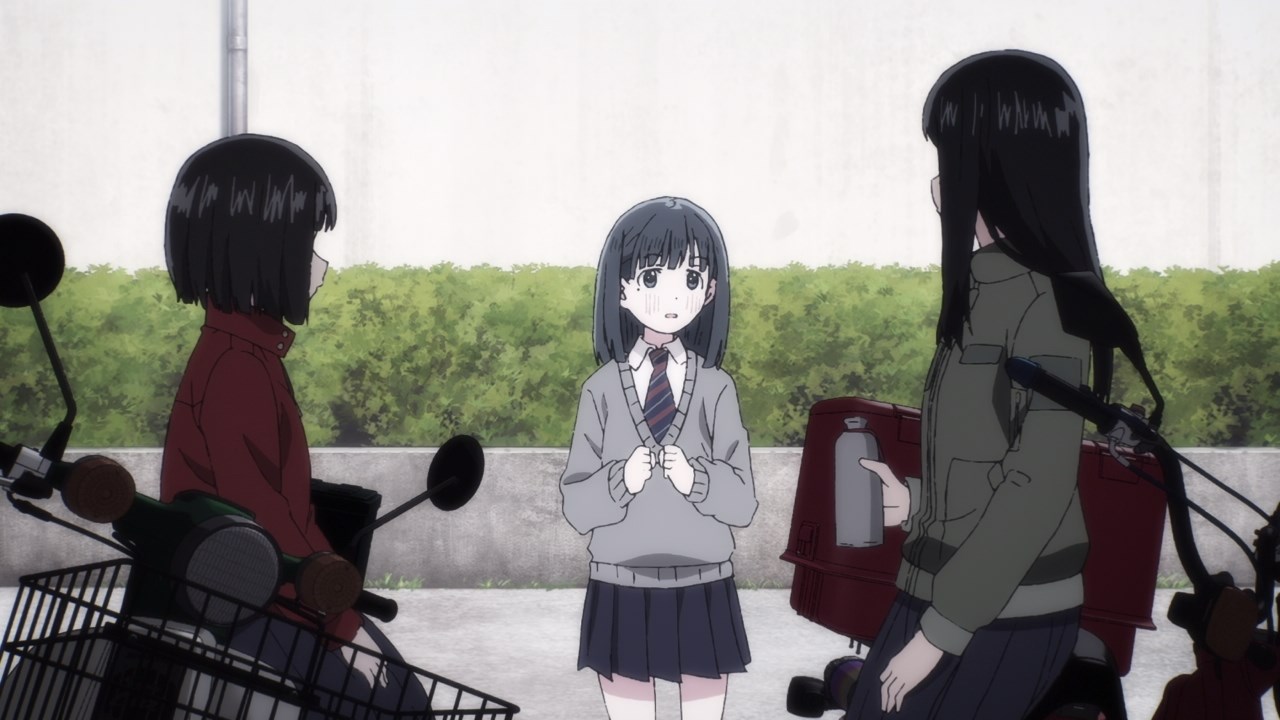 Oh look, it’s Shii Eniwa where she asks Koguma and Reiko to visit her family-owned café, which is located somewhere around the highway that you need a car or a motorcycle to get there. 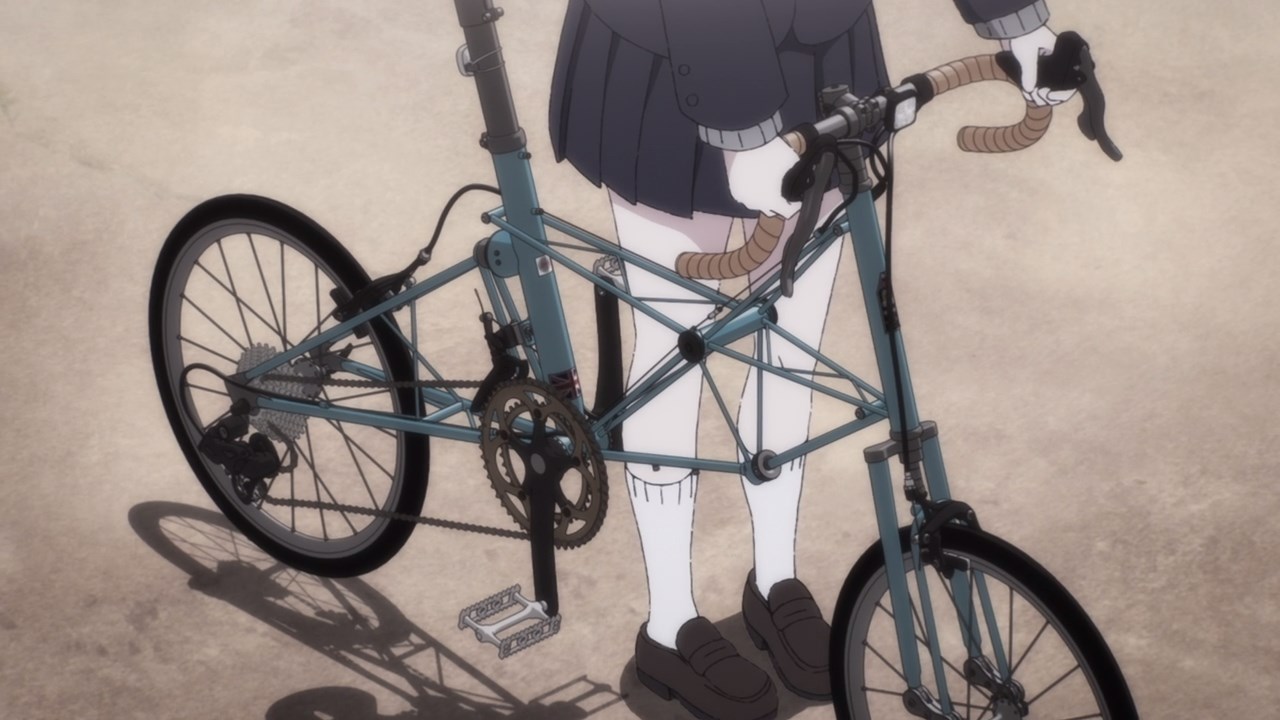 But speaking of Shii-chan, looks like she’s riding a bicycle made in Great Britain. This is a Moulton AM bike in which Shii-chan rode it to school and back. 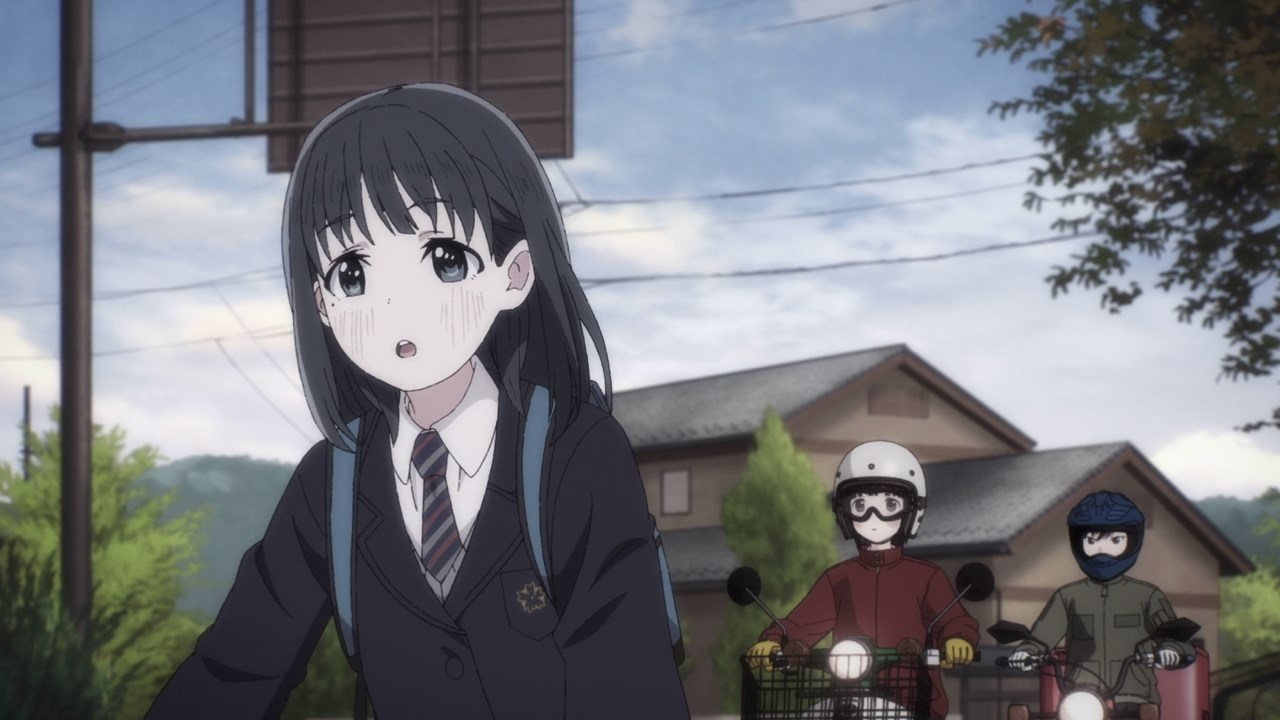 With that said, Shii-chan leads both Koguma and Reiko to her family-owned café named Beurre, which is “butter” in French. 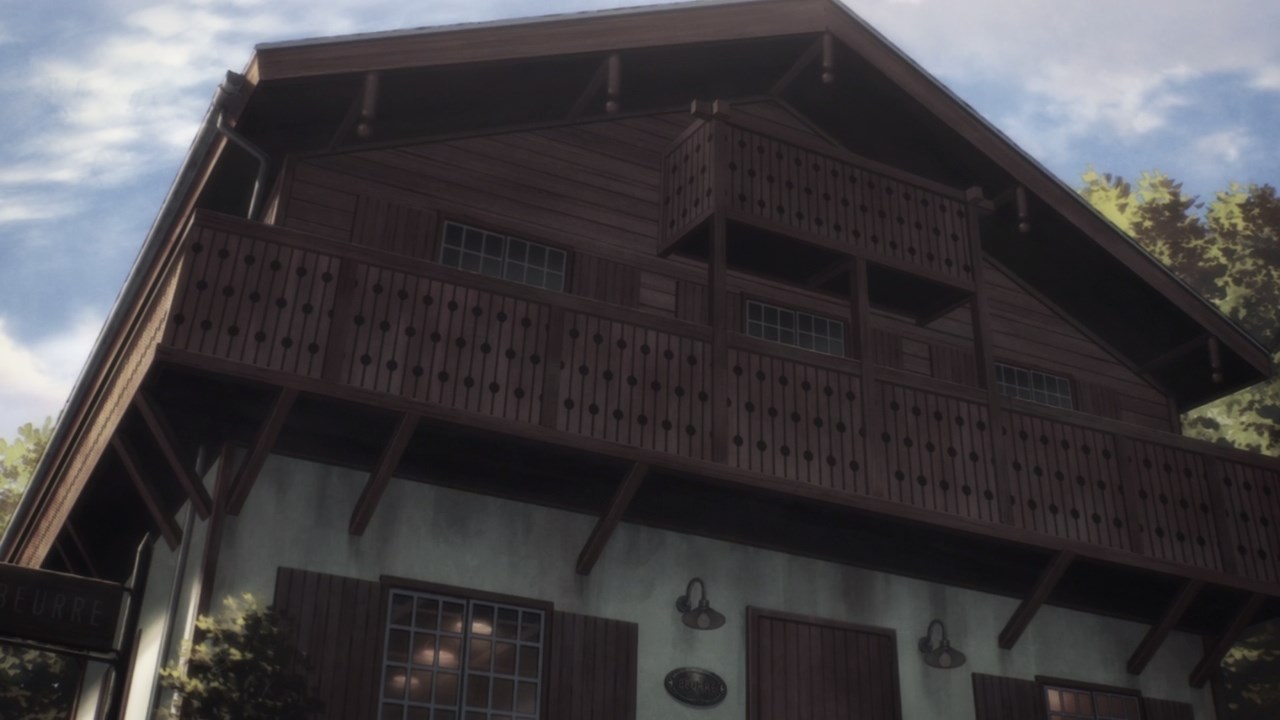 And as you can see, her café/house is pretty big which is built in a Tyrolean-style. However, what’s inside might probably blow your mind. 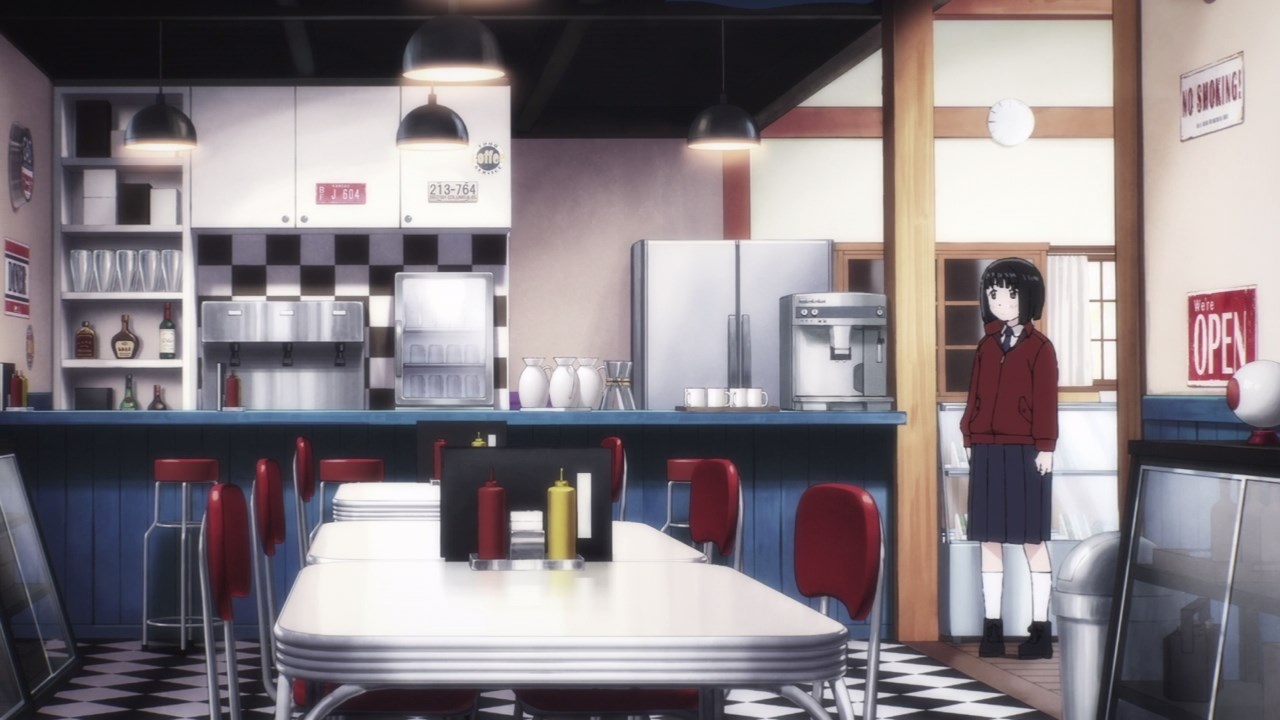 You see, Beurre has a bakery that sells German bread on one side, while there’s an American diner on the other.

Coupled with a British-styled sandwich stand and an Italian-made espresso machine, this café gives it more like a pan-Atlantic feel to it. 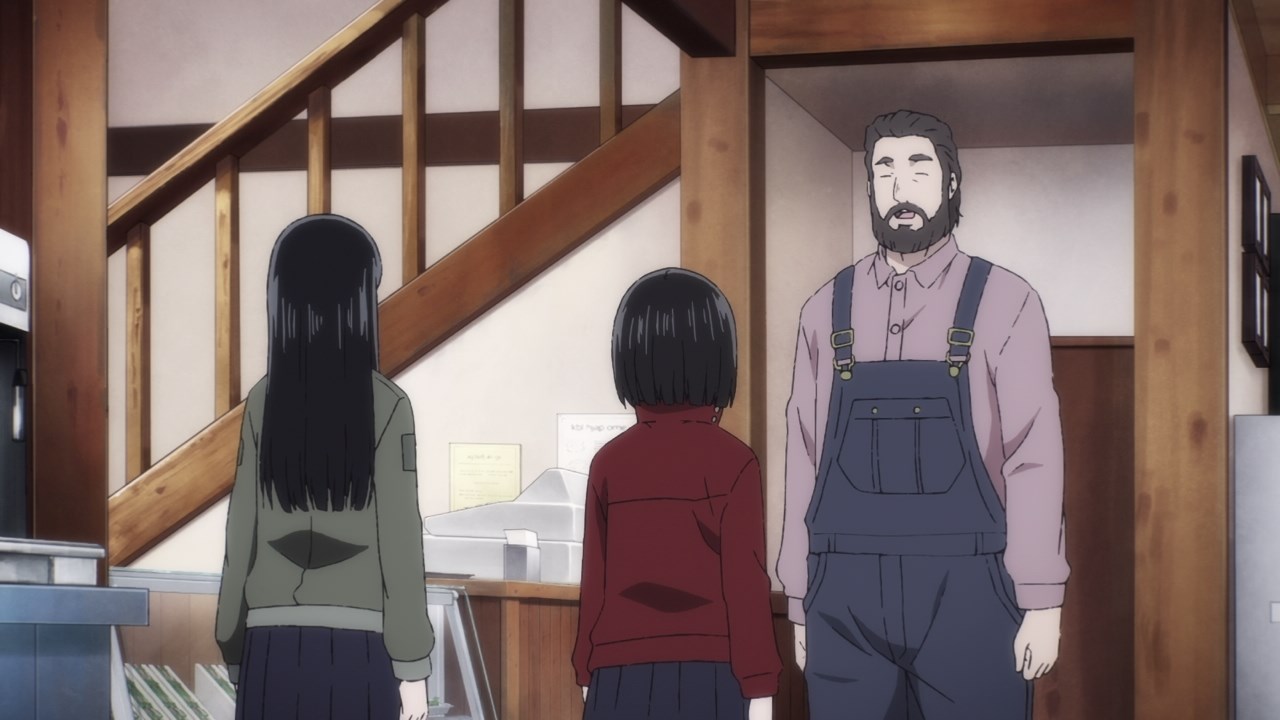 By the way, here’s Shii-chan’s father in which he was a corporate worker back in Tokyo and decided to open a bakery/café as he wants to enjoy his passion for making German bread.

As for coffee, Shii-chan will handle the rest as she’s actually the barista of Beurre. Basically, she has experience on making coffee, mostly American-style. 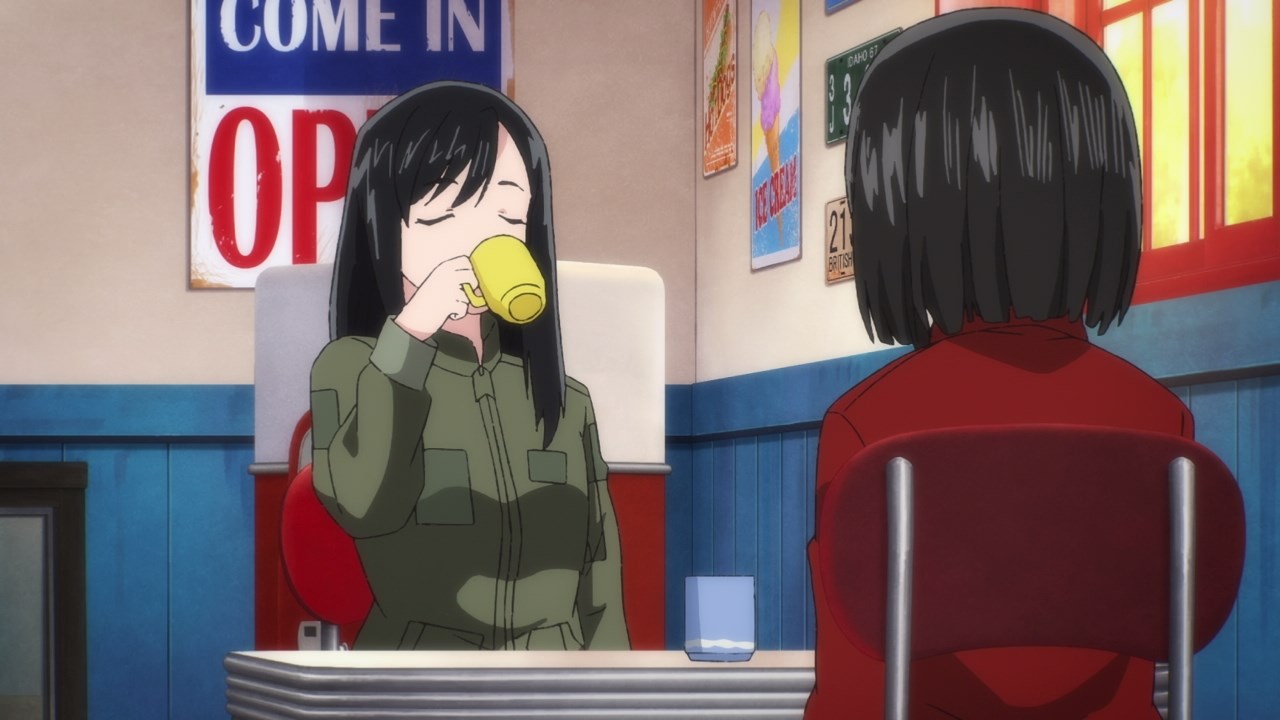 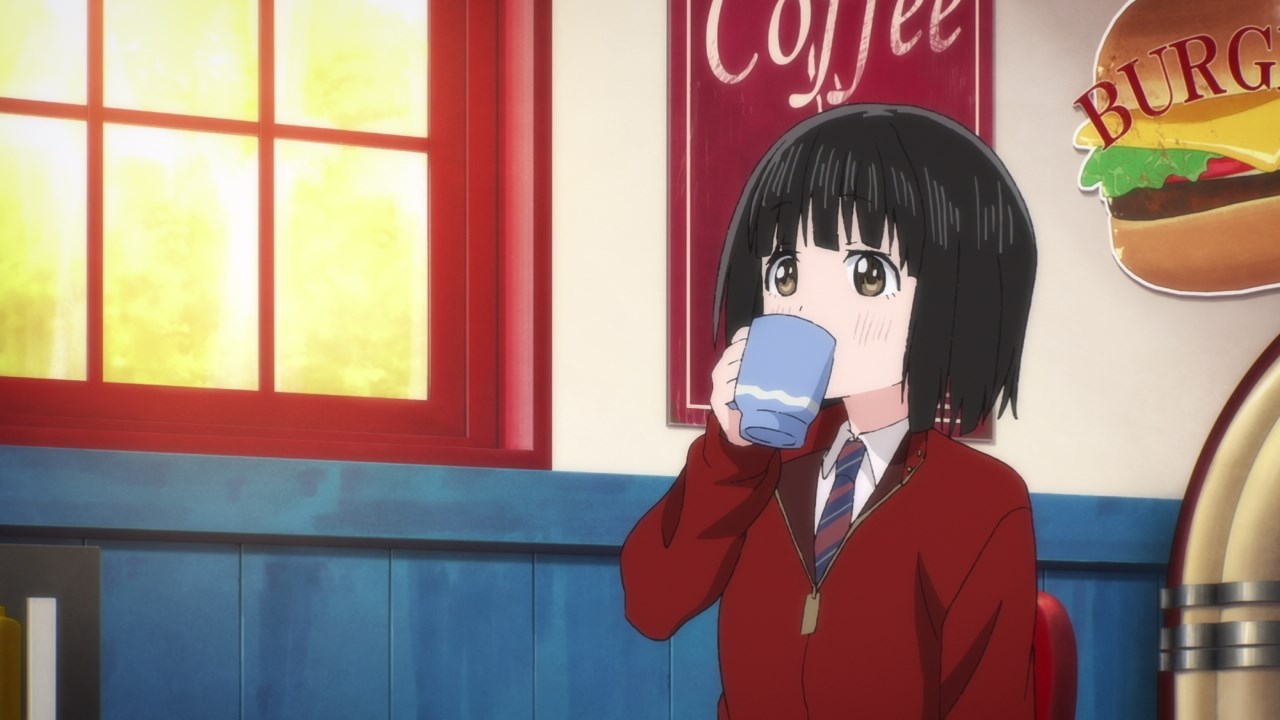 With that said, looks like Reiko and Koguma got a taste of Shii-chan’s brewed coffee in which they really love it. 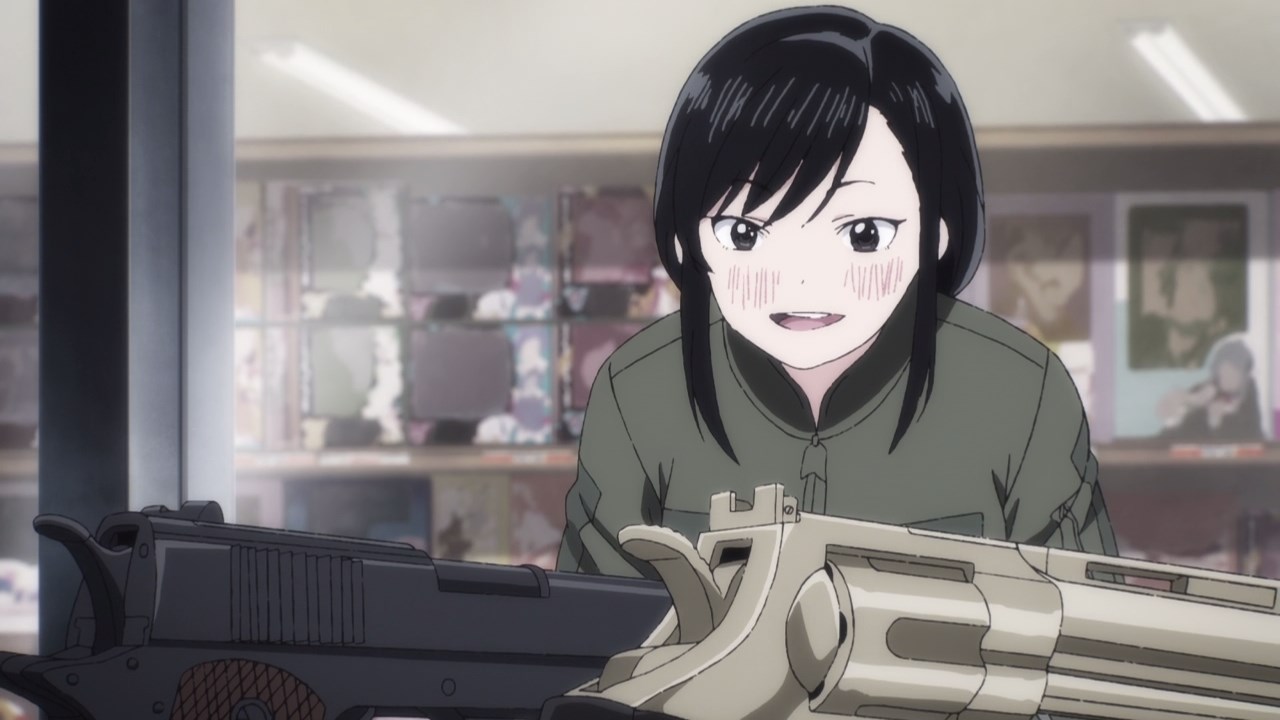 Now let’s move onto the next scene where both girls are planning to buy accessories for their bikes as they need to prepare for winter.

Then again, there’s Reiko who’s interested on buying toy guns, although she has no money to buy other stuff right now. 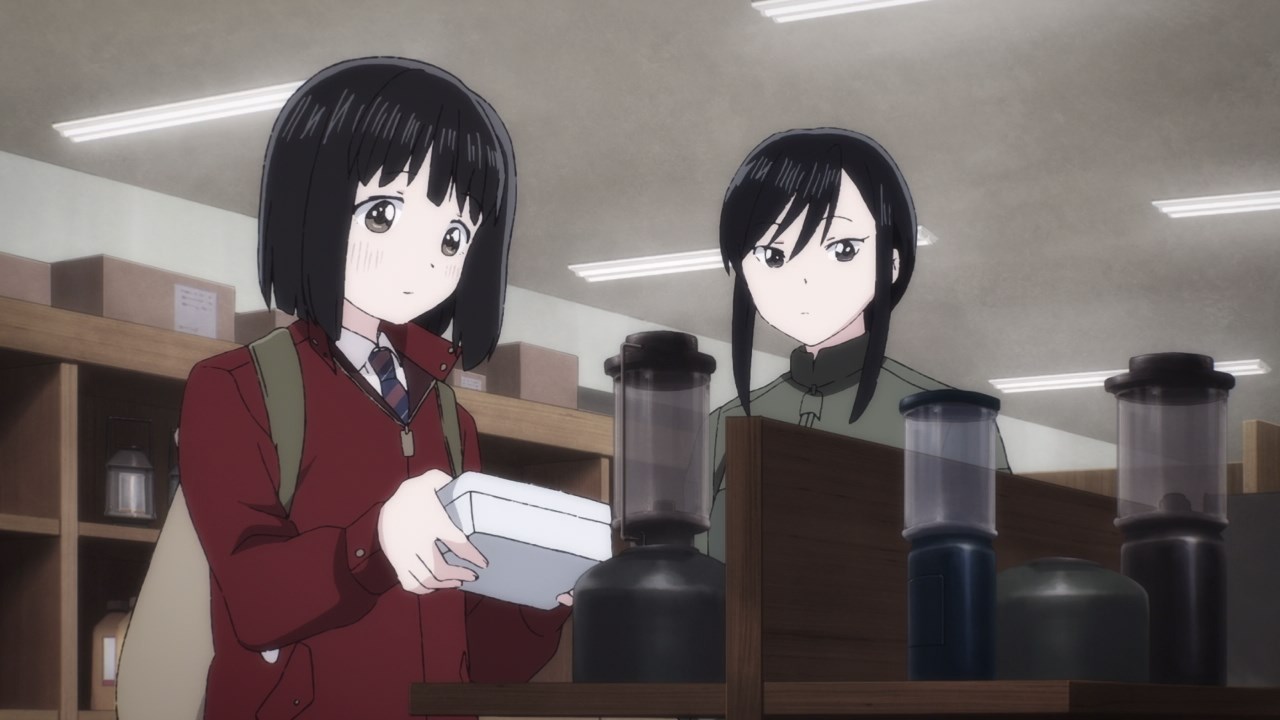 Moving onto Koguma where she’s planning to buy a brand-new lunch box or should I say a mess tin in which it not only stores food, but it can be used to cook rice or other foods. 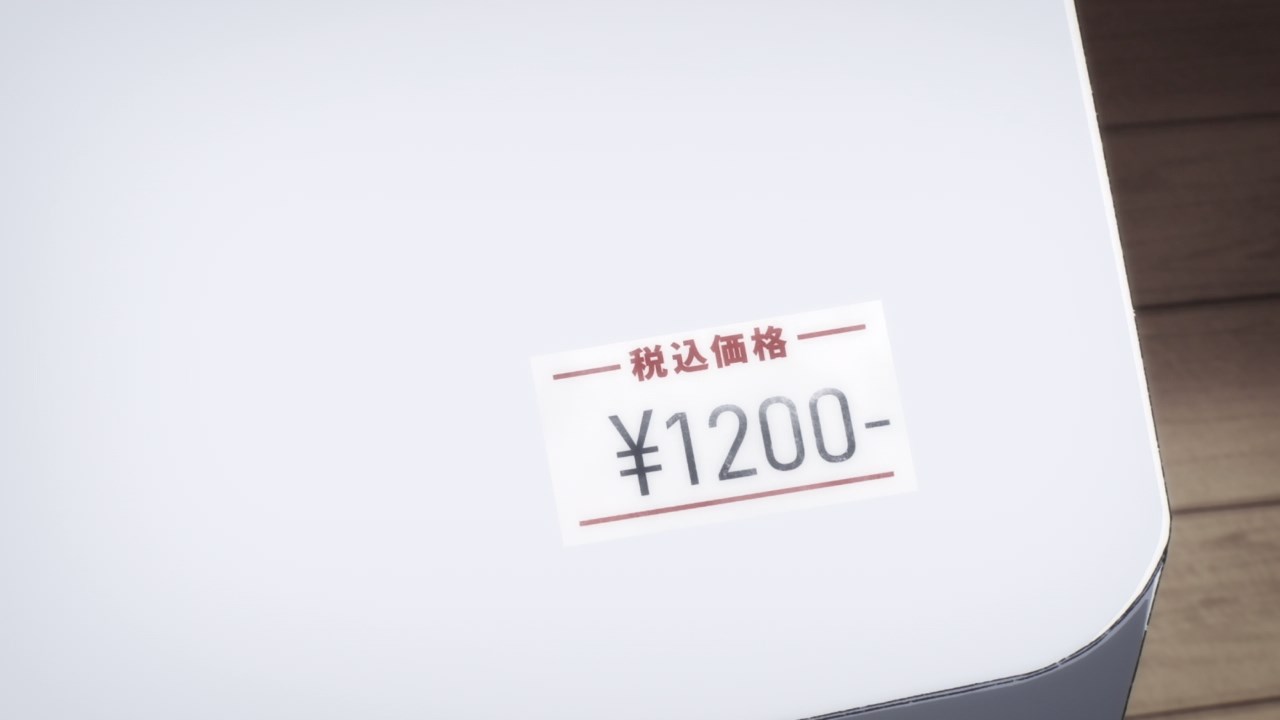 Then again, the price is 1,200 yen which is a bit expensive for Koguma. Would it better if there are alternatives? 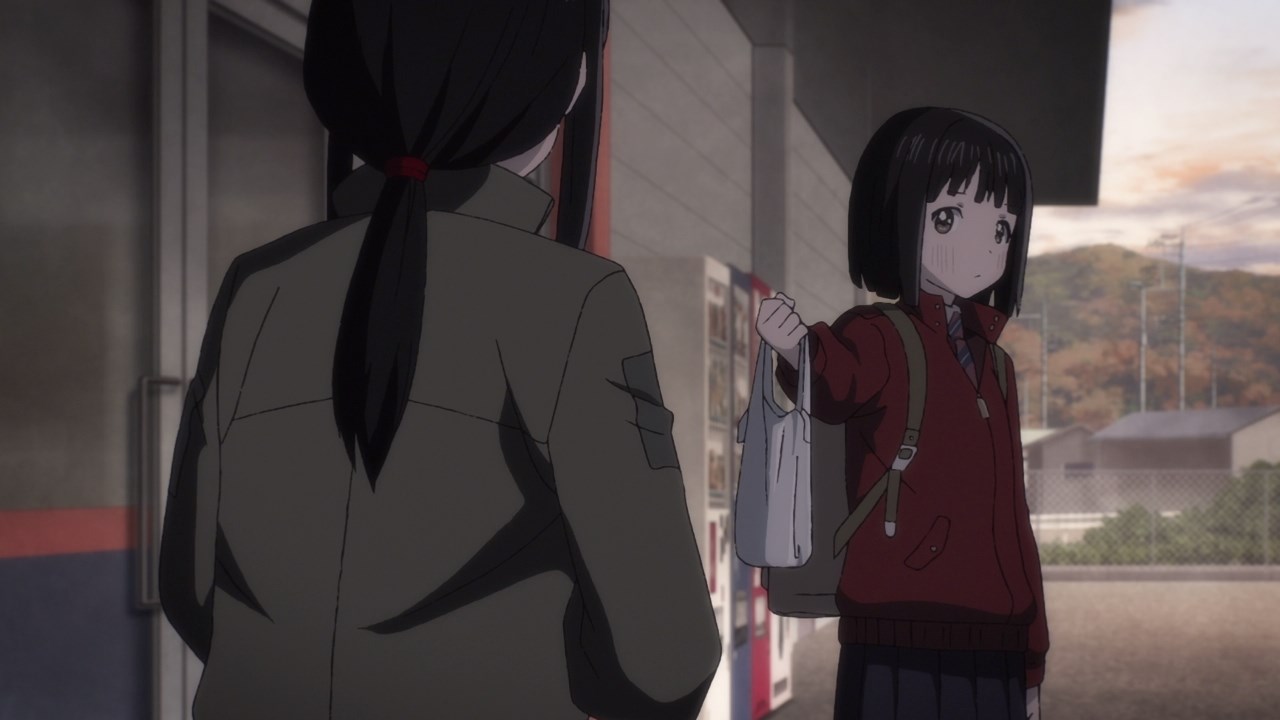 But ultimately, Koguma bought the Trangia mess tin which will be useful for cooking instant rice meals. However, she’s not done yet in her shopping spree. 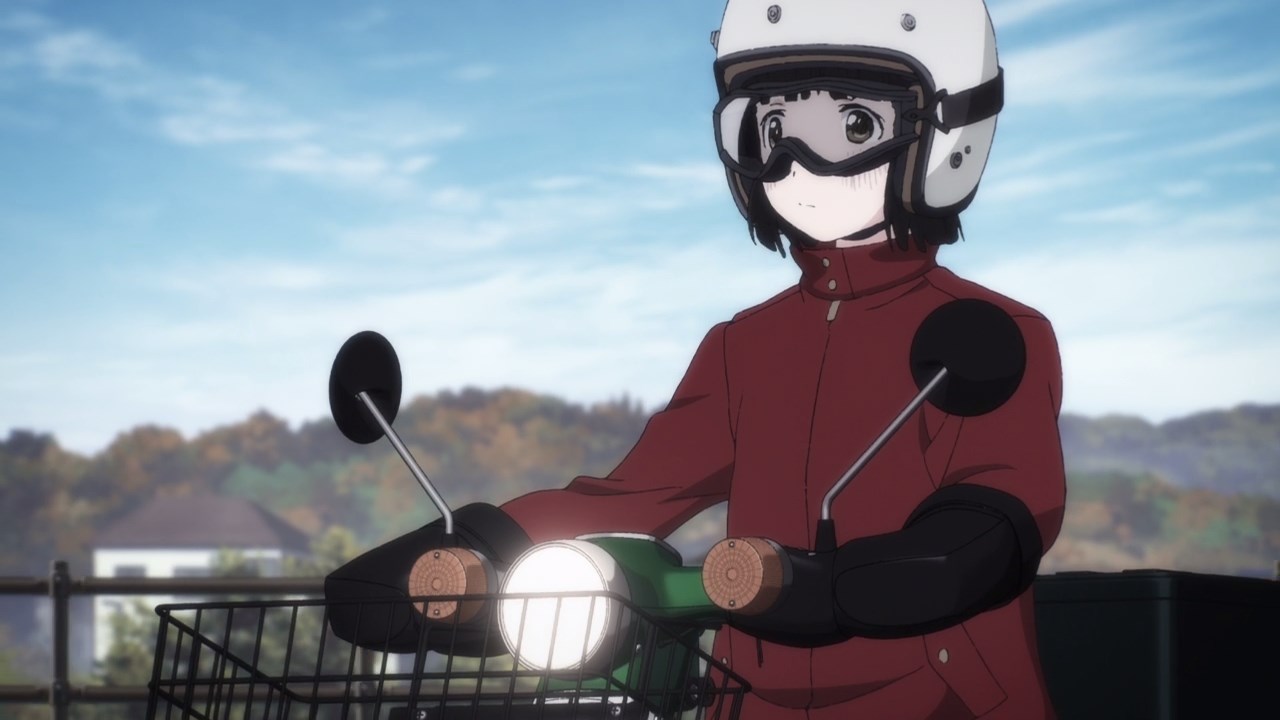 In fact, Koguma bought some handlebar covers in which it keeps her hands slightly warm when riding her Super Cub. Of course, Reiko wants to buy those covers too after seeing it up-close.

Well, that’s enough for her shopping spree as she and Reiko went to Beurre once again. 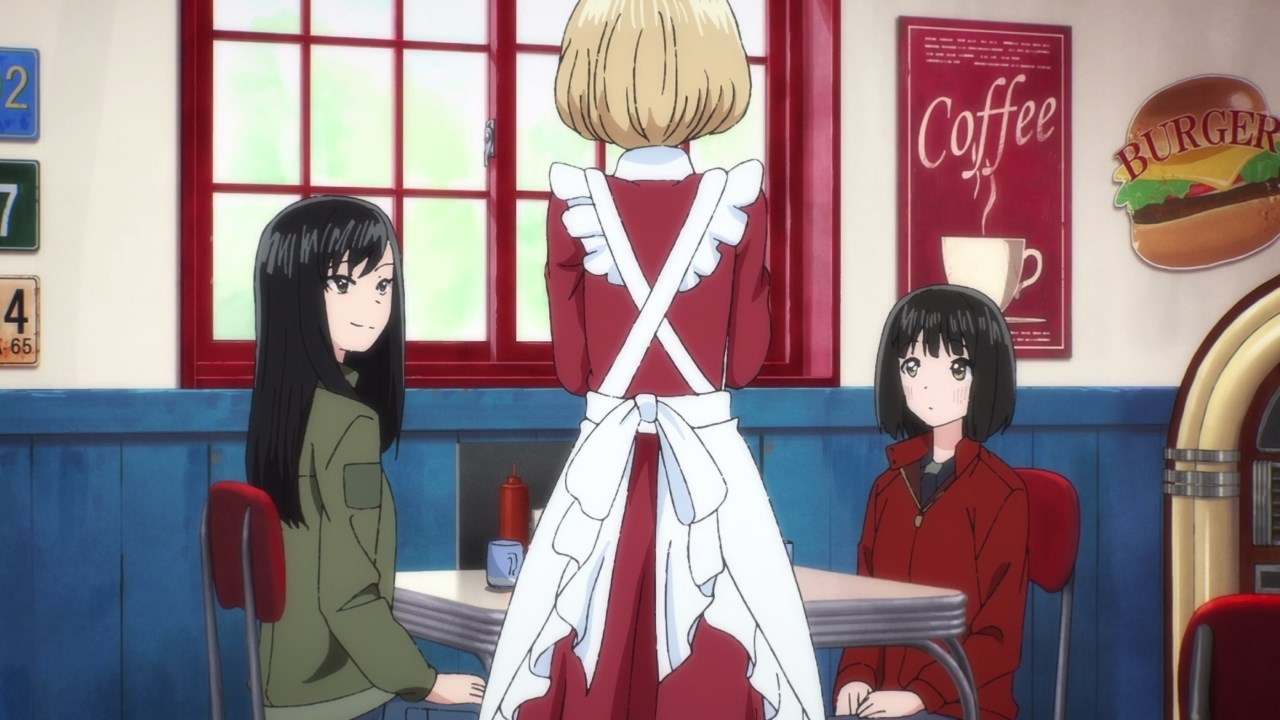 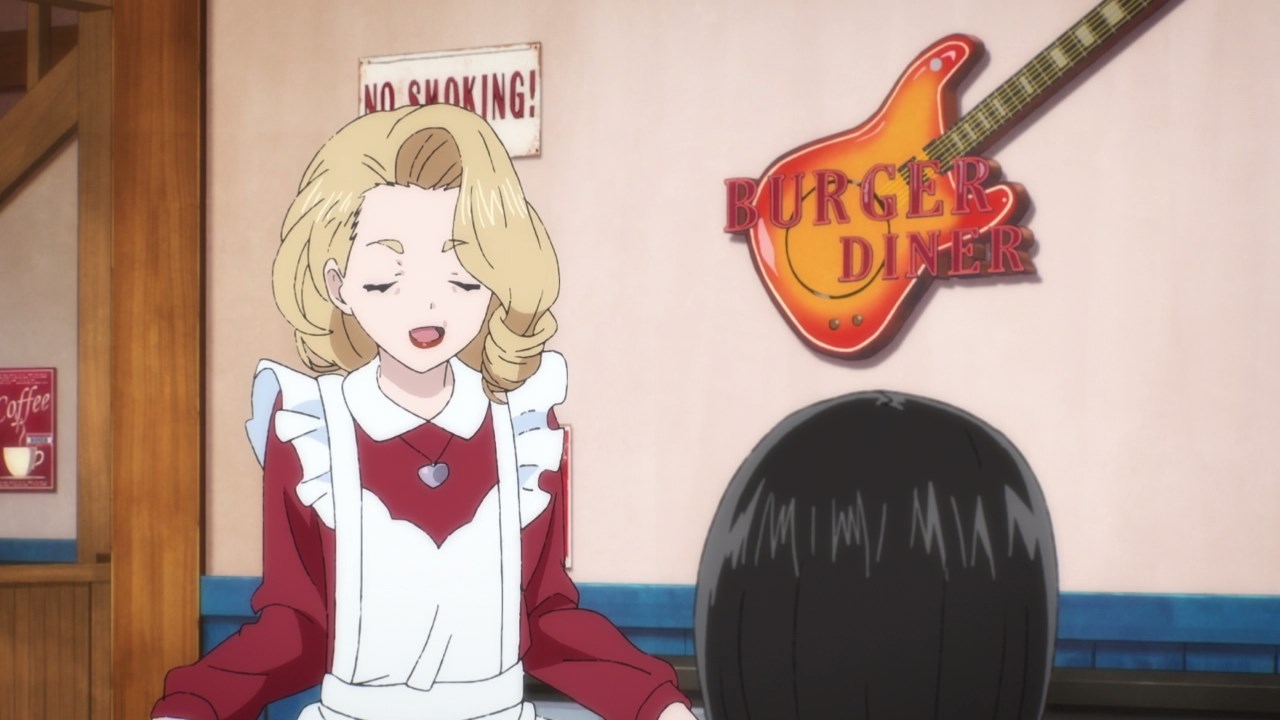 And as you can see, it appears that they met a blonde lady who happened to be Shii-chan’s mother. It’s no wonder why there’s a diner section on this café. 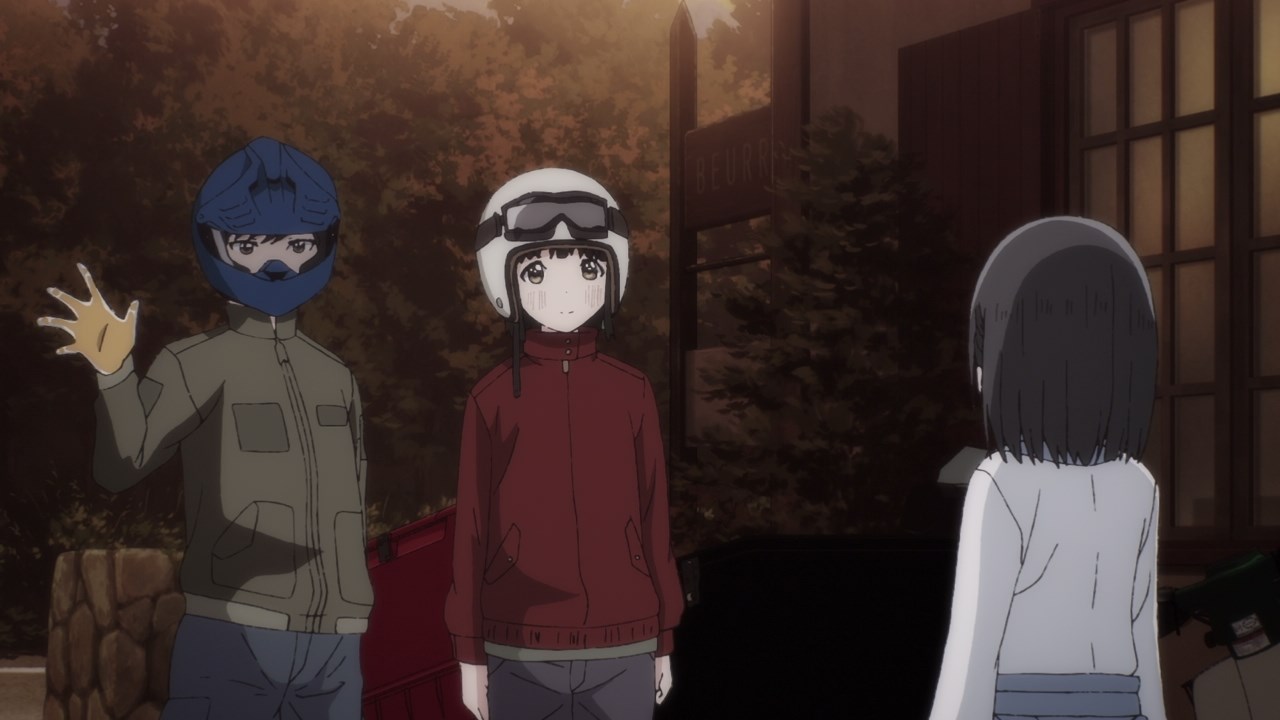 In any case, looks like both Reiko and Koguma will pay a visit to Beurre from now on as the café has great bread and coffee. 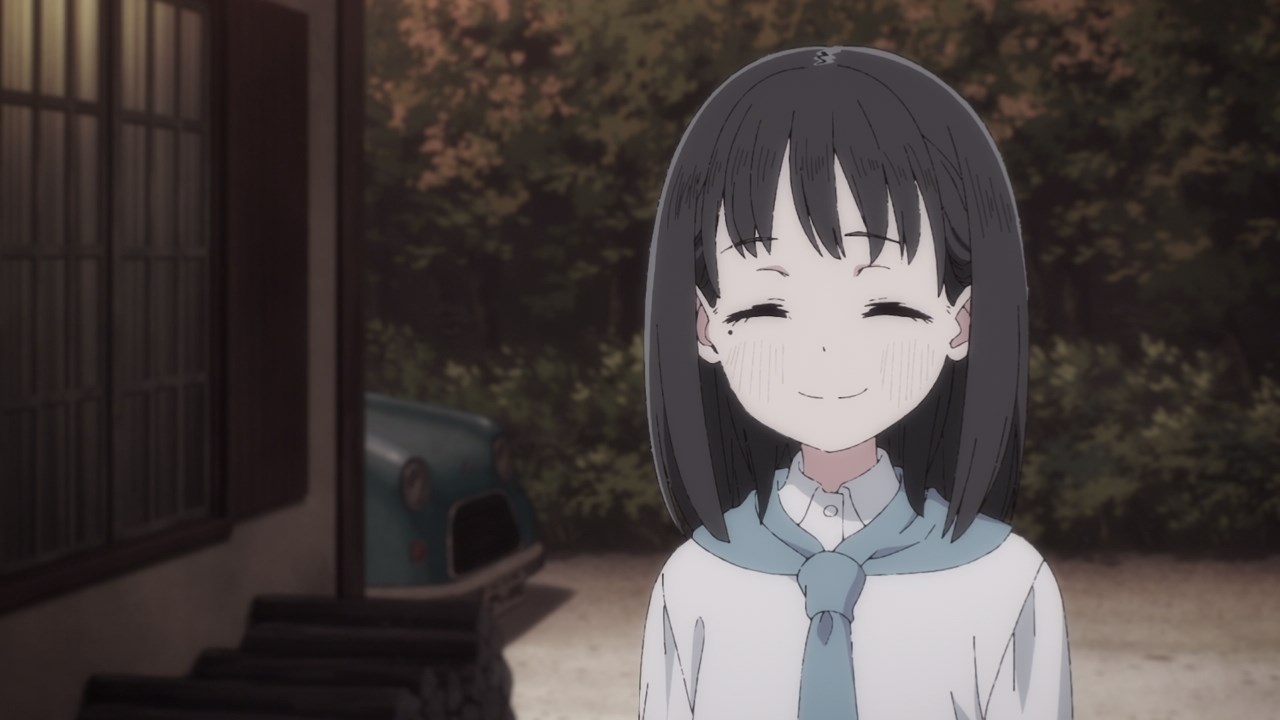 As for Shii-chan, while it’s cute that she’s riding a British-made bicycle, I wonder when will she ride a motorcycle and join both girls on various road trips?

Anyways, that’s about it for this episode as I’ll see you next time!