Joran: The Princess of Snow and Blood Episode #08 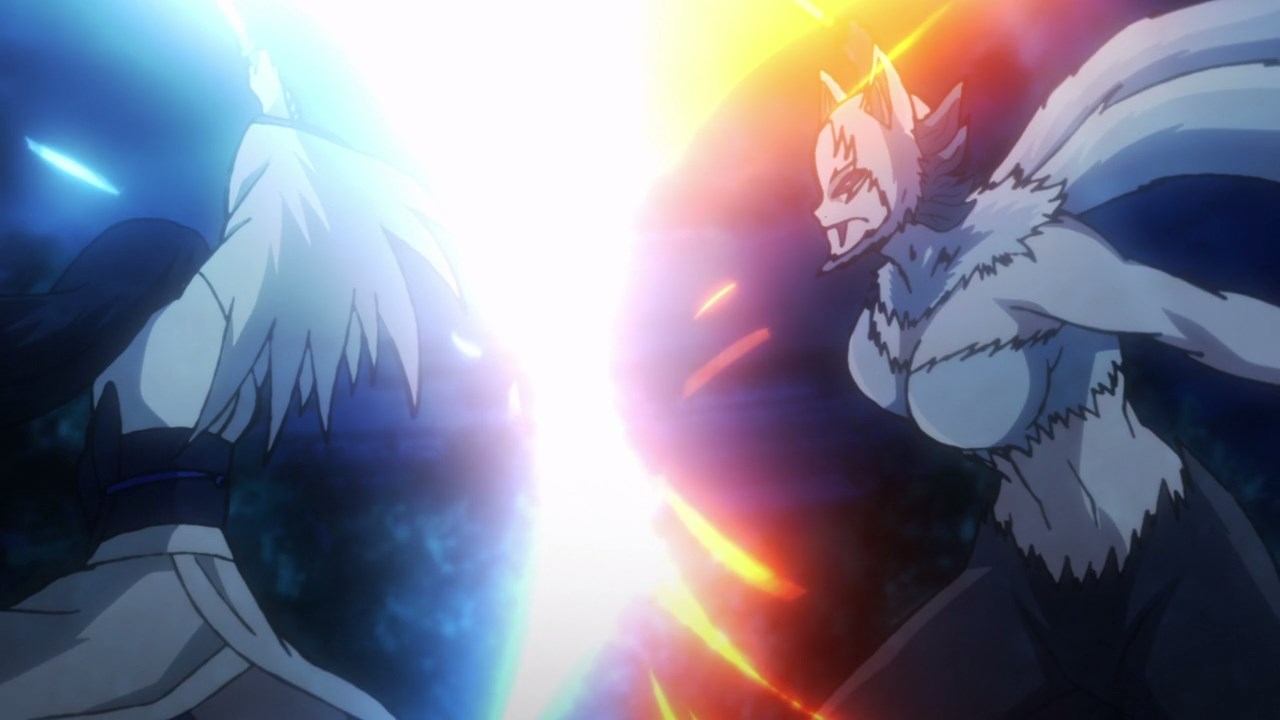 It’s time for the eventual battle between Sawa Yukimura and Makoto Tsukishiro as the former is really angry towards the latter. 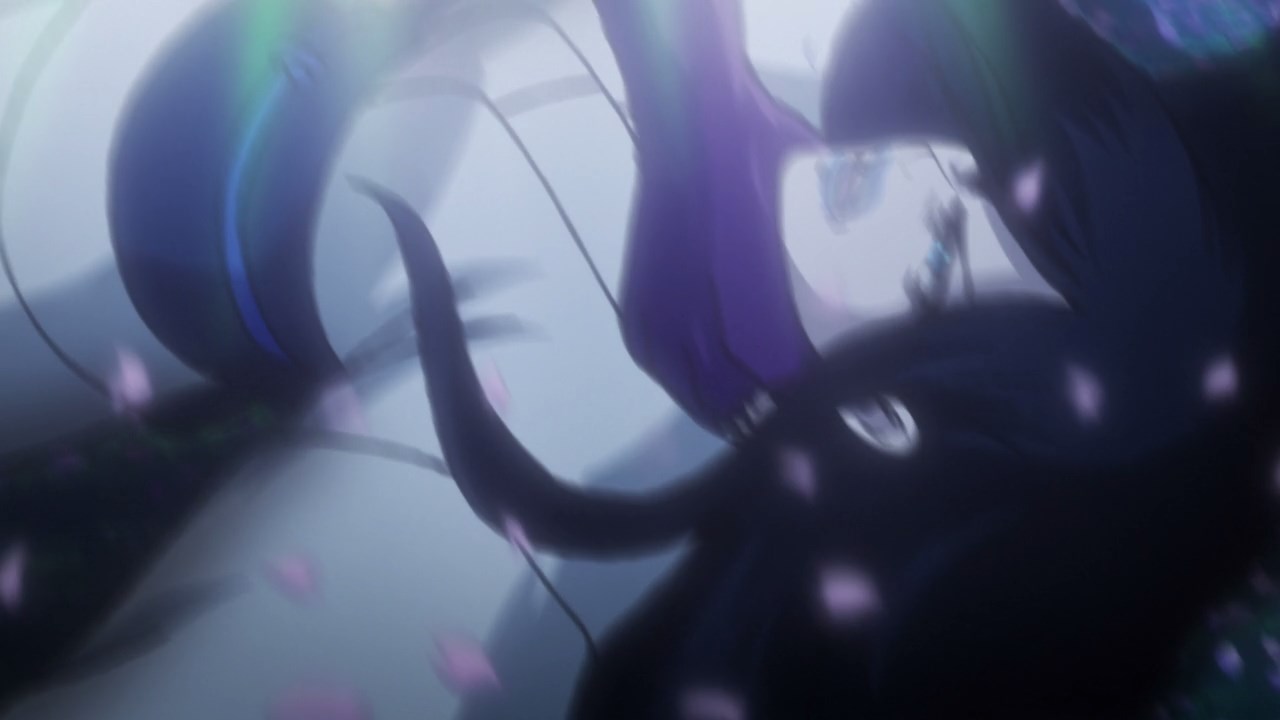 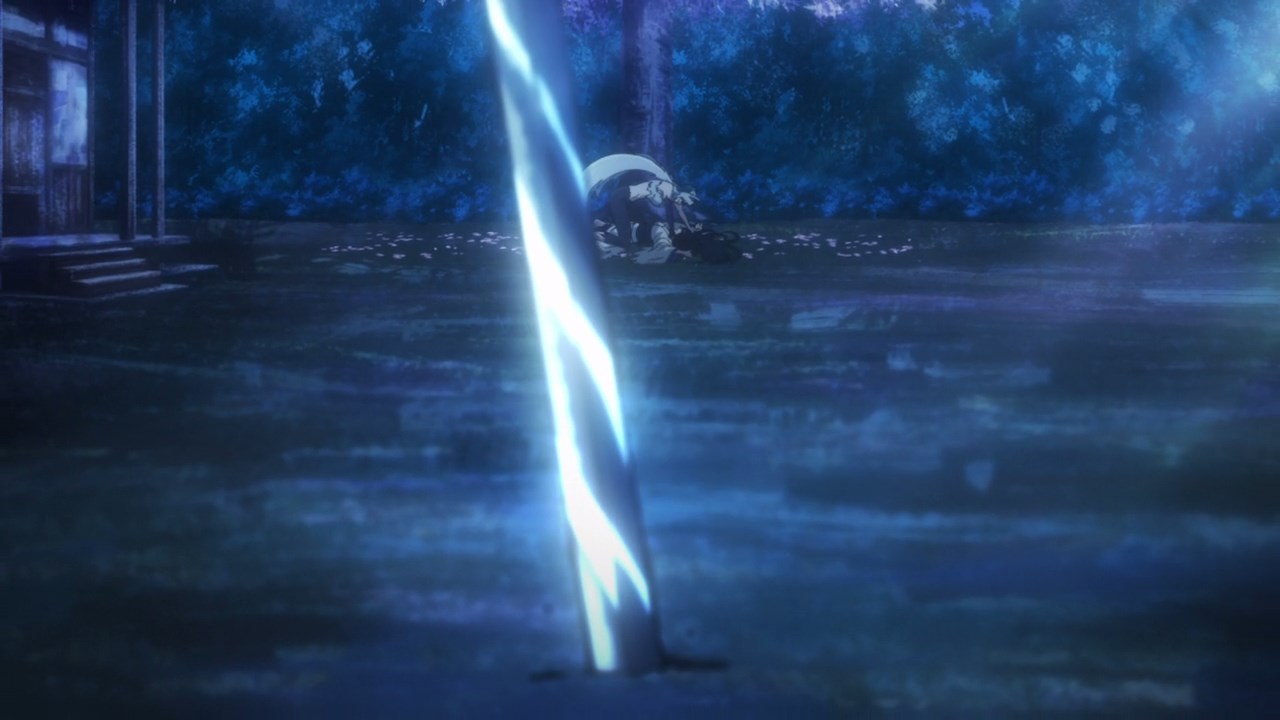 Unfortunately, Sawa Yukimura is a bit rusty as she was overwhelmed by Makoto Tsukishiro. A Changeling overpowering a pureblood of the Karasumori clan? Preposterous! 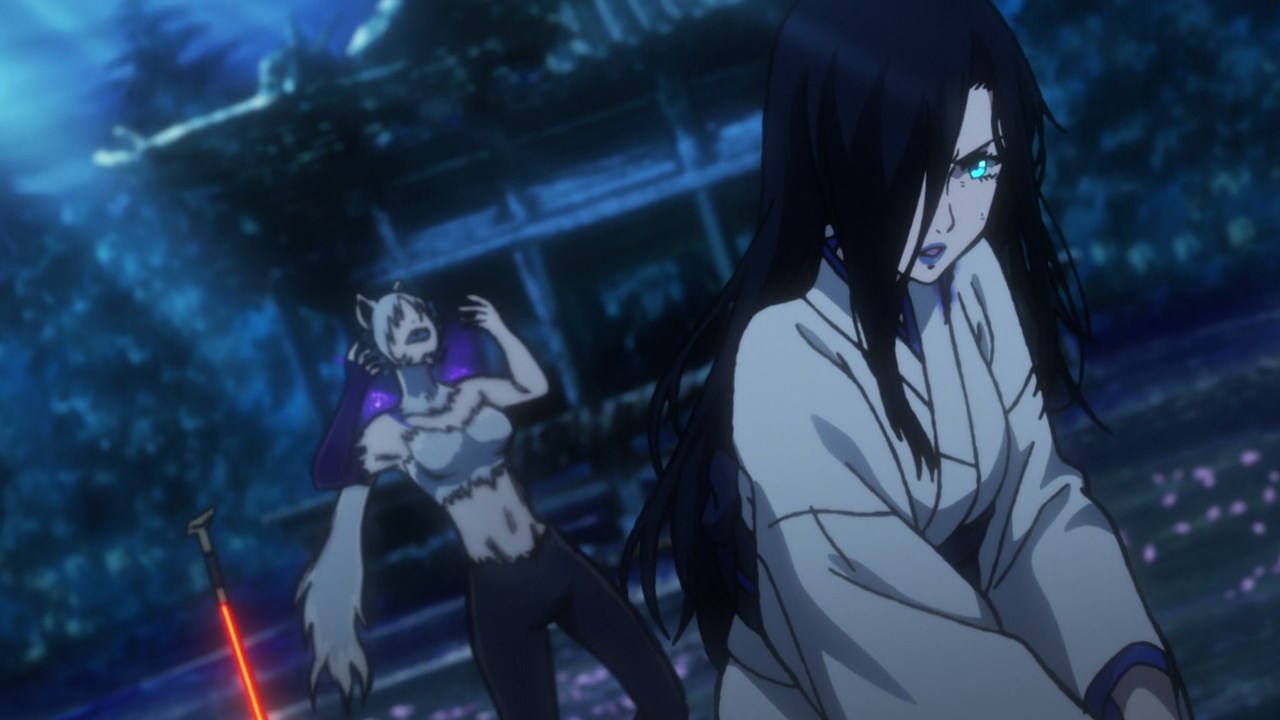 Regardless, it appears that Sawa Yukimura prevailed over Makoto Tsukishiro in which she regained her katana and delivered a fatal blow against Tsukishiro. 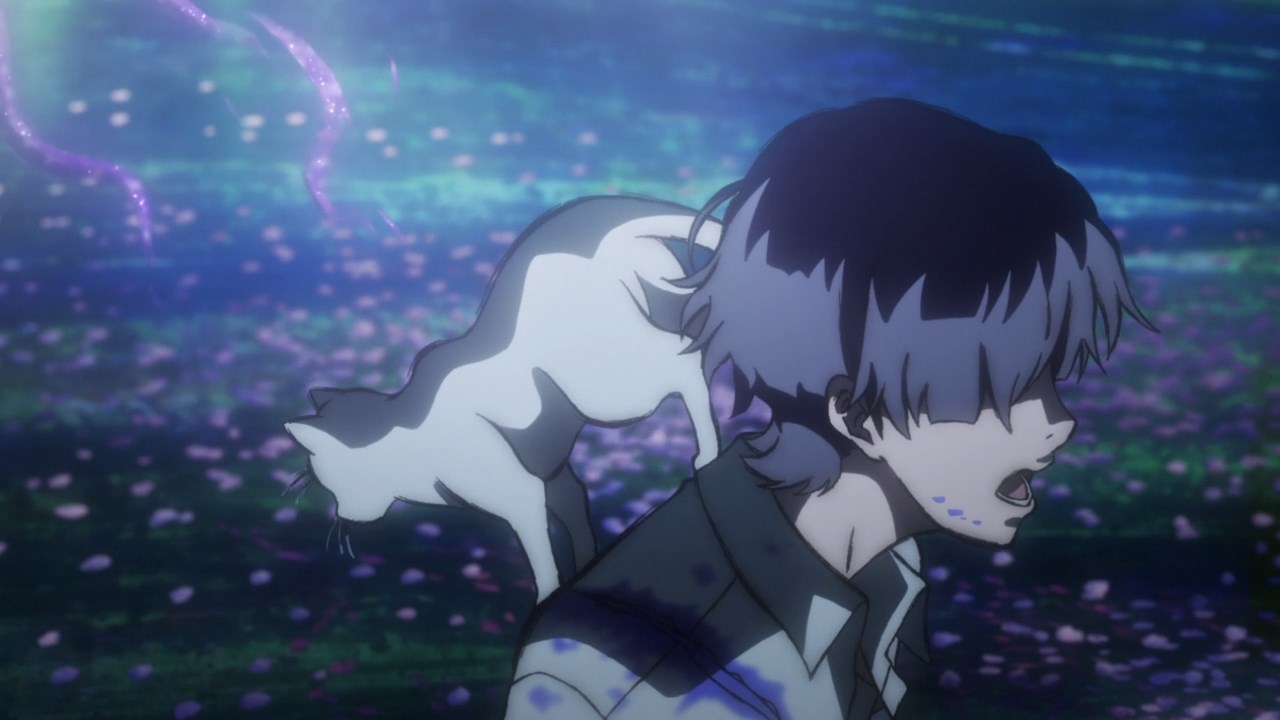 Then again, I was wondering how did she managed to get a white cat, which functions like Sawa’s crow Nana in regards to transforming into a Changeling. 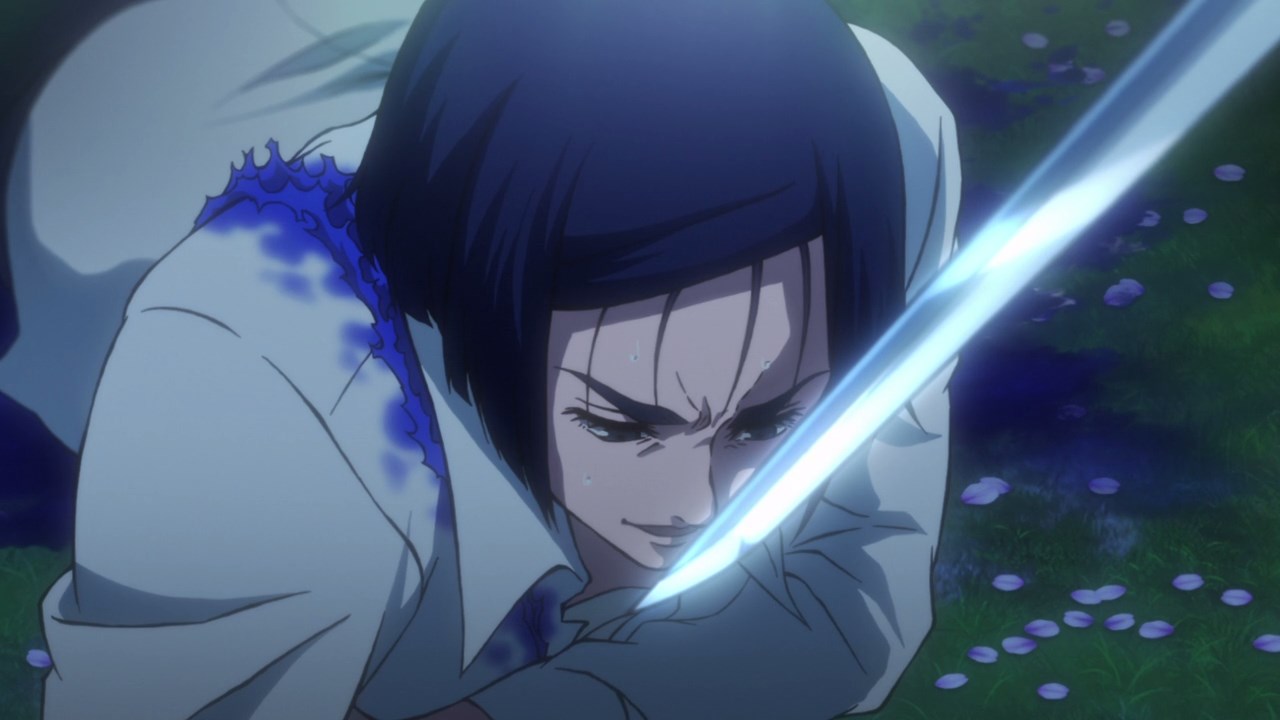 With that said, Makoto Tsukishiko asked Sawa Yukimura to kill her since she betrayed everyone. Um Makoto, are you gonna tell Sawa about the truth regarding the shogunate’s orders to wipe out the Karasumori clan?

However, it appears that Sawa hesitates on killing her treacherous ally simply because of Asahi Nakamura in which the young girl wants her to live a life as a normal woman. 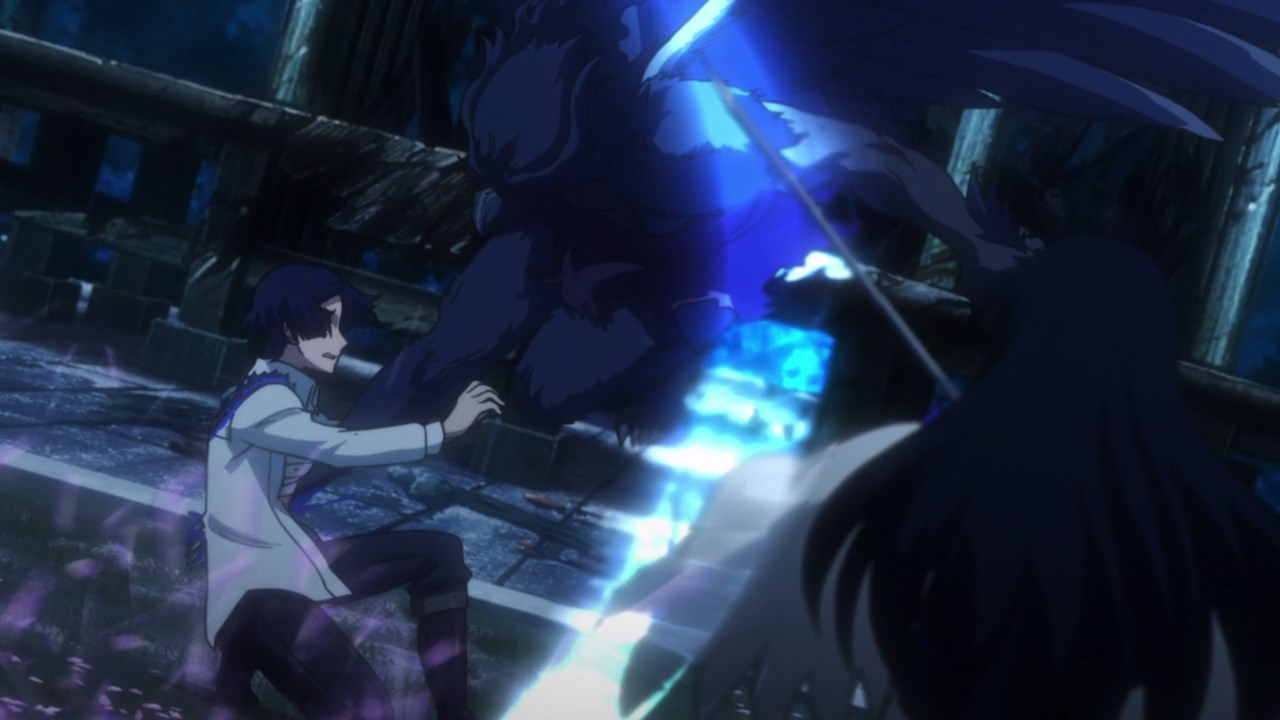 Just as she’s about to kill Tsukishiro, a Tengu-like creature stabbed Makoto to the gut. Okay, this came out of left-field but something tells me that this black tengu might belong to the Tokugawa Shogunate.

Then again, if this creature serves under Yoshinobu Tokugawa, then it should kill Sawa Yukimura as well. However, the tengu makes its escape before it happens. 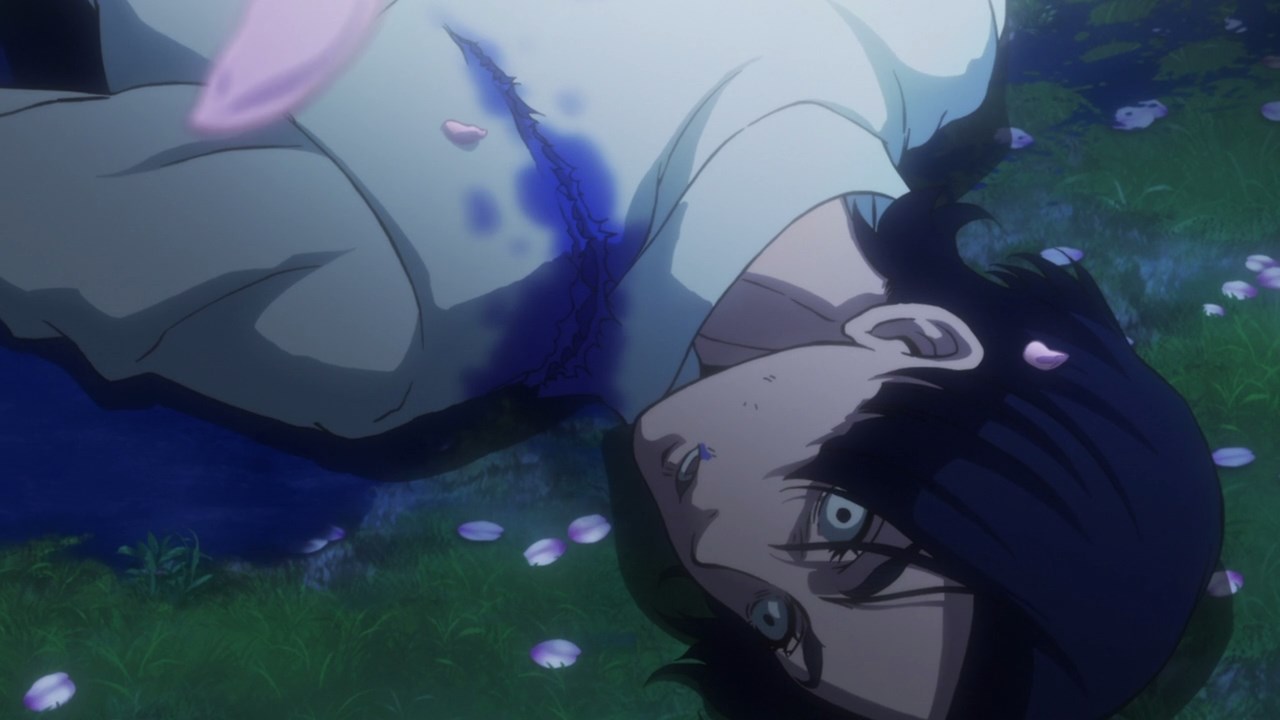 With that said, Makoto Tsukishiro is finally killed, meaning that Sawa Yukimura won’t know the truth about the destruction of her clan. 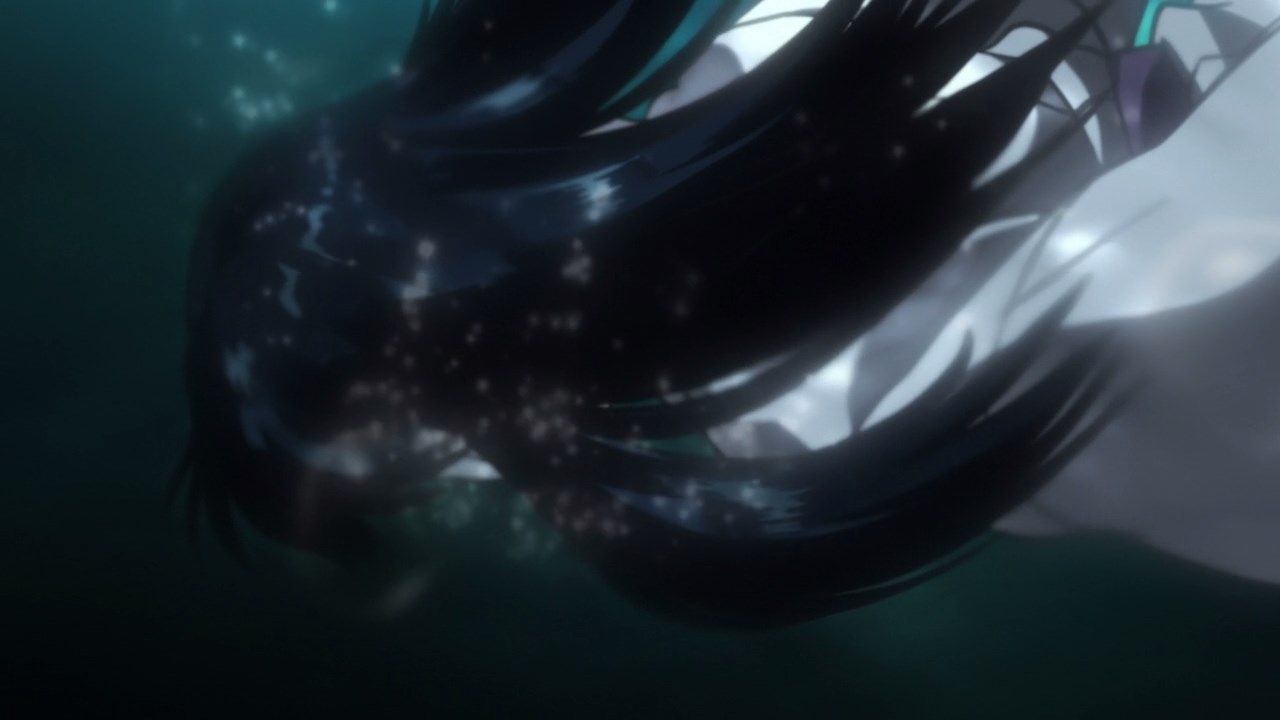 Of course, Sawa doesn’t care about learning the truth as she wants to end her life once and for all by walking towards the ocean during a storm. 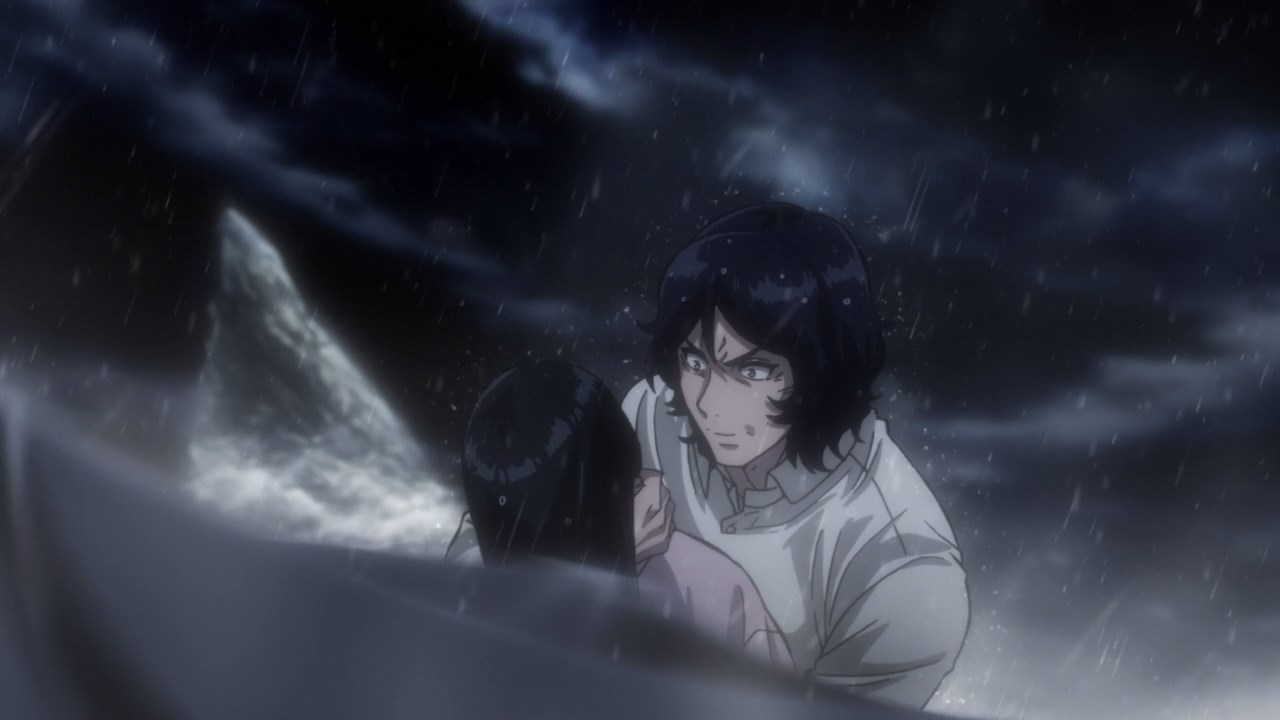 However, Jin Kuzuhara refused to let Sawa Yukimura die as he rescued her. Okay, how did he managed to find Sawa when she went into hiding in some remote village? 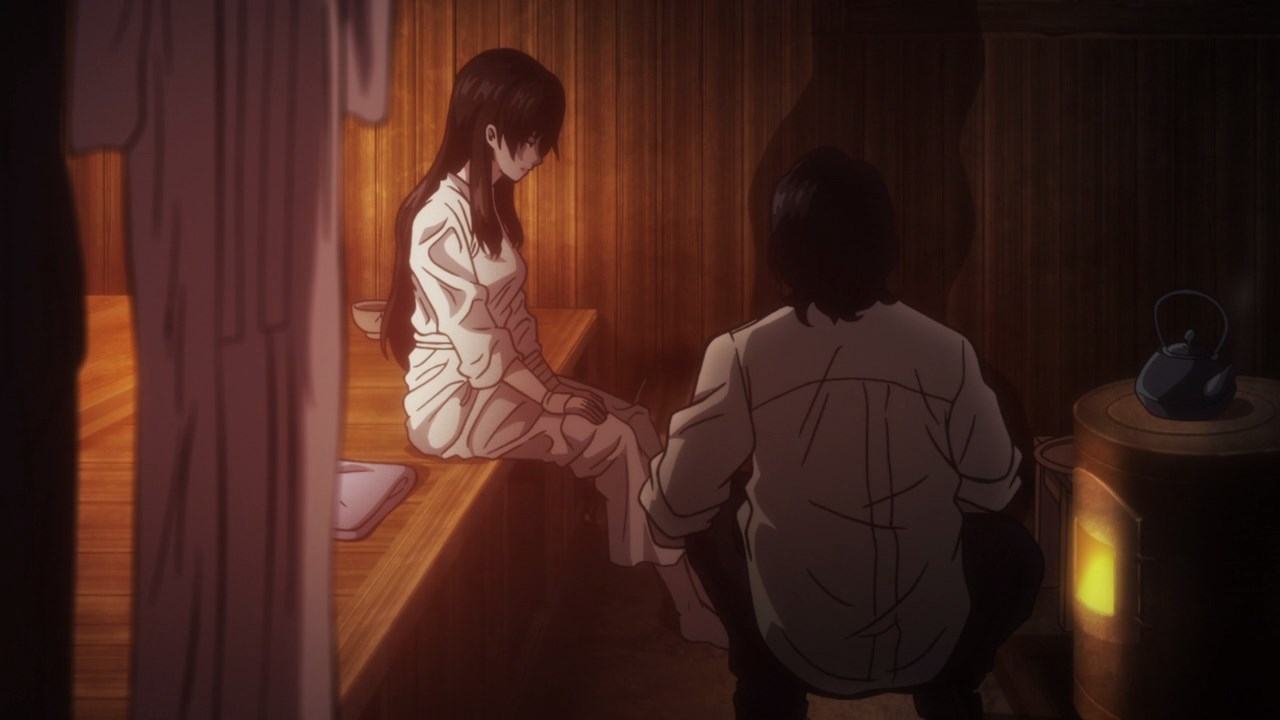 Regardless, Jin Kuzuhara took Sawa Yukimura to a shed where he took care of her health, although Sawa wants to die for which Jin urged her to live as she has unfinished business.

By the way, it’s revealed that Jin Kuzuhara is actually his code name as his real name is Iori Makabe. Oh yeah, Kuzuhara’s life is really tough in which he was exploited by the shogunate, even as far as losing his lover at one point.

For now, Sawa Yukimura will have to recover as she almost died when fighting Makoto Tsukishiro and attempting to drown herself. 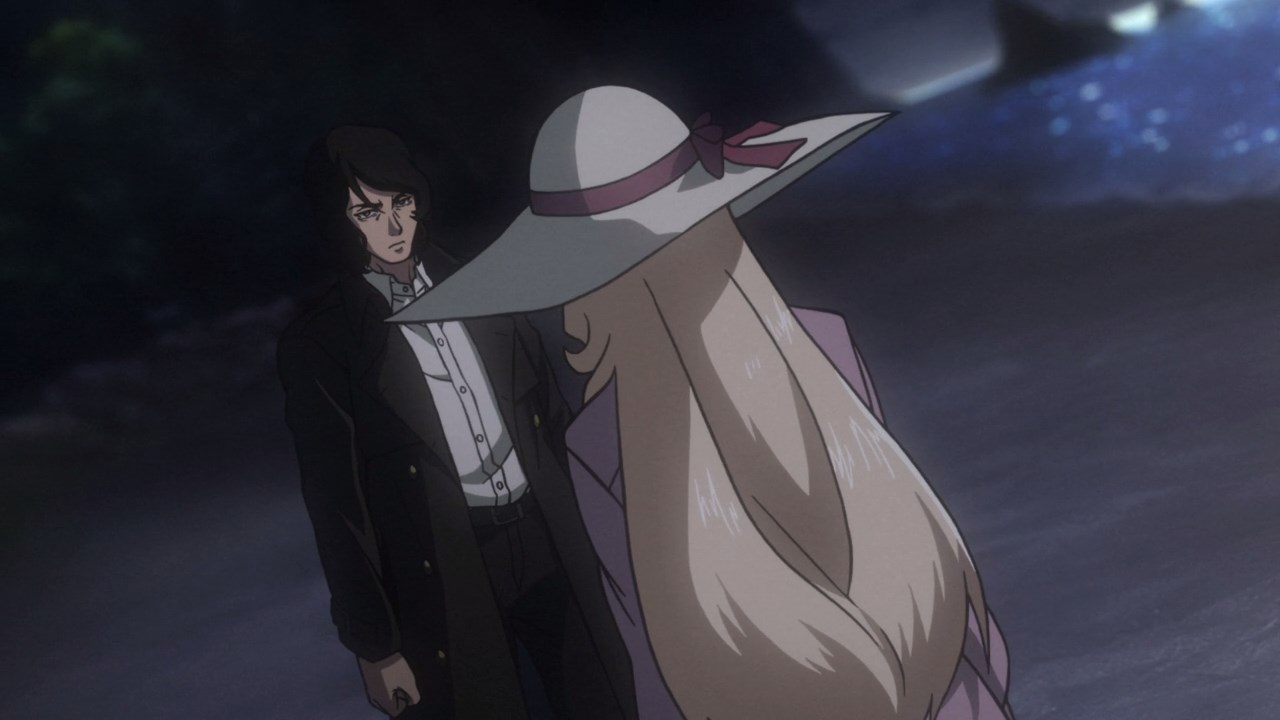 One last thing, looks like Jin Kuzuhara met a certain woman. Wait, don’t tell me that a Nue executioner has returned from hell? 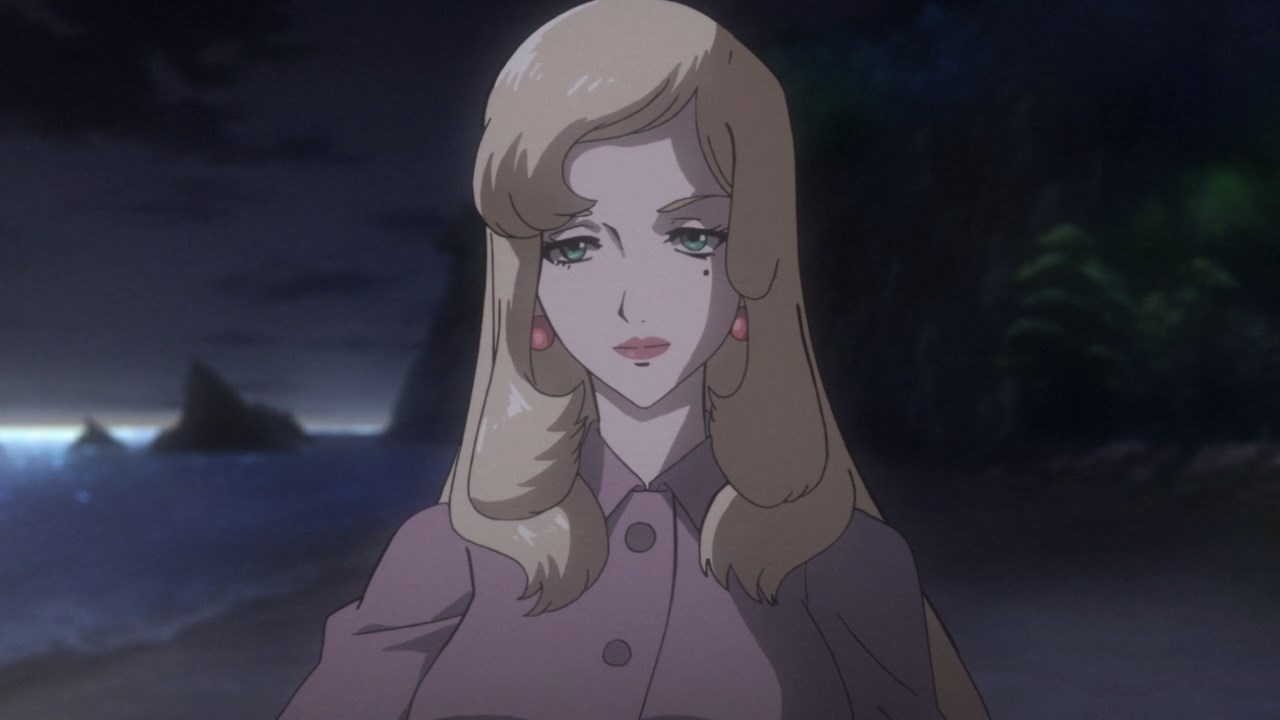 Turns out that Elena Hanakaze has cheated death in which she faked her demise by letting her body double and possibly her husband into the fire. Of course, she’s still pregnant but man, Elena is back!

Now then, I can’t wait on the next episode ’cause there’s so many twists and turns on this show.