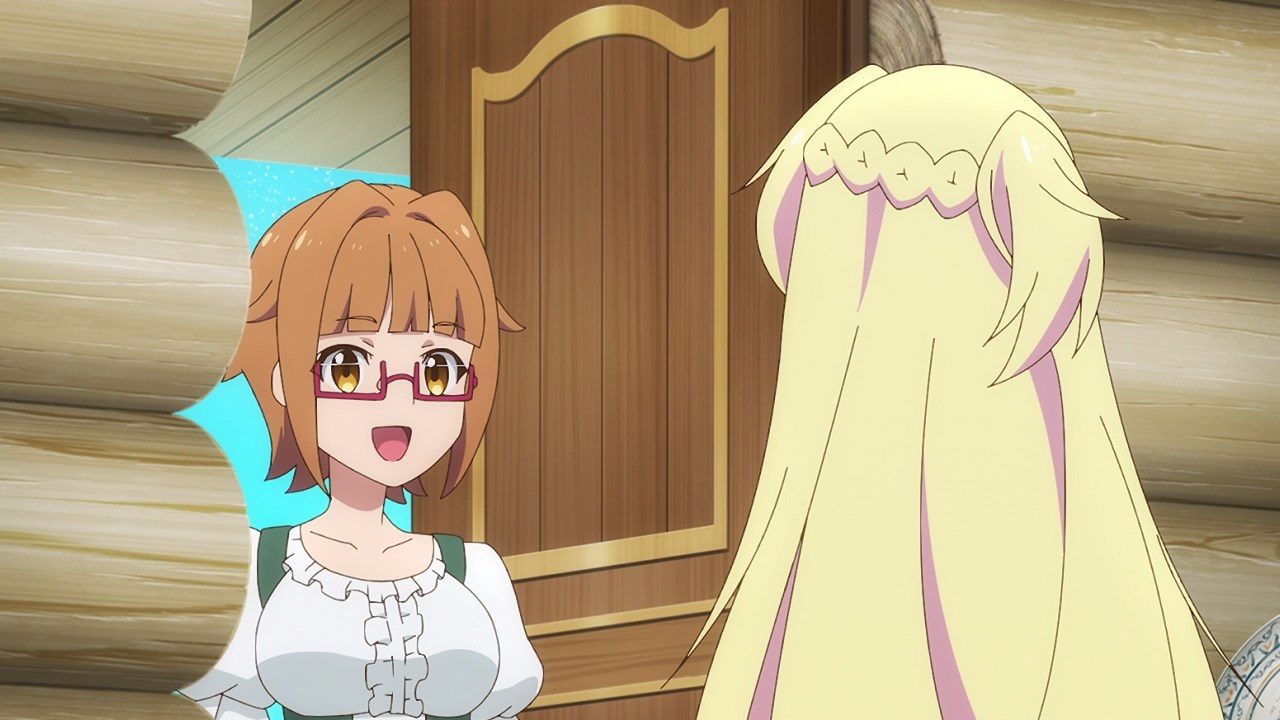 Let’s start this episode with Natalie where the guild receptionist from Flatta Village is here to give a quest to Azusa Aizawa. 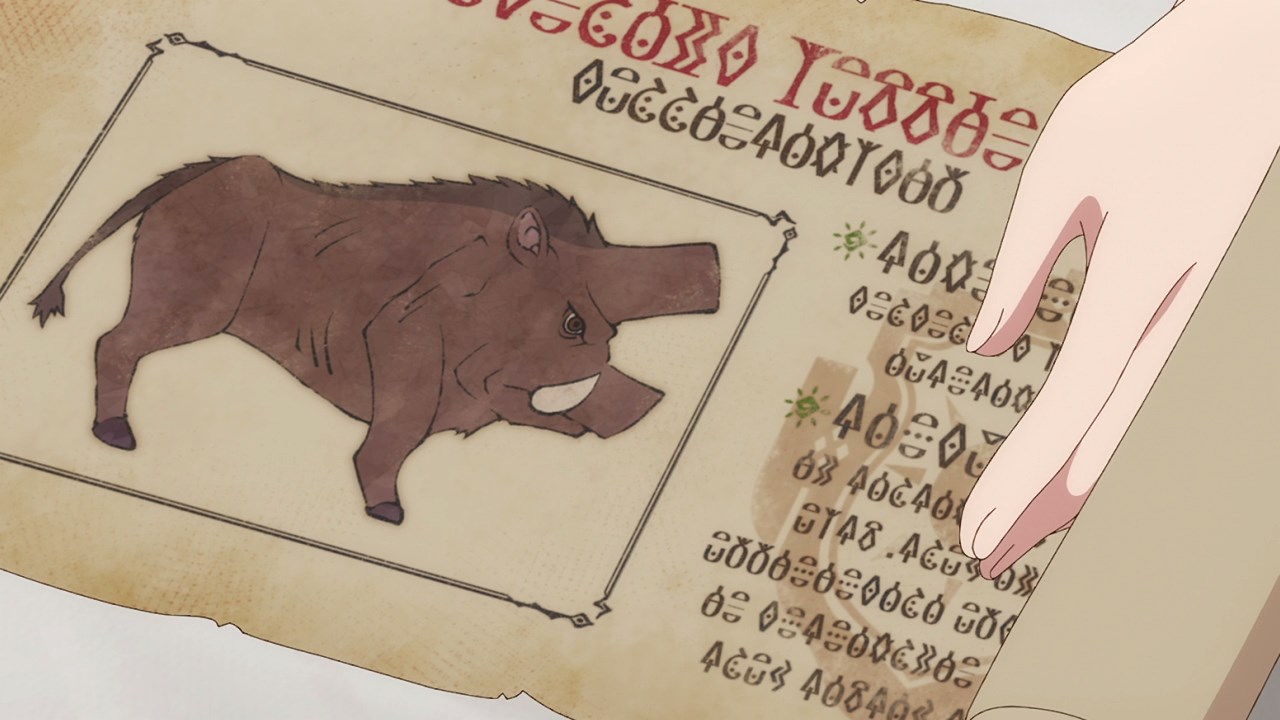 You see, there’s an outbreak of longhammer boars in Nilka Forest in which Natalia asked the witch on stopping them.

Then again, Azusa can’t do it by herself as she decides to bring Laika and Flatorte along the ride. 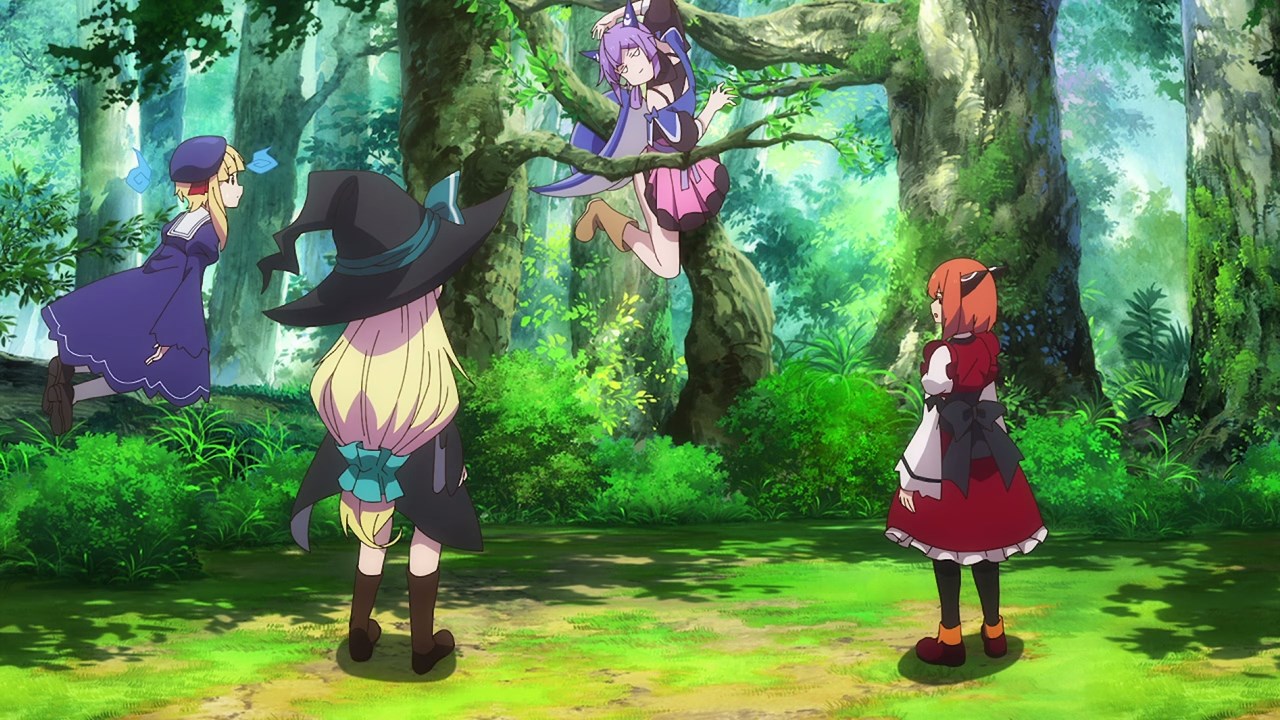 But speaking of Flatorte, it appears that she’s not used to wearing clothes as Flatorte is getting snagged in trees. That’s unfortunate but you know what, Laika got used to it easily. 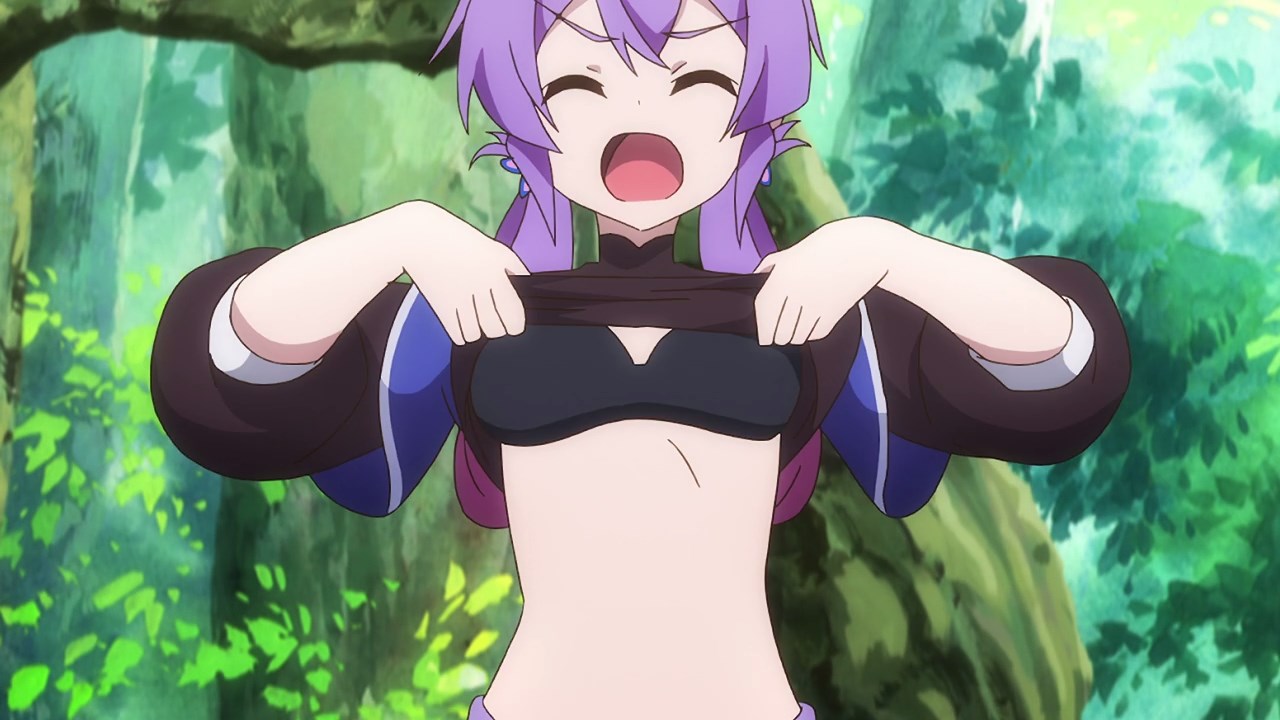 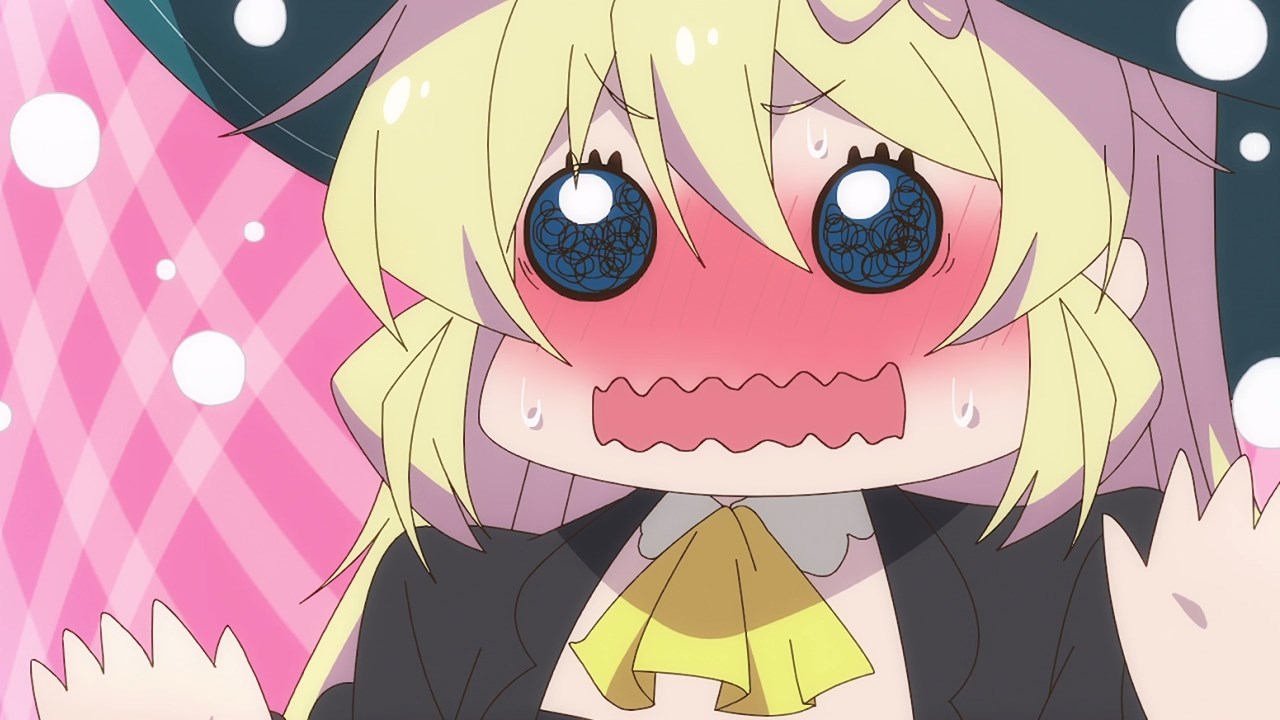 Well then, looks like Flatorte decides to go streaking as she removes her clothes, although Azusa doesn’t want her to do that.

Regardless, she did it anyway as Flatorte tries to stop those boars with her bare hands.

Then again, the only thing that’s bare is her entire body as Flatorte is struggling to retrieve her clothes.

Fortunately, Flatorte managed to get her clothes back by taking those longhammer boars down. Well, some of them as Azusa and the rest took down the remaining boars. 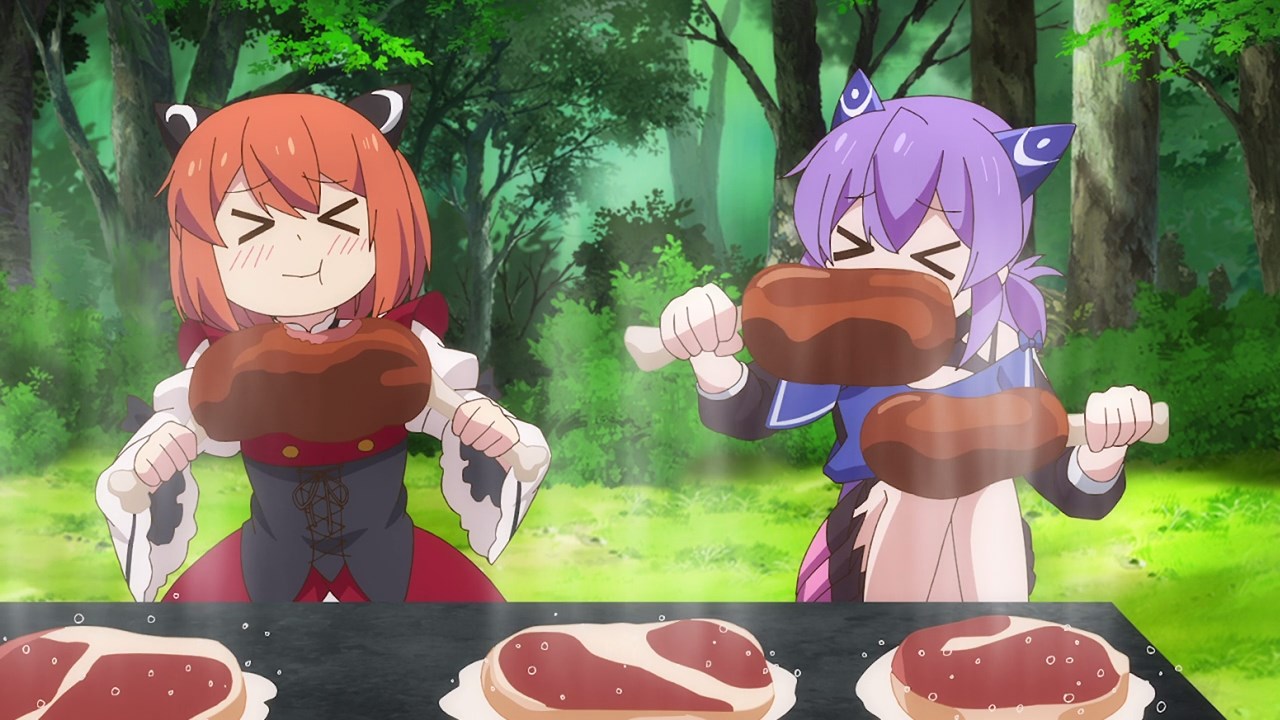 Now that they took out those boars, it’s time to cook them as it’s believe that longhammer boar meat is a delicacy.

Unfortunately, most of the meat were chow down by both Laika and Flatorte as they don’t want to lose against each other. Don’t worry though as they share the spoils to Azusa and the rest of her family. 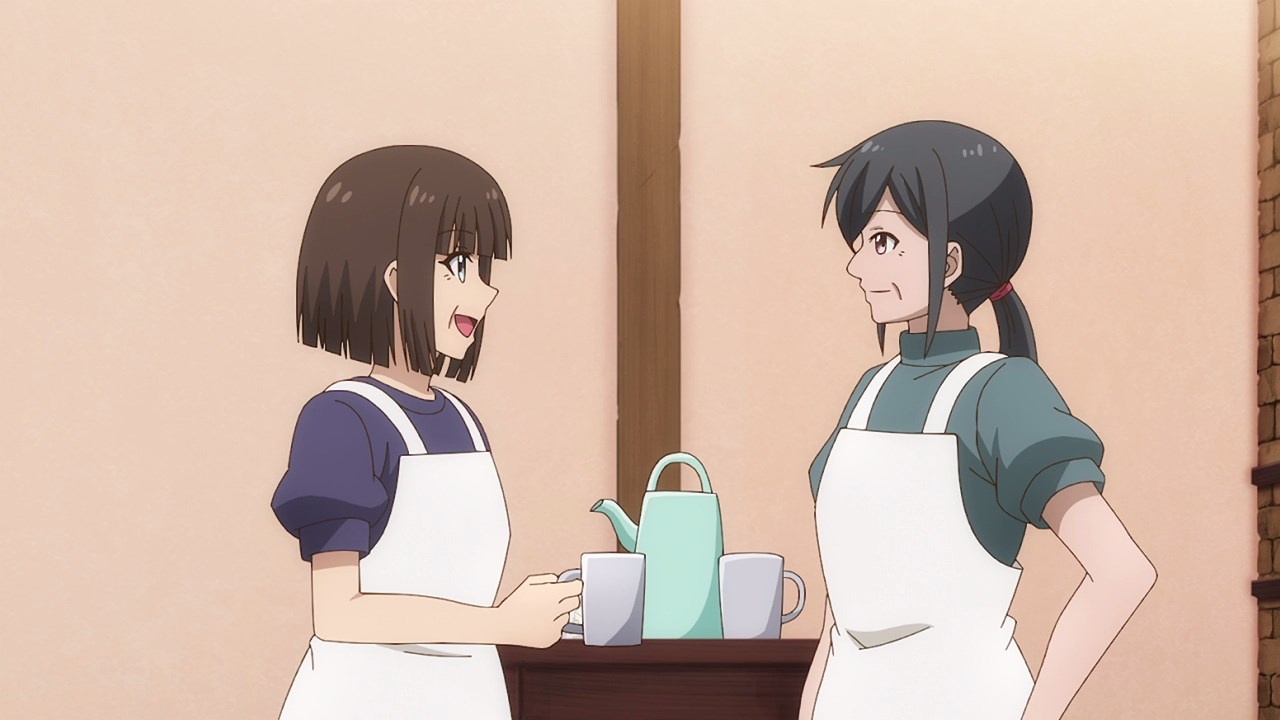 Meanwhile, it appears that they’re talking about a rumor that the Witch of the Highlands is making miracles in another town. Oh boy, something tells me that someone impersonating as Azusa Aizawa. 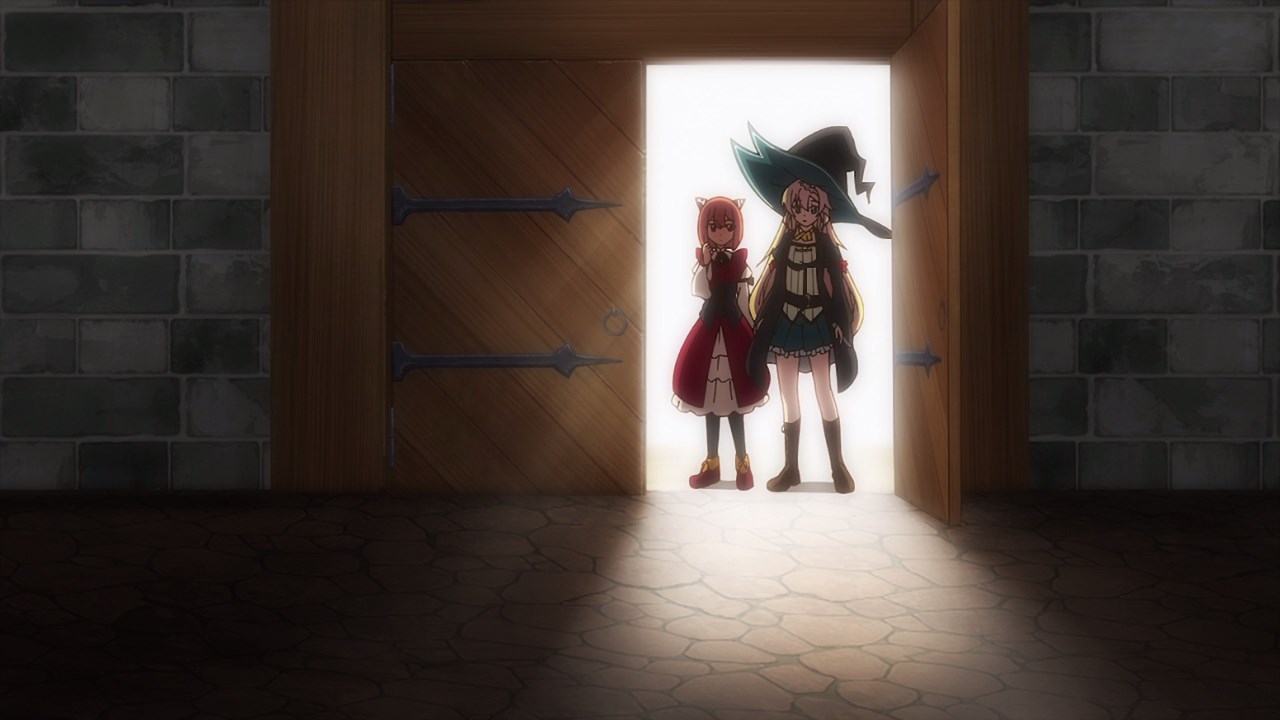 Well then, it’s time for Azusa to find the impostor as she started her investigation at a bar together with Laika. 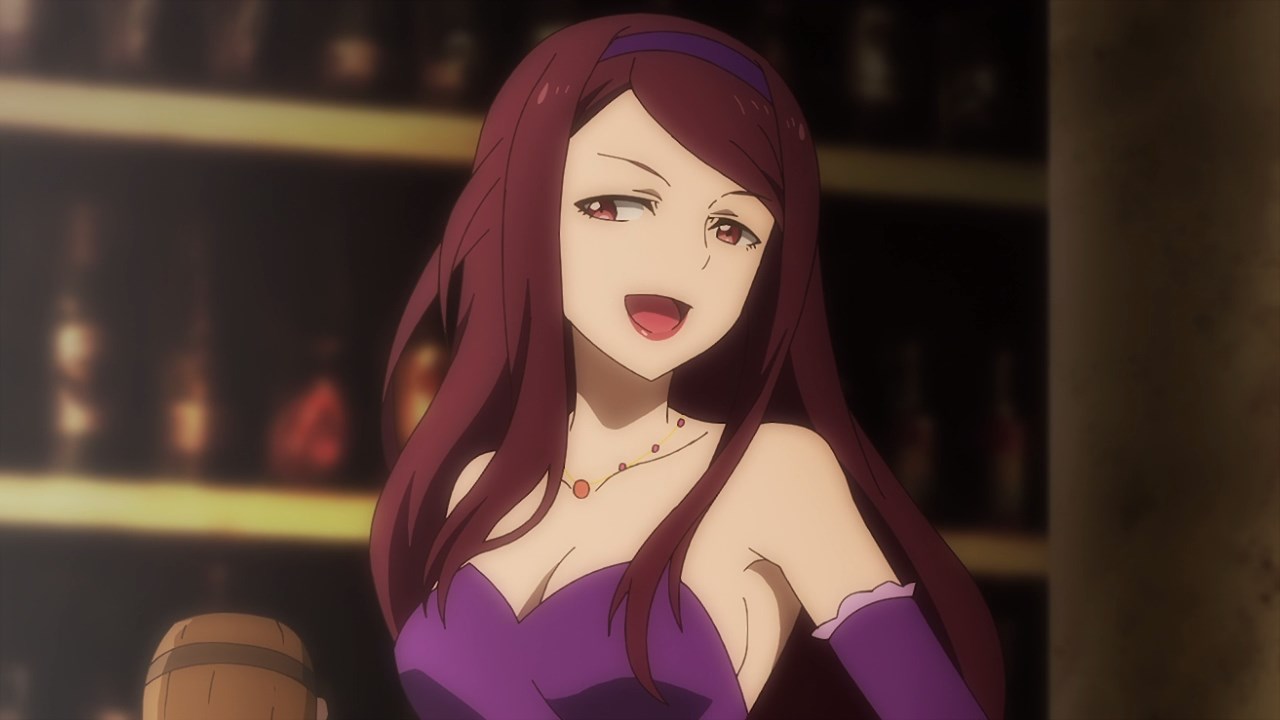 And here’s the bar owner where she’ll give some information to Azusa and Laika unless they insult their customers.

You see, this bar is famous for mocking the customers to the point that they love it. Kinda like tsundere café but more vulgar. 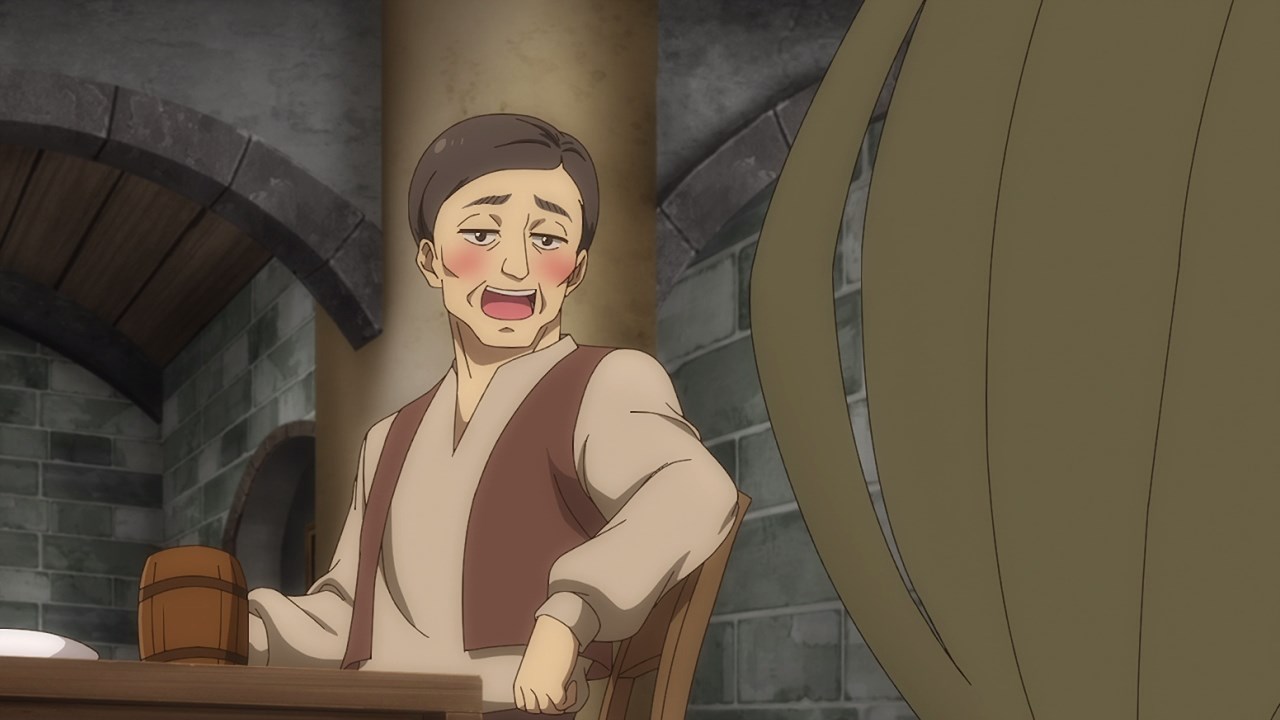 But here’s one of the customers where they ask Azusa to mock him. Oh really, you sure want to get insulted by the real witch? 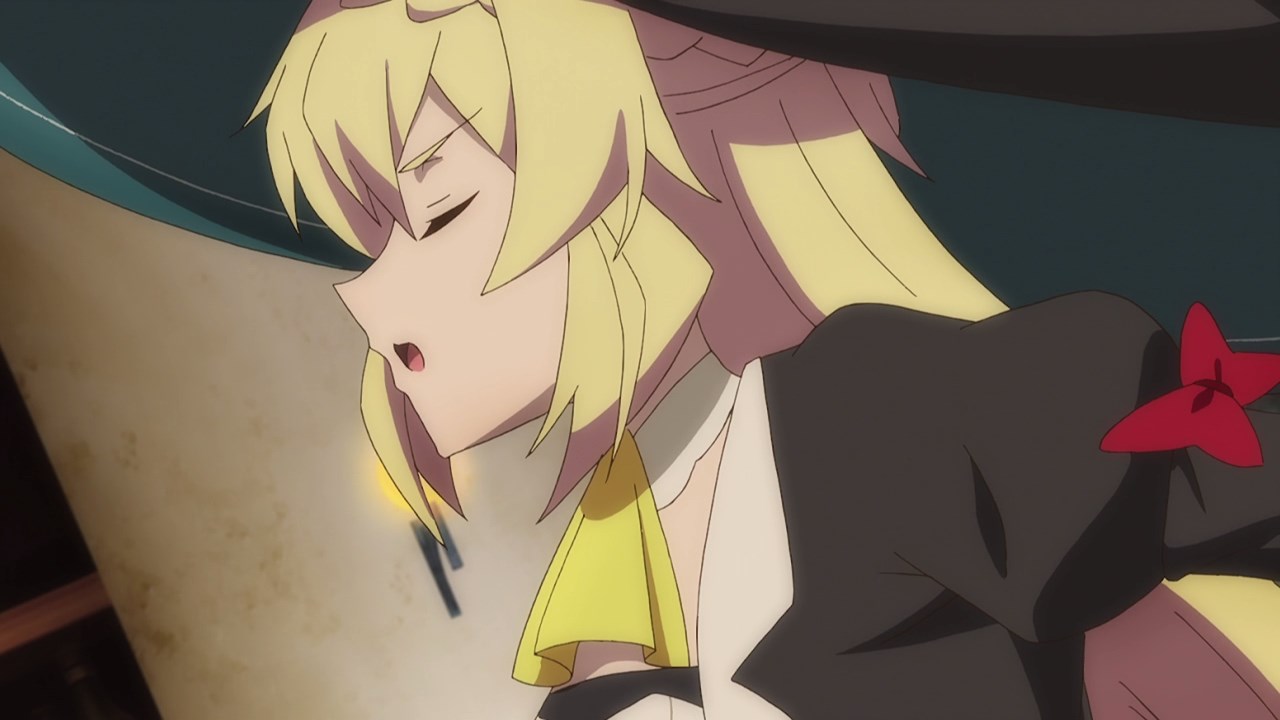 Well then, here’s Azusa Aizawa telling this customer to drop dead ’cause he stinks like rotten fish. Of course, will it work? 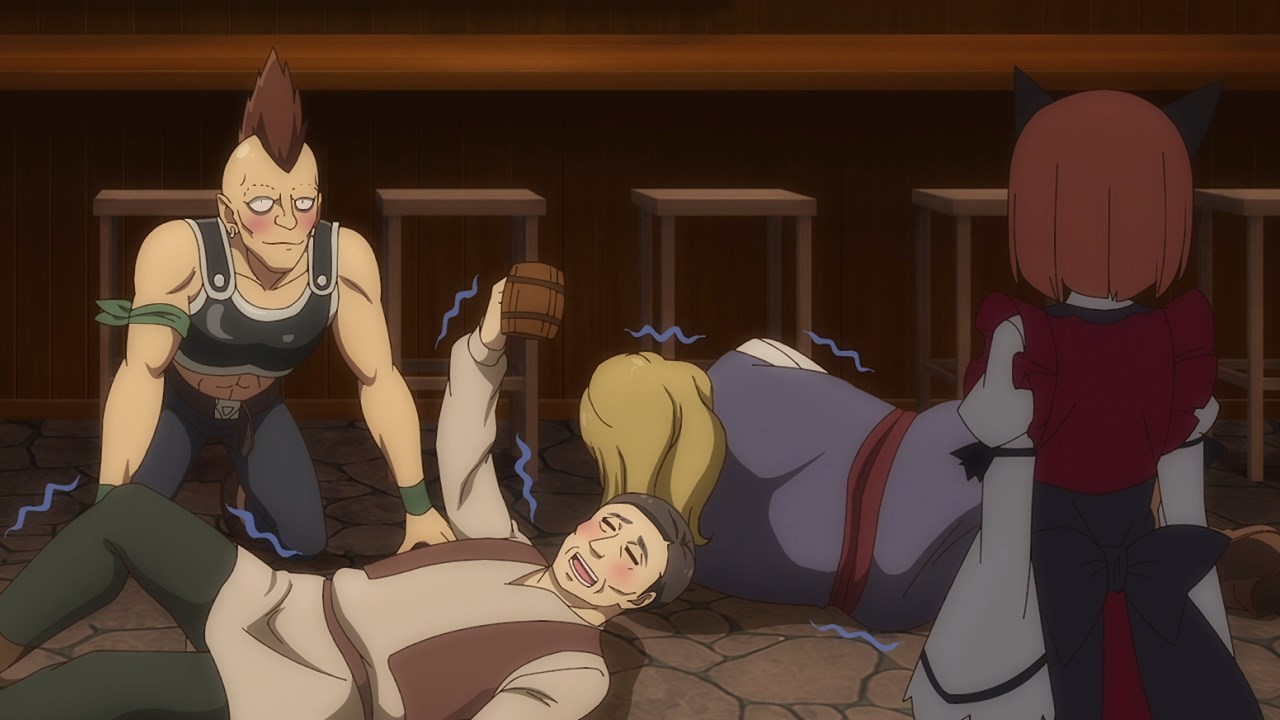 Turns out that Azusa’s insult worked pretty well as the bar owner told her and Laika that there’s a Witch of the Highlands at the plaza. Glad that she gave them the info. 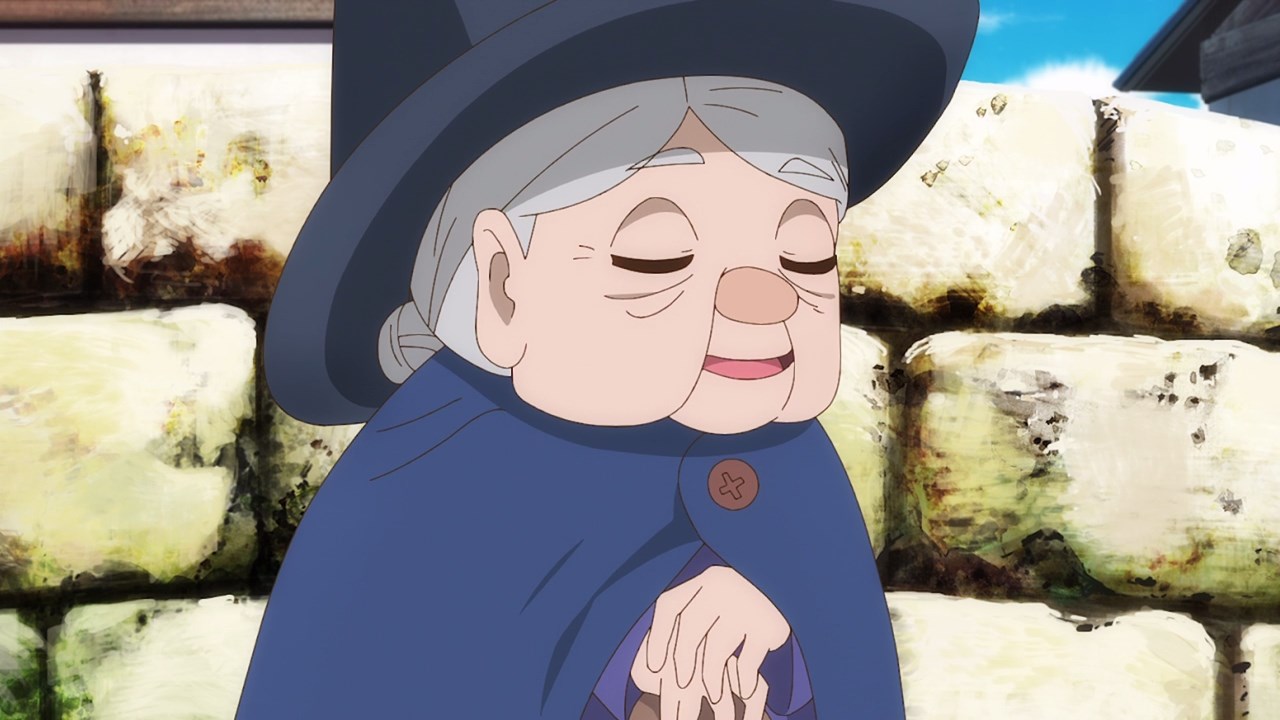 Anyways, here’s the fake Witch of the Highlands and wait a minute, should she impersonate Azusa as this impostor looks like an old lady? 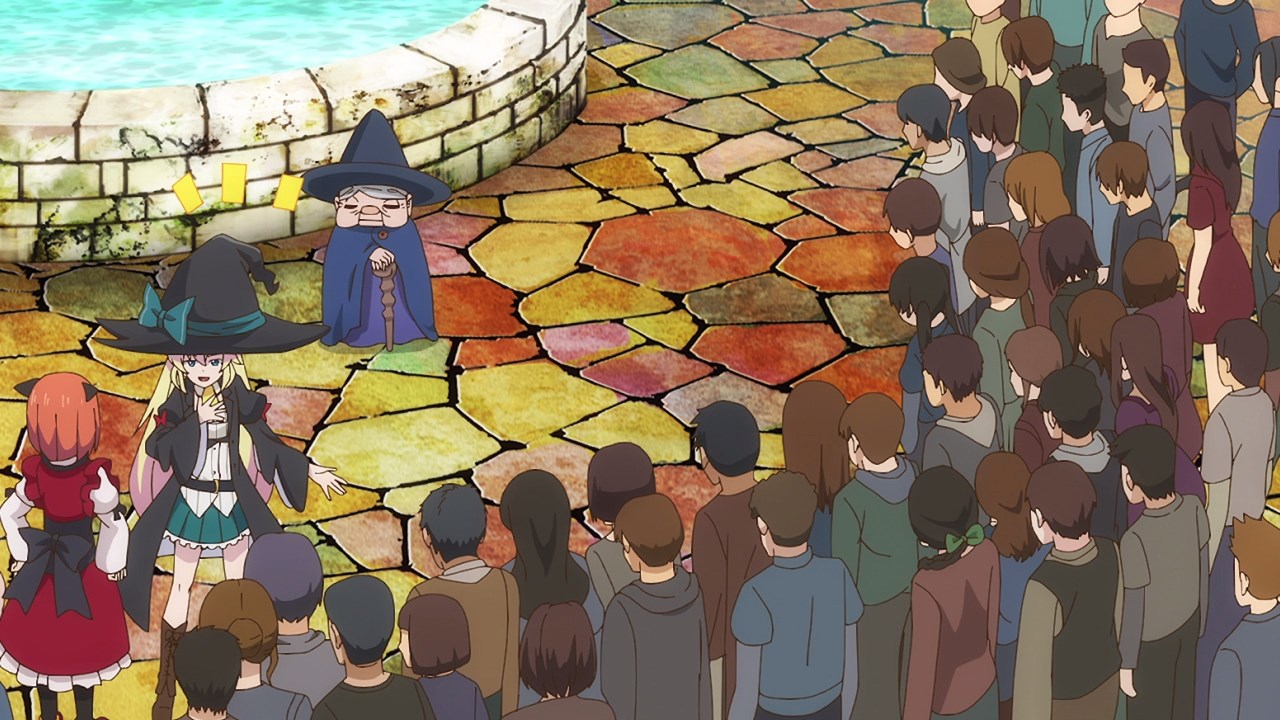 But here’s Azusa where she told everybody that this fake witch used her title without permission. C’mon, there should be one Witch of the Highlands on this fantasy world! 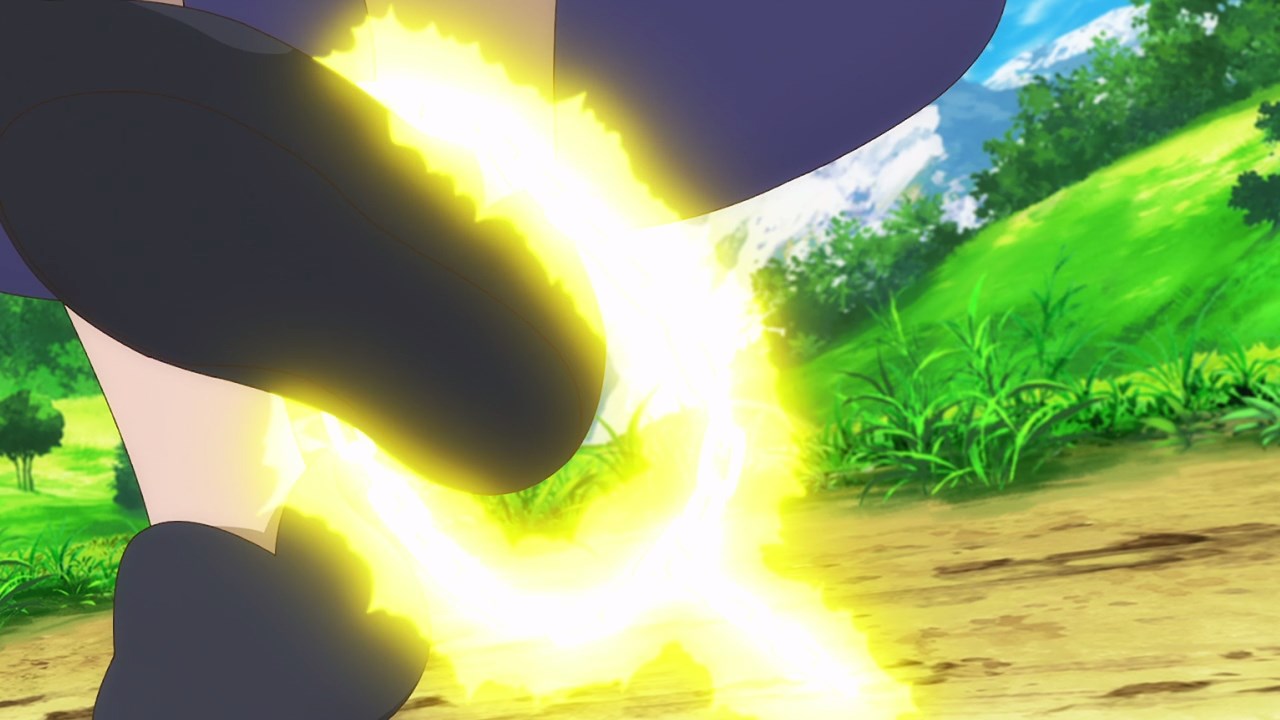 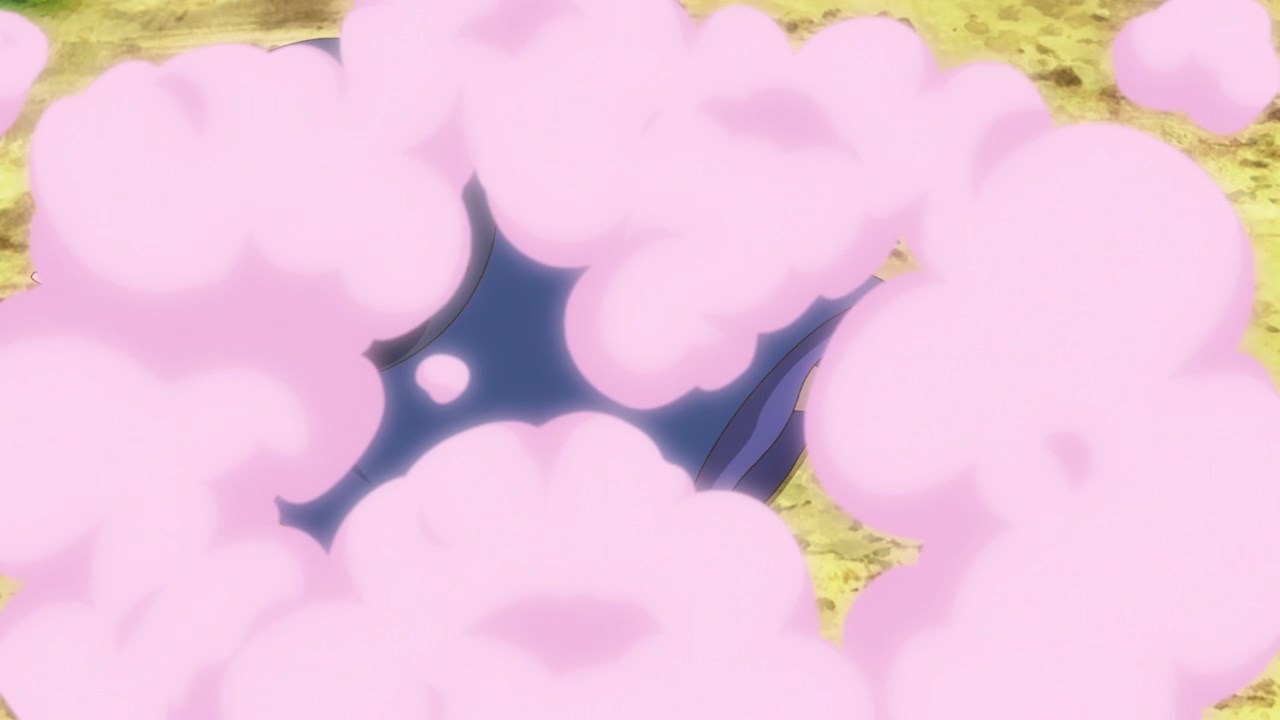 And so, Azusa Aizawa managed to capture the fake Witch of the Highlands as she reveals her true form. 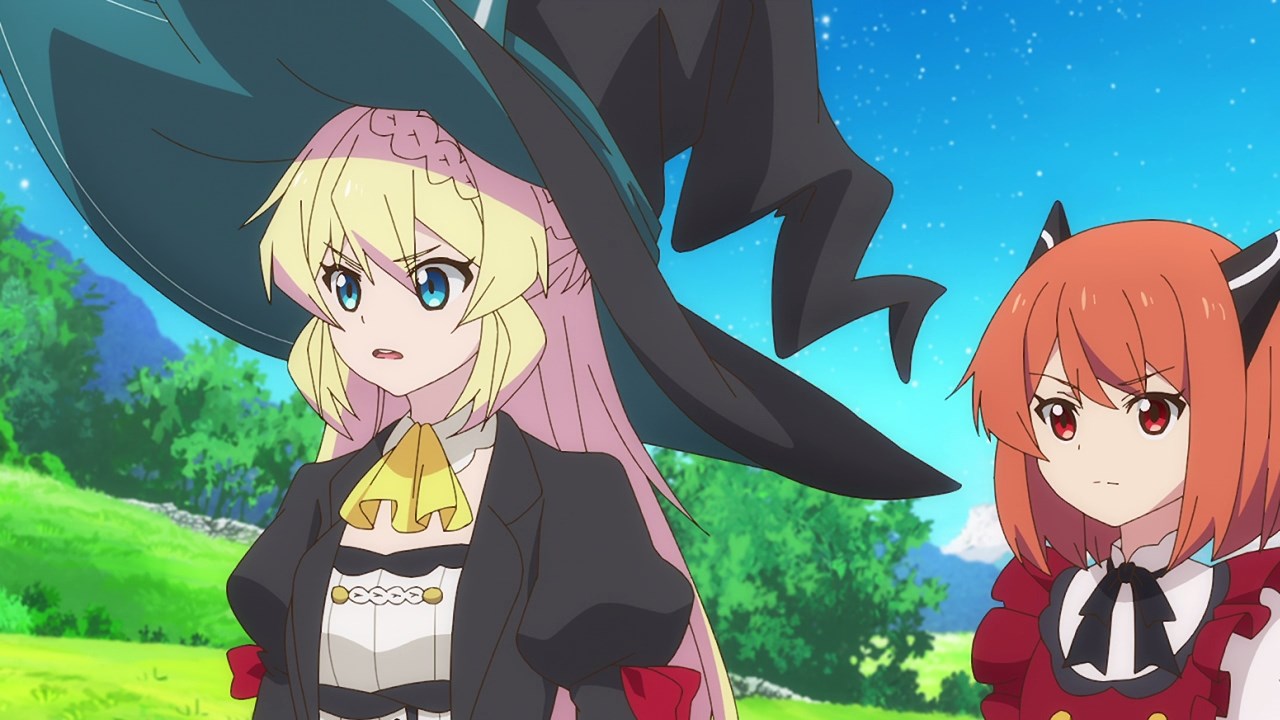 And speaking of Azusa Aizawa, she and Laika are surprised to see the real person who use Azusa’s title. 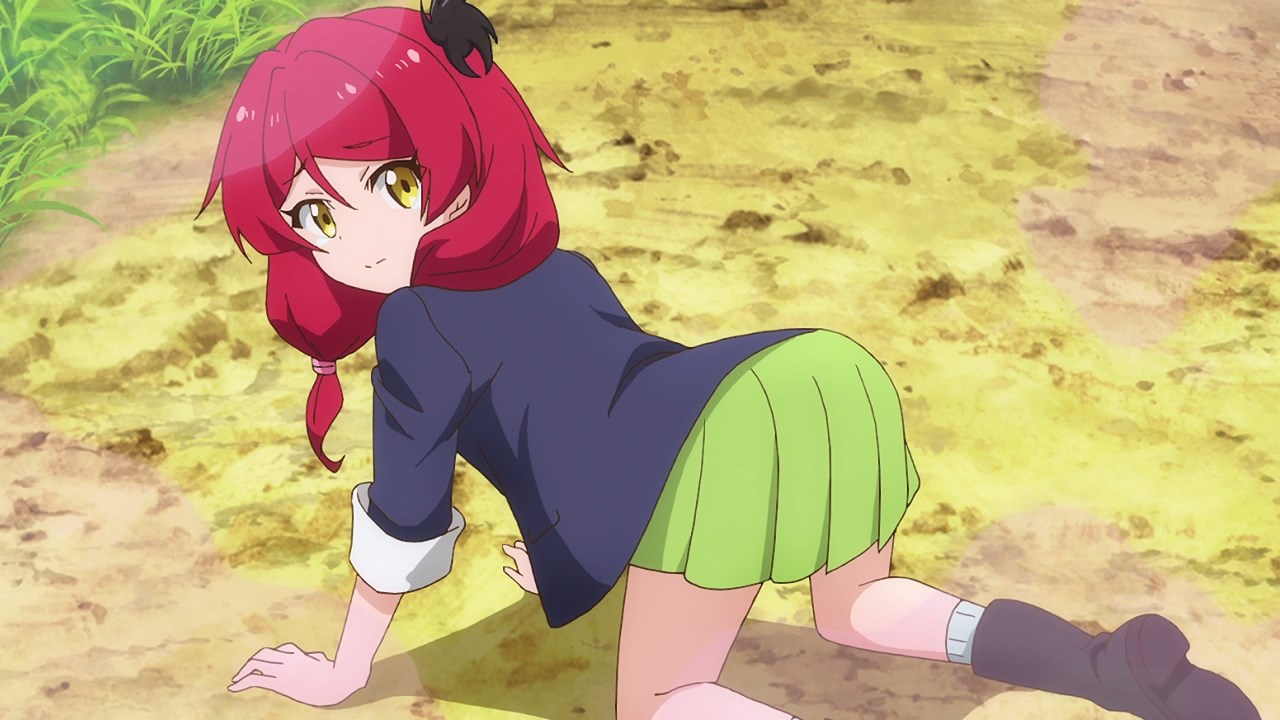 This is Eno where she’s an apprentice witch who uses Azusa’s popularity to become well-known among her peers. Heck, Eno made some mandragora pills and sell them. 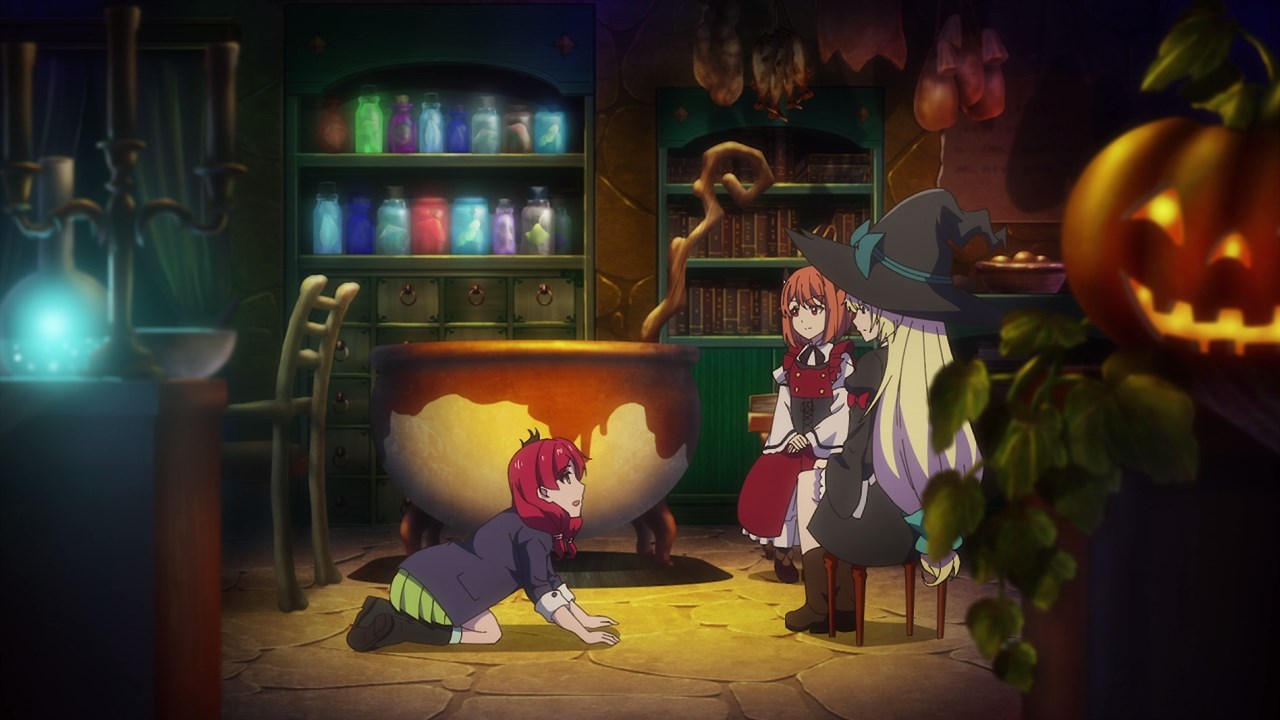 Of course, Eno apologize for taking Azusa’s title without her permission as she wants to be a recognizable witch where everyone will fawn over her.

You know something, I think Azusa will help Eno on her image as this apprentice witch needs some confidence in herself. 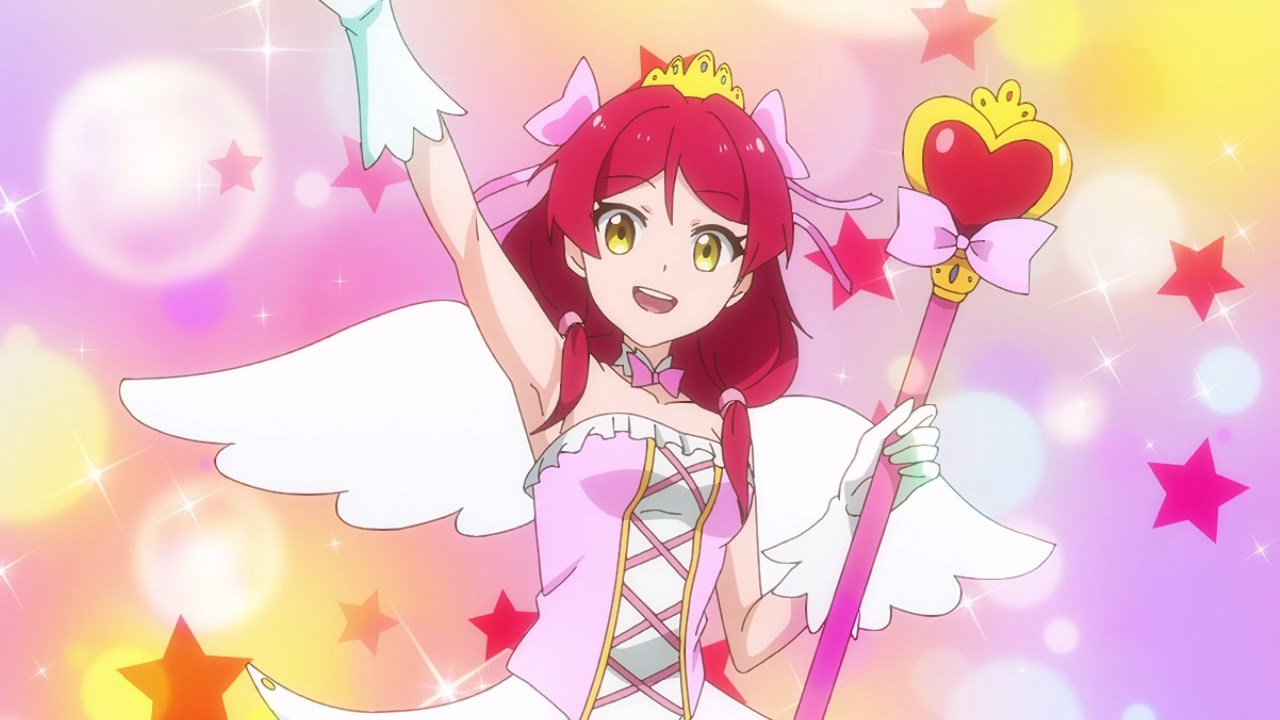 But thanks to Azusa Aizawa’s help, it appears that Eno went from being a copycat into a magical girl. Okay, this is very surprising coming from Eno! 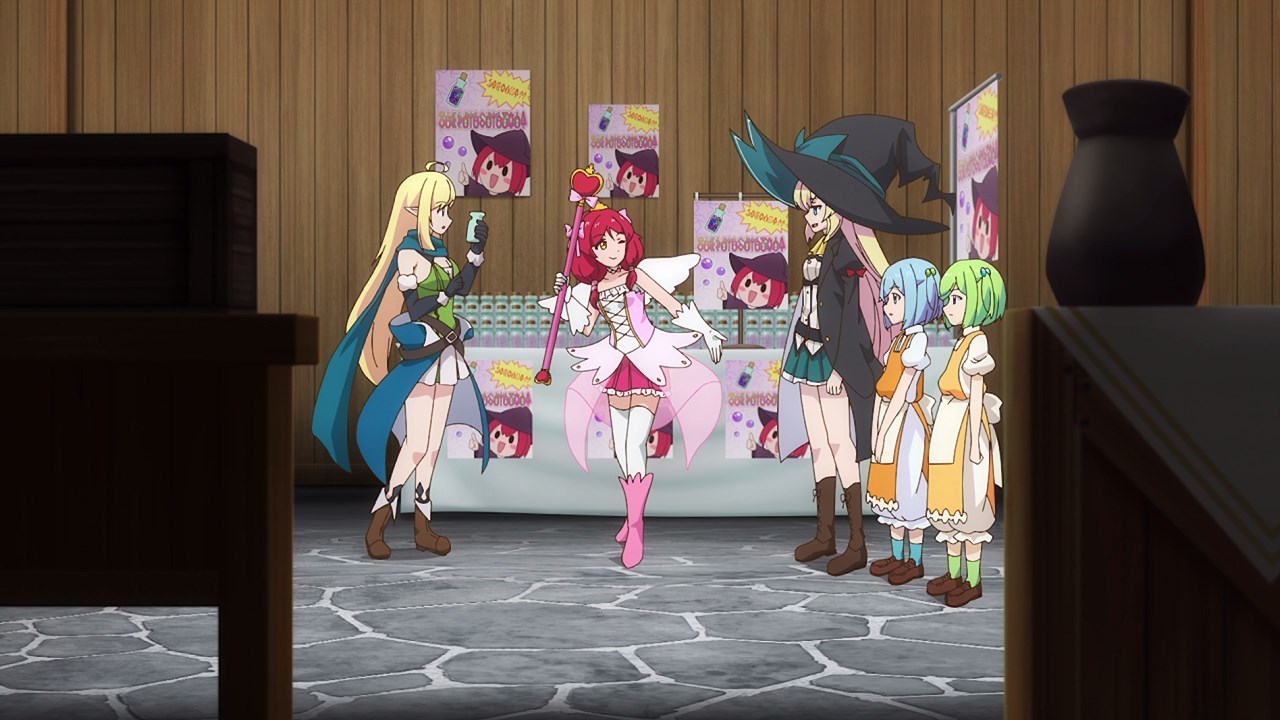 Even Azusa is impressed that Eno took the magical girl route rather than being another Witch of the Highlands. Not surprising since Azusa came from the modern world.

With that said, I’m hoping that Eno will become a successful witch using her own image! 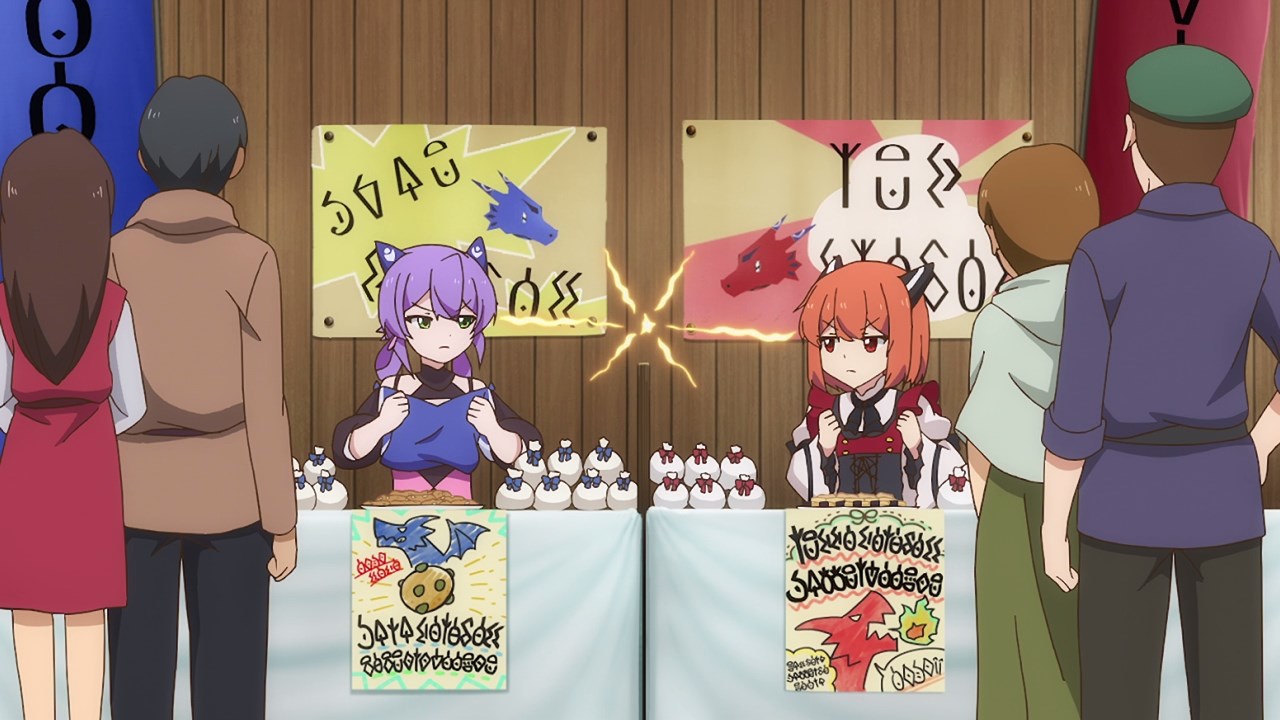 And now, let’s end this episode where Flatorte and Laika are still competing to see who’s the best dragon. Then again, I feel that it’ll end in a draw but anyways, I’ll see you next time!