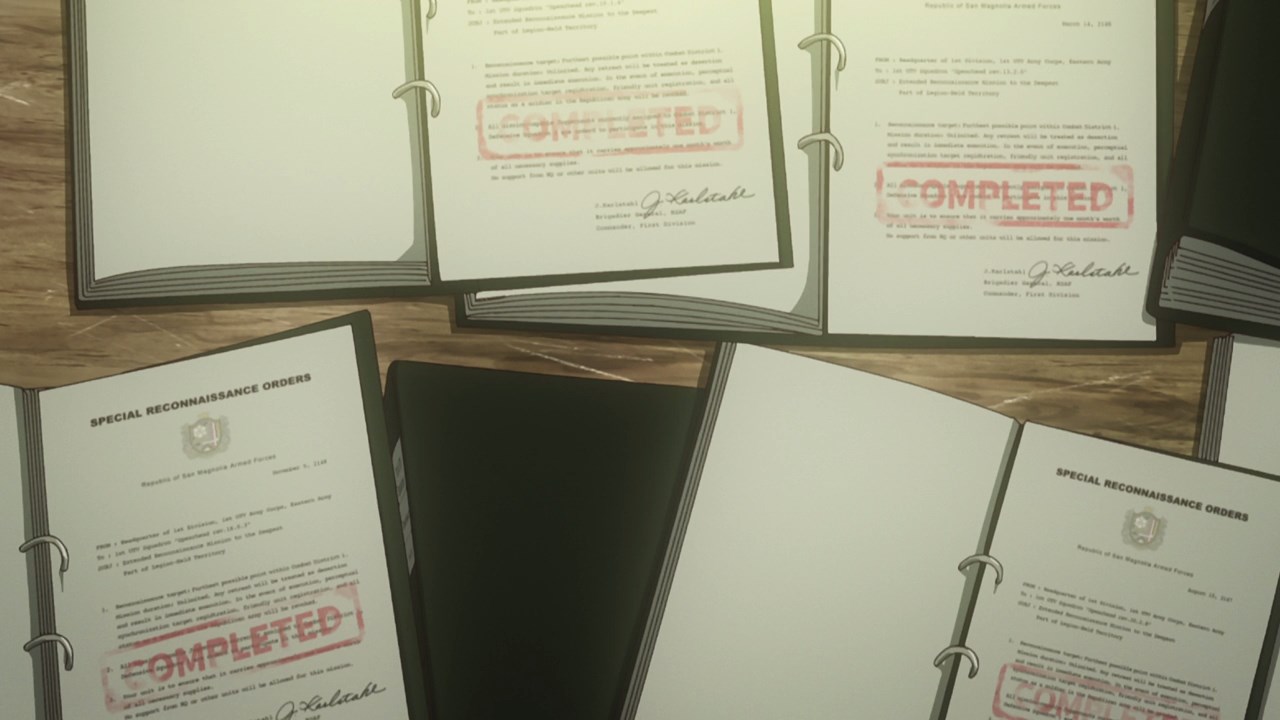 Well everyone, I have to say that the Republic of San Magnolia are very zealous on committing genocide to non-Albans by making ridiculous missions where there’s 0% chance of survival. 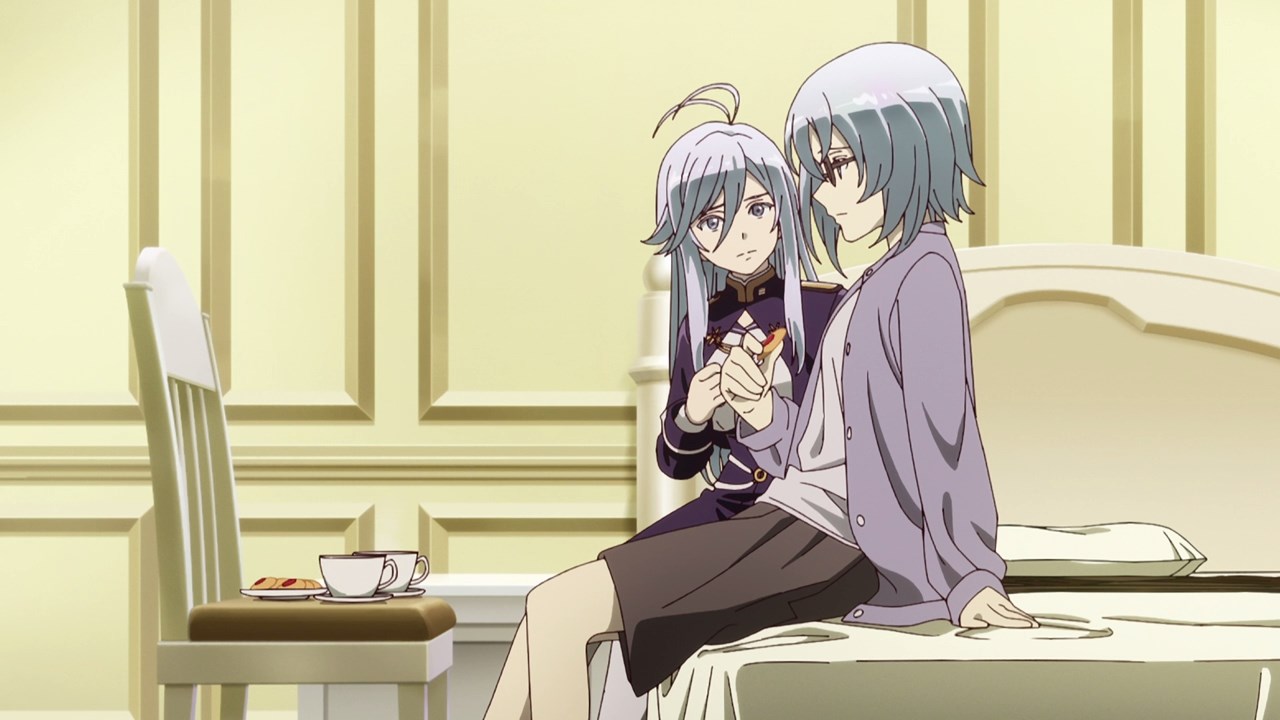 Of course, Shinei Nouzen and a lucky few managed to make it out alive but with this next mission, there’s no chance in hell that they’ll survive which is why Vladilena Milizé is really devastated and thus she seeks Henrietta Penrose for help. 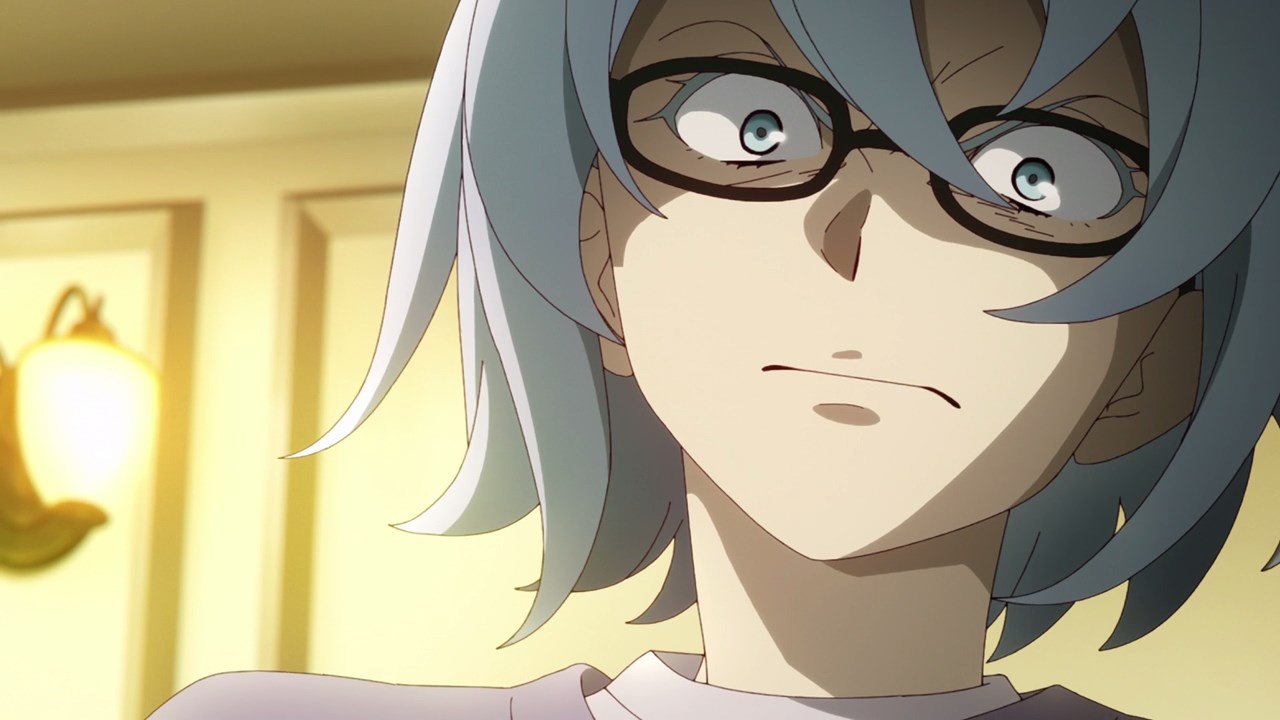 Except that Annette can’t help Lena at all ’cause there’s nothing that she can do. Furthermore, Annette lambasted on the major, saying that she should stop acting like a saint as her words can’t save them.

I’m surprised that Annette loses it when Lena asked her to do anything to save the Spearhead Squadron. Of course, there’s more to Henrietta Penrose than meets the eye. 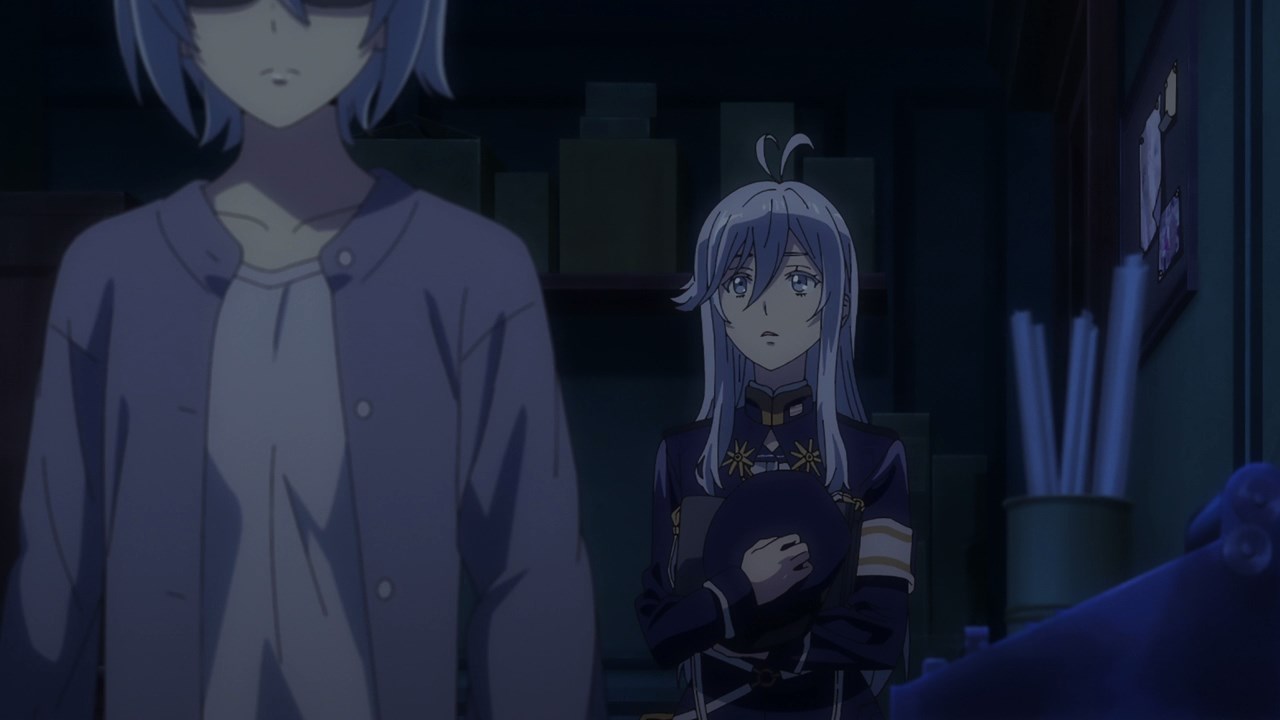 You see, her father Josef developed something that’ll be used by the San Magnolia military. 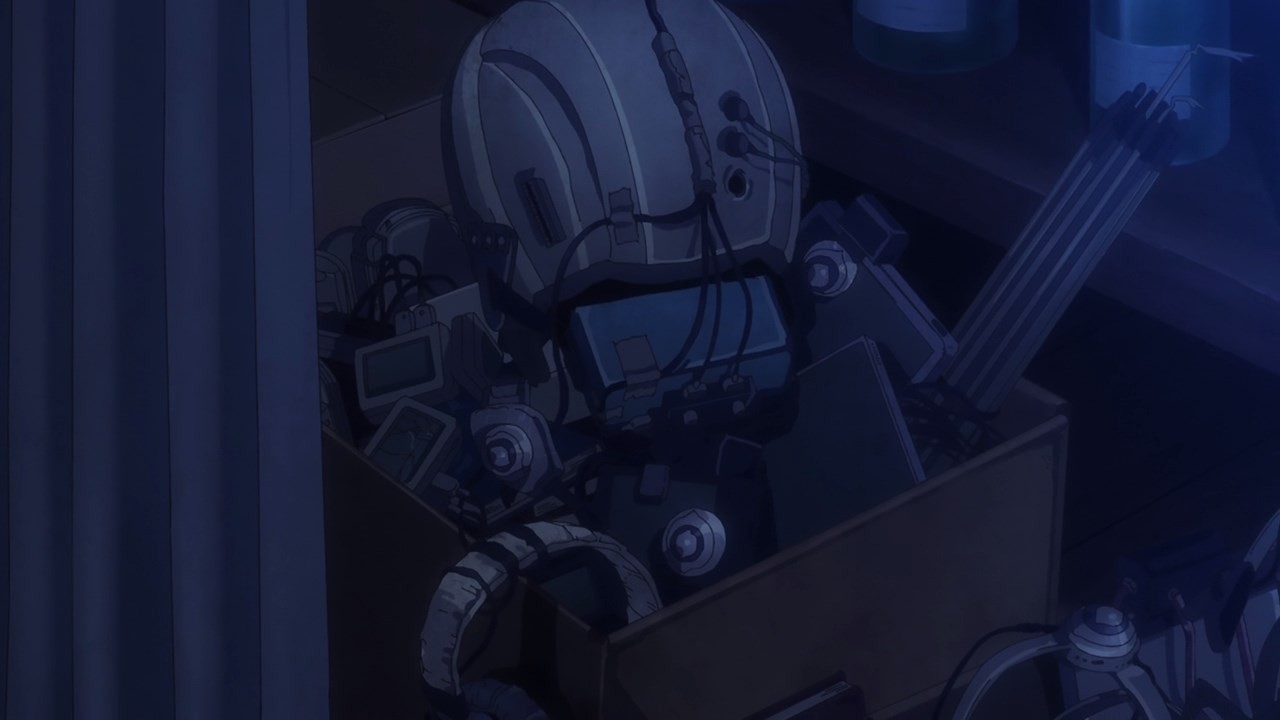 That’s right, Para-RAIDs where the basis of creating a communication device was their next-door neighbor, which happened to be non-Albans where they have telepathic powers.

Of course, Josef felt guilty on making Para-RAIDs as the military used non-Alban children as guinea pigs for this brand-new communication device until they’re dead. Because of that, Josef Penrose committed suicide and thus she carry on her father’s research no matter how inhumane it is.

By the way, as for their next-door neighbor, I wonder if they’re actually the Nouzen family as they have special powers? Then again, Shinei only communicates with the dead so it could be another family that has telepathic powers. 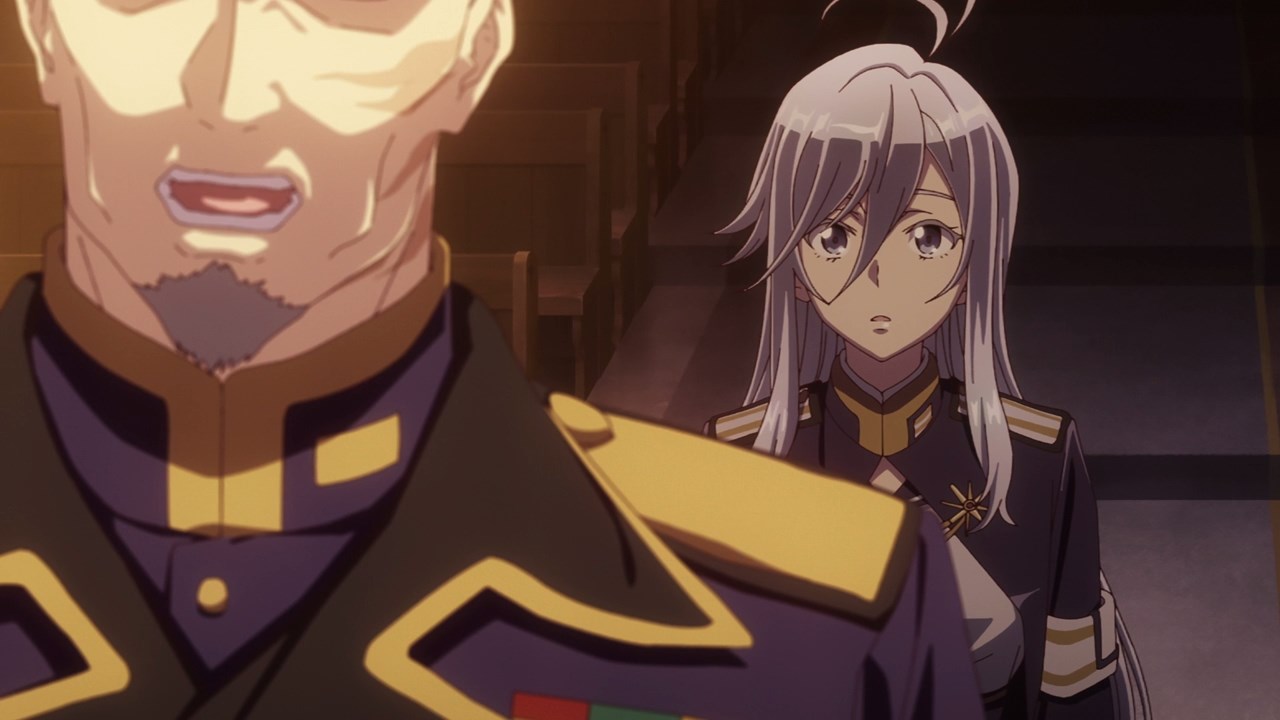 Since Henrietta Penrose can’t do anything to help her out, Vladilena Milizé went to Jerome Karlstahl where the commodore told the same thing. Basically, Commodore Karlstahl wants to let the non-Albans die ’cause that’s what the Republic wishes for. 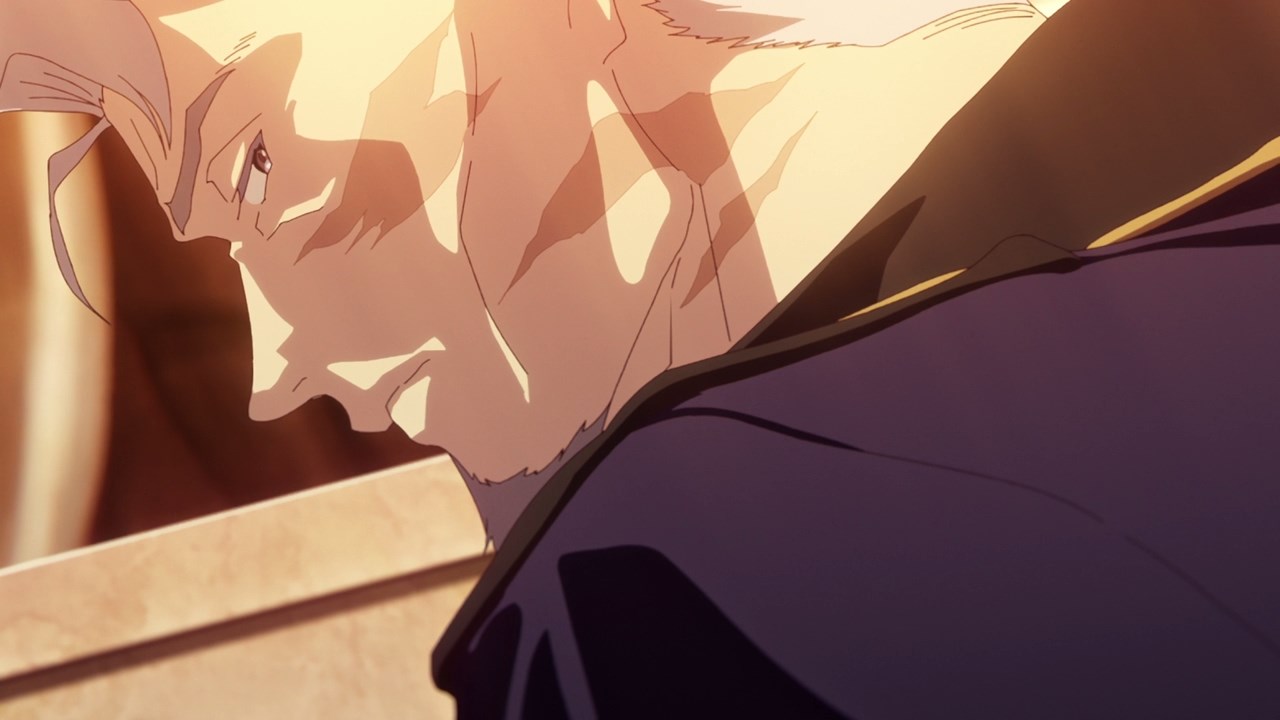 But seriously, the Republic of San Magnolia is a lost cause at this point where the majority are blinded by greed. Heck, even Lena’s speeches won’t convince them to stop the genocide of those non-Albans as the majority will claim that they did nothing wrong.

You know something, I bet that everyone living in luxury won’t defend themselves once the walls that protect the republic are breached. God, when will that happen? 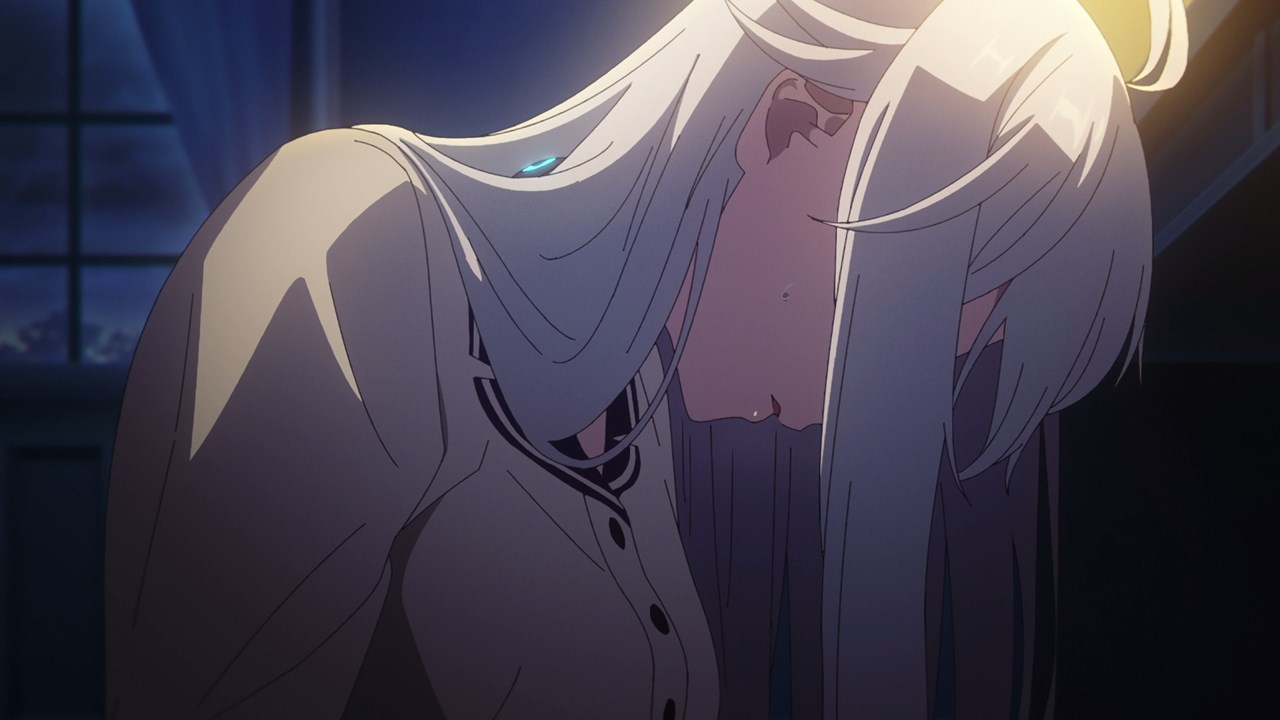 In any case, looks like Vladilena Milizé has lost hope in the republic. Of course, it gets even worse for Lena when the Undertaker told her to flee towards the eastern border and stop talking to the entire Spearhead Squadron ever again.

Well, it seems that Shinei wants to burn bridges to the major quickly as he doesn’t want Lena to hear voices of those fallen soldiers further. And really, this is for the best. 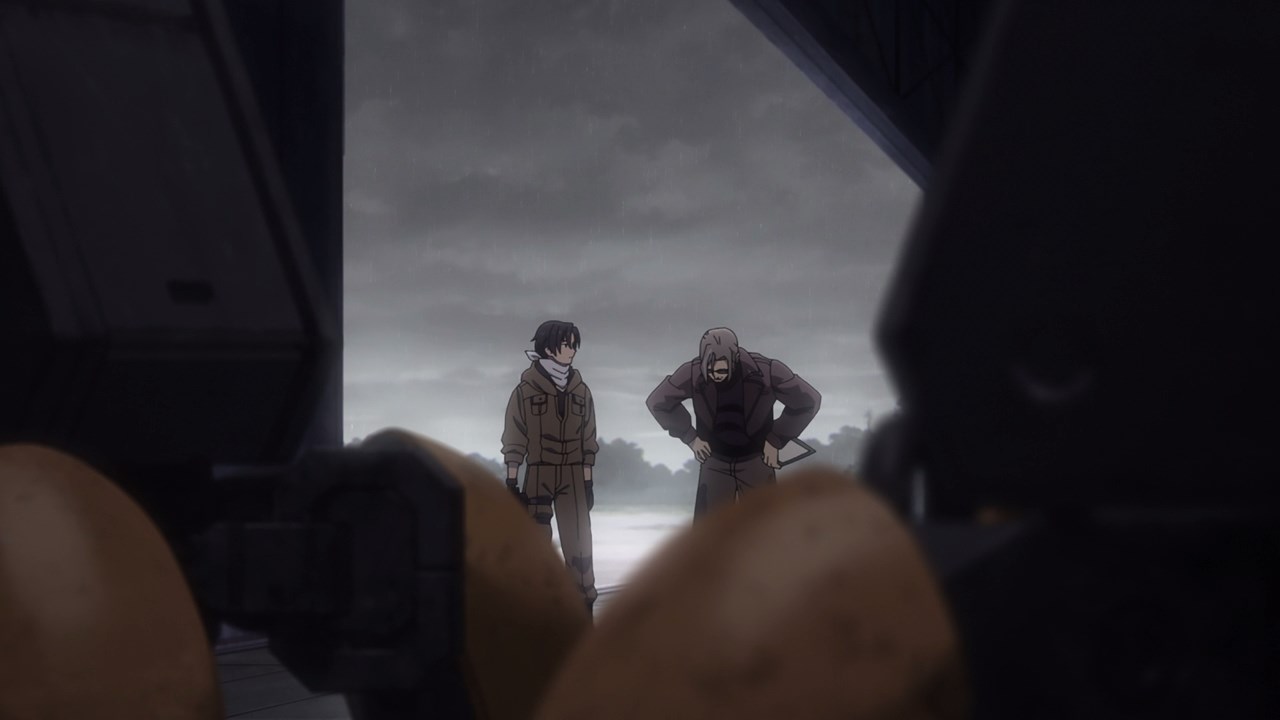 Now let’s move onto the 86th District where Shinei Nouzen and his surviving comrades are preparing for their next mission. Oh yeah, they’re not gonna leave everything behind. 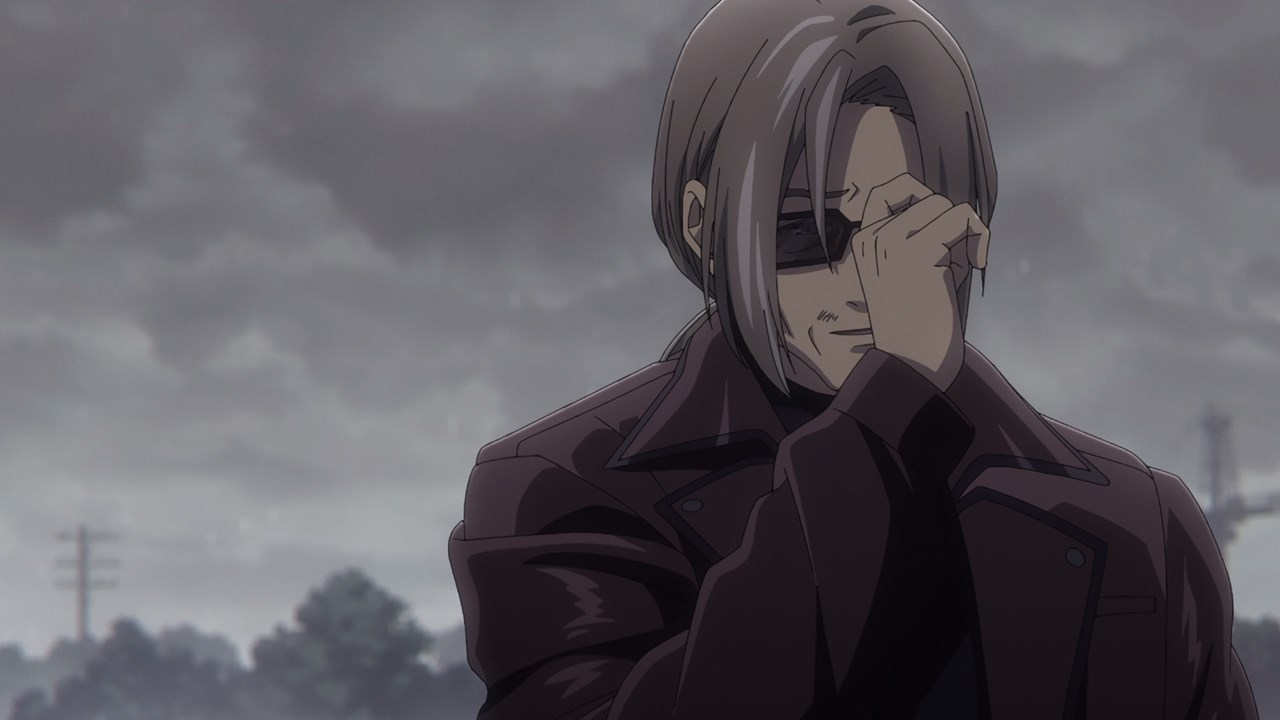 As for Lev Aldrecht, it seems that he and his maintenance crew will say goodbye to those kids, although Lev is still worried that Shin would wreck the legs of his Juggernaut.

I have to say that despite being the nasty sergeant he is, Lev Aldrecht really cares for his soldiers especially the non-Albans who fight and survive. 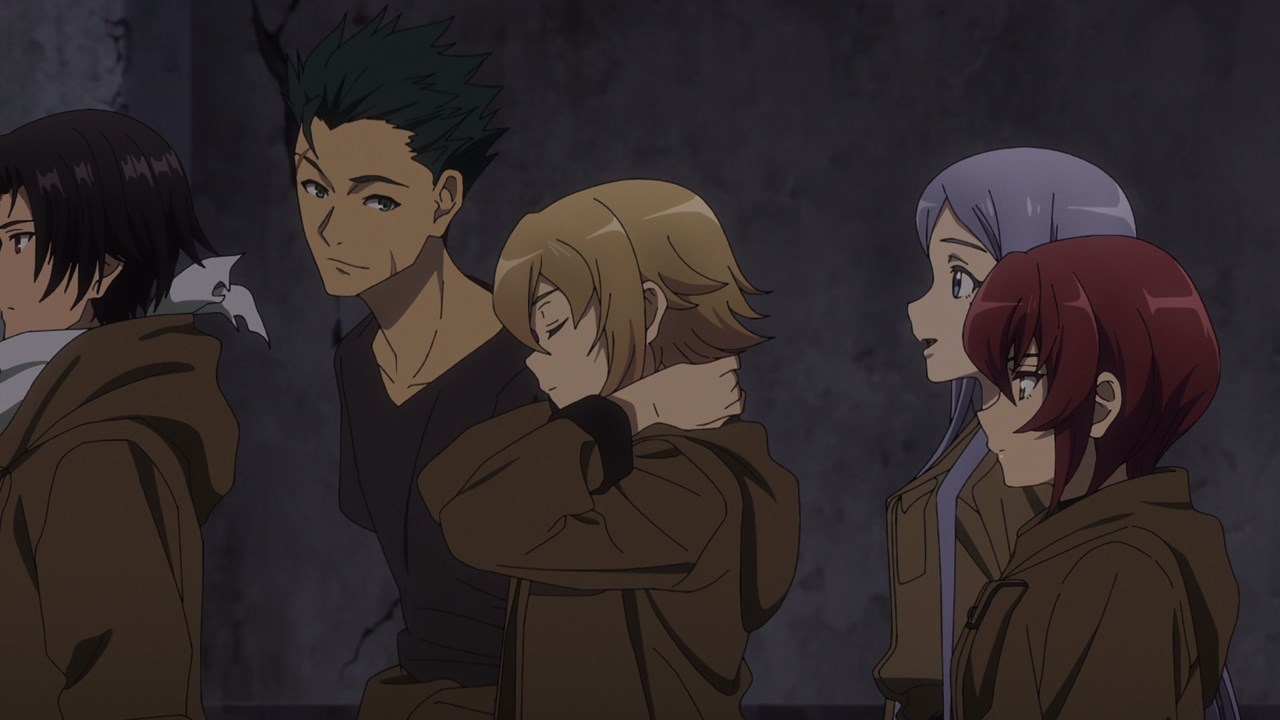 Speaking of the Spearhead Squadron, it’s hard to see that the squadron went from 22 or 24 soldiers to just 5, which worries me a lot as a small group of non-Alban Processors will certainly die in a suicide mission against the Empire of Giad. 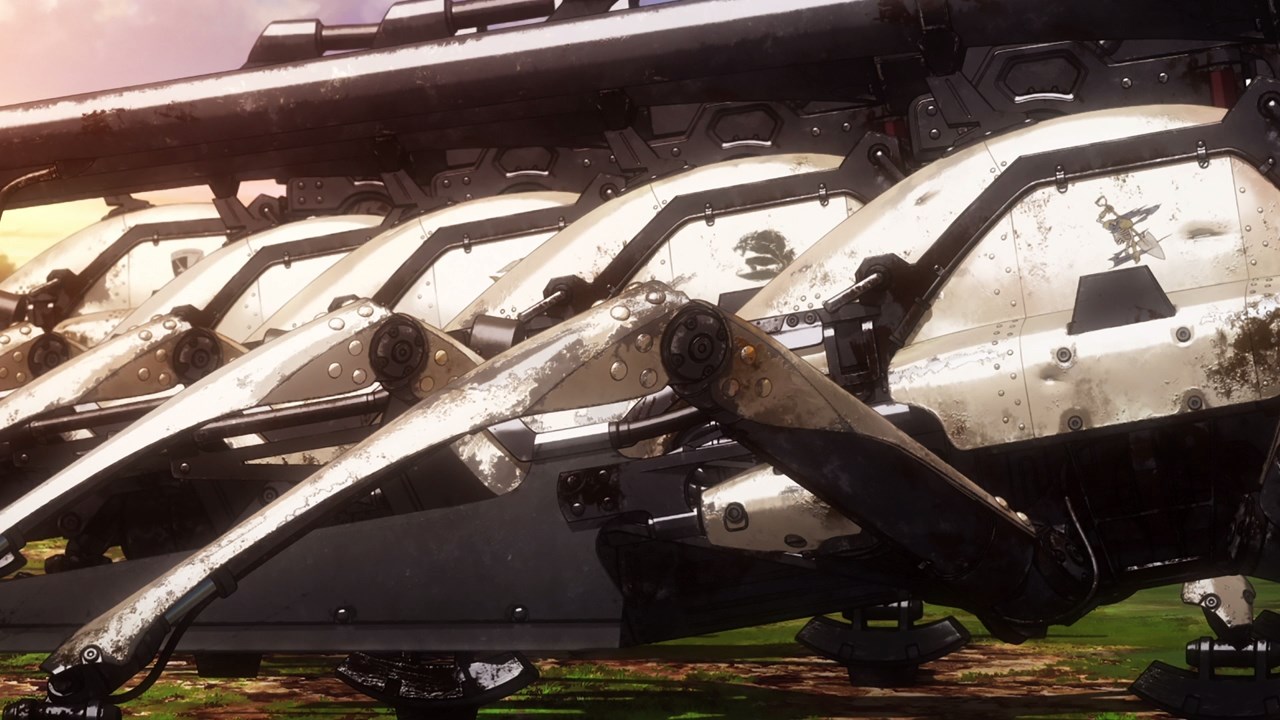 But you know what, the Undertaker will take his surviving comrades wherever he goes. I’m hoping that they’ll defy their fate and live to see another day. 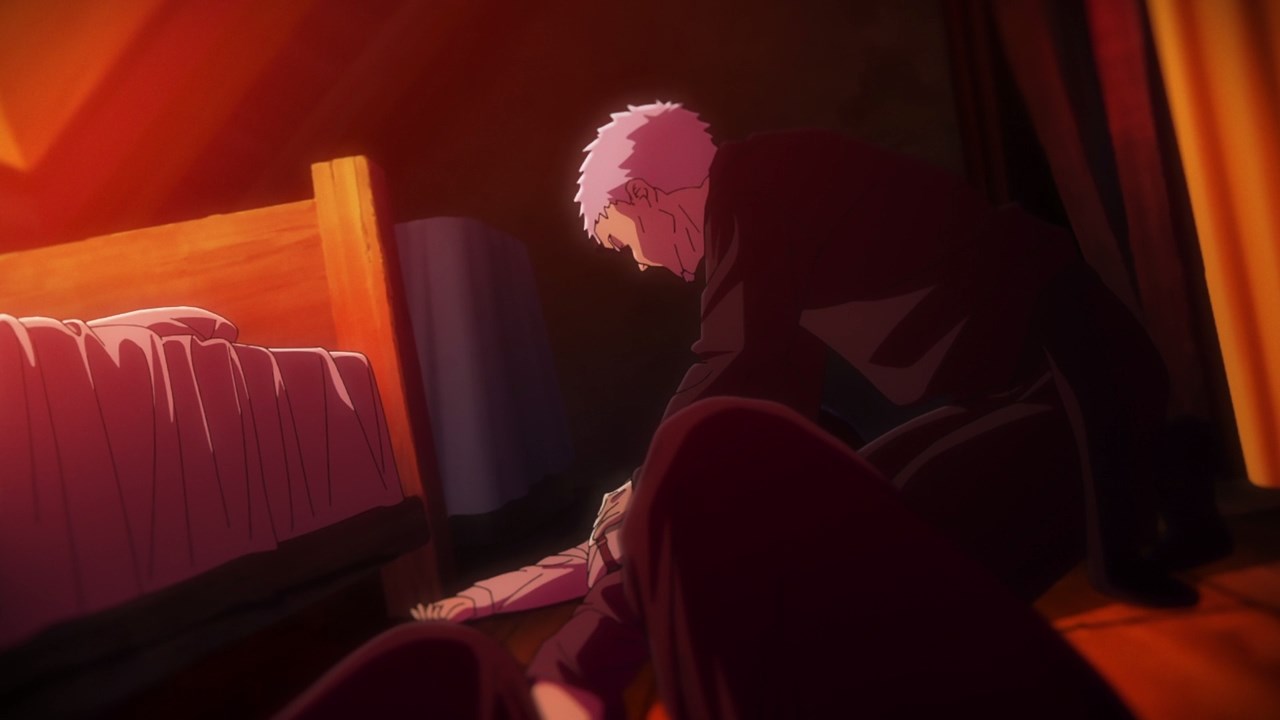 One last thing, here’s Shourei Nouzen where lost control of his temper and attempts to strangle Shinei after finding out that their parents were killed in combat.

Luckily, a mysterious Alban managed to resuscitate Shinei Nouzen, although thing would play out differently should Shourei killed his own brother on that day. 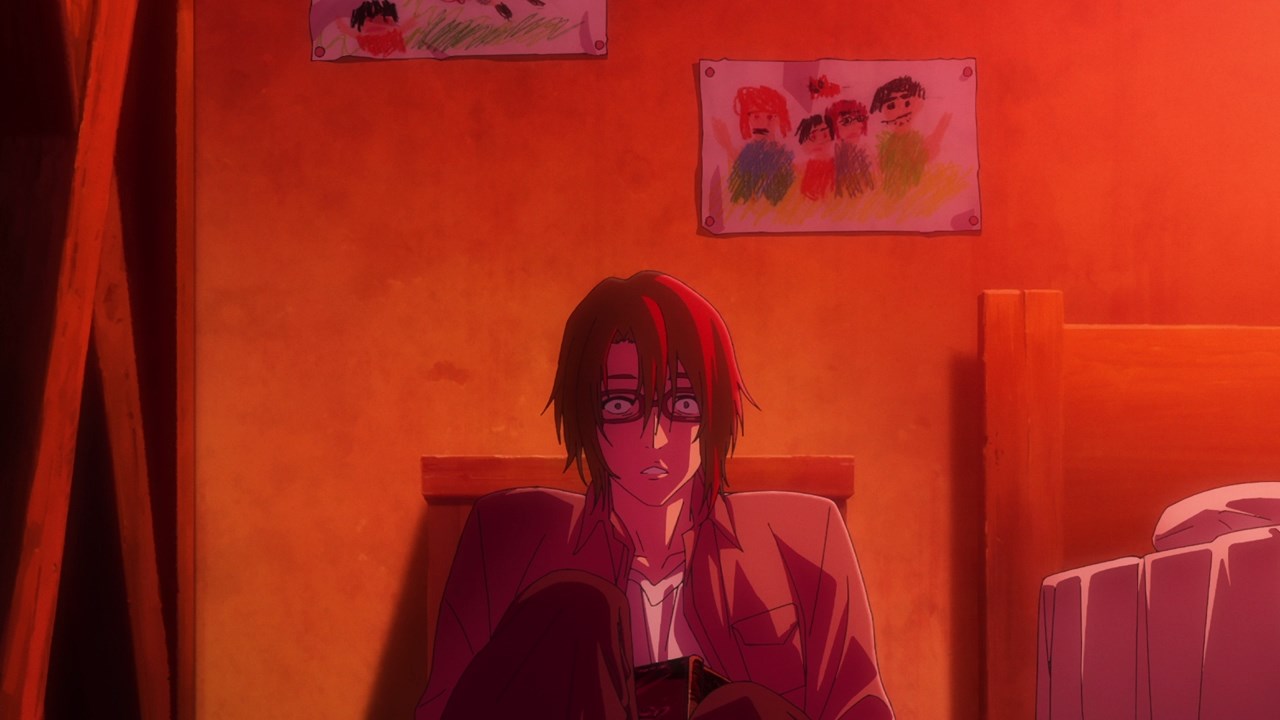 But speaking of Shourei Nouzen, he really regretted on strangling Shinei that he decides to die in battle. 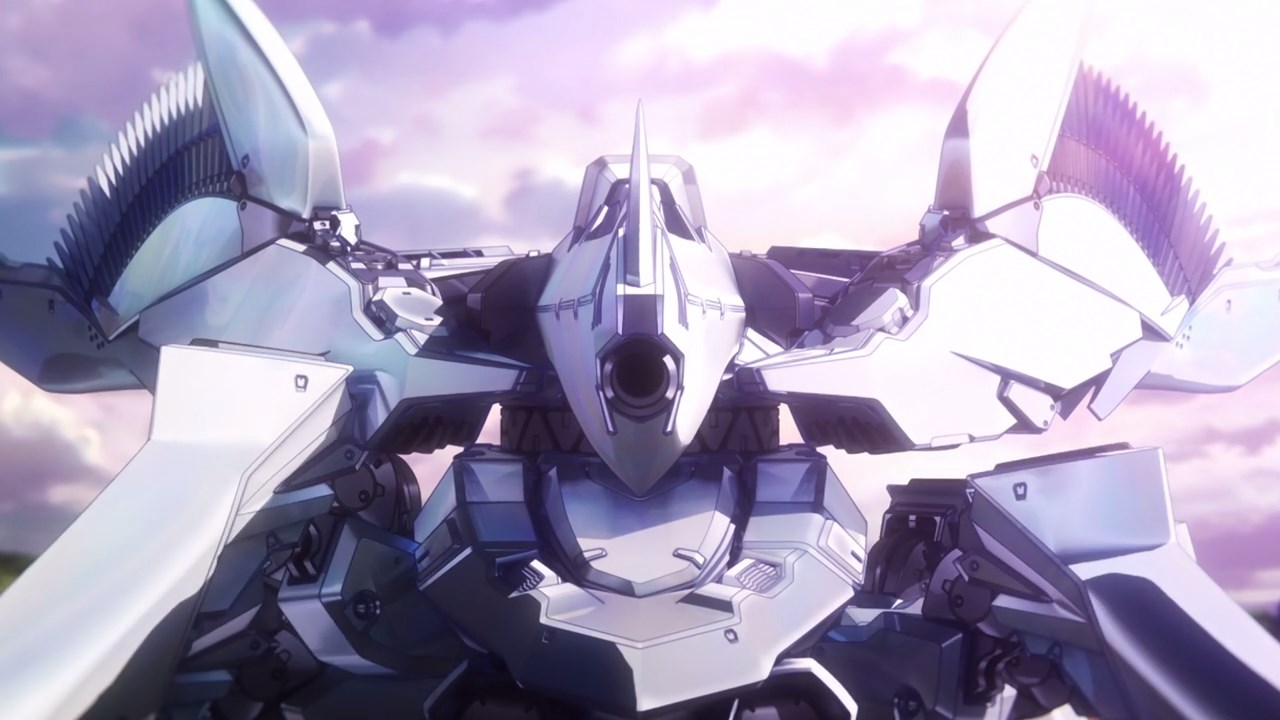 Of course, his severed head is captured by Giad forces and put it inside a brand-new Legion where it serves as the commander or Shepherd.

With that said, looks like Shinei will have to put his brother to rest on the next episode as the Spearhead Squadron will commence their final mission.