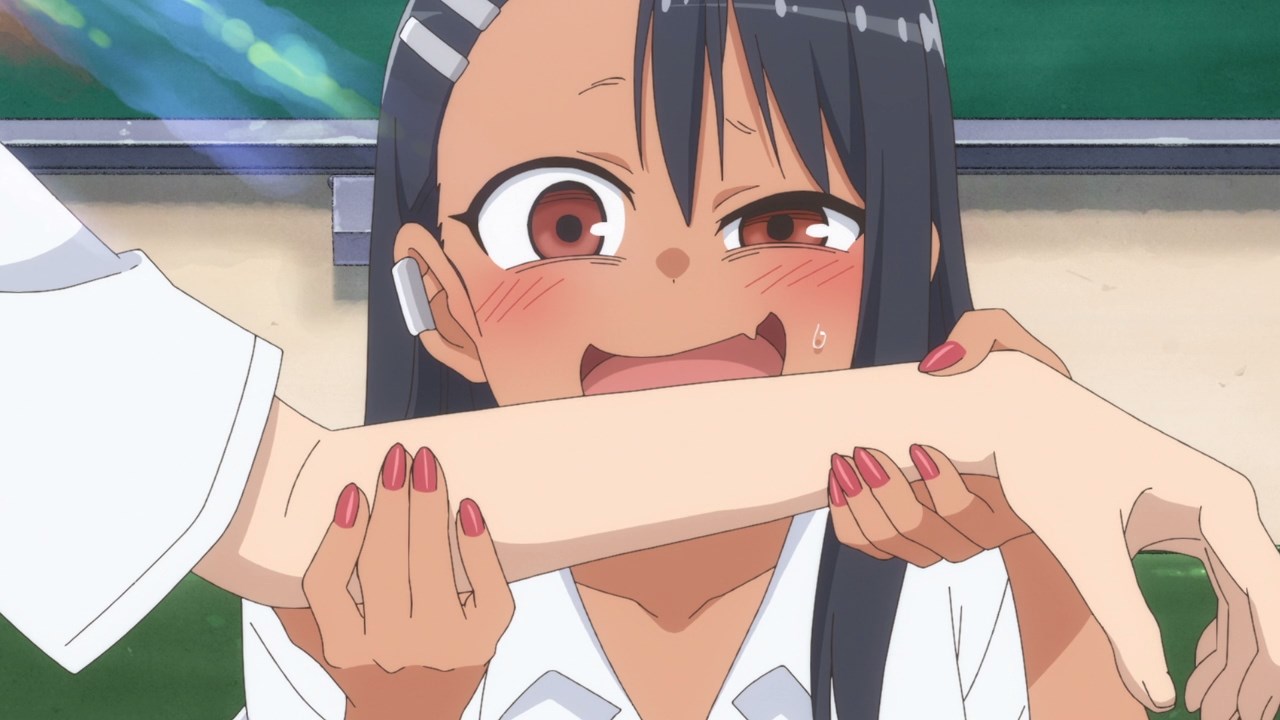 Let’s start this episode with Hayase Nagatoro where she mocks her nameless upperclassman for having thin muscles.

C’mon, Mr. Sempai is not the athletic-type after all as he spends time painting pictures at the art club. 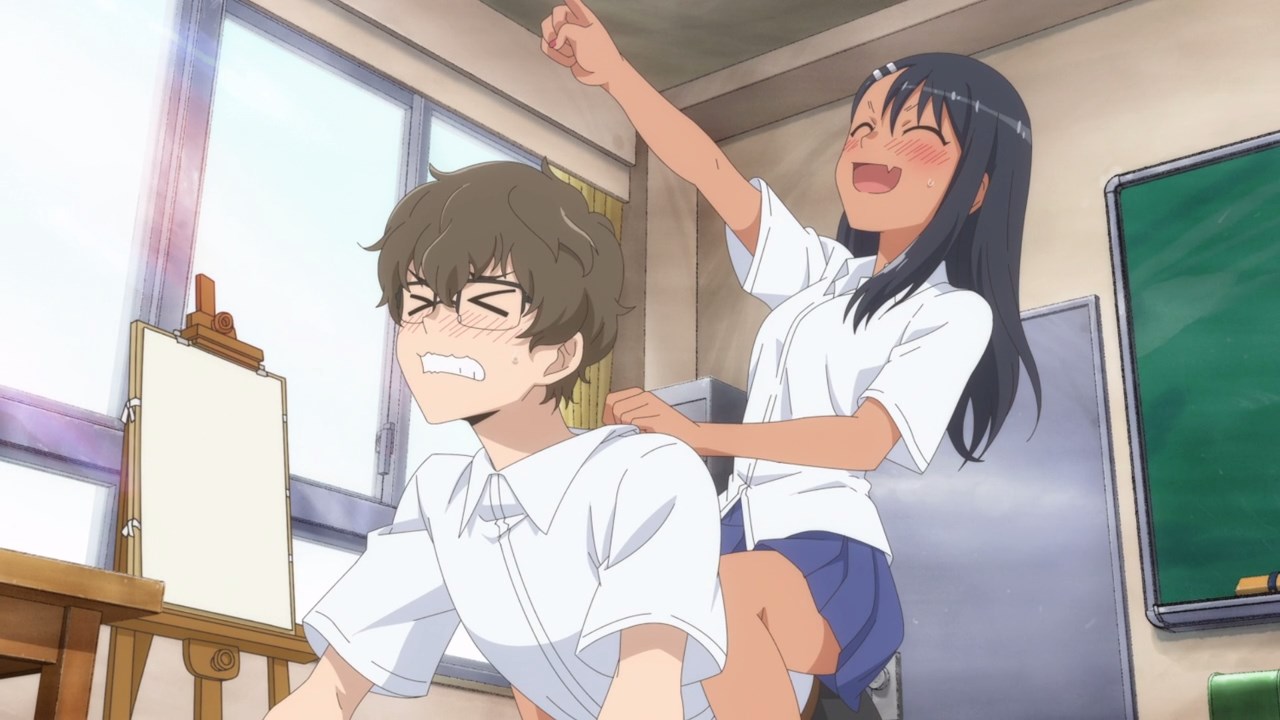 Thus, Nagatoro-san decides to ride on Sempai’s back as she wants him to grow his muscles, although let’s just say that Nagatoro is dominating him. I’m hoping that no one will see them. 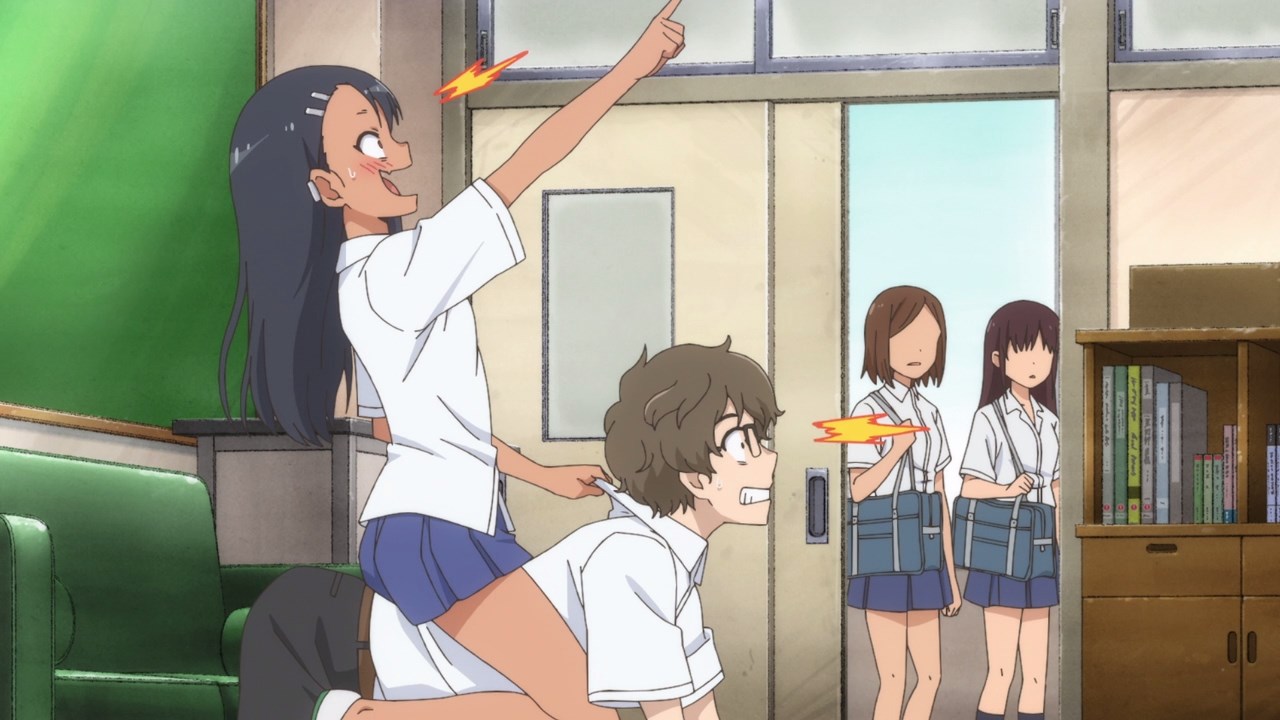 Except that the jig is up the moment these two classmates saw Sempai and Nagatoro-san playing horse. I think Nagatoro should close the door first. 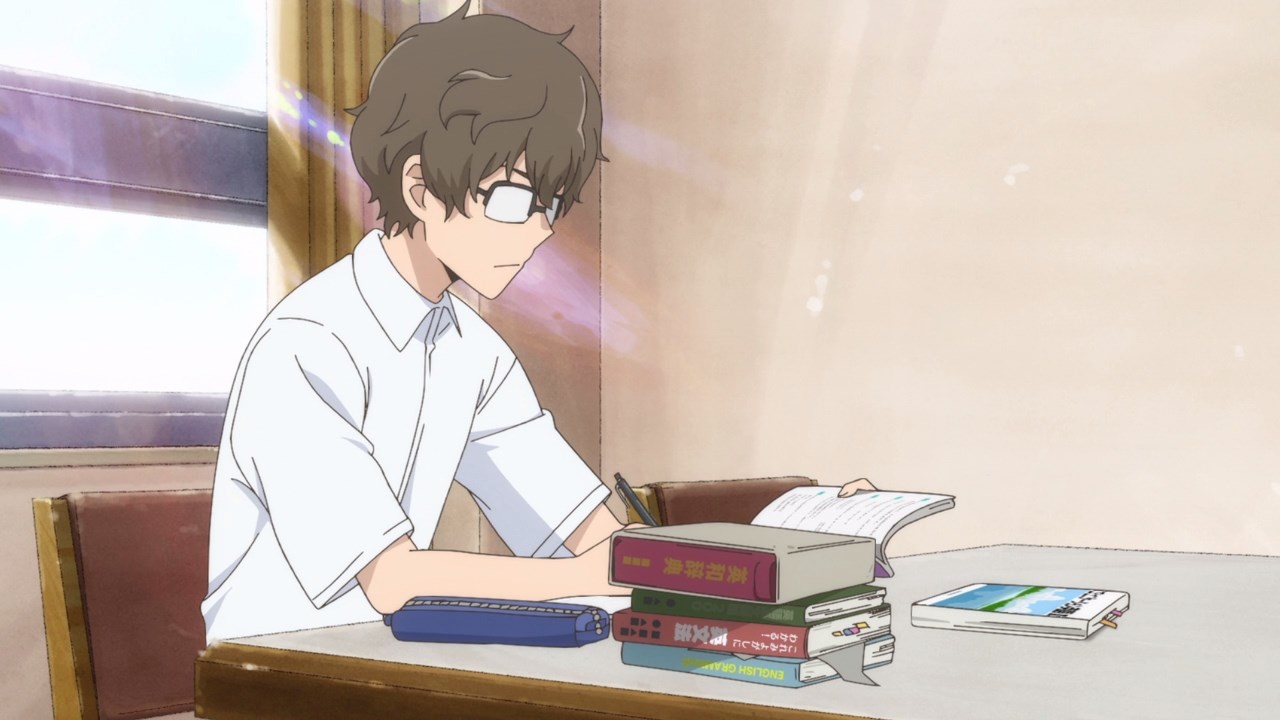 Meanwhile, here’s the nameless protagonist where he’s currently studying for his midterm tests. Should he failed the midterms, Mr. Sempai might repeat a year. 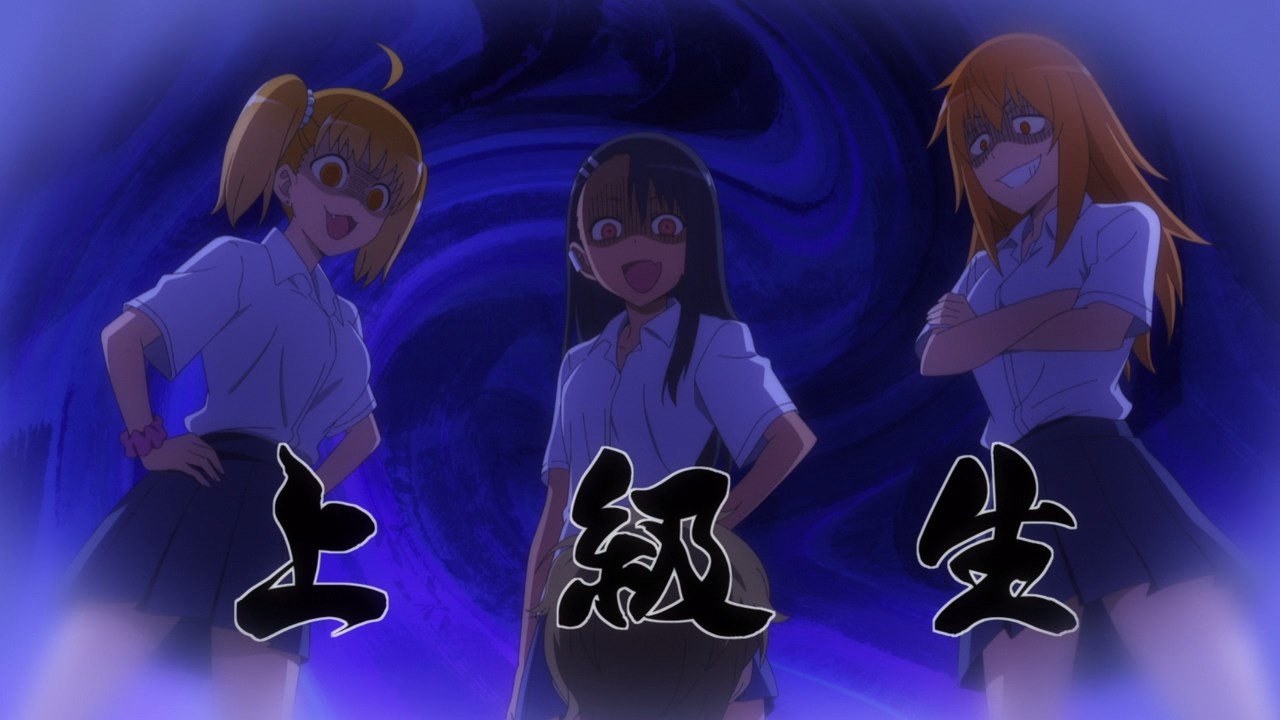 Worst of all that if he flunk the test in every school year, Mr. Sempai might become Mr. Ex-Sempai as Nagatoro-san and her friends might become upperclasswomen. Scary as hell! 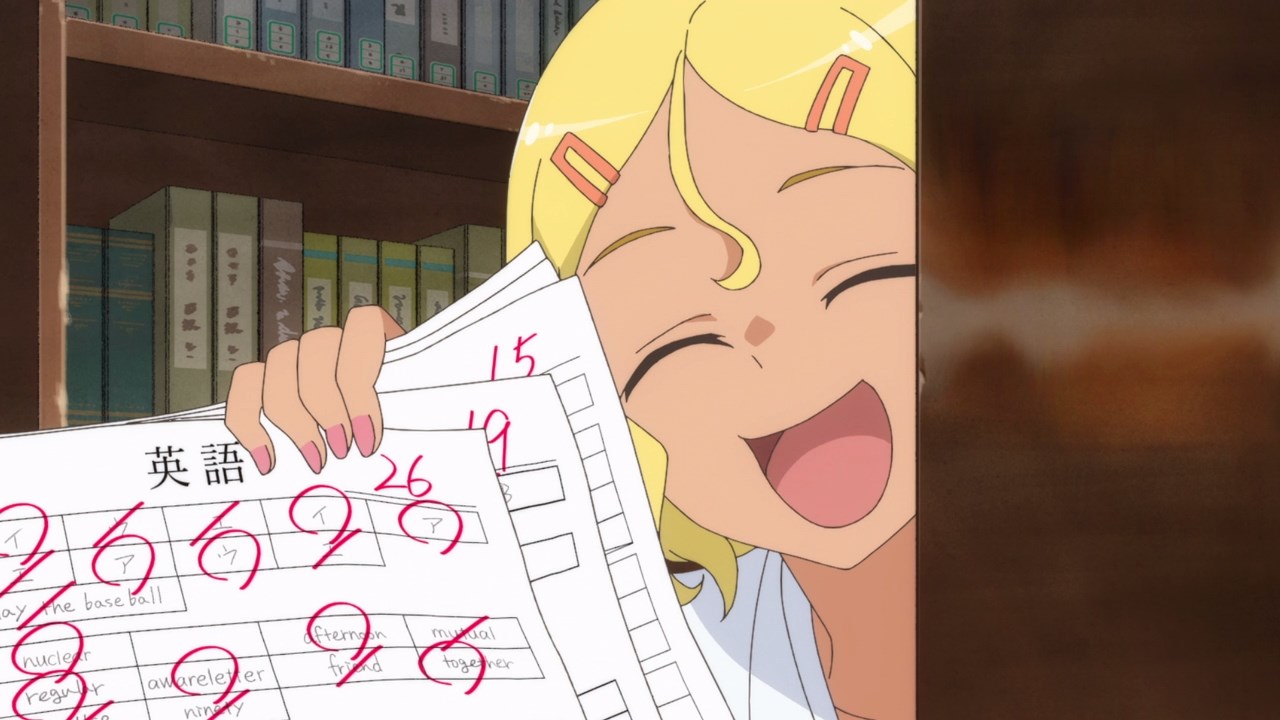 Of course, there’s some silver lining as Sakura told the bean sprout protagonist that both Gamo-chan and Yosshi have bad grades that they need to take remedial classes.

As for Nagatoro, she’s a diligent student in which Hayacchi got good grades on top of being a two swimmer. Basically, her gyaru friends are in danger of repeating a school year. 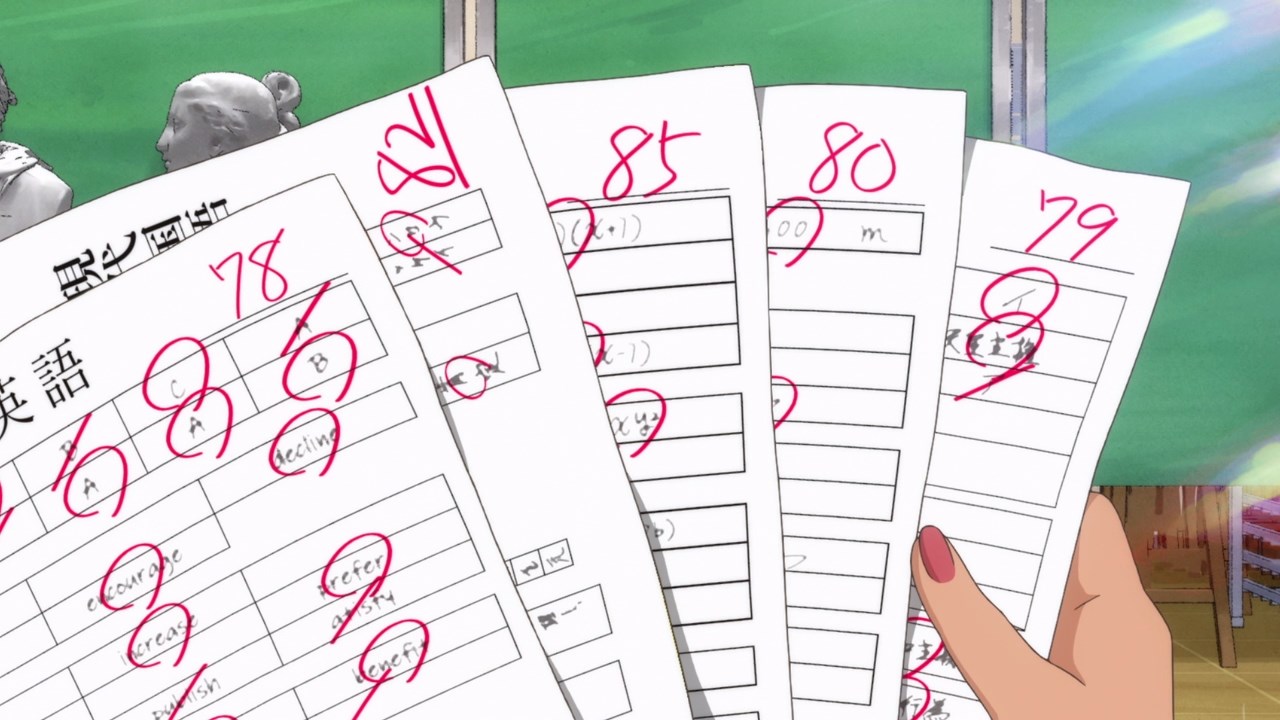 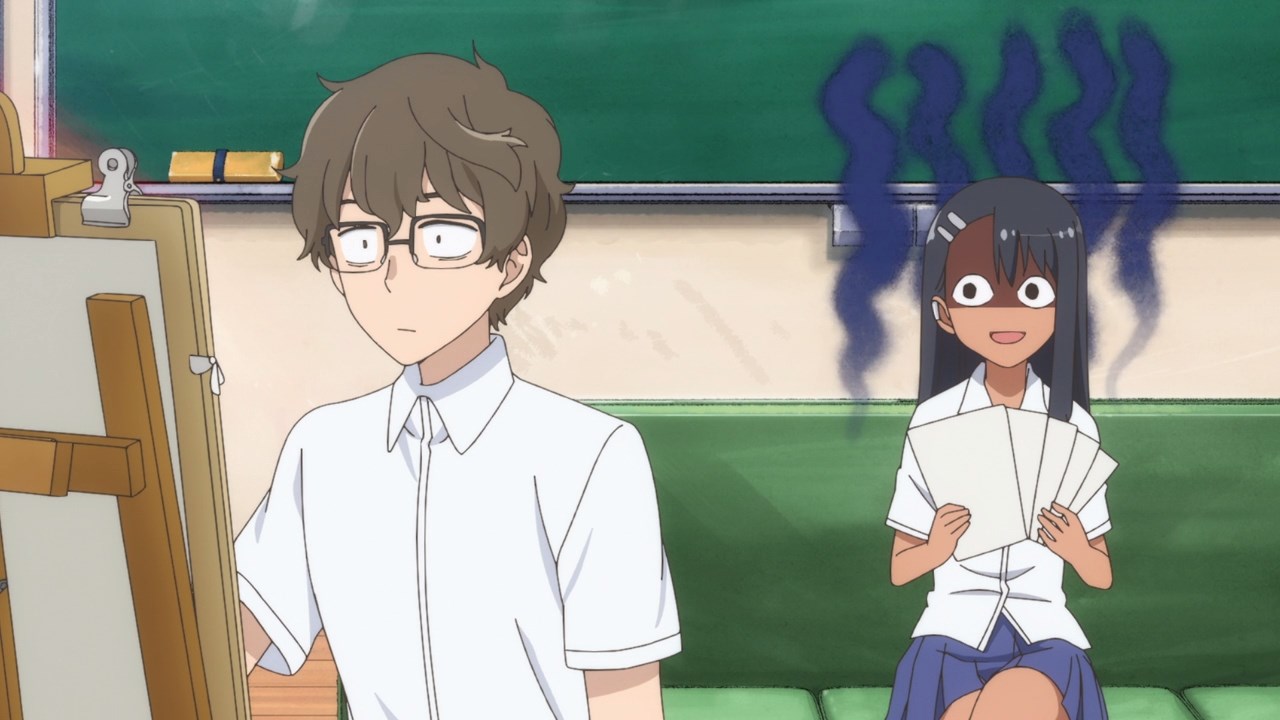 With that said, looks like Mr. Sempai managed to get decent grades in the midterms exam, although Nagatoro is disappointed that she wants her bean sprout upperclassman to fail so she can tease him as Mr. Ex-Sempai. 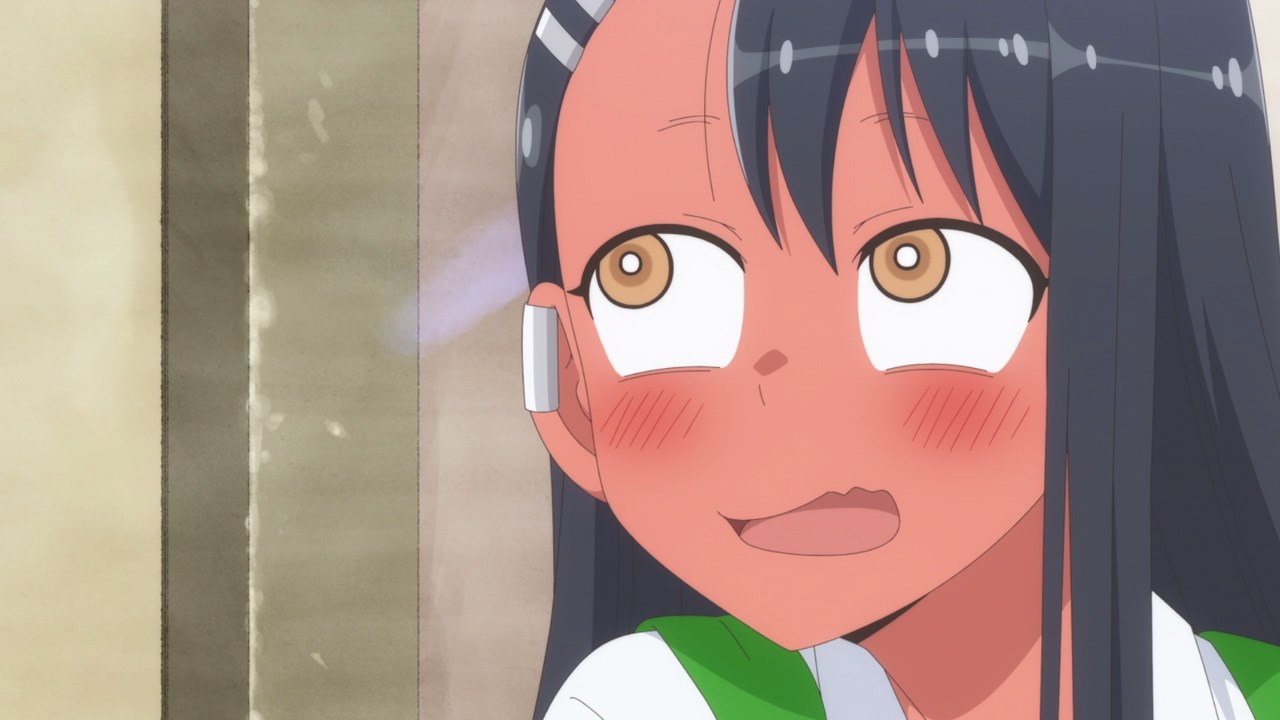 Now let’s move onto the next scene where Hayase Nagatoro heard someone moaning inside the classroom. Oh I bet that someone is doing lewd things there. 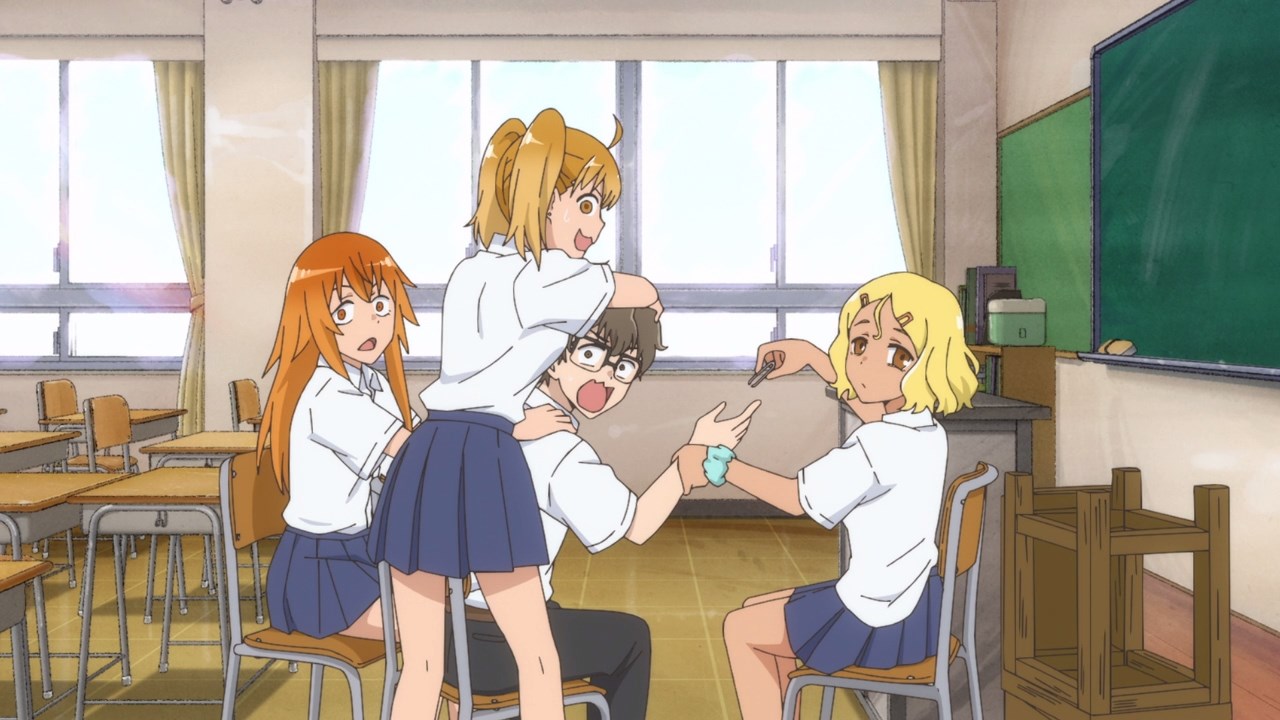 Except that it turns out to be Mr. Sempai where he’s being ganged-up by Nagatoro’s gyaru friends… 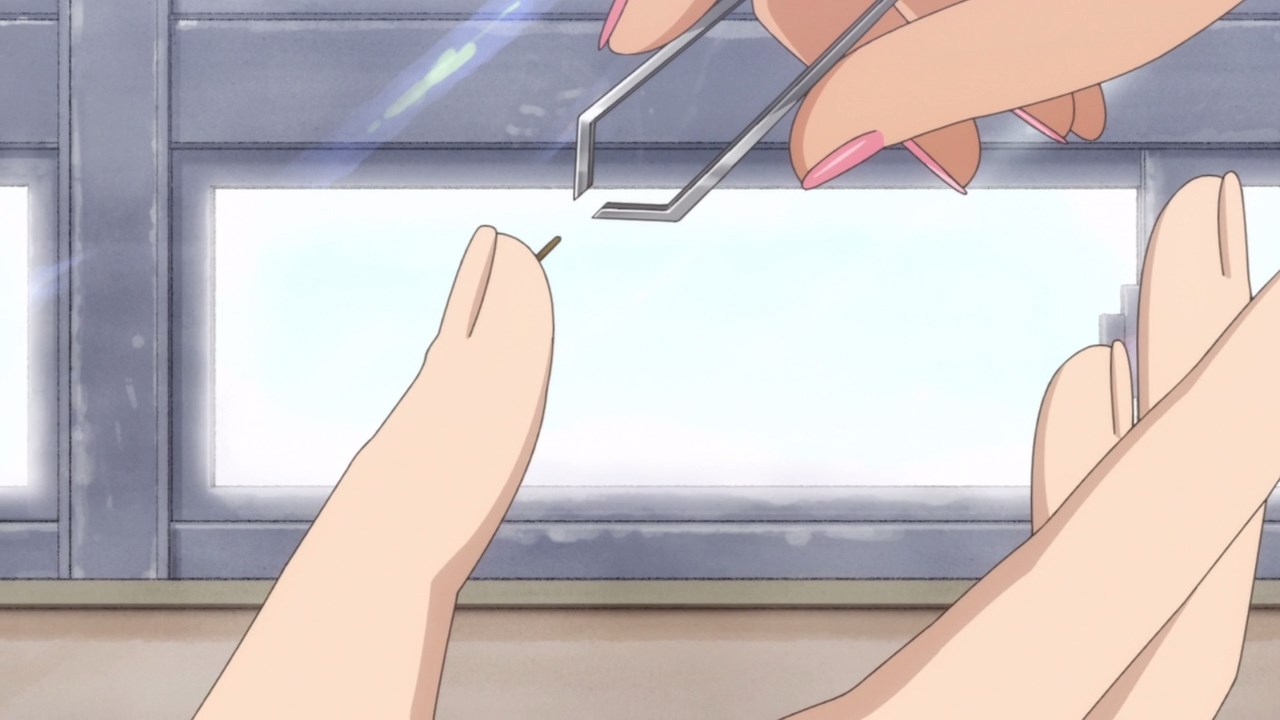 …over a freakin’ splinter in which the nameless uppperclassman got stung by it. This is ridiculous! 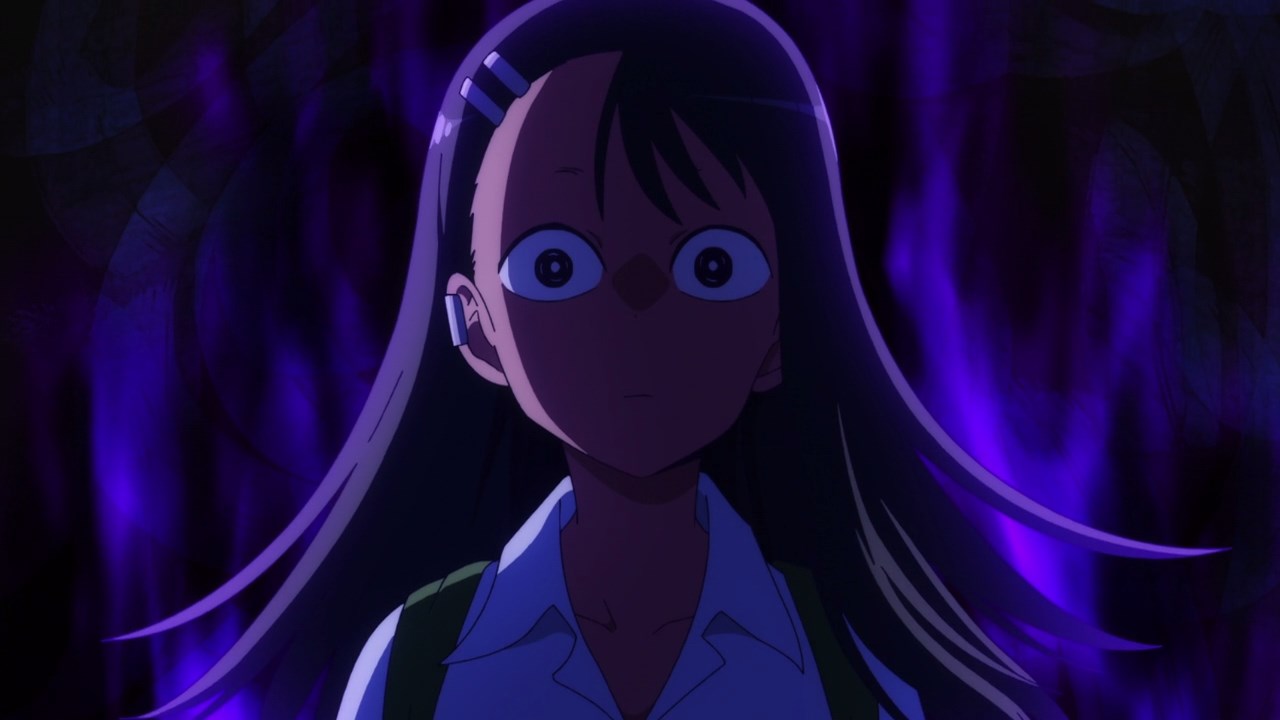 But for Nagatoro however, the fact that her pet was surrounded by gyarus is unacceptable. Damn, Hayacchi is fuming mad right now! 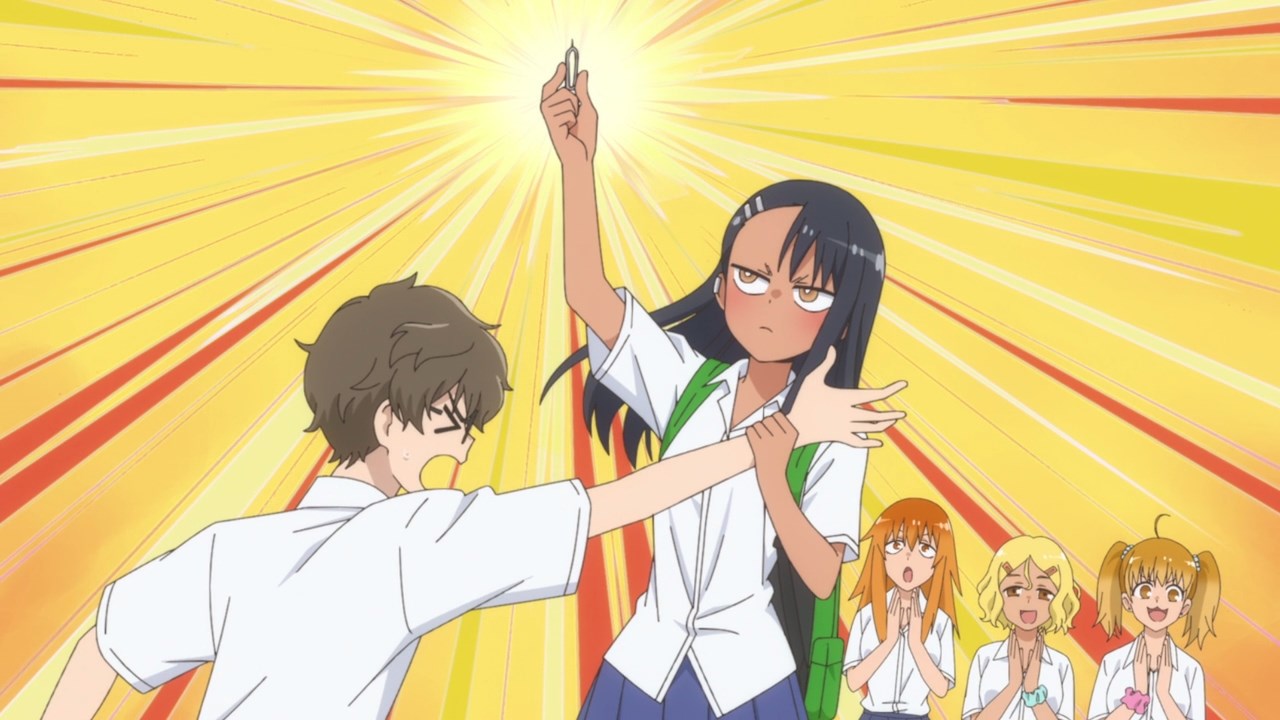 Anyways, Hayase Nagatoro took out the splinter from Sempai’s finger by herself. C’mon, she’s the only one who can touch him after all. 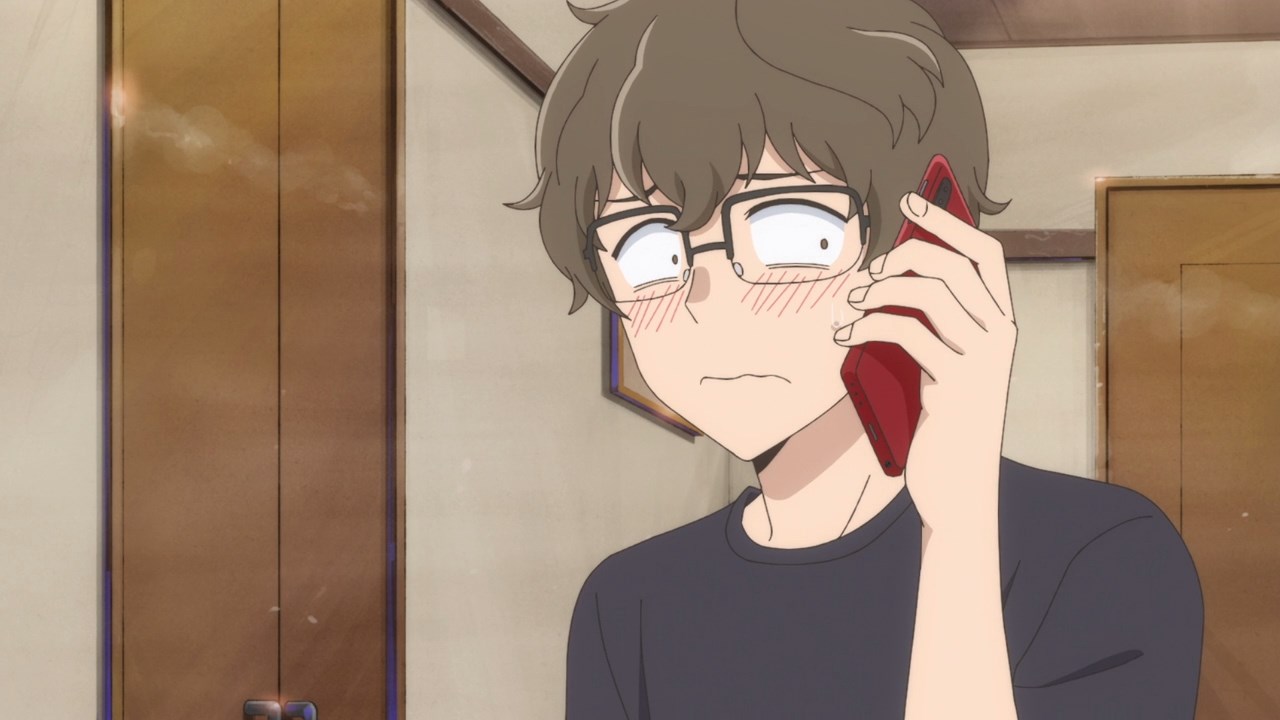 One last thing, looks like our weak protagonist got a call from Nagatoro at this hour… 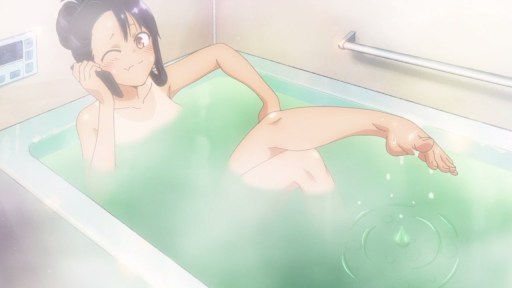 …in which she’s currently taking a bath. Of course, Hayase Nagatoro mocks Sempai for being a pervert as she’s baiting him for seeing her tanned body. 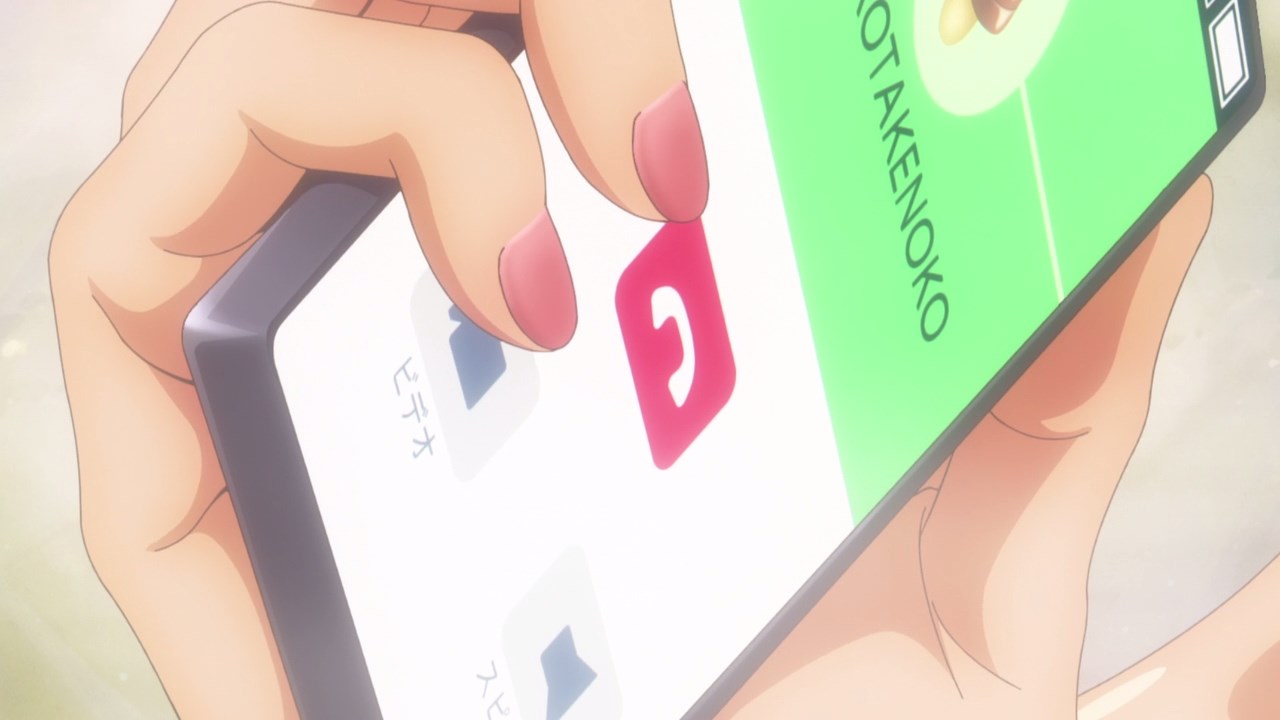 Except that Nagatoro-san accidentally press the video call button. What a big mistake there! 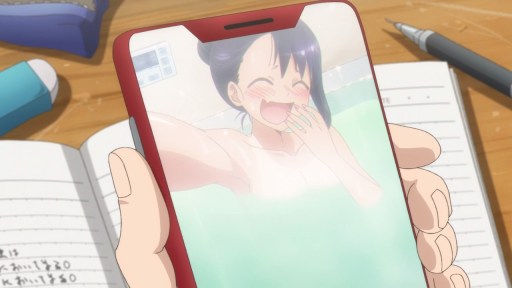 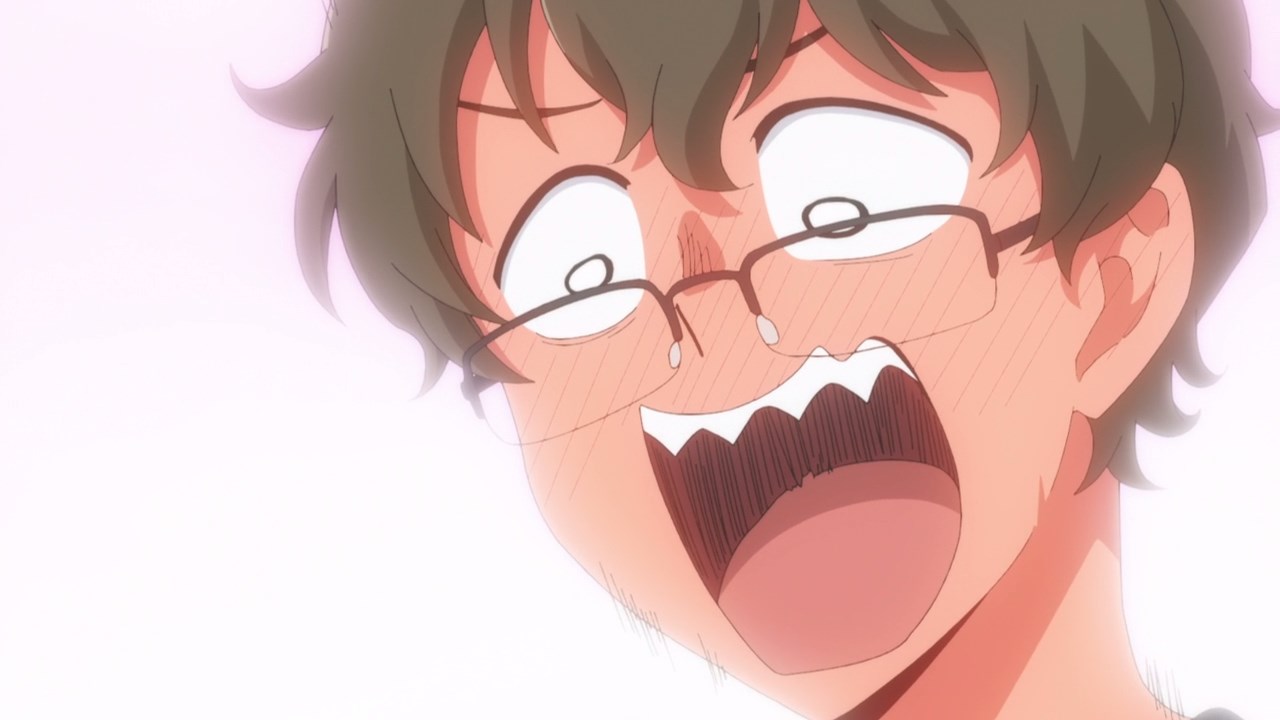 In any case, Sempai saw Nagatoro’s naked (and tanned) body on his phone, although he’s really embarrassed to see it. C’mon Sempai, don’t be a wuss and savor it! 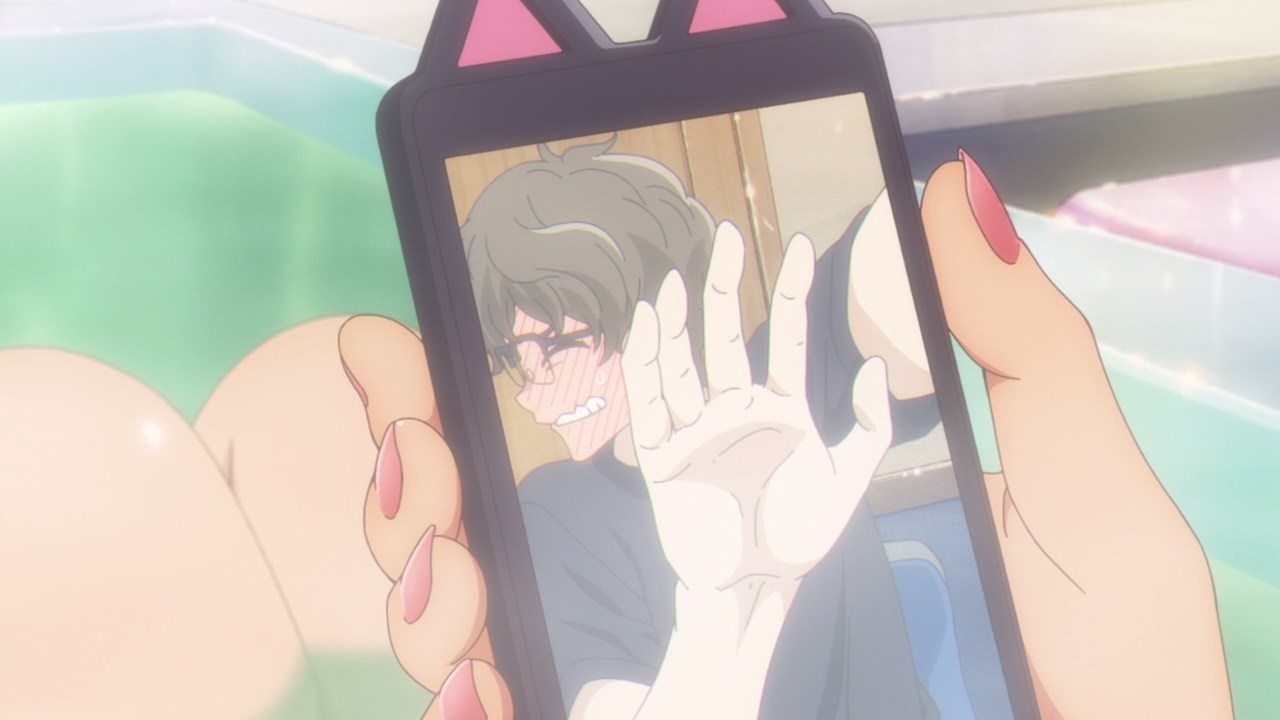 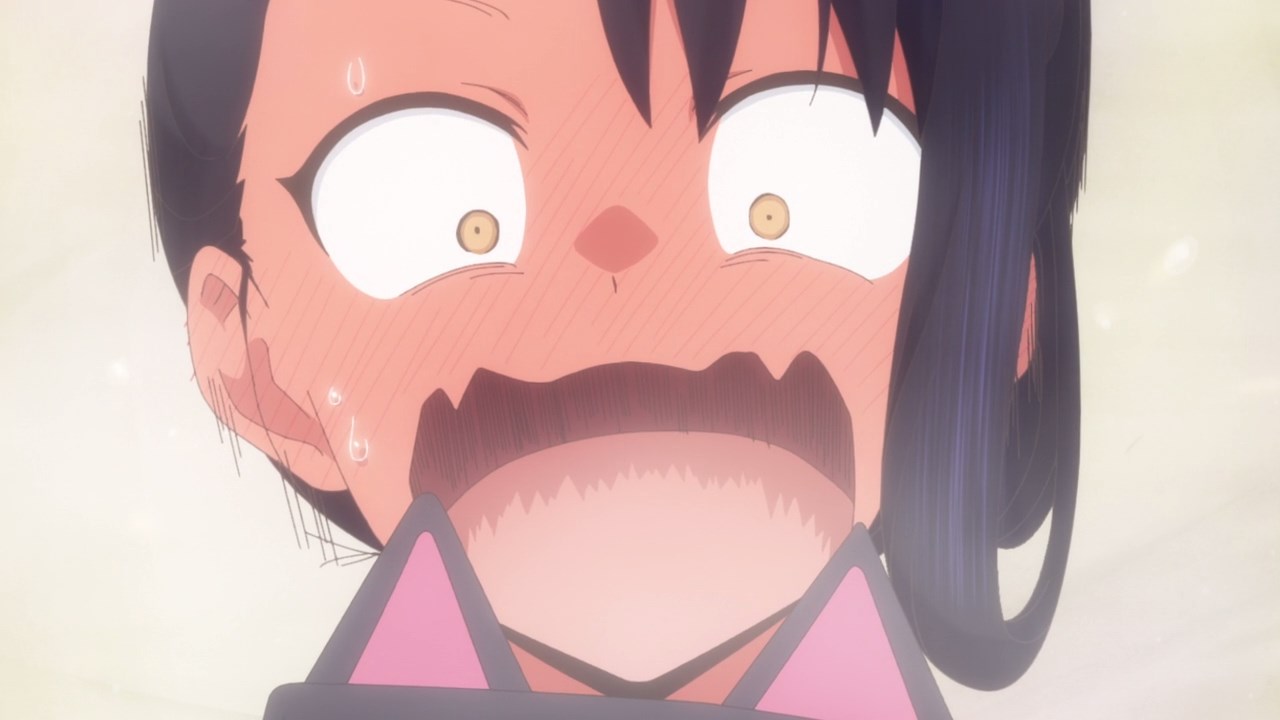 But for Hayase Nagatoro however, looks like she realize her mistakes and truly regretted it on letting her spineless senior saw her naked body. Anyways, see ya next time!