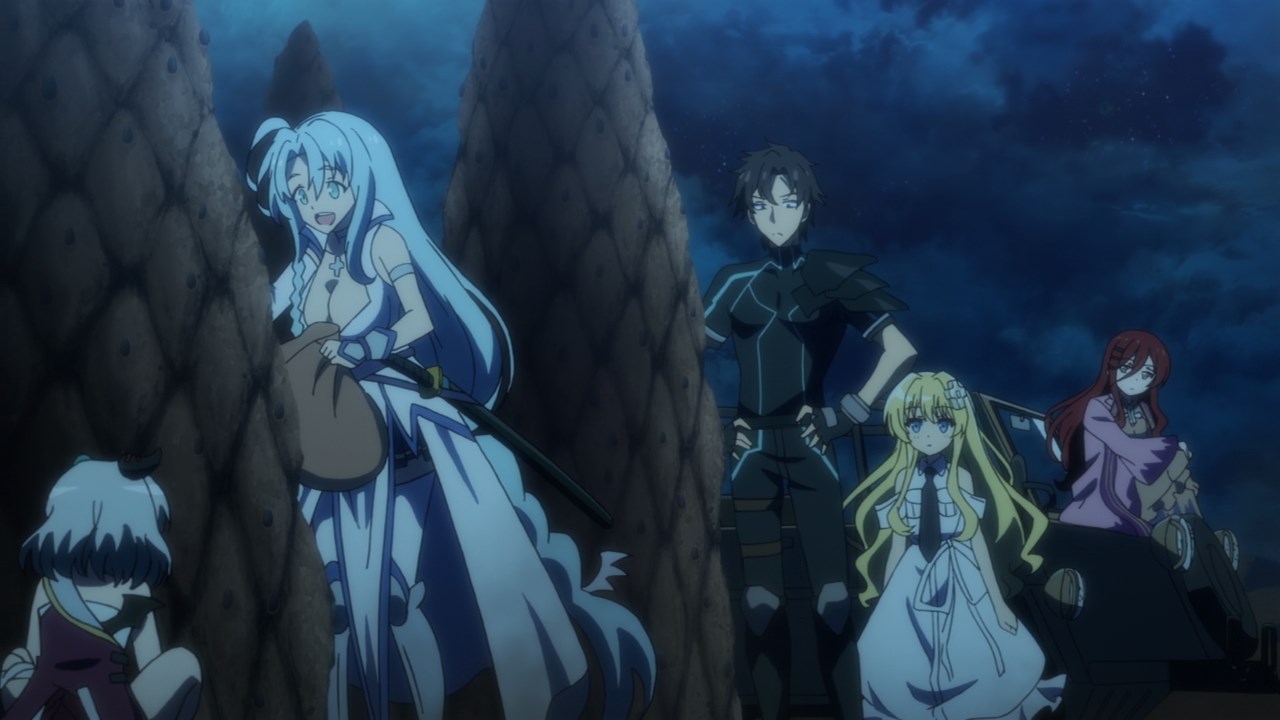 Well everyone, it’s time for Combat Agent No. 6 and his companions to harvest water nuts as it’s essential to secure the kingdom’s water supply. 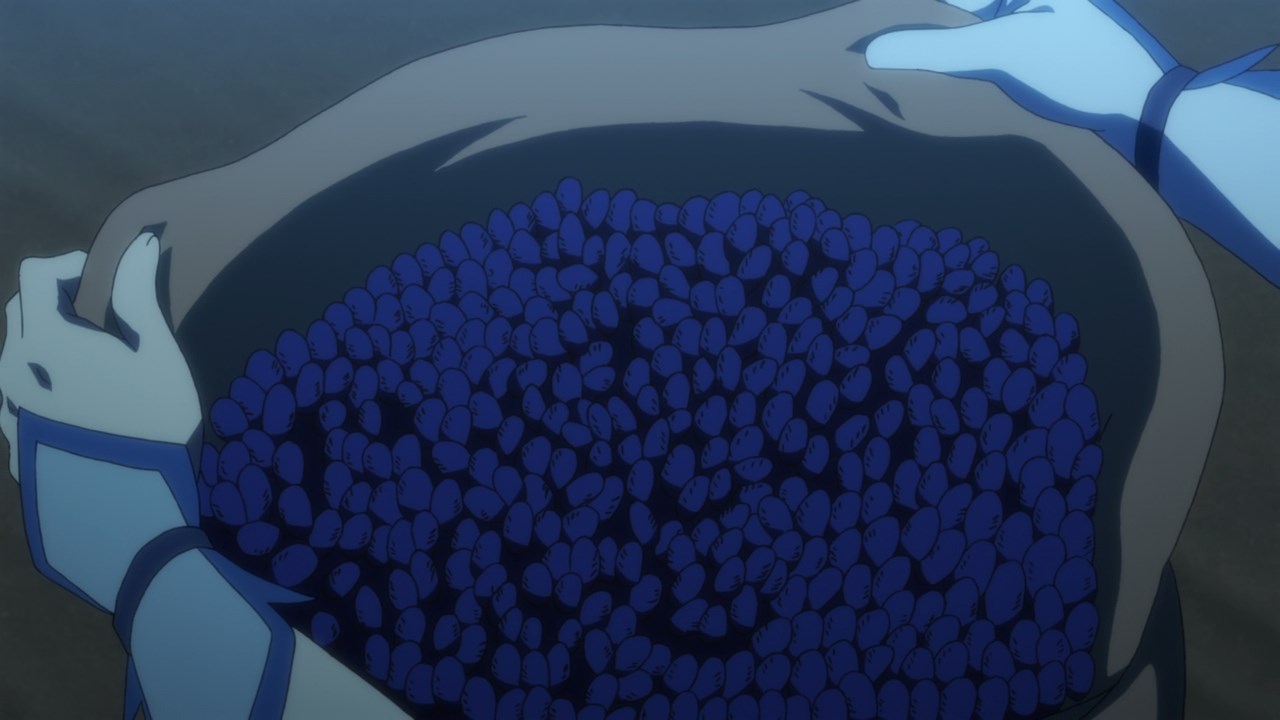 And while a sack full of nuts will give the kingdom a few months of water supply, I think it’s best if Alice Kisaragi fixes the weather control machine even if it means buying parts from Kisaragi Corporation, using evil points of course. 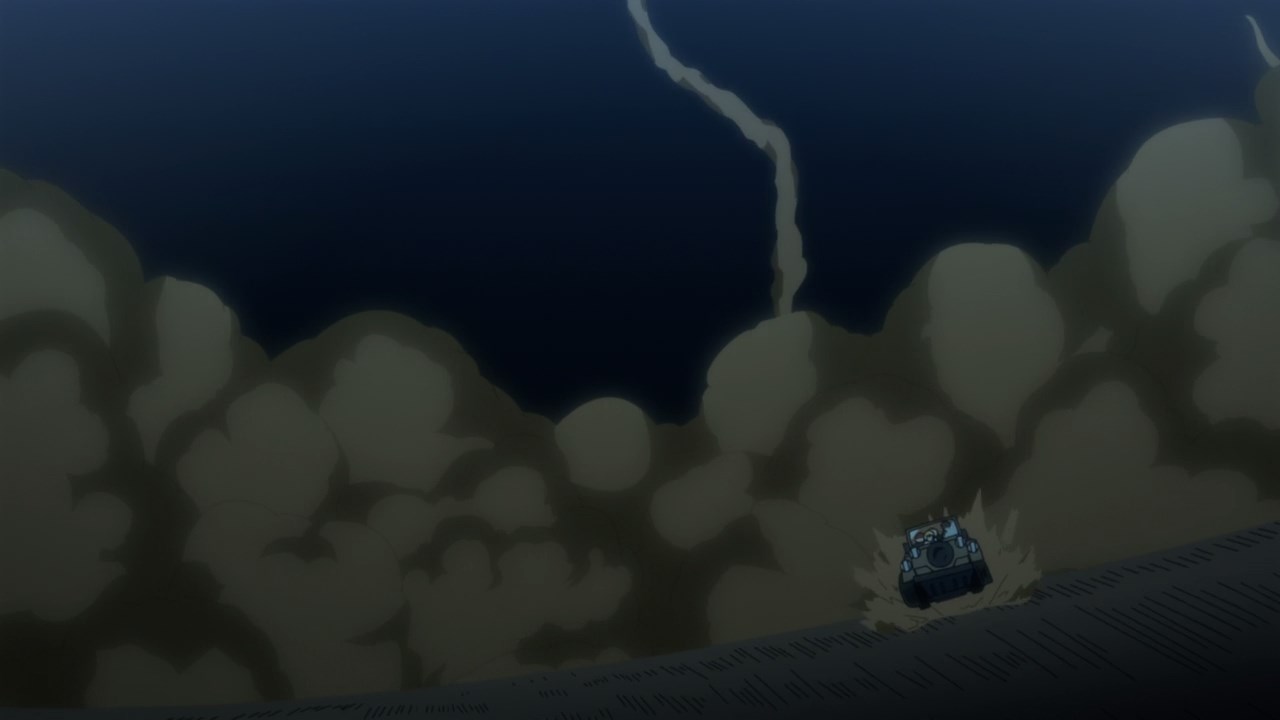 Unfortunately, No. 6 and his buddies will make their escape as the Sand King has finally arrived… 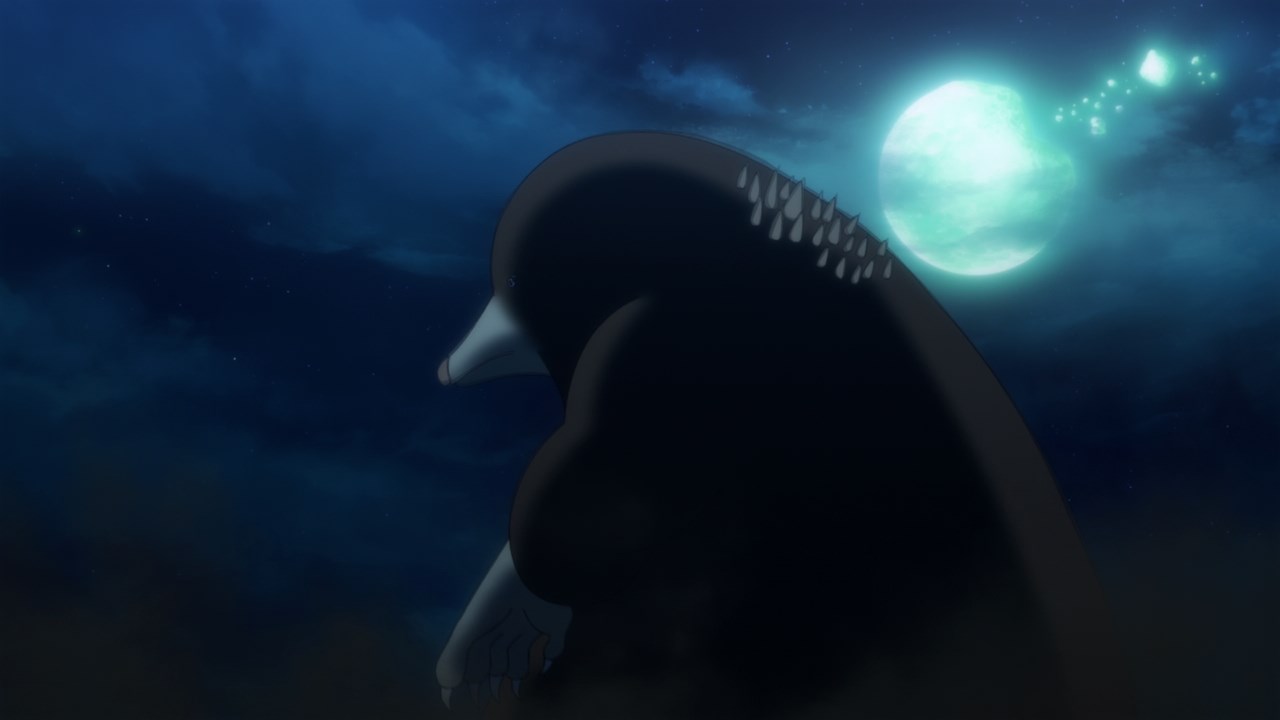 …where it happened to be this giant mole with trees growing on its back. Wait, don’t tell me that those water nuts came from the Sand King itself? 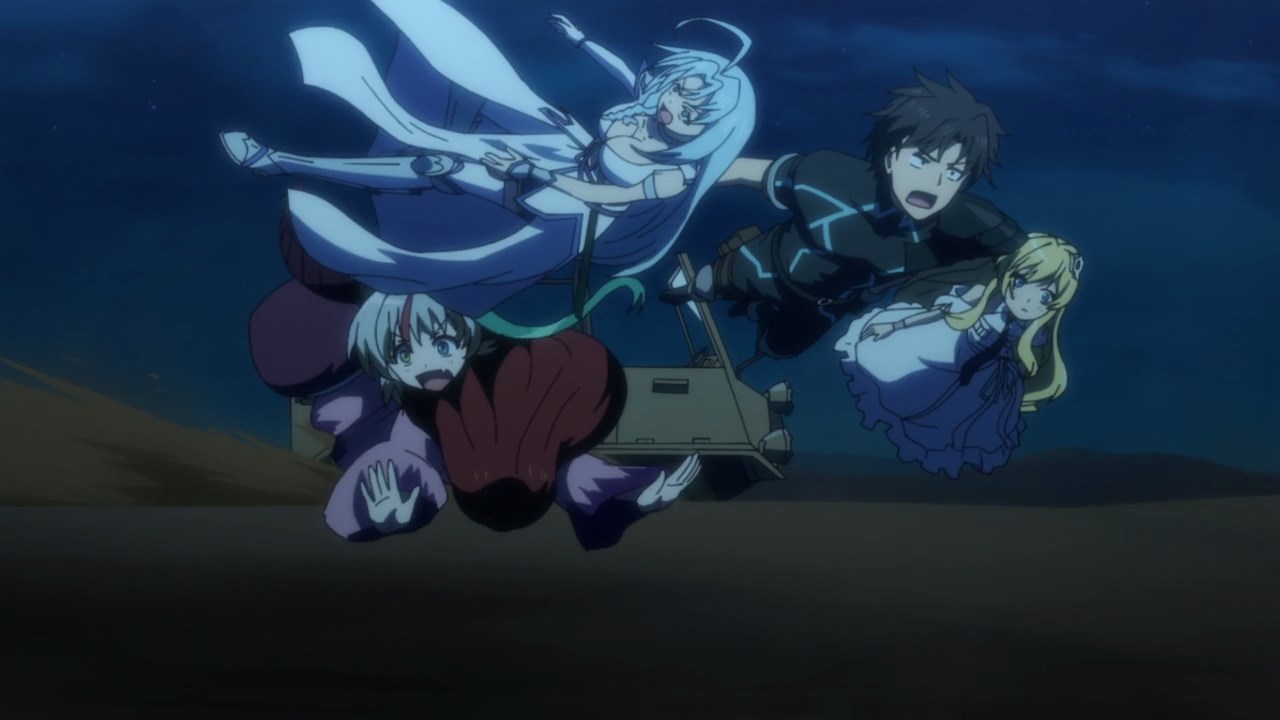 Sadly, No. 6 and his buddies lost the water nuts upon abandoning their jeep.

I guess they don’t want to be eaten by the Sand King but the worse part is they don’t have a way to get back home, not even having enough evil points to buy another jeep. 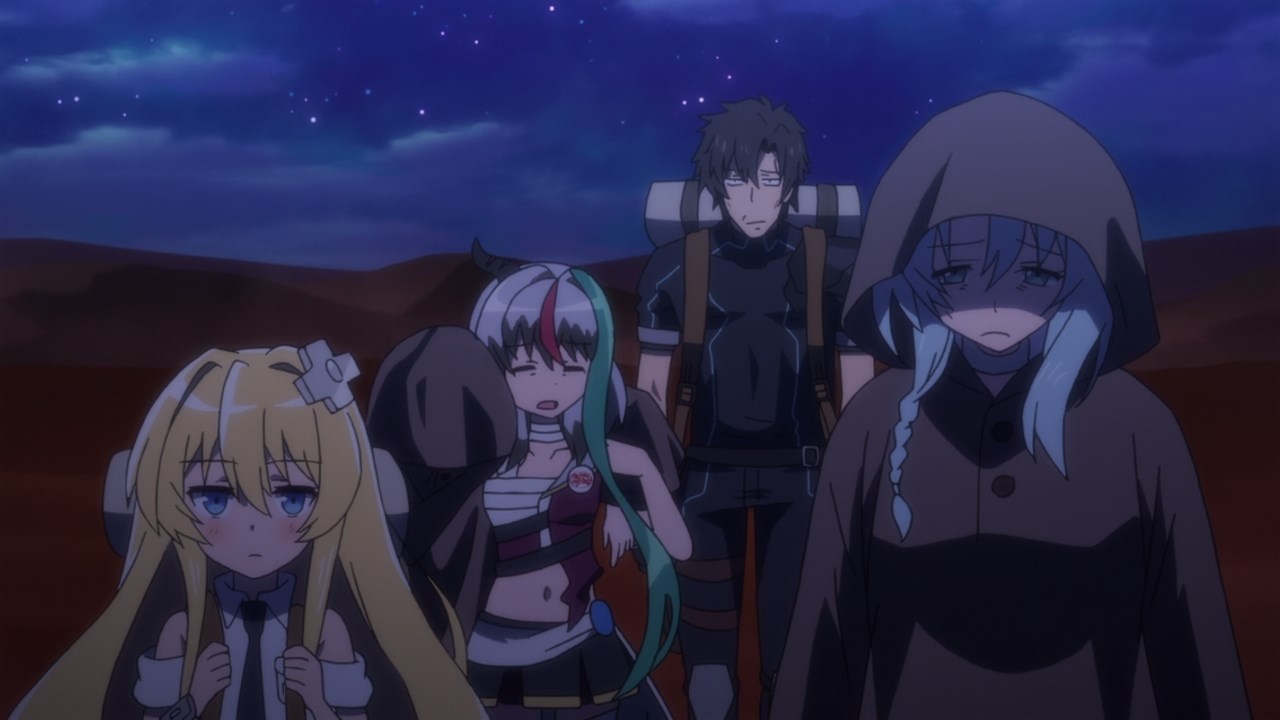 And so, everyone are walking aimlessly for a week as they don’t have everything to eat nor drink. They have a tent to sleep on, but that’s it for their supplies. 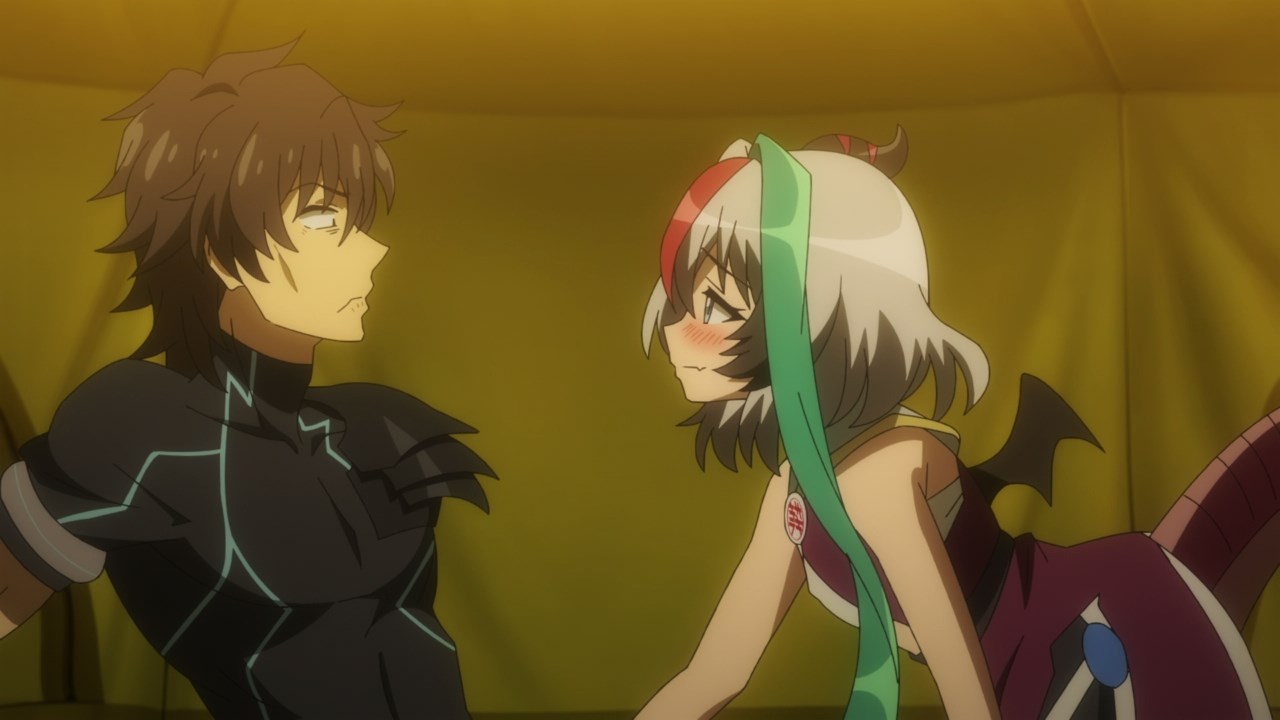 Unfortunately, things took a turn for the worse where their they lose their sanity to the point that Rose is about to pounce No. 6.

Oh boy, she’s getting desperate, although the combat agent thinks that Rose wants to have sex with him. Then again, it’s illegal according to the company’s poli- Fuck it, No. 6 wants to do it! 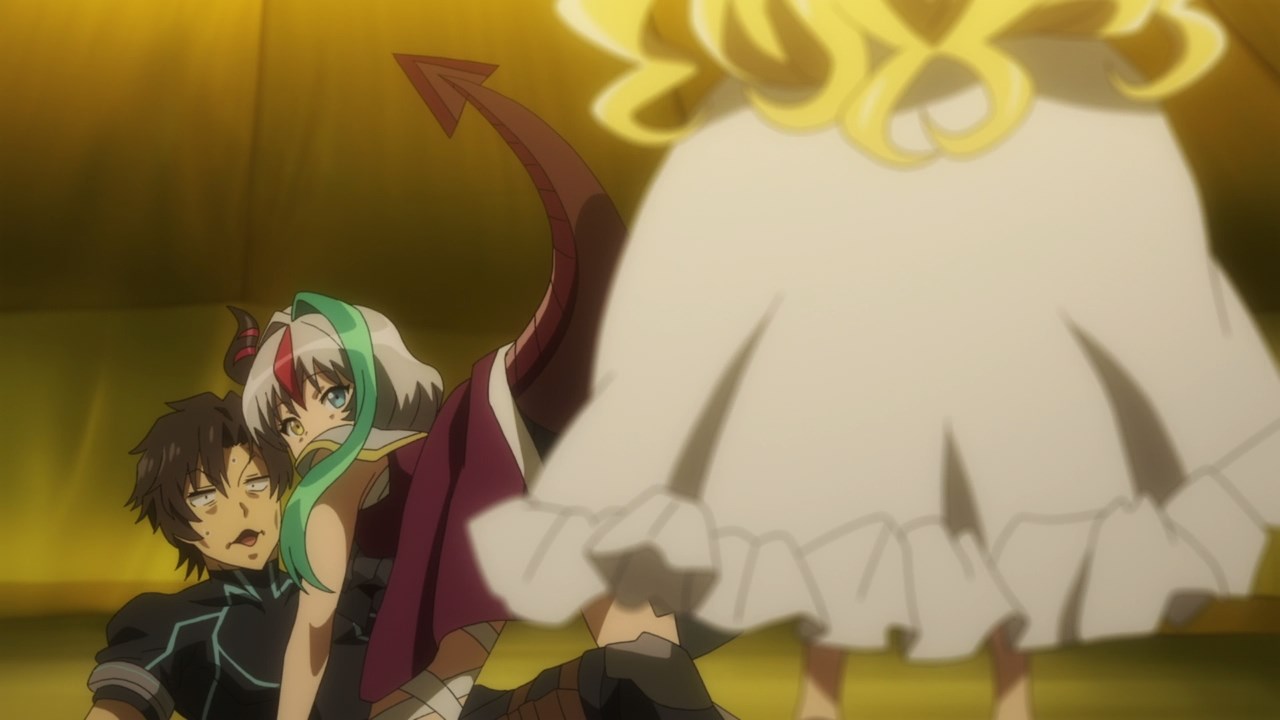 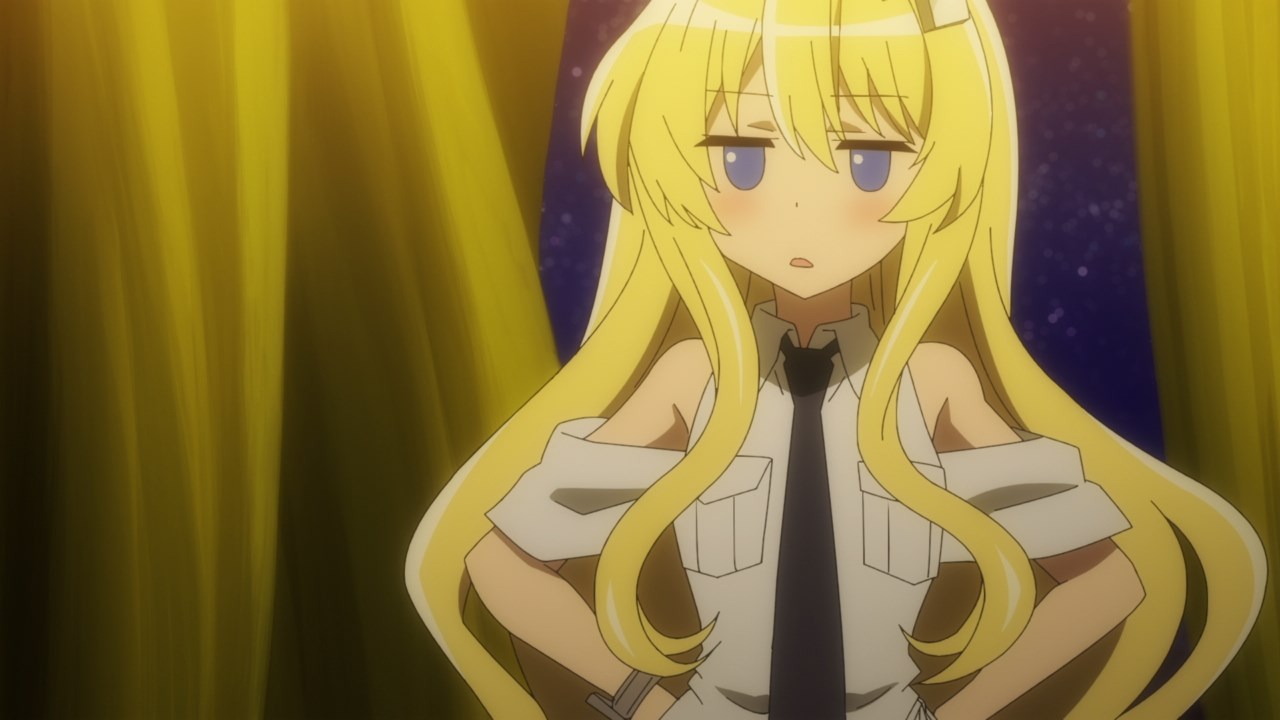 Unfortunately, Alice Kisaragi appeared in which she warned No. 6 not to have sex with Rose. Despite being a chimera, she looks like a child… according to Kisaragi Corporation’s rules anyway. 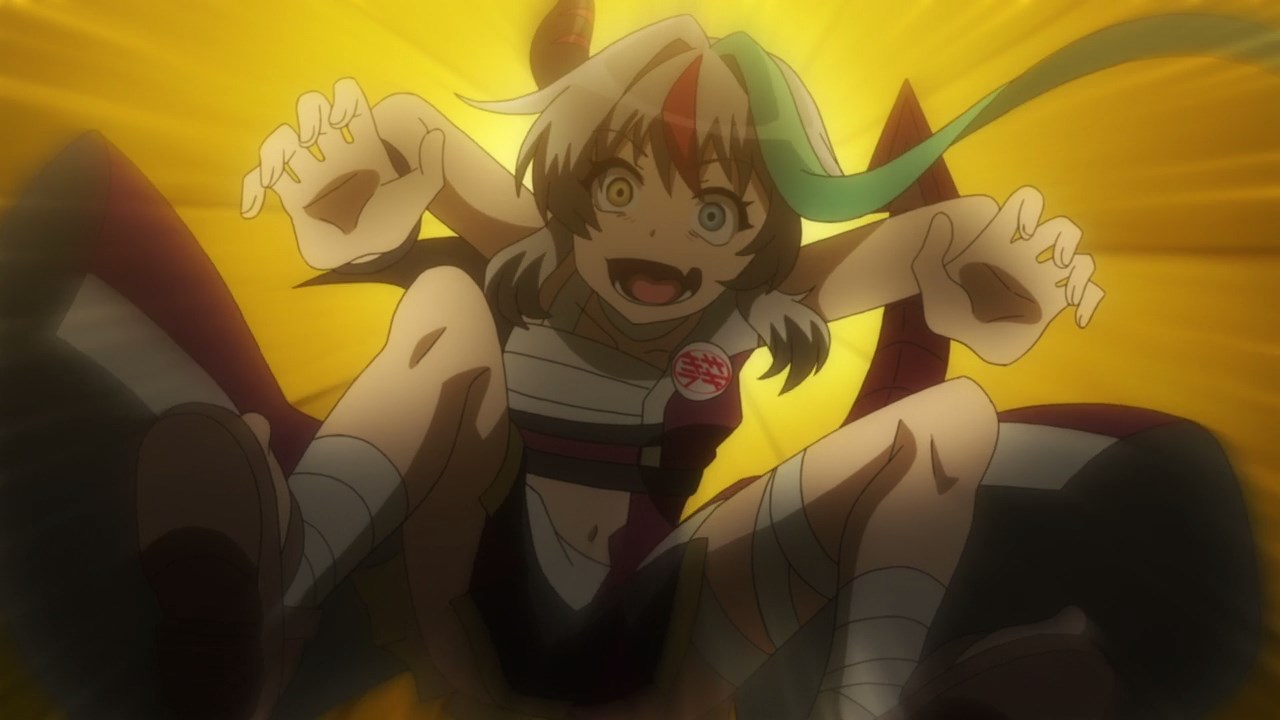 But speaking of Rose, it seems that she’s not gonna have sex with No. 6, but rather she wants to eat the combat agent. I guess this chimera loses it! 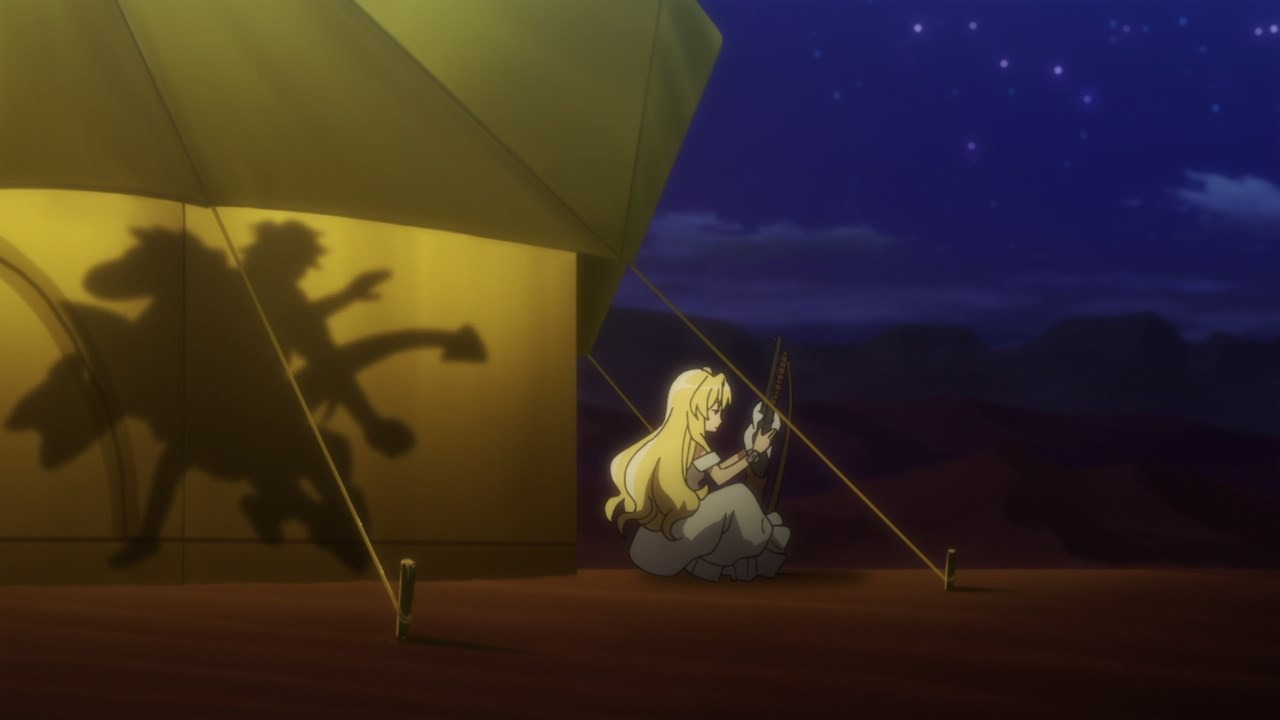 And so, No. 6 tries his best to defend himself while groping Rose’s tits and ass to earn evil points. Things are really desperate, y’know!

But thanks to No. 6 trying to grope Rose, he managed to earn evil points to buy a jeep and return to the Kingdom of Grace… empty-handed. C’mon, they failed their mission after all. 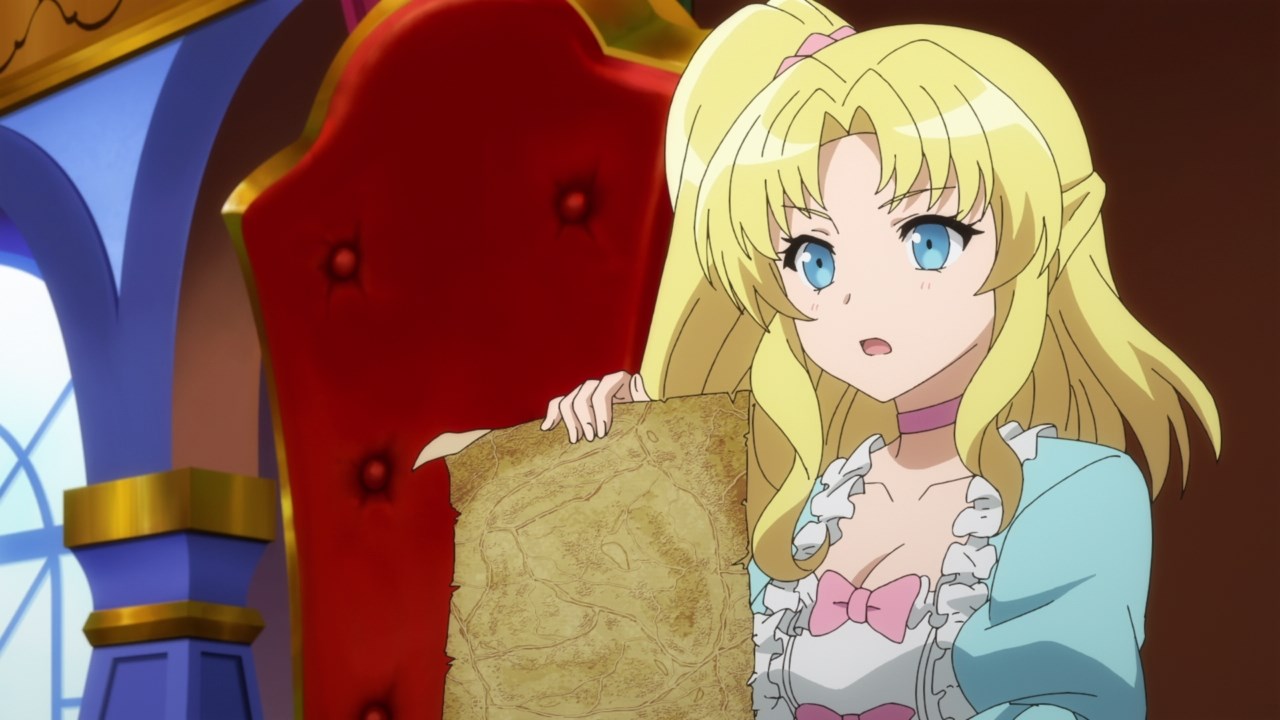 Now then, looks like Princess Tillis ordered No. 6 and Alice to capture an ancient weapon which is said that it’s used to destroy the Sand King. 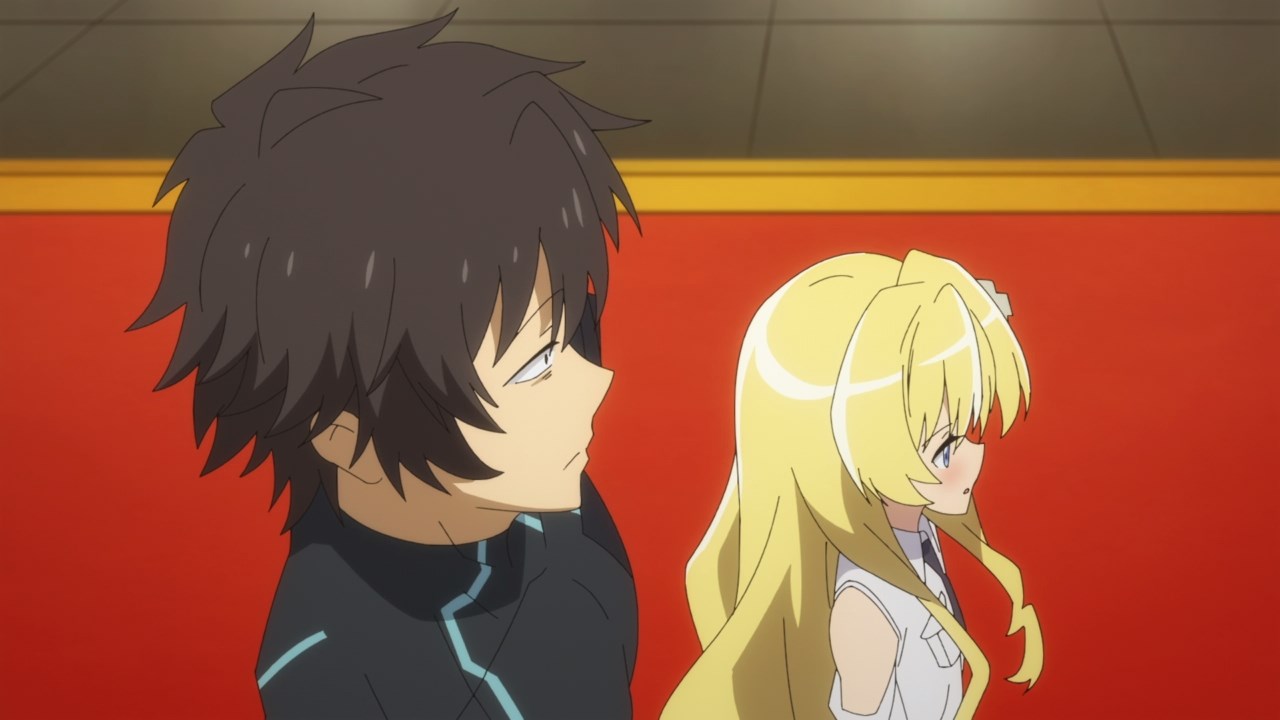 But you know what, the combat agent will do anything to save the kingdom from being toppled down, although I doubt that No. 6 and his friends will get the secret weapon. Anyways. see ya next time!