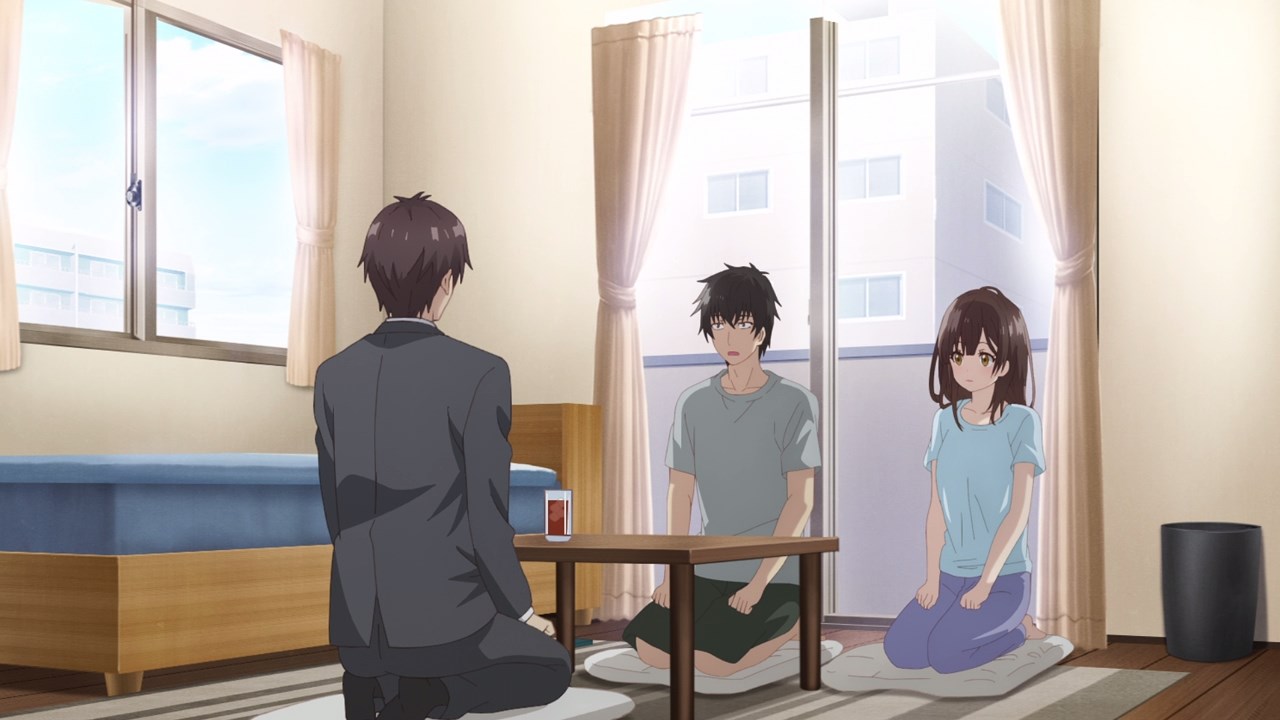 Well then, it seems that Yoshida-san is not yet ready to see Sayu Ogiwara off as she needs to have some time to sort things out. I mean, she can’t see her parents yet. 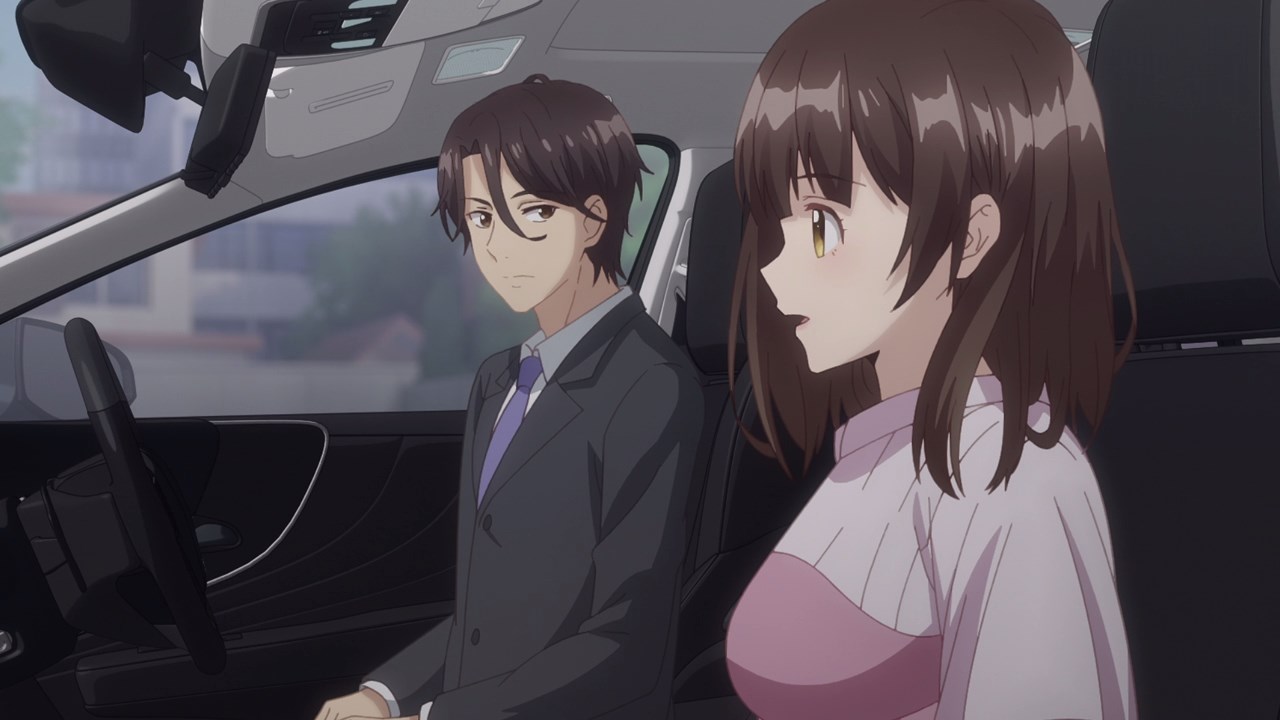 But here’s Sayu where she asked her brother Issa to give her a week to think it over. I have a feeling that she wants to resolve her past instead of running away. 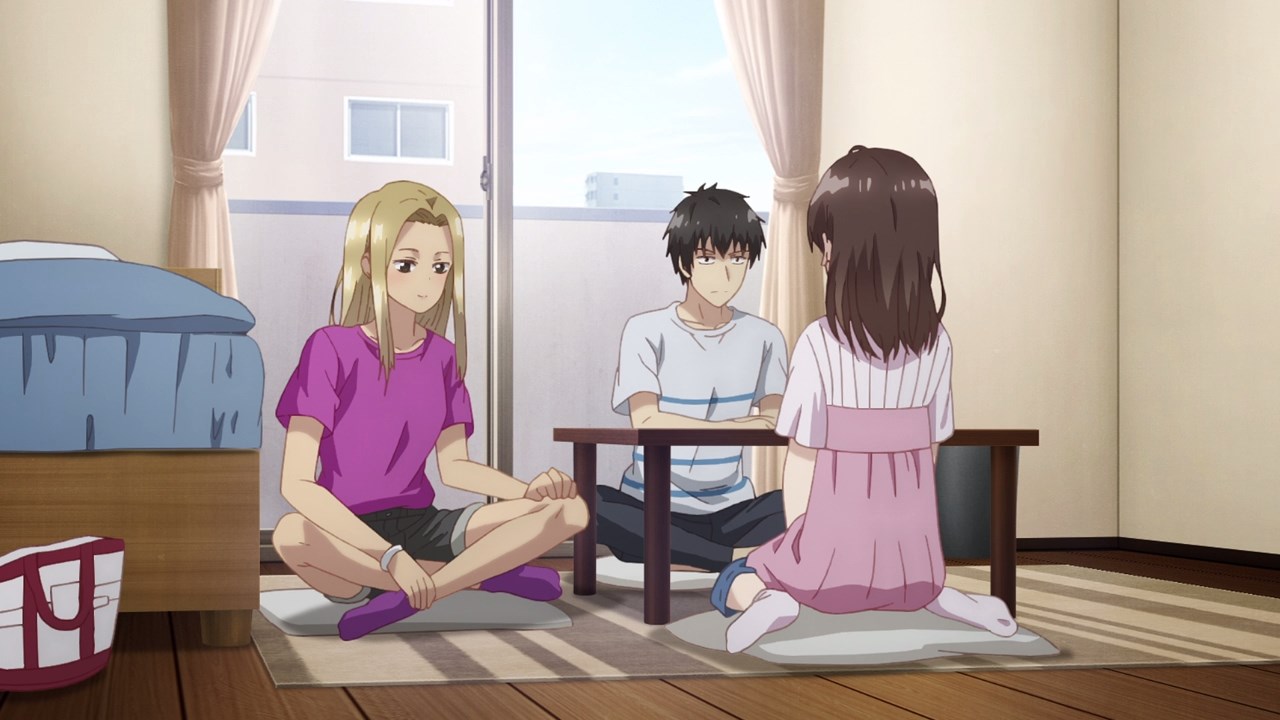 With that said, it’s time to talk about Sayu’s backstory as Yoshida-san invited Asami Yuuki at his apartment. By the way, Kyouya Yaguchi is not invited because c’mon, he’s still an asshole. 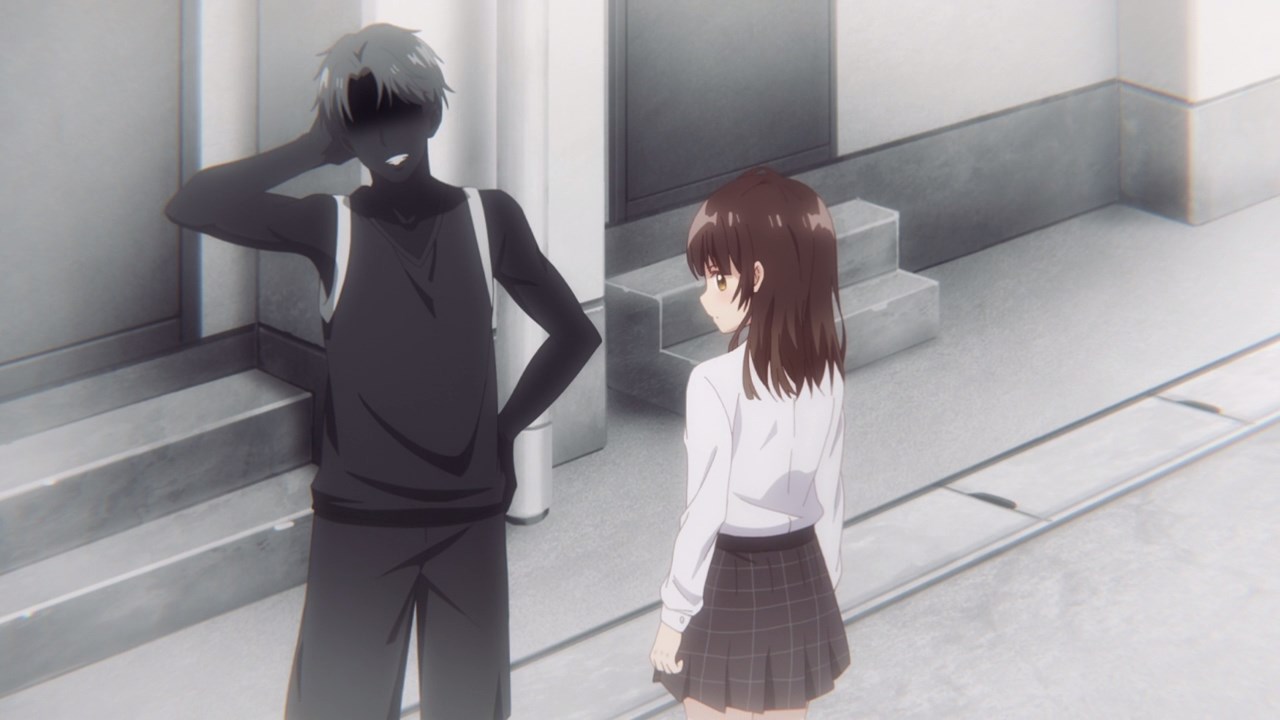 Anyways, let’s begin with Sayu Ogiwara where acts as the loner in high school. While some of the boys asked Sayu to be their girlfriend, she rejected on the spot.

Basically, Sayu wants to be alone despite being the daughter of food manufacturing company CEO. 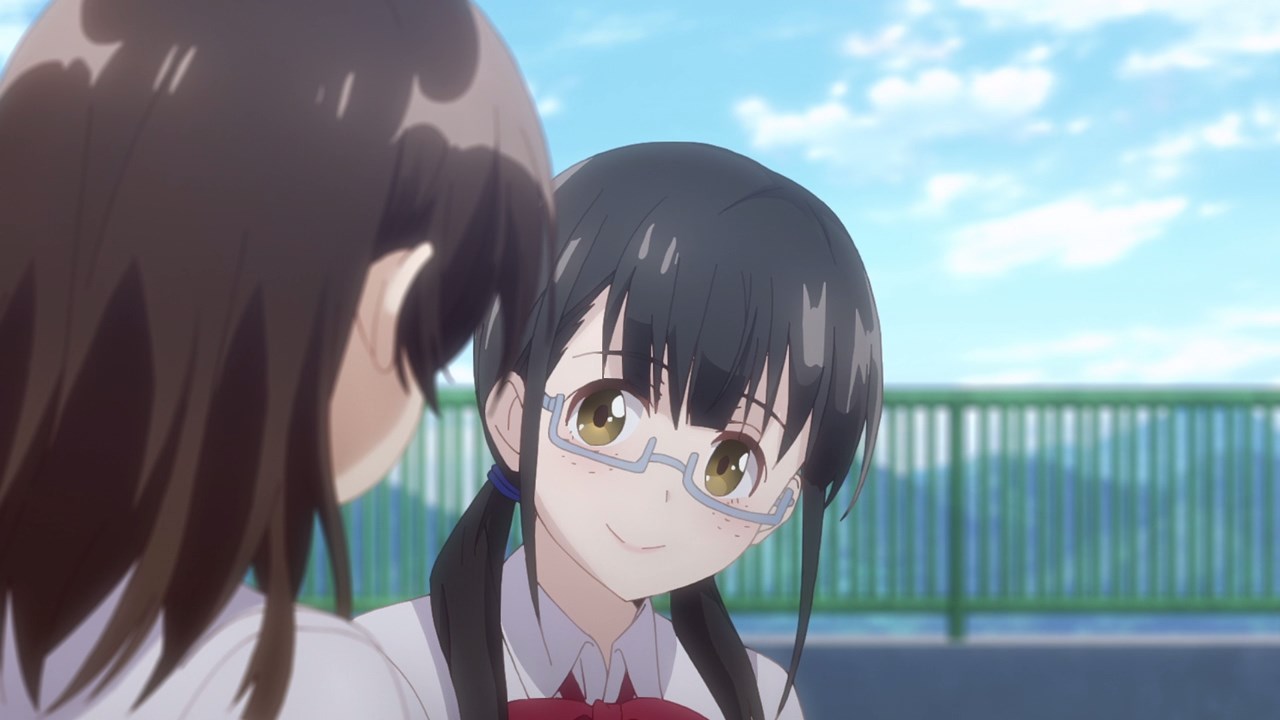 That’s until Yuuko Masaka came into her life in which Sayu was very happy to have her first friend. Unfortunately, their friendship has some challenges. 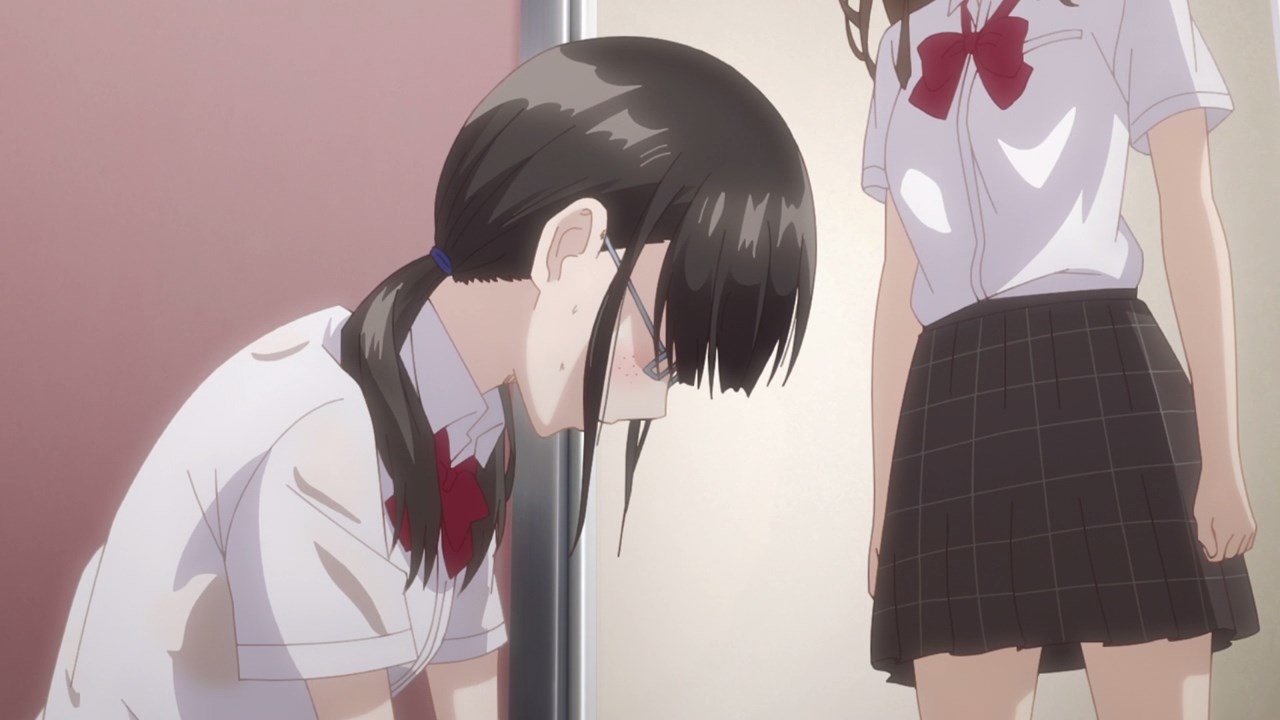 You see, some of her classmates decided to bully Yuuko simply because she hangs out with Sayu. Of course, we’ll never know if they want to make Sayu suffer or they just don’t want a plain jane hanging out with a rich kid.

Still, Sayu Ogiwara vows to stop the bullying but it’s not that easy to do. 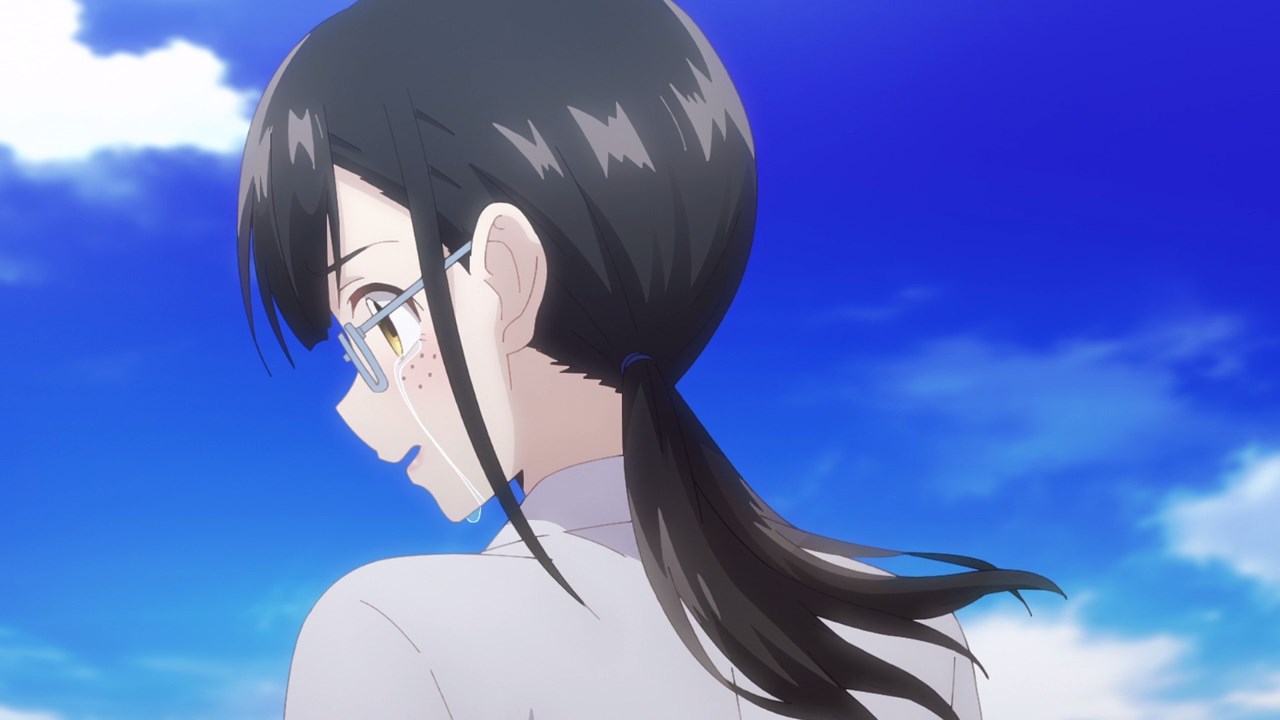 Ultimately, Yuuko decided to end her life as she doesn’t want Sayu to suffer anymore, although it’s very unwise for Yuuko to just commit suicide because those bullies are gonna win and they’ll get away with it. 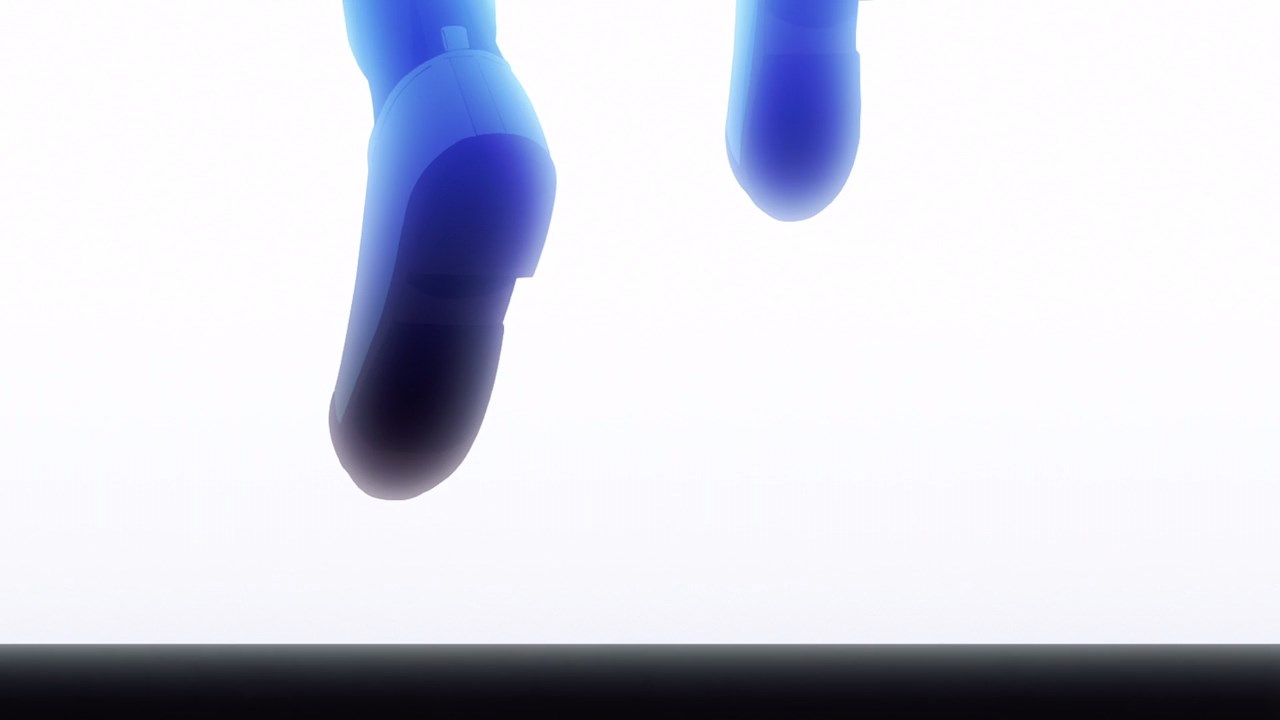 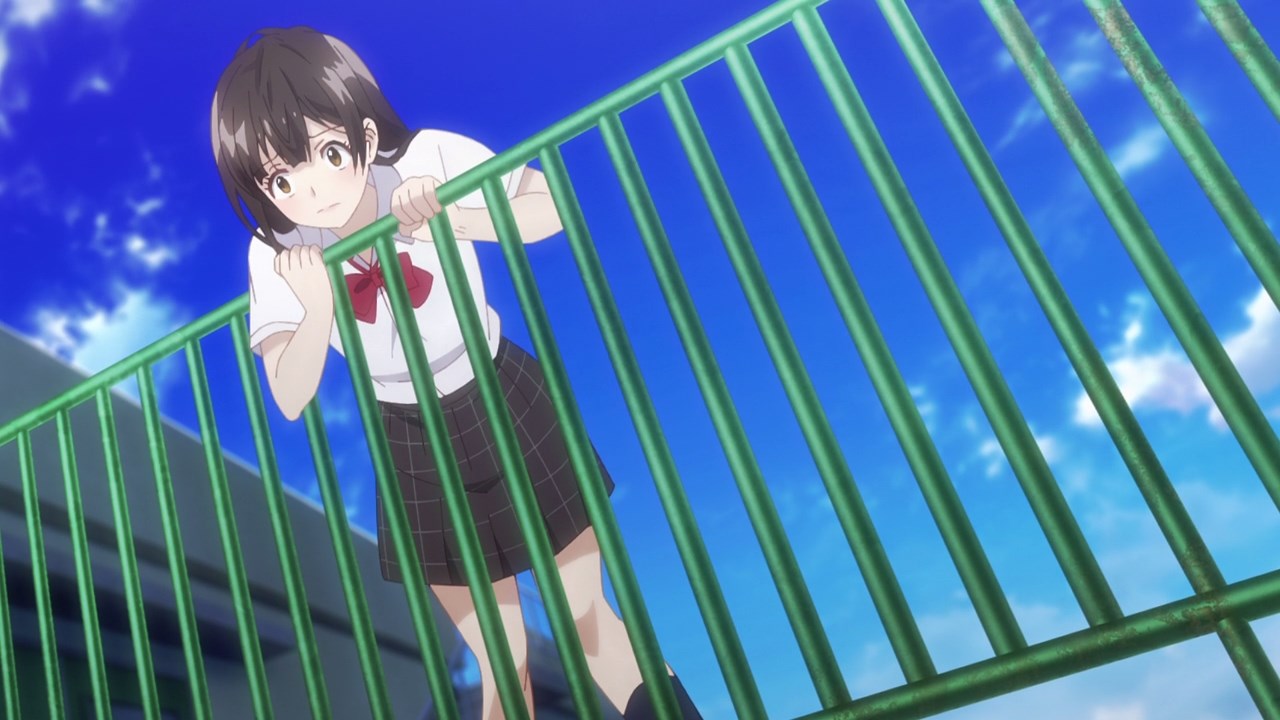 And so, Yuuko Masaka jumps from the rooftop and plunge to her death as Sayu Ogiwara couldn’t do anything but watch. While she felt powerless that Sayu couldn’t save her friend, it doesn’t end there. 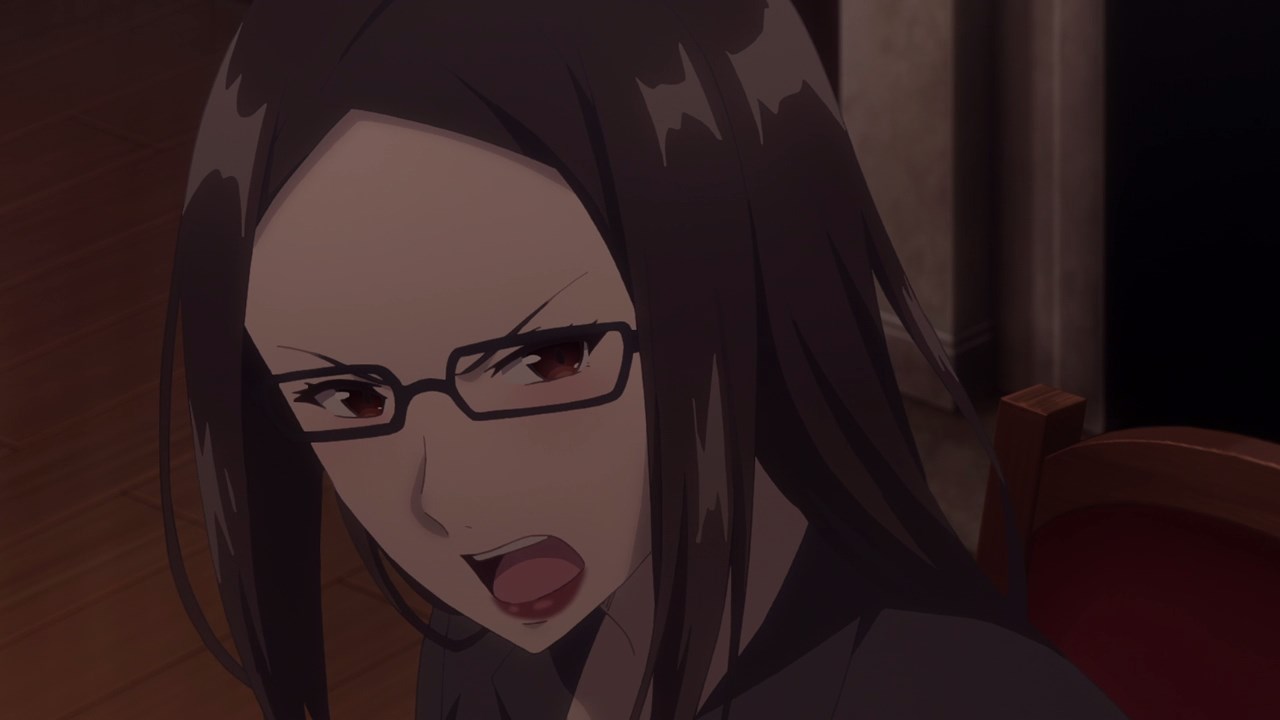 You see, Sayu’s mother accused her for killing Yuuko. Okay, why would Mrs. Ogiwara say that to her own daughter, especially when she went through pain of seeing her friend die?

Well, turns out that Sayu’s mothers wants to protect her image as dozens of reporters are hounding her for interviews. To be fair, Yuuko’s death has nothing to do with Mrs. Ogiwara but given that Sayu saw her friend committed suicide, the journalists are on full force on finding the latest scoop. 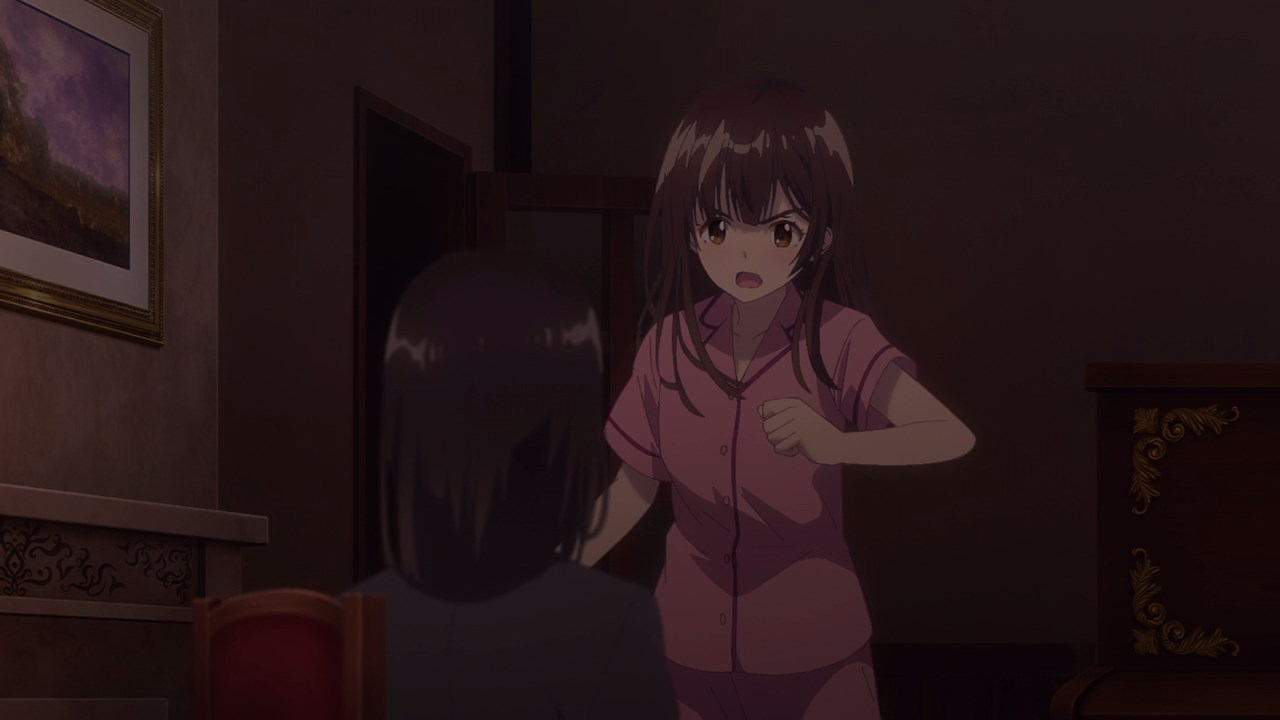 Anyways, Sayu Ogiwara fed up with her own mother for not understanding the pain she went through, especially when she saw Yuuko died in front of her eyes. Thus, Sayu decides to run away from home.

It’s no wonder why Sayu doesn’t want to return to Hokkaido is because her mother really cares about herself rather than her own daughter. 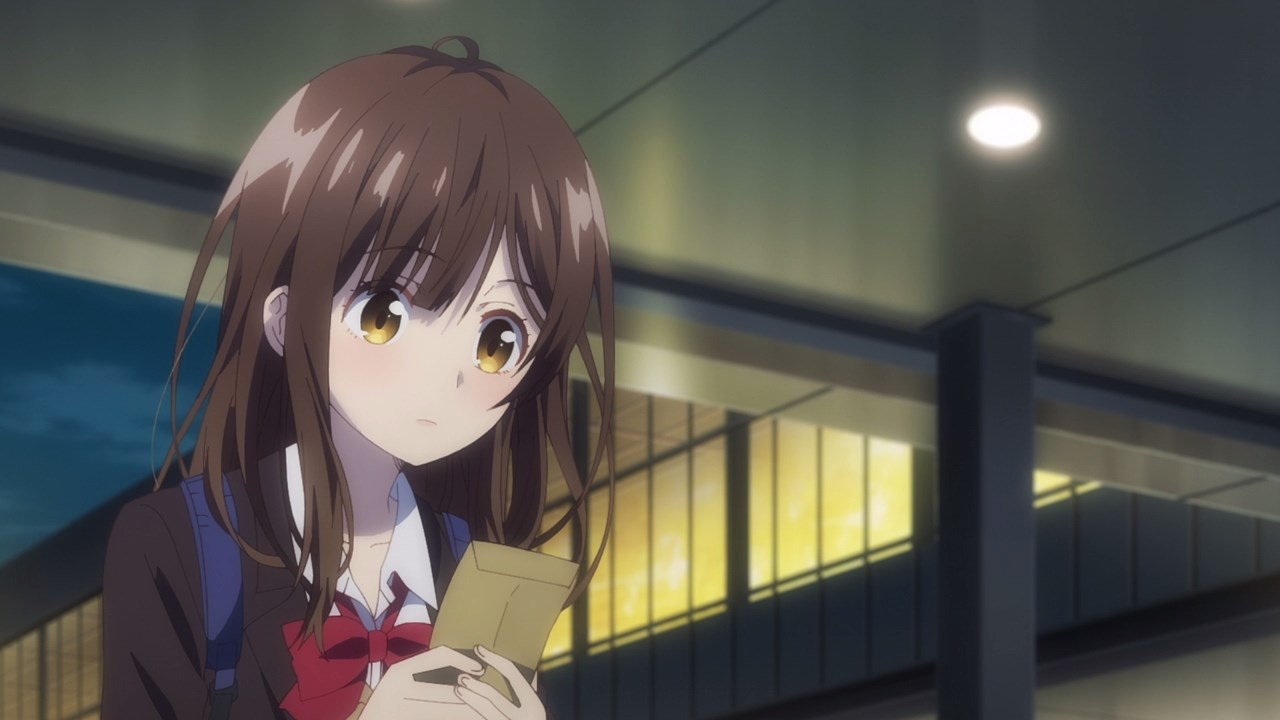 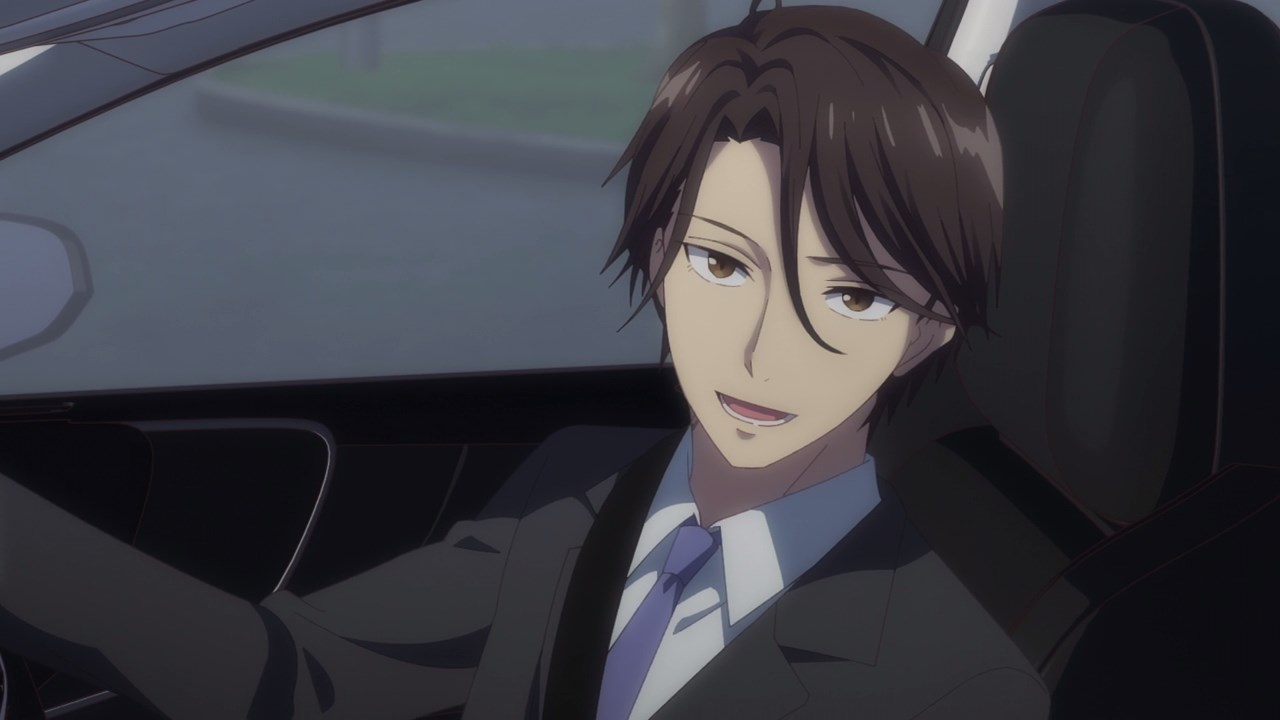 Oh yeah, here’s the thing though as Issa encouraged her to run away from her money by giving her some cash. I’m surprised that Sayu’s brother is supportive towards her, but Issa should send Sayu to some relative. 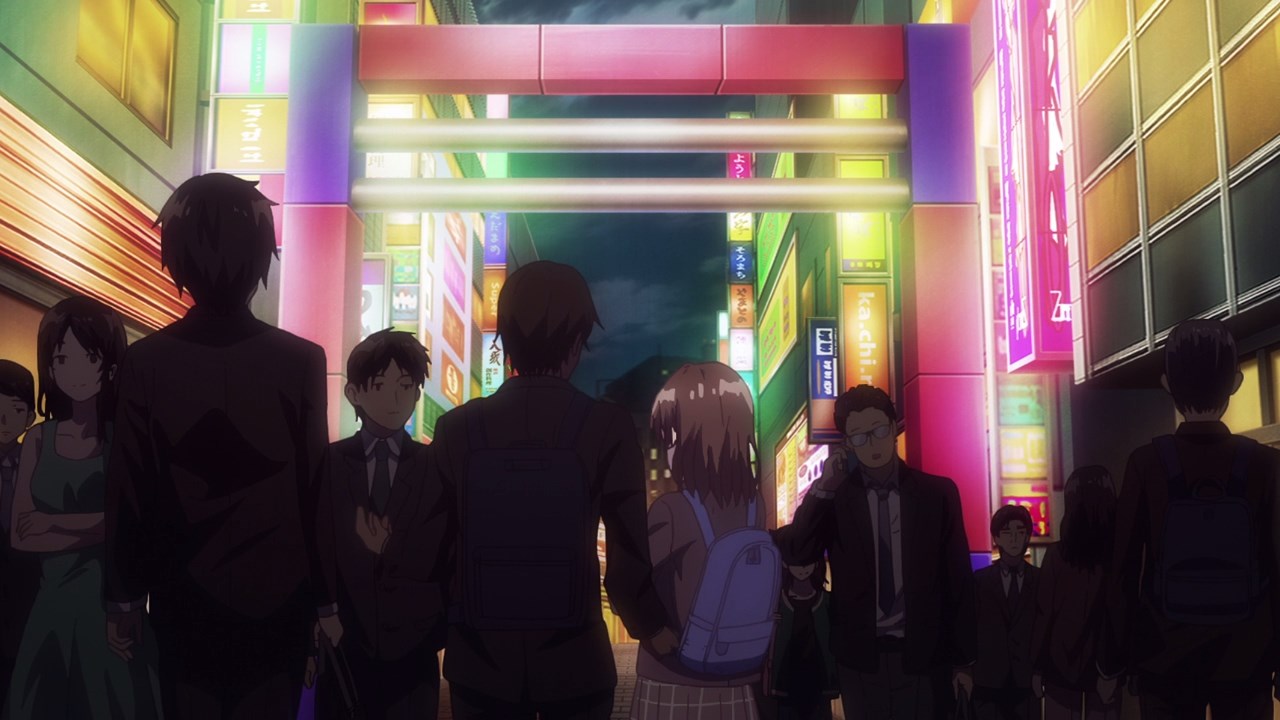 Because once she ran out of money, Sayu went to various men where they had sex with her in exchange for a place to stay. Of course, Yoshida-san broke Sayu’s habit in the end but her innocence will never return.

But yes, that’s the end of her backstory where it’s really depressing to see Sayu losing Yuuko, being accused by her own mother of murdering her friend, and became an empty shell of herself once she arrived in Tokyo. 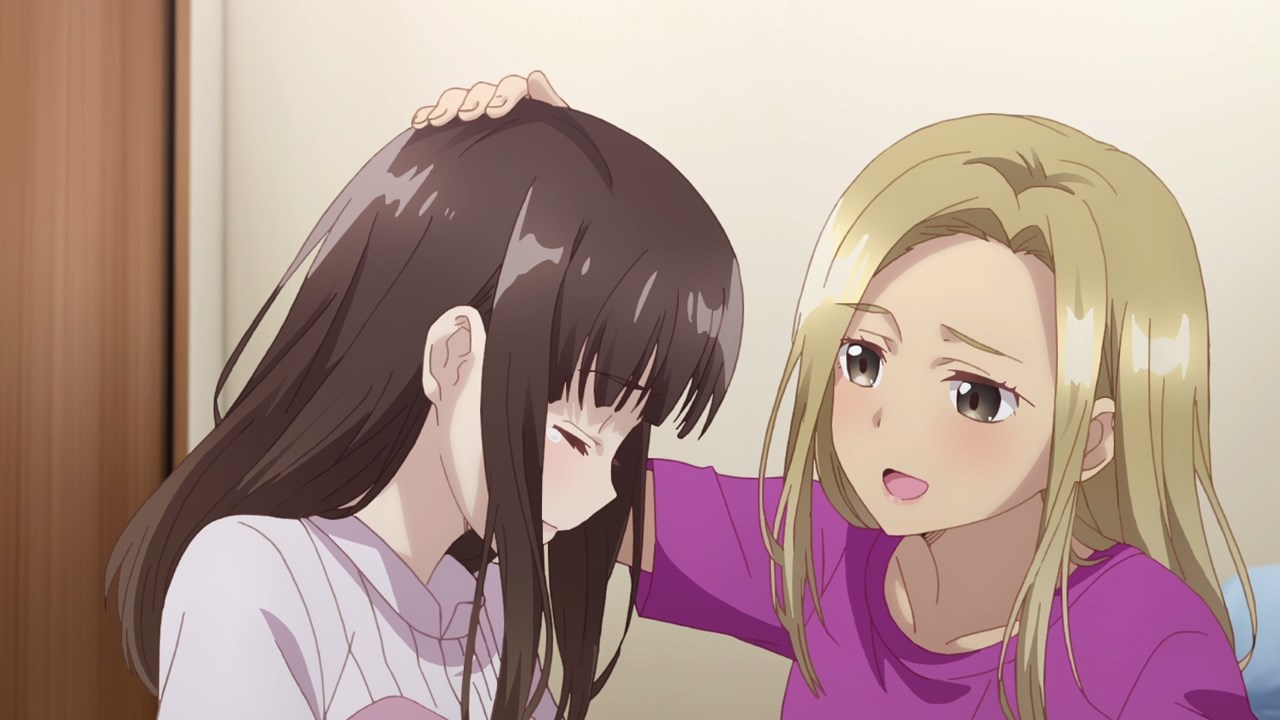 Fortunately, Asami Yuuki supported Sayu Ogiwara in which she sympathize her pain of losing a friend. Now that Sayu has finally told her past, it’s time to overcome it. 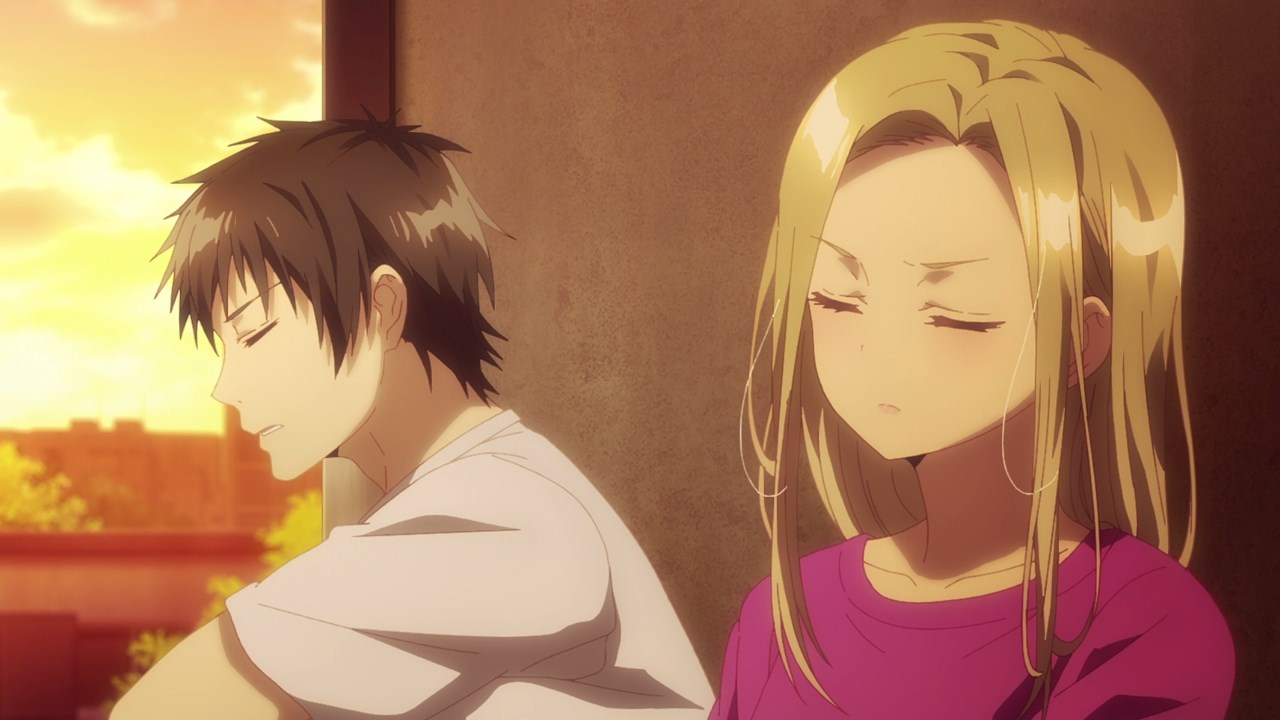 As for Yoshida-san, despite the fact that he has nothing to do about Sayu’s family, it seems that Asami is worried on what will be his action should Sayu goes home. Sure that he’ll be all alone again, but Yoshida should plan his next move.

Anyways, tune in next time where we have less than 6 days for Sayu Ogiwara to return to Hokkaido.