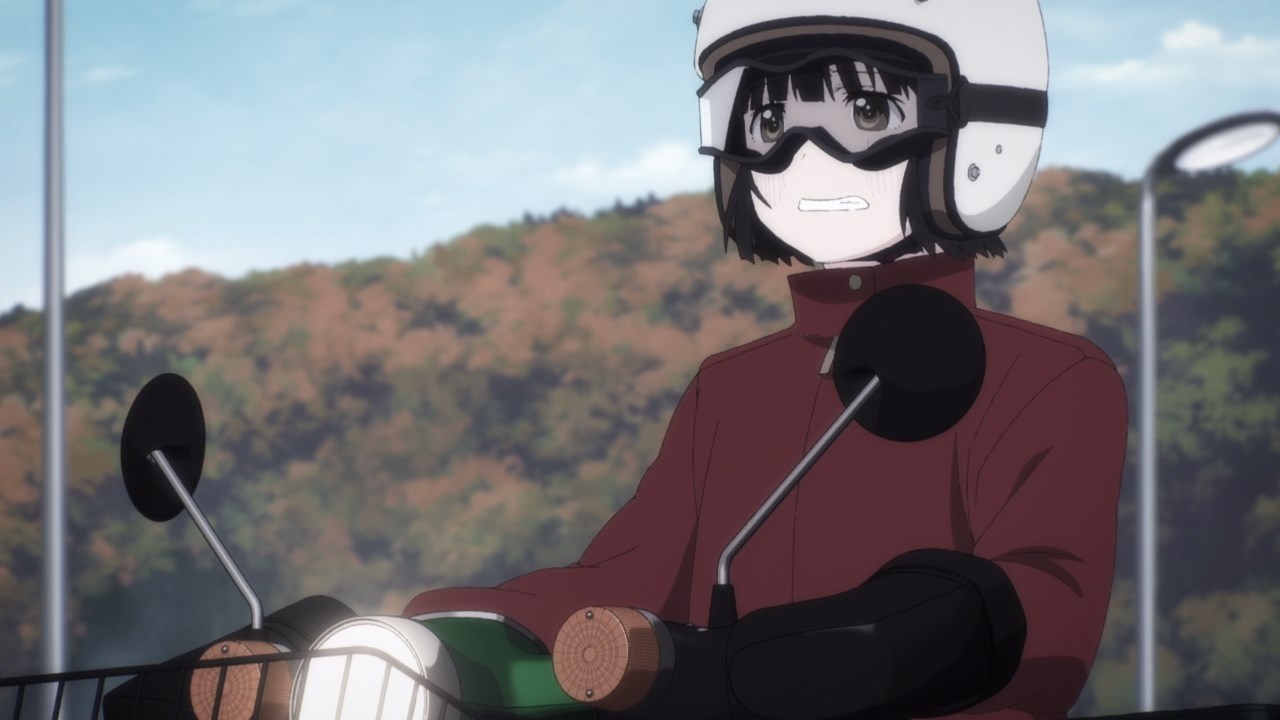 Well everyone, looks like the cold winter is making it a bit difficult for the likes of Koguma to travel via her Super Cub. I mean, she can feel the wind blowing towards her thighs. 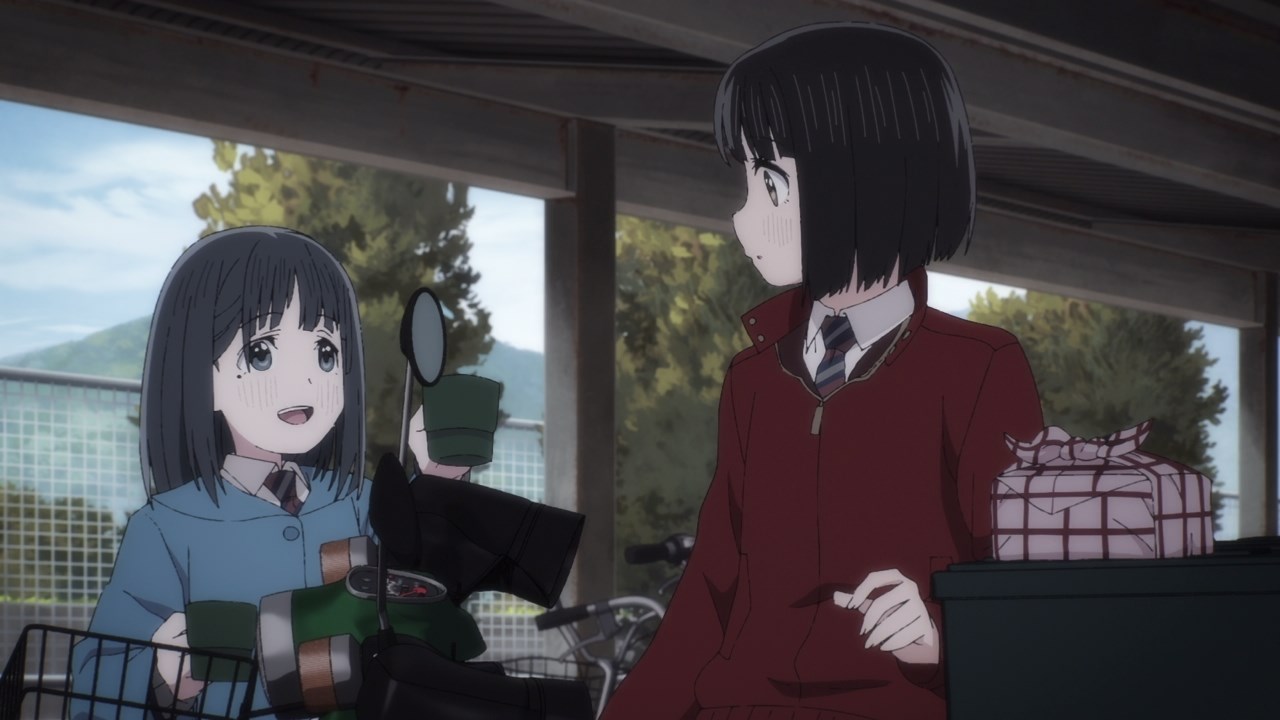 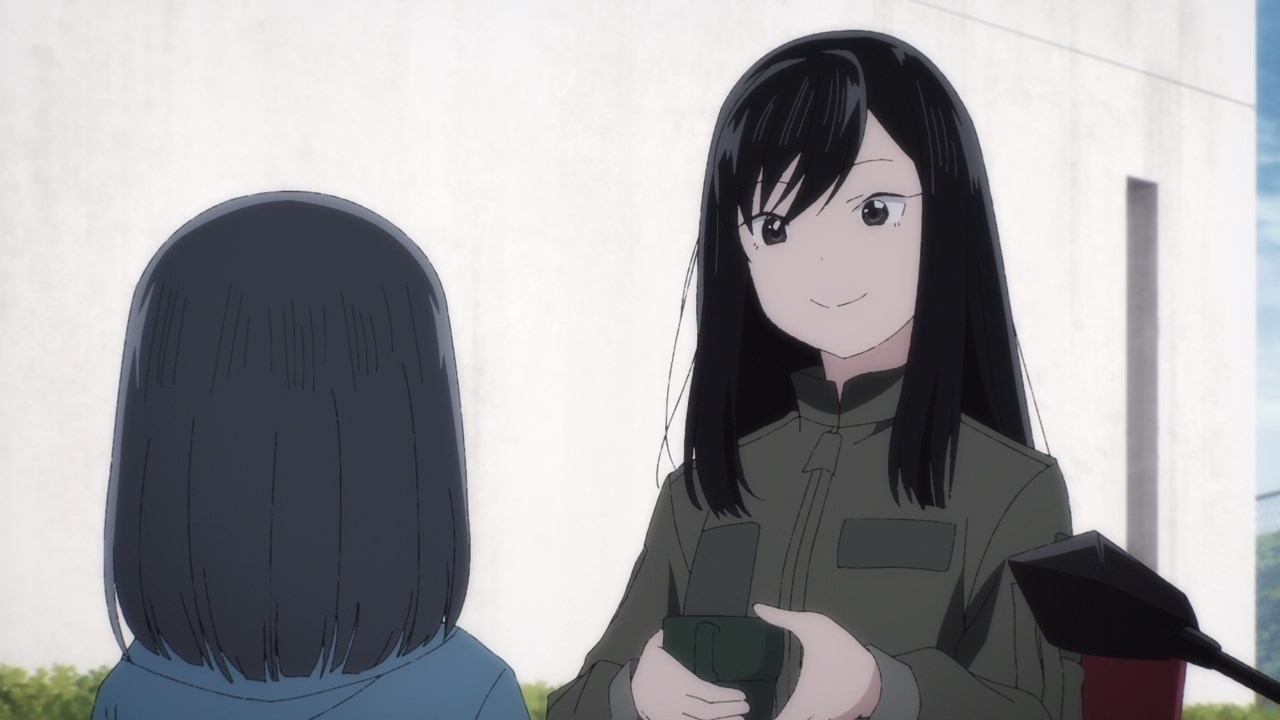 Oh by the way, Shii-chan put some grappa on their milk tea to maintain the warmth during the colder months.

But be warned though that drinking more grappa is bad as it’ll make you drunk, which is not suitable for riding bikes. So yeah, they can’t ride back home for the time being. 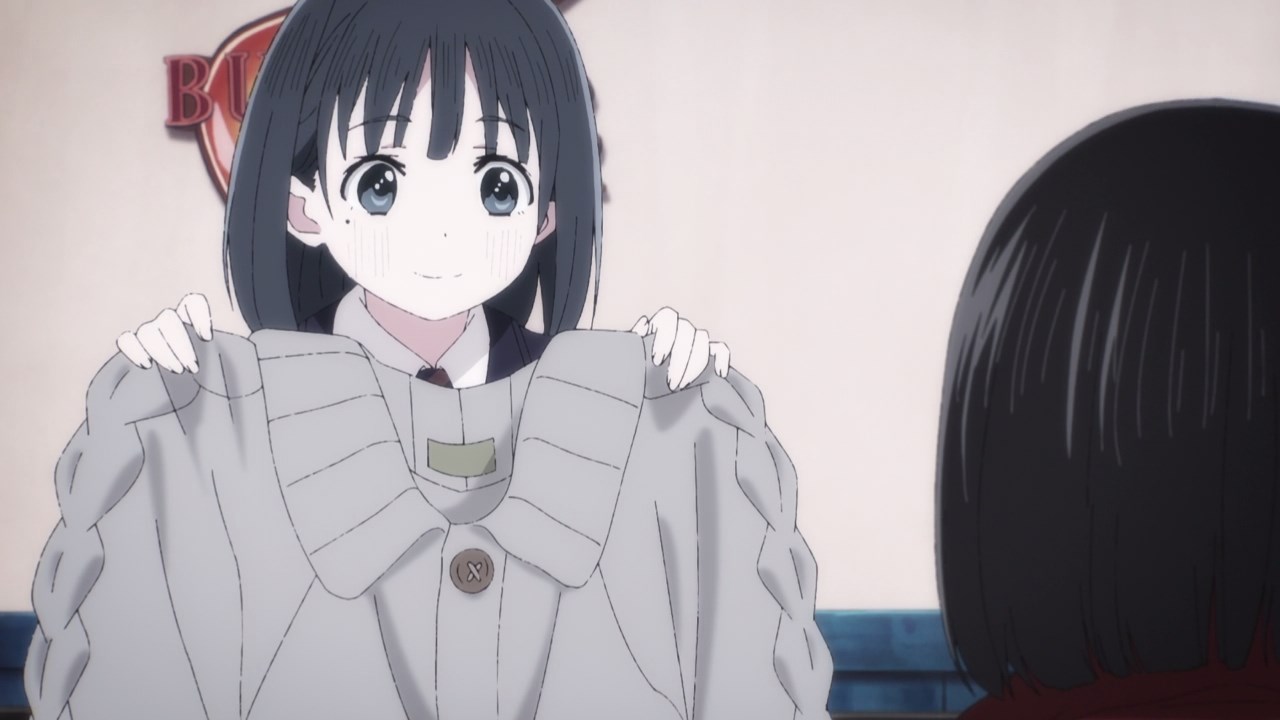 Meanwhile, looks like Shii Eniwa showed her jacket which is made of abrasive wool, perfect for cold weather. 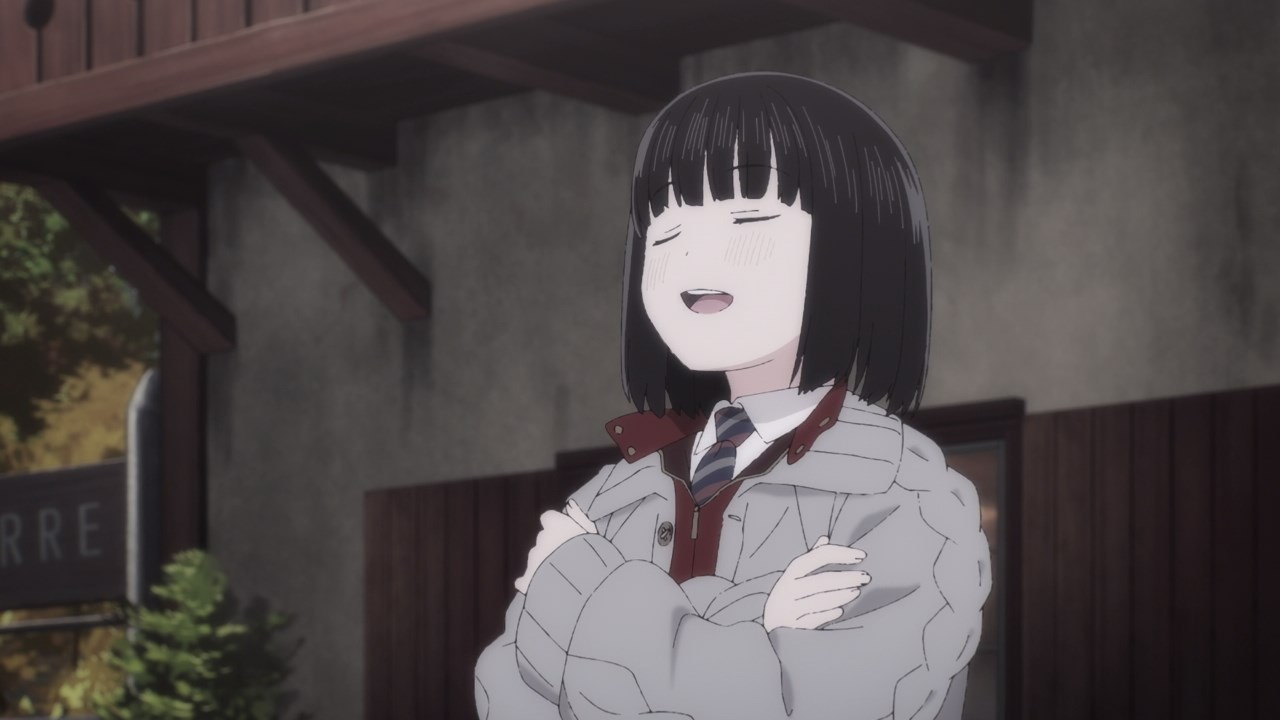 While Koguma love wearing a wool jacket in which it keeps herself warm, it’s a bit bulky that she wants to turn it into a cardigan. Still, Koguma decides to take it anyway. 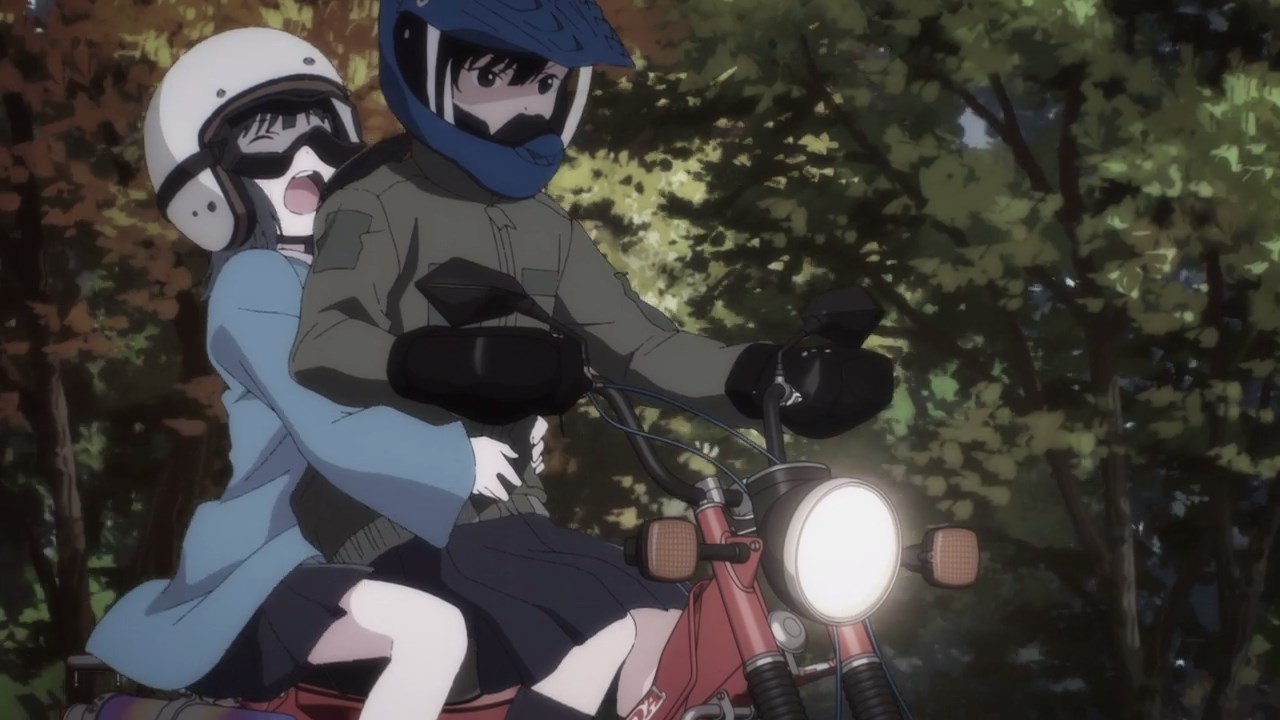 Oh yeah, here’s Shii-chan where she’s riding Reiko’s Hunter Cub. Compared to her Moulton bike, the Hunter Cub is faster that Shii-chan is frightened by it.

You know something, I think Shii-chan will stick to her mountain bike ’cause she’s not yet ready to ride a motorcycle, let alone a Super Cub. 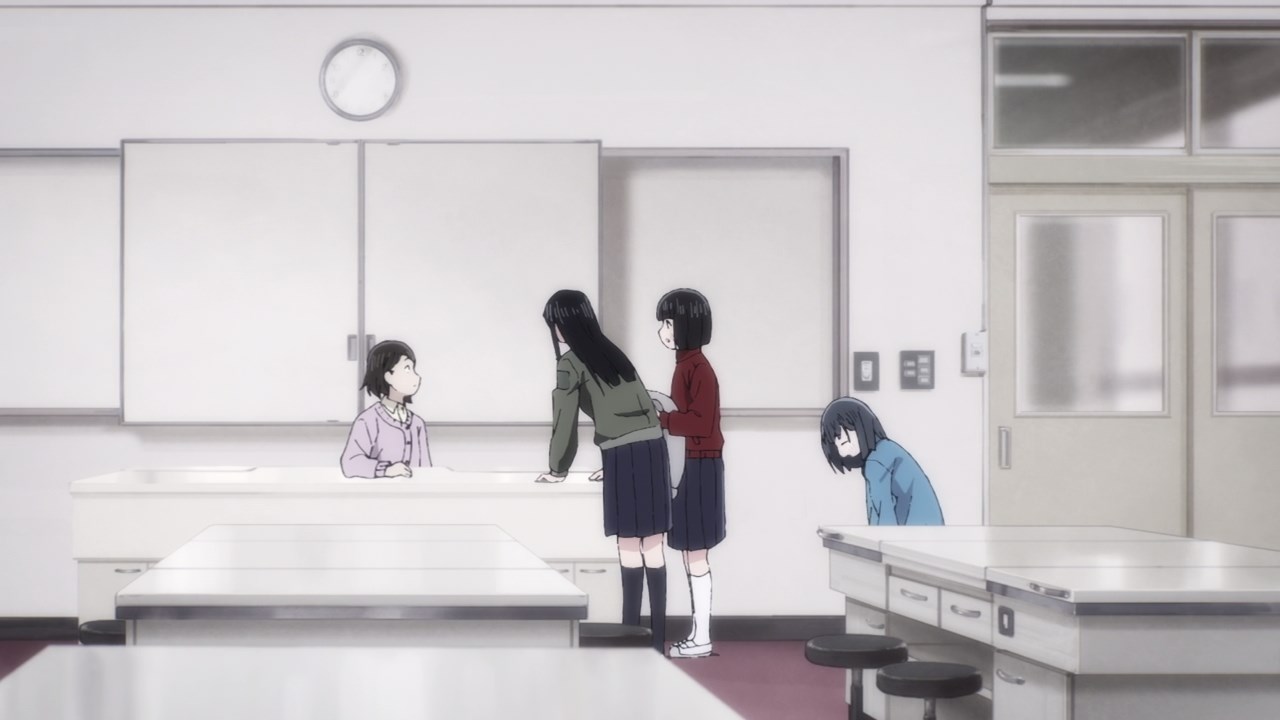 Now let’s move onto Mukawa High School where Koguma asked one of the members of the home economics club to turn the jacket into a cardigan. 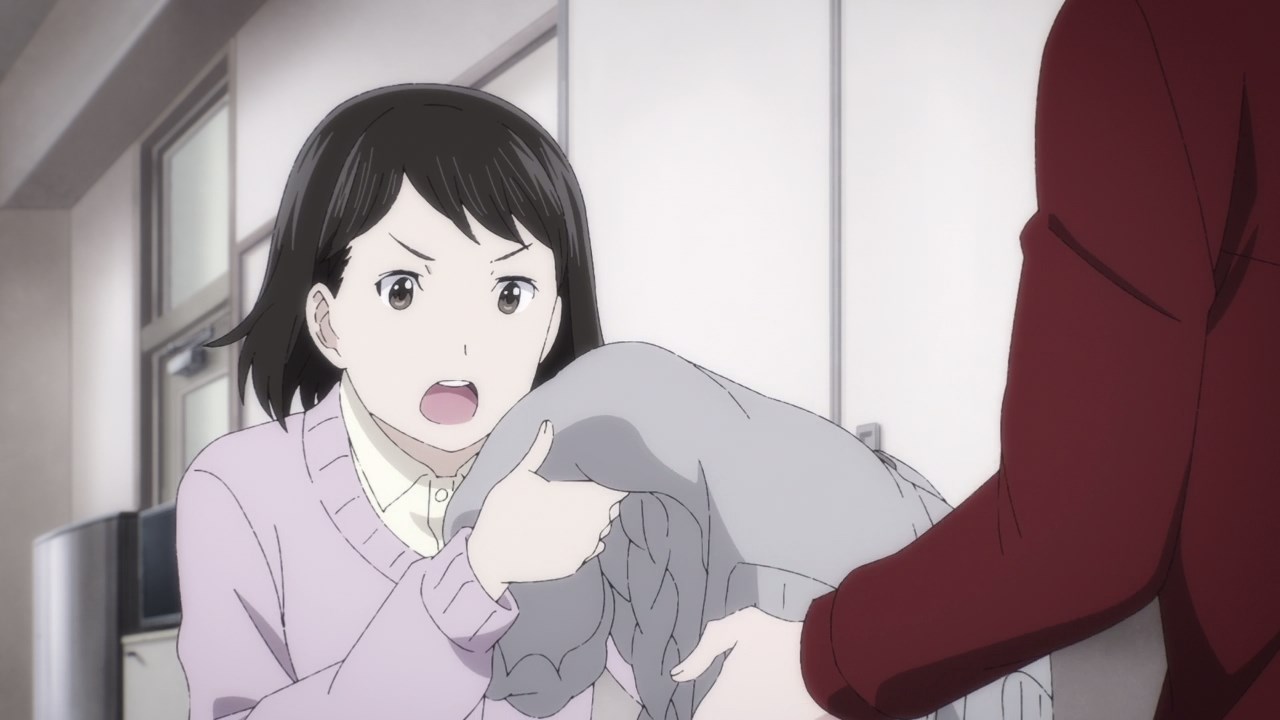 Of course, this home economics club member is surprised that she’s holding a jacket made of abrasive wool. While it’ll be a waste to turn into a cardigan, Koguma still insists on removing the sleeves. 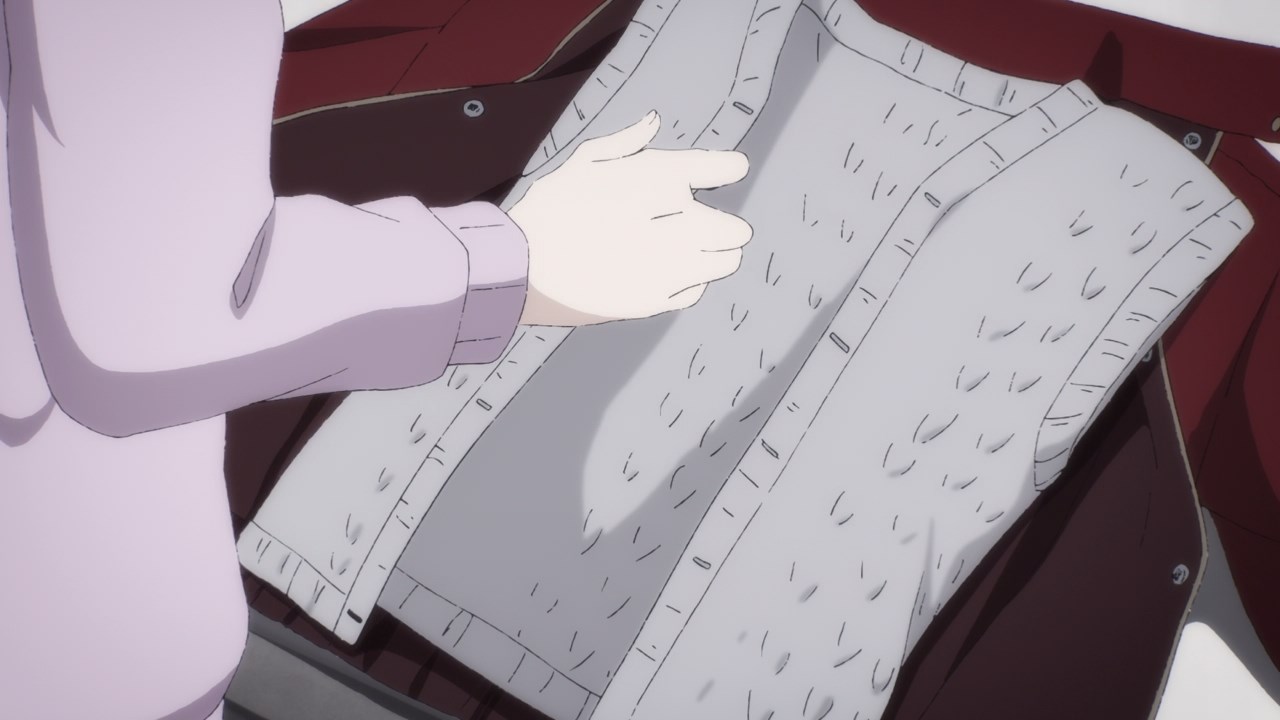 And so, the wool jacket is turned into a cardigan where Koguma can wear it over her existing leather jacket.

As for the leftovers like the sleeves, it was transformed into stockings for Reiko and a thermos cover for Shii-chan. It’s better than throwing it away. 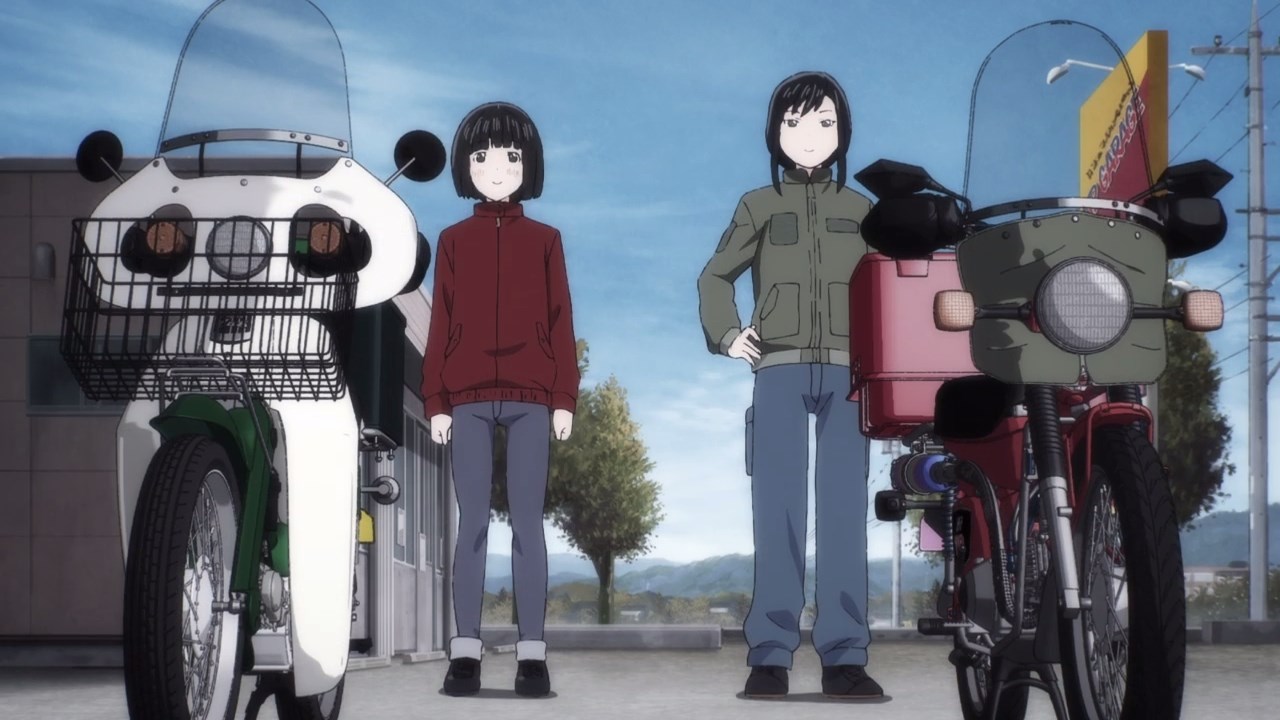 Finally, both Koguma and Reiko bought windshields for their bikes, although the latter refused to install one at first because it makes her Hunter Cub look ugly. 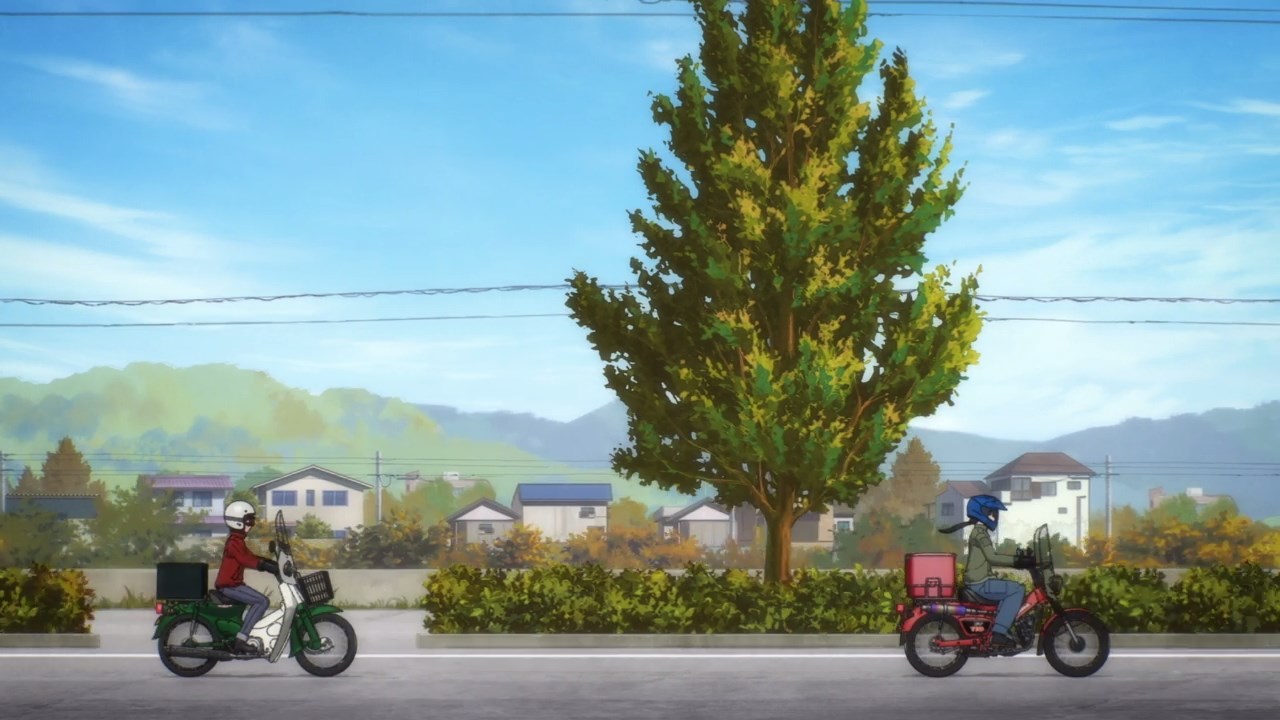 But anyways, it looks like these two girls will survive the bitter cold now that their bikes are decked out with windshields. Until next time…