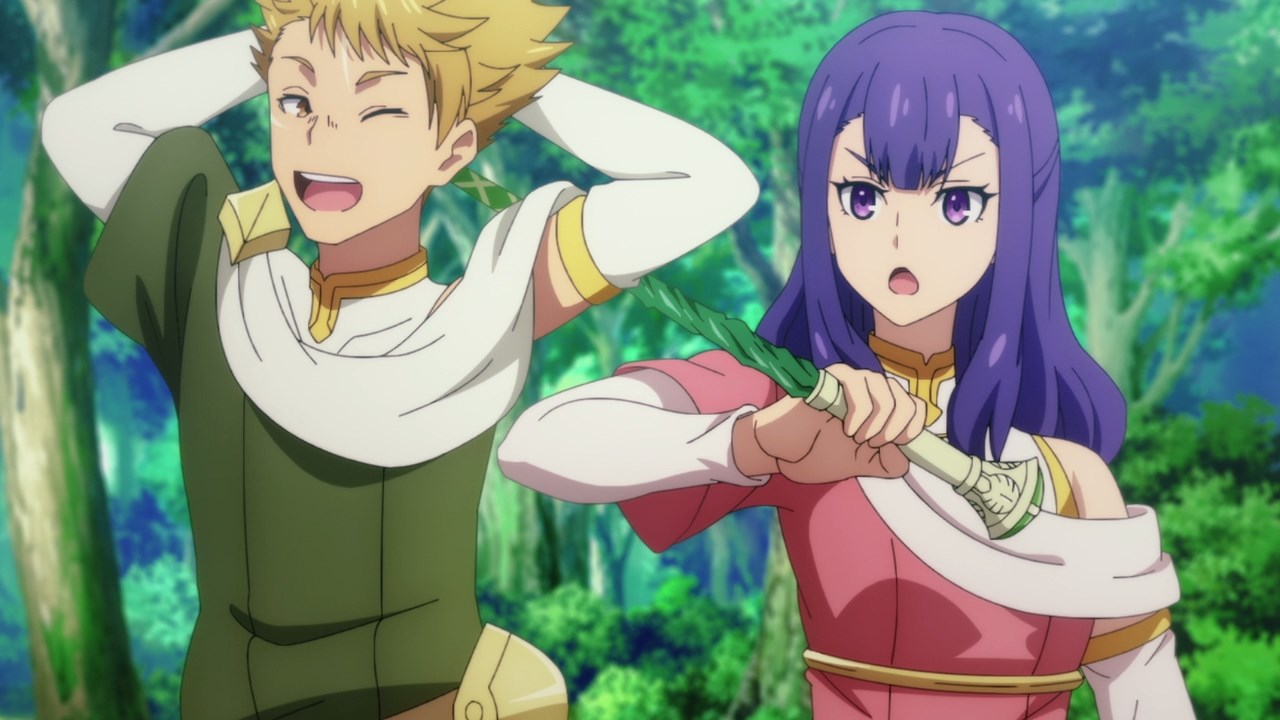 Let’s start this episode with the introduction of both Kunihiko Tagawa and Asaka Kushitani, two reincarnated beings who became adventurers.

Basically, they have experience fighting monsters which is why they’re valuable assets for Shunsuke Yamada (or Schlain Zagan Analeit) in the fight against Kengo Natsume (or Hugo Baint Renxandt). 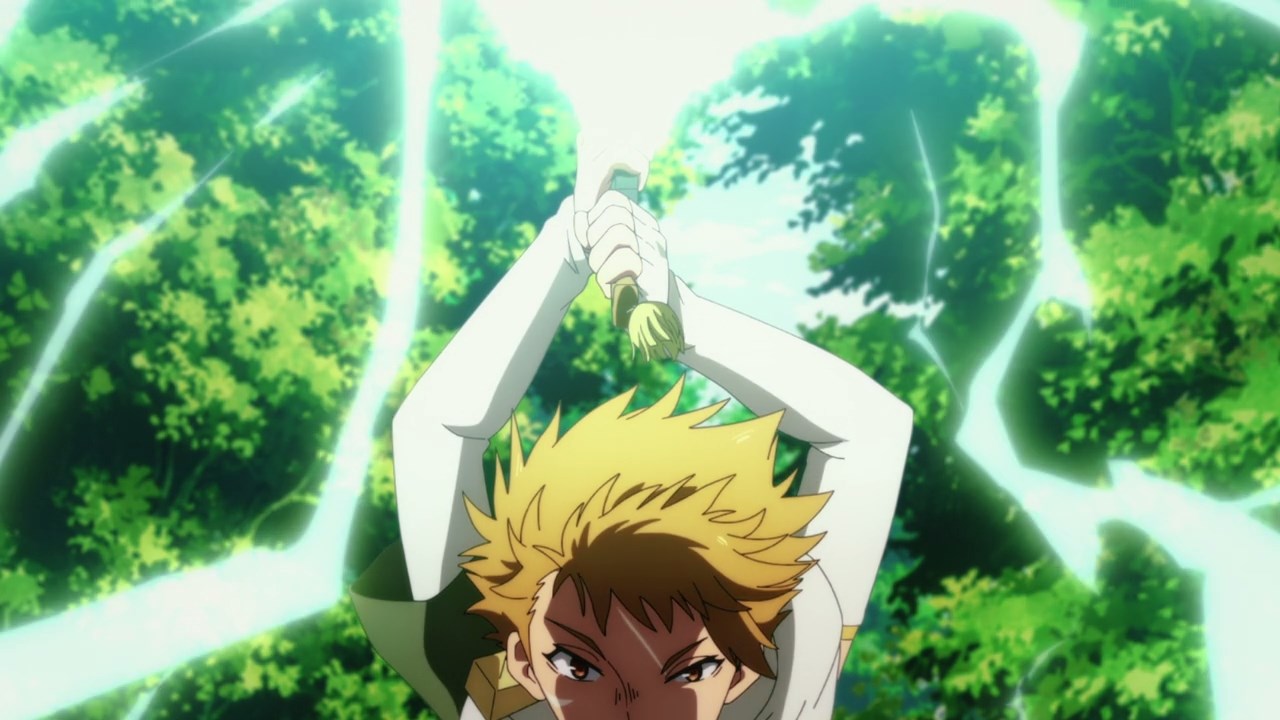 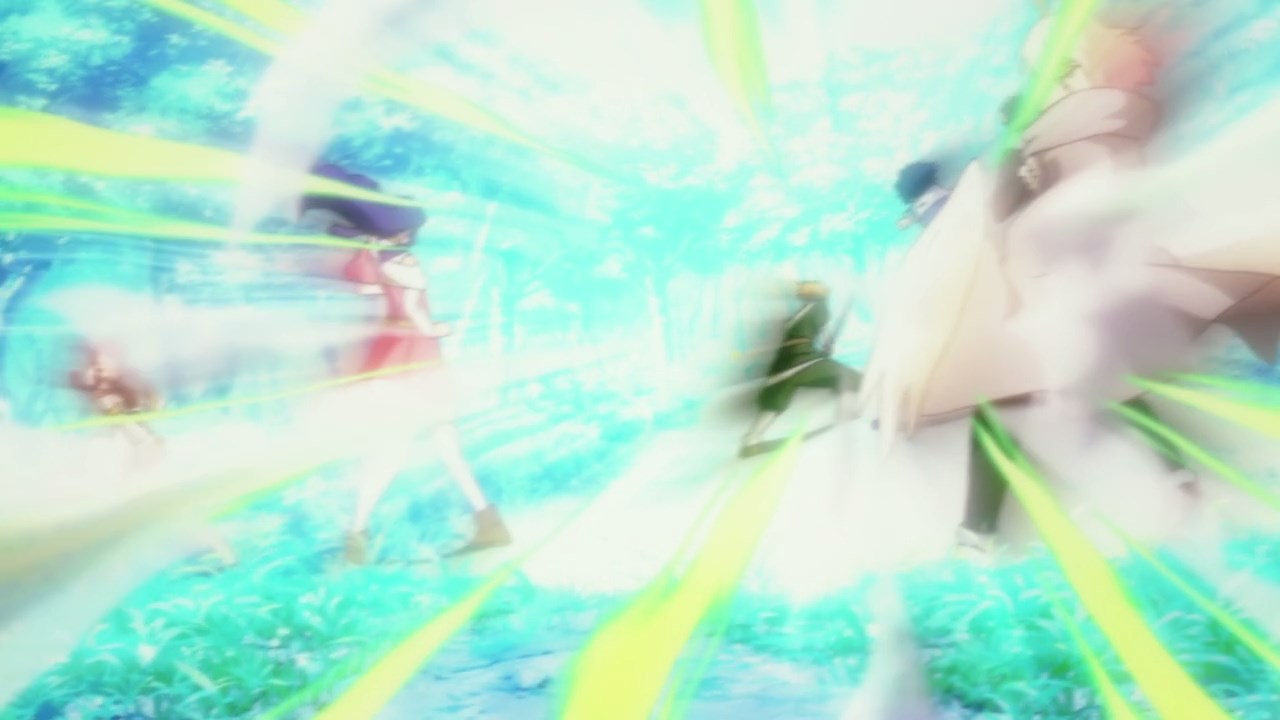 Anyways, here’s Kunihiko where he’s testing the barrier to see if it’s tough enough to withstand his attack. Fortunately, the barrier stood still as expected.

Of course, they can’t rely on the barrier as there’s a chance that Hugo and his army will destroy the barrier from the inside. 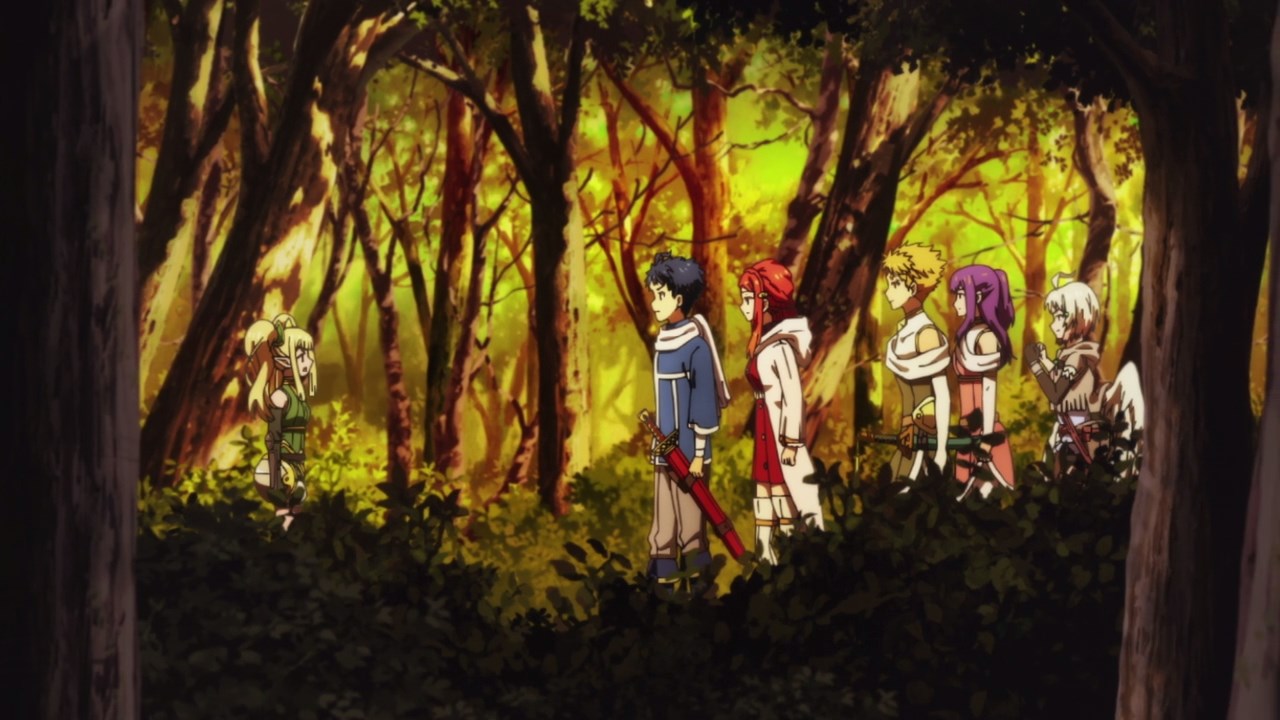 Meanwhile, here’s Filimos where she wants to tell something important as it’s no longer a war between the elves, the Followers of the Word of God, and possibly the Faith of the Goddess. 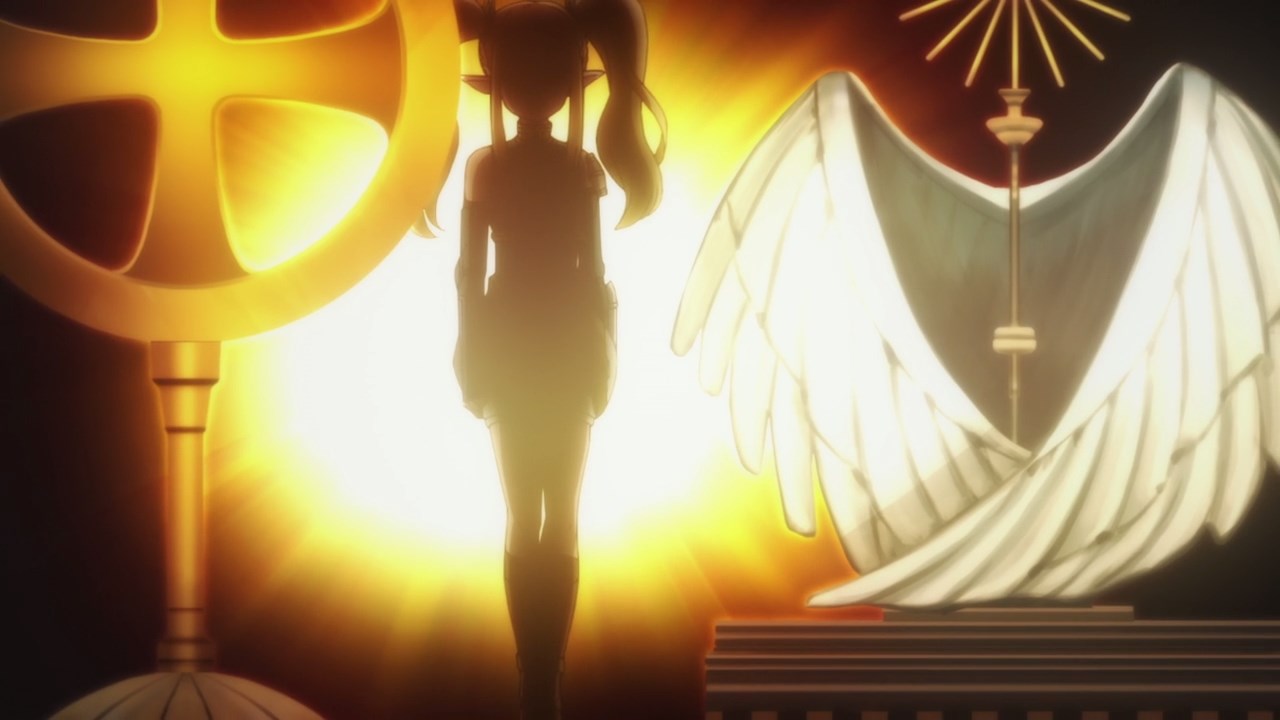 You see, Filimos told Schlain and the rest that they’ll be fighting against the administrators as they’re responsible for sending the entire class to the fantasy world.

So far, only Shouko Negishi (or Sophia Keren) has sided with the administrators so there might be a few people who are allies with Sophia. Furthermore, I have a feeling that the administrator is possibly the demon lord herself. 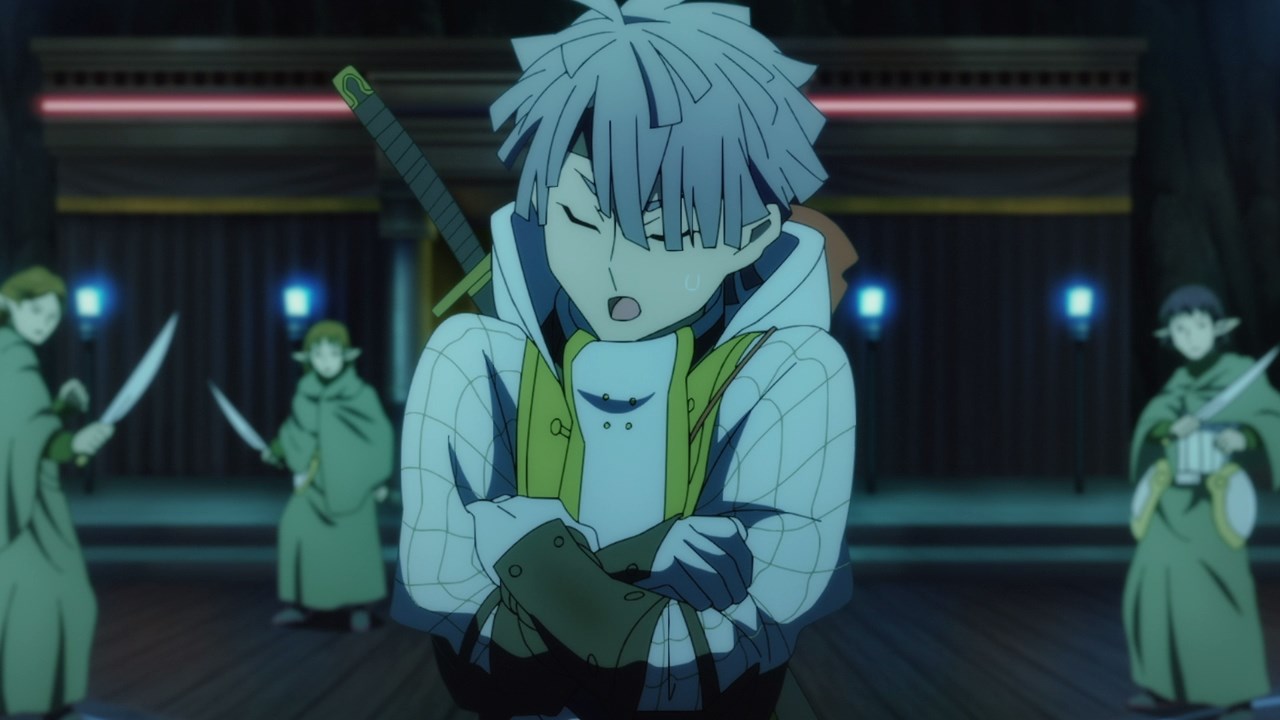 Now let’s move onto the next scene where a ninja named Shinobu Kusama has appeared in the elf village. I wonder what this guy is up to? 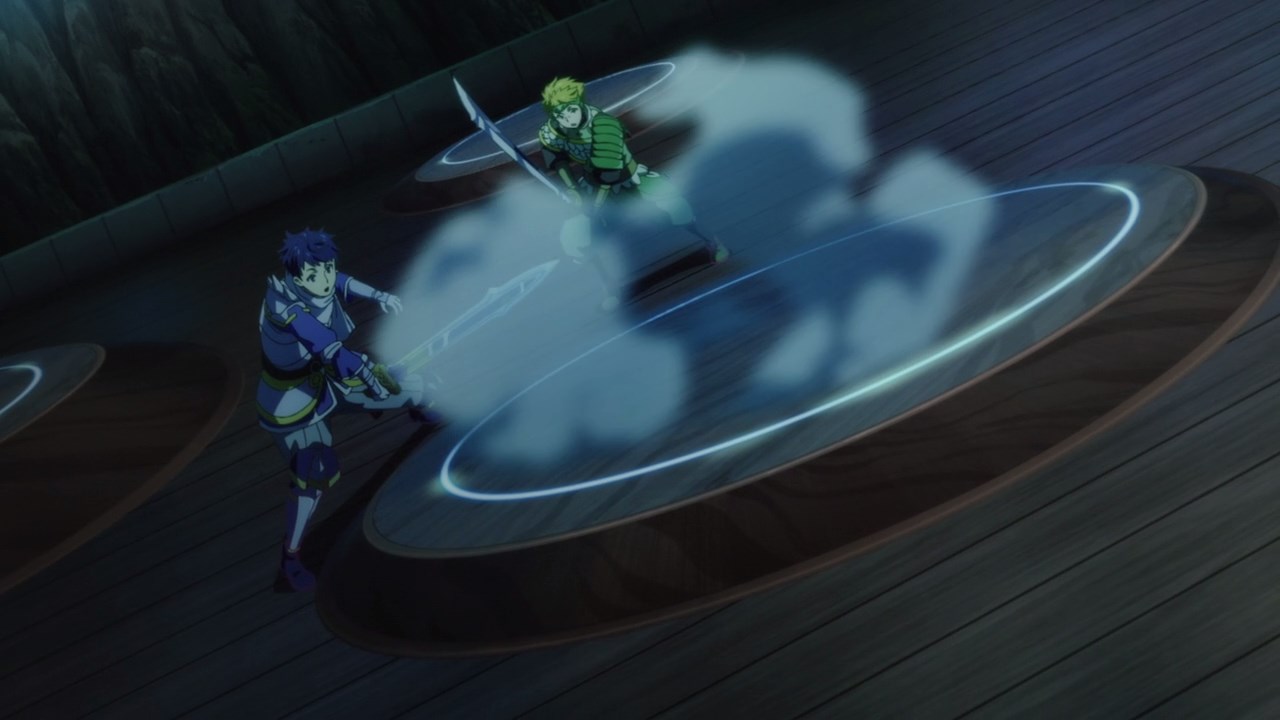 Unfortunately, Shinobu is not here to greet his classmates as he’s on a mission to destroy the teleportation device, meaning that he’s working with Hugo Baint Renxandt or possibly the administrators.

And it gets worse when neither Schlain nor Kunihiko couldn’t stop him. I mean, Shinobu is a ninja after all! 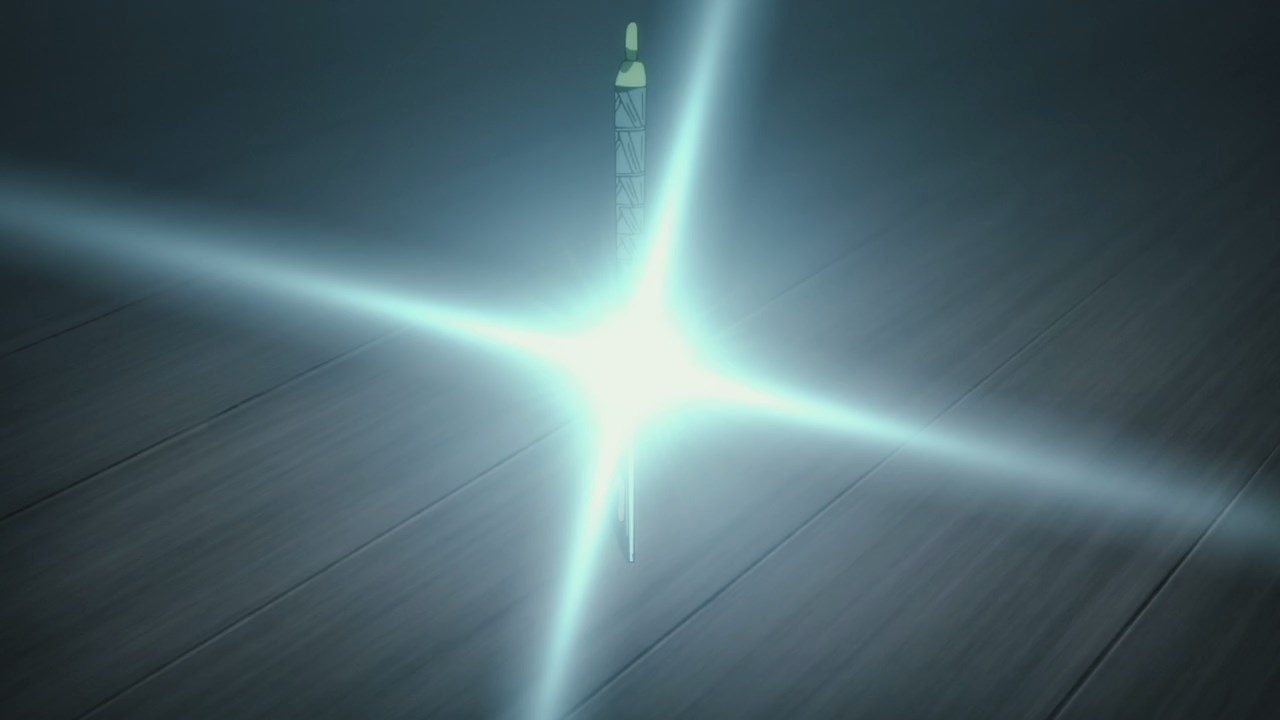 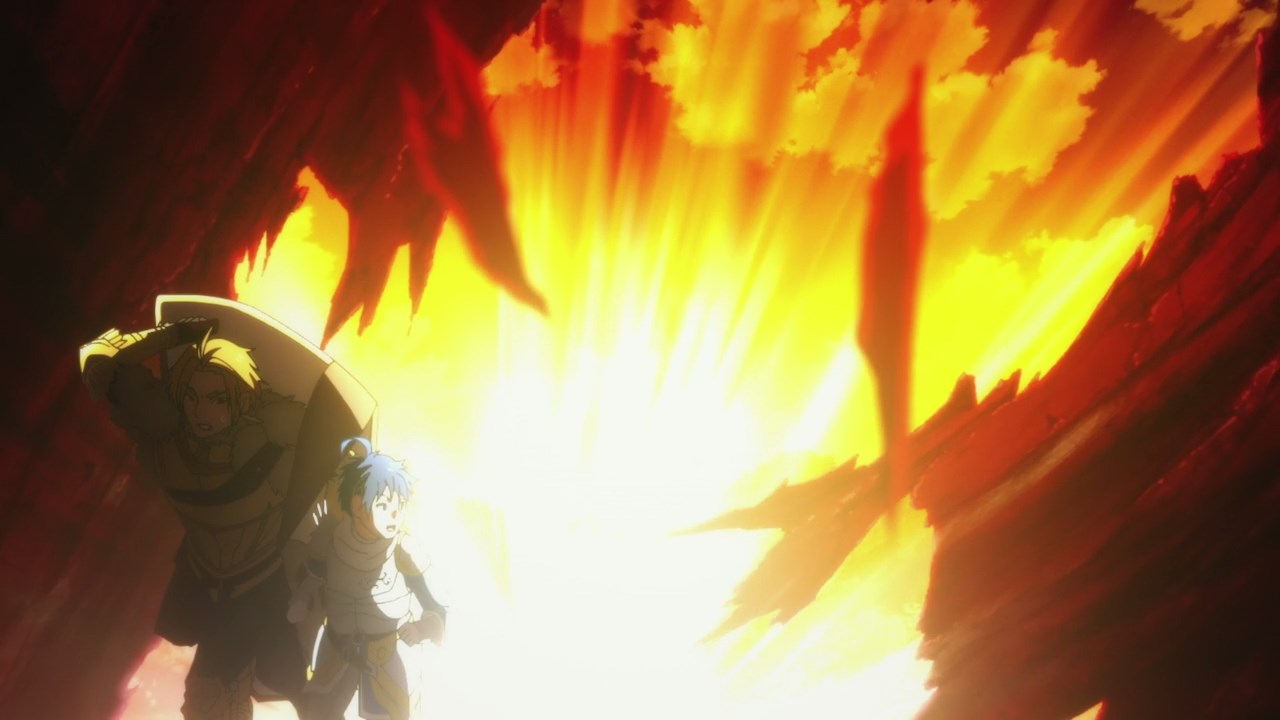 But yes, it appears that Shinobu destroyed the teleportation device, meaning that Schlain and his party can’t get out but what about the barrier? 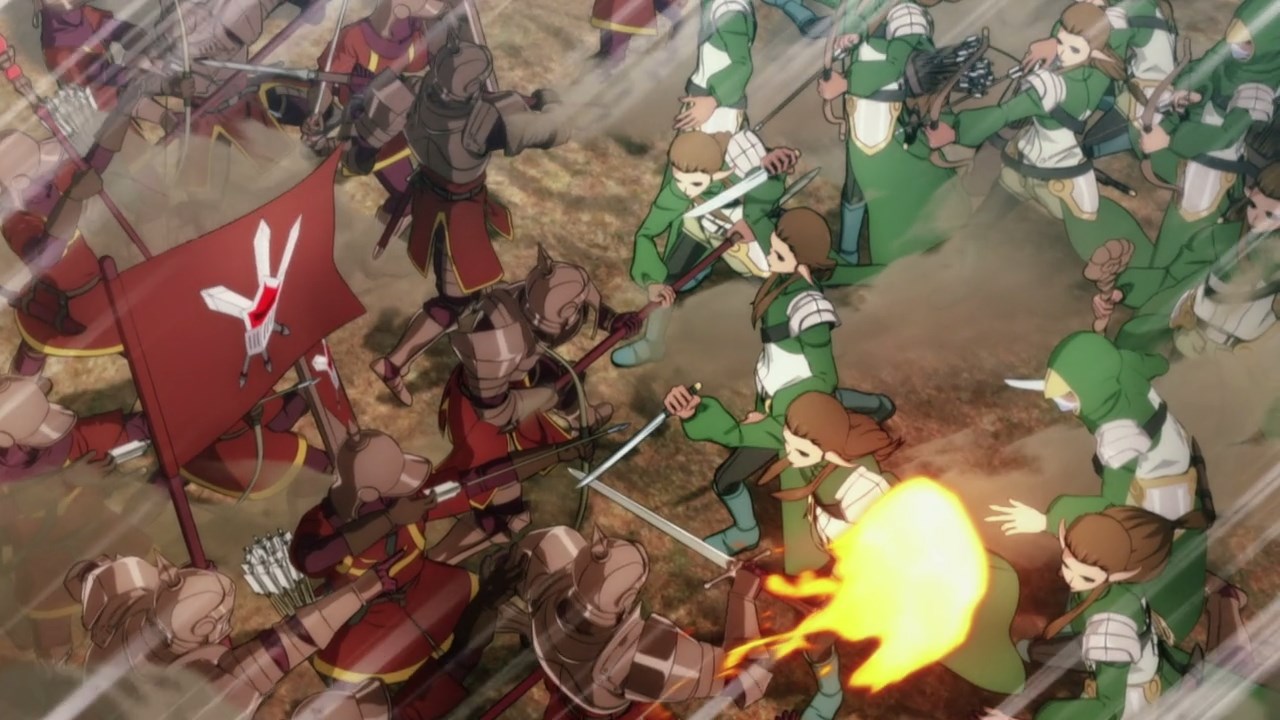 Well, someone already took care of it as Hugo and his army have engage with the elves. I have to say that it’s gonna be a bloody battle. 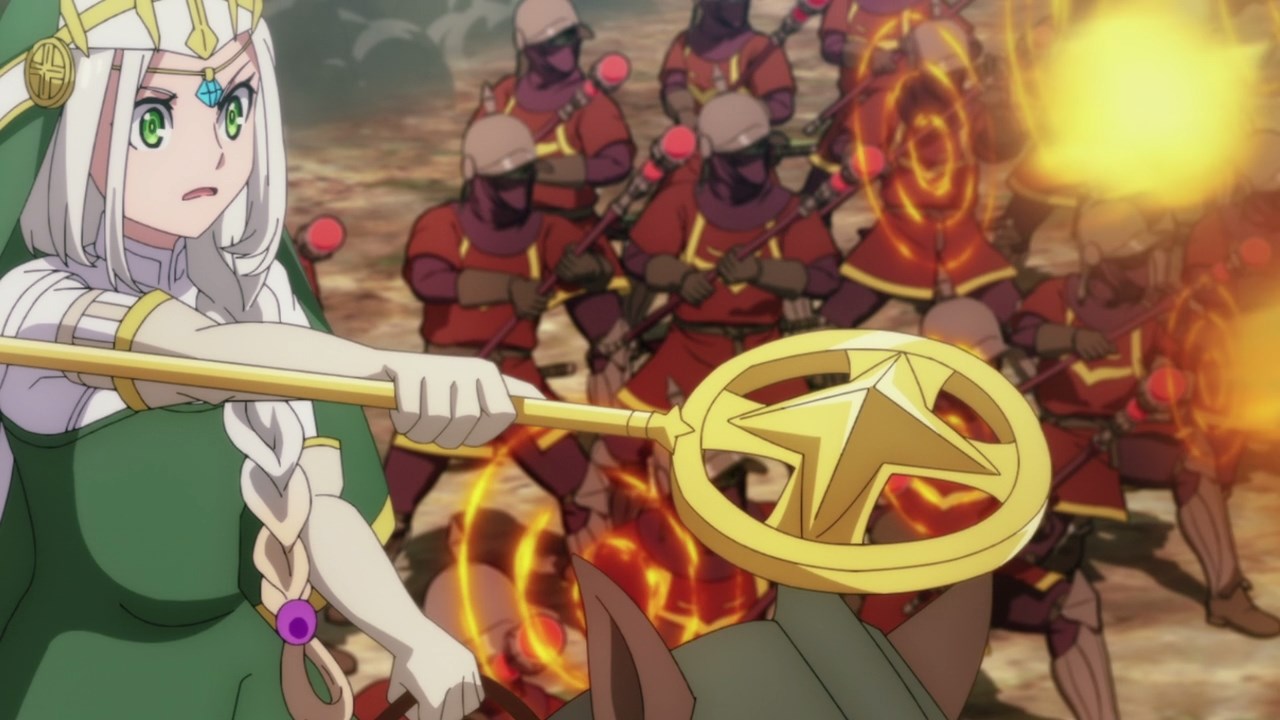 Oh yeah, here’s Yurin Ullen (or Yuika Hasebe) where she leads her troops as it’s her duty as a devout follower of the Word of God. 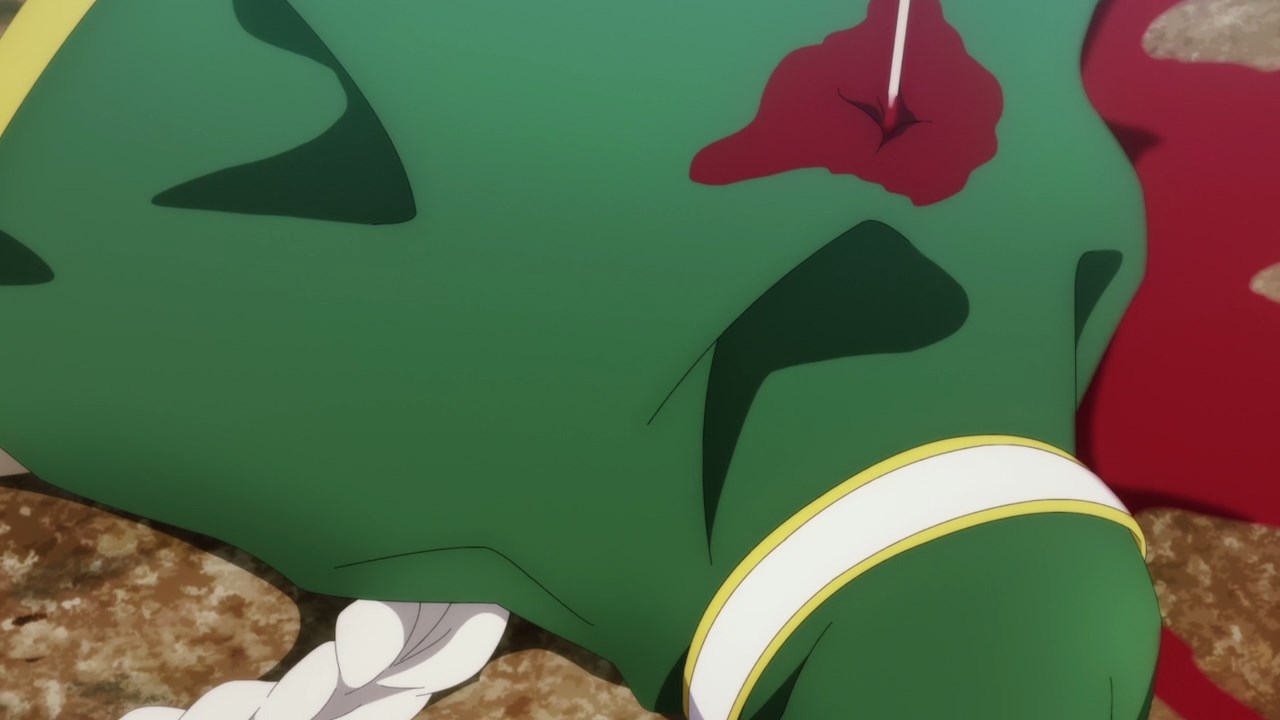 Sadly, Yurin got killed instantly by Filimos. I hardly knew about this girl but man, it’s sad that Yurin didn’t open her eyes on the truth. 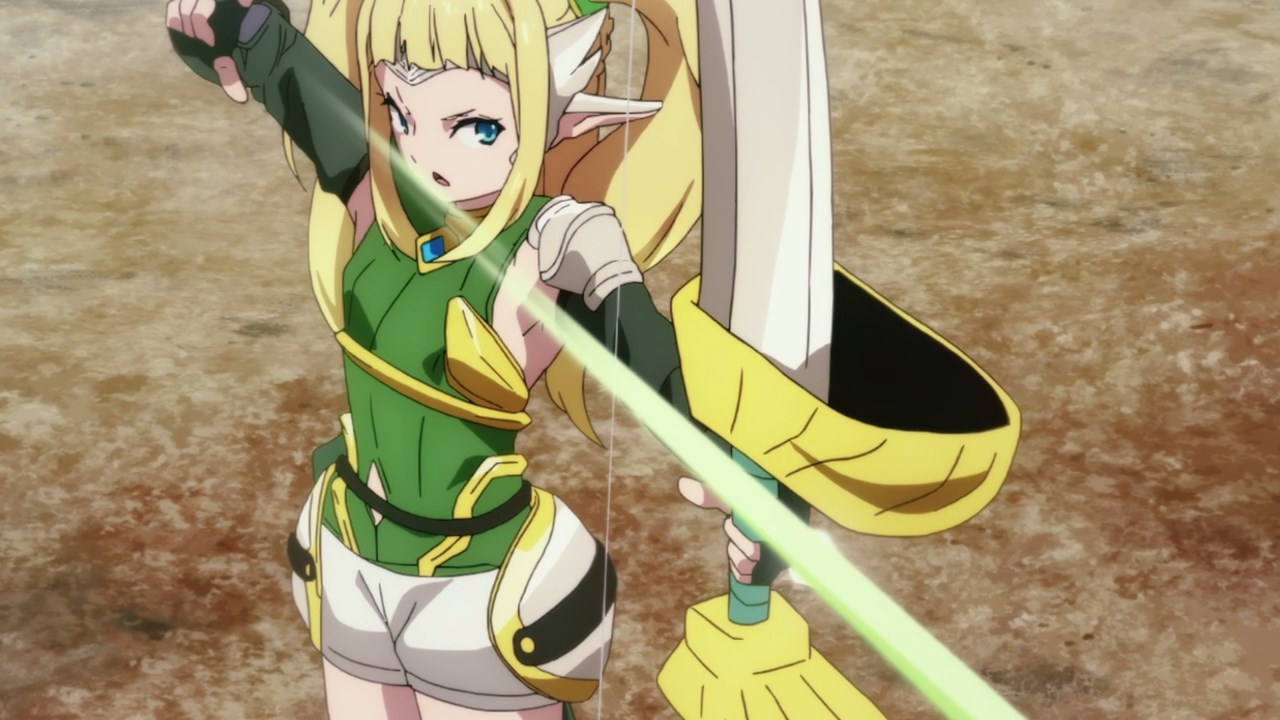 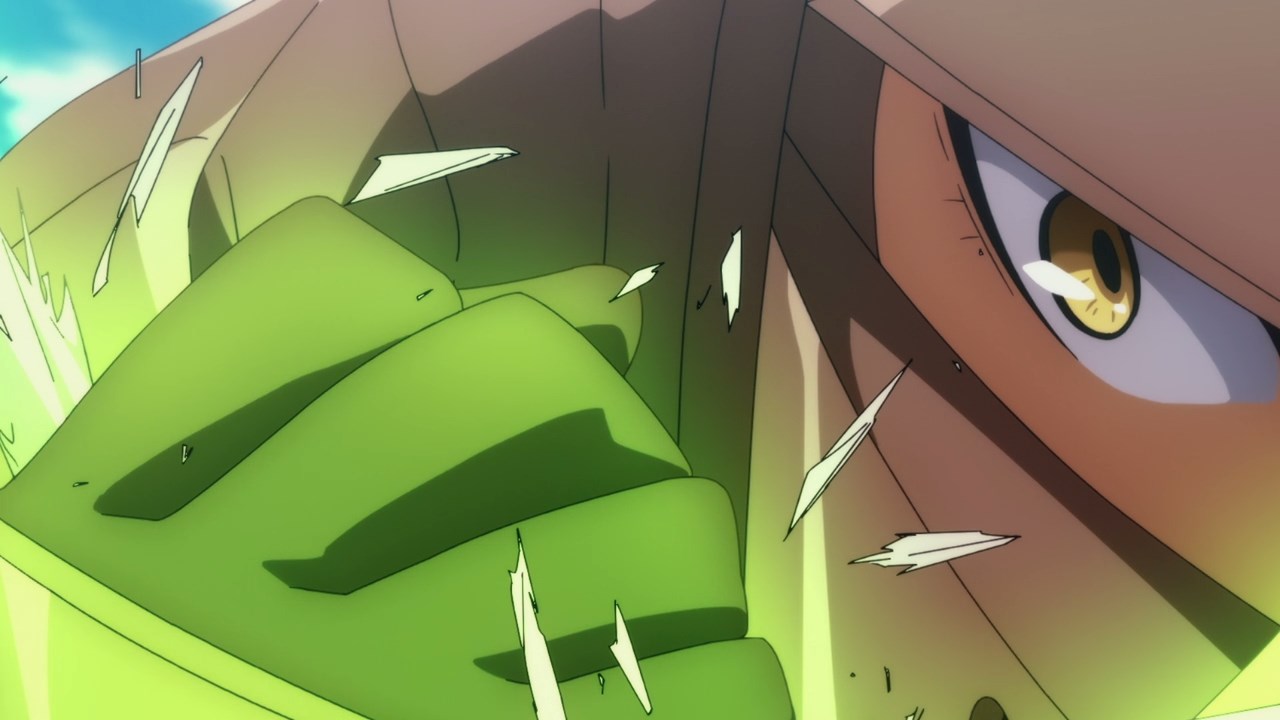 Meanwhile, here’s Filimos where she’s fighting Hugo as we speak, although Hugo is no longer the person he used to be. 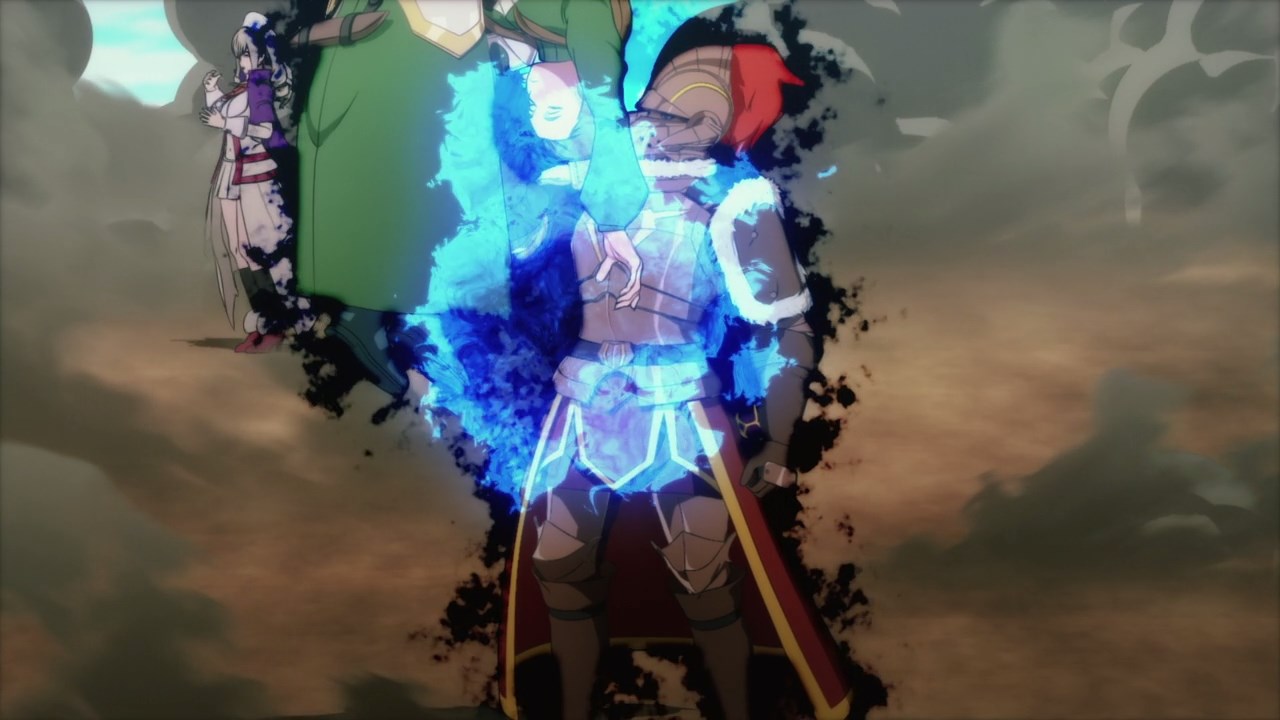 Thanks to Sophia Keren’s help, Hugo Baint Renxandt gained the aspects of both Lust and Greed, meaning that he’s not only capable of controlling everyone but also steal their abilities. Basically, Filimos couldn’t stand a chance. 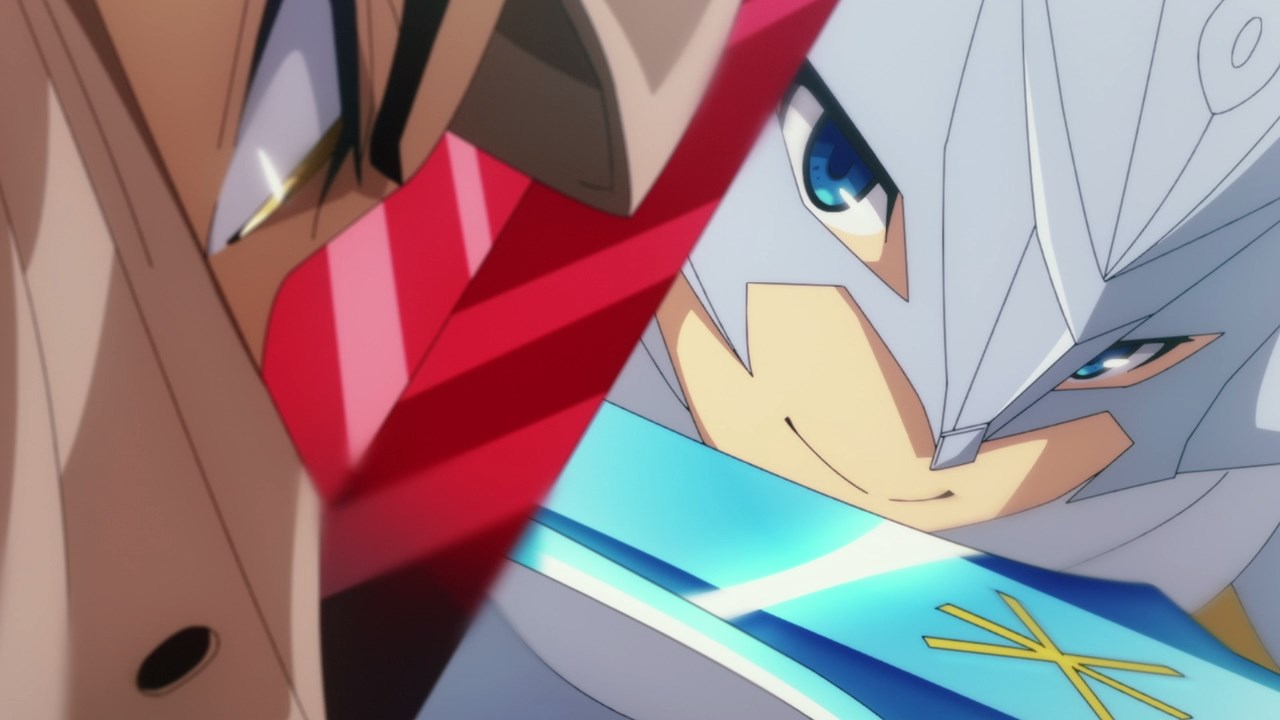 Luckily, Schlain Zagan Analeit has arrived but he’s gonna have a tough battle against Hugo Baint Renxandt. Even if Hugo is defeated, there’s still a few people who wanted Schlain’s head.

But that’s the end of this episode and while it’s sad that Ms. Spider is nowhere to be found, this is basically the final battle for Schlain and his friends. Maybe on the next episode, Ms. Spider will be featured as she’ll fight Ariel soon!