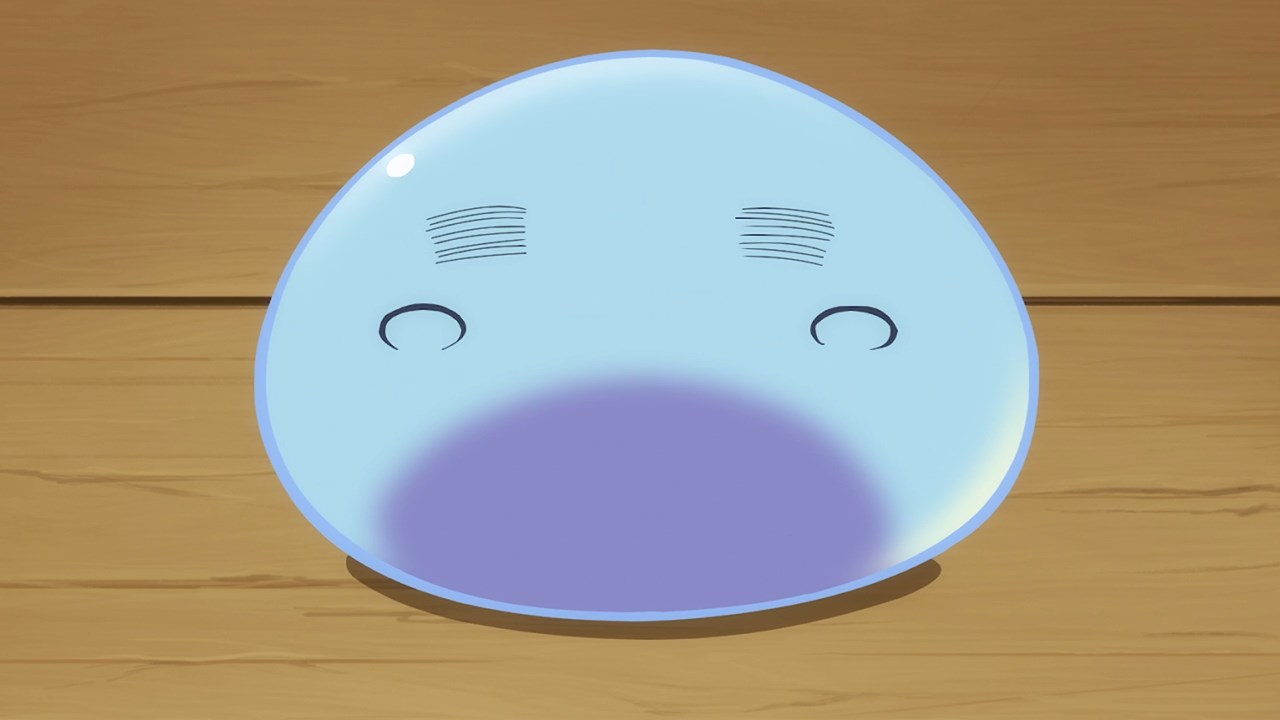 Oh look what we have here, it appears that there’s a slime inside Azusa Aizawa’s house… except that it’s actually Falfa where the slime spirit is reverted back into her slime form.

Azusa tries to restore Falfa into her human form, but failed to do so. 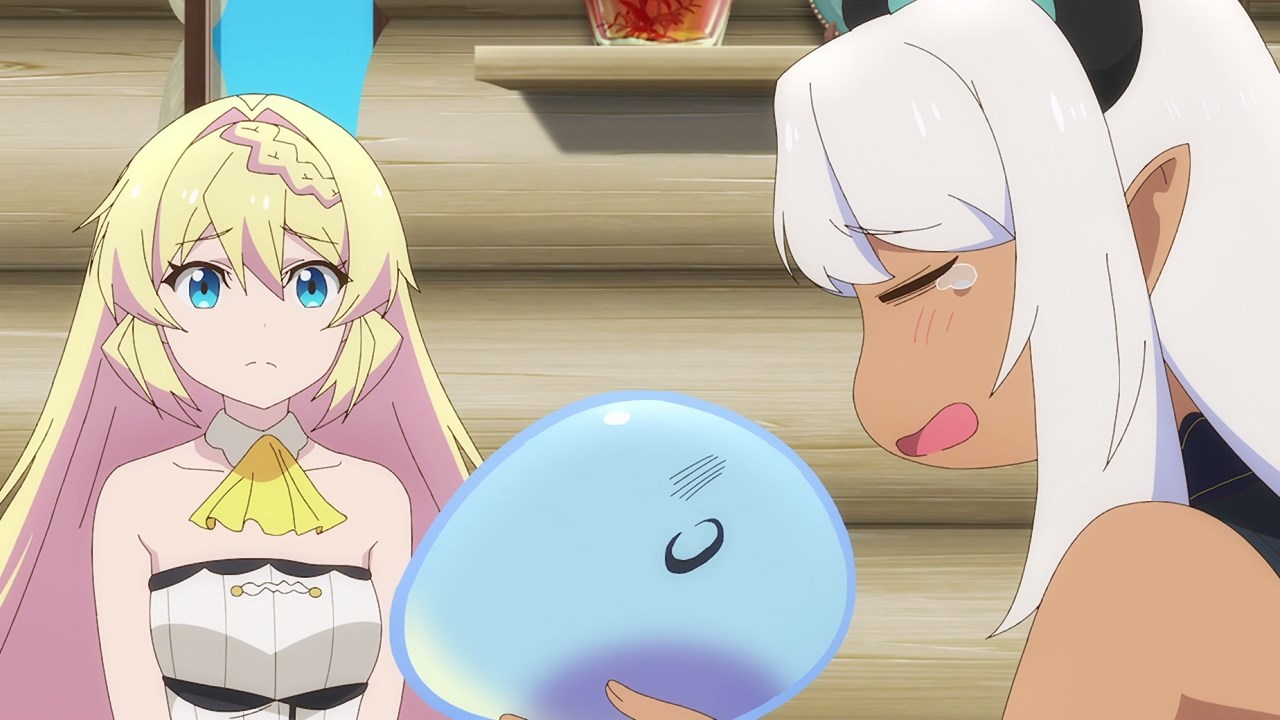 So, Azusa called Beelzebub for help but even the demon lady couldn’t turn Falfa into her human form. Looks like they need to search for the right person on restoring Falfa. 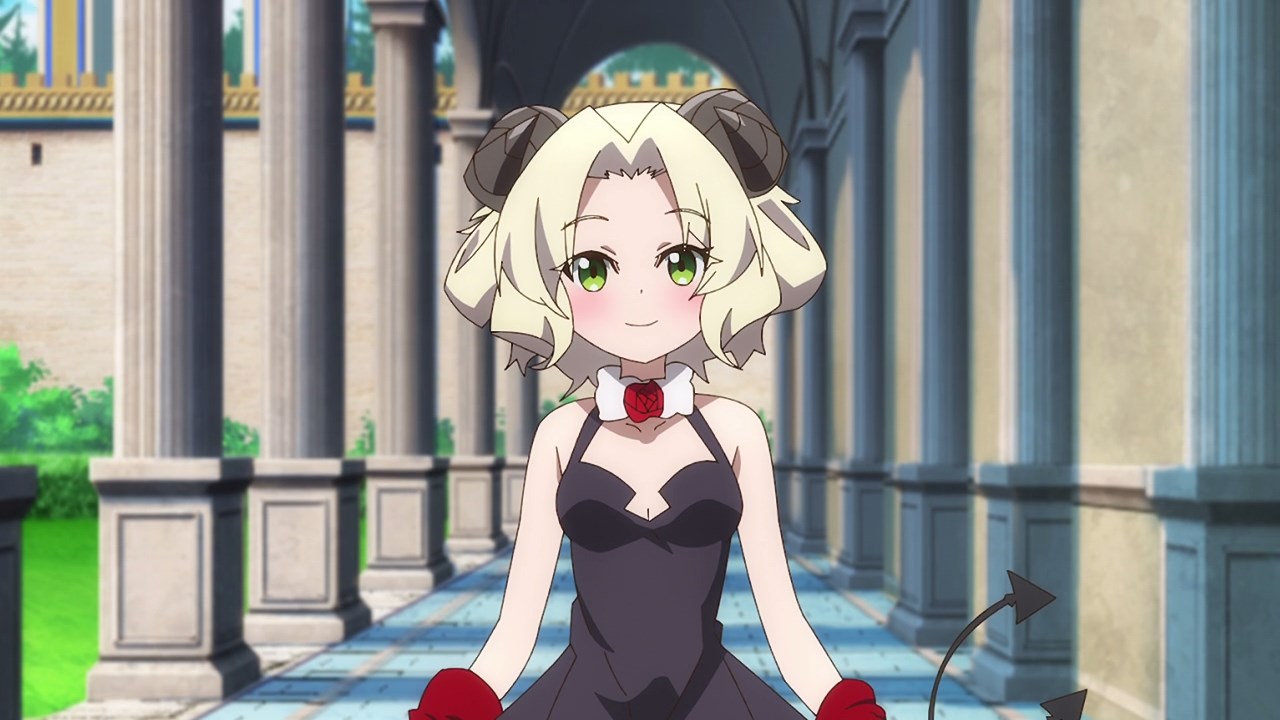 Now then, let’s return to the demon world where Azusa Aizawa and her family met Provat Pecora Allières again, although the queen of all demons wants a kiss from the Witch of the Highlands. 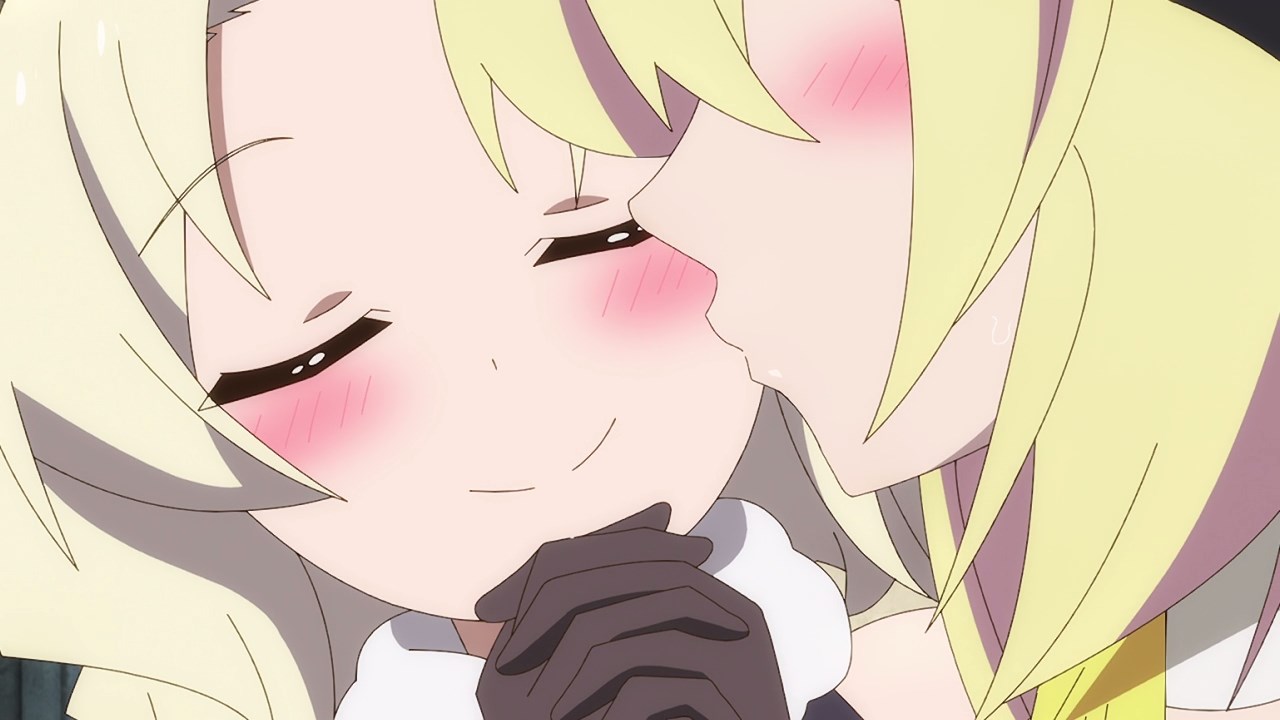 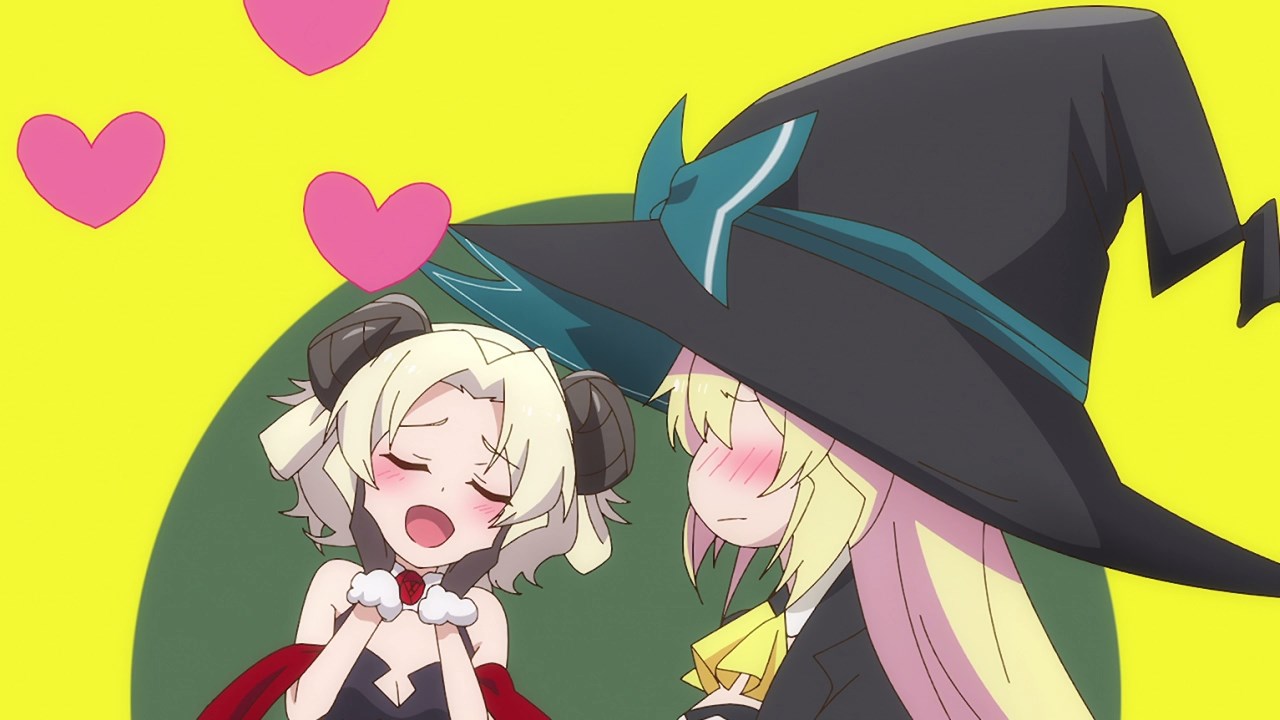 But as you can see, Azusa kissed Lord Pecora to the cheek in which she’s very much love-struck. The only thing missing is the wall slam but anyways, time to find some clues on bringing Falfa back to her human form… 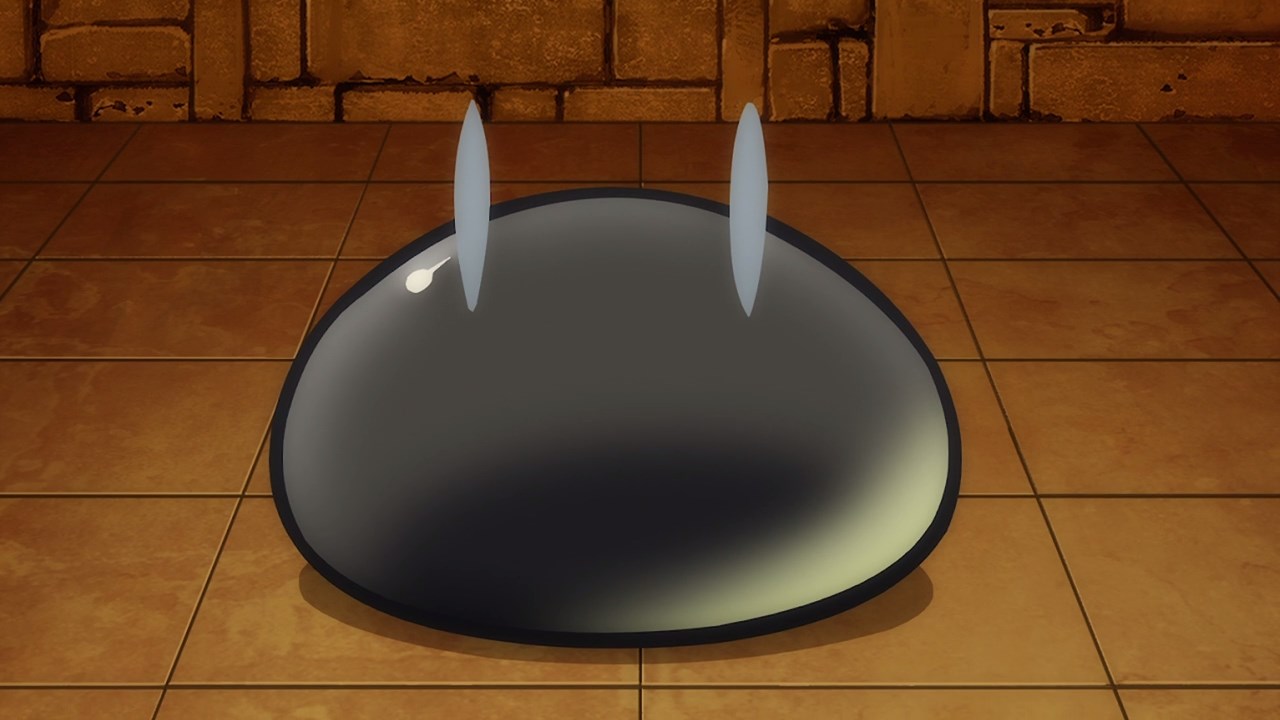 …starting with the Intelligent Slime (or Intellie) for short where it knows everything despite being a slime. 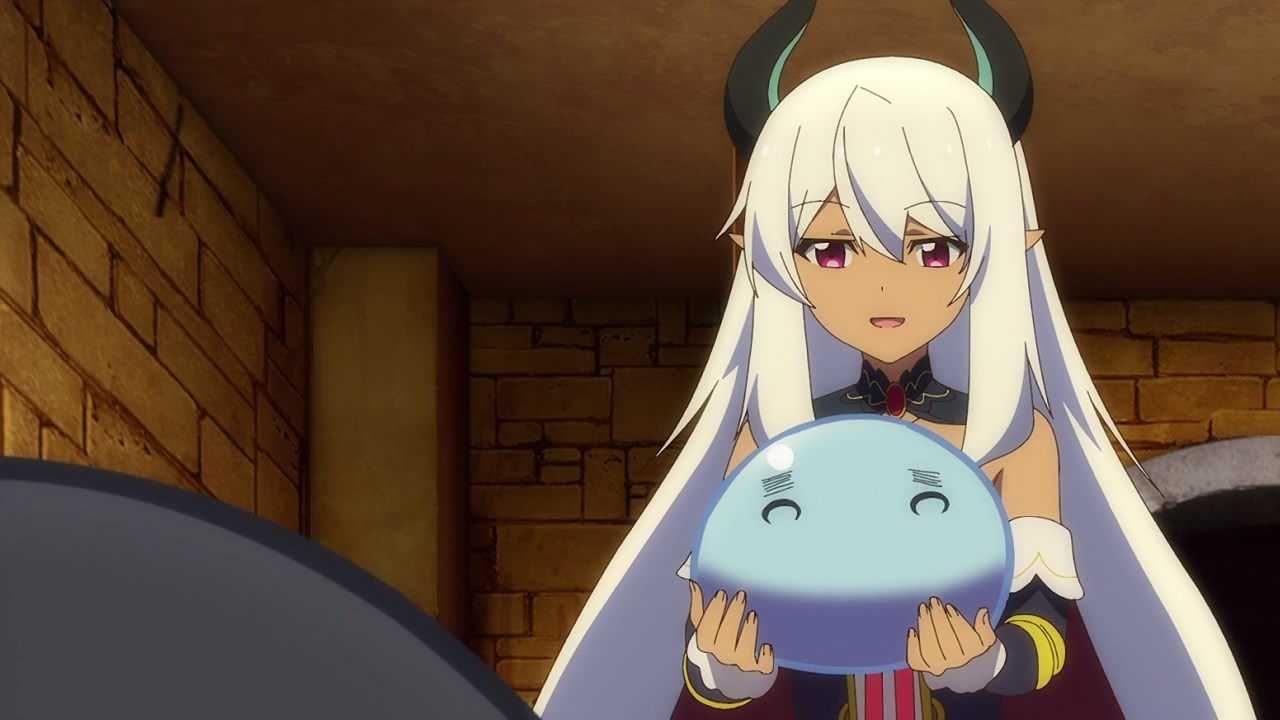 Now then, here’s Beelzebub where she asked the Intelligent Slime on how to cure Falfa. However, Intellie has one answer… 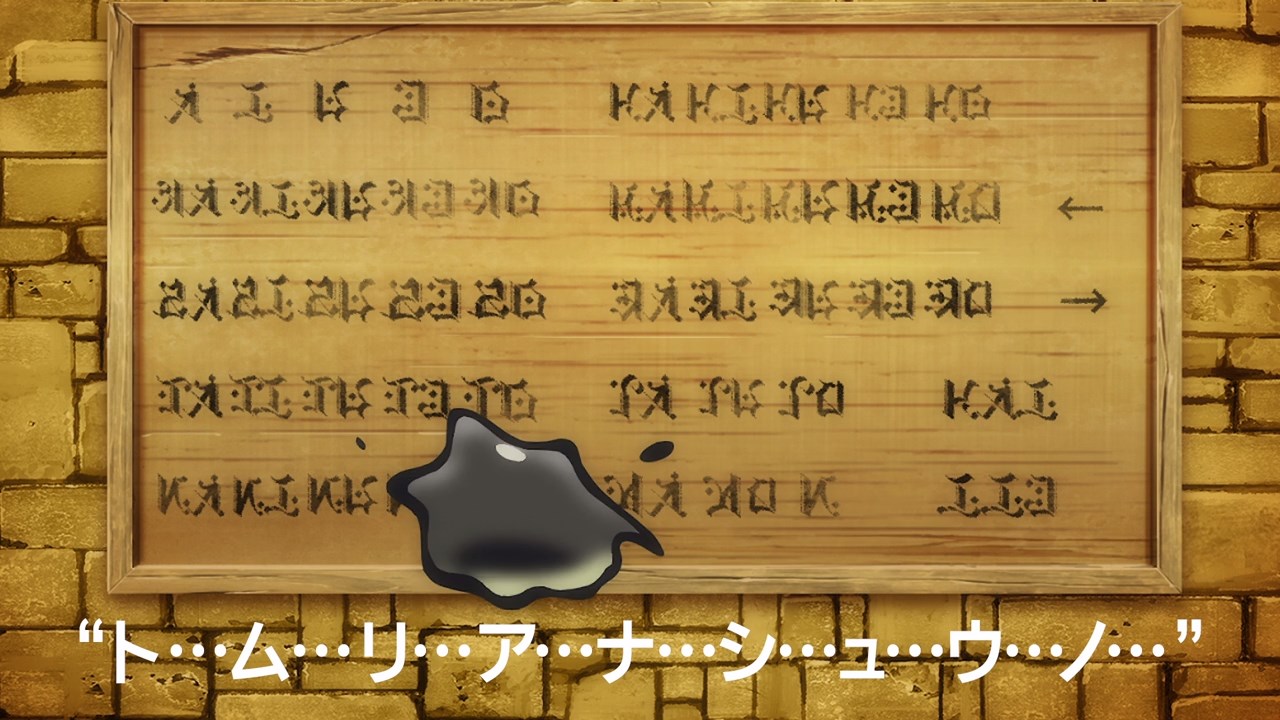 And that’s by taking them to the Tomuriana Province’s tallest mountain where the Magician Slime resides there. I guess the Intelligent Slime doesn’t know the answer at all. 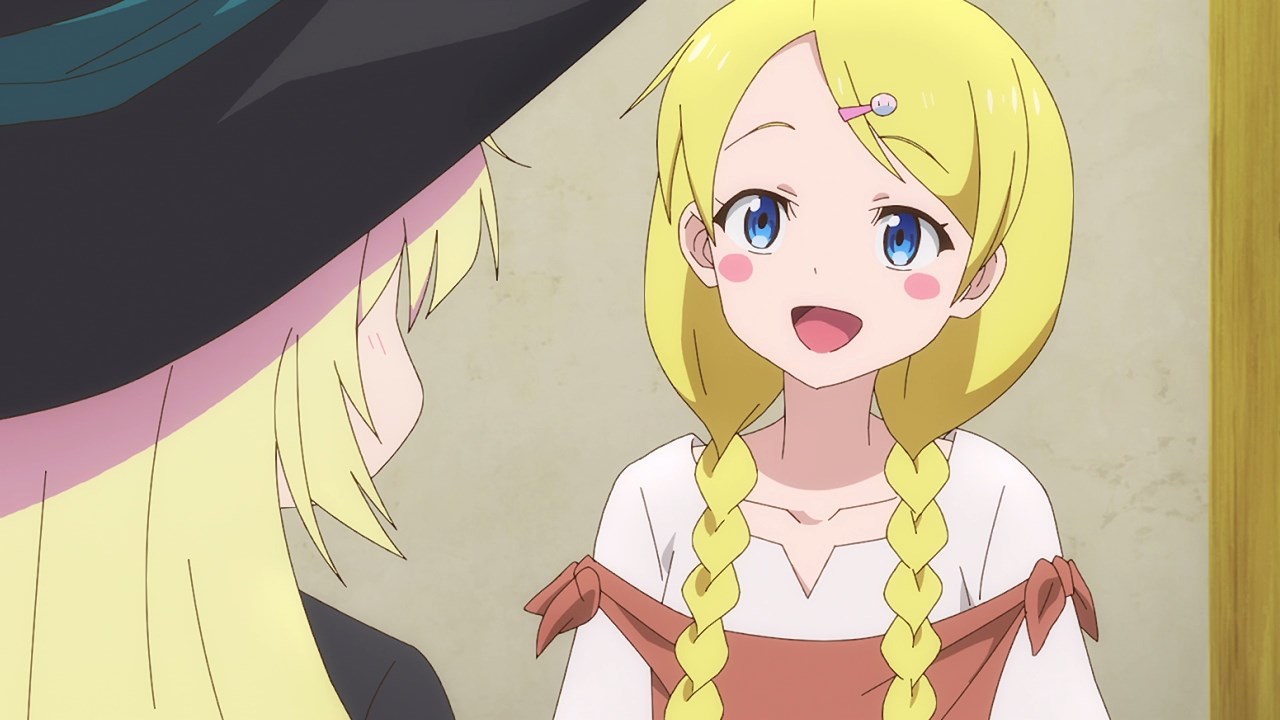 Now then, here’s the Magician Slime (or Magie) where she’s currently in her human form. And here’s the thing though as Magie explained that Falfa can’t return to her human form is because she strained her muscle. 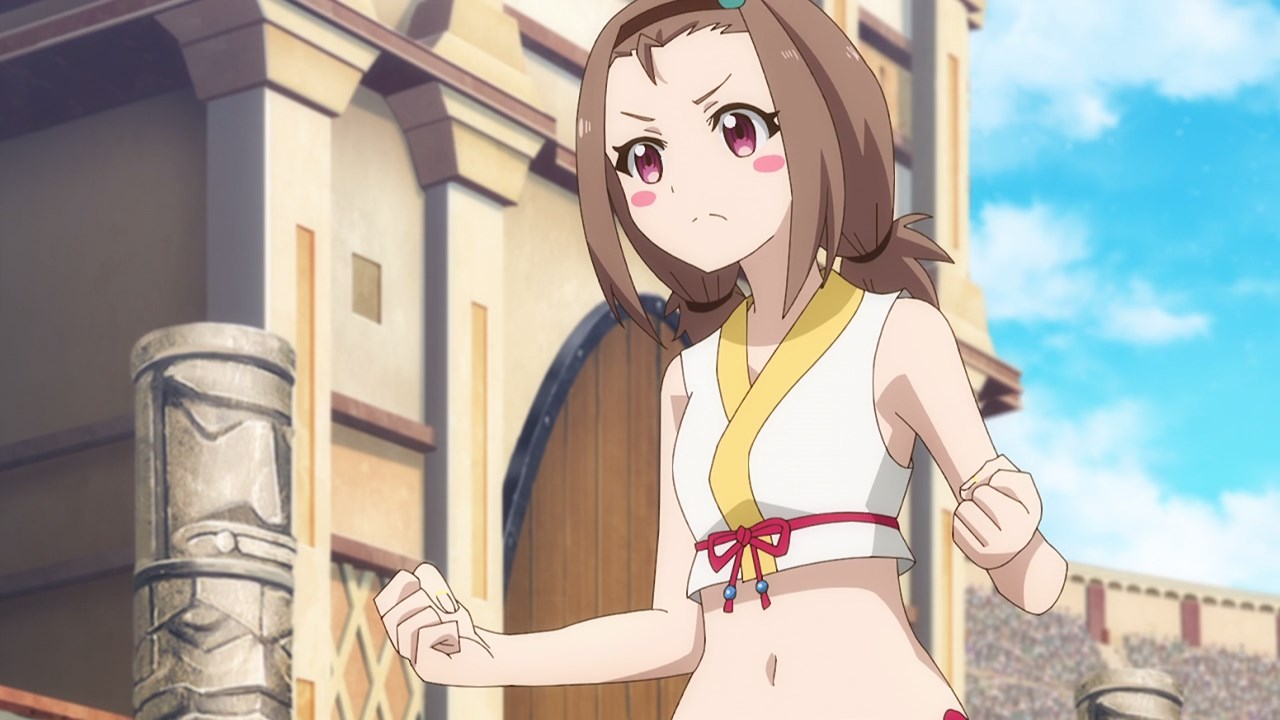 But here’s Fightie where she’s about to fight her next opponent and win the tournament. 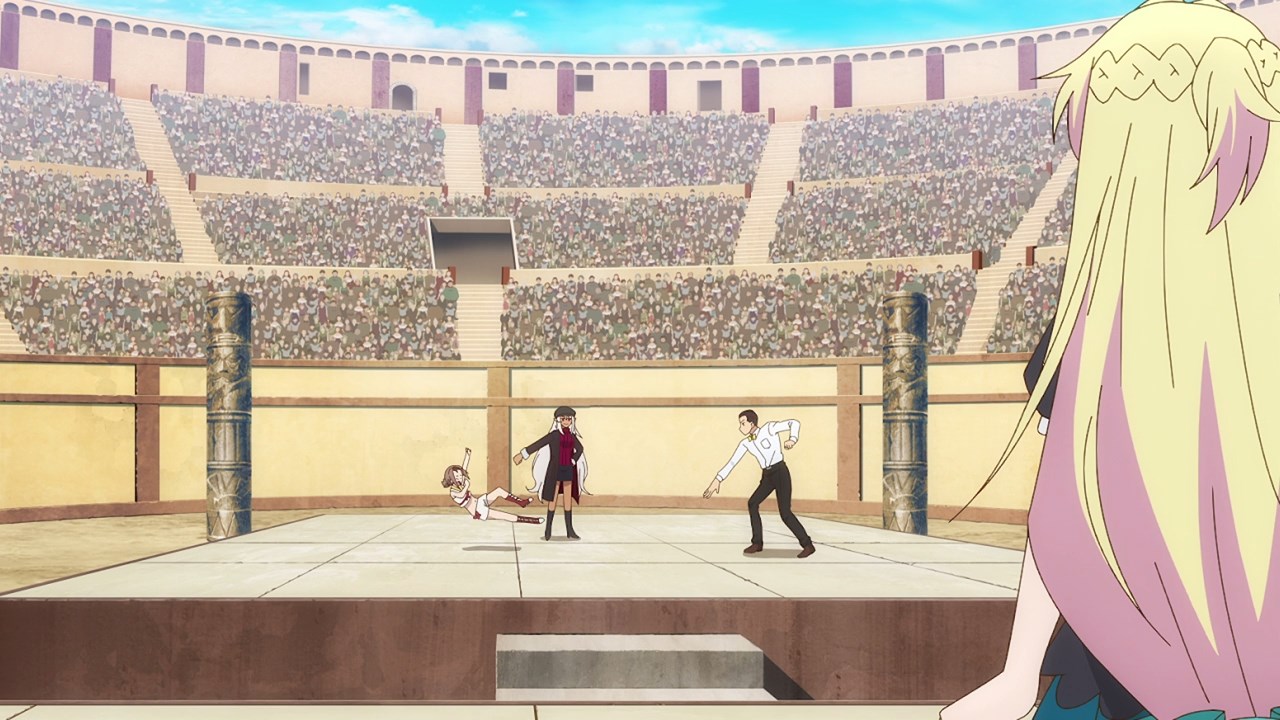 Except that the Fighting Slime is easily defeated by an unknown fighter. Well, it makes sense since slimes are the weakest monster every.

Well, it appears that Azusa Aizawa can’t beat Fightie and restore Falfa’s human form ’cause she’s eliminated in the tournament. 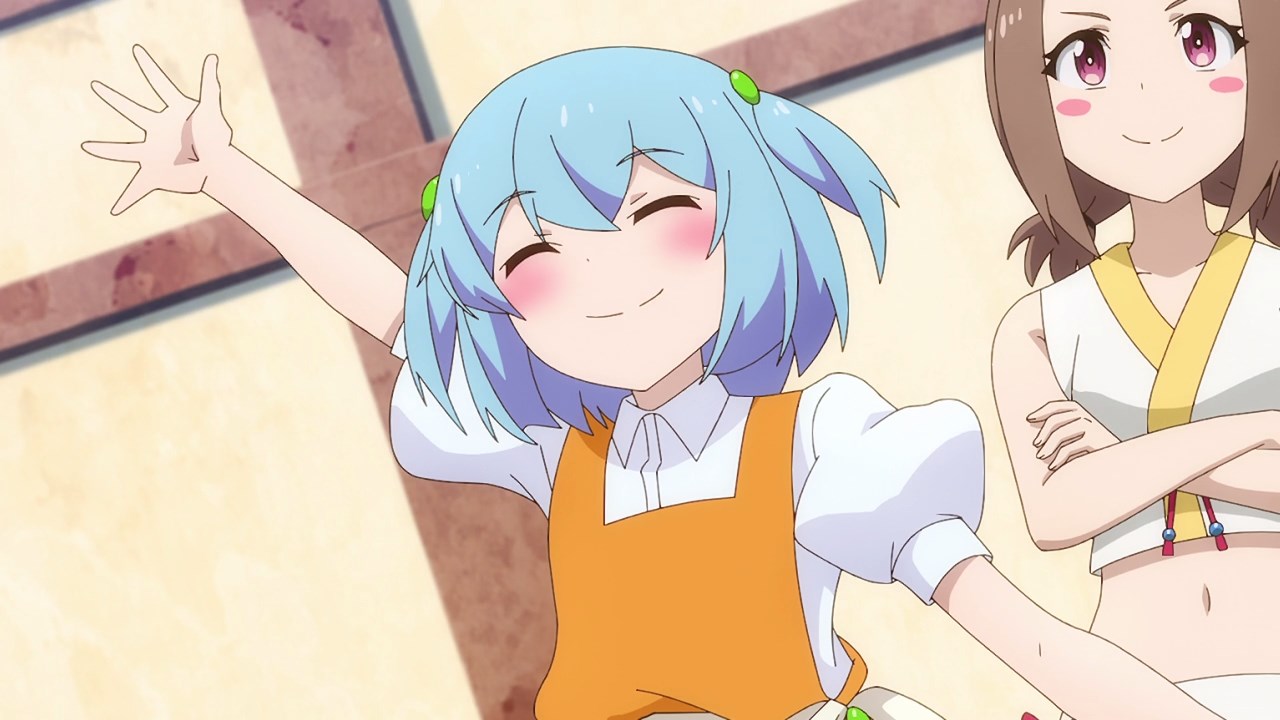 However, it appears that Falfa’s human form is miraculously restored as the Fighting Slime helped her out.

Looks like Azusa won’t have to compete in the tournament anymore but then again, someone wants to take the Witch of the Highlands. 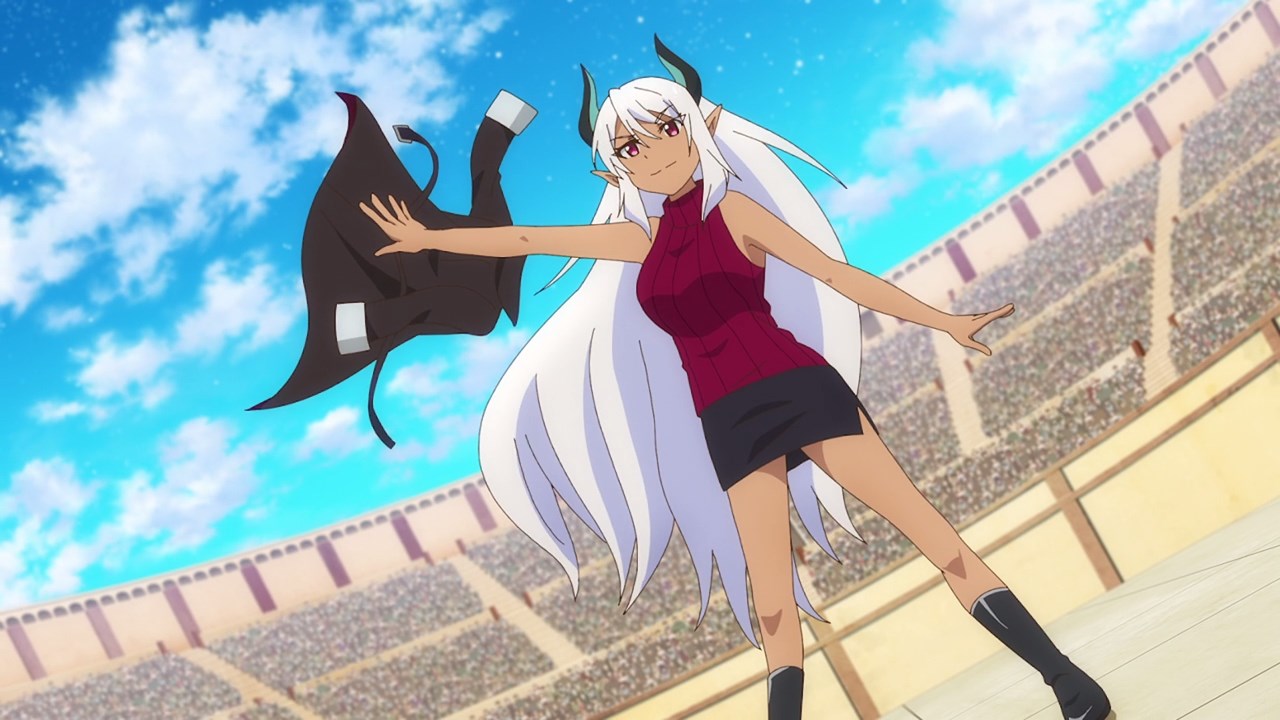 And it turns out that it’s none other than Beelzebub where the demon lady wants a rematch. C’mon, the first battle got a bit lucky for Azusa because of her barrier. 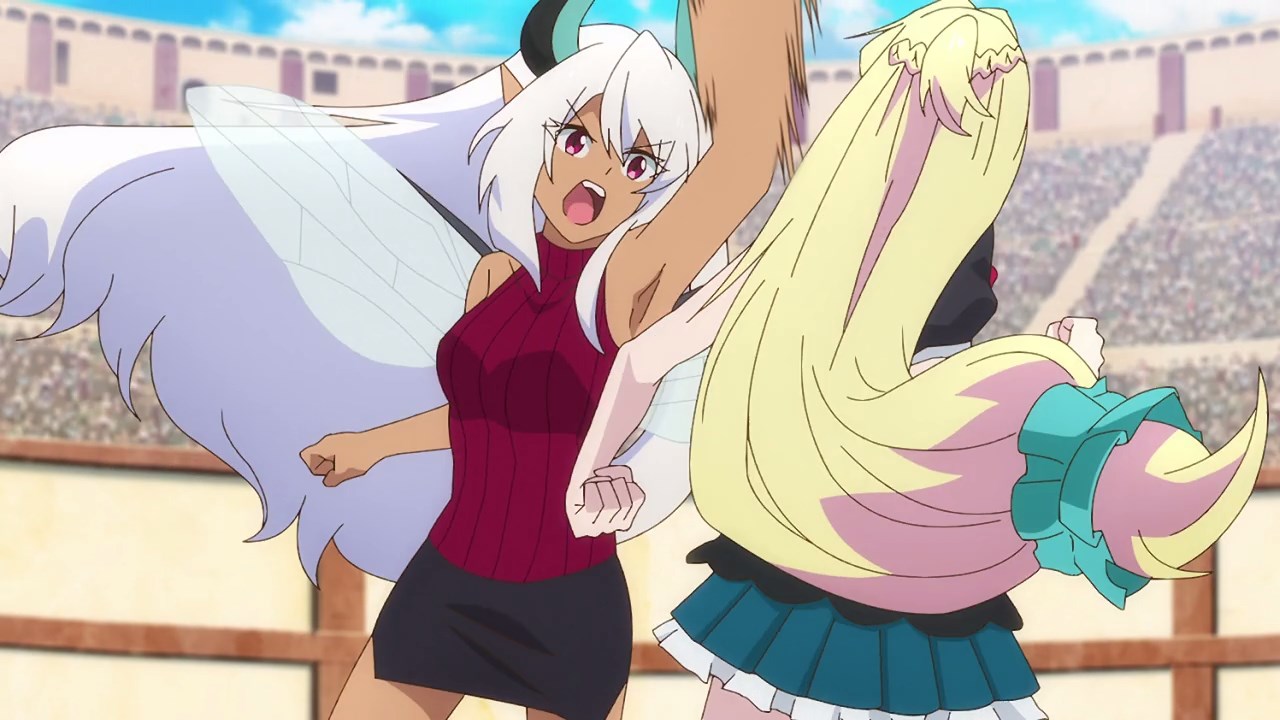 Anyways, it’s time for Round 2 between Beelzebub and Azusa Aizawa where the demon lady relentlessly attacks the Witch of the Highlands. 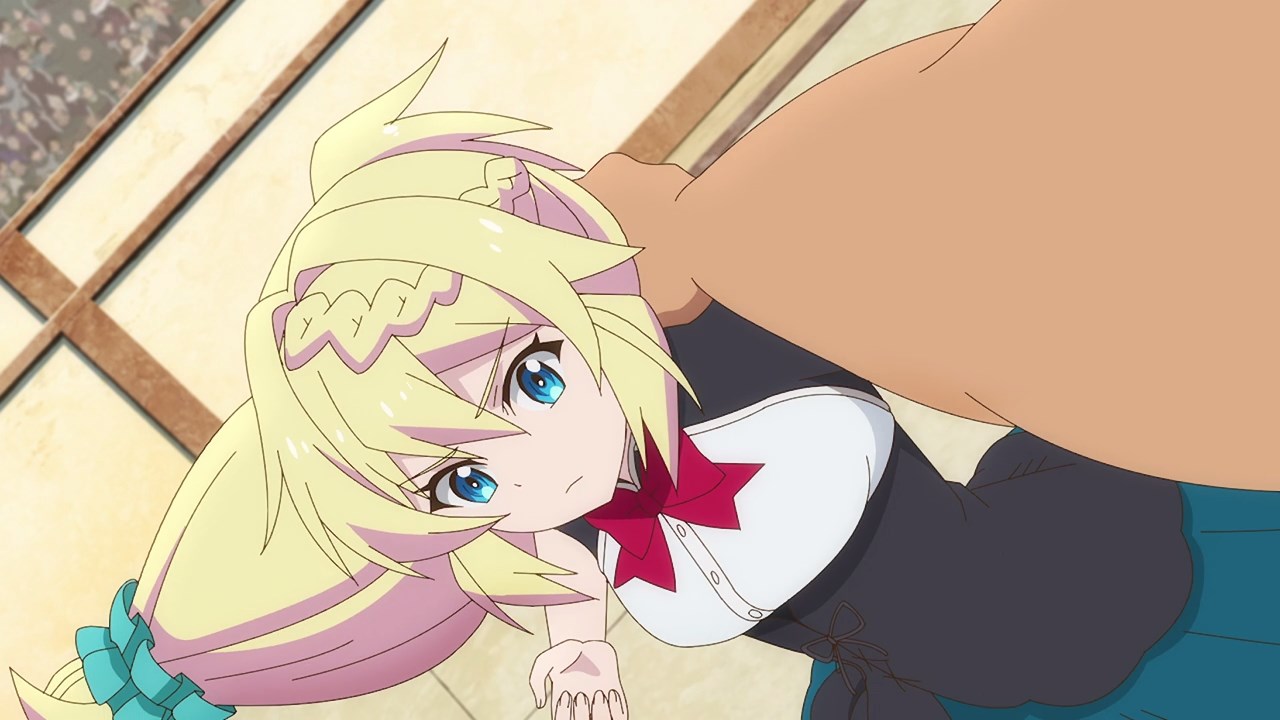 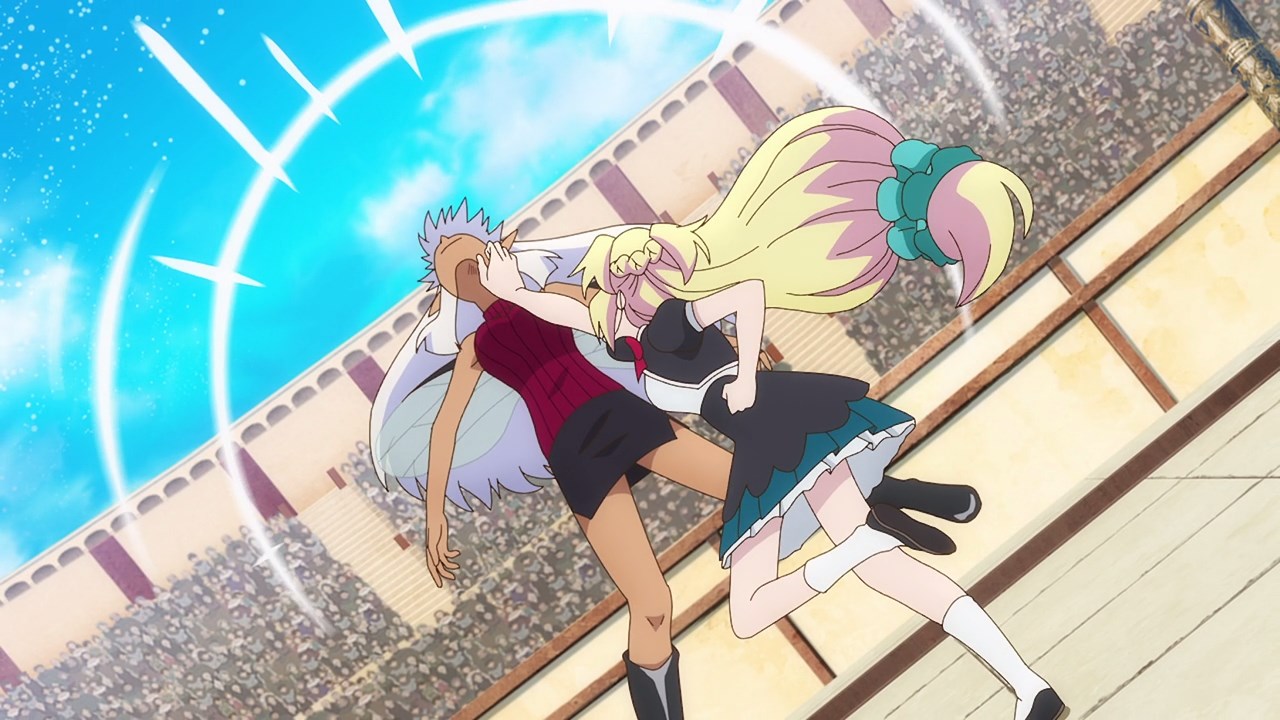 Unfortunately, Azusa proved to be the strongest being in the fantasy world as she defeats Beelzebub. Looks like the demon lady should get stronger if she has a chance against Azusa. 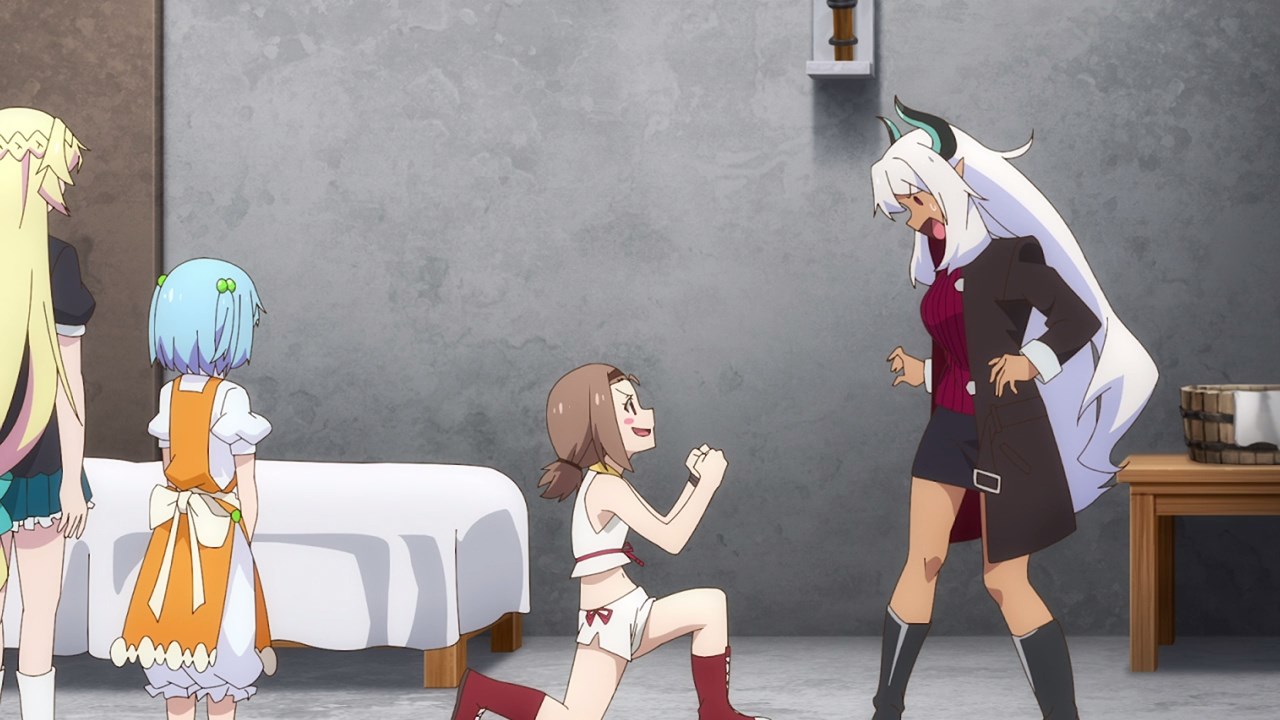 On the other hand, looks like the Fighting Slime wants Beelzebub to become her teacher as she was impressed by the demon lady’s strength. Not surprising since Beelzebub wrecks Fightie in the semi-finals. 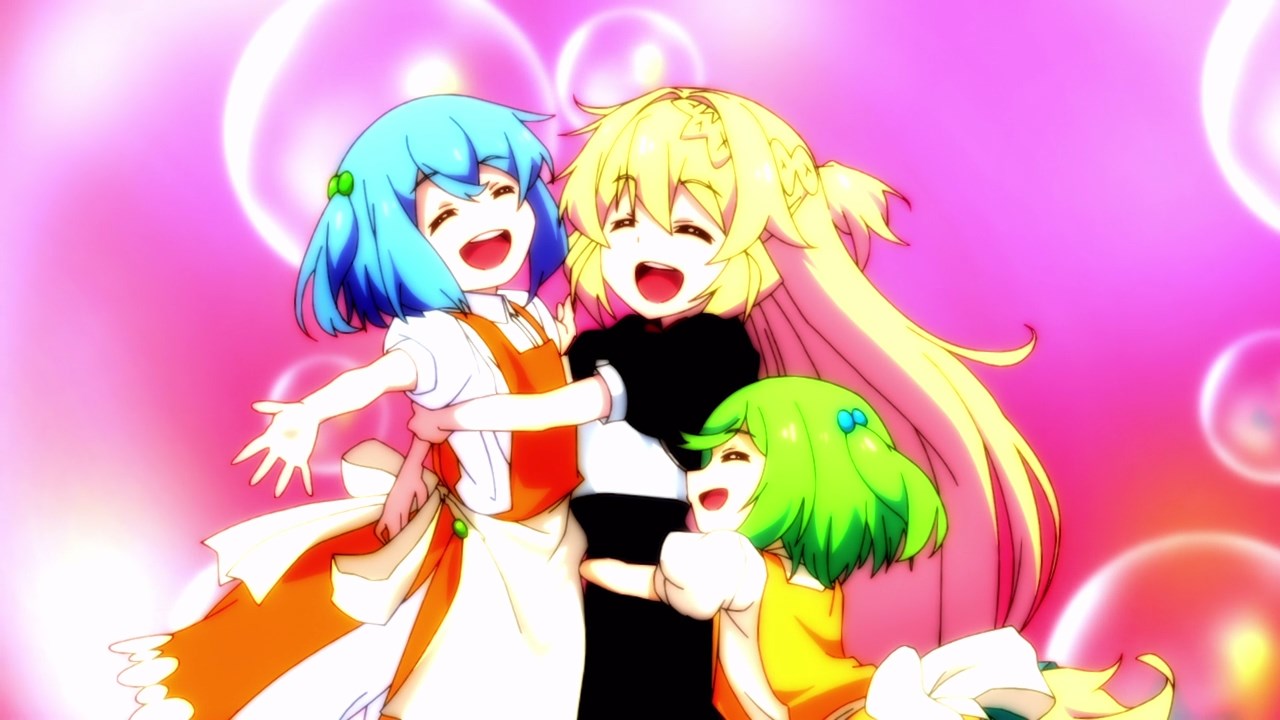