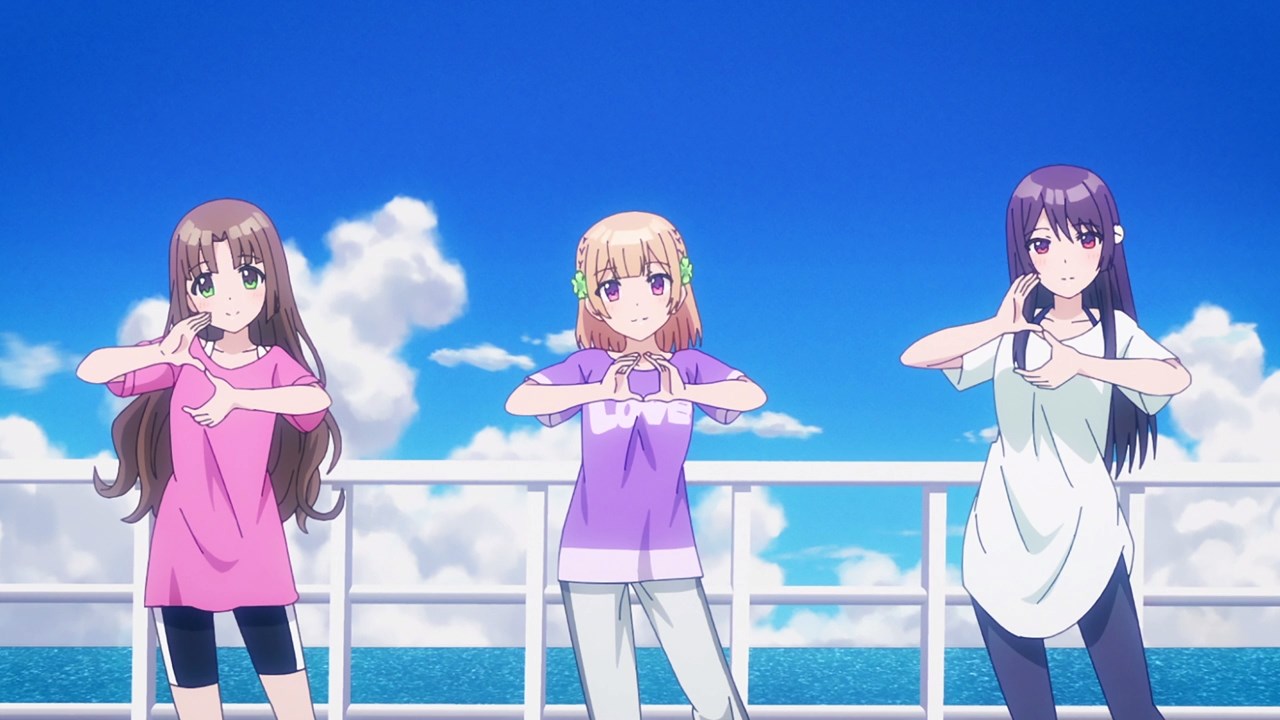 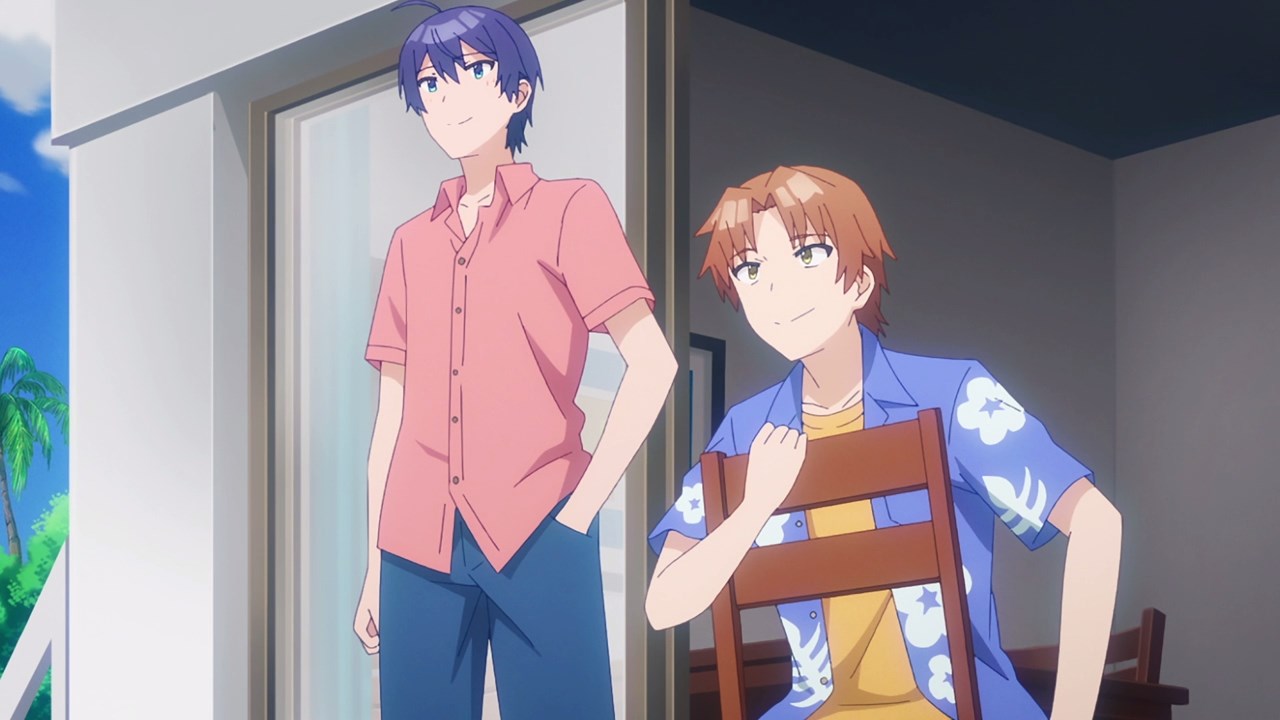 For Sueharu Maru and Tetsuhiko Kai, this is their big opportunity to make their channel popular, although Maru will need to study first. 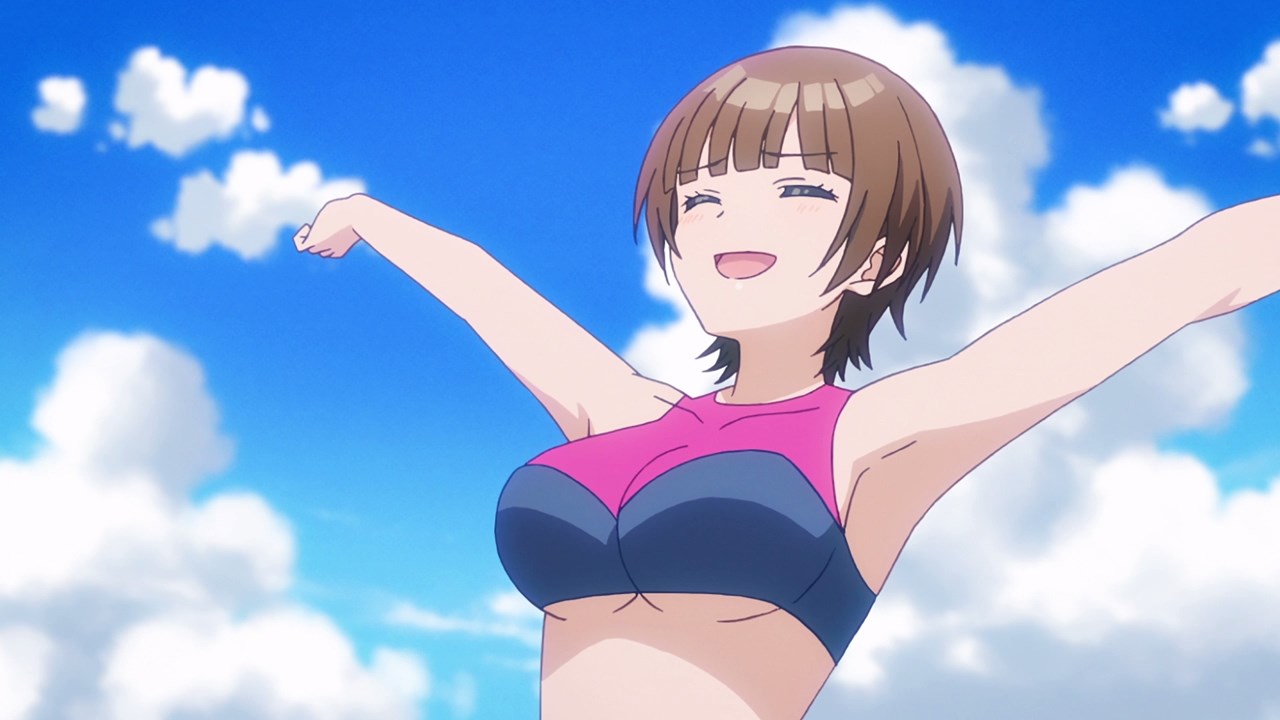 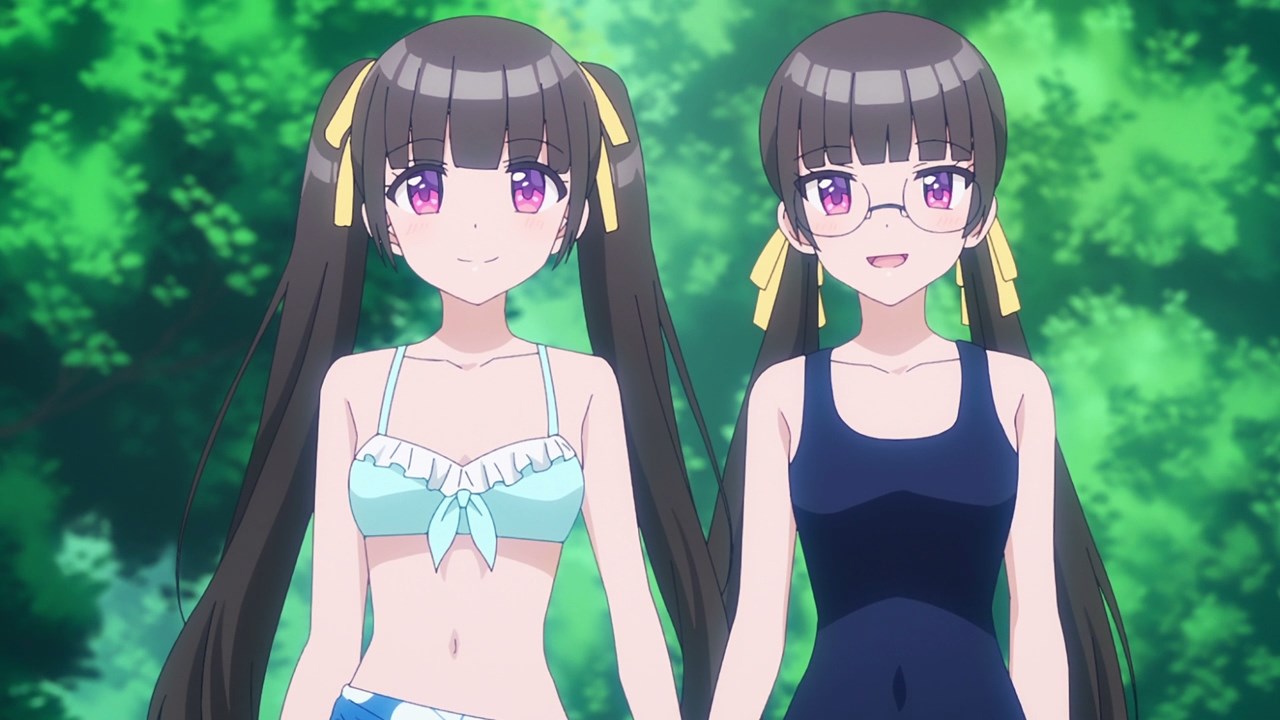 But first, let’s appreciate the beauty of Kuroha’s little sisters as they wearing swimsuits for this occasion, although Midori is a bit bigger than Aoi and Akane. 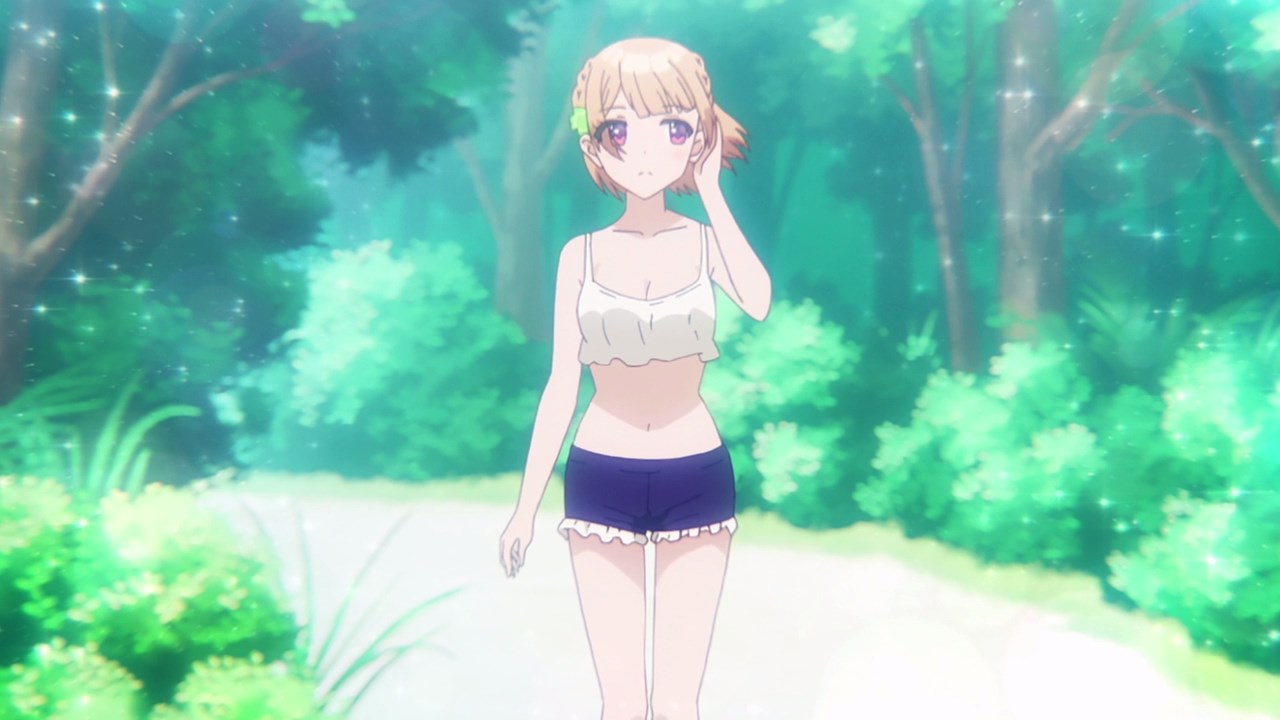 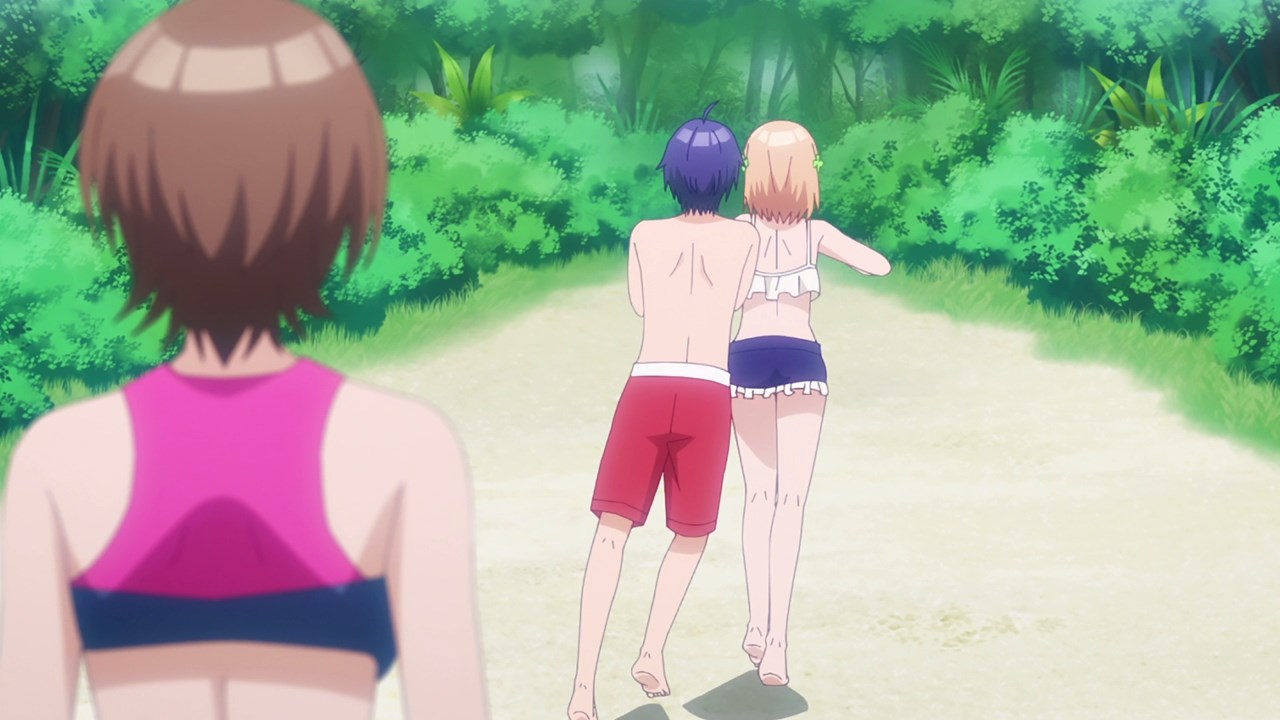 Unfortunately, Sueharu Maru is being dragged by his diabolical childhood friend as he’s about to take the grueling study lesson from Kuroha Shida. 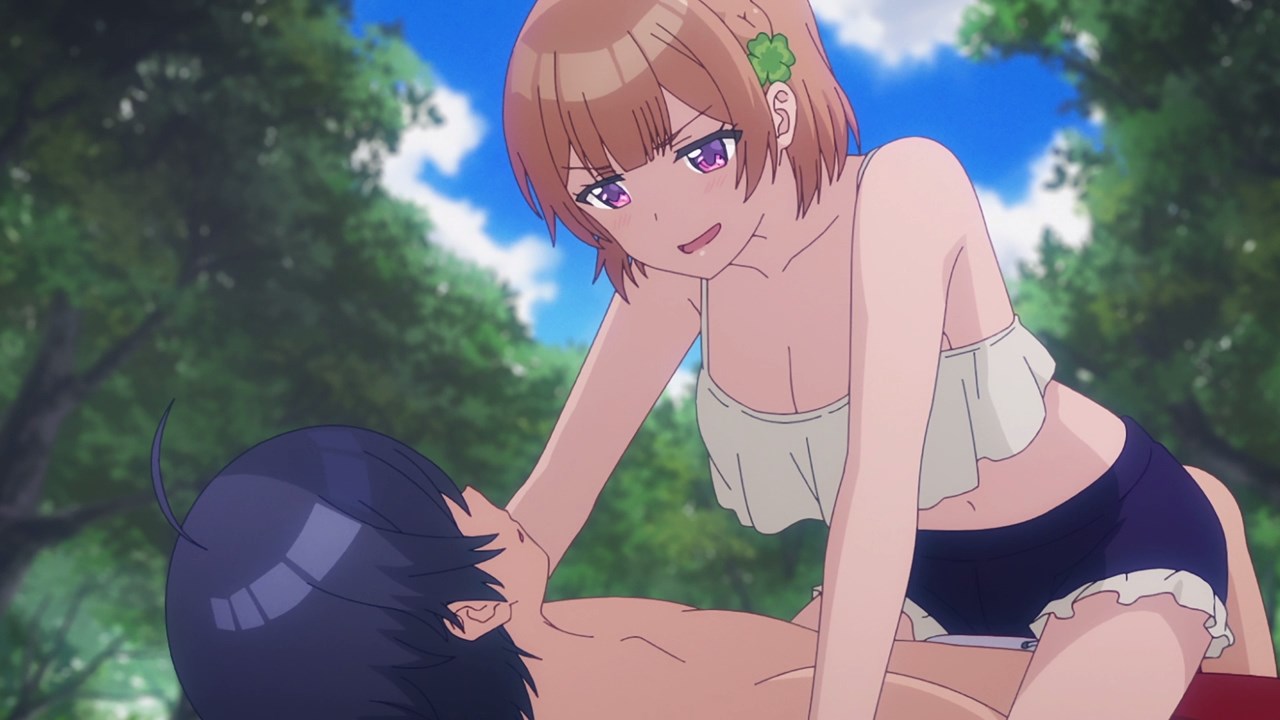 On second though, it appears that Kuroha is getting assertive where she’s gonna tease Sueharu by saying “I love you!” every time she ends her message. Damn, she’s more diabolical than I thought. 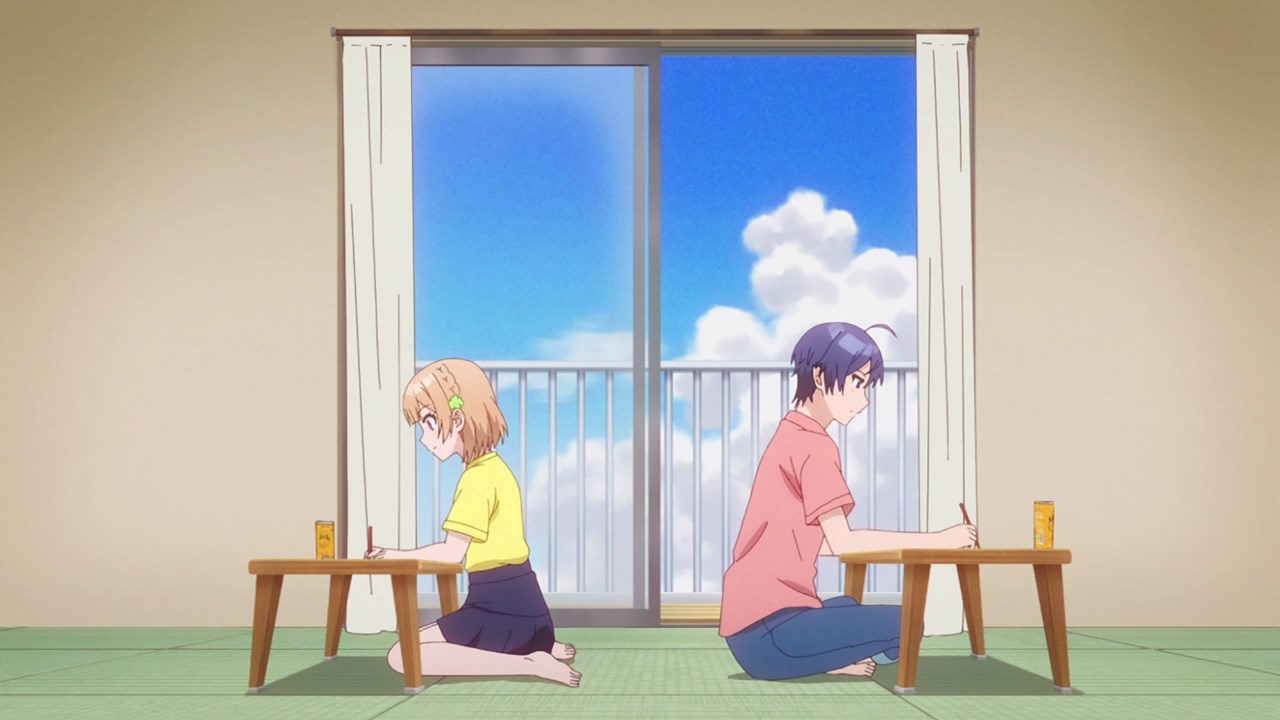 In any case, looks like Sueharu Maru will take the study session seriously as he can’t fail in the upcoming exams. Now then, what happened to the music video production? 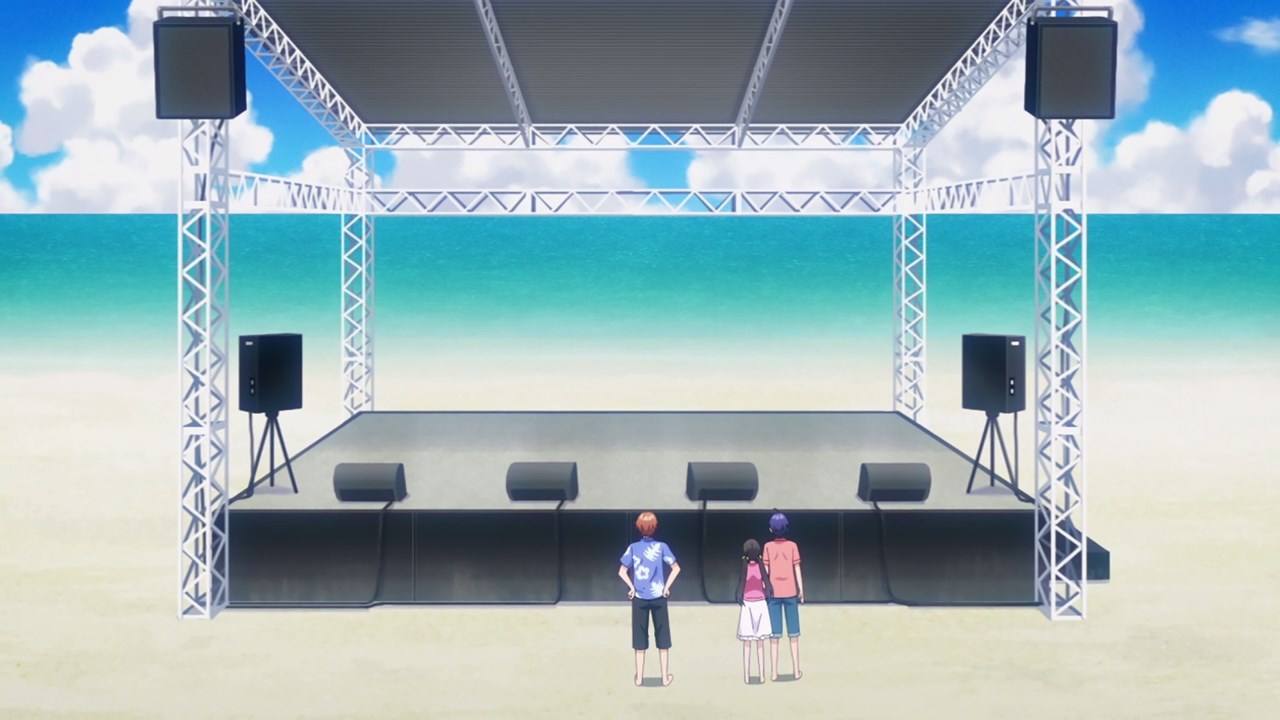 Well, it’s getting better as we speak as the stage has finally set. You may thank Akane for setting up the stage. 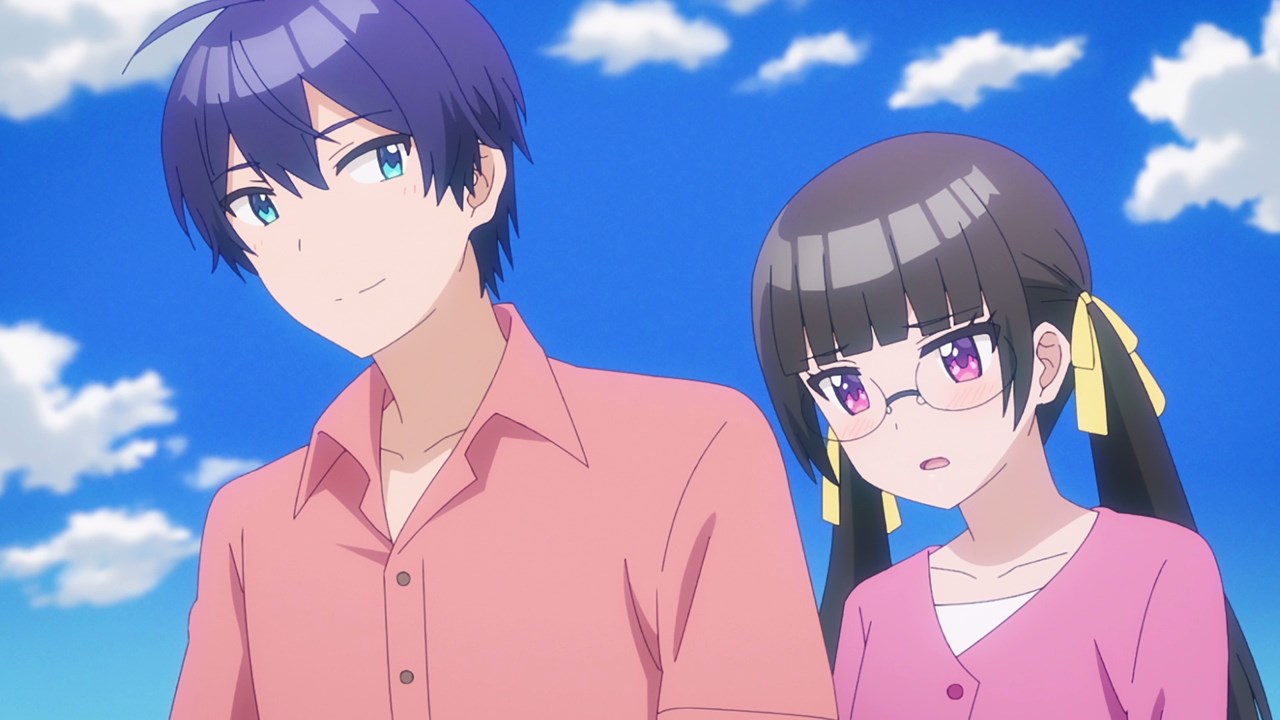 And speaking of Akane Shida, it’s revealed that she’s a former member of the light music club where Akane knows how to set up the sound system and lighting.

Okay, I don’t know what her personal reason on why she left the light music club, but it’s a waste that the club didn’t keep Akane as she has expertise in audio visual production. 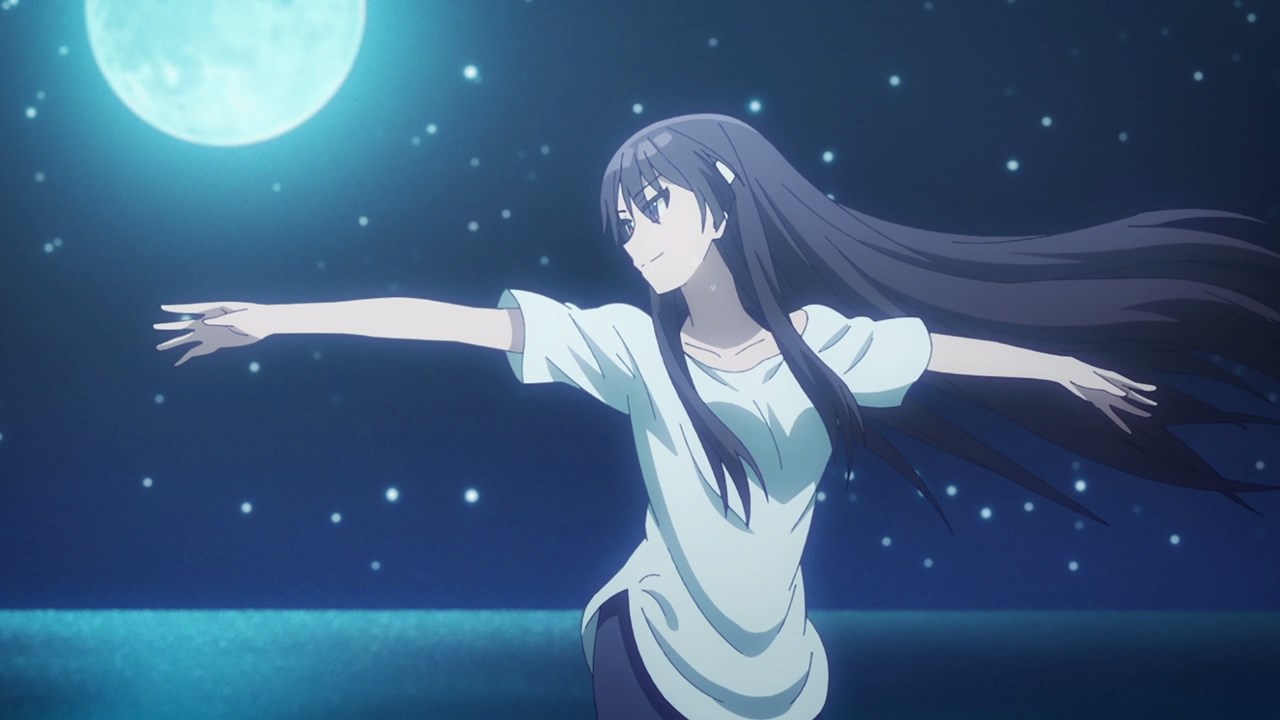 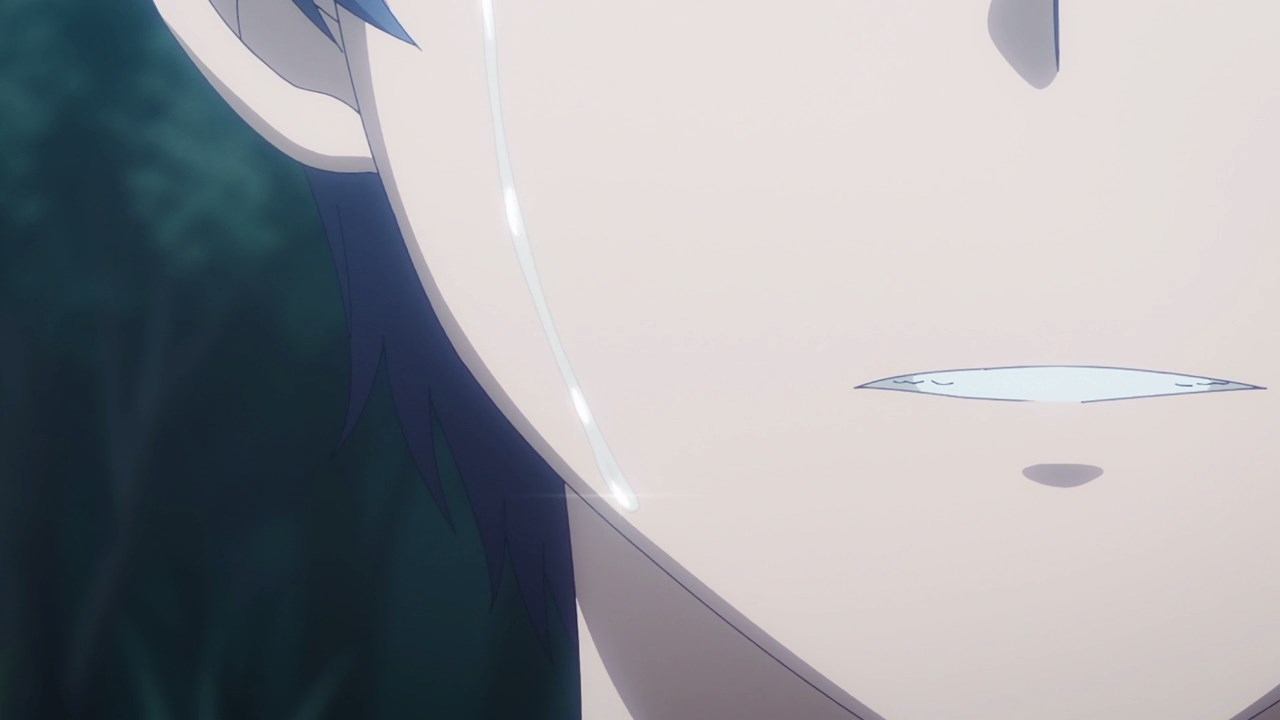 Meanwhile, let’s focus on Shirokusa Kachi where Sueharu Maru is impressed that she’s getting better, although Sueharu felt sad that his first love is getting more beautiful every time he looks at her.

By the way, when will we have the cooking battle between Shirokusa Kachi and Maria Momosaka? Then again, I think they have skipped it already. 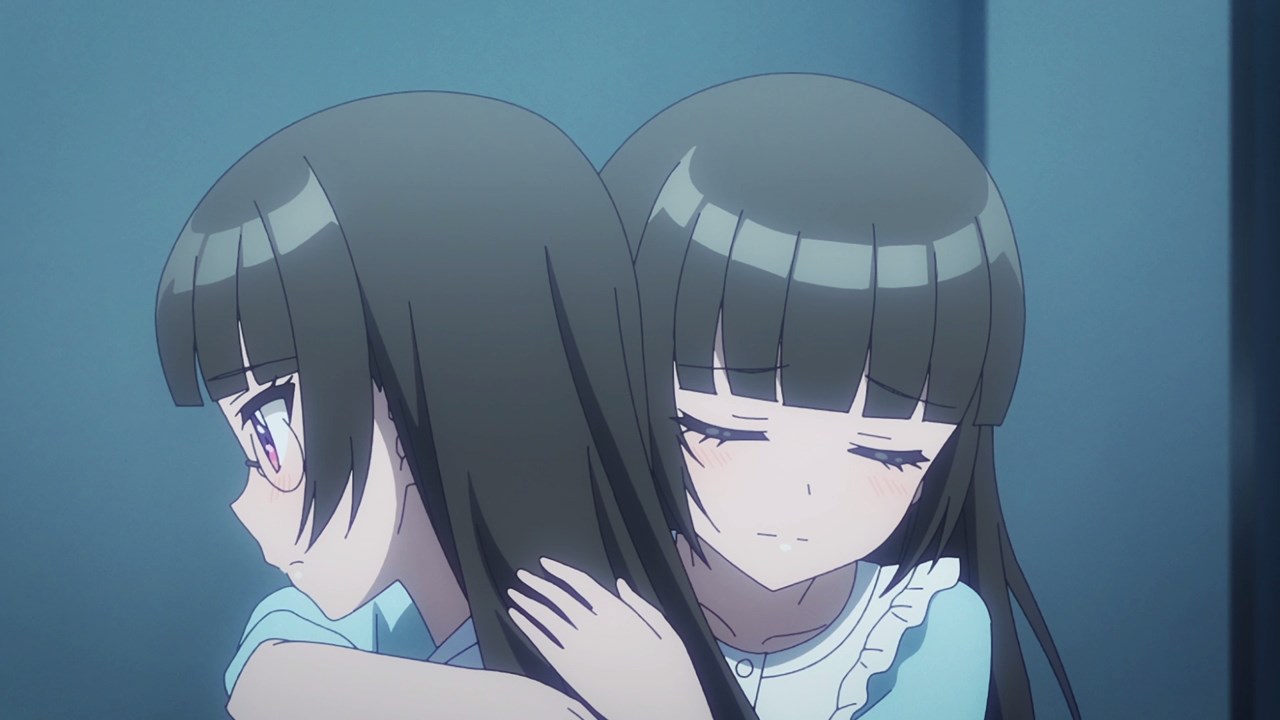 Meanwhile, it appears that Akane is feeling that over Sueharu that Aoi gave her sister a warm hug.

Wait, don’t tell me that these two love Sueharu? Man this love story is getting more complicated! 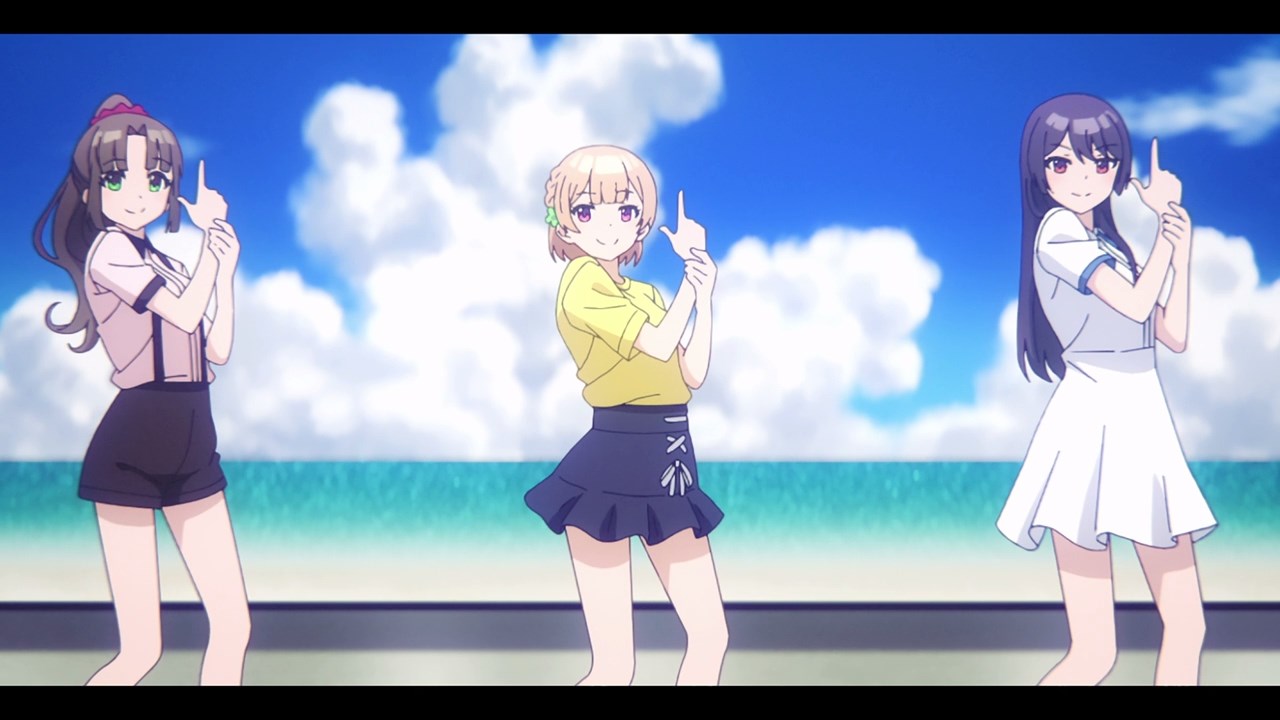 Now then, looks like the Ultramarine Alliance has finally finished recording all of the scenes for their music video and I have to say that they did better than I thought. 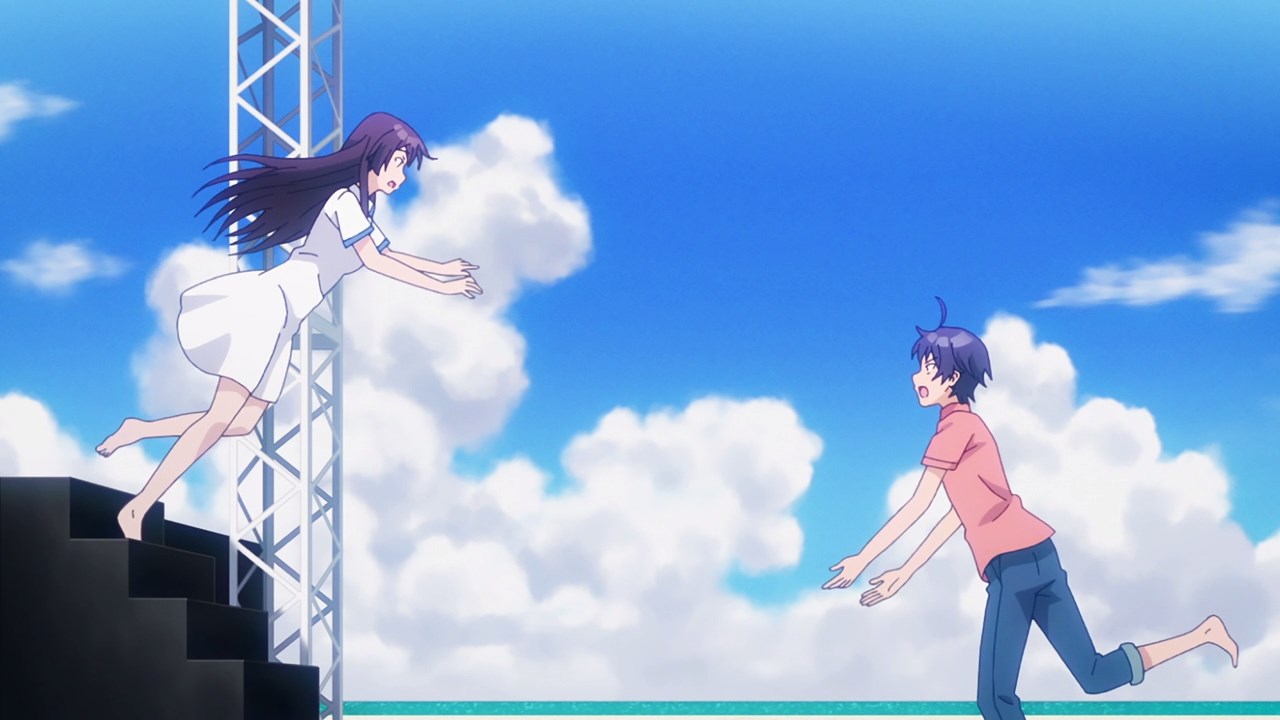 However, it appears that Shirokusa Kachi sprained her leg that she’s about to fall towards the sand. Sueharu Maru tries to save her but I have a bad feeling that he might get injured. 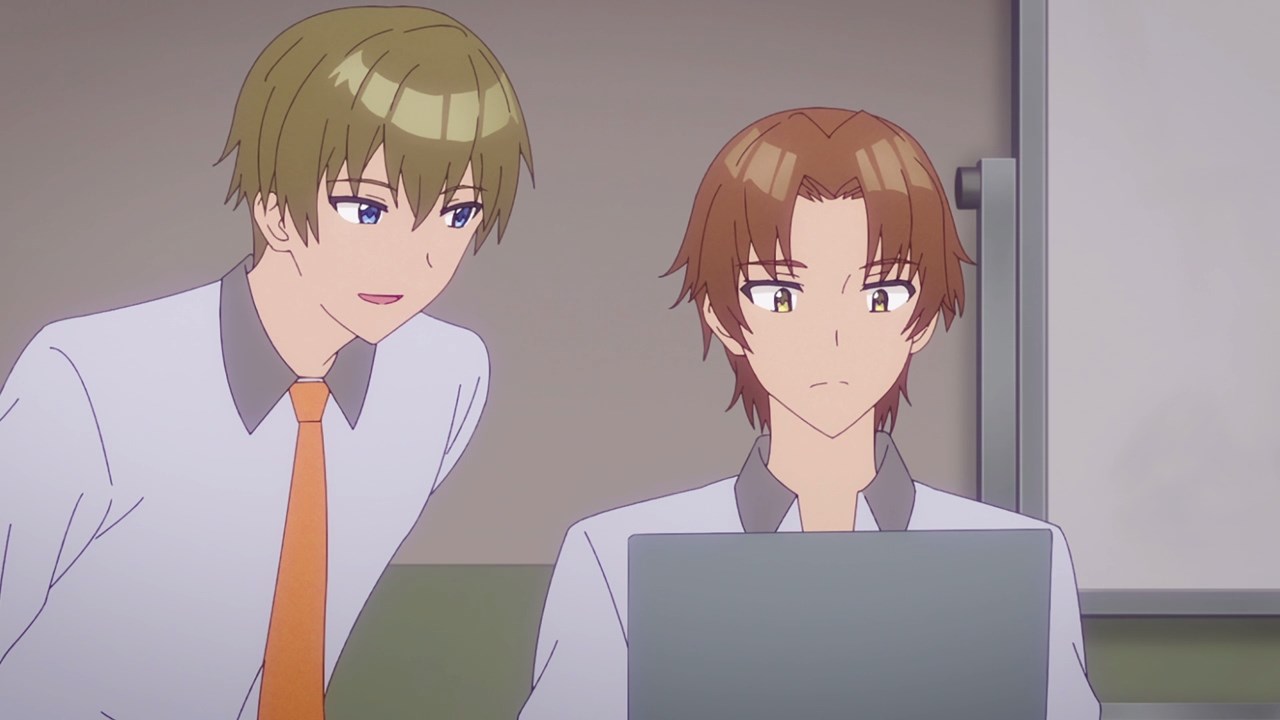 Let’s return to Hozumino High School where it’s time for Tetsuhiko Kai to edit the footage into a music video. 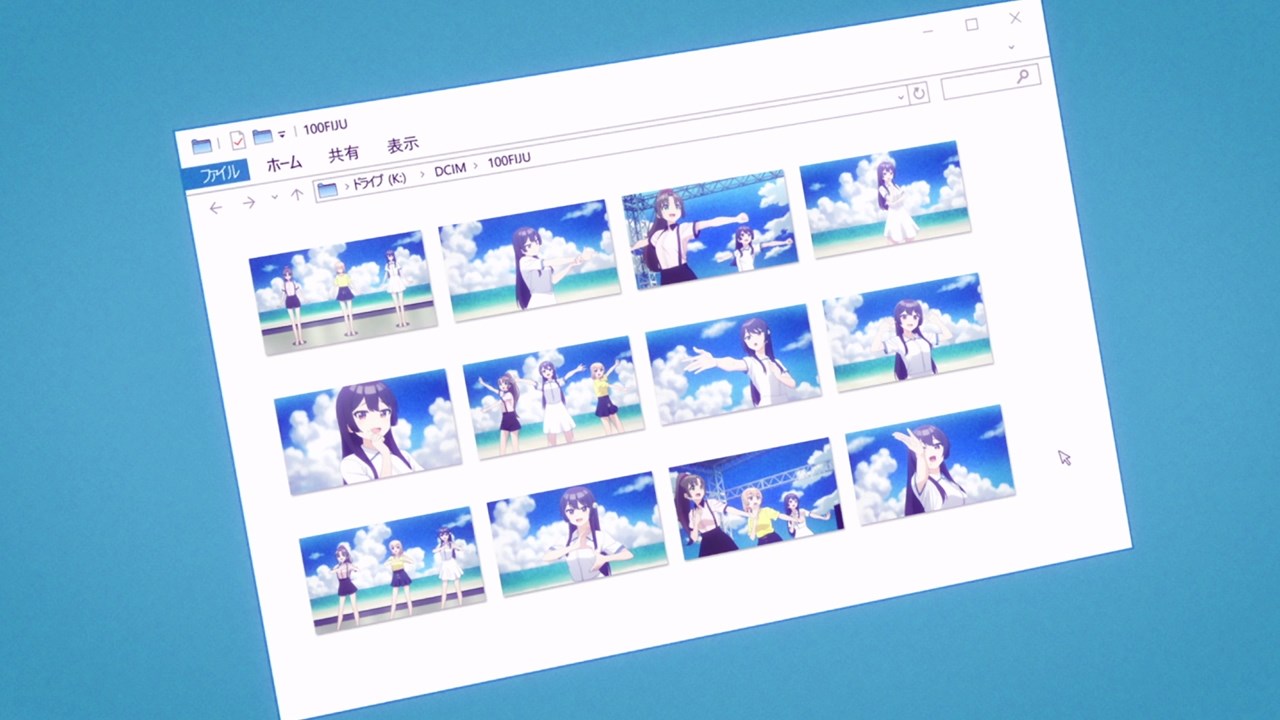 Oh yeah, Mitsuru Abe is impressed that Tetsuhiko got some nice shots of the girls, although some of the footage are focused towards Shirokusa Kachi.

Looks like Sueharu is very smitten towards his first love, which is why he focused his camera towards Shirokusa. 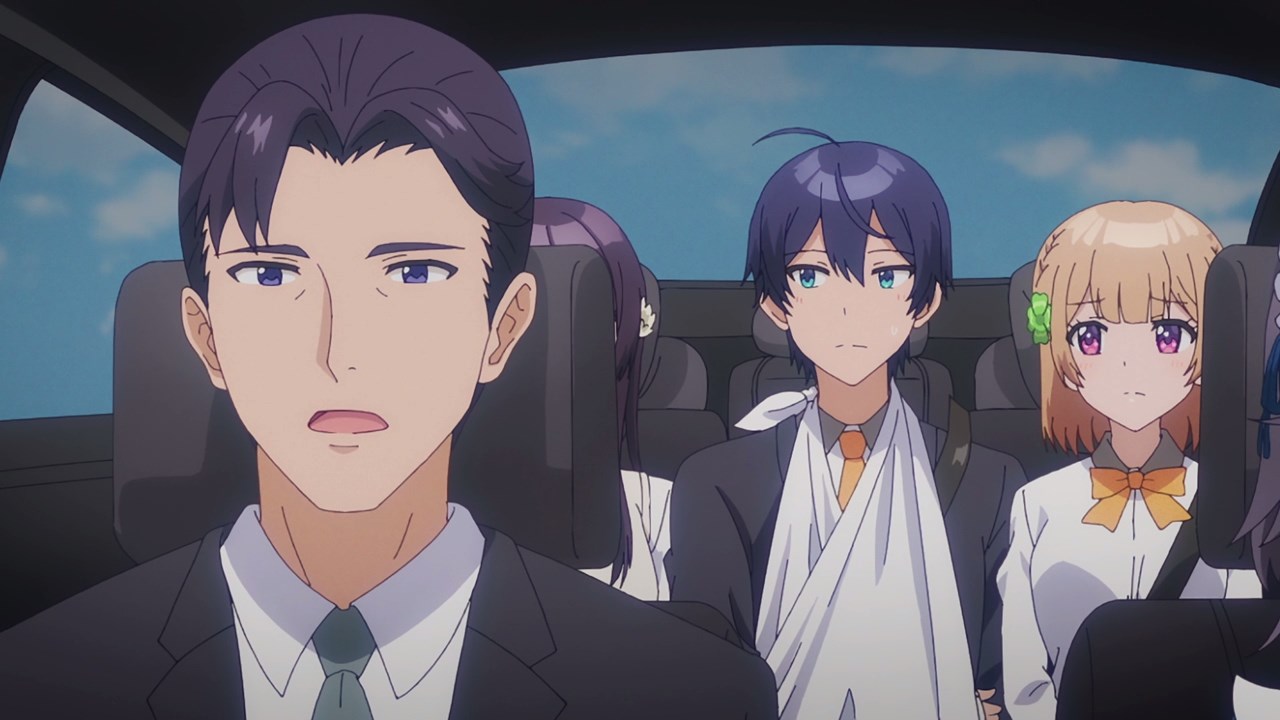 Now then, it appears that Sueharu Maru is okay but he got a broken right arm, therefore Shirokusa’s father Souichirou told them that his daughter will stay at the Maru residence for the time being until his arm is restored. For Kuroha, she’s really mad that her rival is gonna take care of Sueharu.

But that’s about it for this episode and it’ll be interesting to see Sueharu and Shirokusa living under one roof. Well actually, Shirokusa’s maid will join her but still, I can’t wait for the next episode!