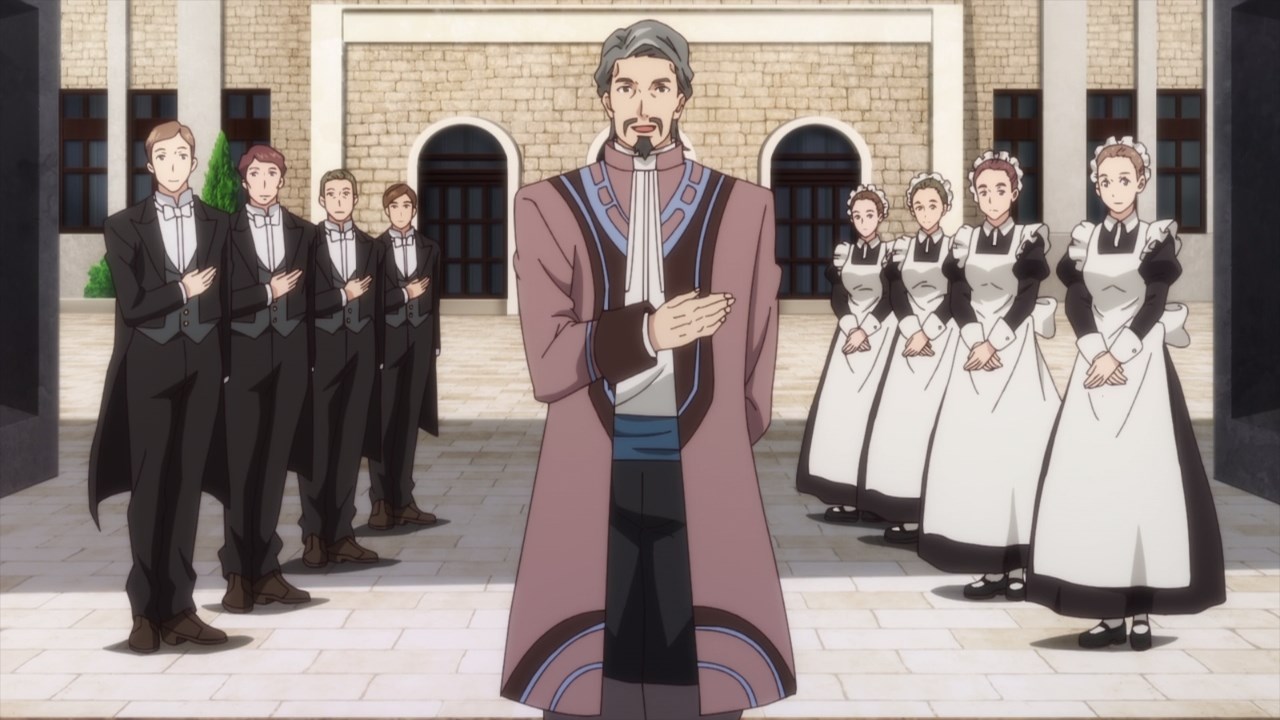 Let’s start this episode with Lord Daniel Klausner whose domain is known for being a mecca of alchemists due to the abundance of herbs, although he should have told Sei Takanashi and Albert Hawke regarding the herb shortages right away as monsters are getting more rampant around his domain lately. 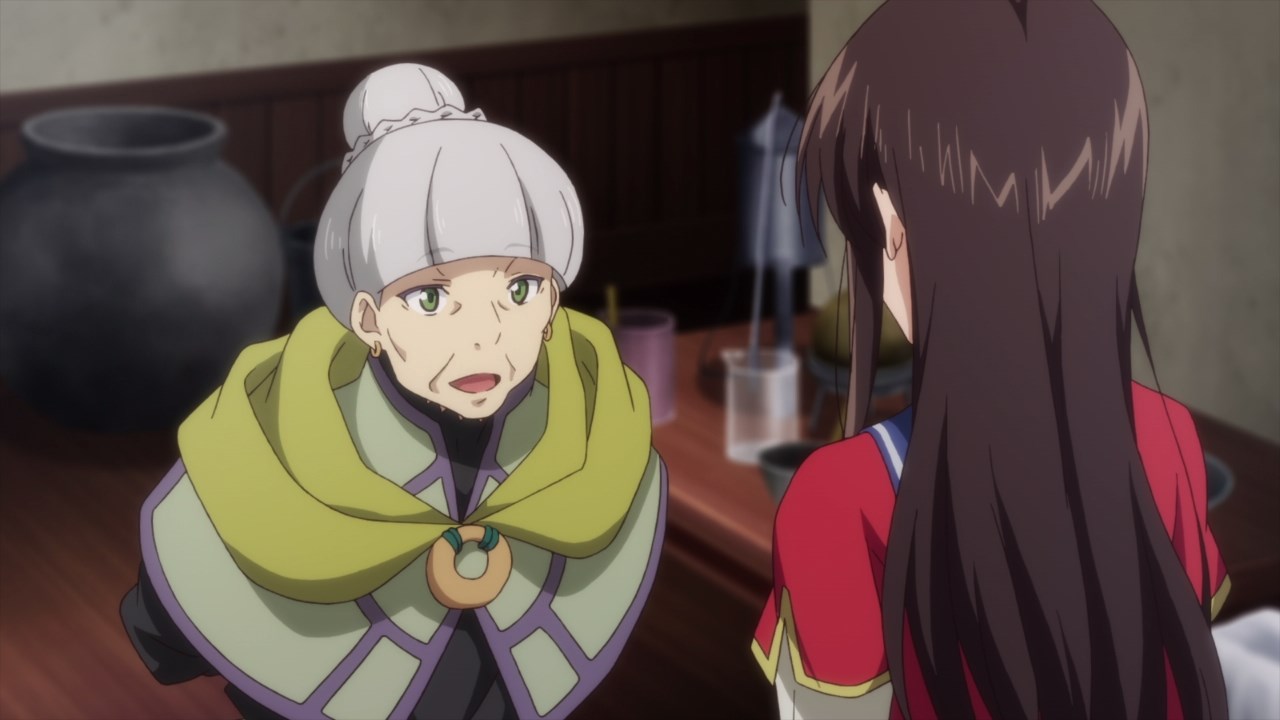 Now then, let’s begin her work as a saint as Sei meets one of the domain’s alchemist named Corinna. She’s known for specializing in making potions but Corinna will be surprised regarding Sei’s potion-making ability. 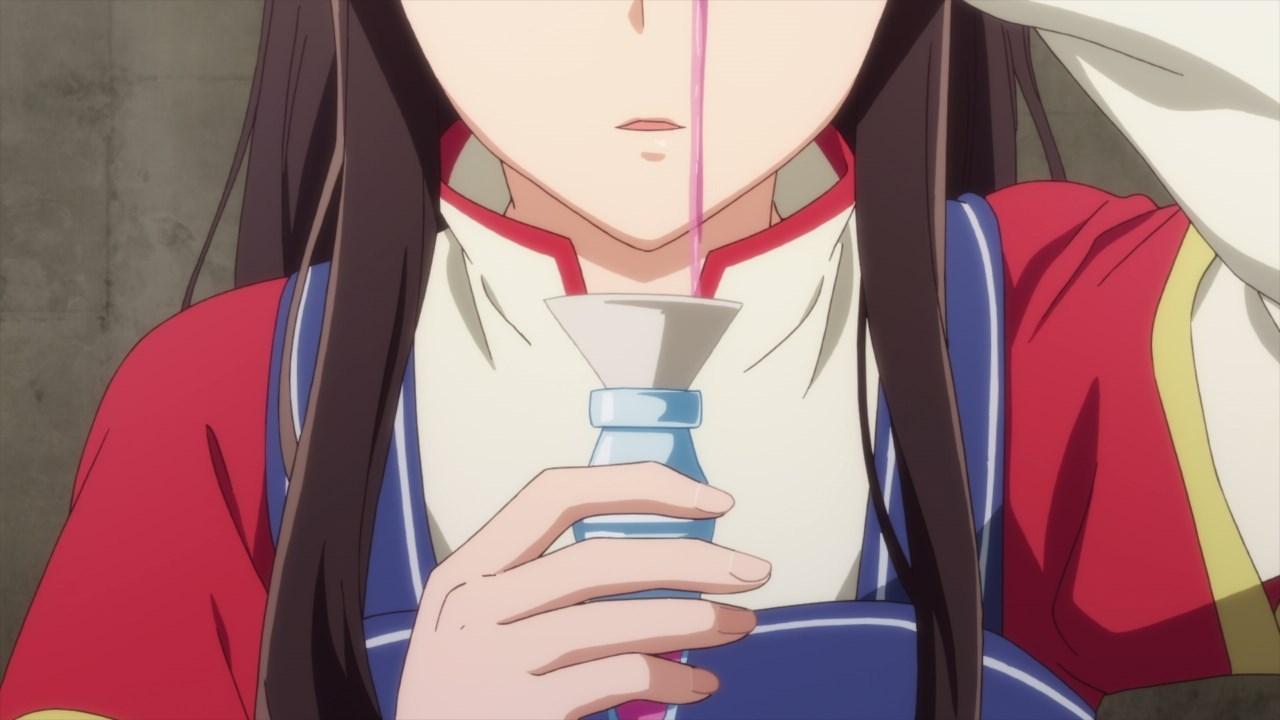 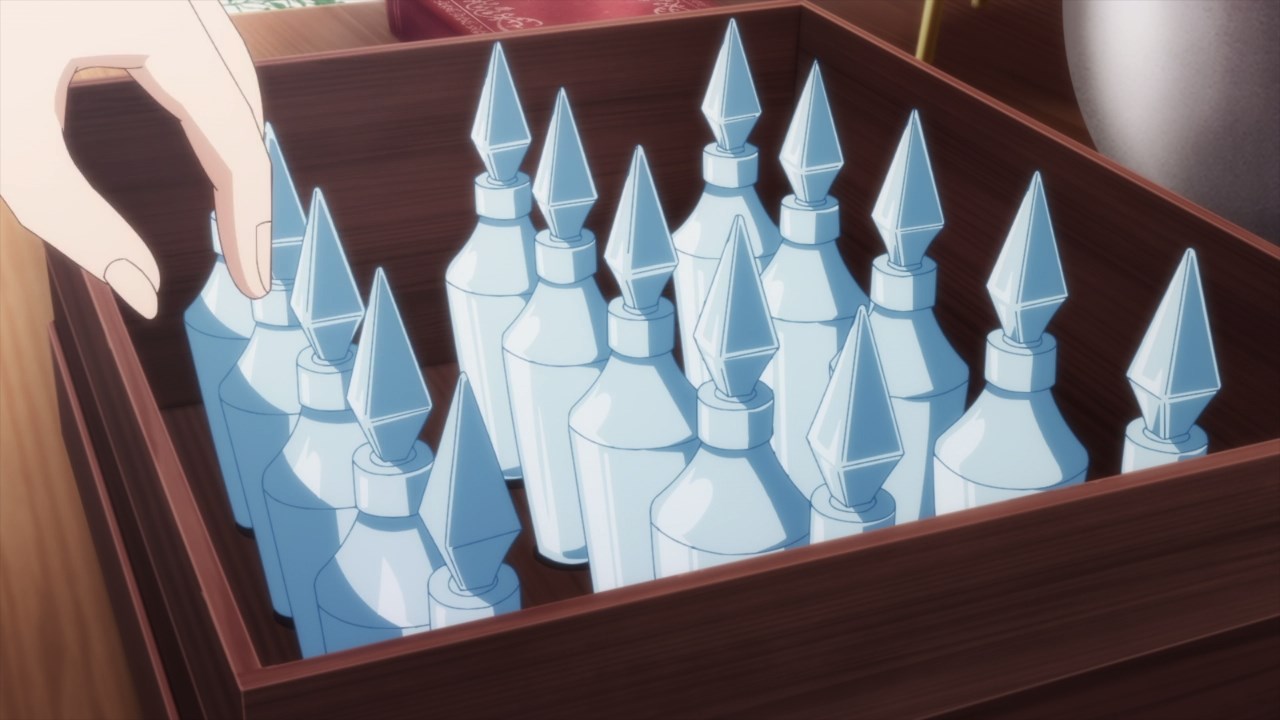 But here’s Sei Takanashi where she makes high-quality potions in large amounts. Looks like she remained overpowered even after becoming an official saint. 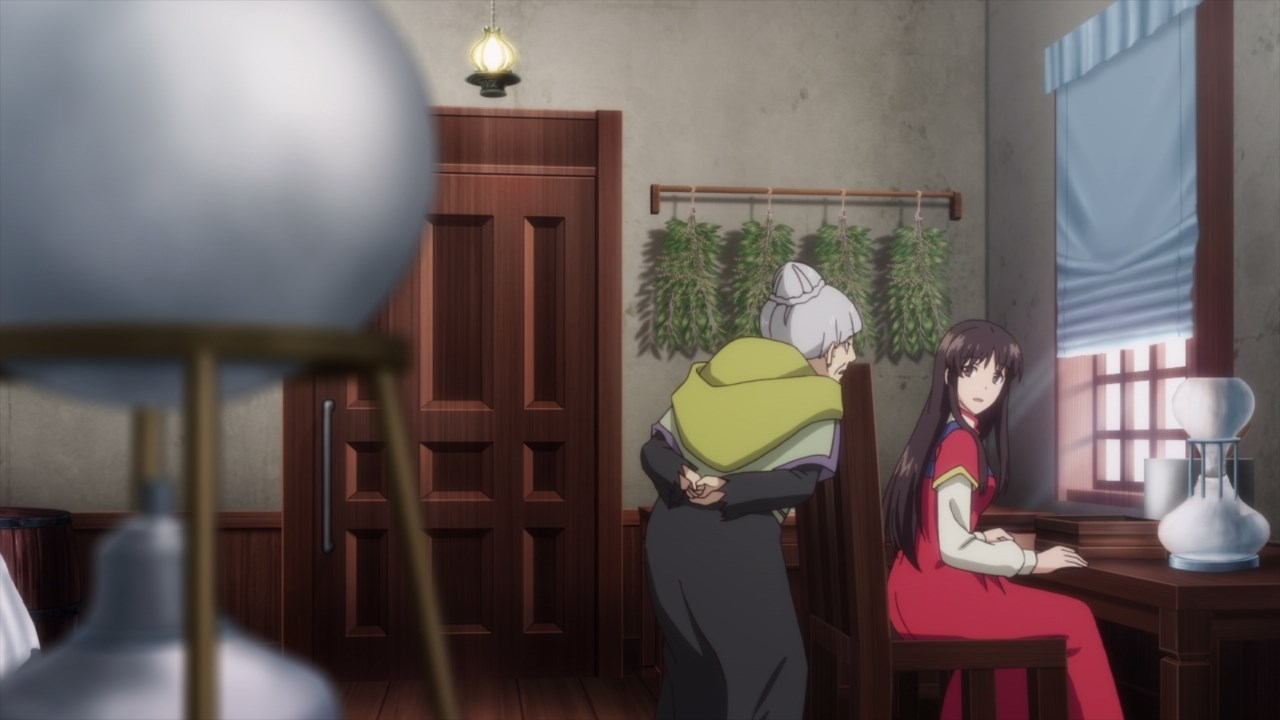 Heck, even Corinna is surprised that Sei can make large amounts of potions in such a short time, not to mention being high-quality. 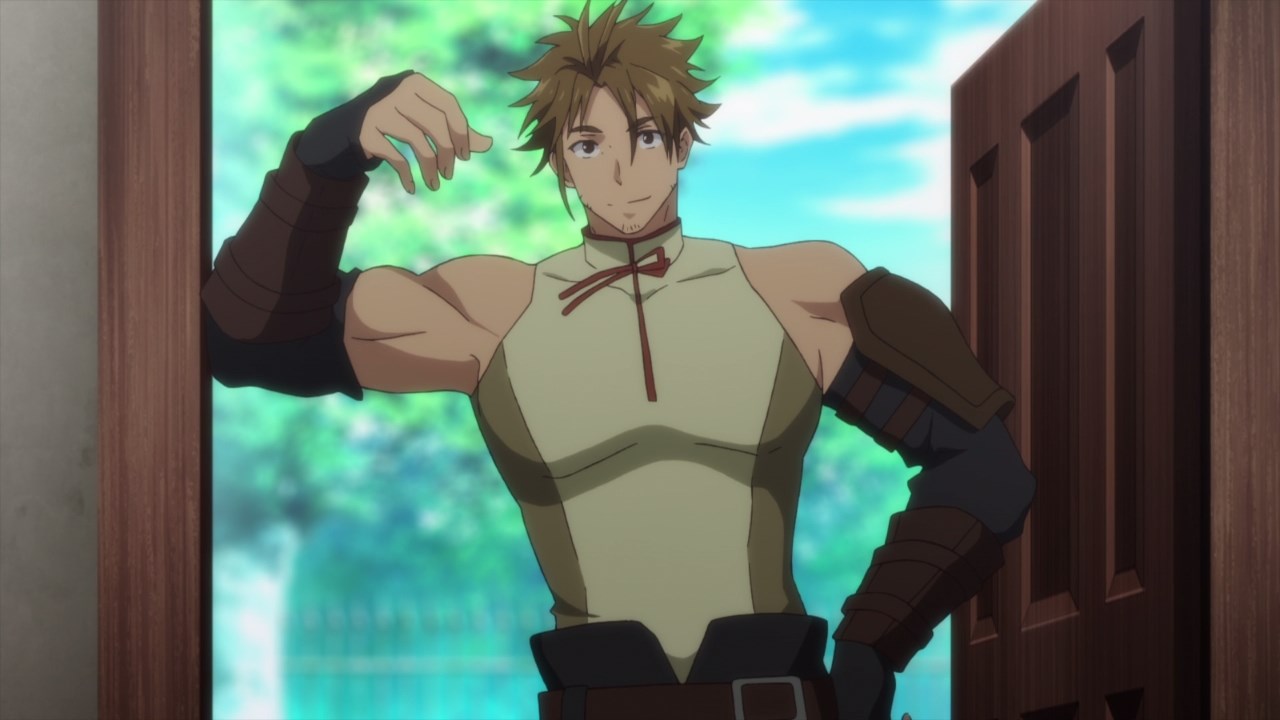 Meanwhile, here’s a new character introduced named Leonhardt, a mercenary working for Klausner’s Domain where he’s here to get some potions from Corinna. 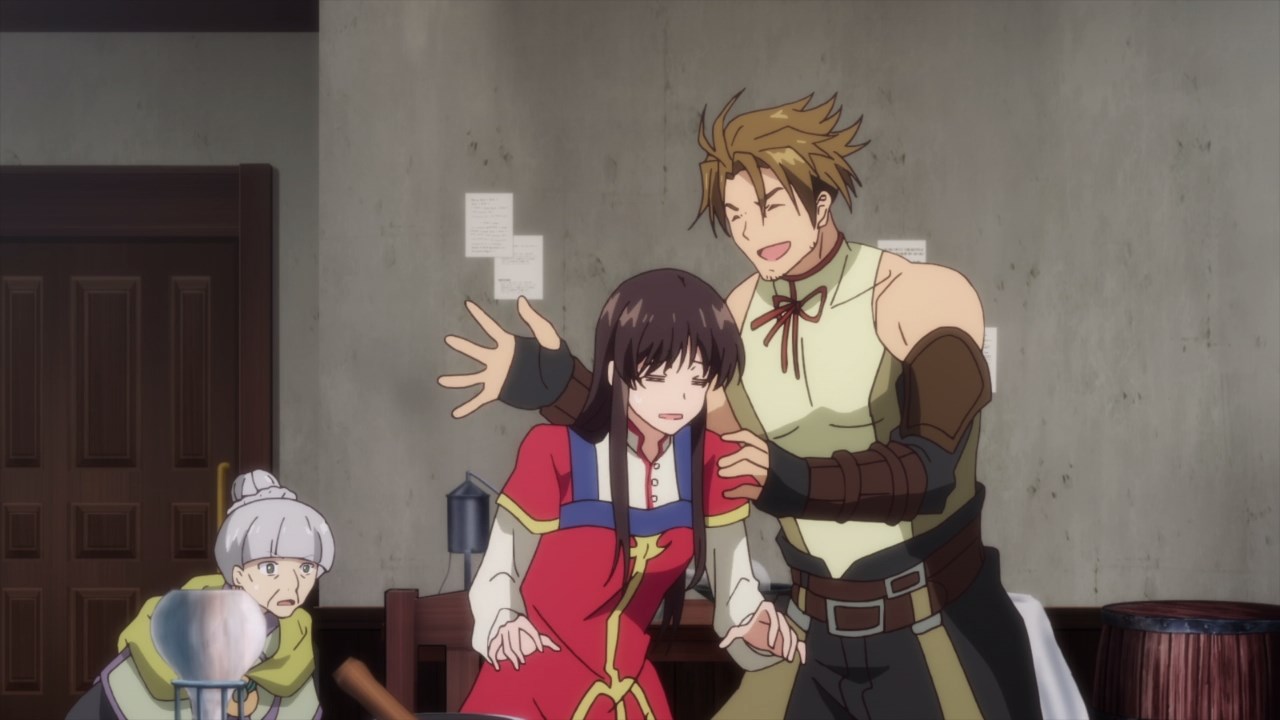 In any case, Leonhardt is happy to see Sei Takanashi, although he’s not aware that she’s a saint. Well, Leonhardt will find out eventually. 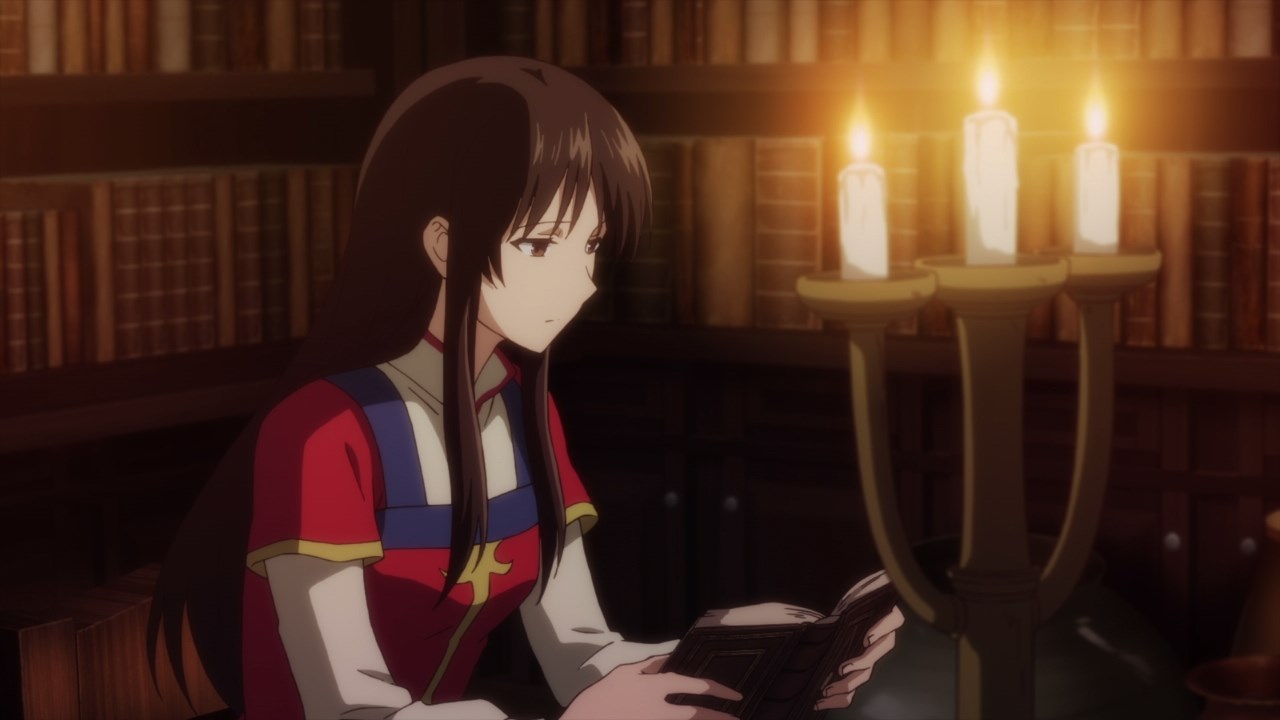 Now then, looks like Corinna gave Sei a book which tells the story of an alchemist who saved the domain from a terrible famine. 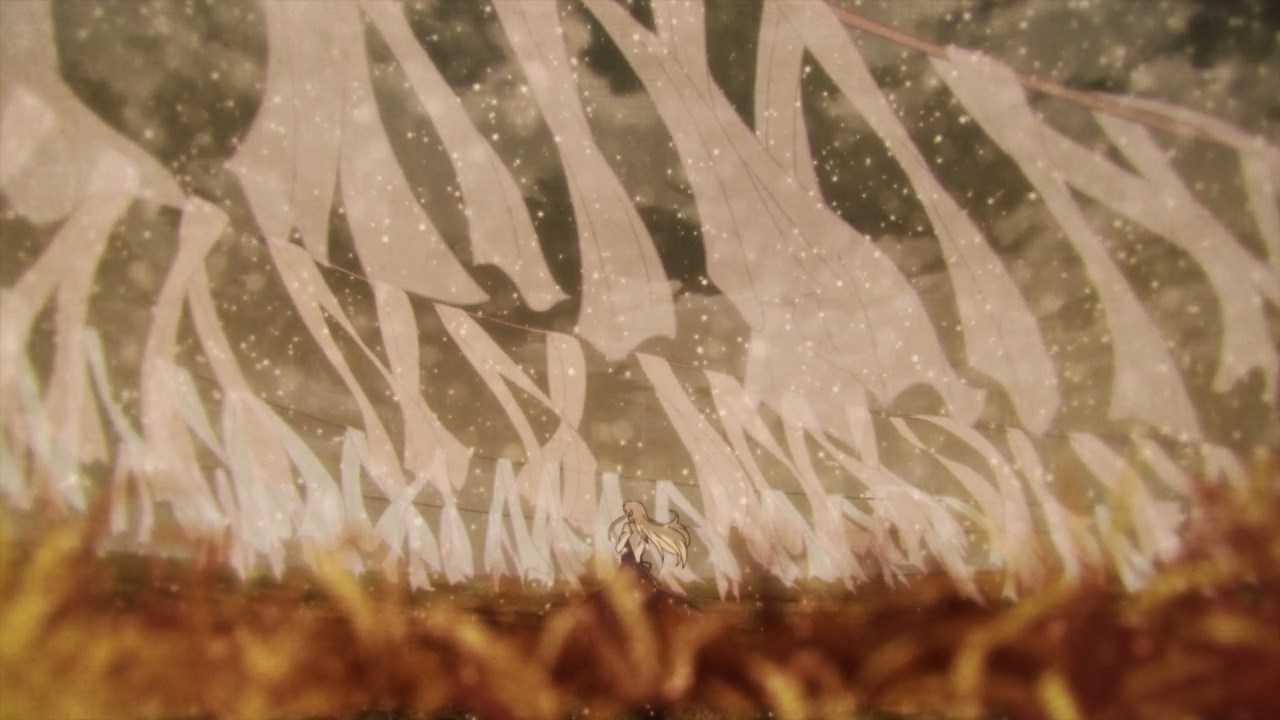 Of course, what she did was a miracle where this alchemist performed what appears to be a Saintly Conjury, restoring the crops and herbs from being withered away.

Now, I have a feeling that Sei will eventually use her Saintly Conjury to restore the herbs but she has to face more problems within the domain. 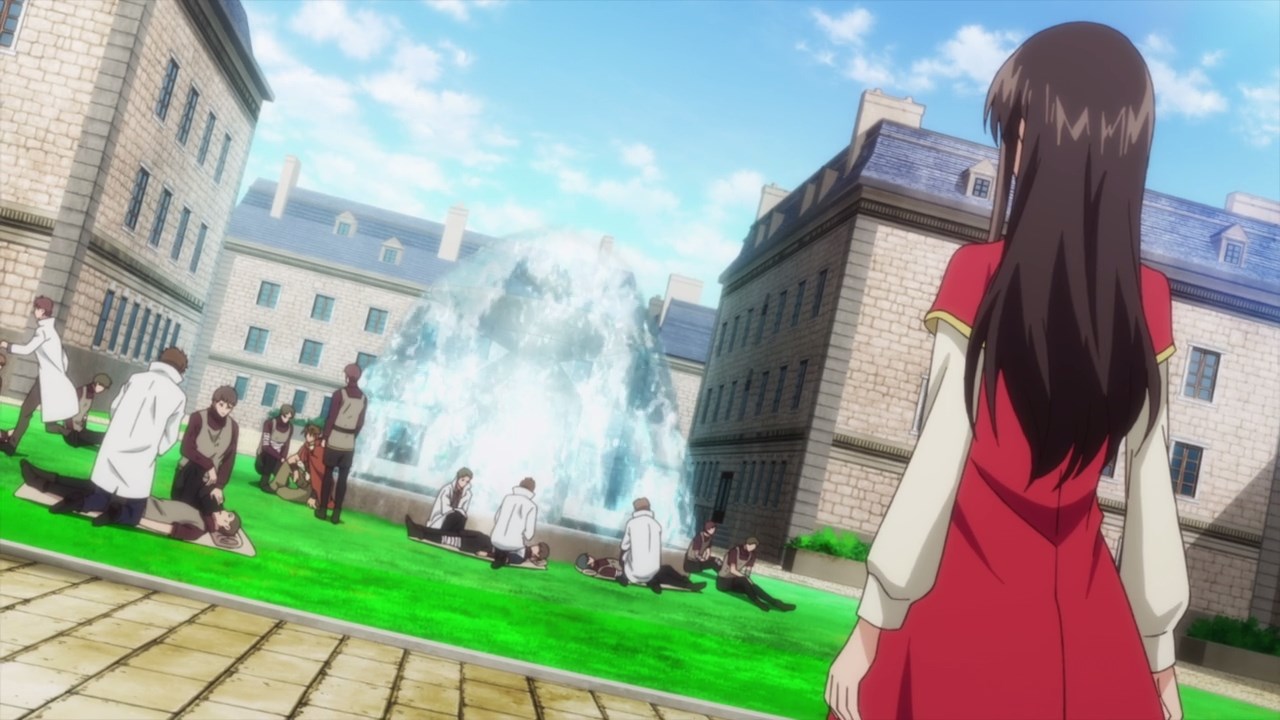 You see, Sei Takanashi saw Leonhardt’s mercenary squad got beaten-up after fighting monsters outside Klausner’s Domain. This is a serious problem for the domain in which they can’t export herbs in large quantities because of those monsters. 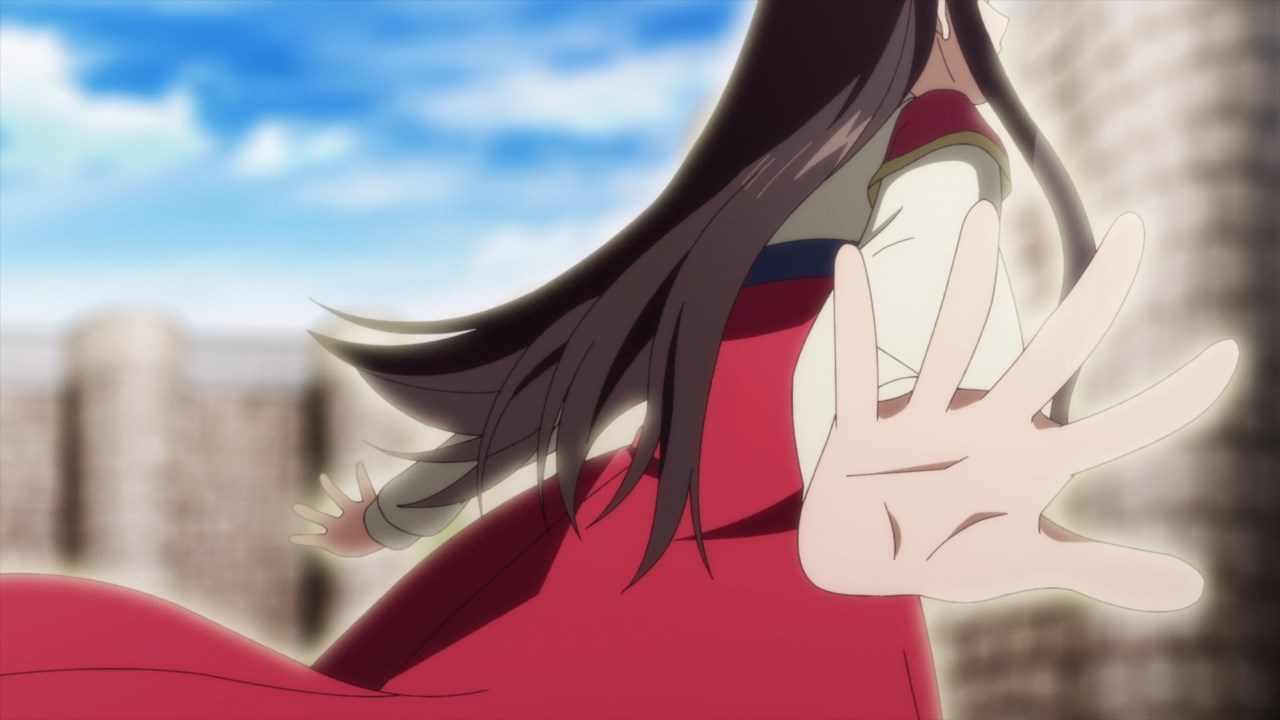 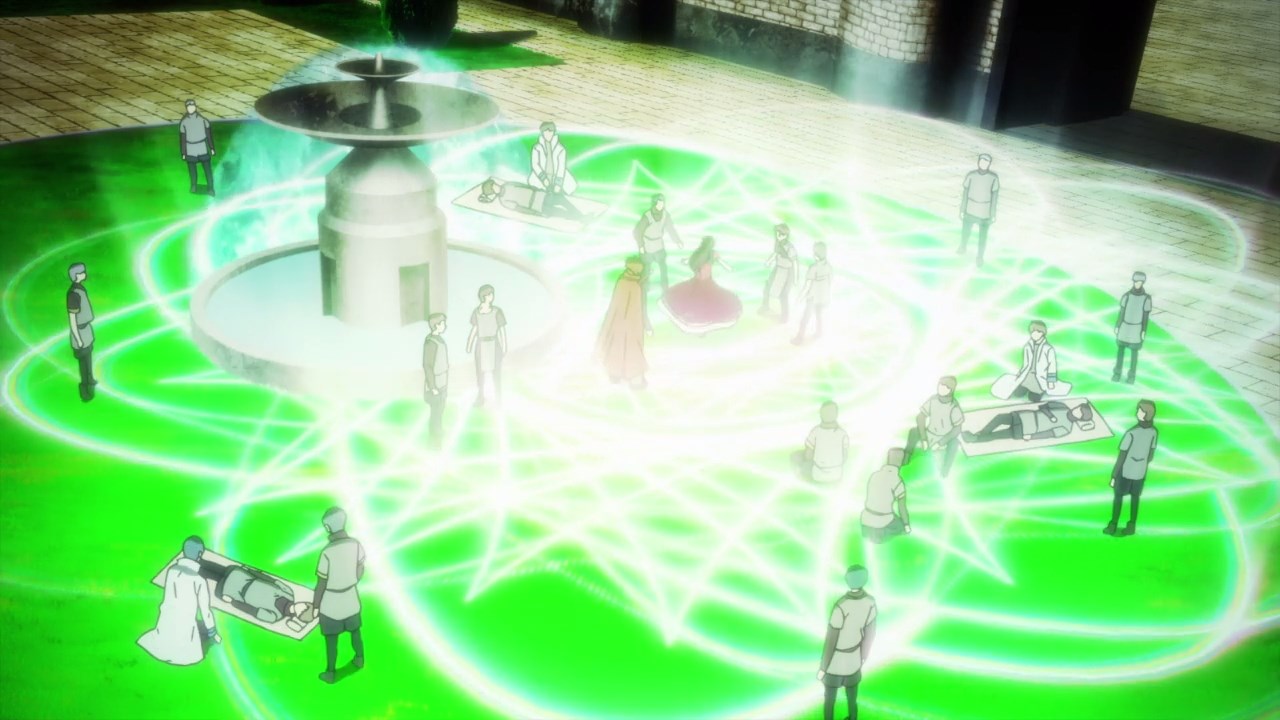 Well then, it’s time for Sei Takanashi to heal those mercenaries first and I have to say that she did a spectacular job on healing them. 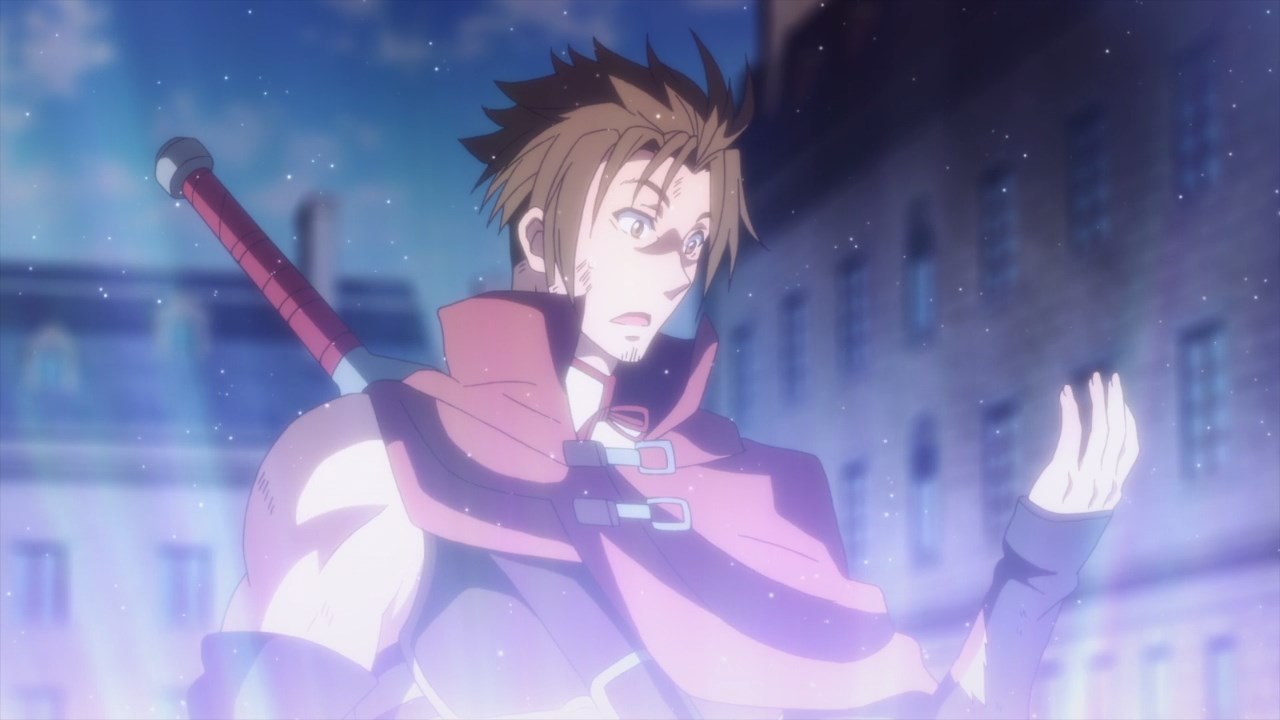 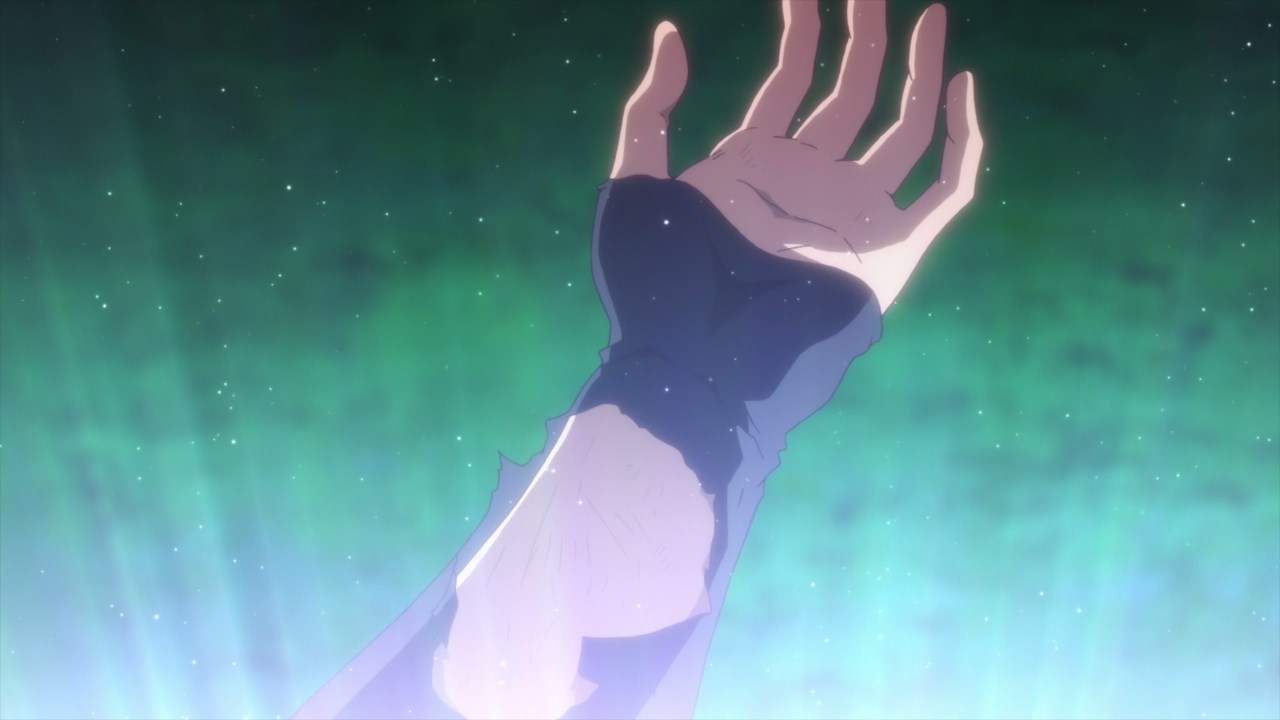 Even Leonhardt is surprised that Sei Takanashi can not only make high-quality potions but she can heal wounds faster. Of course, she’s not done yet. 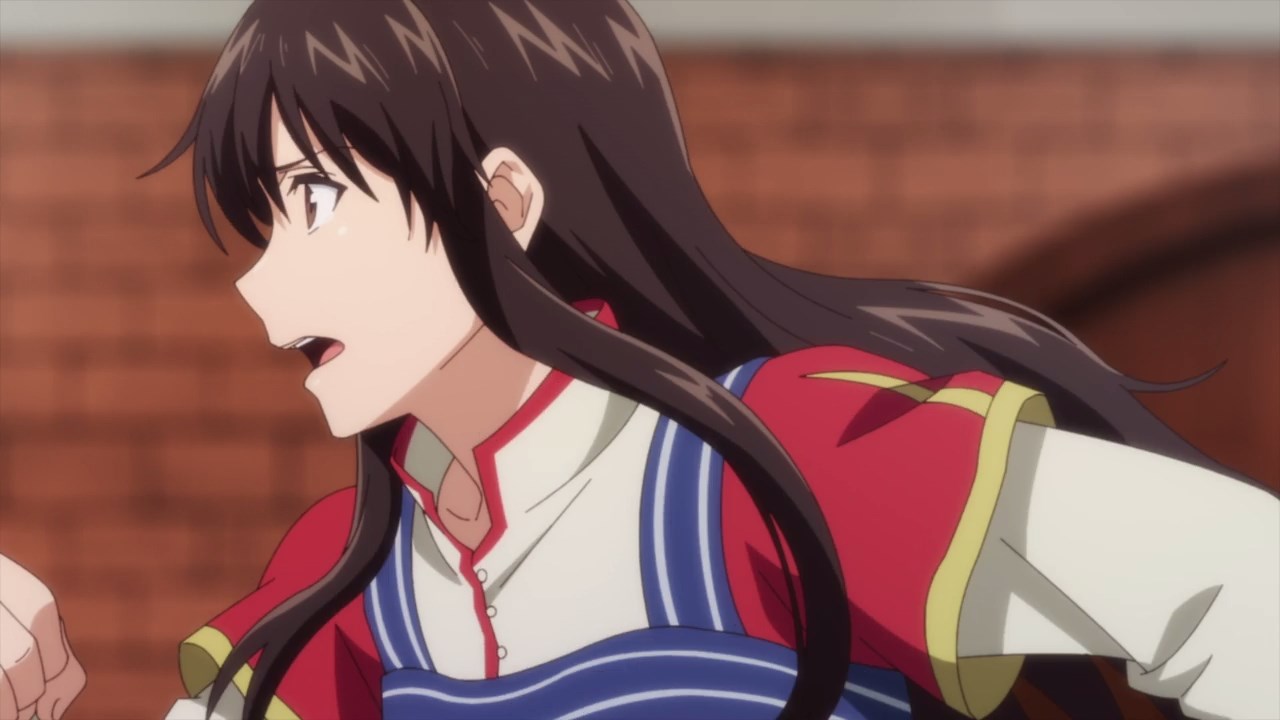 You see, Sei’s mind is always on Albert Hawke where she’s worried that the knight commander is badly injured. 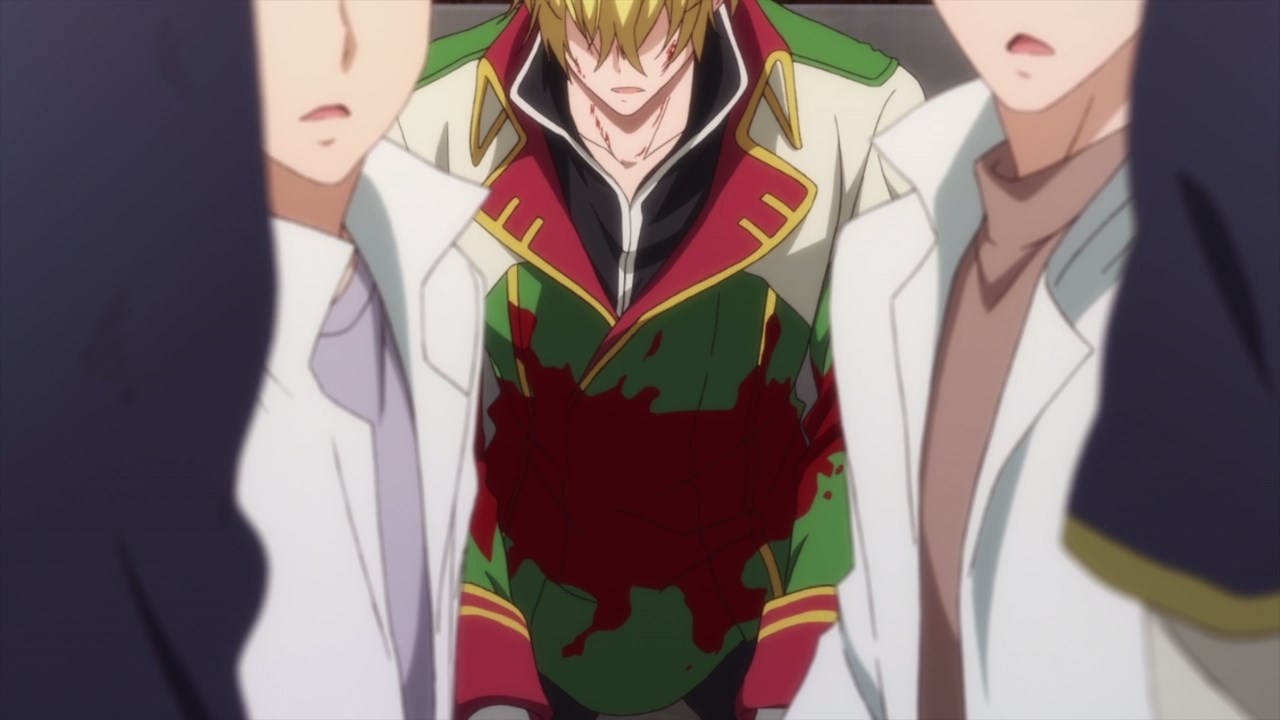 And it turns out that her fears has come true as Albert got a nasty wound in the chest. Honestly, I think Albert Hawke should wear armor every time he and his 3rd Knight Order goes on an expedition. 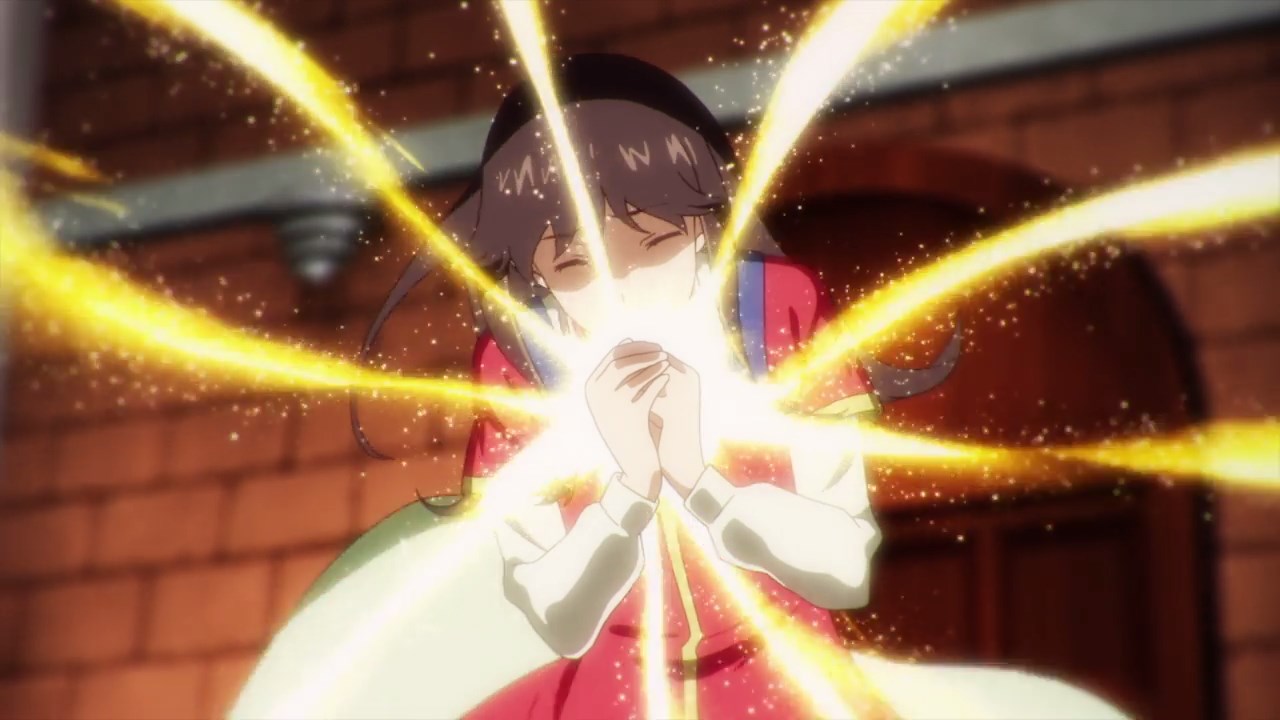 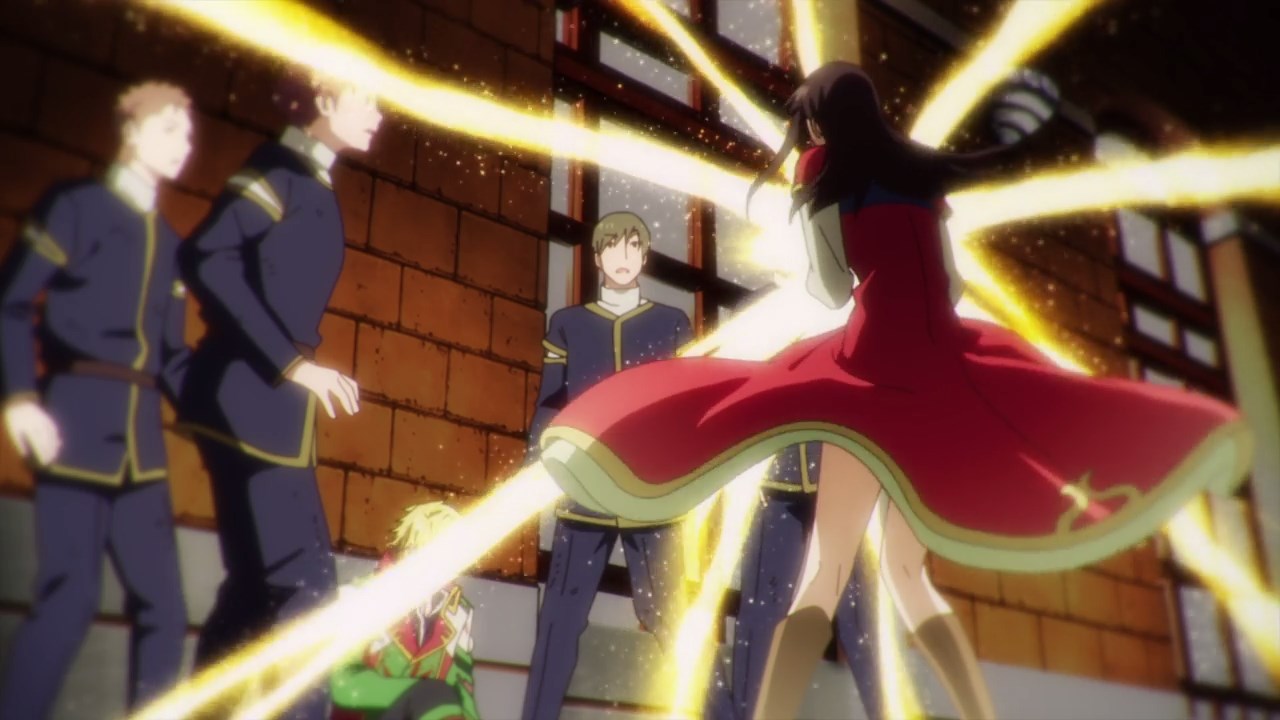 In any case, Sei Takanashi lets out a powerful magic towards Albert Hawke in which he’s healed completely. I wonder if she’s actually has feelings towards the knight commander, hence Sei healed Albert completely? 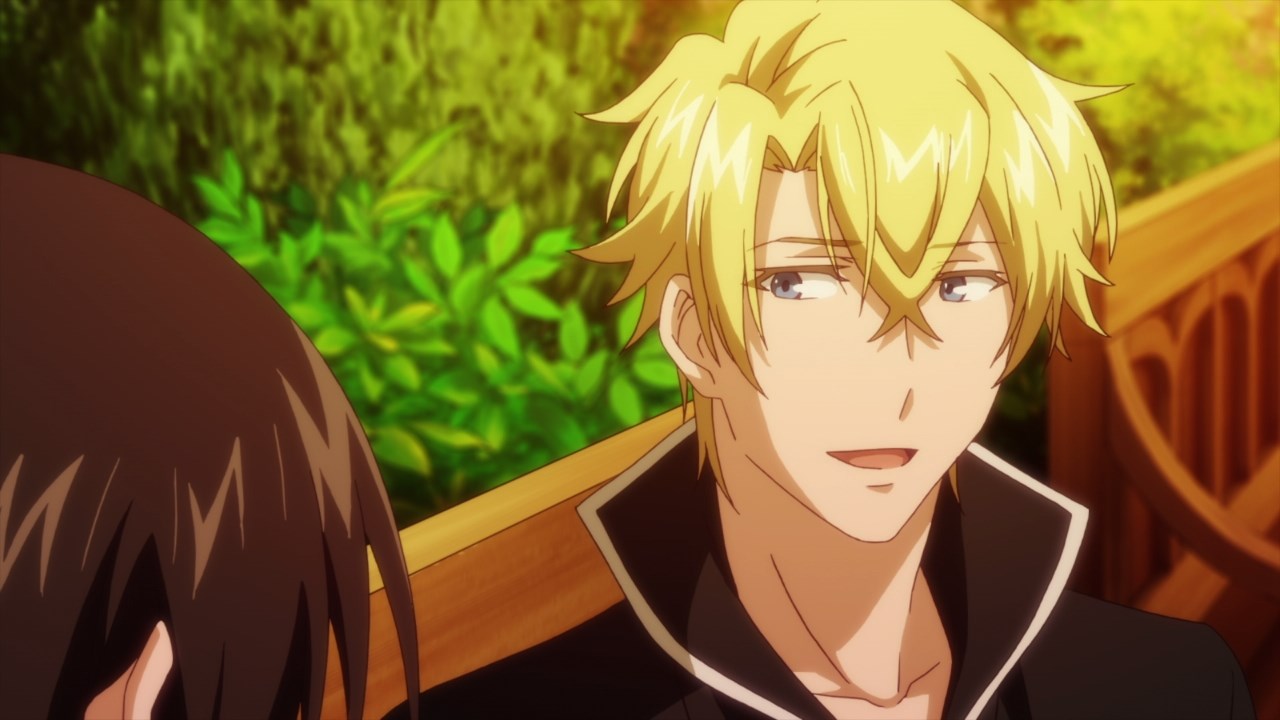 But here’s Albert Hawke where he thanked Sei Takanashi for saving his life for the 3rd time. You know something, I feel that Sei’s love for Albert has pushed her to make miraculous magic like the Saintly Conjury for example. 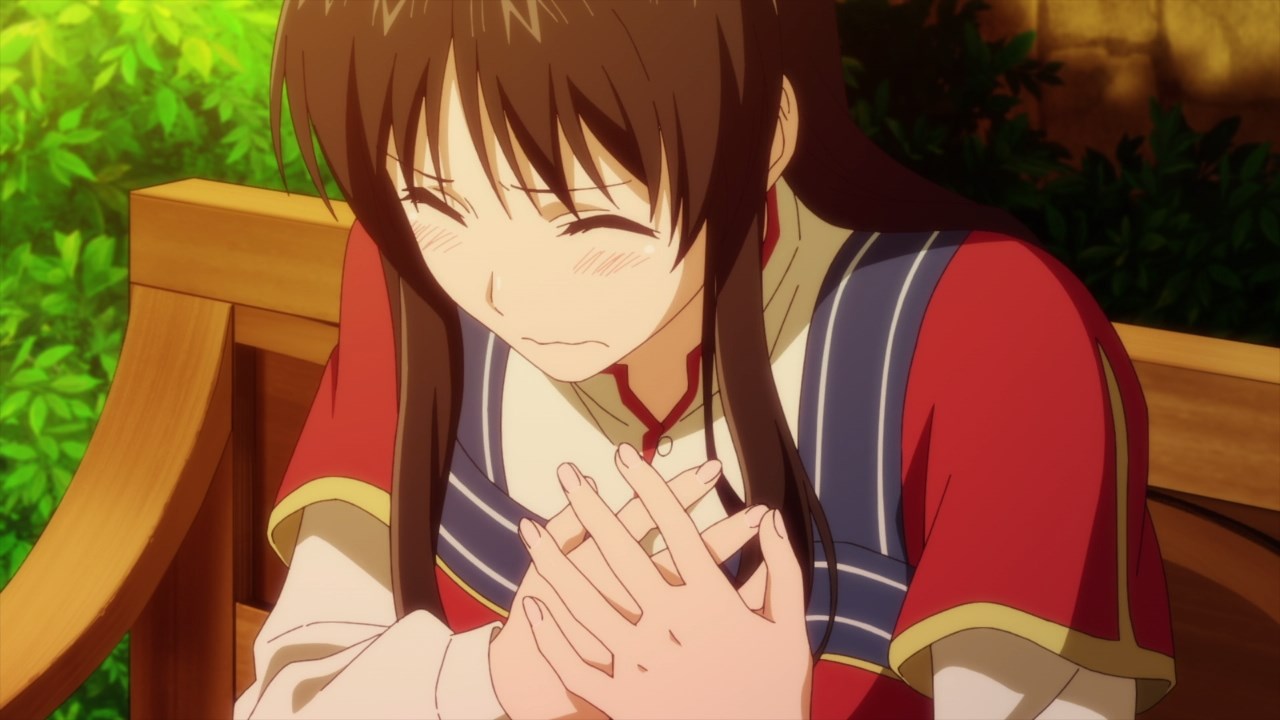 And speaking of Sei, she’s blushing like crazy after realizing that she has feelings for the knight commander. That was sweet!

Now then, I think the next episode will deal with the ongoing herb shortages as Klausner’s Domain needs a saint to clean up the monsters and the surrounding miasma.