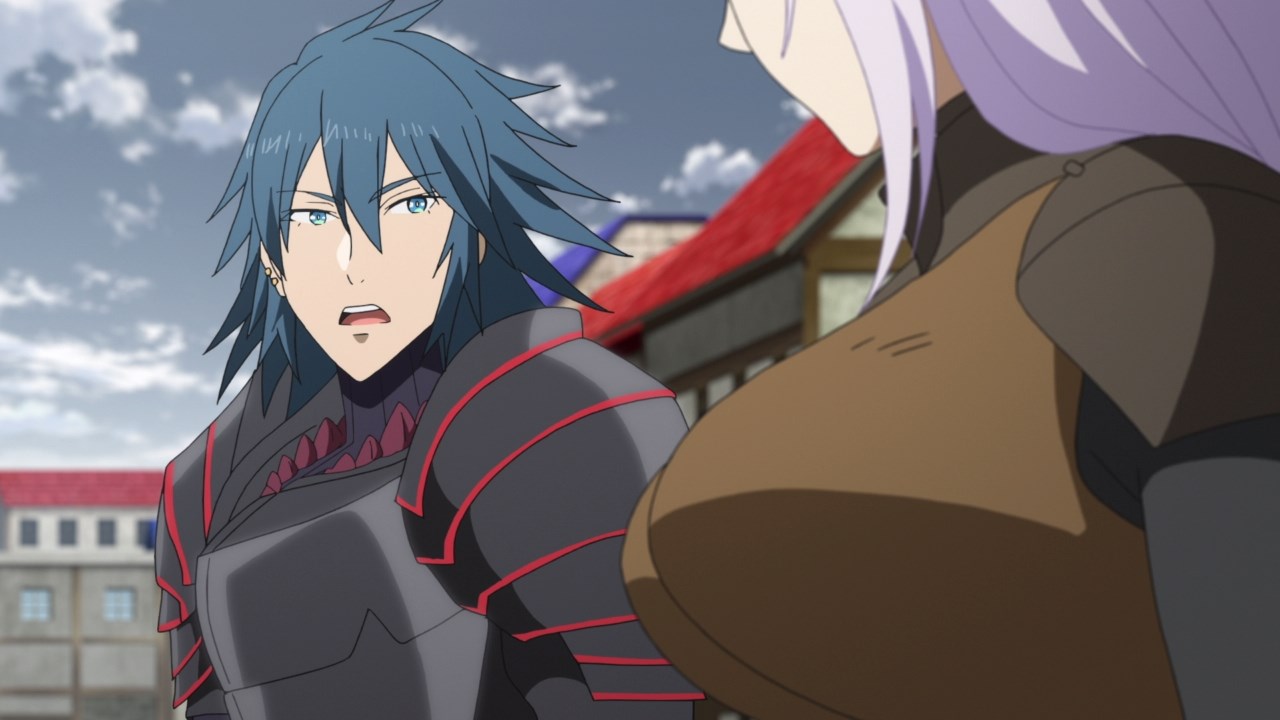 Let’s start with a flashback where we have Kamui, telling a certain female character that he’s not interested on dating with her, especially when she has large breasts. Don’t tell me that Kamui is a flat chest enjoyer!? 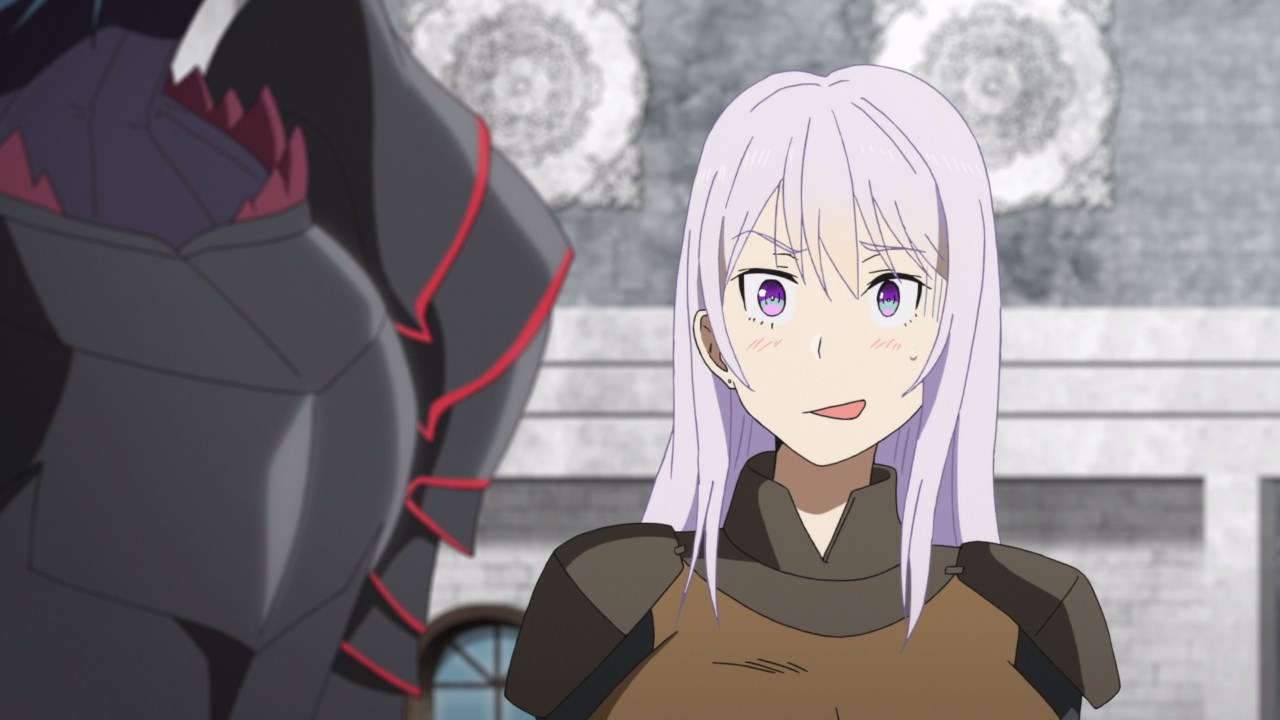 Oh, and said female character happened to be Reona where she’s really mad that Kamui ditches her. C’mon, what’s wrong with having large tits?

Oh and the reason why she wants Hiro to complete Kiwame Quest? She wants to spite on Kamui by marrying Hiro should he completed the game of course. Wow, what a lousy excuse there! 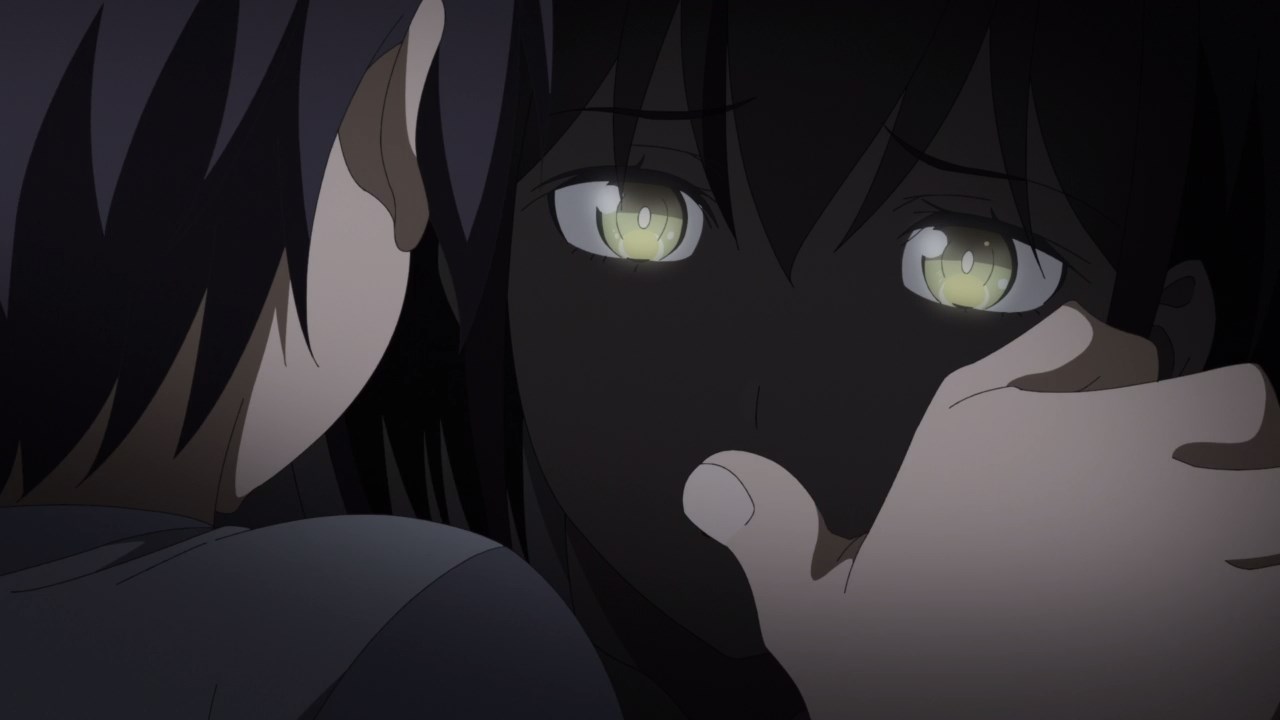 Now then, let’s go back to Hiroshi Yuuki where he’s no longer motivated on completing Kiwame Quest after hearing Reona’s story.

Also, Hiroshi got spooked by Kaede as she’s still pissed that her brother is playing full-dive games at night. Man, I thought that she’s gonna strangle her brother. 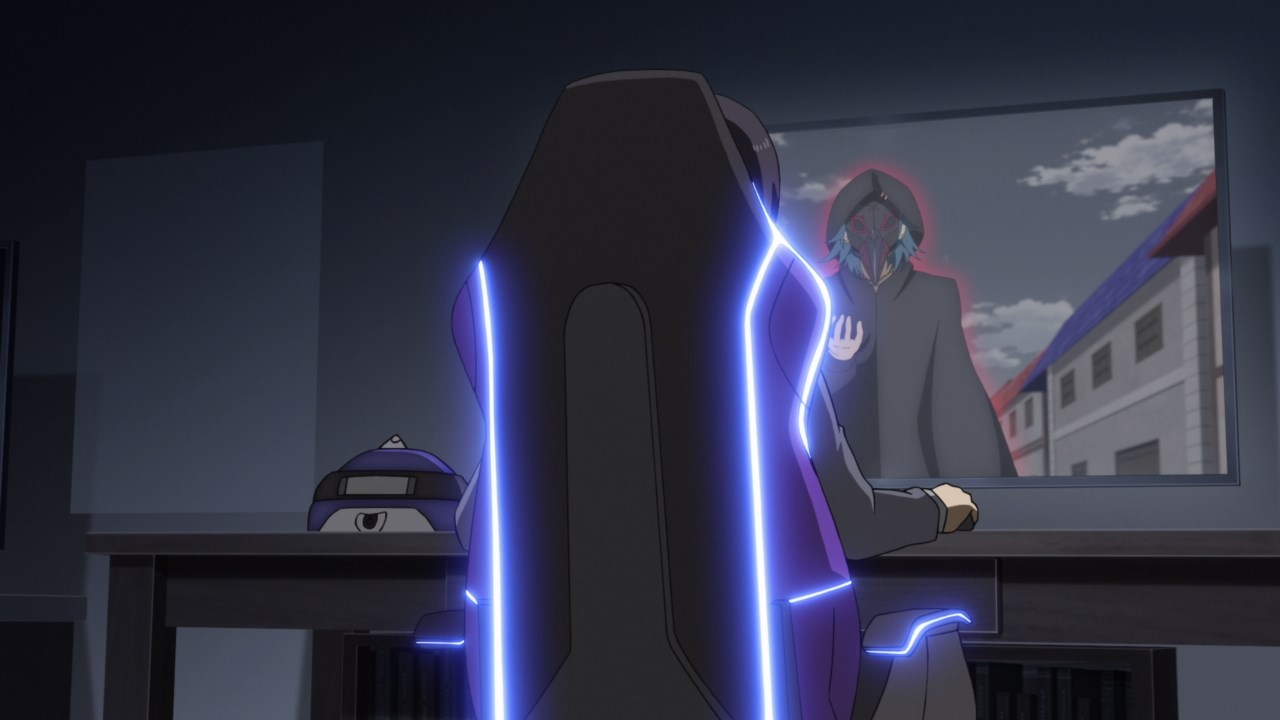 But back to Hiroshi where he decides to play Kiwame Quest rather than abandoning it, although he needs to look at the Auberdine Walkthrough provided by Kamui.

However, looks like Kamui decides not to give him some tips as the best player wants Hiro to figure it out for himself. Um Kamui, that’s not very helpful at all! 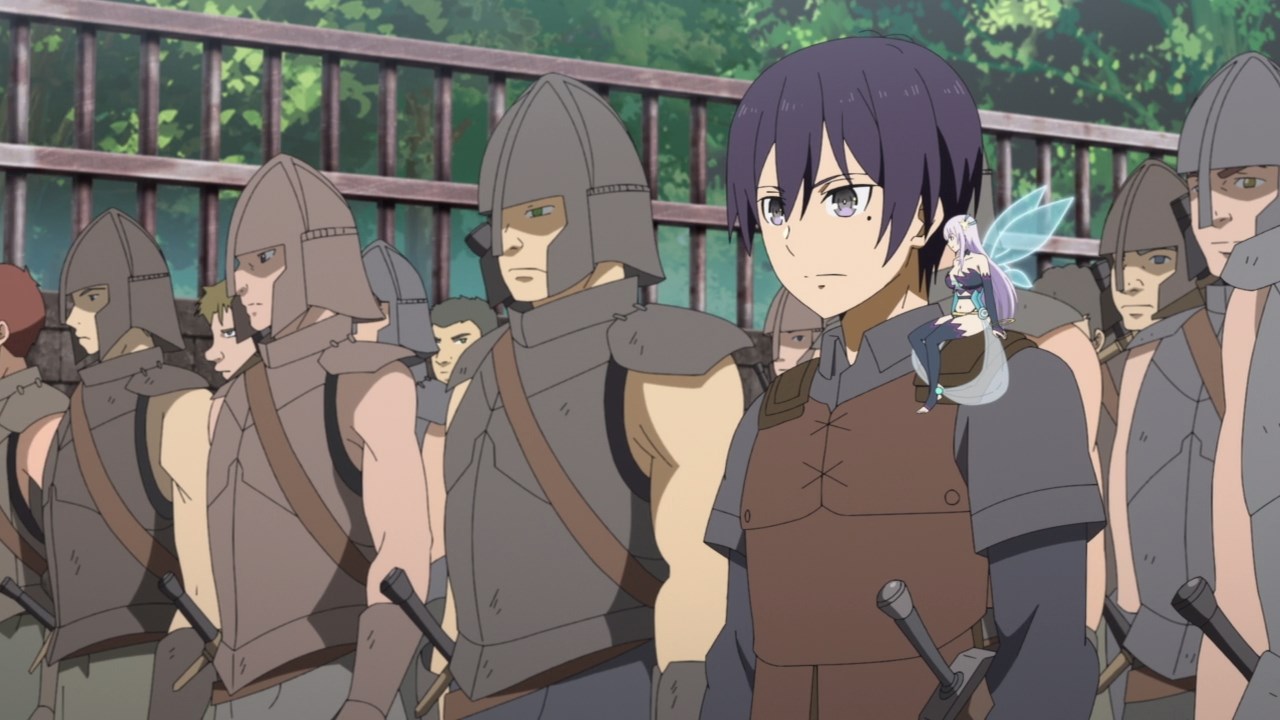 In any case, Hiro returns to Kiwame Quest where he’s ready to fight goblins but first, there’s a little bit of announcement from Captain Tesla. 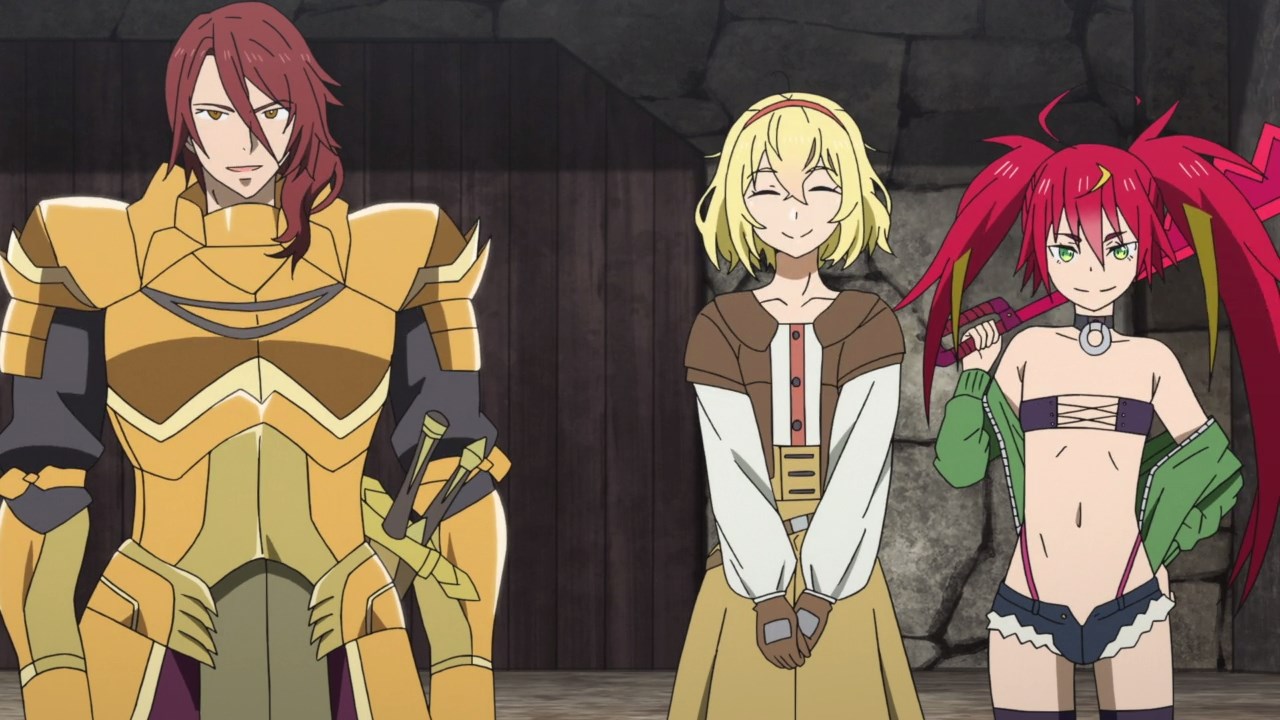 You see, the City Guard added Alicia and Mizarisa into the ranks as they’re gonna fight against goblins. Sure that the inquisitor can fight those monsters on her own, but Alicia is one big fat liability. 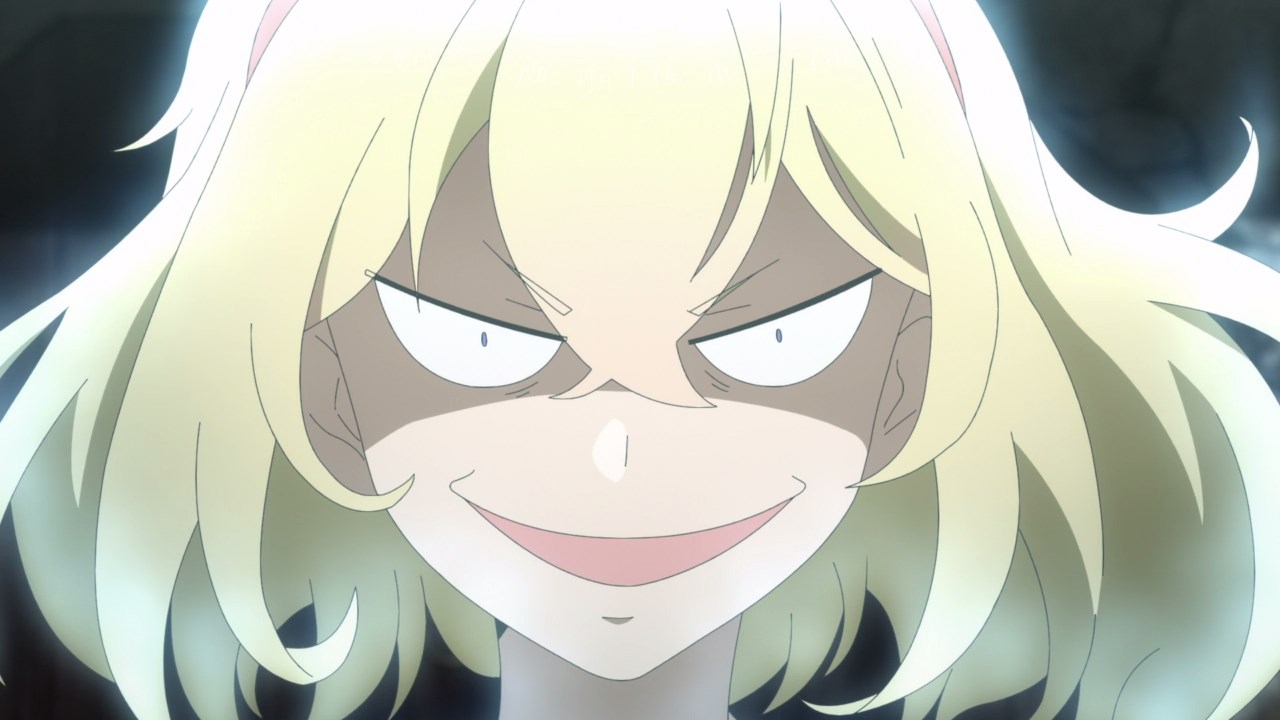 And speaking of Alicia, the fruit slicer from hell is still bitter towards Hiro that she might accidentally kill him. Now Hiro is really scared of losing his precious console! 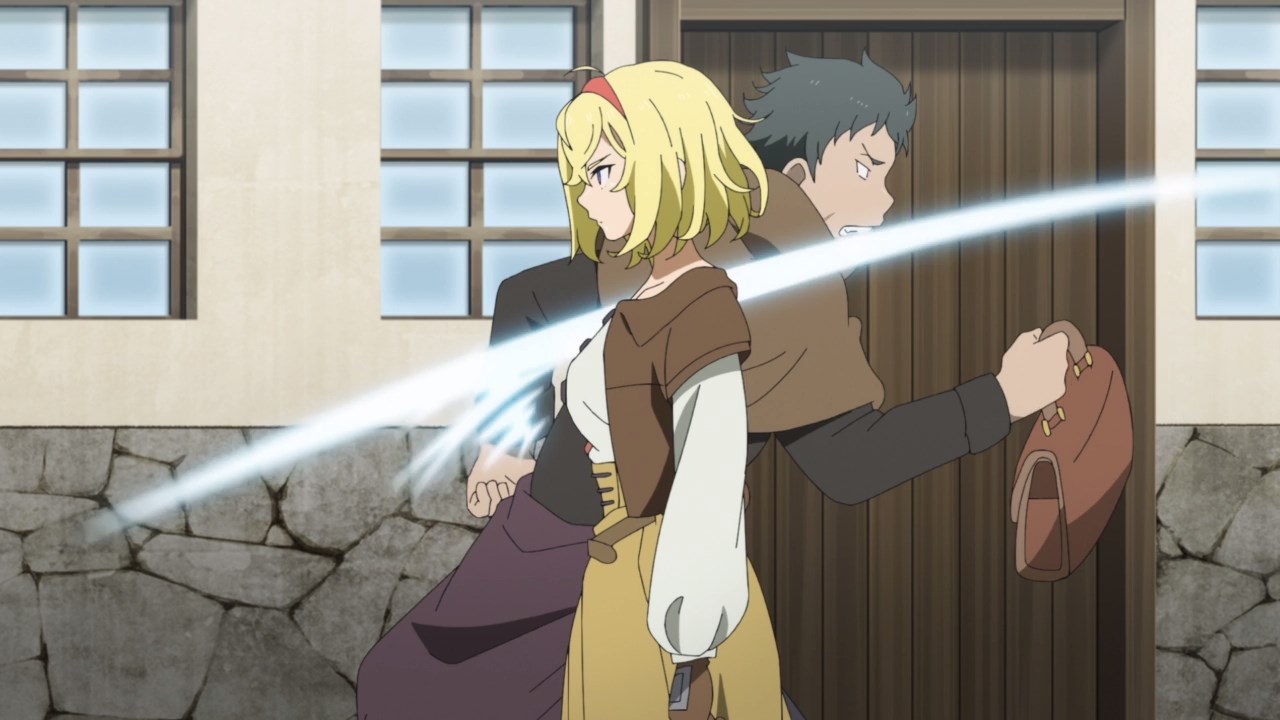 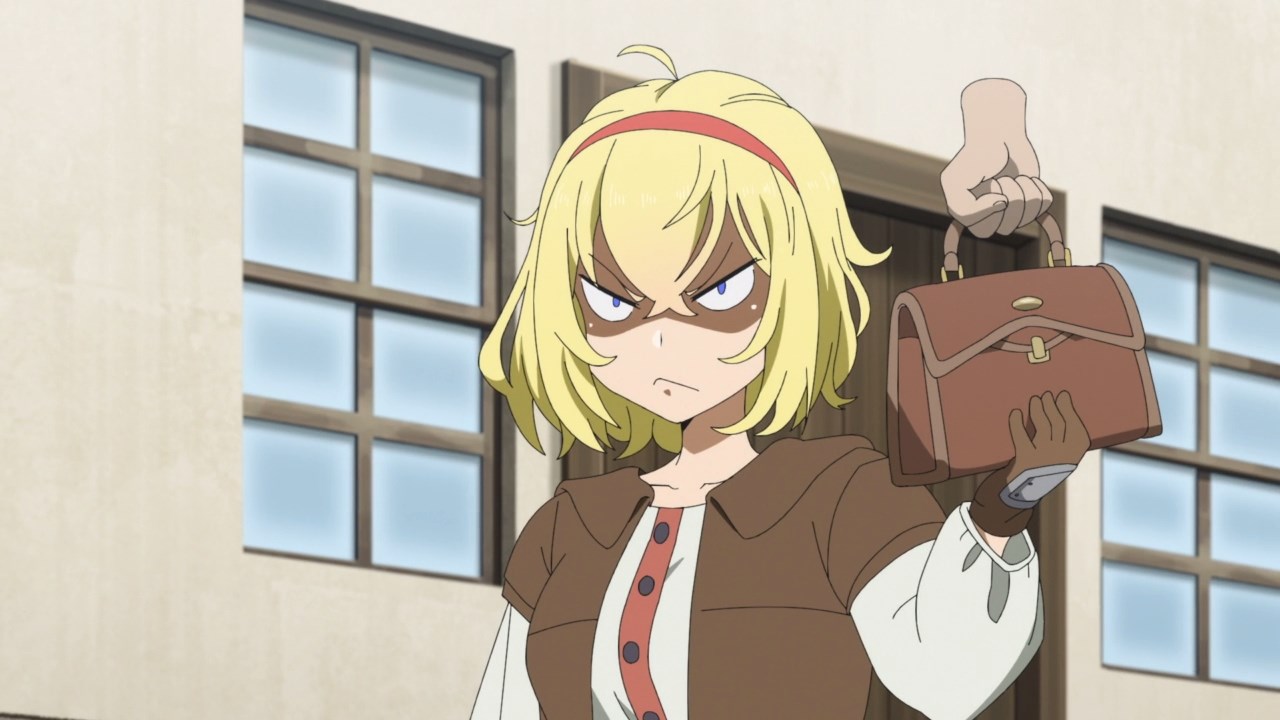 However, it appears that Alicia is capable of fighting monsters or even thieves for that matter as she cuts one hand with her trusty fruit knife.

All I can say that despite being insane, both Alicia and Mizarisa are good allies to Hiro. 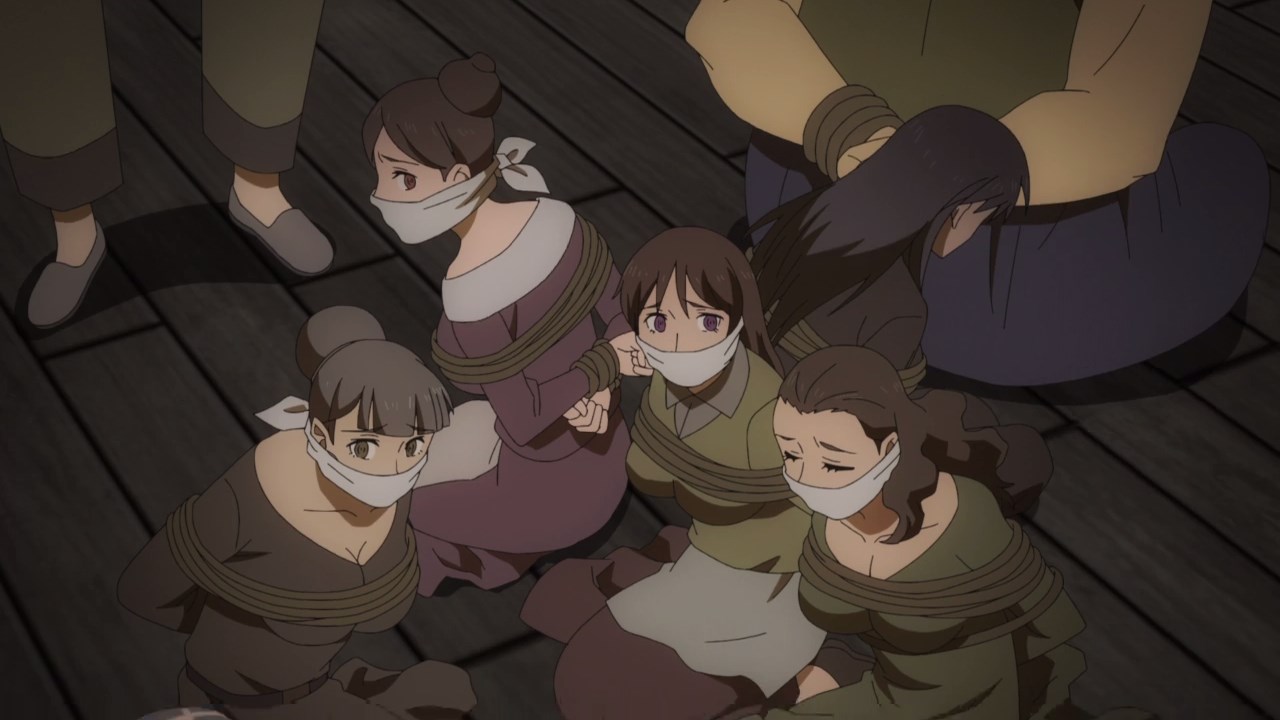 Now then, it appears that Ted City is having a crisis where bandits popped up, ready to take advantage of the goblin attack by stealing goods and taking everyone hostage.

Okay, I think they should rather fight monsters than picking on weak villagers but who’s the perpetrator? 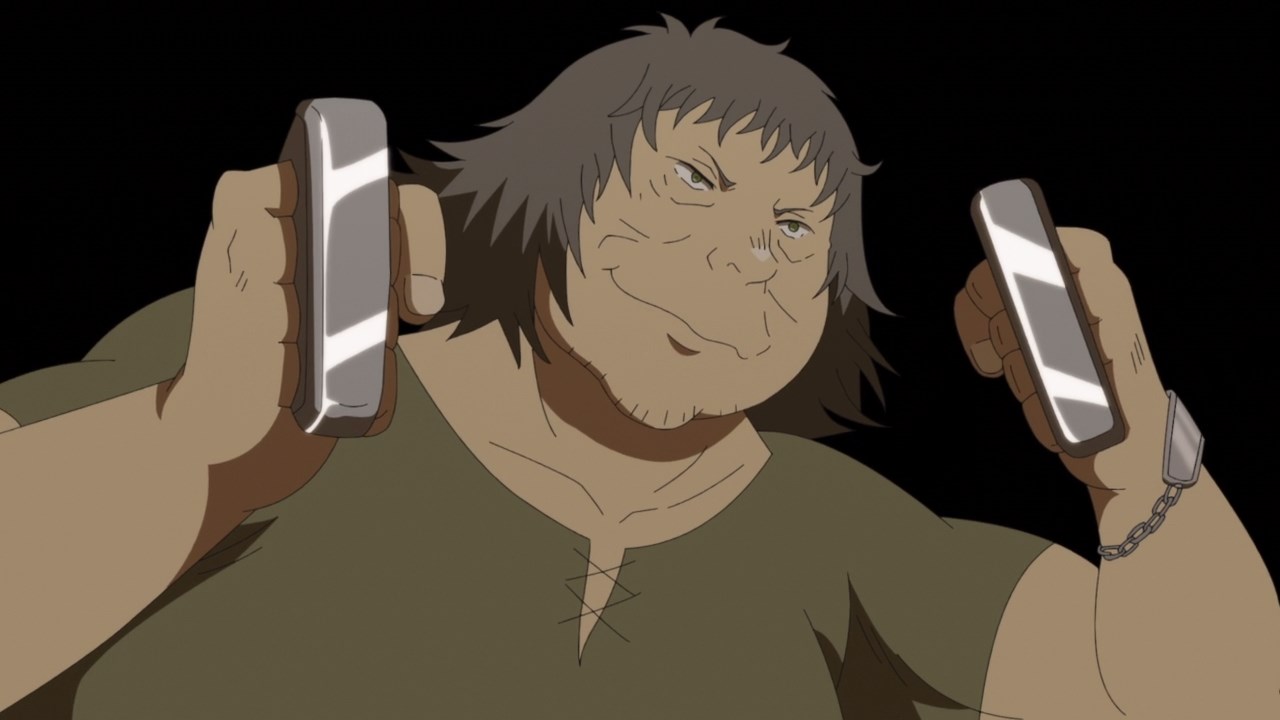 Oh, it’s none other than Ginji where he and his goons decide to steal everything and run away as fast as possible.

Of course, Ginji wants a rematch against Hiro where he brought a pair of brass knuckles. I bet that Ginji will break Hiro’s slightly-rusted sword. 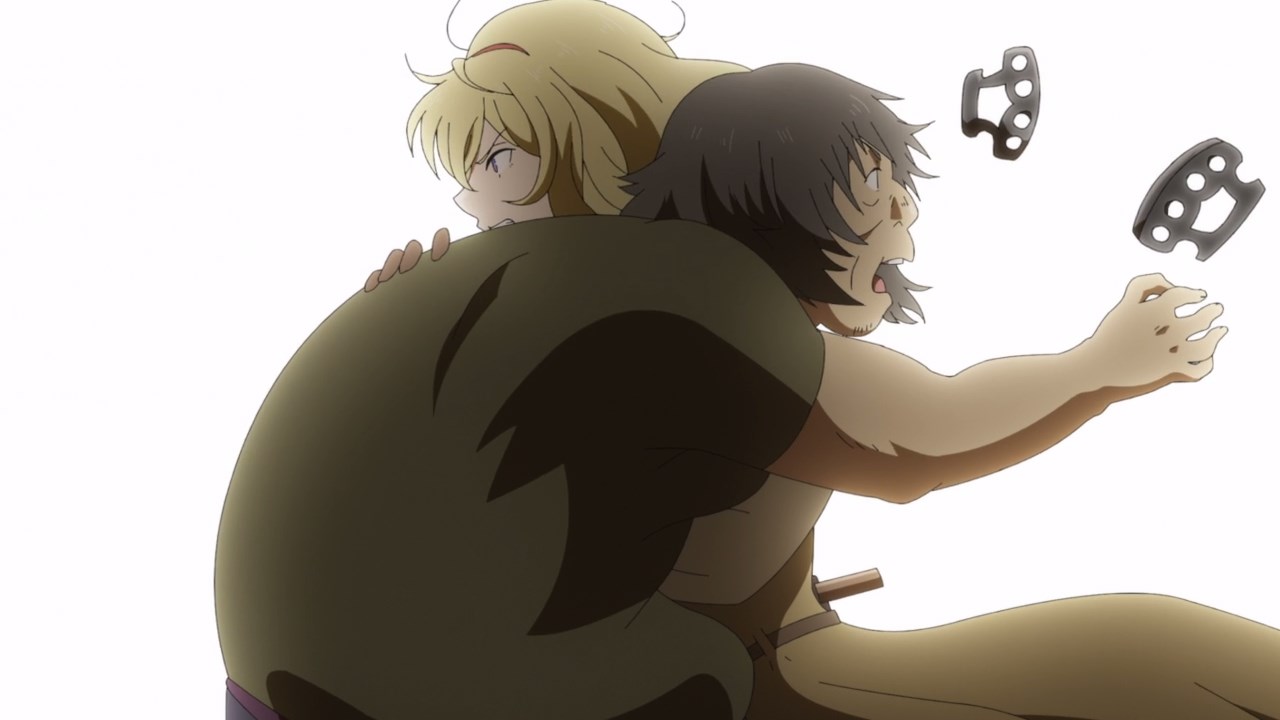 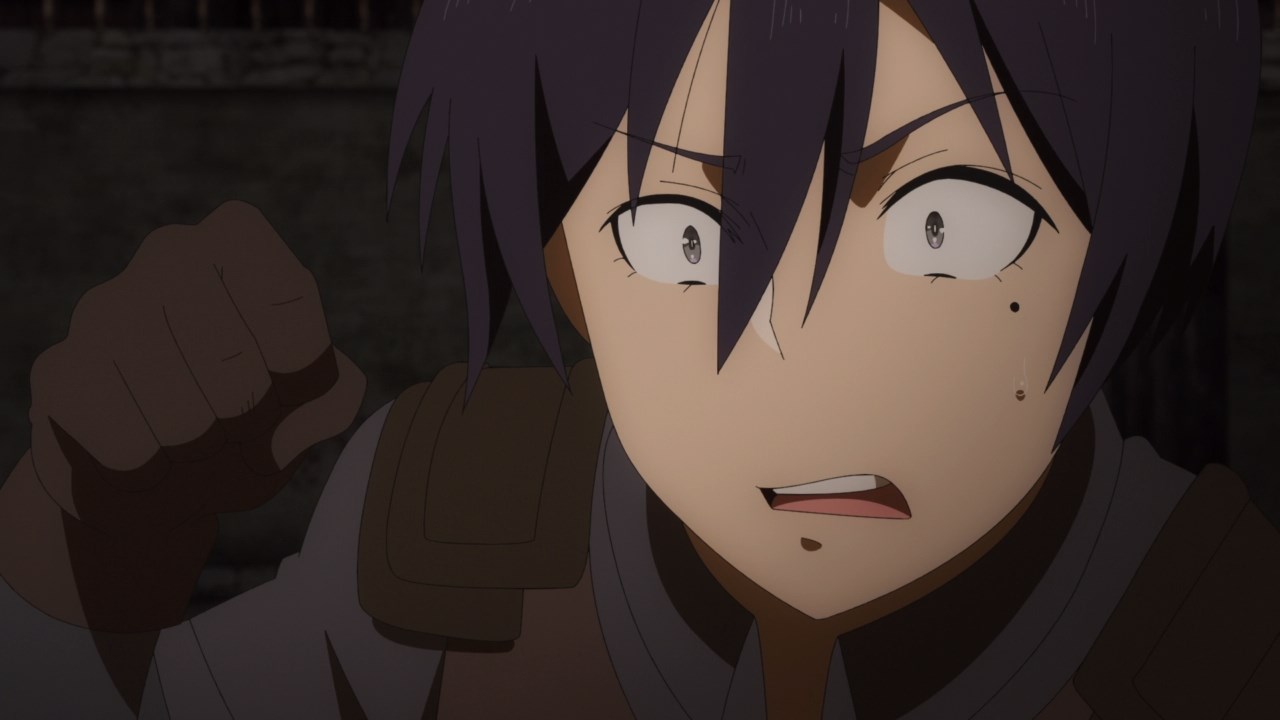 Unfortunately, it appears that Alicia took out Ginji in a flash that even Hiro is stunned to see his psychotic childhood friend beat the shit out of Ginji.

But to be fair though, Ginji is very old and obese to fight at his full potential, not to mention that he’s caught off-guard by Hiro’s female childhood friend as Ginji didn’t experience it before. C’mon, he already killed both of his childhood friends. 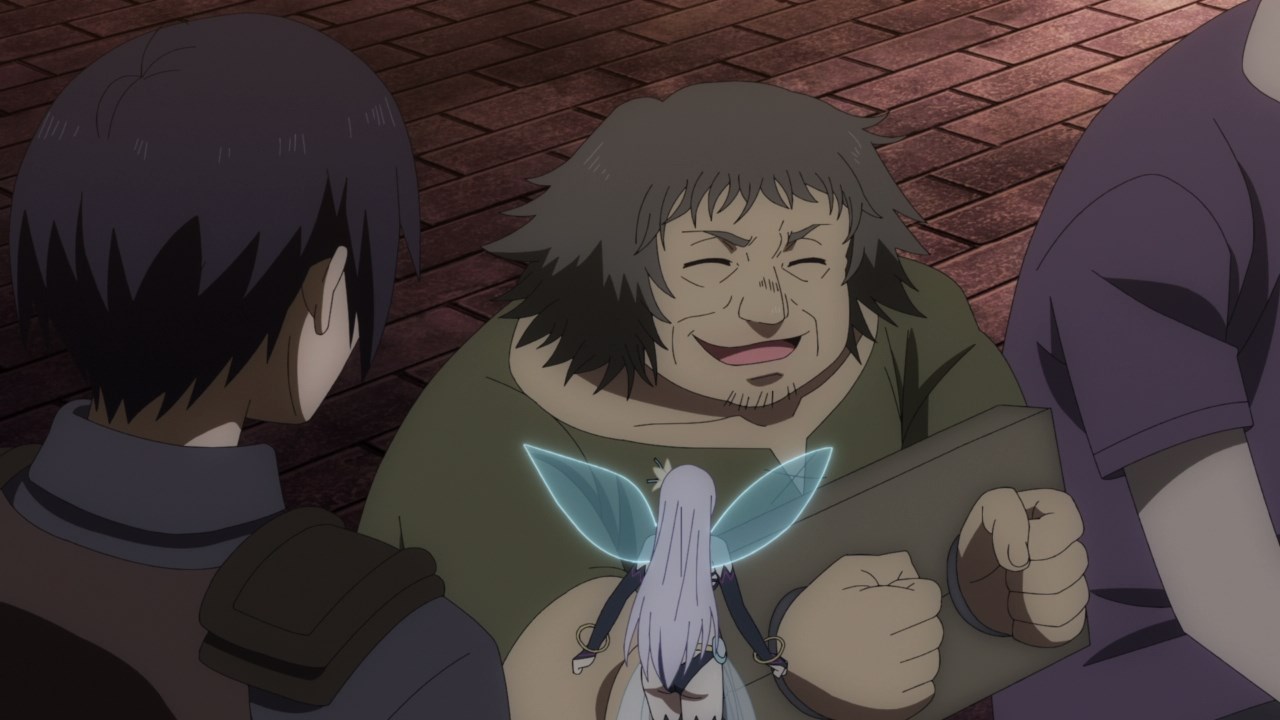 In any case, Ginji and his goons are arrested, although he’ll get out of jail and stay at the casino to gamble again. God, this guy is a scumbag after all! 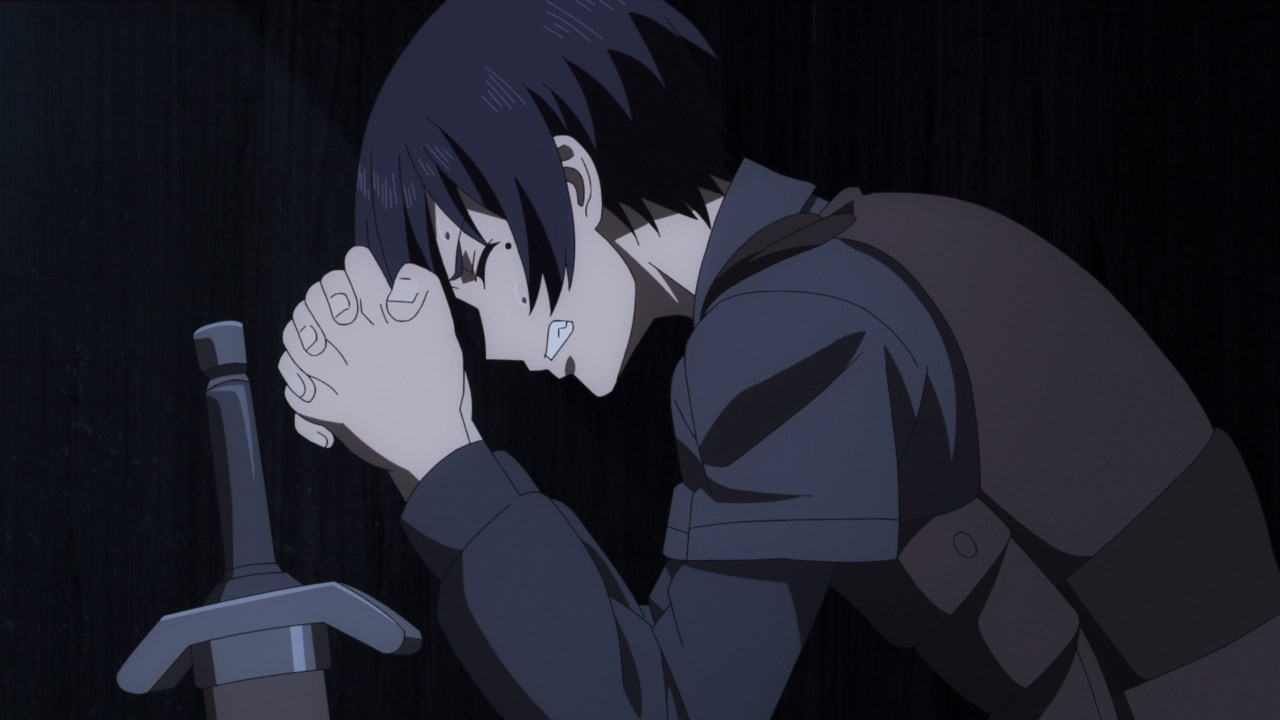 Now then, looks like Hiro is at the toilet where he’s trying to defecate before the big battle. He’ll be in deep shit if Hiro forgot to relieve himself. 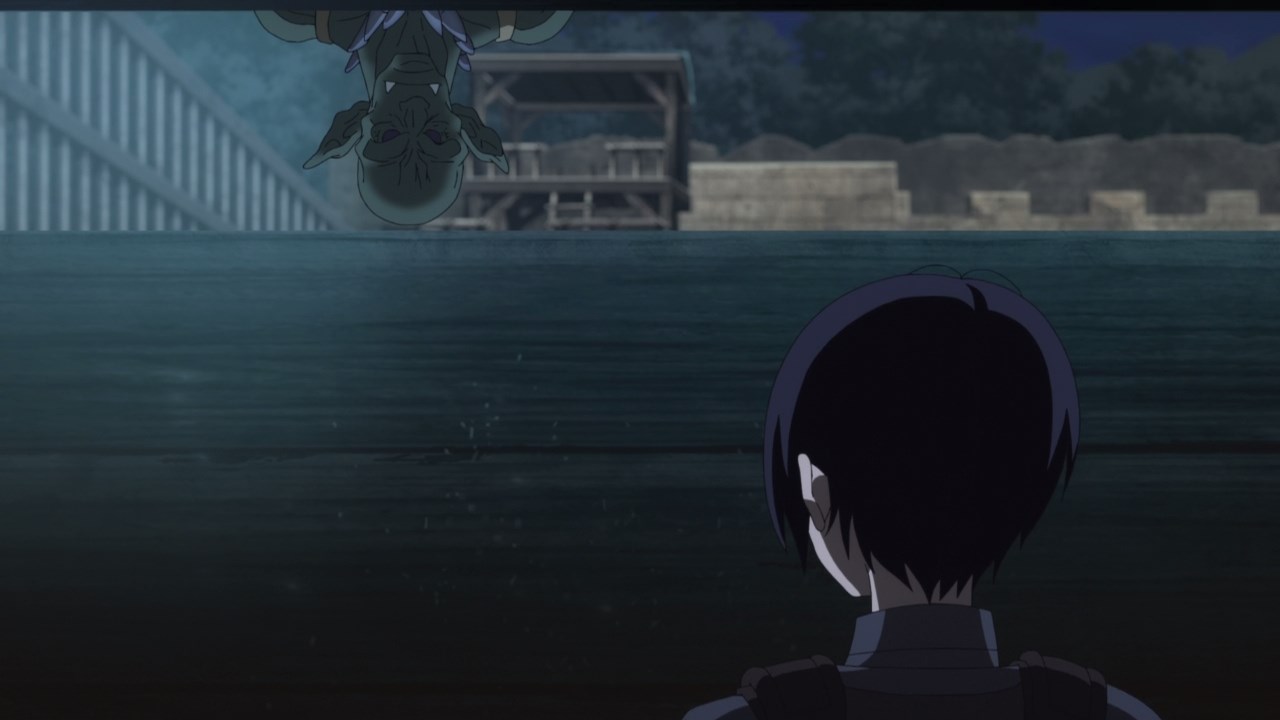 On second thought, it appears that going to the toilet is a bad idea as Hiro encountered a goblin. Fuck, he’s gonna get killed on the next episode!