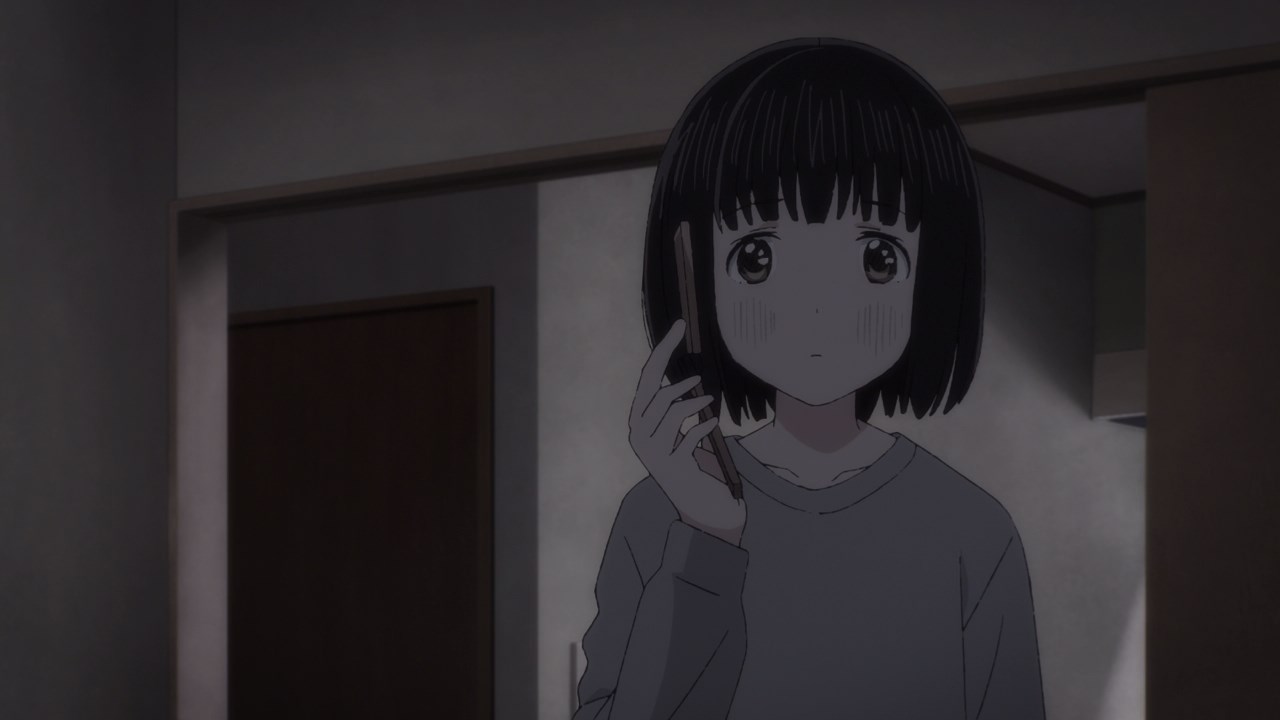 Let’s start this episode where Koguma received a call from Reiko where she wants to show something interesting. 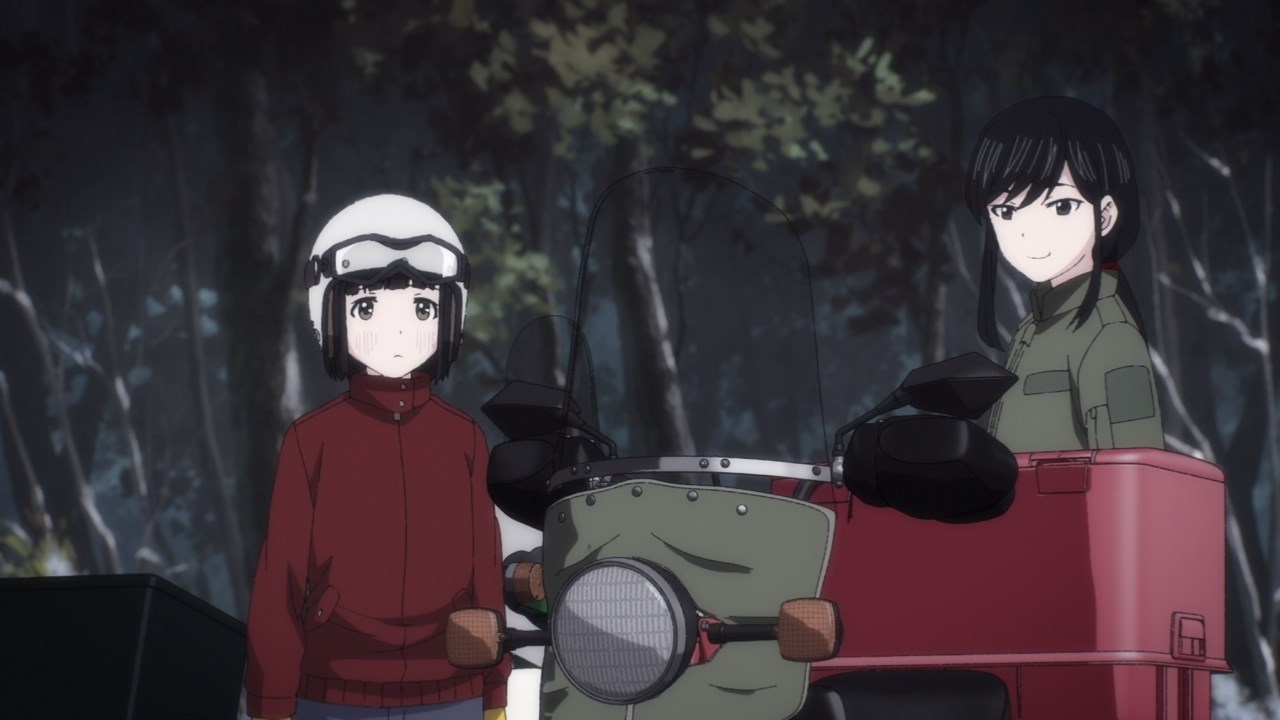 But anyways, Koguma went to Reiko’s log cabin where she shows an interesting item. What is it? 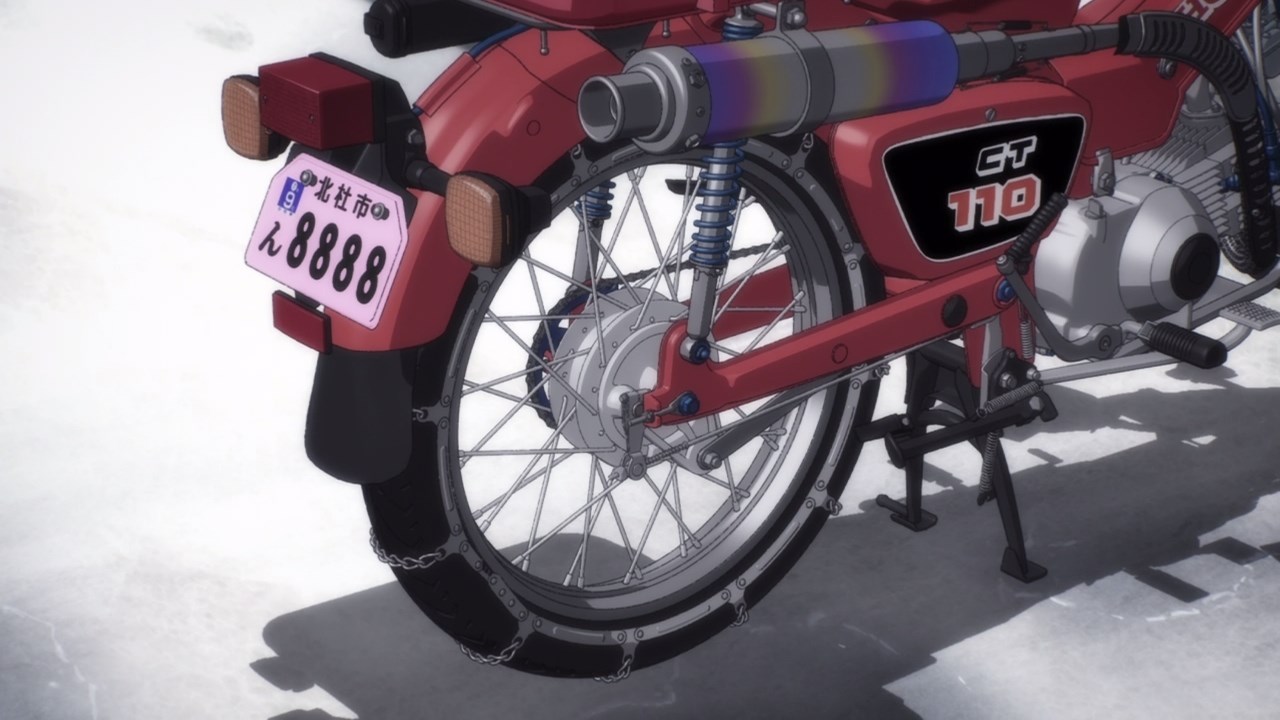 Well, it’s actually tire chains where Reiko got them from a newspaper company that’s about to go under. While Reiko already installed the tire chains in her Hunter Cub, I wonder if she has a spare? 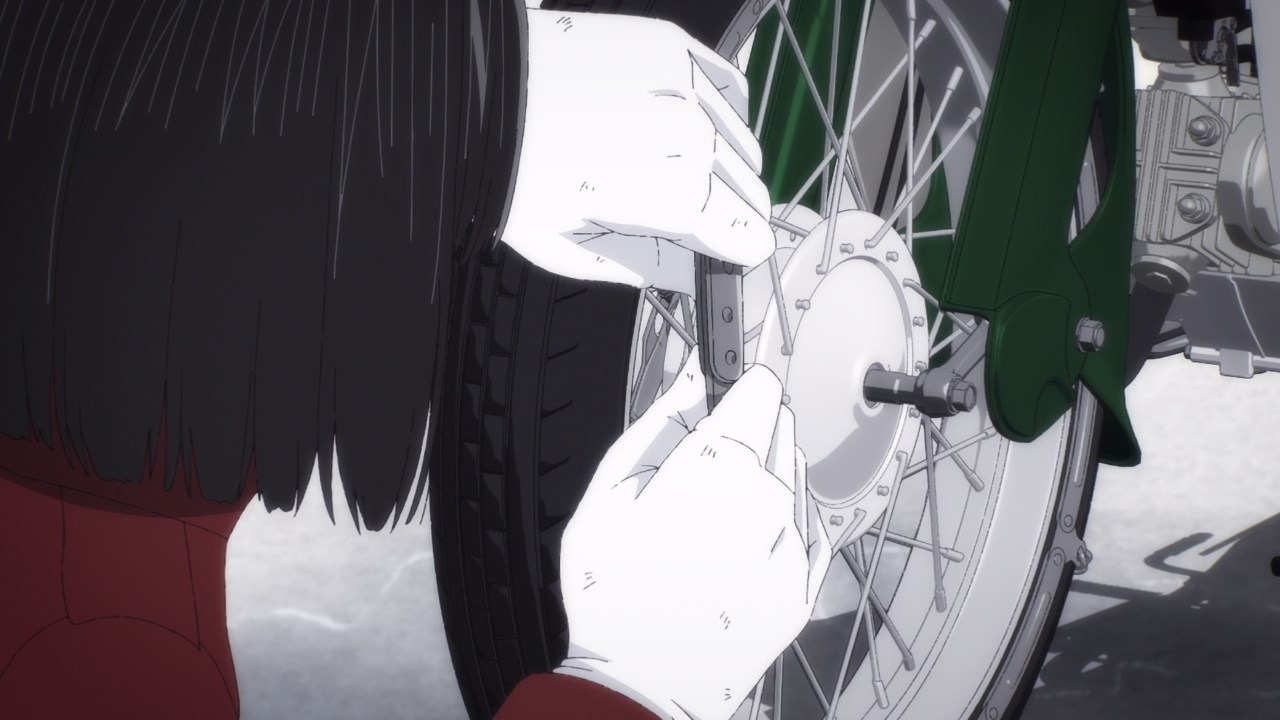 Turns out that she has an extra pair, which is perfect for Koguma as she needs it to her Super Cub.

After all, riding her bike during winter is dangerous, especially when her Super Cub has slick tires. 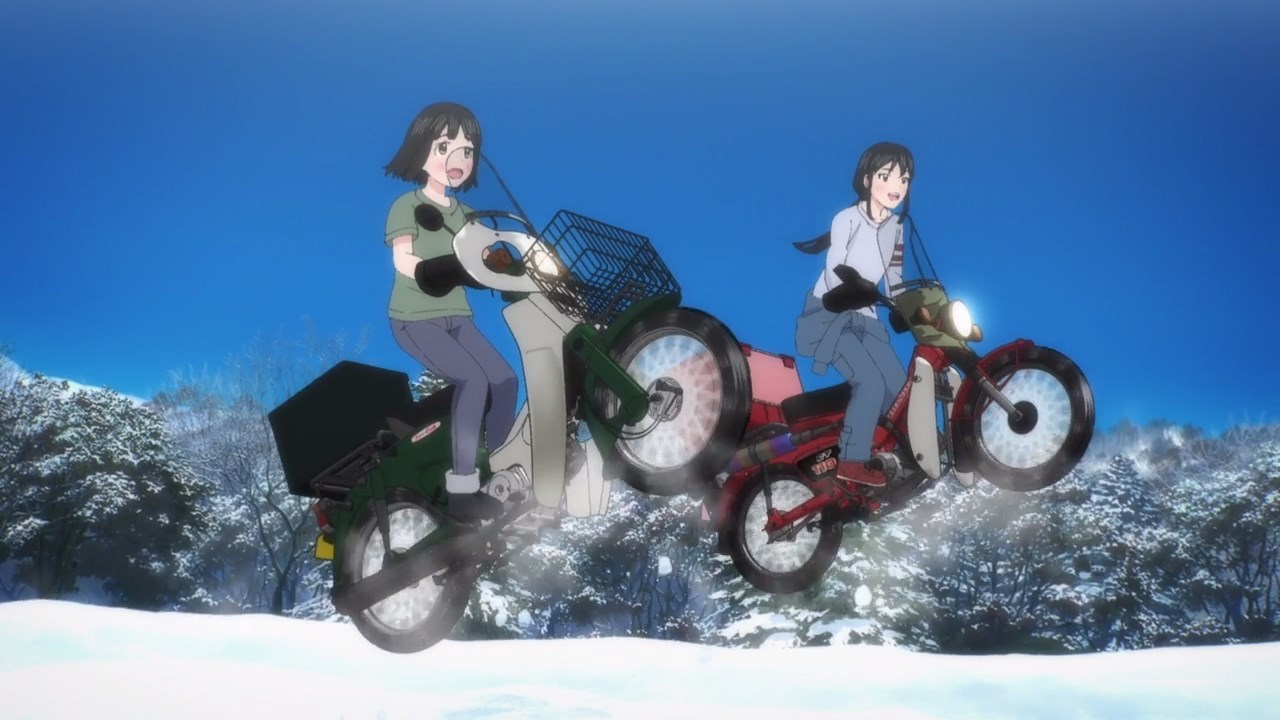 And so, Koguma installed her tire chains, meaning that she can finally ride her bike on snowy terrain.

Then again, it appears that she had a wonderful time with Reiko as they rode their bikes towards the mountain. Look at these girls go, they had lots of fun on this episode! 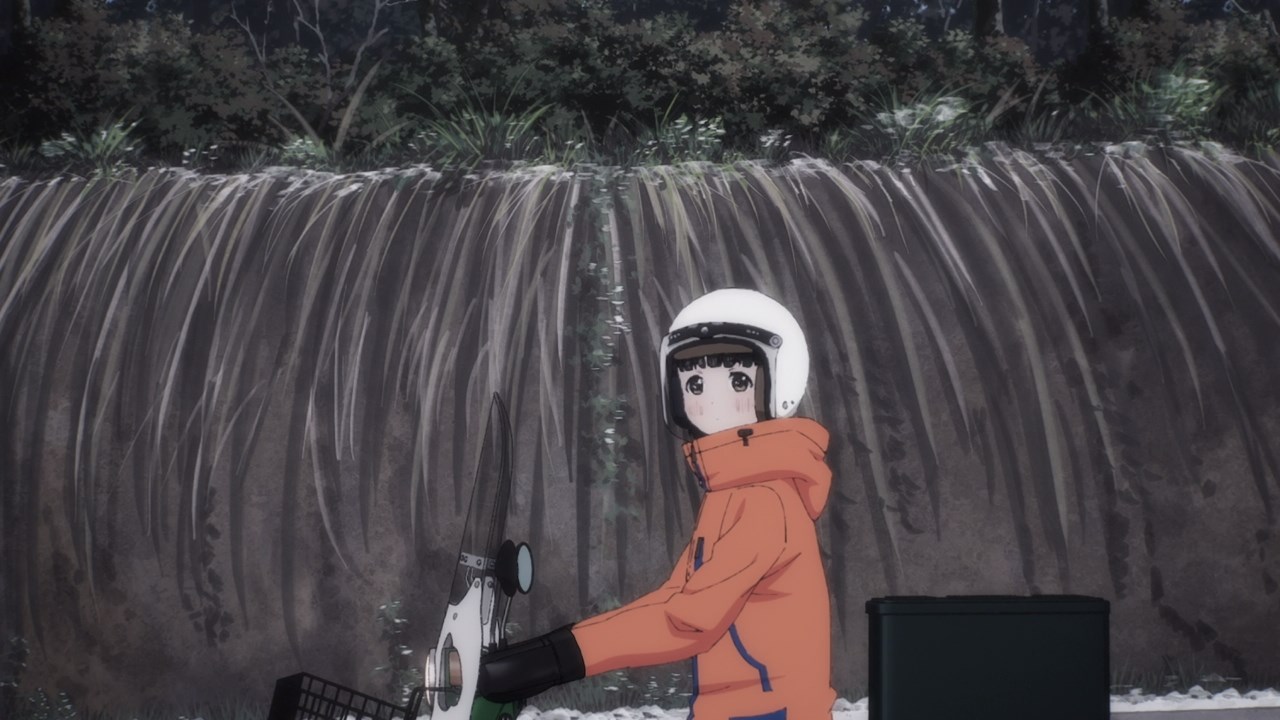 Moving onto the next scene where Koguma rides her bike to Mukawa High School as usual.

By the way, she’s wearing an orange jacket and a face shield but more importantly, Koguma saw someone going to the cat trail. 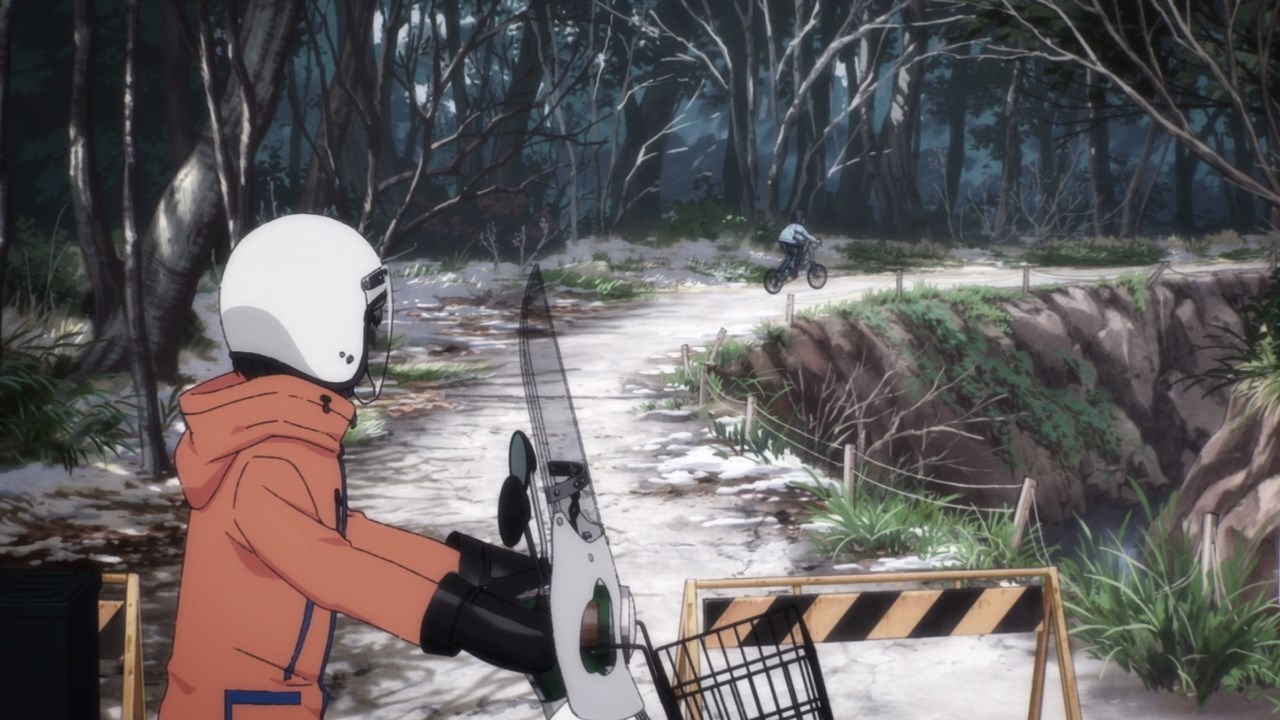 Then again, I’m worried that Shii-chan might get caught in an accident by what is she doing lately? 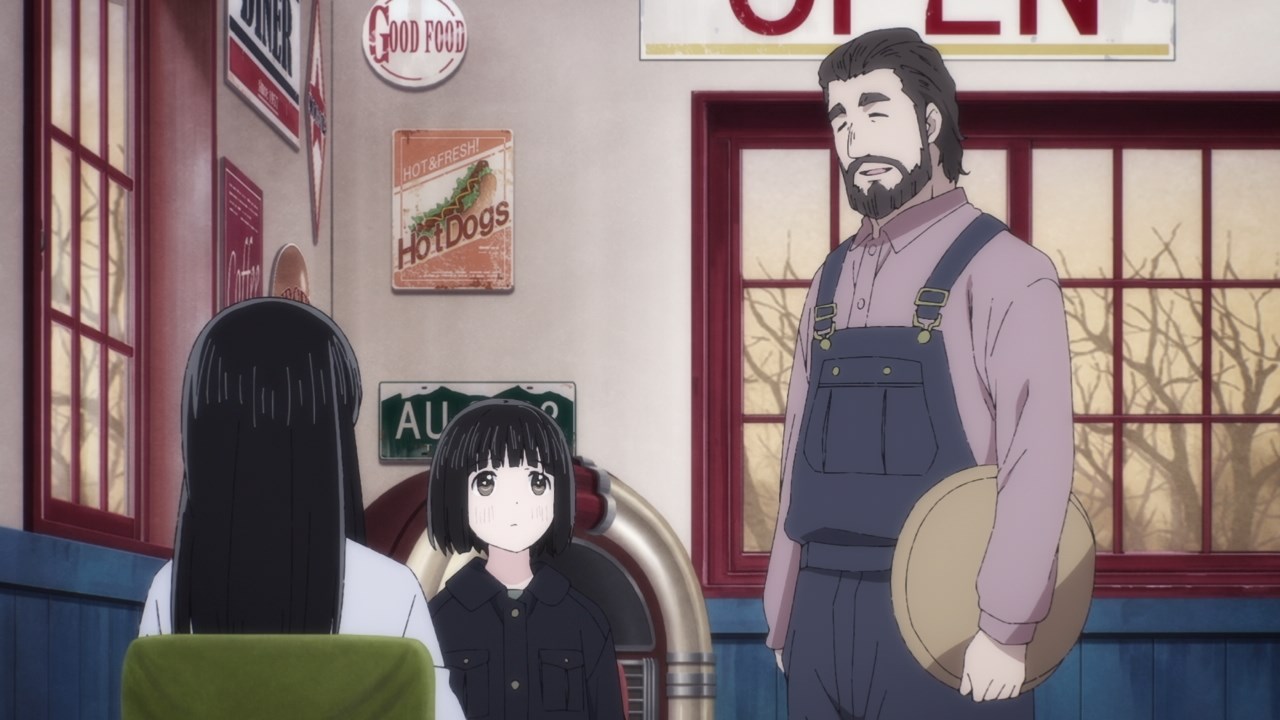 Well, here’s Shii-chan’s father where he explained that his daughter is gathering items as she’s planning to turn one section of Beurre into an Italian café. I’m surprised that her passion of becoming a barista is getting stronger! 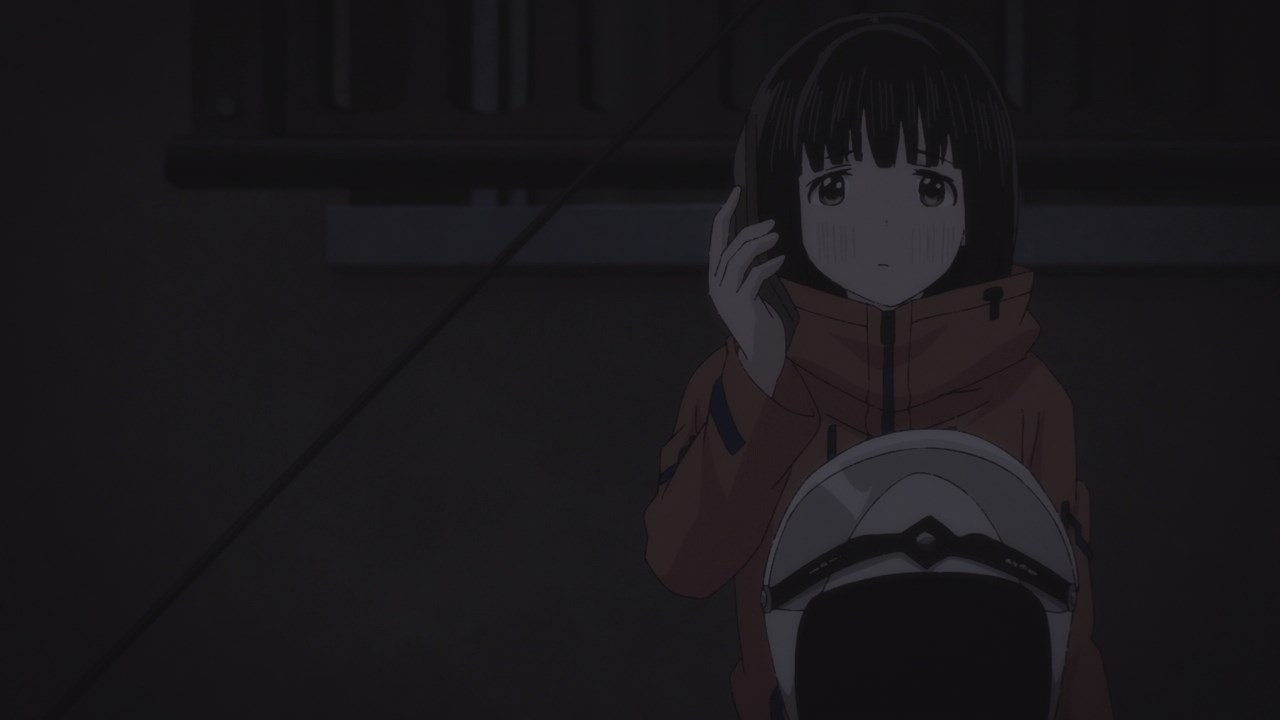 But now, let’s end this episode where Koguma received a call from Shii-chan. And this time, it’s very serious. 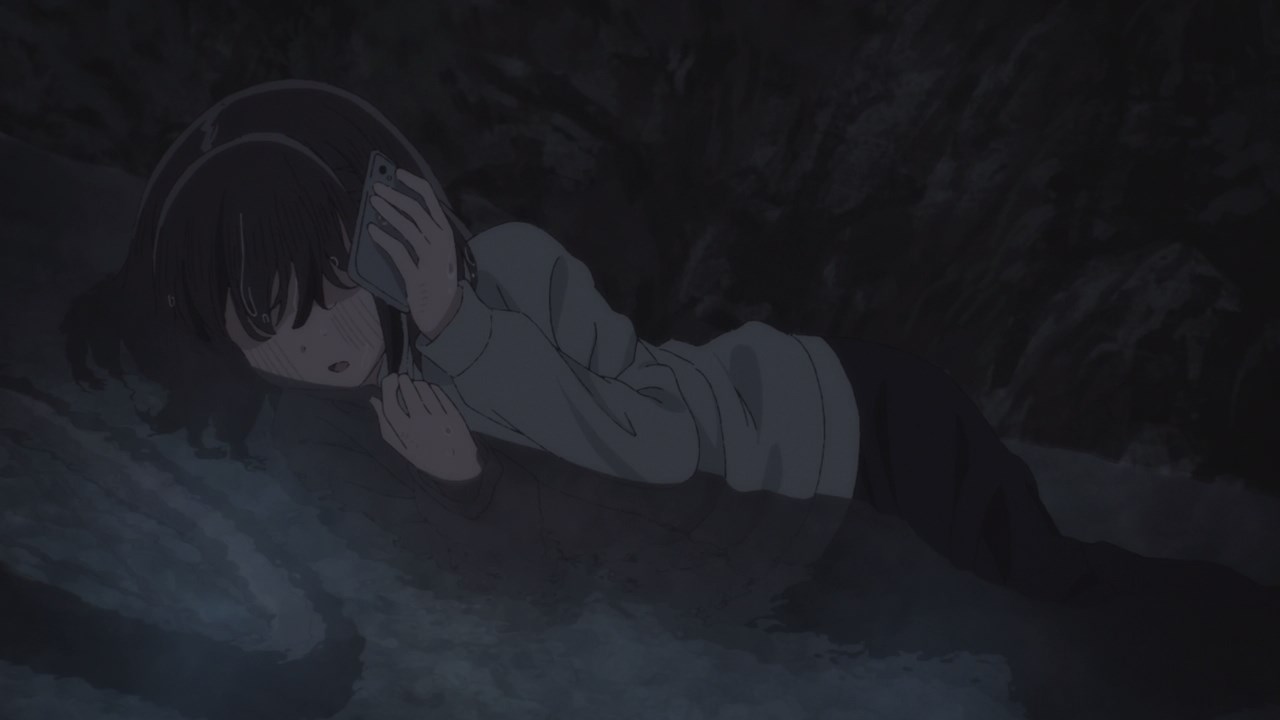 You see, Shii Eniwa fell down to the river, got a sprain in one of her legs, and she’s about to die from hypothermia. Oh boy, looks like Koguma and Reiko will have to rescue her on the next episode!