Joran: The Princess of Snow and Blood Episode #11 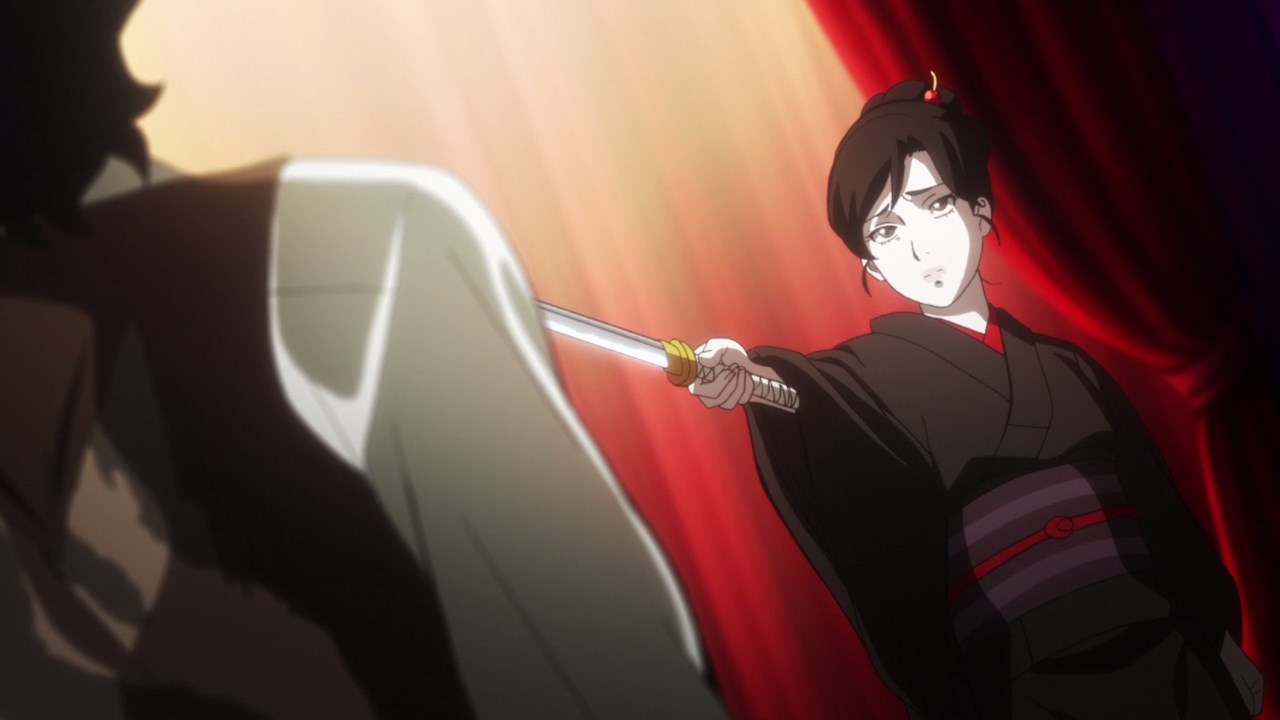 Well everyone, this is the final battle between Sawa Yukimura and Jin Kuzuhara on this penultimate episode… except that Sawa wants answers from her boss on why Jin killed the entire Karasumori Clan. 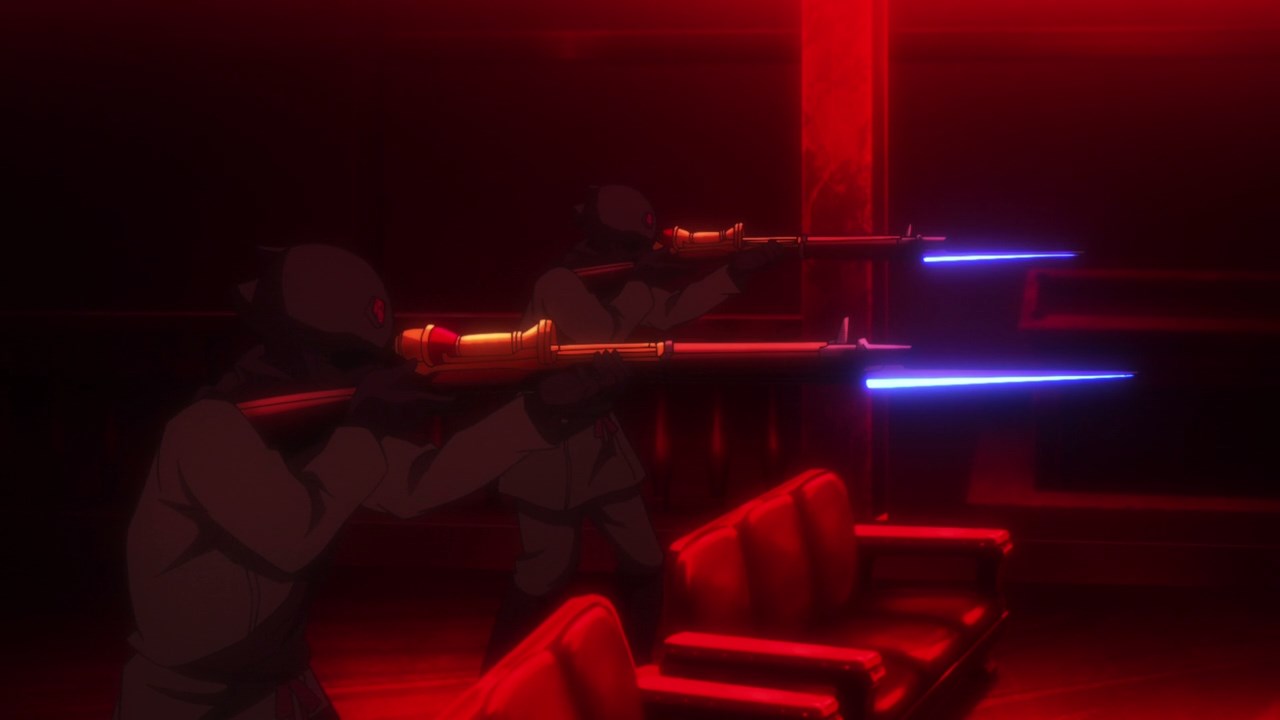 However, just as Yukimura attempts to force Kuzuhara to tell the truth, the shogunate forces showed up where they’re here to find the surviving member of the Karasumori Clan. 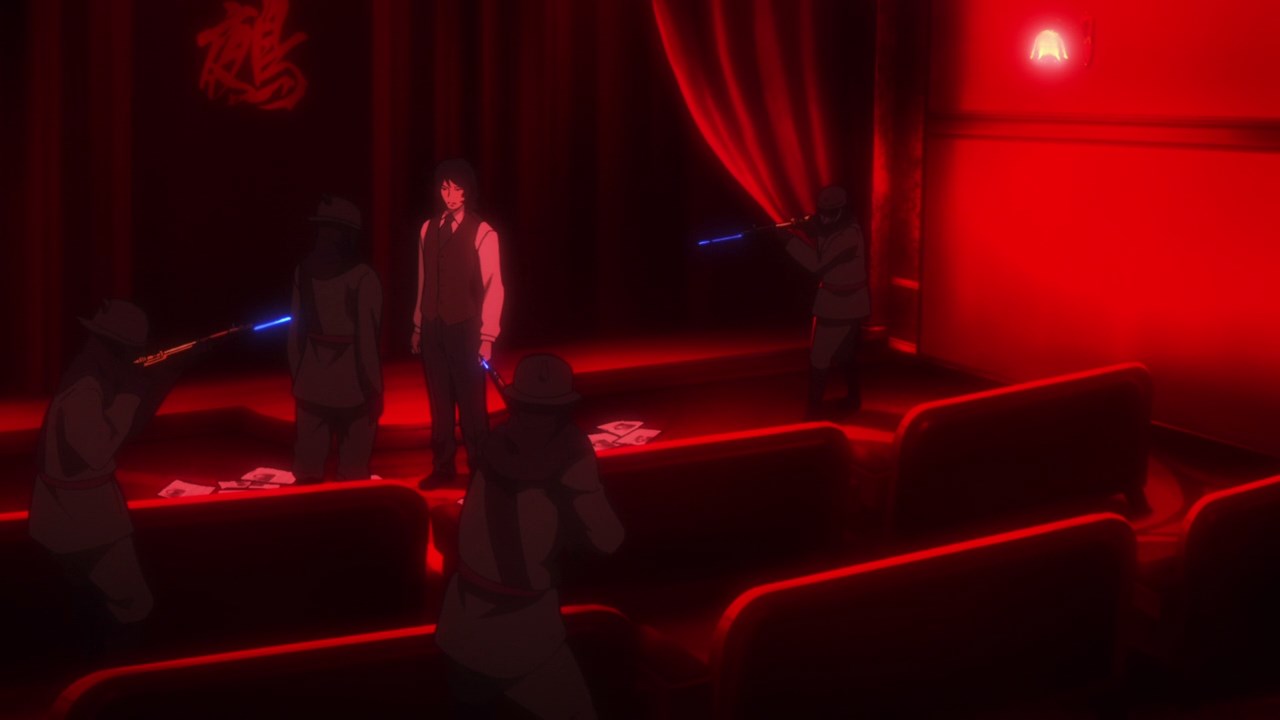 Of course, Sawa is nowhere to be found, meaning that she already escaped the secret compound. But still, Yoshinobu Tokugawa won’t give up on taking her as his forces will intensify the search. 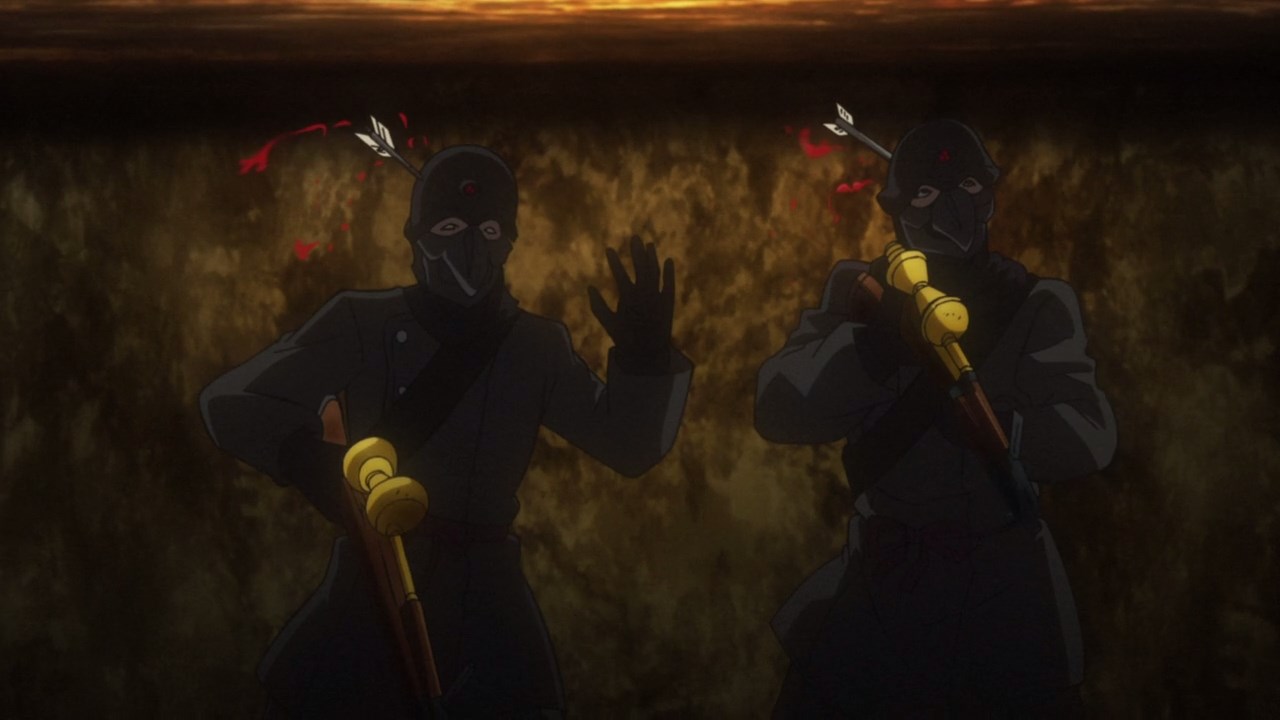 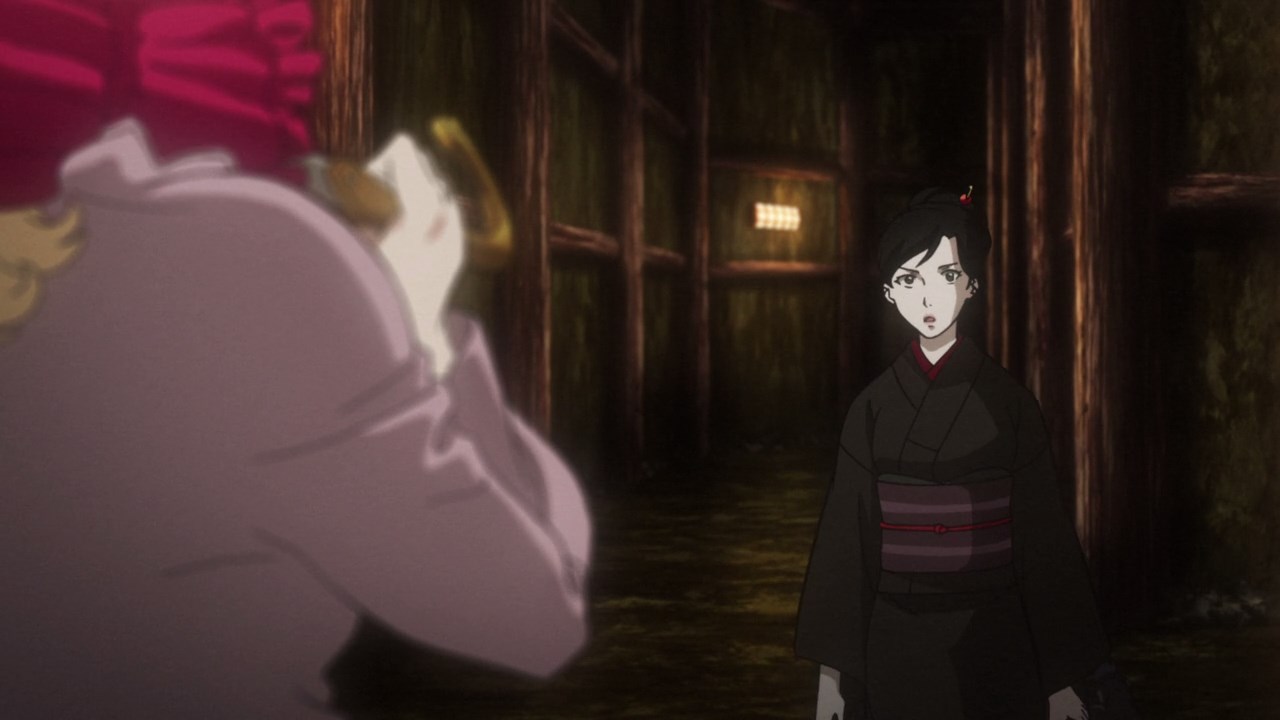 Now then, here’s Sawa Yukimura where she saw 2 soldiers getting shot to the head by a certain courtesan. Even Sawa can’t believe it! 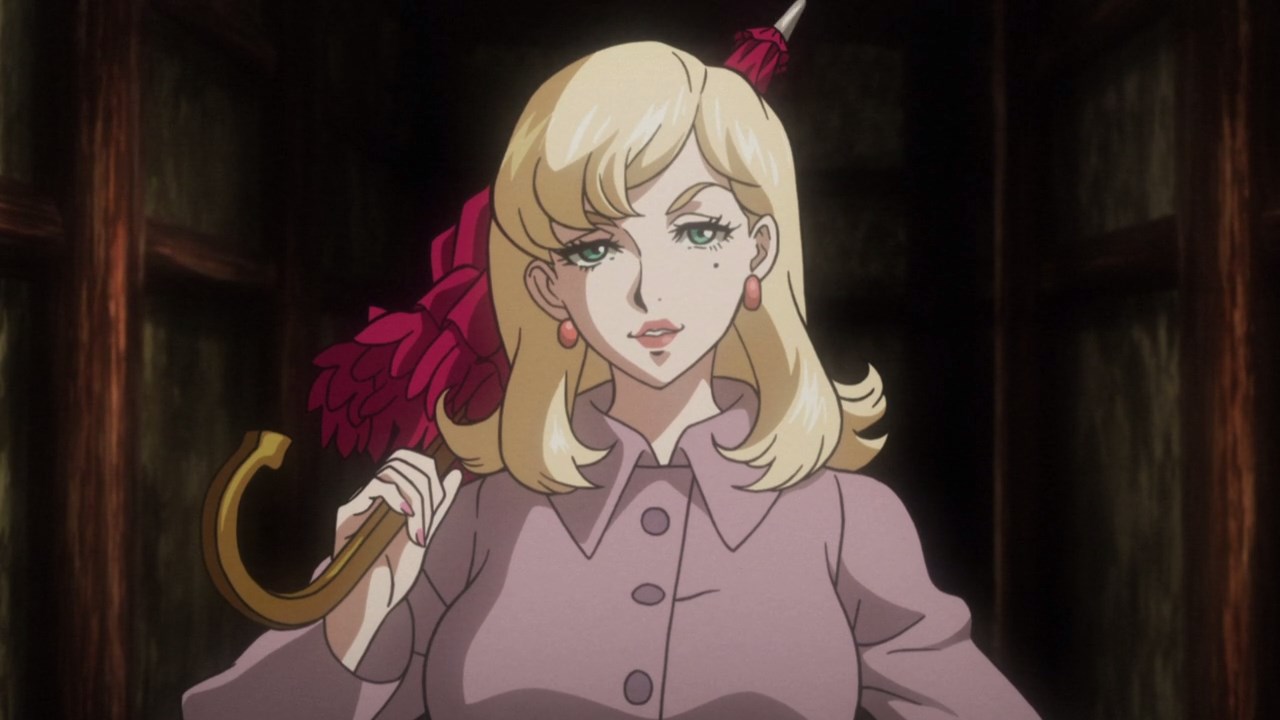 That’s right, it’s Elena Hanakaze where she’s still a badass despite carrying a child in her belly. Still, Sawa needs to get out as soon as possible. 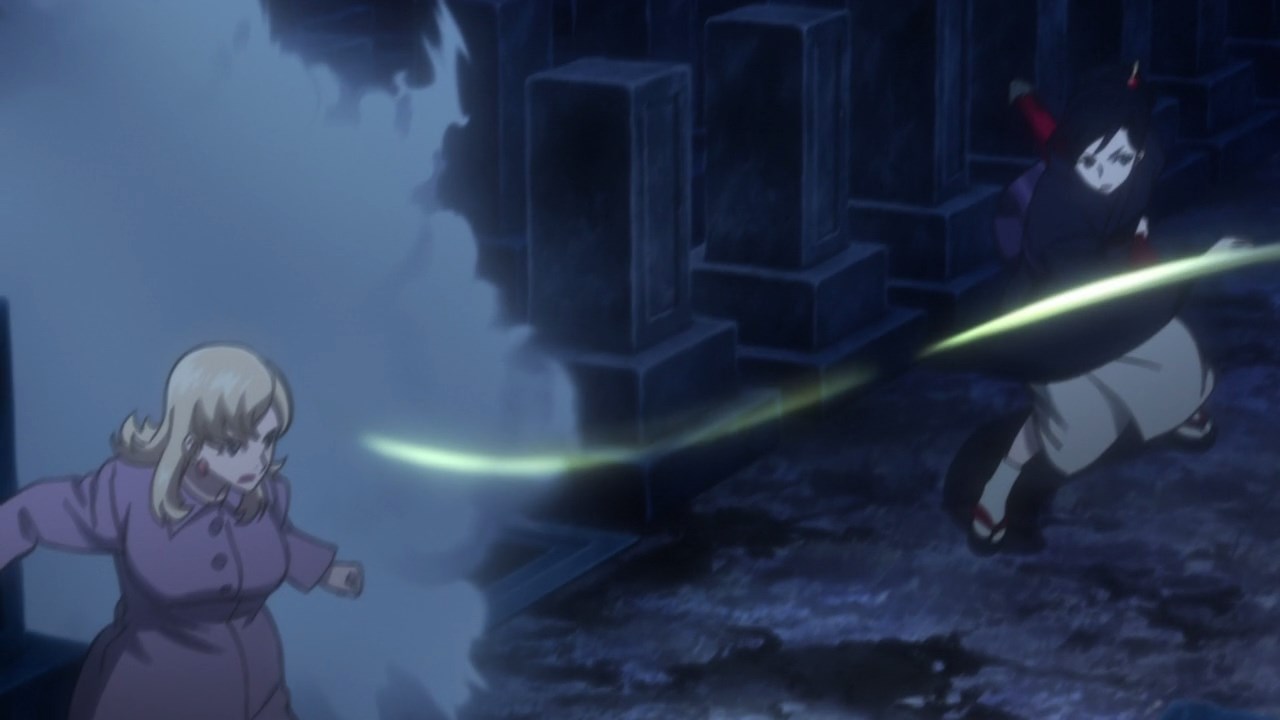 However, it appears that someone knows their way out as Sawa and Elena are attacked by an executioner. 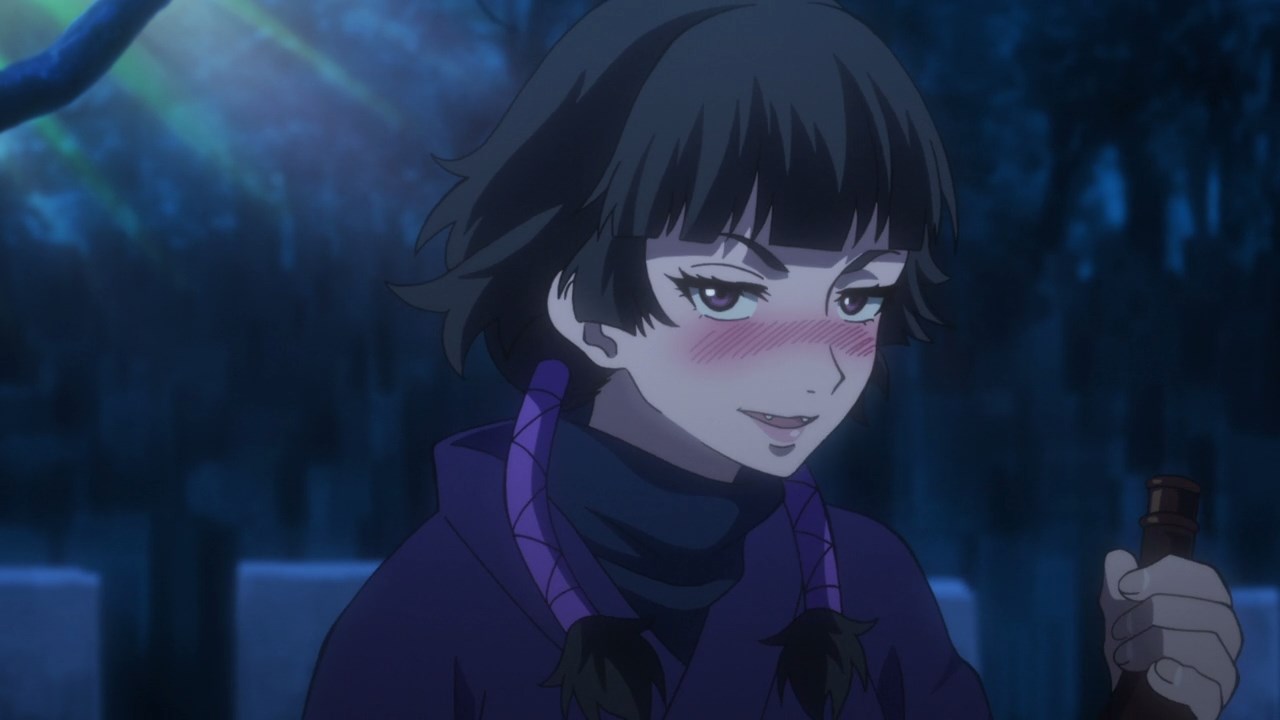 Said executioner happened to be Rinko where she was ordered by the shogunate to capture Sawa Yukimura alive.

I guess Rinko wants Sawa to suffer like a guinea pig, being experimented by scientists while her blood is being drained away. 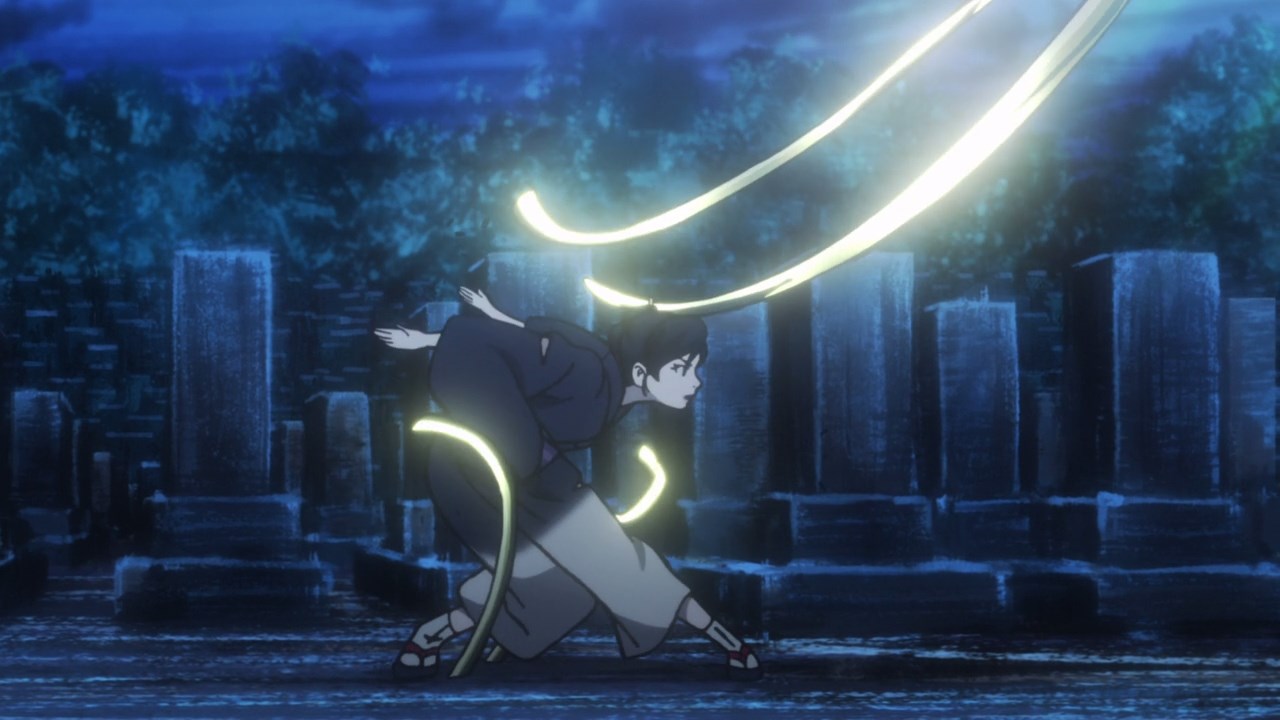 Unfortunately for Rinko, Sawa proved to be the better warrior as she chops Rinko’s oronium strips using her bare hands. 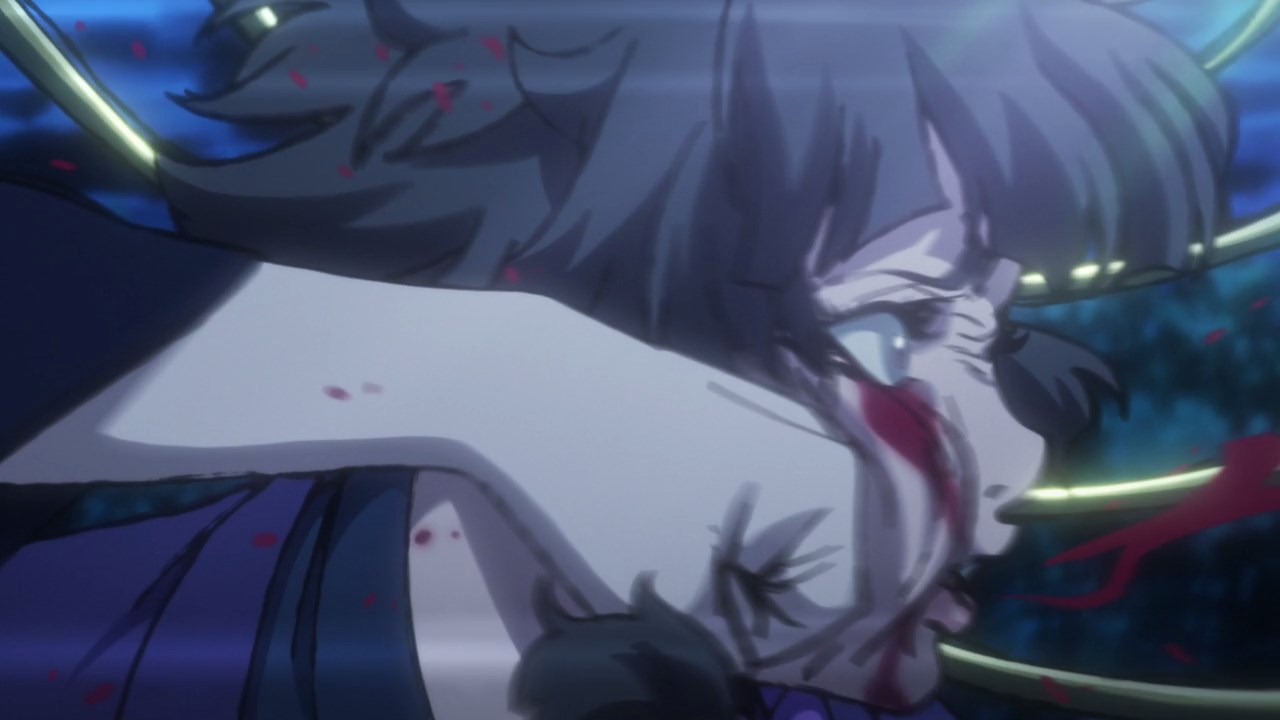 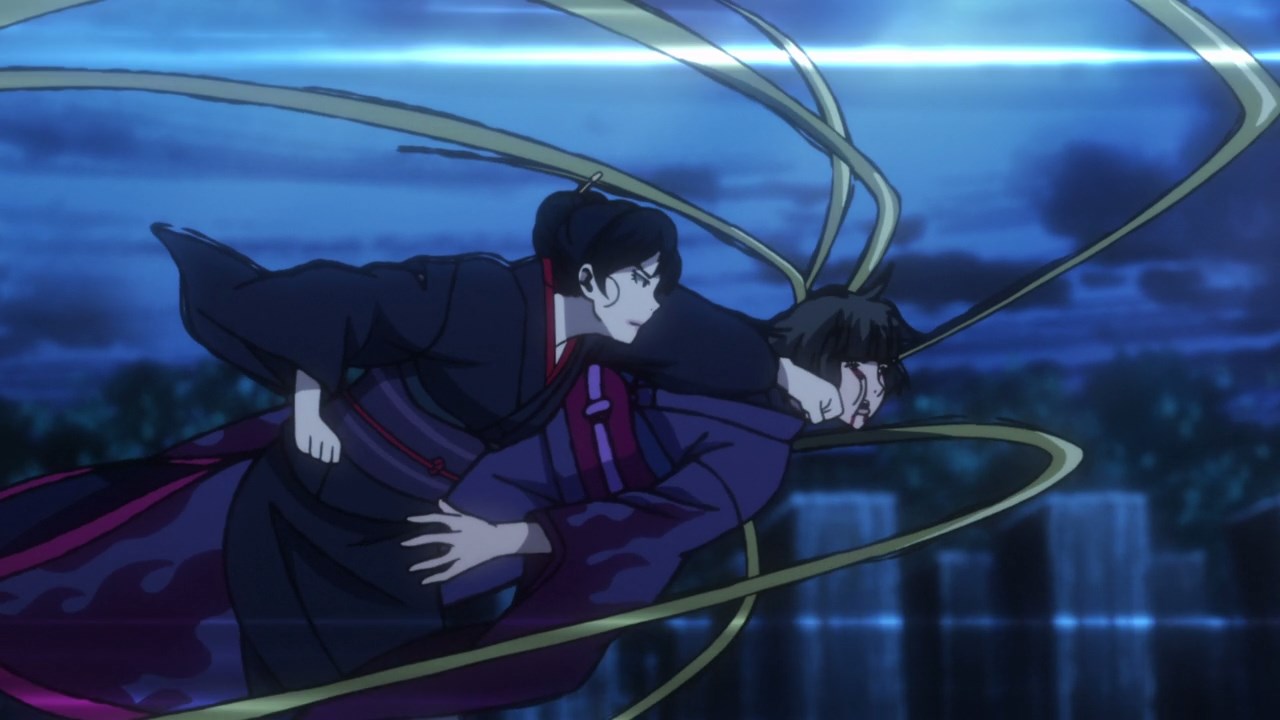 Not only that, but she punched the Nue executioner despite being drunk and having lots of oronium strips inside her body. I guess Sawa doesn’t need a sword to put Rinko down. 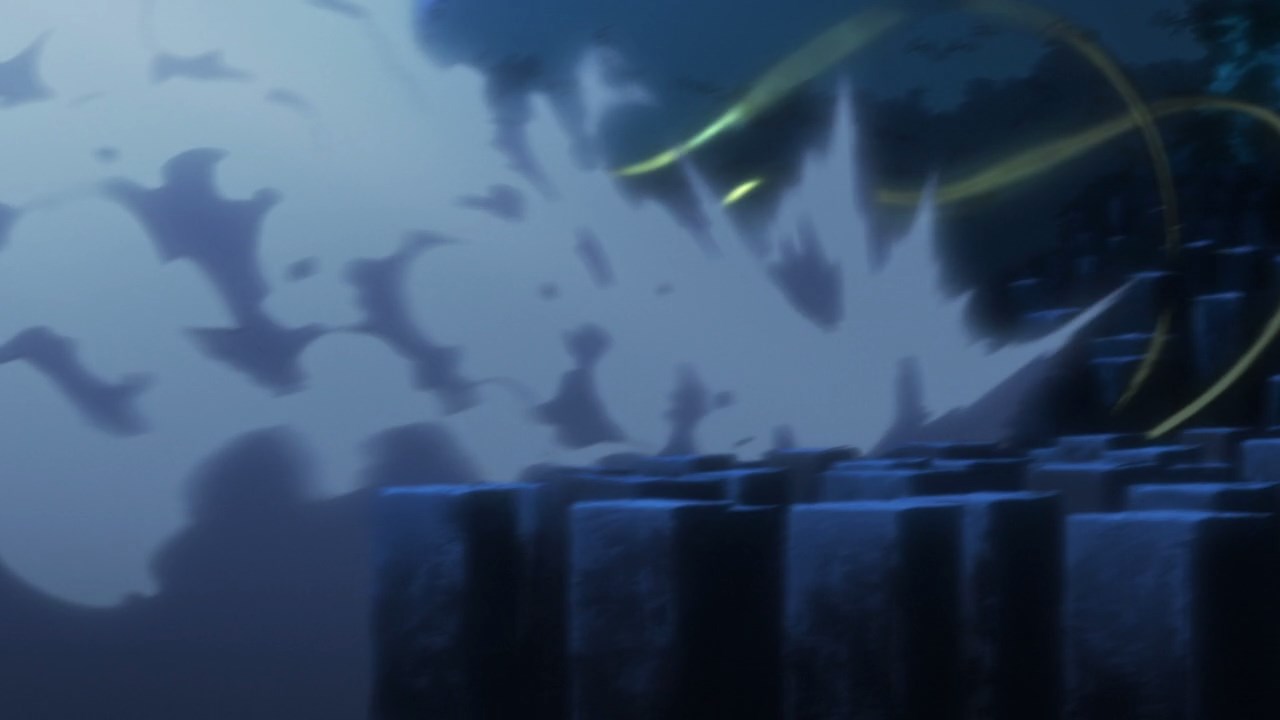 And so, Rinko was defeated as both Sawa and Elena got away safely. Then again, there’s more to come from Sawa Yukimura… 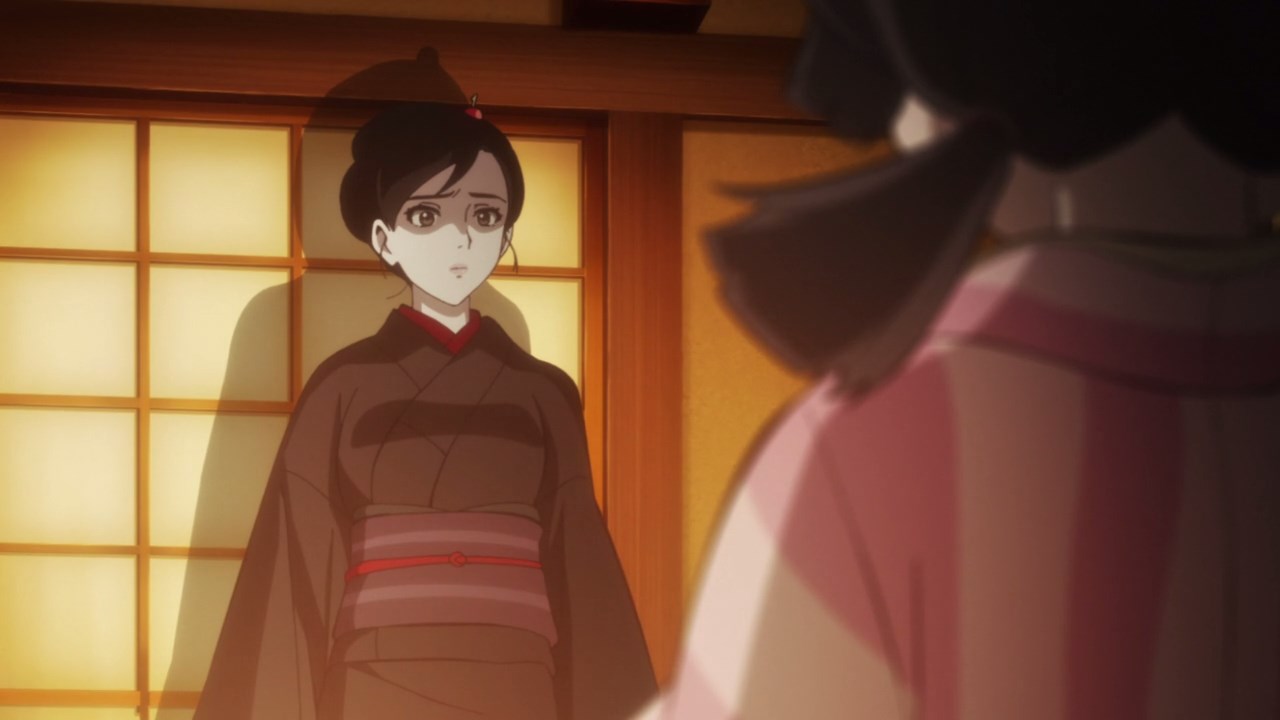 You see, Sawa saw a familiar figure upon returning to Morning Dew Bookstore. 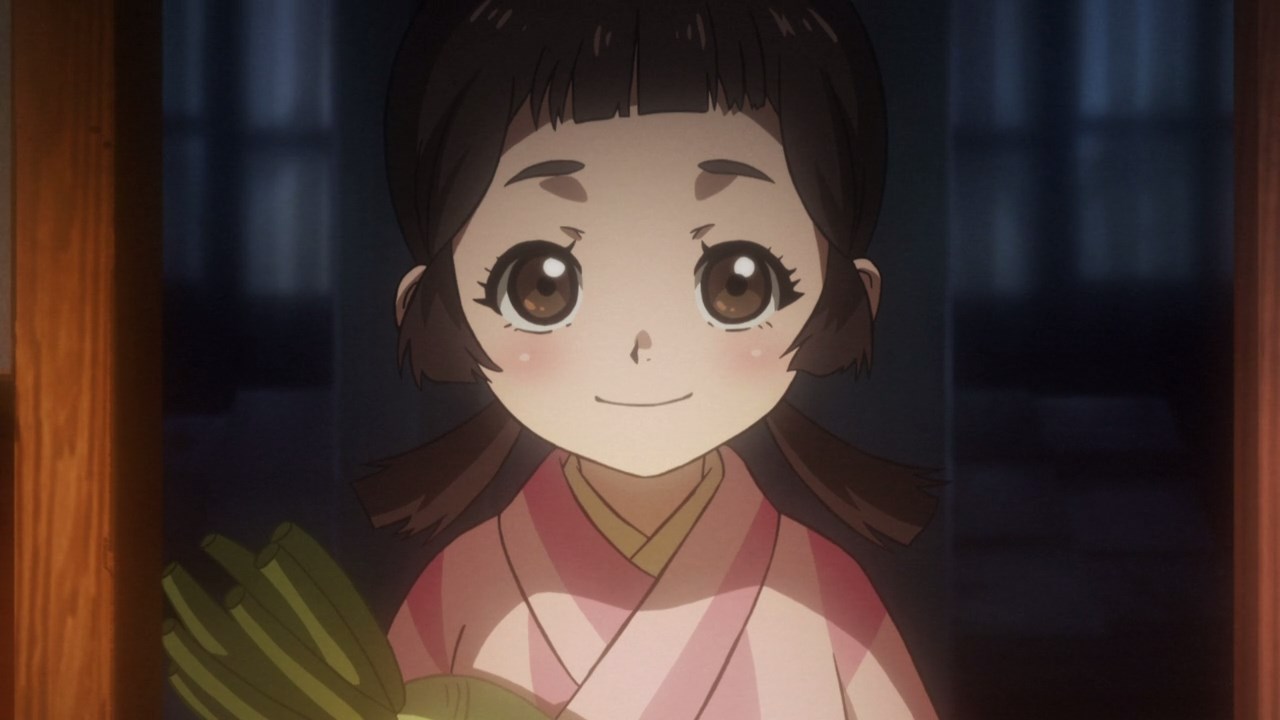 That’s right, it’s none other than Asahi Nakamura where Sawa is really shocked that the young girl cheated death.

But seriously though, how did Asahi survived from being killed by Makoto Tsukishiro? Did someone collect her corpse and treat Nakamura by an underground doctor? God, this is insane to think of it! 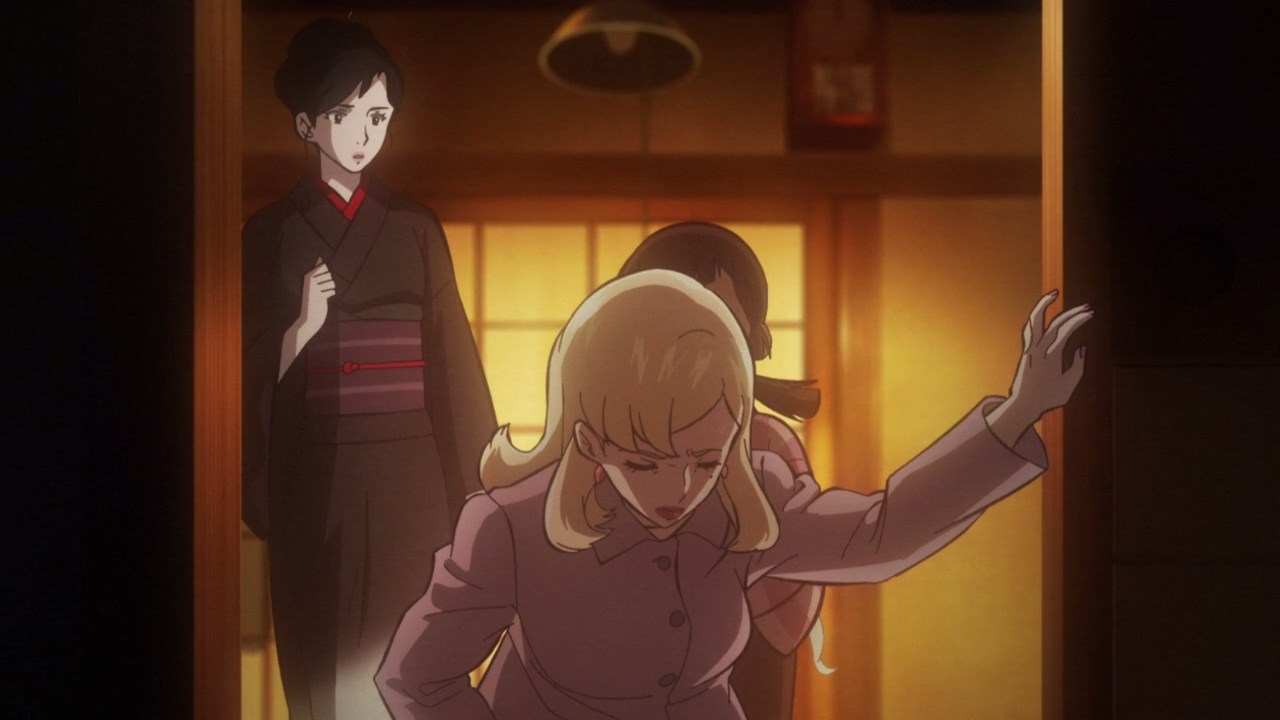 But just as Sawa Yukimura is about to ask Asahi Nakamura on her miraculous return, it seems that Elena Hanakaze is about to give birth to her child. Looks like Sawa will become the midwife then. 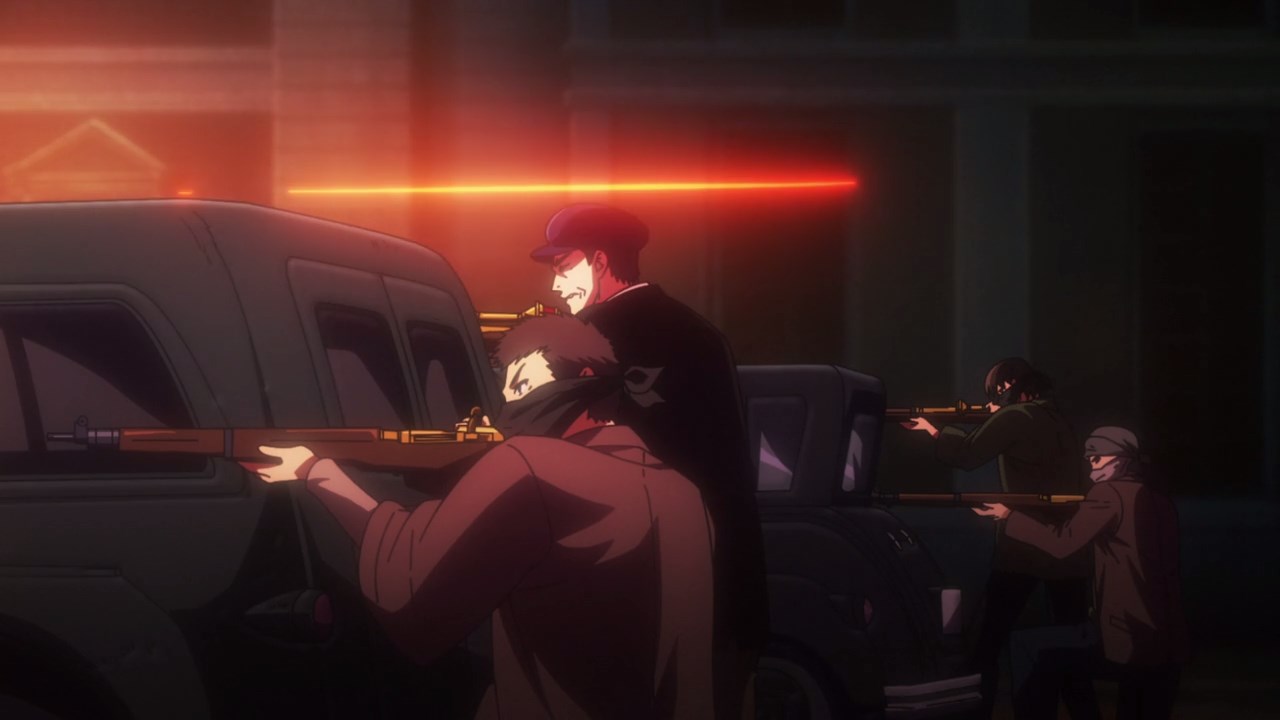 Outside, there’s chaos as rioters are fighting against the shogunate forces.

While Yoshinobu Tokugawa’s soldiers have better equipment, they can’t get it running as the Ryumakyu supply is drying up. 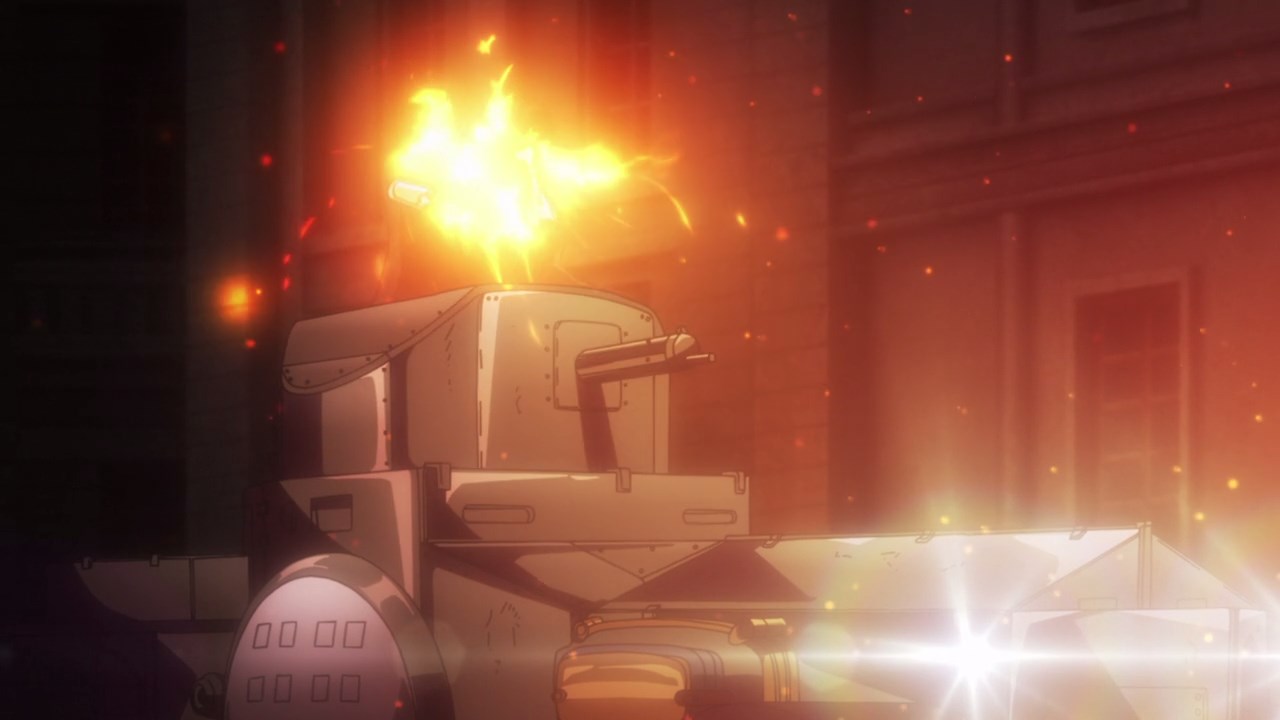 But yes, the shogunate is on the brink of collapse as they can’t stop various rebellions across the country… unless they got a hold of Sawa’s blood that is. 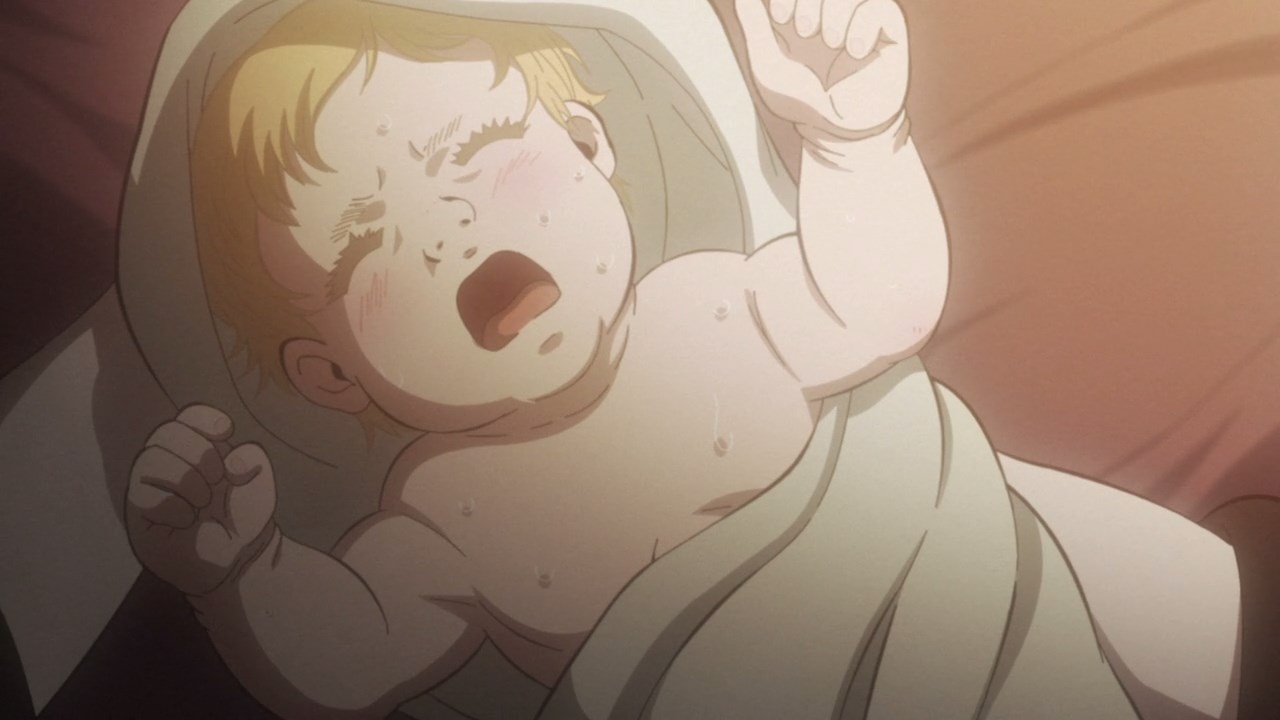 Now let’s return to the Morning Dew Bookstore where Elena Hanakaze successfully gave birth to a baby girl. Aww, the courtesan has become a mother! 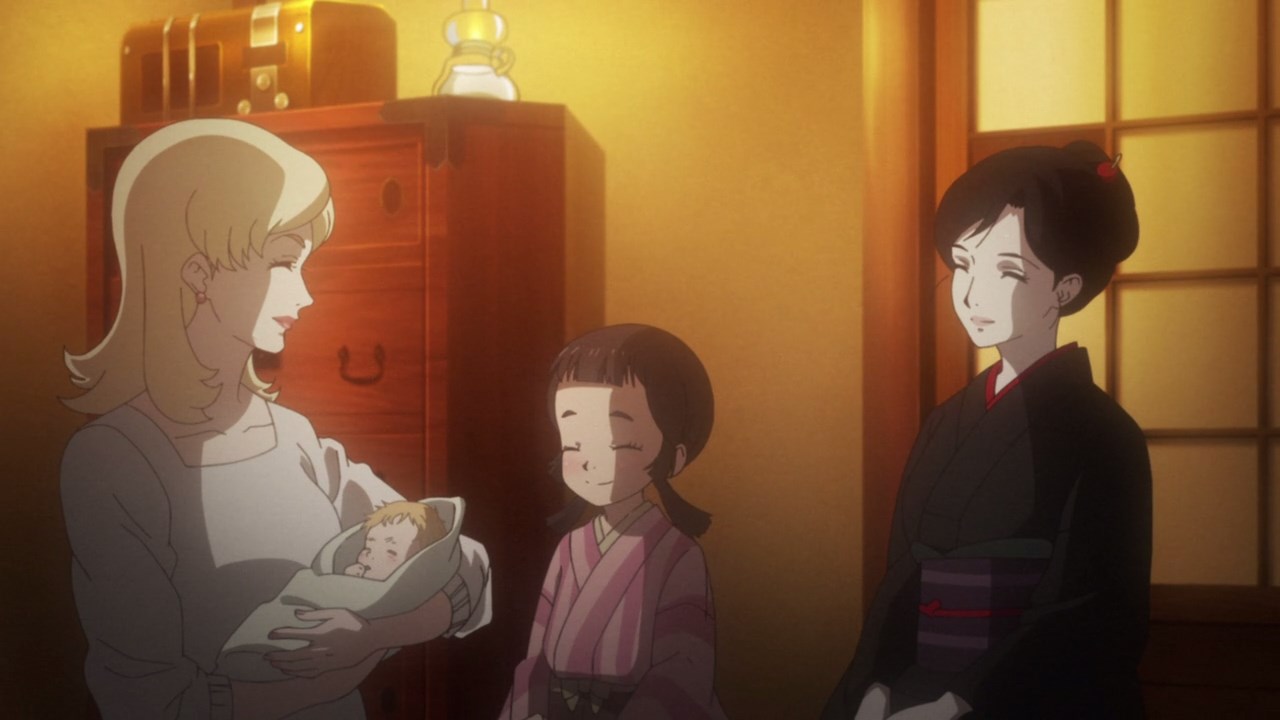 While Elena survived from giving birth to her first-born child, there’s no time for celebration ’cause it’s noisy outside. 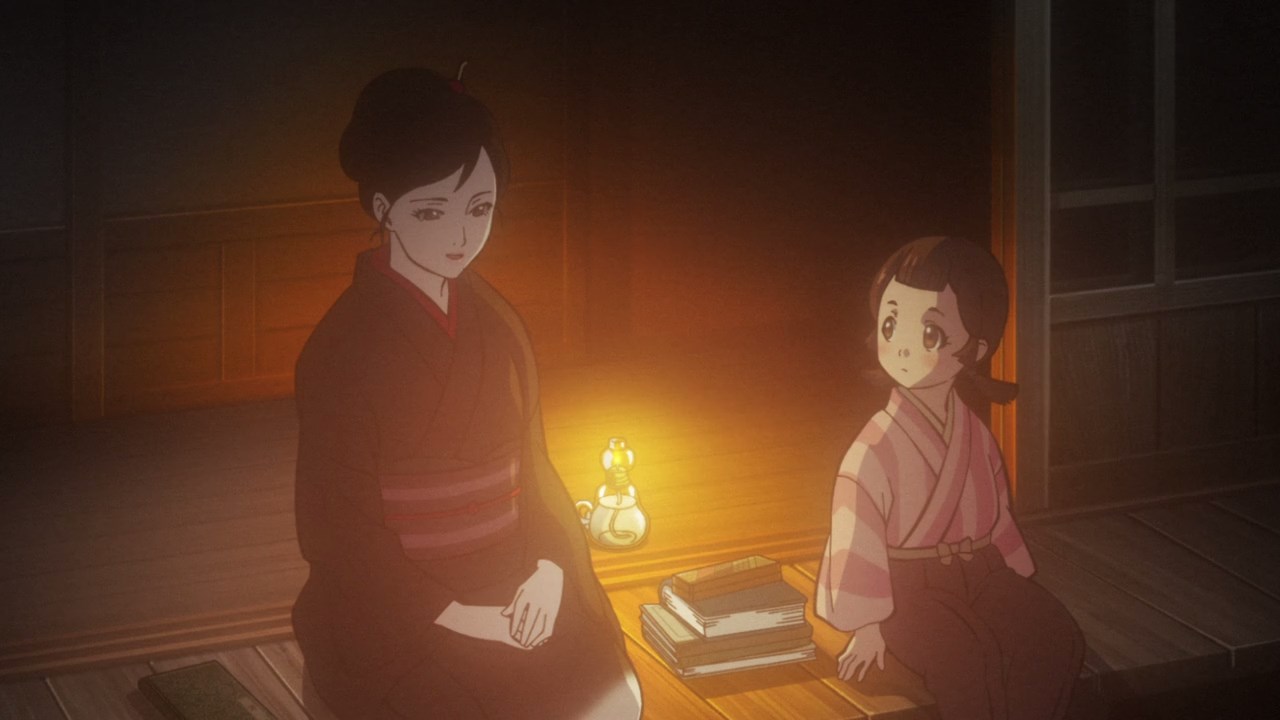 One more thing, it seems that Sawa Yukimura wants to give something important to Asahi Nakamura in case she’s gone. 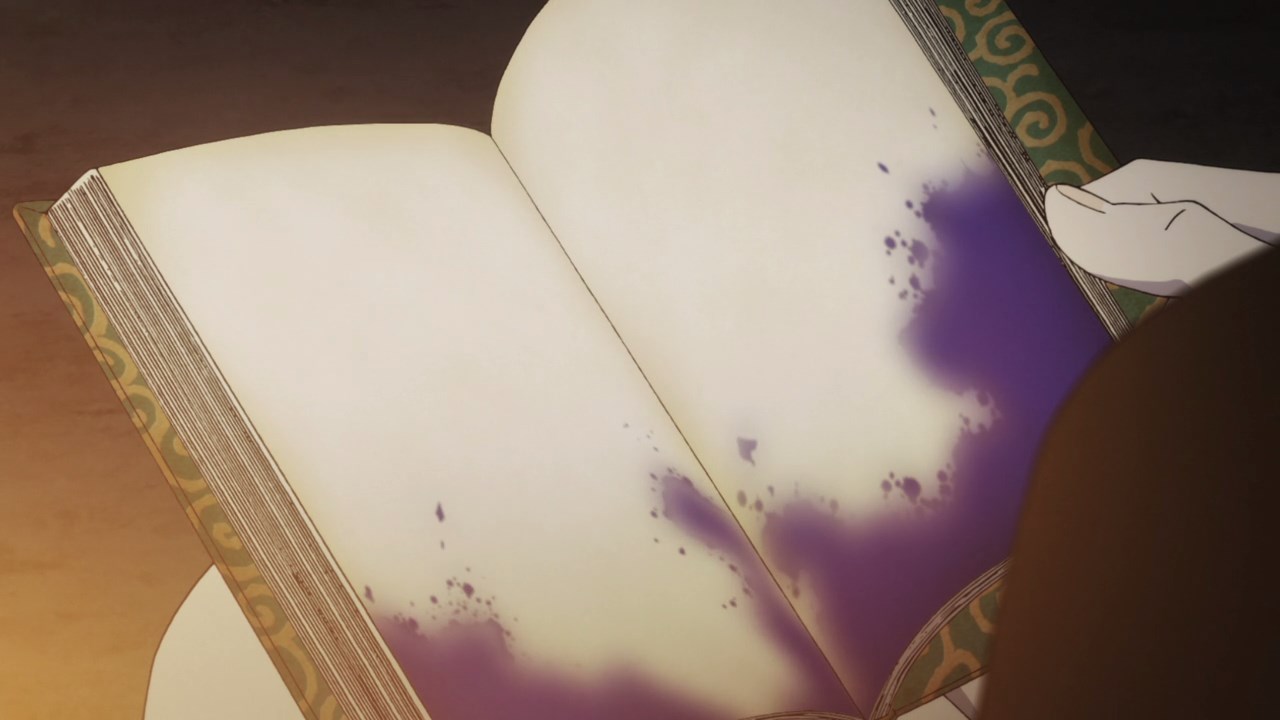 What you see here is a diary where it belonged to Sawa’s mother Touwa. Of course, Touwa didn’t use it because the entire clan was slain, hence the blue blood that was splattered on one of the pages.

Still, Sawa Yukimura wants Asahi Nakamura to write her life on this diary as she wants the young girl to have a future. 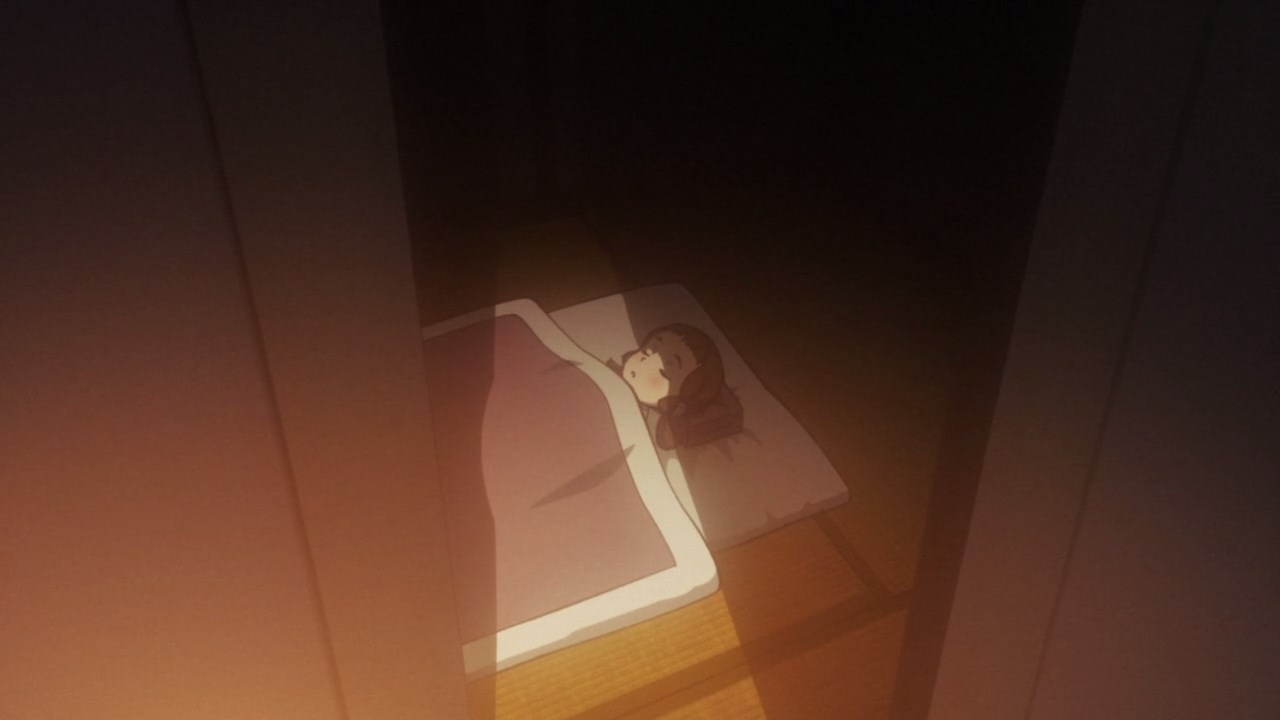 Now then, looks like Asahi Nakamura is finally asleep. I’m still perplexed on why she cheated death as Makoto Tsukishiro clearly (and fatally) slashed her back. 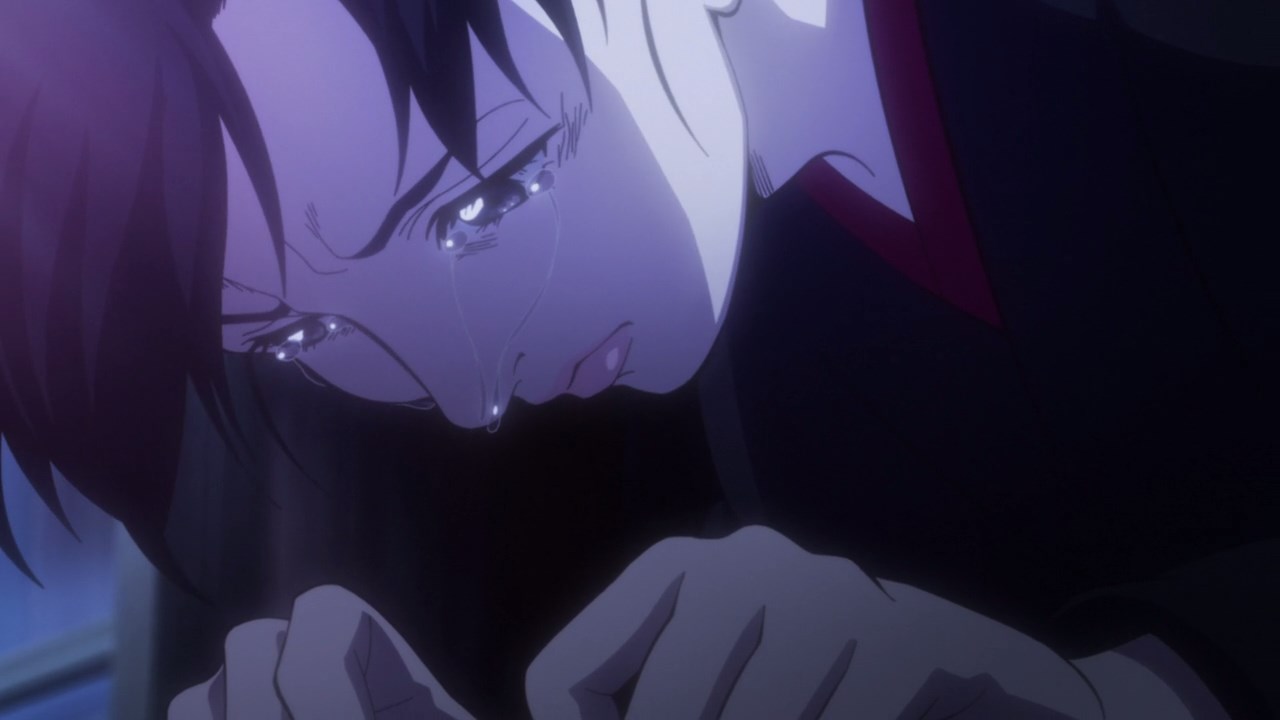 For Sawa Yukimura, while she’s happy that the young girl is alive, Sawa is getting teary-eyed as Asahi still treats her as part of the family regardless of the circumstances that happened to them. 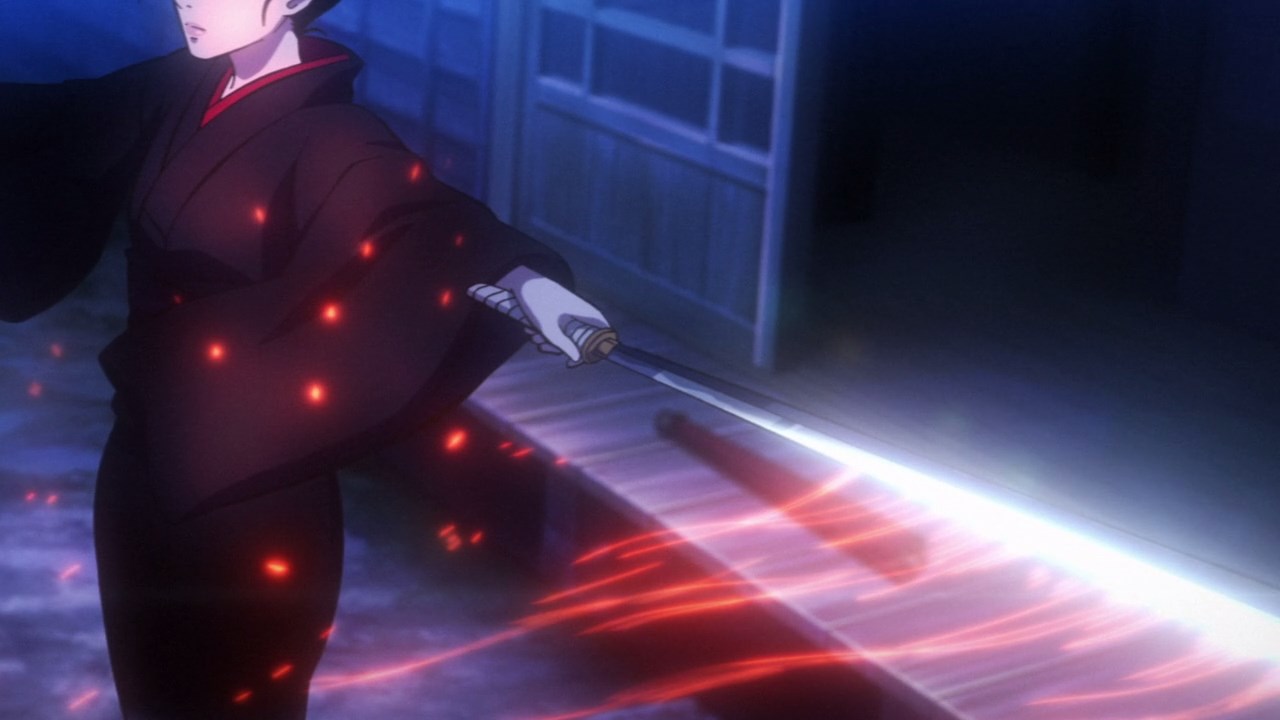 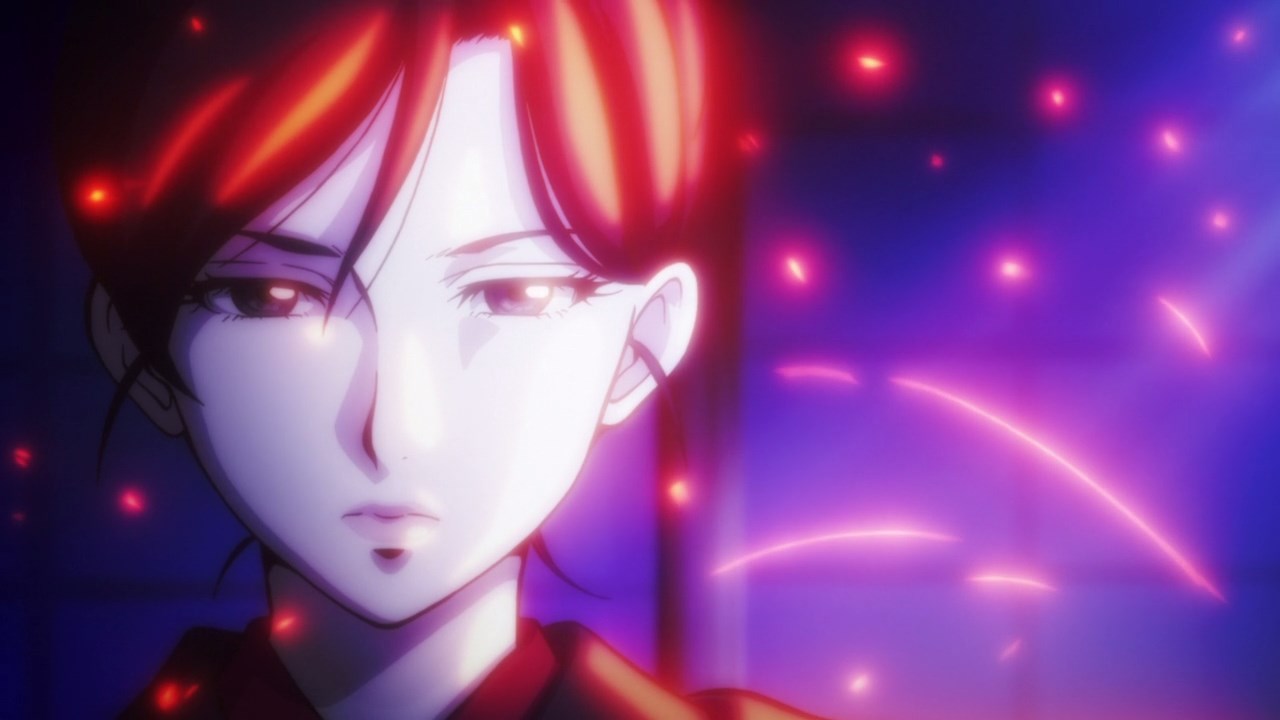 But now that she’s done wailing her sorrows, it’s time for Sawa Yukimura to not only defeat Jin Kuzuhara but the entire Tokugawa Shogunate. Of course, her chances of survival would be closer to zero.

Well everyone, I’ll see you next time for the final episode of Joran: The Princess of Snow and Blood. I’m hoping that the ending won’t disappoint me!