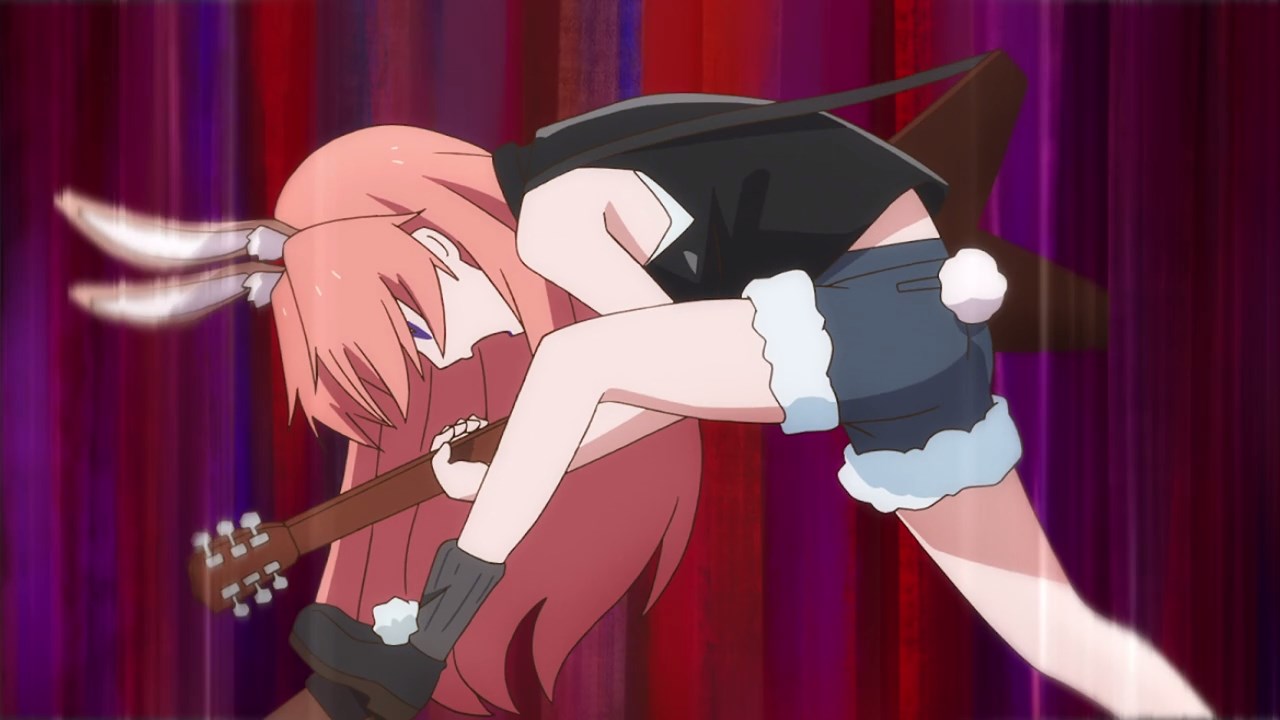 On this episode, Azusa Aizawa and her family witness a minstrel named Schifanoia, famous for playing death metal songs. 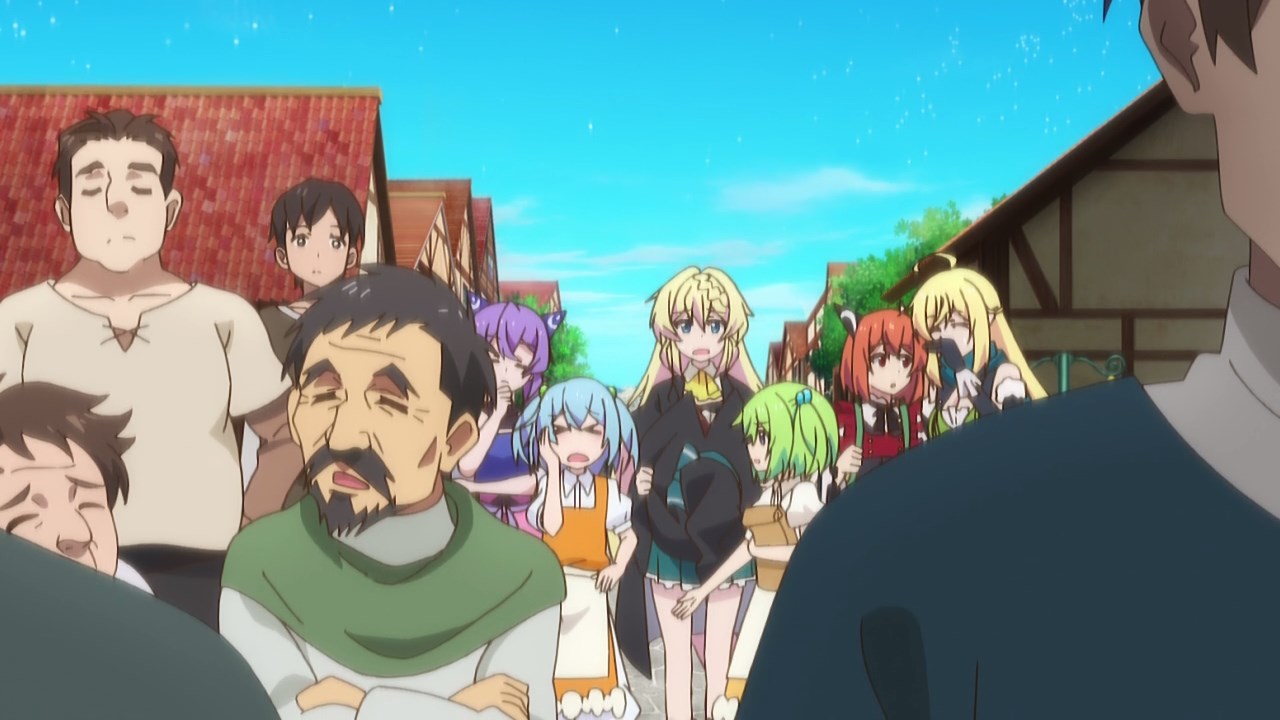 But the reception in Flatta is not that pleasing. C’mon, normal folks don’t listen to death metal… except for Flatorte.

Speaking of Flatorte, she loves listening to songs performed by minstrel, although she’s not fond of Schifanoia as the minstrel is very rough on the edges. 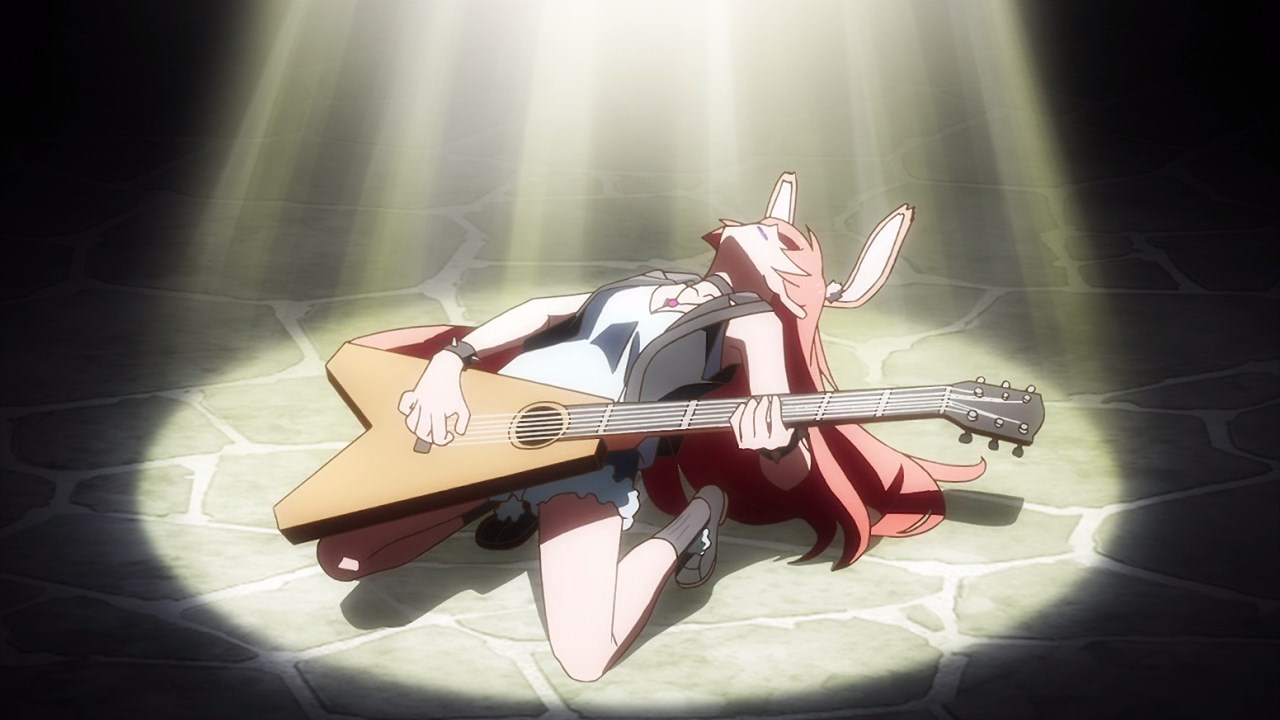 With that said, looks like Schifanoia is done with her performance and nobody gave her a round of applause.

Even worse is that Schifanoia collapsed that Azusa and Flatorte took her to their house. C’mon, they can’t let this minstrel sleeping at the streets. 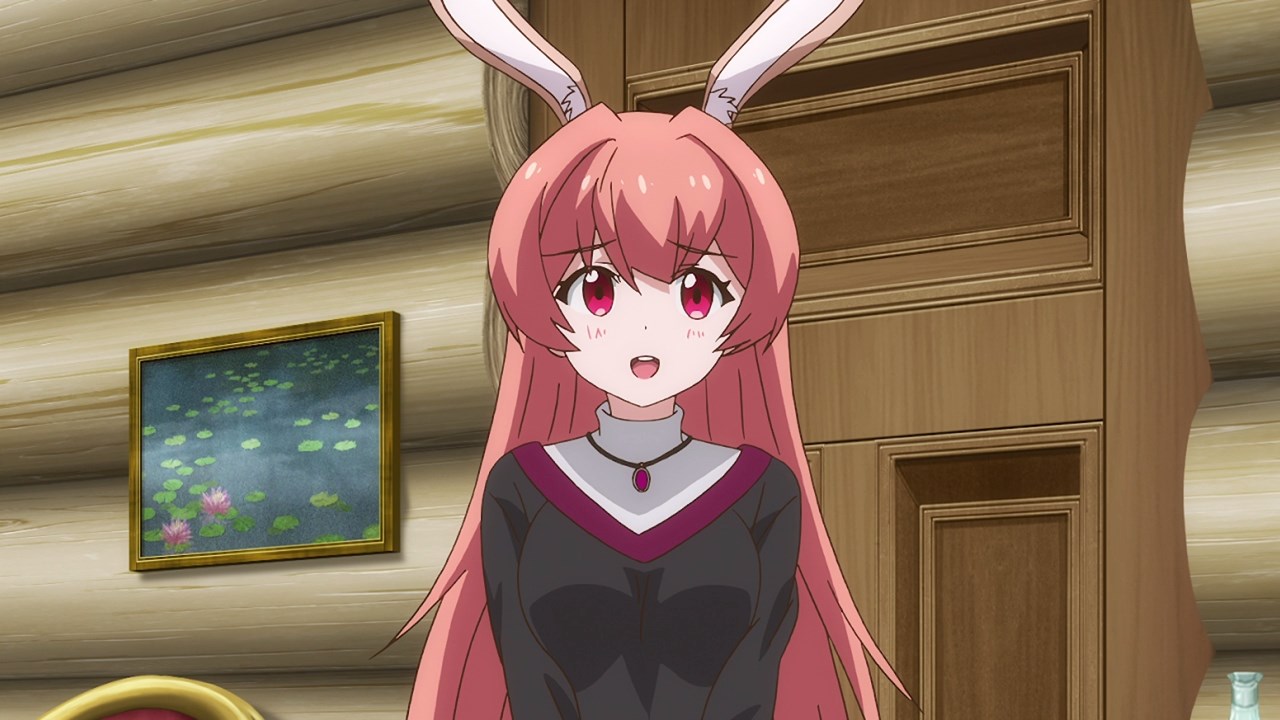 Anyways, this minstrel introduced herself as Kuku, an almiraj who wanted to follow her dreams by performing death metal songs as Schifanoia.

Of course, Kuku is not gaining success that she might consider quitting her minstrel career and take various odd jobs to make ends meet. Then again, Kuku might regret it that Azusa convinced the almiraj to continue pursuing her dreams. 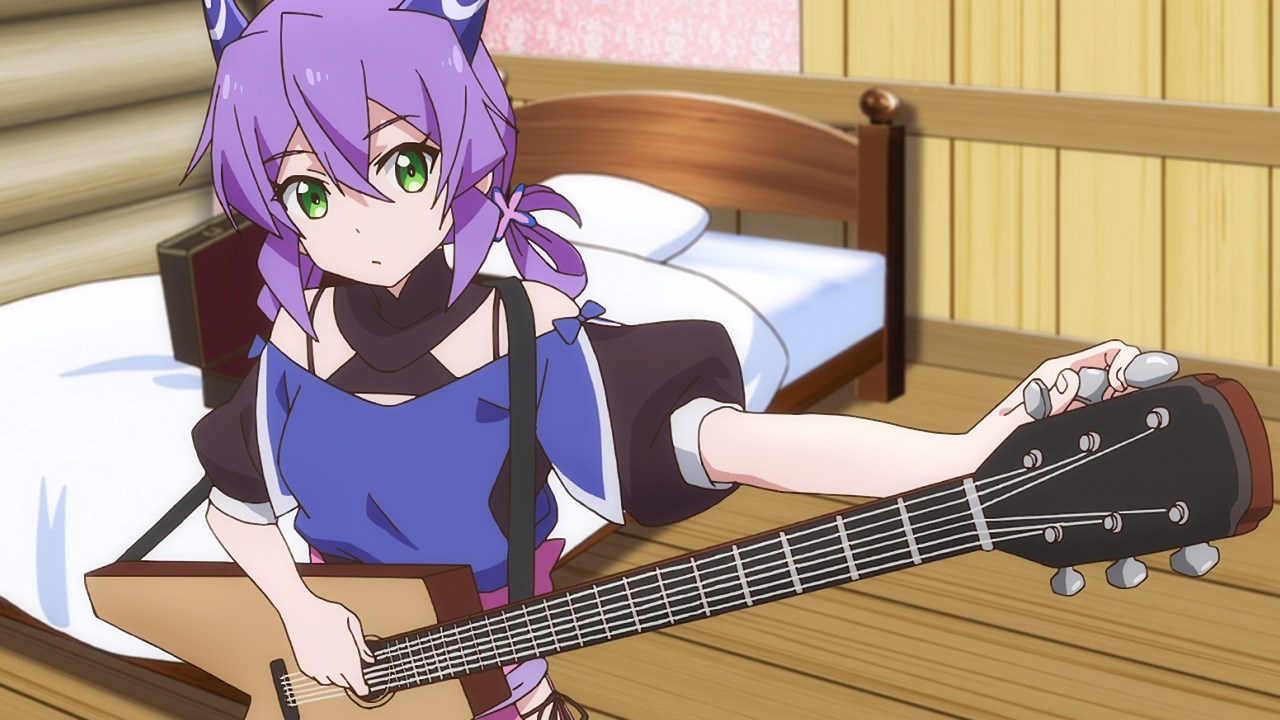 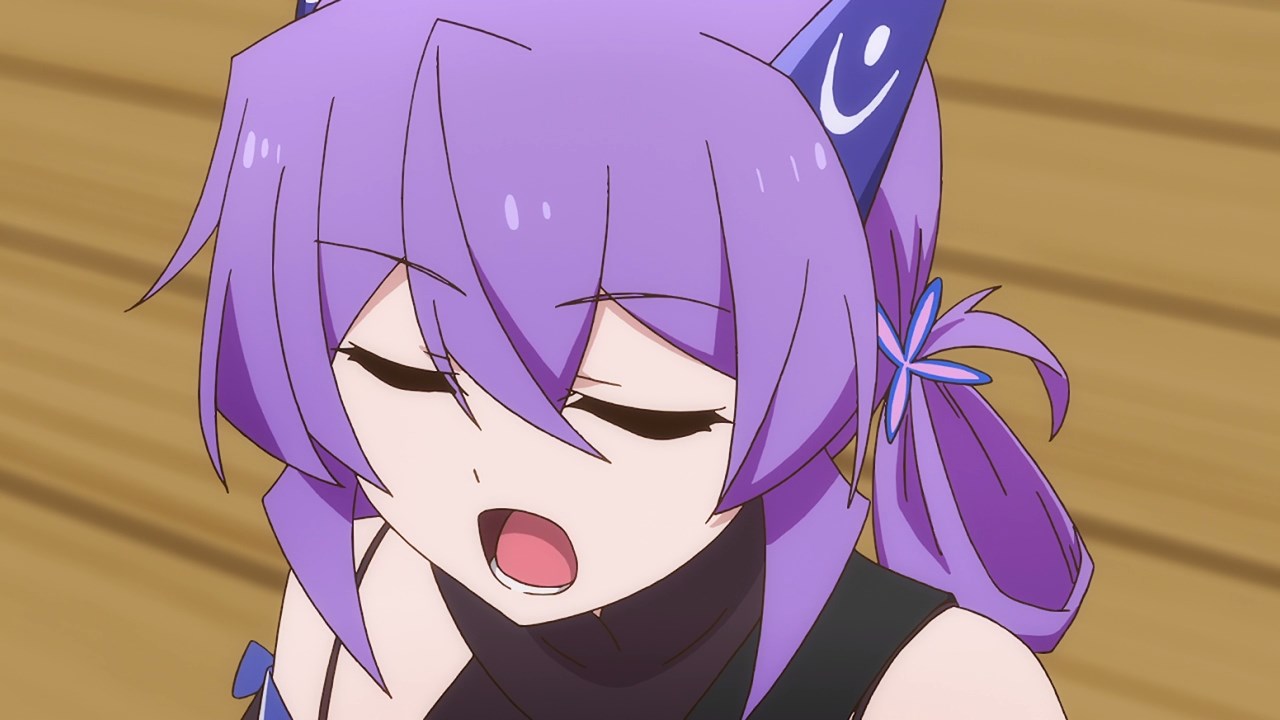 Meanwhile, here’s Flatorte where it appears that the blue dragon has musical talent. For someone who has a rivalry with Laika, that’s very surprising! 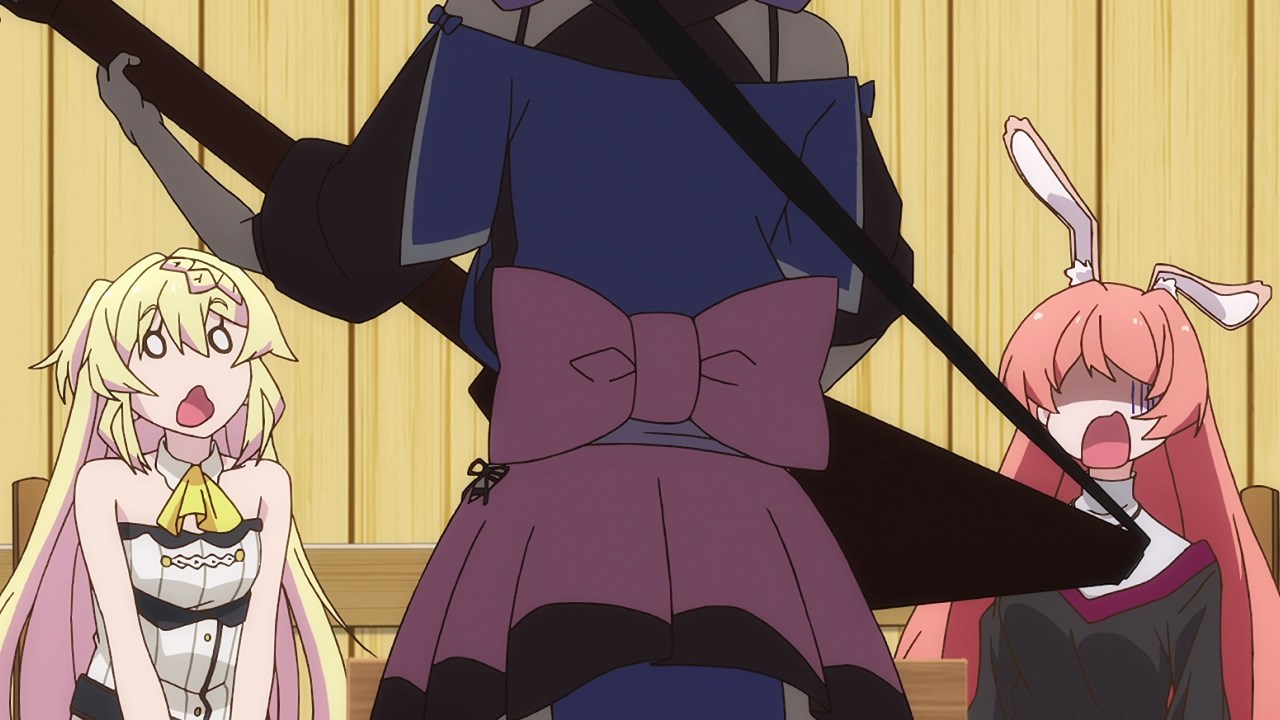 Heck, even Azusa and Kuku are shocked to see Flatorte being a good singer/lute player. You know something, Flatorte should become a minstrel too. 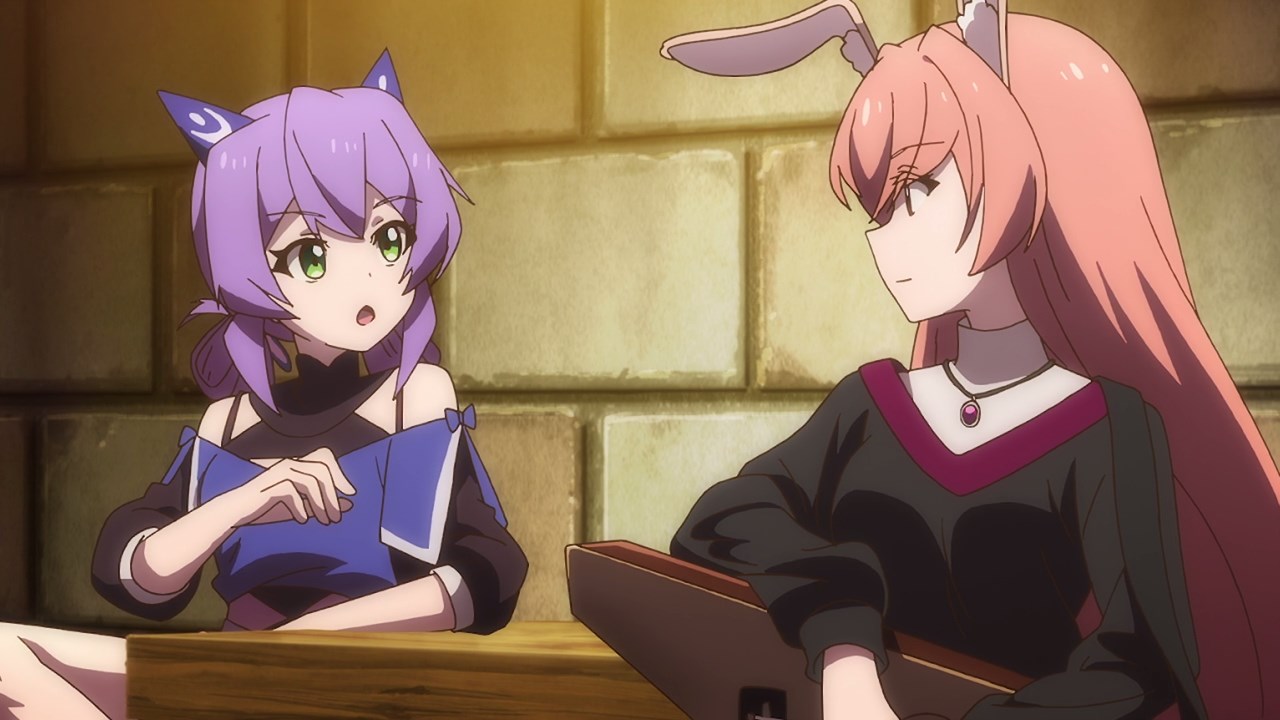 However, Flatorte decides to train Kuku to be a better minstrel, from writing lyrics to playing the lute like a pro. Oh I hope Kuku will succeed! 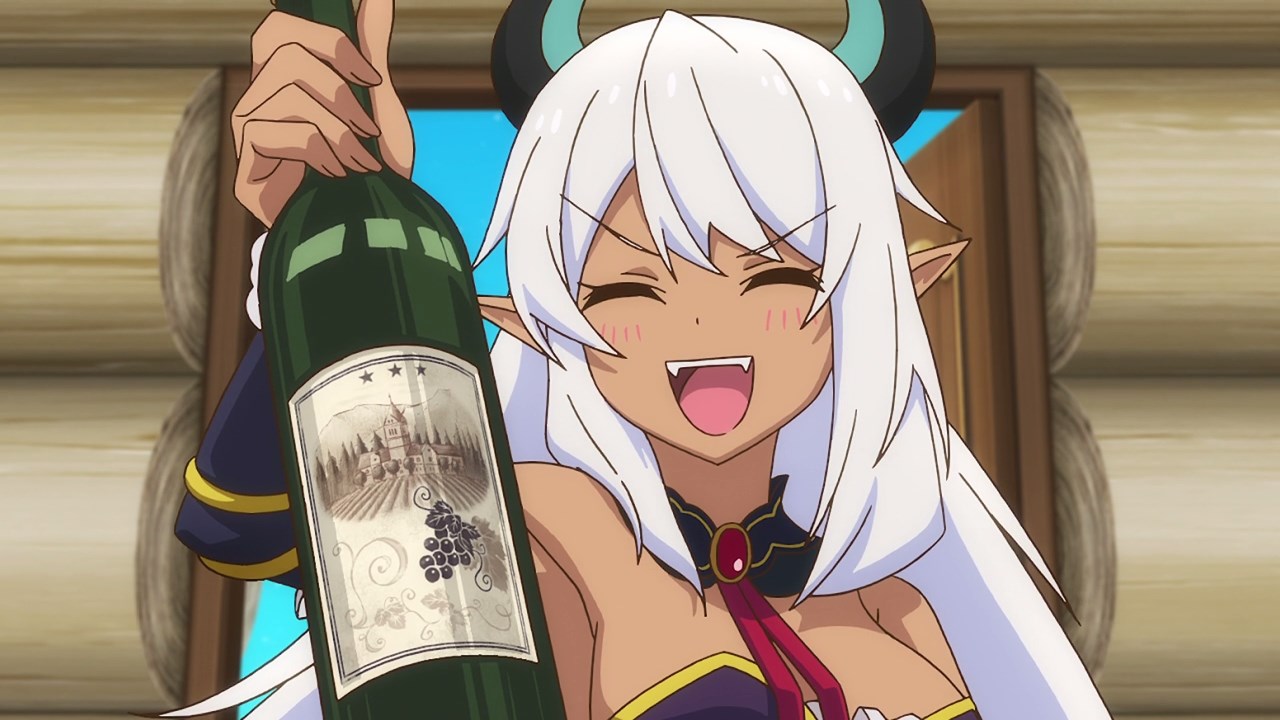 Meanwhile, here’s Beelzebub where she invites everyone to a music festival in Vanzeld, a perfect venue to test Kuku’s skills as a minstrel.

Of course, the only thing that holds her back is stage fright but will Kuku perform better than before? 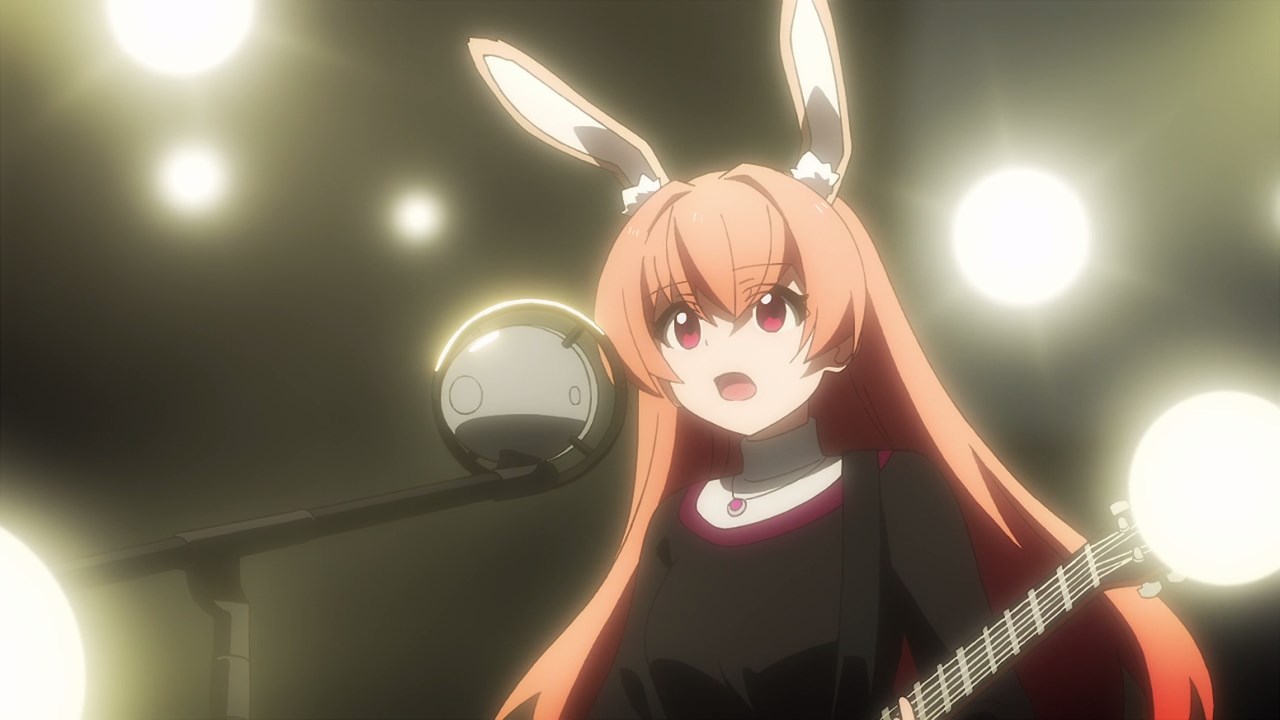 Well, turns out that Kuku got better as her performance captivates the entire crowd.

Sure that it’s not death metal, but hearing Kuku’s soothing voice shows that she’s improved a lot thanks to Flatorte. 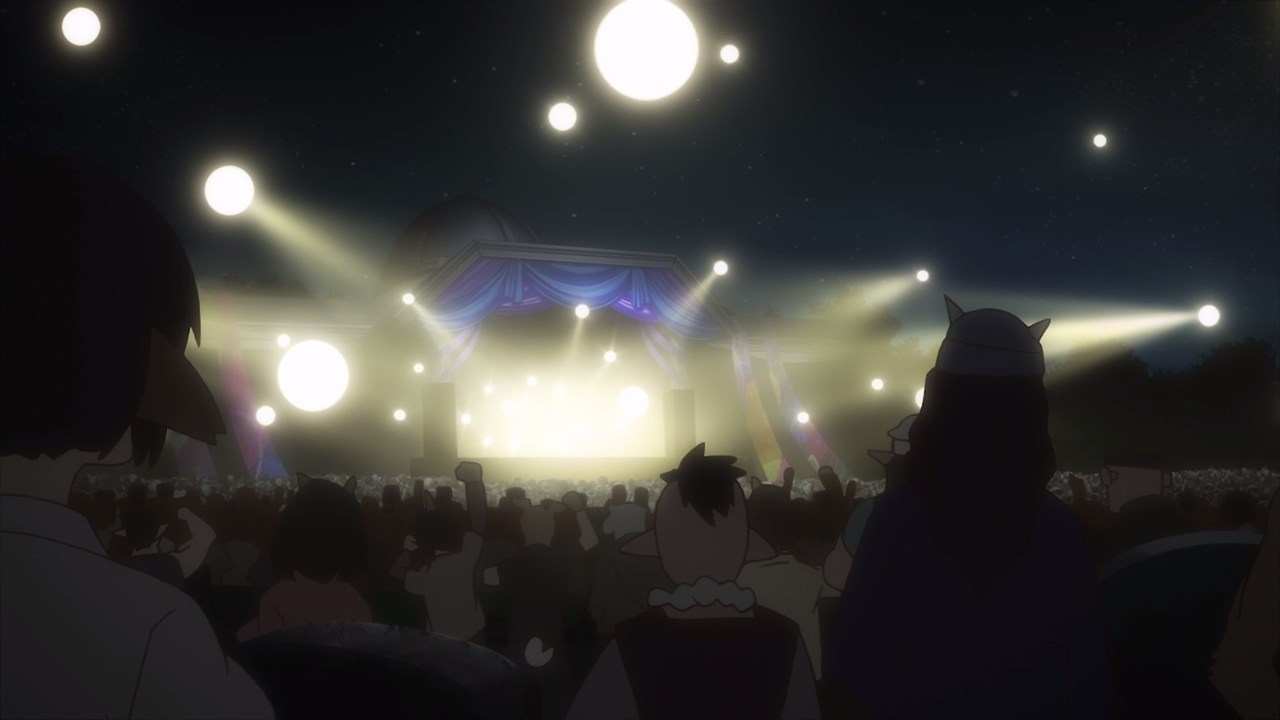 In any case, looks like the entire crowd are on their feet as Kuku’s performance in Vanzeld is a success. Heck, everyone wants Kuku to perform at various venues because she has a beautiful voice. 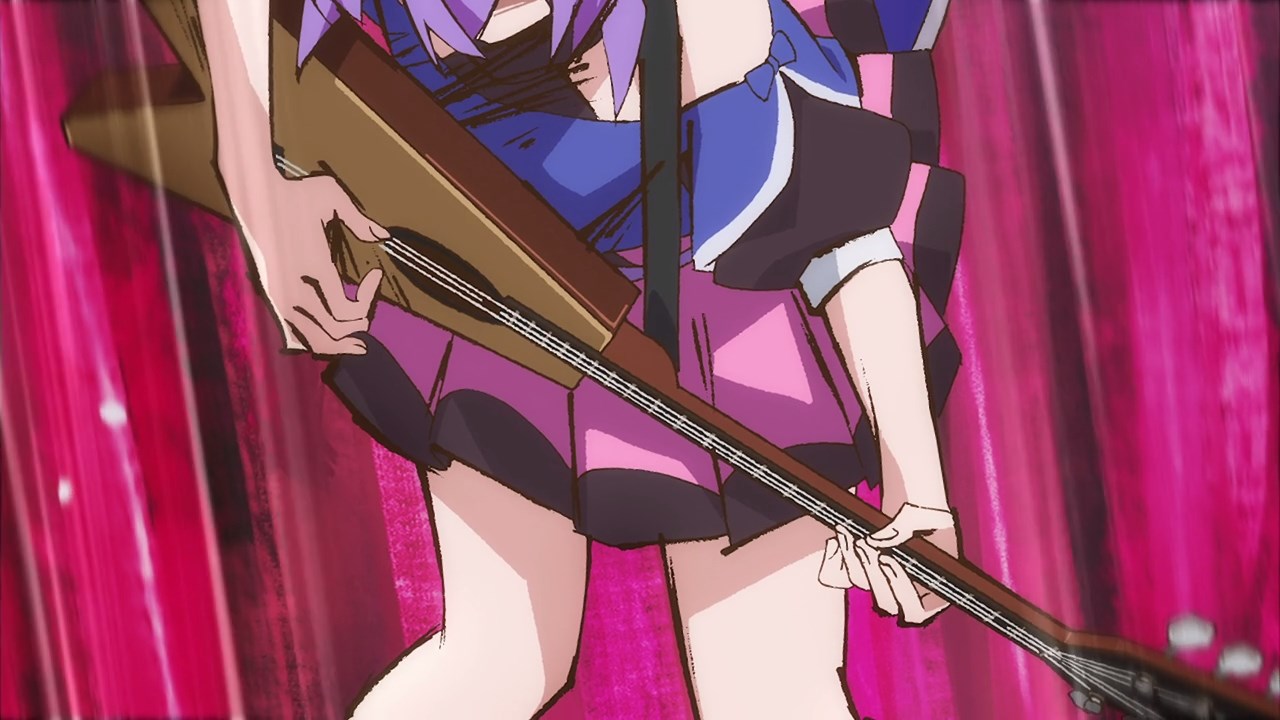 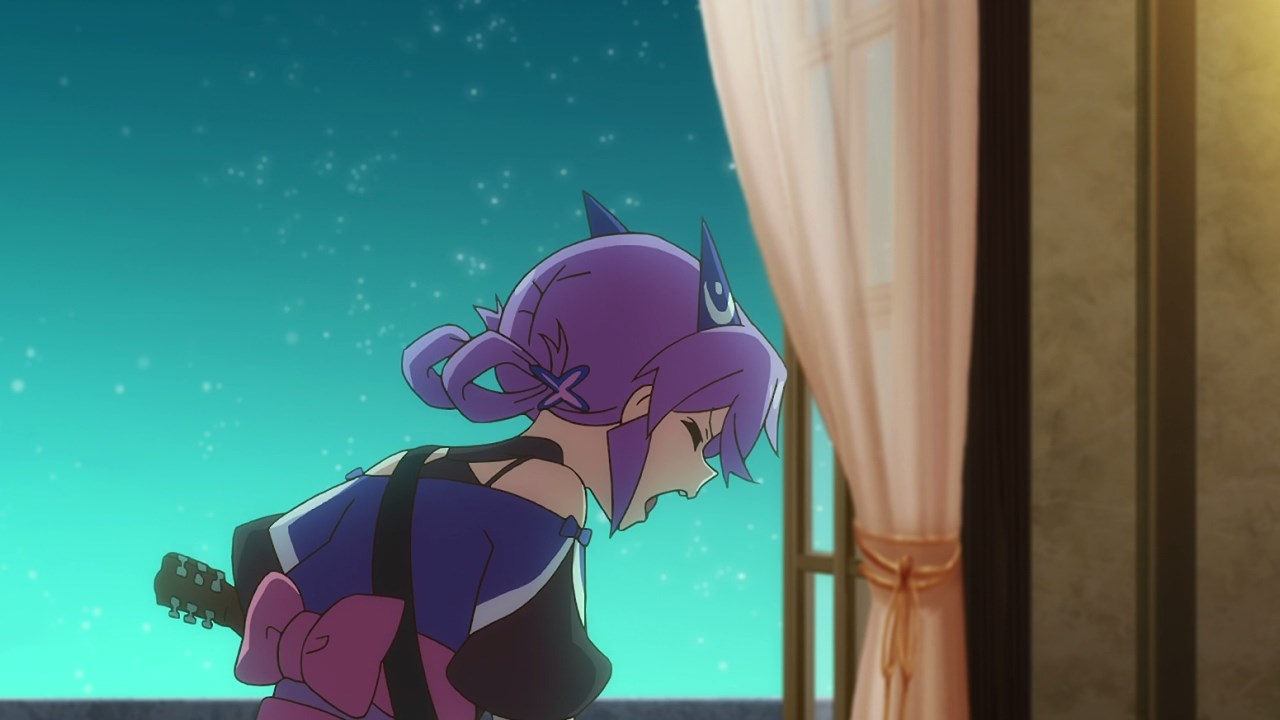 However, Flatorte disagrees as she thrashes the lute while telling Kuku to play metal songs as Schifanoia. C’mon, Flatorte already teach the basics to this almiraj, but she wants Kuku to follow her heart!

On second thought, would it be better if Kuku plays as the minstrel at day, while becoming a metal guitarist at night? I mean, she’s like that main character from Detroit Metal City. 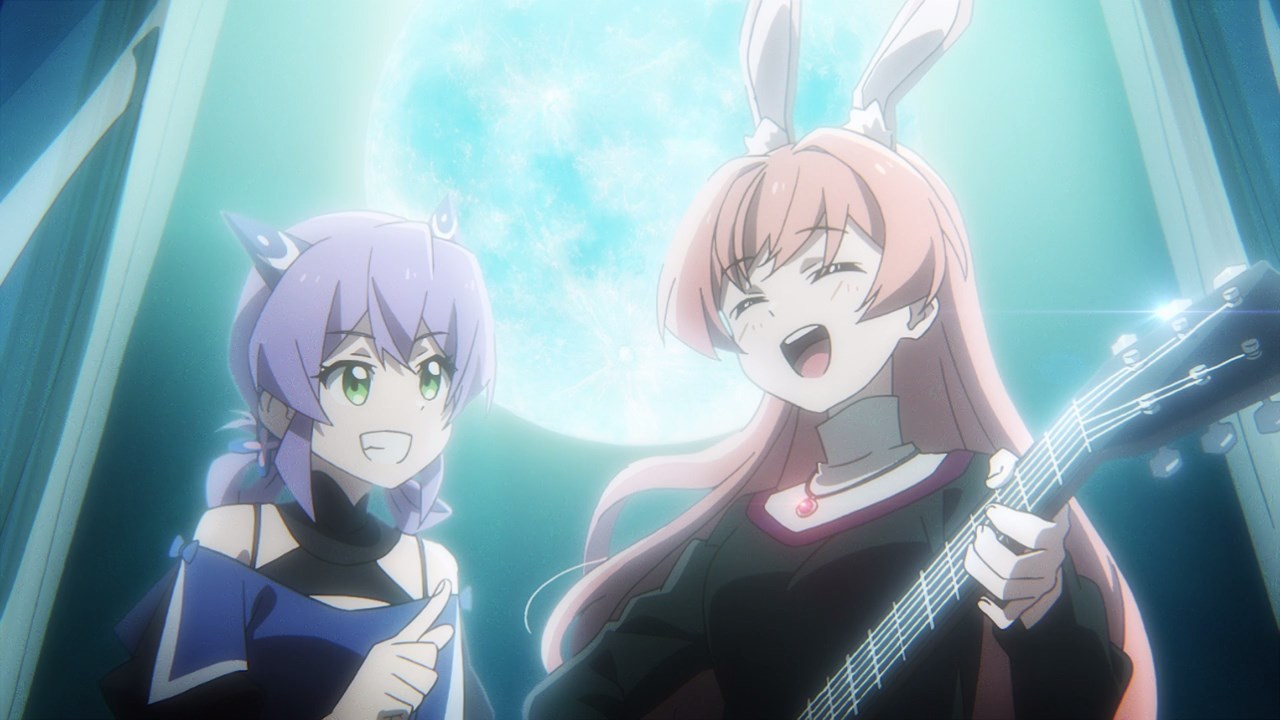 Anyways, I enjoyed watching this episode because I got to see another side of Flatorte where she helped Kuku on her dreams to become a successful minstrel. But that’s about it for this episode as I’ll see you next time!