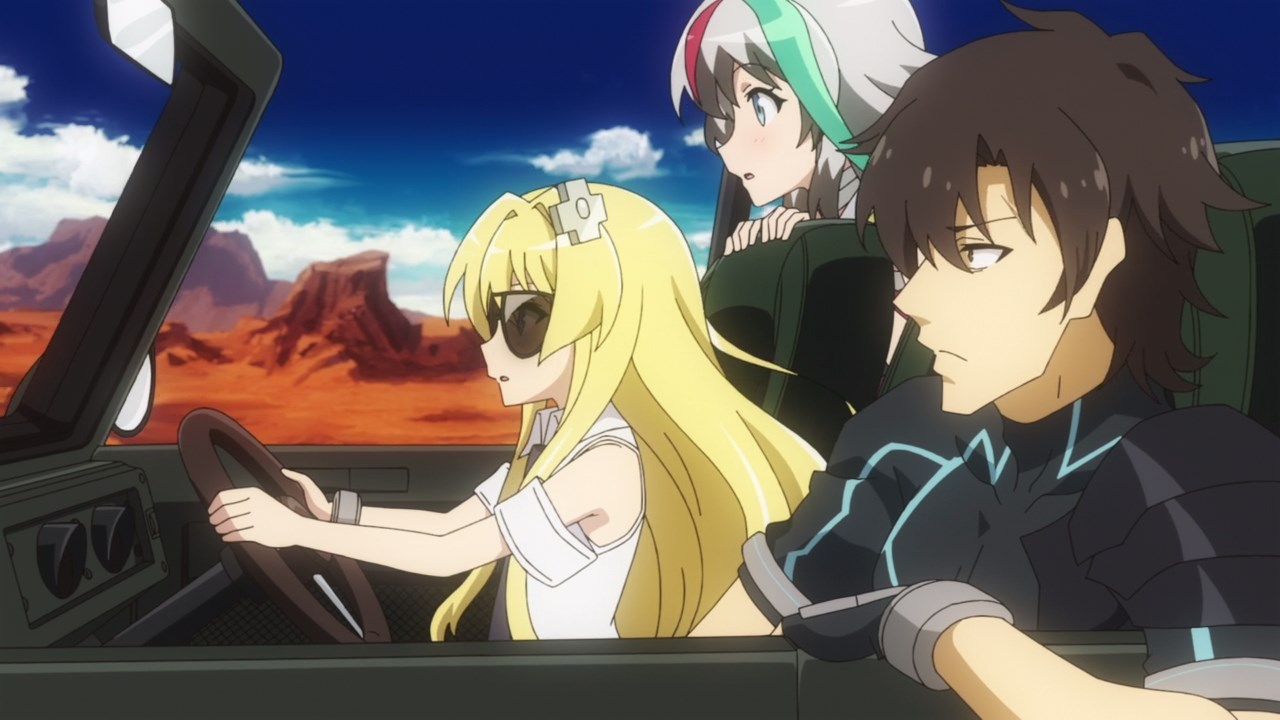 Let’s start this penultimate episode where Alice Kisaragi drives her jeep towards the ruins together with Combat Agent No. 6 and his team.

C’mon, they’re a bit of a hurry since the Kingdom of Toris and its demon allies are preparing for a full-scale war against the Kingdom of Grace. Oh, and the Sand King threat too! 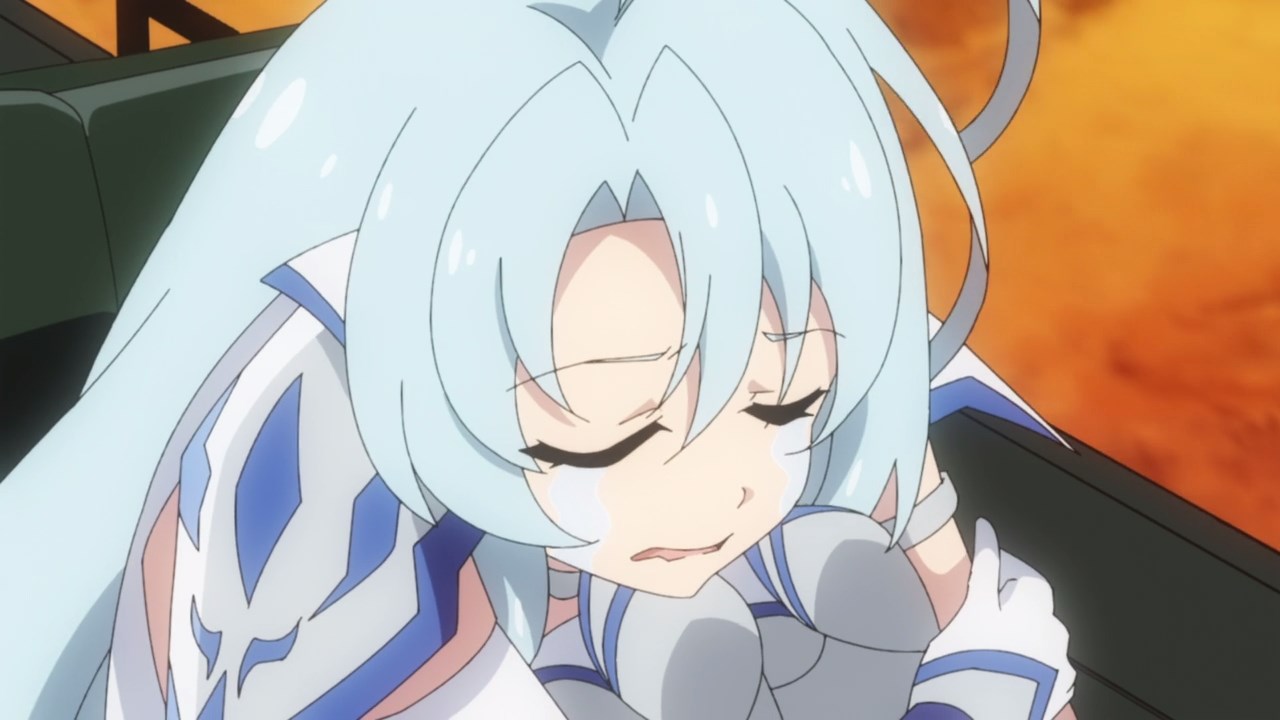 However, there’s one woman who’s really not motivated to get the ancient weapon. That’s right, it’s Snow and she’s having trouble paying off her debt. 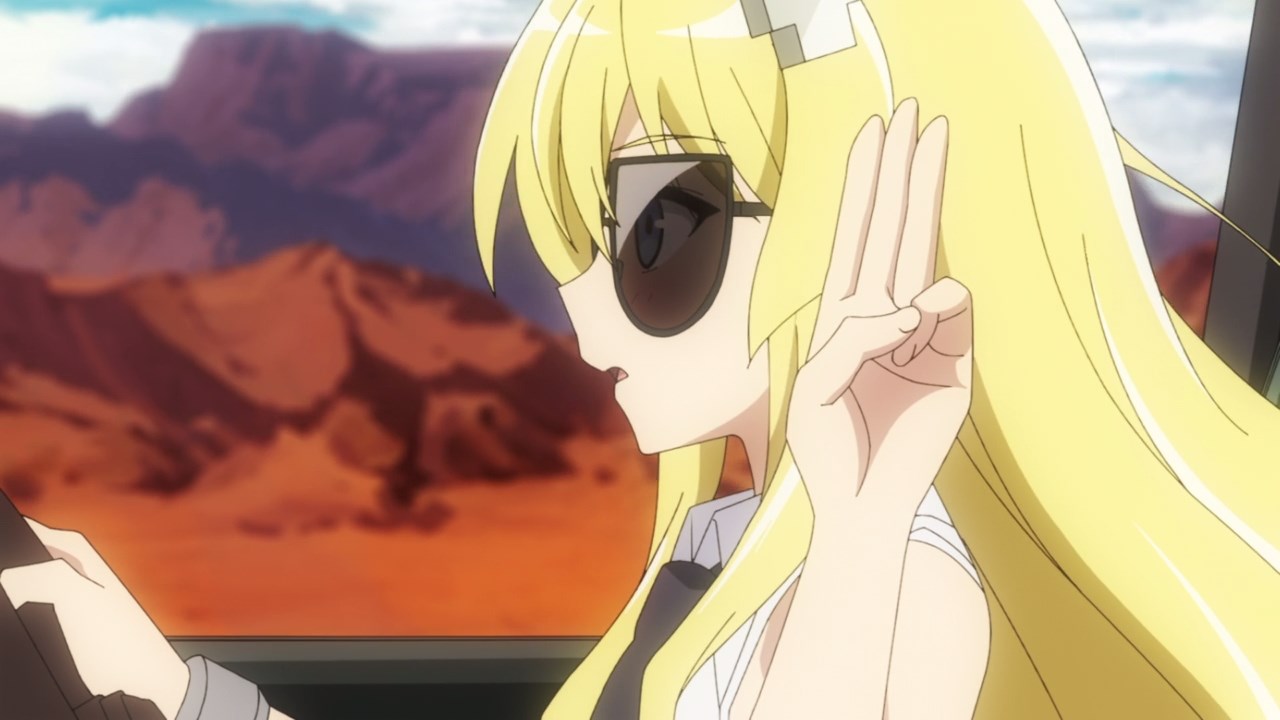 Of course, Alice Kisaragi will give 3 times the amount of salary to Snow if she can cooperate with them on getting the ancient weapon. Not sure if her bargaining would work towards Snow. 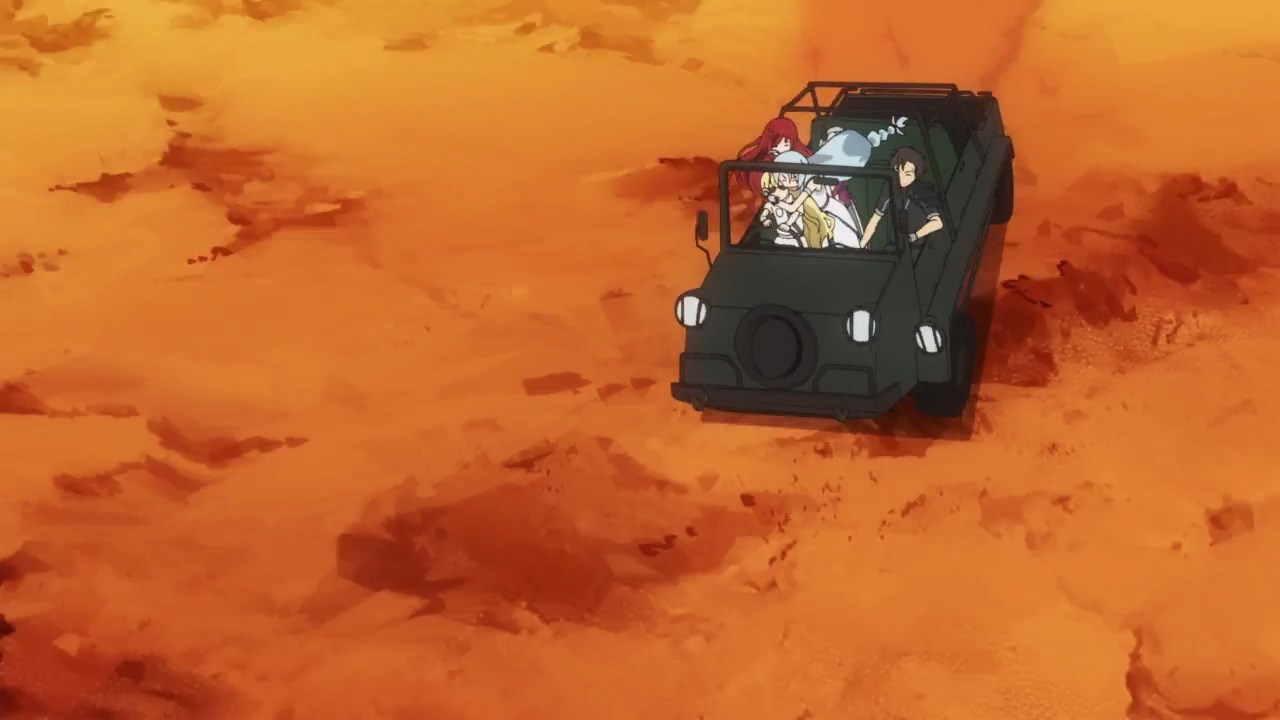 Then again, Snow took the bait as she’ll gladly help the combat agent and his allies, although Snow shouldn’t hug Alice since she’s currently driving the jeep. It’s bad to distract the driver! 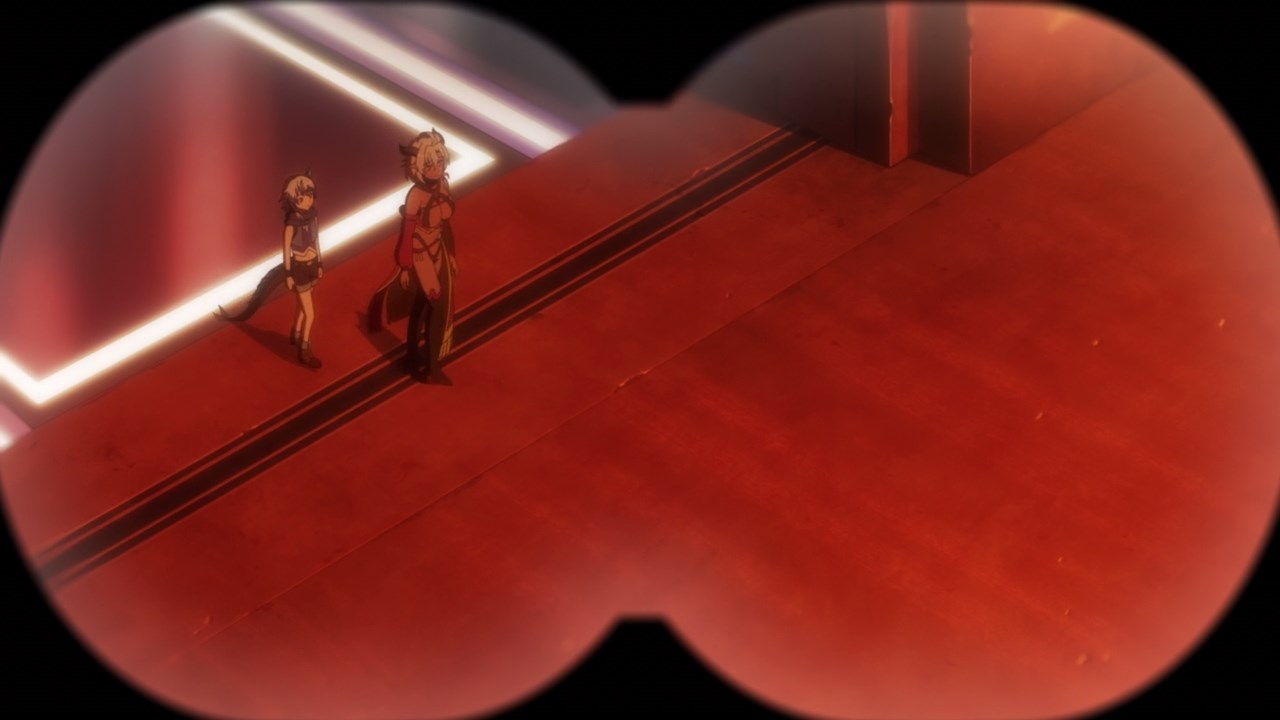 Anyways, No. 6 and his crew have finally arrived at the ruins where Heine of the Flame and Russel of the Water are currently investigating it. 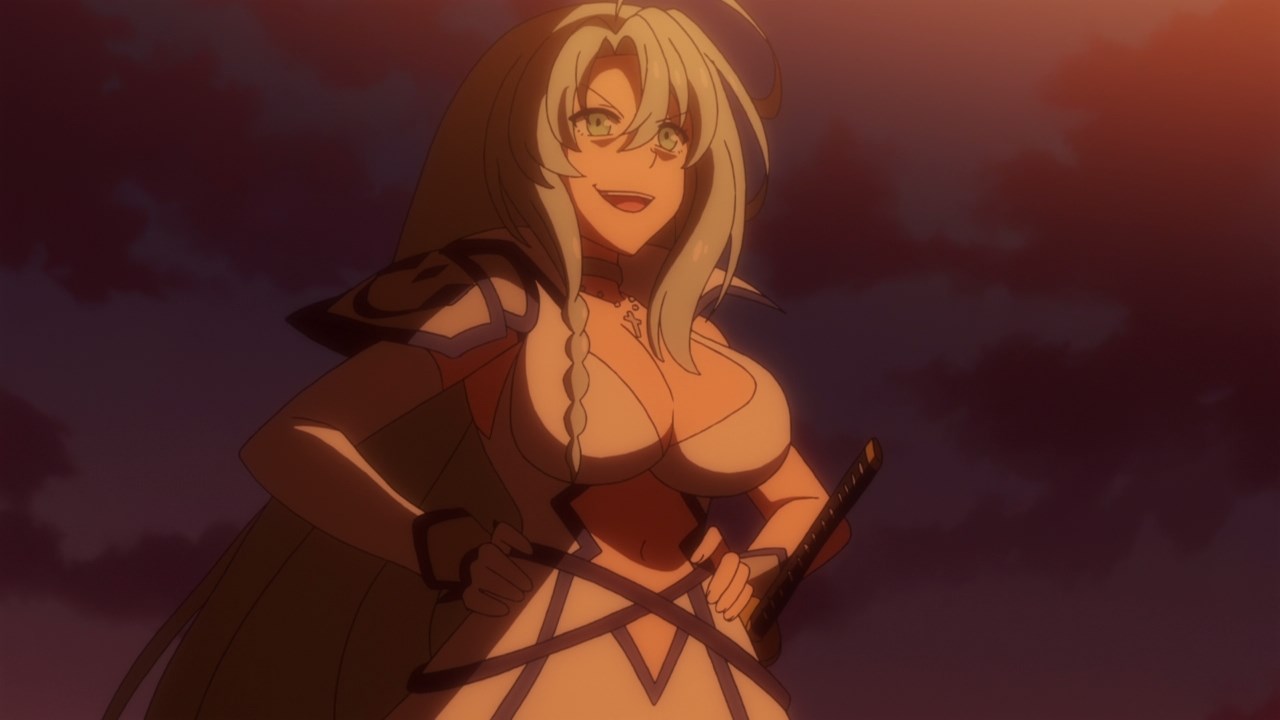 Of course, Snow came up with a devious plan in which they’ll attack the demons at night. Sounds like a good plan, right? 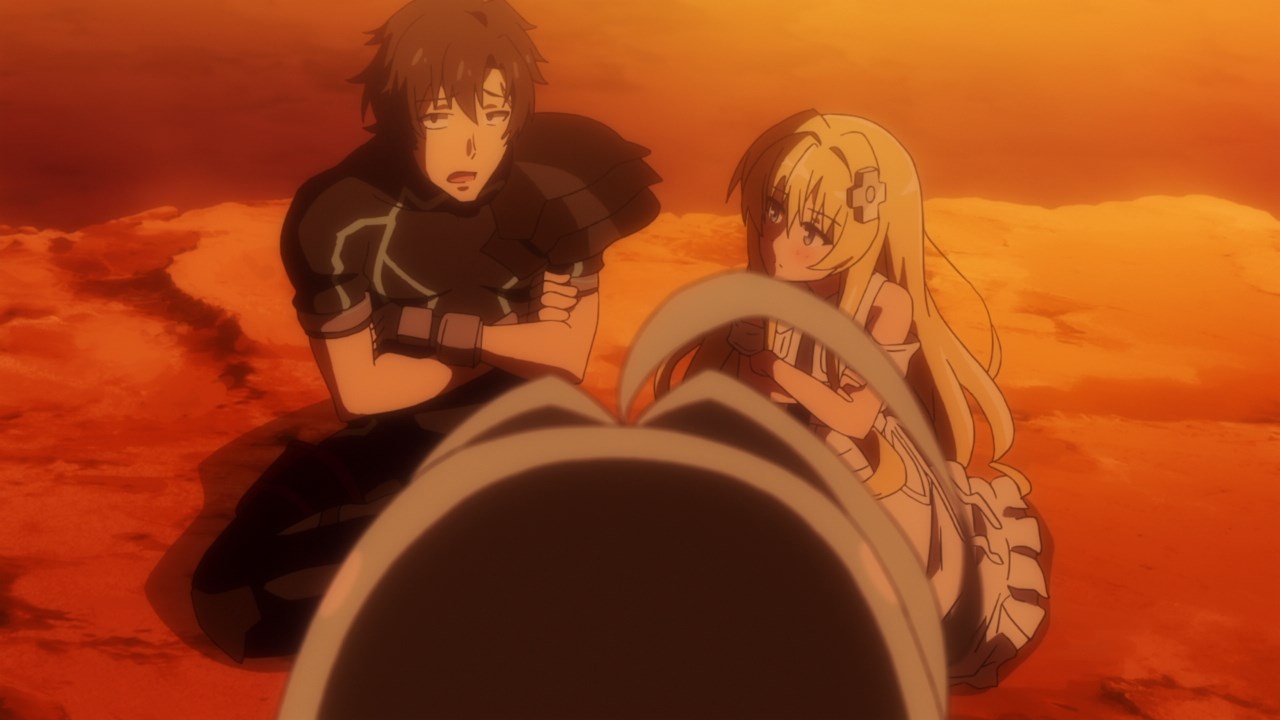 Well according to the combat agent and his android assistant, that’s both inefficient and somewhat amateurish for an aspiring baddie like Snow.

Sure that the knight loves money, but Snow is regarded as an amateur where she can’t do dirty things right. 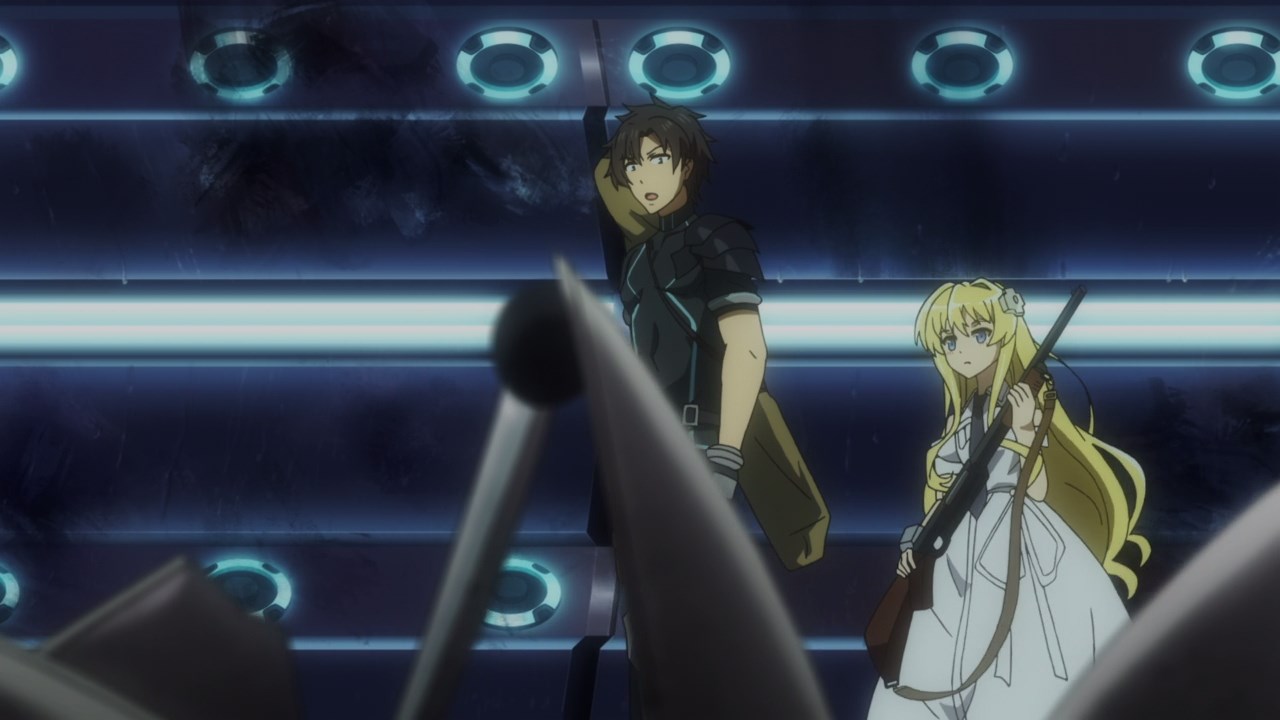 With that said, No. 6 and Alice’s plan will be tailing both Russel and Heine until they finally reach the chamber where the ancient weapon is stored there.

Oh yeah, as for those guardian robots? Both Russel and Heine have already taken care of it, meaning that there’s no need for No. 6 and his friends to do the heavy work on destroying those robots. 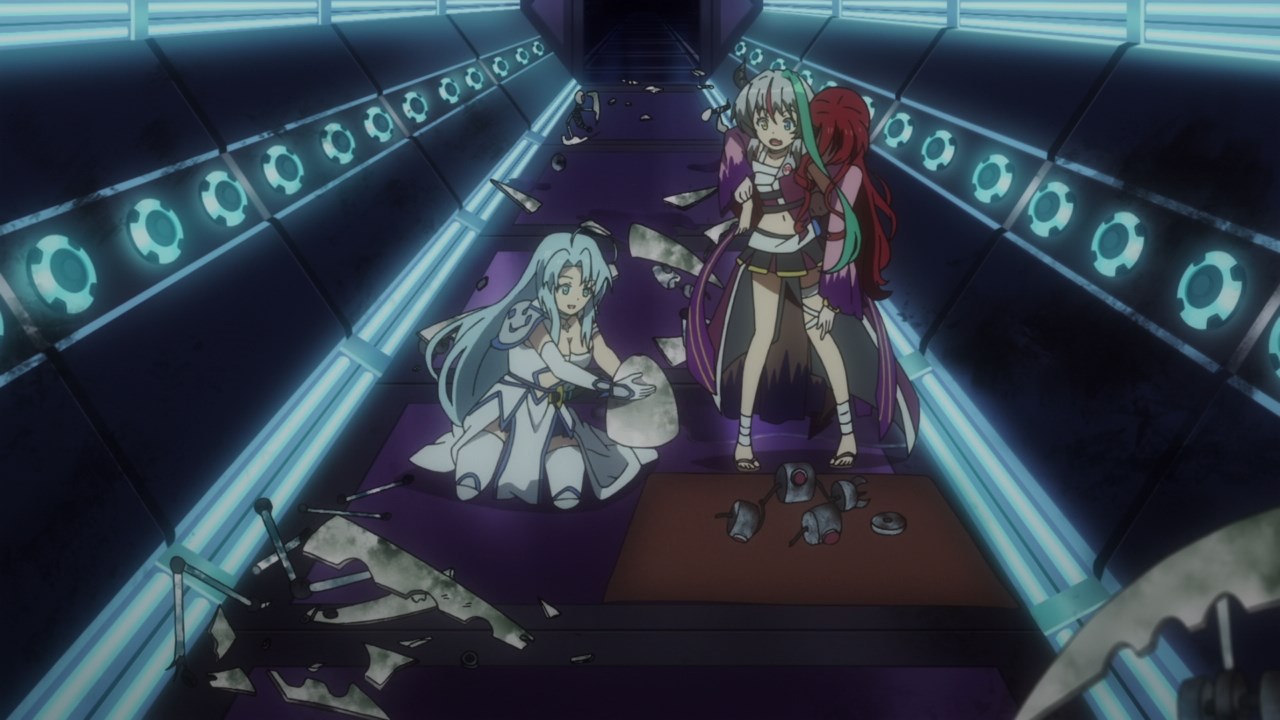 Then again, there’s Snow where she tries to pick up the pieces and sell them for a large profit. Um Snow, these pieces of junk are not worth selling by the way! 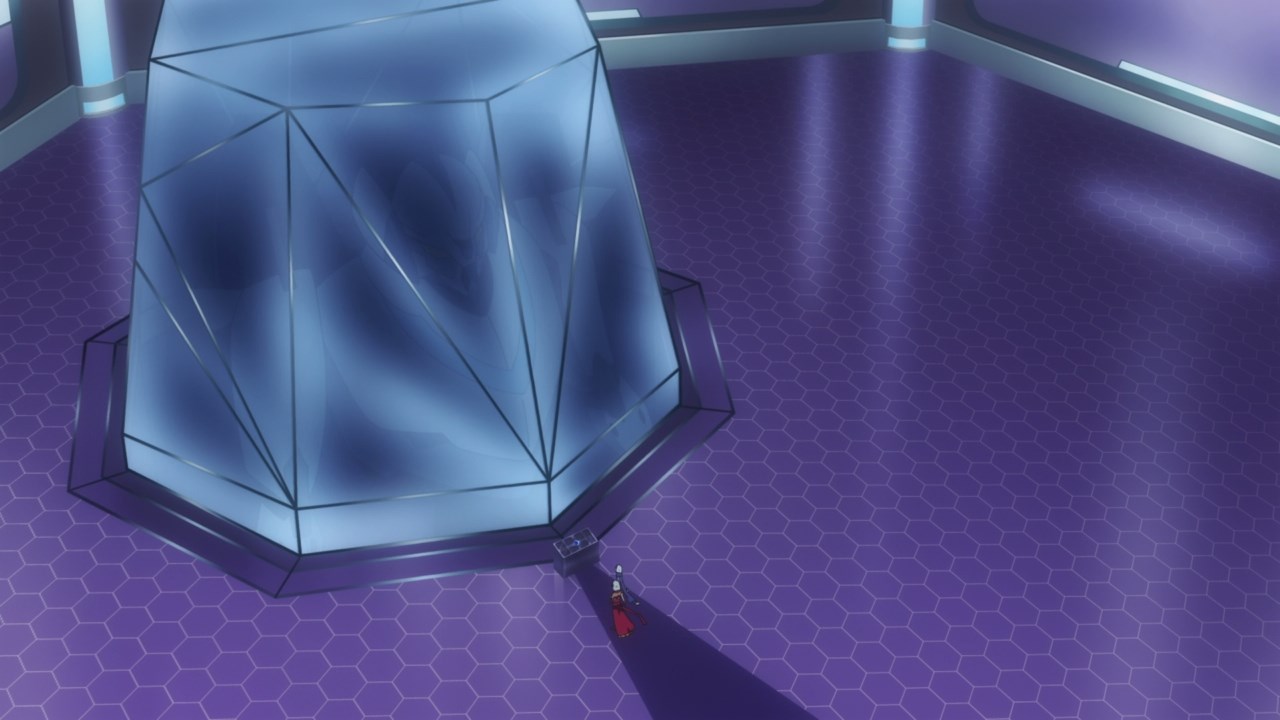 Now then, looks like the demon generals have finally reached the room where the ancient weapon is stored there.

Oh yeah, it turns out that the ancient weapon is actually a giant robot, perfect for destroying the Sand King. 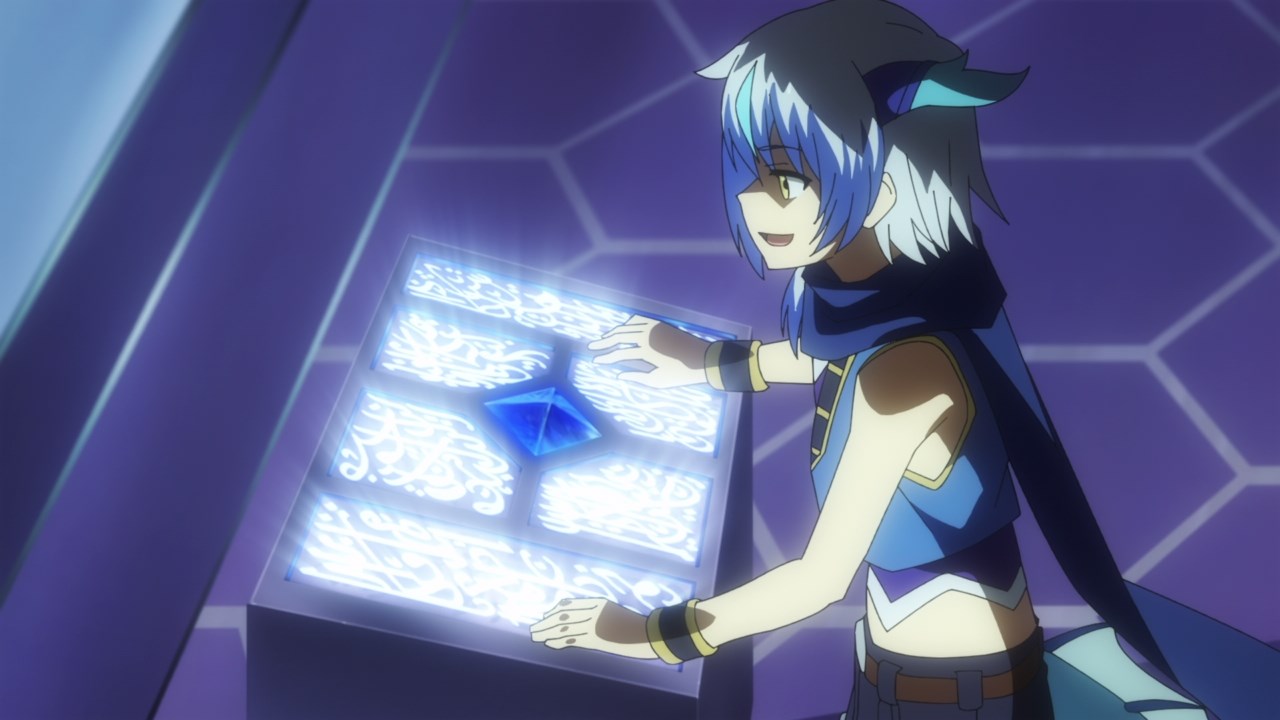 Of course, the only way to activate the robot is a chimera. Luckily, Russel of the Water is actually a chimera where he can control the robot easily. 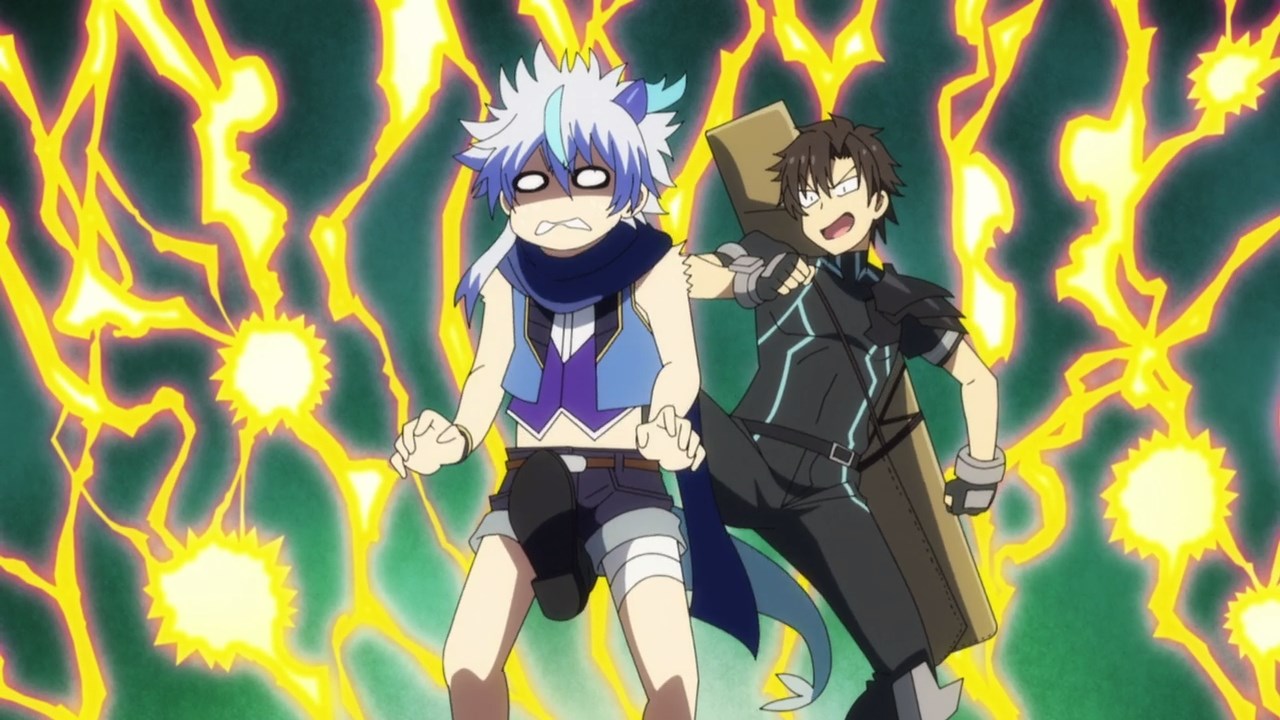 Unfortunately for Russel, looks like this chimera received a nice kick in the junk by No. 6. That’s gotta hurt! 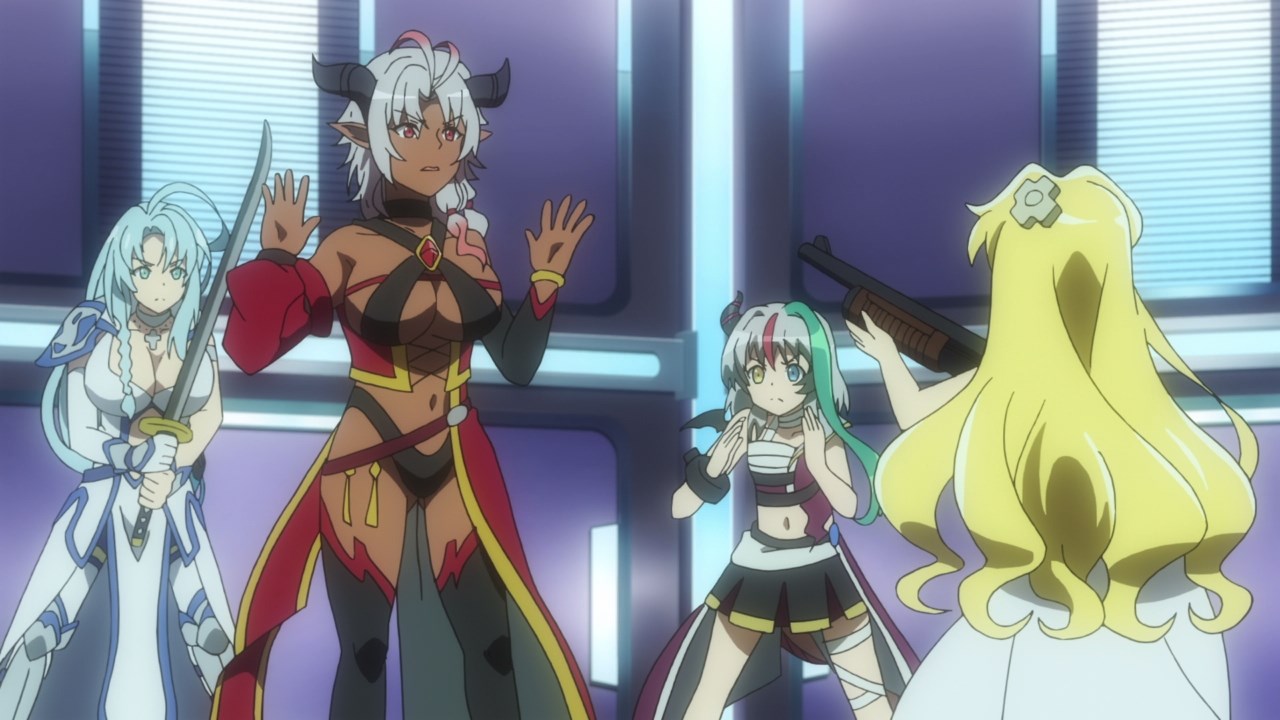 With that said, the jig is up for both Russel and Heine as No. 6 and his allies will take the giant robot under their noses. 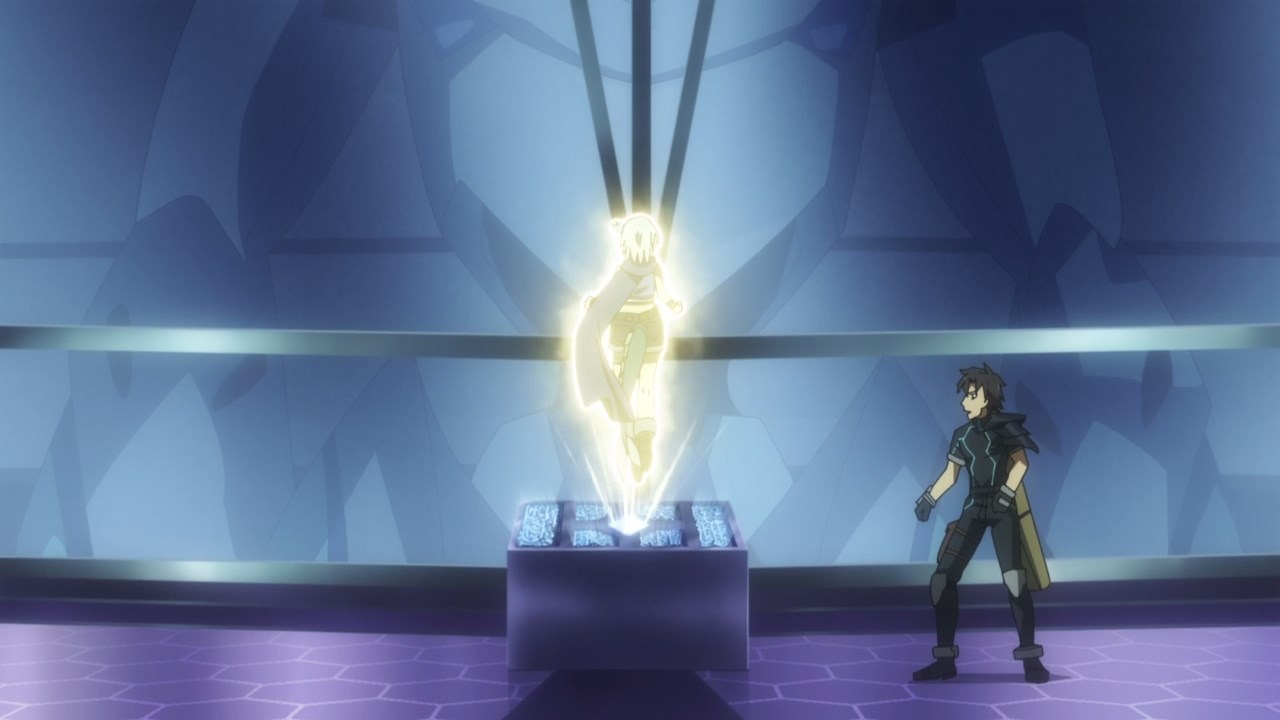 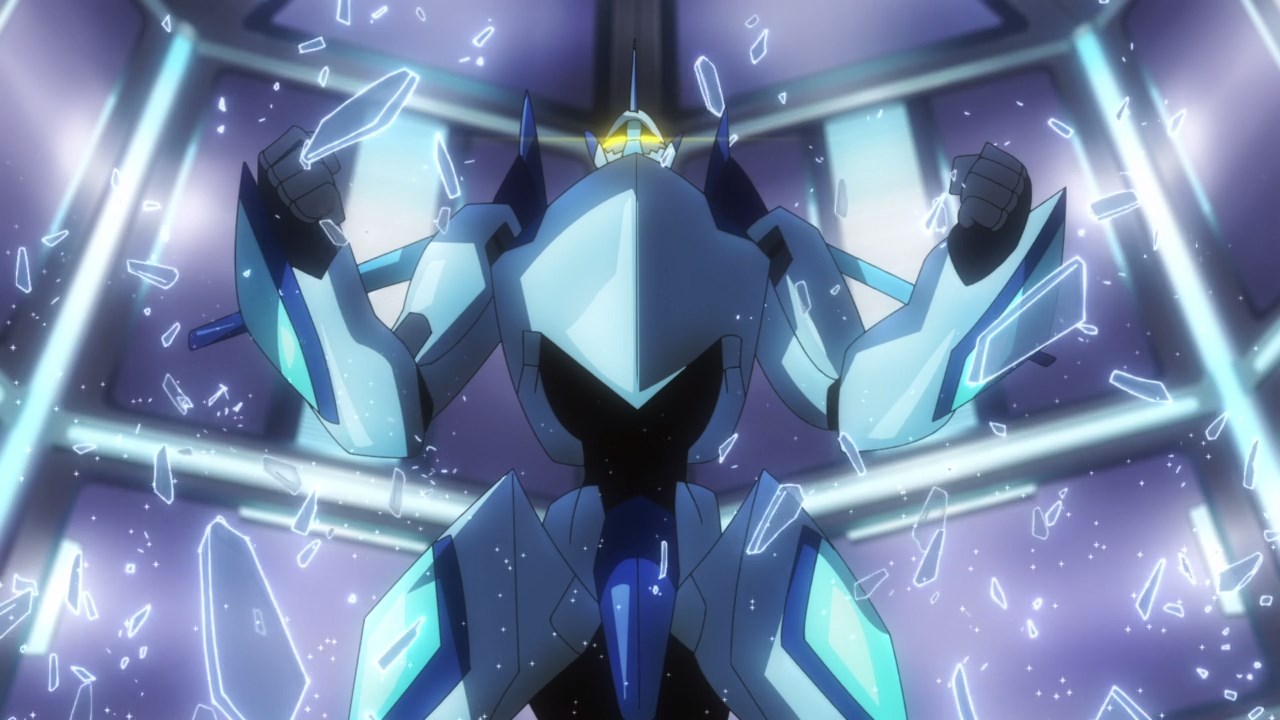 Not on Russel’s watch however as he finally got inside the giant robot. So much for stealing it by No. 6 in which the combat agent tries to nab the weapon from the demons once they’re very tired of fighting those guardians. 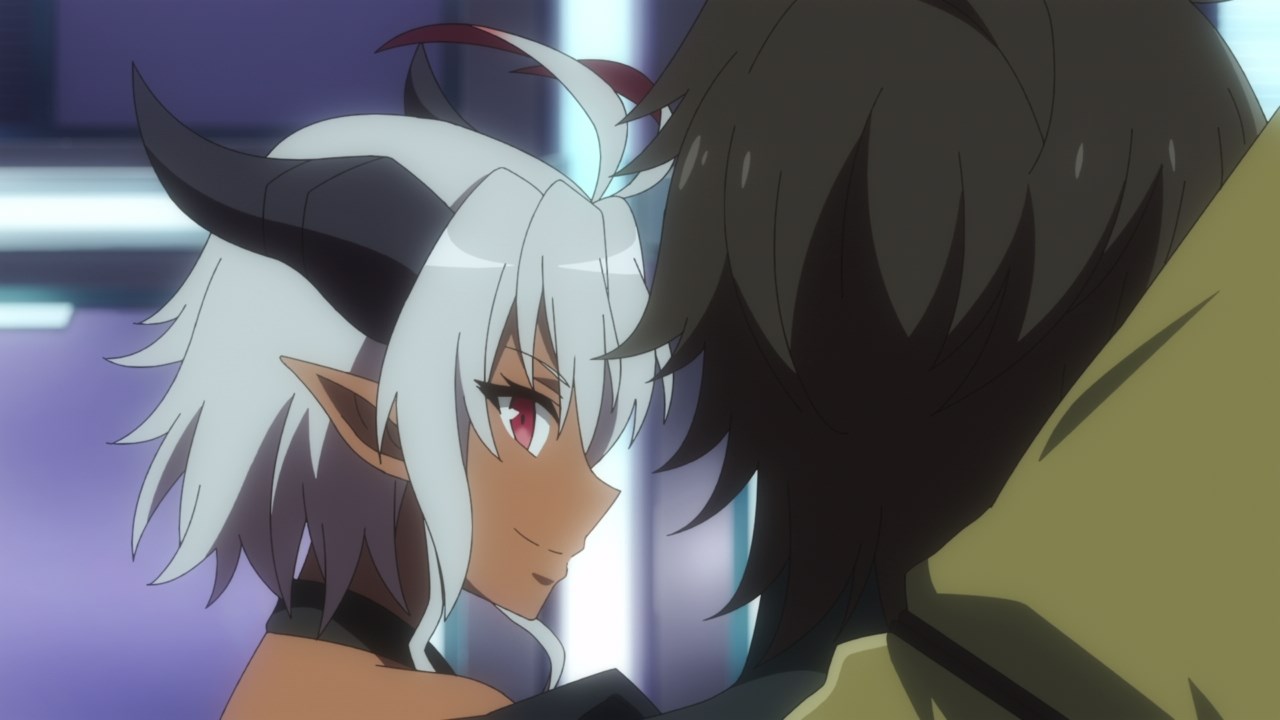 Oh and the worst part? Heine just made a smug face towards No. 6 as she finally got even on the combat agent. 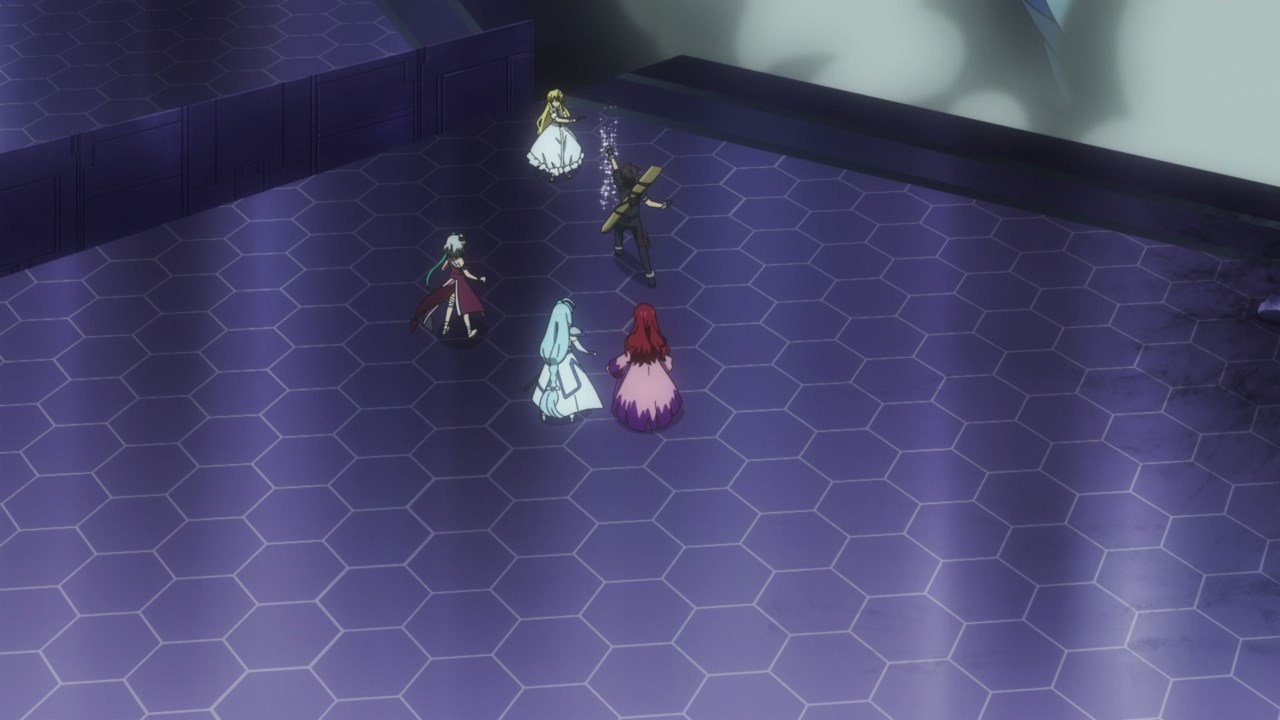 Well then, looks like Heine of the Flame will make her escape as she lets Russel of the Water do the dirty work on crushing both the Sand King and the humans. What a shame there but No. 6 has the last laugh! 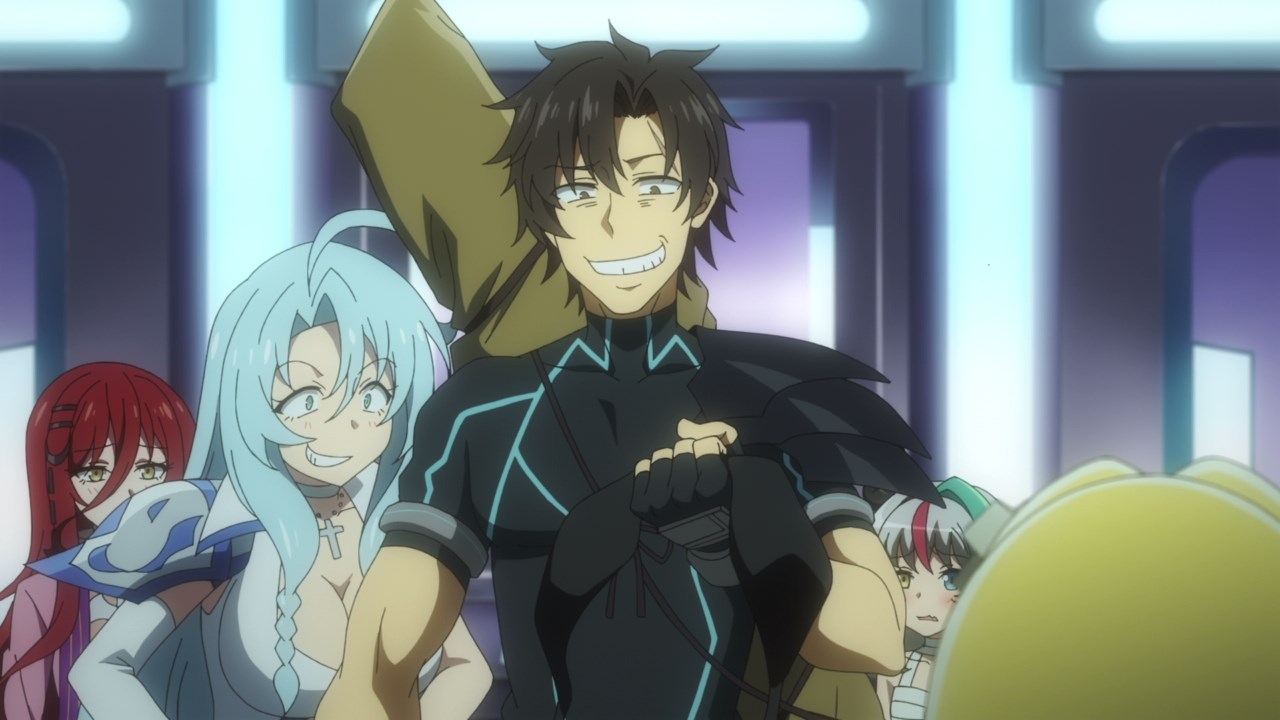 Anyways, the combat agent got Heine’s bikini top in which he not only got evil points, but he’s gonna use it to distract Russel! 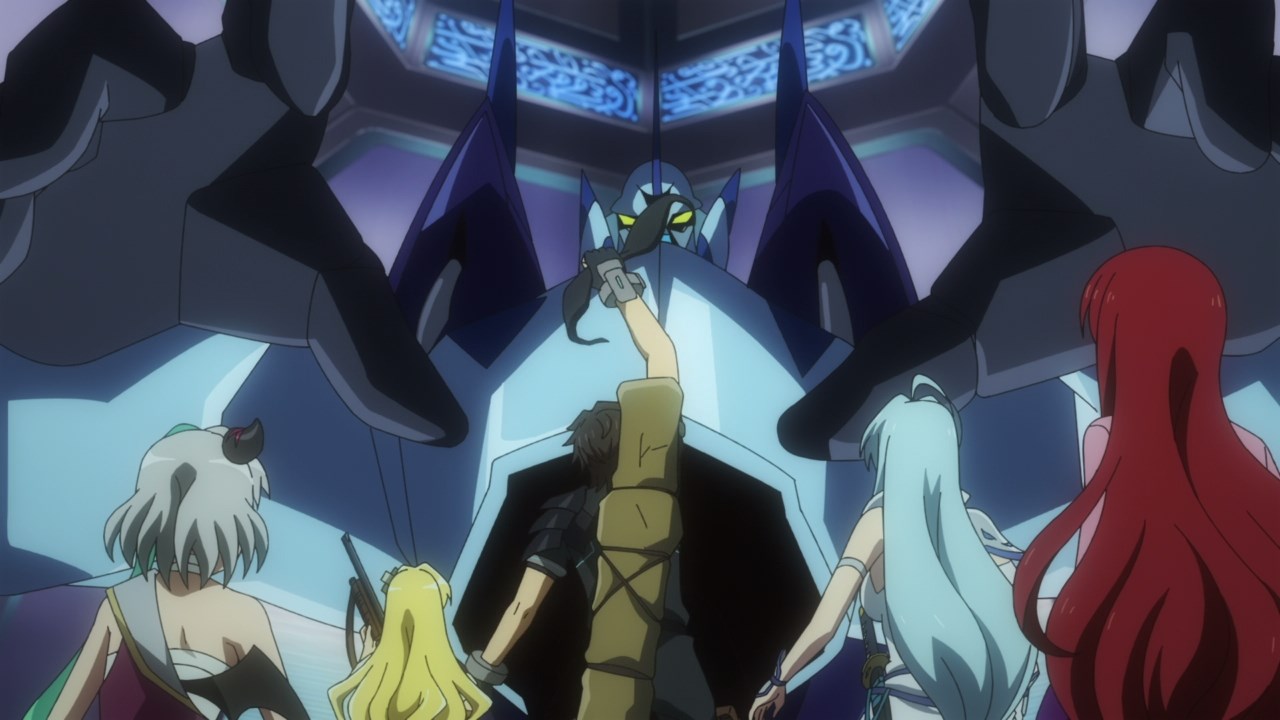 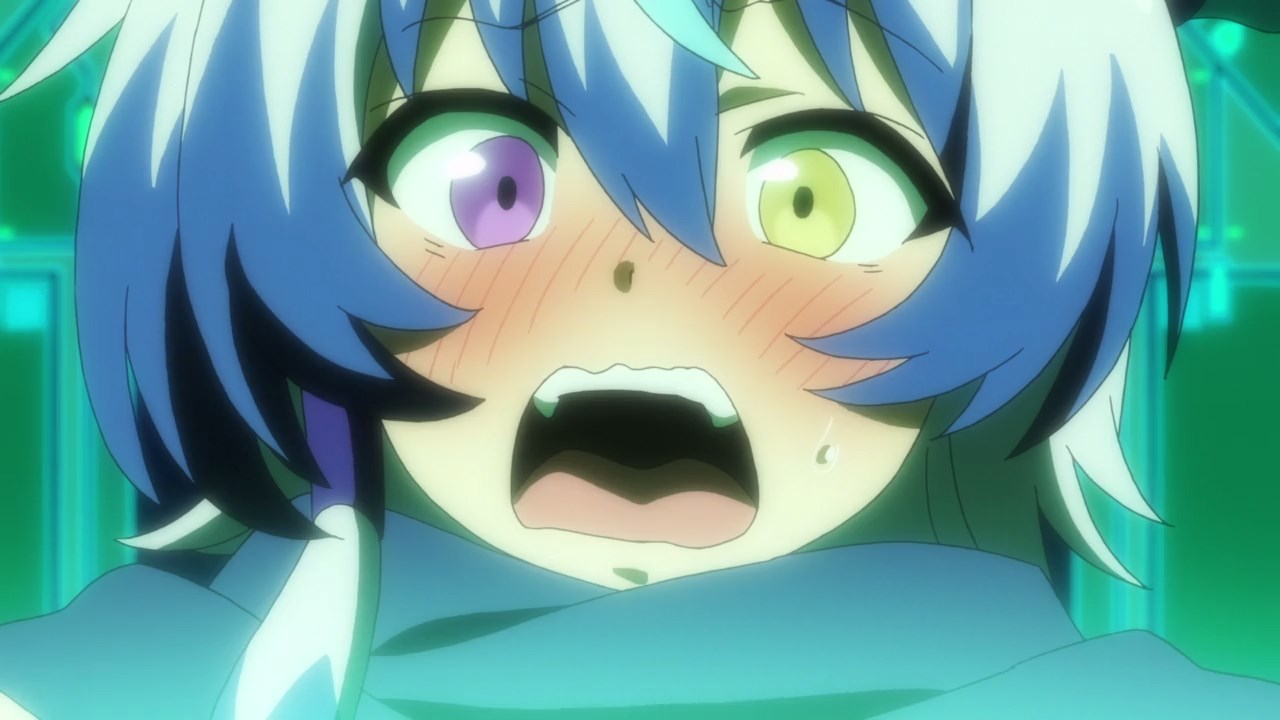 And speaking of Russel, he’s very embarrassed upon seeing Heine’s bikini top being flashed by No. 6. Geez, I bet that this chimera is actually a pervert where he wants to grab Heine’s tits! 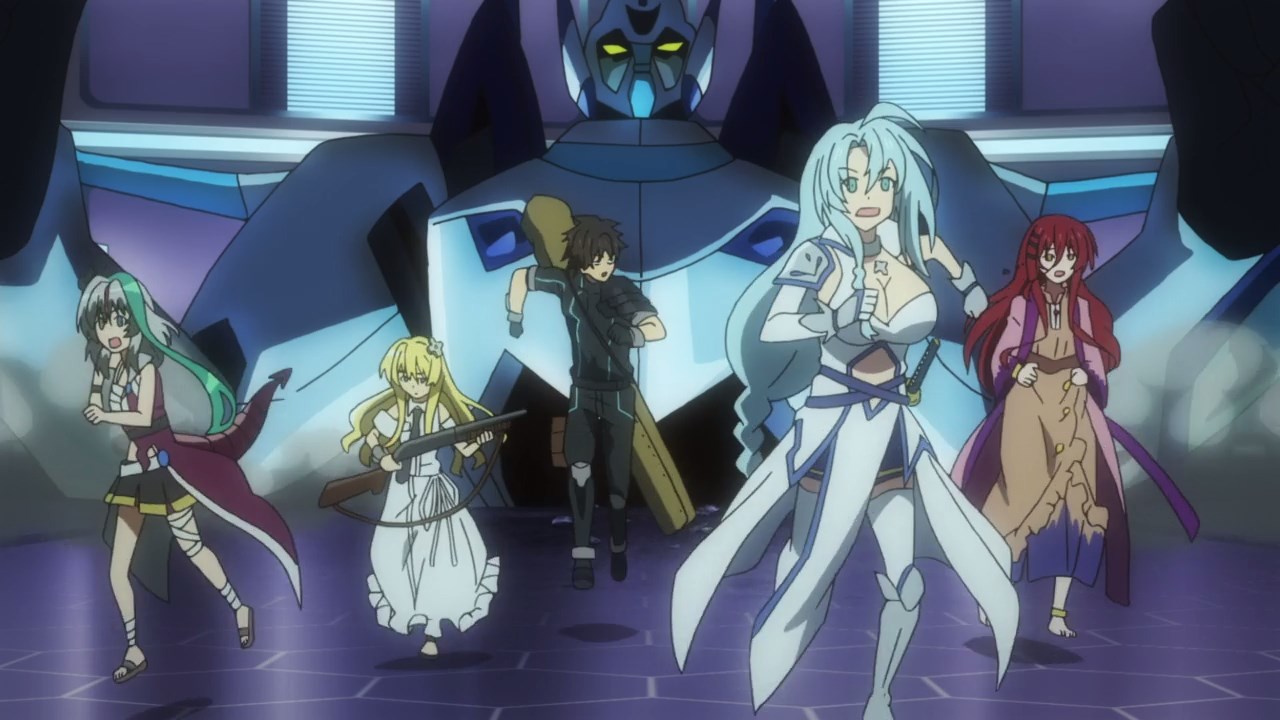 Well then, it looks like No. 6 and his gang will have to fight Russel now that he’s really pissed off.

Seriously, I bet that the combat agent and his crew might get obliterated on the final episode now that Russel is piloting a giant robot!